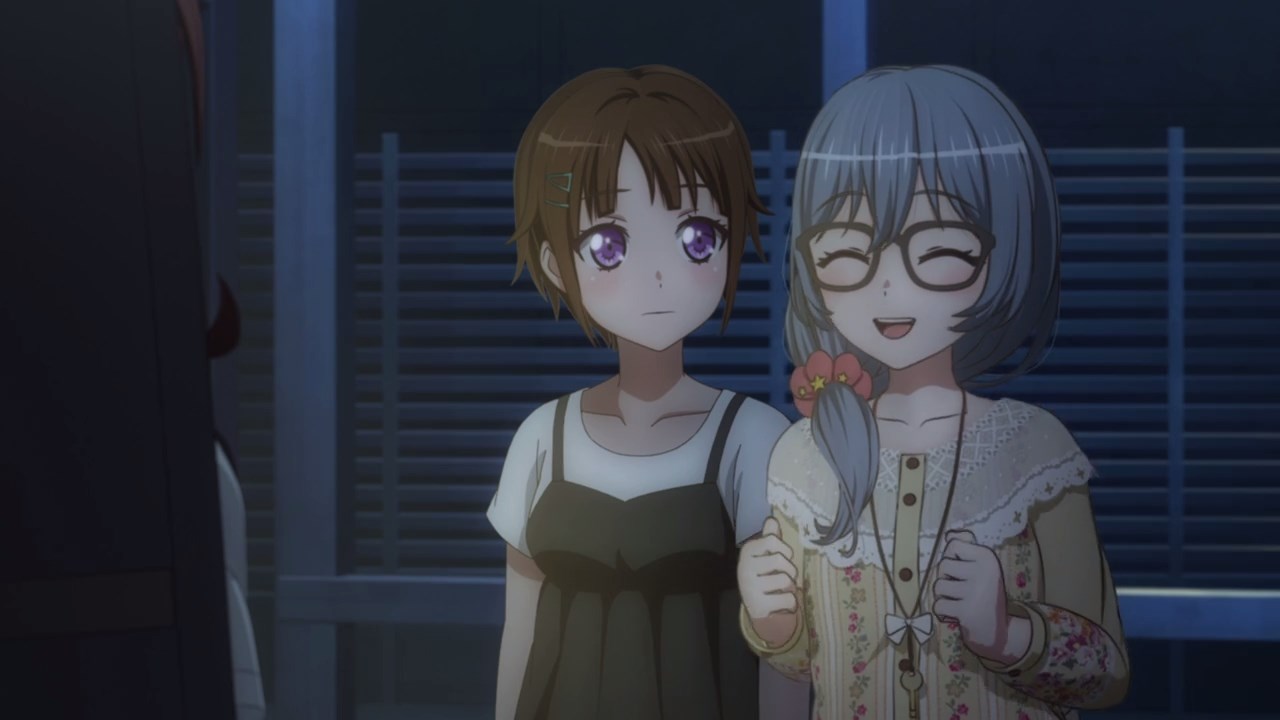 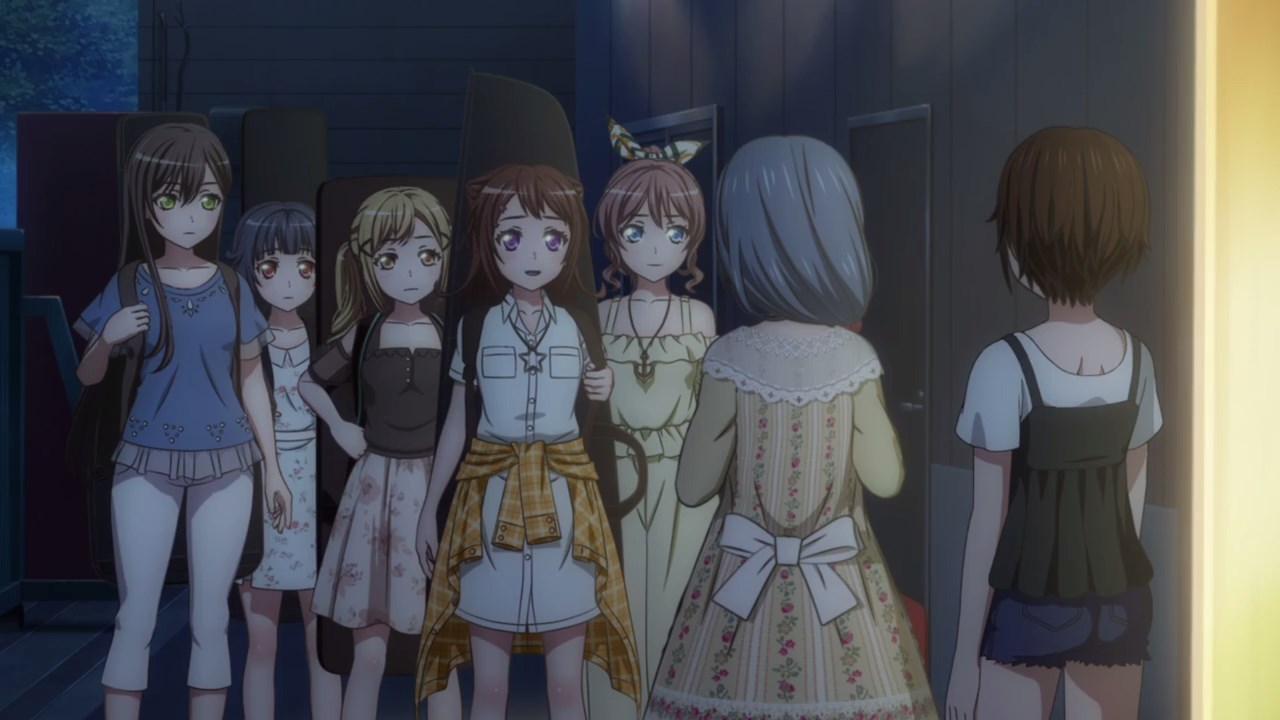 Oh yeah, about the self-sponsored concert? Let’s hold off for the time being as Kasumi Toyama said that they need lots of experience in order to be at the same level as Roselia. 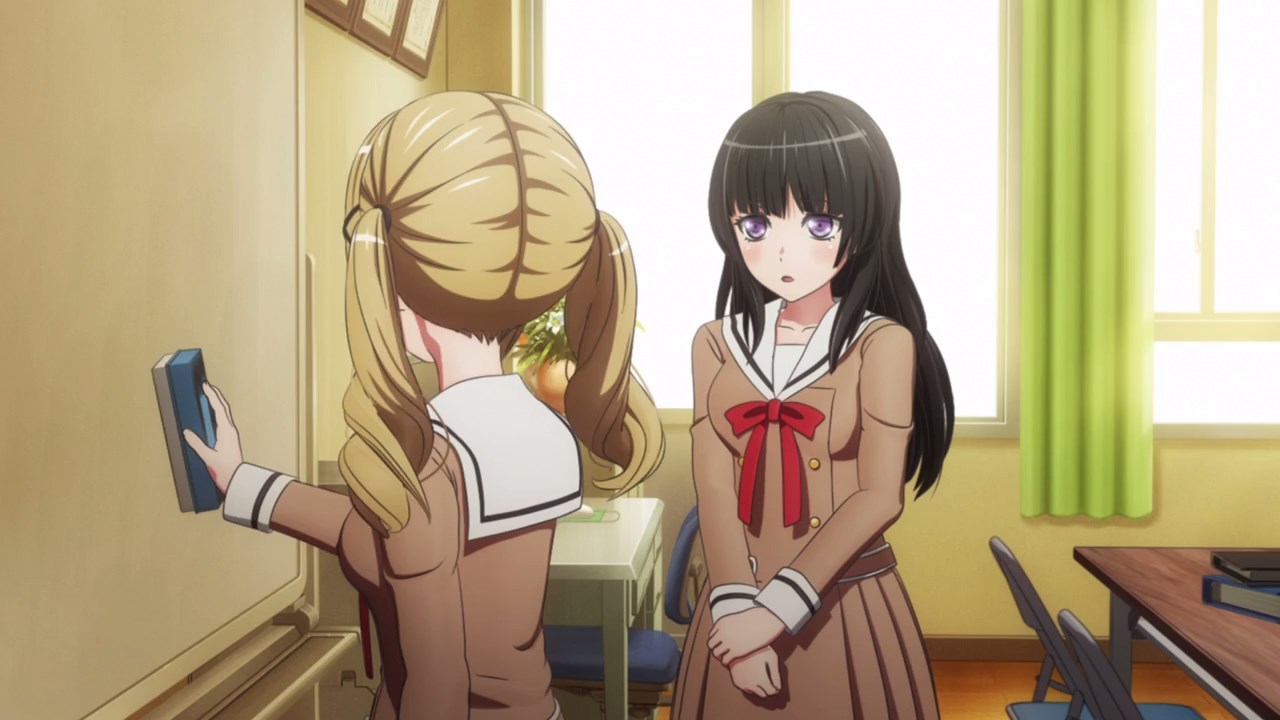 By the way, it appears that Rinko Shirokane apologized to Arisa Ichigaya for what Yukina Minato said on the previous episode.

But you know what, what Yukina said was not demeaning because she wants PoPiPa to grow in order to be at their level. C’mon, it’s not like they’re being jeered by Roselia and its passionate fans. 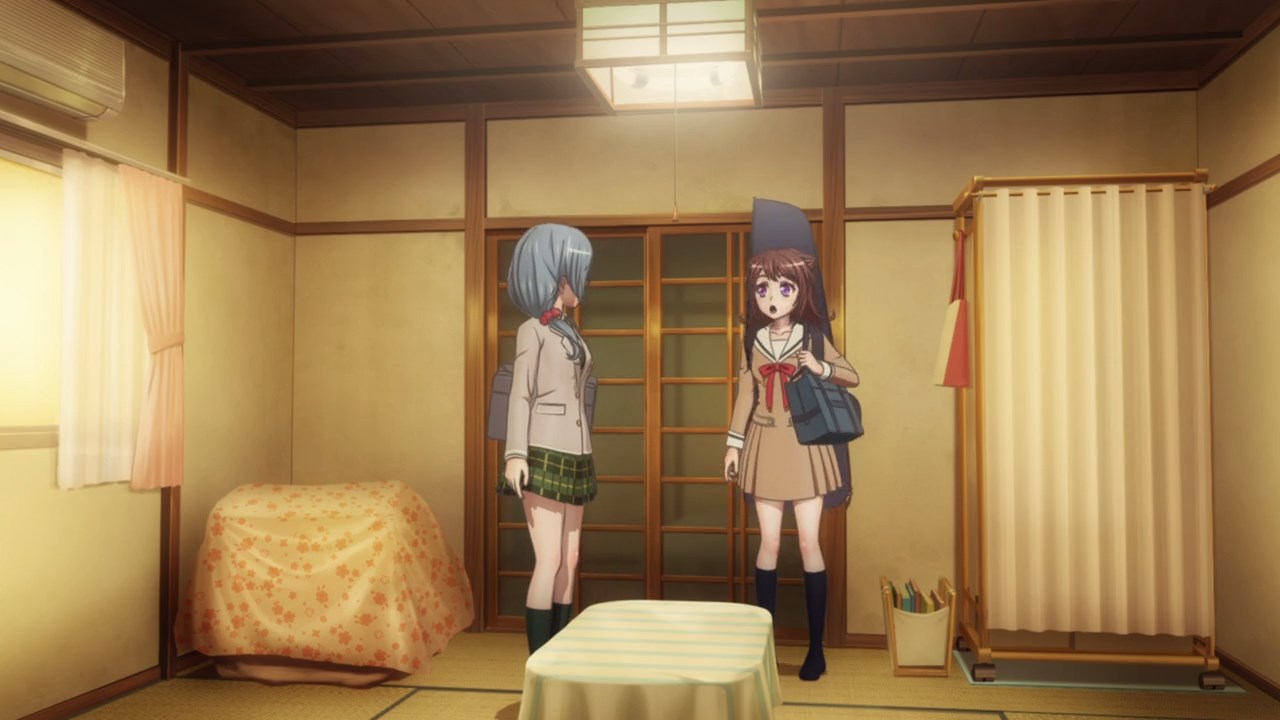 Now then, let’s move onto the next scene where Rokka invited Kasumi to her apartment, which situated atop of a bathhouse.

Oh, and she’s not paying for her rent because Asahi is working part-time at the bathhouse, which means that Rokka is staying there for free. 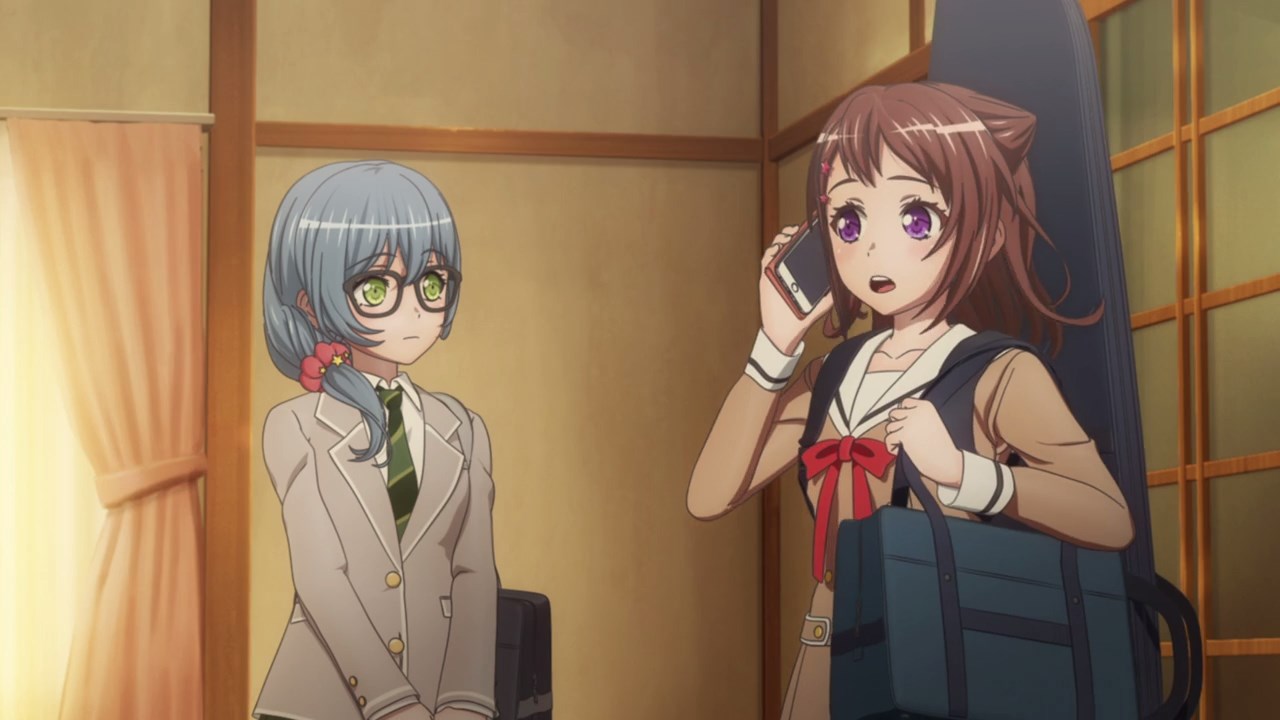 On the other hand, it appears that Kasumi got a call from Arisa-chan, telling Kasumi to come to her mansion because Poppin’ Party can’t perform without her. 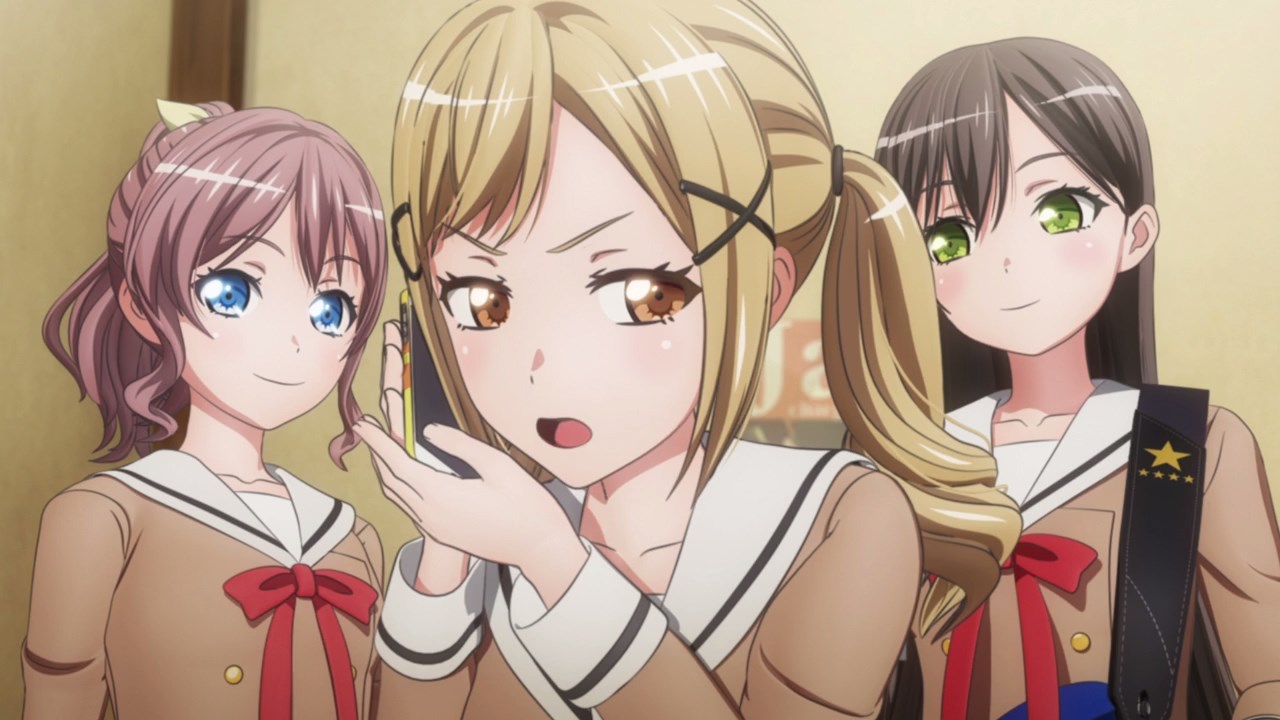 But you know what, the reason why Arisa Ichigaya wants Kasumi Toyama to her mansion is because she can’t perform well without her.

C’mon, Arisa loves Kasumi so much, yet she’s denying it even if her face shows it! Oh, and both Saya Yamabuki and Tae Hanazono are noticing Arisa’s true feelings too. 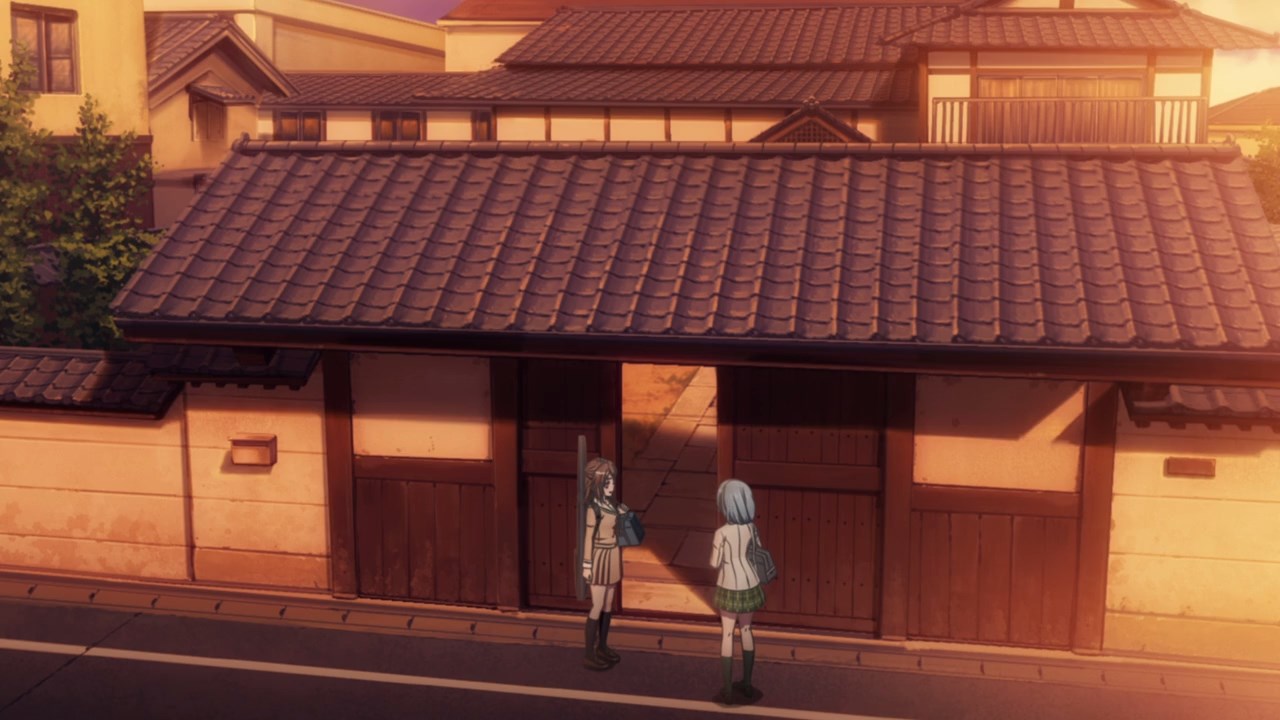 With that said, Kasumi Toyama invited Rokka Asahi to Arisa’s mansion where Rokka was surprised how it’s big compared to hers back in Gifu Prefecture. 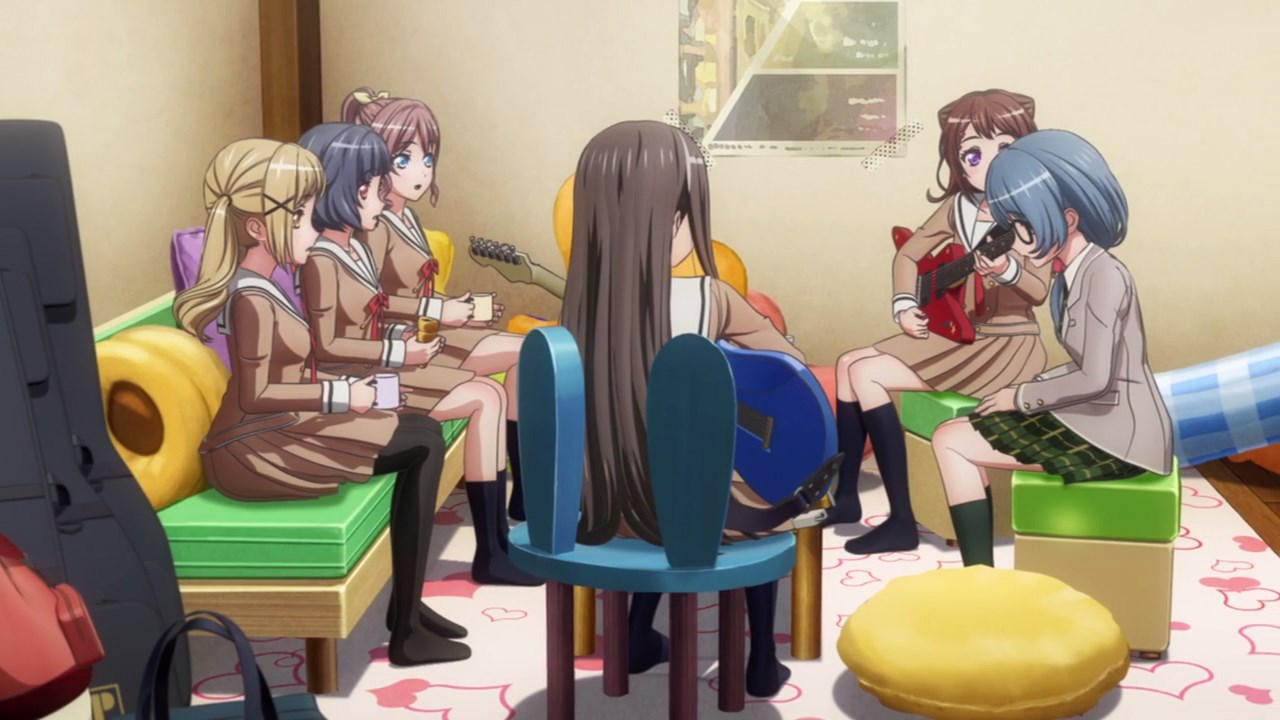 Anyways, Rokka told everyone that the reason why she went to Tokyo and work at the Live House Galaxy because she joined a girls band in her hometown, but had to stop as her band-mates are focusing on the high school entrance exam.

However, her love of rock music was reignited when Rokka went to Live House Space to watch Poppin’ Party’s performance that she wants to dust off her guitar and play. Of course, Asahi will need to find a band or make one. 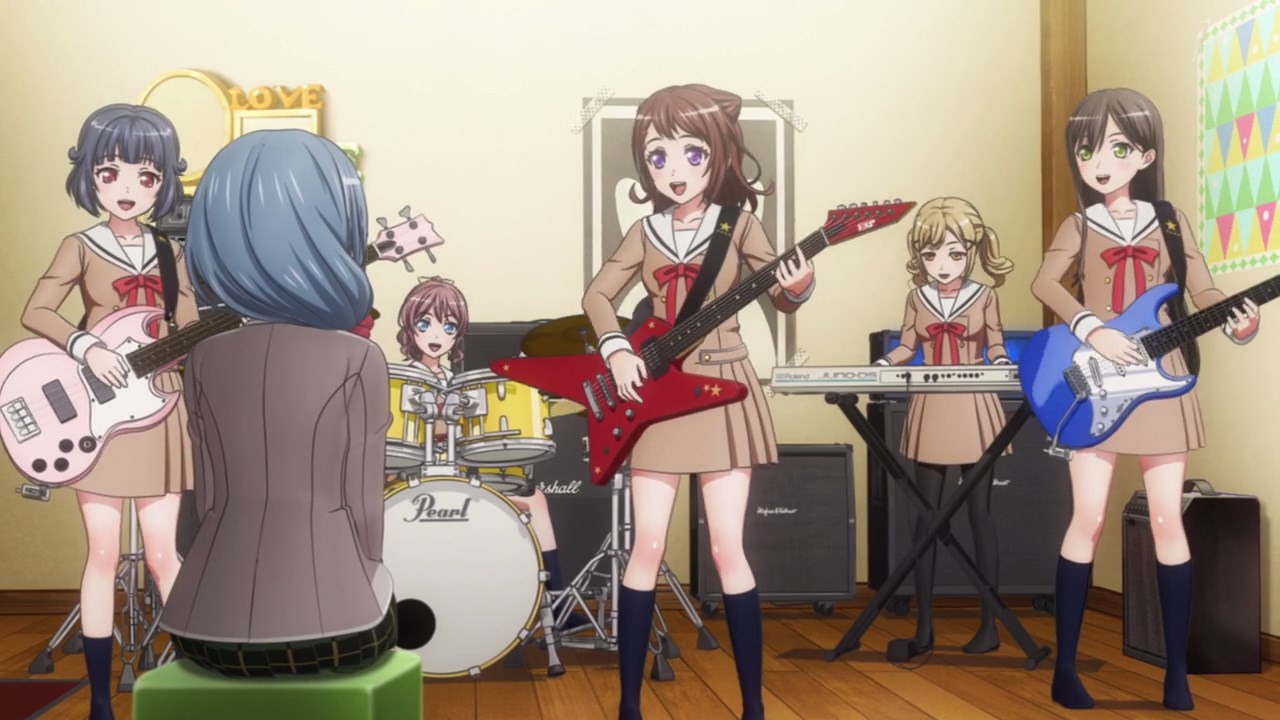 For now, it’s time for Kasumi Toyama and the rest of PoPiPa to perform one of their songs which used as the ending theme of Season 1, “Kirakira datoka yume datoka ~Sing Girls~”. 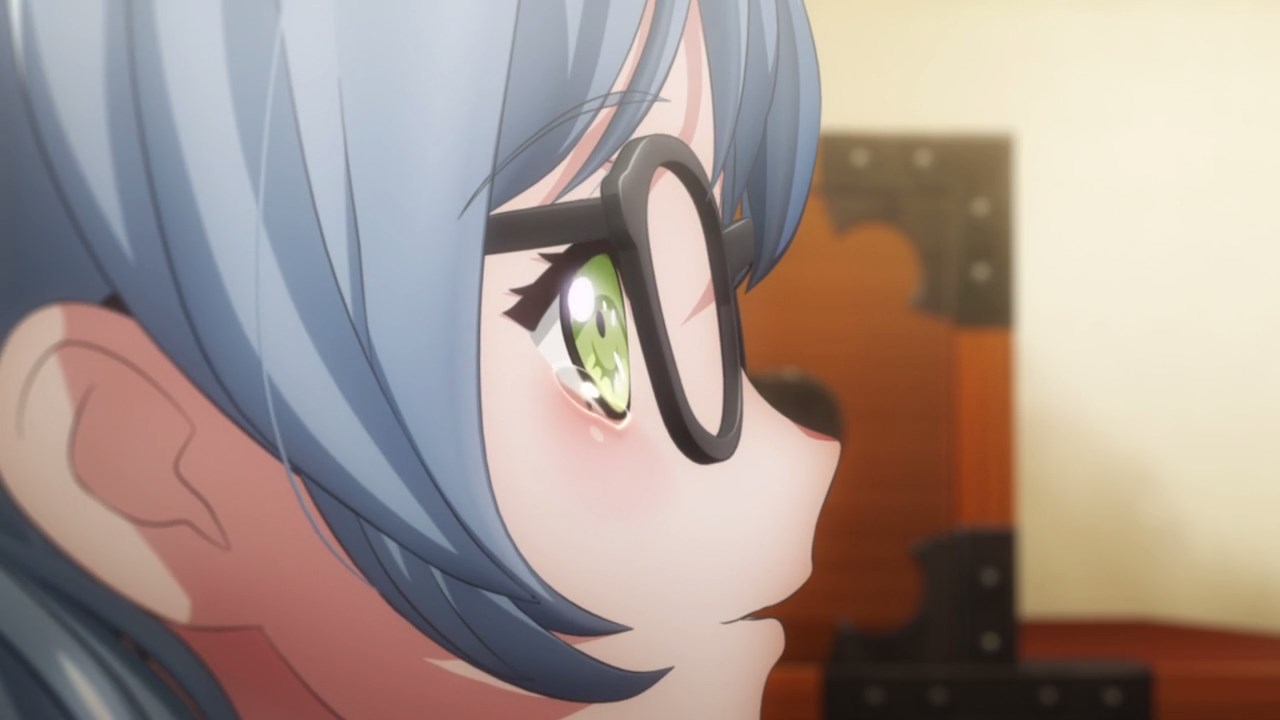 And once Rokka heard their music, she’s getting teary-eyed that Asahi remembered those times back at her hometown. 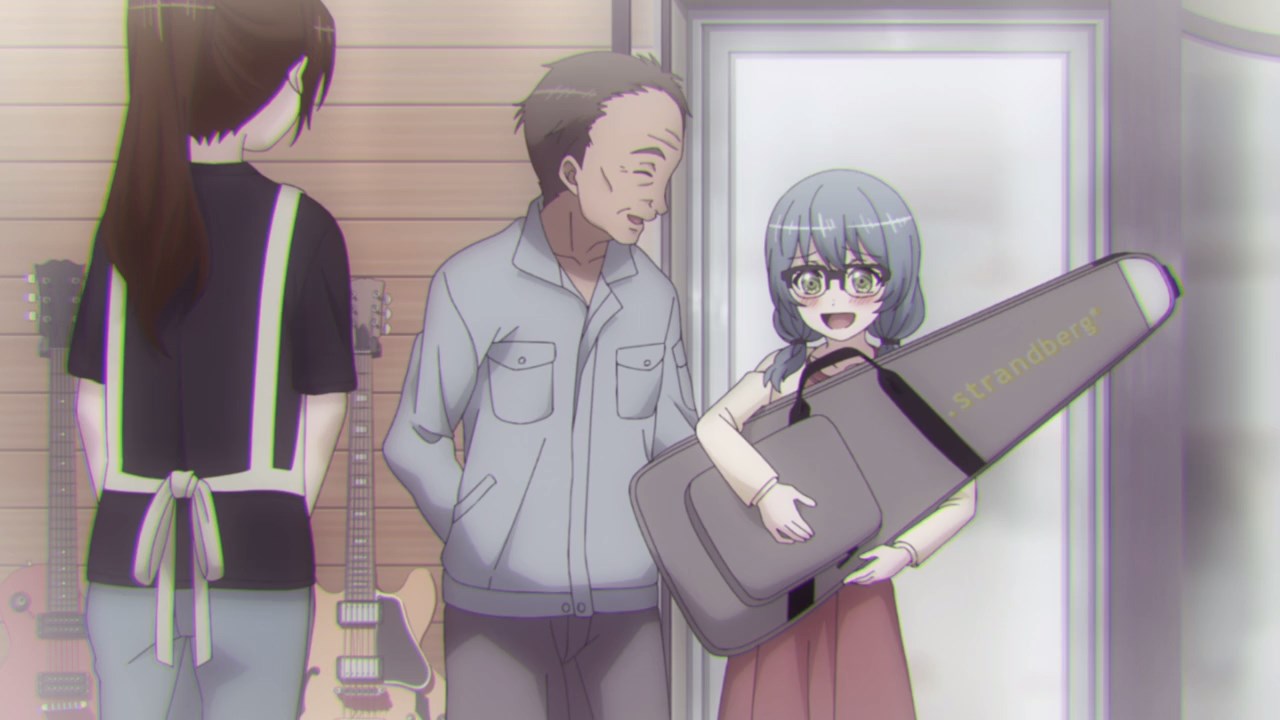 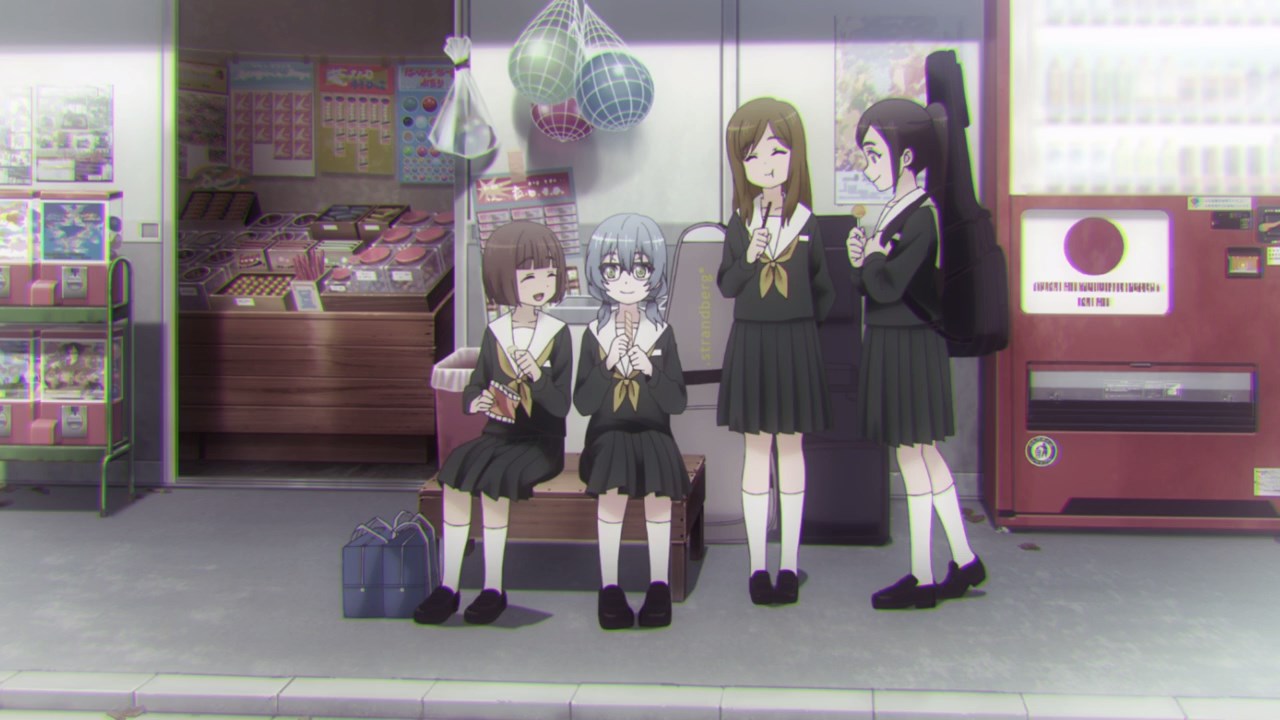 From getting her first guitar to performing rock music with her friends, Rokka Asahi cherished those memories throughout her life as she wants to continue her rockstar journey in Tokyo. 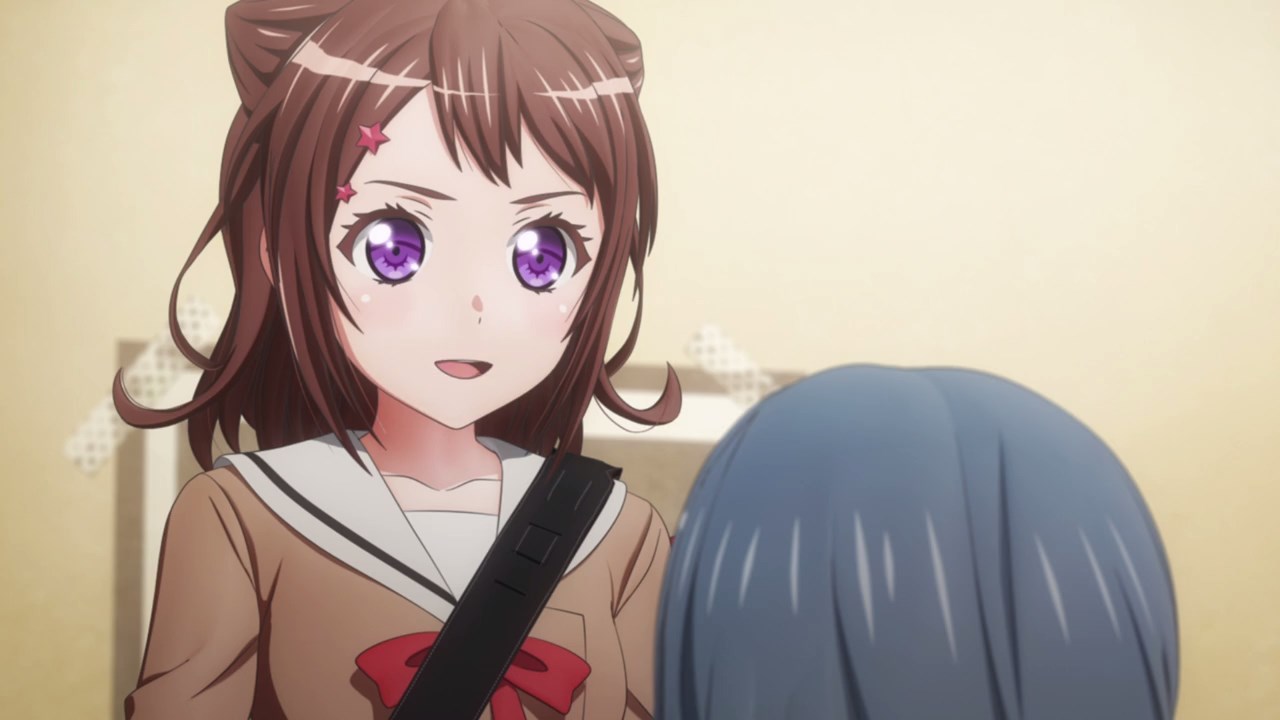 And as for PoPiPa, it appears that Kasumi Toyama and the rest are determined to improve themselves so that they can have their own self-sponsored concert.

Anyways, Kasumi promised to Rokka that Poppin’ Party will get better not just for her, but for the fans! 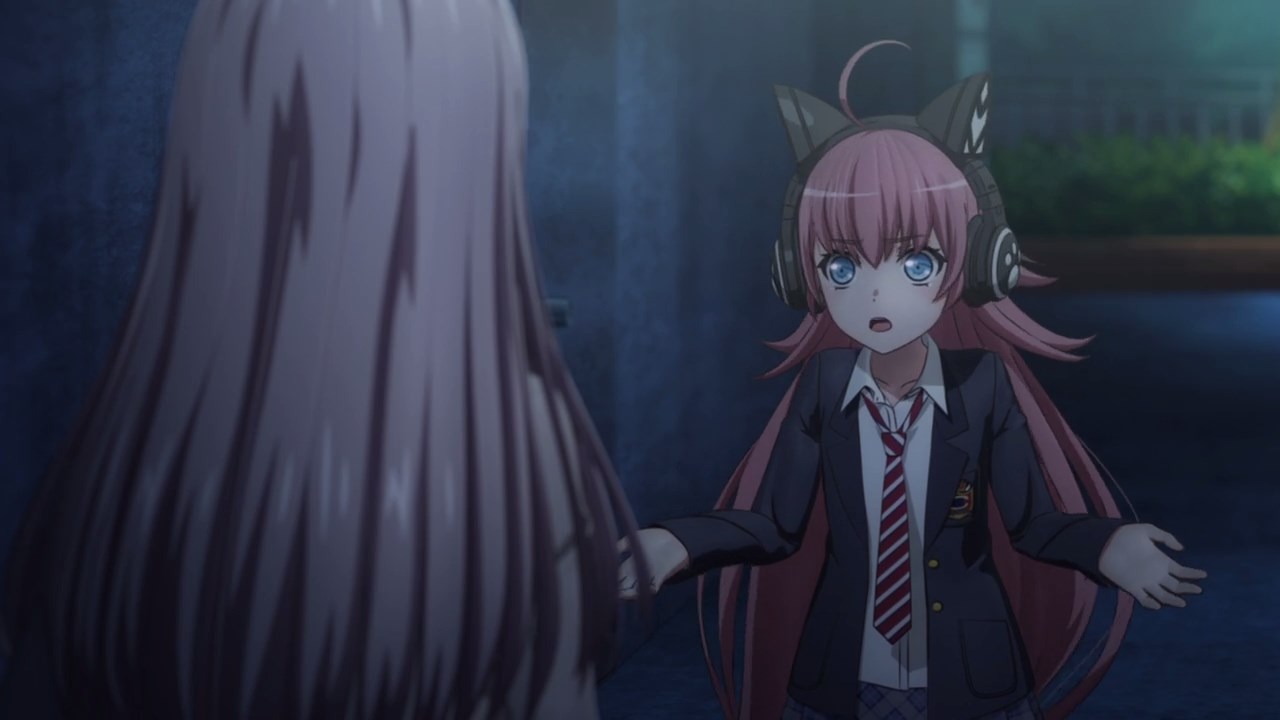 One last thing, seems that this girl from the previous episode wants to collaborate with Roselia as a producer.

Named Chu2 (pronounced as Chu Chu), she wants to elevate Roselia to greater heights when they accept her, because Chu2 believes that they’re the perfect combination. 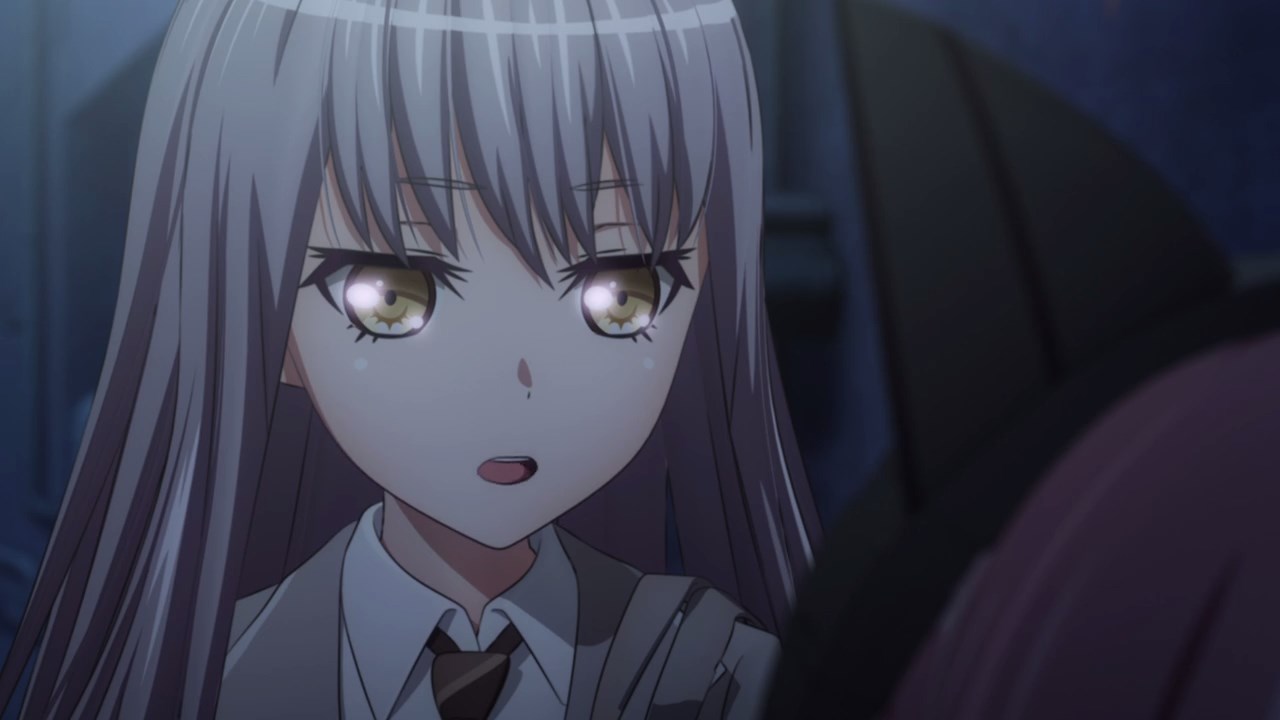 However, Yukina Minato declined Chu2’s offer as they don’t need a producer to achieve greater heights when she and the rest of Roselia can do it on their own. Well, looks like Chu2 has no choice but to make her own girls band!

But that’s about it for the 3rd episode. Honestly, I like how Rokka Asahi was inspired by Poppin’ Party to do what she loved, playing the guitar together with her band-mates. Of course, Rokka needs to find some members first. In any case, I’ll see you next time where I want to see other girls band apart from Roselia and PoPiPa.