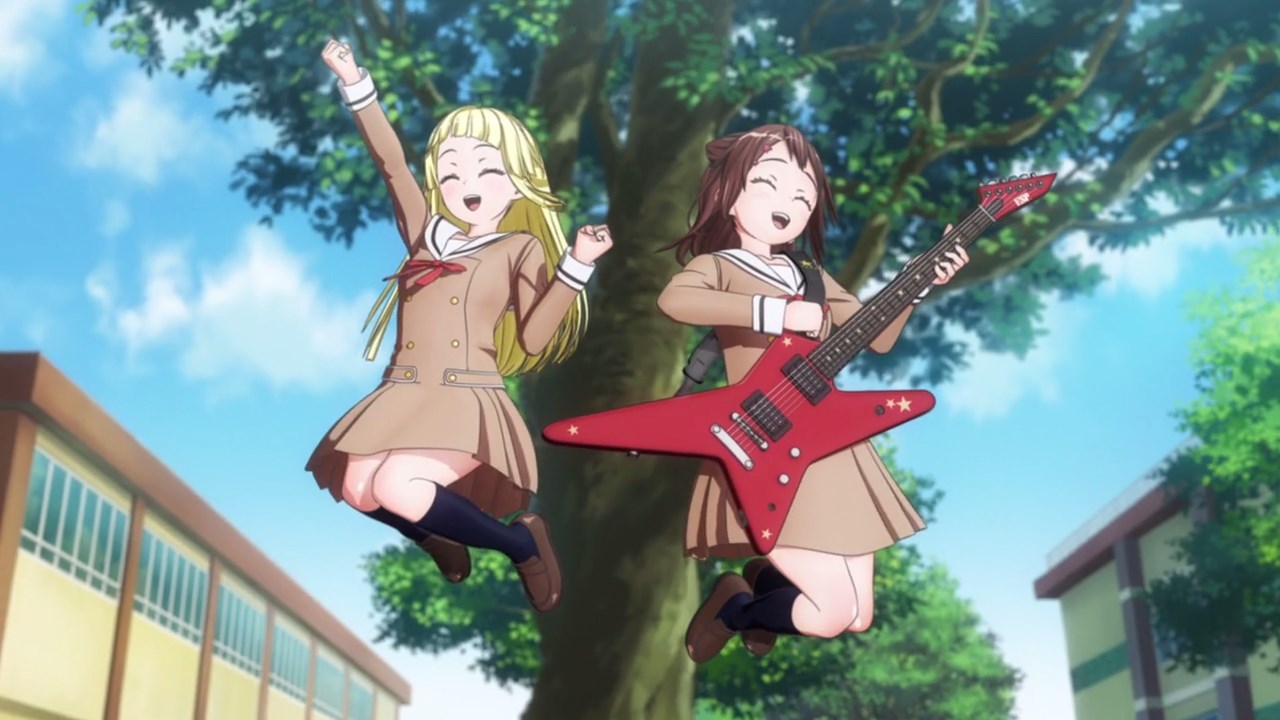 It’s time for the fourth episode where Kasumi Toyama is joined by Kokoro Tsurumaki, the frontgirl of Hello, Happy World! who wants to bring happiness to everyone. 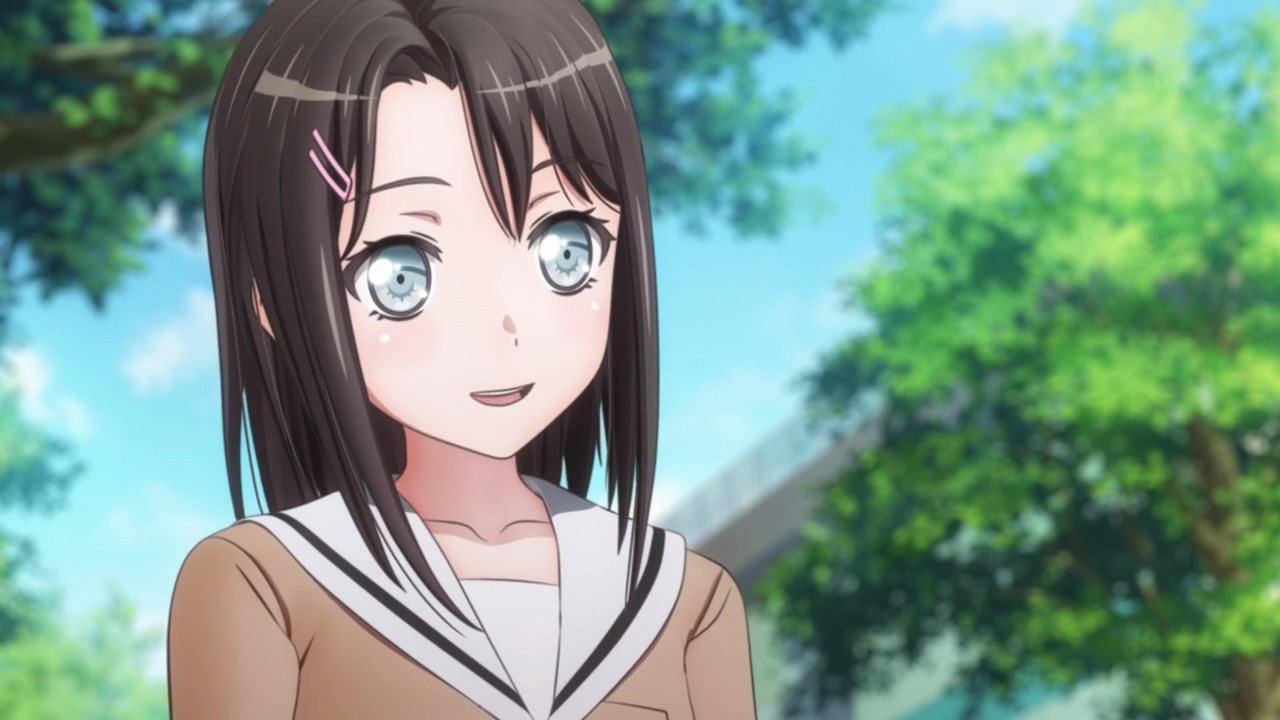 Oh and this girl, it’s Misaki Okusawa who’s just a friend to Kokoro Tsurumaki and a part-time manager of Hello, Happy World! Well, forget about the manager part ’cause Misaki has a bigger role in band itself. 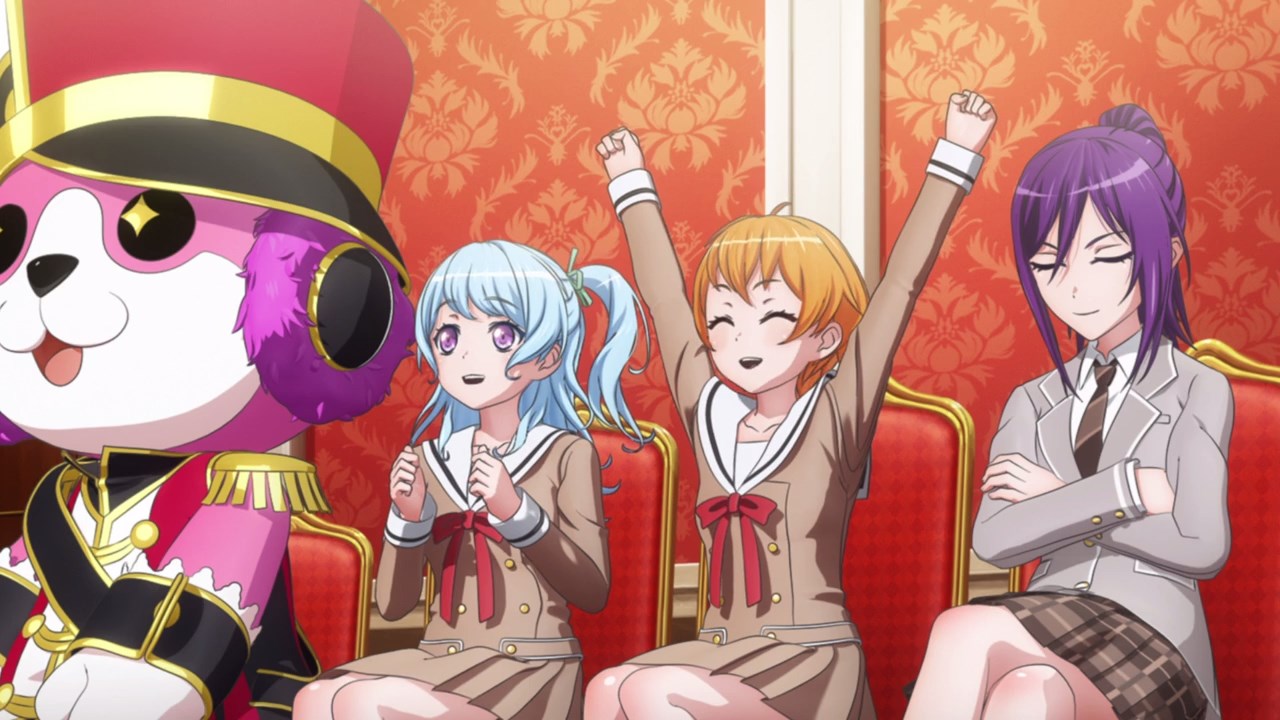 And here’s the band itself as Hello, Happy World! has some quirky members starting from the right is Kaoru Seta, the cassanova of the band who loves to charm girls. There’s also the tomboy Hagumi Kitazawa, Kanon Matsubara who always getting flustered, and Michelle… just Michelle.

Oh and what about Misaki Okusawa? Turns out that Misaki is wearing that Michelle suit. Oh yeah, and only a few of them knows who’s wearing the Michelle suit like Kanon Matsubara for example. The rest of the band are oblivious to Misaki’s secret identity. 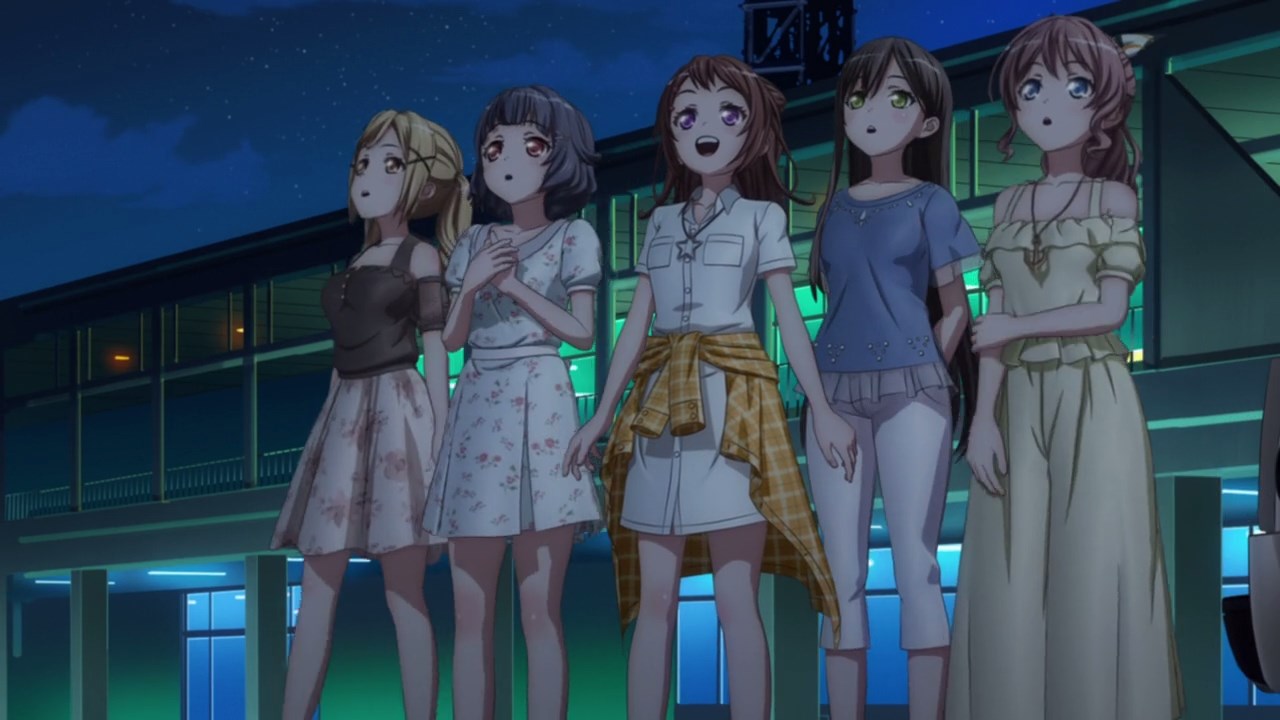 Anyways, it’s time for the main event as Poppin’ Party was invited by Hello, Happy World! for a special concert… 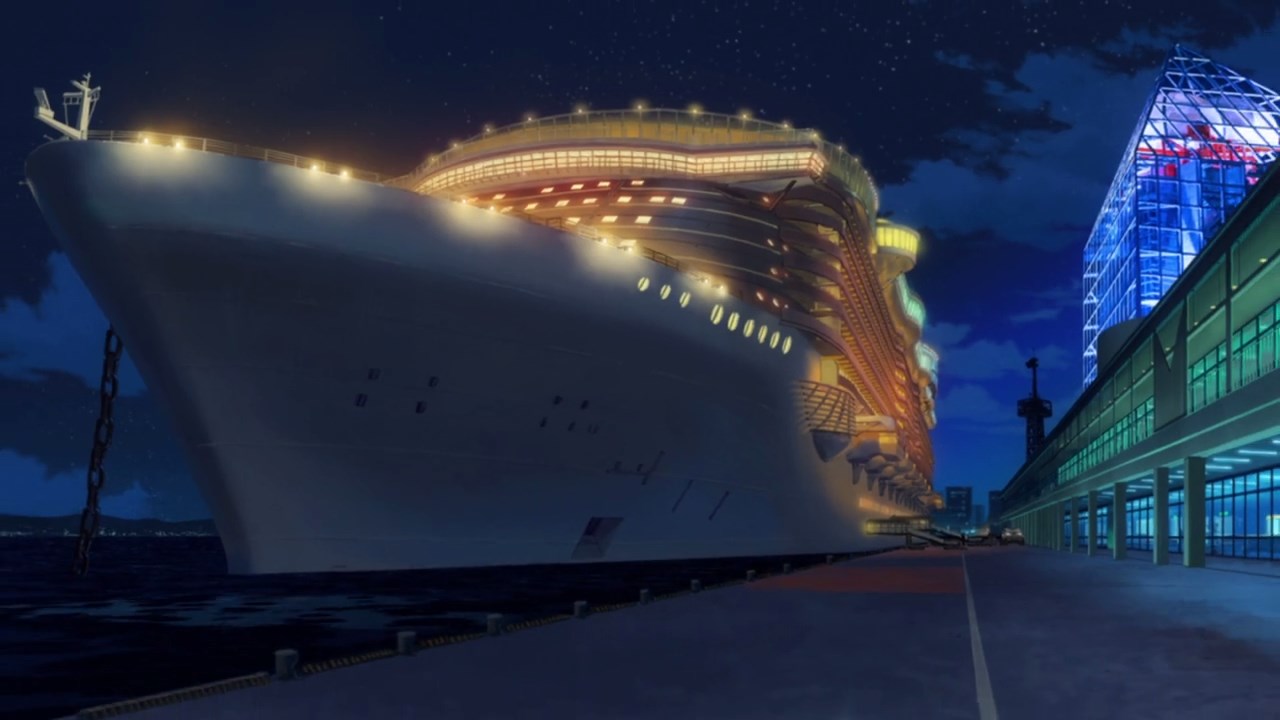 …at the S.S. Happy, a cruise ship owned by the Tsurumaki Family. Wait, Kokoro is a rich girl!? 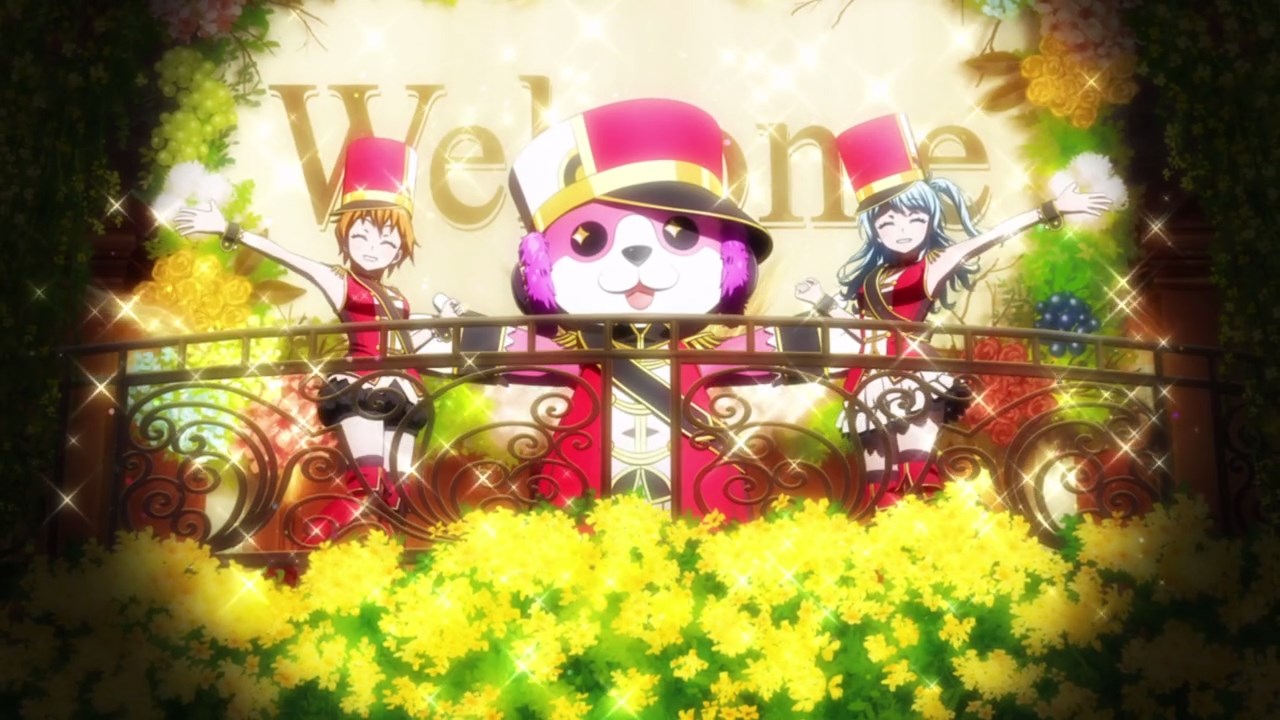 With that said, time for Hello, Happy World! to start their show at the S.S. Happy with their jazzy song “Goka! Gokai!? Phantom Thief!” and man, gotta love the atmosphere inside the cruise ship. 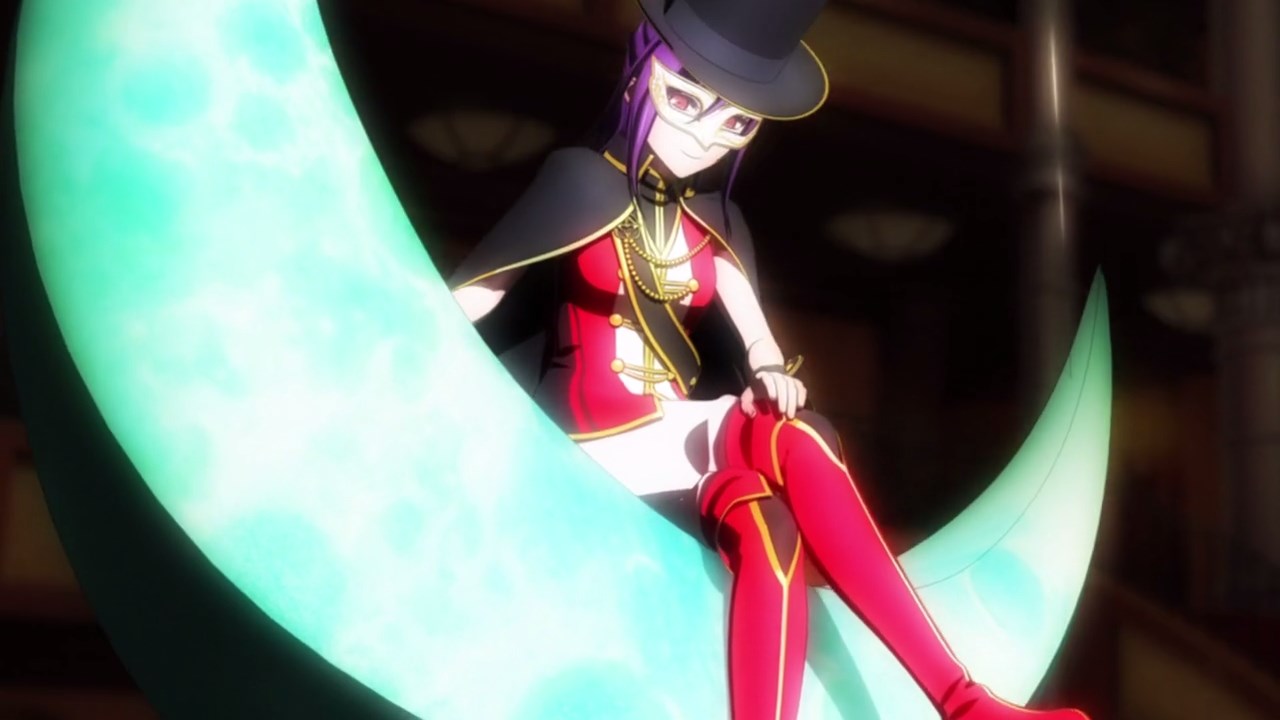 Oh and not only that, here’s Kaoru Seta acting as the phantom thief at the opera. Gotta say that she’s the most dashing phantom thief of the night! 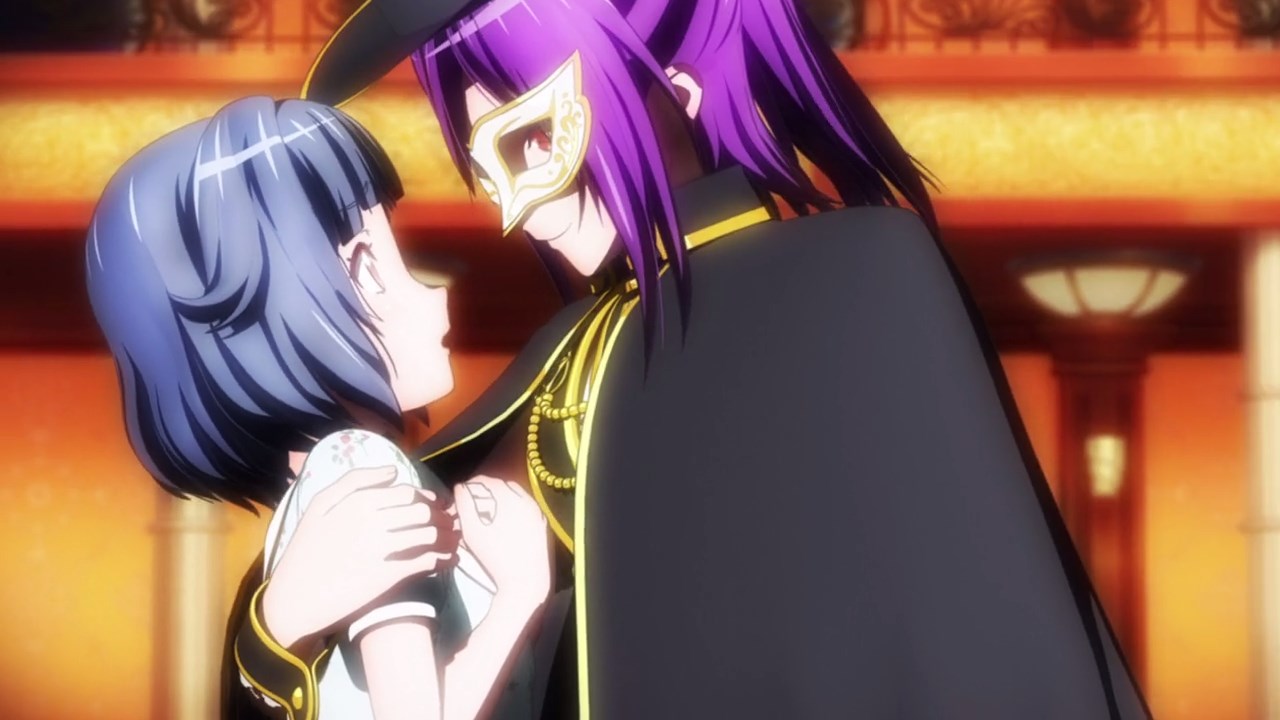 Even Rimi Ushigome was starstruck at Kaoru’s dashing looks that her heart skipped a beat. Of course, that’s just the appetizer… 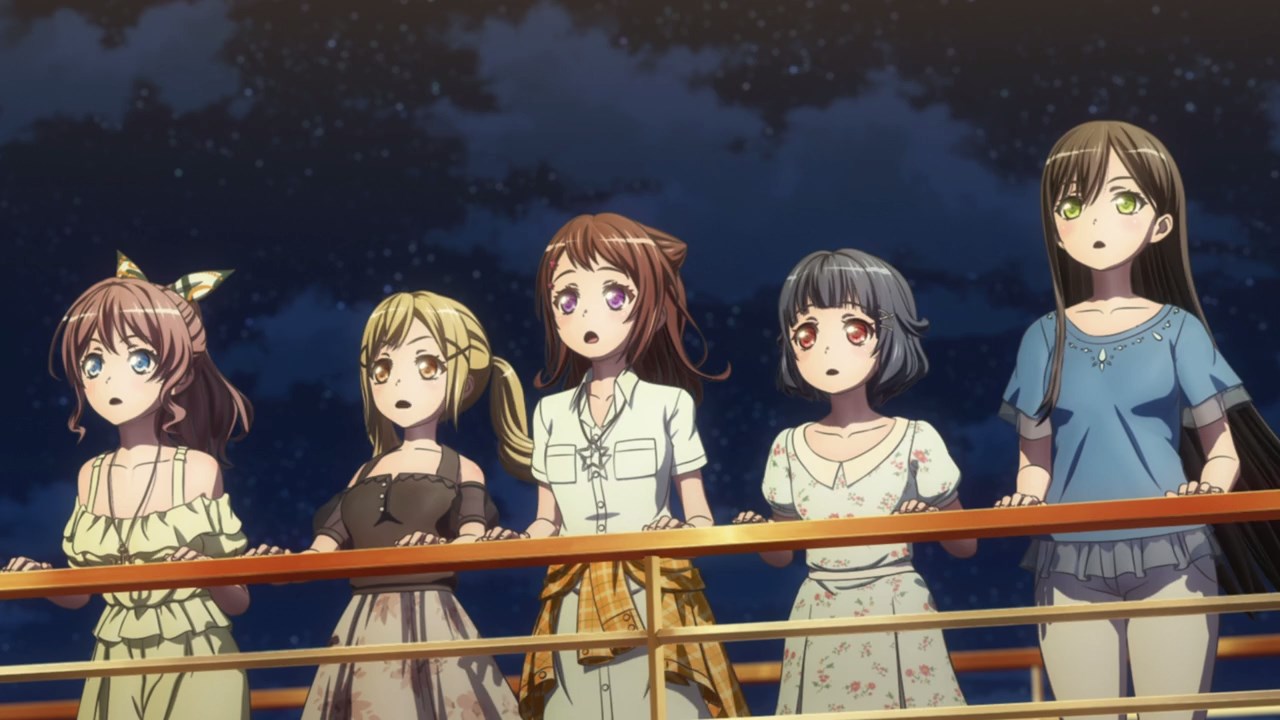 That’s because the main course will be outside of the cruise ship as Kasumi Toyama and the rest went to the deck to see something amazing. 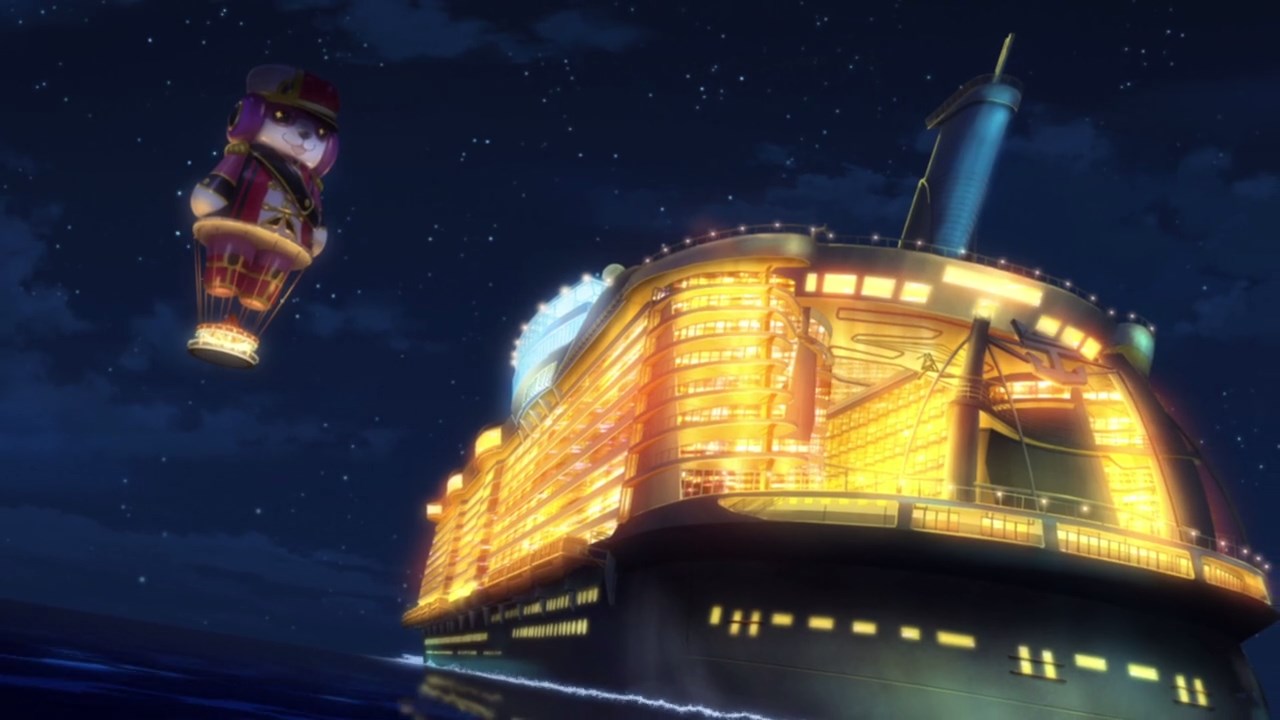 As you can see here, it’s a Michelle-shaped hot air balloon where Kokoro Tsurumaki and the rest of Hello, Happy World! are riding on it. 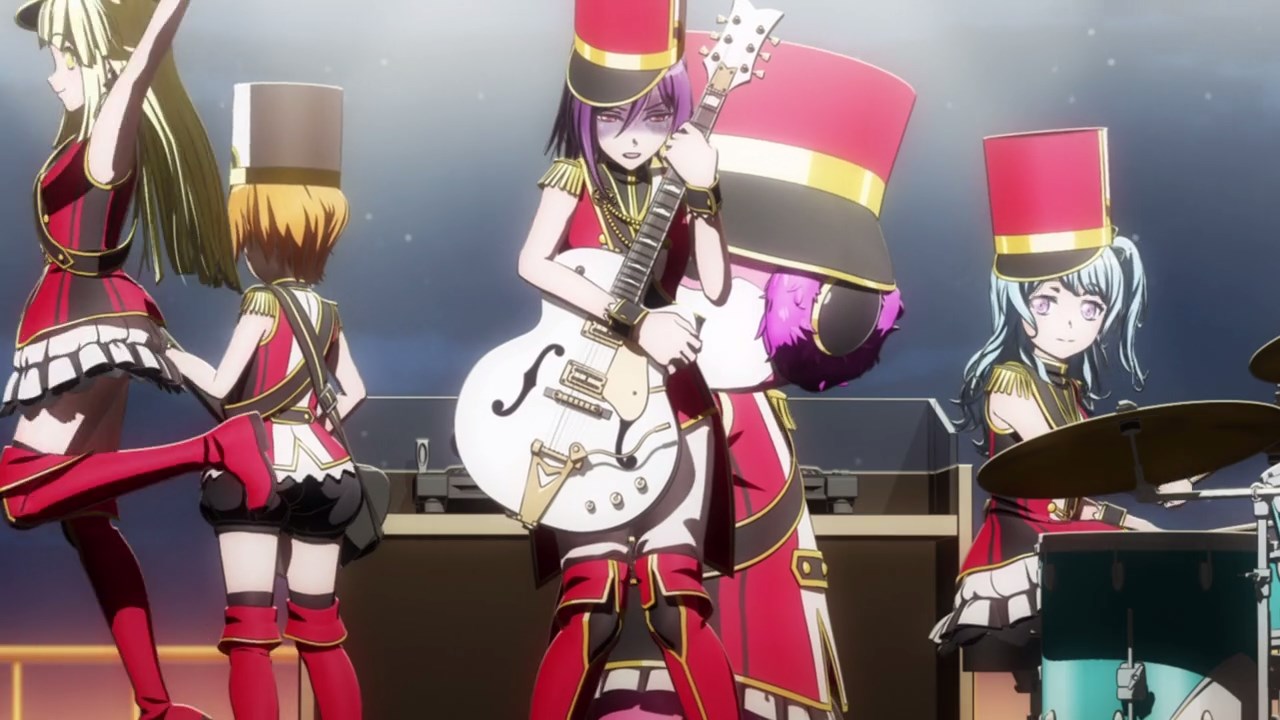 Unfortunately, it appears that Hello, Happy World! are having some difficulties like Kaoru Seta for example, who revealed that she’s afraid of heights.

Well, seems that Kaoru has that fleeting feeling that she might miss her step and fall down to the ocean. 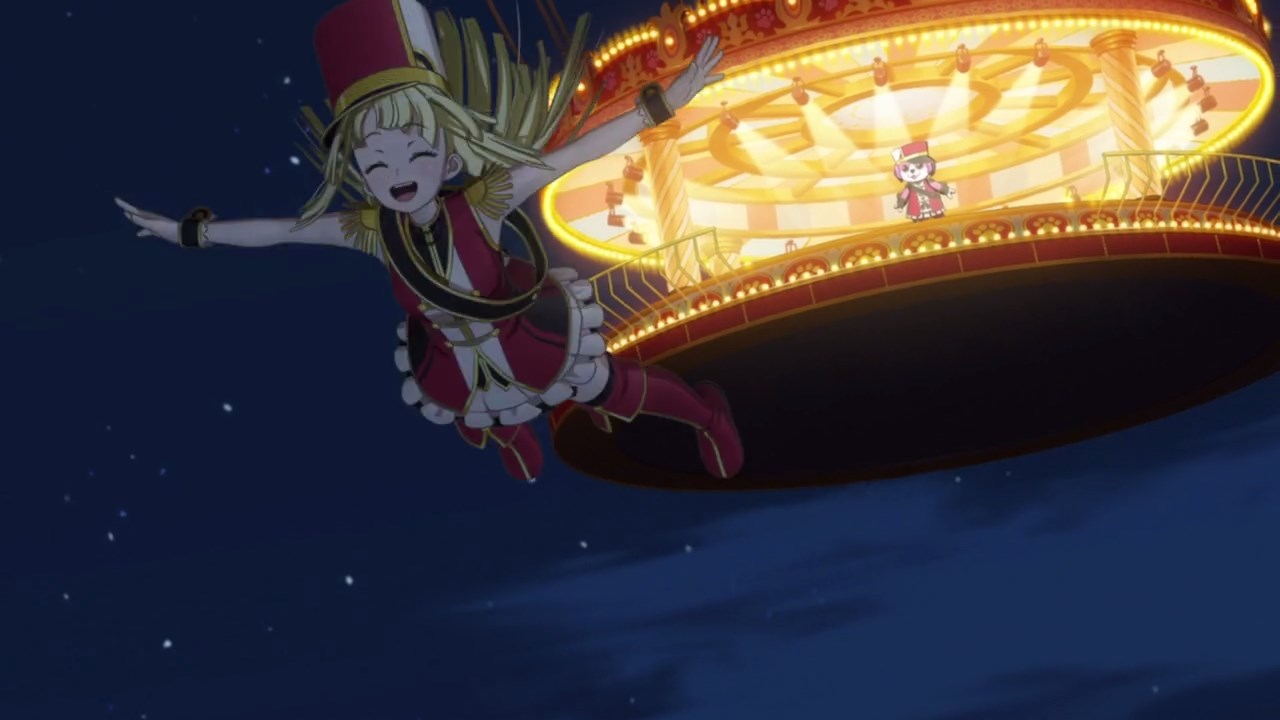 Even worse is that Kokoro Tsurumaki decided to jump into the ocean without a freaking parachute. Even Misa- I mean Michelle was shocked to see it. 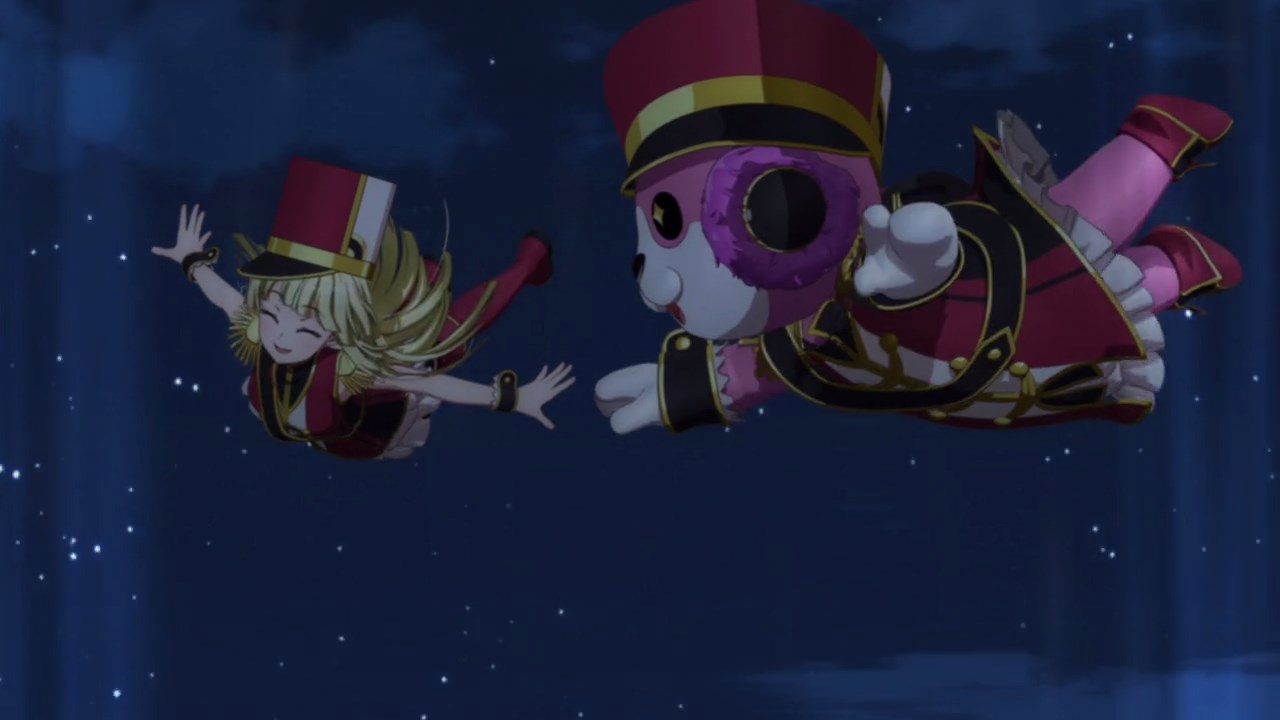 So, Michelle jumped in with a parachute on hand. Unfortunately, Michelle couldn’t activate it because the parachute pack doesn’t have a cord to pull. 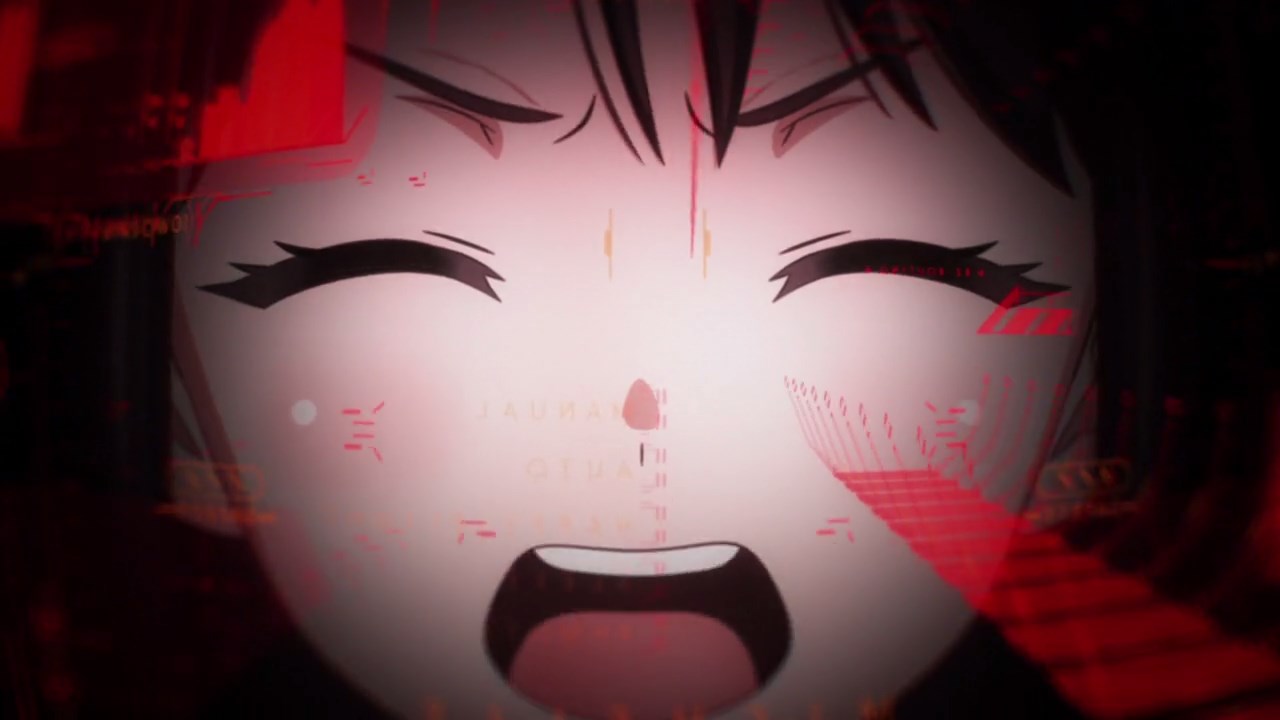 And here’s Mich- I mean Misaki as she’s in panic mode. She can’t activate the parachute by using the Konami Code and damn, Misaki and Kokoro might plunge to their death if they can’t do something! 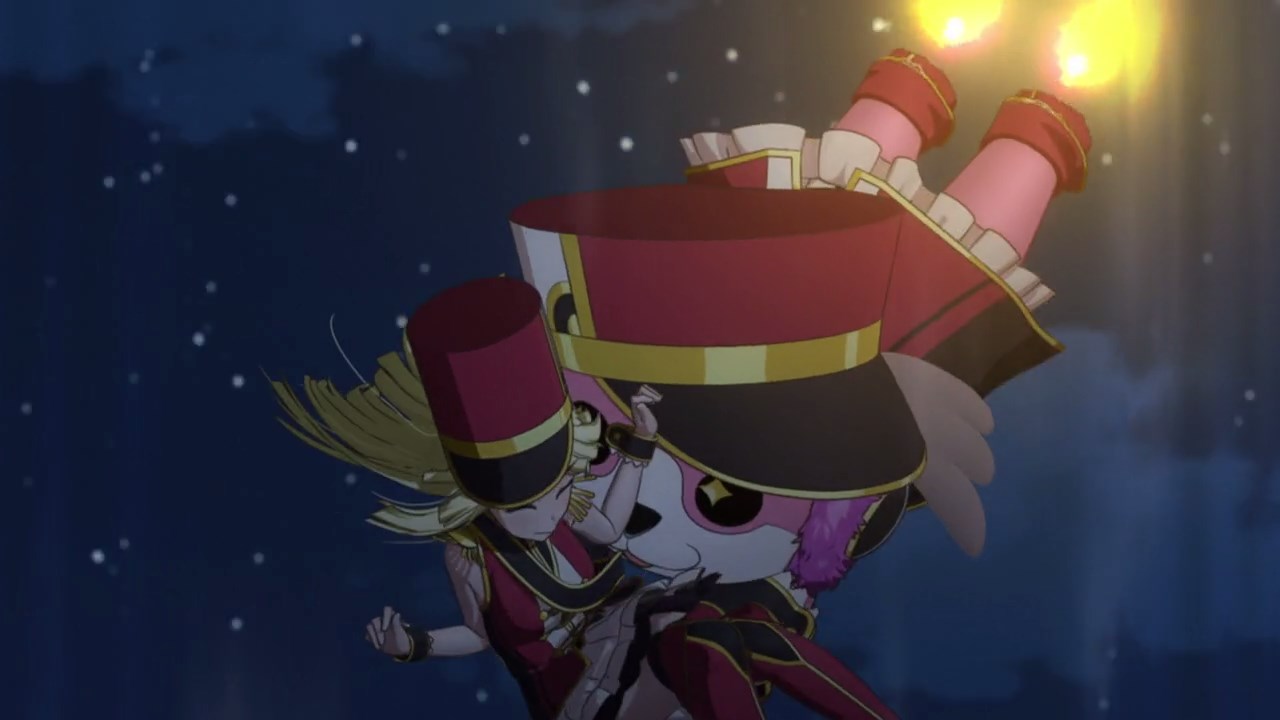 But suddenly, Misaki successfully pulled the Konami Code after regaining her cool and managed to activate- Wait, is the Michelle suit have thrusters? Don’t tell me that Misaki’s Michelle suit is so advanced that the Tsurumaki family recruited Tony Stark to make one? 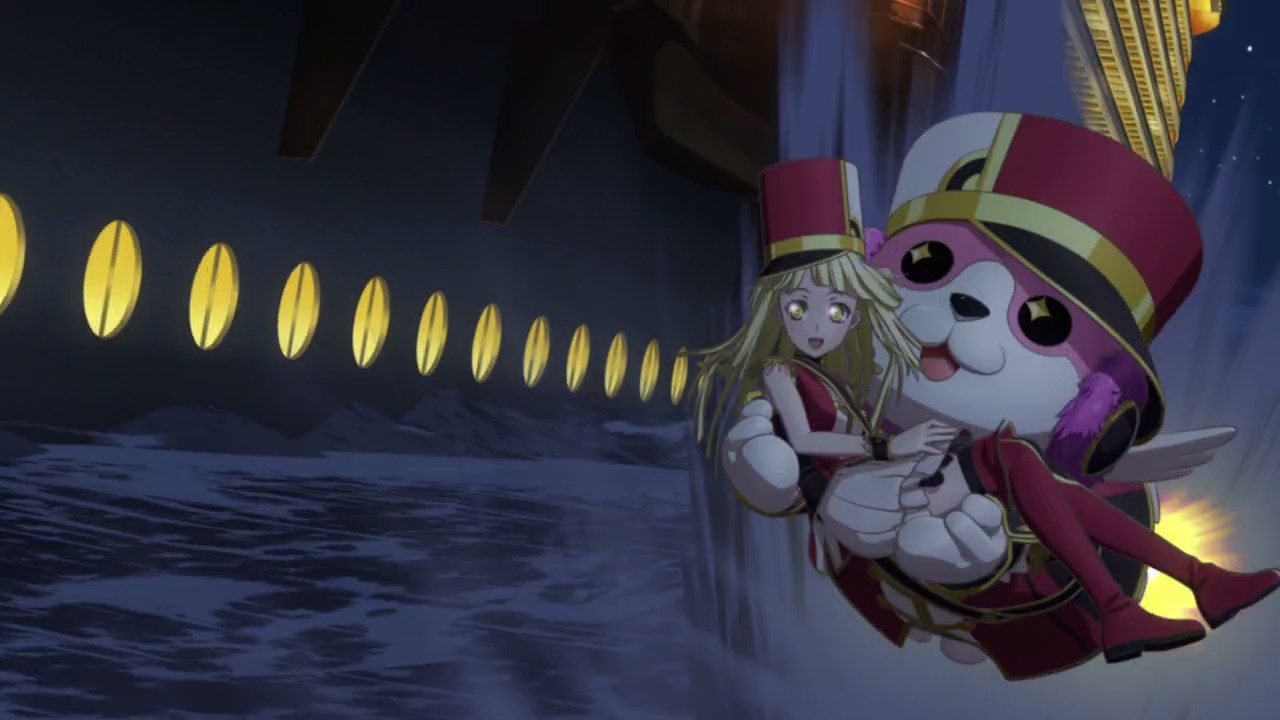 With that said, looks like Michelle managed to rescue Kokoro Tsurumaki as they fly closer to the ocean surface, which I must say that it’s the most impressive thing that Hello, Happy World! did tonight. 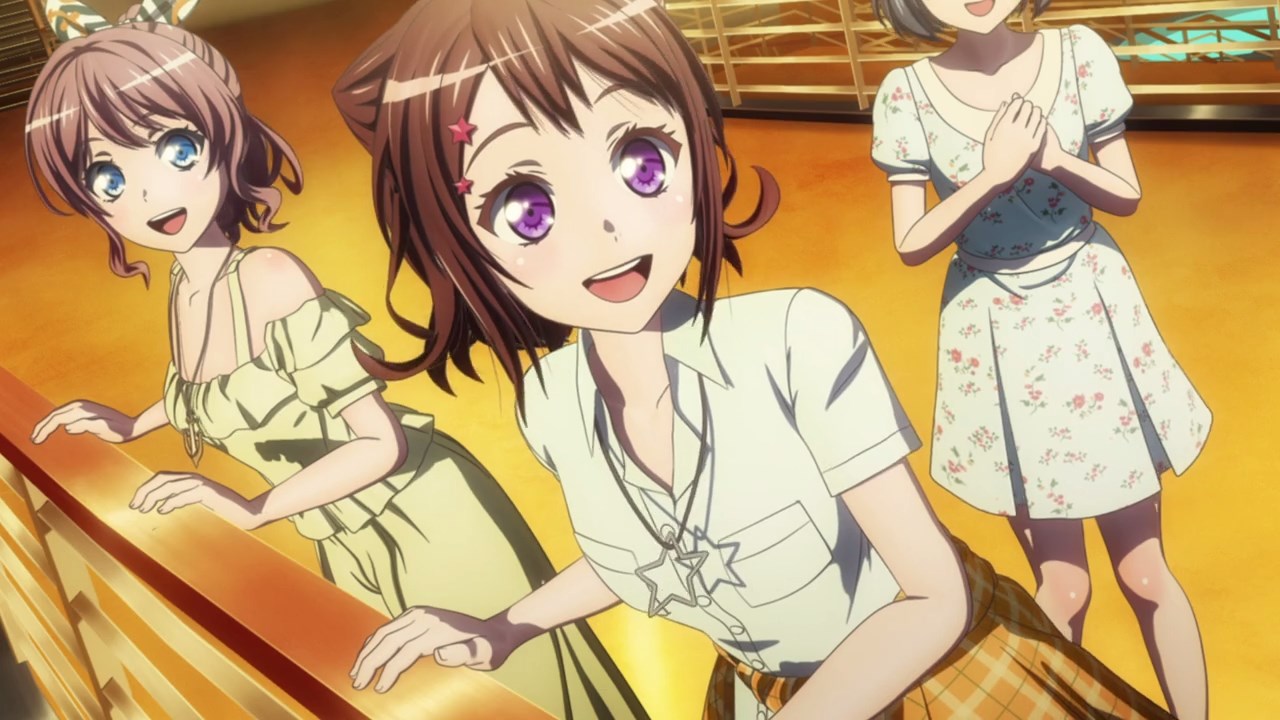 Even Poppin’ Party was impressed by their grand performance as they’re inspired to step up their game and put up a great show. 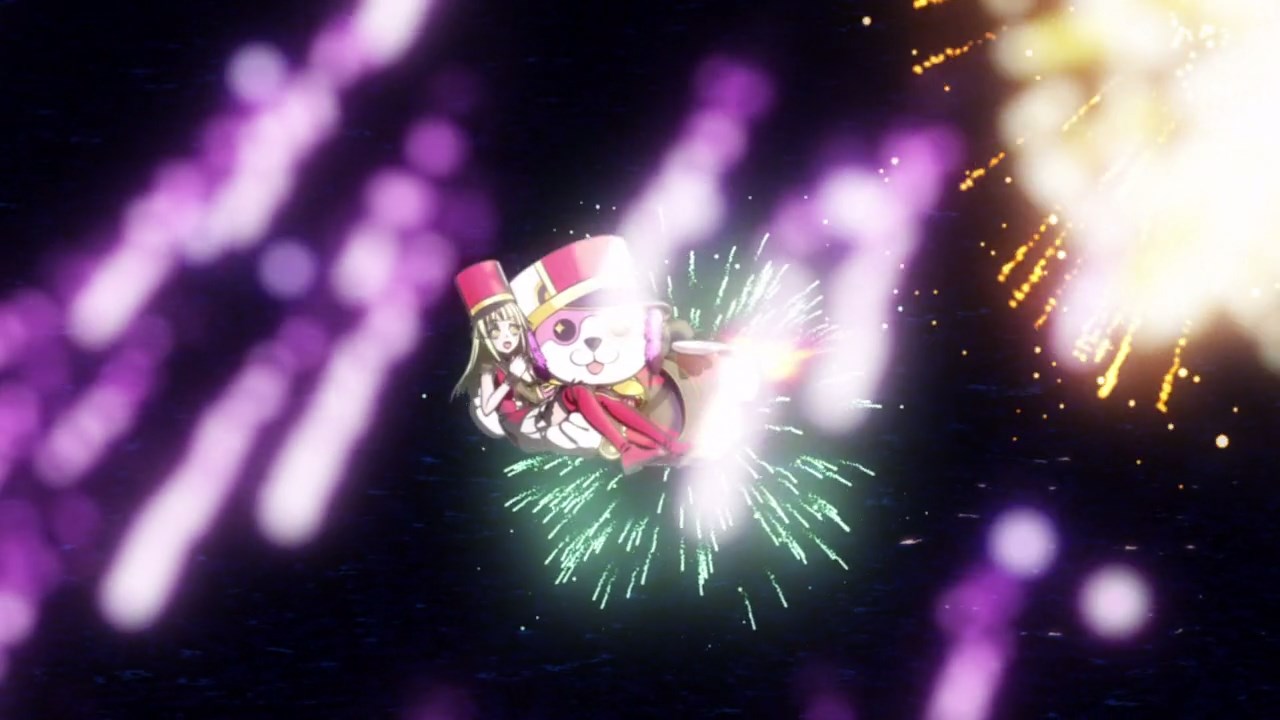 But that’s about it for tonight’s performance by Hello, Happy World! Even though they don’t have the technicality like Roselia, Kokoro and the rest sure wants to put a smile to everyone’s face with their peppy songs and over-the-top stunts! 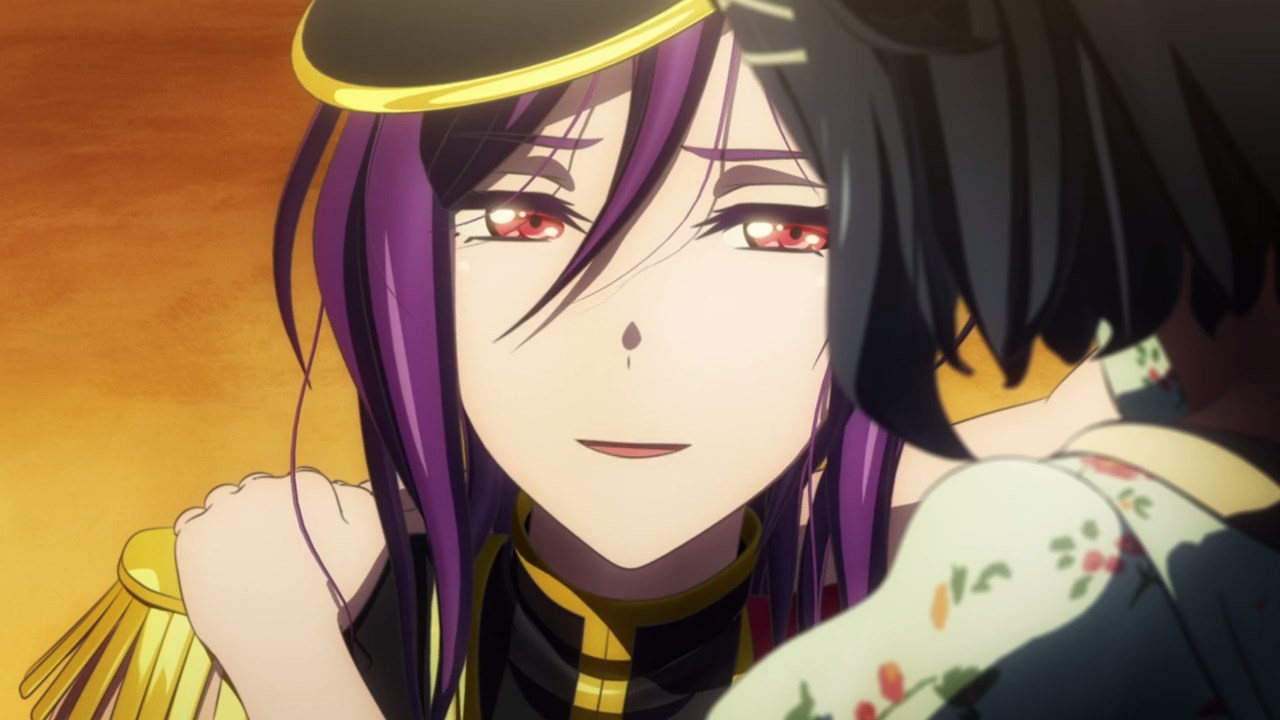 Unfortunately, it appears that one member is about to pass out as Kaoru Seta says her final words to her little kitten Rimi Ushigome. Um Kaoru, please don’t die and make Rimi cry! 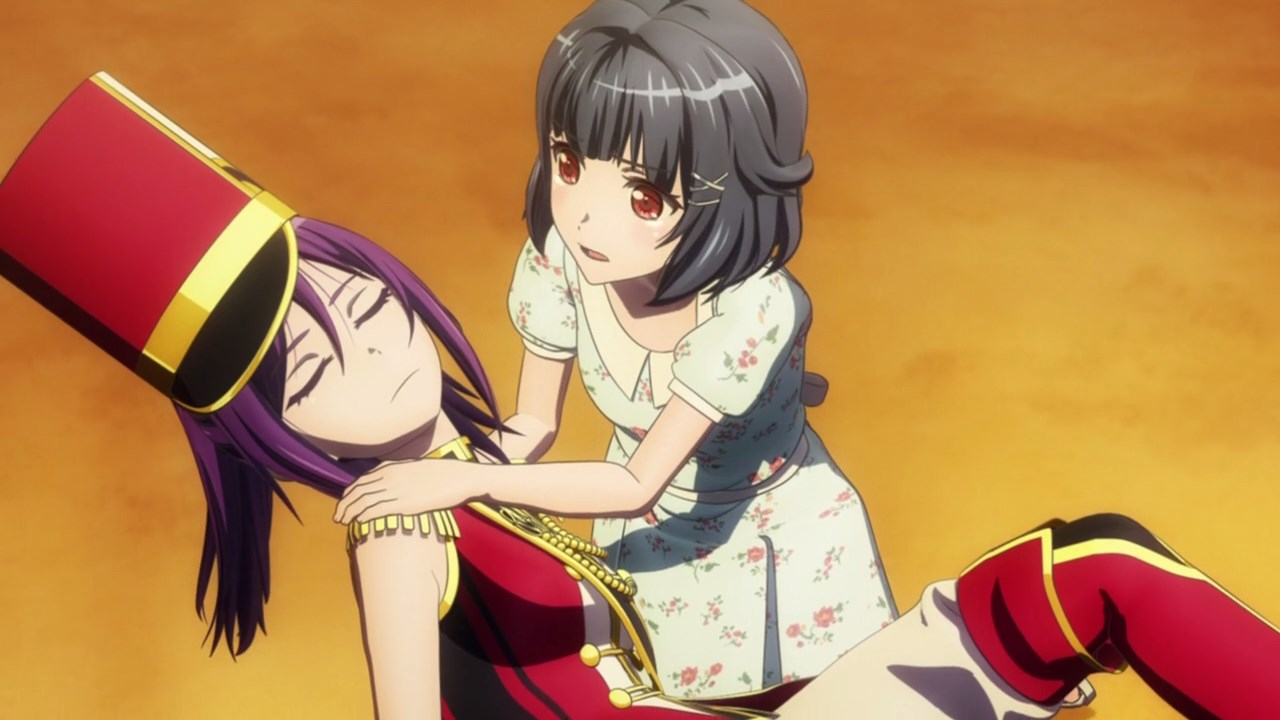 Anyways, we’re done with Episode 4 and what a wild ride courtesy of Hello, Happy World! Now then, next episode will feature a new girls band that wasn’t featured before.