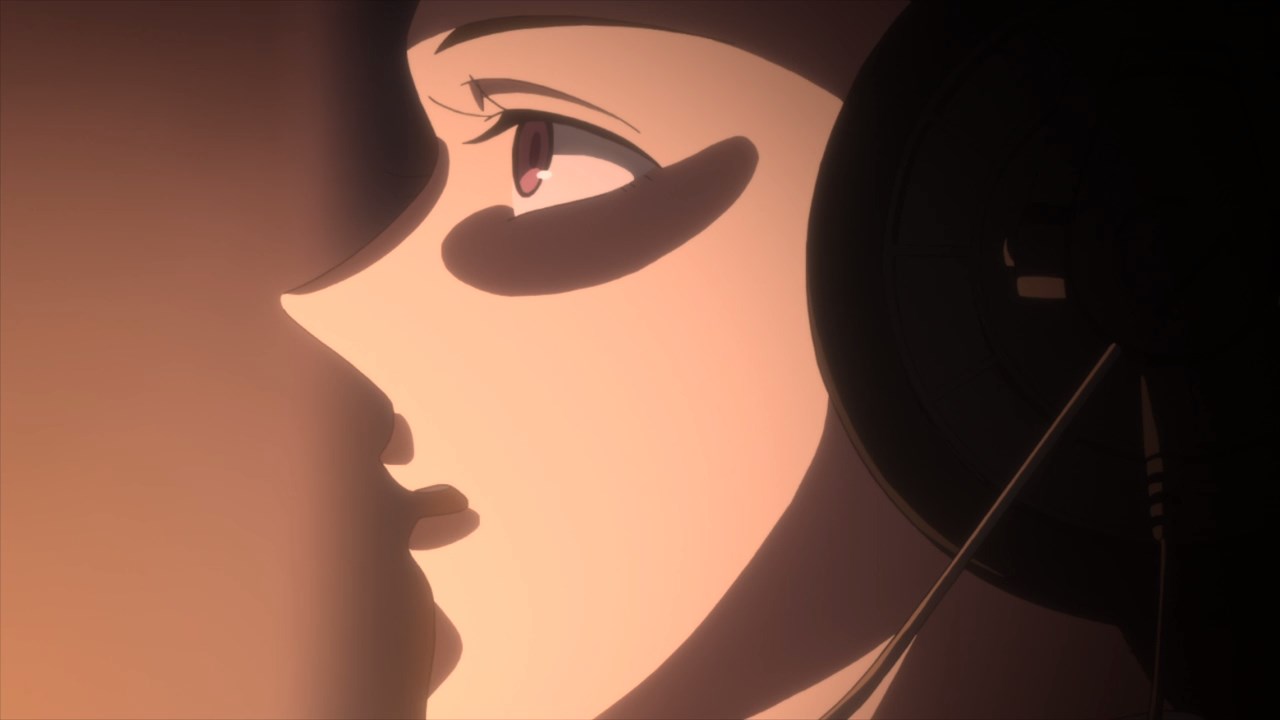 We’ll begin this 3rd episode as Isabella reports to her superiors, especially her grandmother, via radio. Of course, Isabella will make sure that the children will be delivered to the demons without anyone escaping. 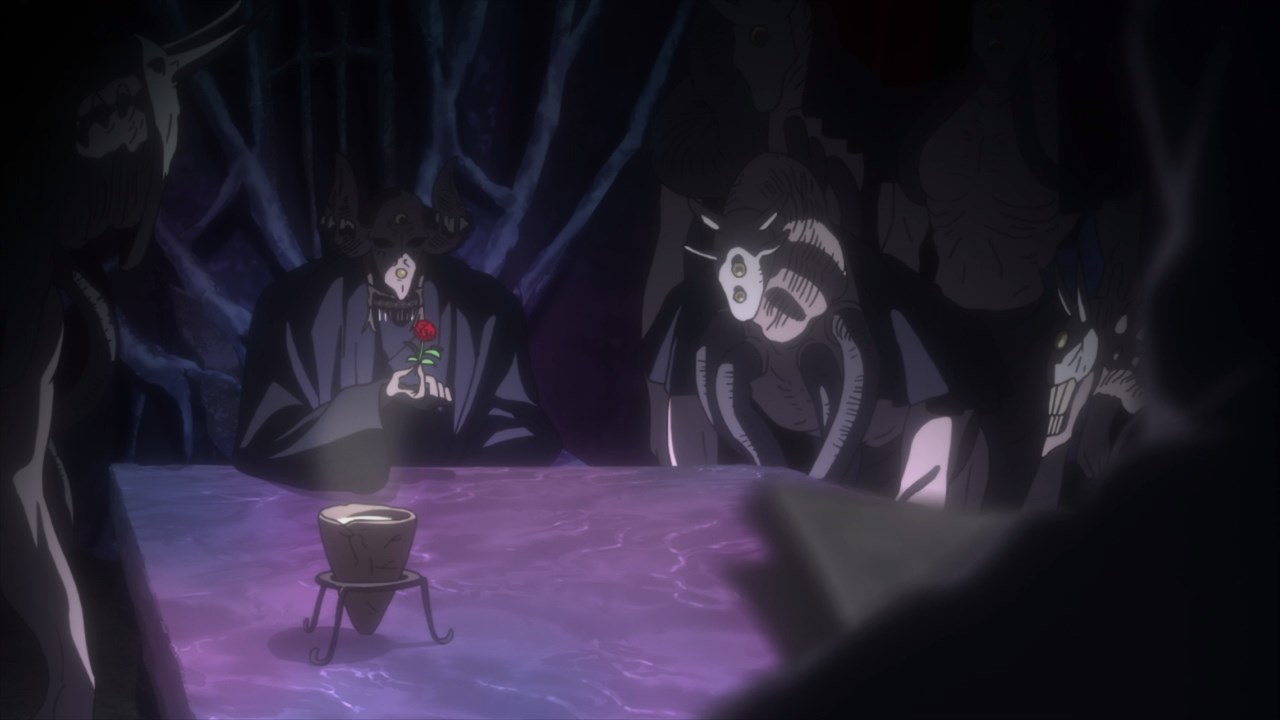 And speaking of demons, they sure have an appetite towards kids, especially the matured ones like Emma. Then again, the high-quality goods will be served by their unseen leader while the rest will eat either medium-quality children meat or lower.

Now then, let’s go back to Emma where she examines Carol to find some sort of tracking device.

So far, Emma didn’t find any implants which is a shame as escaping the orphanage will be nigh-impossible with the tracking devices implanted in their bodies. 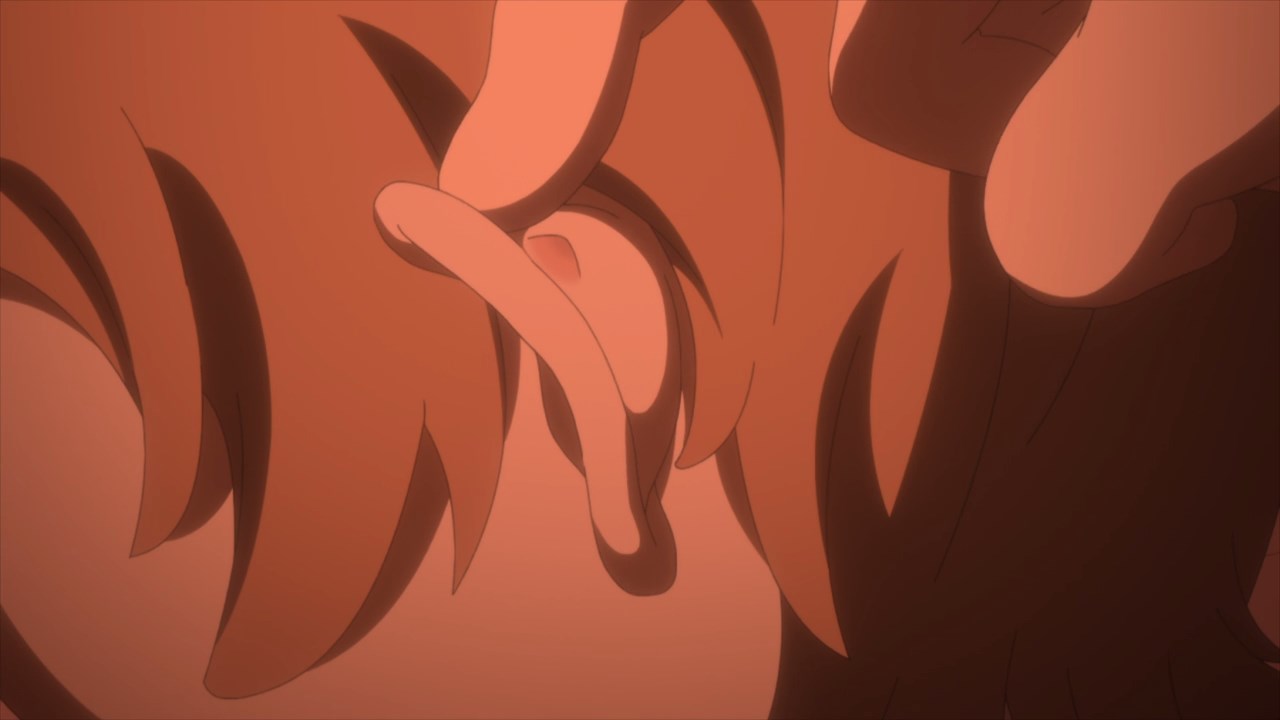 However, it appears that Emma noticed something on Carol’s left ear lobe. Turns out that this bug bite mark might have the tracking device implanted, although Emma is not sure if the adults implanted one on Carol.

Even if Emma found it and destroy the device, the likes of Isabella and Krone might notice it right away. 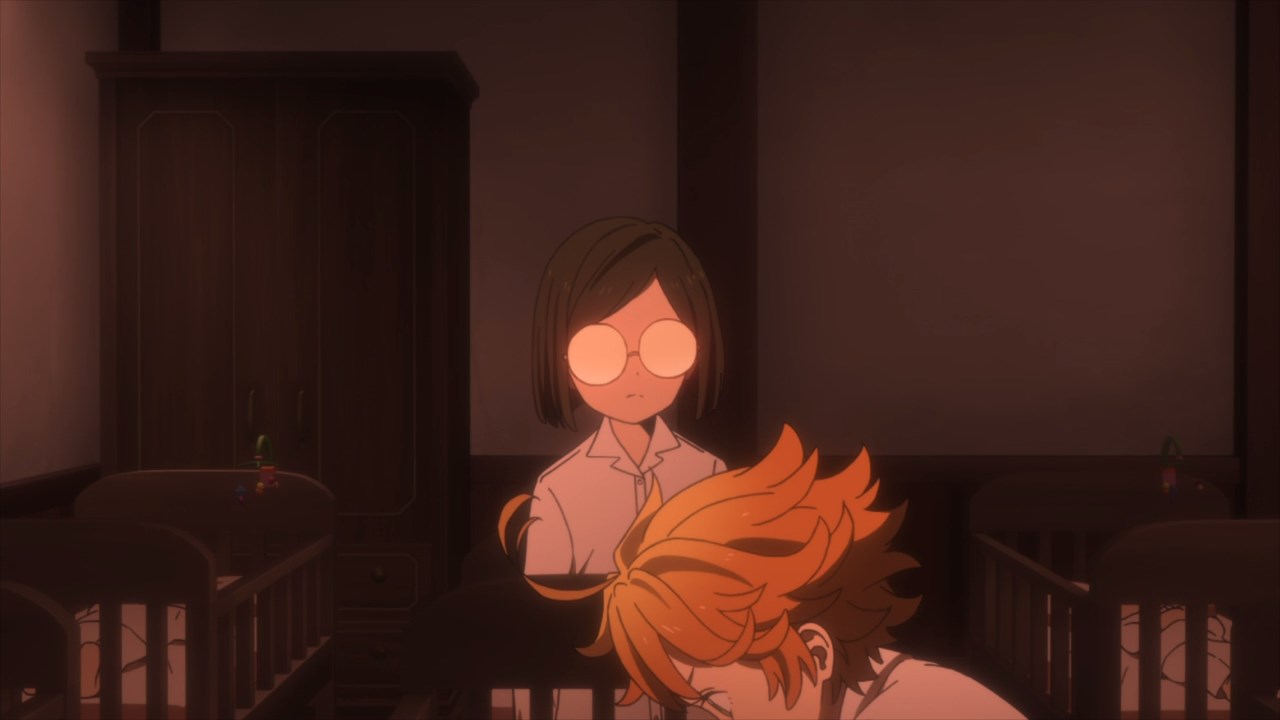 On the other hand, Emma should be careful as there’s a traitor among the children. I suspect that Gilda is conspiring to both adults at the orphanage. 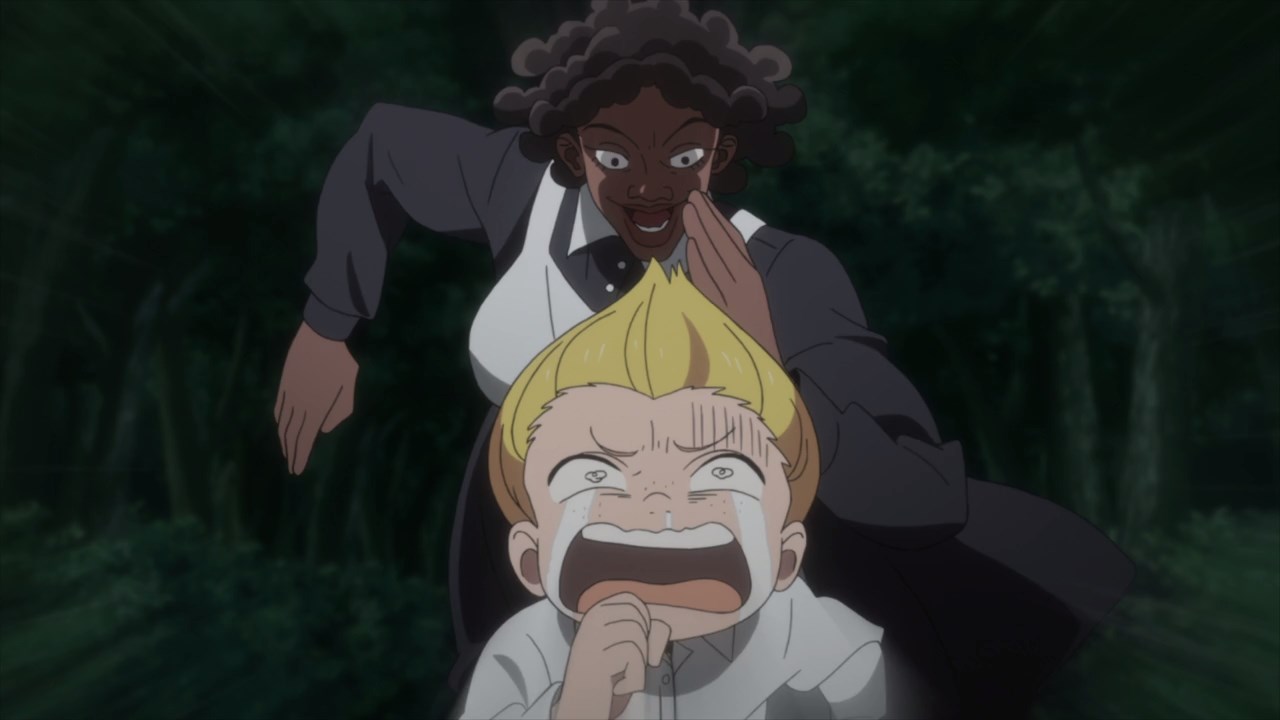 Moving onto the next scene where the kids play hide and seek with Sister Krone. The children must hide from Krone for 20 minutes in order to win, or they might get captured.

While it’s just a simple game, little did Krone know is that the orphans are training for their escape, although this one is basically more like a live exercise. 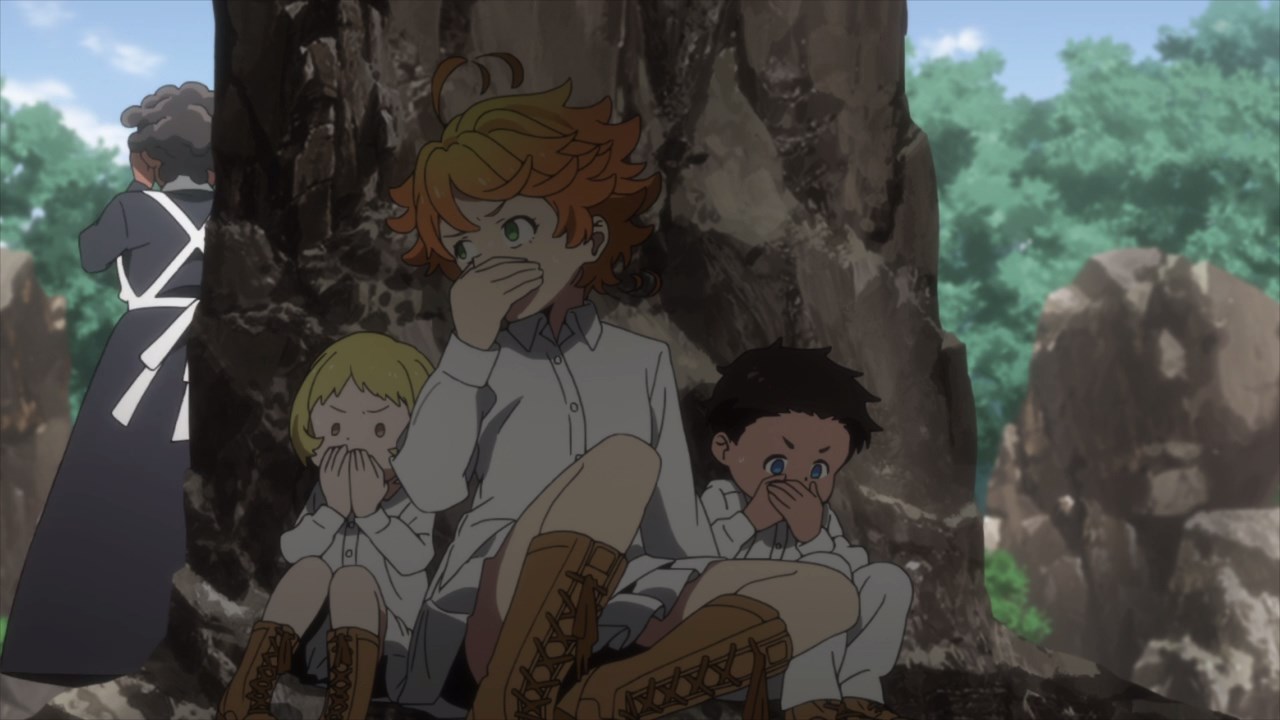 Anyways, here’s Emma as she’s hiding with two children from Sister Krone’s grasp. I must say that this simple game could mean life or death.

On the other hand, Emma shouldn’t underestimate the adults as Sister Krone is capable of finding them without a tracking device. 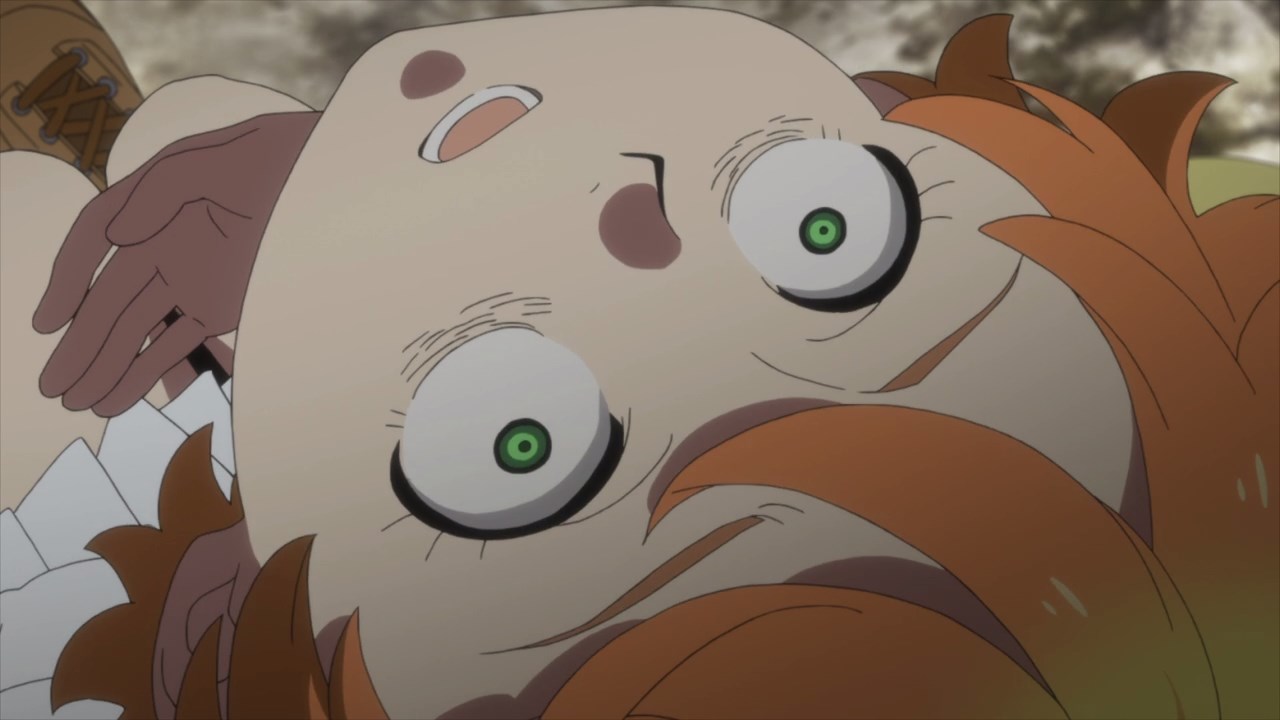 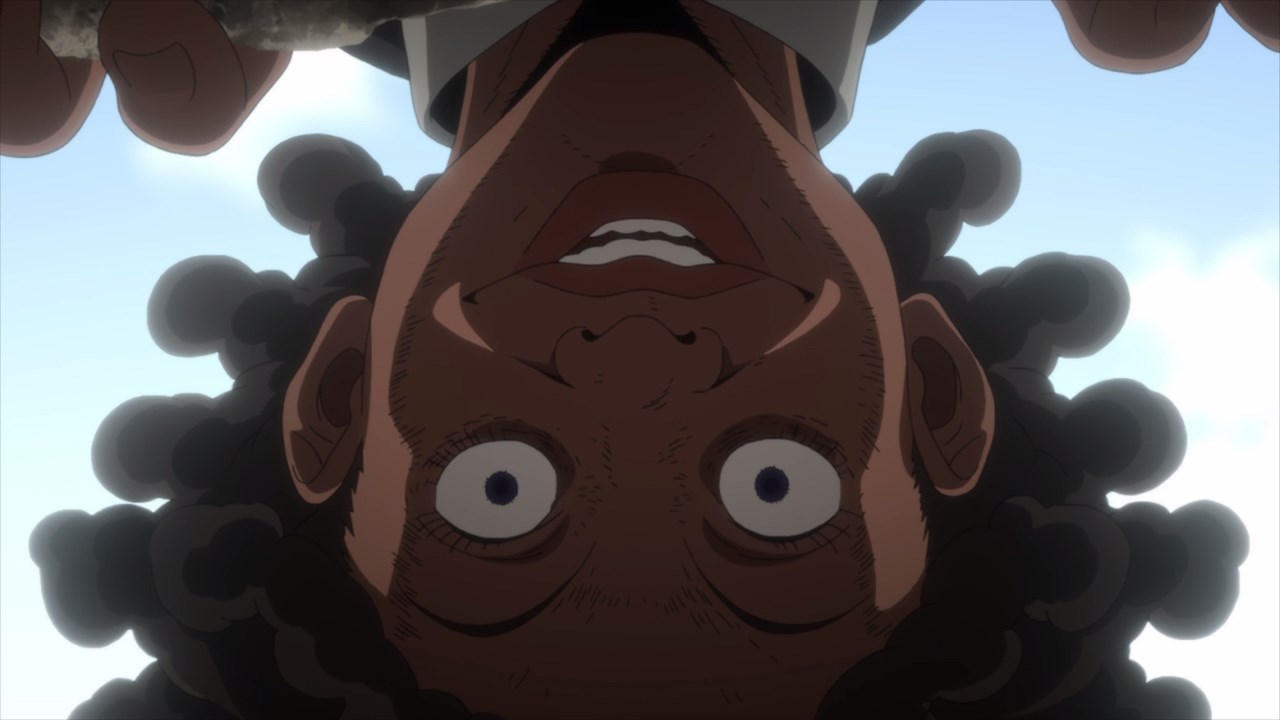 And as you can see, Emma is shocked that she was found by Sister Krone using her enhanced senses. Then again, it’s not like she’s gonna send Emma and the rest to the demons because Sister Krone has some hidden agenda. 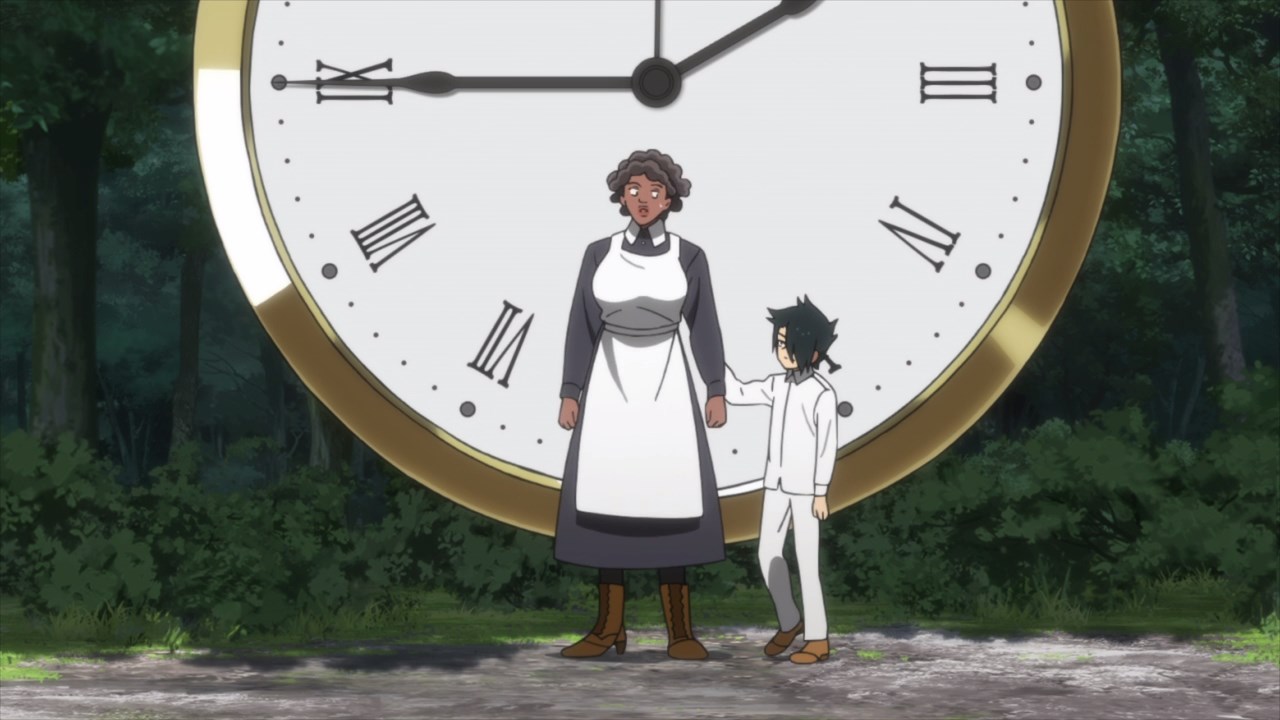 For now, the game of hide and seek is over as the time limit of 20 minutes has elapsed. While the kids are safe for the time being because it’s just a game, Emma and the rest will need lots of training and planning in order to escape together.

With that said, I’ll see you next time and while it was a heart-pounding episode because of the hide and seek game, I’m curious to see who’s the traitor among the orphans.