The Rising of the Shield Hero Episode #03 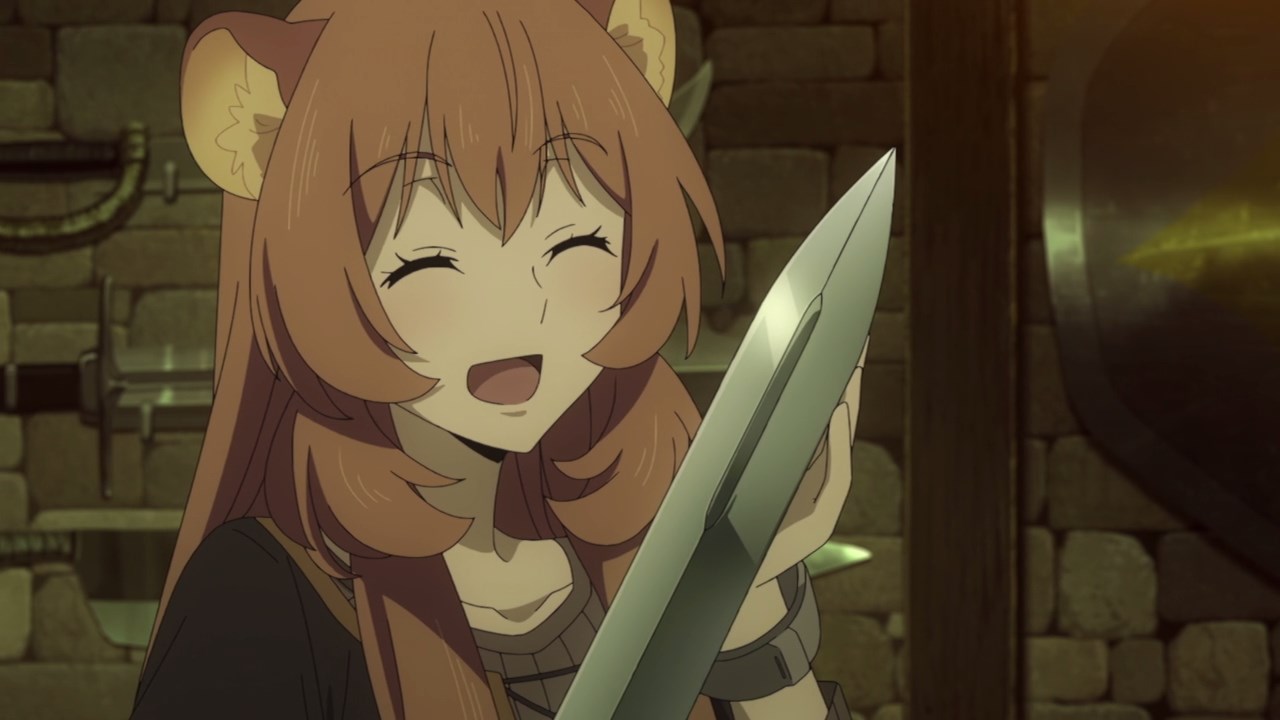 Here’s Raphtalia, now grown up after gaining lots of experience in order to reach Level 18. Gotta say that this demi-human reached the legal age now compared to before. 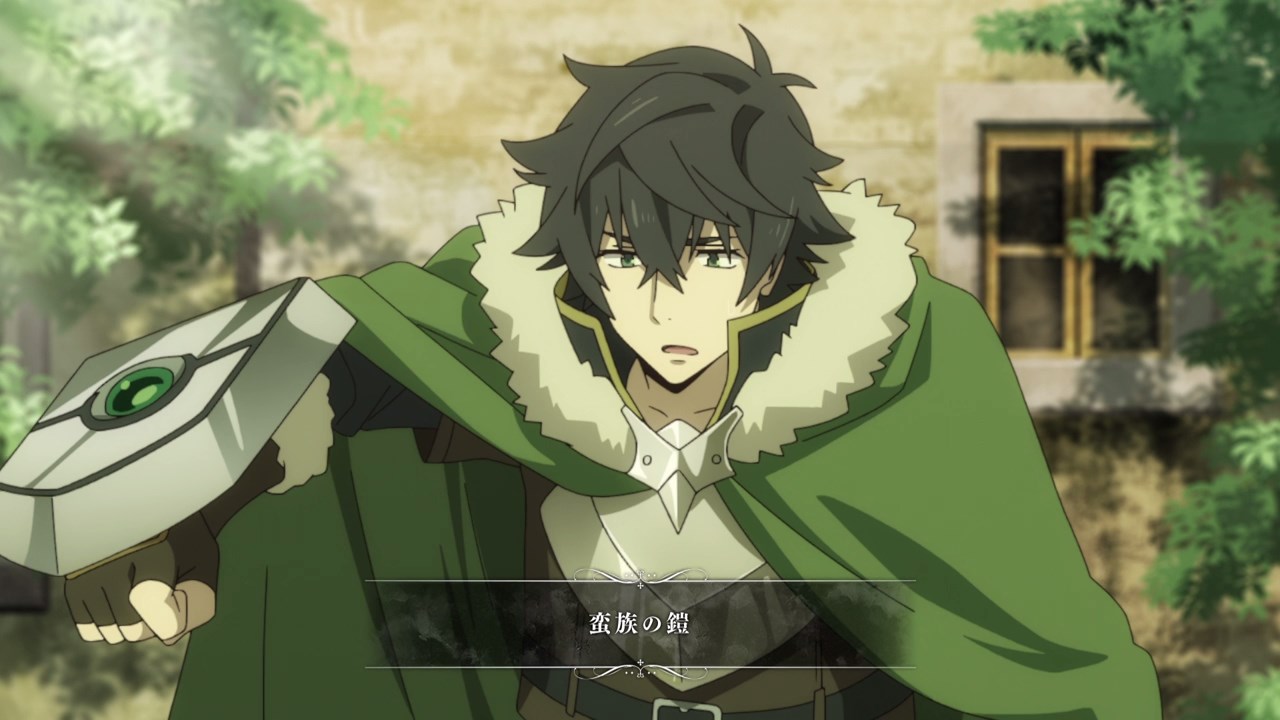 On the other hand, seems that Naofumi got some new clothes in the form of the Barbarian Armor. It’s kinda fitting for him because Naofumi is treated like trash throughout the entire Melromarc Kingdom. 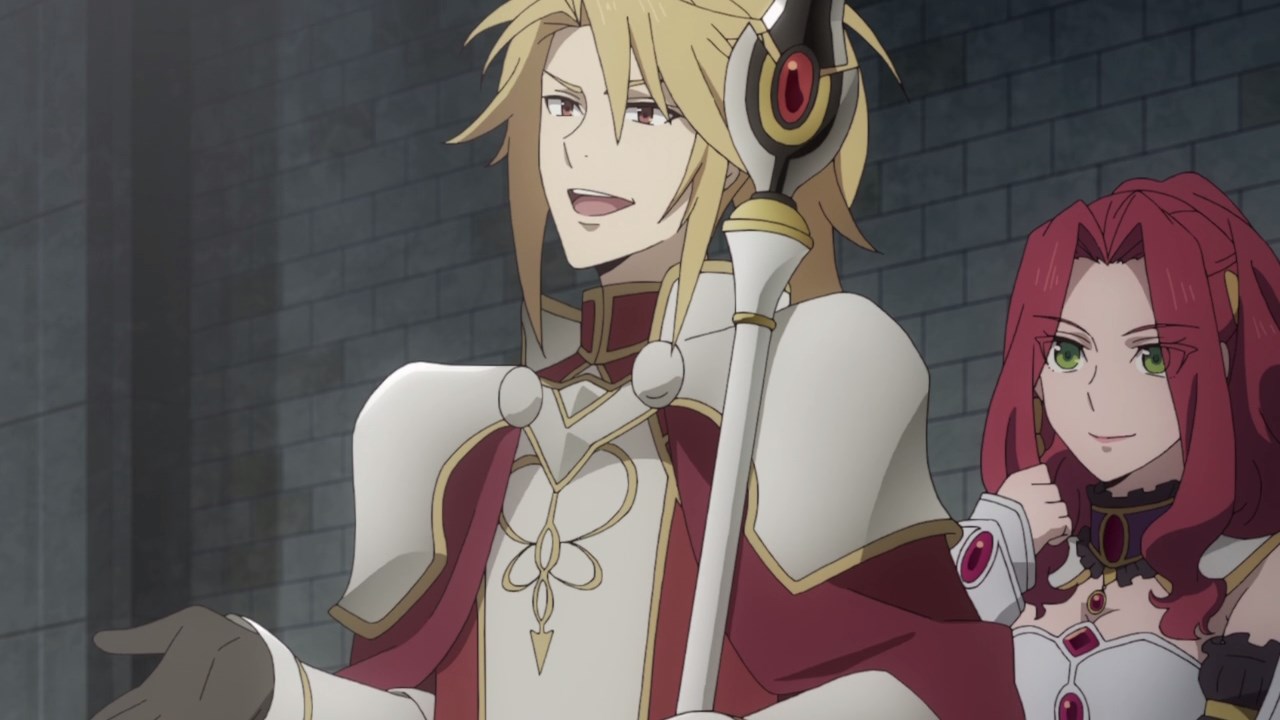 Speaking of the Melromarc Kingdom, here are the 3 heroes that are treated like royalty compared to Naofumi Iwatani like this Spear Hero named Motoyasu Kitamura for example, who is joined by Princess Myne because she considers Motoyasu as her hero compared to Naofumi.

Man, if only someone would punch Myne to the face because she wants Naofumi to look bad in order to make herself look good. 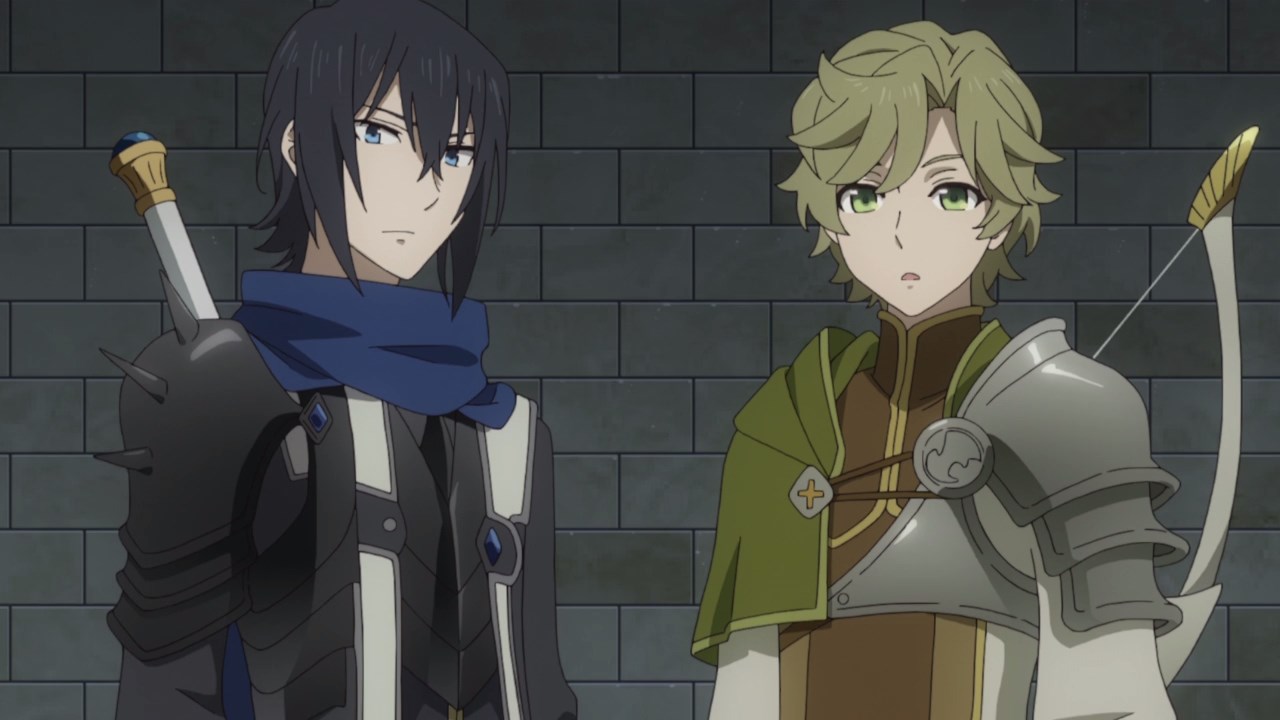 Also joining Motoyasu and Myne are Ren Amagi and Itsuki Kawasumi, the Sword and Bow Hero respectively. Unfortunately for them, they still believe in Myne’s words so Ren and Itsuki sees Naofumi in a bad light. 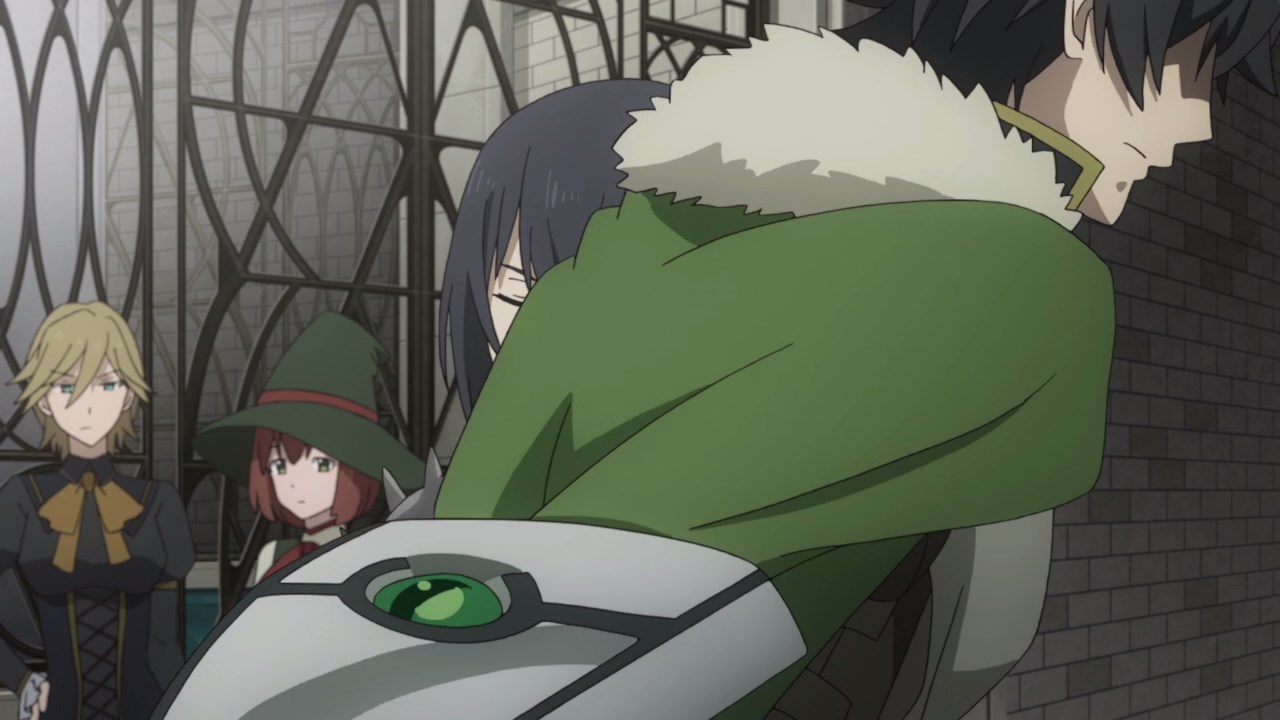 With that said, Naofumi will have to leave because staying with these 3 heroes will get worse.

Instead, he and Raphtalia will focus on making perparation for the upcoming Wave of Catastrophe… 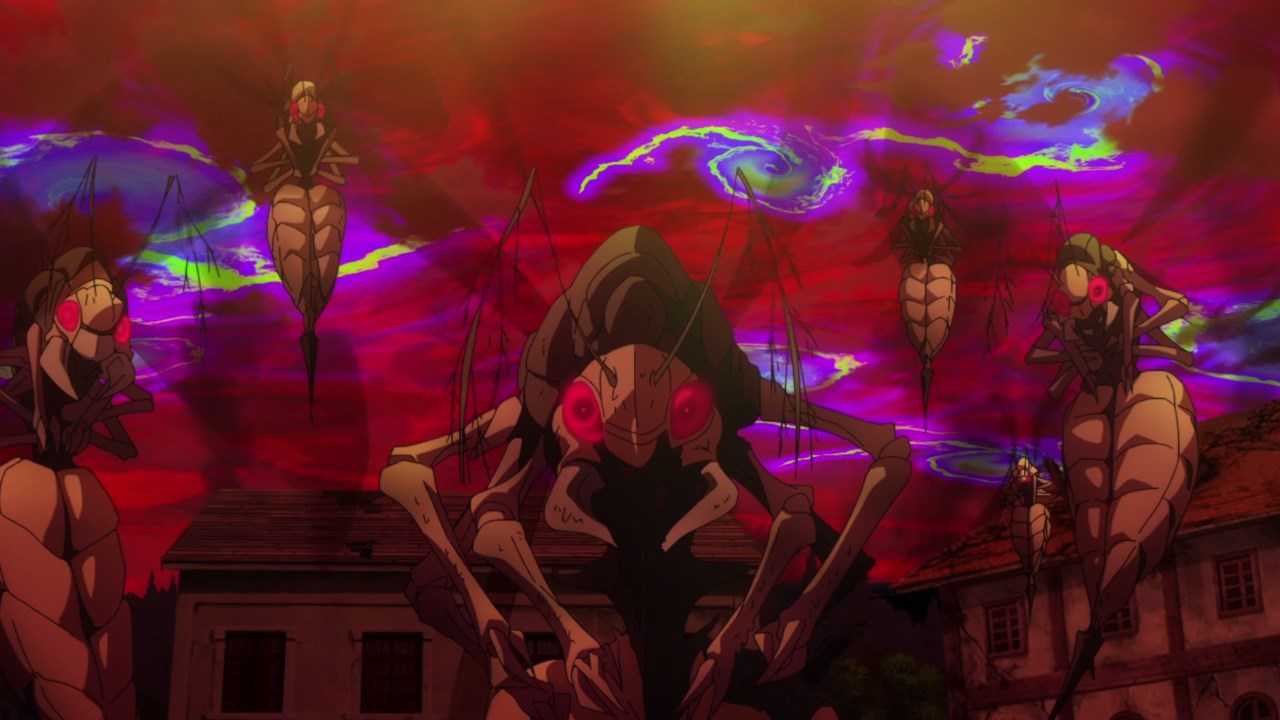 …which will happen right about now as monsters arrived at Lute Village and killed everyone.

Where are the heroes if you may ask as they’re responsible for rescuing the villagers? Well, they’re not here because finding the boss is important in order to gain experience points. 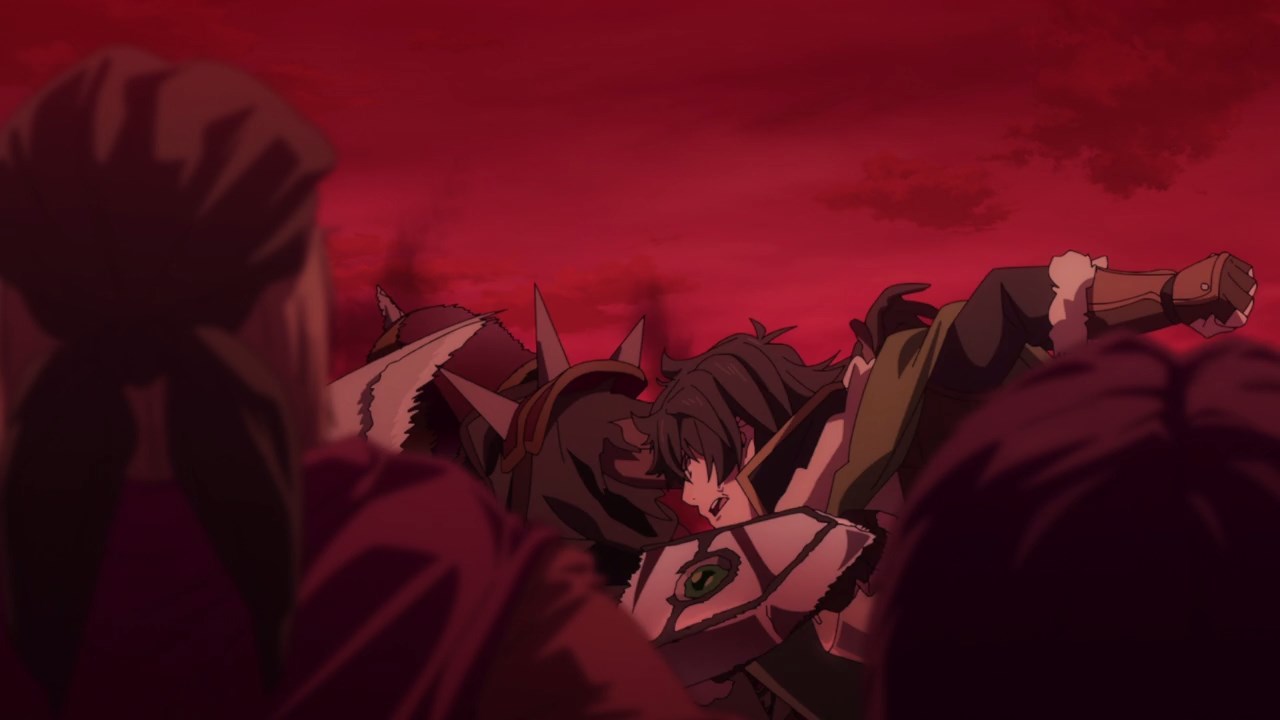 That leaves the Shield Hero to do the dirty work as he can only punch the monsters with little to no effect.

Also, he told the villagers to get out of the village and save themselves, because who wants to die at the hands of monsters. 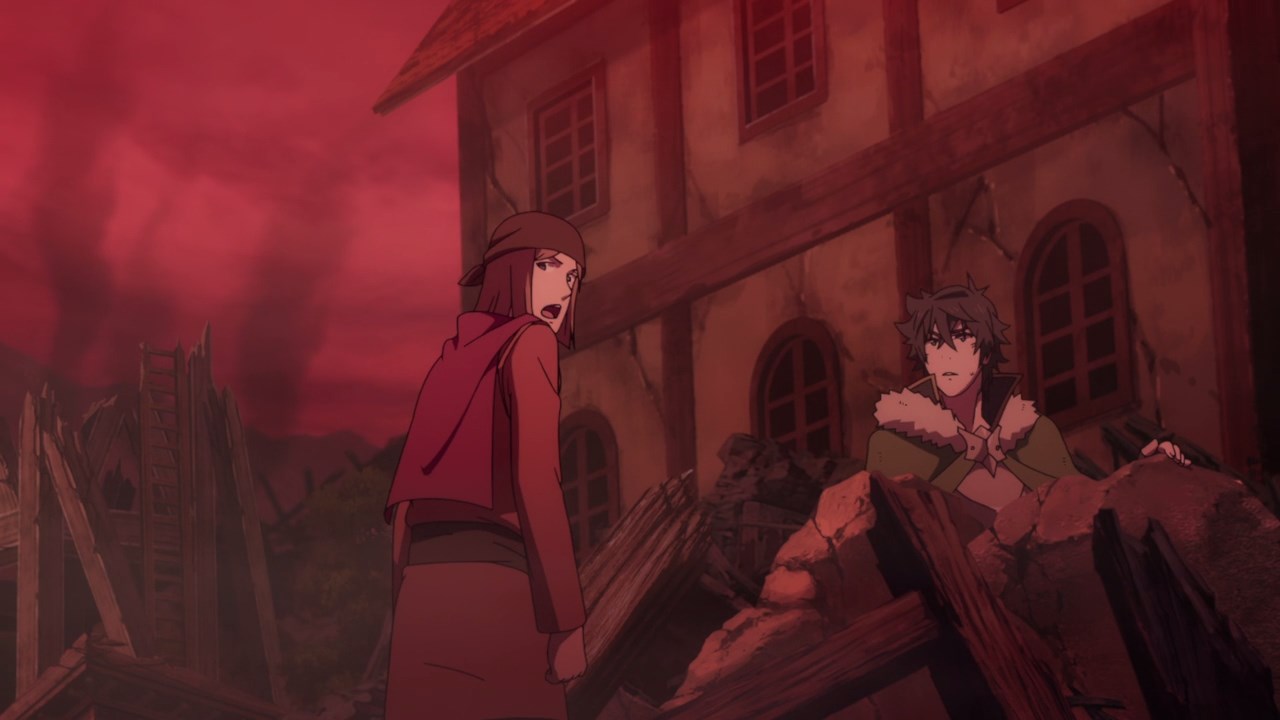 However, some of the villagers decides to help Naofumi after showing his bravery despite using a shield. 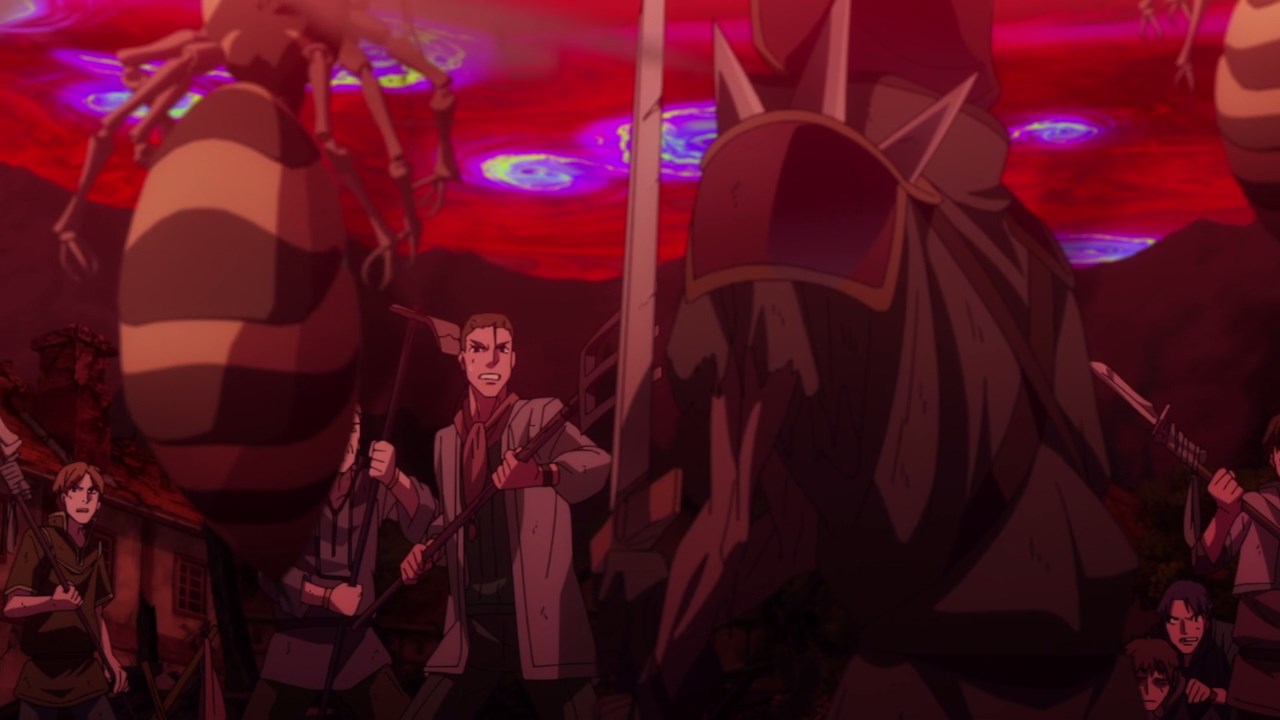 And as you can see, the villagers took up arms and drove the monsters away from Lute Village.

Sure that they’re weak, but Naofumi’s bravery has inspired them to fight back. Bad publicity be damned! 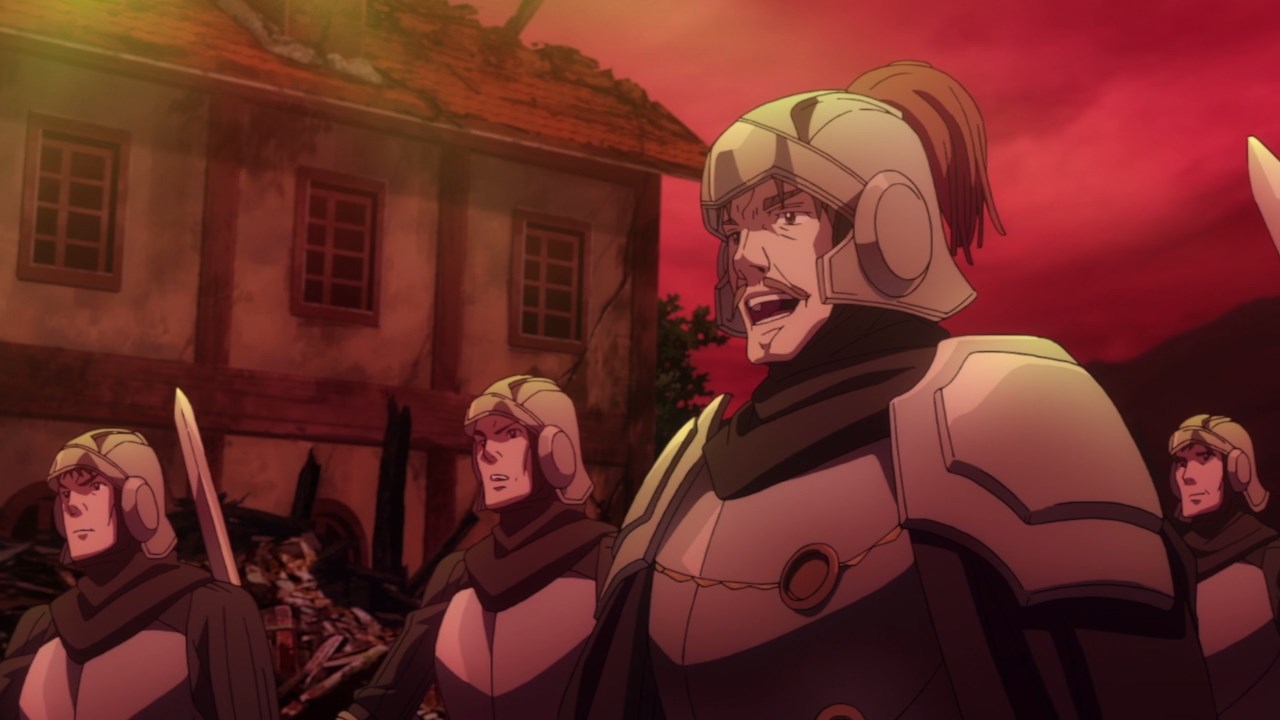 Meanwhile, it turns out that Naofumi received some backup. But instead of helping Naofumi, the royal knights mocked him which ticks Raphtalia off.

Then again, I think these knights should take care of themselves instead of mocking Naofumi to death… 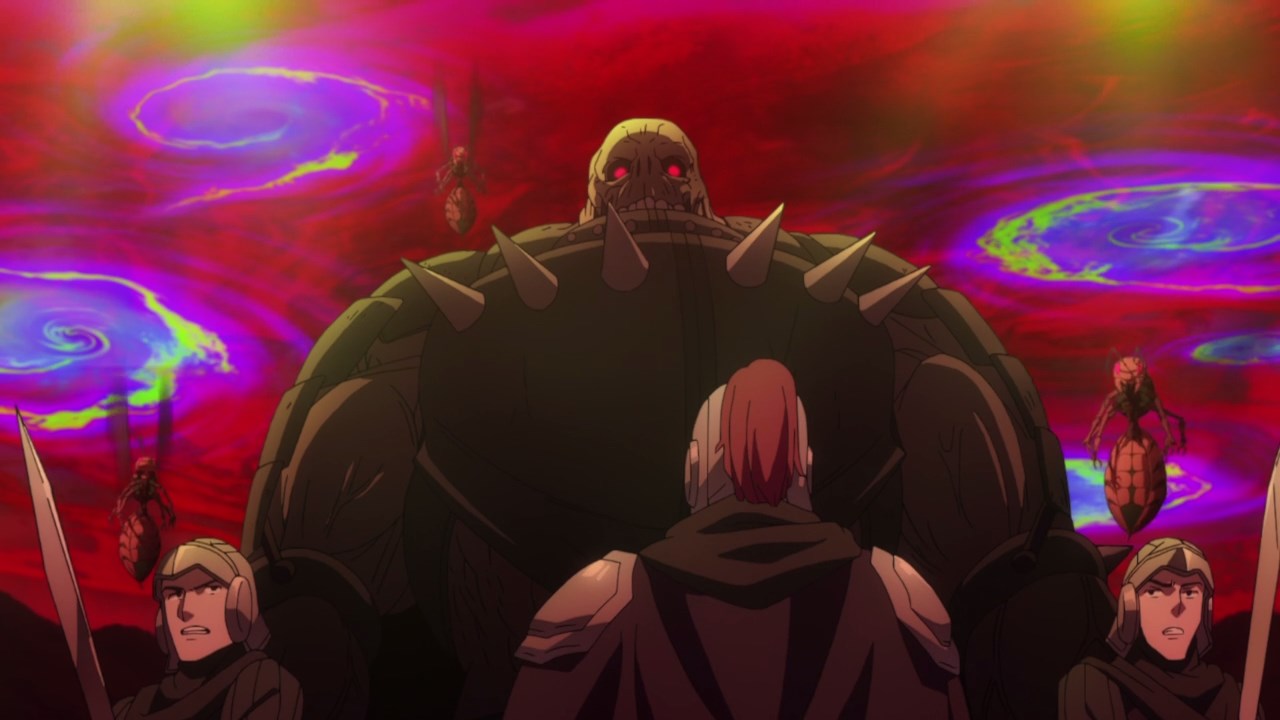 …especially when the knights are about to be killed by monsters because dammit, they lowered their guard down! 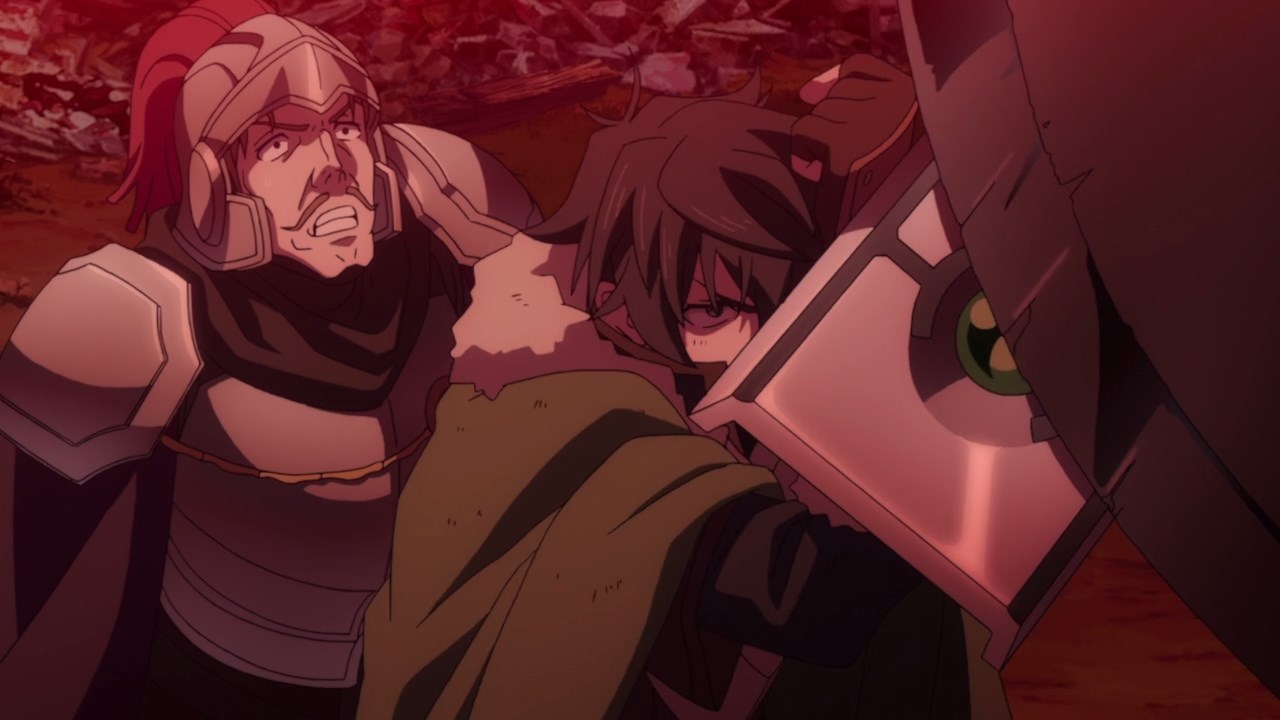 Fortunately, Naofumi the Shield Hero decides to save them but you know what, if Naofumi acted like an asshole towards the knights, they’re be toast right now because they bully the Shield Hero. 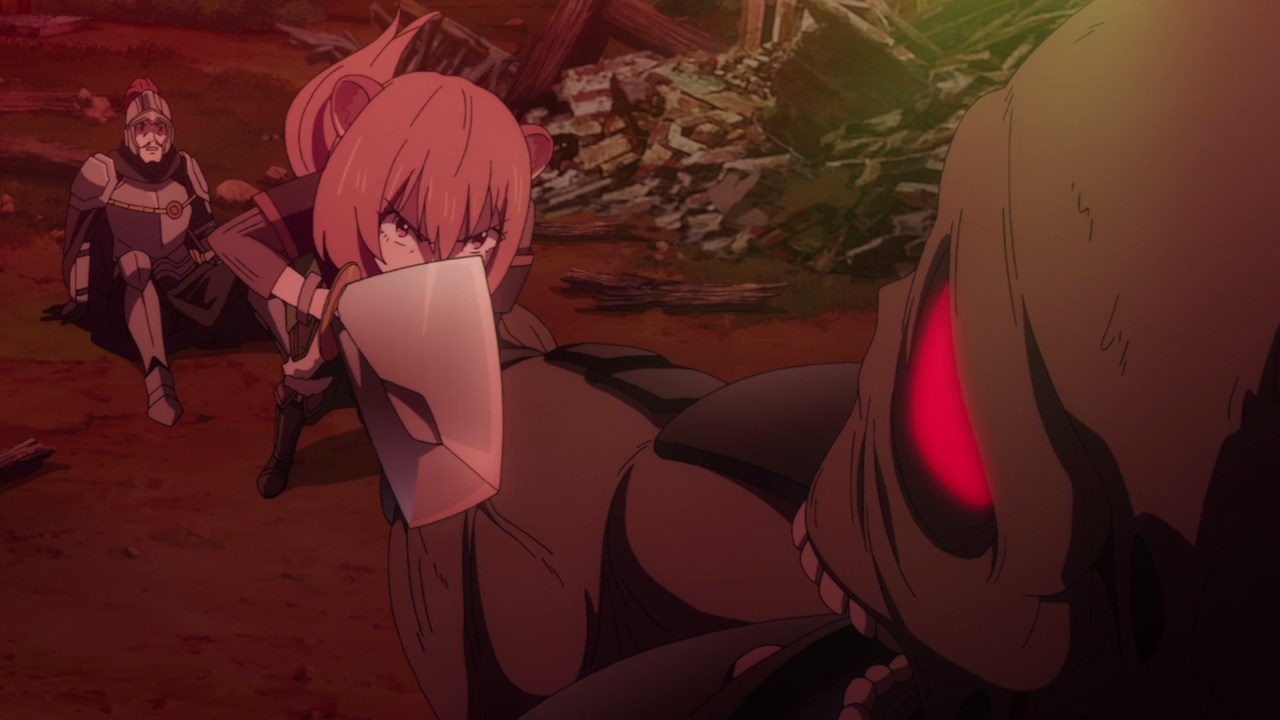 Oh yeah, and let’s not forget about Raphtalia as she won’t hesistate on killing those people who badmouth her master. 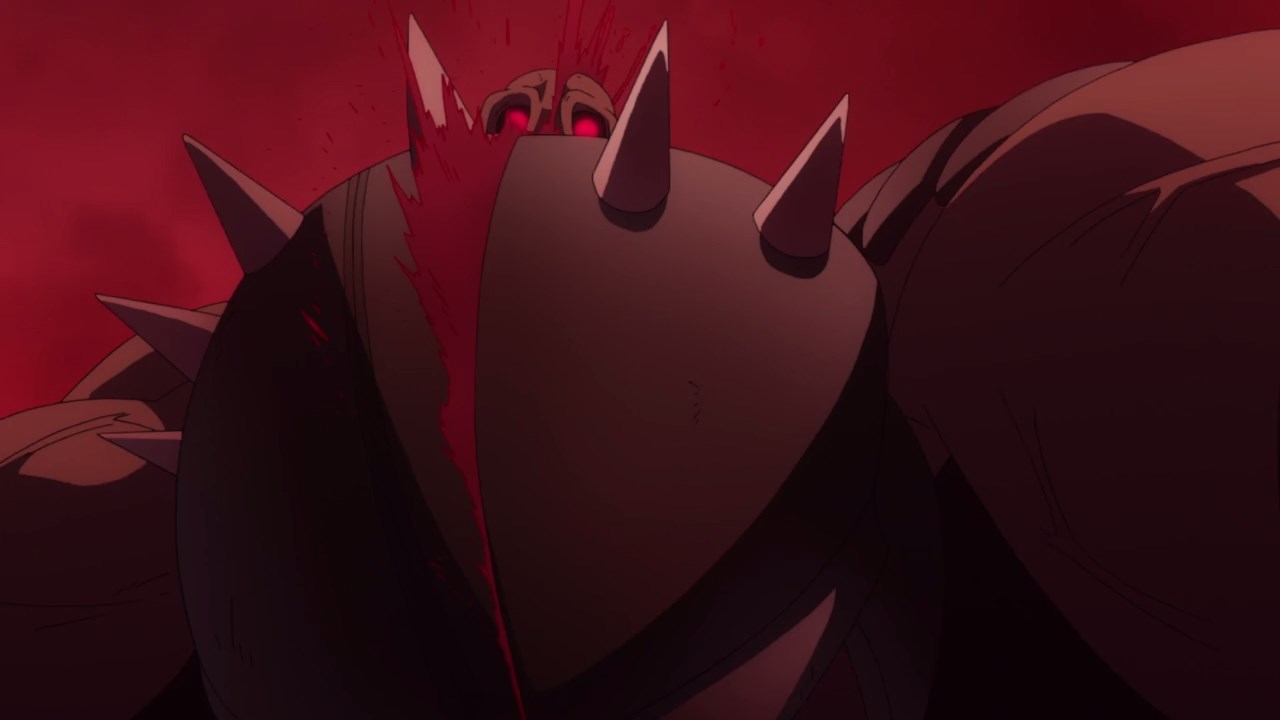 Of course, she decides to kill this monster instead because it’s better than leaving them alive. C’mon, these monsters are bad news as they’ll kill anyone in its path. 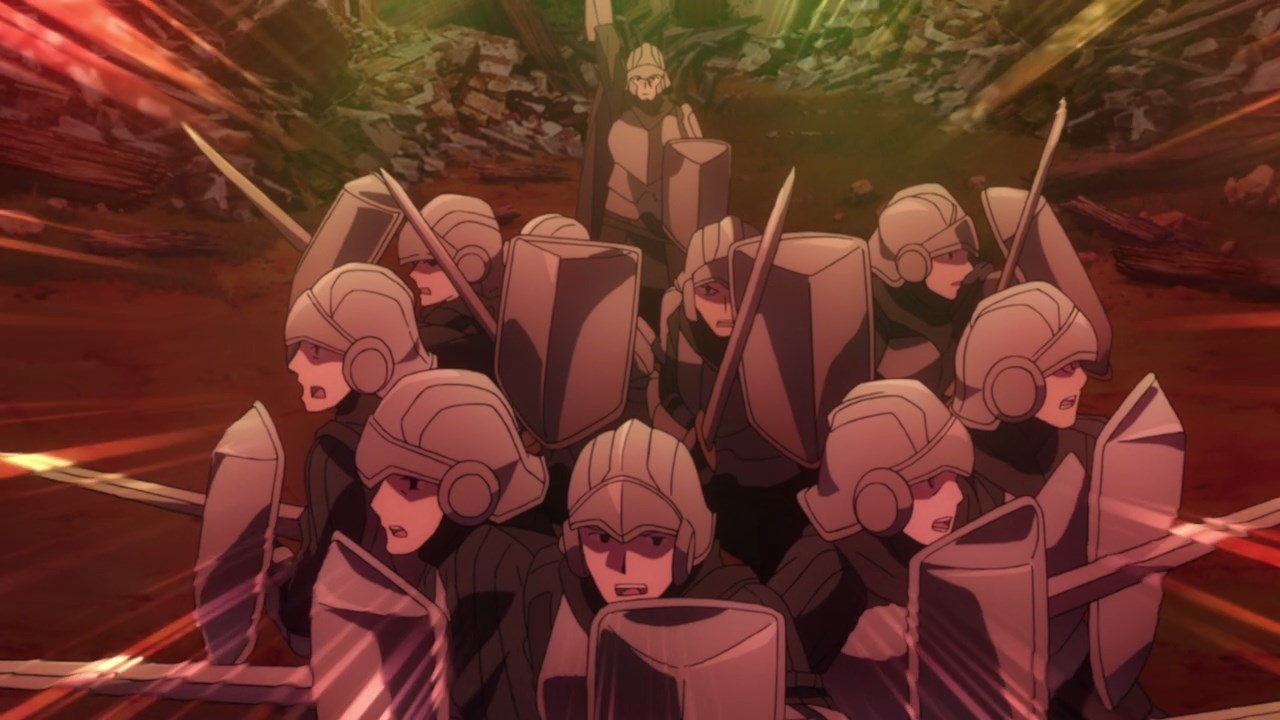 But thanks to them, some knights have decided to help both Naofumi and Raphtalia in order to drove the monsters away from the village, while the rest went to the 3 heroes because they’re well-respected. Speaking of those heroes, where is Motoyasu and the rest? 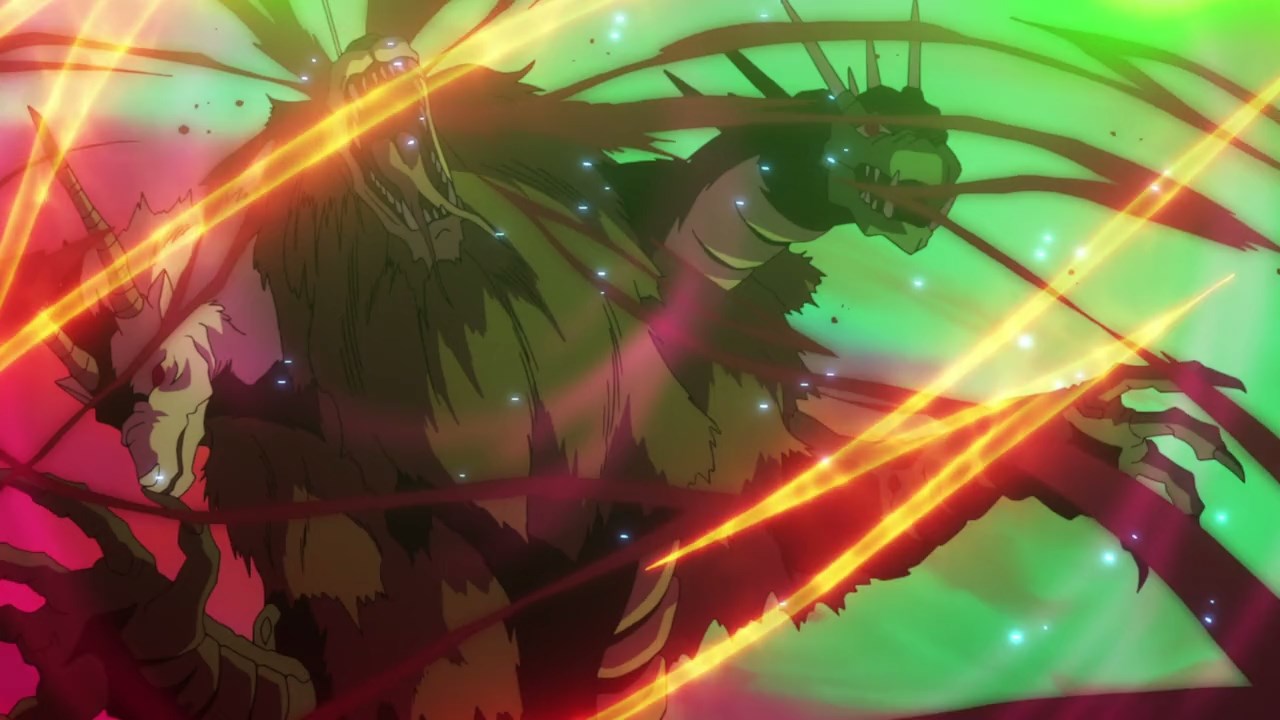 Well, Motoyasu and the rest of the heroes went to the boss and kill it because this boss is worth more than saving Lute Village. 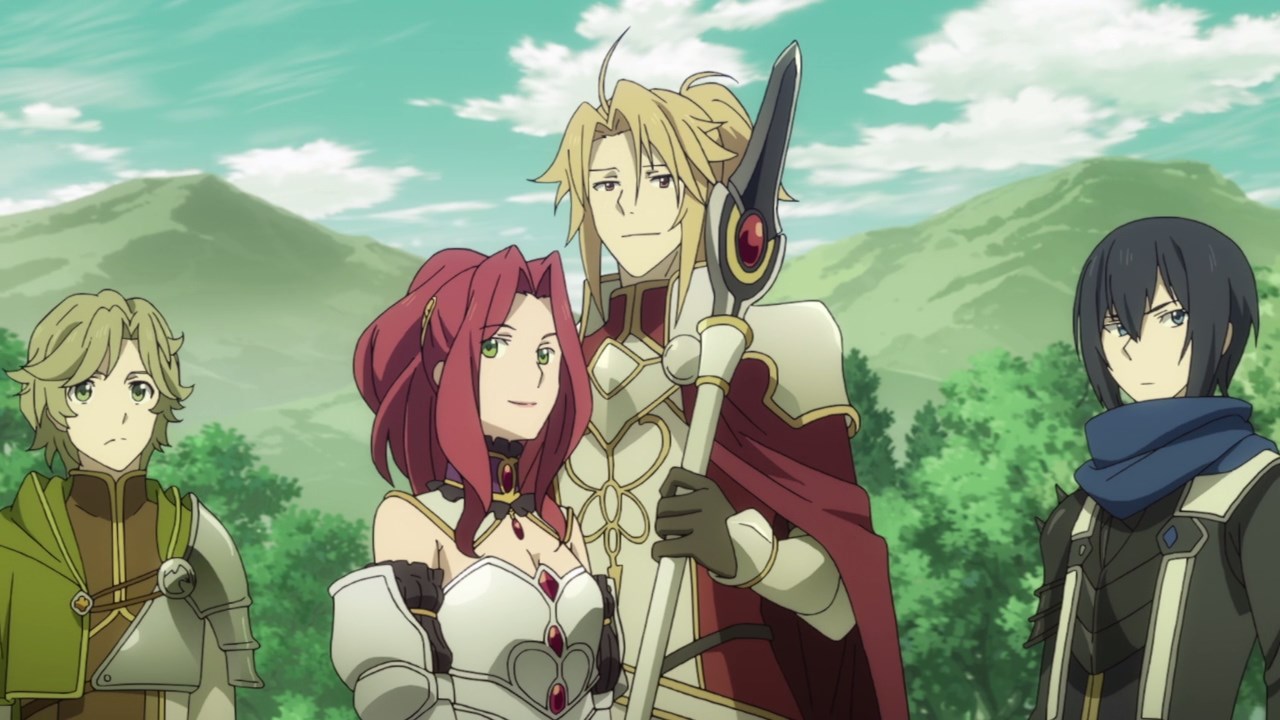 But anyways, the Wave of Catastrophe has ended as the 3 heroes managed to kill the boss.

So while the king will praise them for their heroic deeds, they should use their skills to save a nearby village or prevent the monsters for killing villagers. 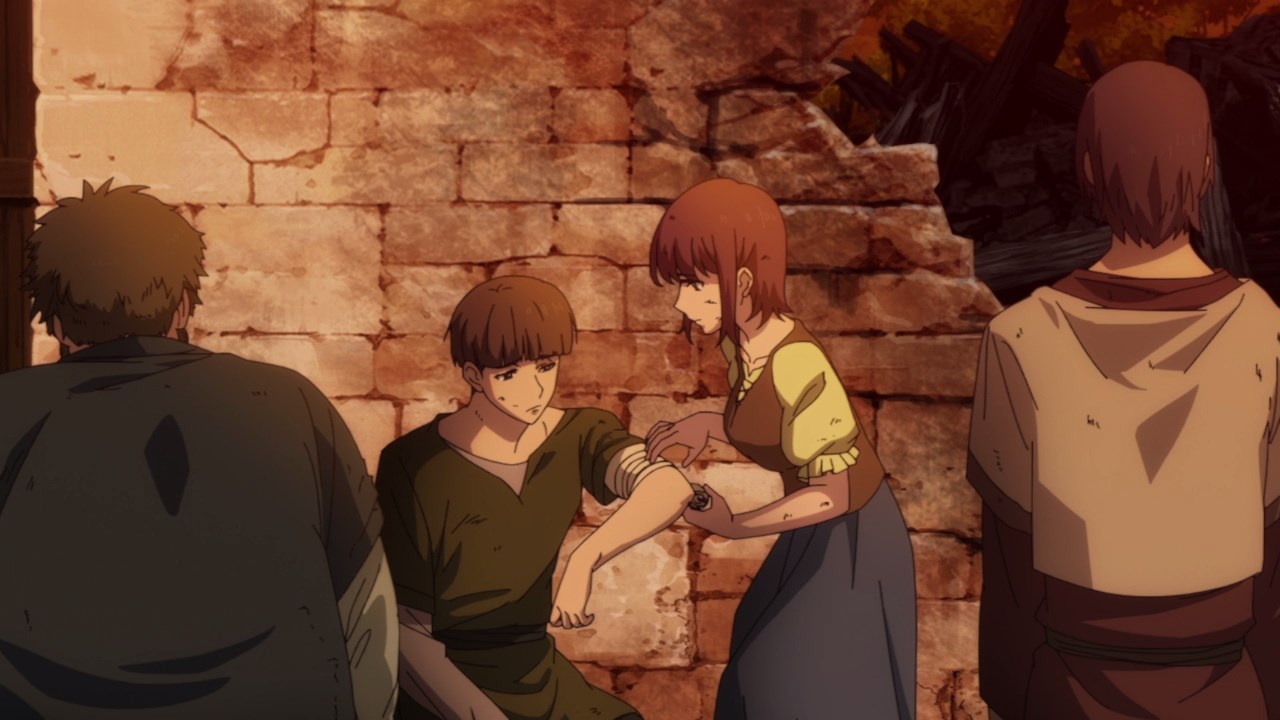 Speaking of the villagers, they’ll have a long time rebuilding their town after surviving another Wave.

Even though most of them survive, there’s still some casualties and it’s not like they’ll be revived because this world is not a game. 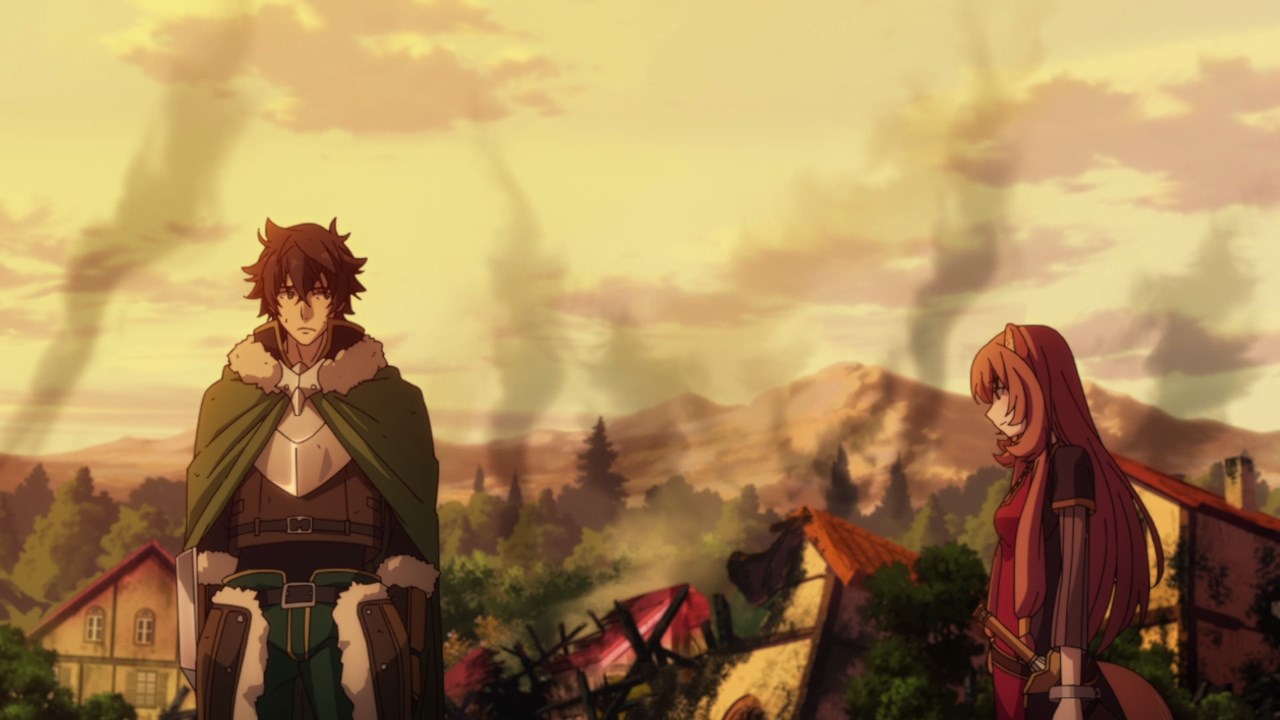 For both Naofumi and Raphtalia, this is the reality the must face every day as they don’t want everyone to suffer like Raphtalia did.

Also, they don’t need rewards or anything because for one, Naofumi is skeptical towards the villagers or anyone within the Melromarc Kingdom due to his bad publicity as the Shield Hero. 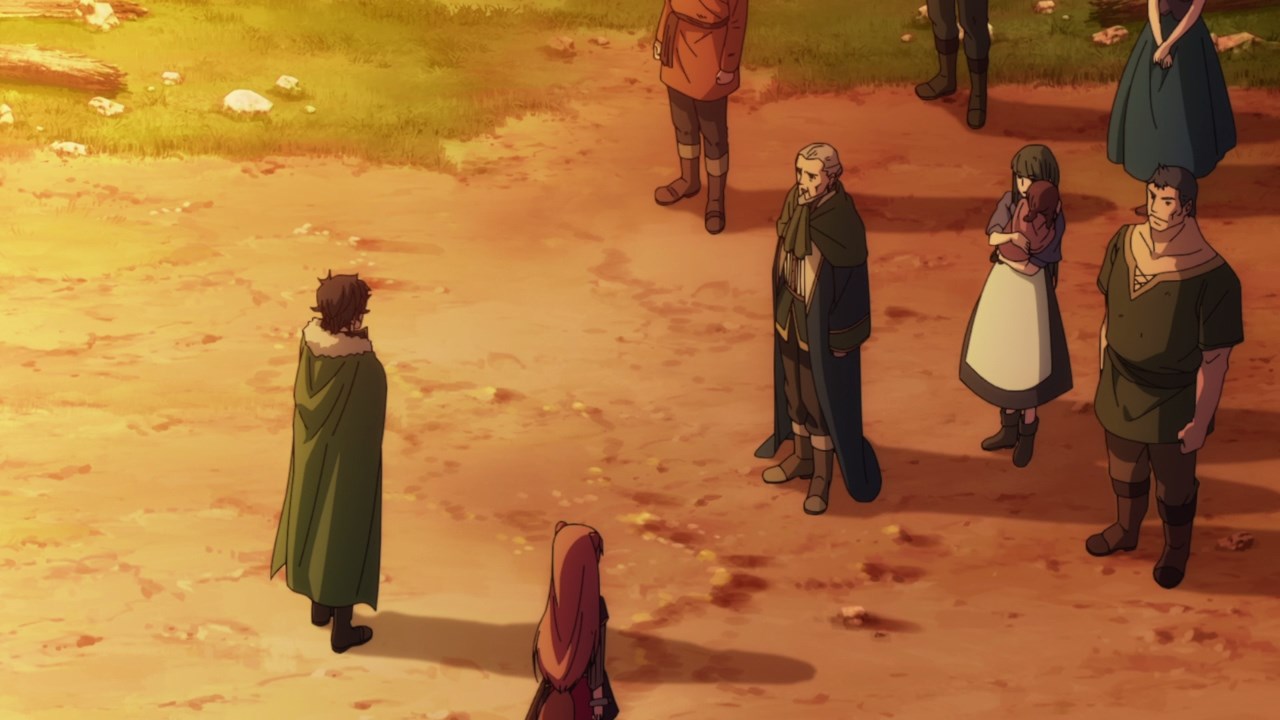 However, they don’t about his reputation as the village elder thanked Naofumi for saving his village. Without Naofumi’s intervention, they might be dead right now or worse, lose their only place to live.

But that’s about it for this episode. We don’t know what’s in store for both Naofumi Iwatani and Raphtalia, but they’re still have a long way to go because the Kingdom of Melromarc wants to sink both the Shield Hero and his slave down. And really, I felt that they want Naofumi’s life even more miserable!

Anyways, I’ll see you next time as the kingdom celebrates the heroic deeds of the chosen heroes. Naofumi is not invited of course!