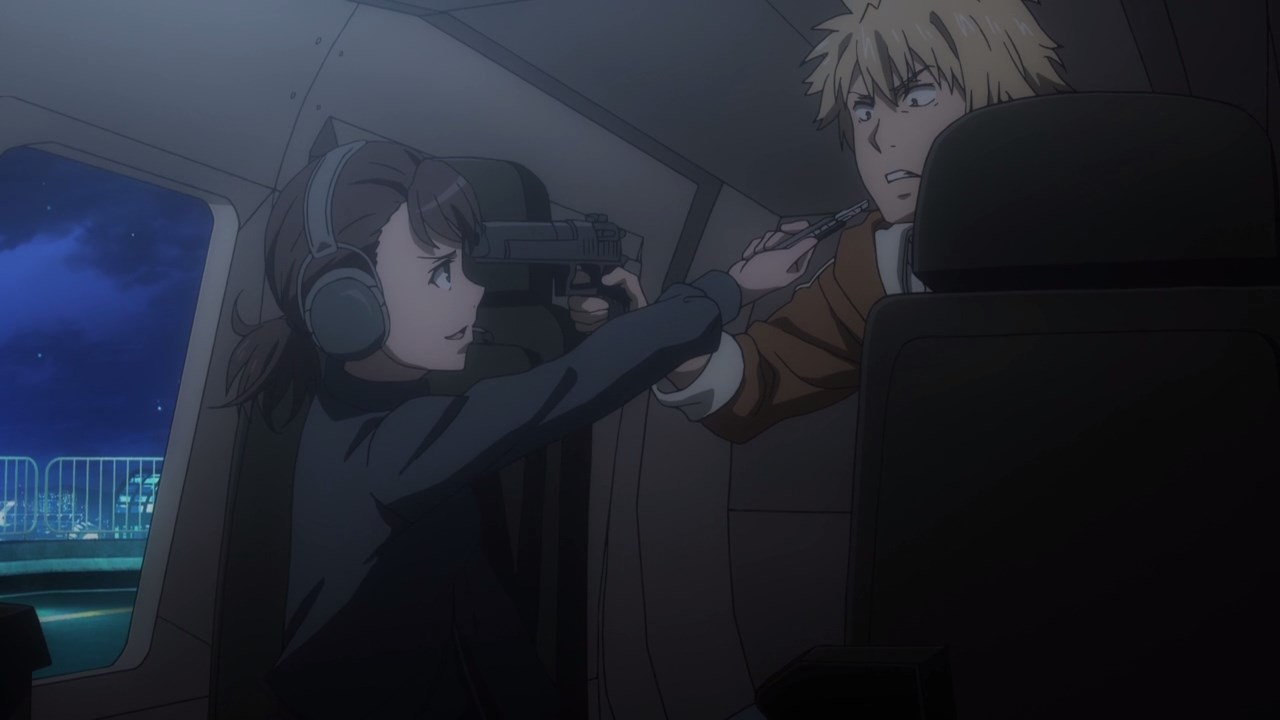 Well, this is an awkward situation for Shiage Hamazura as he was supposed to hijack a helicopter, but the pilot has other plans like pointing a box cutter at him.

Um Hamazura, I think it would be nice if you just said “Please, take me to the hospital!” instead of pointing your gun at the pilot. 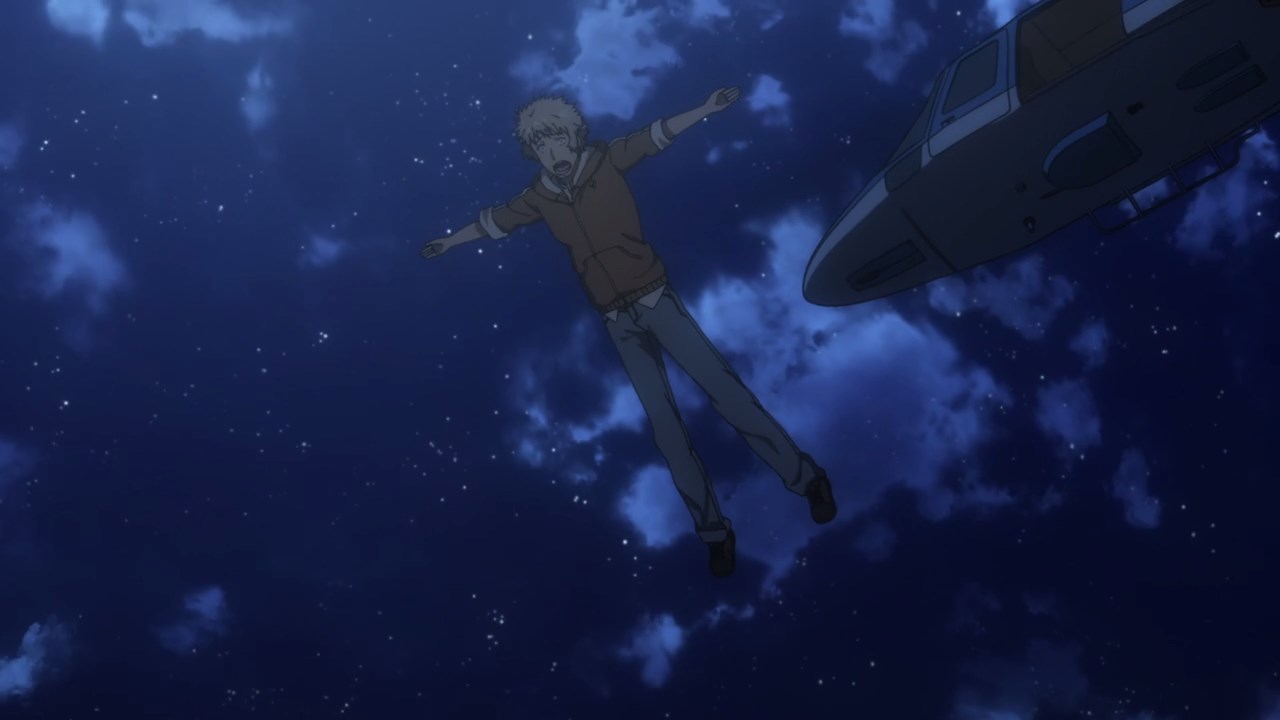 Fortunately, the pilot gave Shiage a ride, but he’ll have to jump out of the helicopter because there’s no helipad to land on. Let’s hope that Hamazura will be okay! 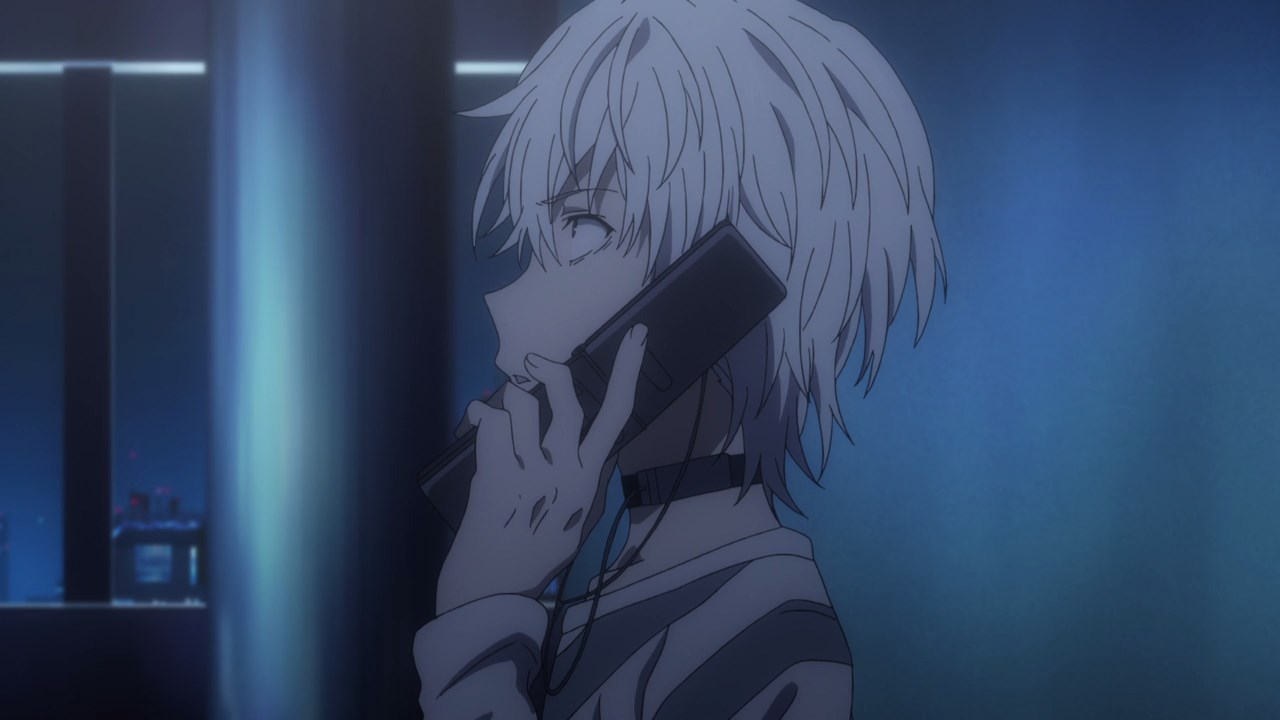 Meanwhile, here’s Accelerator as he’s cleaning house against the Spark Signal group at the hospital. Now all he needs is to find out what DRAGON is. 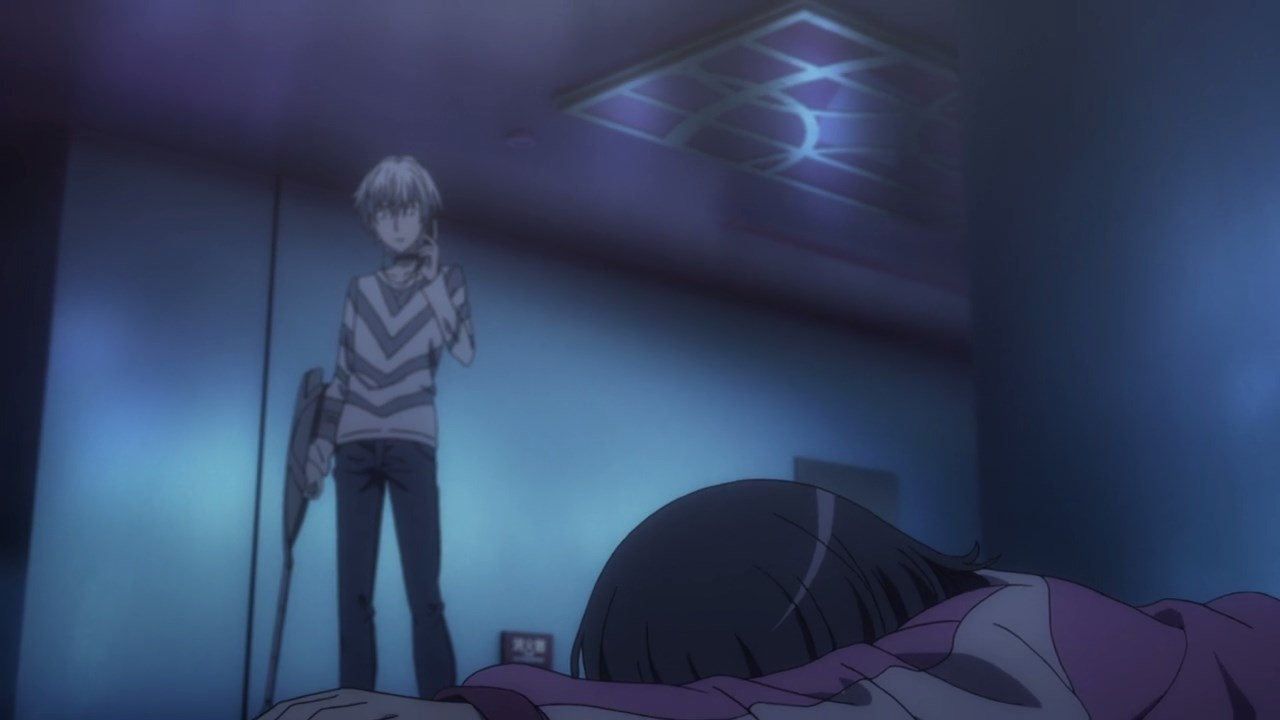 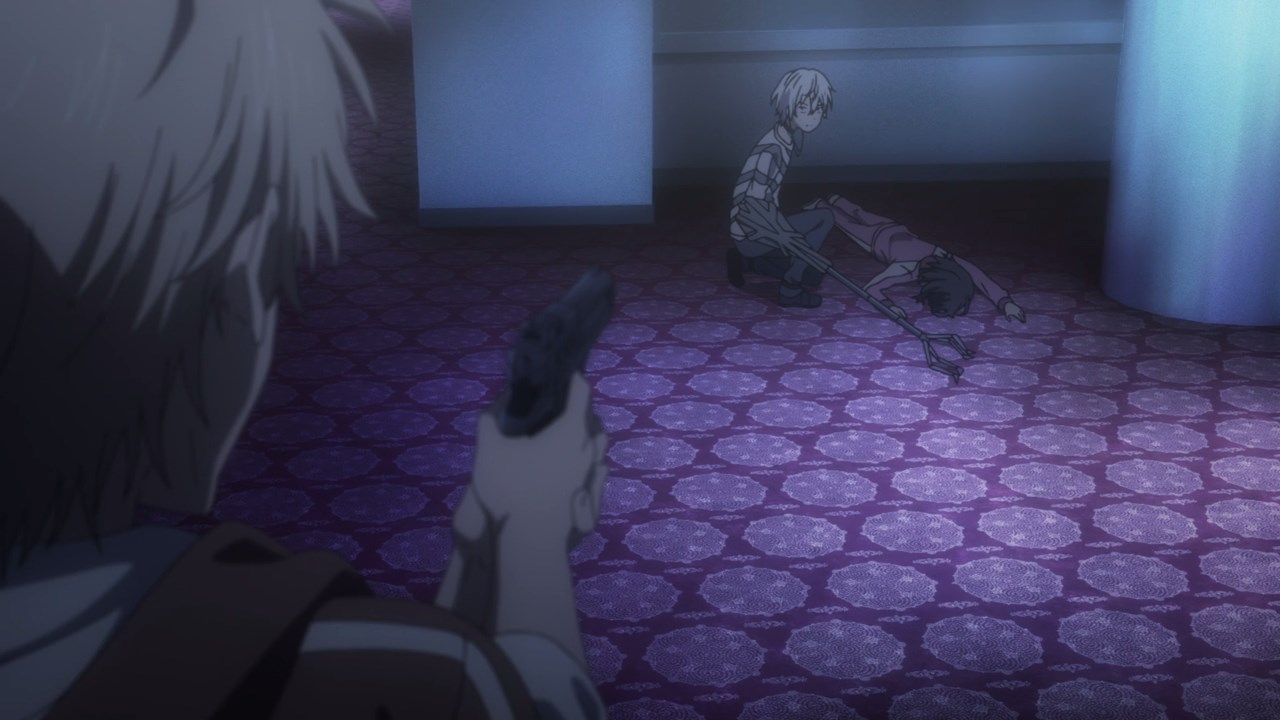 Then again, someone will take her instead of Accelerator as a certain punk is pointing his handgun at a Level 5 esper. 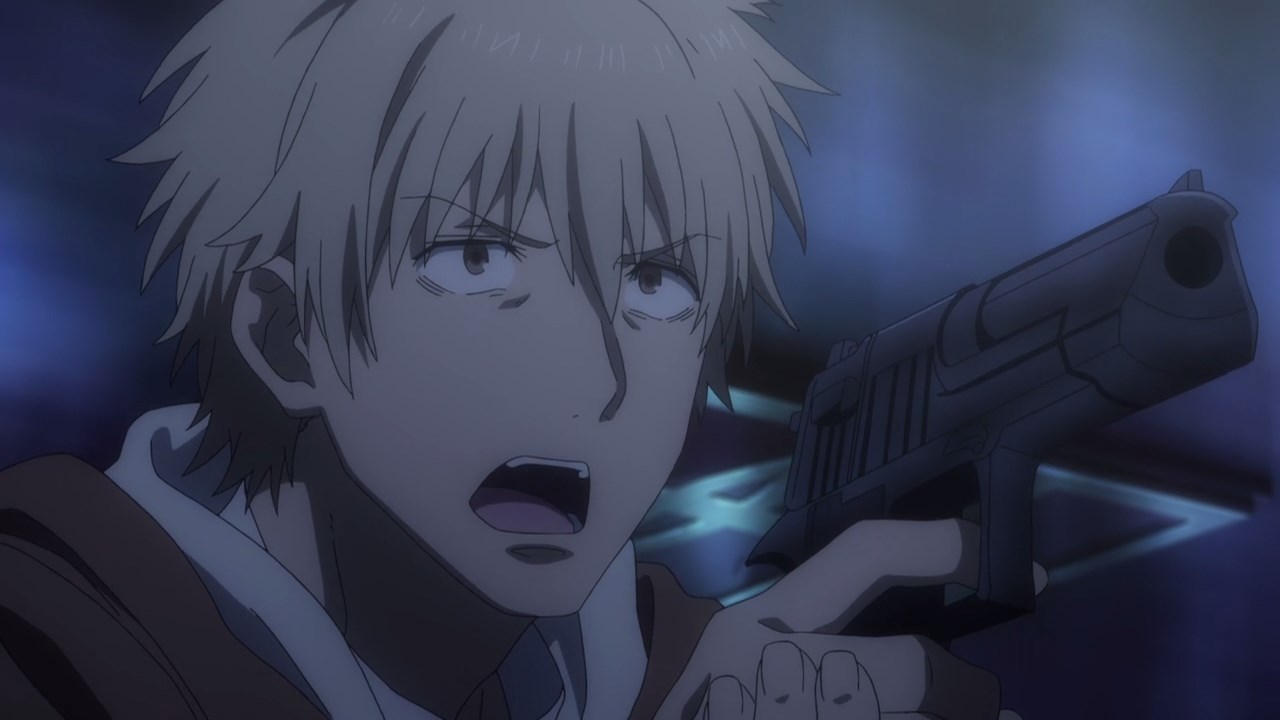 Um Hamazura, I think you should reconsider on threatening Accelerator ’cause he’s a sadistic Level 5 esper compared to you. 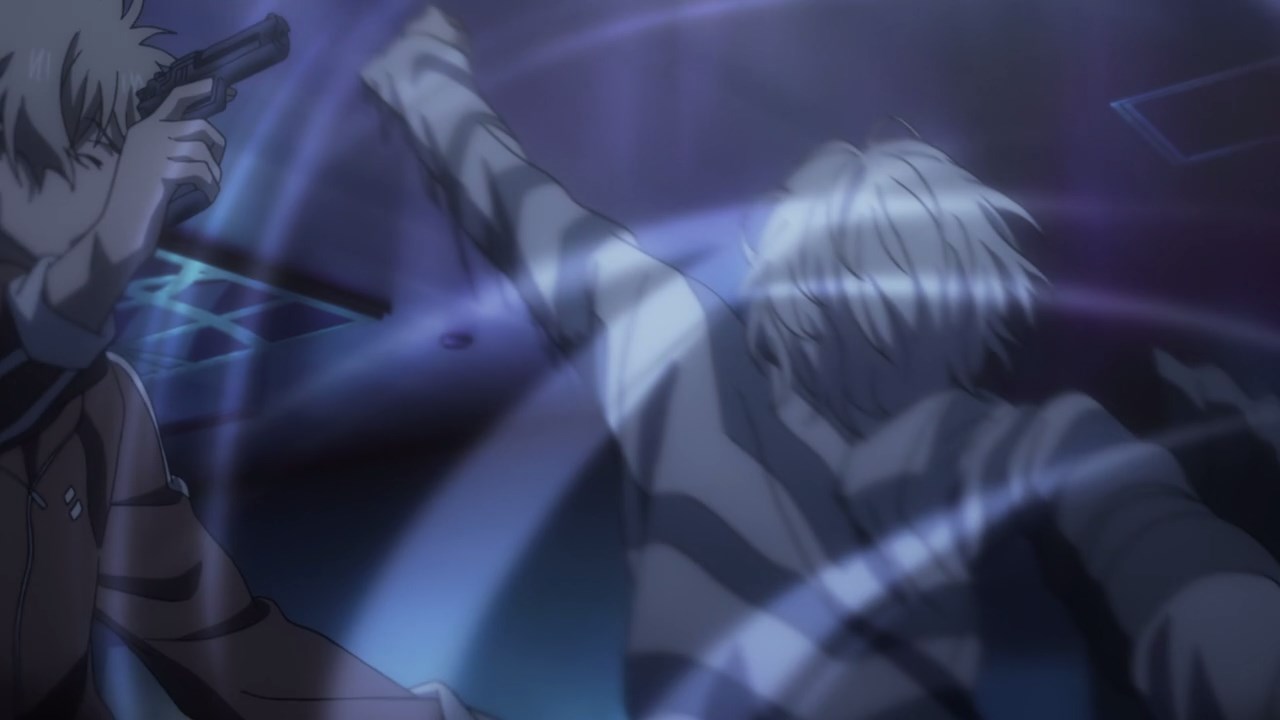 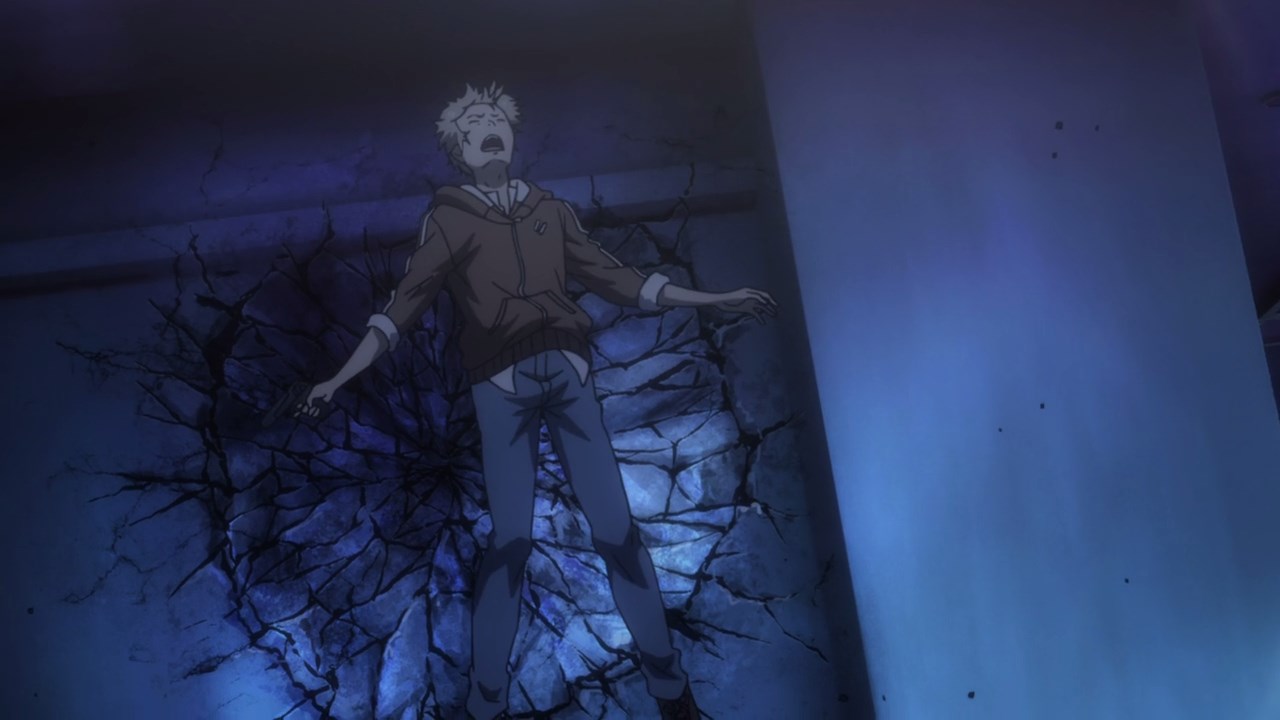 Sadly for Shiage, looks like he’ll receive a beating from Accelerator as the Level 5 esper punched Hamazura so hard that he was sent flying towards the wall.

And really, Hamazura might have died there if Accelerator goes overboard. 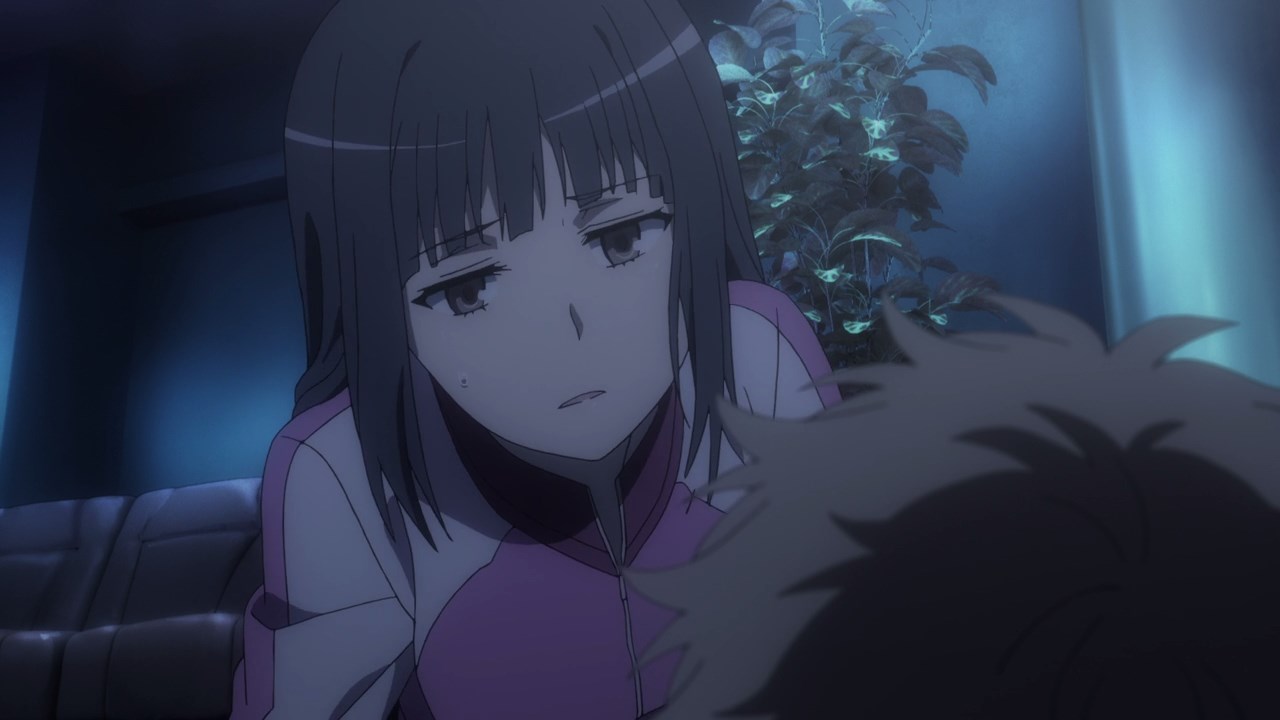 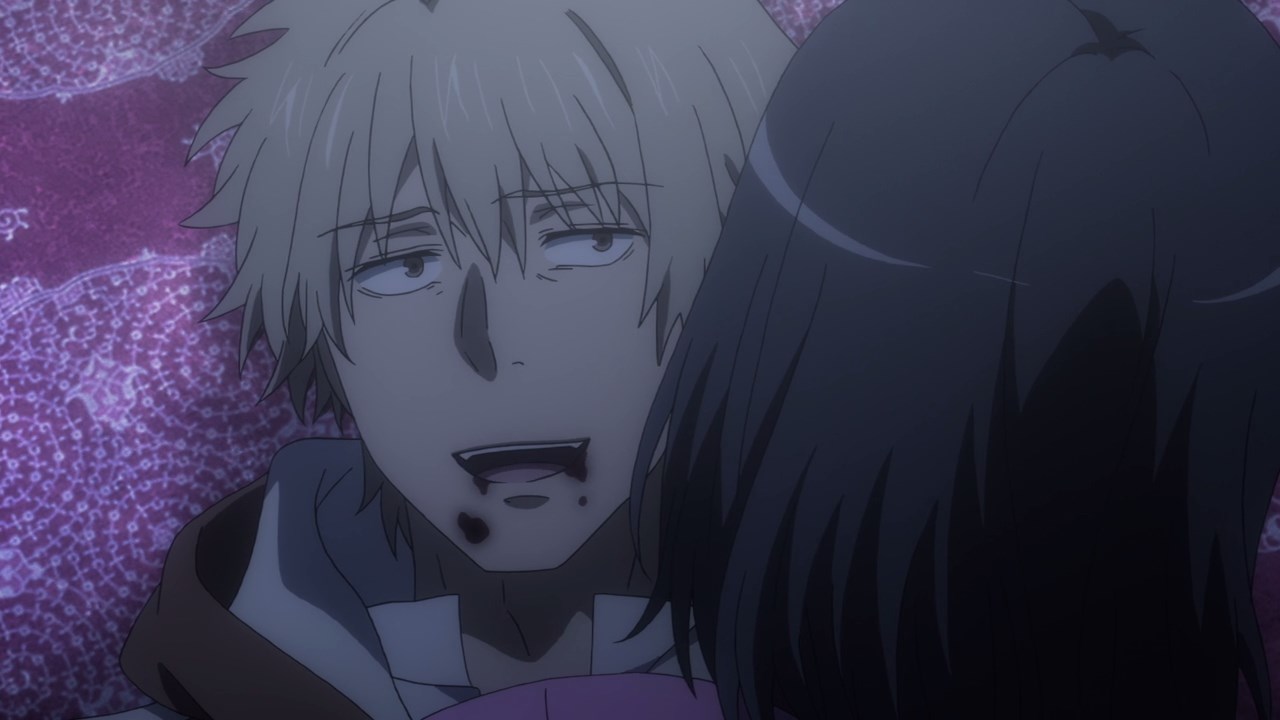 And fortunately for Takitsubo, she felt a sigh of relief when Hamazura is okay. He might have some broken bones here and there, but what’s important is that Shiage is alive. 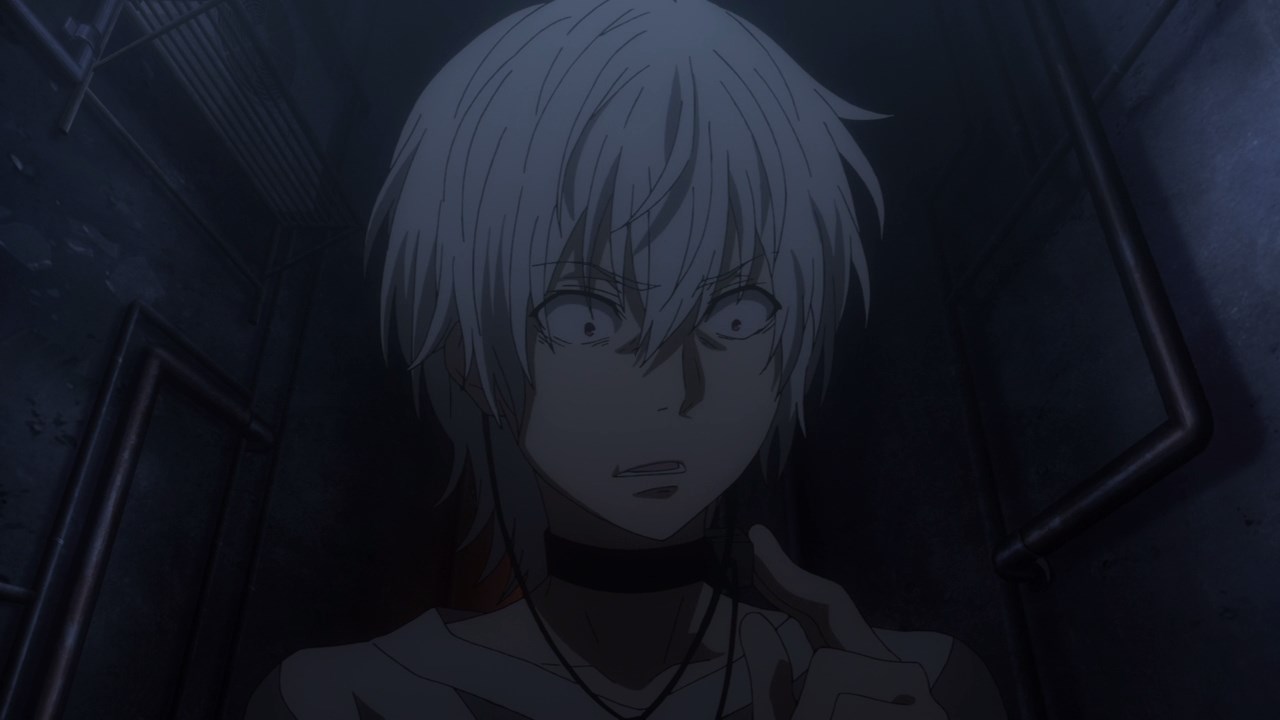 Now let’s go back to Accelerator where he found out that it was his client Shiokishi who’s pulling the strings, like sending Spark Signal to terrorize Academy City.

This got him very suspicious towards Shiokishi but unfortunately for Accelerator, it appears that Shiokishi made a pre-empted move to eliminate him and his GROUP comrades once they’re done or they’re digging too much about his secrets. 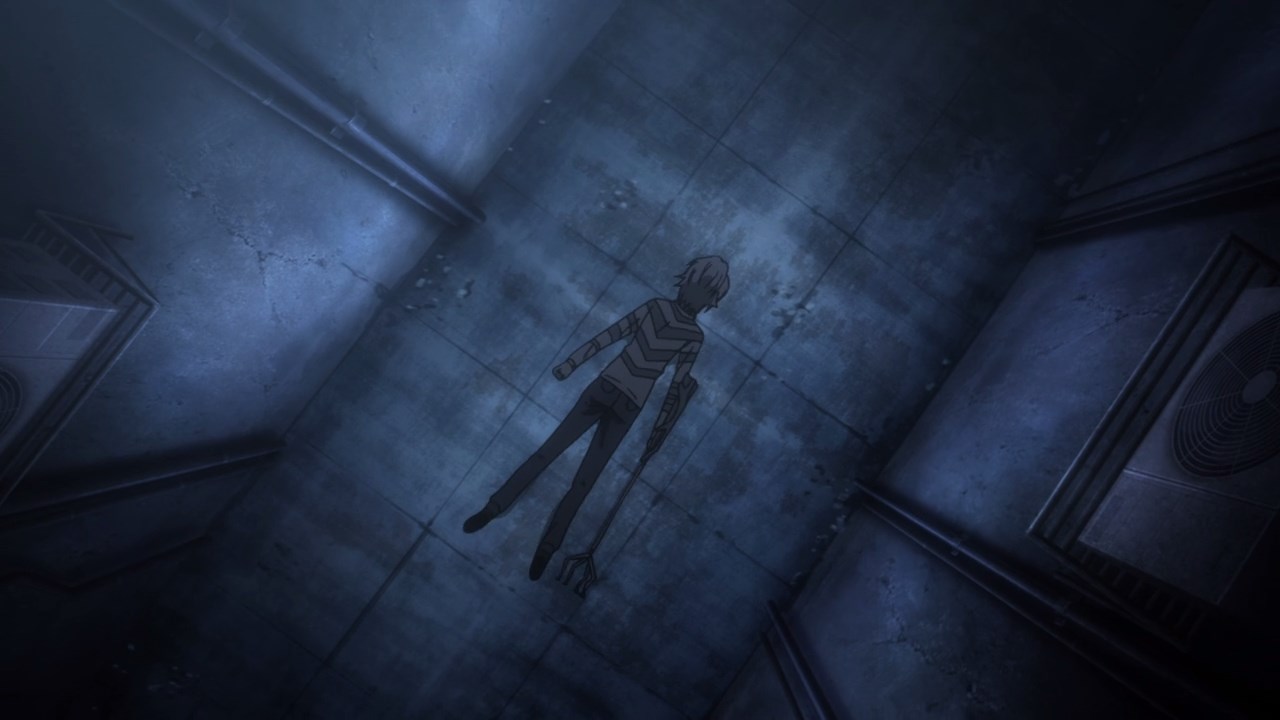 With that said, looks like someone cut the electrical signal to Accelerator’s choker, which made him pass out at the alleyway. 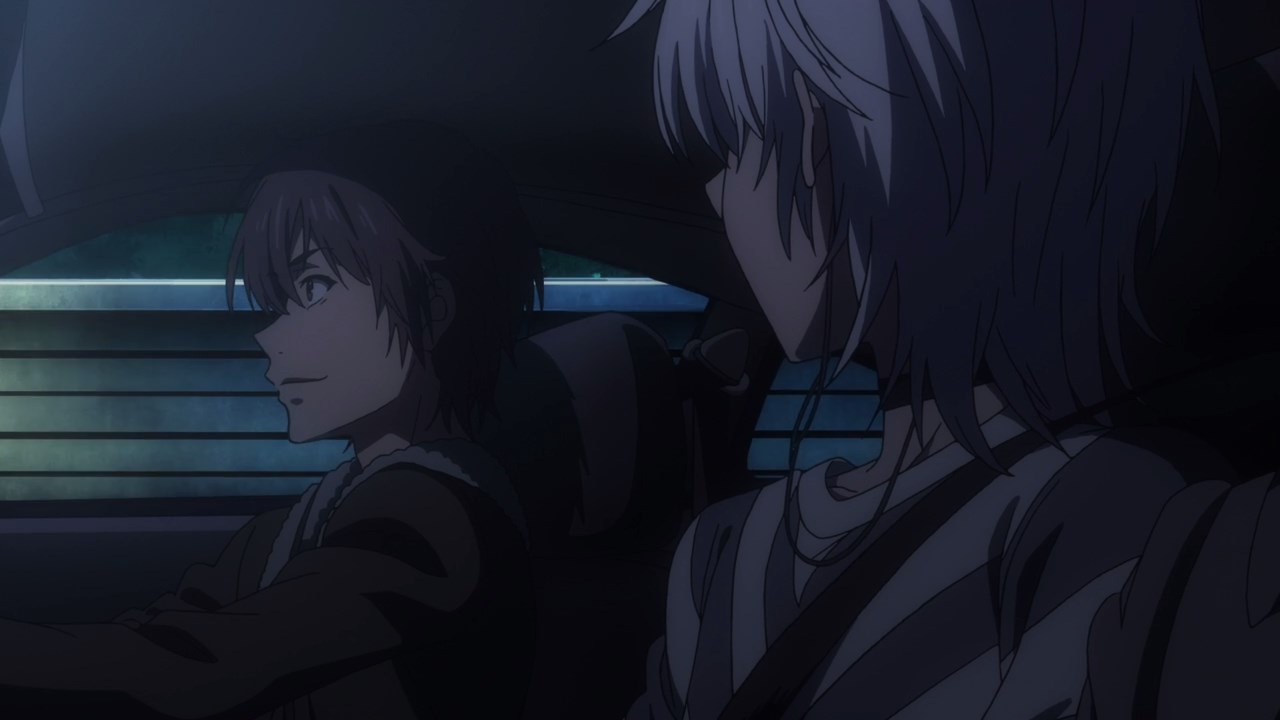 Luckily, someone picked Accelerator up and gave him a ride, as this guy revealed himself to be the companion of the pregnant teacher from the previous episode.

While he thanked Accelerator for saving the teacher’s life, Accelerator told him to step on the gas and head towards the observatory because he wants to meet with Monaka Oyafune, which she can talk to Shiokishi since they’re on the same governing board. 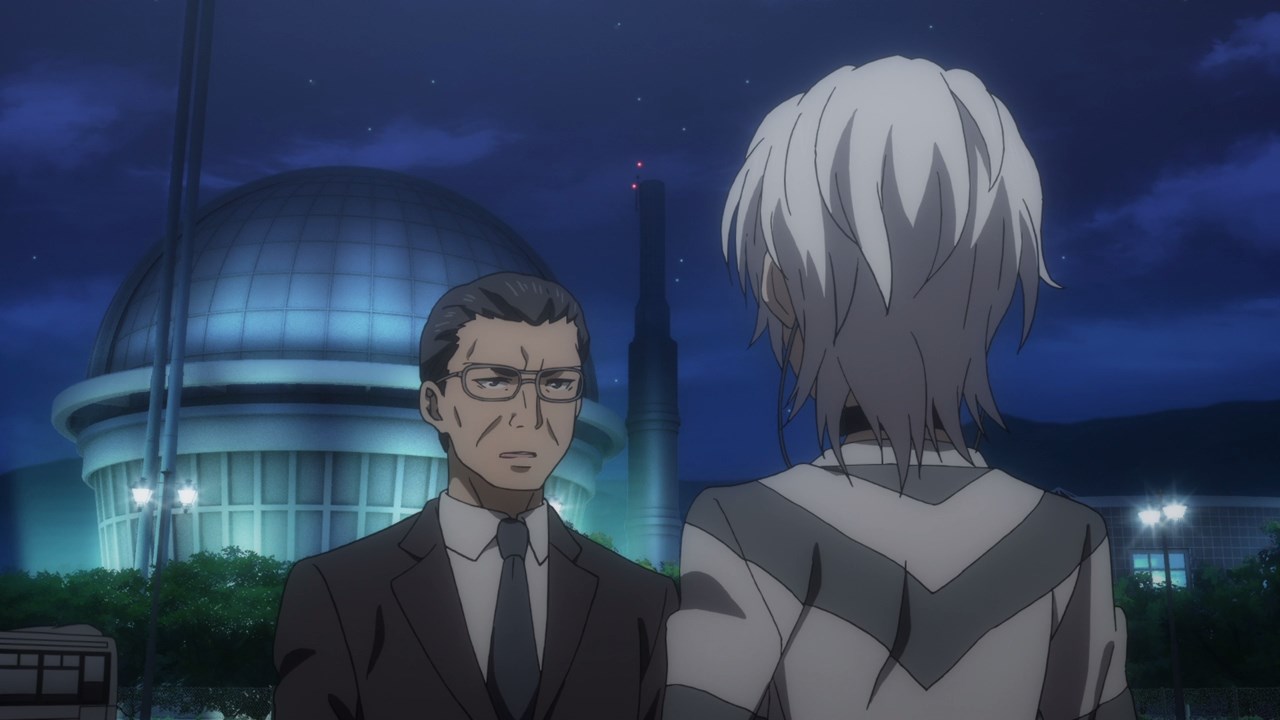 However, one of the Oyafune’s bodyguards told him that he can’t see Oyafune right now as it was revealed that not only Spark Signal stormed the observatory and captured the students there, but it turns out that Monaka’s daughter is being targeted by Shiokishi who opposed Oyafune’s policy of restricting development and distribution of weapons.

Basically, Accelerator has no options left for him but to confront Shiokishi by himself, knowing that it’ll be difficult for him, his GROUP team-mates, and Last Order when one of Academy City’s directors got assassinated by deranged esper. And once they caught wind of it, they’ll kill Accelerator and everyone who’s associated with him. 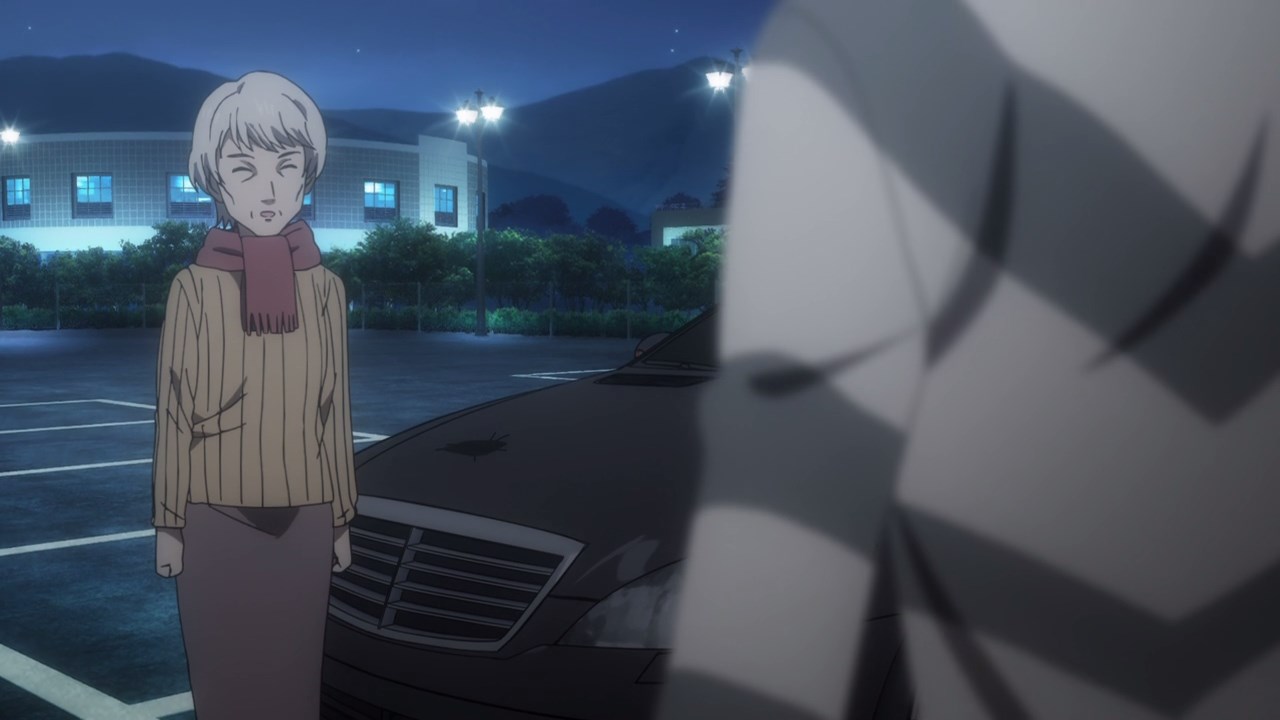 That’s until Monaka Oyafune appeared in which she wants to help Accelerator after learning about Spark Signal terrorizing Academy City.

In any case, Accelerator and the rest of GROUP will accompany Oyafune for a one-on-one dialogue with Shiokishi, regardless of the risk involved. 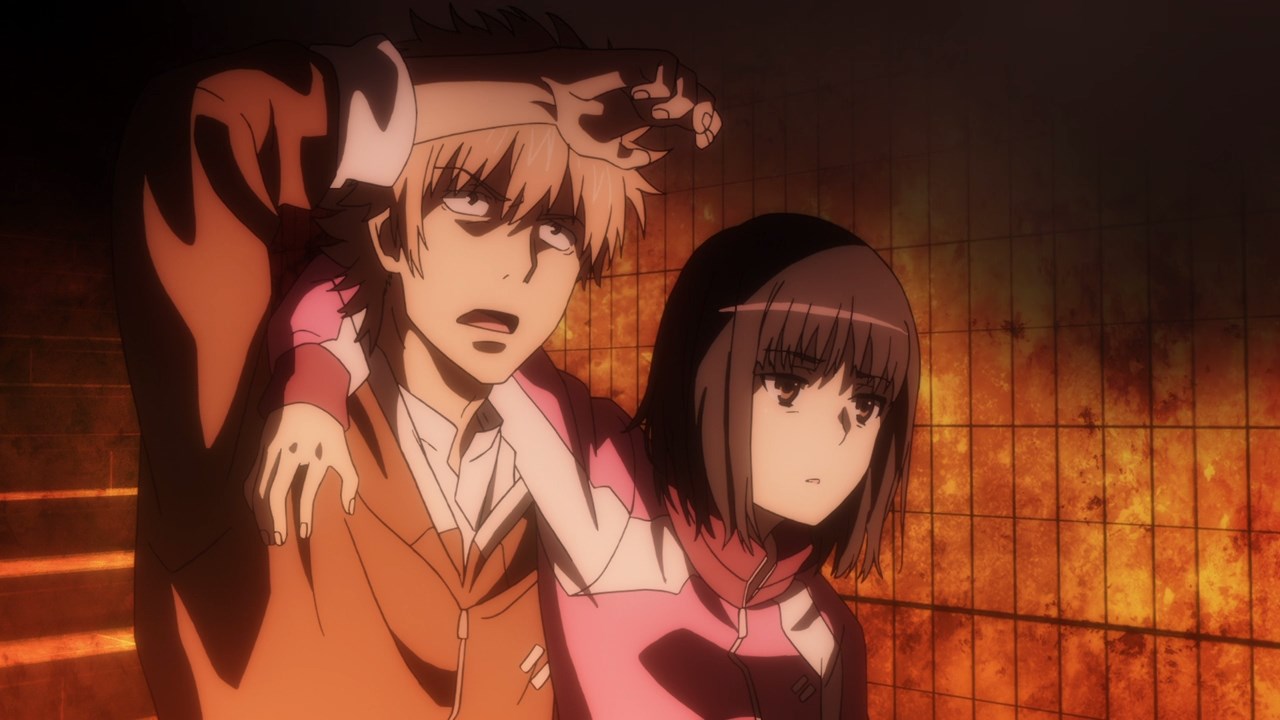 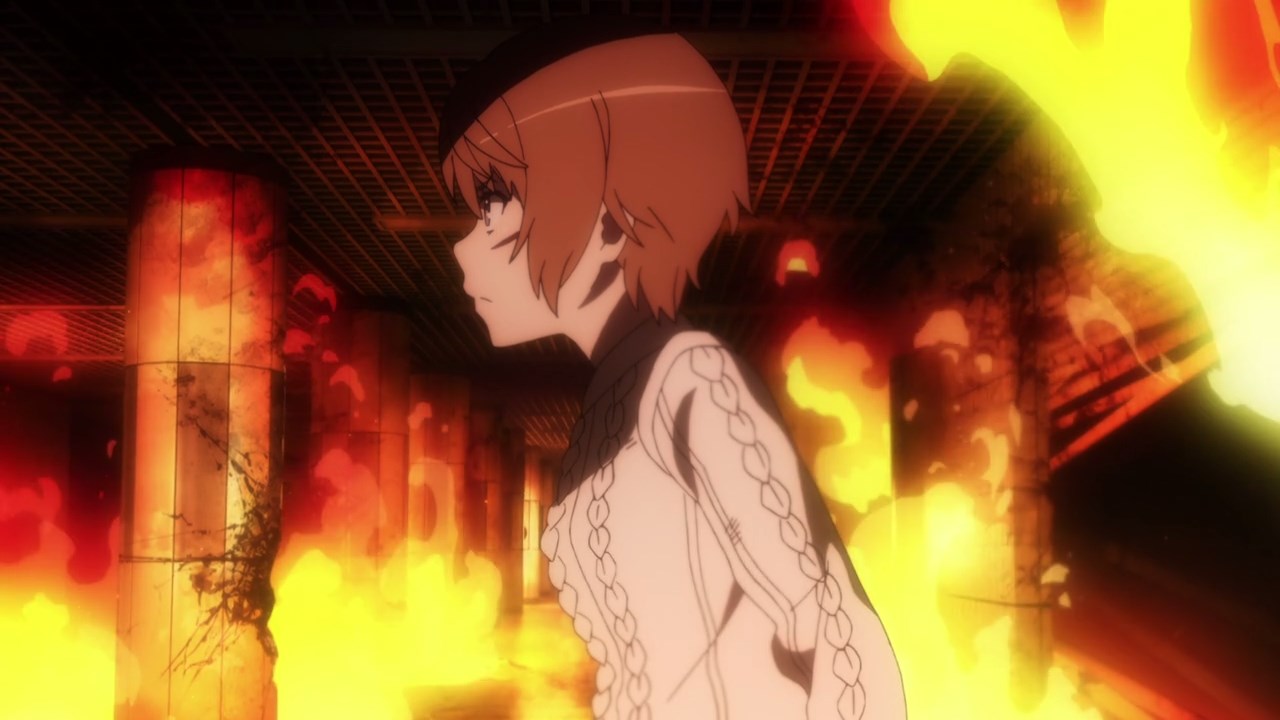 In fact, Kinuhata told both of them to run away as she encountered a dangerous foe. 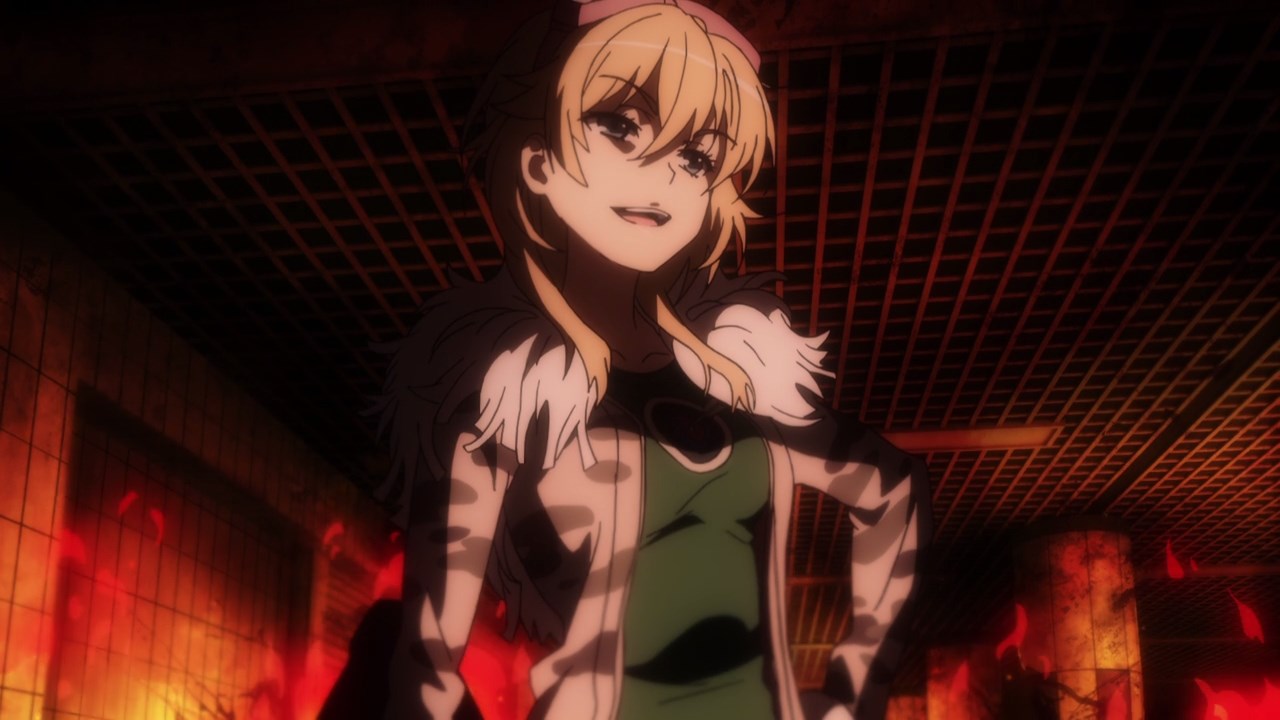 Anyways, this is Stephanie Gorgeouspalace as she’s here in Academy City to hunt down those people who crippled Chimitsu Sunazara.

Also, she has a machine gun but Stephanie Gorgeouspalace might have psychic powers to kill Saiai Kinuhata and her friends along with it. 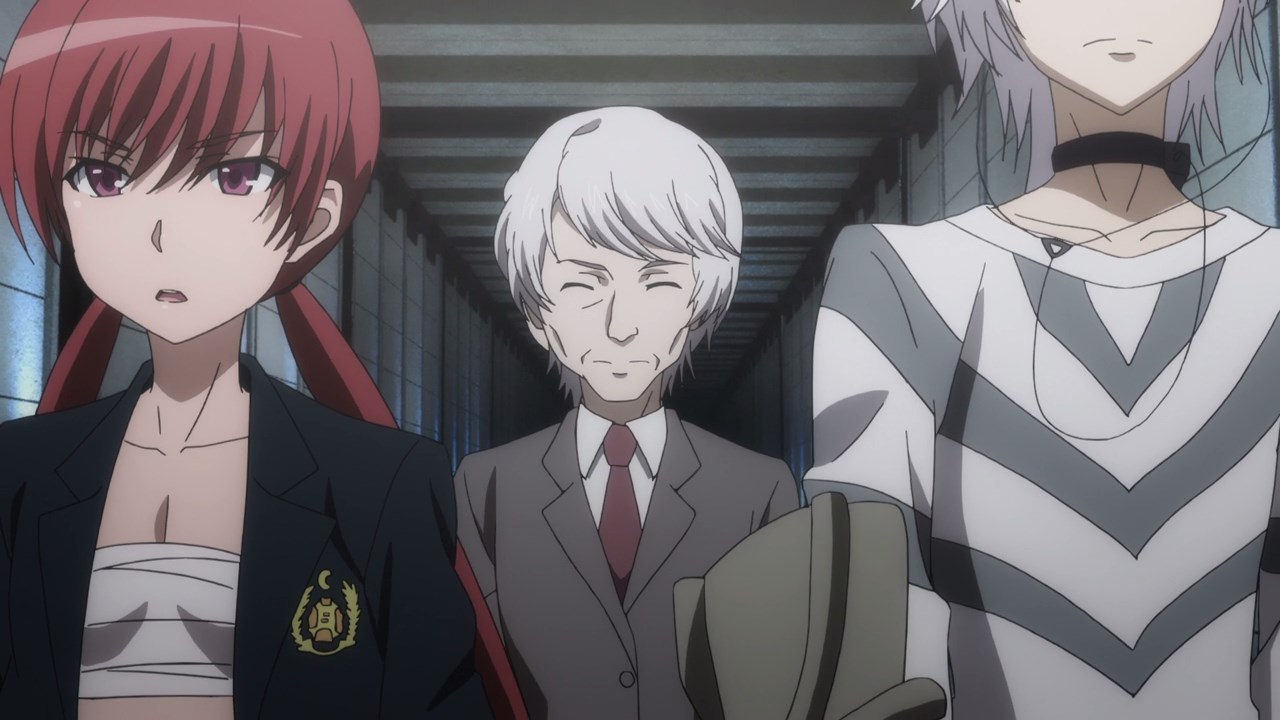 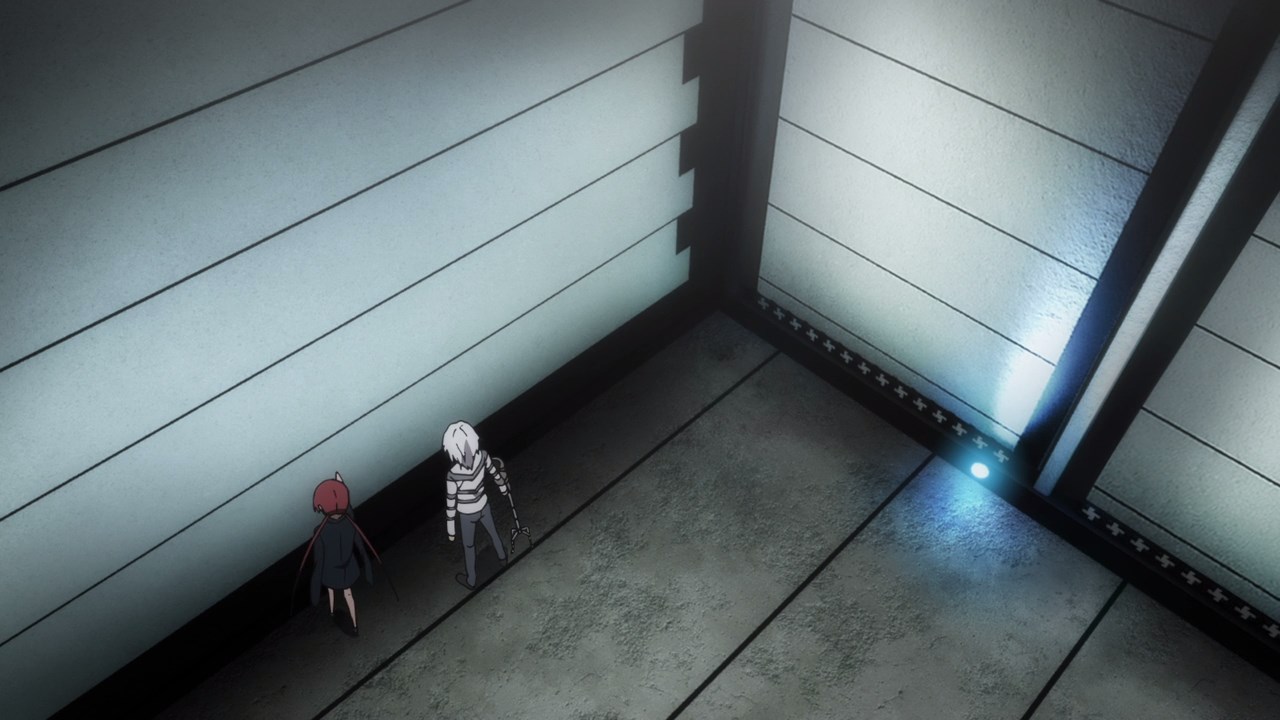 Unfortunately, Monaka Oyafune got separated from both Accelerator and Musujime, leaving the old lady vulnerable to being assasinated by one of Shiokishi’s men. 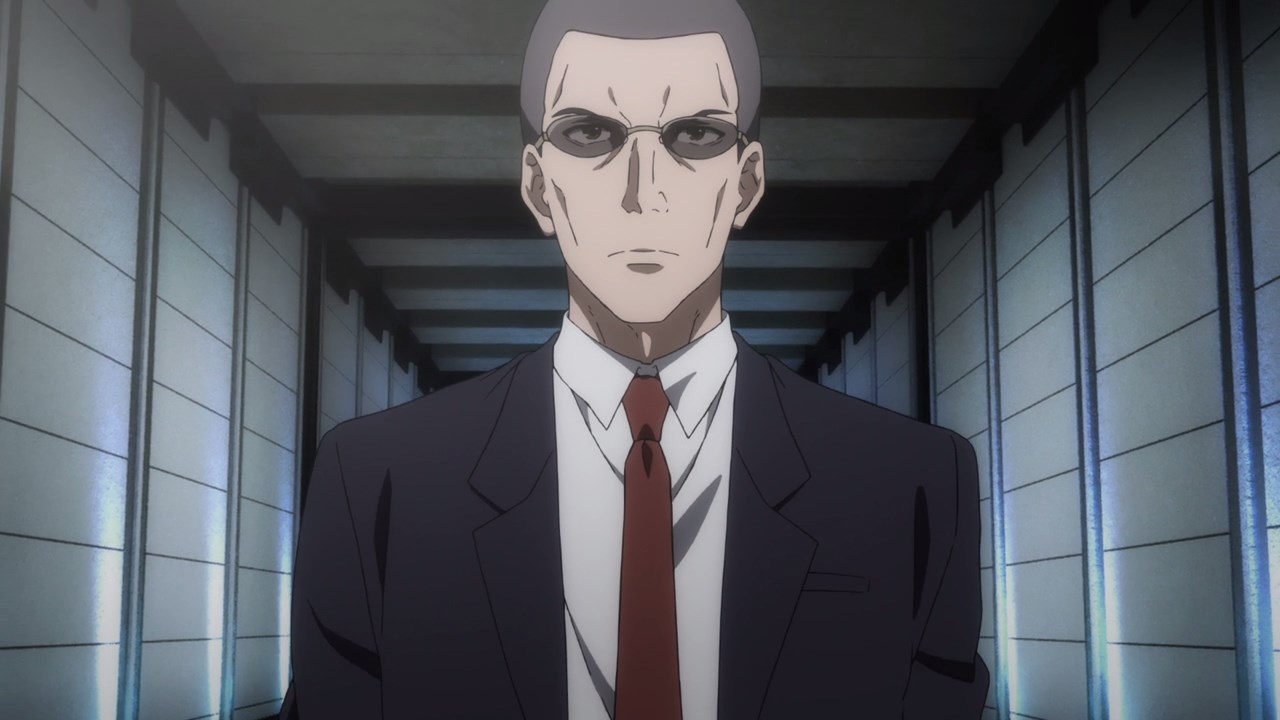 But for now, Accelerator and Musujime will have to fight against Sugitani, a descendent from the Koga ninja clan.

While Accelerator encounted him before, seems that their second meeting won’t be easy as Sugitani won’t hold back towards the Level 5 esper. Of course, I’m curious to see how will Sugitani handle a Level 5 esper like Accelerator. 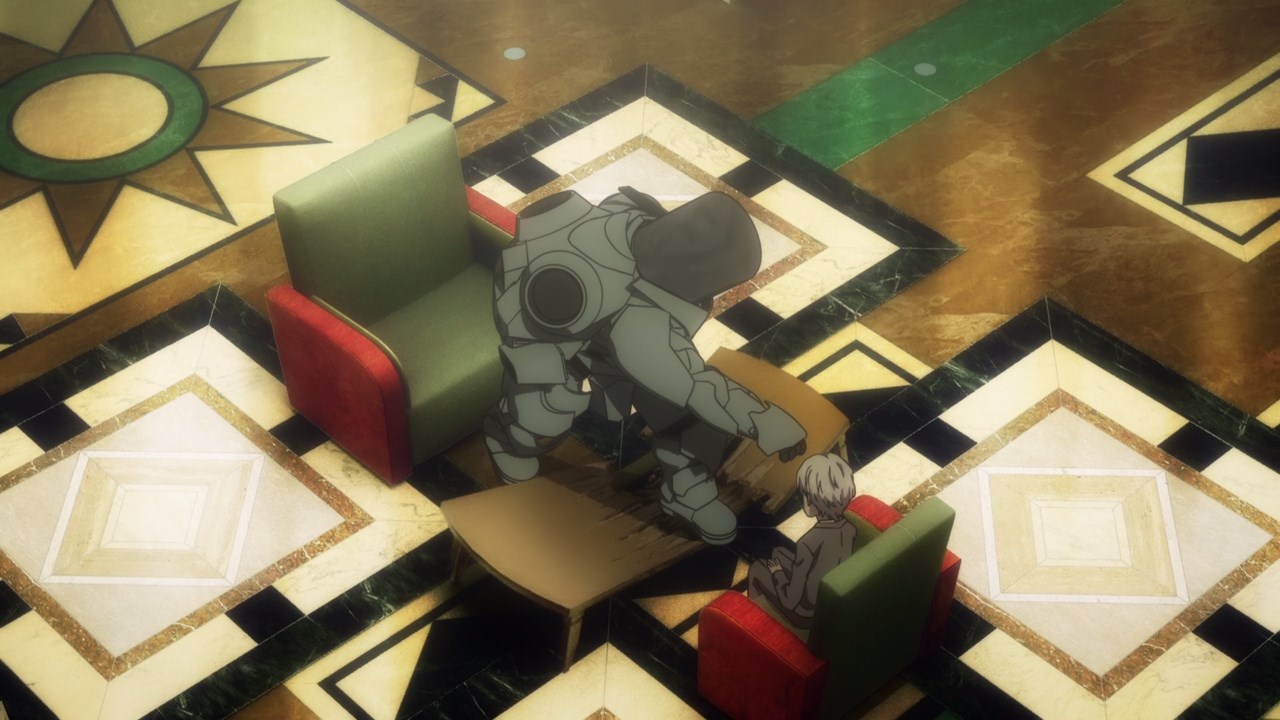 Meanwhile, it turns out that Monaka Oyafune has safely arrived at Shiokishi’s room and talk to the director, only for Shiokishi to kill Oyafune right here because he considers her as a nuiscance. 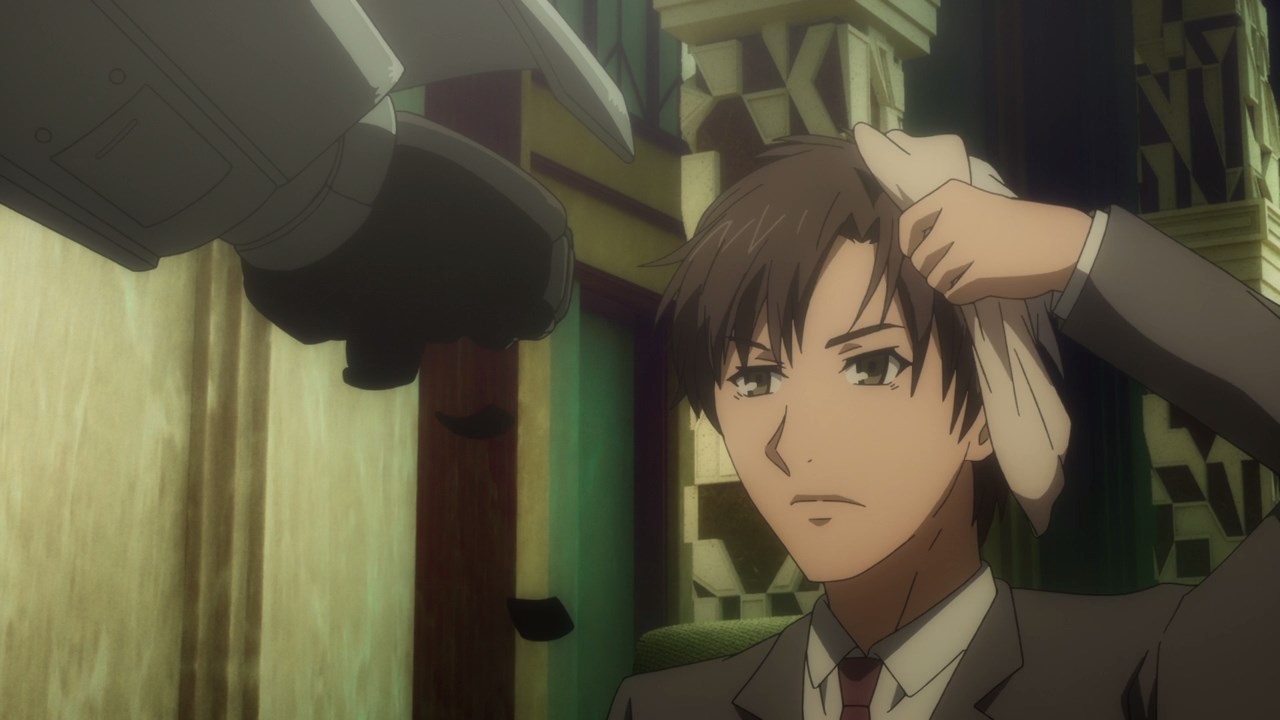 However, Shiokishi’s hopes of killing Oyafune off in order to control Academy City’s governing board were dashed when Monaka Oyafune revealed herself as Mitsuki Unabara.

Well, the truth is that Unabara or Etzali peeled Oyafune’s skin (which is painful by the way) in order to disguise himself as one of the board directors. Oh yeah, Monaka Oyafune is still safe… 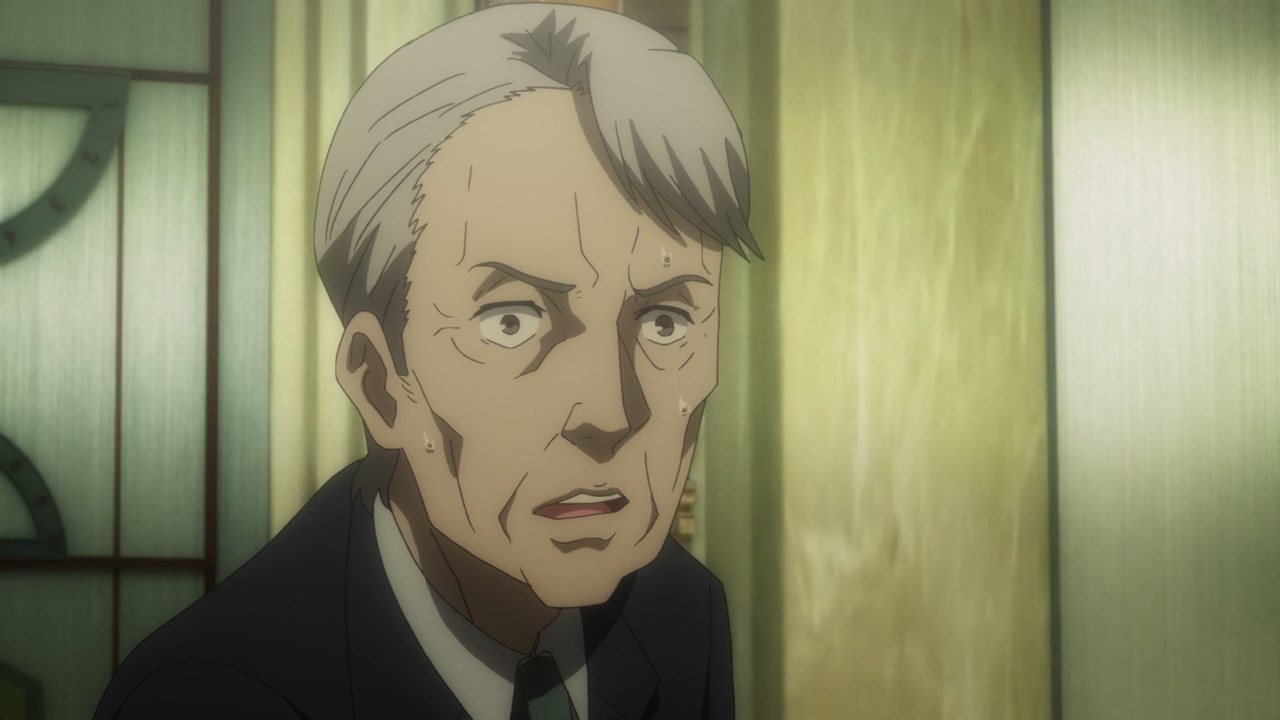 But for Shiokishi, looks like it’s game over for him as his protective suit got destroyed, leaving him at the mercy of Etzali’s wrath. 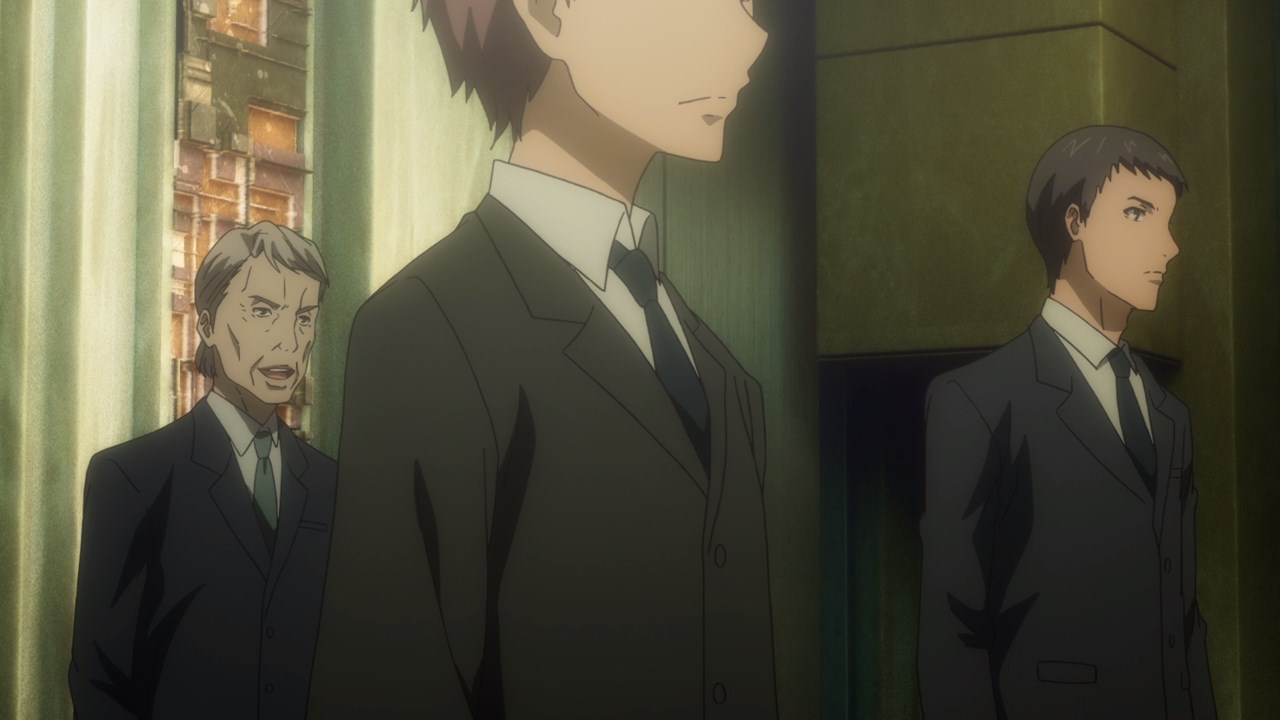 Unfortunately for Etzali, Shiokishi will have to take his leave as he summoned his two bodyguards and escapes towards the back door. 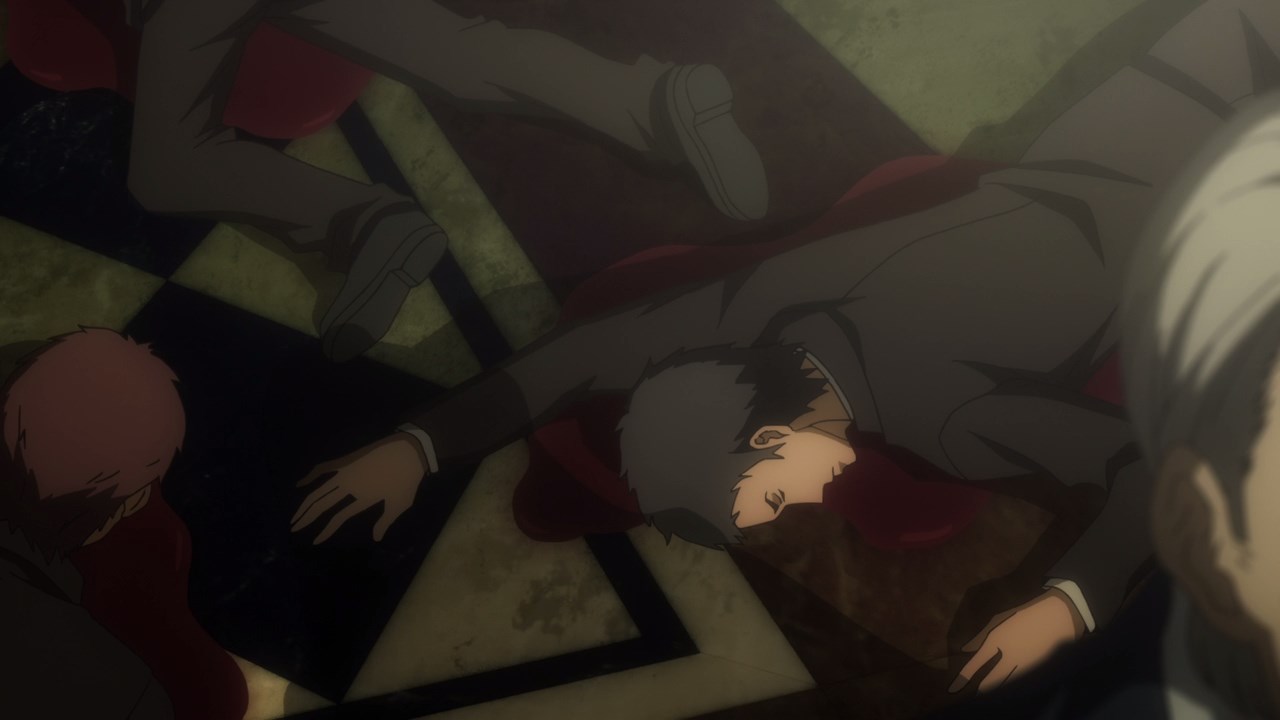 On second though, I’ve changed my mind as the rest of Shiokishi’s bodyguards were killed by someone else. 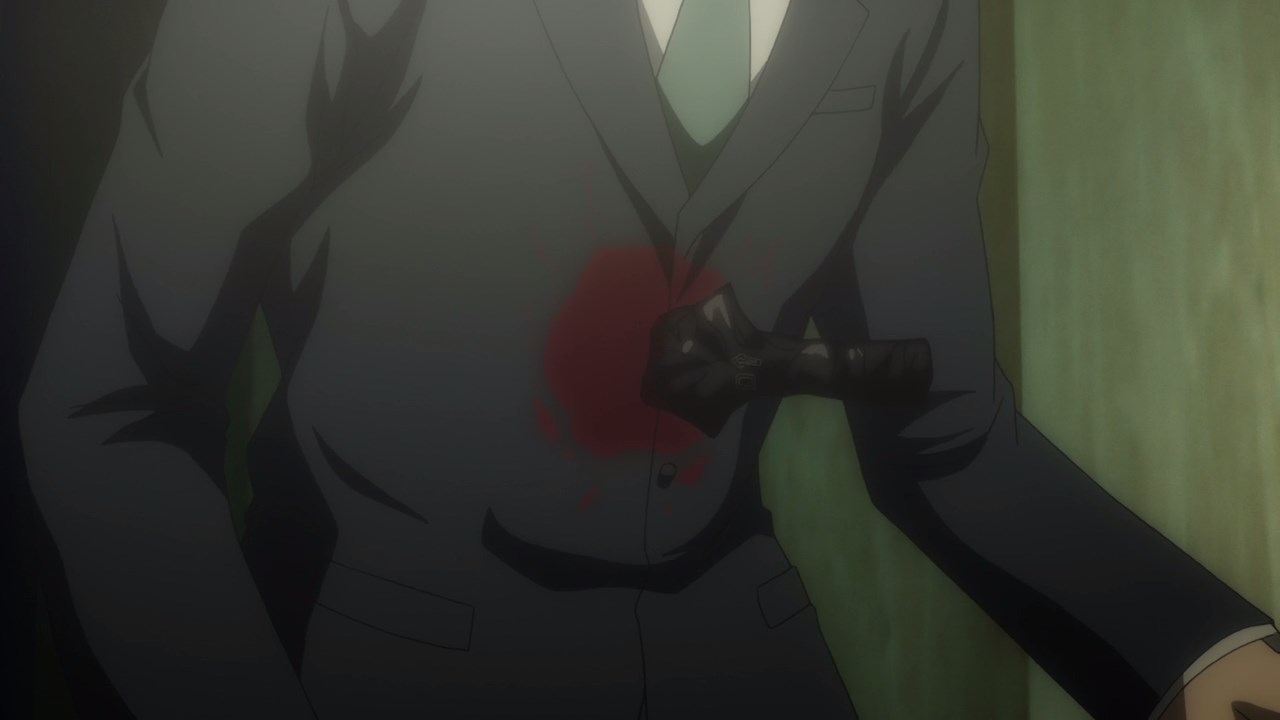 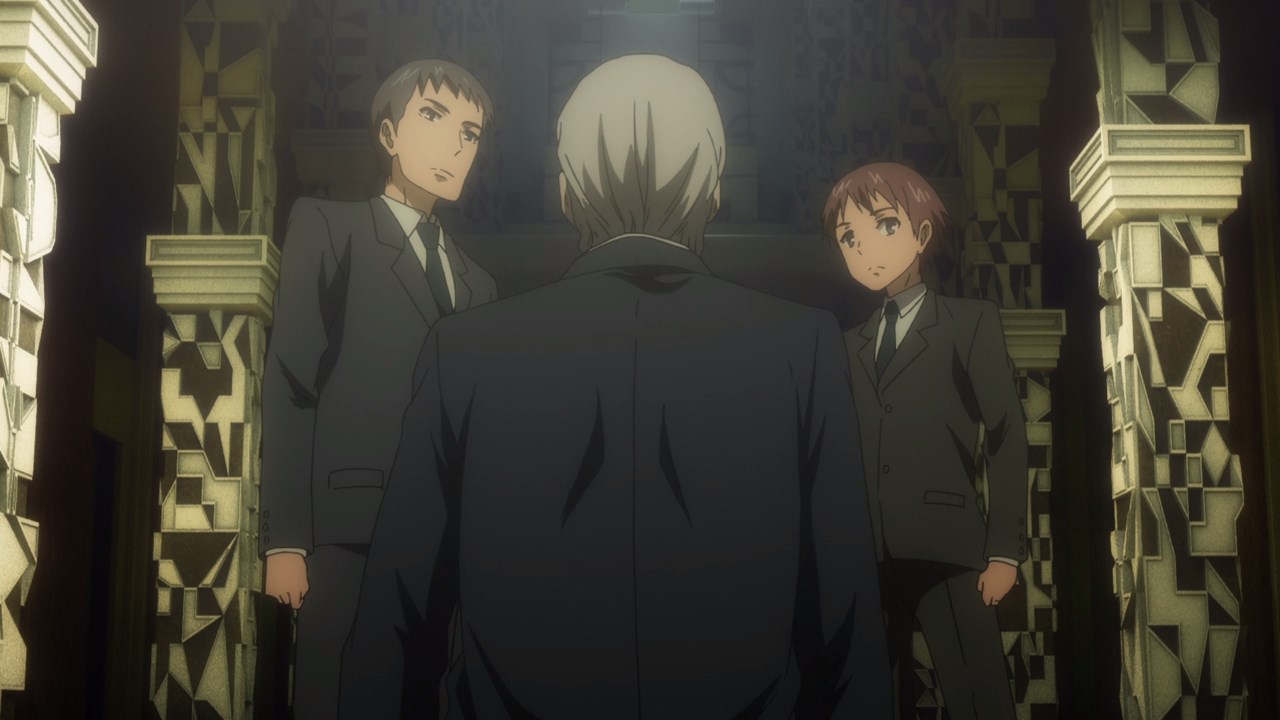 Oh, and Shiokishi got stabbed by one of his bodyguards with a familiar obsidian knife. Hmm, I have a gut feeling that one of the bodyguards is an Aztec warrior in disguise. 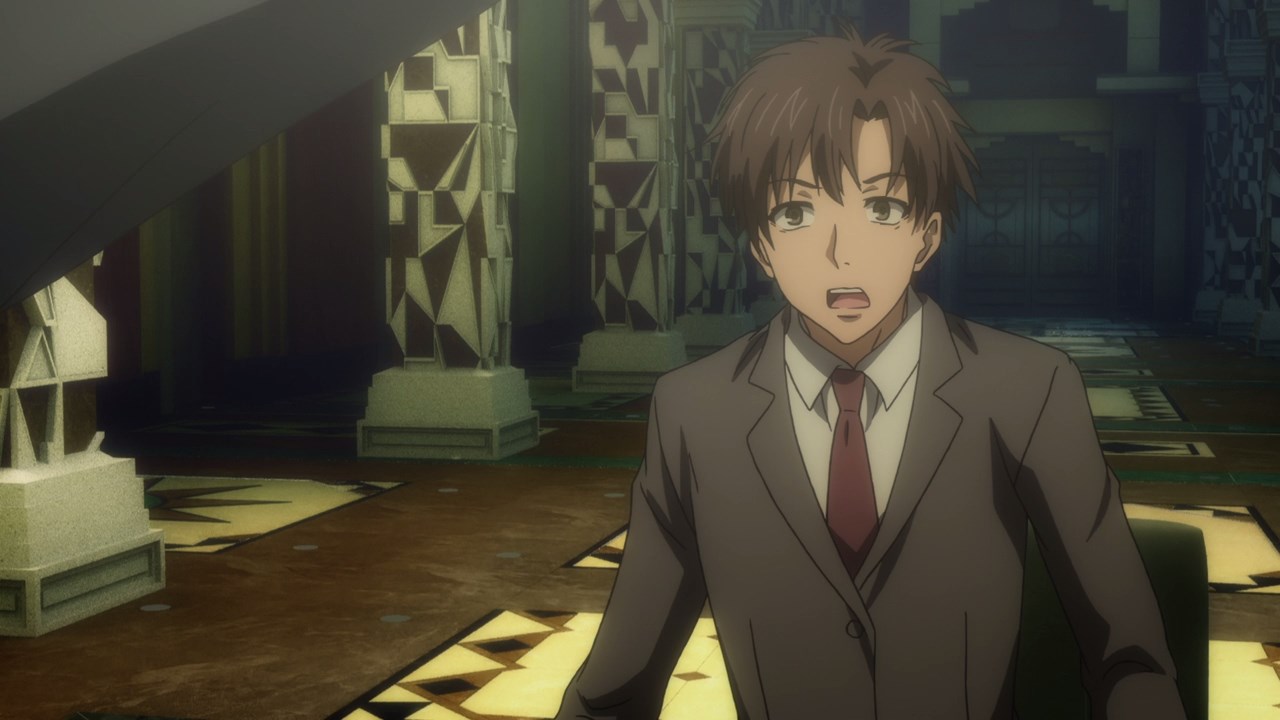 Anyways, seems that Etzali will have a surprised as both bodyguards took off their masks in front of him… 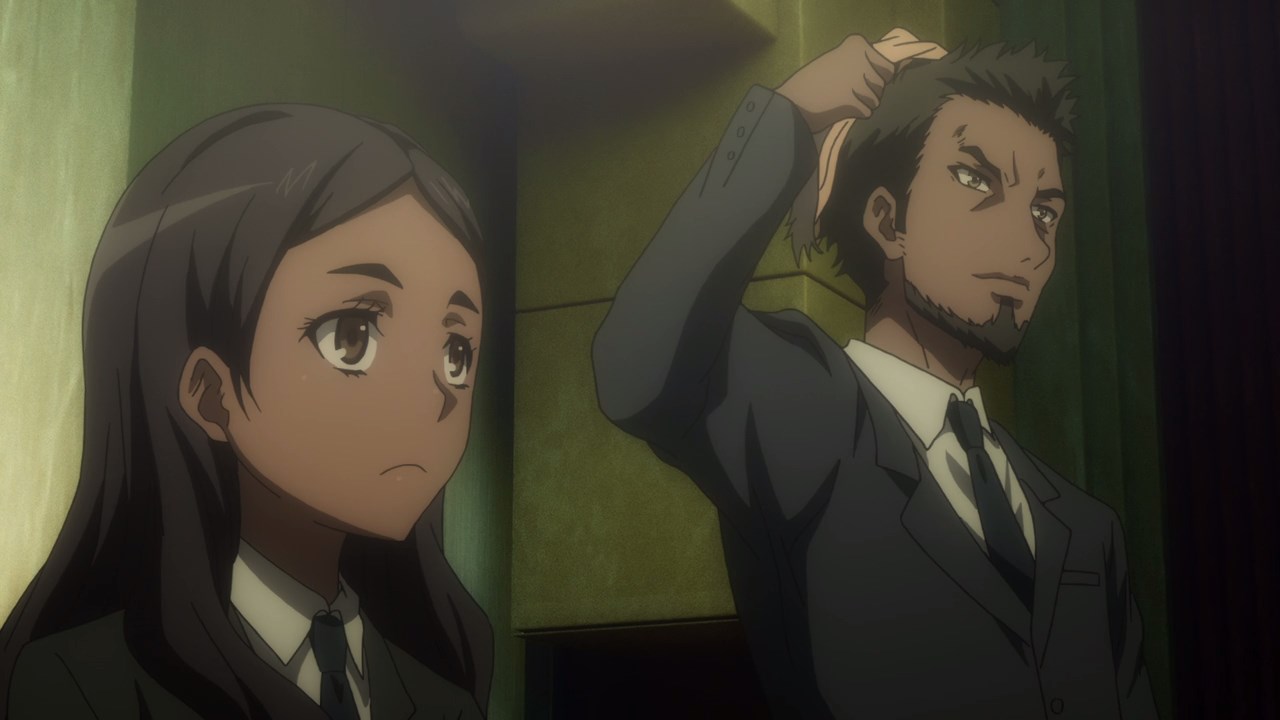 …revealing themselves to be Tecpatl and Tochtli. While they managed to backstab Shiokishi, I have some doubts on whether both warriors are on their side or not. Moreover, they haven’t learned what DRAGON is after the director was killed by both Tecpatl and Tochtli.

In any case, I’ll see you on the next episode as Accelerator and the rest of GROUP will find out the truth behind DRAGON, while Shiage Hamazura and his friends will have to fend off against Stephanie Gorgeouspalace.