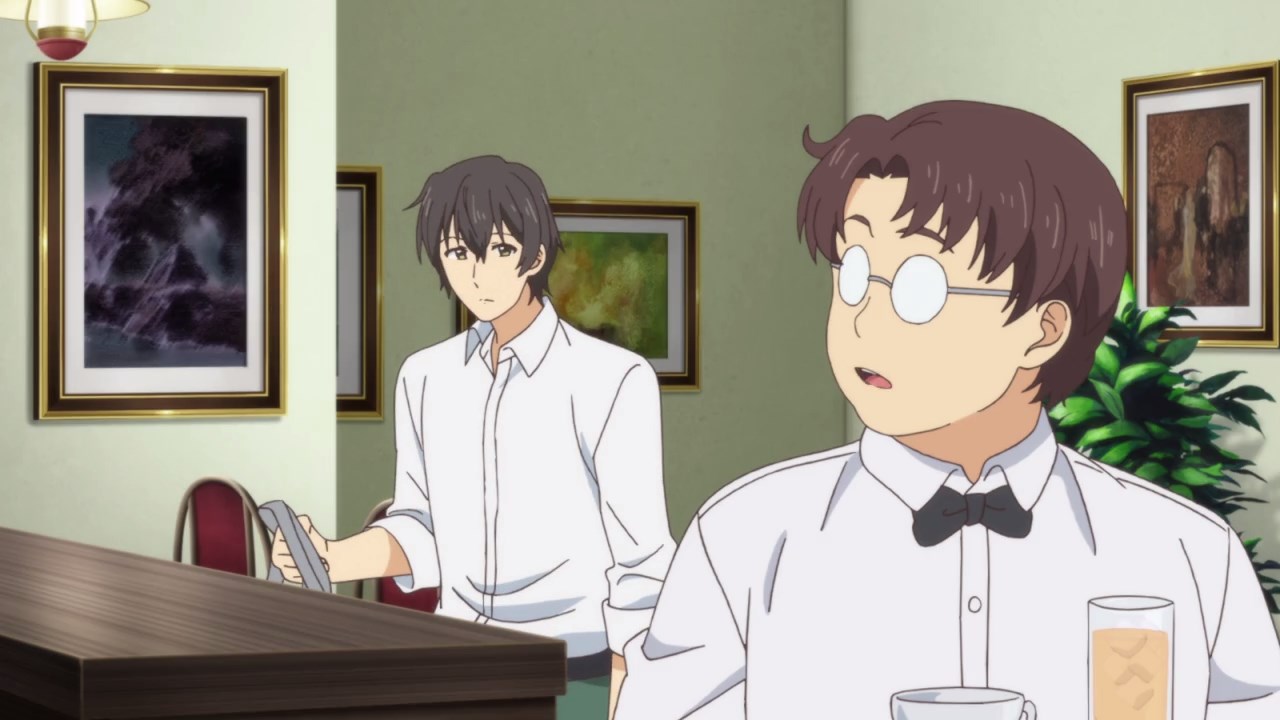 Hello everyone, it’s time for the 3rd episode where Natsuo Fujii is working part-time at a coffee shop together with his best buddy, Fumiya Kurimoto.

By the way, it turns out that Natsuo is an aspiring novelist who writes his esperience, both good and bad. Oh yeah, and Fumiya is the only person who knows Natsuo’s secrets. 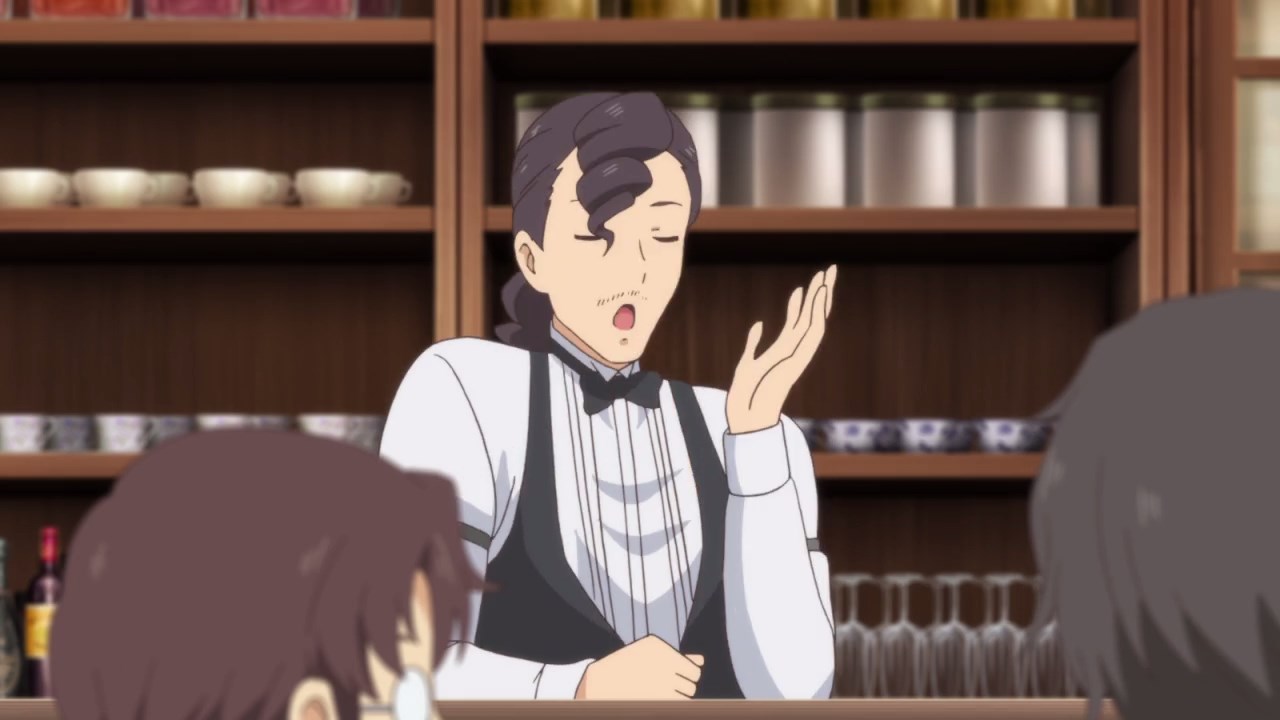 Of course, both boys will have to keep their secret conversation from their master, Masaki Kobayashi (or Mari Komori) who wants to join in. Sorry Master Mari, but Natsuo’s problems are very complicated. 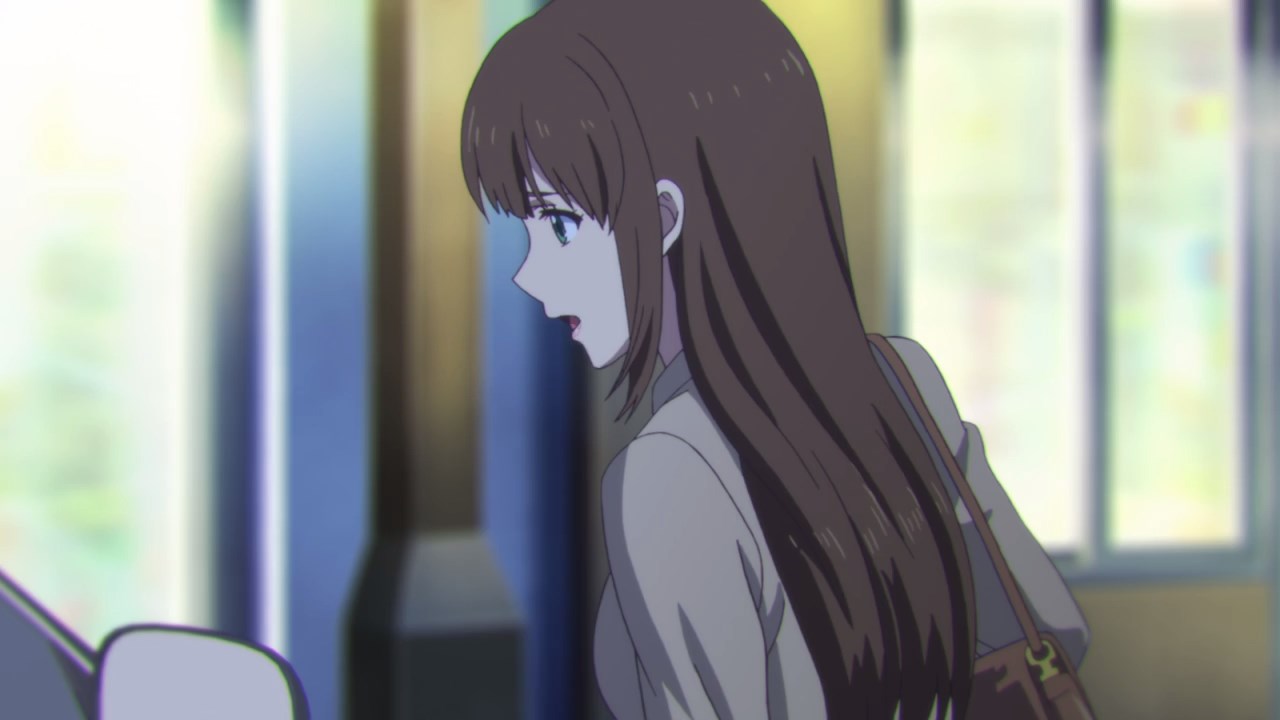 Meanwhile, here’s Hina Tachibana as she’s talking to someone other than her supposedly abusive boyfriend. But here’s the thing though as the man that Hina is talking to is actually married.

Wait a minute, Hina-nee is having an affair with another man! 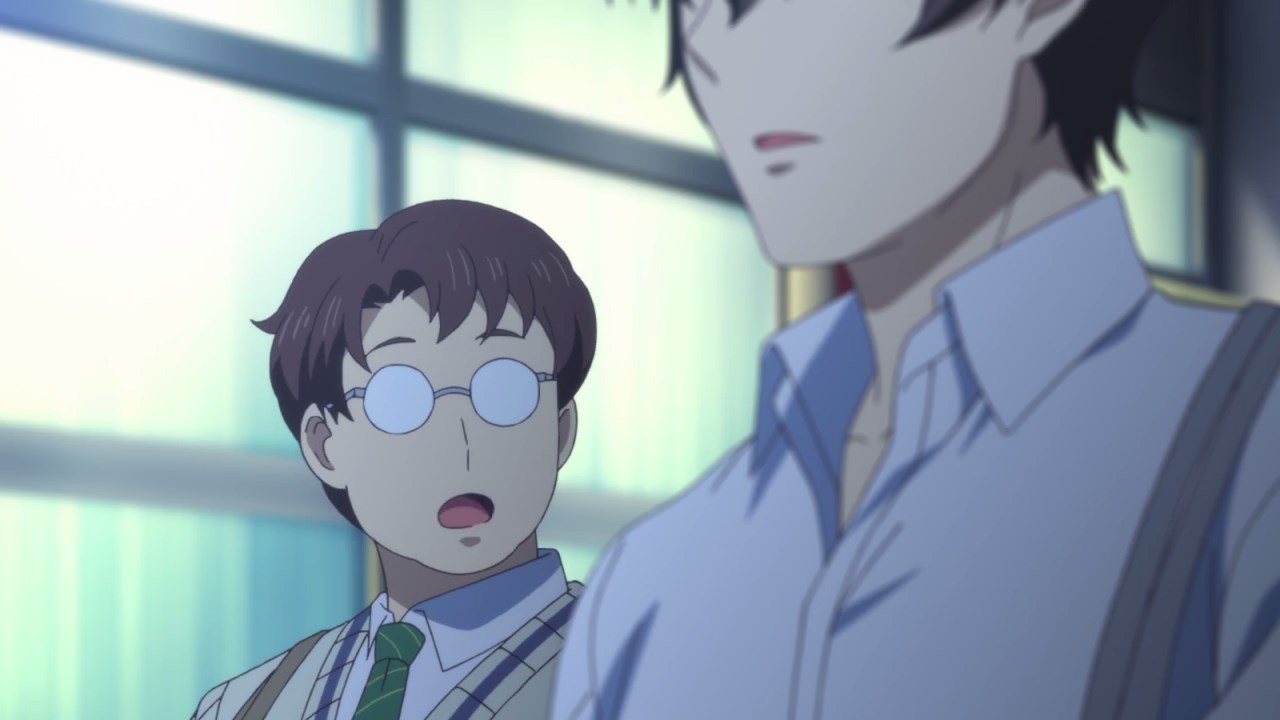 For Natsuo Fujii, I gotta say that it’s getting complicated that reaching Hina’s heart would be very difficult. 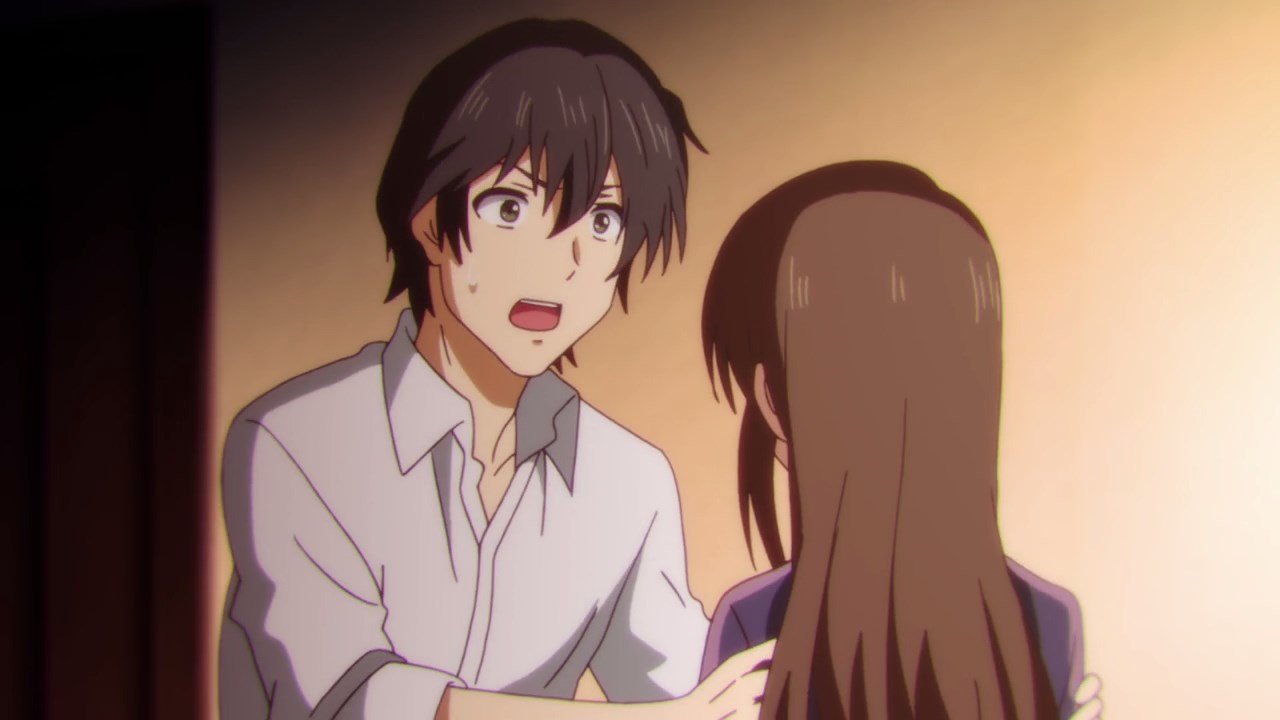 So, Natsuo decides to approach Hina-nee and ask her about the affair with another man. Unfortunately, she can’t answer that because Natsuo is too young to understand her situation. 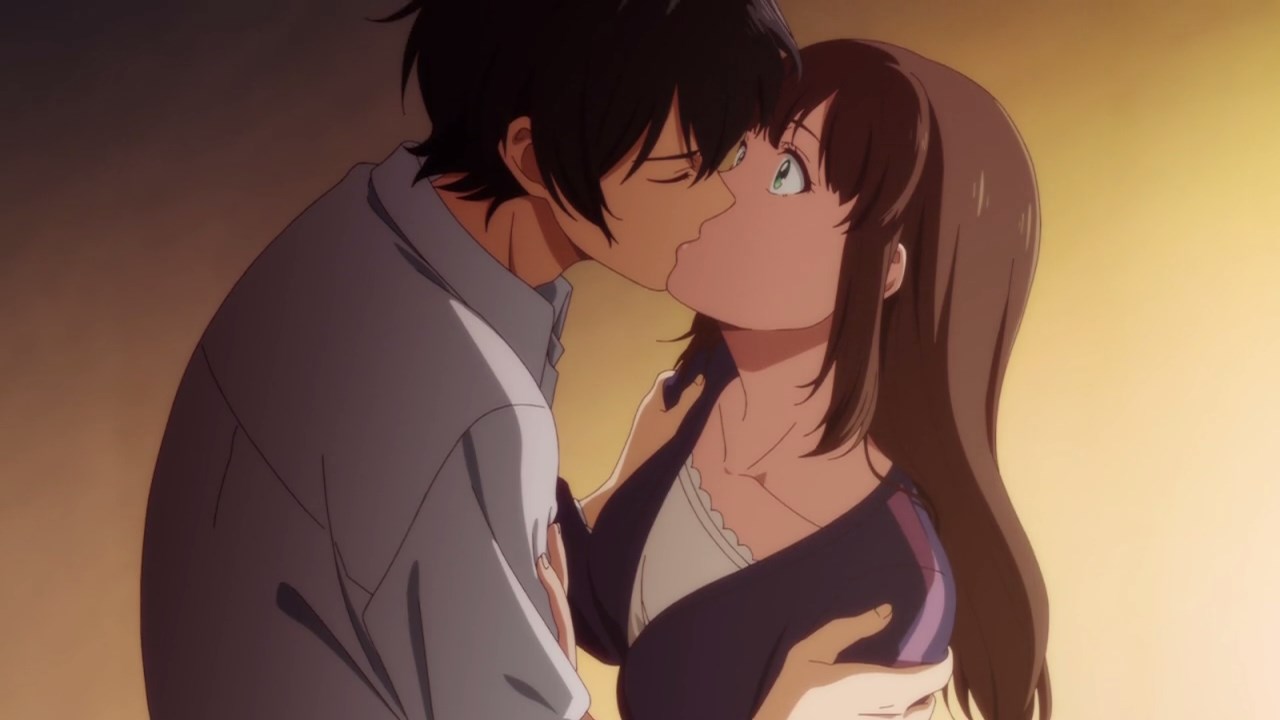 But you know what, if Hina Tachibana can’t tell about her debauchery, the only way for Natsuo Fujii is to kiss her in the lips.

Then again, I have a bad feeling that it gets worse from there… 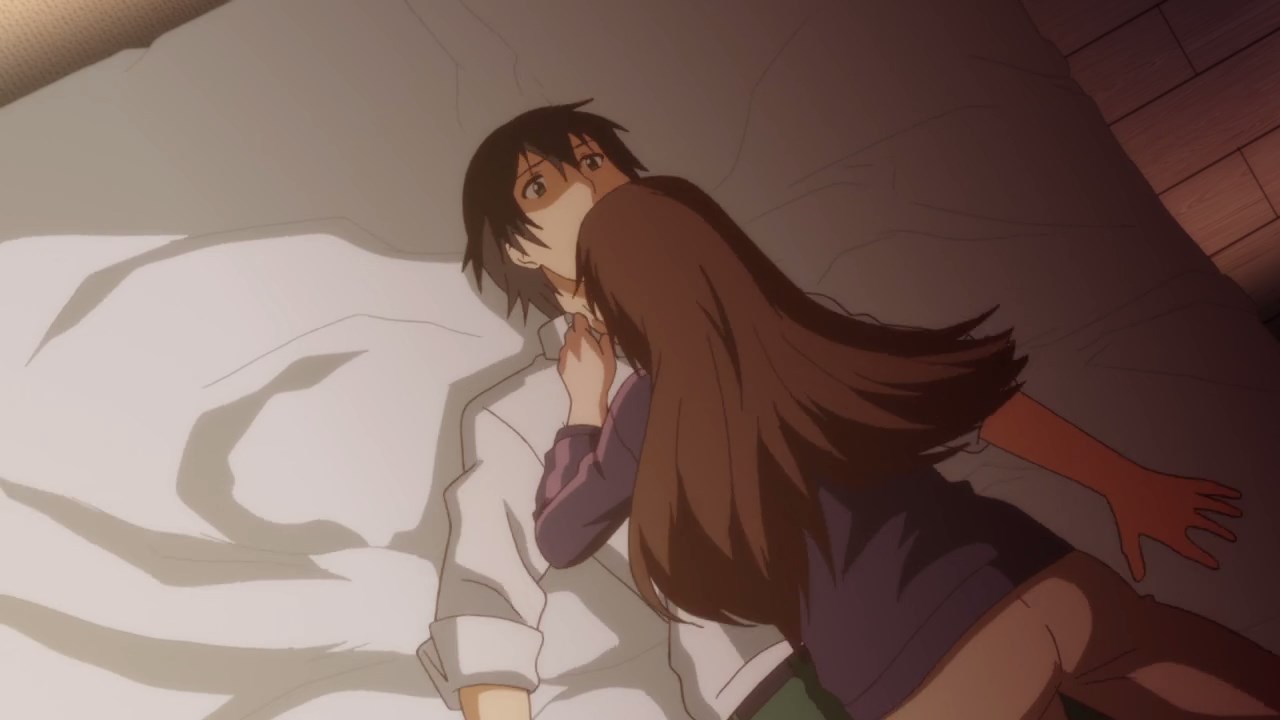 In fact, Hina-nee pushed him to the bed and goes on top of him. Wait Hina-nee, are you gonna do it here with Natsuo, your student? 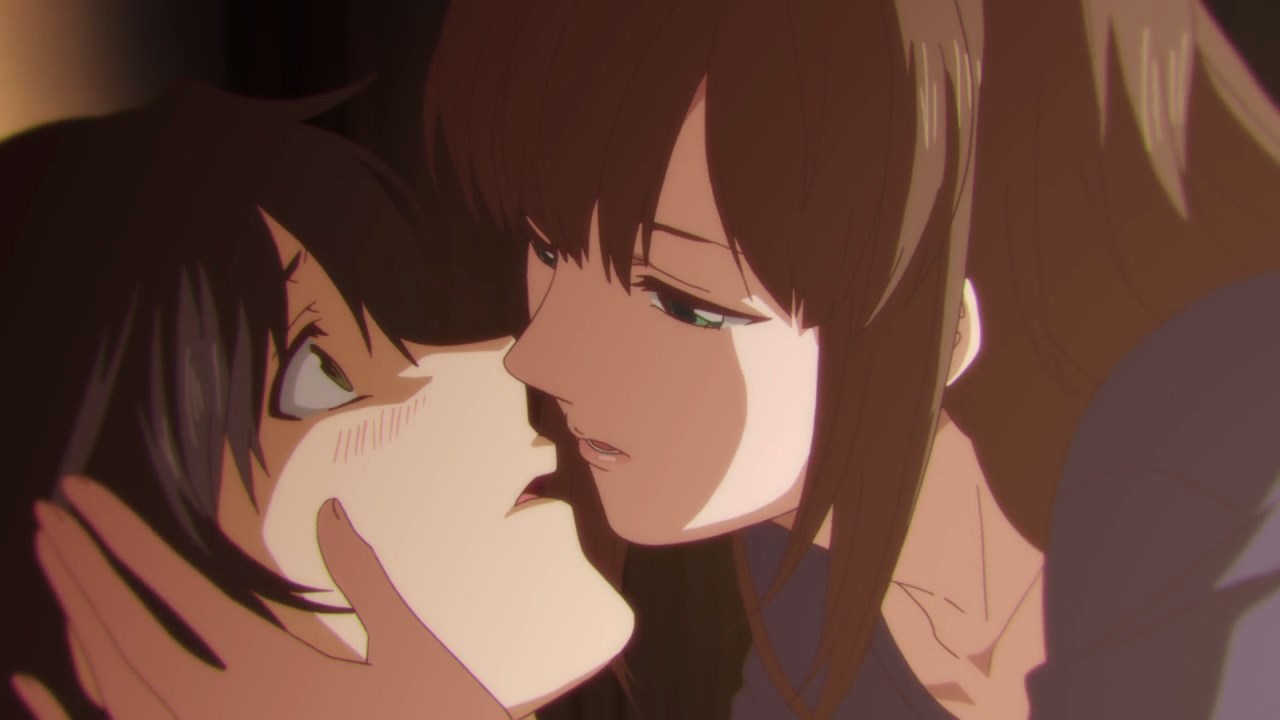 Just kidding, it’s not like Hina Tachibana will like to have sex with Natsuo as she told him that he’s too naive to understand her. Sorry Natsuo, but you just got cockblocked! 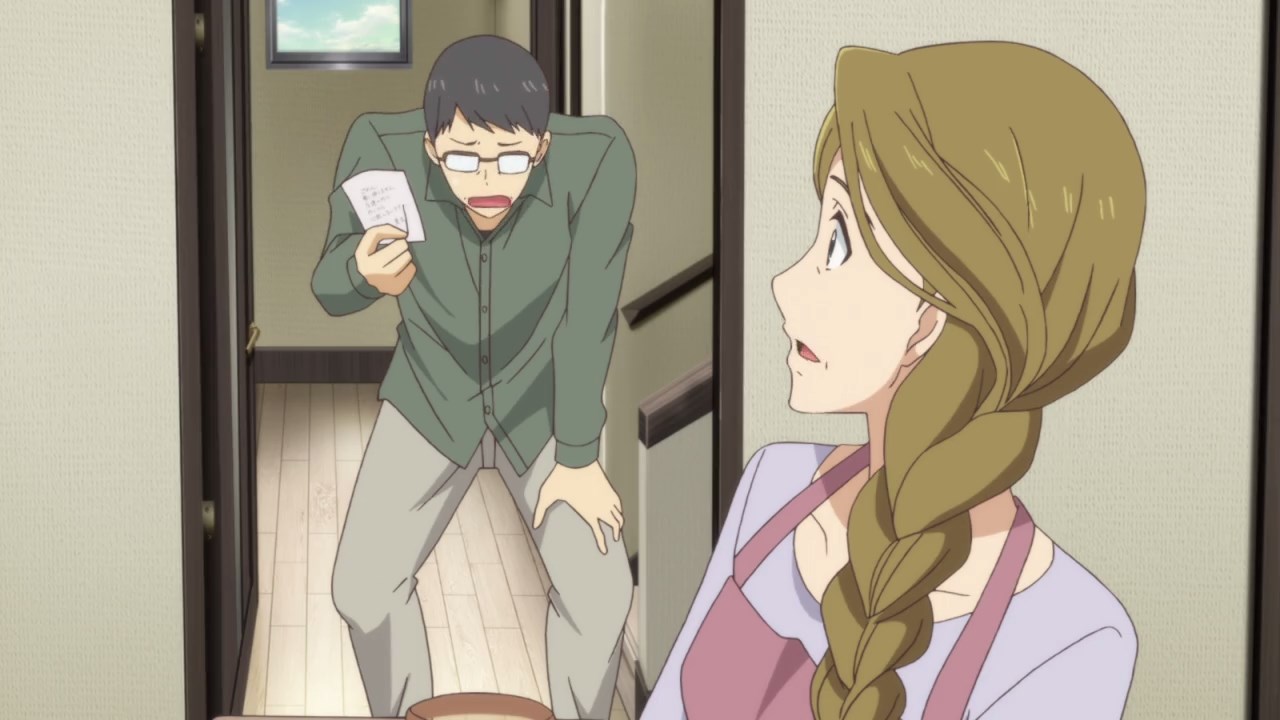 And because of that, Natsuo ran away from home in which his father is in distraught upon learning his son’s disappearance. I wonder where Natsuo went? 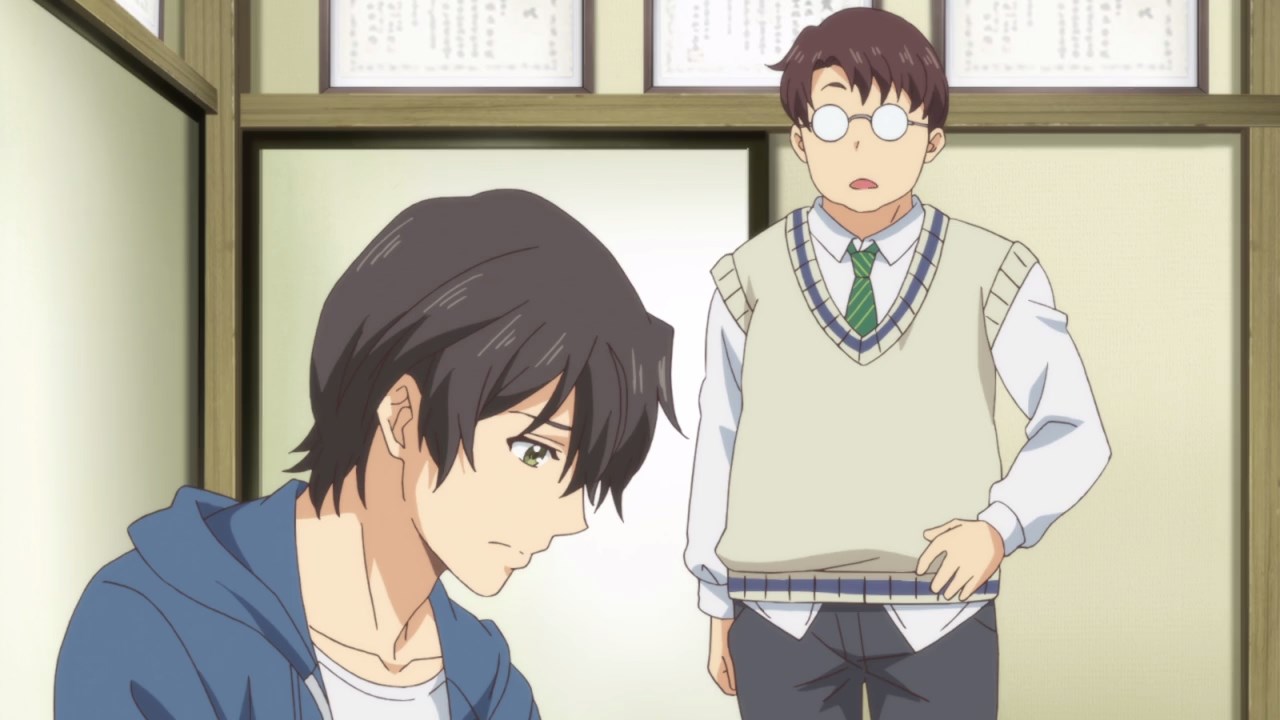 Oh, turns out that he stayed at Fumiya’s place as Natsuo wants to calm down and get all of his worries off from his chest.

But you know what, I think it’s time for him to write his novels just to occupy time instead of sleeping all day. He doesn’t want to be a bother to Fumiya Kurimoto. 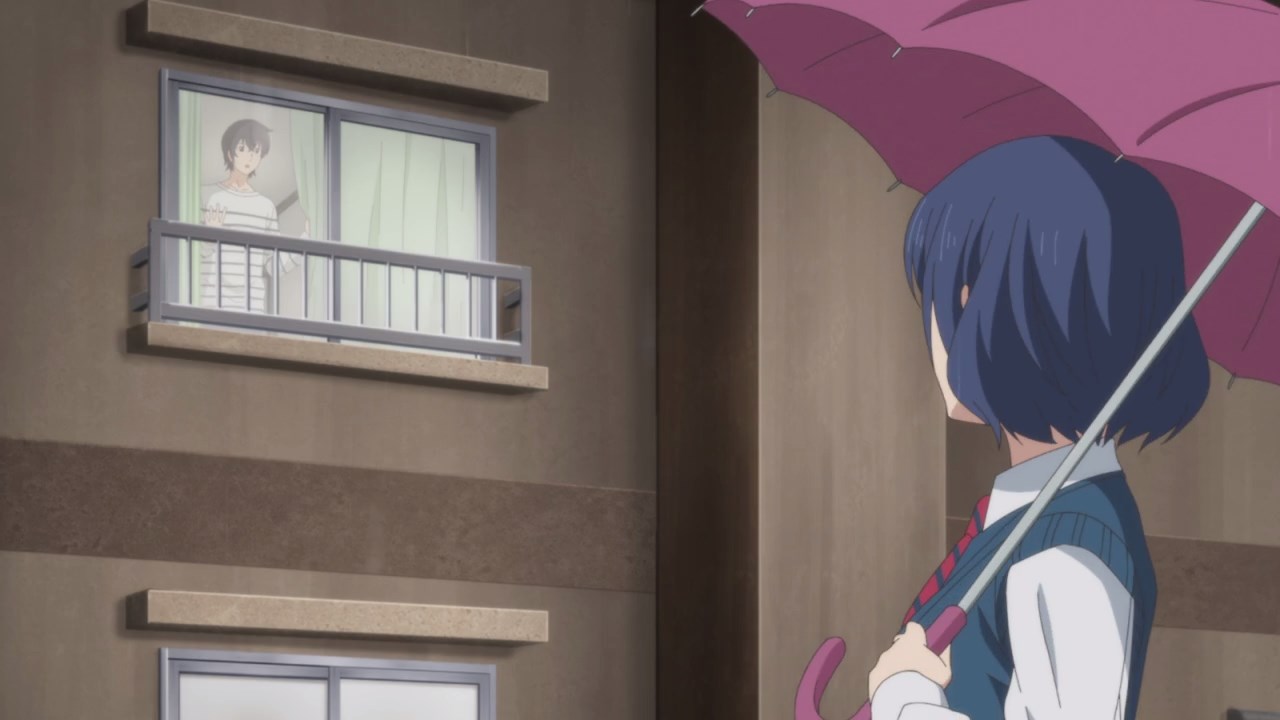 Meanwhile, it seems that Rui Tachibana went outside to find Natsuo Fujii. Then again, she doesn’t need to because Rui managed to find Natsuo… which he invited his half-sister to his friend’s house. Really Natsuo! 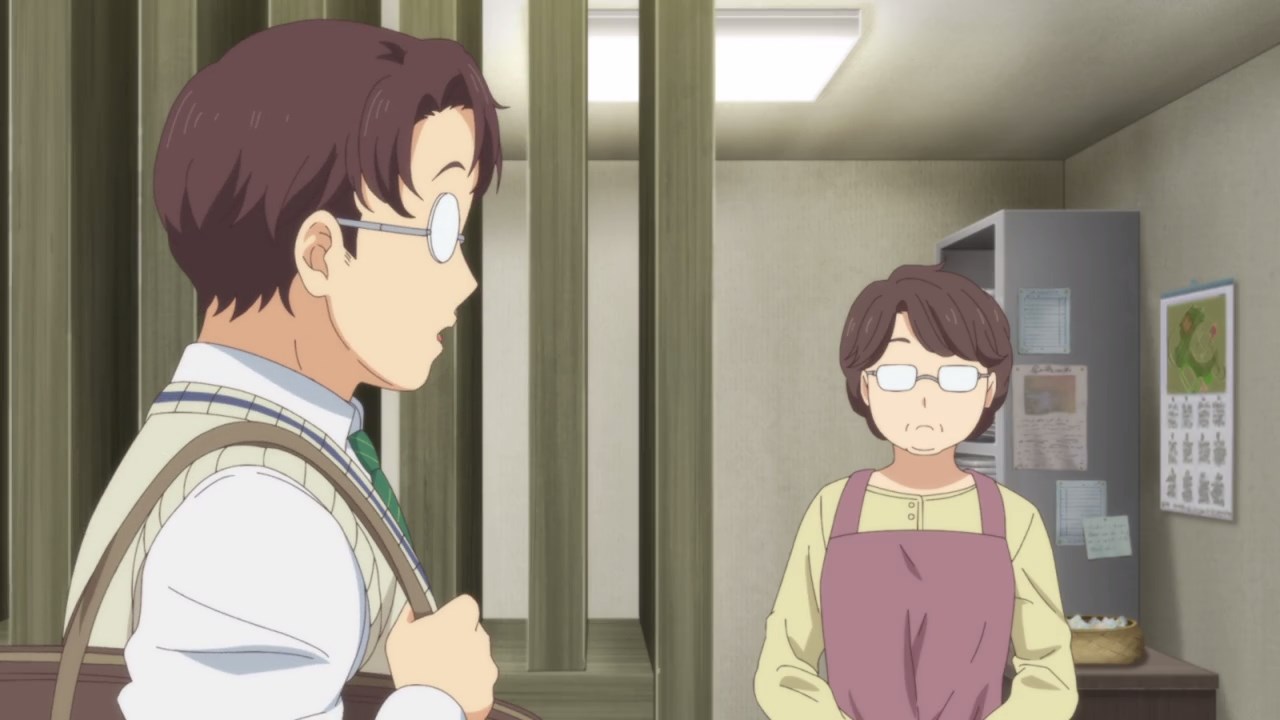 Anyways, here’s Fumiya Kurimoto as he returned to school when his mother told Fumiya that there’s another guest invited at their home. Who could that be? 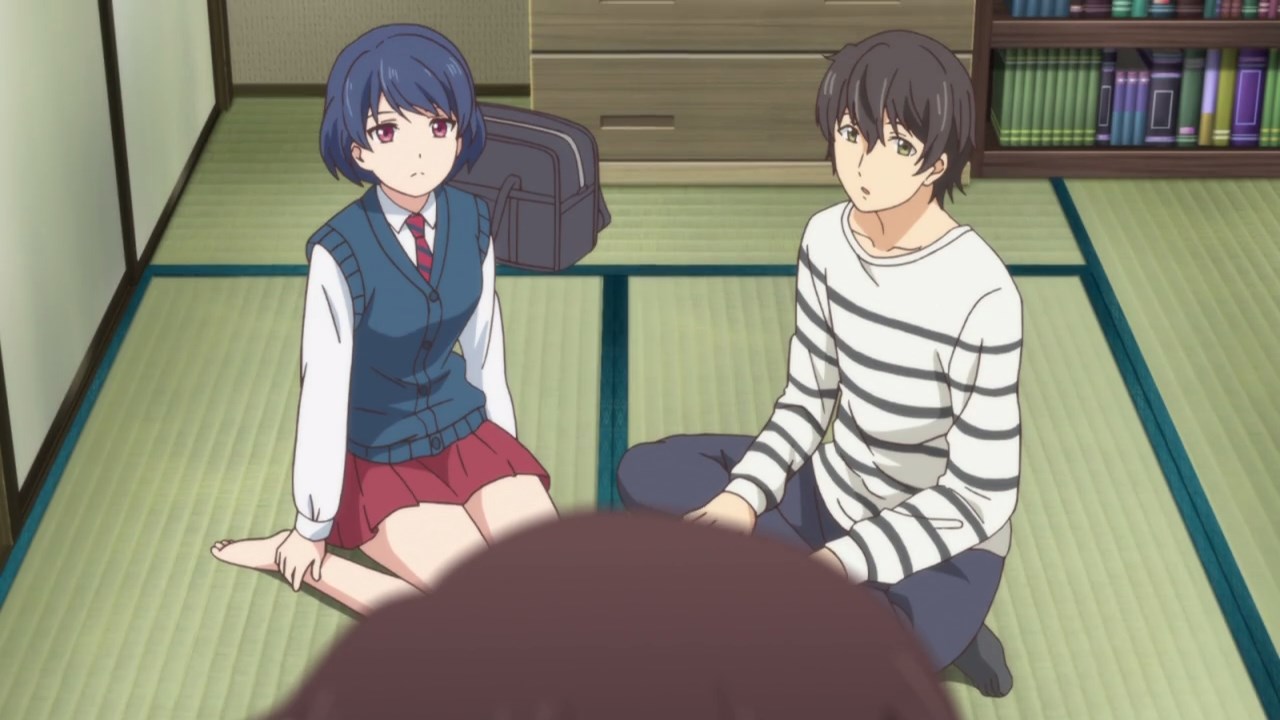 Oh right, it’s Rui Tachibana because would it be nice if there are two freeloaders inside Fumiya’s house.

Normally, Fumiya will be fuming mad at Natsuo for inviting a girl to his home, but he decides to let Rui stay because she wants to share her problems. 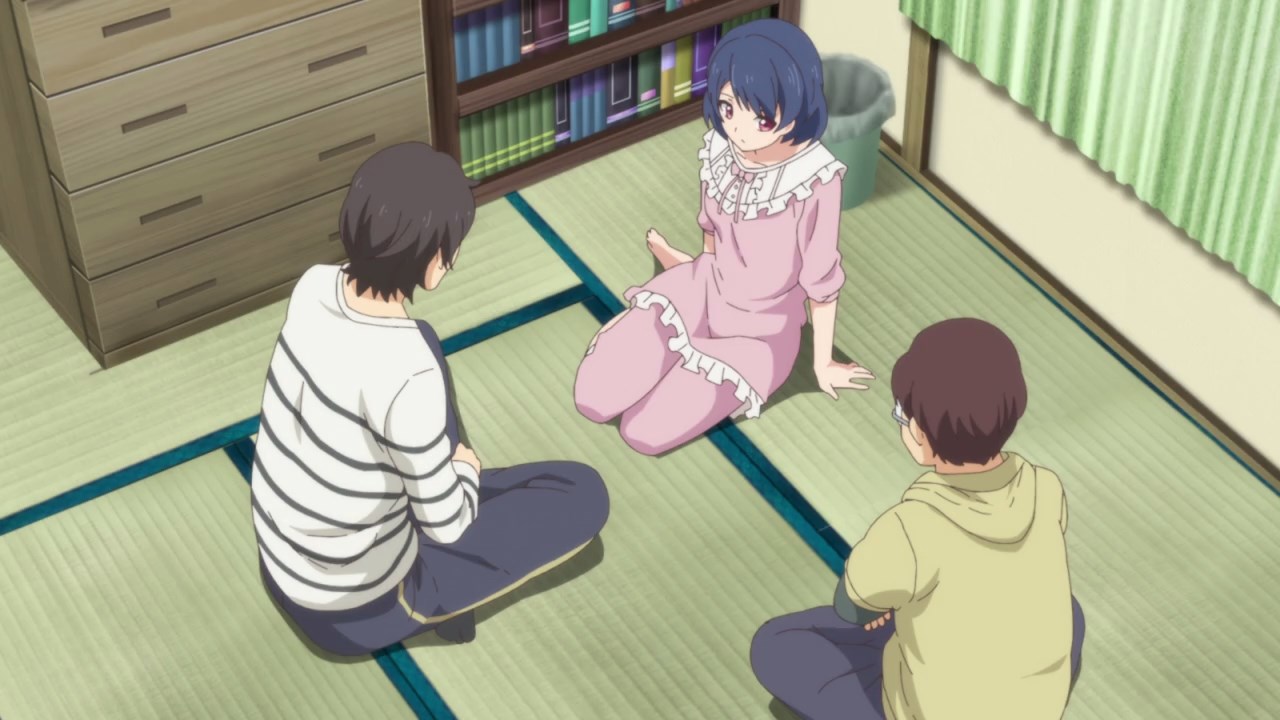 In any case, turns out that Rui ran away from home because of her sister’s debauchery with a married man, which Rui wants Hina-nee to break up with that person. Of course, it would be nice if she can also break up with her persistent boyfriend so that Natsuo can have her.

Also, Fumiya told Rui about the time Natsuo had sex with her, which made Rui furious. But since Kurimoto is studying at a different high school, she’s okay with it. But anyways, both Natsuo Fujii and Rui Tachibana wants Hina to dump her love interests in order to make her smile again. Oh, and Fumiya will help them on their plans. 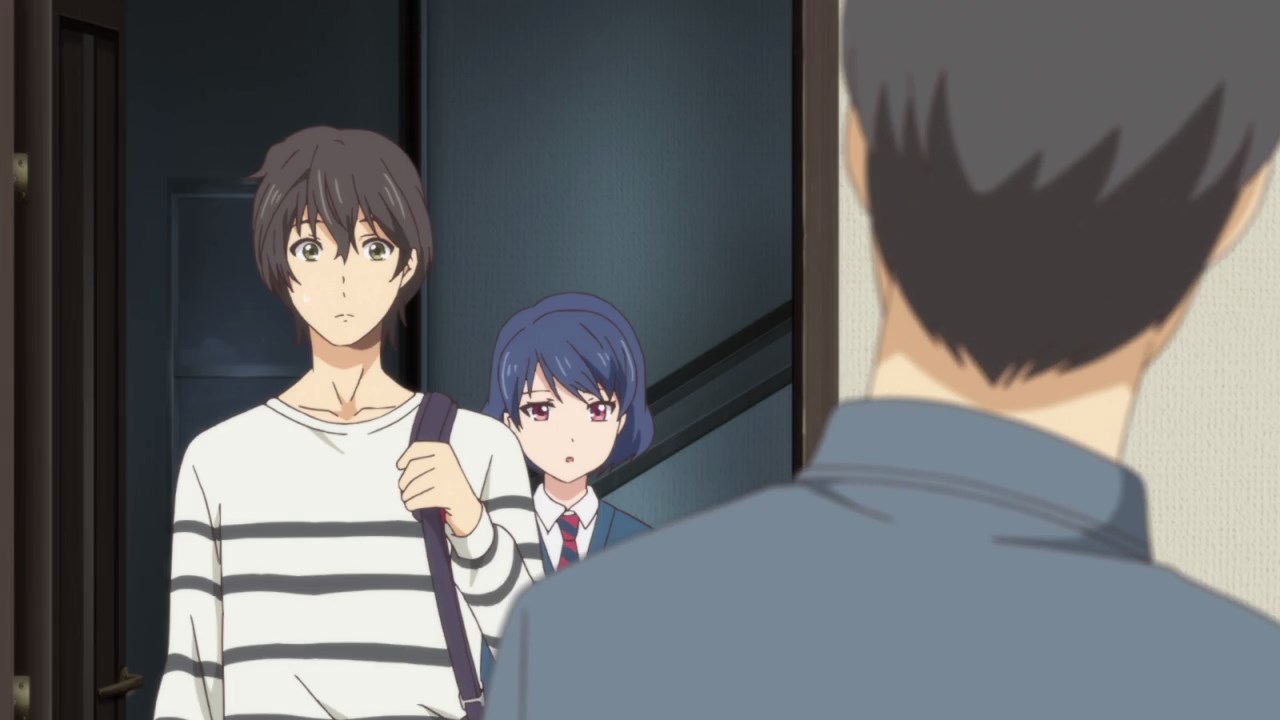 For now, they need to get back at their home because their parents are worried towards them after being away for 2 days. 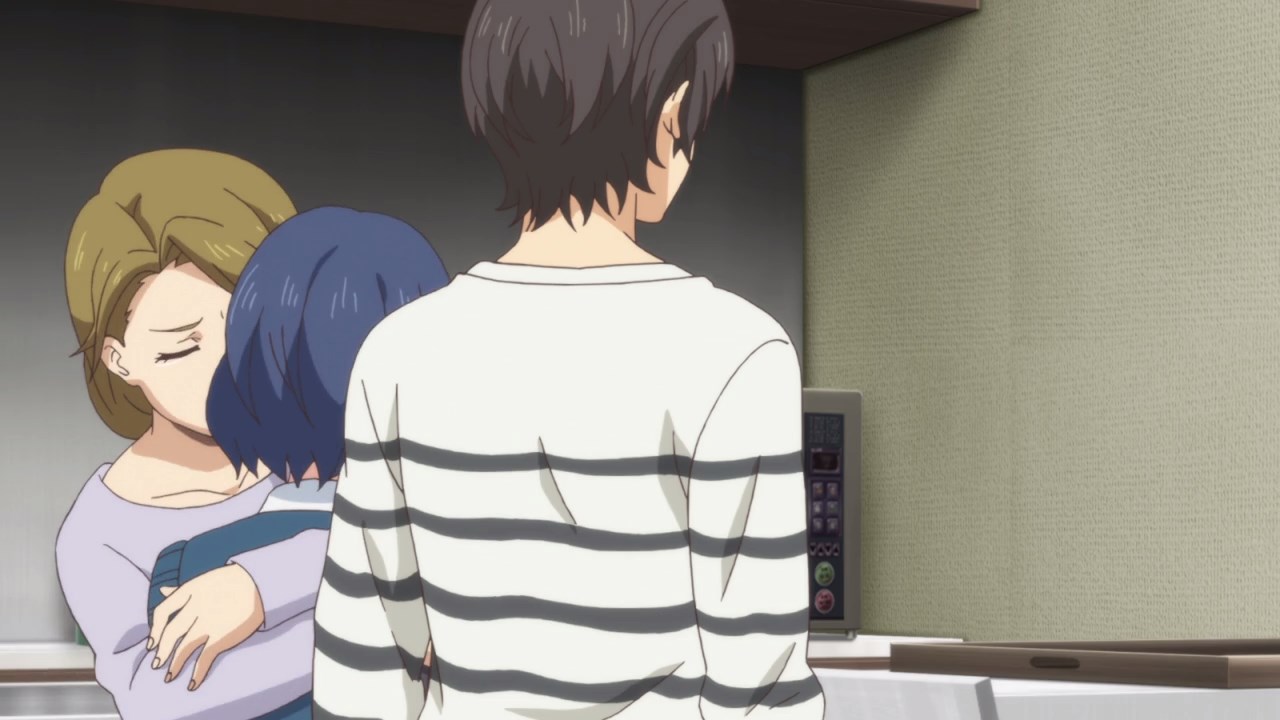 See, even Rui’s mother Tokiko is anxious that Rui might be gone forever as she hugs her daughter tightly once Rui returns. But what about Natsuo’s father, Akihito? 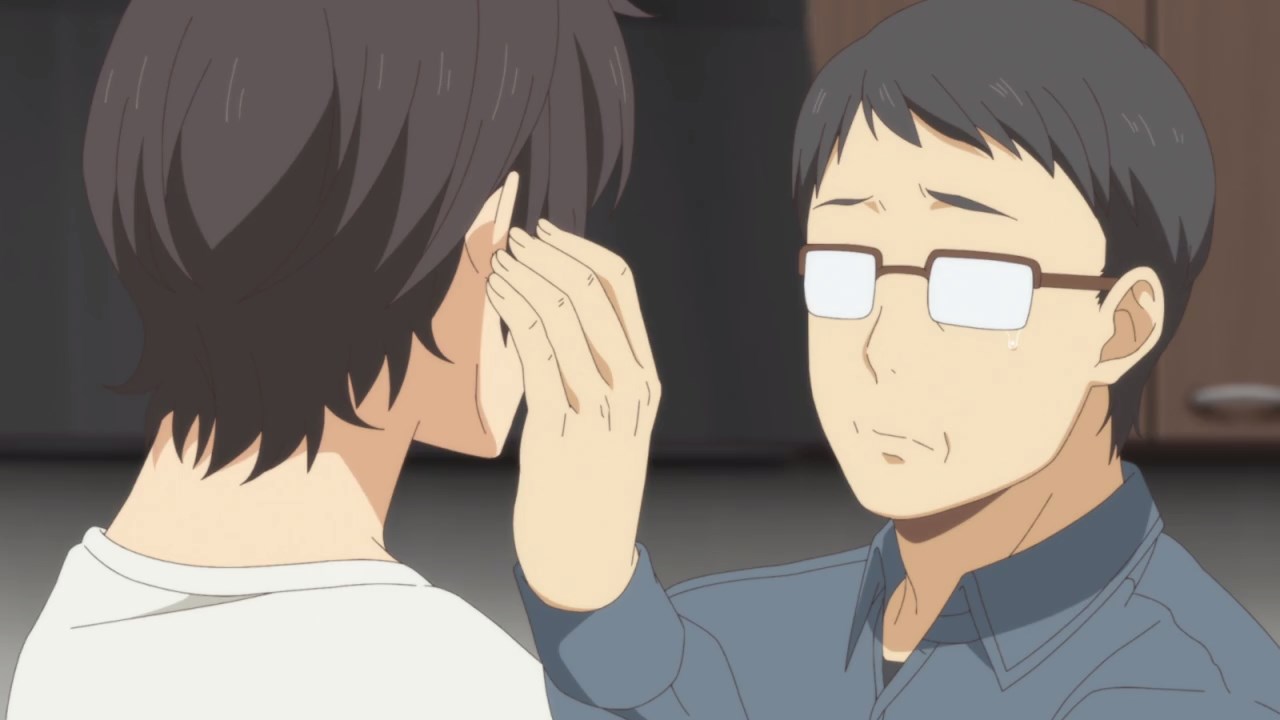 Well, he didn’t get mad towards his son as Akihito-san told Natsuo that if he has problems, he can talk to him. Then again, Natsuo can’t tell his father about his problems that are very complicated.

But that’s about it for this episode of Domestic Girlfriend. Let’s hope that both Natsuo and Rui will succeed on their plans to make Hina-nee as a single woman. However, I feel that they might do worse.