The Rising of the Shield Hero Episode #04 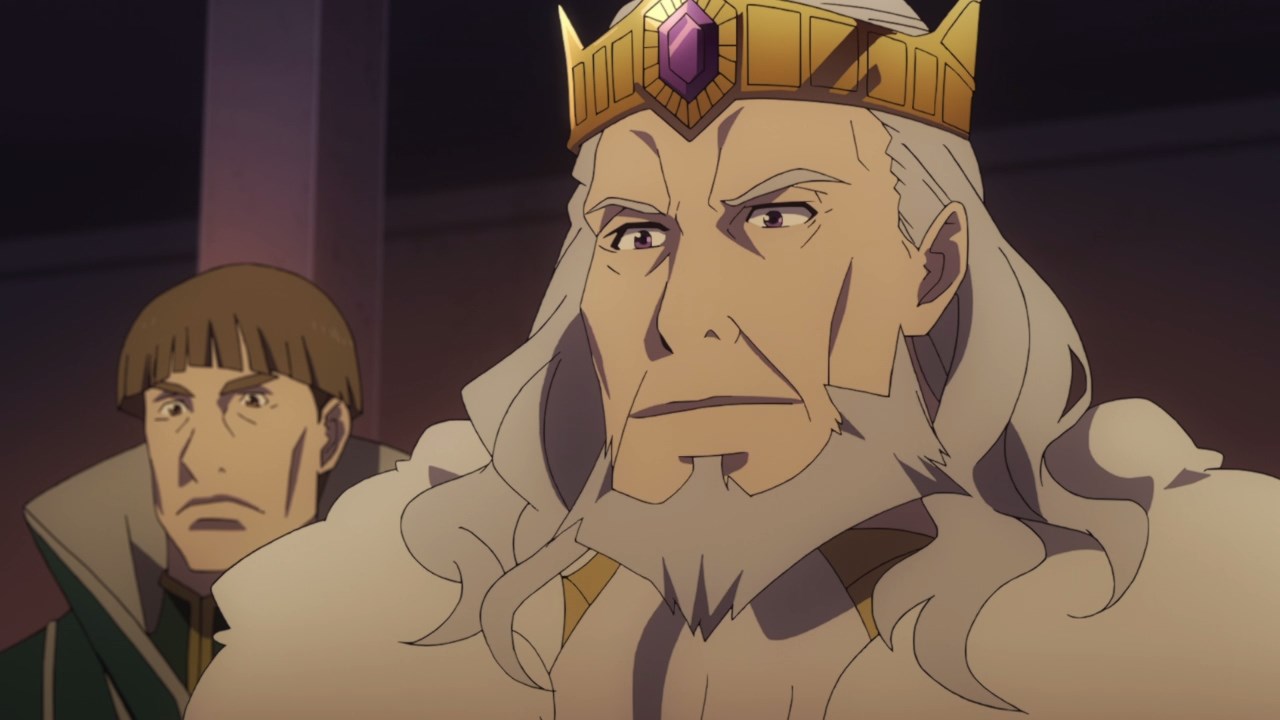 Here is the King of Melromarc as he throws a banquet in celebration of the 3 heroes and their accomplishments on thwarting another Wave of Catastrophe.

Oh, and Naofumi Iwatani is not invited because the king calls him a loser! 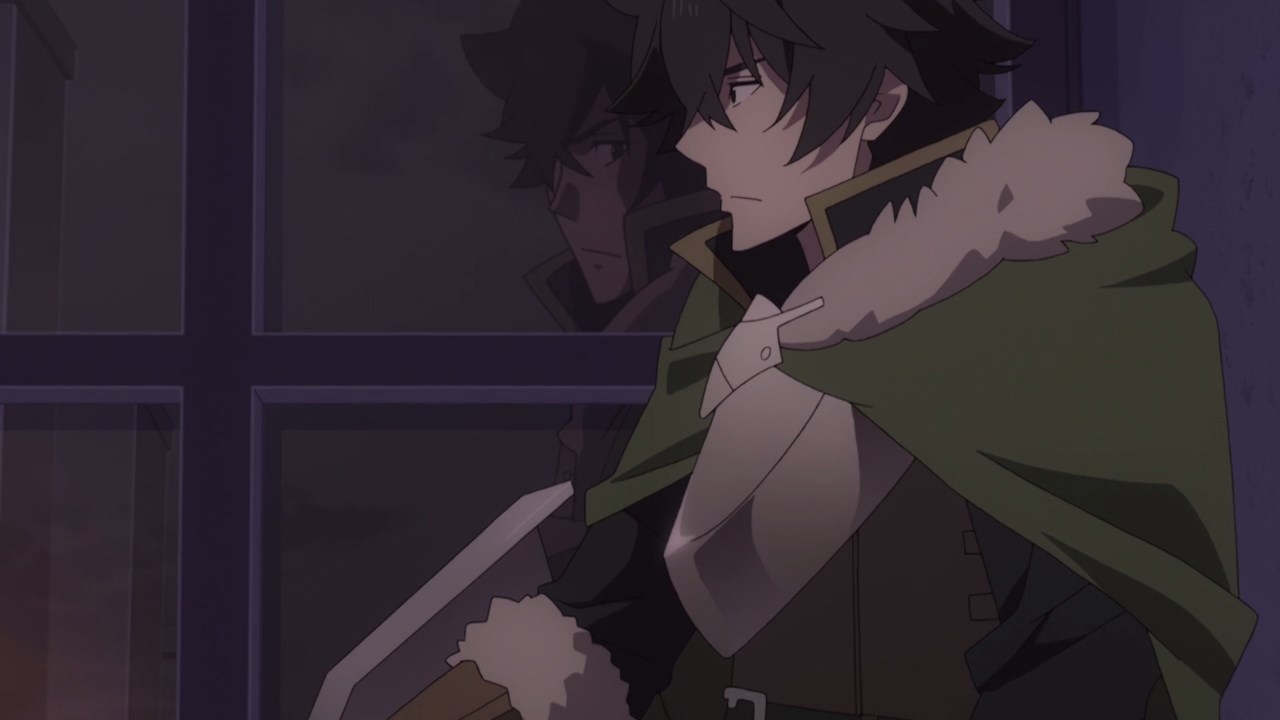 Well actually, Naofumi still got invited but seriously though, everyone thinks that the Shield Hero shows up like a freaking sore thumb. What assholes they are! 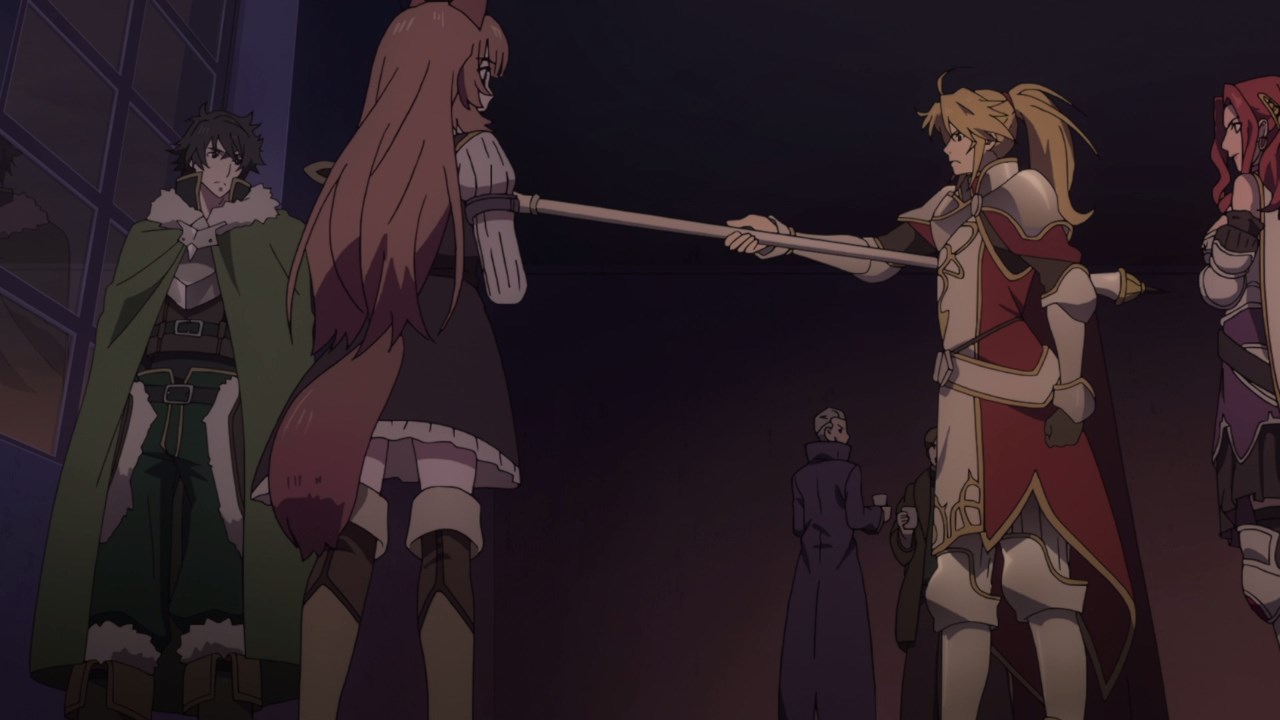 Until Motoyasu Kitamura challenge Naofumi Iwatani to a duel where the winner will claim the right to own Raphtalia.

While Motoyasu believes that Naofumi enslaving Raphtalia is barbaric, but he can do it too… only worse becaues Raphtalia is a demi-human and the Spear Hero will make her into his own sex slave. You may thank Princess Myne for that! 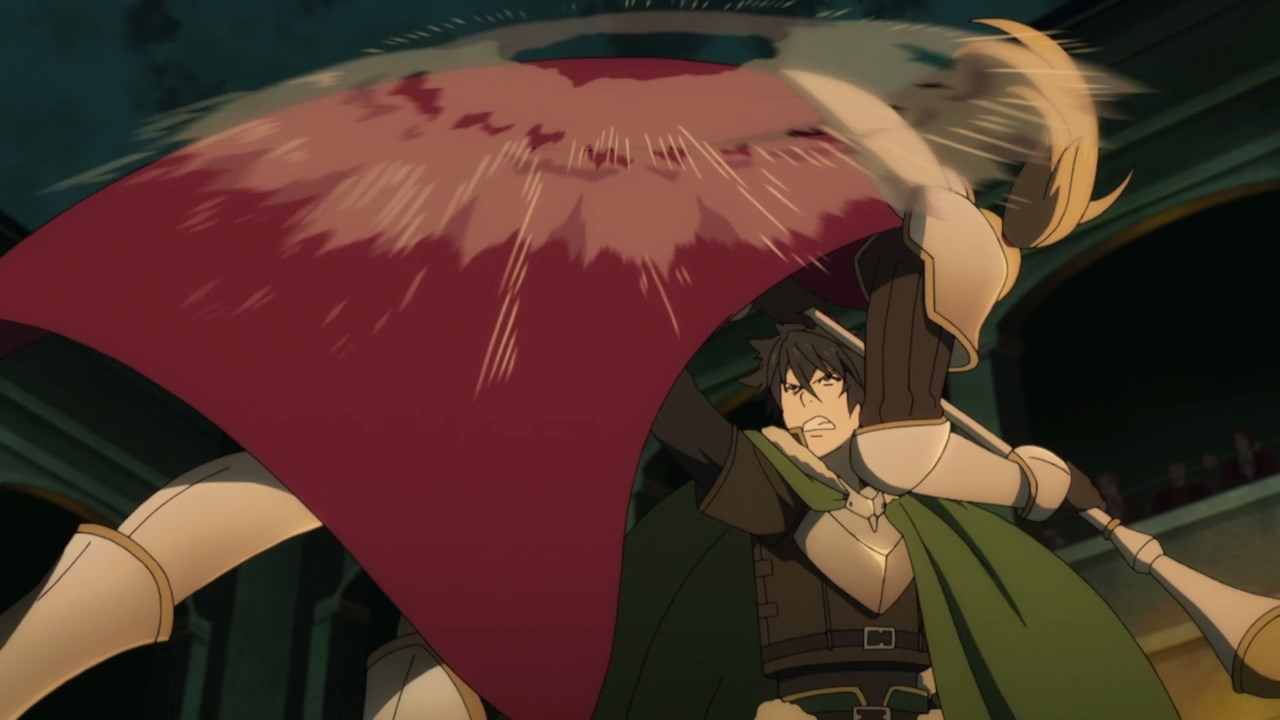 But anyways, the Shield Hero is forced to participate in an unwinnable fight against the Spear Hero because c’mon, the King and everyone else wanted Naofumi to lose in a humiliating way.

While Naofumi can use cheap tactics like sending monsters to Motoyasu due to not having offensive capabilities, what could possibly get worse towards him? 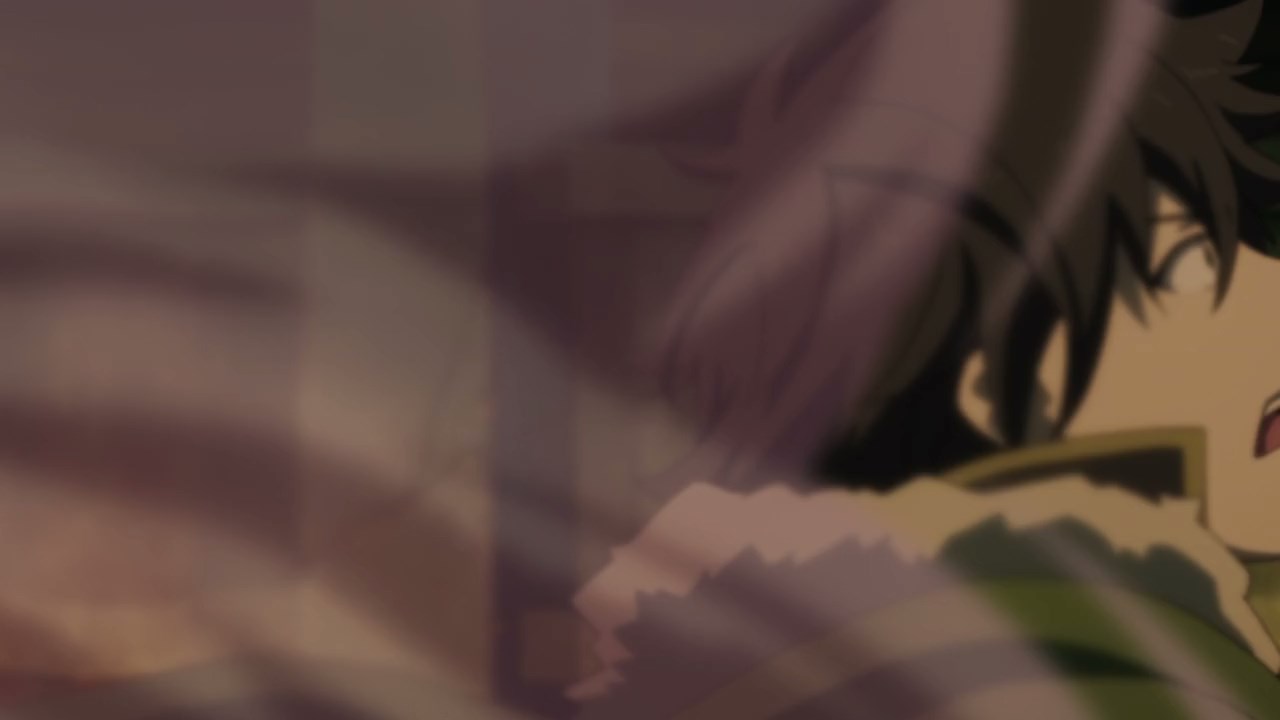 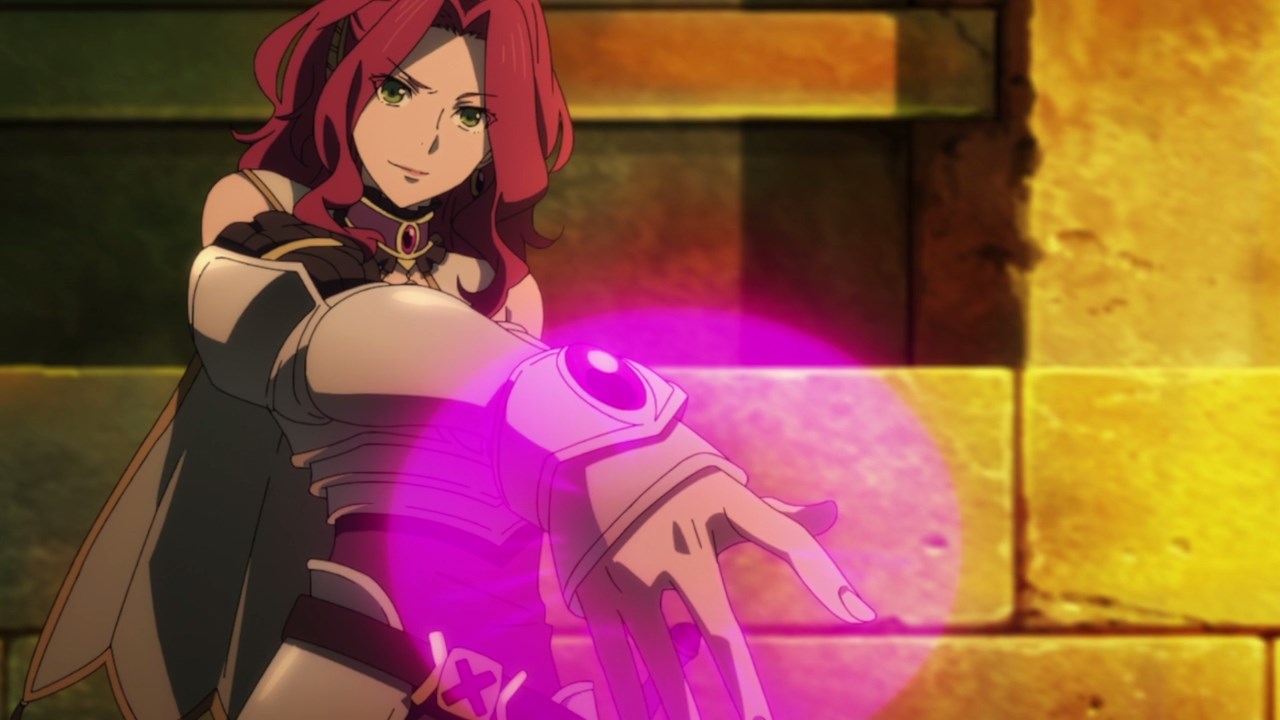 Or should I say Princess Malty as she wants to lie, cheat, and steal like a freaking heel! That bitch princess, Malty sure wants to make Naofumi’s life miserable! 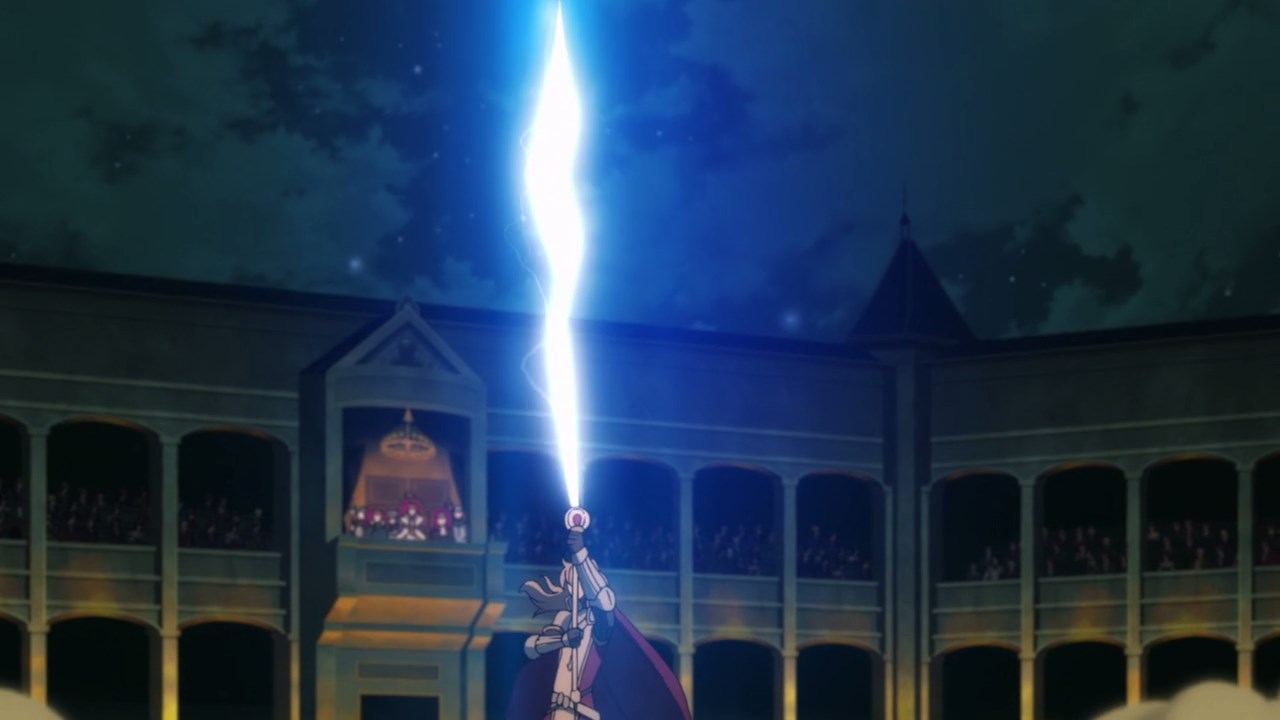 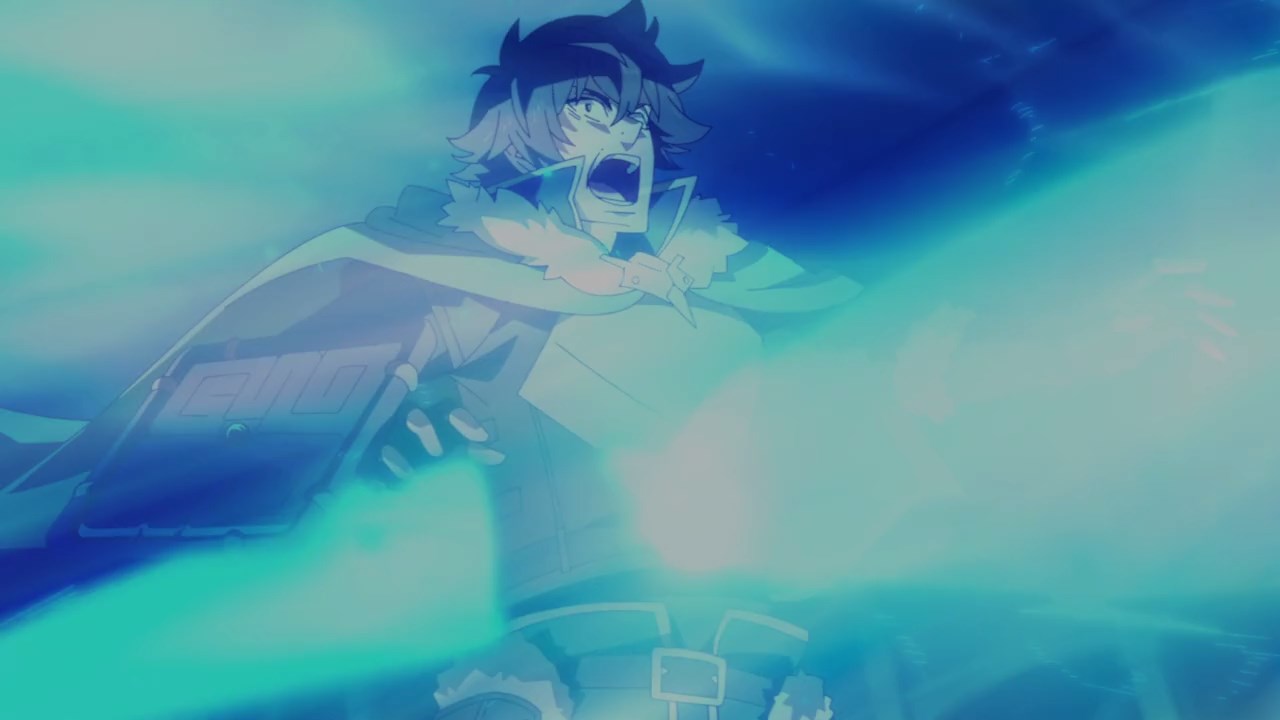 But anyways, this gives Motoyasu the opportunity to use his secret technique to beat the shit out of the Shield Hero. And really everyone, this match is fuckin’ RIGGED! 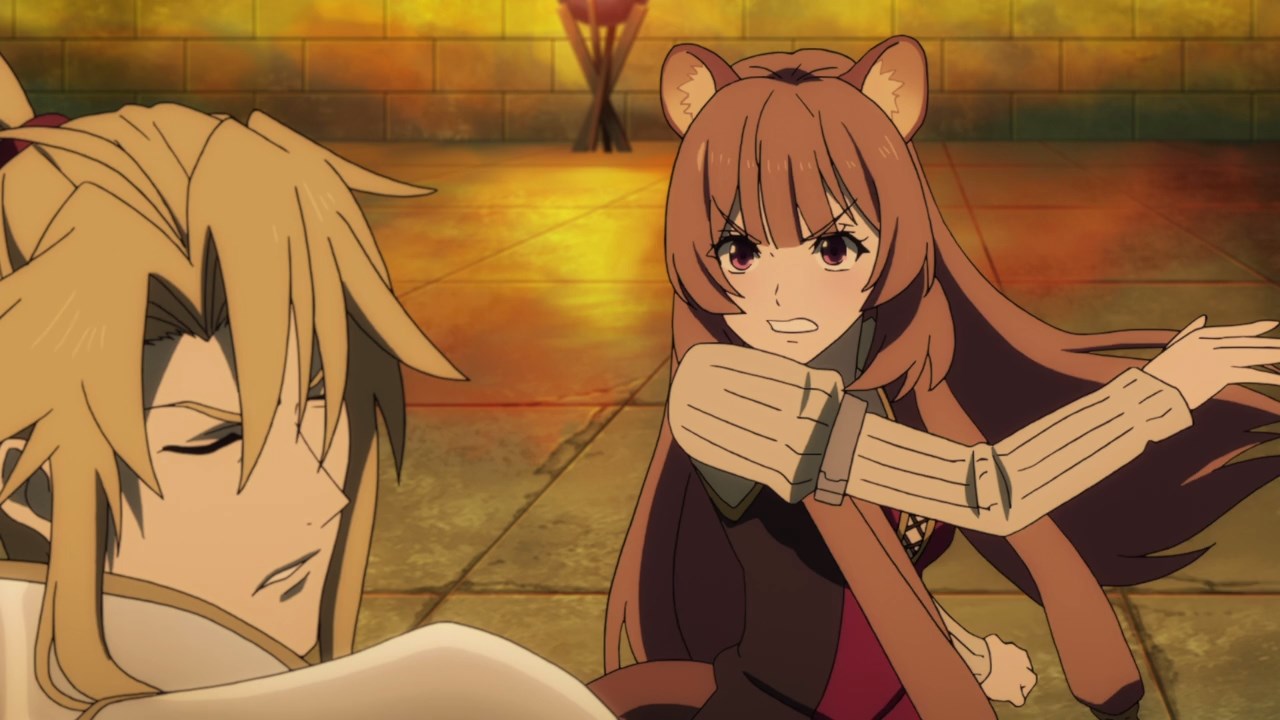 And because of this rigged match, the King of Melromarc declares Motoyasu as Raphtalia’s new owner but then again, Raphtalia slaps the Spear Hero as she doubt that Motoyasu could take care of her better than Naofumi.

Let’s face it, she’ll be treated poorly, especially a certain bitch princess who hates demi-humans like her! 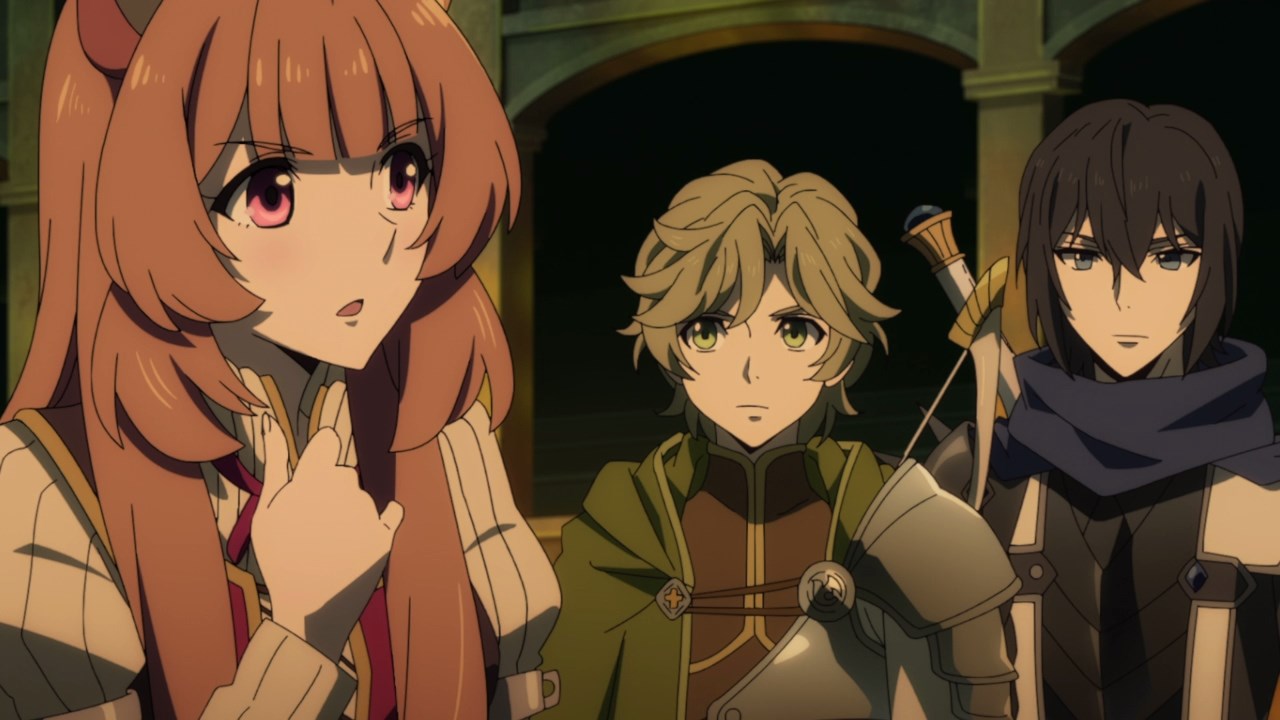 On the other hand, both Itsuki Kawasumi and Ren Amagi called out Motoyasu’s foul play because someone like Princess My- I mean Malty used underhanded tactics to let the Spear Hero win.

But you know what, these two should know that the King and Princess Malty wants the Shield Hero to be erased forever, yet both the Bow and Sword Hero are ignorant about it! Ugh, what about Naofumi? 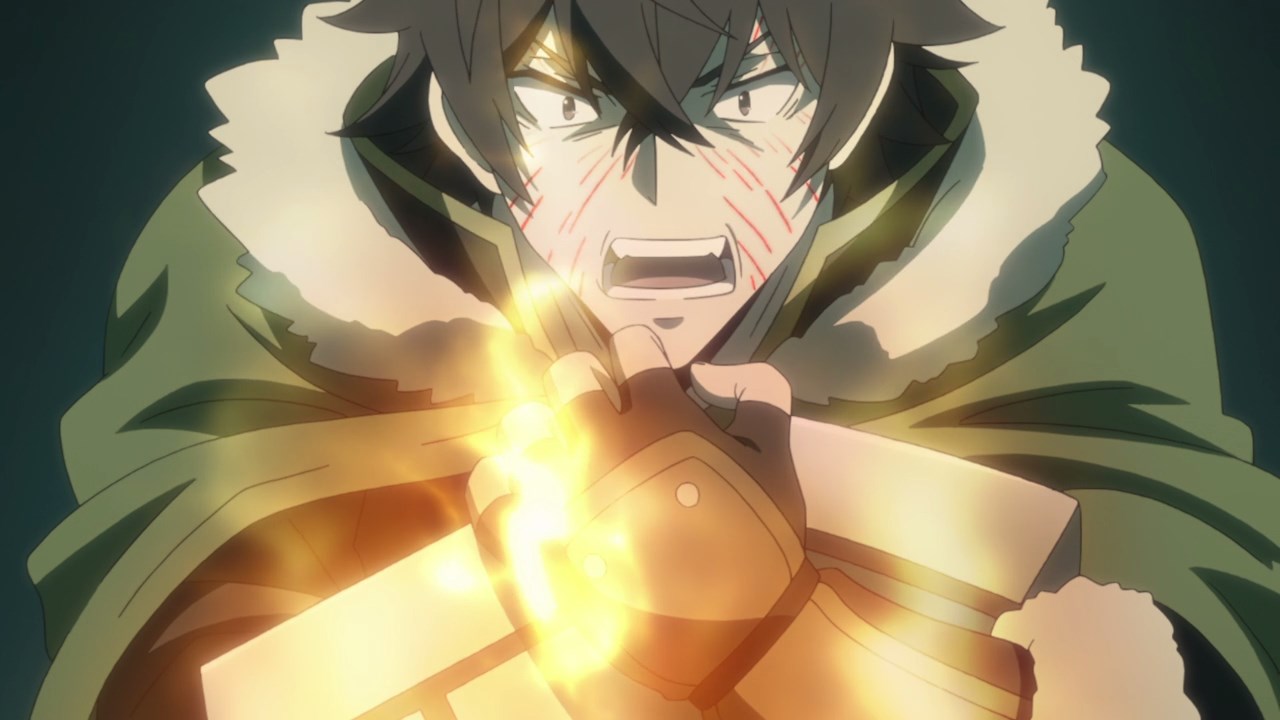 Well, it appears that his defeat was so severe that the notion of having Raphtalia get taken away might happen at the blink of an eye.

This puts Naofumi into a wrathful state that his shield will become cursed due to his growing hatred towards everyone! At any moment, Naofumi might snap and become a monster. 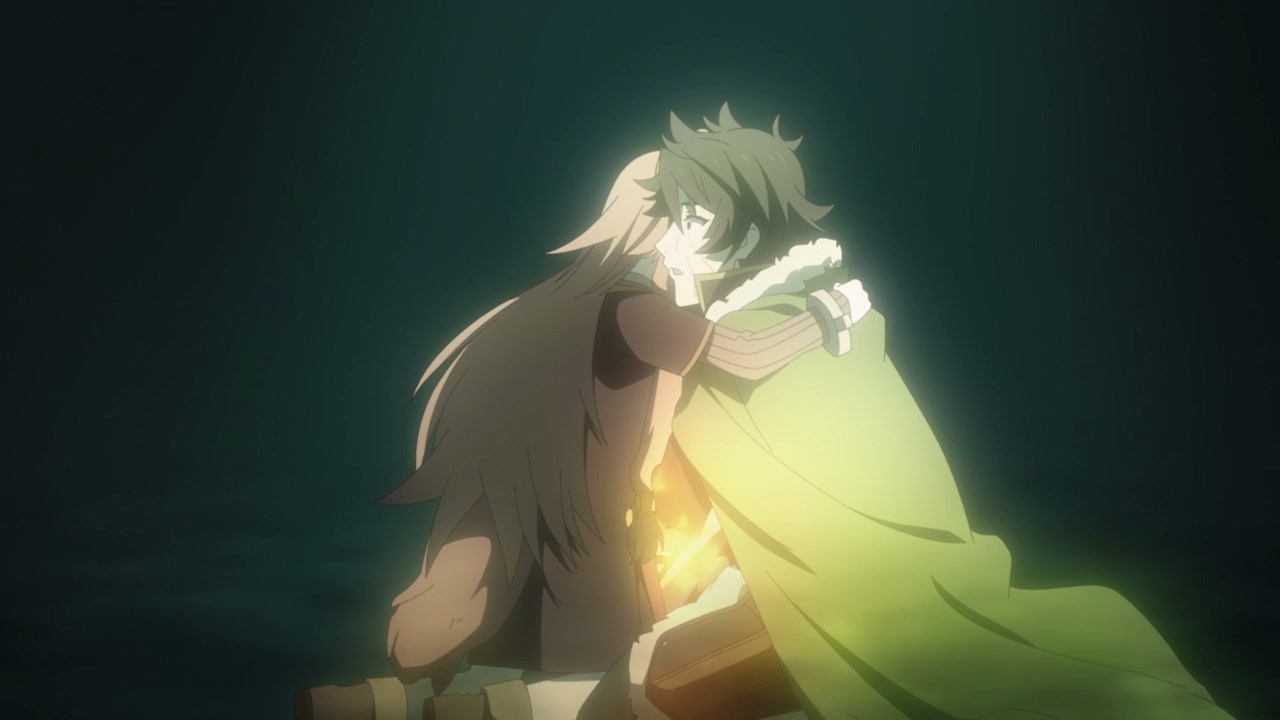 However, it appears that Raphtalia came back to hug Naofumi, saying that she trusts him. And really, Raphtalia believes that the Shield Hero did nothing wrong as Naofumi saved the villagers back in Episode 3. 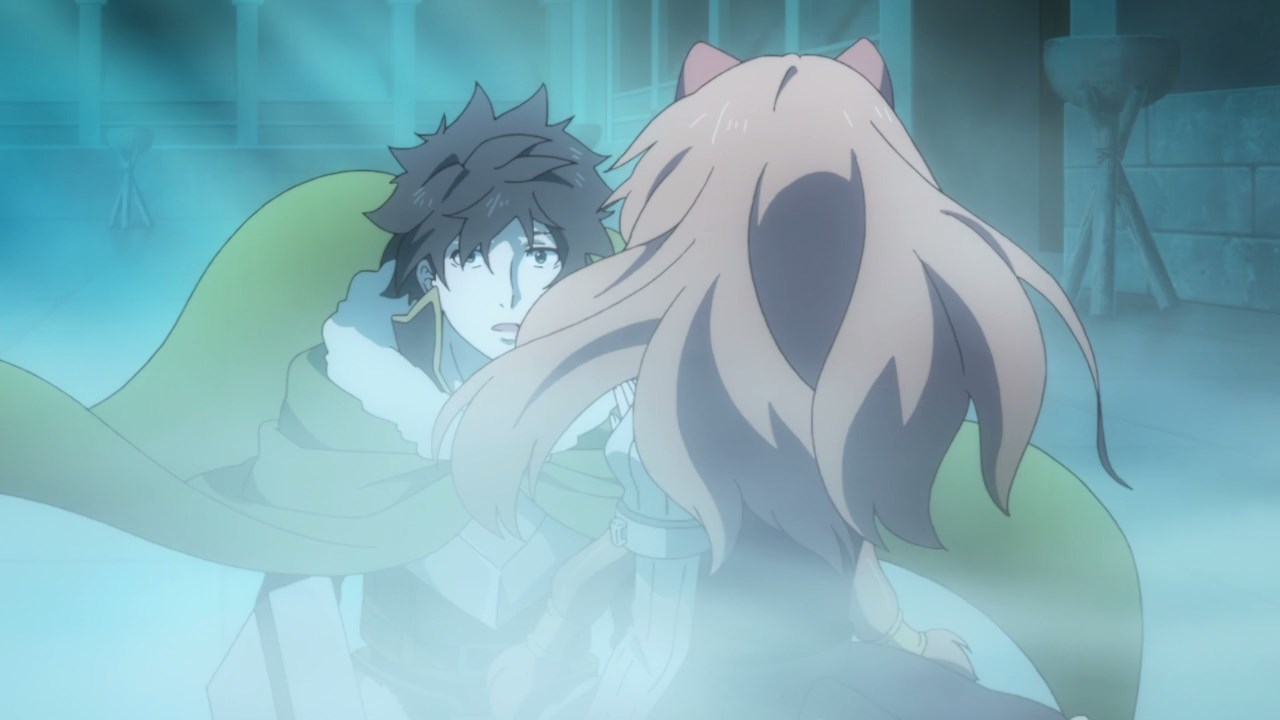 Once Raphtalia hugged Naofumi to calm him down, his eyes got open as he saw Raphtalia all grown-up. And he thought that Raphtalia was a kid, but not anymore… 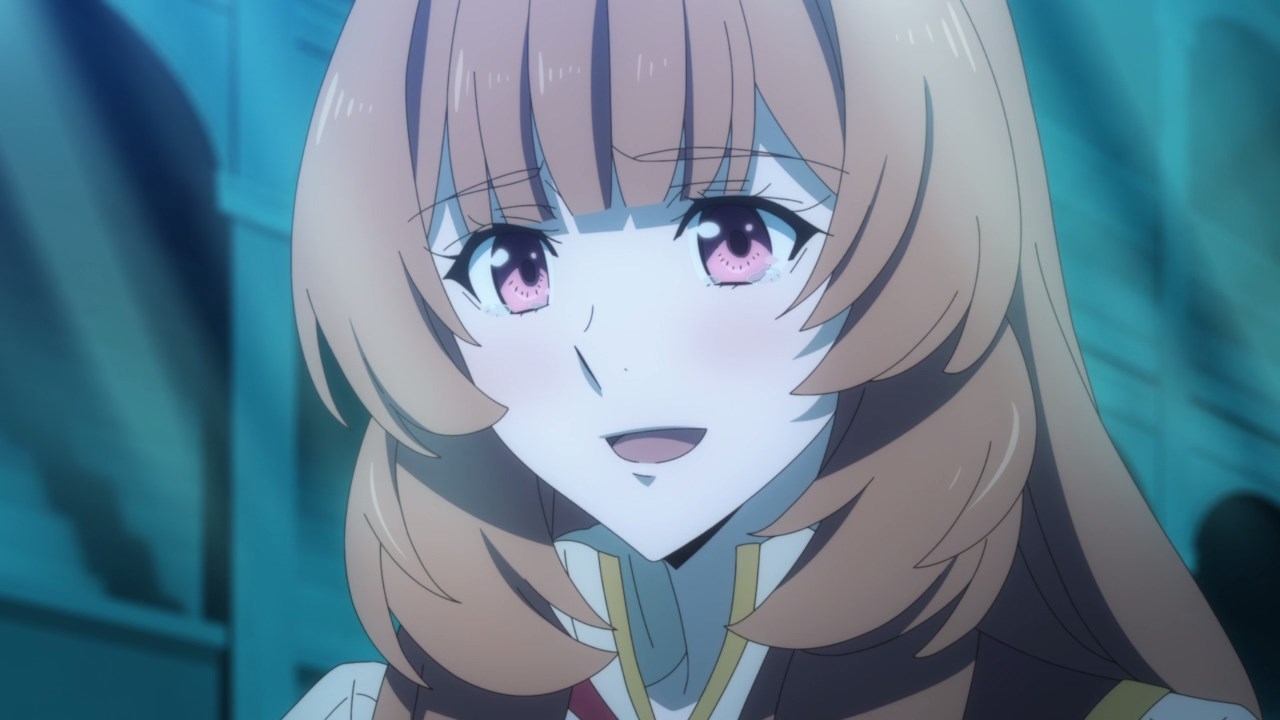 In any case, Naofumi Iwatani has someone who truly believes in him. Sure that some people accused Naofumi of brainwashing Raphtalia, but they’re wrong because this is what I call genuine trust! 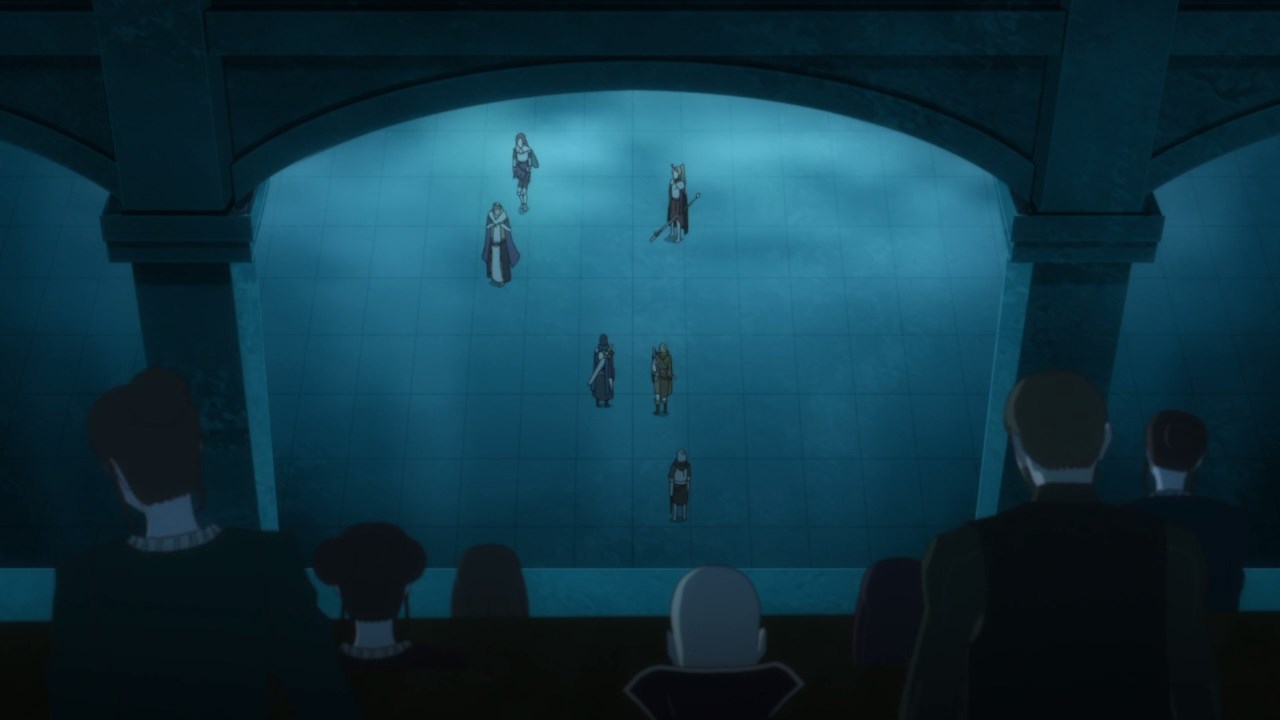 Of course, the people of Melromarc won’t believe him at all as they left the arena in disappointment because they want the Shield Hero to lose, not to watch a cheesy drama flick.

Really guys, are you freaking entertained that you want Naofumi to go down horribly? What scumbags you are! 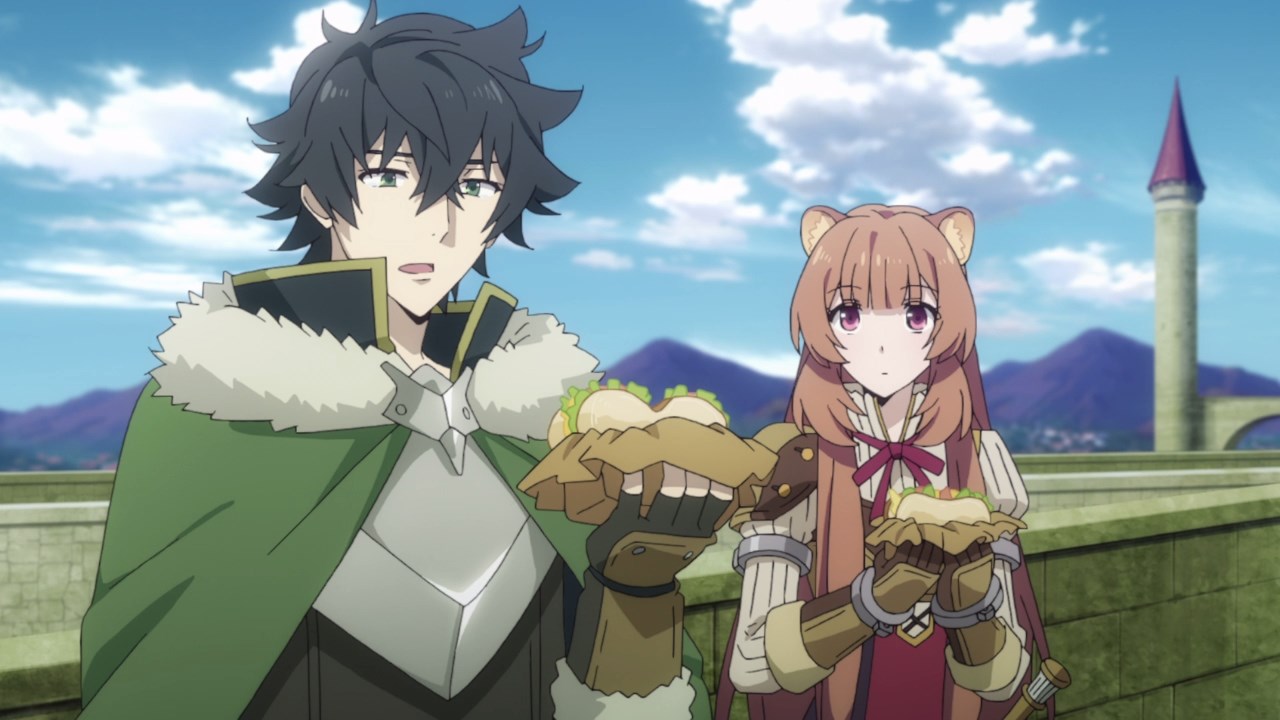 Now then, let’s end this episode as Naofumi ate a sandwich that Raphtalia made using leftovers. And once the Shield Hero took a bit, he got teary-eyed that the sandwich Naofumi ate was the best one he had in a long time! Good for him as his taste buds are back!

And so, we’re done on this week’s episode as their journey continues, no matter how perilous it may be. Then again, the Kingdom of Melromarc will put more pressure towards the Shield Hero and his companion because really, they’re a bunch of assholes that they deserved to be killed in another Wave, especially the King and Princess Malty.

1 Response to The Rising of the Shield Hero Episode #04