Posted on February 3, 2019 by benigmatica 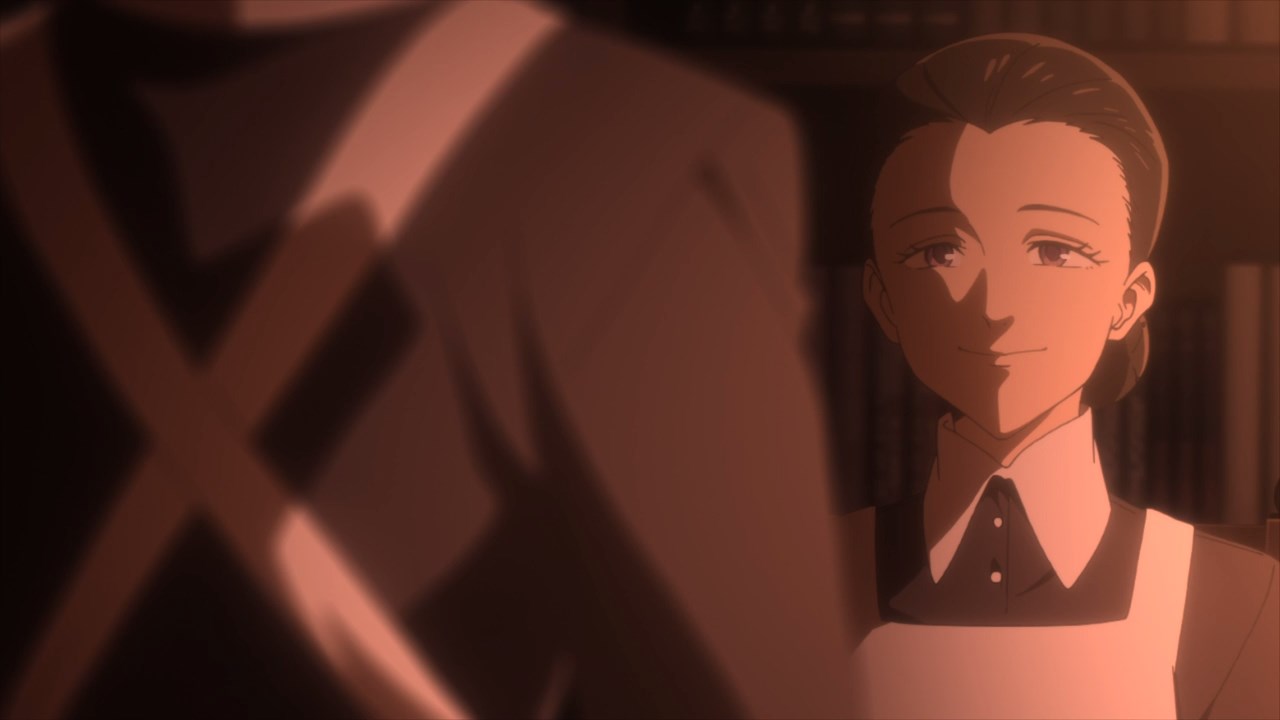 Man, every time I see Isabella, chill sent down to my spine due to how cold-hearted and sinister she is… 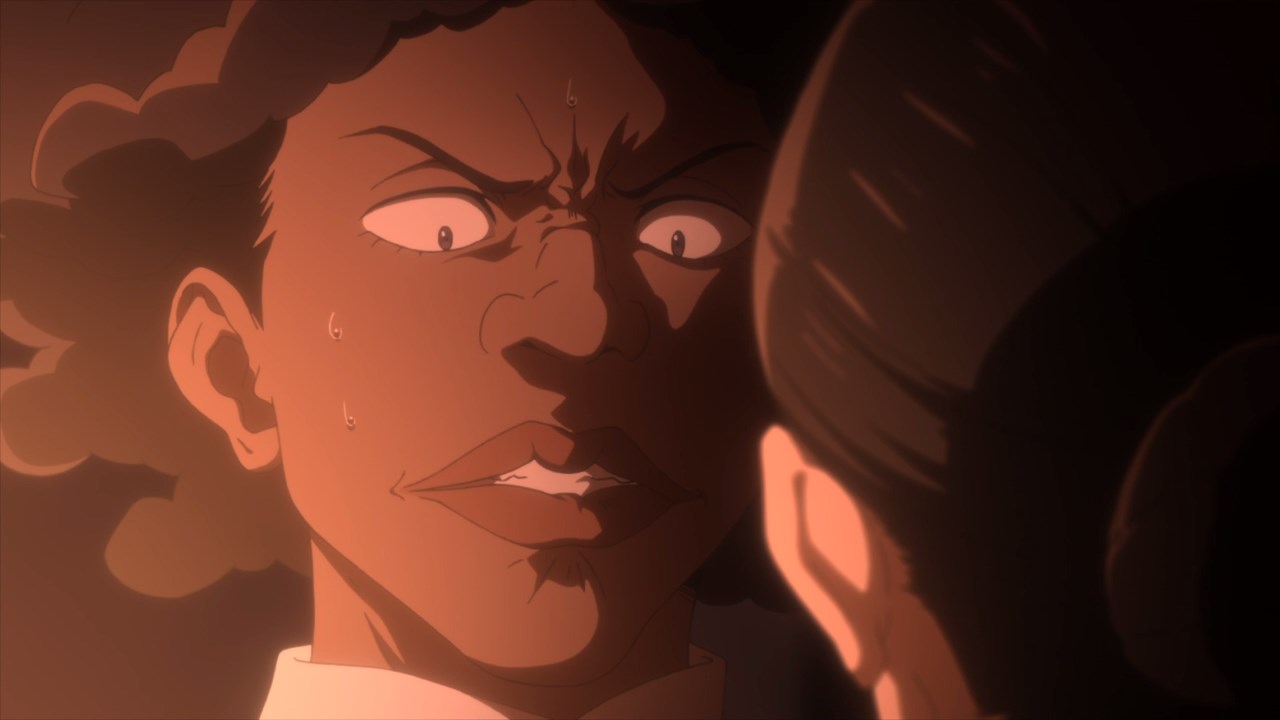 …especially towards Sister Krone where despite being jealous towards Isabella, Krone is scared straight towards her. 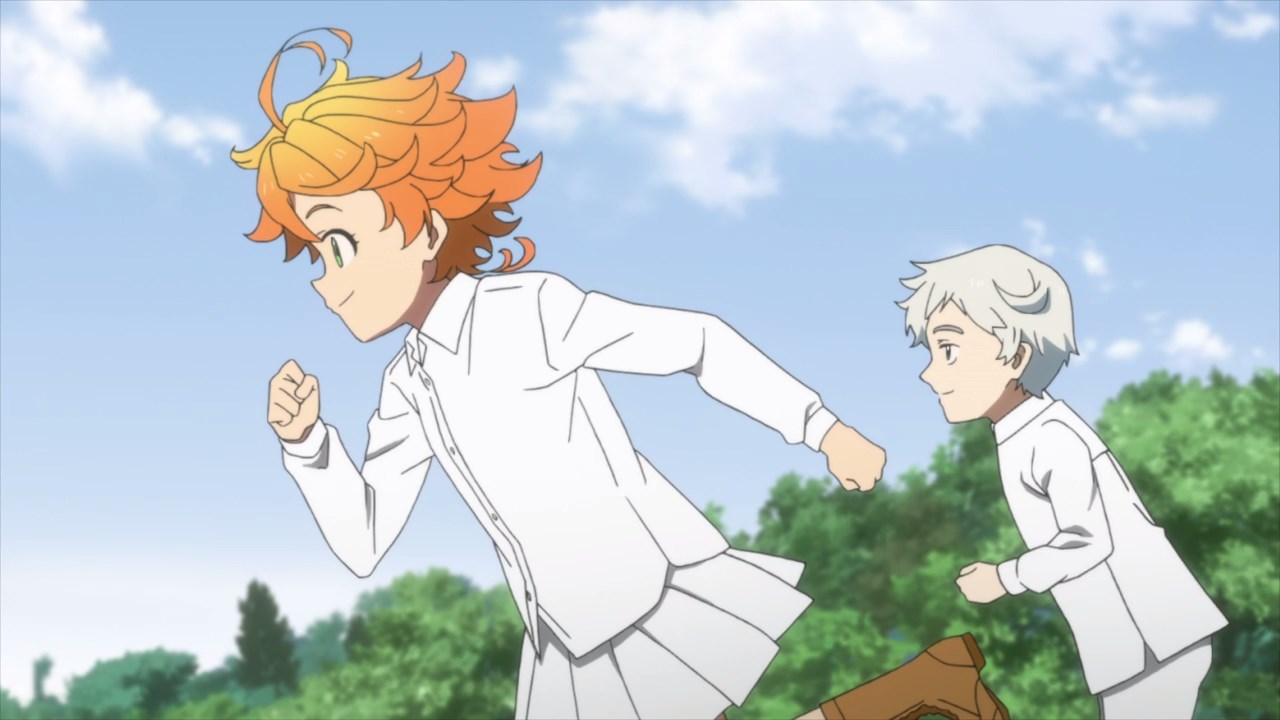 But anyways, it’s time for Emma and the rest to make preparations for leaving the orphanage alive, as they’re still playing tag on the pretense that it’ll be an exercise for their escape. 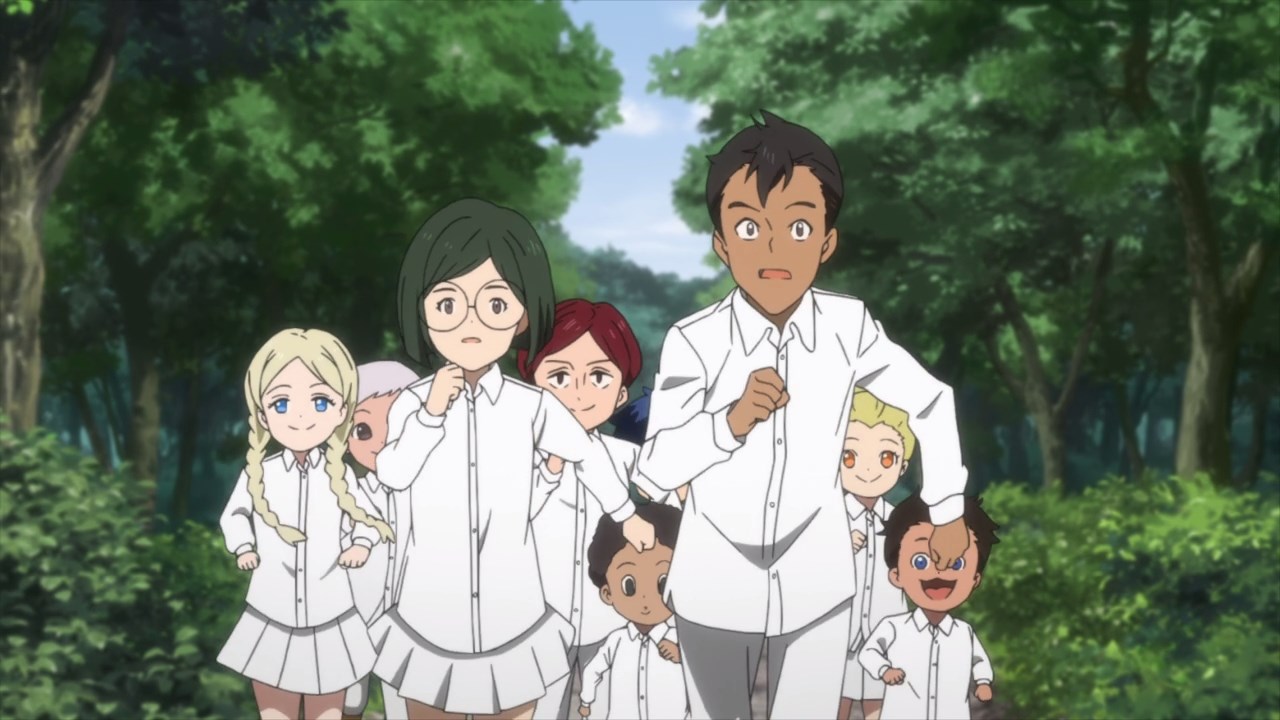 And this time, they’ll be playing with teams instead of individuals ’cause some orphans are too young to outrun the mother. And they have to hurry because Norman is planning to escape together on November 8.

Of course, they need to find out who’s selling them out to Isabella on the promise that he or she will be spared. In fact, Norman and Ray suspects that Gilda and Don are in cahoots with Isabella. 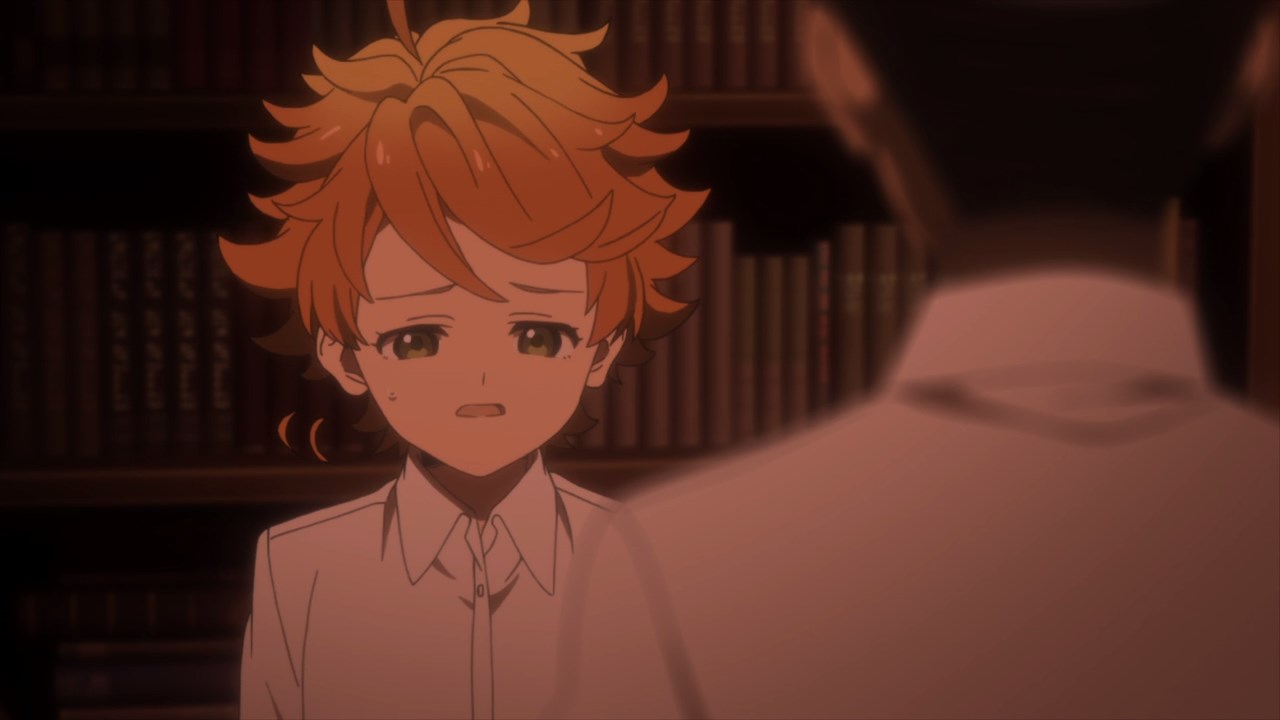 So, both Gilda and Don are invited by Emma, Ray, and Norman to find out if they’re traitors or not, as well as telling them the truth about Isabella’s true intentions. 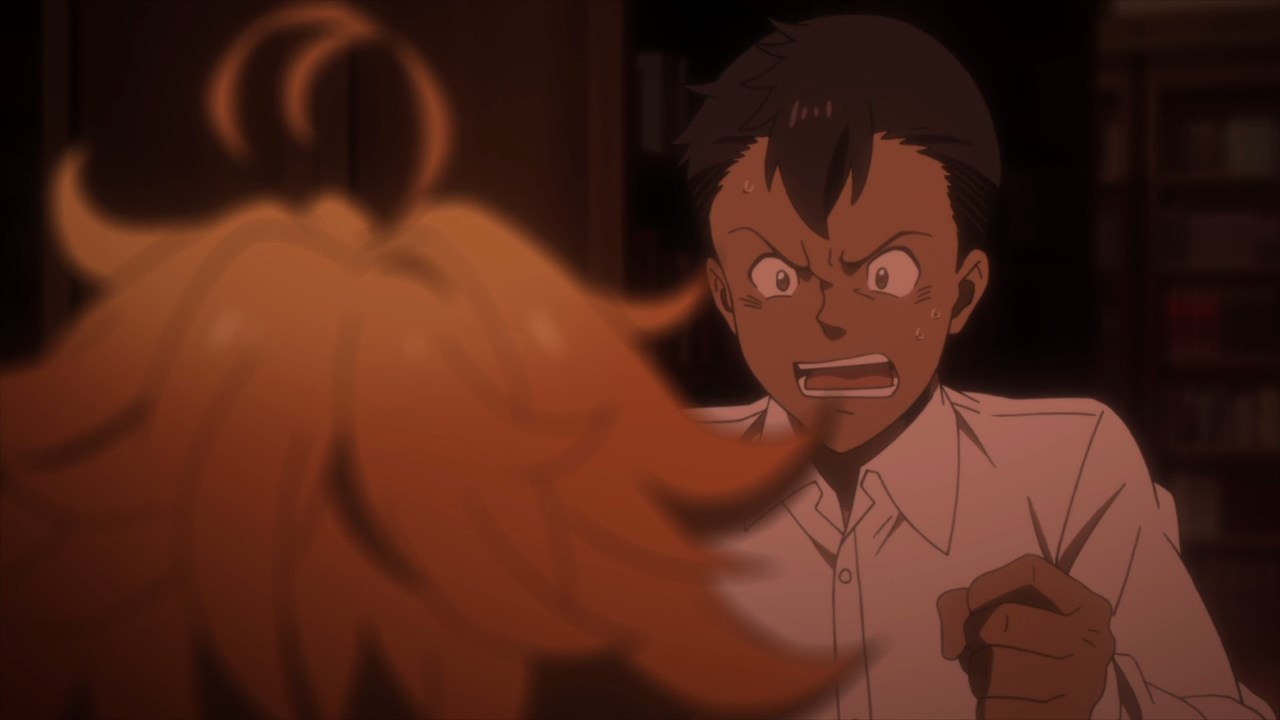 Of course, Don is skeptical about it as he firmly believes that Mom didn’t do anything wrong and the notion that the orphans are being shipped to hungry demons is a joke. 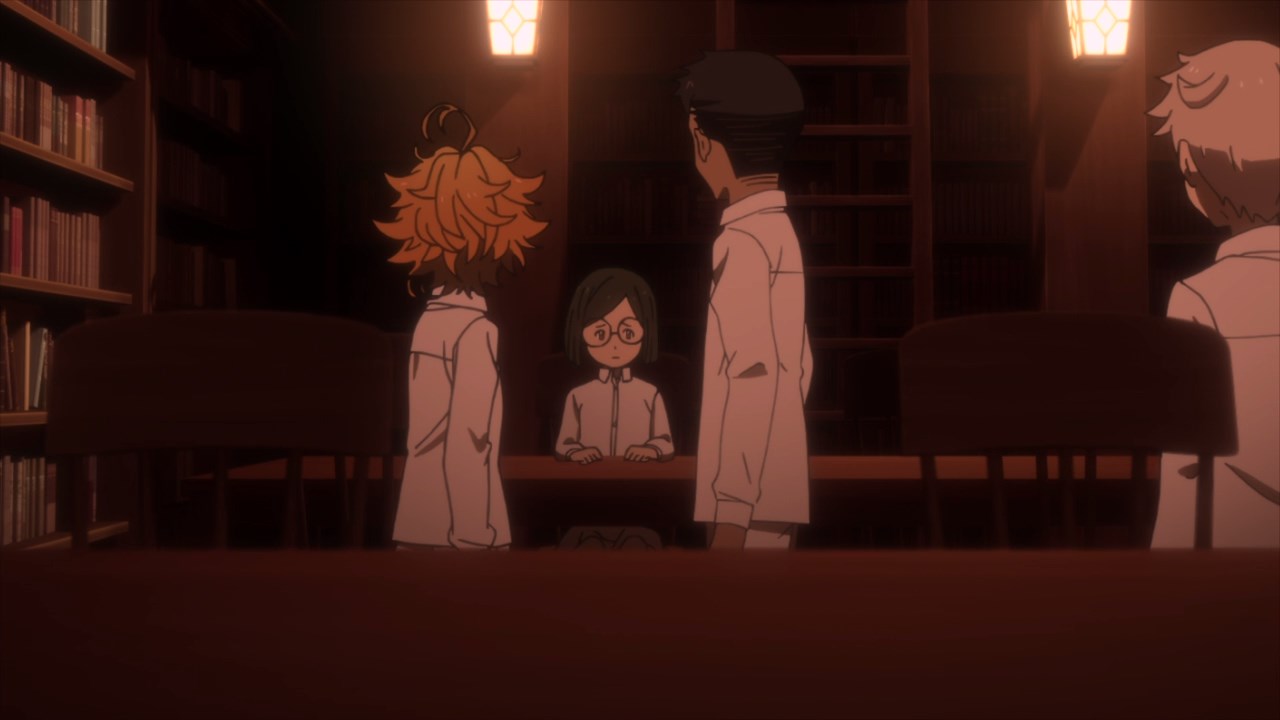 Even Gilda couldn’t believe it as well, but it appears that what Emma said is true. After all, both Emma and Norman saw with their own two eyes in regards to Conny’s unfortunate fate.

Still, it appears that Don and Gilda are not traitors as far as I can tell because they couldn’t handle the harsh reality that they’re being taken care of to become livestock to the demons. However, I feel that someone is betraying them… 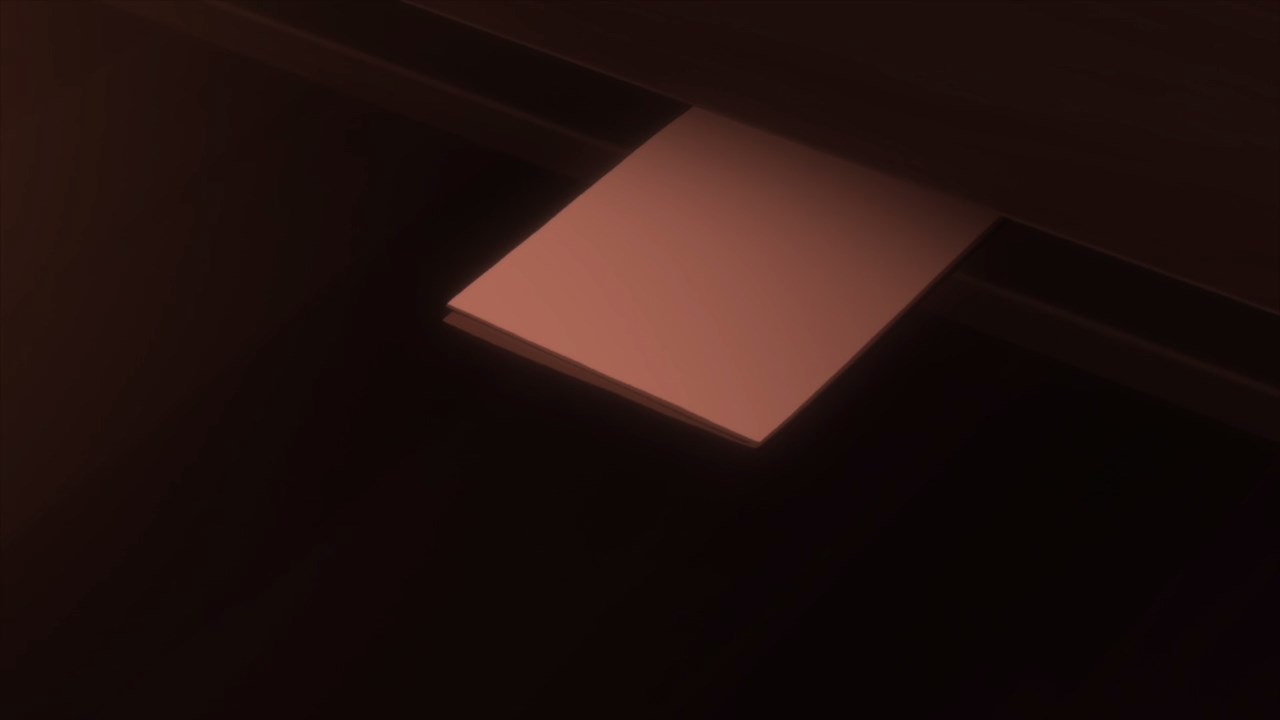 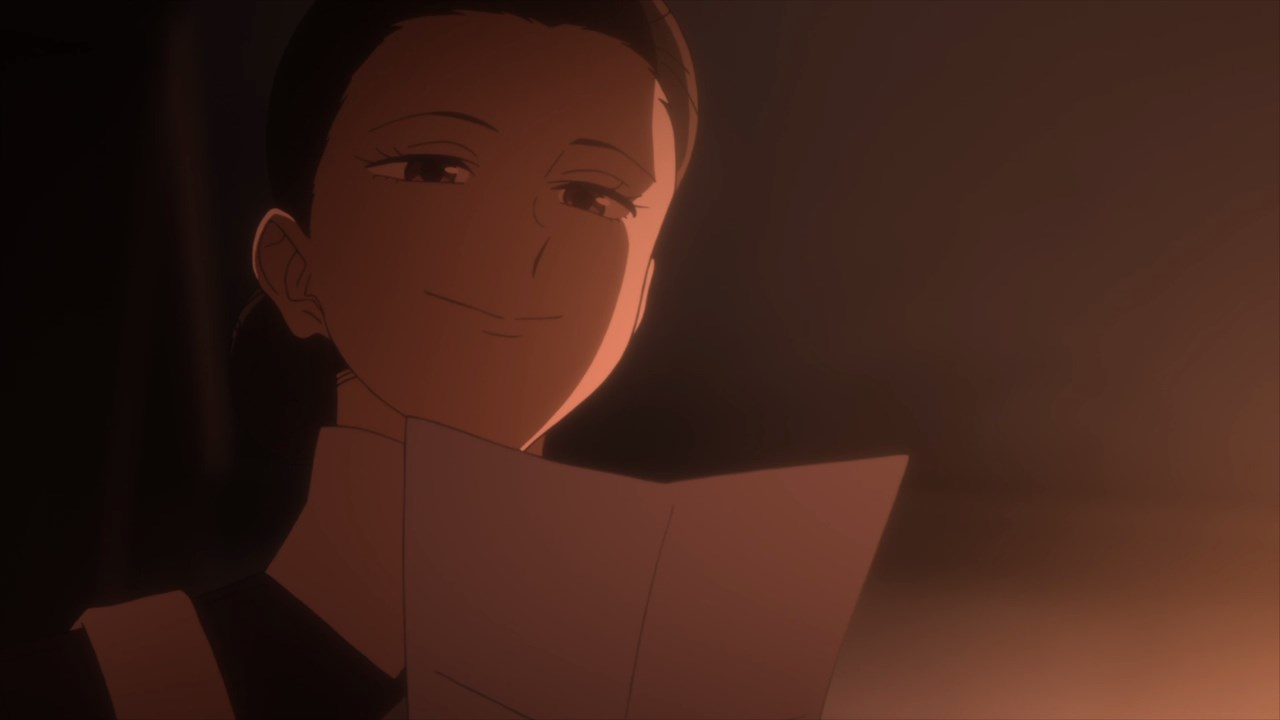 In fact, someone sent a letter to Mother Isabella in regards to their escape plan. And really, it’ll be detrimental if the traitor continues to do this at the expense of everyone else. 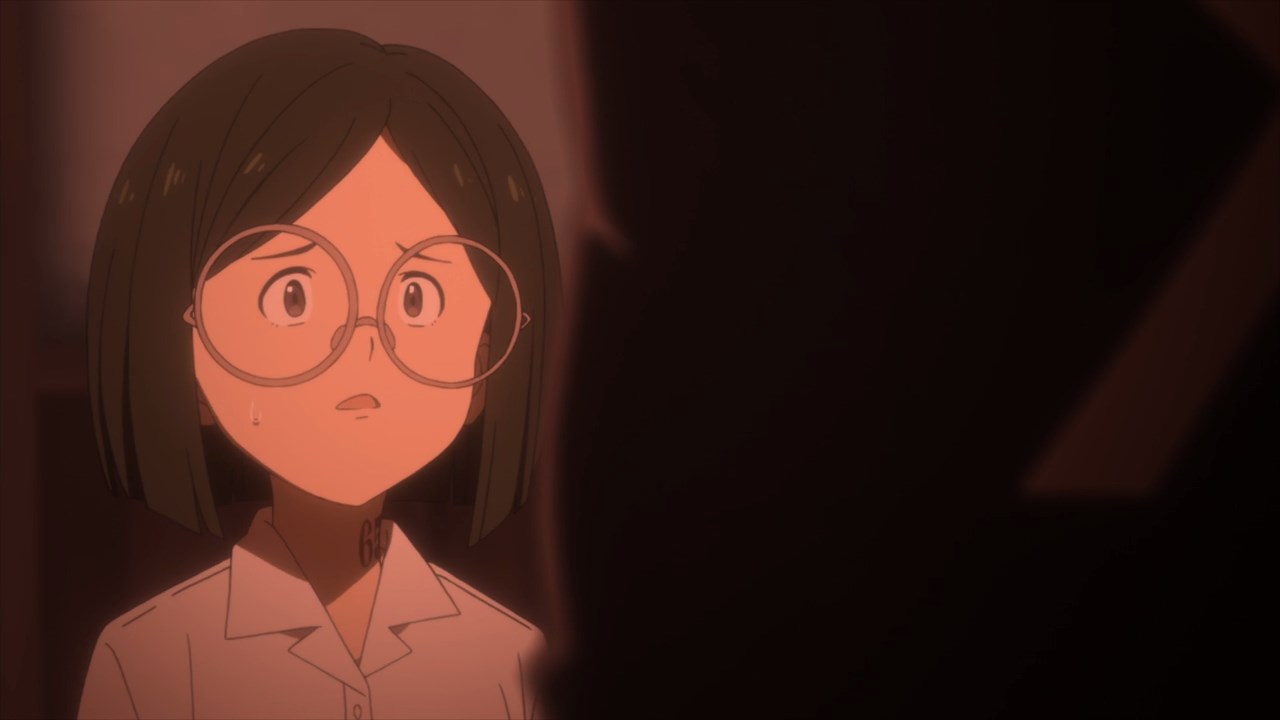 Meanwhile, it appears that someone wants to conspire with both Isabella and Krone as Gilda got called by the latter. 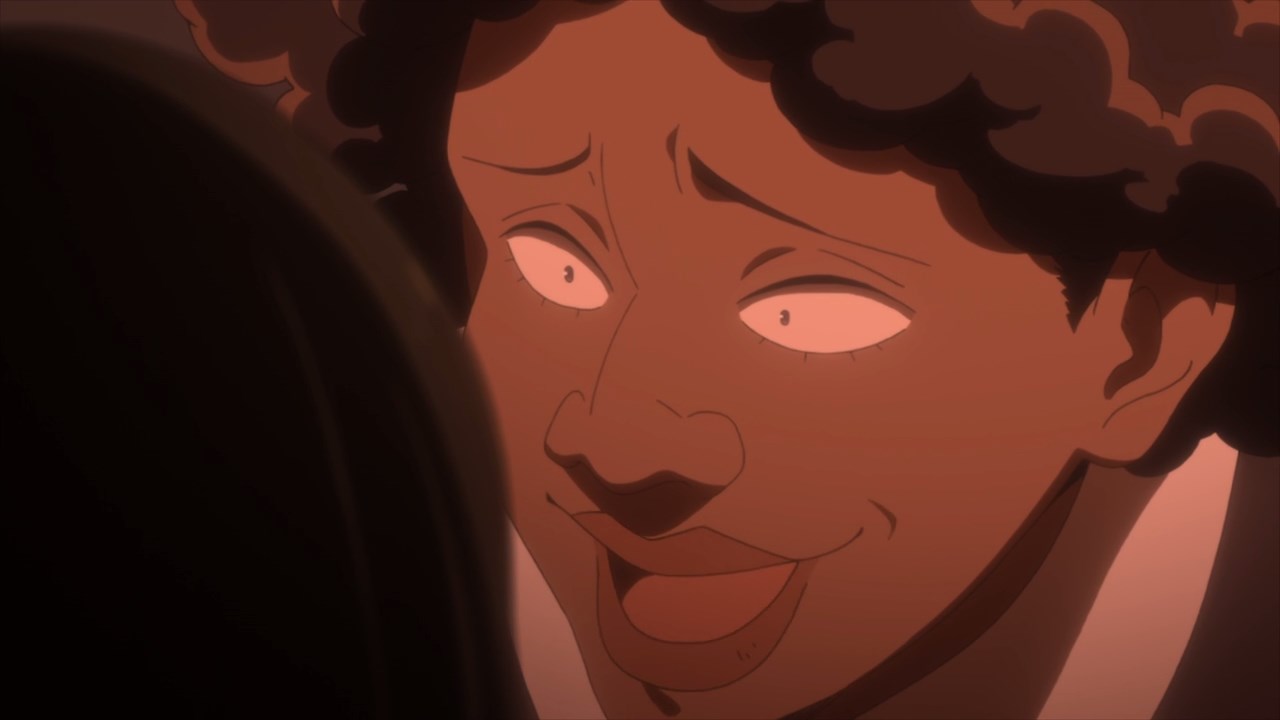 And really, Sister Krone wants to have someone spying on the kids much like Isabella, therefore Sister Krone is convincing Gilda to join forces in exchange for her safety. 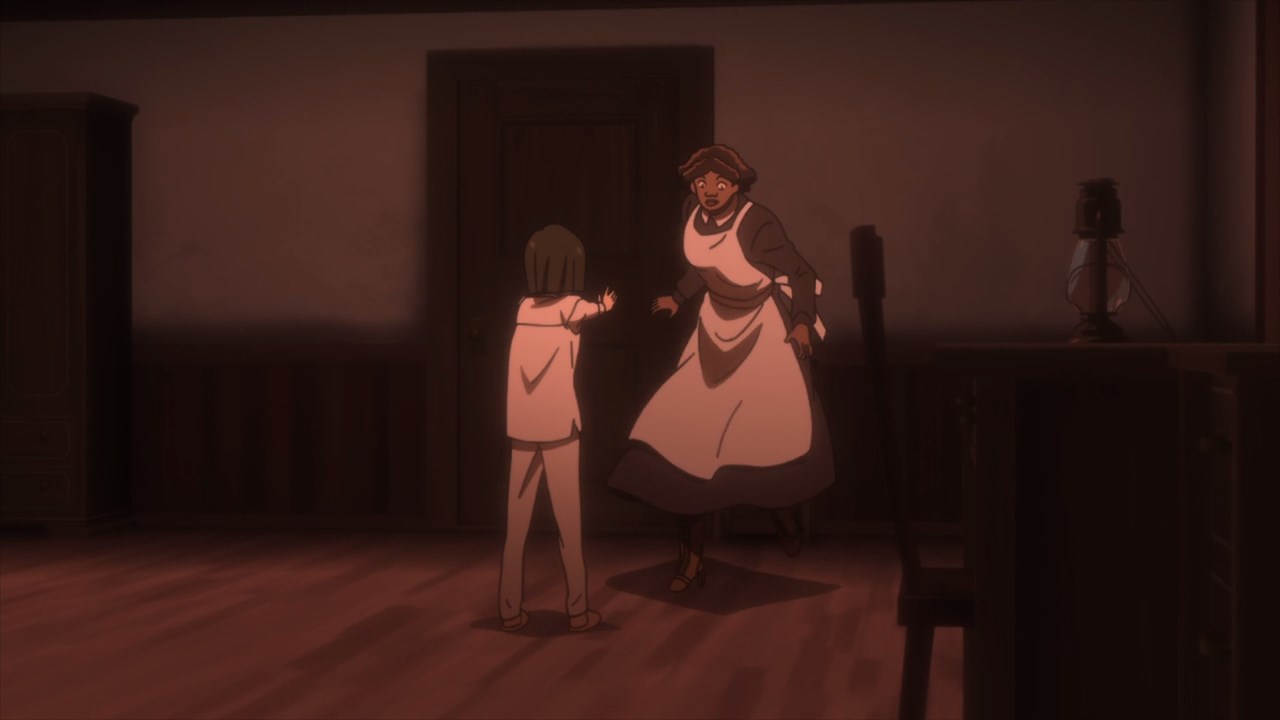 However, Gilda decides not to accept Krone’s proposal as she denies about her intentions to escape with Emma and the rest. Gotta prove to Krone that she’s innocent until the day of their planned exodus. 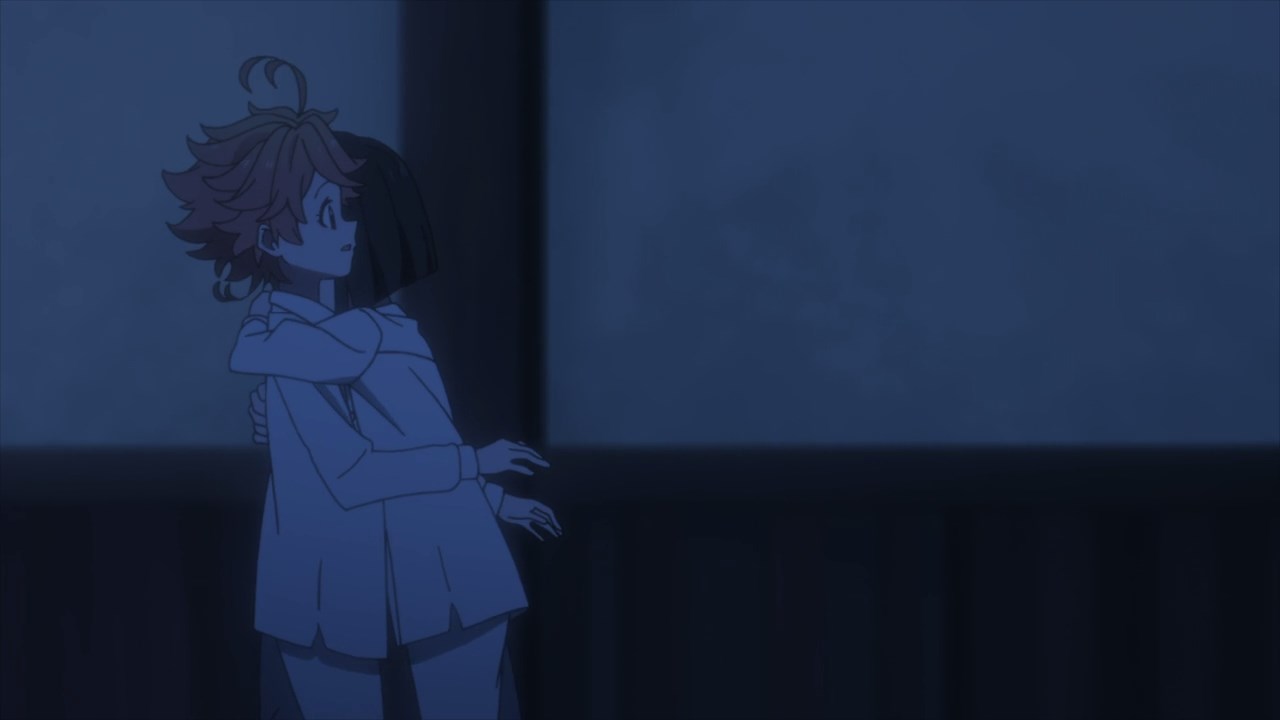 Regardless, Emma felt a sigh of relief that Gilda is not the traitor. Now, the only person left in question is Don as he might betray the kids in favor of being spared. 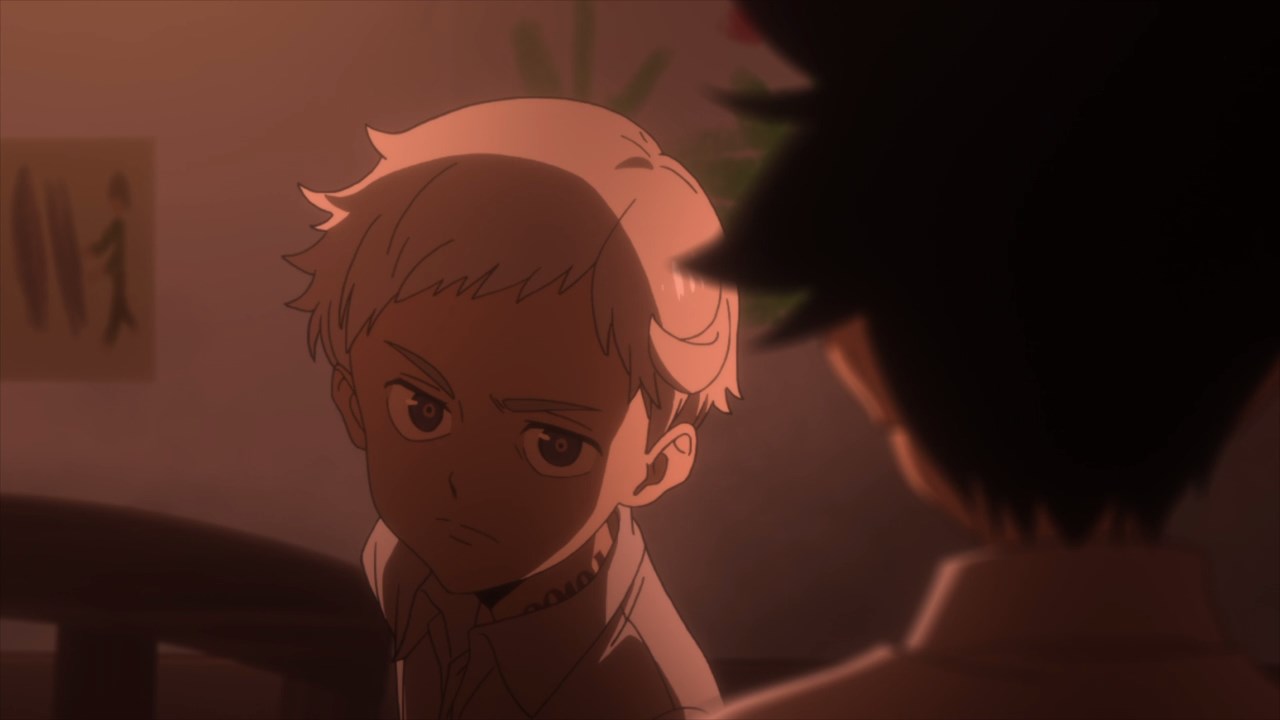 Then again, it appears that there’s no need to find out if Don is in cahoots with the adults or not, as Norman called Ray out for being the traitor among the orphans.

Why? Because the escape rope that’s hidden under his bed went missing. Oh, and Norman told Ray the location of the ropes which he deduces that Ray told Isabella about it. 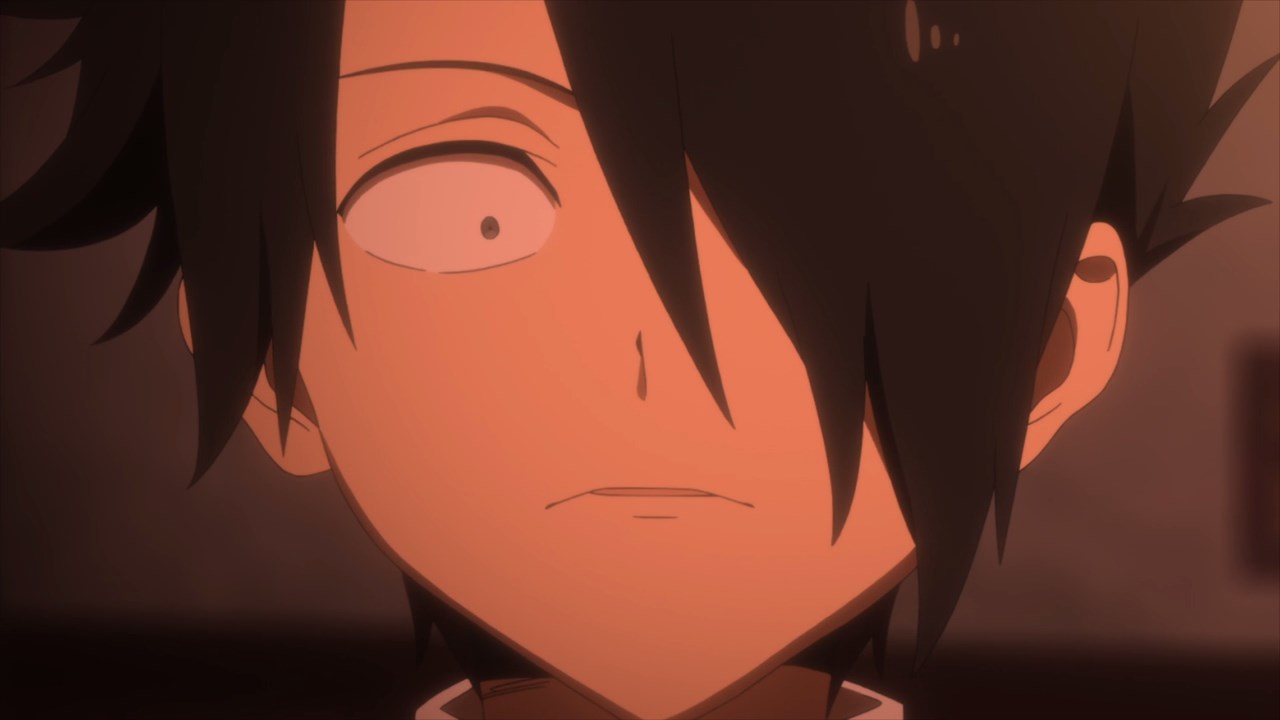 But here’s Ray as he’s in hot water over his betrayal. What can he do now, and will Emma and the rest punish him for selling them out to the adults?

With that said, I’ll see you next time as things are not looking well for the orphans now that their escape plan is jeapordized.