Posted on February 4, 2019 by benigmatica 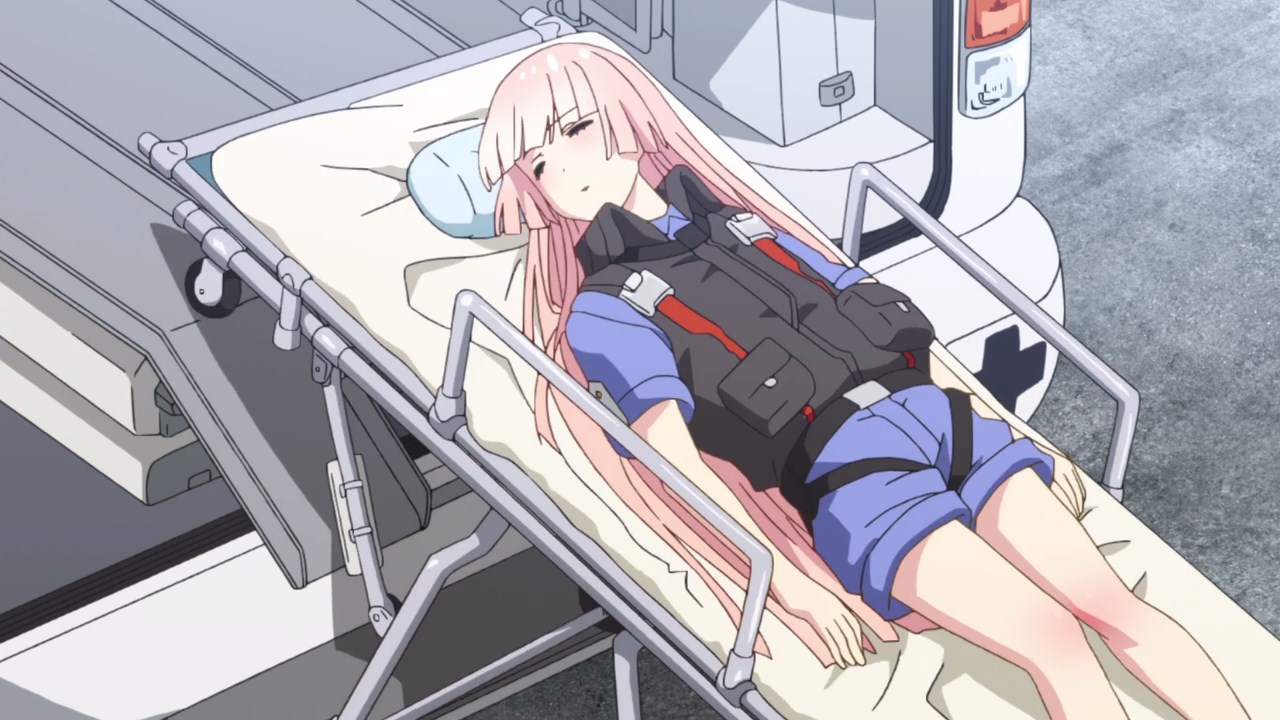 Well, here’s the aftermath after the previous episode as Gripen is taken to the hospital at Komatsu Air Base.

Of course, it’s seems that the higher-ups have seen enough, despite the fact that the Xi interrupted the test flight. 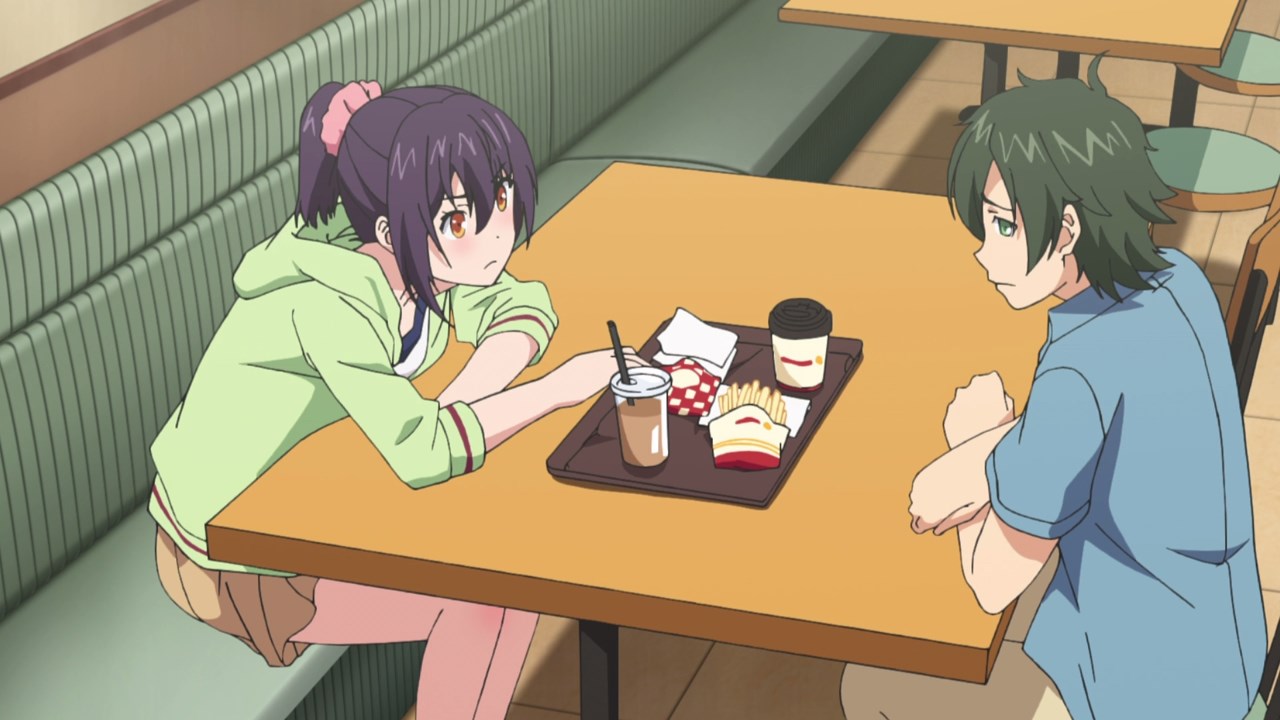 With that said, here’s Kei Narutani as he’s worried about Gripen. Also, Song Minghua is there but she can’t do anything to cheer him up. 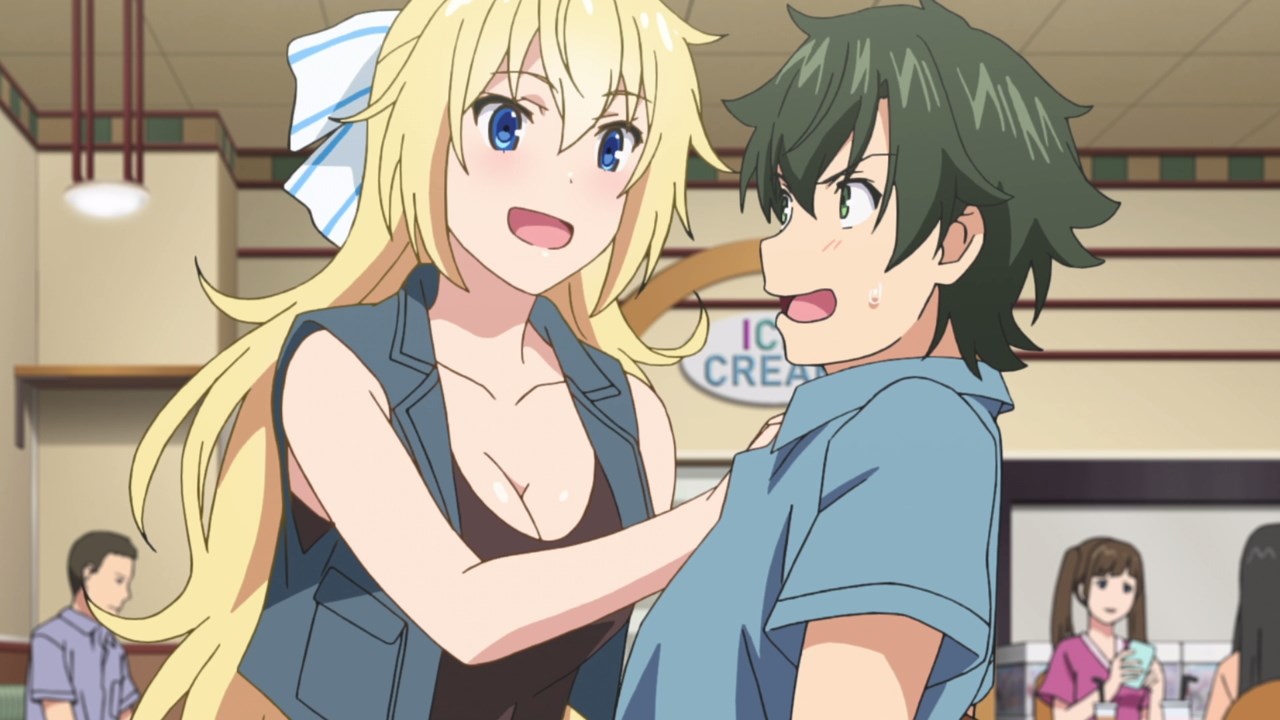 And then, this Anima from the previous episode showed up, named Eagle who’s based on the F-15 Eagle fighter plane, told Kei Narutani that the higher-ups at Komatsu Air Base are gonna scrap Gripen earlier than expected.

This is bad news for Kei as he’ll never gonna see Gripen again because she has potential, yet the top military brass are too impatient to realize it. 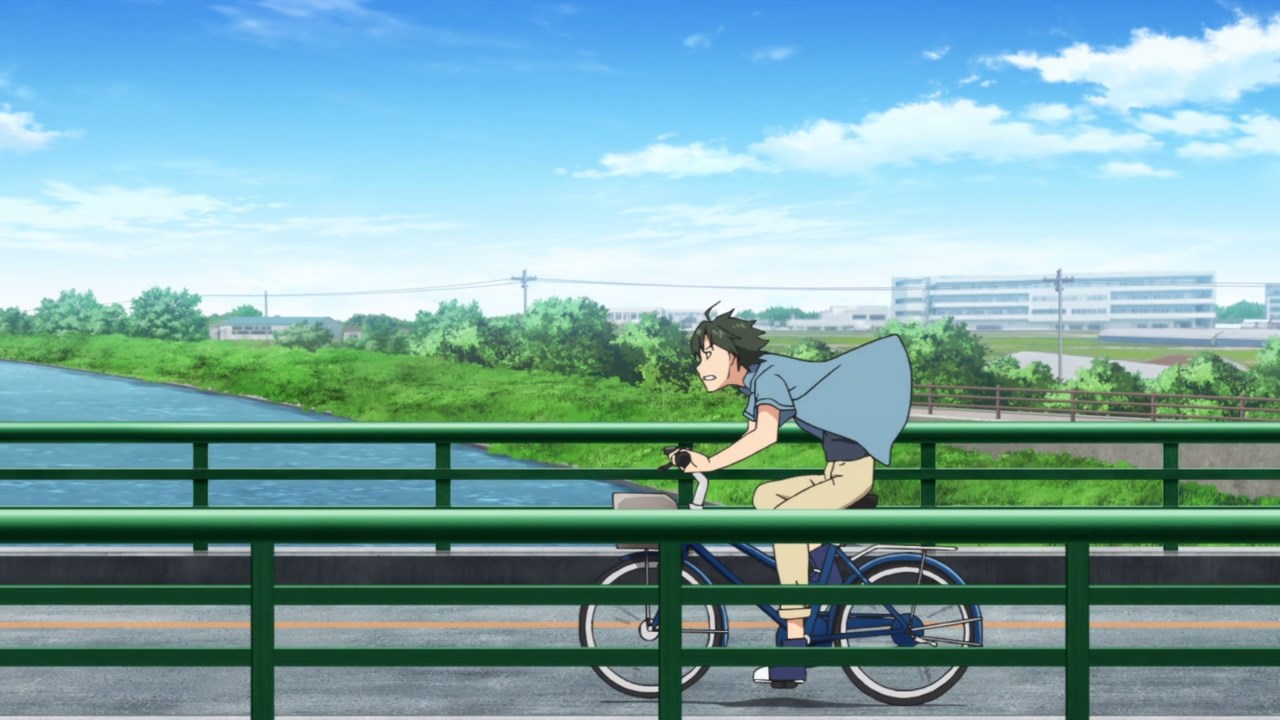 And so, Narutani went back to Komatsu Air Base in order to find Gripen and somewhat take her somewhere to hide from the military personnel. 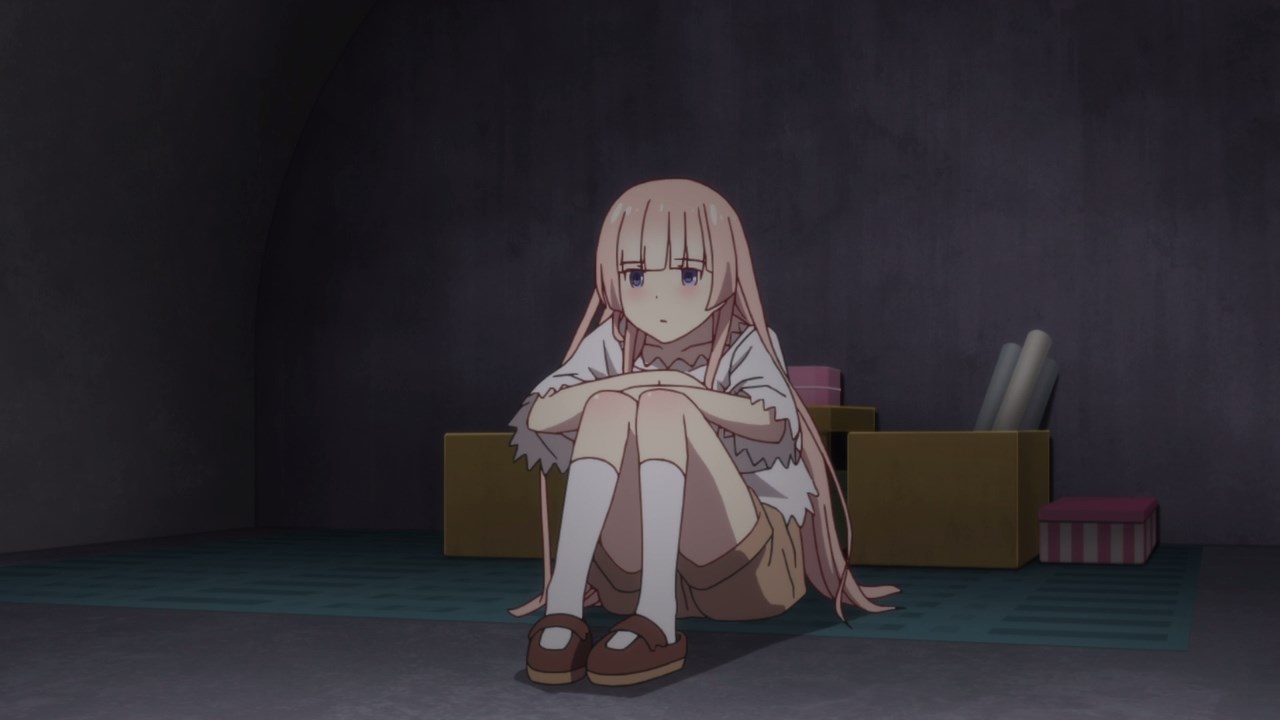 But anyways, here’s Gripen as she’s hiding at her secret base in order not to get caught by the air force she served to protect. 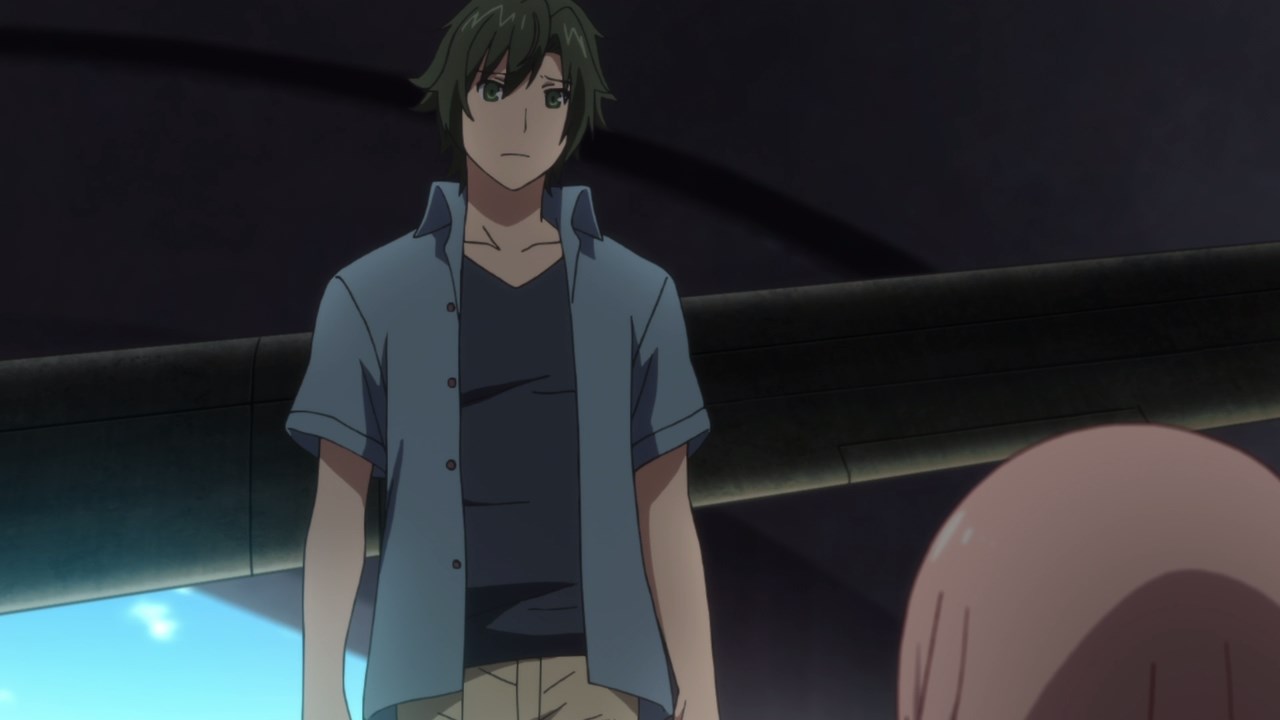 Still, it’s a sigh of relief that Kei managed to find Gripen in time as he’ll plan to make an escape with her. 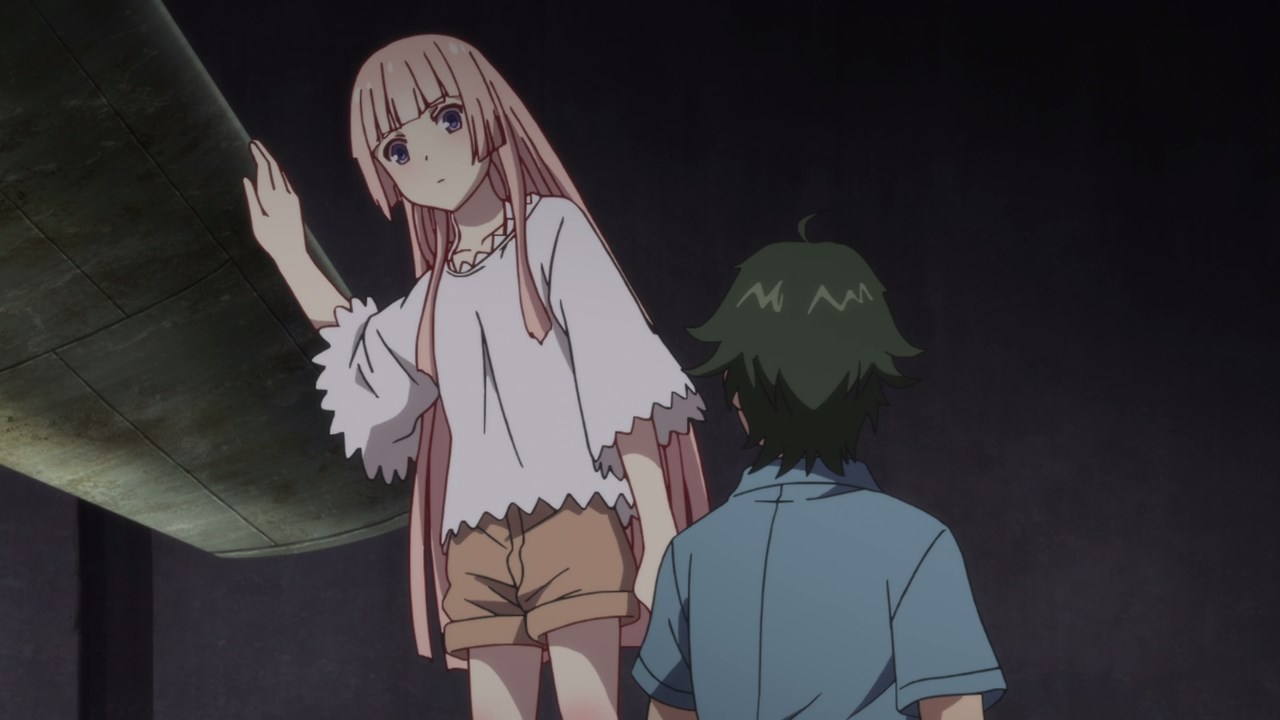 However, trouble arised as the Xi have managed to cross into Japanese airspace and they’re gonna wreck Komatsu Air Base anytime soon.

So, Gripen decides to fly and fend off the enemy whatever she can! 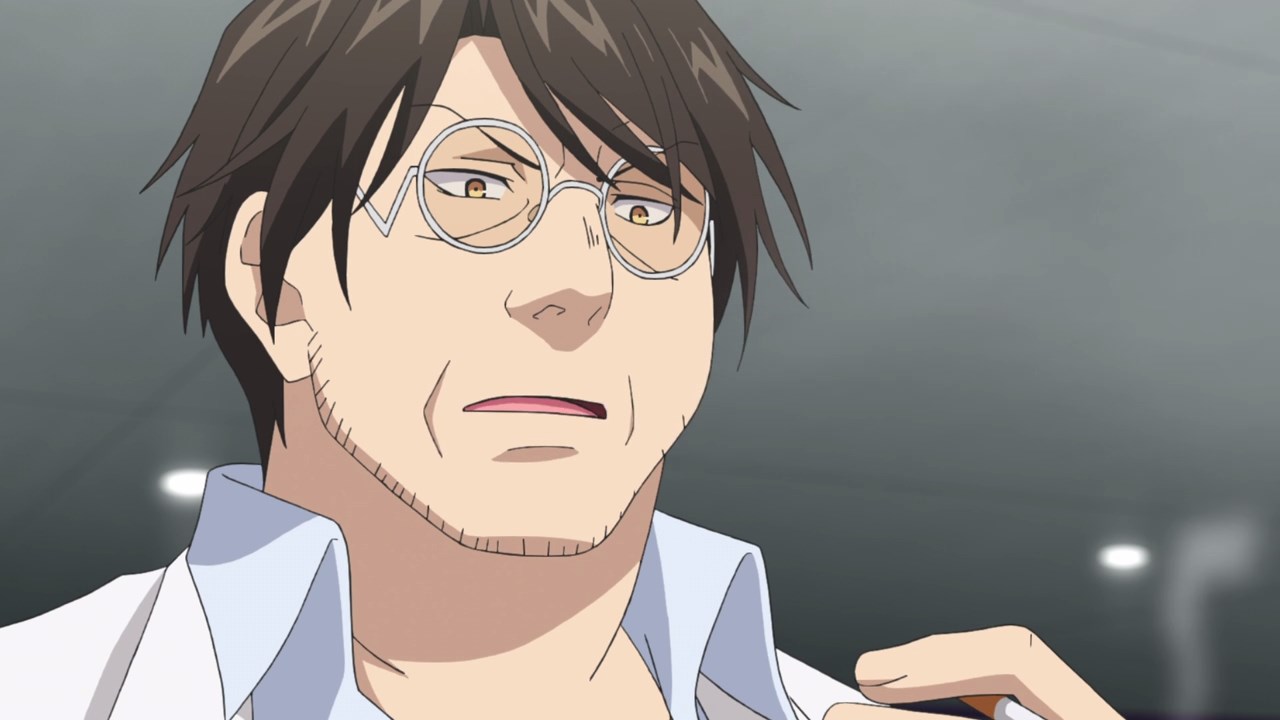 However, Haruka Yashiodori told Gripen to run away together with Kei Narutani as it’s the best option. Besides, there’s one daughter that’s fending off the Xi at the moment. 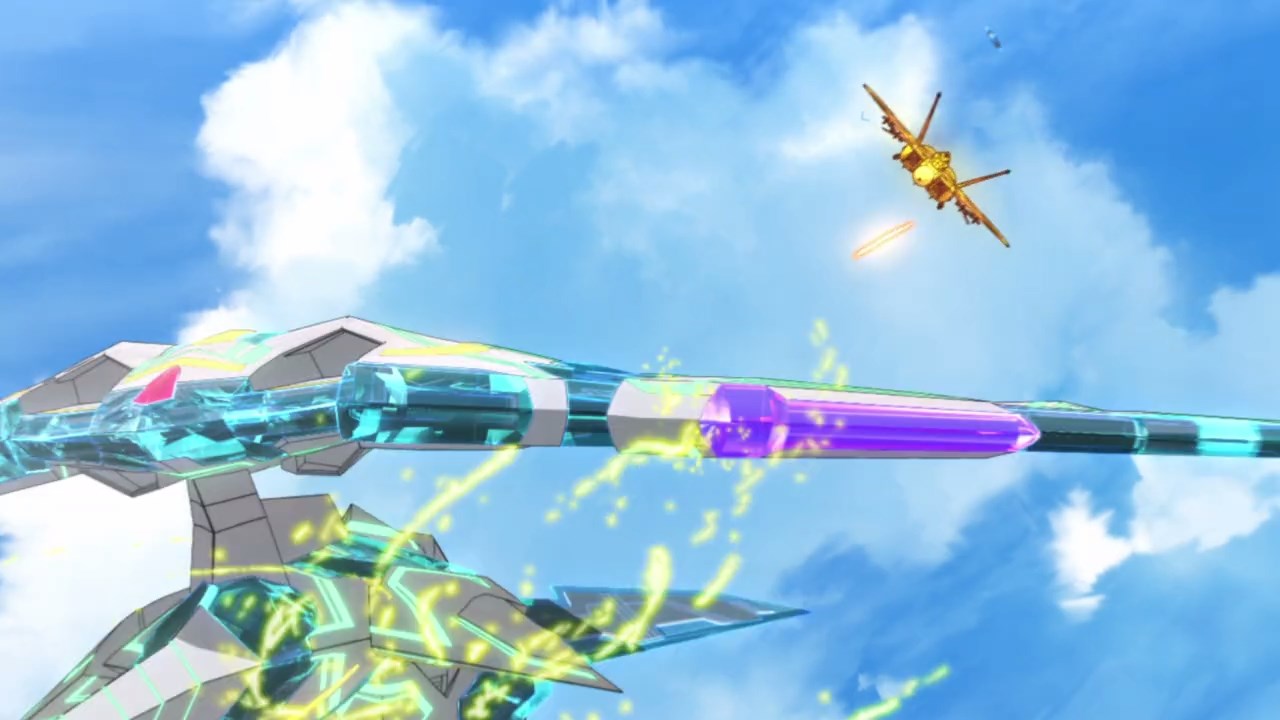 That’s right, it’s the F-15 Eagle (or just Eagle) as the daughter fends off the Xi. However, it appears that the enemy is very annoying to deal with. 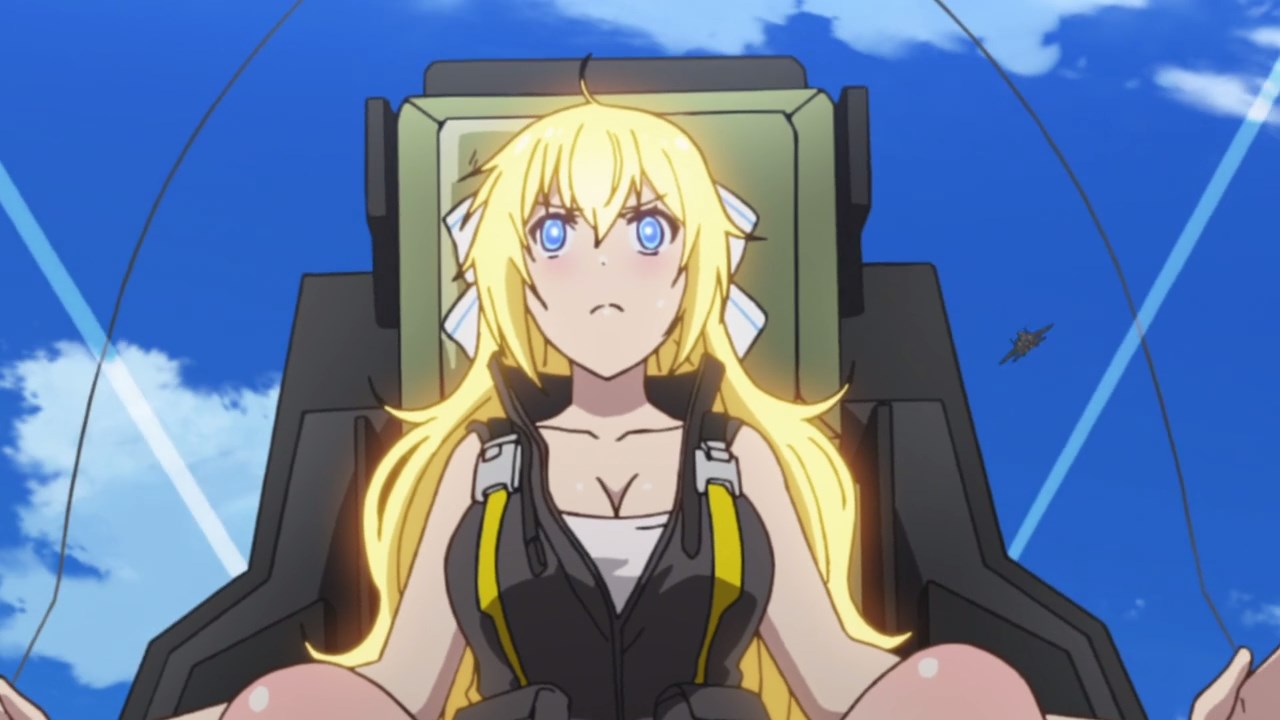 Even Eagle is getting cranky that she can’t get a hit towards the Xi. Because of this, she can’t go back to Komatsu Air Base and fend off the enemy there. 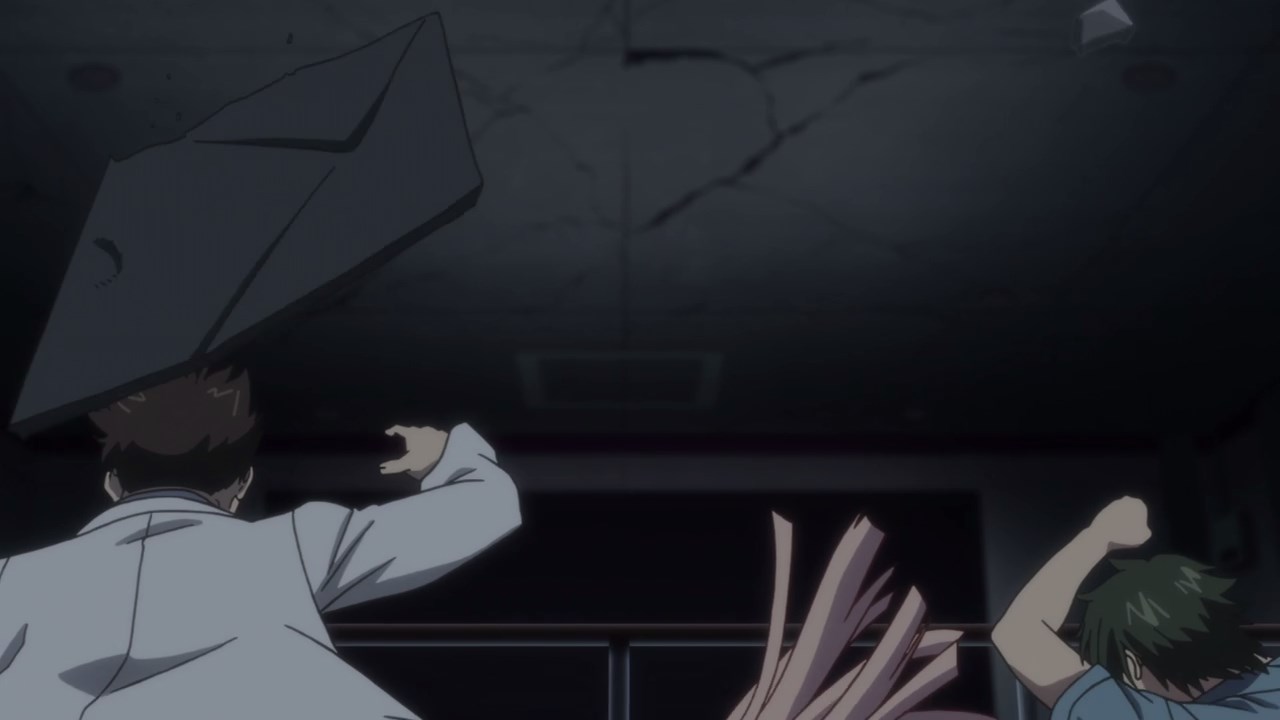 And speaking of Komatsu Air Base, seems that the Xi made a surprise attack that destroys most of the facilities inside the best.

Fortunately, nobody died but they can’t send their planes to fight since their runway is damaged. 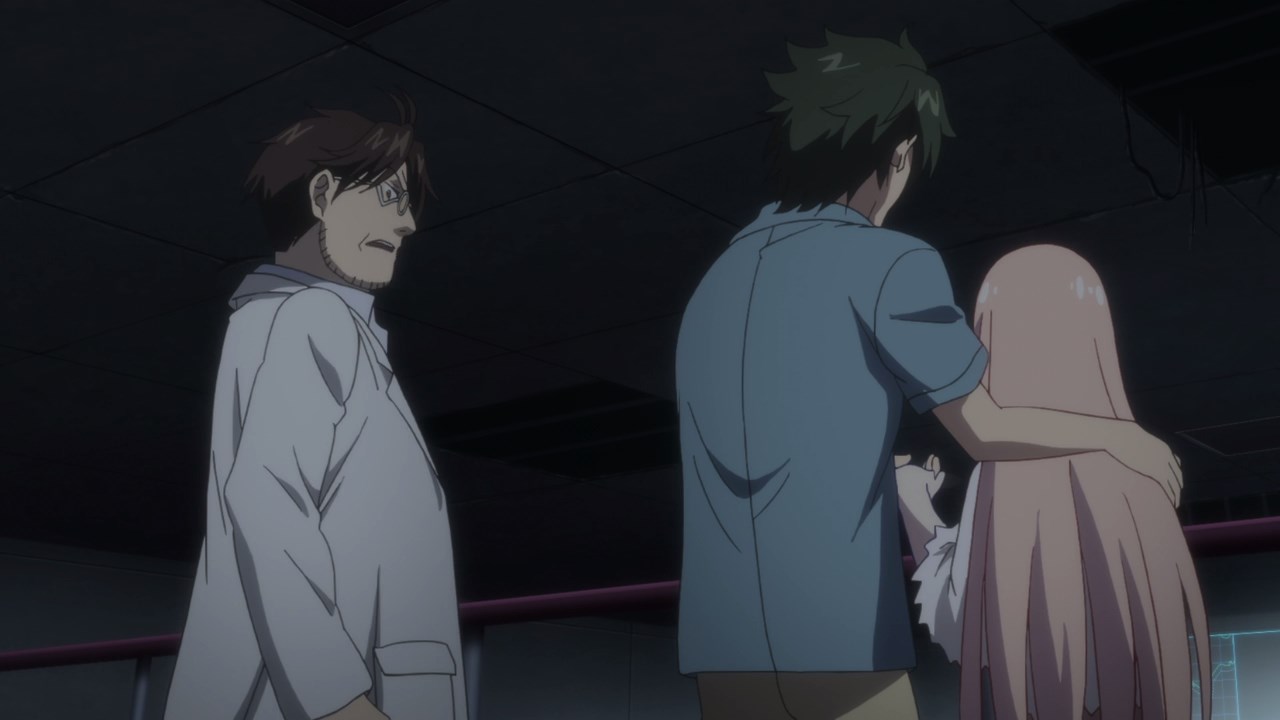 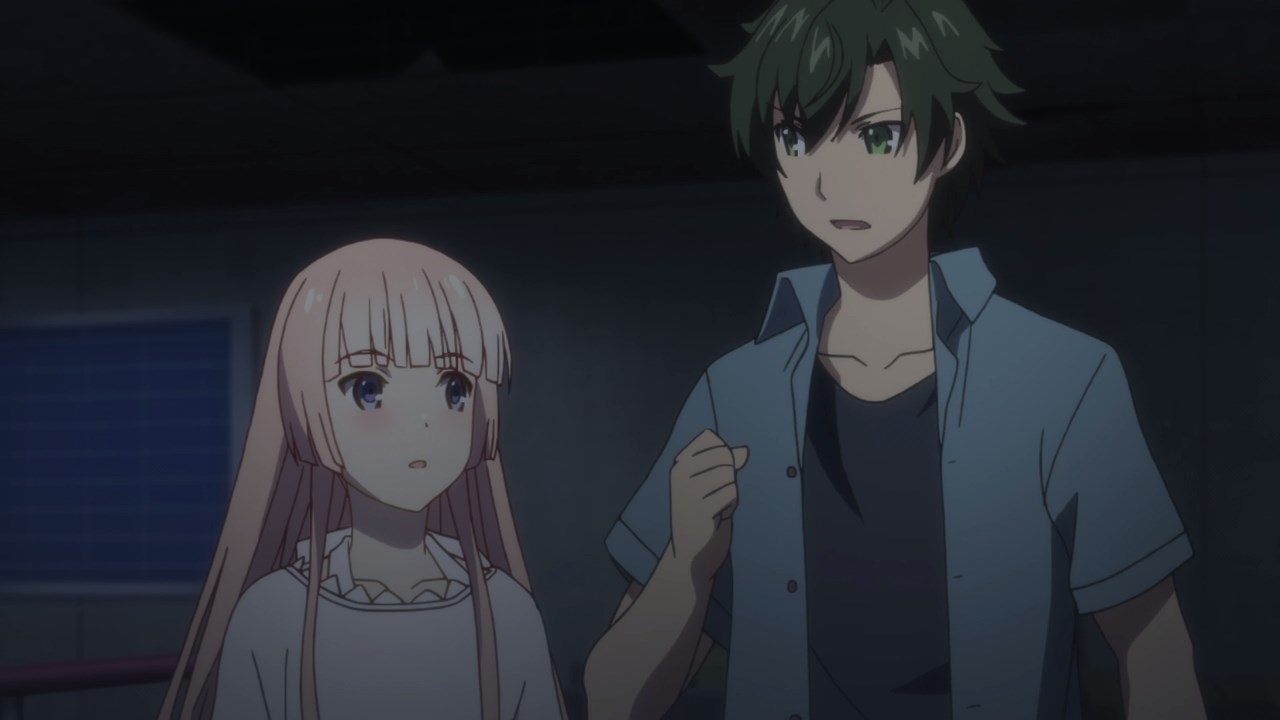 However, it appears that Kei and Gripen wants to fight against the Xi despite Yashiodori’s orders. I mean, if they can’t fend off the enemy, humanity is doomed if Komatsu Air Base is fallen.

Still, how will Kei Narutani help Gripen since he’s just a civilian who knows how to fly? Not only that, but how will the daughter plane accomodate an extra passenger since it can only have one pilot? Unless the crew modified the plane to make it a two-seater, they don’t have time to do it quickly apart from finding a suitable runway to take-off. 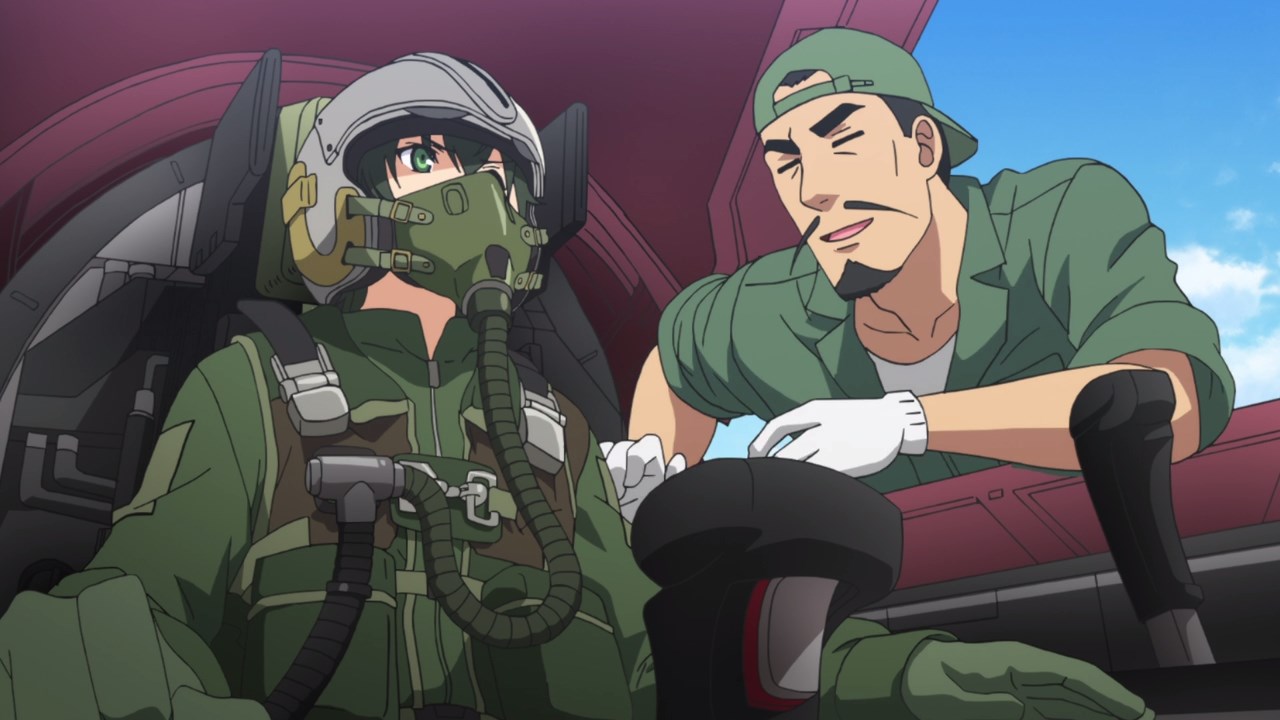 Nevertheless, they managed to modify the Gripen daughter plane to have an extra pilot as the crew members strapped Kei Narutani to his seat, ready to take-off together with the Anima. 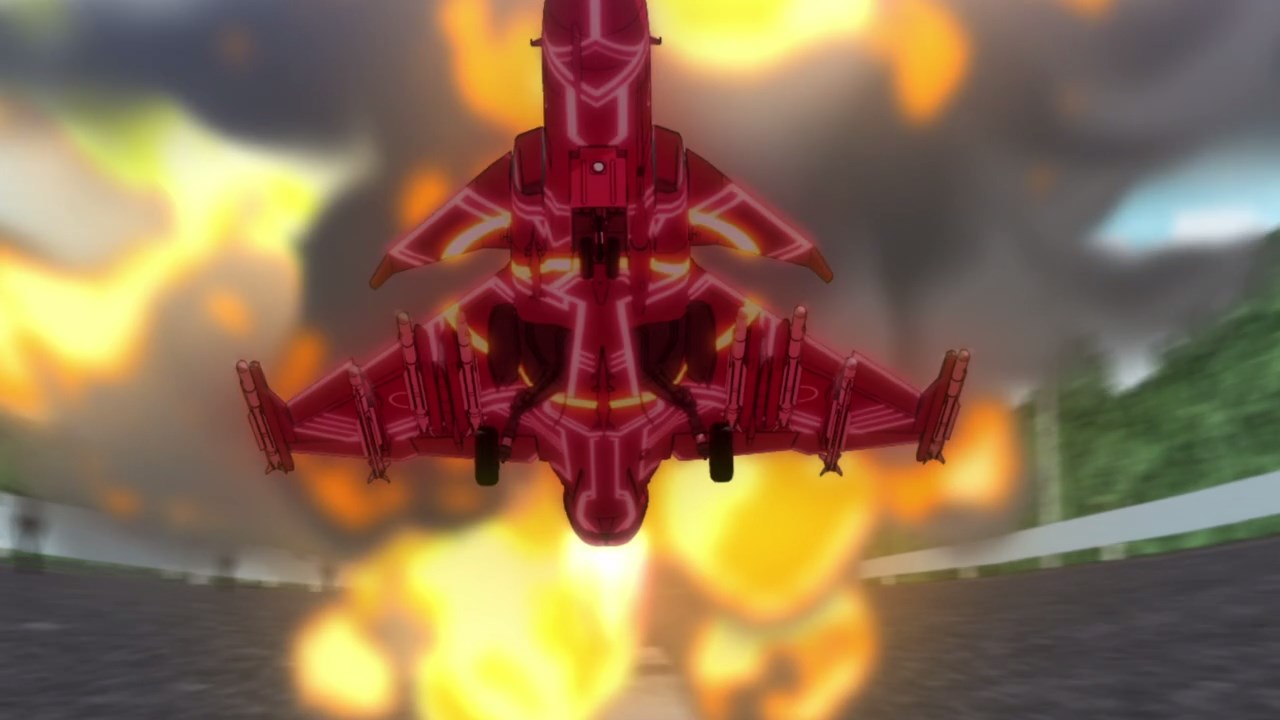 Oh, and they’re gonna take-off on a strip of highway because it turns out that Gripen was designed that way. As long as there’s a stretch of flat surface, be it a dedicated runway or a highway, the Gripen can take-off and land anywhere! 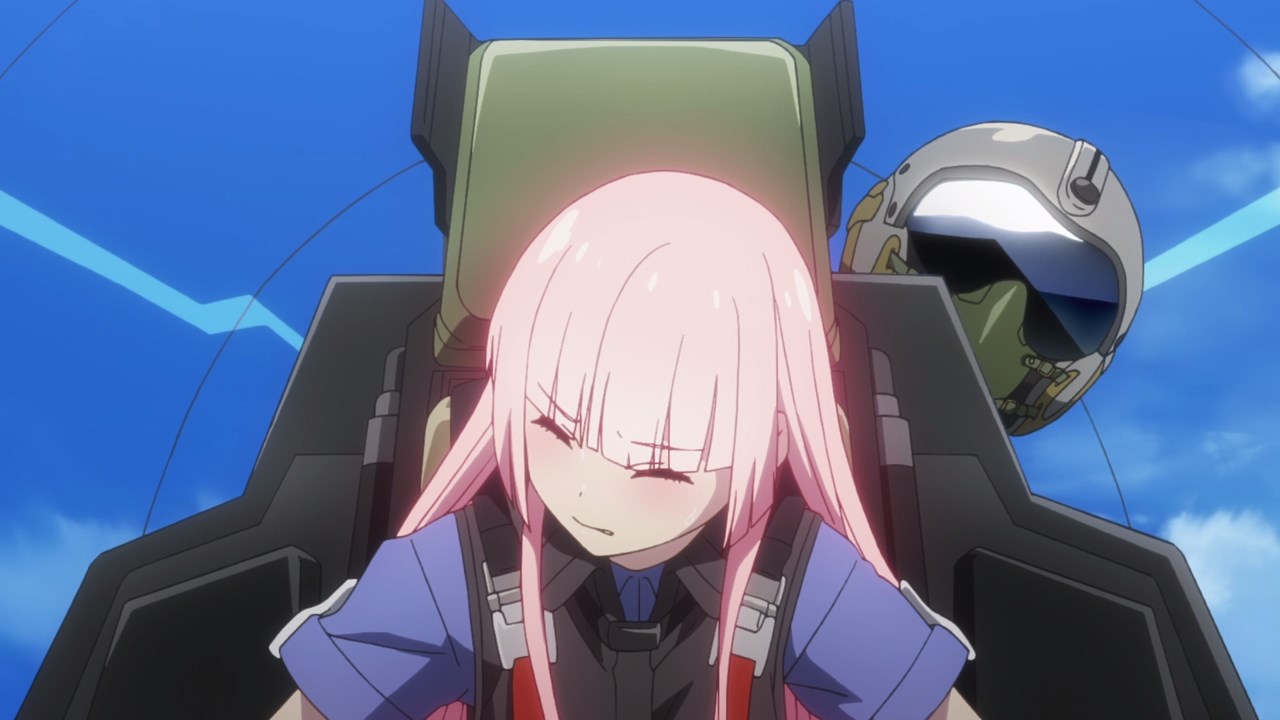 Then again, there’s the issue of interference where Gripen is being bombardment by the Xi’s jamming waves.

While she can counterattack it by relinking her brain to the daughter, it’ll take time to reestabilish the link and it’ll also be difficult when she’ll have to dodge the enemy’s attacks. 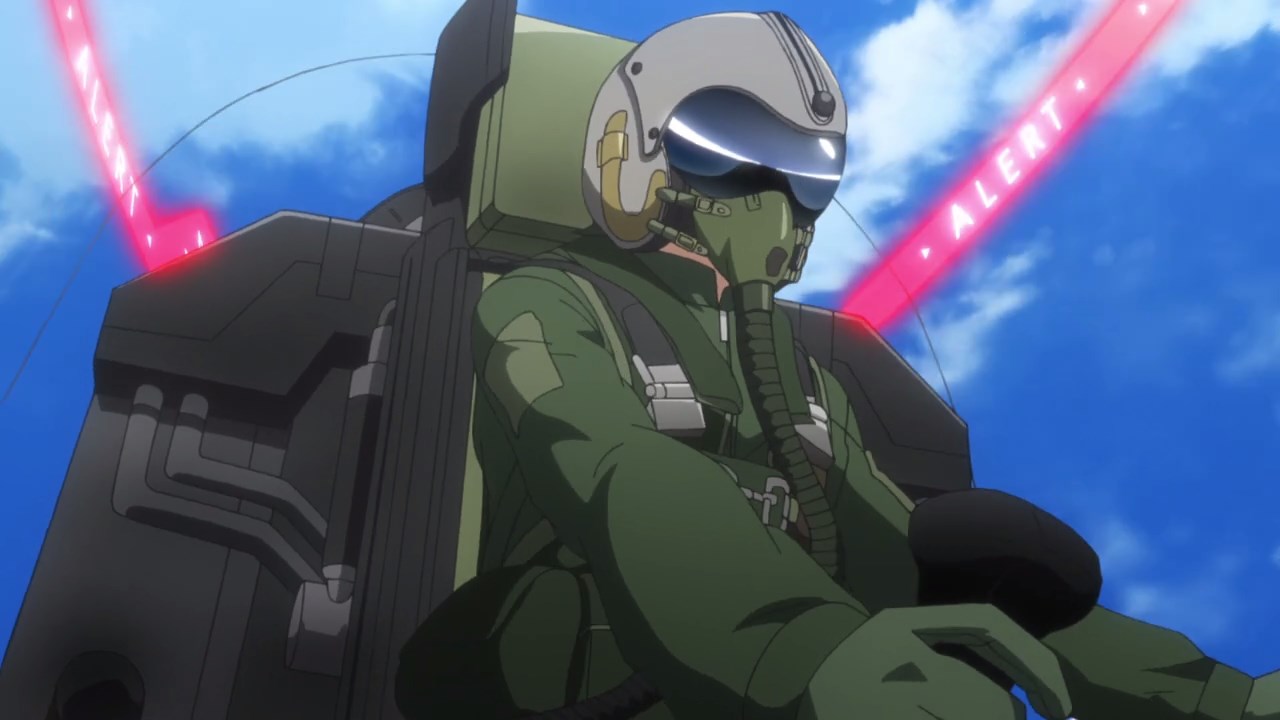 Luckily, Kei has a solution in which he’ll pilot the daughter while Gripen relinks her brainwaves to the plane itself so that the jamming effects will be nullified.

Of course, piloting a daughter compared to a normal airplane is different since the daughter is designed to withstand higher G-forces. 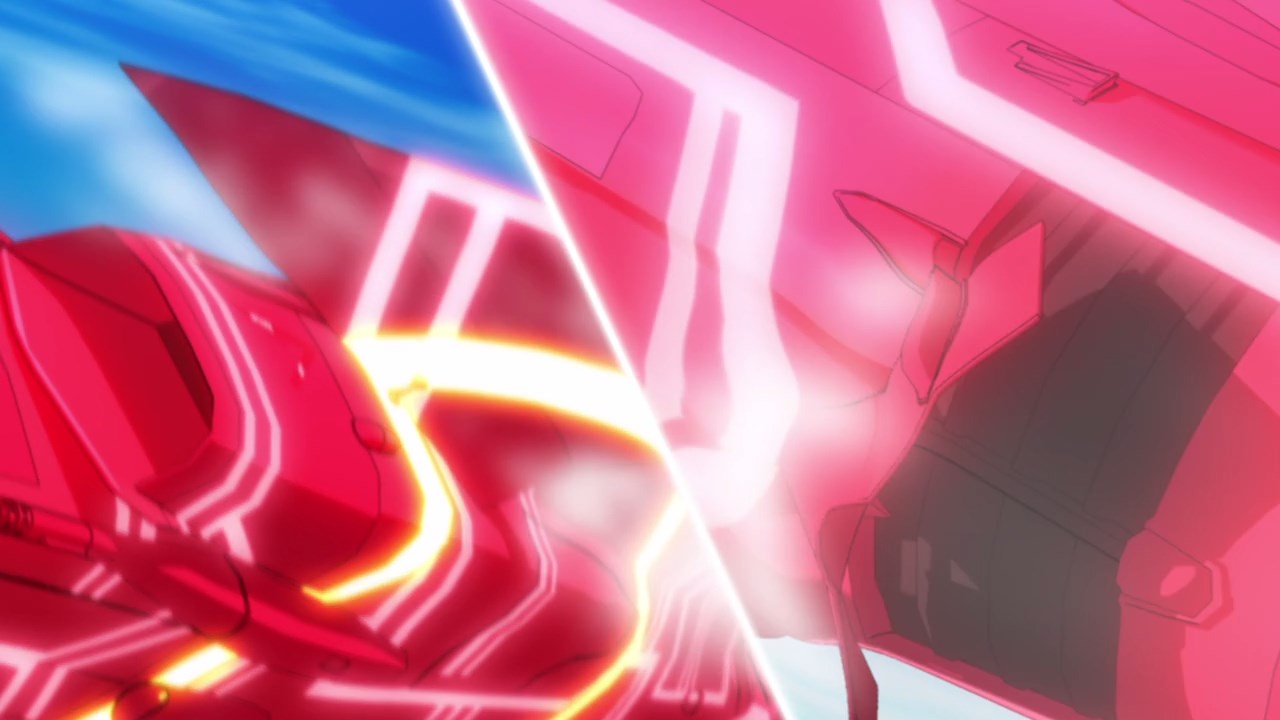 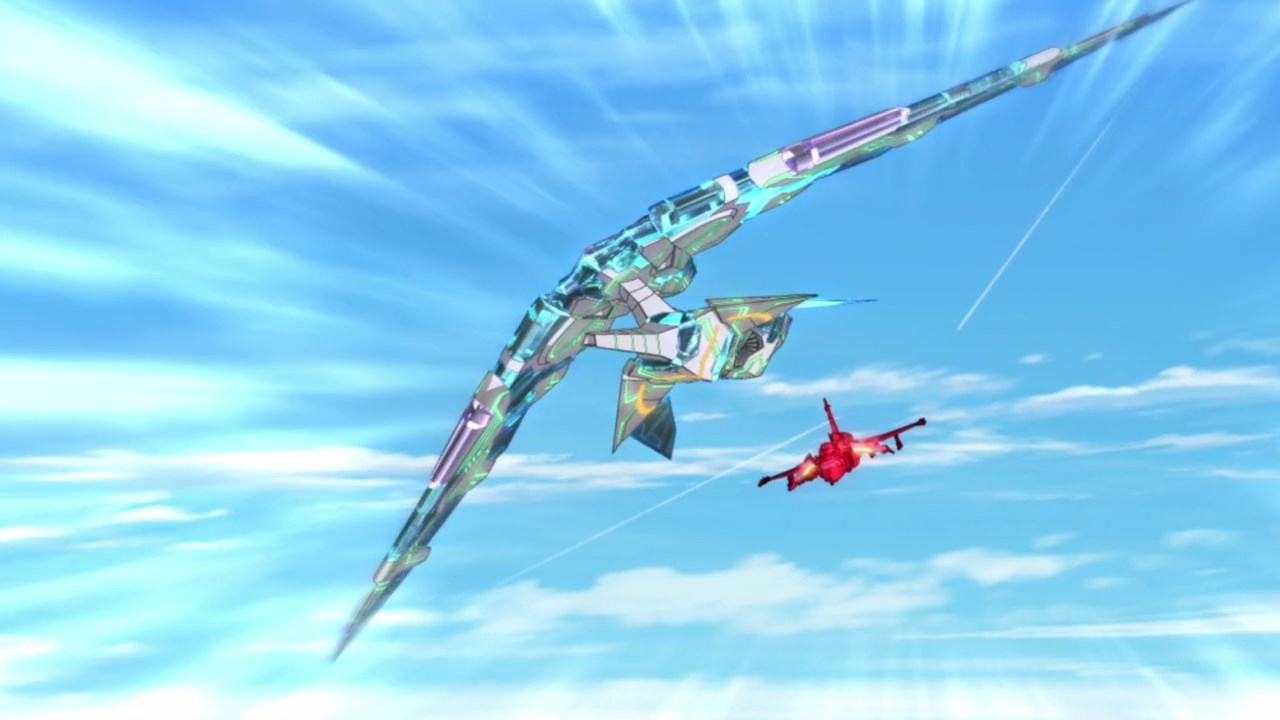 Still, Narutani is tough as he can pull impossible maneuvers like using the canards as an air brake to get behind the enemy. It’s impressive that Kei can do that but he might pass out if this continues. 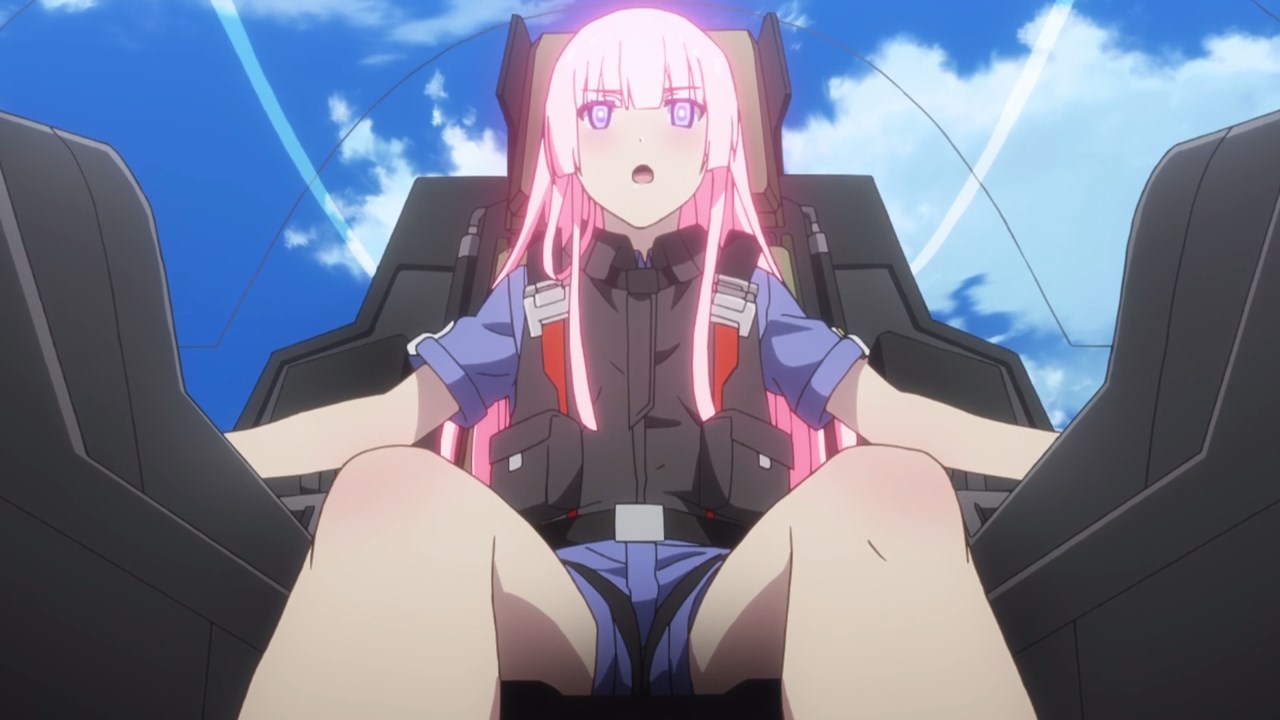 Fortunately, Gripen managed to reestablish the link between her and the fighter plane as she regains control of her daughter… 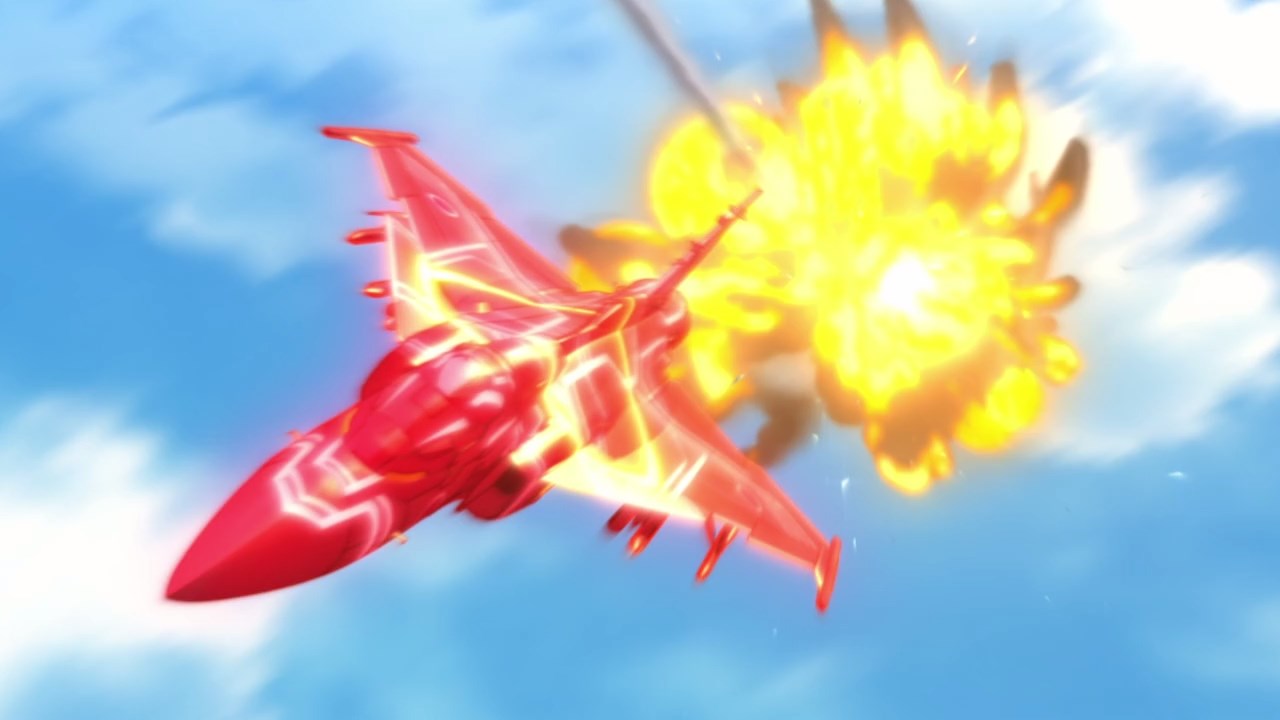 …and proceeds to wreck havoc against the Xi. And I must say that her groove is back thanks to Kei Narutani! Still, I wonder what happened to him? 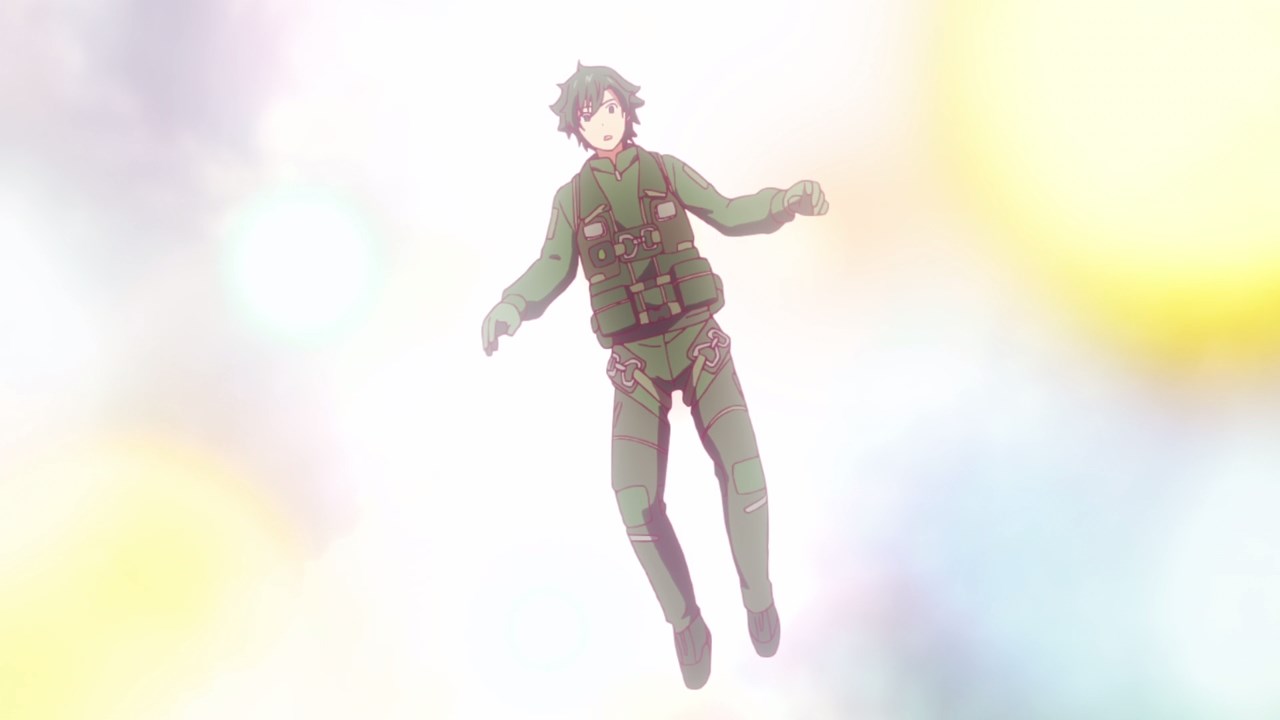 Turns out that he’s having a dream sequence where Kei is lost in this weird space. At this point, he’ll be stuck here forever in which Narutani will never wake up again. 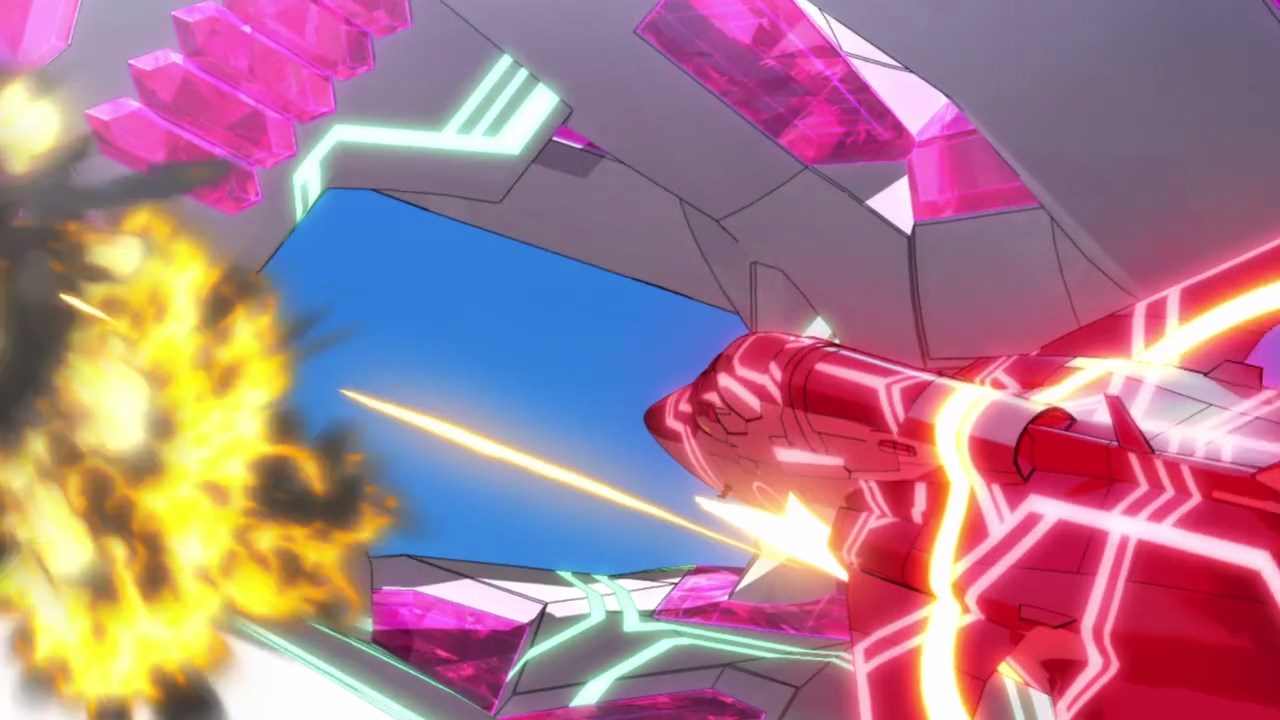 …as she proceeds to destroy the boss aircraft which coordinates the Xi’s attacks at Komatsu Air Base. 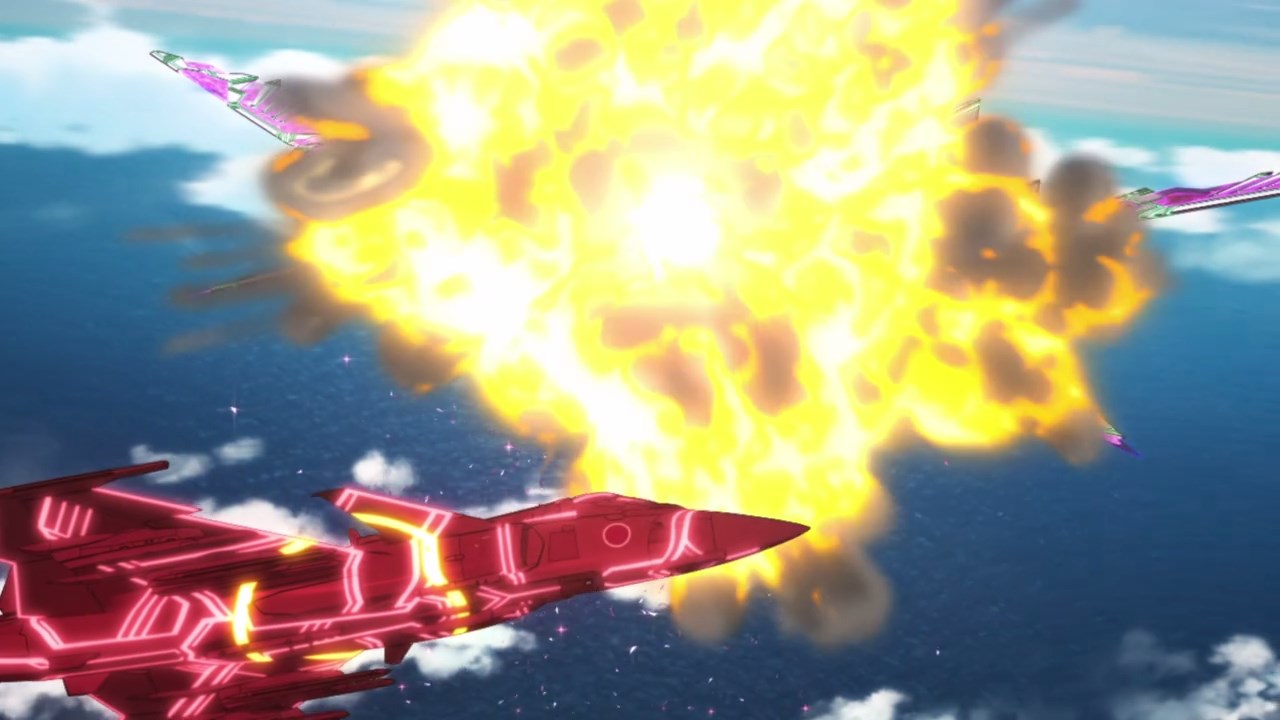 And so, the Komatsu Air Base is saved as Gripen managed to fend off the Xi by destroying their boss aircraft. Still, I fear that the higher-ups will continue to scrap her anyway.

However, my concern is Kei Narutani as he blacked-out after piloting the daughter plane and pulling those impossible stunts. 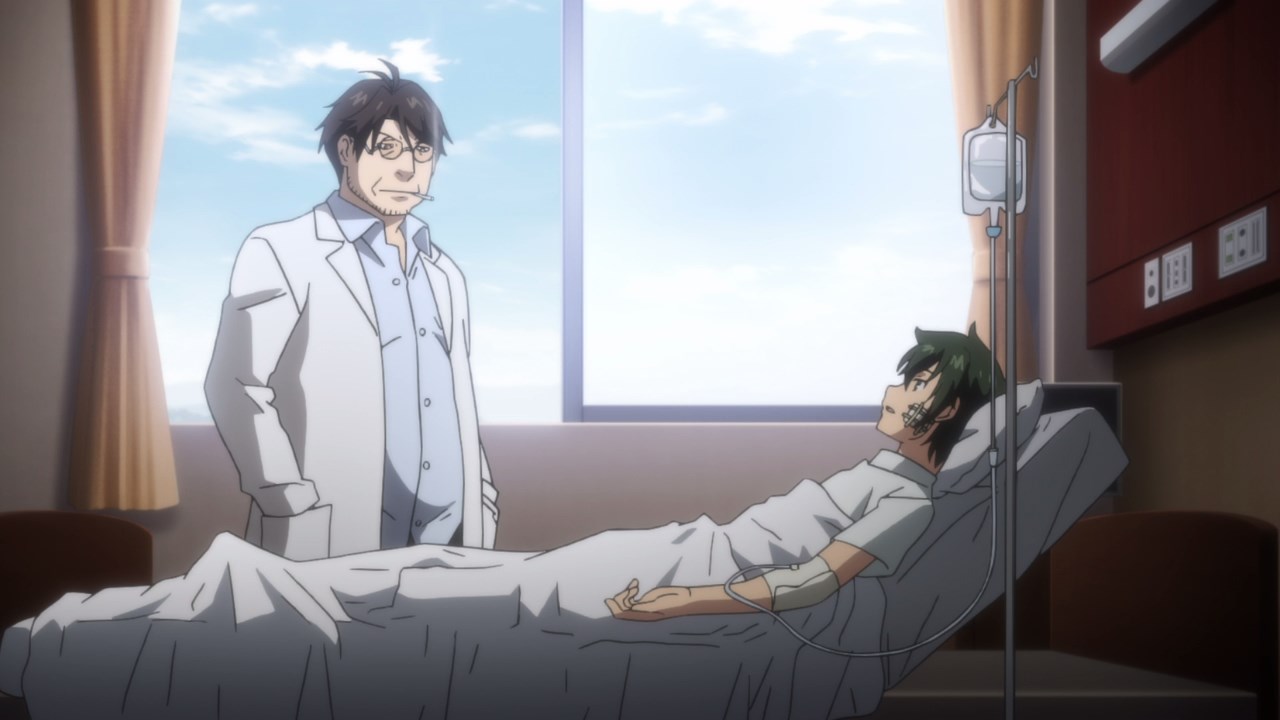 Fortunately, Kei survived the ordeal, but what about the Anima as he’s worried about Gripen? Well, Haruka Yashiodori told Narutani that Gripen won’t be scrapped at all. However, he was perplexed that Kei managed to survive piloting the daughter despite not being designed for normal pilots to use.

But at the end of the day, what’s important is that Kei Narutani survived and Gripen is spared thanks to her efforts of pushing the Xi away from Japanese airspace. In any case, I’ll see you next time!