Posted on February 8, 2019 by benigmatica 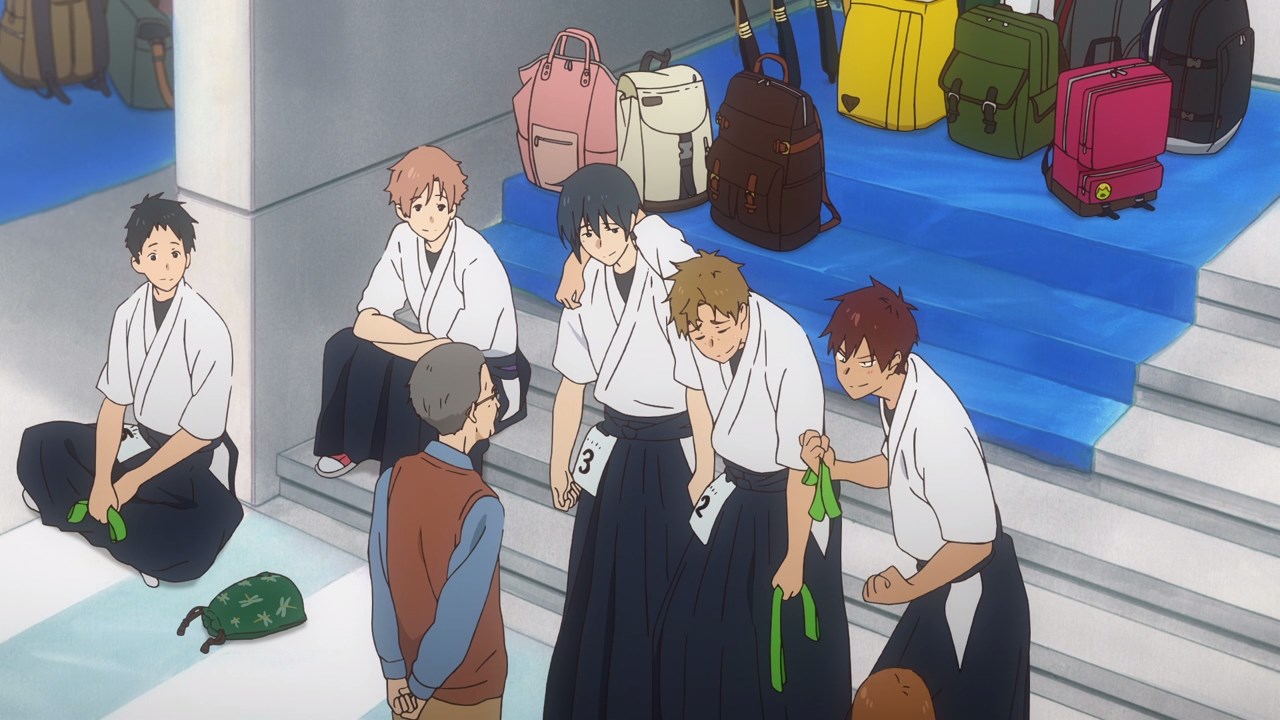 Hey everyone, it’s the final episode of Tsurune where Kazemai High School’s archery club are now at the finals where they’ll await their opponents. And while Tomio Morioka gives these boys some words of encouragement… 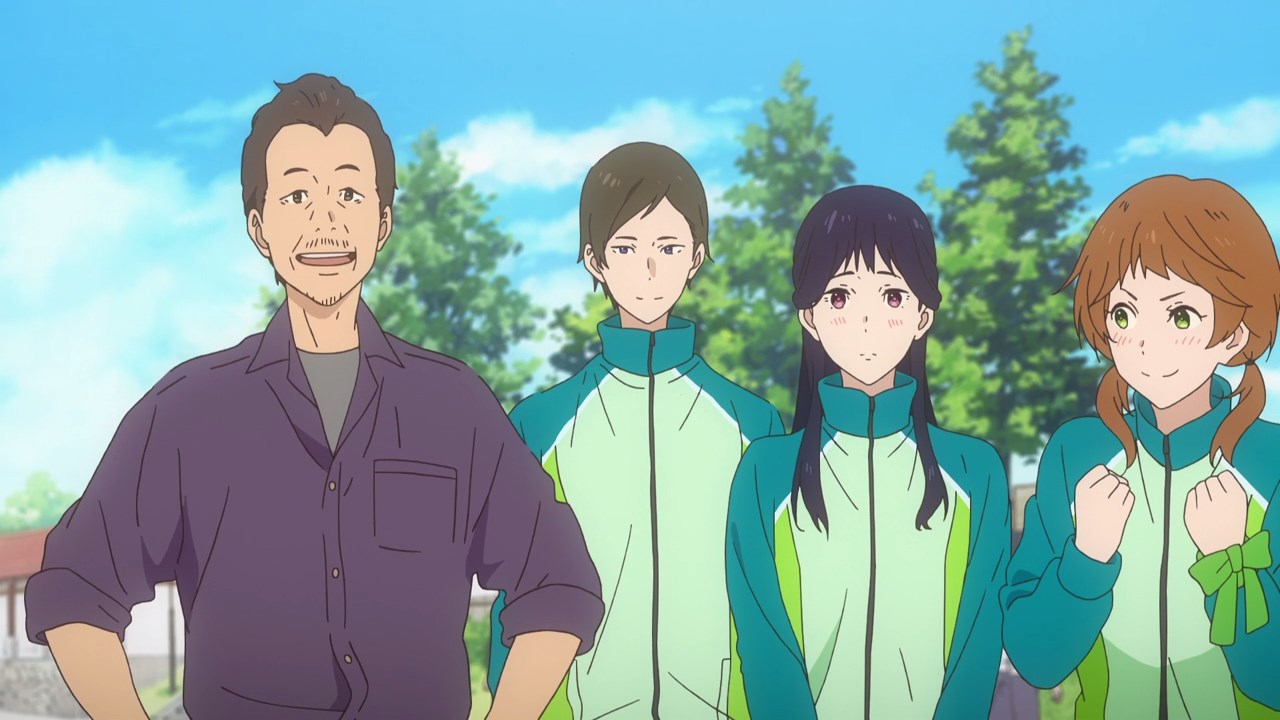 …the female members such as Rika Seo, Noa Shiragiku, and Yuna Hanazawa are here to cheer them on. Heck, even Nakazaki-san is here to support the boys.

However, it appears that Minato Narumiya and the rest will face Kirisaki High School as they’re qualified for the finals. 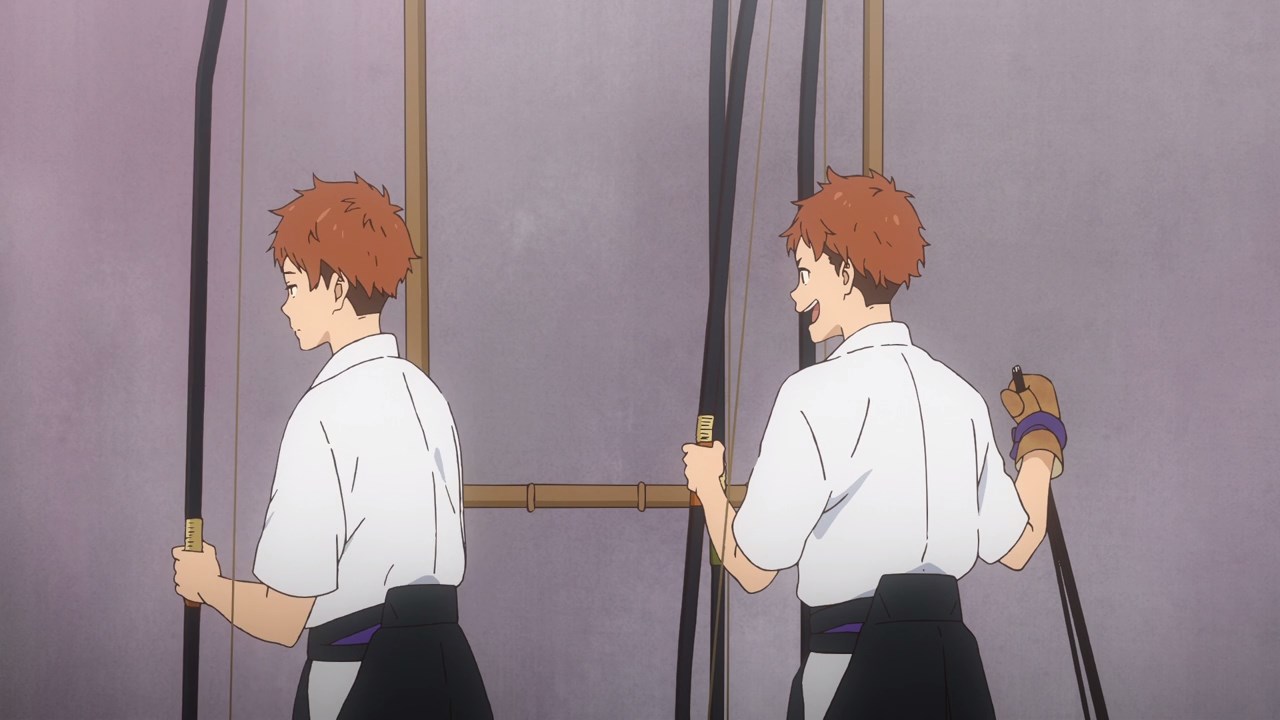 But speaking of Kirisaki, despite being the favorites, some of its members are having trouble like Manji Sugawara who is starting to develop target panic.

Then again, Senichi told Manji to knock if off as they prepare to win the national competition. 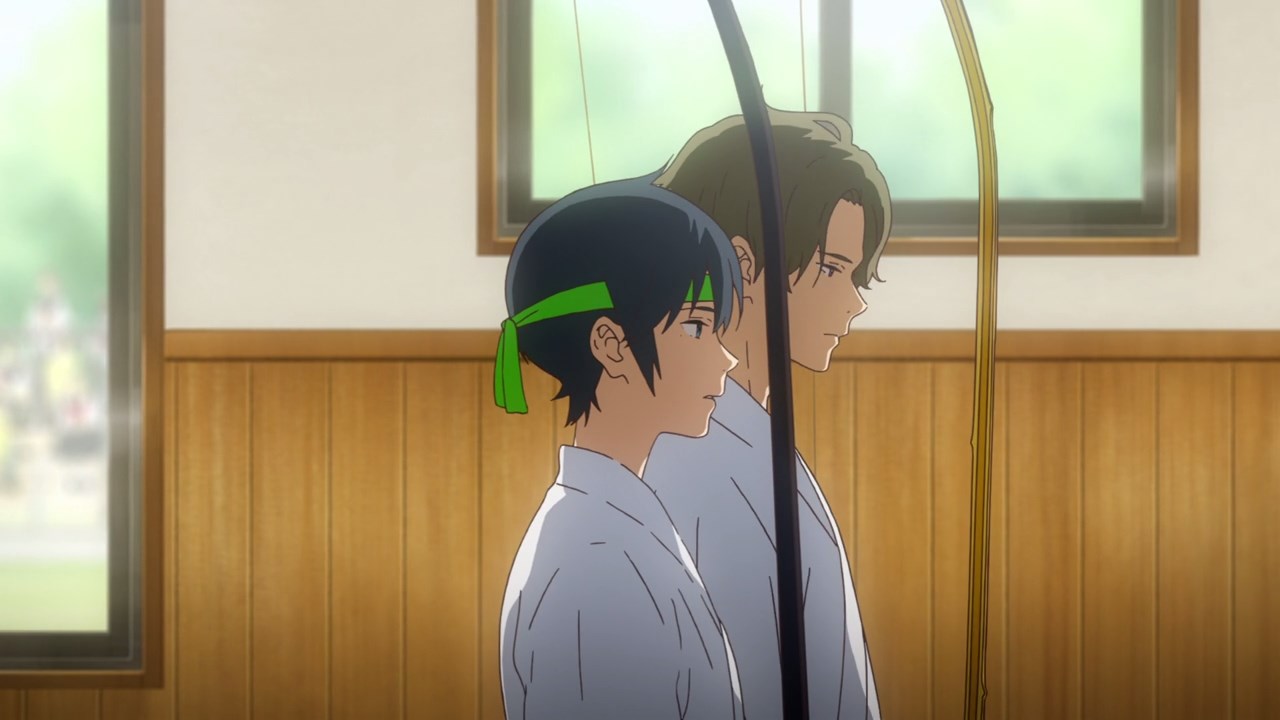 However, Seiya replied that he’s doing kyudo with him because they’re teammates after all. There’s no other explanation. 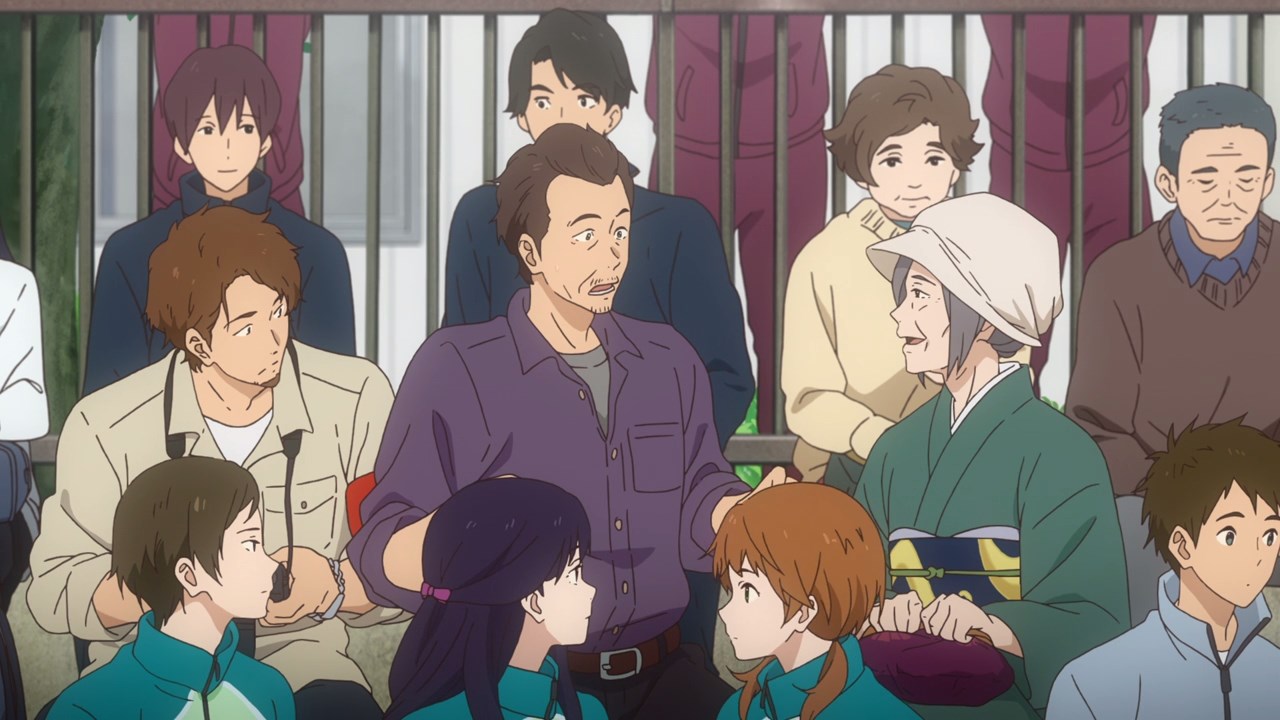 One last thing, it appears that Saionji-sensei will join the female club members, Nakazaki, and Ren Takigawa as they’re here to watch the final match between Kazemai and Kirisaki. 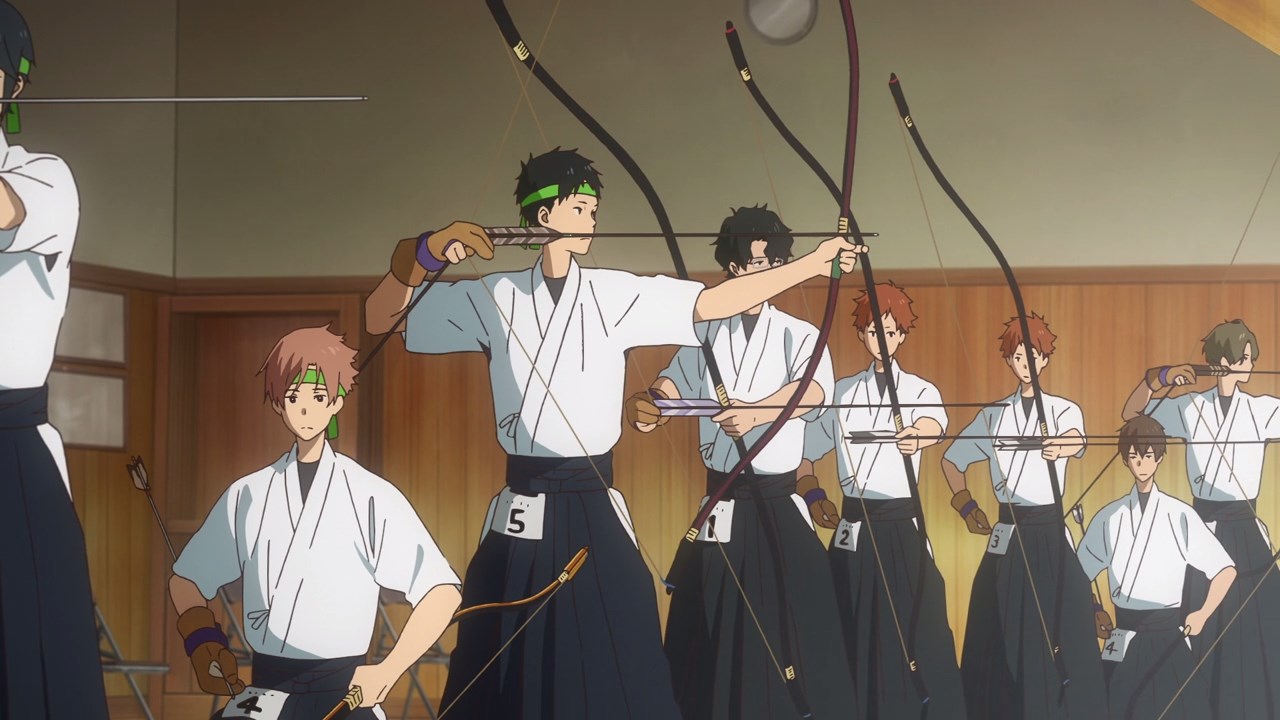 For one, the odds are against Kazemai High School as Kirisaki High School are the favorites to win the competition due to having two veteran players and three exceptionally strong newcomers, especially Shuu Fujiwara. 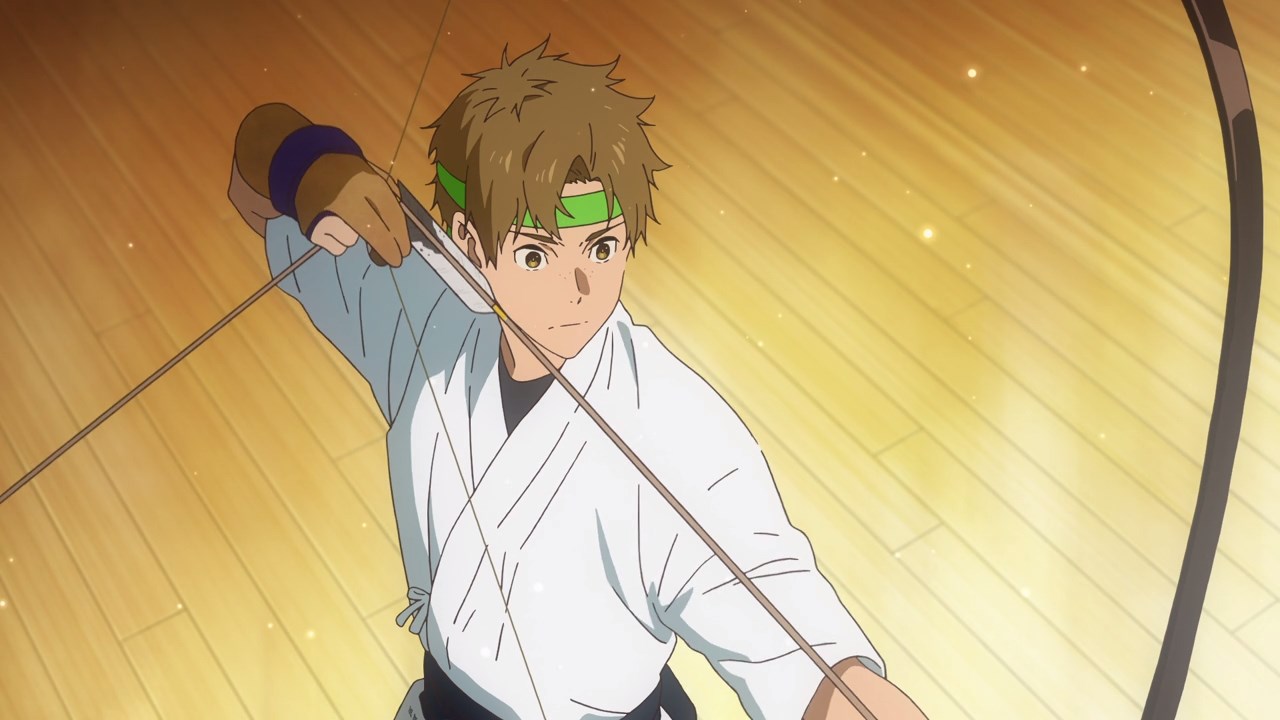 With that said, let’s get onto the match itself as Kazemai High School is having trouble where Ryohei Yamanouchi fires his arrow… 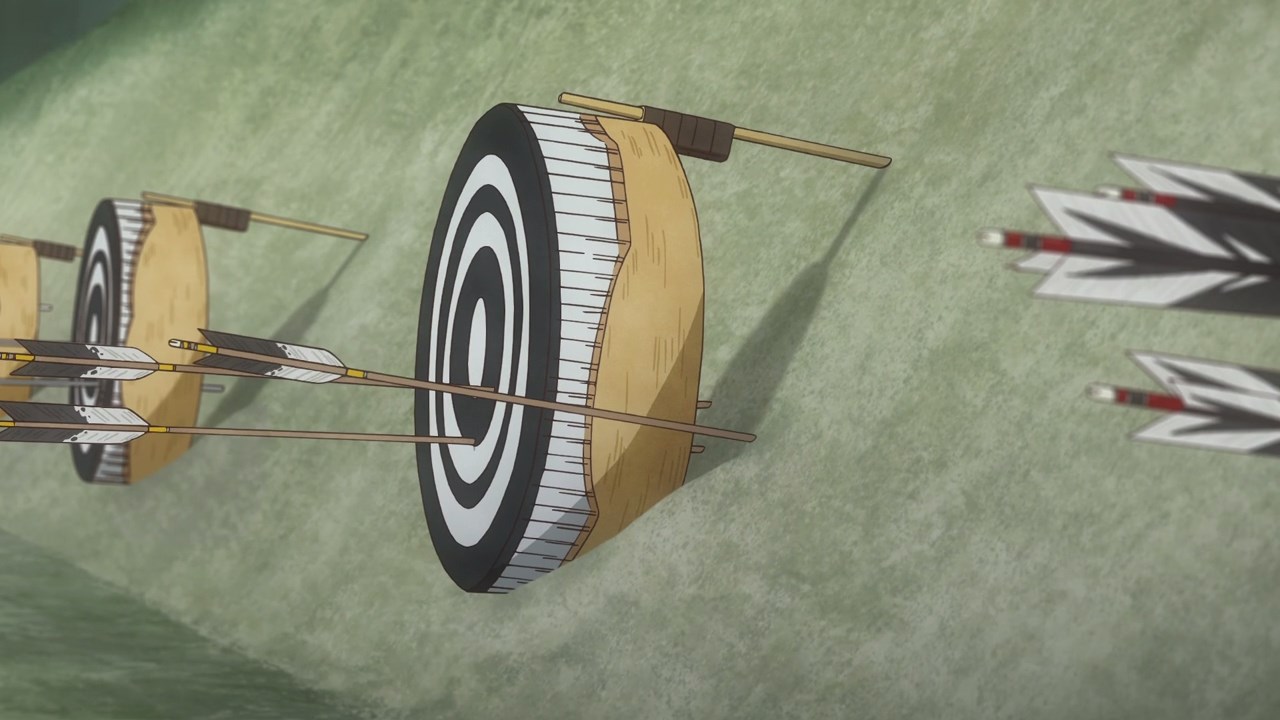 …and misses. At this point, his team will lose as Kirisaki High School continues to land shots for every arrow they fired. 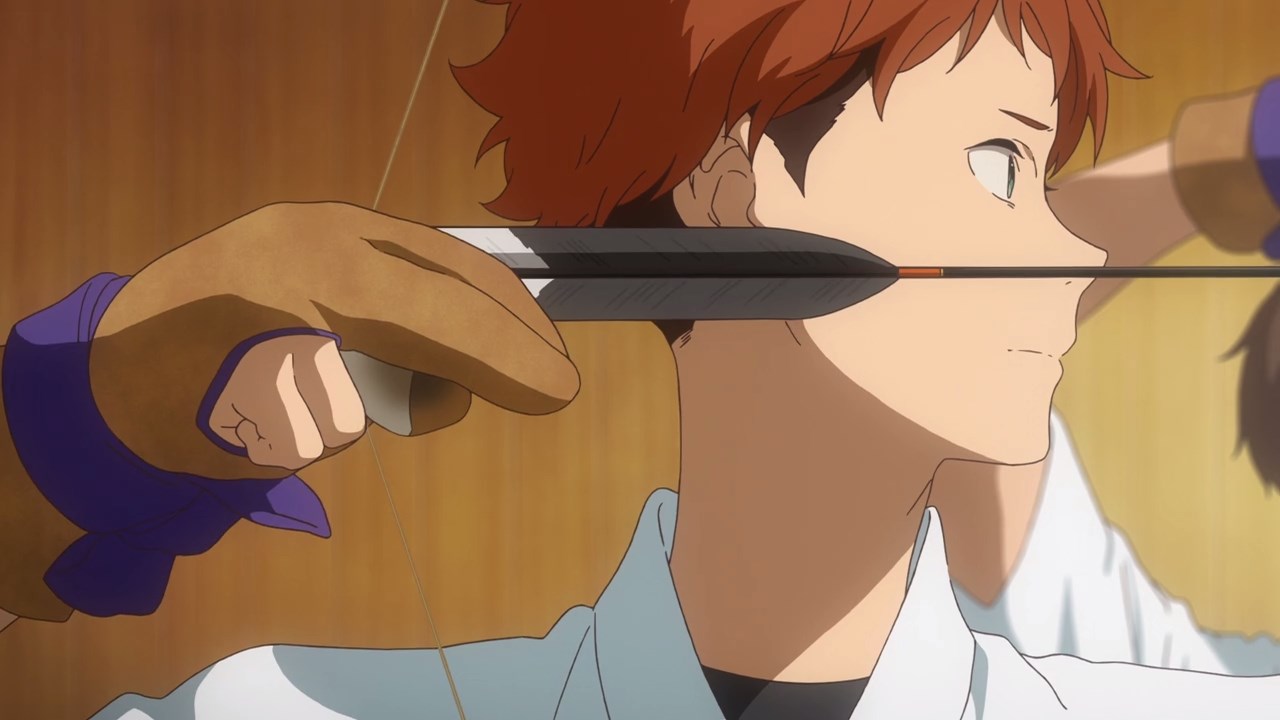 But then, Kirisaki High School hit a setback when Manji Sugawara fired his arrow too early… 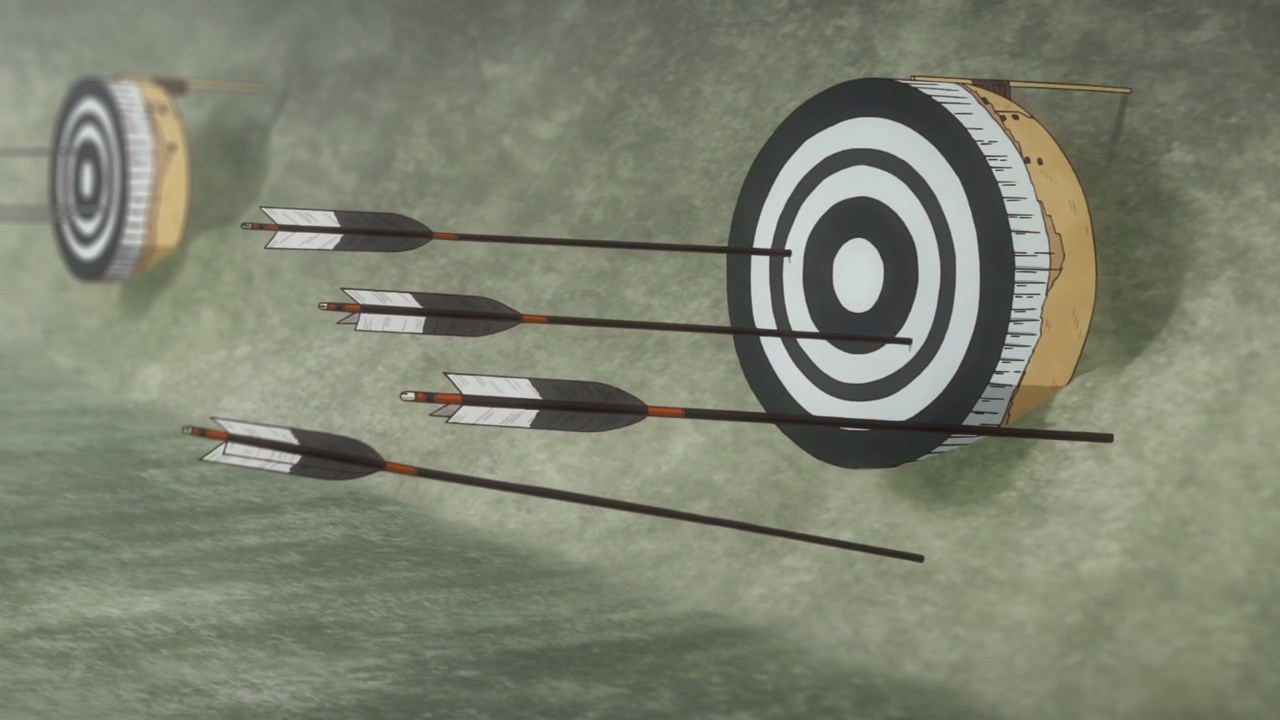 …which misses his target. It appears that Manji is getting target panic in the middle of the match and while Senichi jokes about it, his twin is suffering from it. 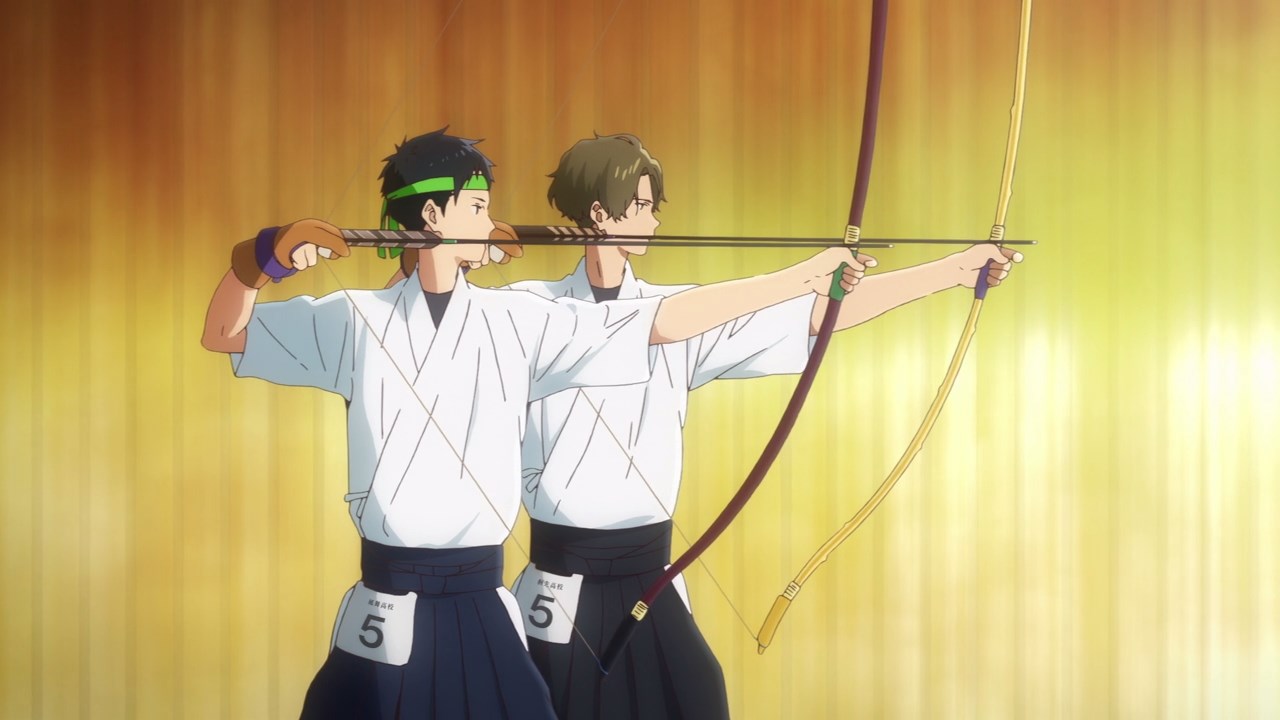 But that leaves both Minato Narumiya and Shuu Fujiwara to fire their arrows to determine whose team reigns supreme at the nationals.

The only thing I pray is that Fujiwara misses while Narumiya successfully landed his shot. 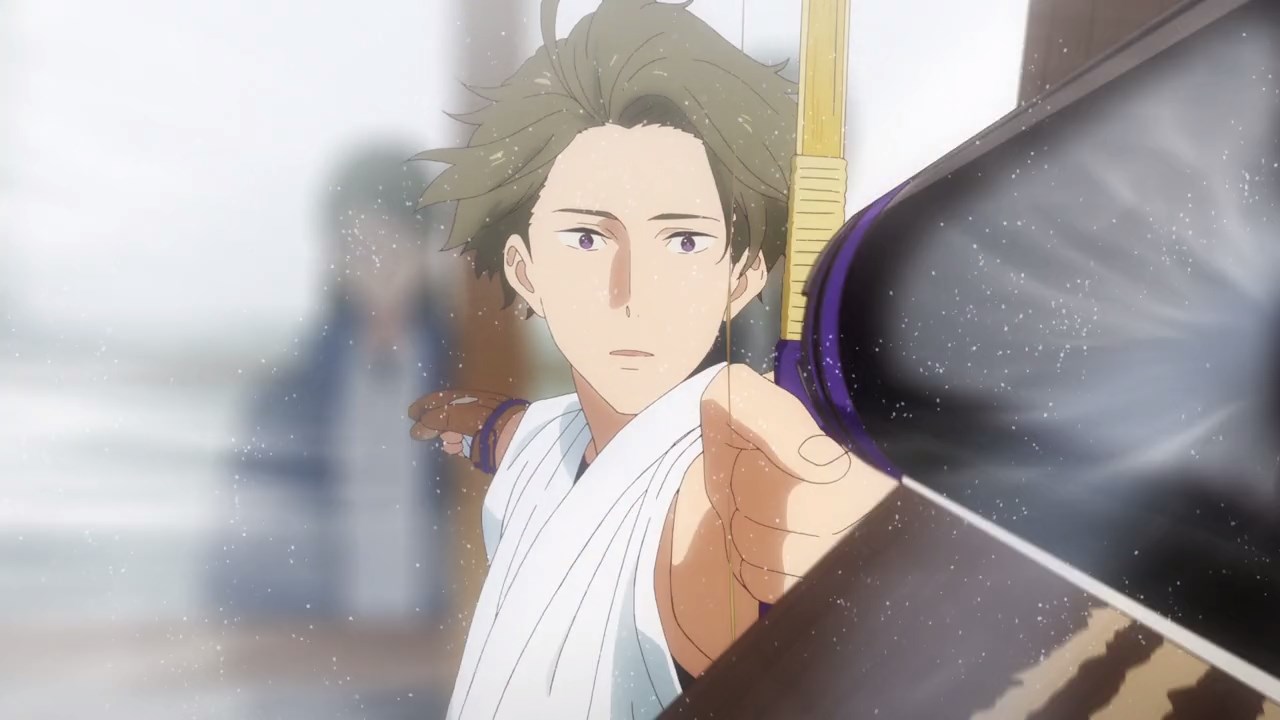 And so, Shuu Fujiwara gracefully fires his arrow, ensuring that he’ll hit his target to secure the win for Kirisaki. 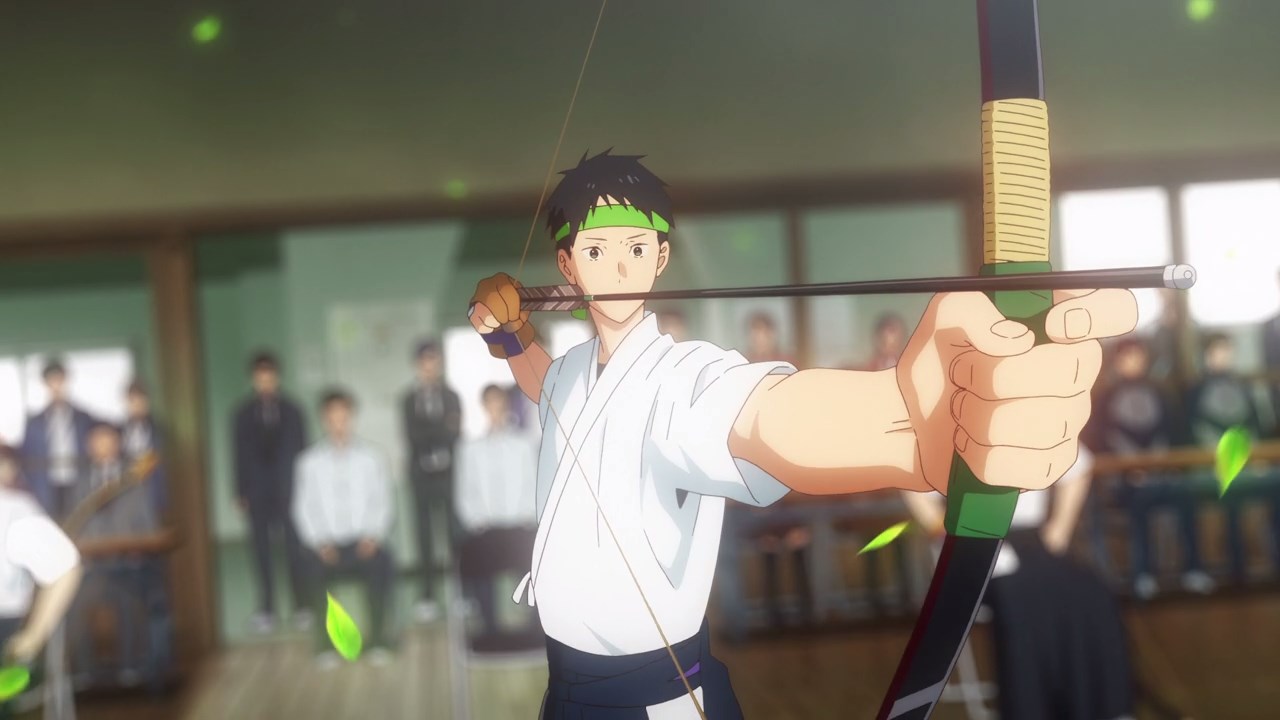 Of course, there’s Minato Narumiya where he’s in his top form thanks to the support that Minato received from his teammates. 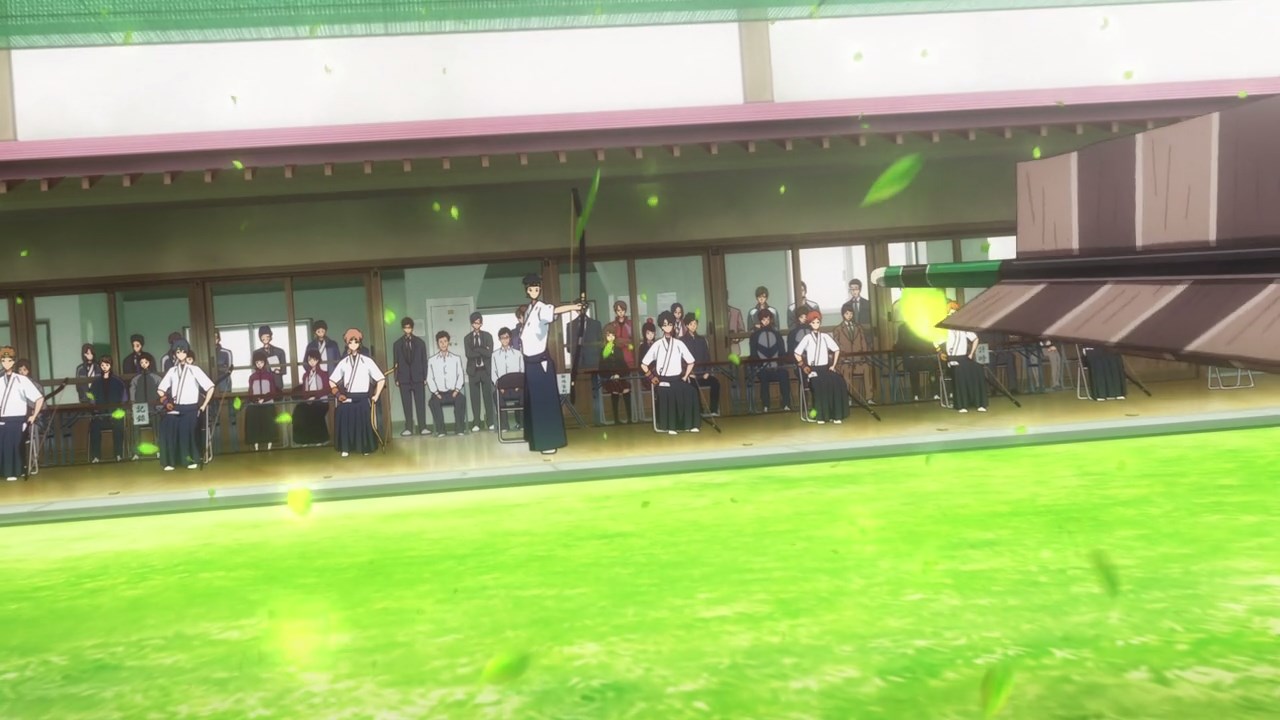 In any case, Narumiya fires his arrow where this shot will determine if his team will emerge victorious or not.

But still, Minato got better now that he has friends to help him, as well as Masaki Takigawa who brought him back from his target panic. 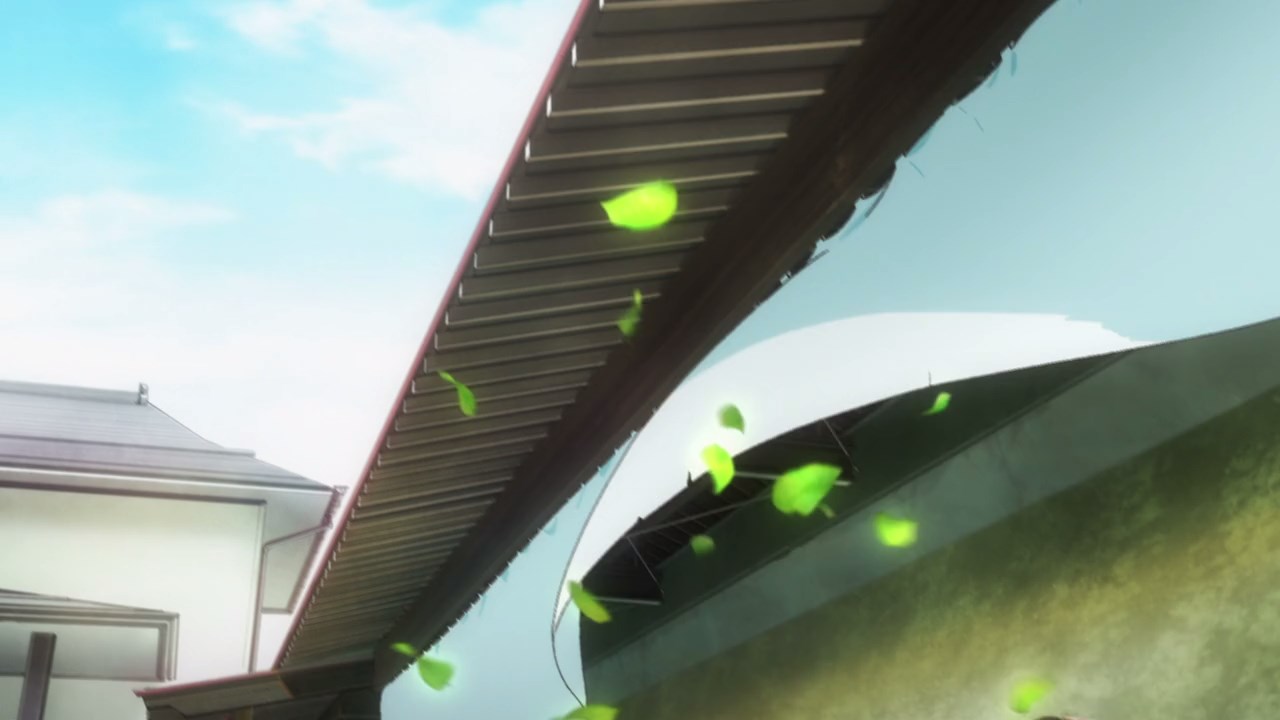 And so, the arrow lands its target which creates a graceful gale that emanates around the kyudo hall. 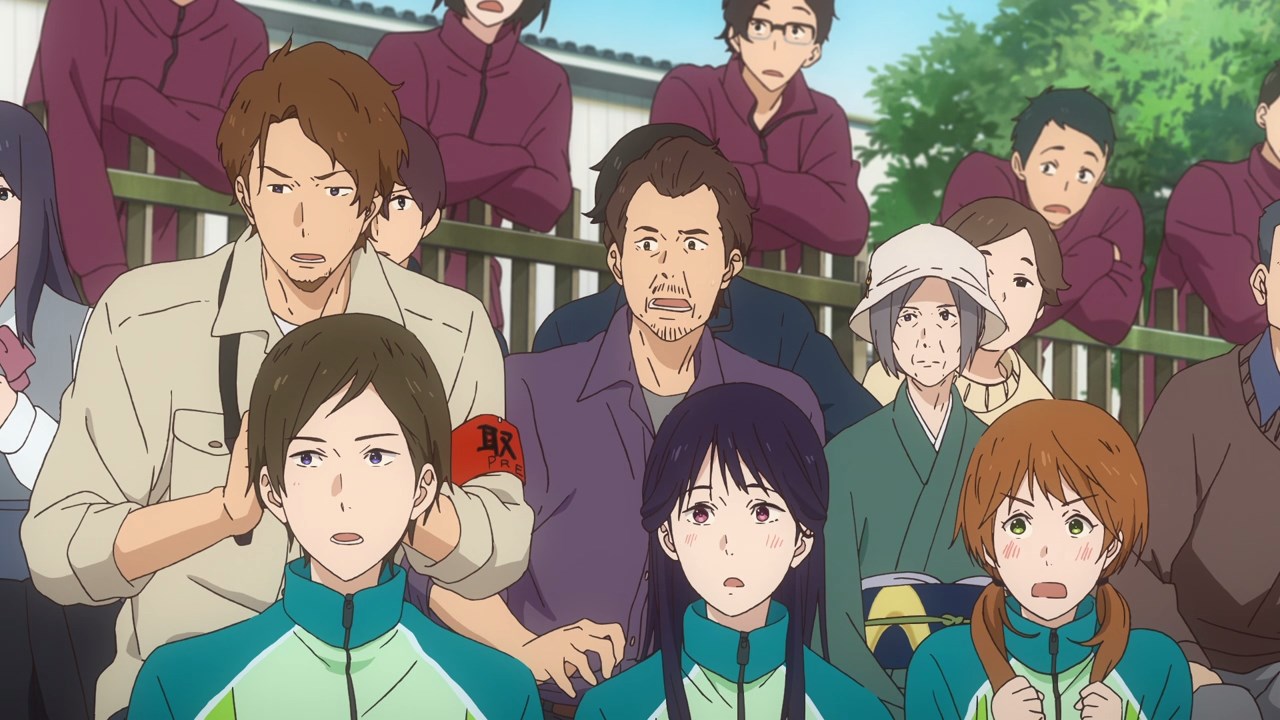 Everyone looked at the target, hoping that one team will claim victory over the other. Whose team emerged victorious if you may ask? 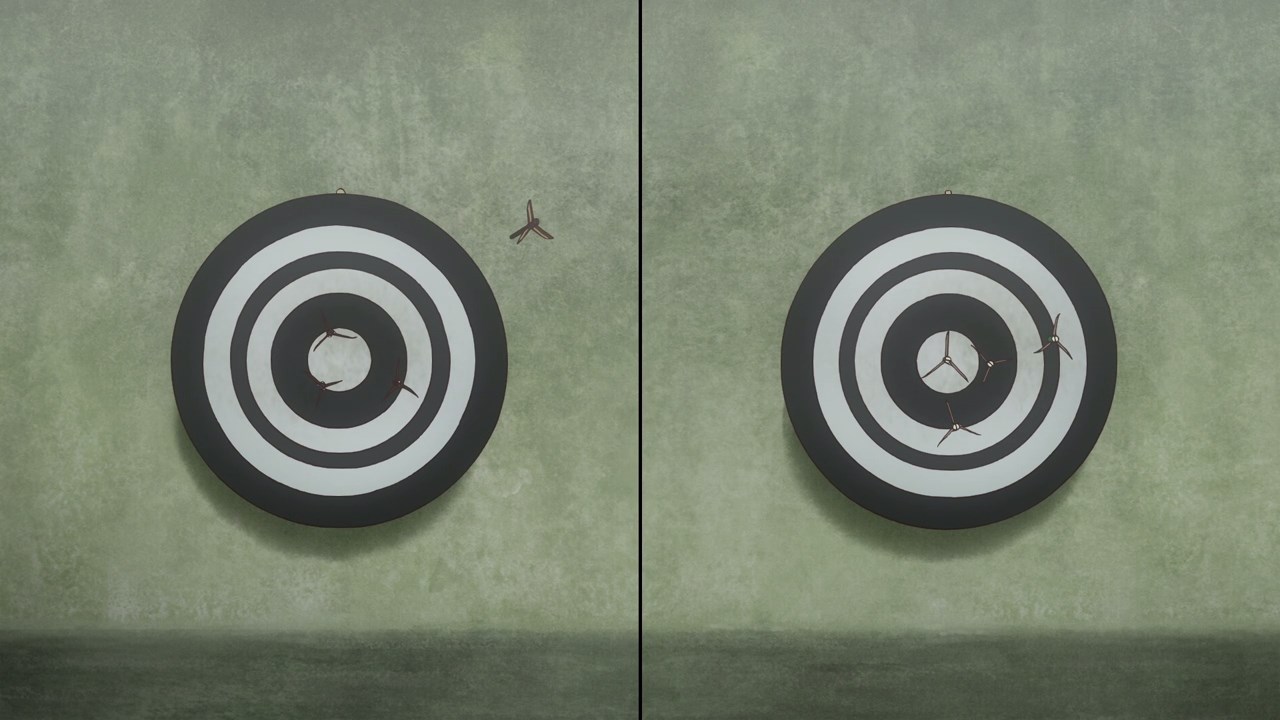 Well in the most surprising thing that happened at the national tournament, the favorites Kirisaki High School missed its target while Kazemai High School made a bullseye.

And with that, the national tournament ended with Kazemai High School declared as the winner of the men’s team competition. It was an upset victory over Kirisaki which will be recorded in the history books! 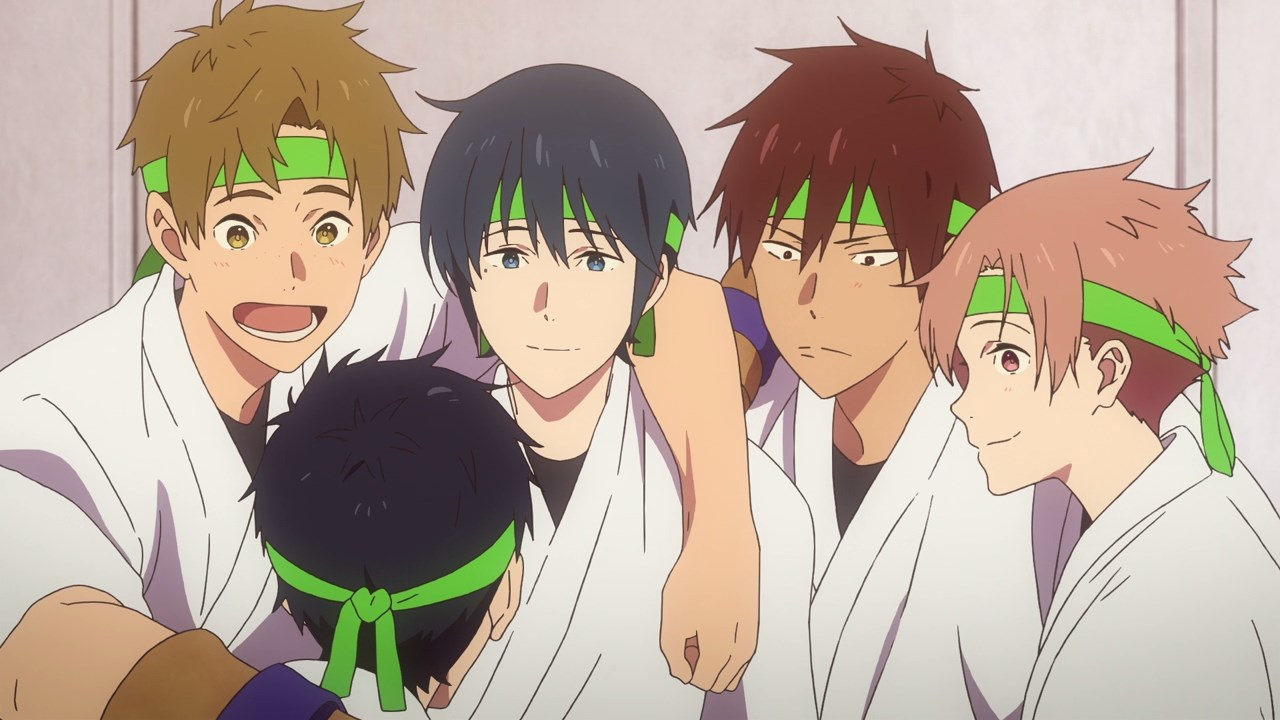 But for Kazemai however, it was a jubilant celebration where the boys felt a sigh of relief while basking in the glory of their success. 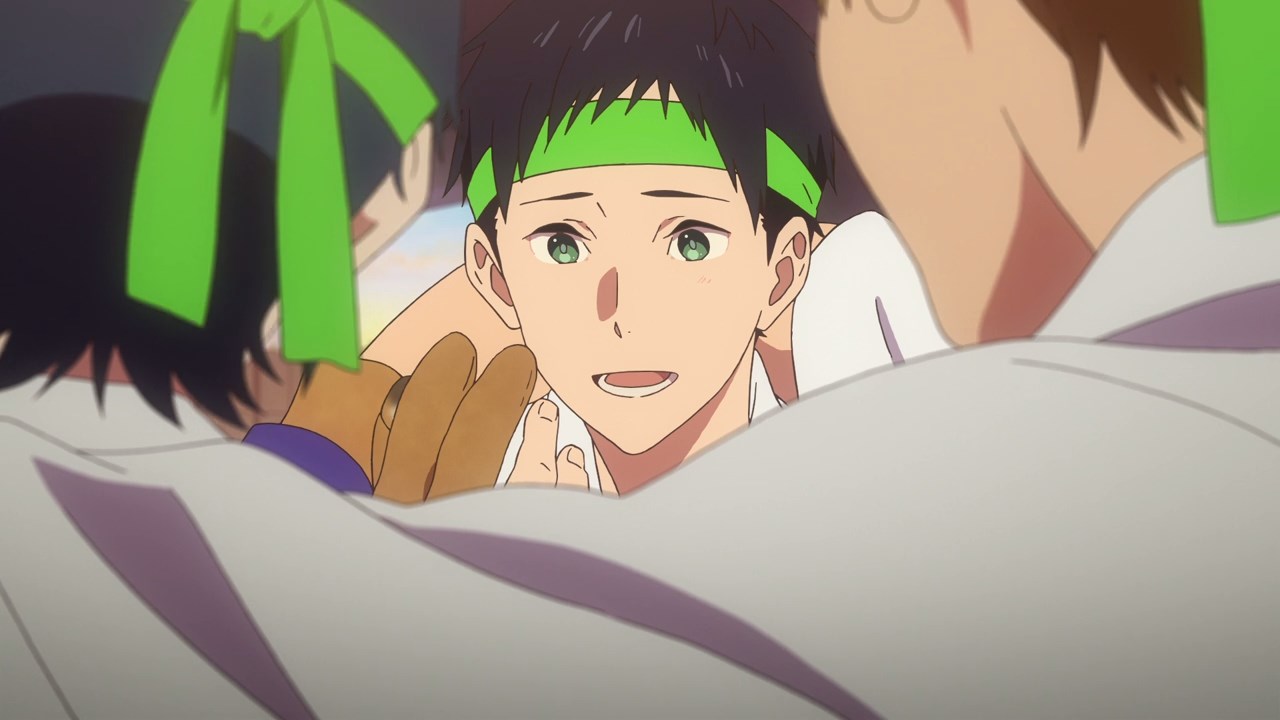 But you know what, I give props to Minato Narumiya for pulling off a clutch move to secure a victory as he got over from his target panic. Well, not quite since he still has it, but Minato got better of it! 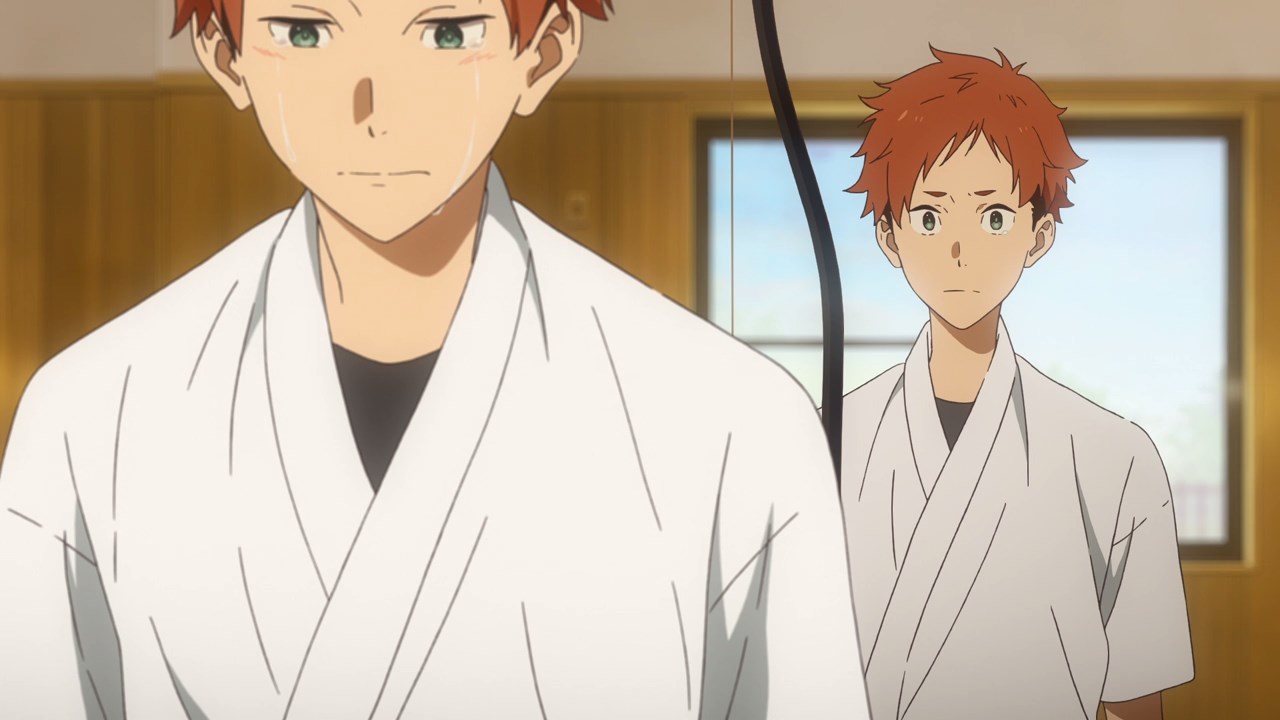 As for Kirisaki, it appears that they face a major setback. It’s unfortunate that both Hiroki Motomura and Daigo Sase will graduate without a win at the nationals, but the likes of Shuu Fujiwara and the Sugawara twins are feeling dismayed by their loss, especially both Senichi and Manji. 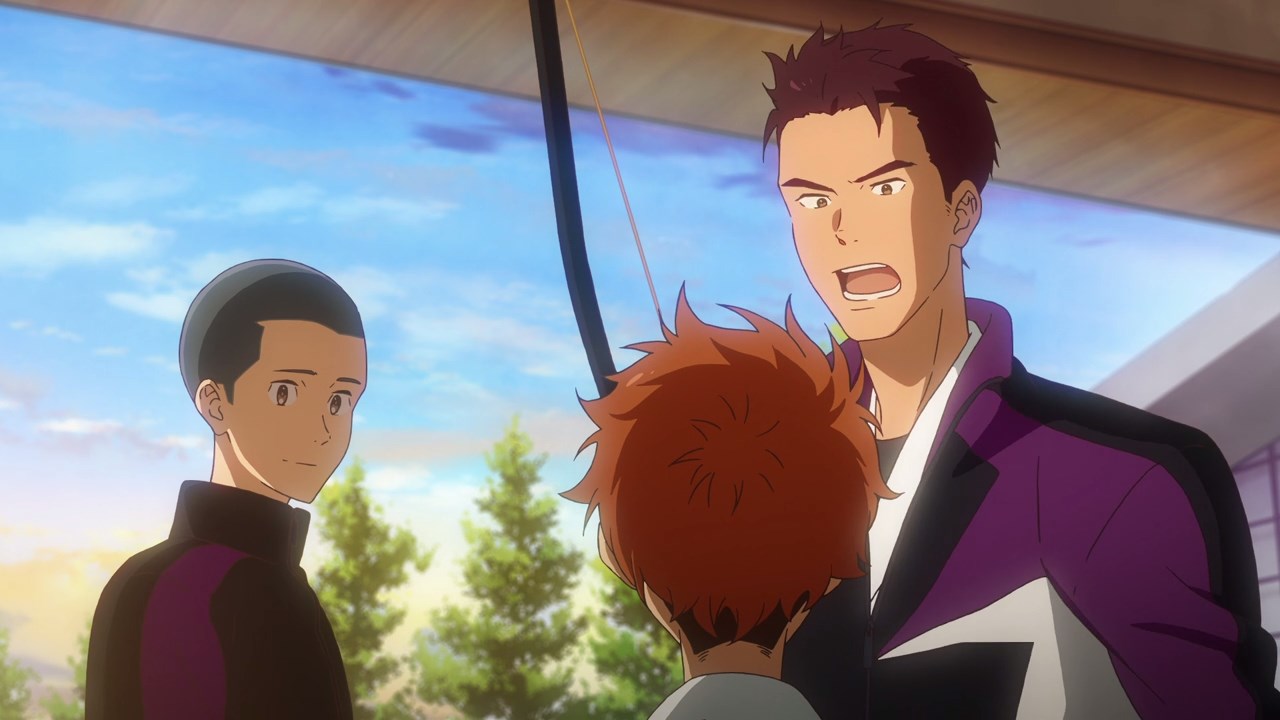 However, their fellow club members told them to stand proud and hold their head up high for what they achieved on their first year in competition. After all, there’s next year and Kirisaki will bounce back from their defeat! 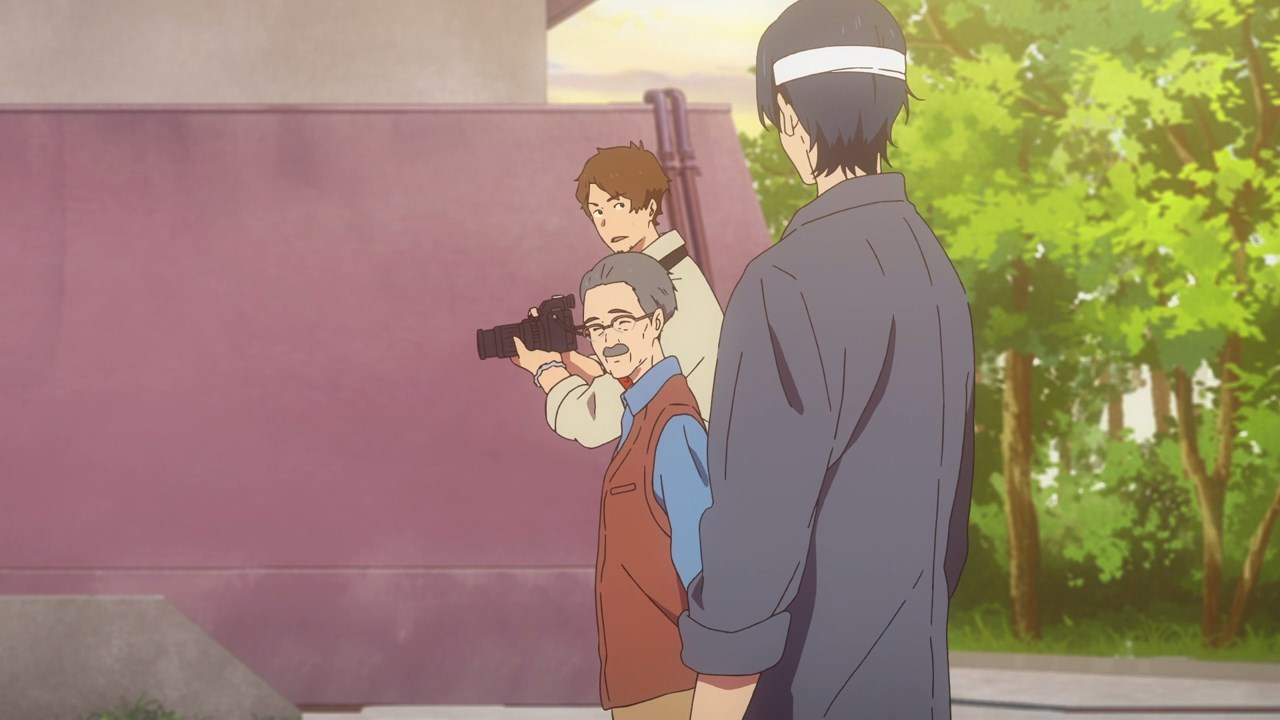 One last thing, here’s Masaki Takigawa as he snuck out from the hospital to see the final match.

While Ren is worried that his little brother’s injuries might get worse, Masaki doesn’t want to have any regrets on not watching the national tournament. 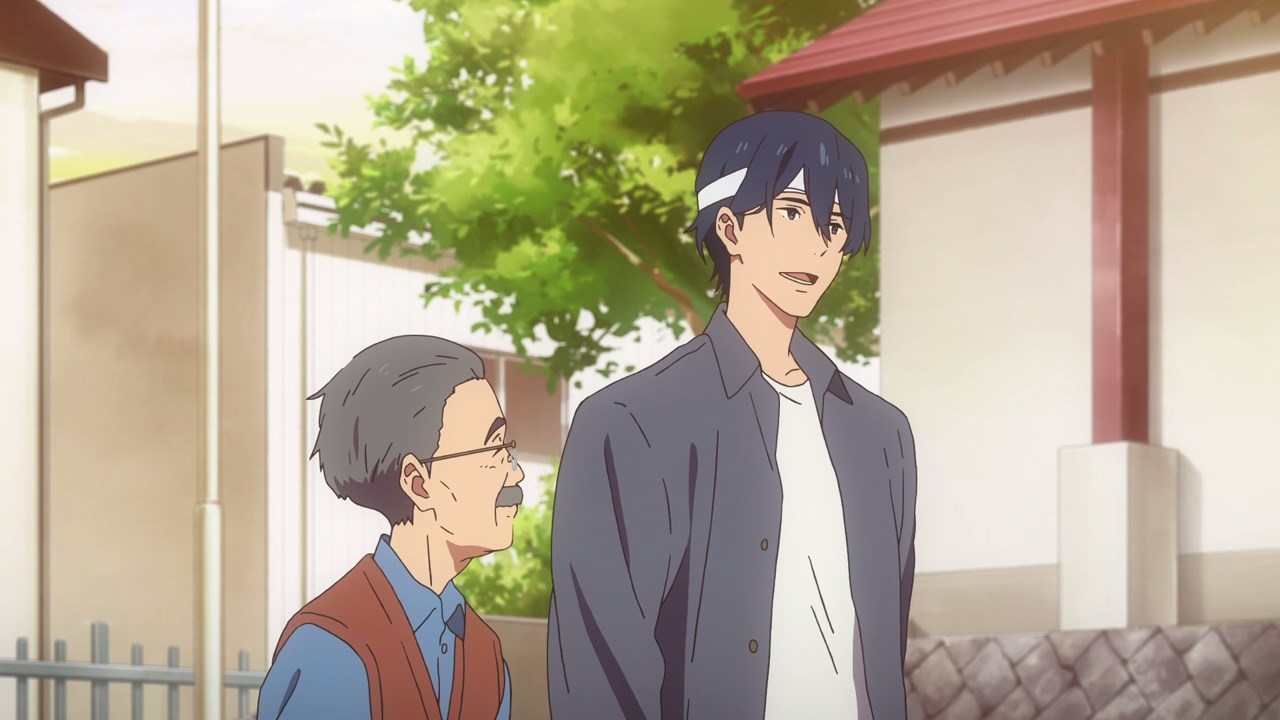 In any case, Masa-san is proud that his students achieve victory despite being their first time competing in the tournament. Still, his journey as coach will continue until they graduate but with that said, I’m glad that Tsurune ended in a thriumphant victory for Kazemai High School’s archery club. Still, it would be nice if the girls achieve top 8 finishes. but there’s next year to claim it.

Anyways, I must say that Kyoto Animation did it again but it’s just they made a stunning piece of work, I was impressed about the character development, especially Minato Narumiya where he overcome his fears and weaknesses thanks to Masaki Takigawa and his fellow archers. Then again, I wish some characters needs more love like the female members of Kazemai High School’s archery club where I want them to achieve greater heights. While kyudo will not be your thing, all I can say is that Tsurune is a good anime series to watch by Kyoto Animation. 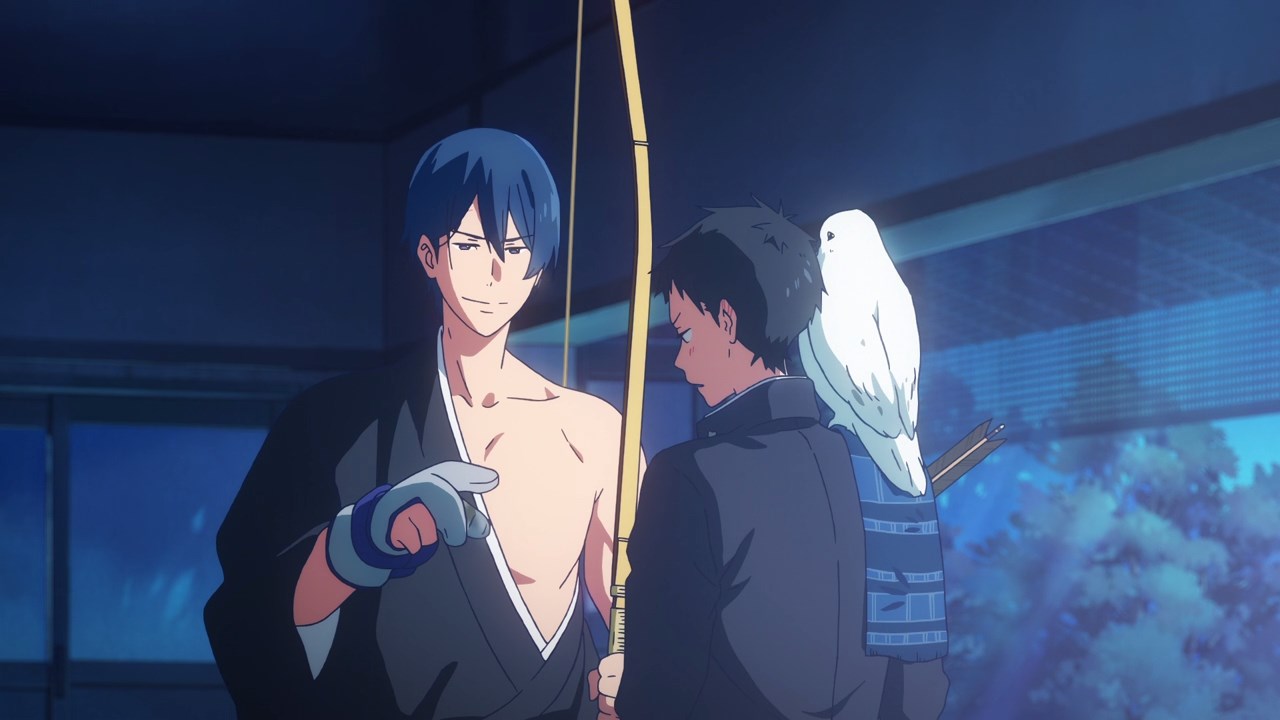 One last thing, it appears that Masaki Takigawa managed to meet with Osone-sensei and finally understood his grandfather. In fact, it seems that Masa-san has some similarities to his late grandfather/teacher, but Masaki’s grandfather is looking over him all the time.

Well, at least Minato Narumiya felt a sigh of relief that Masaki Takigawa didn’t have any regrets upon meeting with Osone-sensei. However, there’s another twist that might surprise you… 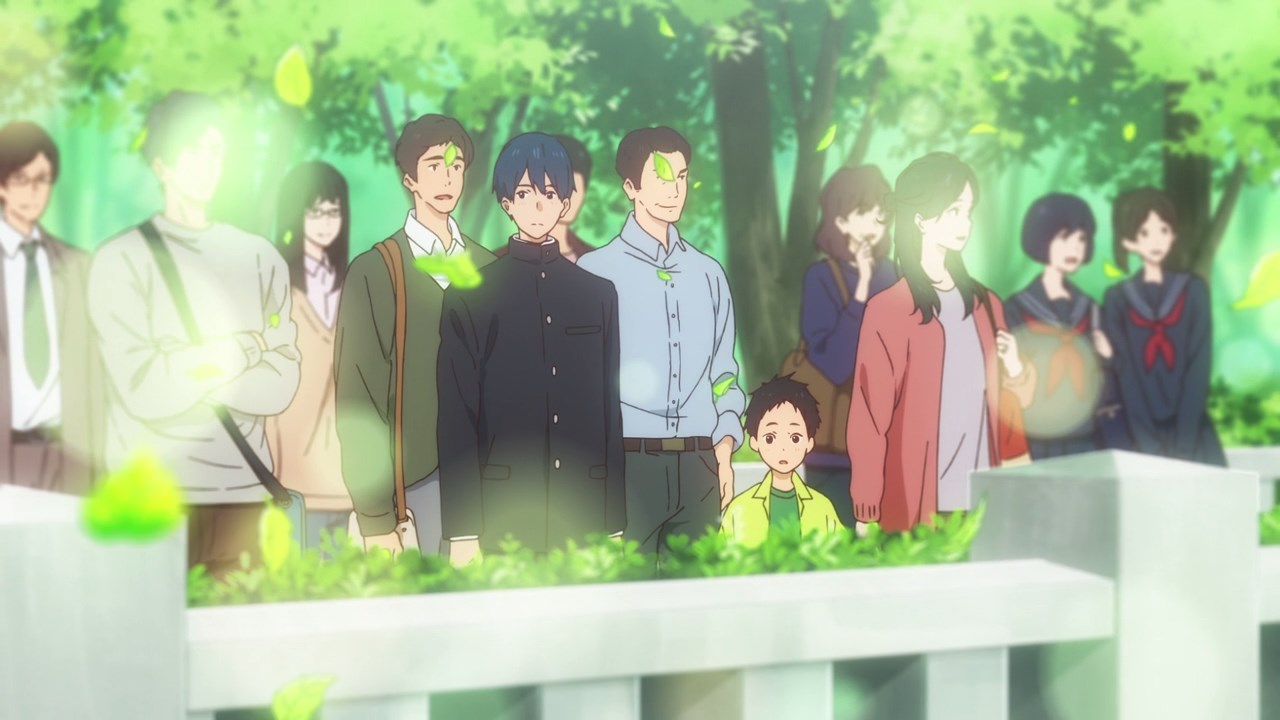 It turns out, it appears that Minato is standing beside Masa-san the whole time back when he was just a child. Was it fate that brought them together? Well, it might be a possibility!

And that concludes my thoughts on Tsurune as it was a fun ride watching this show. However, Kazemai High School’s archery club will return for one more episode. I can’t wait for that!