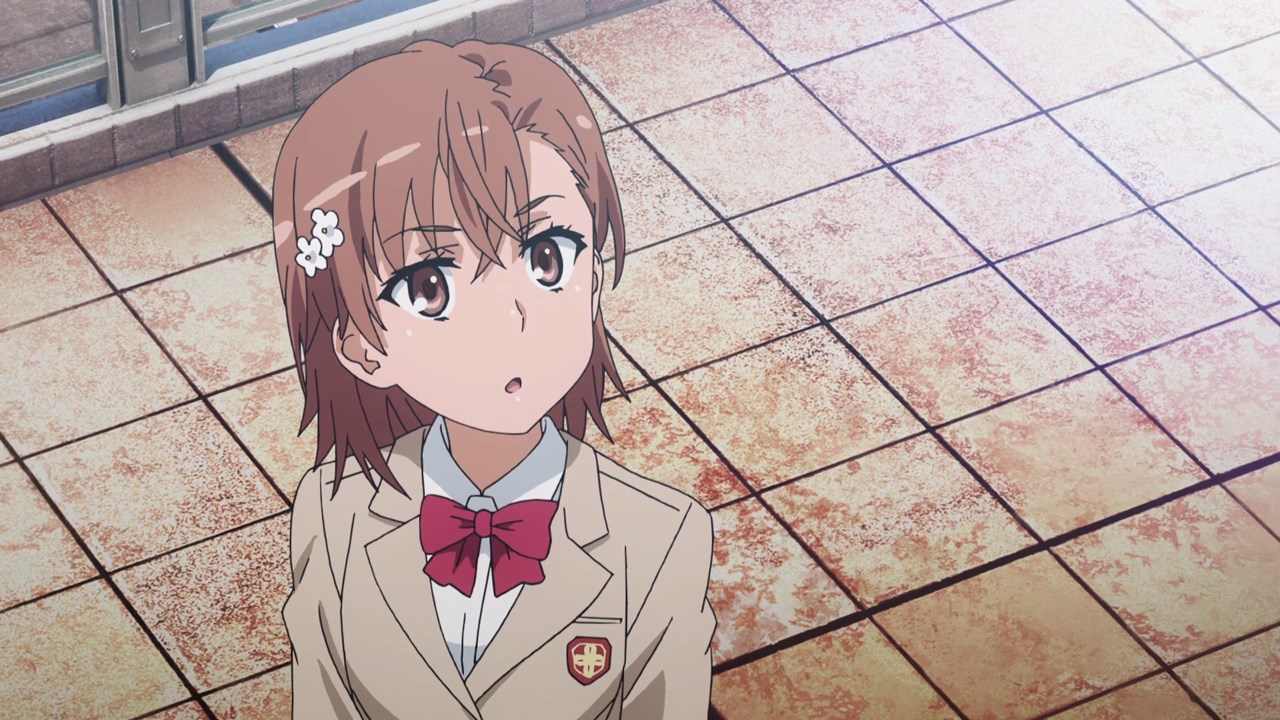 This is Mikoto Misaka as she’s still in Academy City living in her mundane life of studying. Sadly, she’s not gonna be involved in the final chapter. 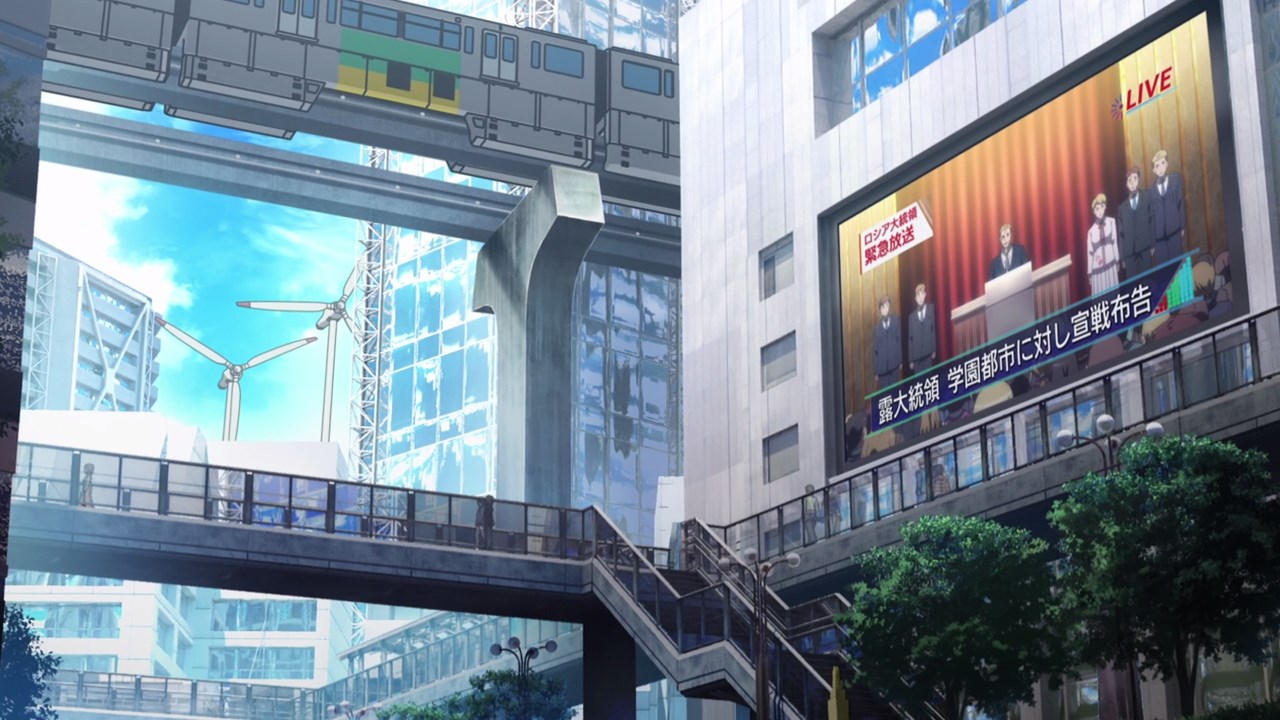 In fact, her beloved city will soon be invaded by foreign countries like Russia who is being supported by the Roman Catholic Church, despite the fact that they have the Orthodox Church and not to mentioned that they’re being manipulated by the leader of God’s Right Seat, Fiamma of the Right.

For the time being, she’ll have to stay and protect Academy City from invaders because it’s time to usher in the 3rd World War. And by the way, the United States of America are not involved on this conflict. 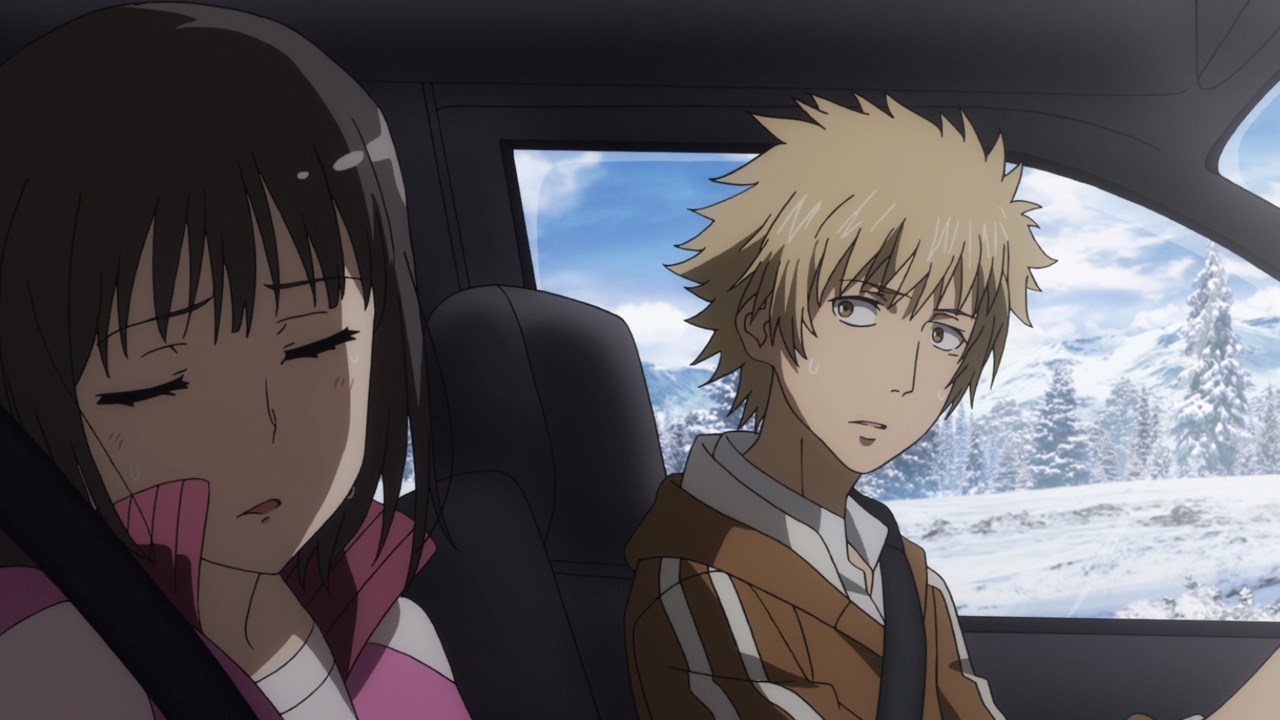 But first, time to focus on Shiage Hamazura as he’s on the run together with Rikou Takitsubo. Unfortunately, her ability crystal deficiency is getting worse that she might die in the middle of the road. 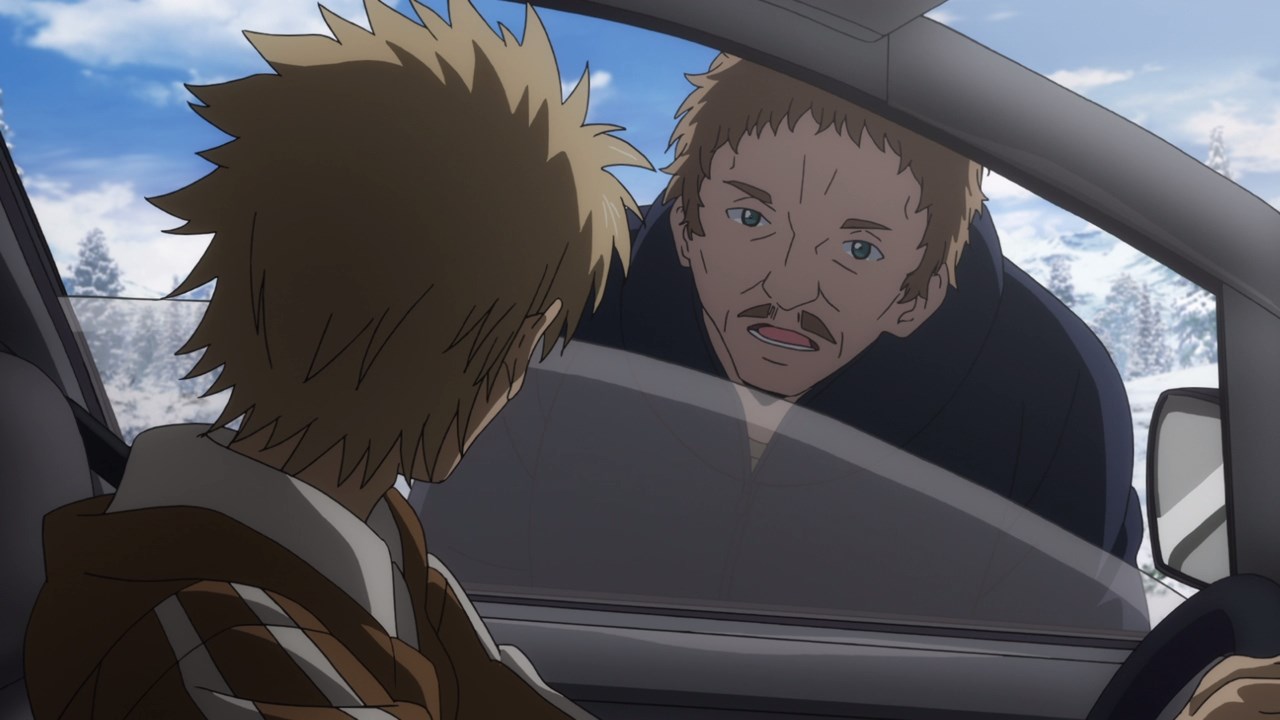 However, both Hamazura and Takitsubo encountered a Russian man who claimed that there’s a doctor in their village who will cure Rikou.

Then again, the problem is that her body is dependent of ability crystals, so it’s not easy to cure her life-threatening illness. Still, Shiage accepted this man’s offer but I think it’s a bad idea to have someone cure Rikou. 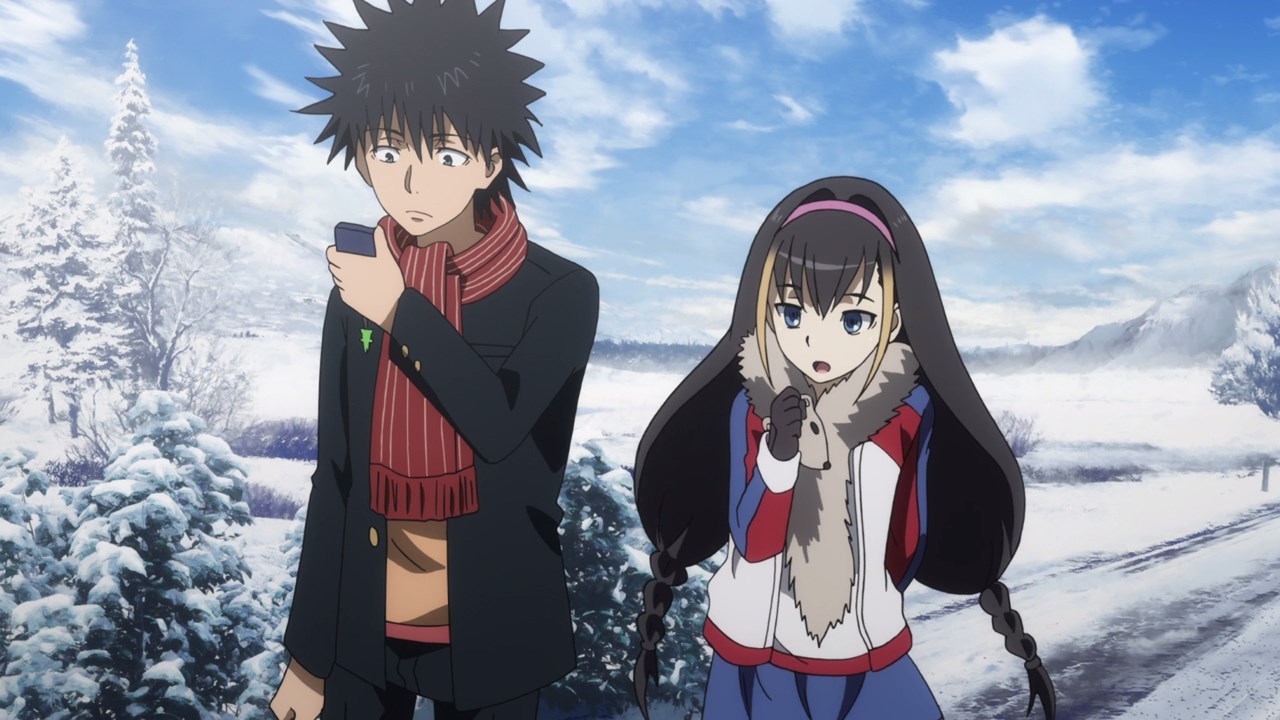 Meanwhile, here’s Touma Kamijou where he’s joined by one of the New Light members named Lessar. While the New Light created trouble back in Great Britain, especially when they gave the original Curtana Sword to Princess Carissa and cause havoc within the United Kingdom, seems that Touma is now in good terms with Lessar.

Besides, he can’t just fight against Fiamma by himself as Kamijou needs some allies to defeat the leader of God’s Right Seat. 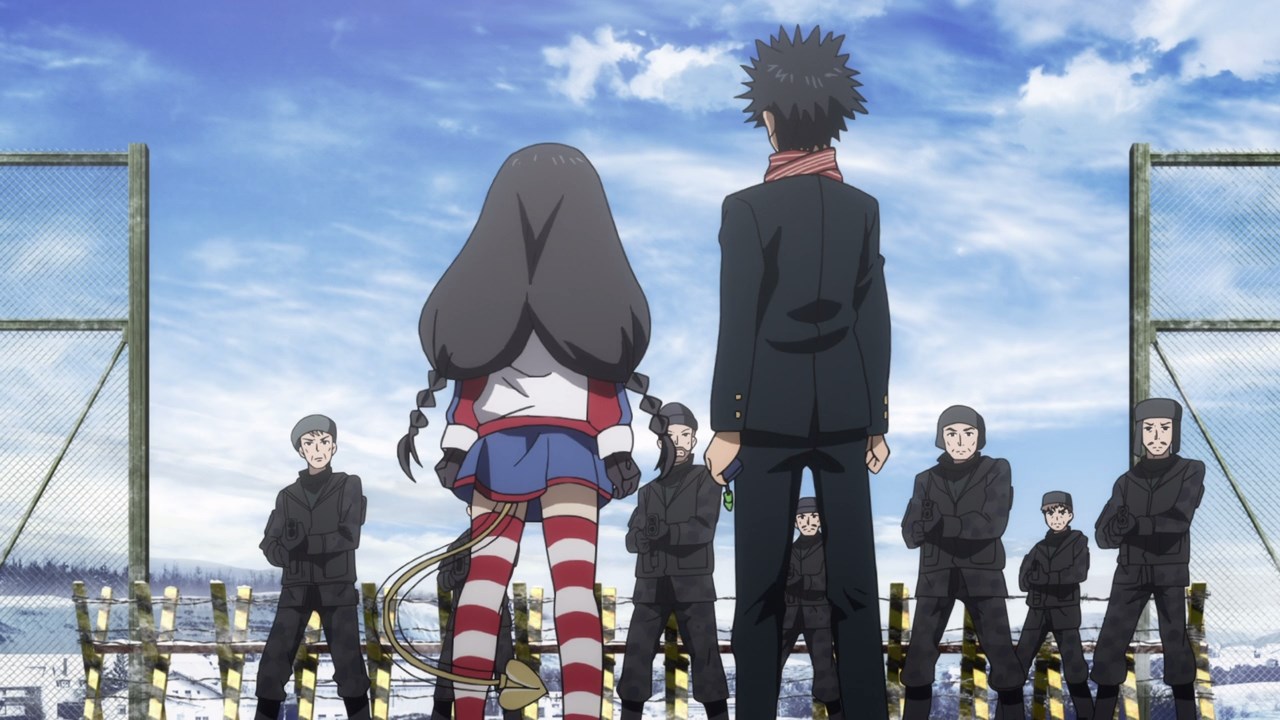 Now then, let’s move onto to what’s important as Touma and Lessar will strike a deal with the leader of the alliance. Of course, they need to strike a good impression first because if they looked menacing, the deal will be deralied. 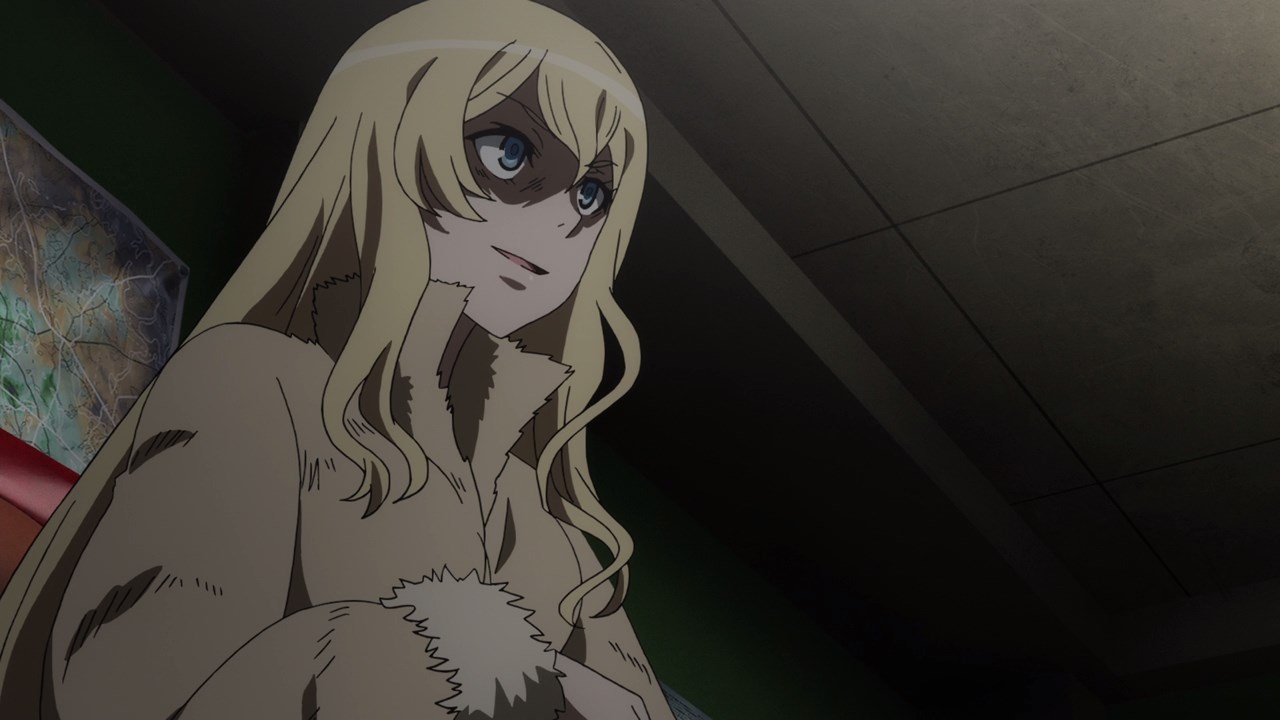 Anyways, this is Elizalina, a saint and the leader of the Alliance of Independent Nations who’s named after her. This means that you cannot mess with her personally that Elizalina’s followers might kill you.

Moving onto the deal as Elizalina will help Touma Kamijou should he take Sasha Kruezhev away from the country as Fiamma of the Right is targeting her along with Touma’s right hand. While he can help Sasha escape from Russia in order to strike a deal with Elizalina, the question is her whereabouts. 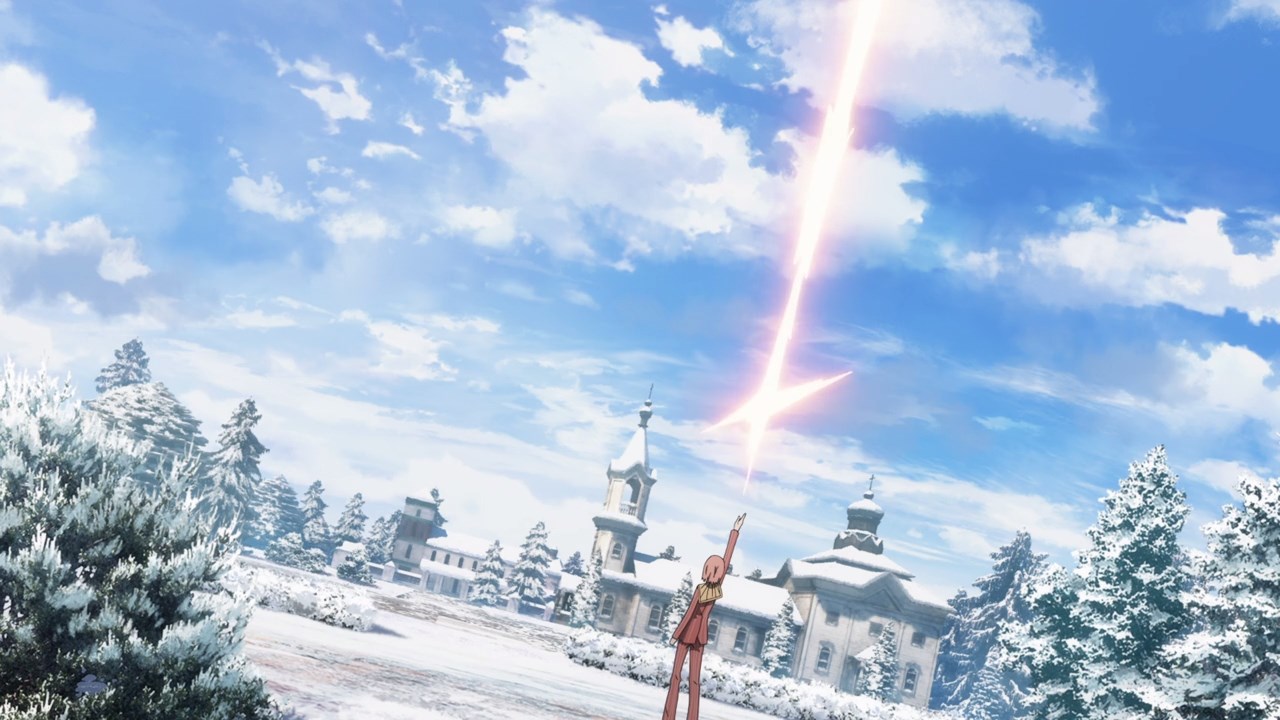 Speaking of Fiamma of the Right, looks like he’s here to crash the party by wielding a giant sword of light. 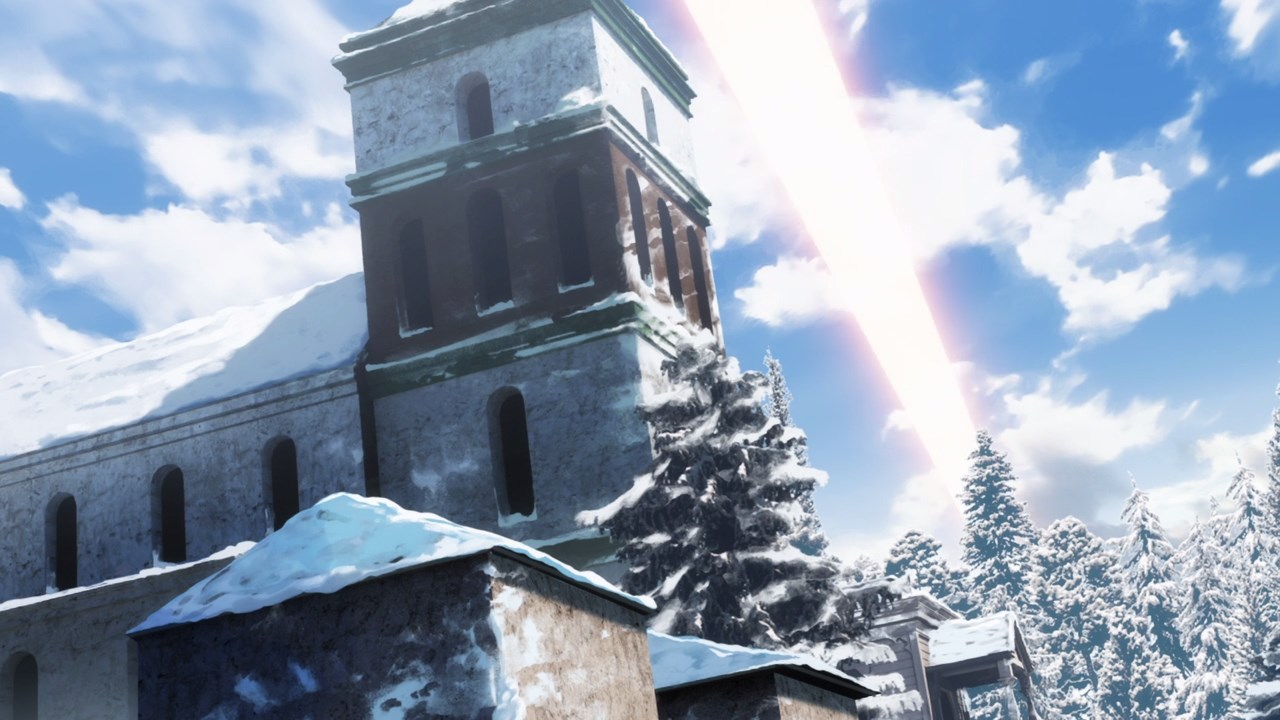 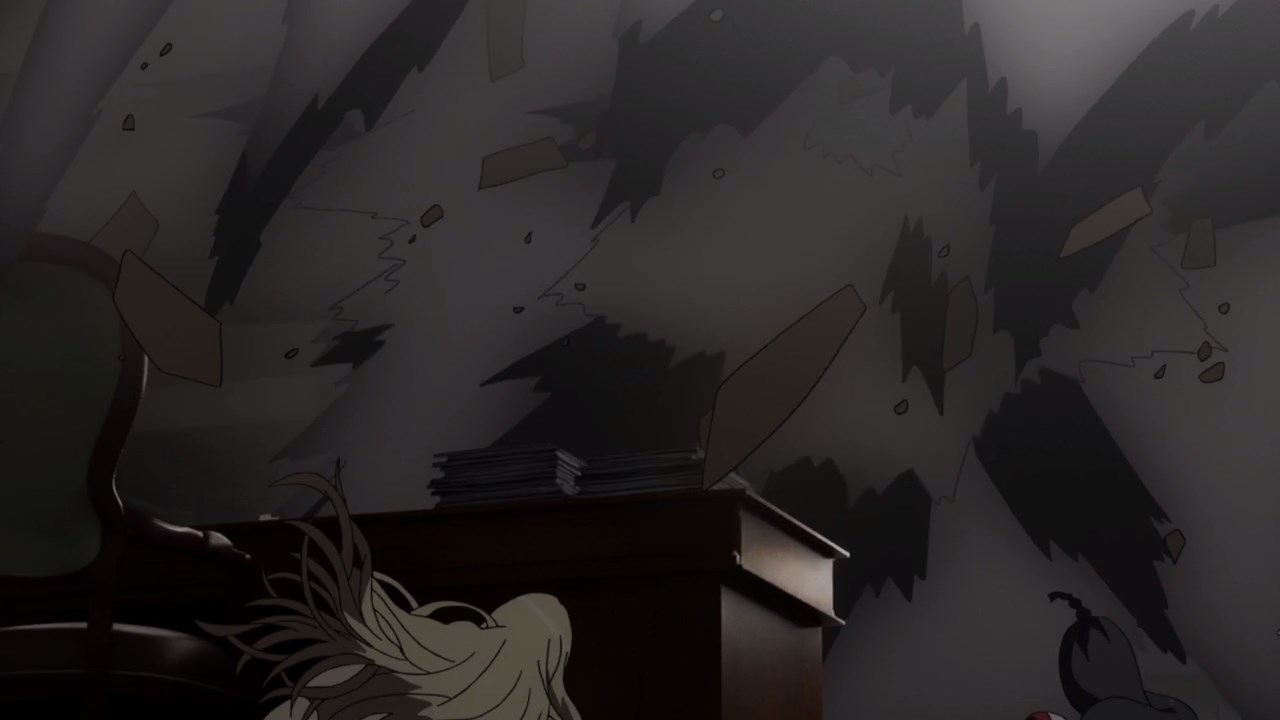 Oh, and Fiamma cuts this base down ala Captain Commando. Man, this show now has Capcom references much like Highschool DxD HERO! 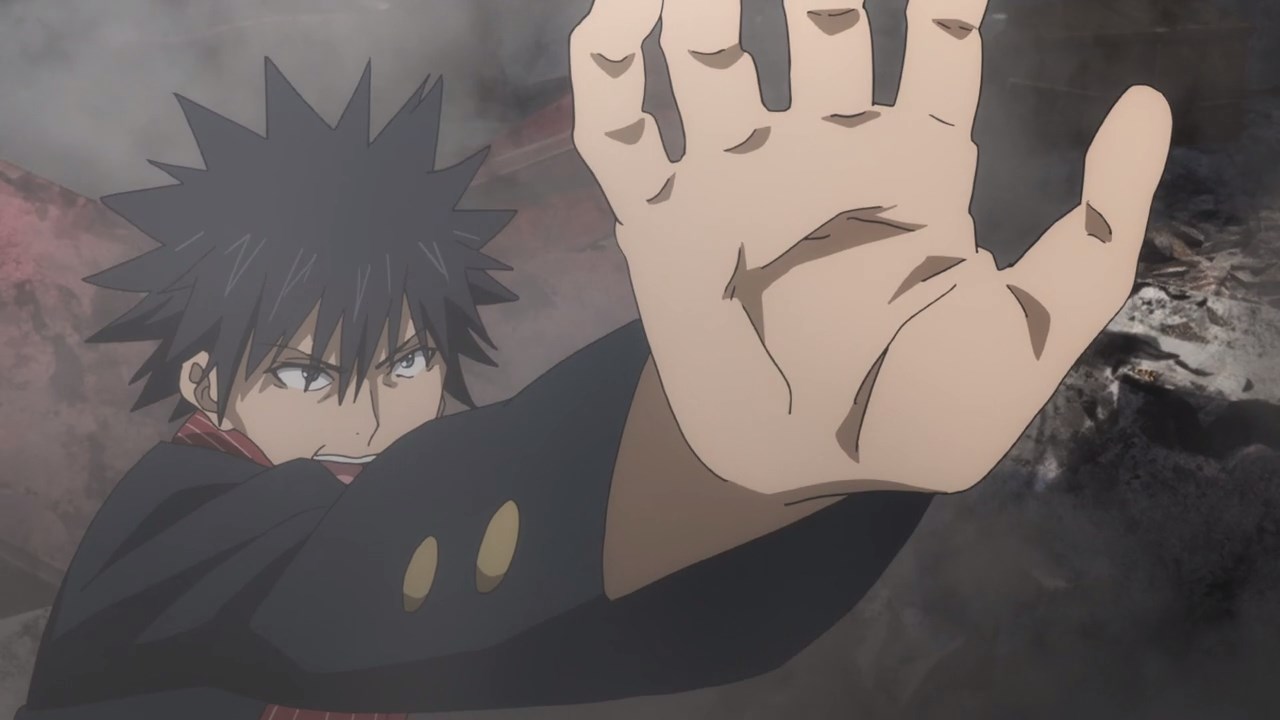 Of course, Touma won’t let Fiamma hurt more people as he used his Imagine Breaker to break Fiamma’s sword as the leader of God’s Right Seat makes another attack. 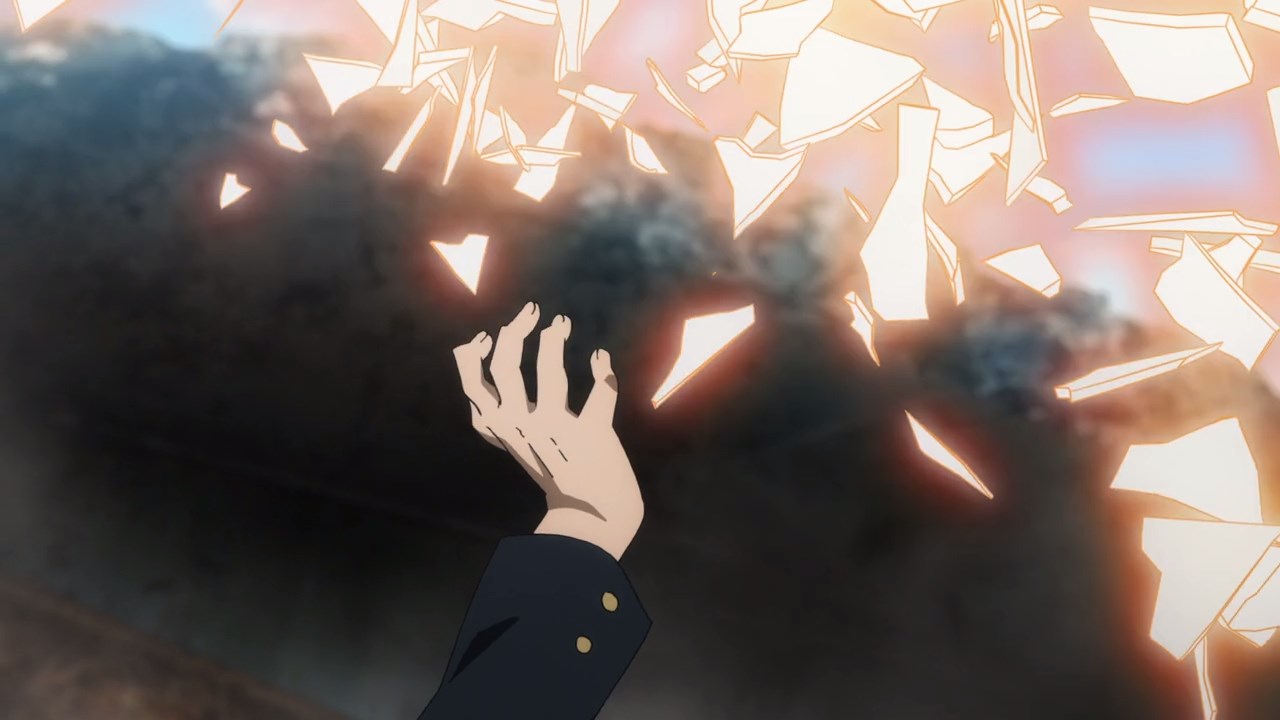 Good thing Touma managed to stop Fiamma’s attack, but the leader of God’s Right Seat is here to take Kamijou’s right hand away from him. 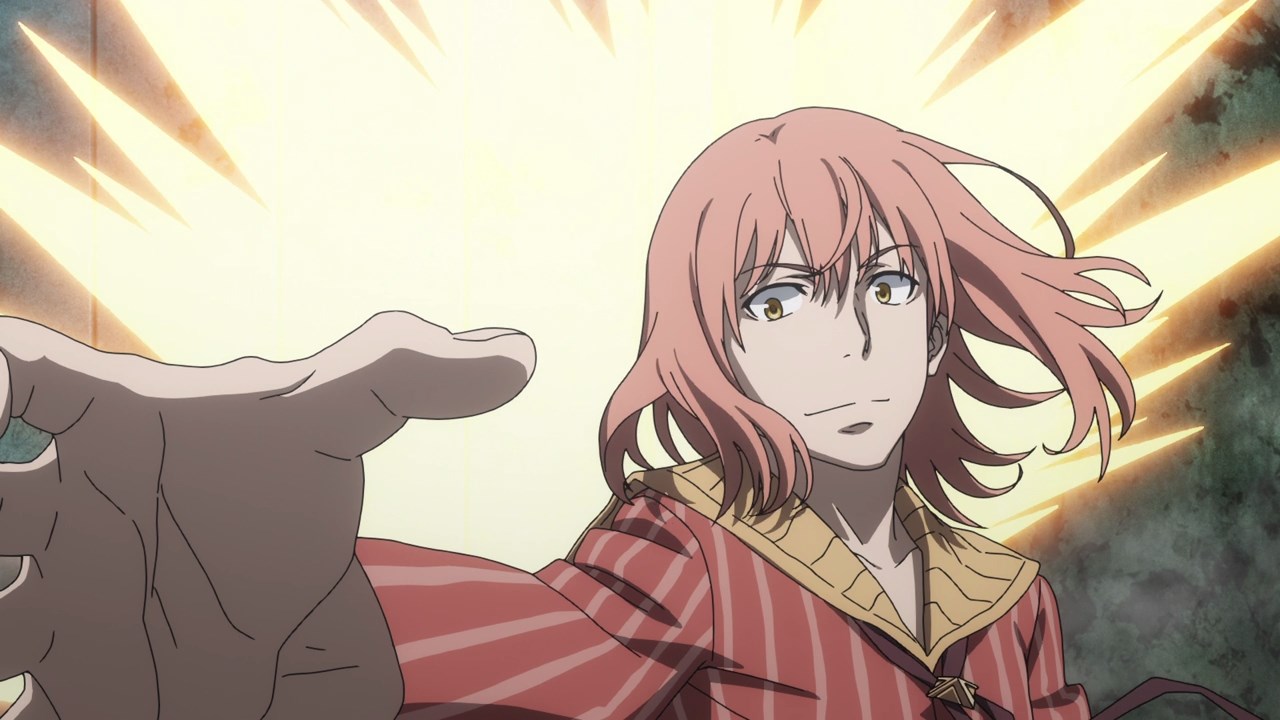 So yeah, Fiamma of the Right is here inside the Alliance’s headquarters as while he found Touma Kamijou, Fiamma is expecting for Sasha Kruezhev to come out a play. 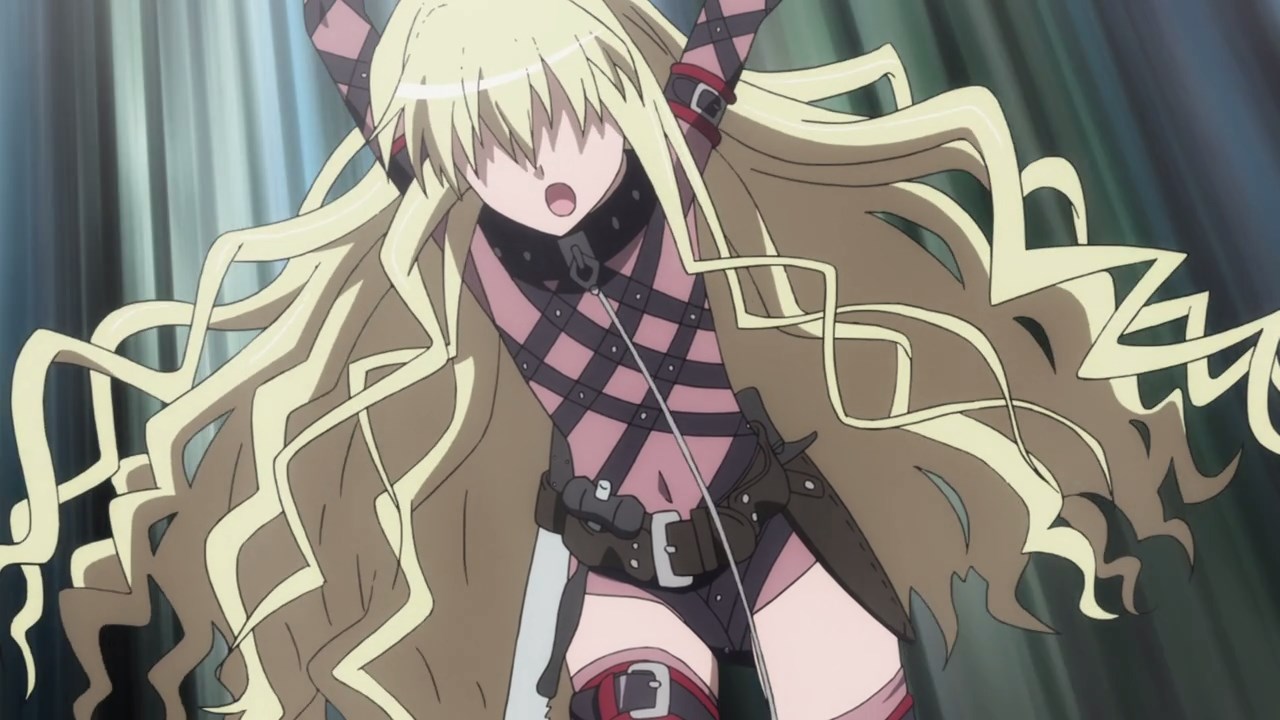 And lo and behold, Sasha Kruezhev has returned to attack Fiamma of the Right after being away from a long time. 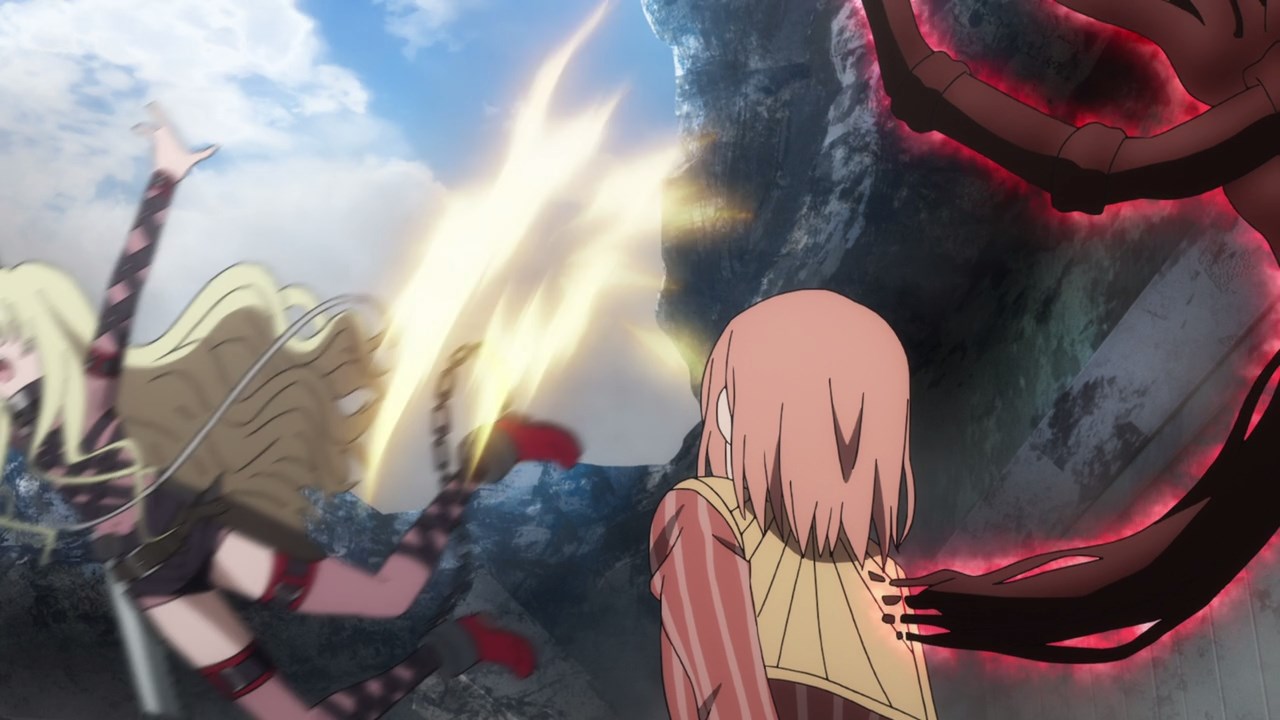 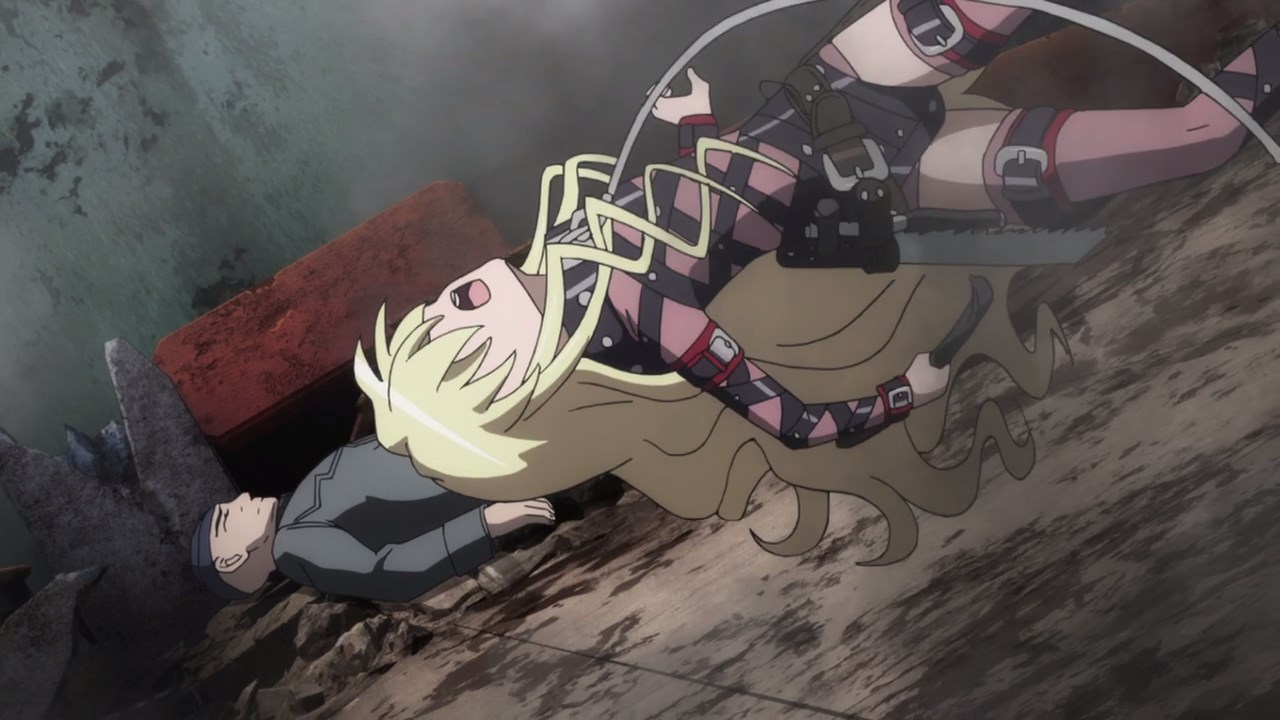 Unfortunately, Sasha’s return got ruined when Fiamma retaliated in which he sends her flying to the ground. Now that Sasha Kruezhev is here, looks like Fiamma will take both Sasha and Touma’s Imagine Breaker in one fell swoop! 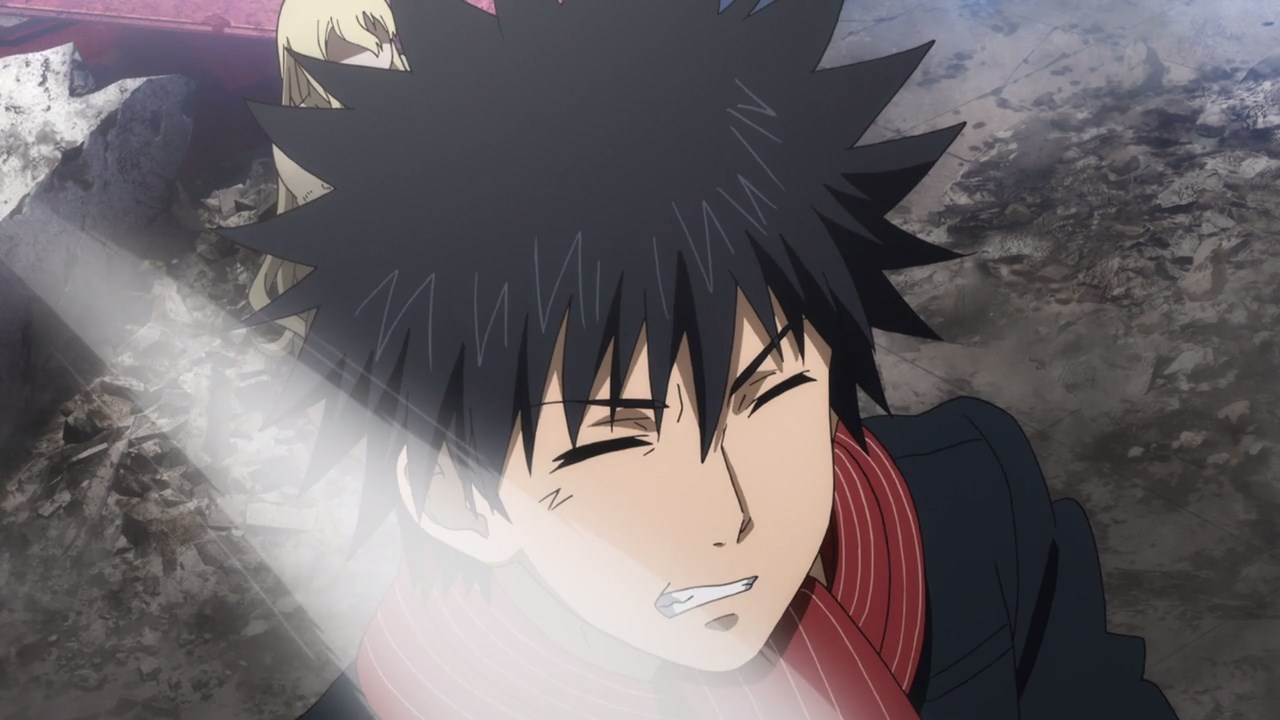 Then again, looks like someone will have to interrupt Fiamma’s attempts to get both items he needed to turn the world upside down. 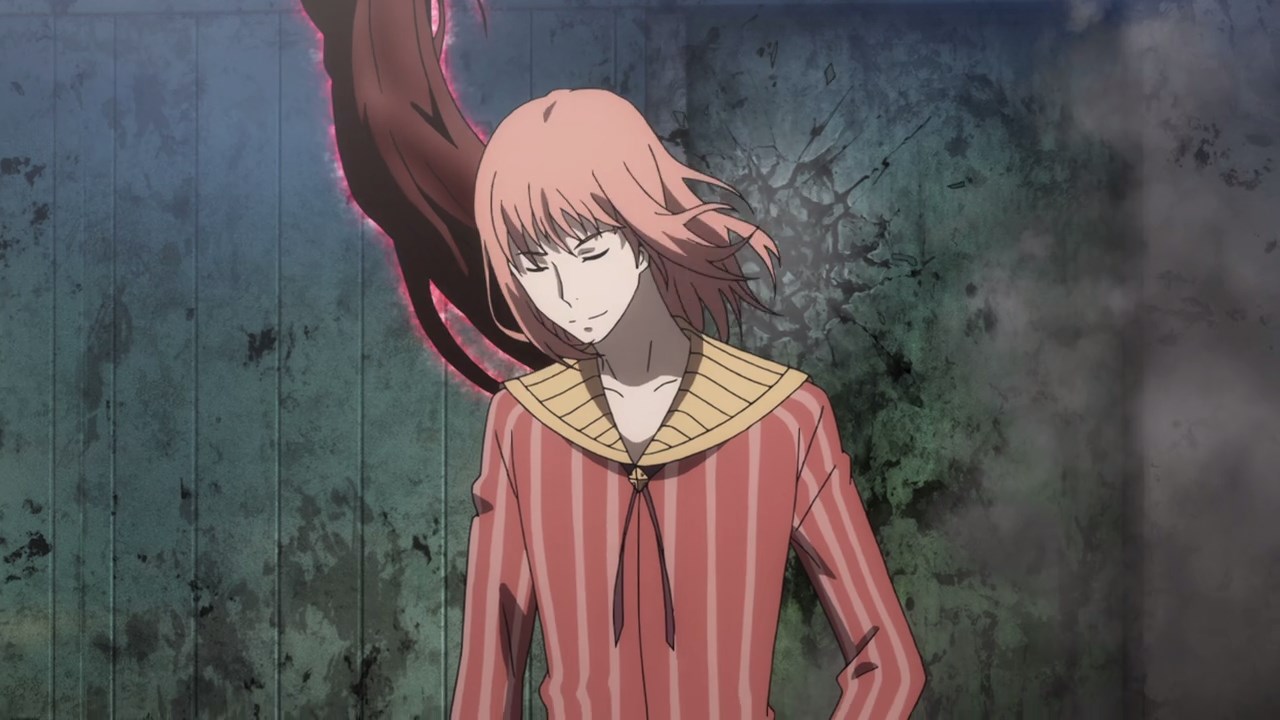 As for Fiamma, he just flat-out dodge this ball of compressed air. Man, I wanna know that character who wants to party at Elizalina’s place. 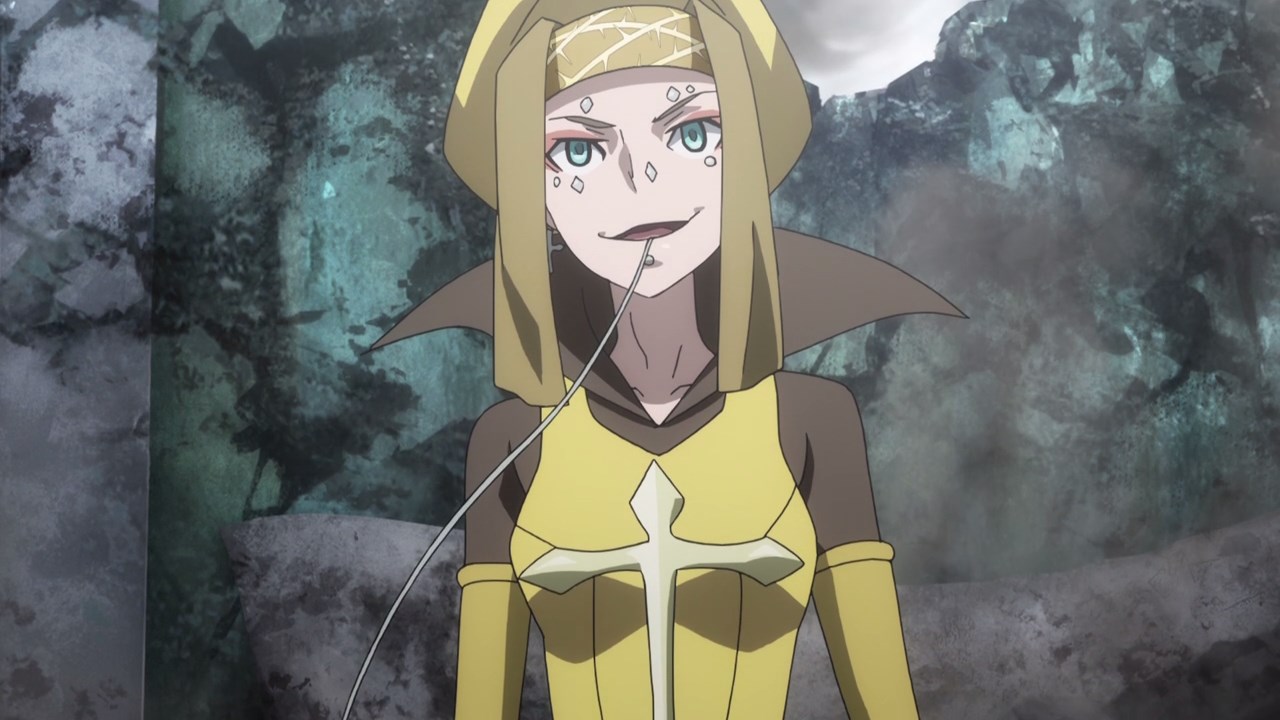 Oh, it’s Vento of the Front. Man, I haven’t seen her for a long time since she and Acqua invaded Academy City.

But anyways, Vento has returned to stop Fiamma and his plans because she doens’t like how her organization is spreading chaos across the world. Then again, Vento still hates Touma Kamijou for her defeat back in Season 2. 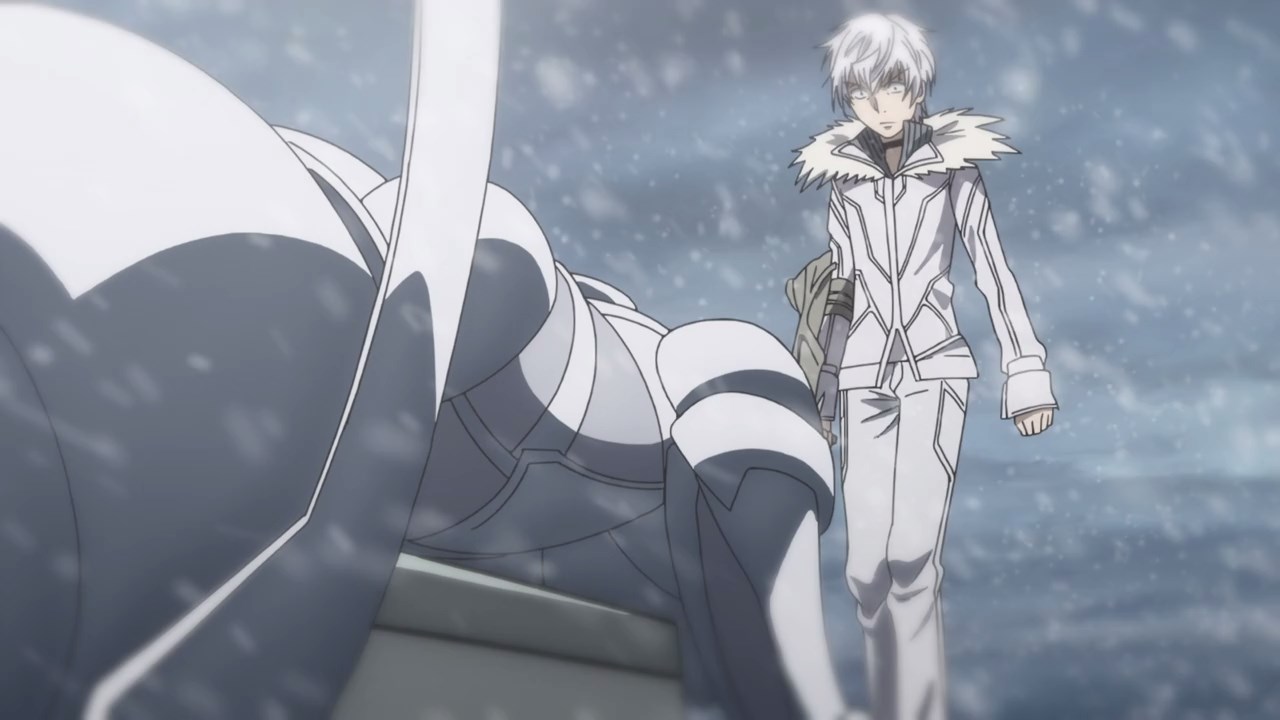 One last thing, here’s Accelerator where during his trip to Russia, he encountered some assassins from Academy City who are here to get him and Last Order.

Unfortunately, Accelerator proved to be the strongest esper as he dismantled the dolls like it’s nothing. Also, he’s curious to see what’s inside the case after one doll is guarding it. 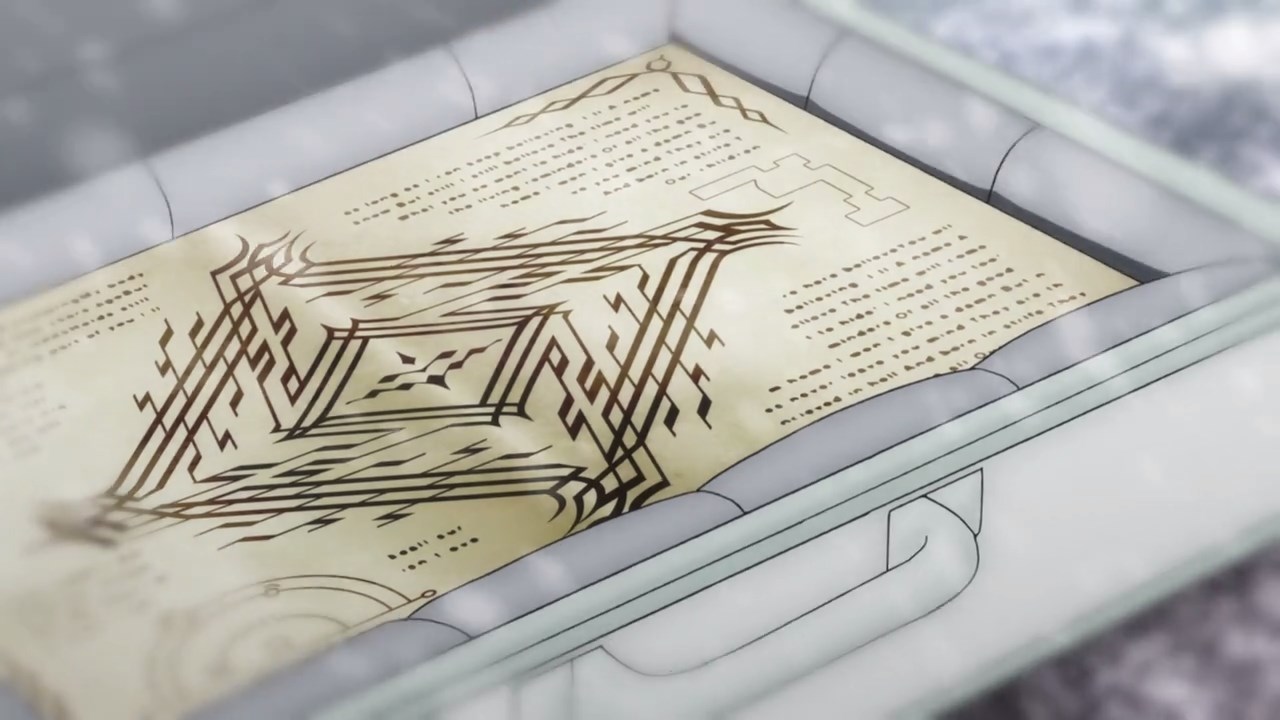 This suitcase contains a parchment which it’ll be important later on, as Accelerator commmented that it might be connected to the other set of laws that Aiwass mentioned back when encounted the angel at Academy City.

While I’m curious to see its functions, I’m hoping that this parchment will help on saving Last Order’s life. 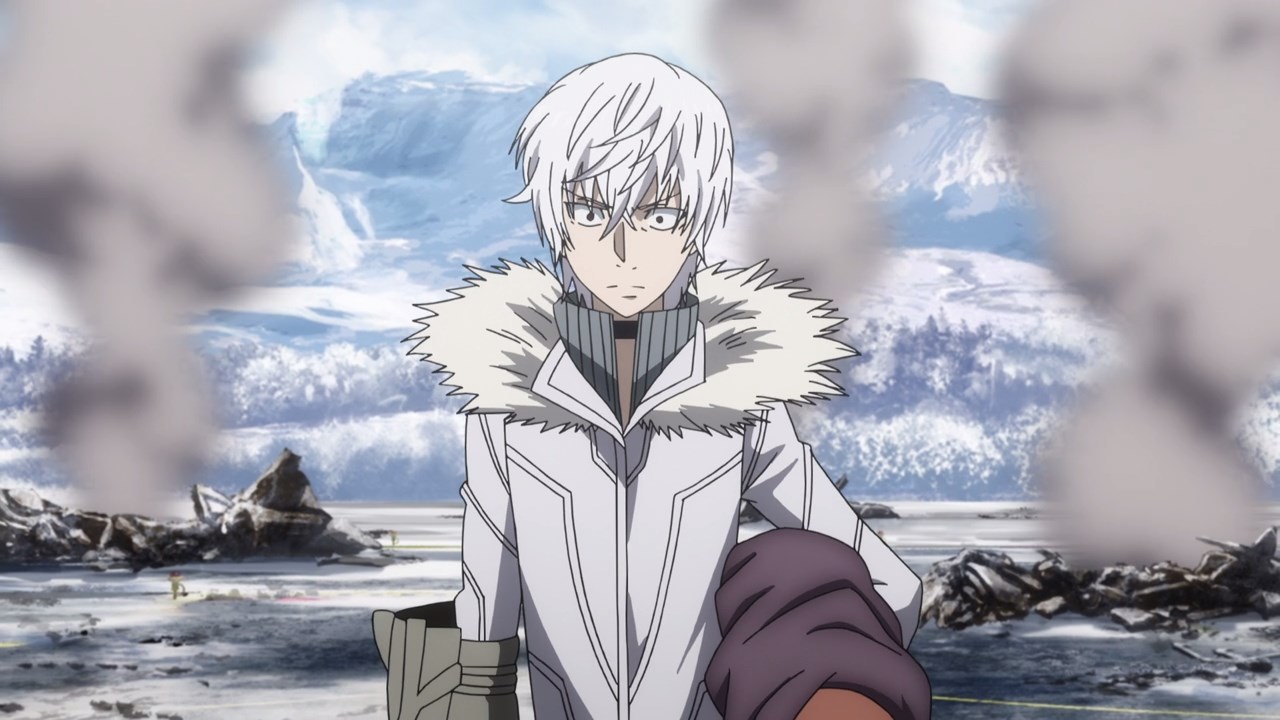 For the time being, Accelerator will have to fend off some assassins from Academy City, as well as magicians from both the Roman Catholic and possibly the Russian Orthodox Church.

Gotta say that he’ll have a long way to rescue Last Order from certain death. Then again, Accelerator will have another assassin that’ll make his life very difficult. 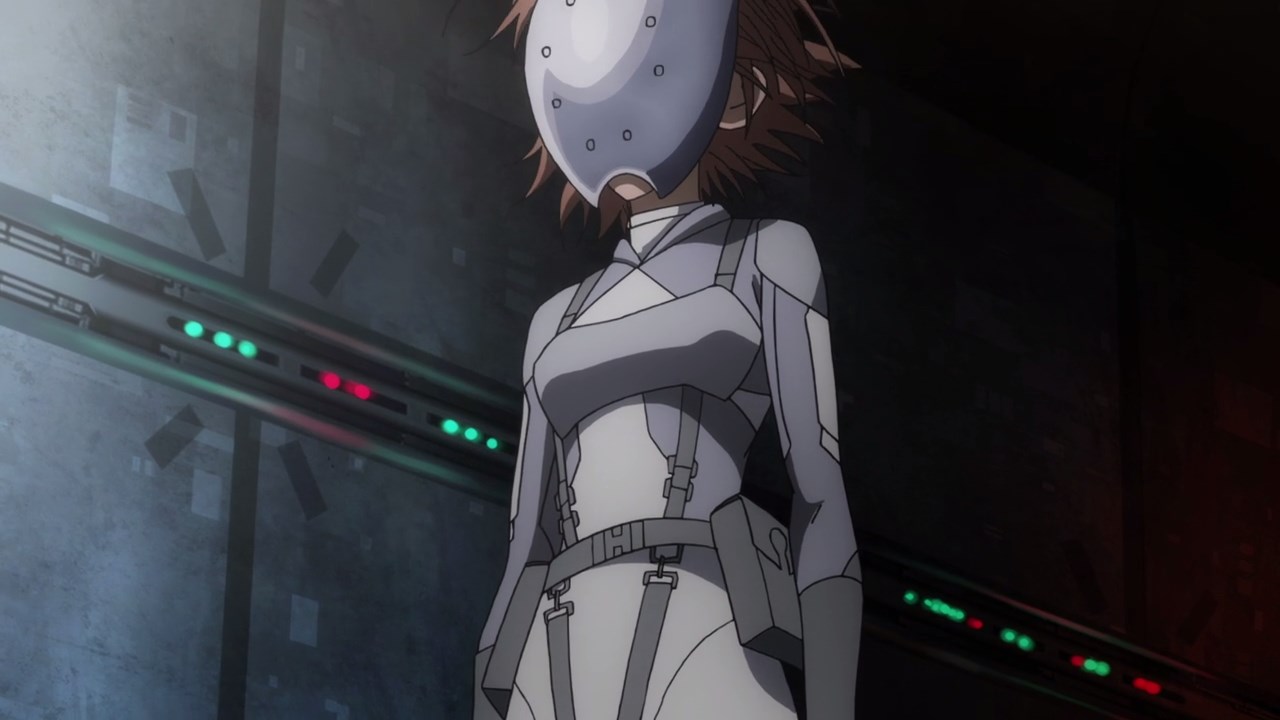 In fact, this one is created for the sole purpose of killing Accelerator. And come to think of it, that hairstyle seems familiar…

Anyways, we’ll find out who this assassin is on the next episode. For now, let’s hope that these three major characters will meet up and kick Fiamma’s ass!