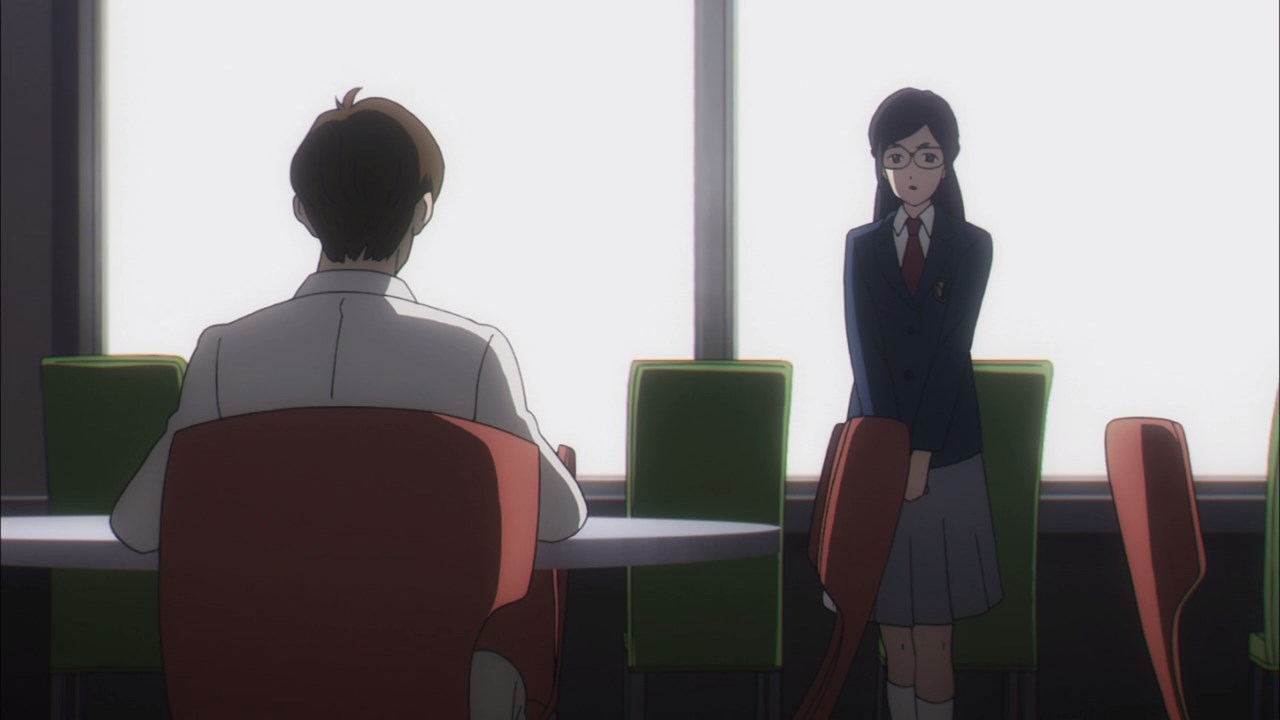 Here’s Kazuko Suema as she’s talking to Jin Asukai in regards to Kotoe Kinukawa’s sudden change of attitude. Then again, Asukai-sensei is not aware of Spooky E and his manipulation of people. 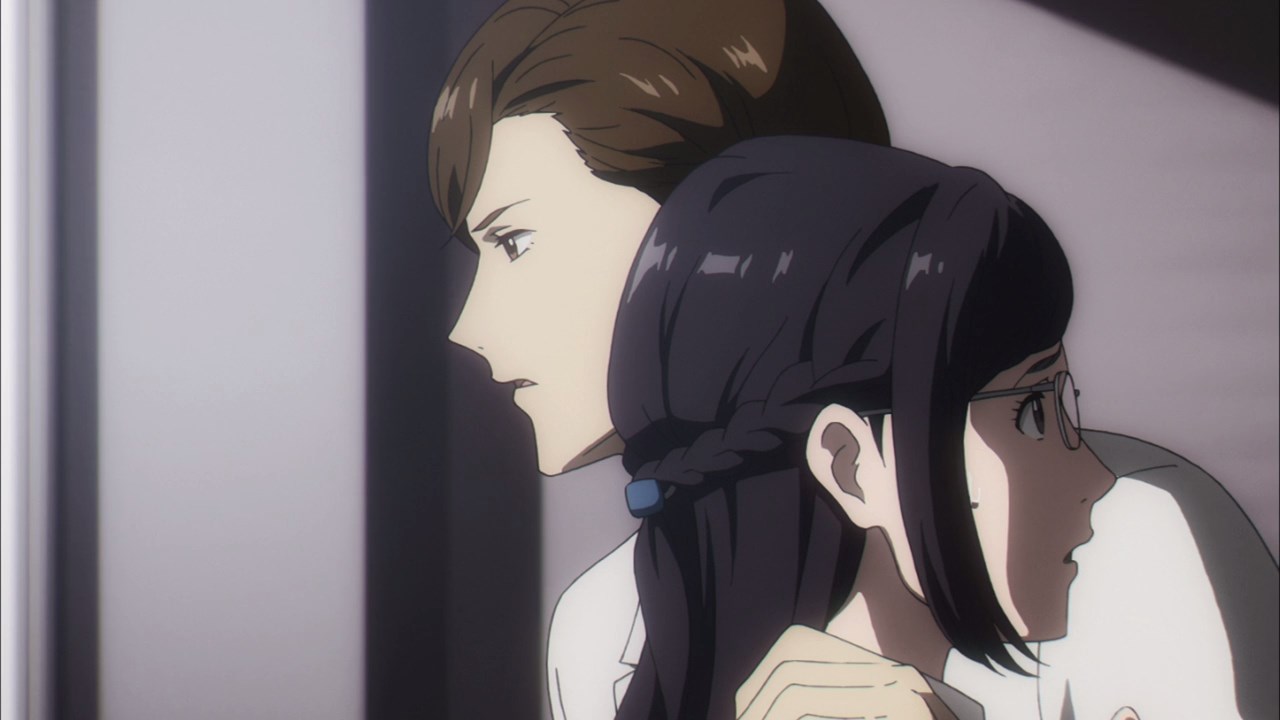 Although he’s aware about his cousin’s recent attitude, Jin Asukai will have to wait for his chance to reconnect with Kotoe Kinukawa.

For now, he wants to focus on mani- I mean filling Suema’s heart. Of course, Asukai-sensei is not aware that Kazuko is spying on him. 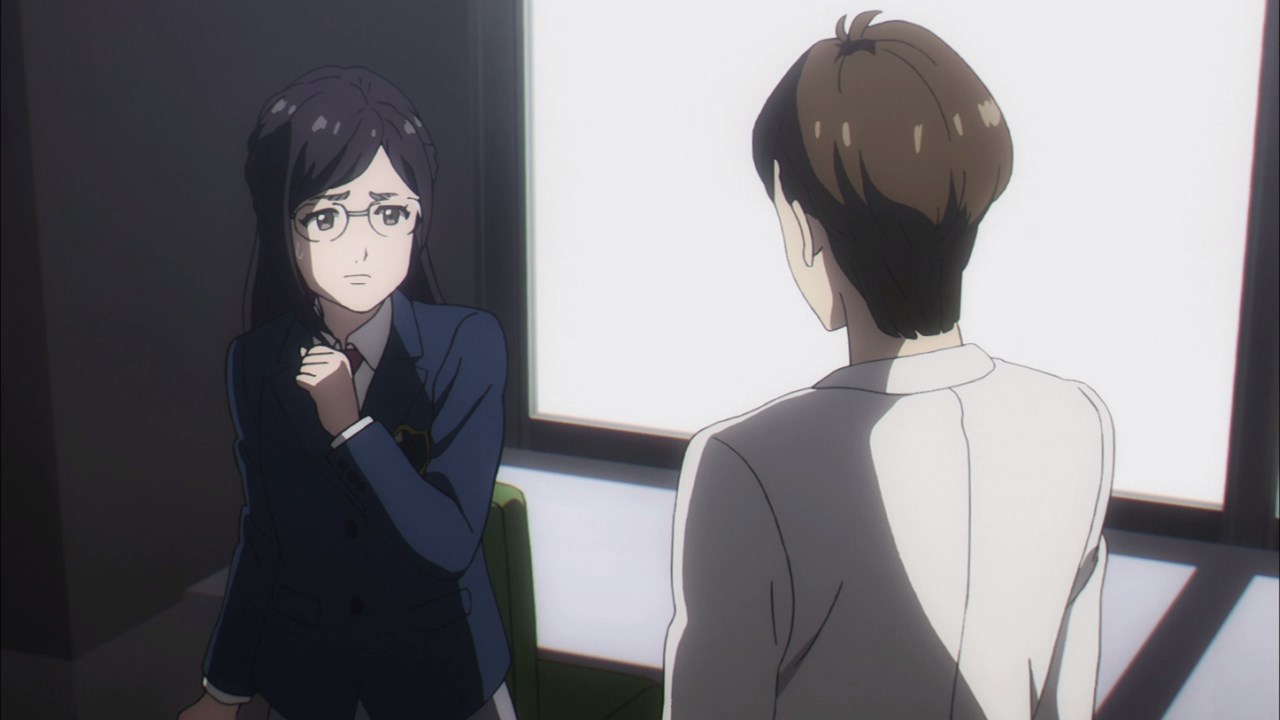 But speaking of Kazuko Suema, she declined Jin’s offer as she has someone taking care of her. Well, Suema has both Nagi Kirima and Touka Miyashita, better known as Boogiepop.

In any case, Kazuko Suema takes her leave but man, it was a close call for her. After all, Jin Asukai is channeling the will of Imaginator. 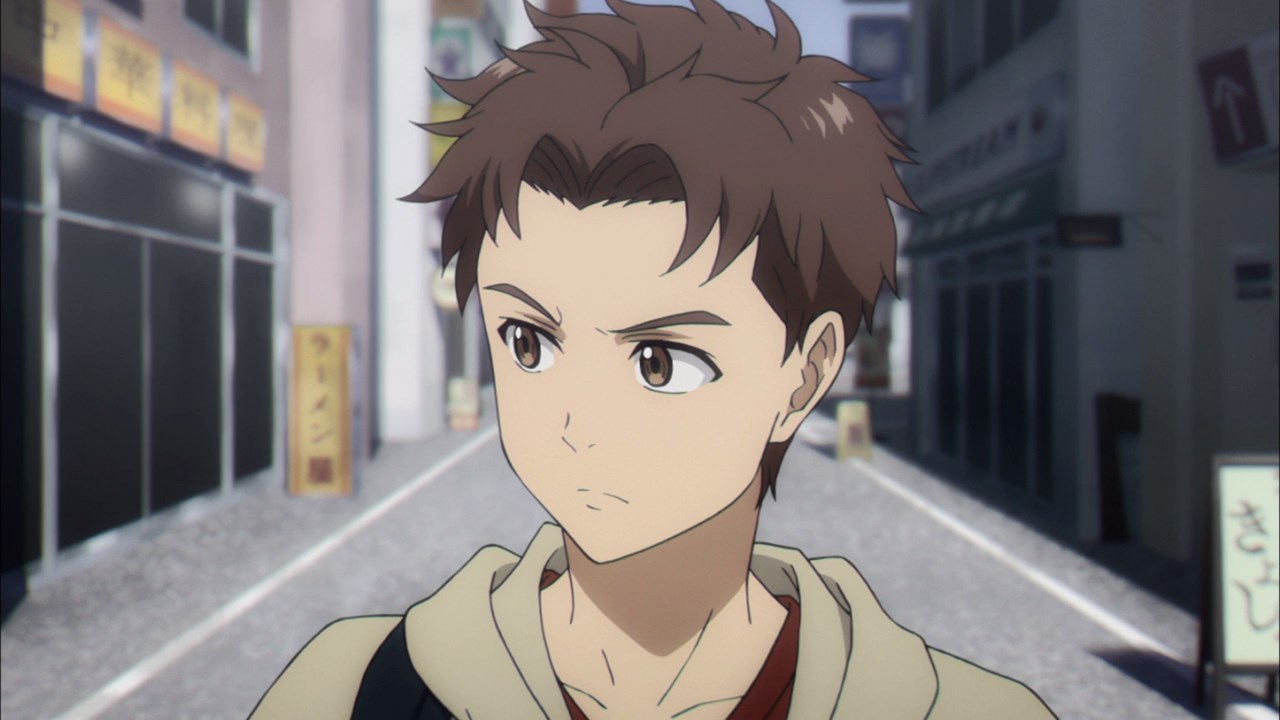 Meanwhile, here’s Masaki Taniguchi as he’s being watched by someone who wants to take his life. 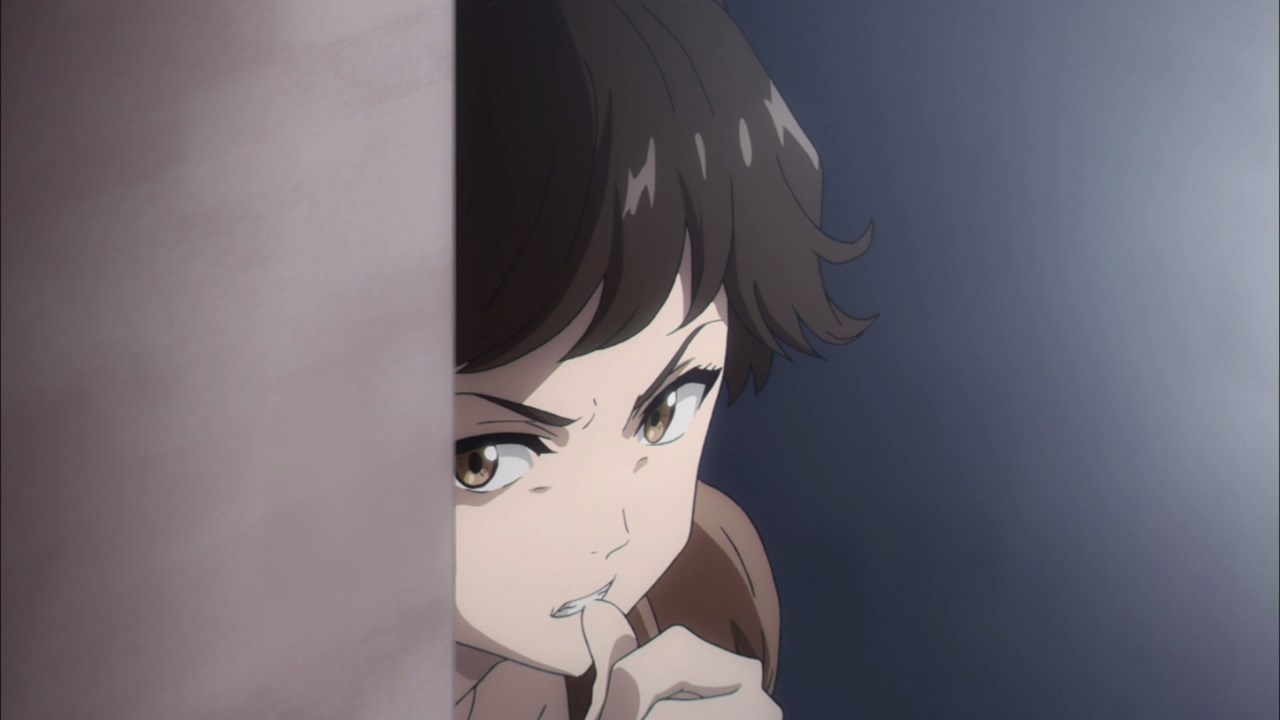 Someone like Kotoe Kinukawa where she and her thugs are about to put Taniguchi into a bodybag and present it to Aya Orihata. 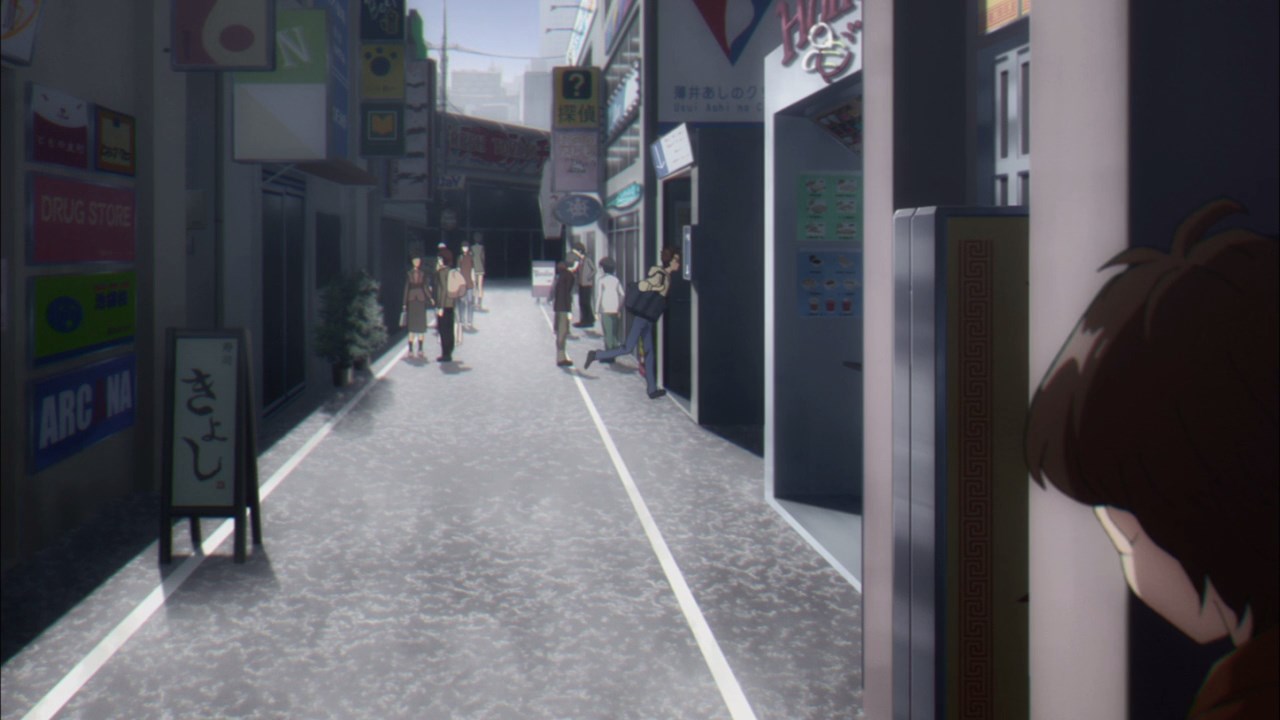 Of course, Taniguchi is aware that Kinukawa is tailing on him, so he decides to run away from her because it will be dangerous if Masaki is cornered by dangerous thugs. 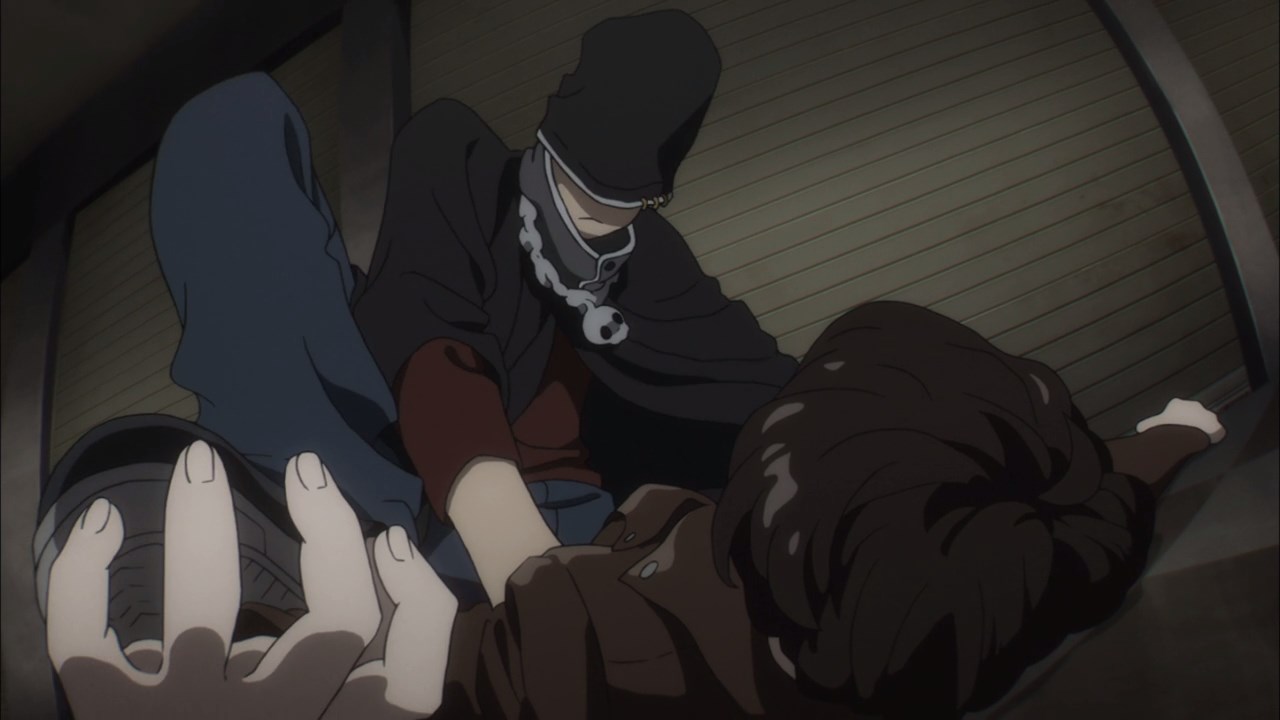 Just kidding, it turns out that he’s baiting Kotoe Kinukawa into a corner where Masaki Taniguchi pounce on her… 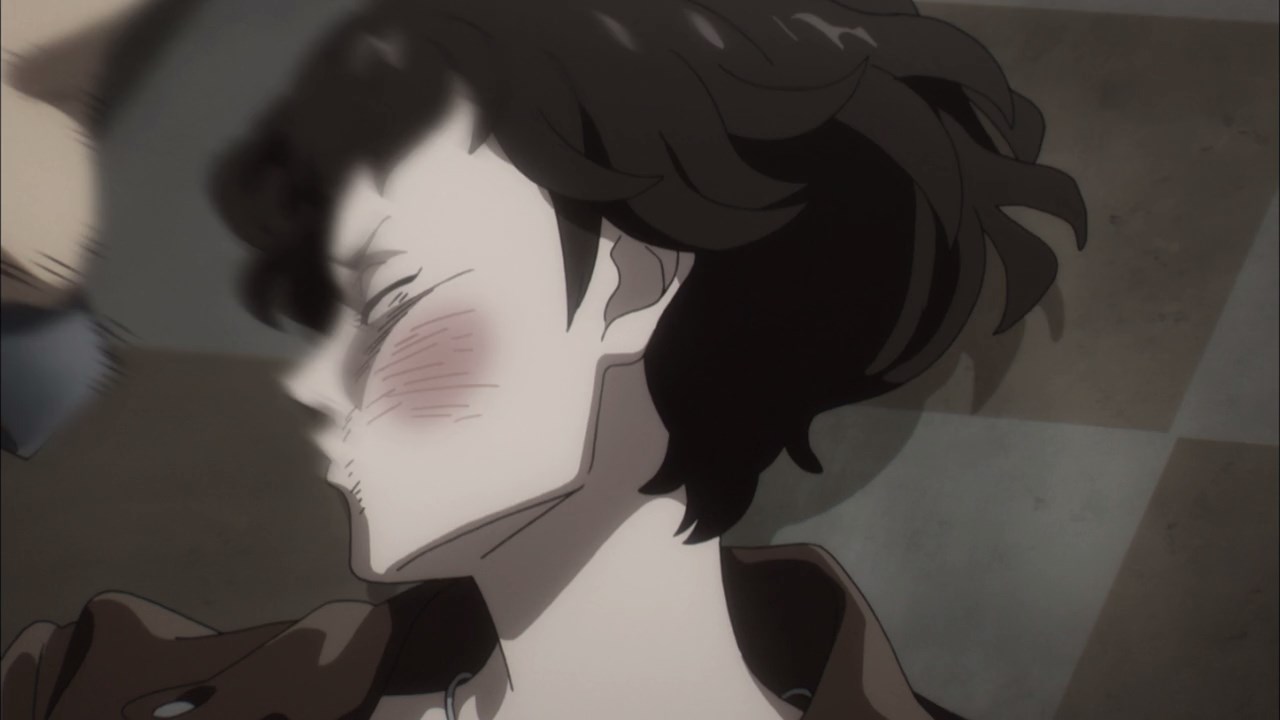 …and beat the shit out of Kinukawa until she spilled the beans on what happened to Aya Orihata.

Remember, last time we saw Orihata was in the previous episode where Spooky E delivered a shocking disposal towards Aya (or Camille). But come to think of it, what happened to her after Episode 7? 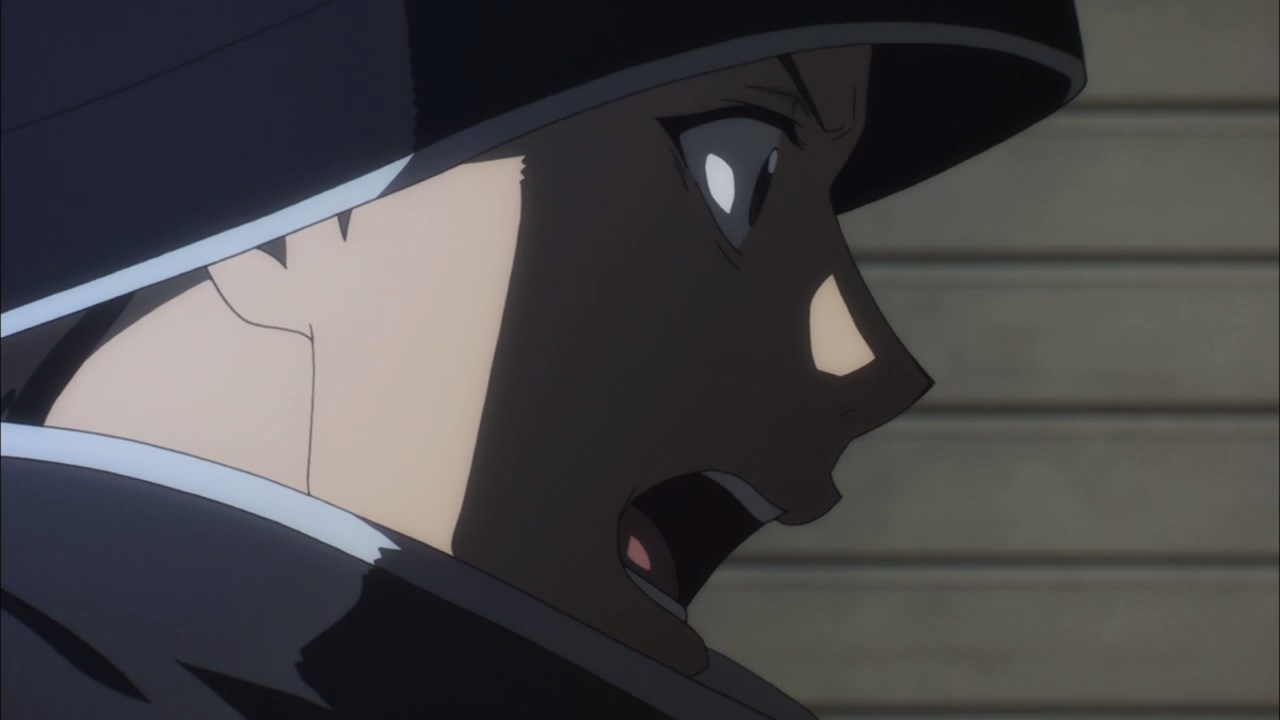 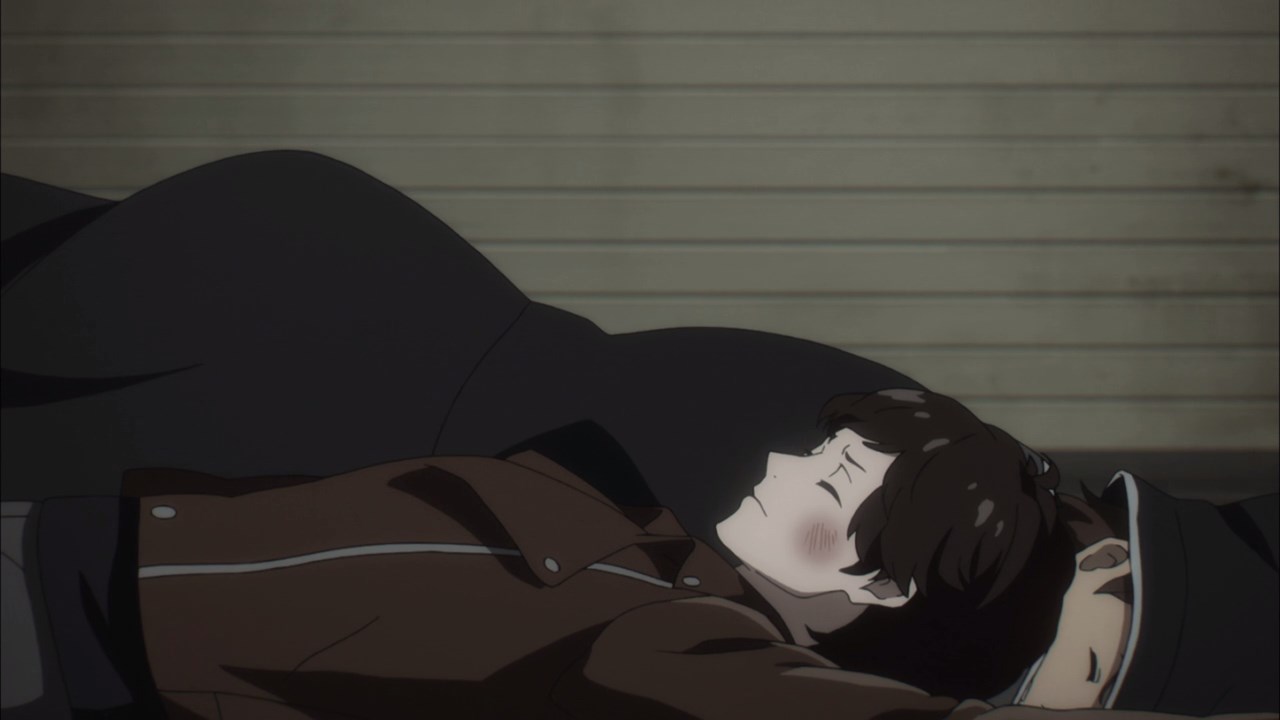 But let’s go back to Masaki Taniguchi where he got attacked from behind with a stun gun. Could it be that Kotoe called some thugs to shank him from the back? 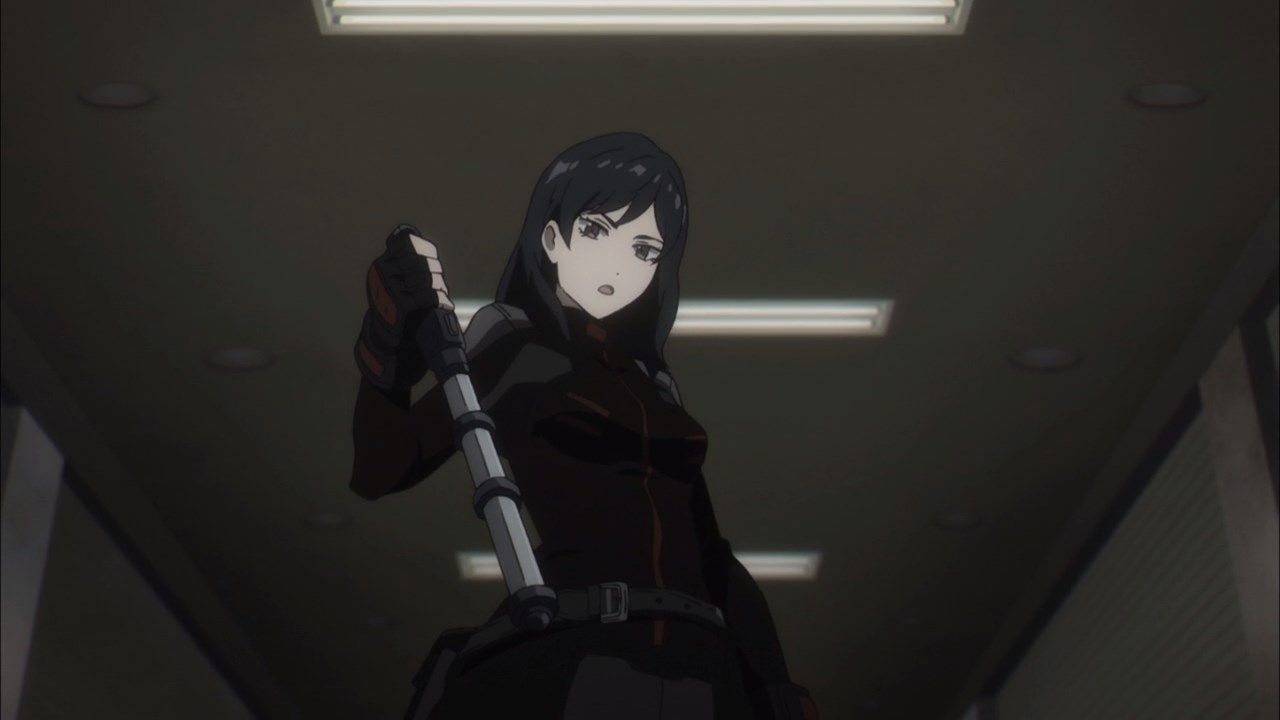 No, turns out that it’s none other than Nagi Kirima where she’s suspected that Masaki Taniguchi is up to no good. But just as she’s about to scold her cousin, Masaki runs away.

Now then, what about Kotoe Kinukawa as she’s left there dazed and confused… unless Nagi beat Kotoe and her thugs into a bloody pulp? 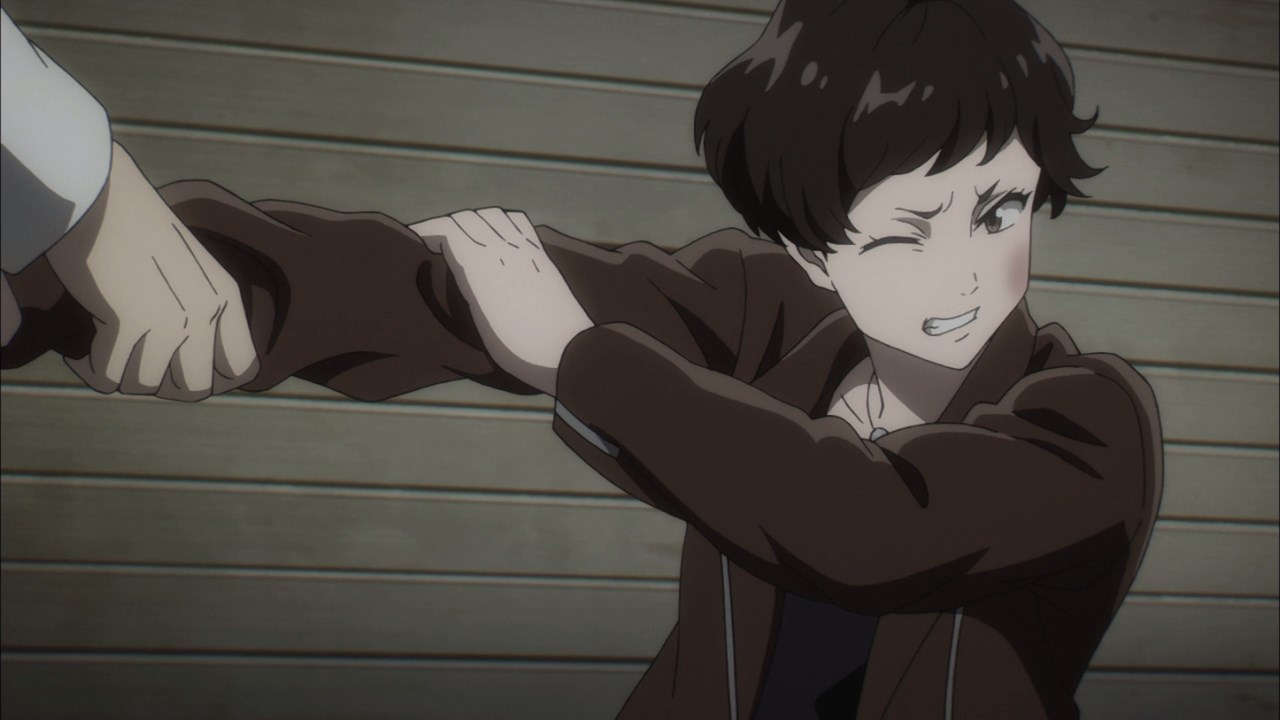 Well, her hand was grabbed by someone who decides to rape her instead of following orders. Then again, that’s not the case for this person… 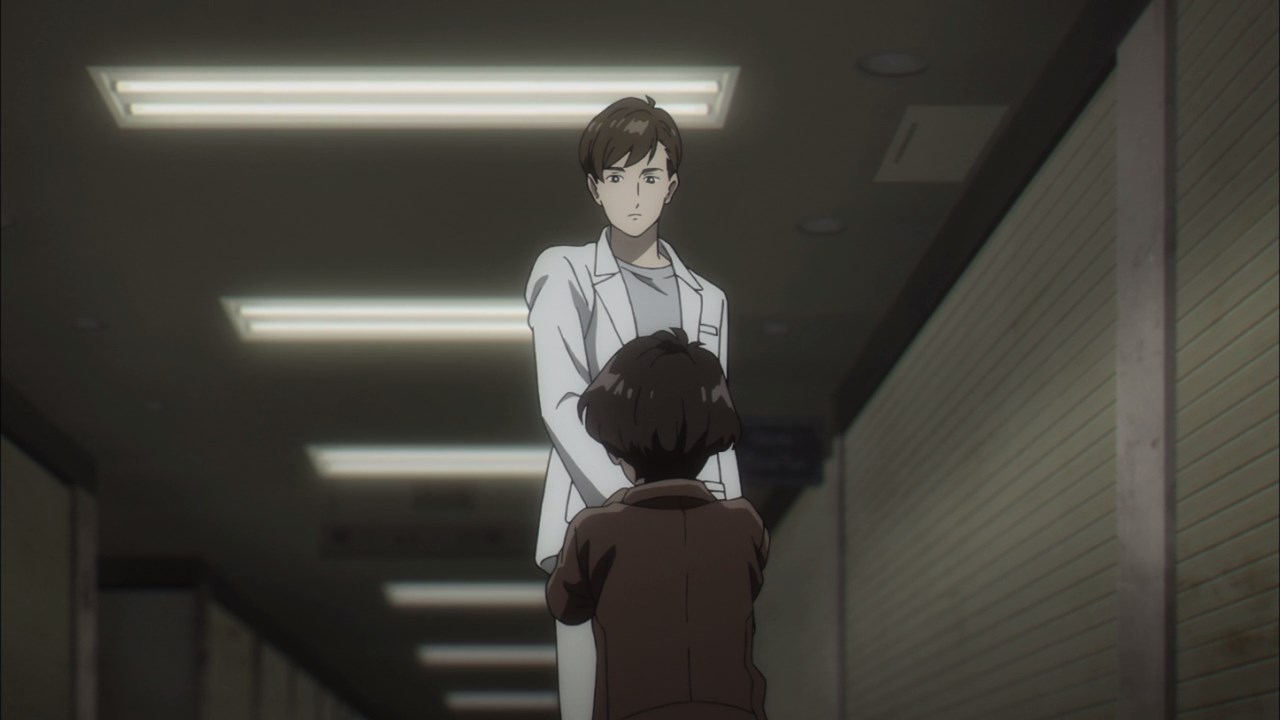 …as it turns out that it’s none other than Kotoe’s cousin, Jin Asukai. Well, glad that he managed to get ahold of Kinukawa.

Still, Kotoe doesn’t know her own cousin since she’s being controlled by Spooky E. However, Asukai-sensei will fix that as he goes deeper to her heart and jog her memory back. 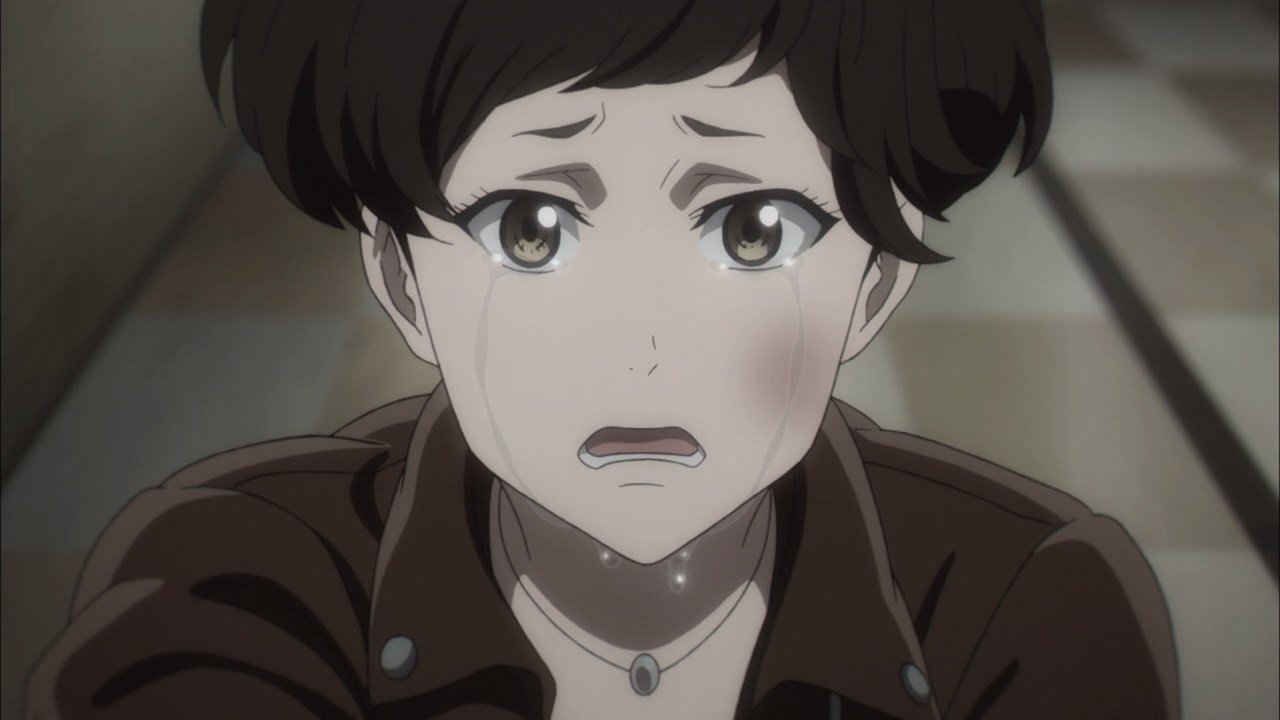 Once Asukai-sensei does that, Kotoe Kinukawa returns to normal as she cries for her cousin! Looks like Spooky E just lost another minion. 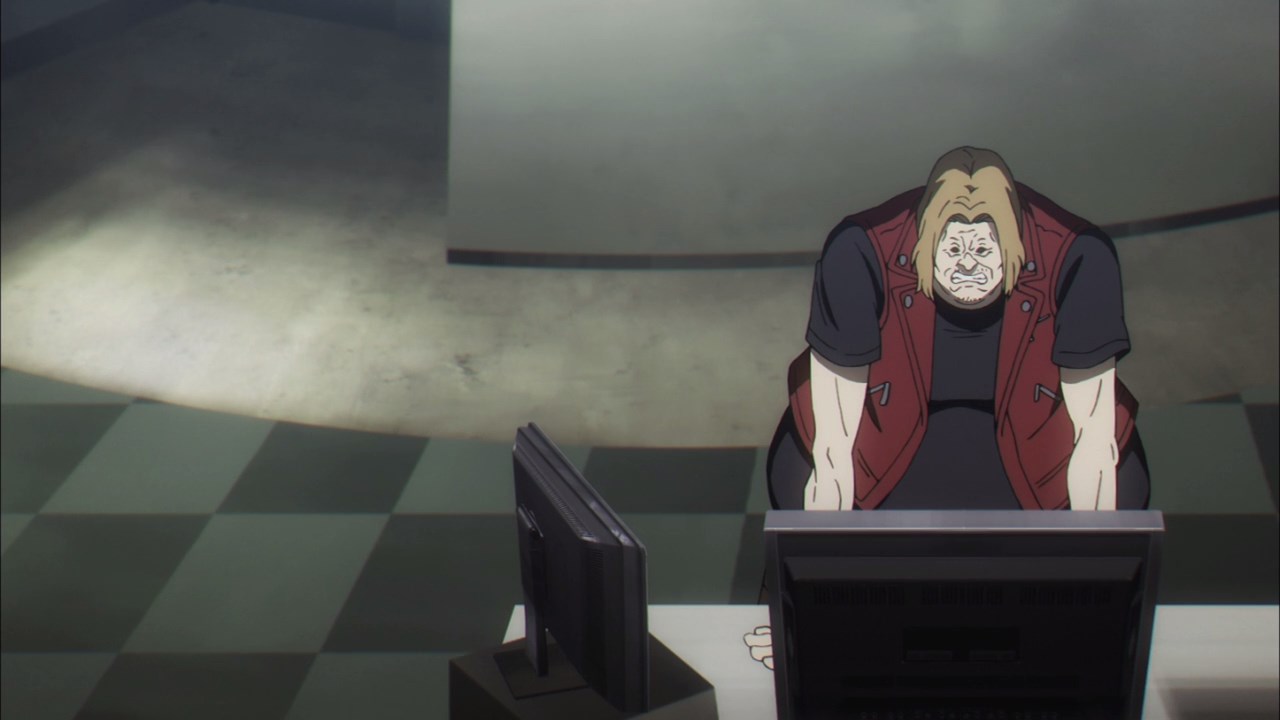 And speaking of Spooky E, it appears that he’s losing his patience as he decides to blow the city up with some chemicals hidden in the tower. 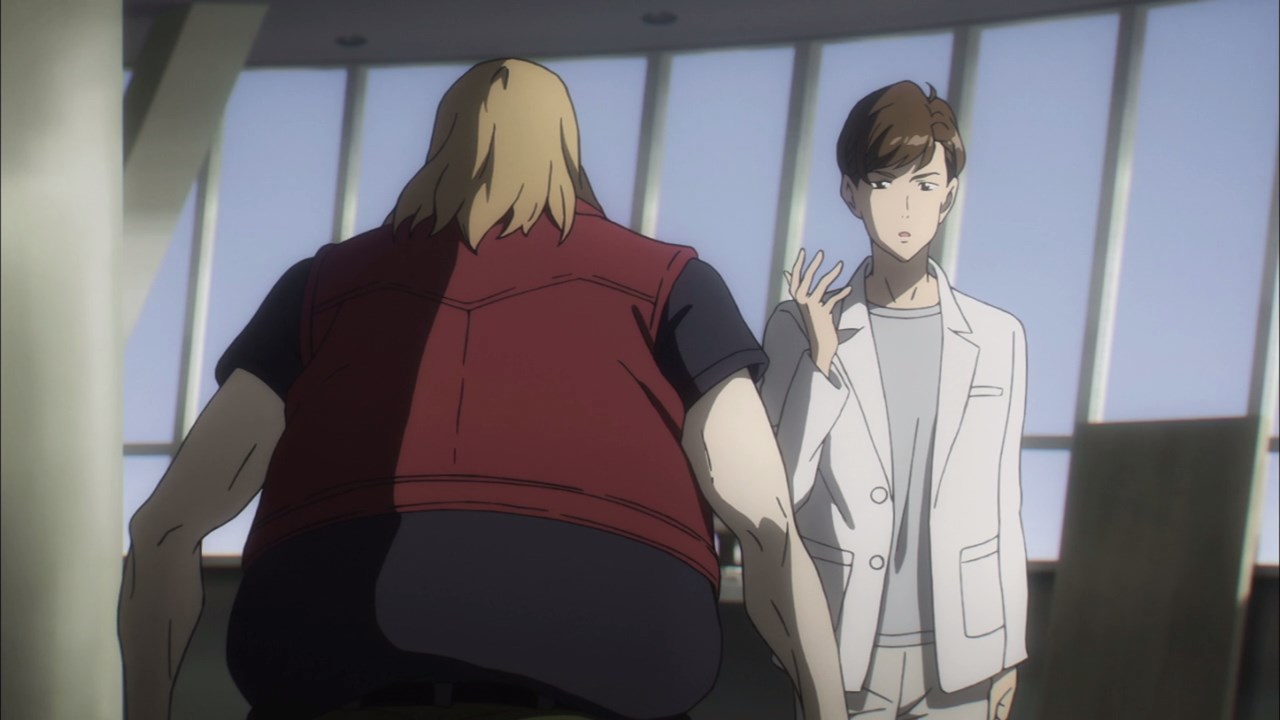 That’s until Jin Asukai shows up where he’s identified himself as the Imaginator.

Well, he’s acting under Suiko Minahoshi’s will, but Asukai-sensei doesn’t like anyone from the Towa Organization interfering with his plans. 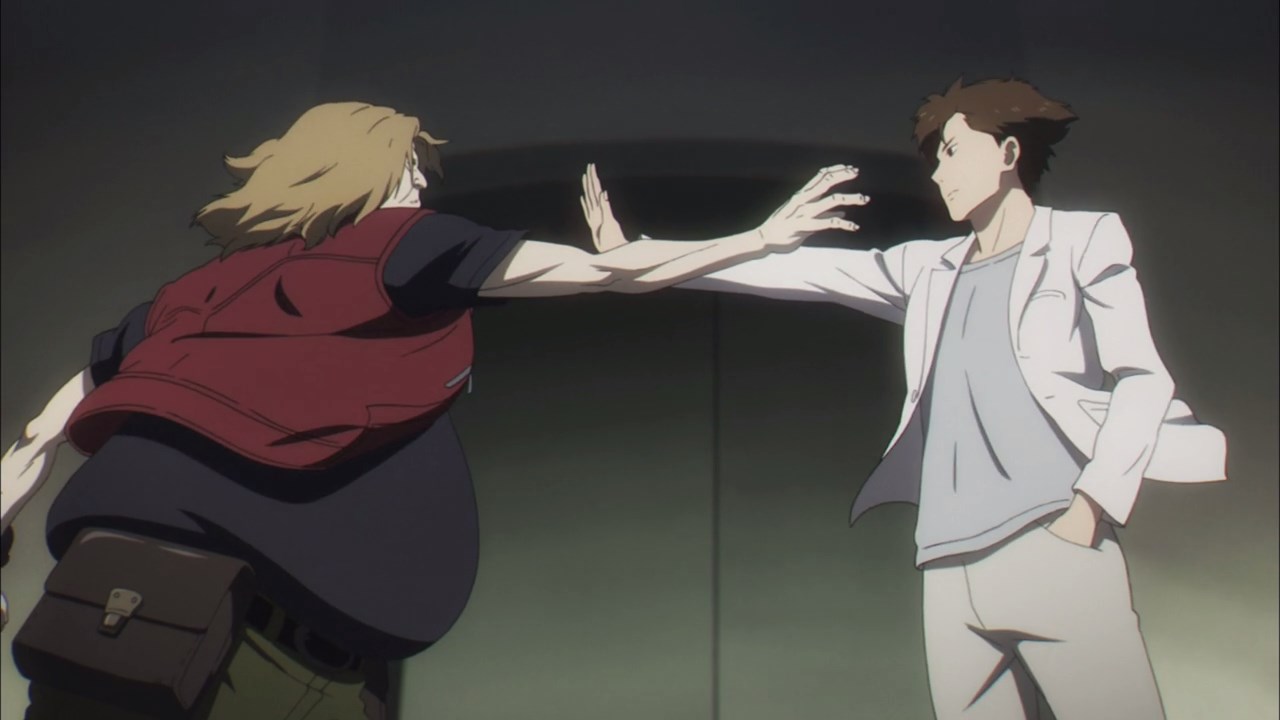 In fact, he’ll prove to Spooky E that his methods are better as Jin Asukai can manipulate someone’s hearts compared to Spooky E, where he just mind-control people by electrocuting their brains. 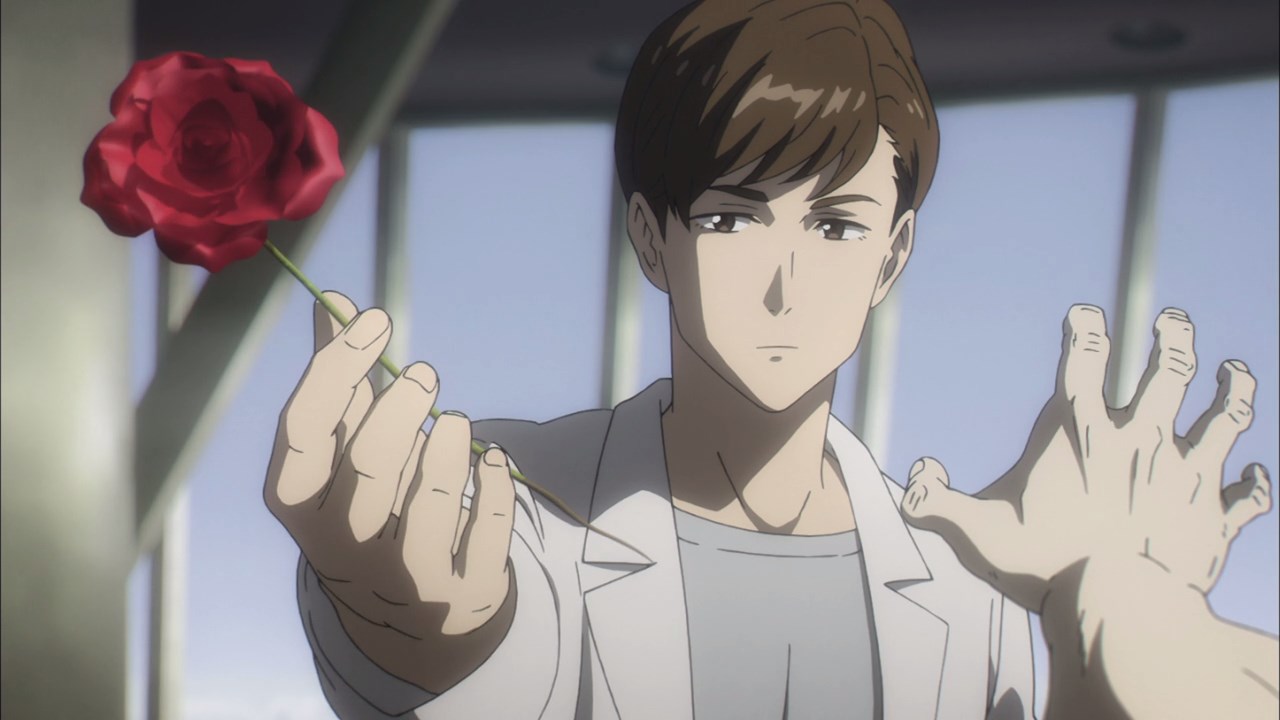 And as you can see, Asukai-sensei removes Spooky E’s aggression as if he removed the thorns from this rose. With that said, Spooky E can’t win against the Imaginator as Asukai-sensei will destroy the entire Towa Organization.

On second thought, he decides to control the organization from within so he can spread Imaginator’s will throughout the world. And really, having Towa Organization to back him up is a dangerous combination. Come to think of it, I wonder if they’re the ones who distributed drugs from the first story arc as well? 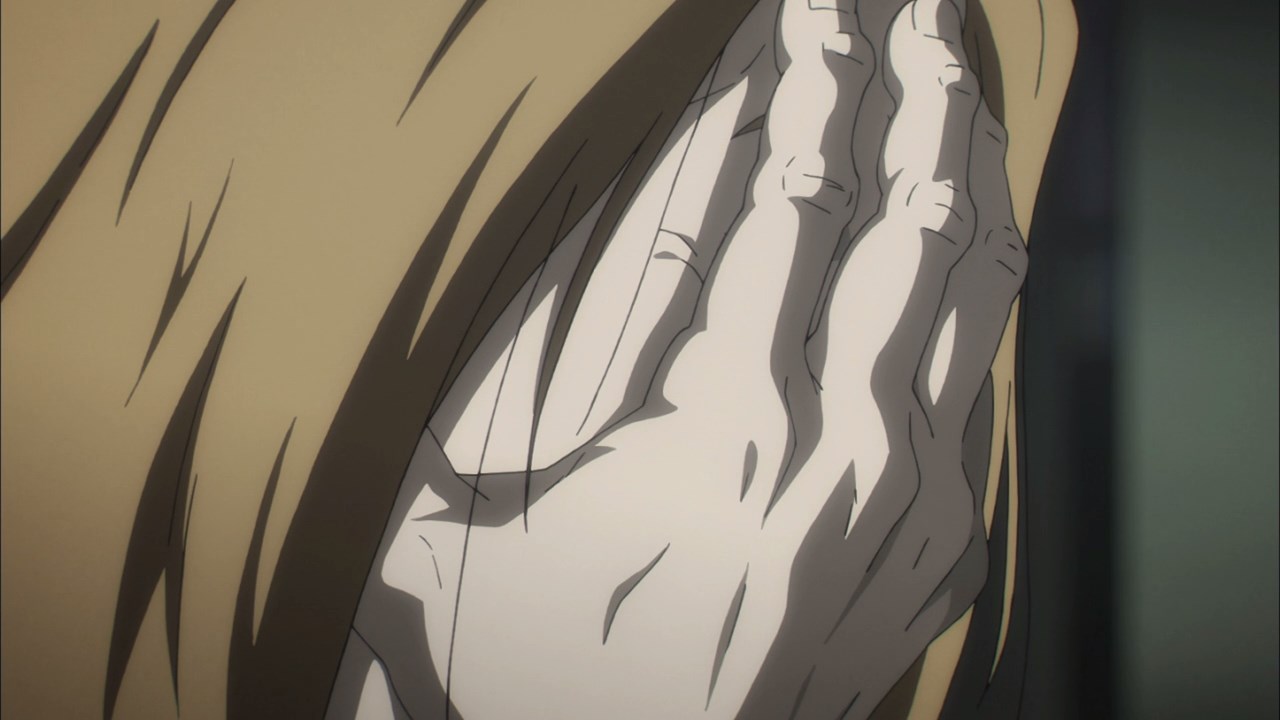 Anyways, Spooky E has no choice but to give up as he places his hand on his face… 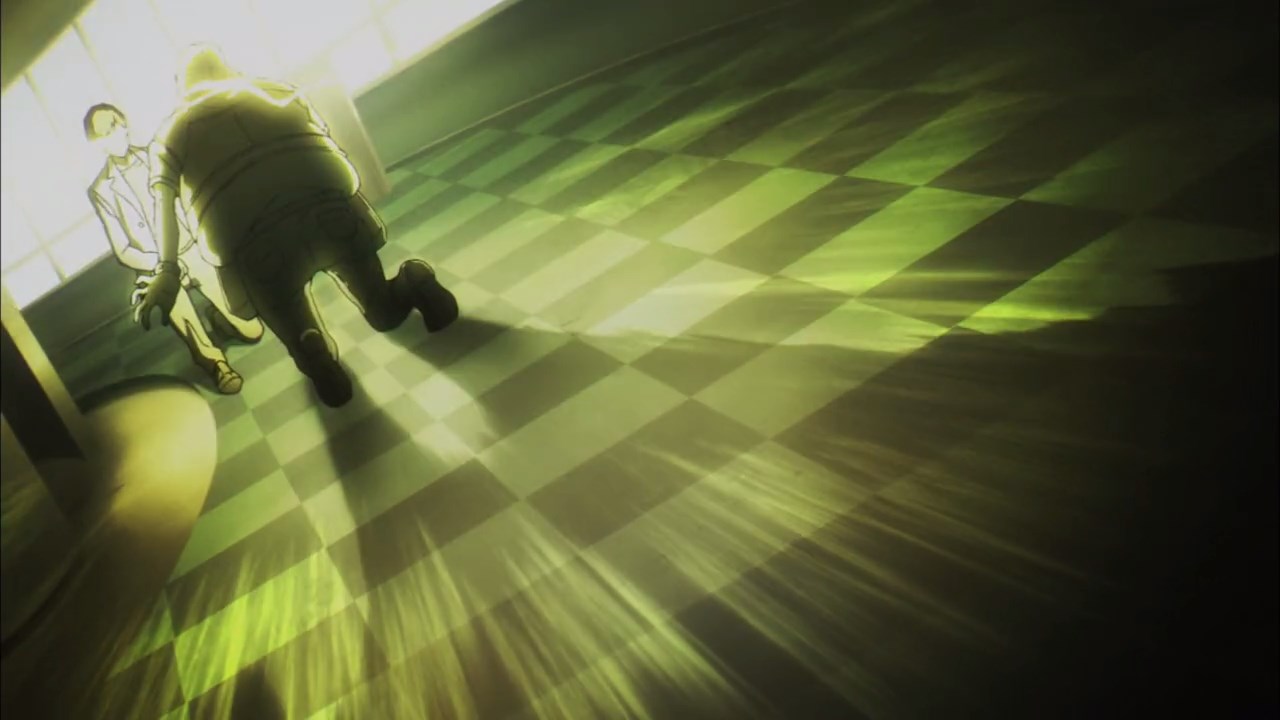 …and electrocute himself to death. Well, Spooky E will surely be missed as his organization is now under Imaginator’s control. And really, they didn’t stand a damn chance!

Now that Spooky E is out of the picture, what happened to Aya Orihata since she’s gone missing? 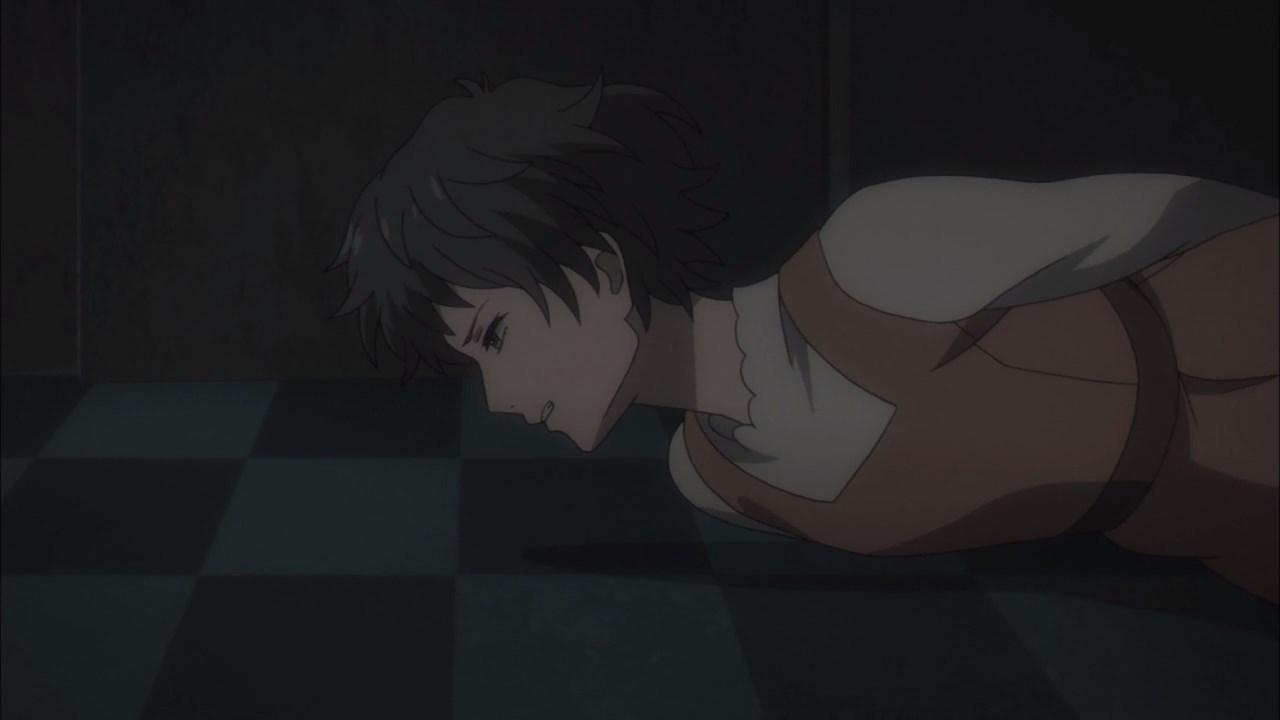 Oh, she’s here inside the tower where Aya was tied behind her back. So it seems that she didn’t just killed in the previous episode, but rather captured by Spooky E. 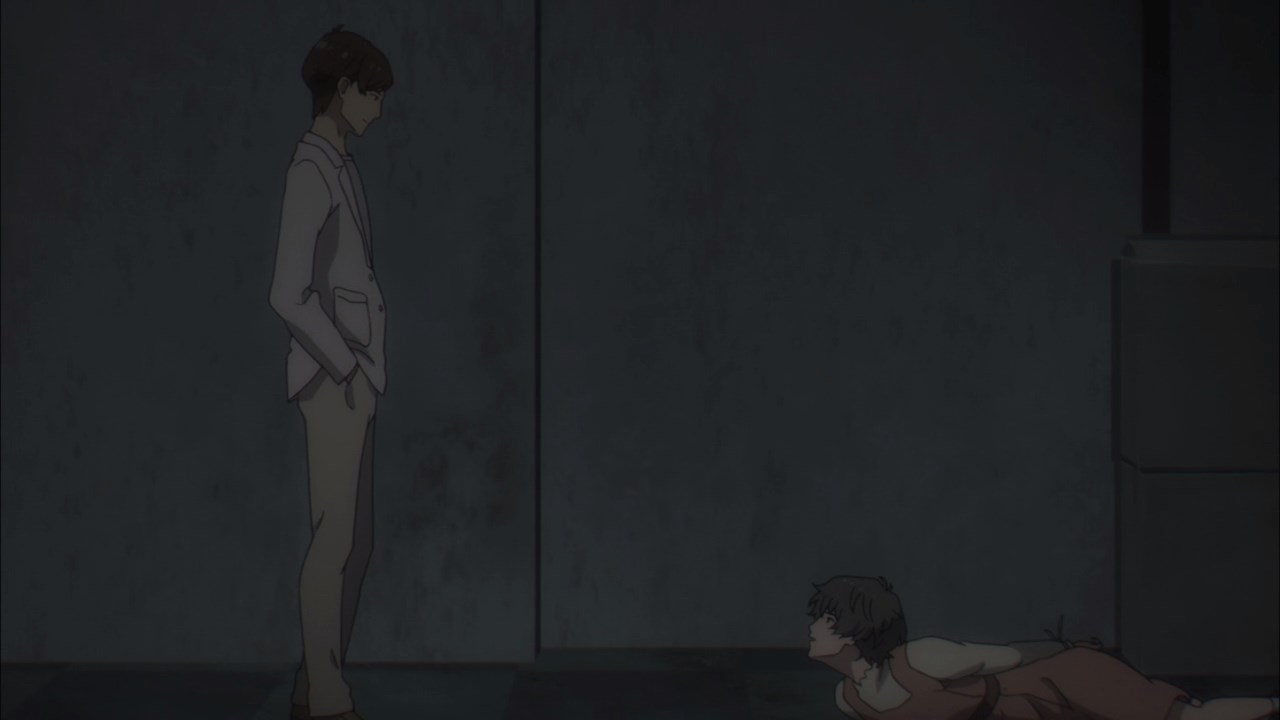 Then again, Aya will be in danger now that Jin Asukai or should I say Imaginator is in charge now as he’s planning to use Orihata as a sacrifice for his grand scheme.

In any case, let’s hope that Boogiepop will be here to save Orihata and stop Asukai-sensei from controlling the entire world under Imaginator’s will. Tune in next time for the conclusion of this story arc!