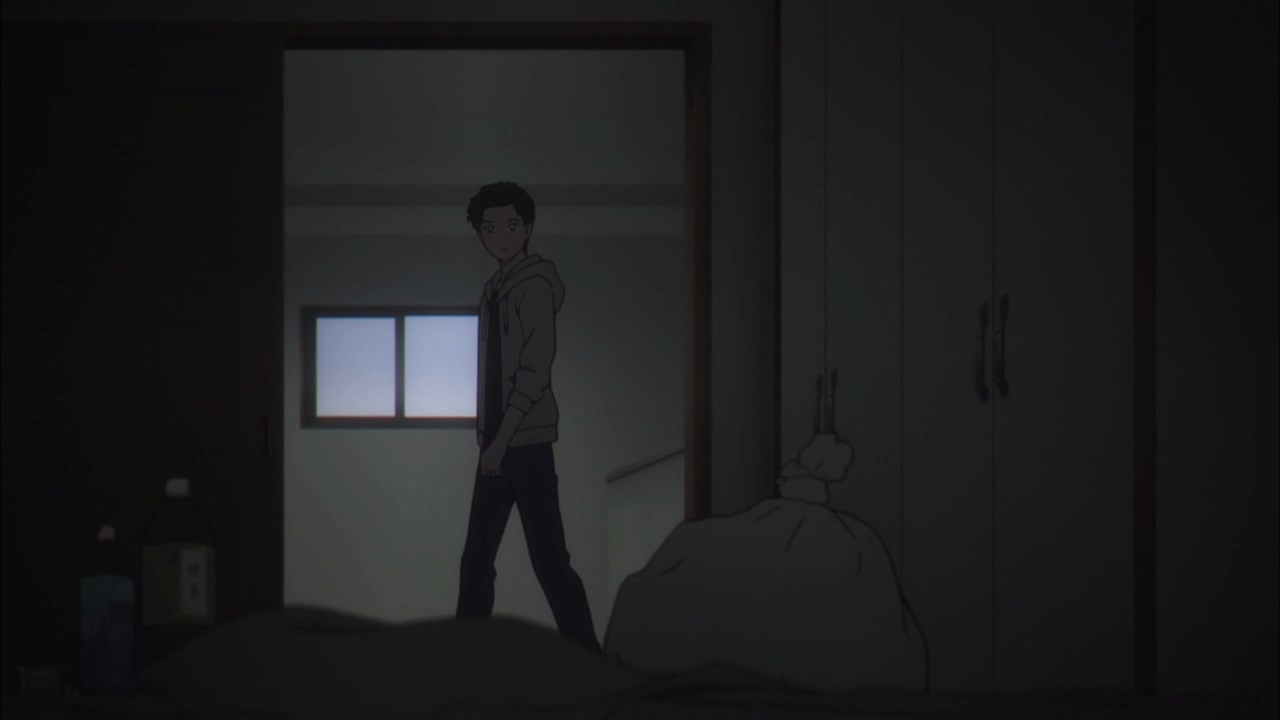 Well, this is the conclusion of this second story arc as Masaki Taniguchi continues his search of Aya Orihata. Unfortunately, he couldn’t find her but Masaki found something shocking.

You see, Taniguchi found some photos of naked Orihata, hinting that she got around with men. Unfortunately, those men didn’t knock her up and therefore Spooky E (and the entire Towa Organization) decides to dispose Camille off.

So yeah, seems that it makes sense of why Aya wants to have sex with Masaki after he rescued her from Ep. 4 or 5. Then again, this gives a notion that Orihata is a slut, but I don’t want her to be a sex slave forever because c’mon, Aya needs to live a normal life! 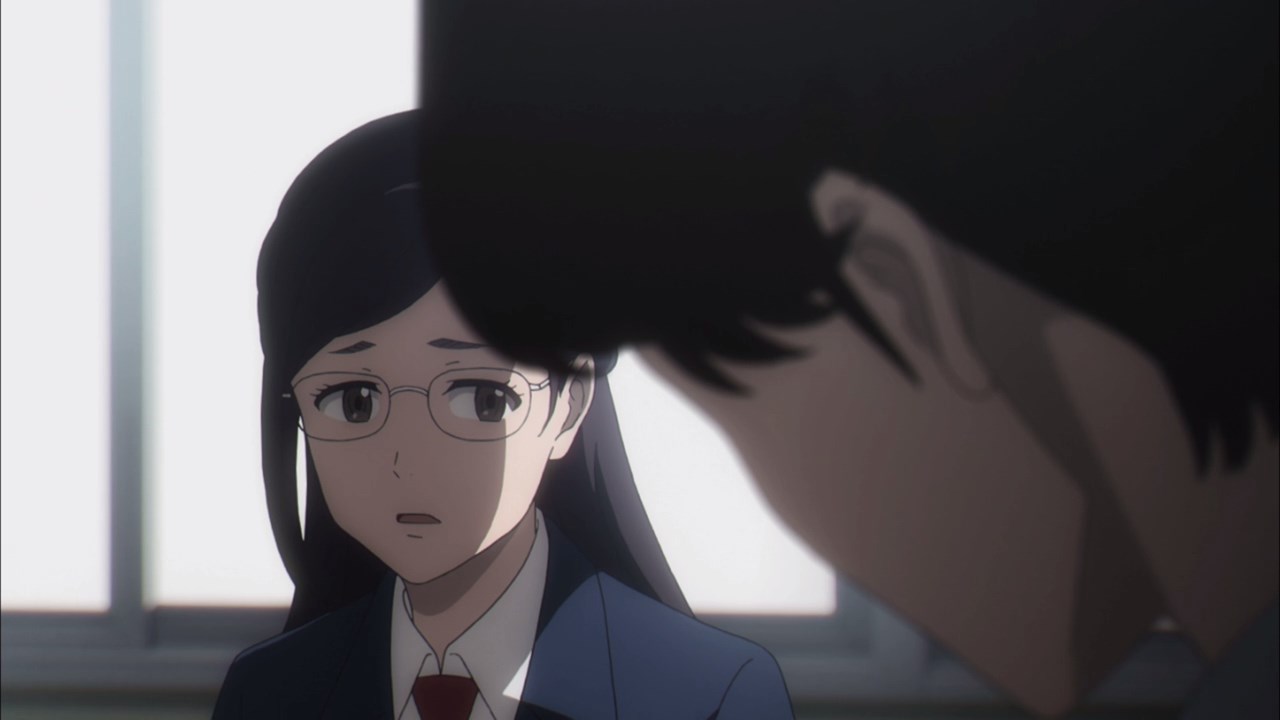 Meanwhile, let’s talk about Kotoe Kinukawa as she was taken to a hospital after suffering some minor injuries from Masaki Taniguchi and possibly Nagi Kirima.

Unfortunately, Kotoe Kinukawa told Kazuko Suema that she can’t remember the time being controlled by Spooky E and changed her personality overnight. I mean, it’s unusual for one person to change moods in a single day unless that person has mood swings. 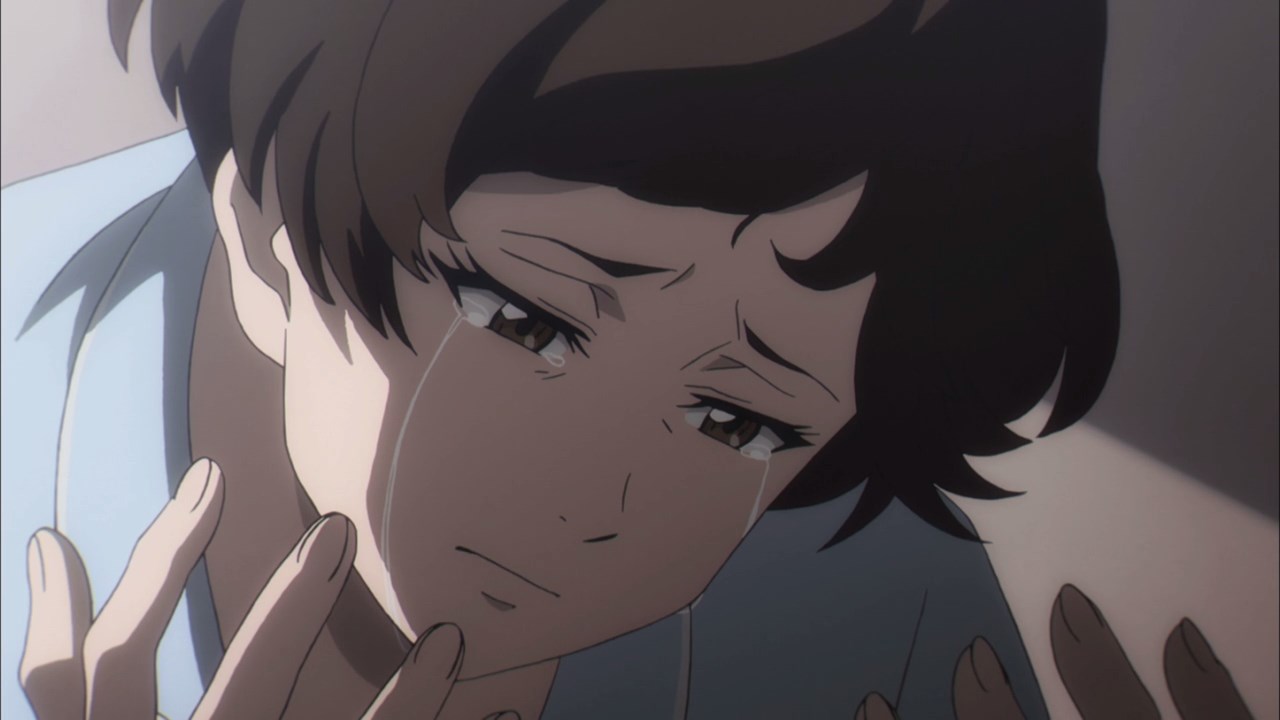 Of course, Kinukawa is saddened that she won’t see her cousin Jin Asukai ever again. While he’s still be around, Asukai-sensei will fulfill Imaginator’s vision throughout the world by any means necessary, even if his body (and possibly his spirit) disappears. 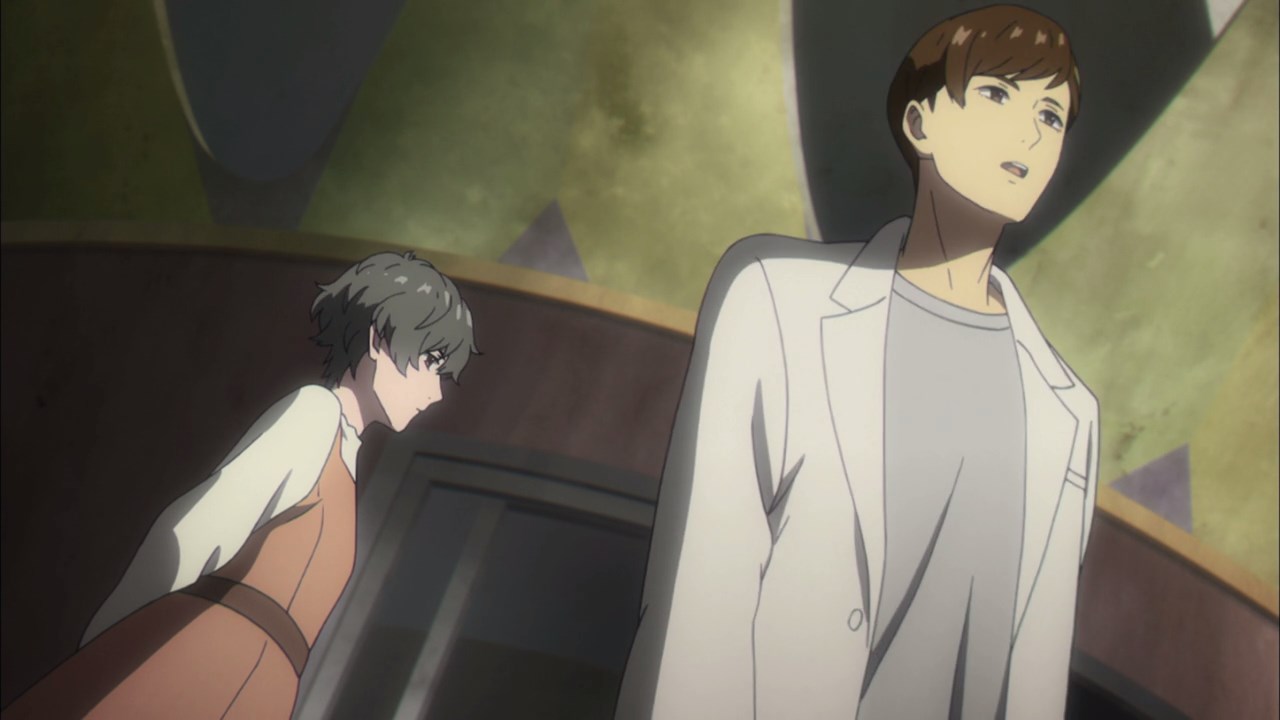 And he’ll do it tonight using Camille as a medium. All that Asukai-sensei needs to do is to take her heart and Imaginator will do the rest. 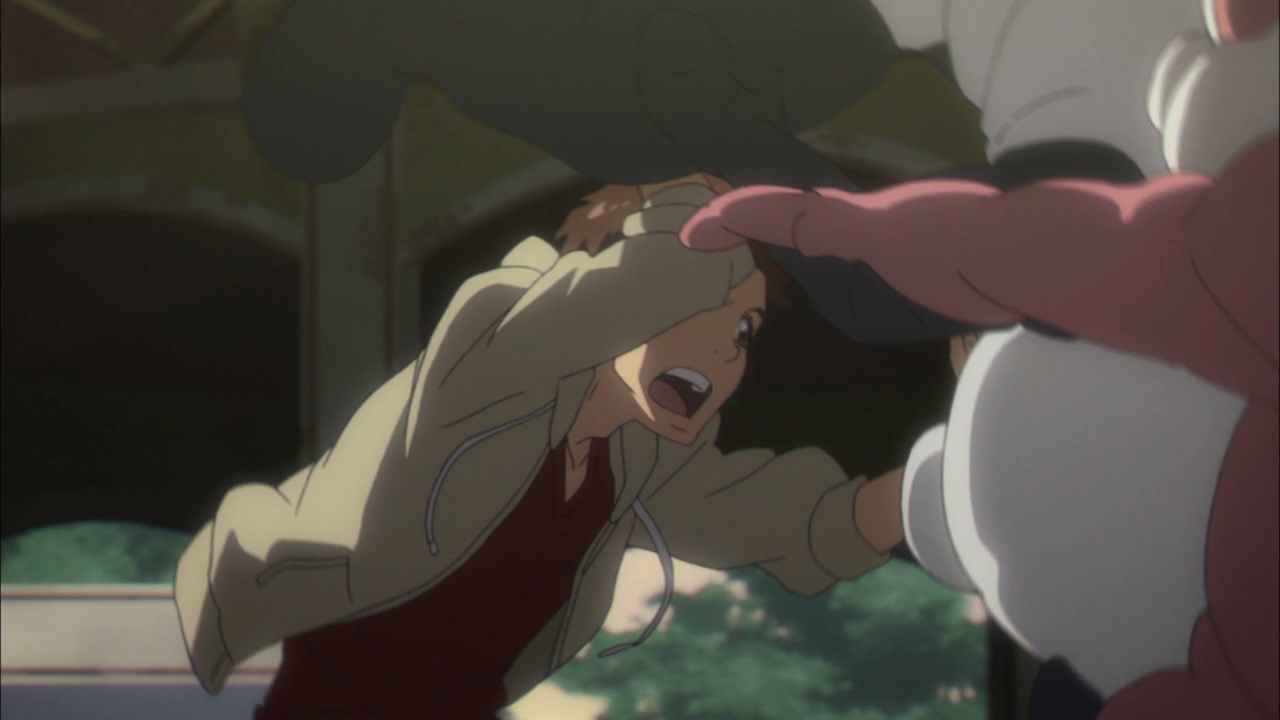 However, Jin Asukai will have to deal with an intruder named Masaki Taniguchi as he arrived at the unfinished theme park, Paisley Park.

Of course, Taniguchi must wrestle his way against goons in costumes who are under Asukai’s influence. While Masaki can take care of those goons since he learned martial arts… 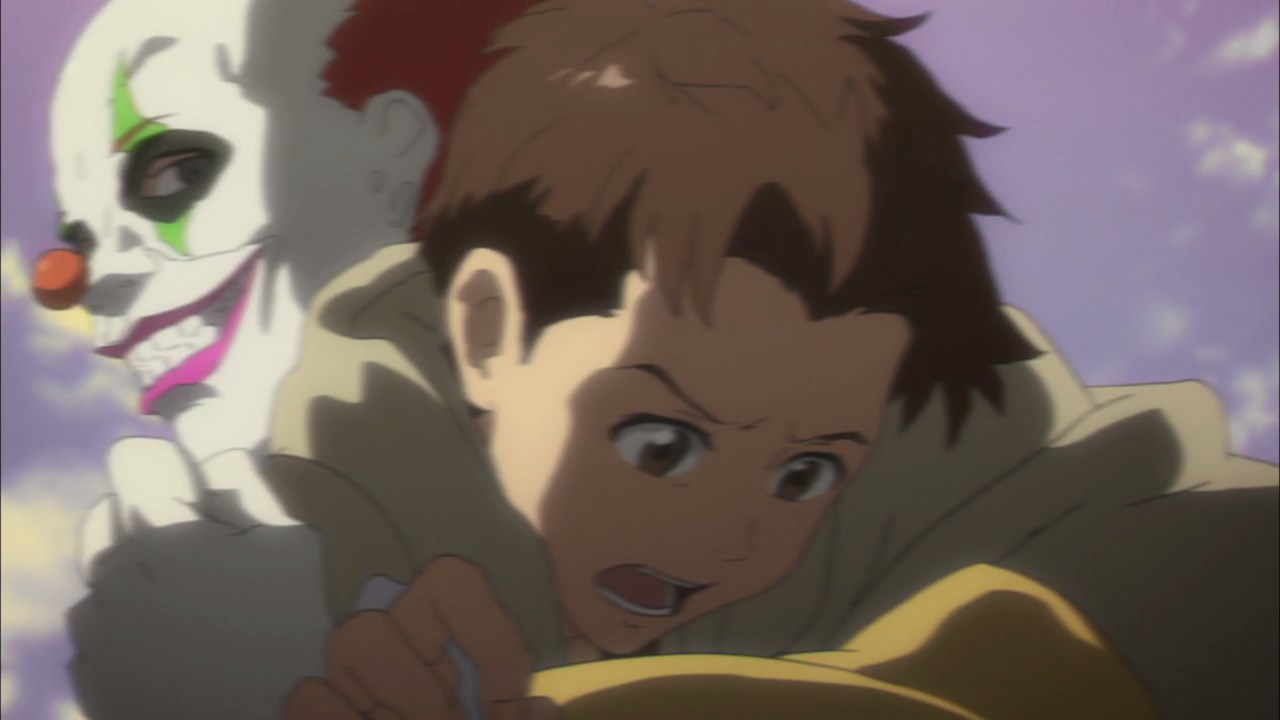 …he’s not prepared against clowns who tackled him from behind. Damn, not the clowns! 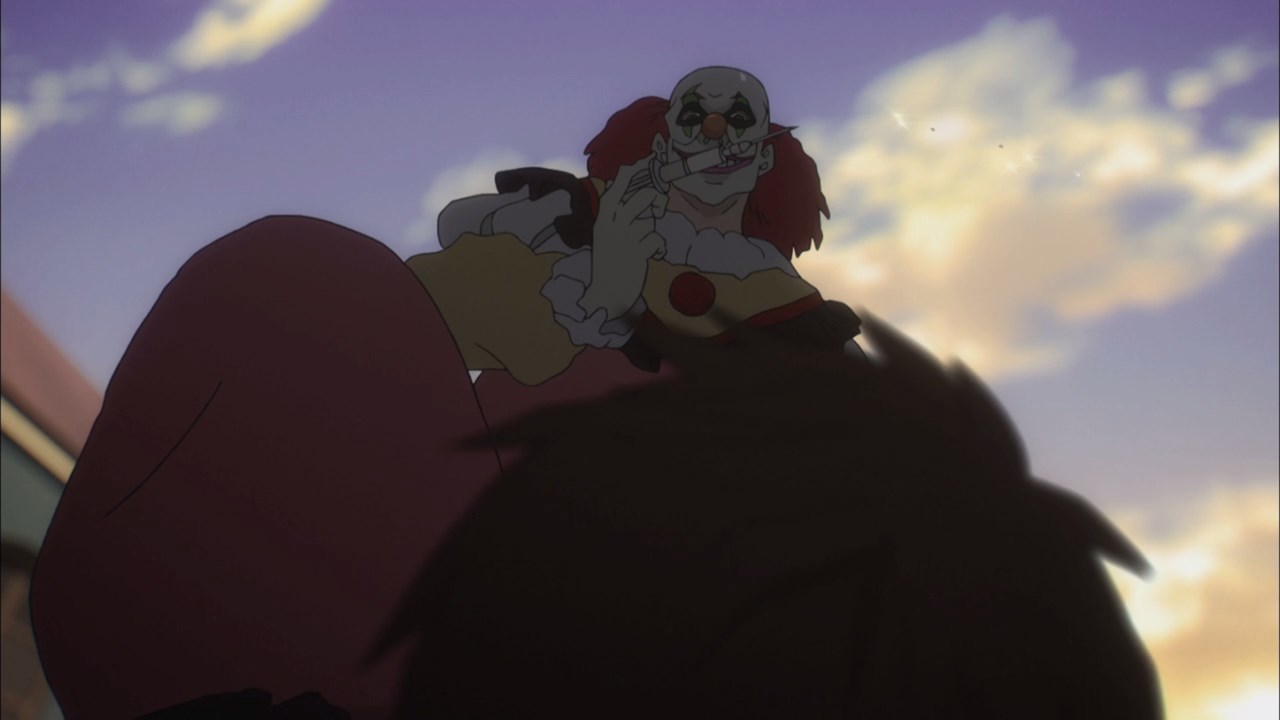 Oh and worst of all, they’re gonna brainwash Taniguchi by injecting him with this serum. Man, if only someone would save Masaki! 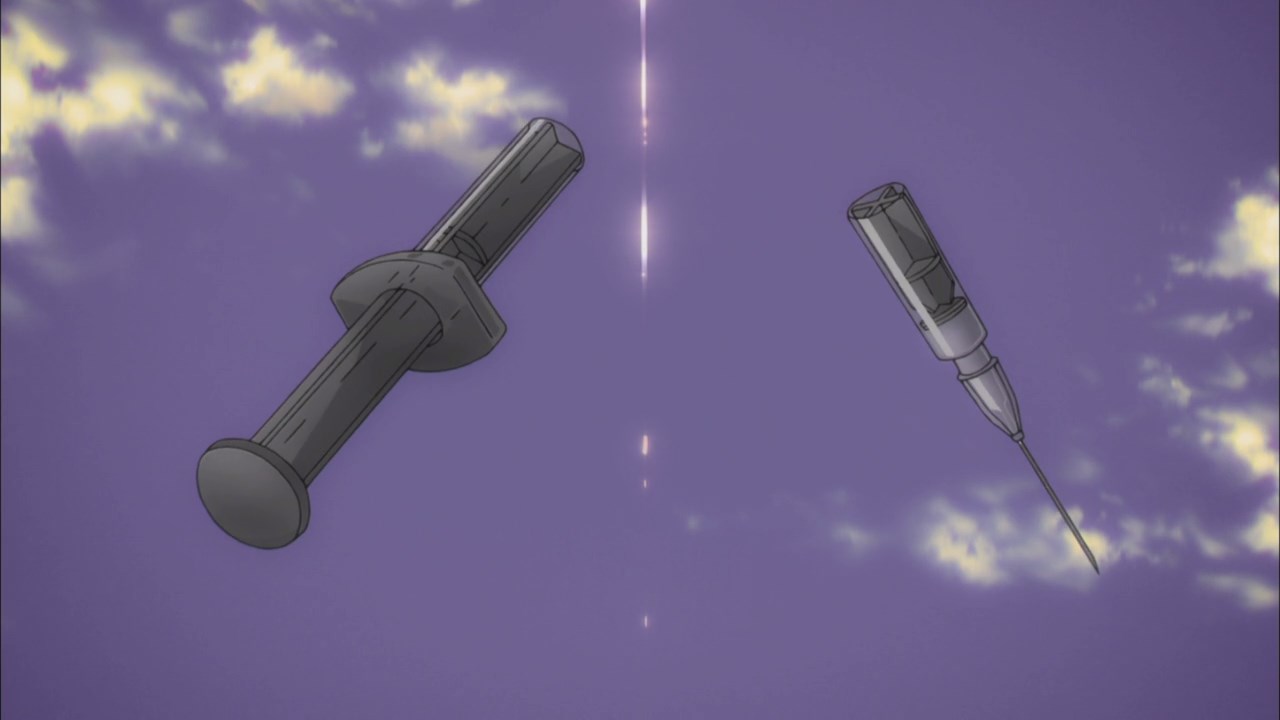 Fortunately for him, someone cut this syringe in half with these familiar strings. 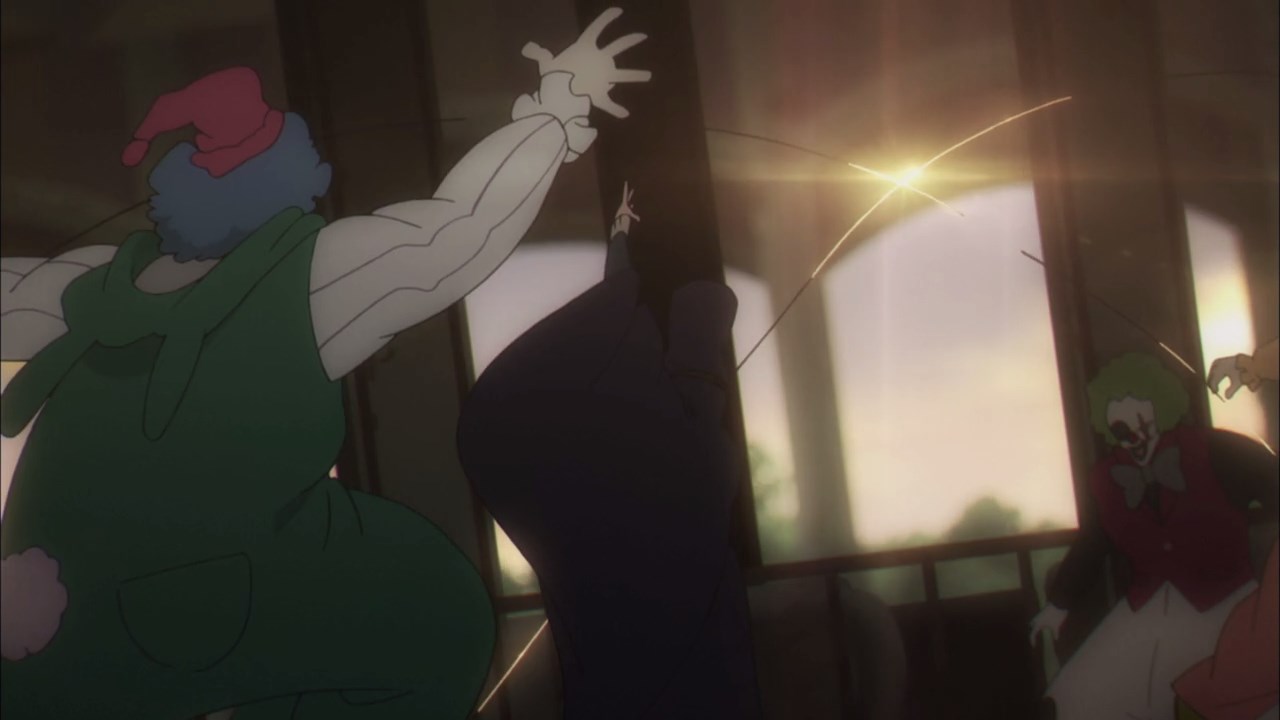 And not only that, but this familiar grim reaper took these goons out effortlessly, all to the tune of Richard Wagner’s “Die Meistersinger von Nürnberg”. 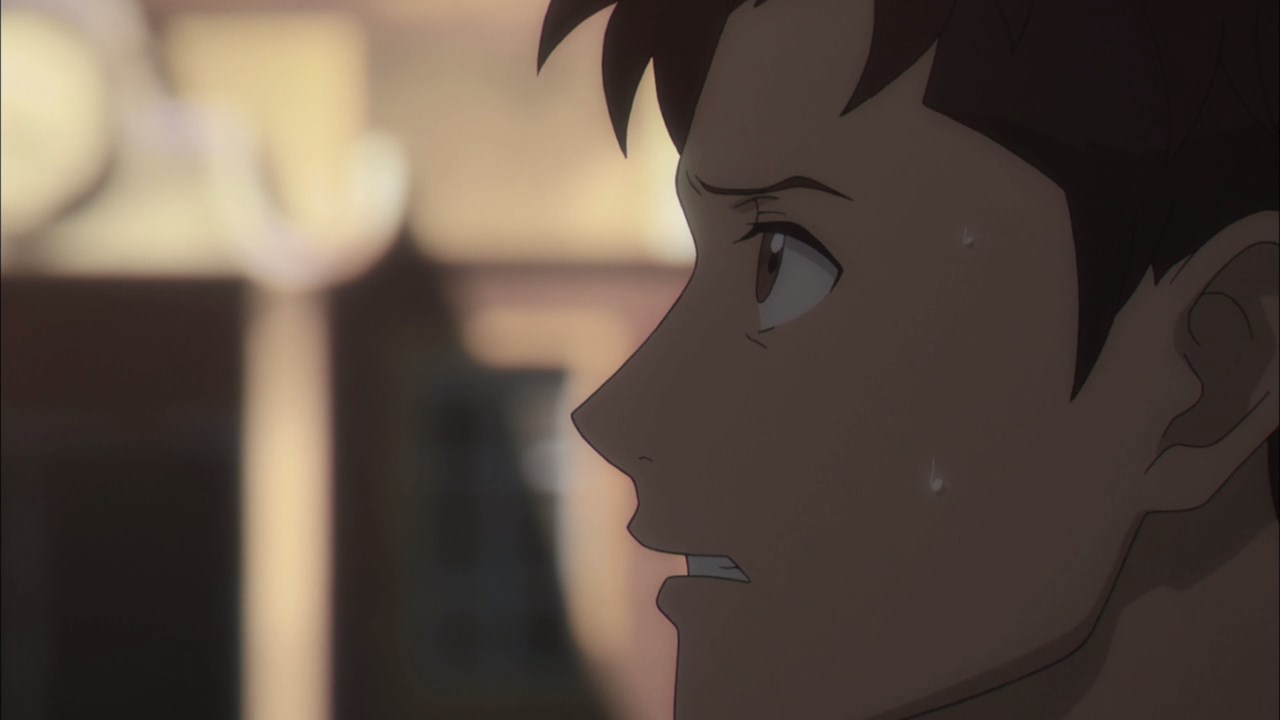 And as for Masaki Taniguchi, he just lie there and watch as the real Boogiepop dismantled those goons in costumes. 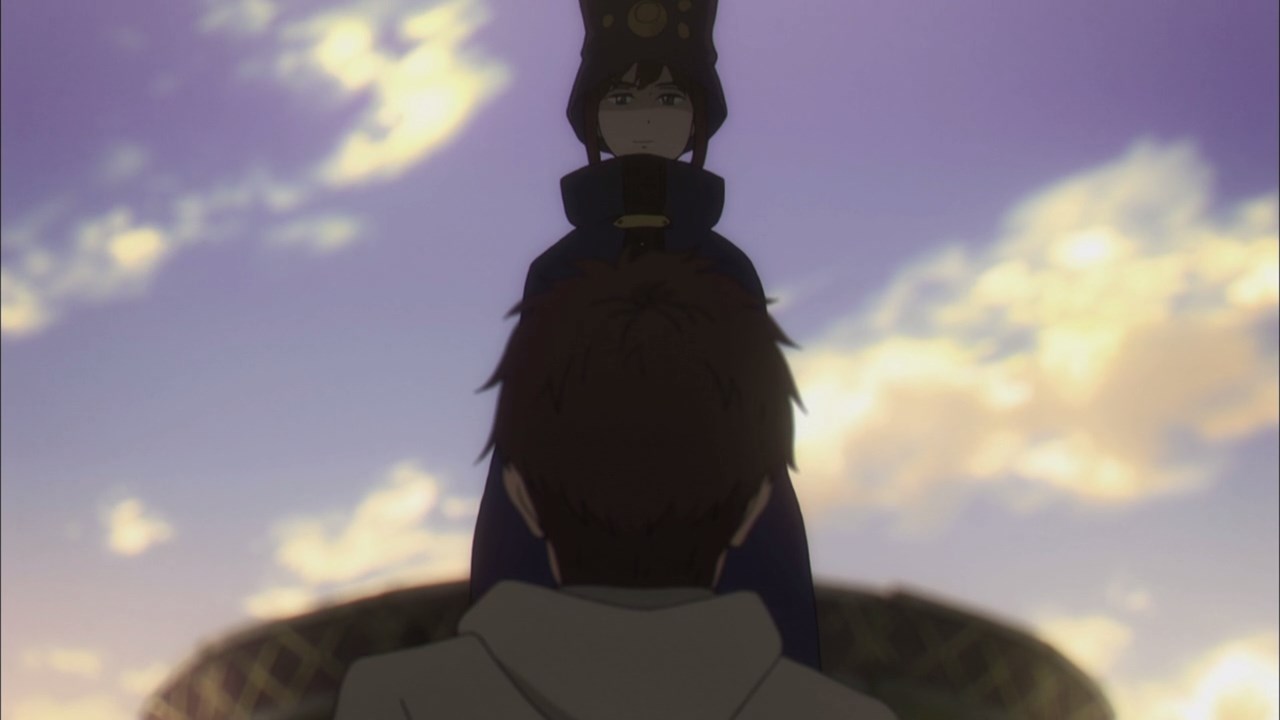 Of course, Boogiepop told him that he’s being controlled by Spooky E all along, which means that his feelings for Aya Orihata might not be genuine at all. Then again, I feel that there’s no outside influence on his true feelings for Orihata.

On the other hand, it seems that Masaki’s apparent mind-control by Spooky E might be alluded to people being brainwashed to meet societal expectations, which I was intrigued that Boogiepop would drop some social commentary to this second arc. 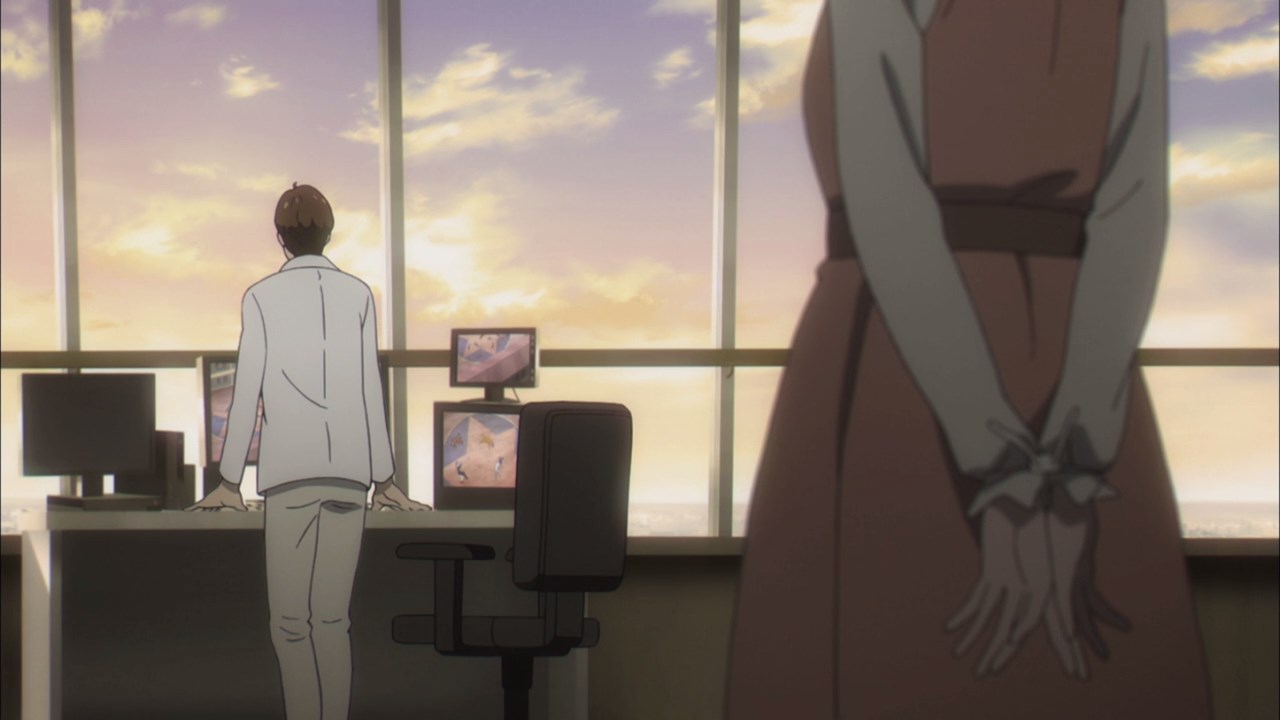 But thanks to Boogiepop’s intervention, it seems that Jin Asukai’s plan is starting to crumble. With no time to waste, he proceeds to take Camille’s heart… 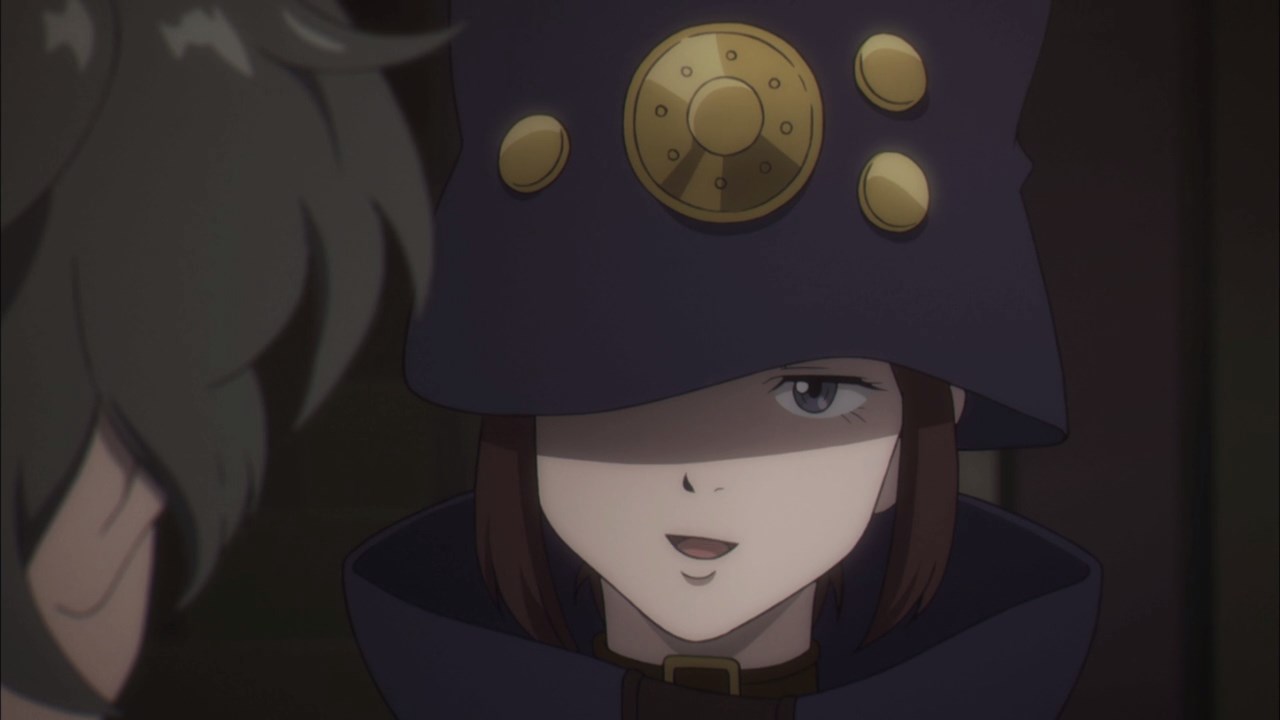 …only to find out that Boogiepop has arrived to tell Asukai-sensei that his plan has already failed. Why? Because his plan of taking Aya Orihata’s heart might be a bad idea. 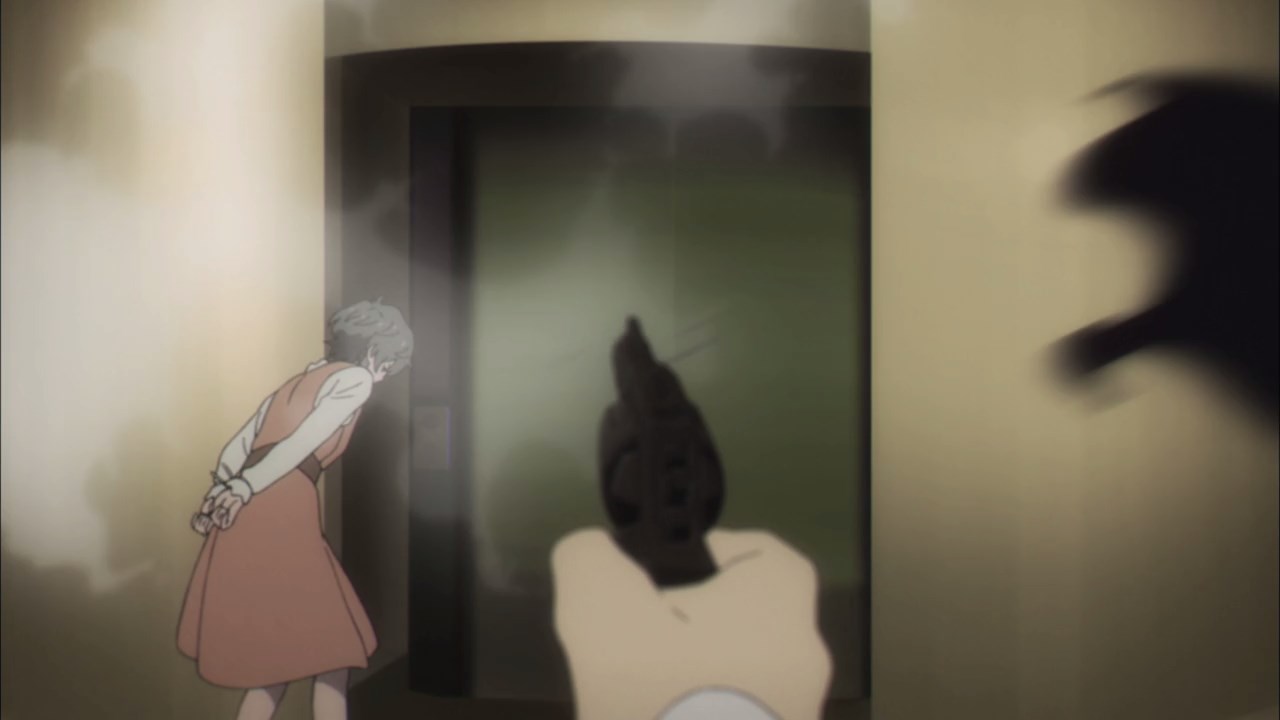 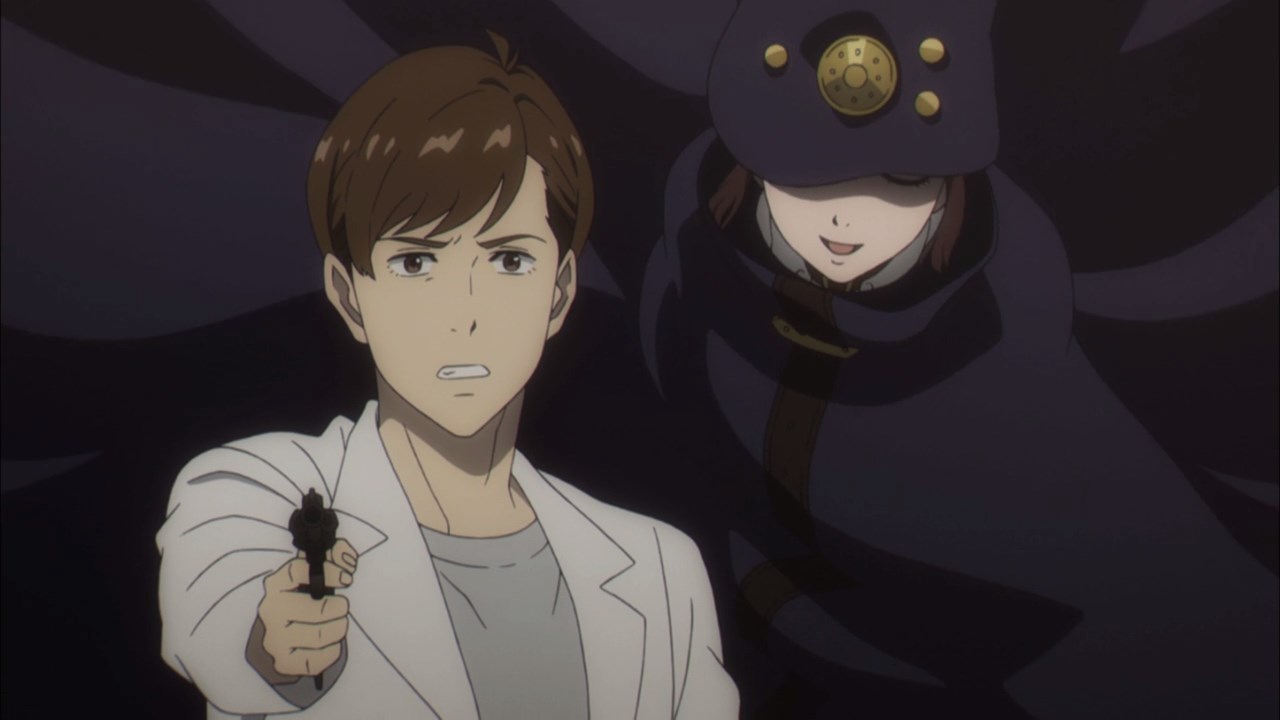 Oh, and Asukai-sensei pulled a gun and tries to shoot at the grim reaper, but Boogiepop told him to just give up already after sneaking him up from behind.

You see, Jin Asukai can’t grasp Aya Orihata’s heart because for one, she’s not a human being to begin with. Also, it’ll be useless to use the chemicals stored in the tower because I doubt that it could make snow in Spring. Even if Asukai-sensei managed to create snow out from those chemicals, it will melt in the end anyway. And so, Jin Asukai is defeated! 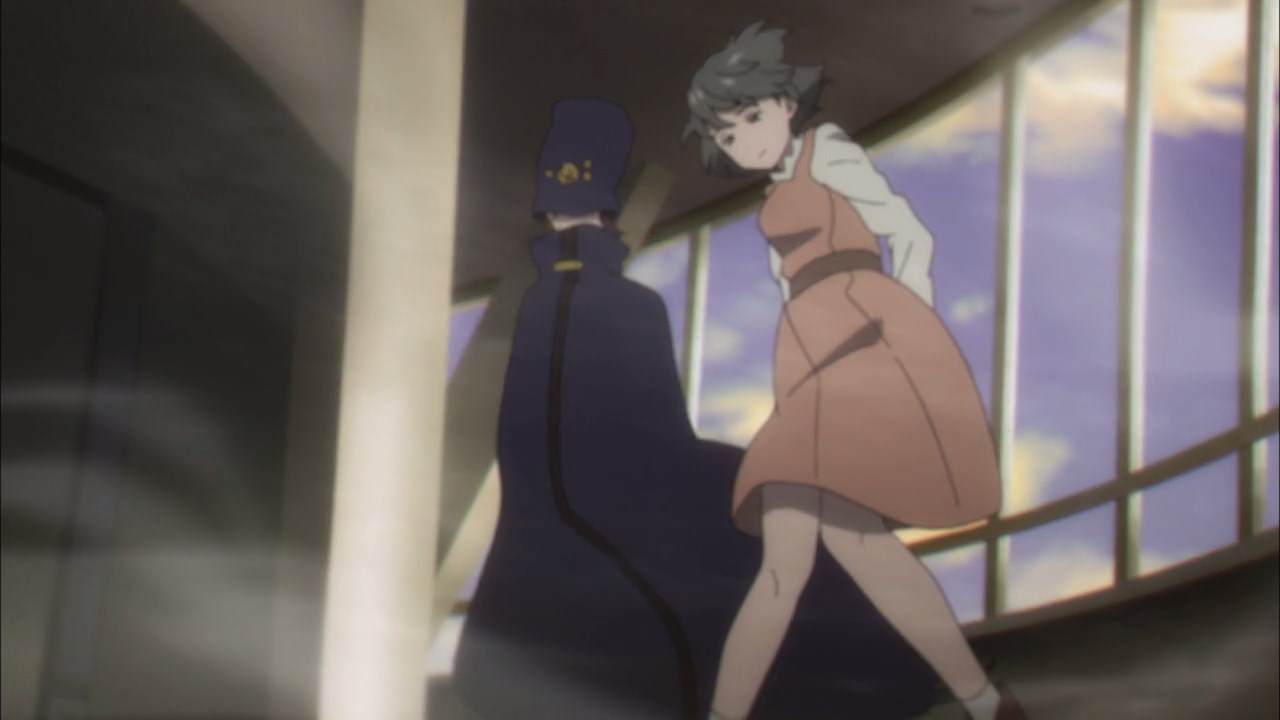 But not until some gust of wind managed to seep into the tower after breaking the glass windows. And really, this strong gust would send anyone flying. 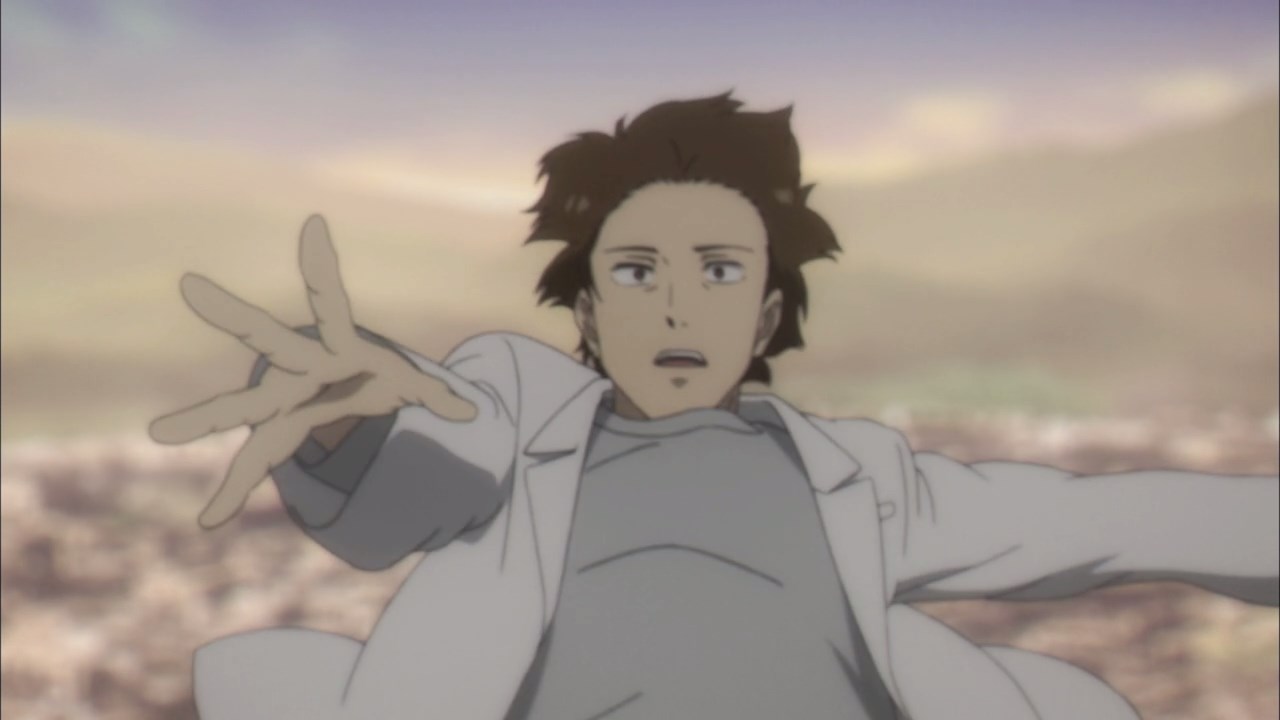 This includes Asukai-sensei where he’s got blown away by this wind and about to drop down to his demise. 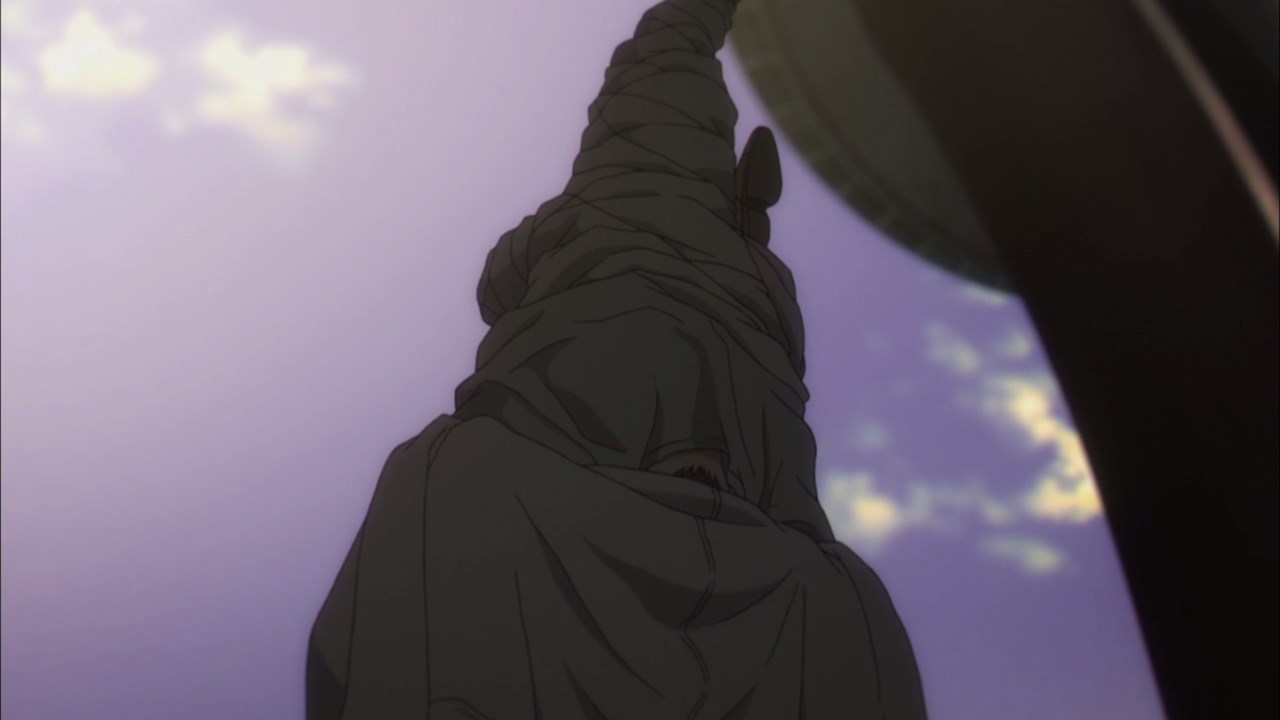 Fortunately, Boogiepop managed to rescue Jin Asukai because he’s not worth killing according to the grim reaper. Of course, I’m not sure if Asukai-sensei just knocked himself unconscious due to whiplash or worse than that. 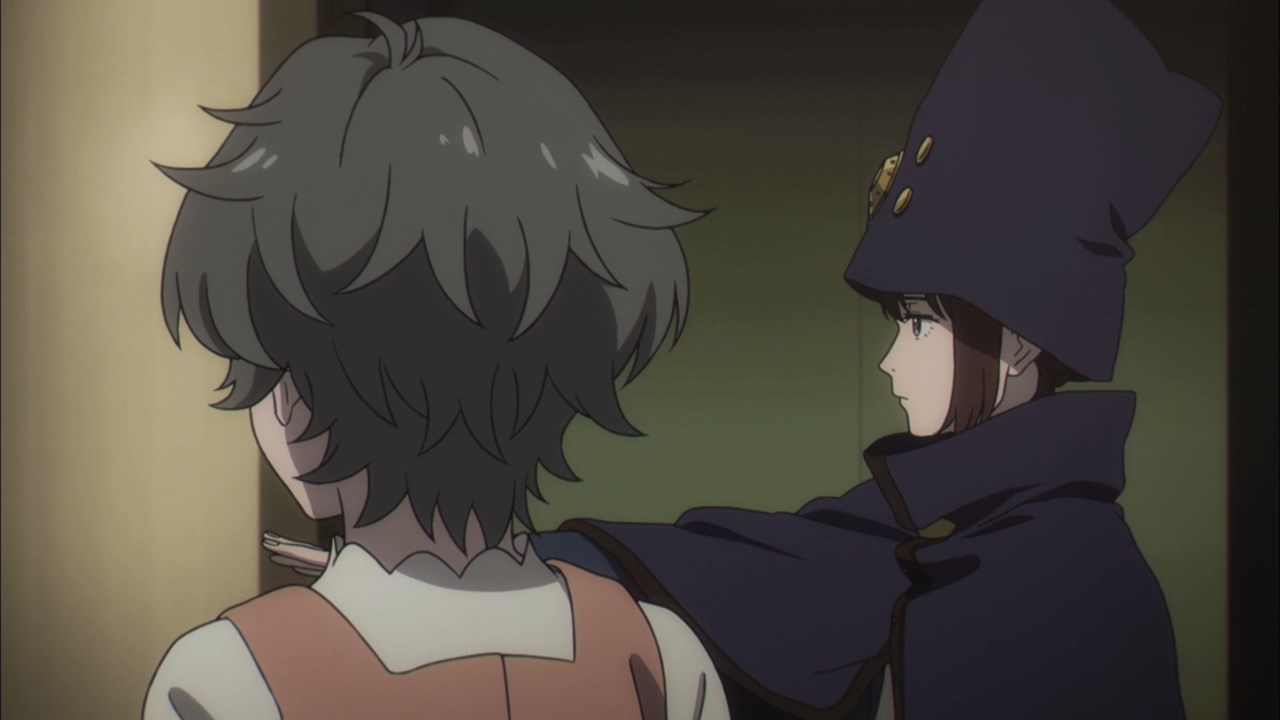 Oh, and Boogiepop don’t consider of killing Camille or Aya Orihata because the grim reaper has its sights on stopping Imaginator or Suiko Minahoshi. Speaking of Suiko Minahoshi, where is she? 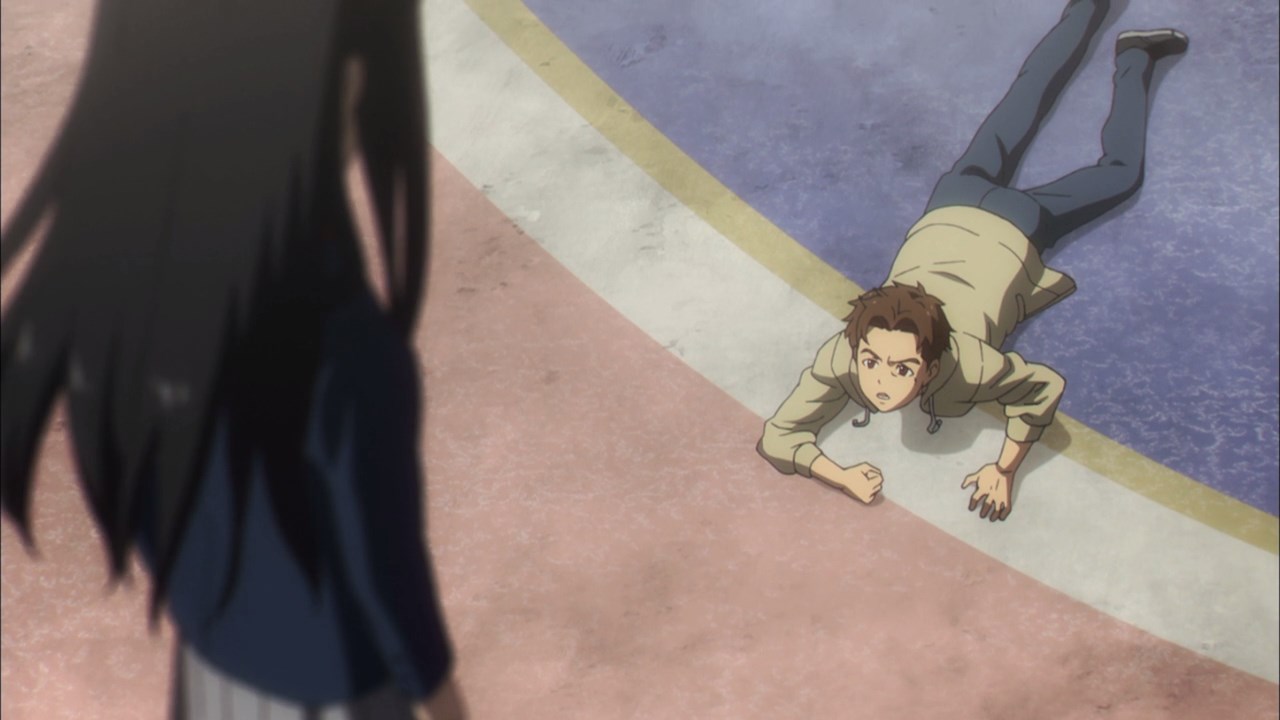 Oh, seems that Masaki Taniguchi saw a girl floating in the sky. Could it be that he saw Suiko Minahoshi? 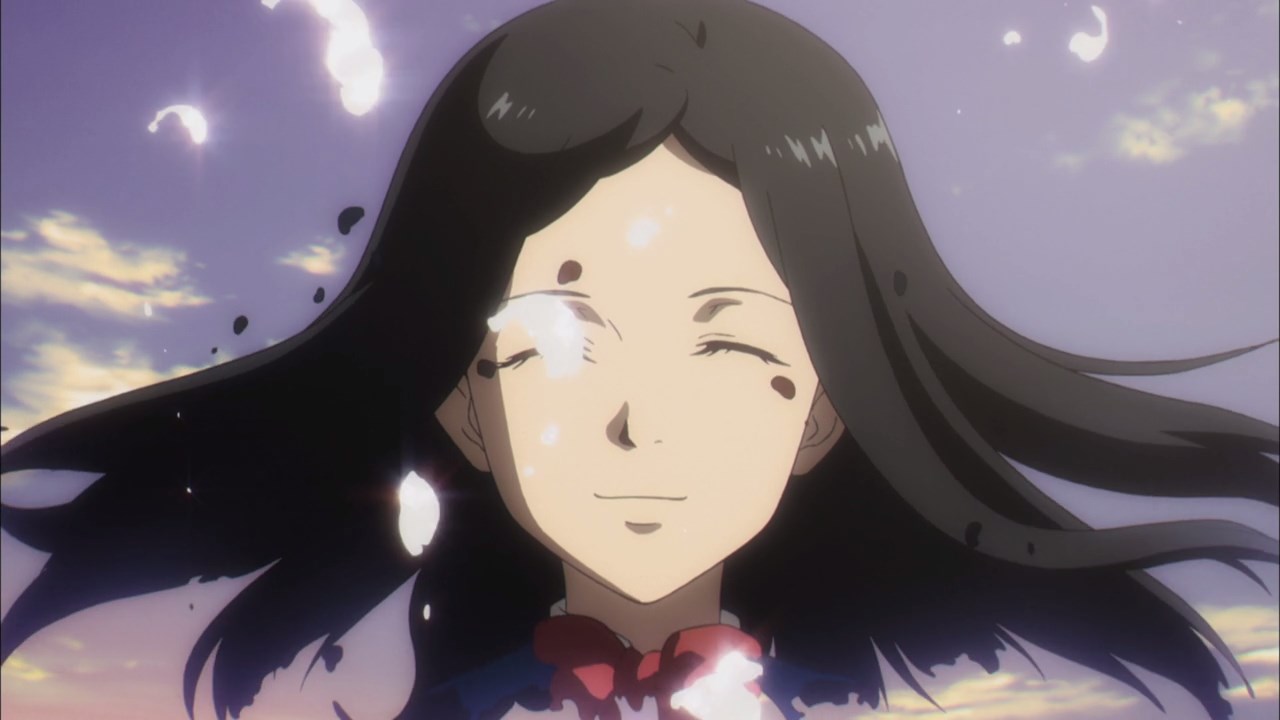 Why yes it is as Suiko Minahoshi disappears from this world, admitting her defeat over Boogiepop. I have to say that her vision of changing everyone has failed in the end. At least Minahoshi doesn’t have any ill feelings towards the grim reaper. 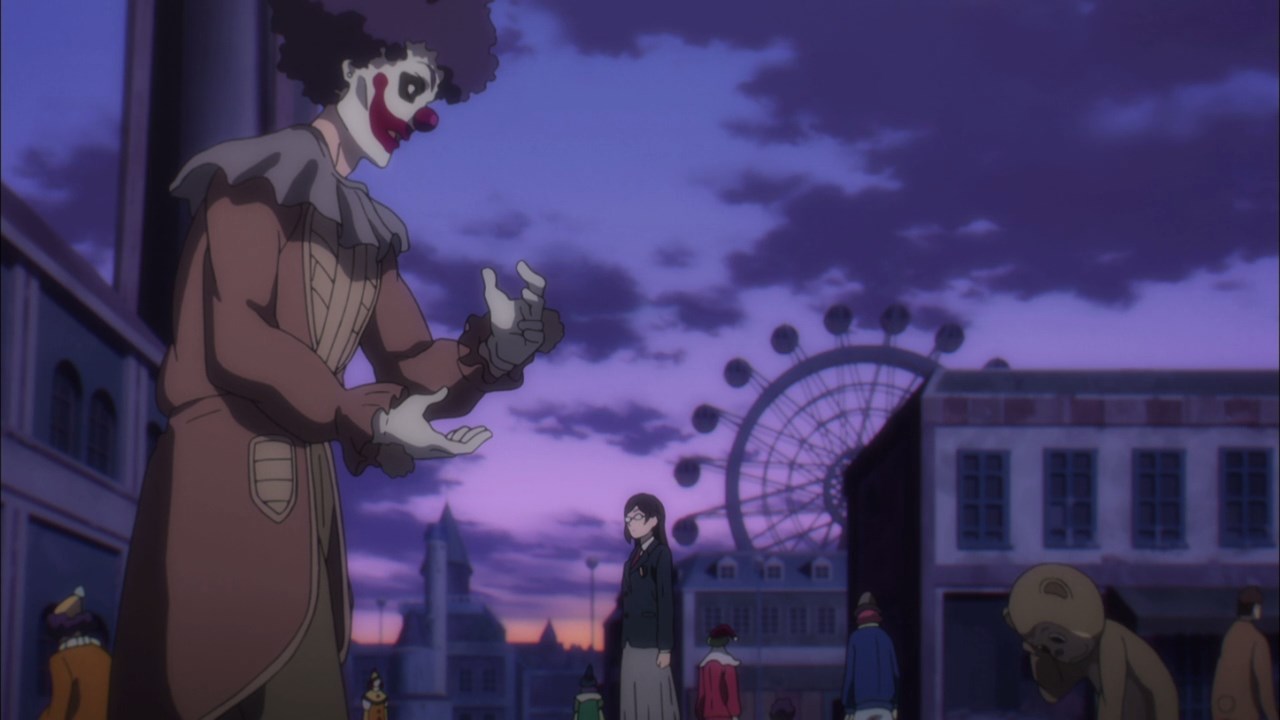 And now, it’s time for the aftermath where Kazuko Suema arrives at Paisley Park, only to find out that the show is already over thanks to Boogiepop. All I can say that it’s sucks that Suema missed the fun part! 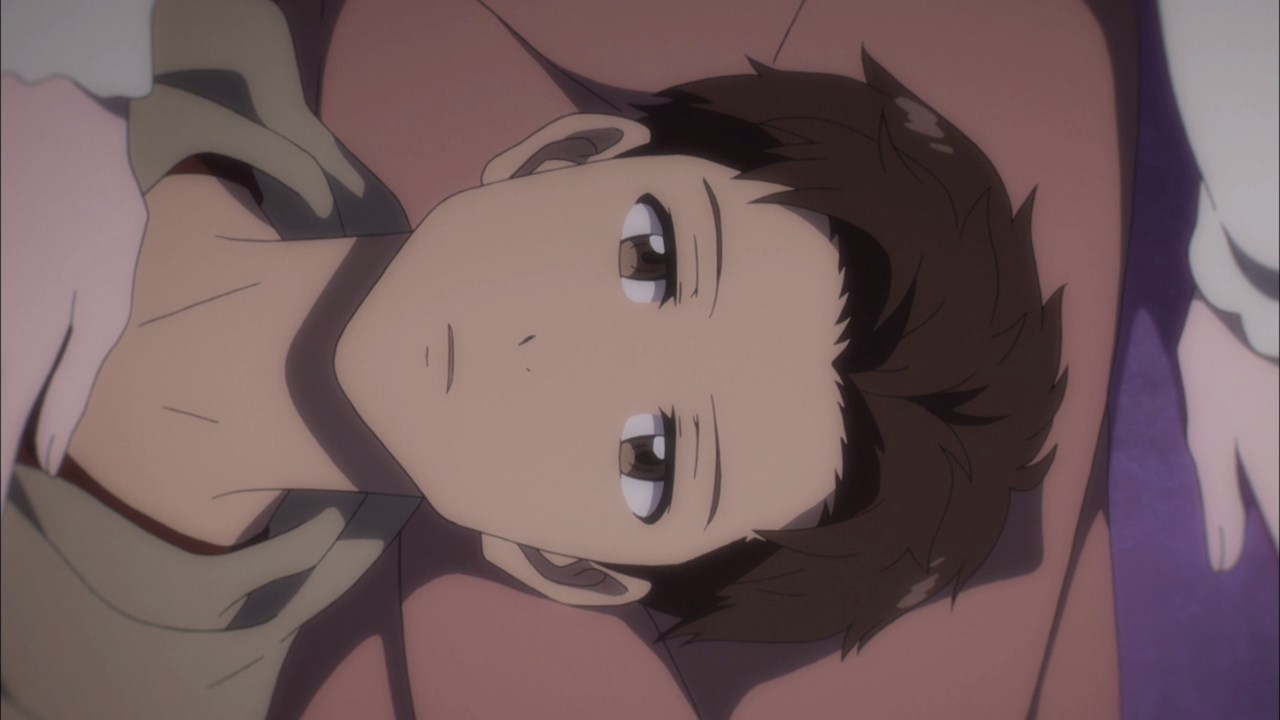 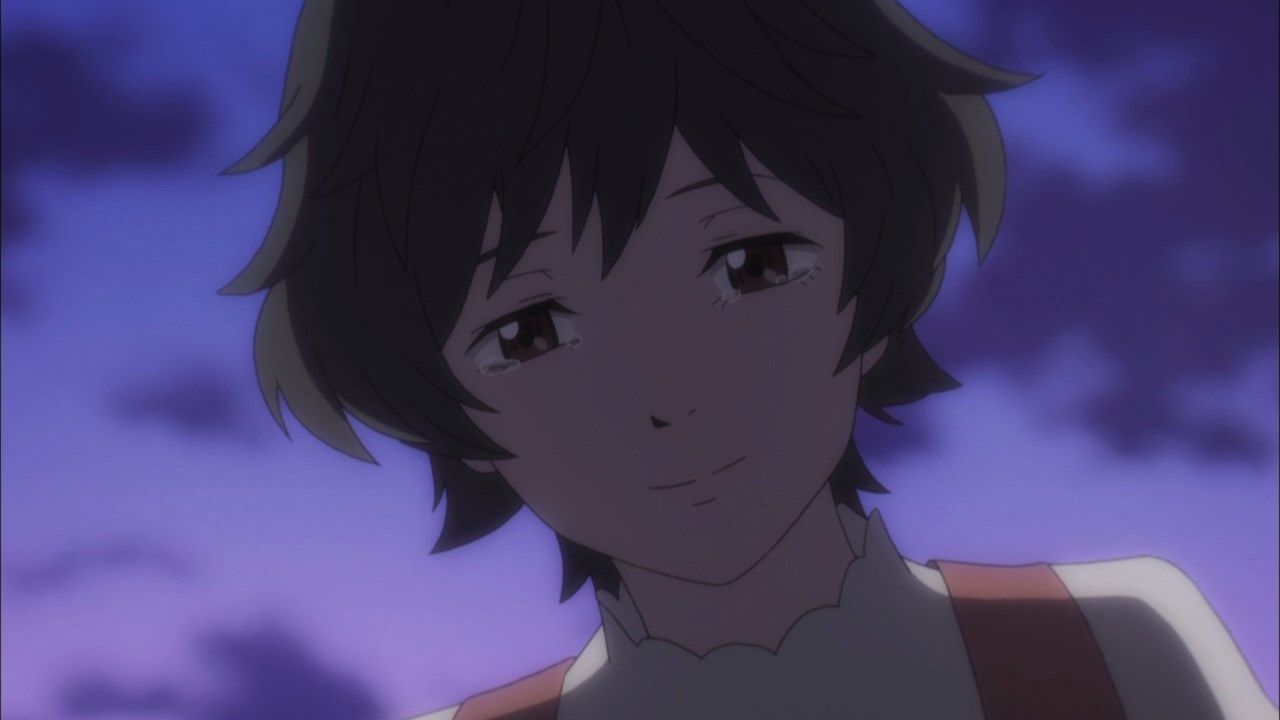 Oh and as for Masaki Taniguchi, he’s now reunited with Aya Orihata. Glad that they got a happy ending! 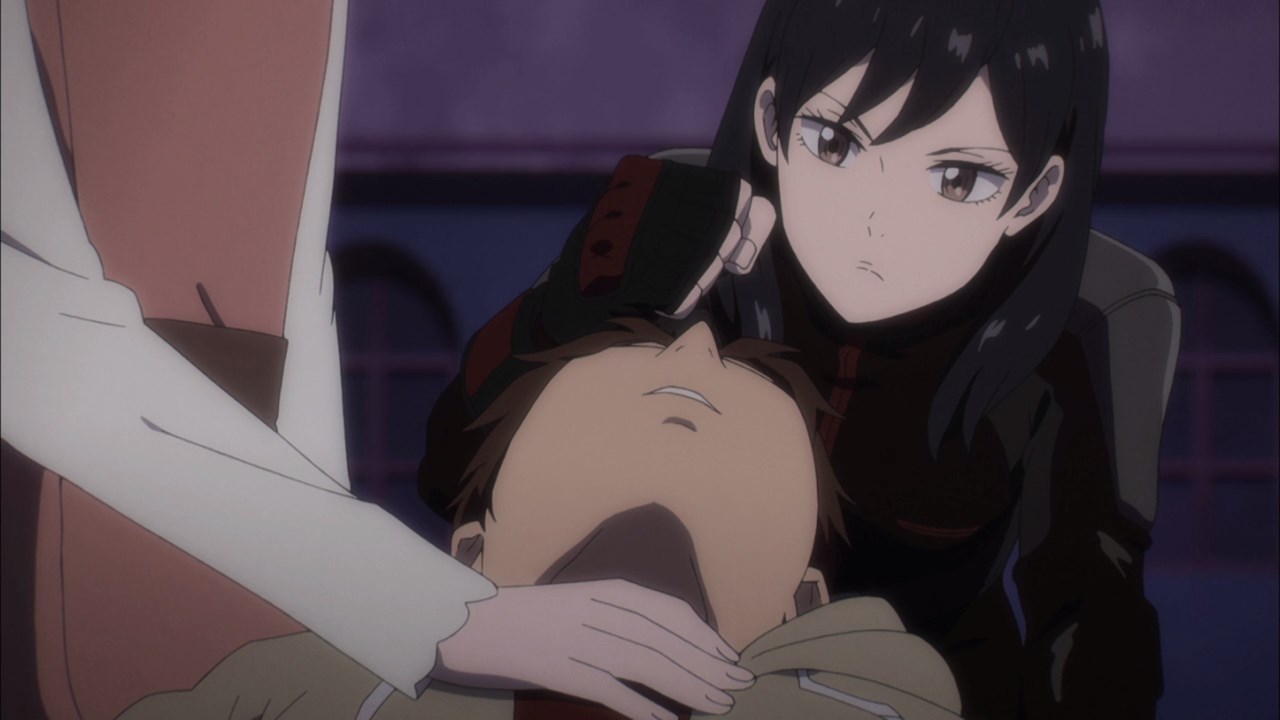 Of course, Masaki Taniguchi will have a scolding from Nagi Kirima because of his troubles during the second story arc.

And thus, this second story arc has finally concluded. Nobody died (except for Spooky E) and they all got happy endings, including Masaki Taniguchi and Aya Orihata. All I can say is that this arc is so interesting to watch, even though the Towa Organization is just being relegated to the sidelines after Spooky E’s defeat since Jin Asukai and Imaginator are the main villains.

As for what Boogiepop said regarding people conforming to society? Even though the majority of people will have to brainwash themselves to fit into society as a whole, I feel that they need free will to choose what’s satisfying to them. Otherwise, the people might end up being tagged as non-playable characters. Come to think of it, the reason why Asukai-sensei wants to enact Imaginator’s will onto humanity so that they could find their true calling instead of being bound to society norms. Then again, his methods are no different from Spooky E and if he and Imaginator succeeds, humanity as a whole will collapse as everyone will just act through their emotions, albeit destructive.

With that said, I’ll see you next time for the next story arc. And really, the next one will be intriguing!