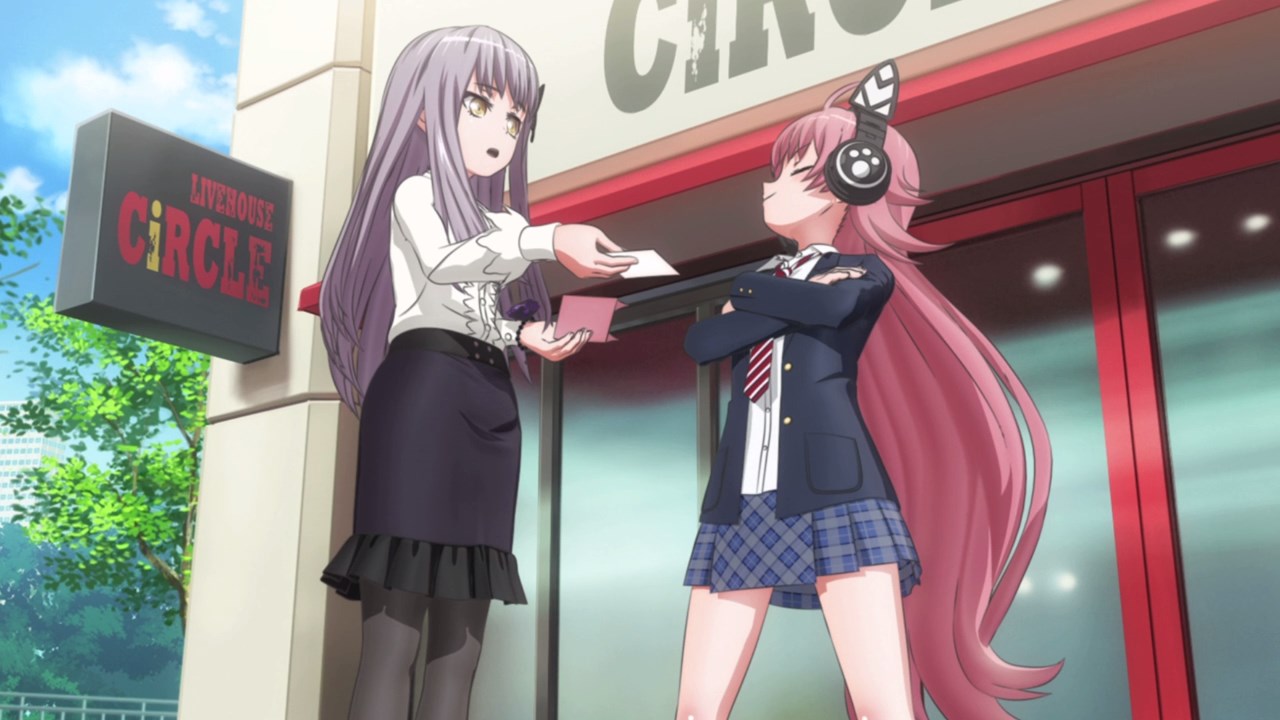 Also, seems that Chu2 saw Yukina Minato as she wants her to watch RAS’ one-man live show, but the thing is that the school festival is important to Yukina. Oh, and so is Tae Hanazono, but you know that it’s impossible for O-Tae to perform both lives on the same day. 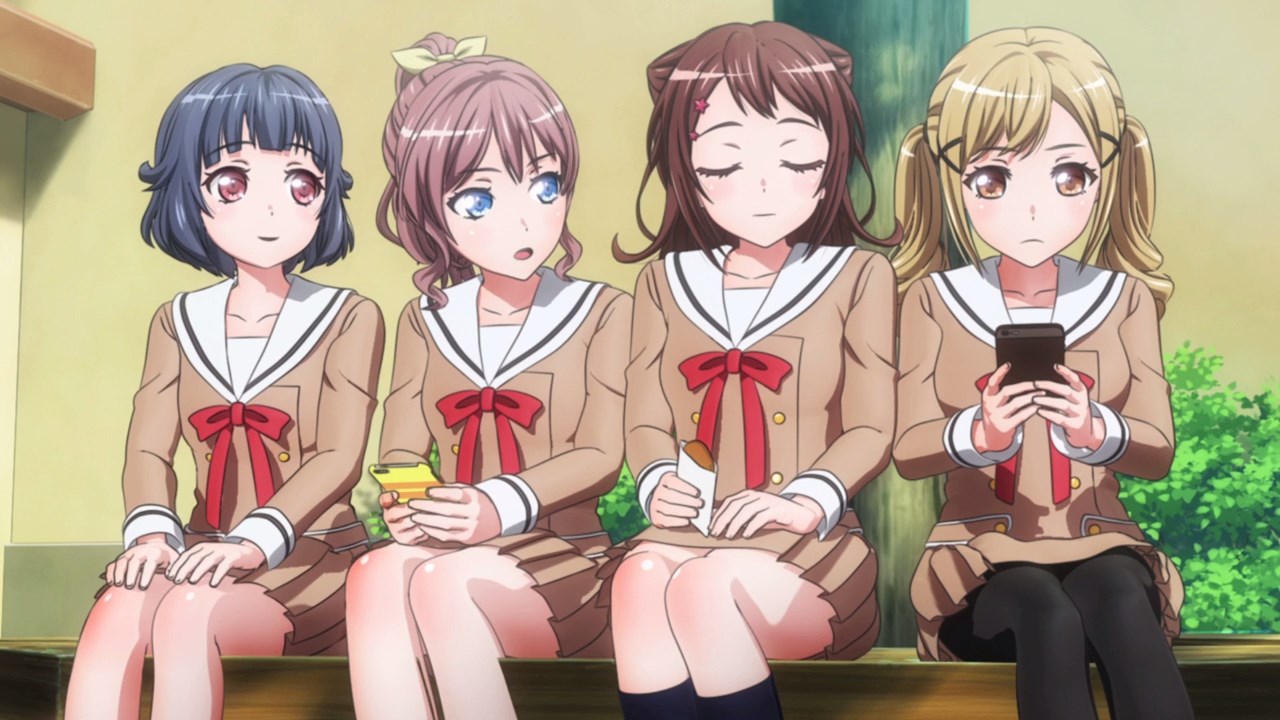 In any case, it’s time for the joint school festival between Hanasakigawa and Haneoka. While the festival itself is going smoothly, it appears that O-Tae will perform both events.

That’s a gutsy move there by Hanazono, but there’s one problem… 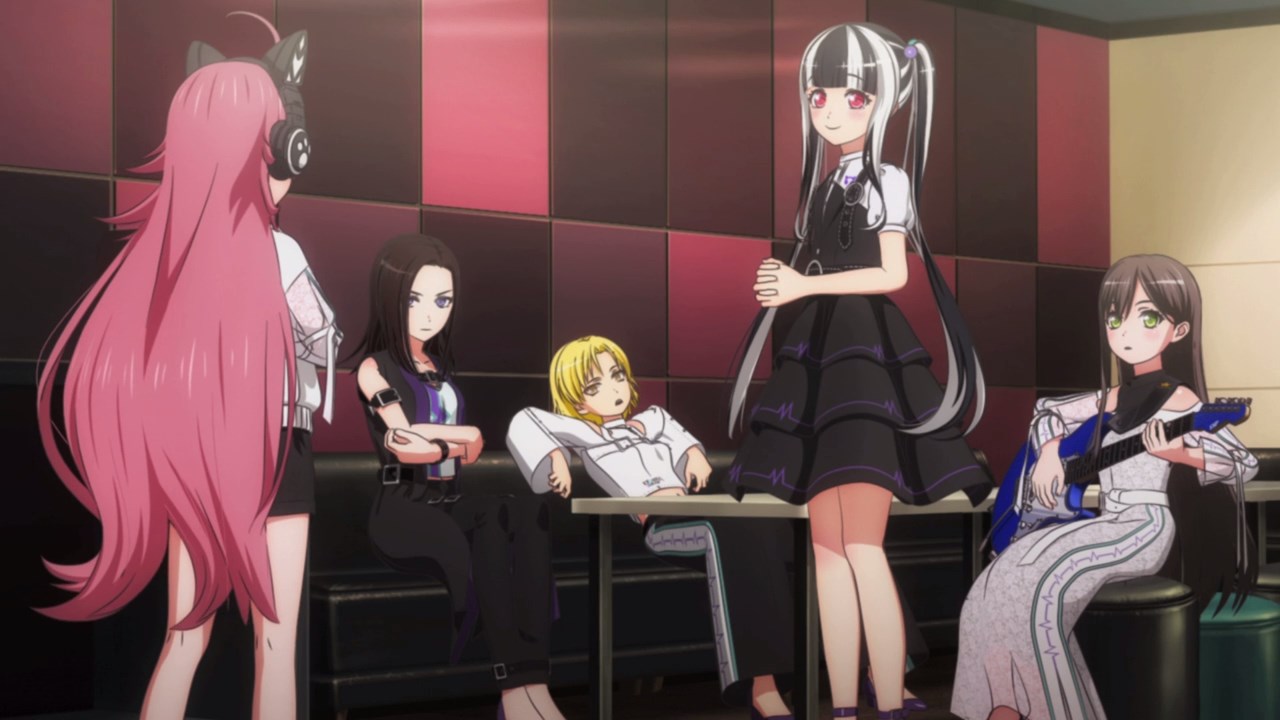 You see, the distance between Dub Music Experiment and Haneoka Girls’ High School is pretty far. Oh, and not to mention that there will be encore performance from RAISE A SUILEN.

So yeah, Tae Hanazono performing both shows would be freakin’ impossible, but let’s wait and see! 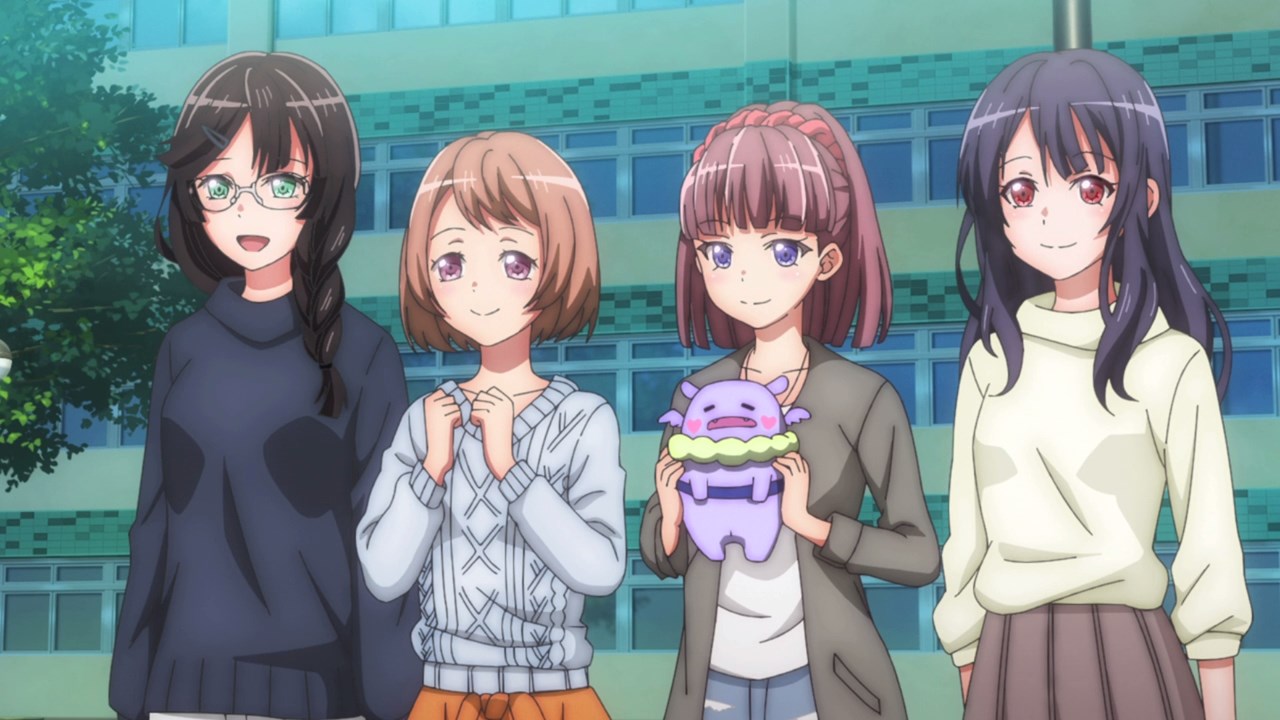 Meanwhile, it’s Milky- I mean Glitter☆Green as the quartet girls’ band has returned! Well, they’re not here to perform since they’re already retired (not to mention that Milky Holmes is already disbanded). 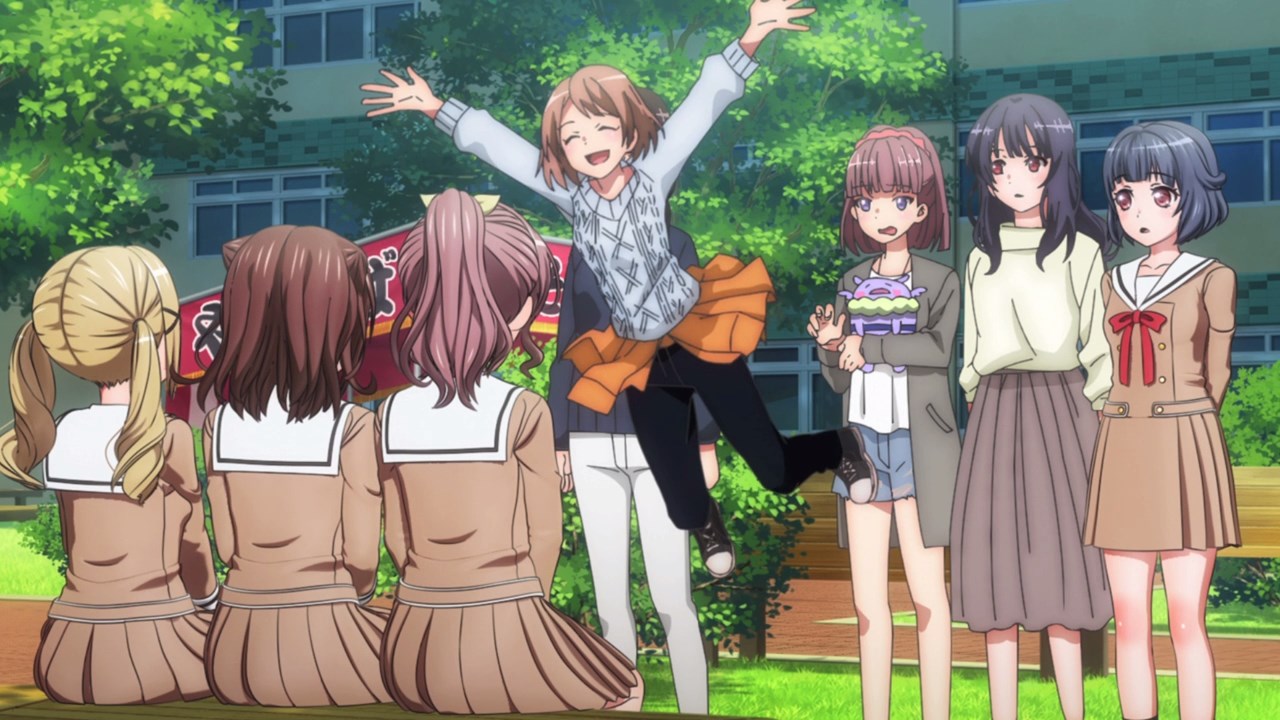 But yes, it’s nice to see Yuri Ushigome and her friends return, although they’re not rendered in CGI compared to the rest of the cast (including Kasumi’s sister Asuka).

Also, they’re excited to see Poppin’ Party’s live concert, but I’m worried about that since O-Tae is currently performing with RAS. 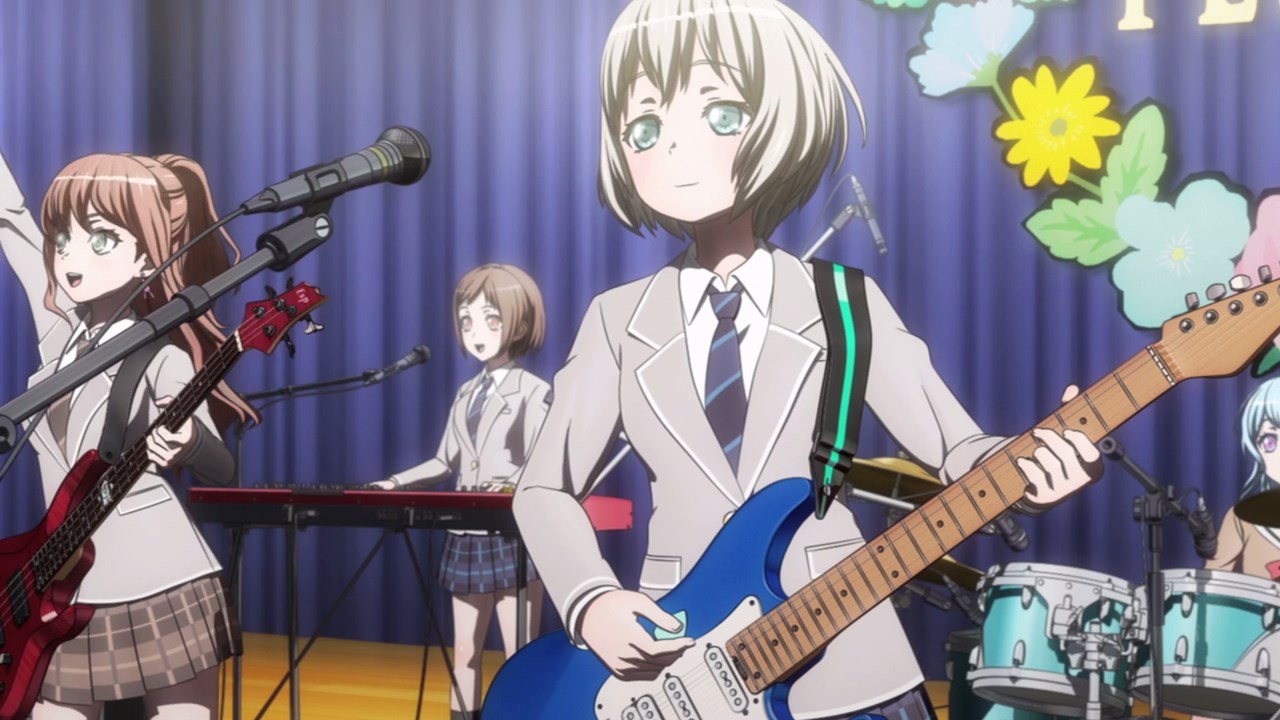 Anyways, it’s time for the main event as various girls’ bands are here at the auditorium to leave their audience in awe, starting with Hina Hikawa’s supergroup as they finished their song.

Unfortunately, they should have perform a bit longer because it turns out that O-Tae will be running late. 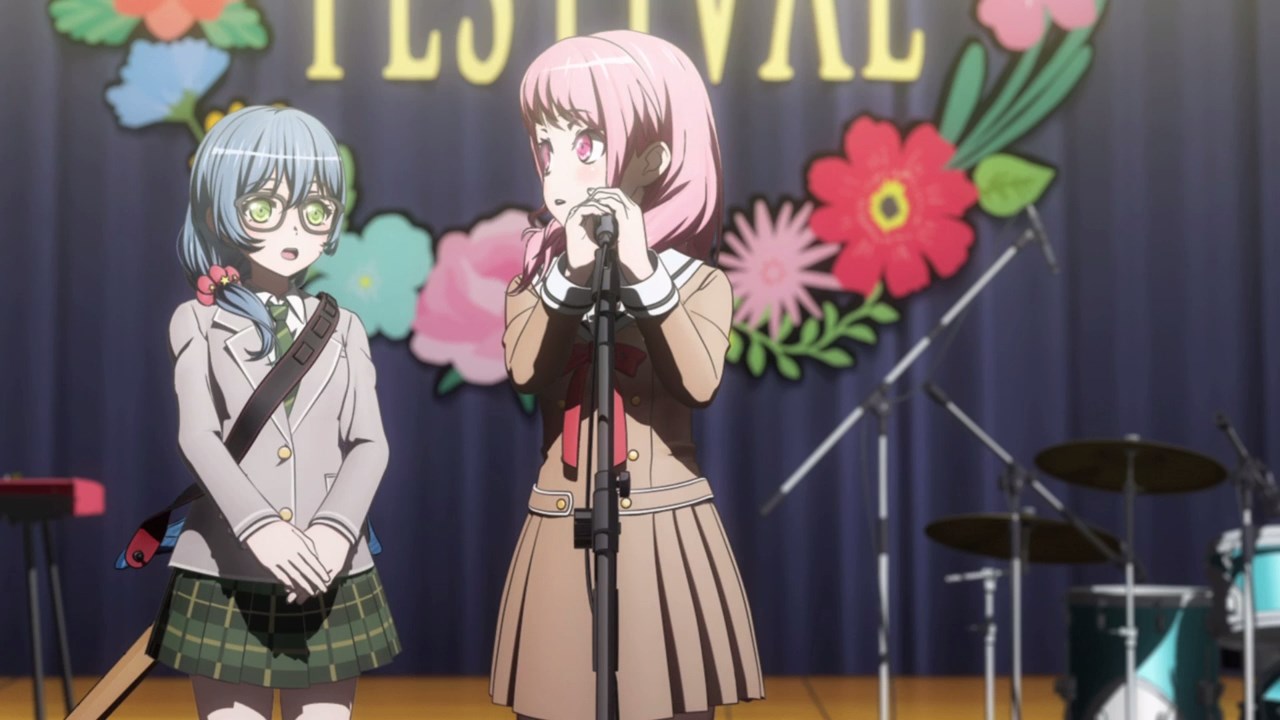 Then again, Aya Maruyama and the rest can’t stall for much longer because the audience would get bored of it. But luckily, Rokka Asahi appeared as she’ll stall the crowd with her guitar performance! 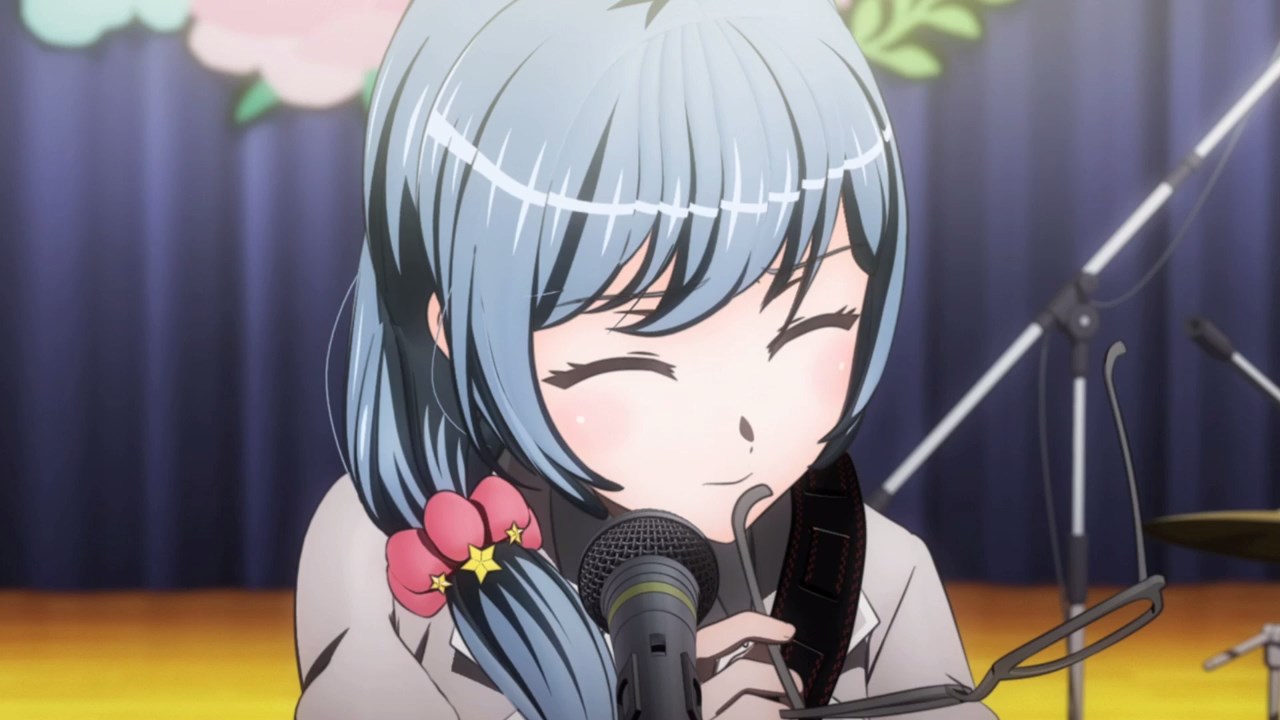 But first, time for Rokka or Lock to take off her glasses because no one will take her seriously… 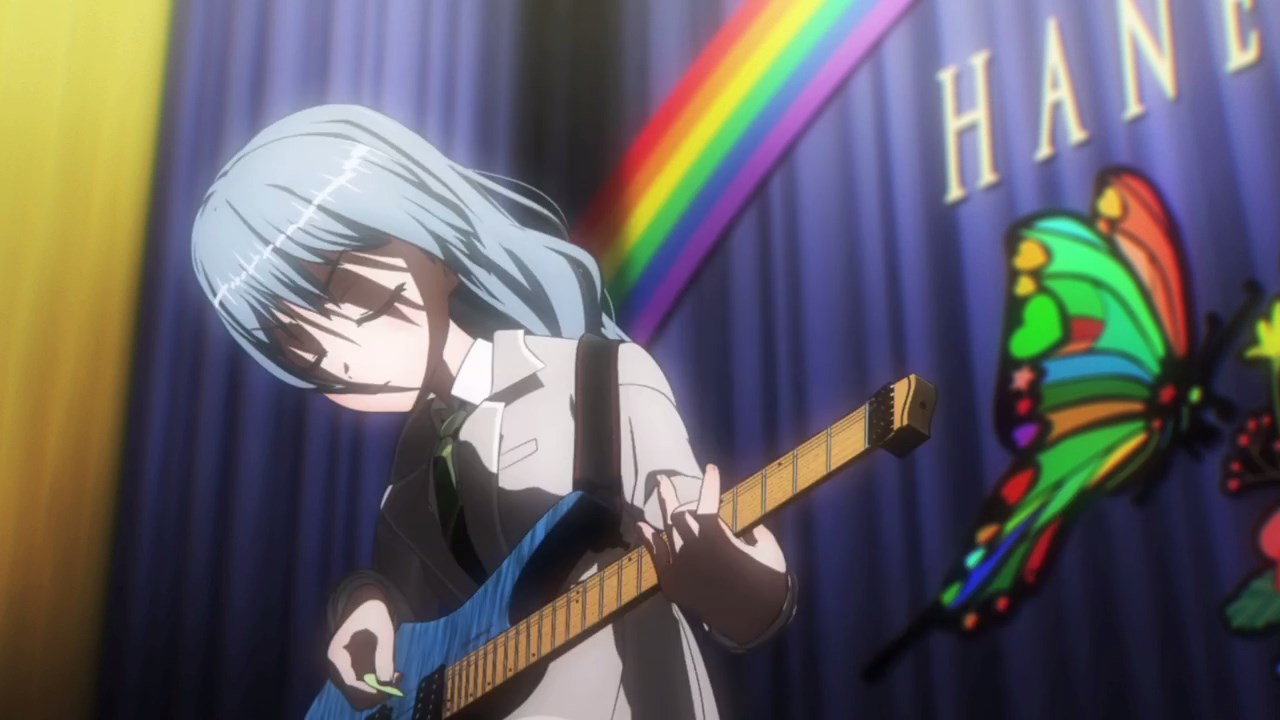 …and shred some strings! Then again, it would be nice if Lock would perform like Hellshake Yano from Pop Team Epic, that would be nice but Takaaki Kidani won’t sprinkle memes to his franchise.

Still, it’s nice that Rokka made a good impression by playing the guitar that she should have joined RAISE A SUILEN instead of struggling to find members. 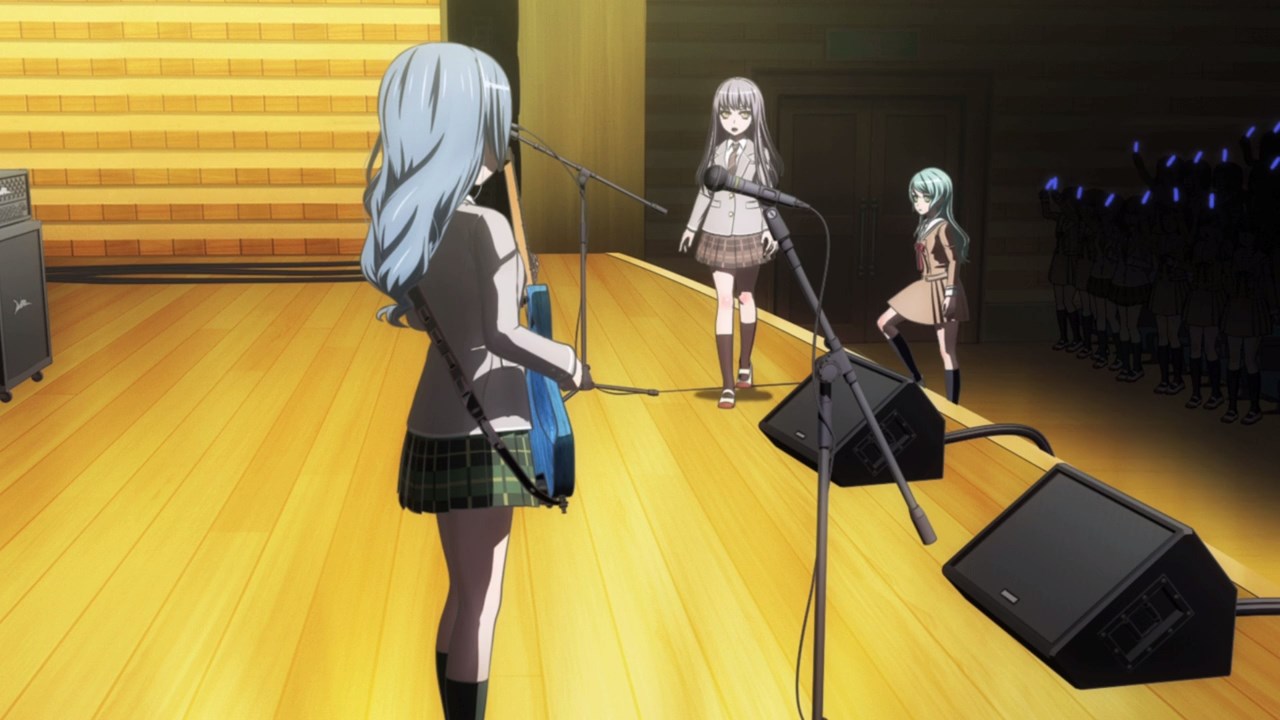 But because of Lock’s impromptu performance, it appears that Yukina Minato has decided to perform with the rest of Roselia because they don’t want to be upstaged by someone like Rokka Asahi. 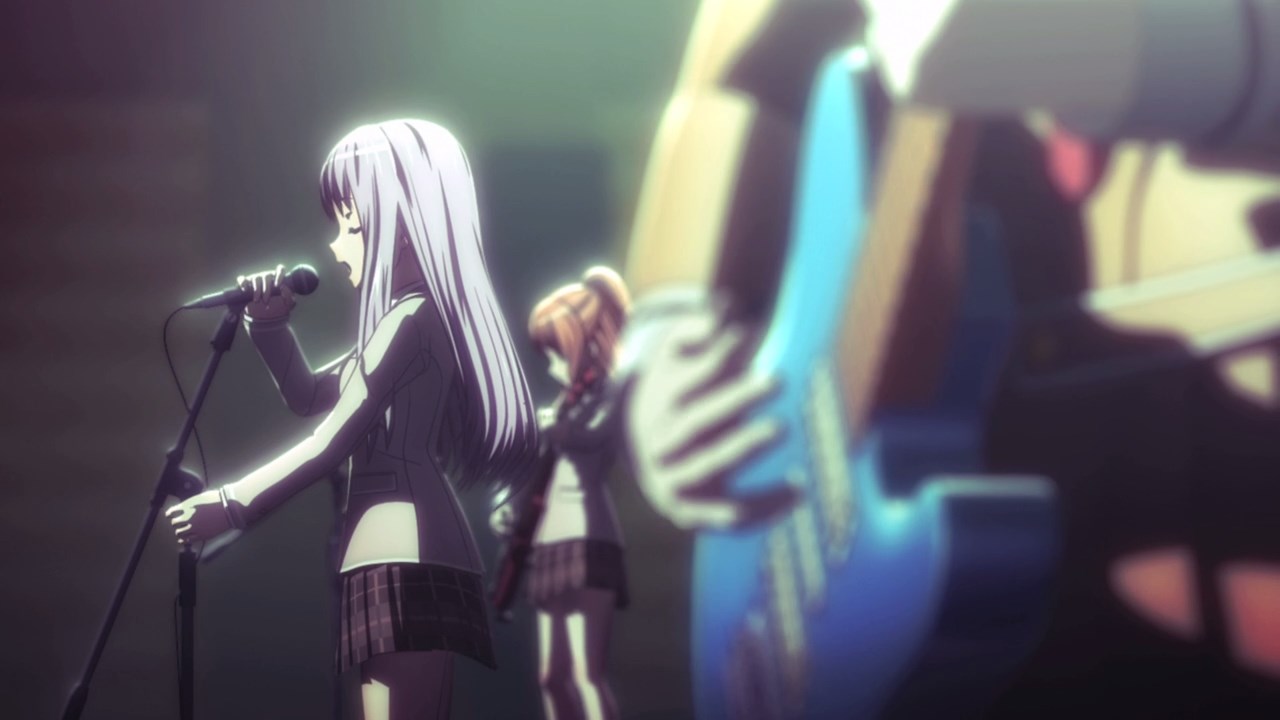 And so, Roselia performed at the joint school festival. Of course, I’m worried on how long will their impromptu live last and also, Chu2 should see this instead of being busy launching RAISE A SUILEN which Yukina Minato won’t even care on seeing her band. 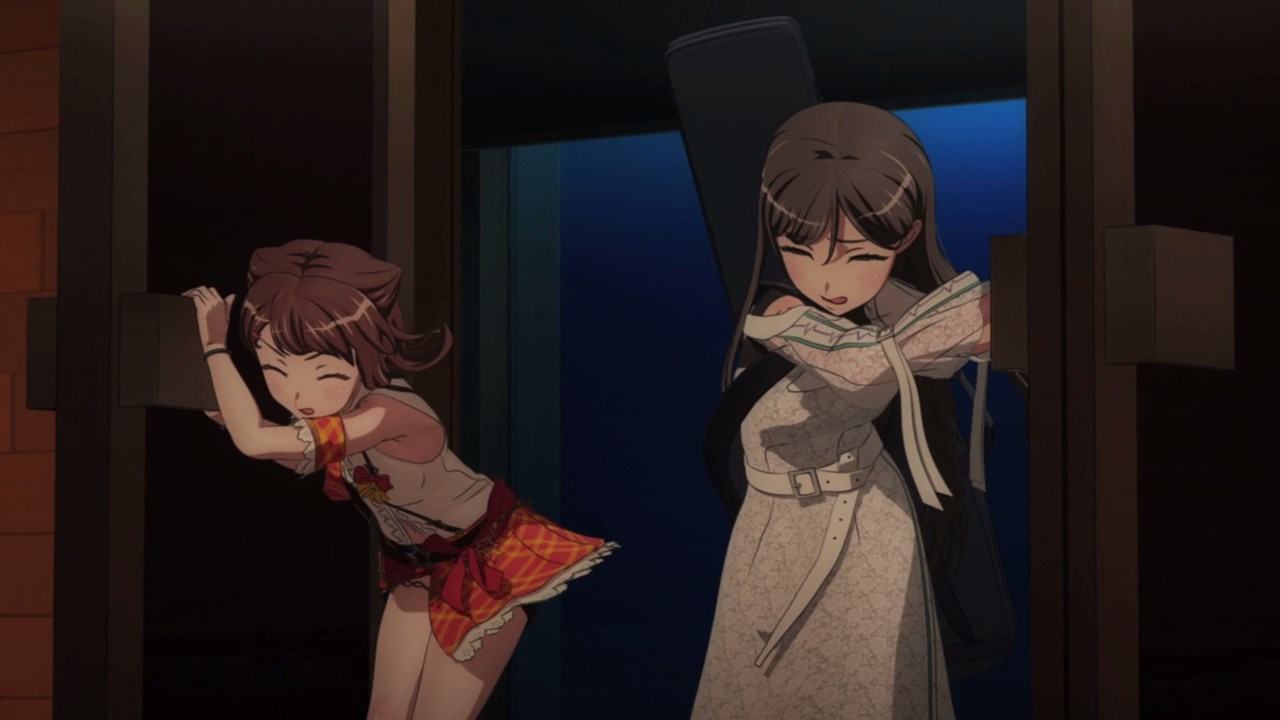 Anyways, it appears that Kasumi Toyama managed to find Tae Hanazono and sprinted towards the auditorium. 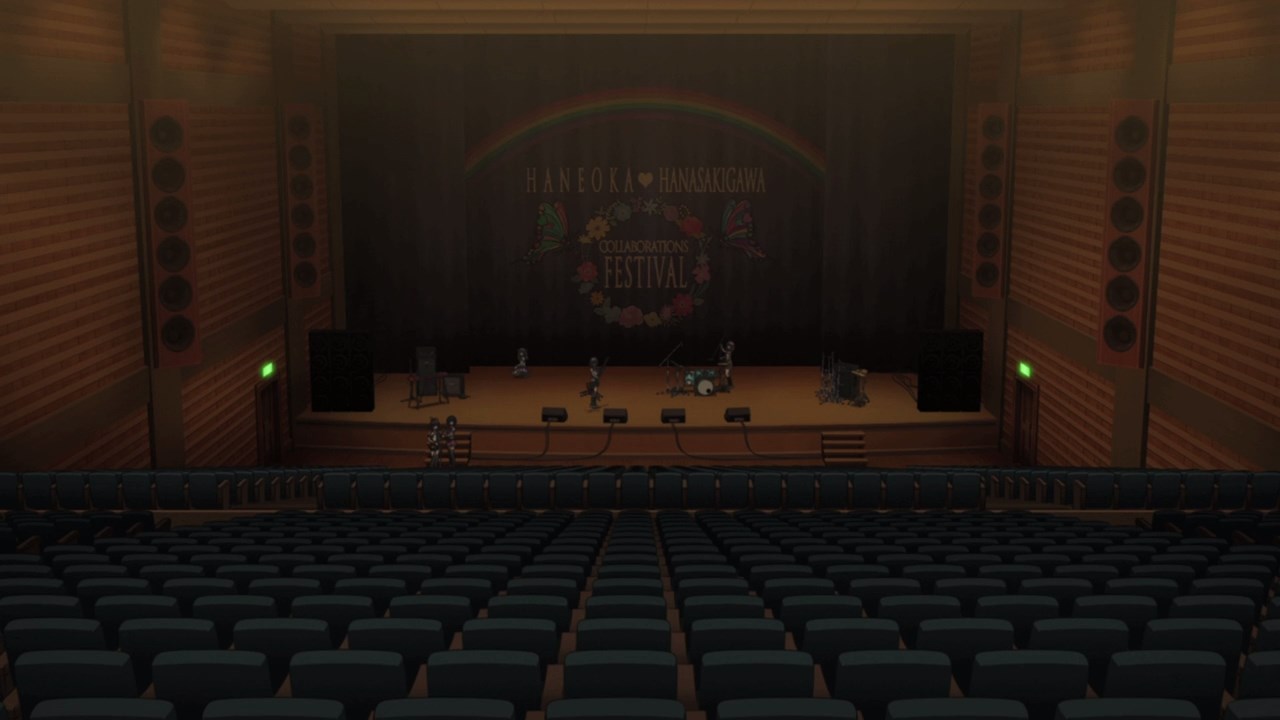 But once they’ve arrived at the venue, the concert is over as the joint school festival comes to a close. I guess the audience don’t even care about seeing Poppin’ Party anyway just because one member was not there in time. 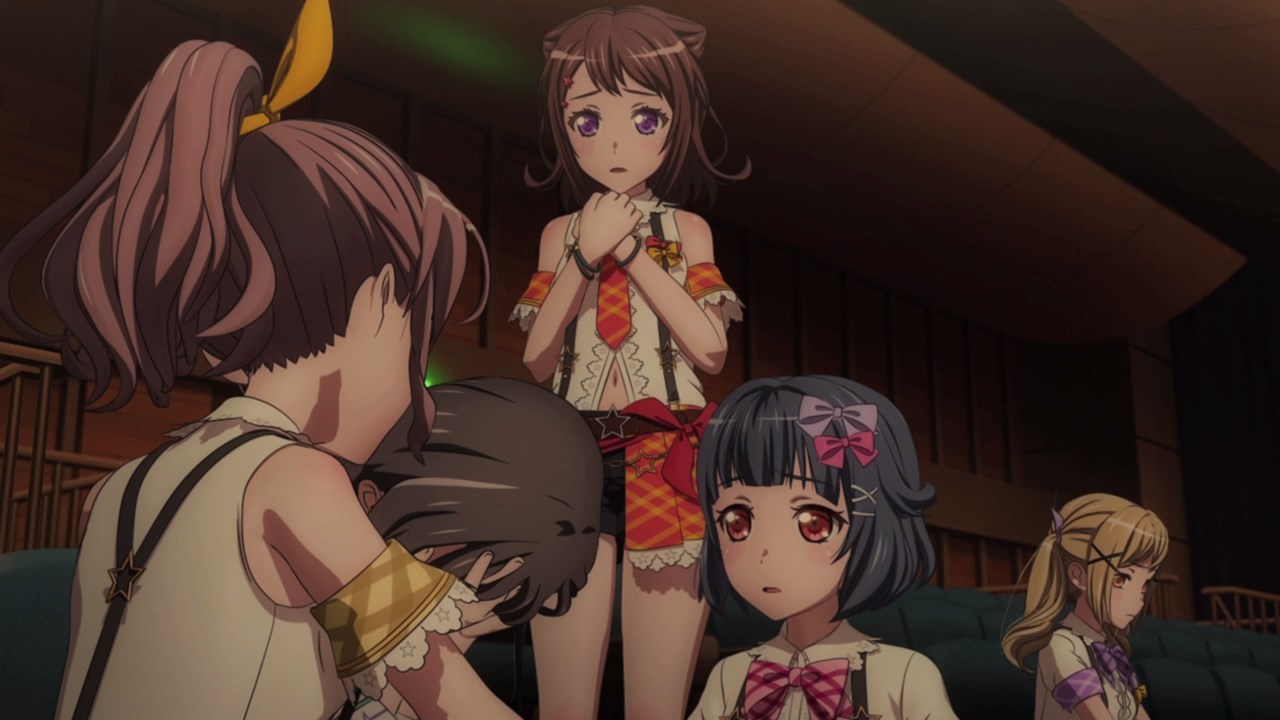 But for PoPiPa, their time during the school festival was derailed and O-Tae felt sorry for not making it in time. You know, I think it’s time for Tae Hanazono to choose if she wants to remain with Poppin’ Party or join RAISE A SUILEN, because being committed to two bands is not a good idea.

In any case, I have to leave you with this episode right here and man, O-Tae is very conflicted on what she’ll do next.