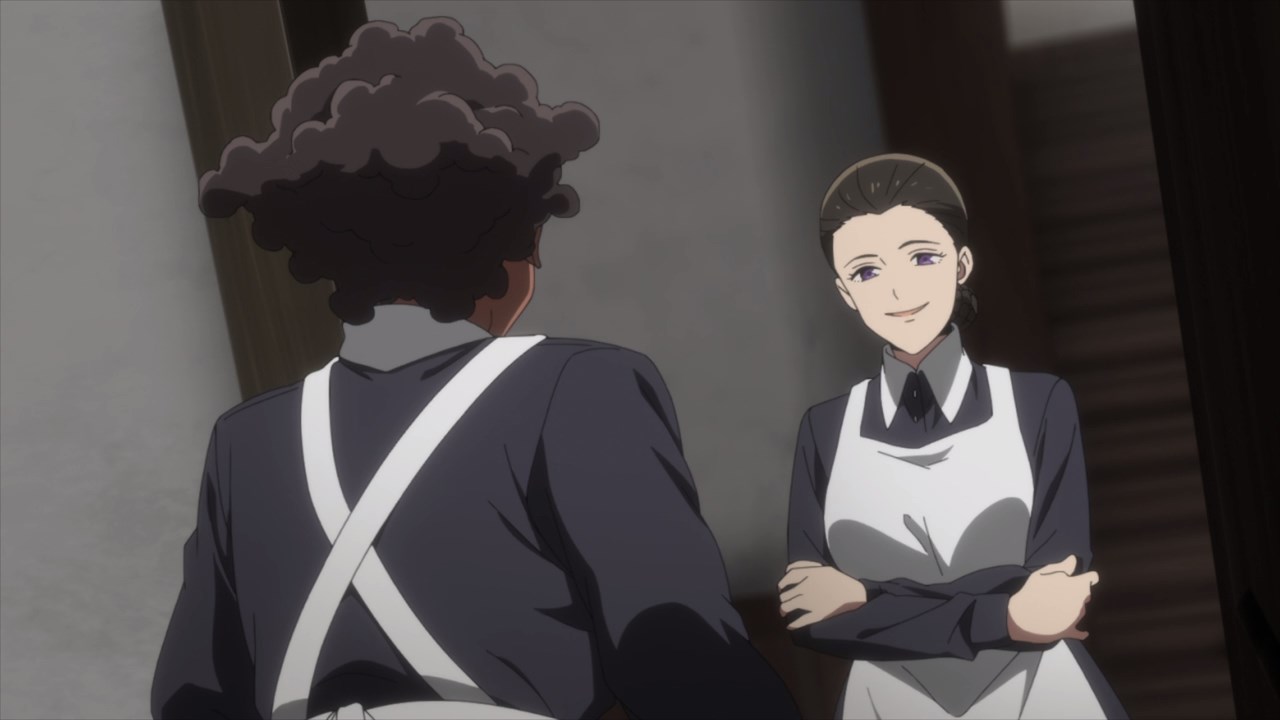 Well, looks like Mother Isabella will have to say good bye to Sister Krone as Isabella told her that the higher-ups have decided to transfer Krone to another orphanage. So much for Krone usurping Isabella’s position. 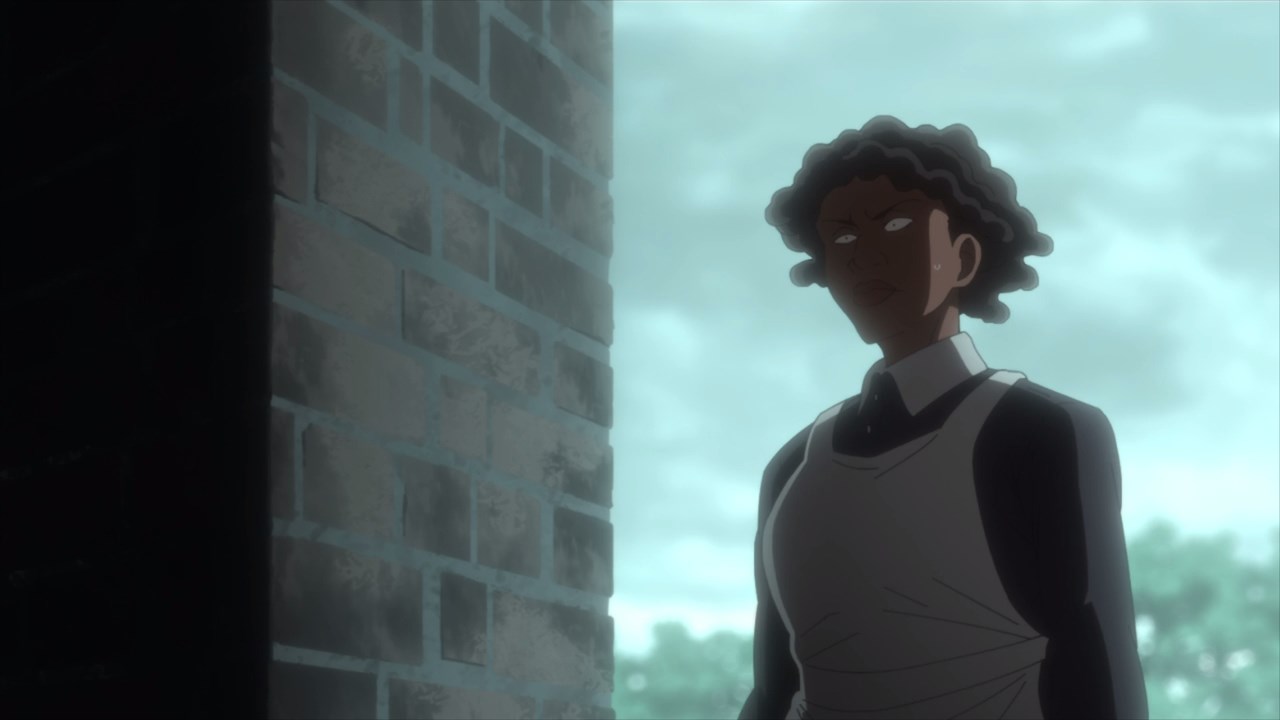 In any case, Krone got a send-off without saying goodbye to the children. However, Krone will meet someone that will take her to another orphanage. 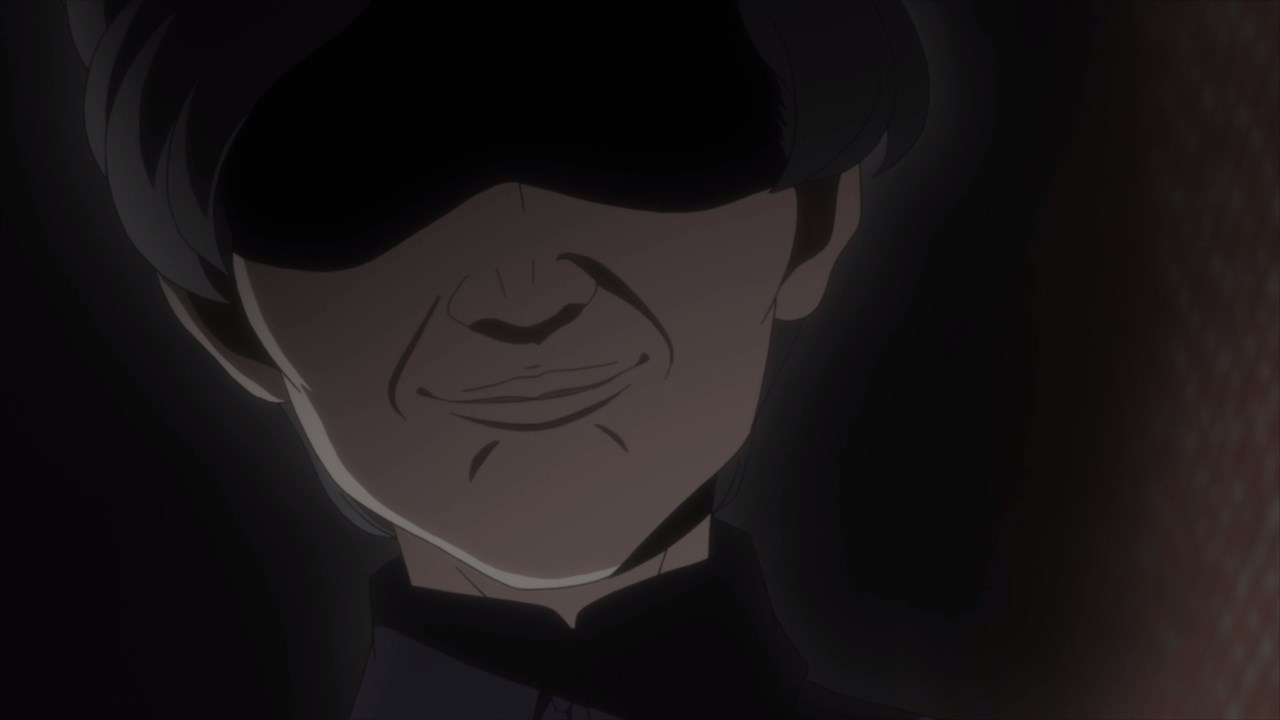 Anyways, this is Grandma as she told Sister Krone that there’s no way that she can become a Mother in that orphanage.

Scratch that, Grandma told Krone that she won’t assign her in any orphanage at all because you see, Grandma is in cahoots with Mother Isabella so having someone usurping her position like Krone is not good. 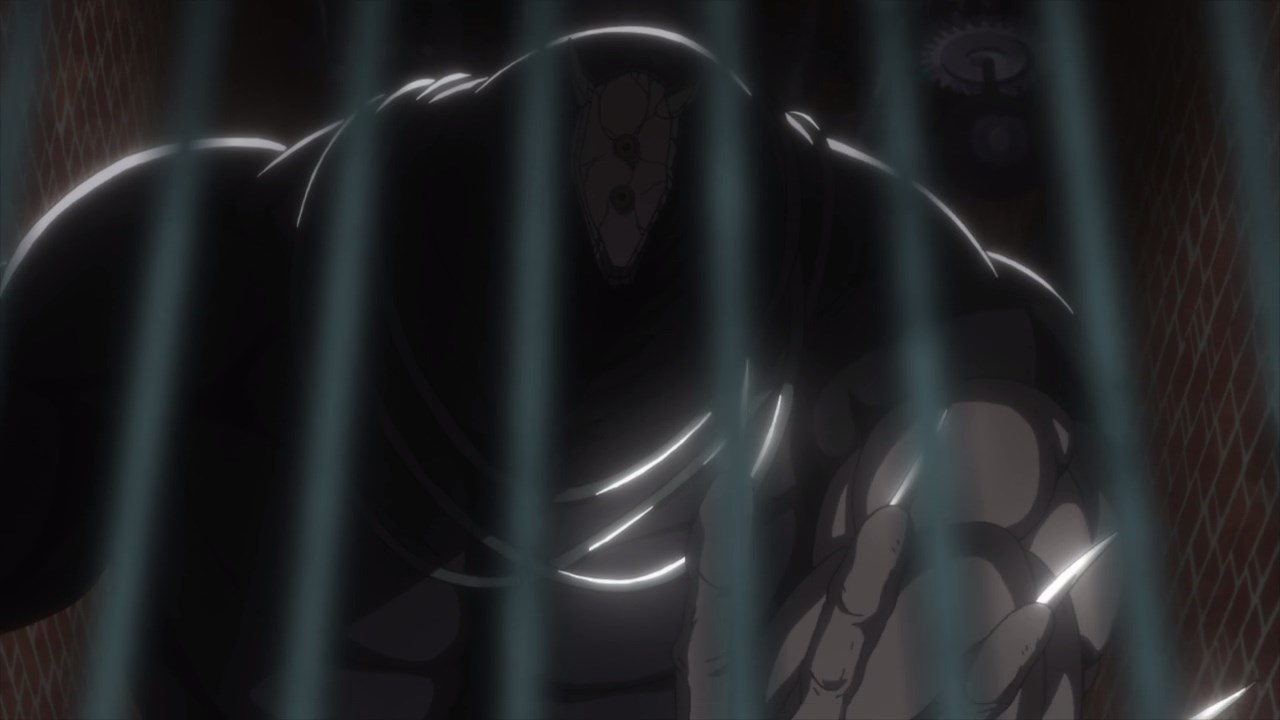 And so, Grandma sends one of the demons who is very hungry and wants to eat Sister Krone, even though she’s a fully-grown adult. 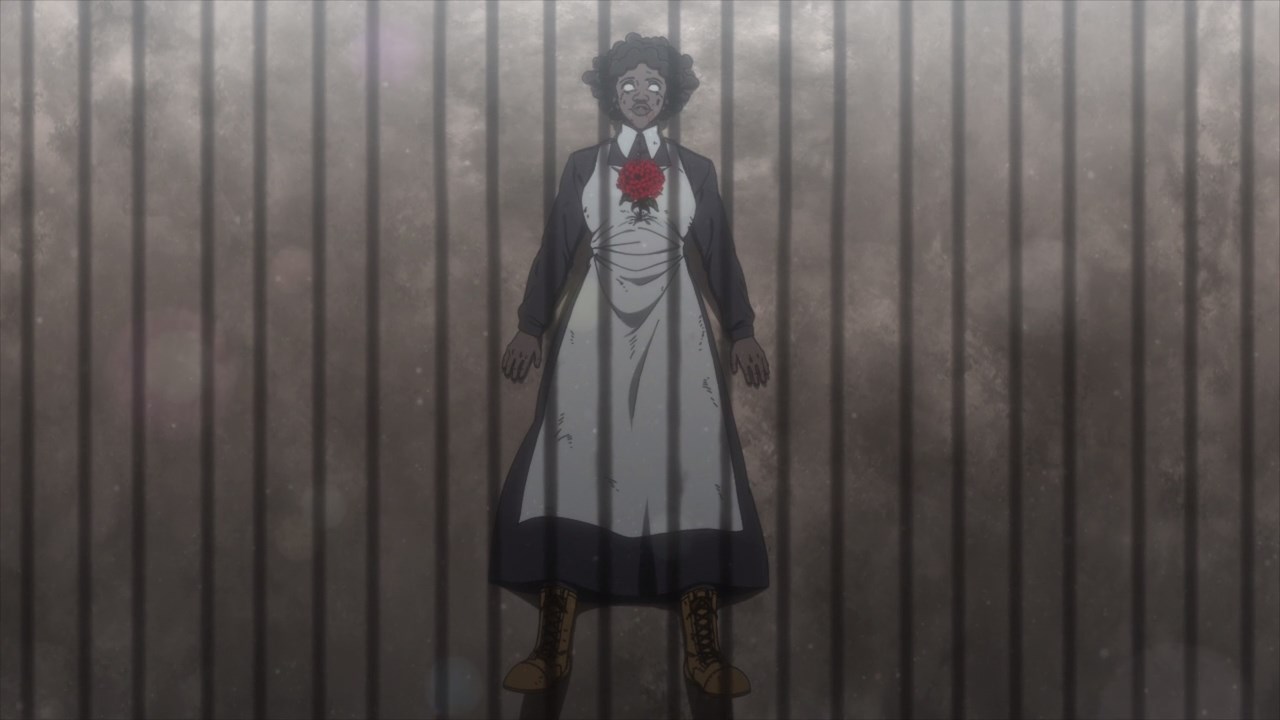 And as you can see, Krone is basically dead just like Conny. So with Krone out of the picture, Isabella won’t have to worry about losing her position. 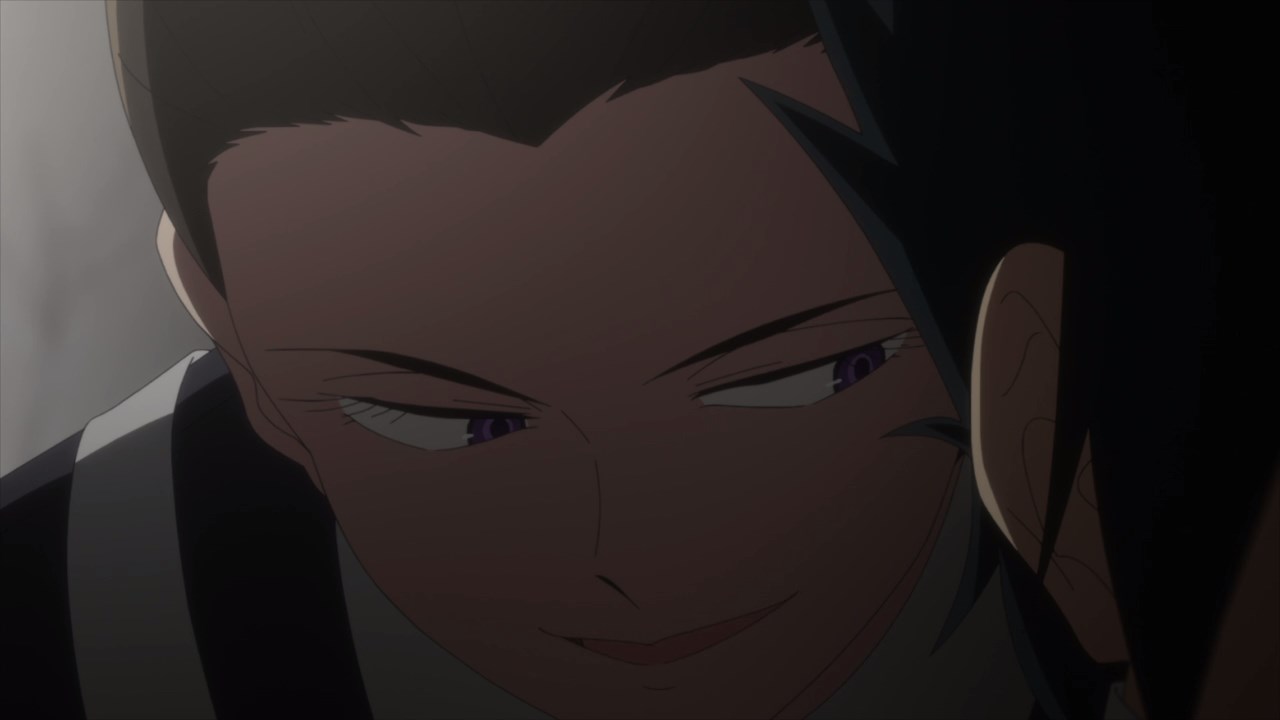 But speaking of Mother Isabella, looks like she’s decided to ditch Ray now that she’s done using him.

Then again, Isabella knows that he’s working with the orphans, hence ditching Ray because of his collusion with Emma and Norman. 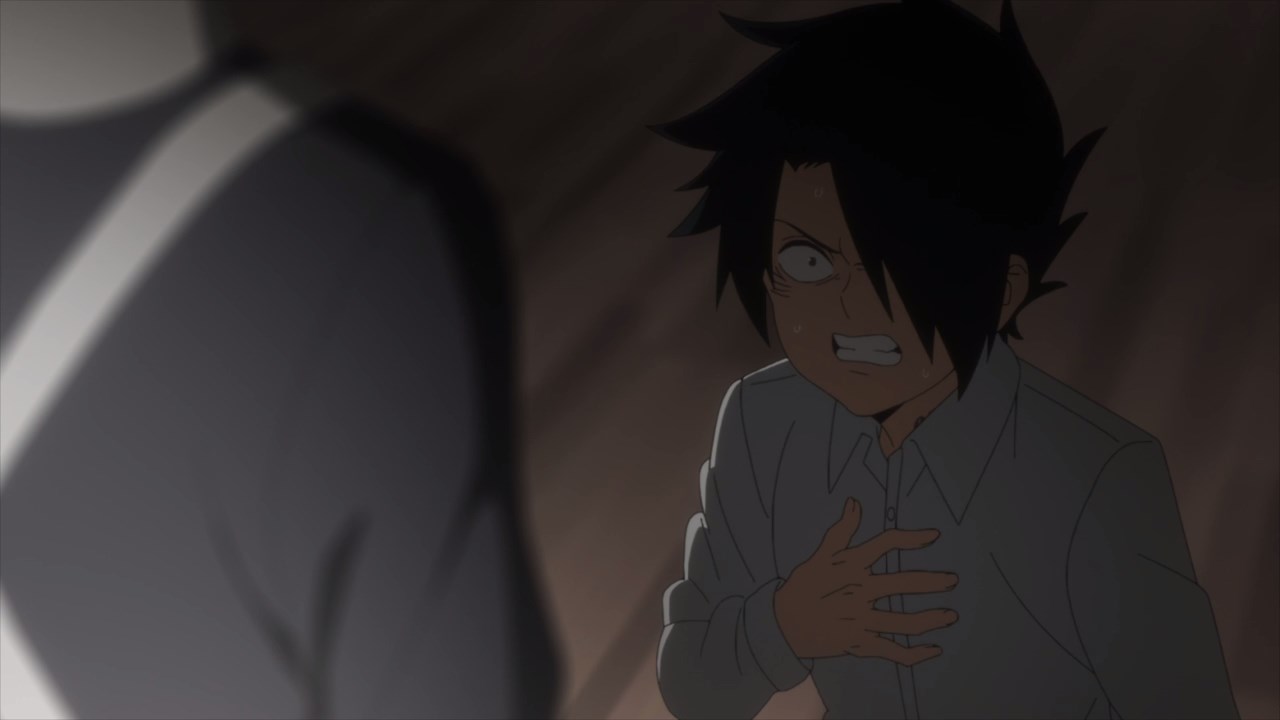 However, Ray told Isabella that he can be useful towards her as he can still prevent those kids from escaping. Sadly though, Isabella had enough of Ray’s excuses. 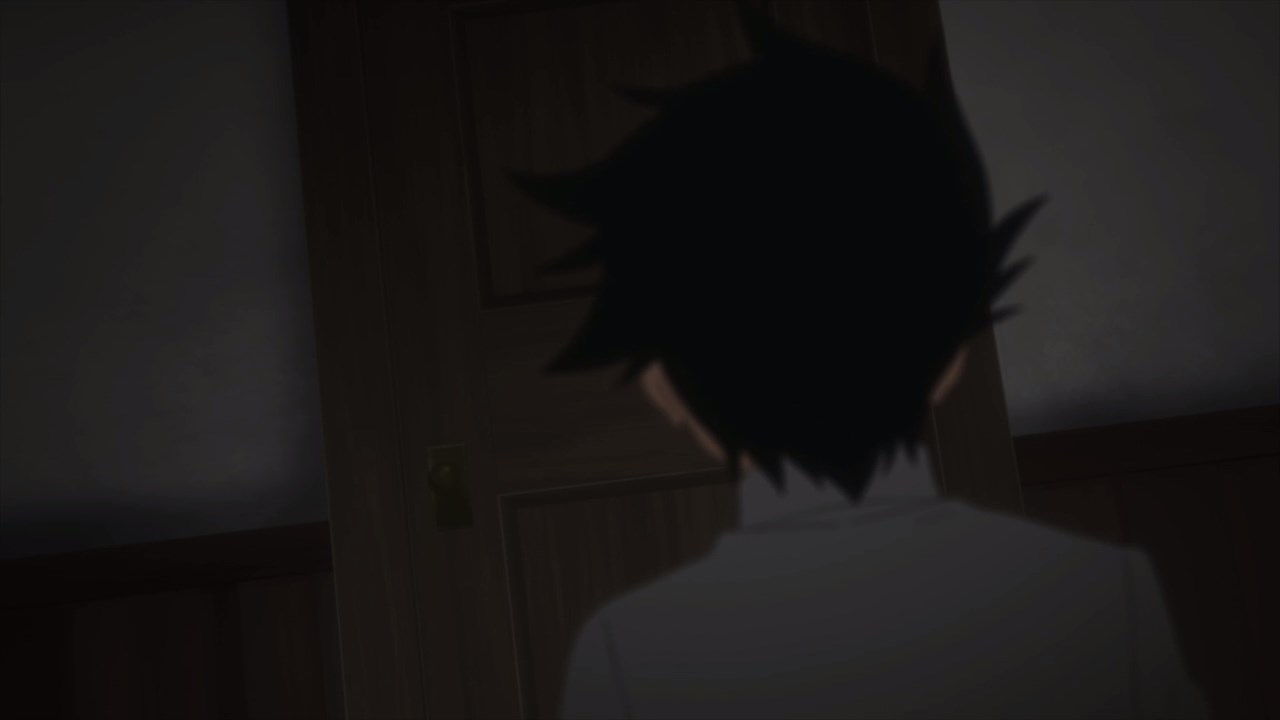 Therefore, Isabella lock him up so that Ray can’t stop her as she’ll find both Emma and Norman, using her pocket radar of course. 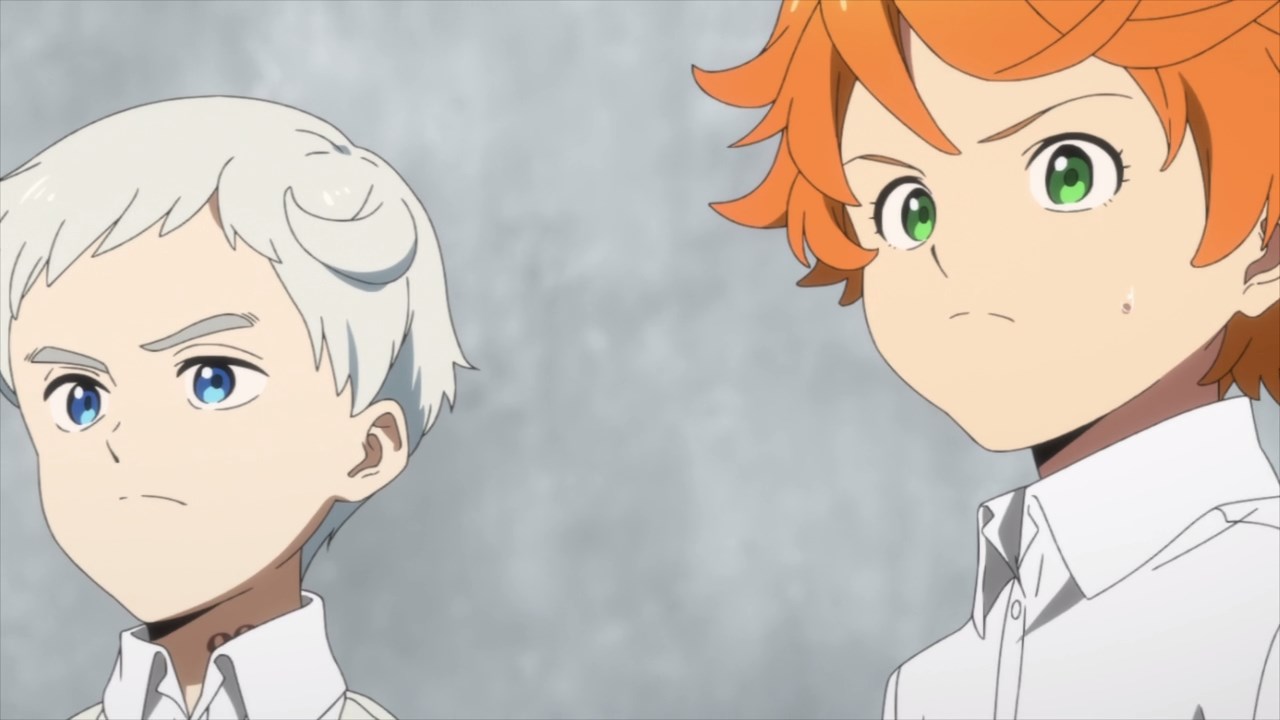 But let’s go back to Norman and Emma as they’ll have to confront their foster mother because the jig is already up. 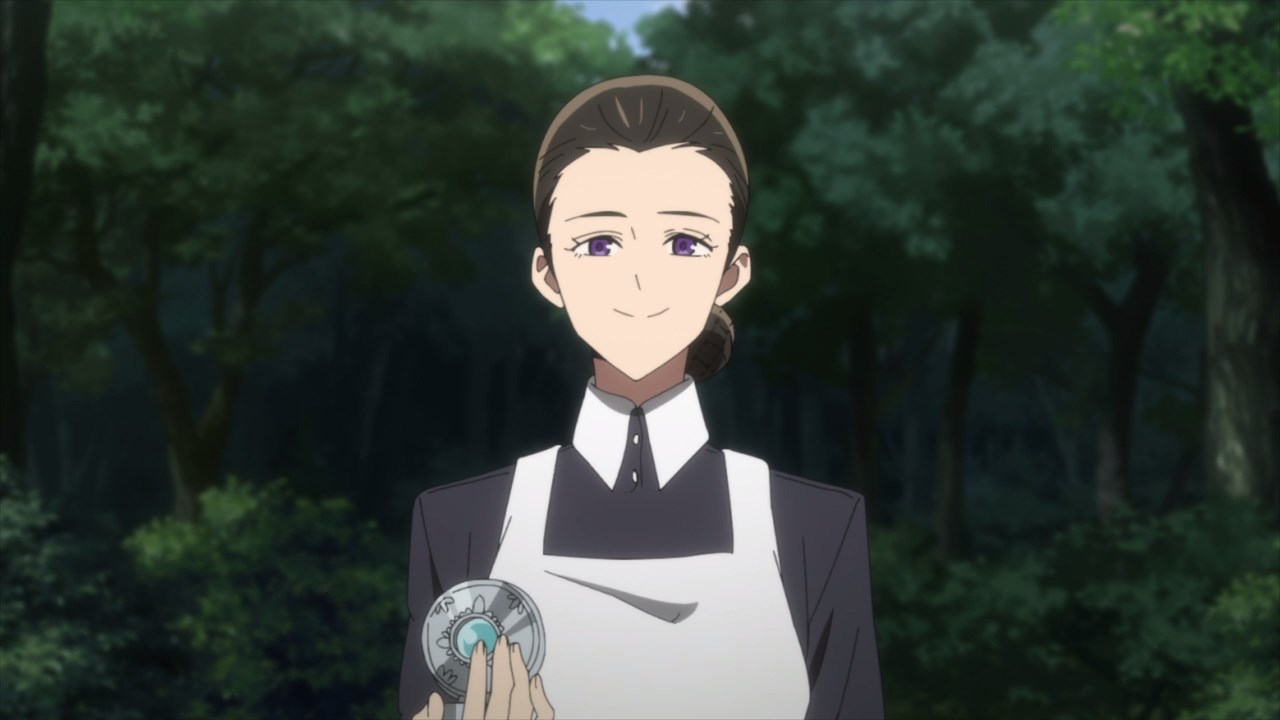 And really, Isabella won’t sugarcoat everything as she told both Emma and Norman to stay in this lovely orphanage until the day they’ll be shipped out as demon food, ’cause it’s impossible to get out of this house.

Oh yeah, she told them that the outside world is scary so they better off staying indoors. Then again, Emma and Norman will defy Isabella ’cause they know the harsh truth that they’ll be treated as livestock once the demons get them. 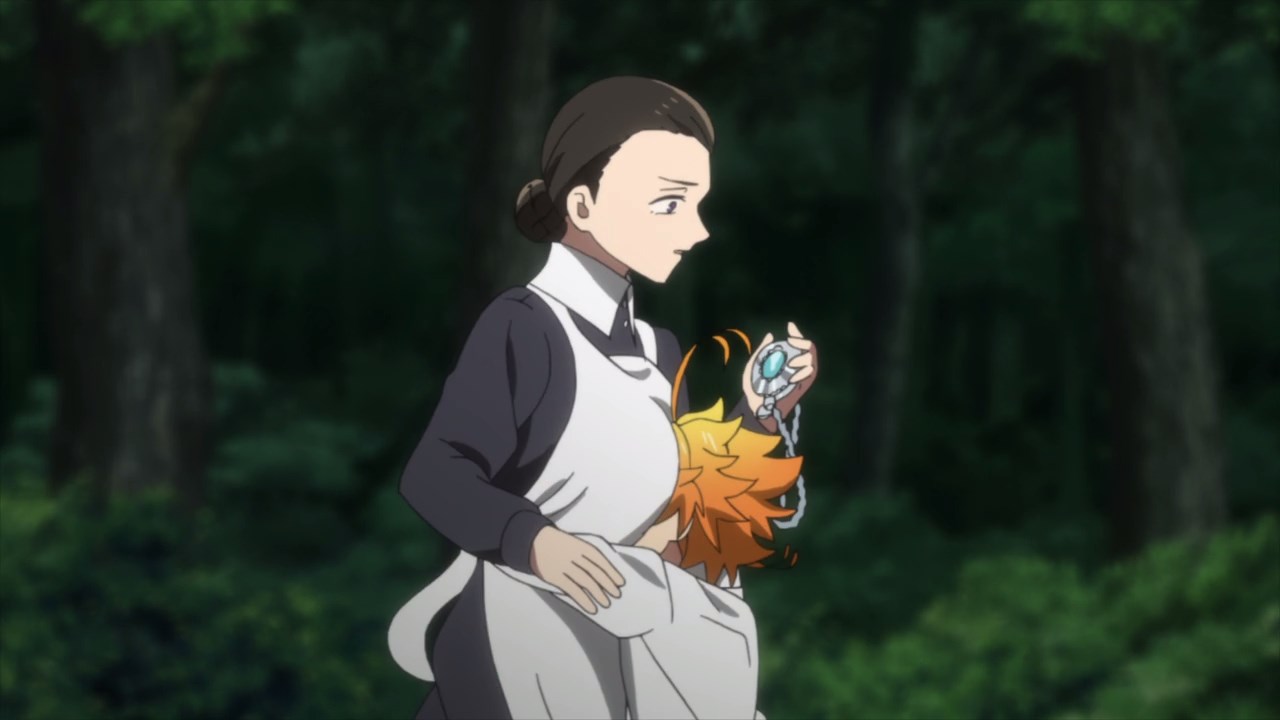 So, Emma went to Isabella and tries to keep her mother at bay. Also, Emma attempts to grab Isabella’s radar. 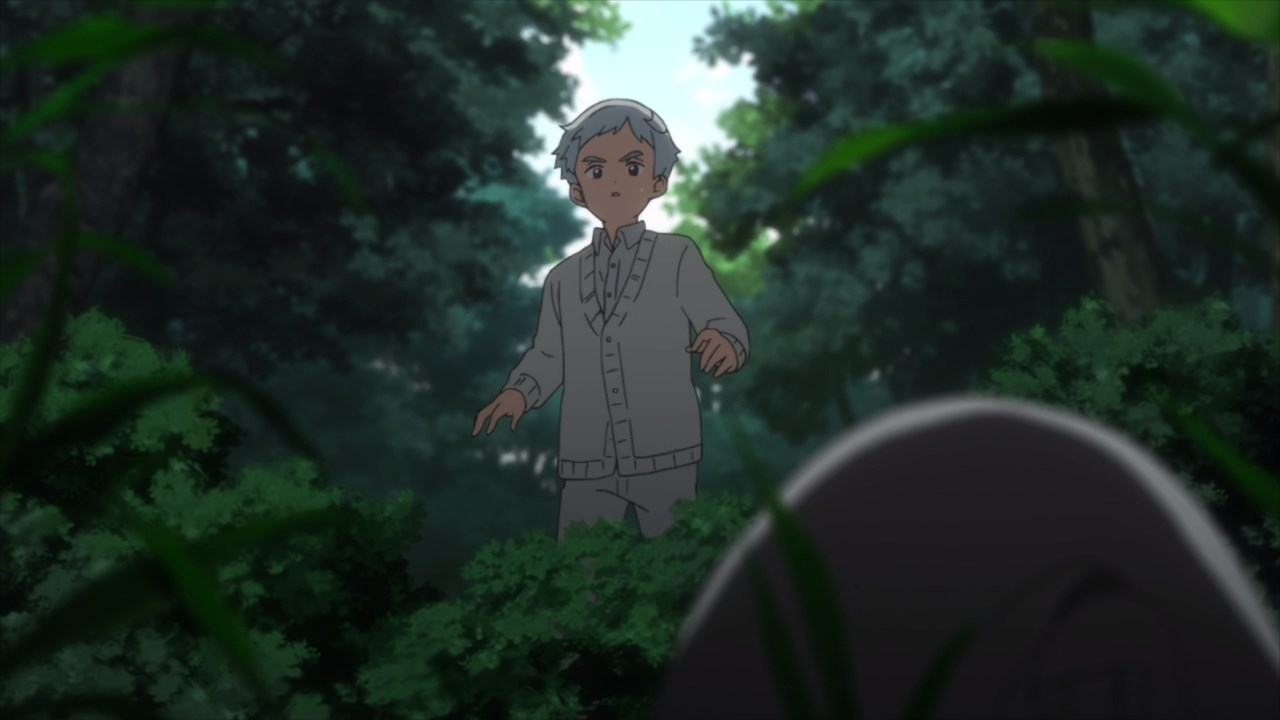 Meanwhile, Norman grabs the tools for their escape because they can’t stay at the orphanage for much longer! Once he grabs the tools, Norman will have to get Emma and- 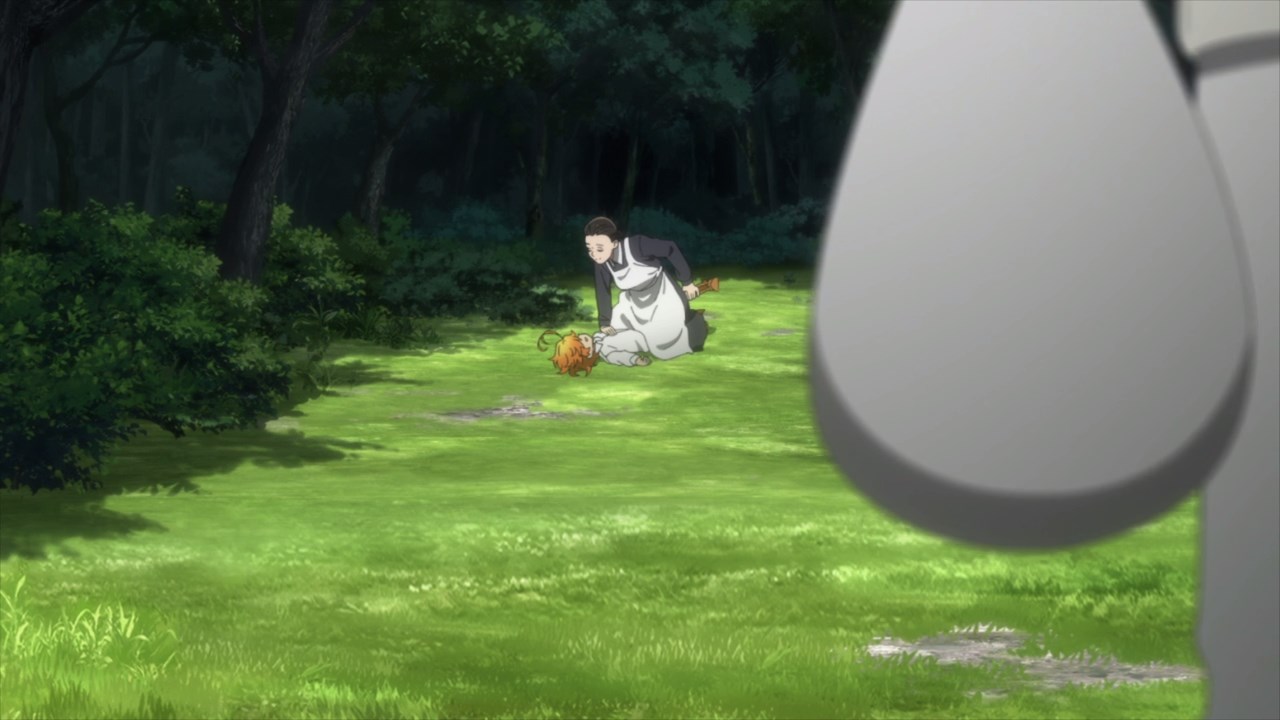 Oh nevermind, looks like Mother Isabella is too strong that she overpowers Emma. C’mon, Isabella is an adult compared to Emma! 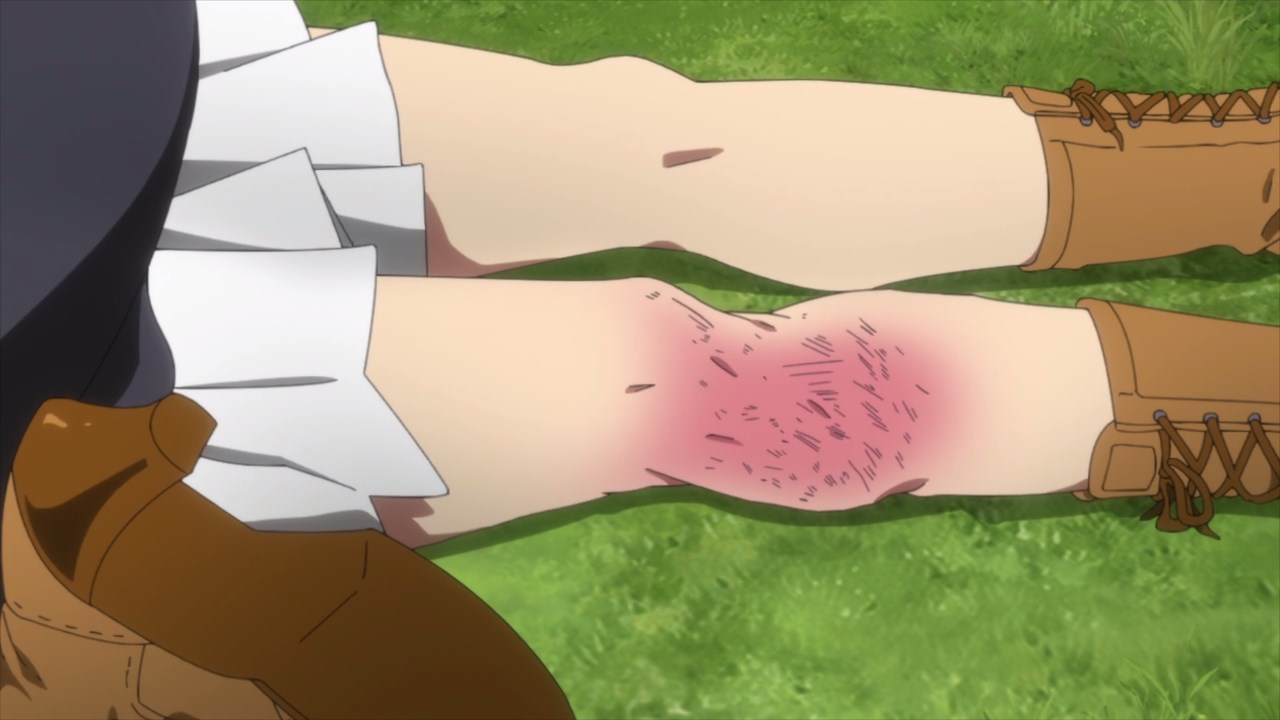 Then again, seems that Isabella put too much pressure on Emma that the foster mother broke one of Emma’s knees. Totally brutal coming from Isabella! 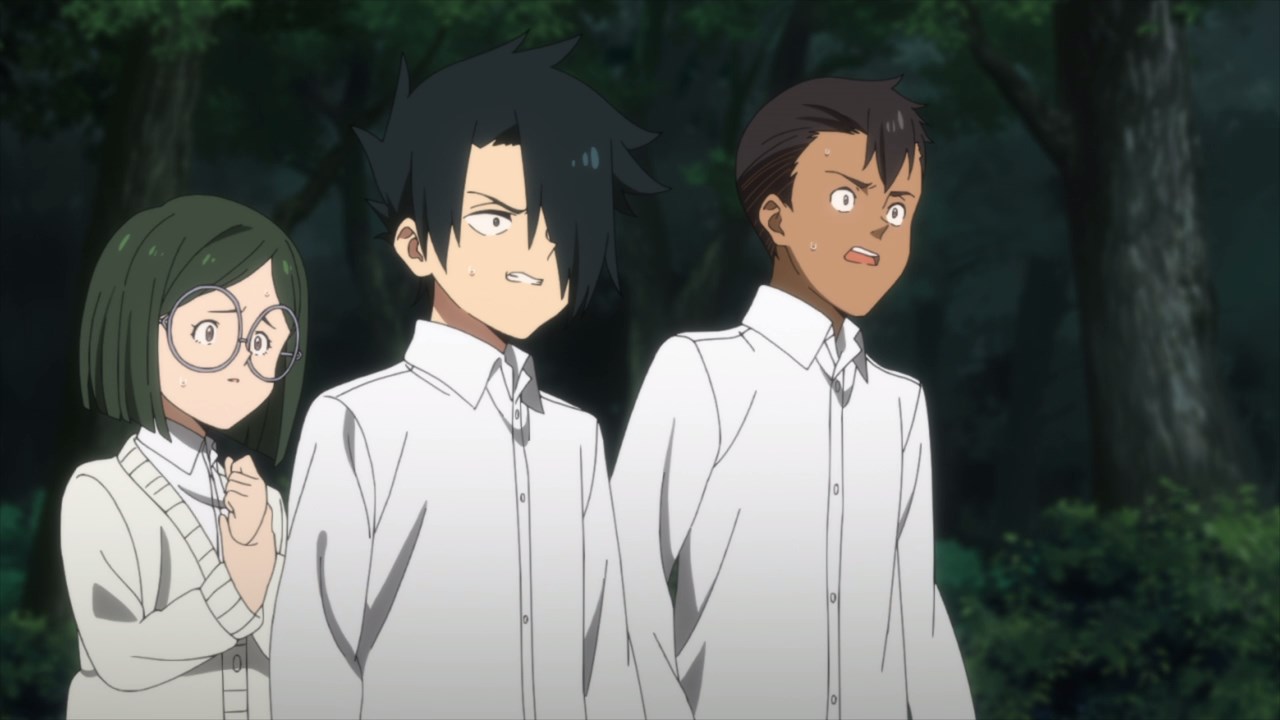 Meanwhile, it appears that Ray got out from his room thanks to Don and Gilda. However, they’re too late to stop Isabella as she dismantled both Emma and Norman, especially the former when Isabella hurt Emma. 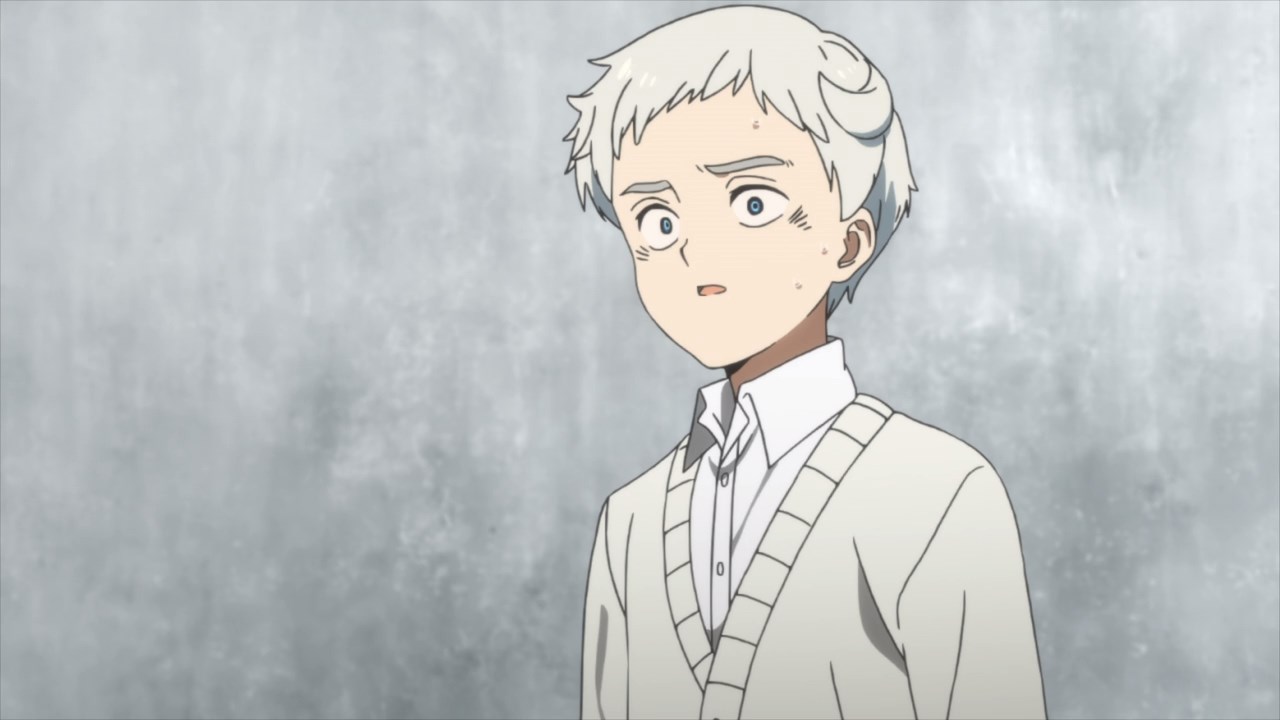 Oh, and the worst part? Isabella told Norman that the date of his shipment is already set. Basically, the inevitable will happen to him now that the escape plan is completely destroyed due to Emma’s injury, and possibly confiscating the tools that he hid in the bushes.

Now then, I wonder what’s gonna happen to the kids as Isabella drops a spanner on them? In any case, I’ll see you next time.