The Rising of the Shield Hero Episode #09 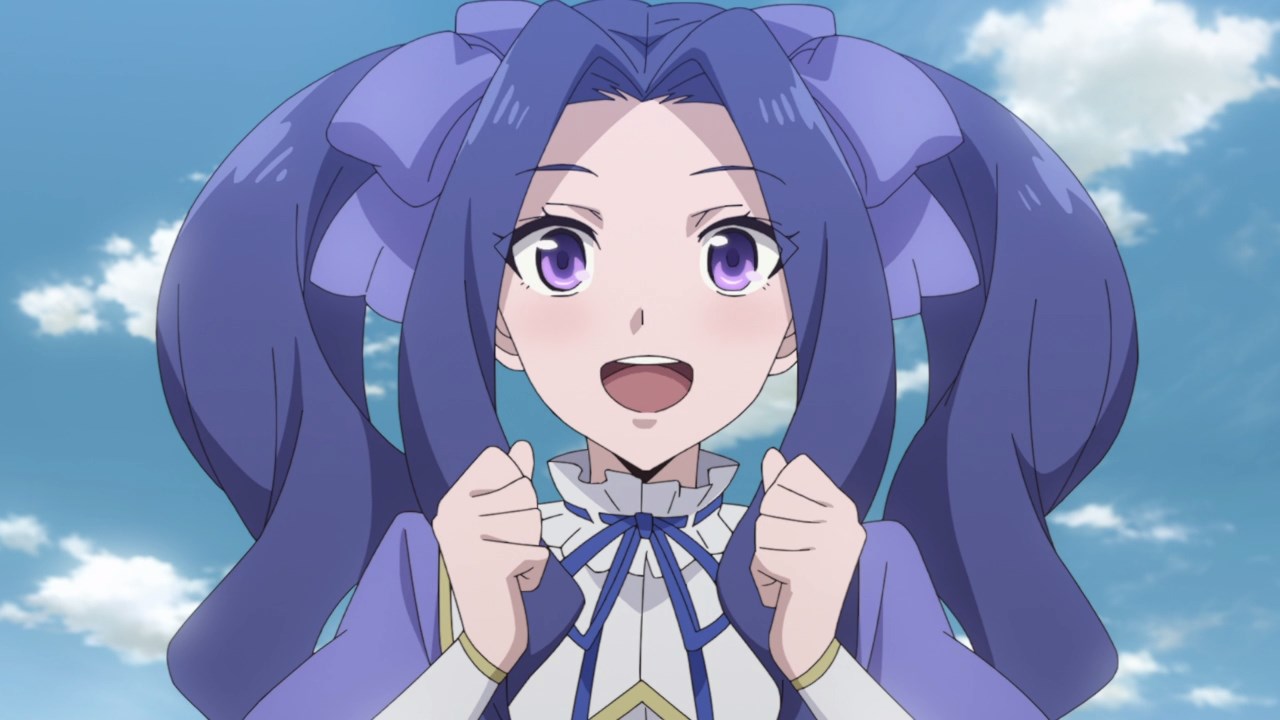 Well everyone, we have a new character introduced on this episode. This is Melty, a girl who just got separated by her guardians as she’s busy playing with filolials. 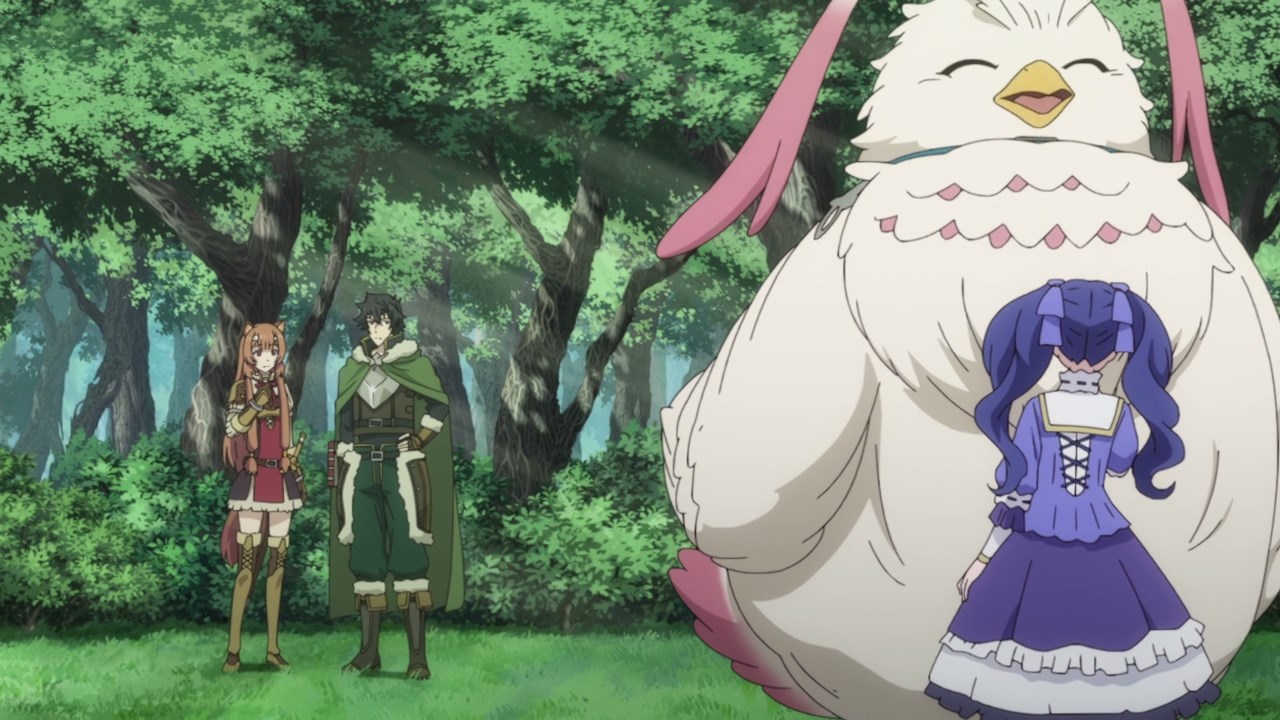 And speaking of filolials, Melty got attracted towards Filo-chan that she wants to play with this heavenly fowl. Well, at least Filo will have company while Naofumi Iwatani is busy finding a church to dispel Raphtalia’s curse.

Anyways, Melty will join the Shield Hero’s party for the time being until she’s reunited with her guardians. 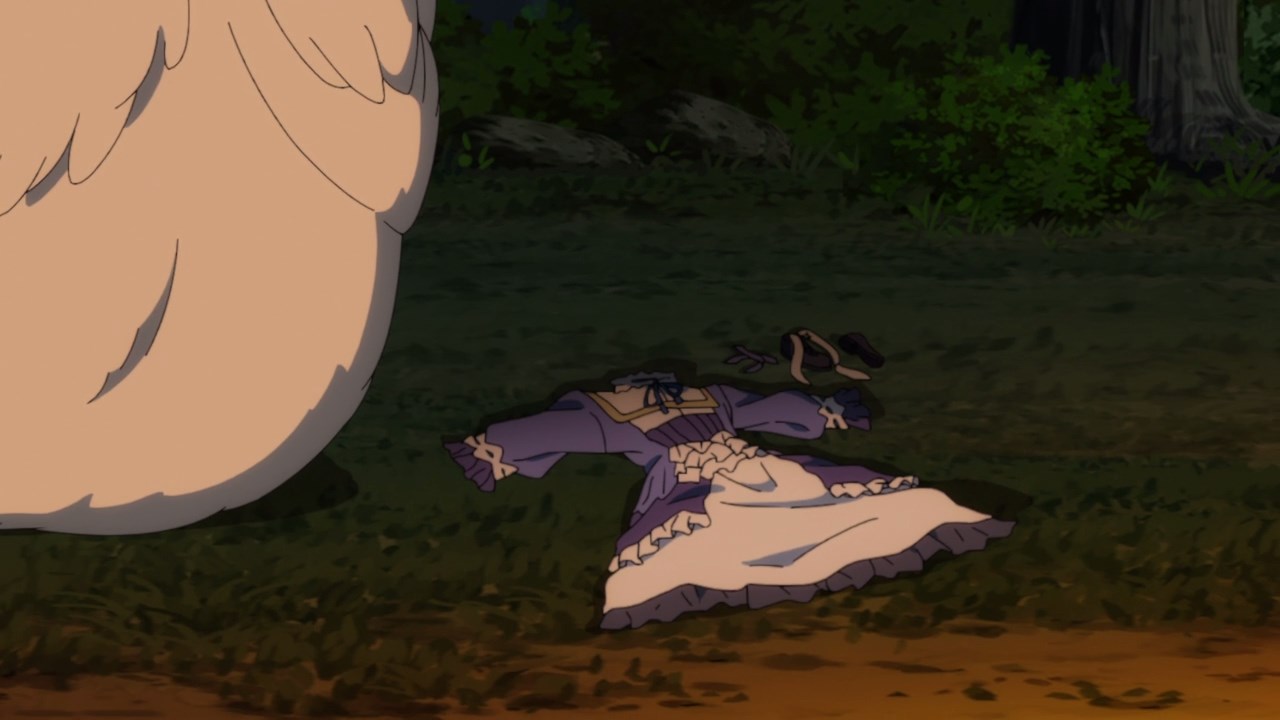 However, it appears that Melty disappeared where the only thing remains is her clothes.

Some say that she was eaten by a filolial. Wait a minute, don’t tell me that Melty got eaten by Filo? 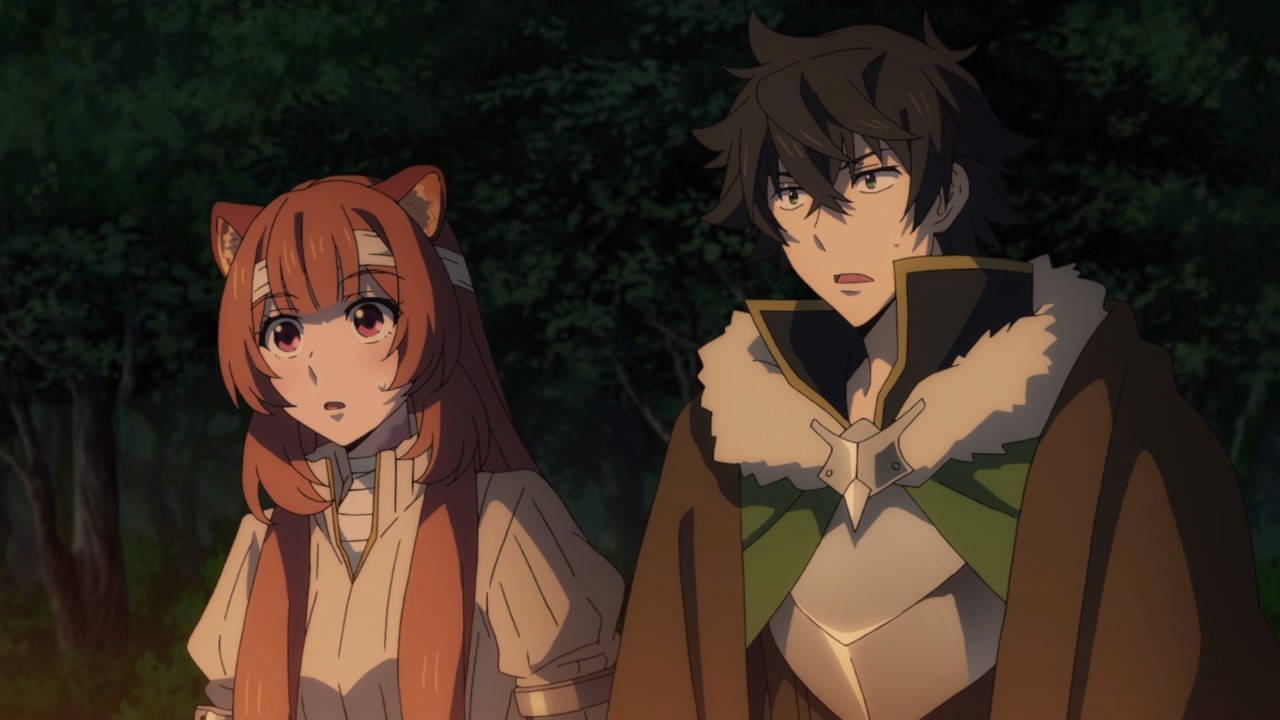 This leaves both Naofumi and Raphtalia in trouble as Melty’s guardians might accuse them of killing their girl.

Worse of all, Filo might get chopped into pieces by the local butcher. Still, what happened to Melty’s body if she was confirmed to be killed or eaten by Filo?

Well it turns out, Melty is actually alive as she decided to strip her clothes and sleep inside Filo’s soft feathers. Oh and by the way, Filo’s feathers are comfy! 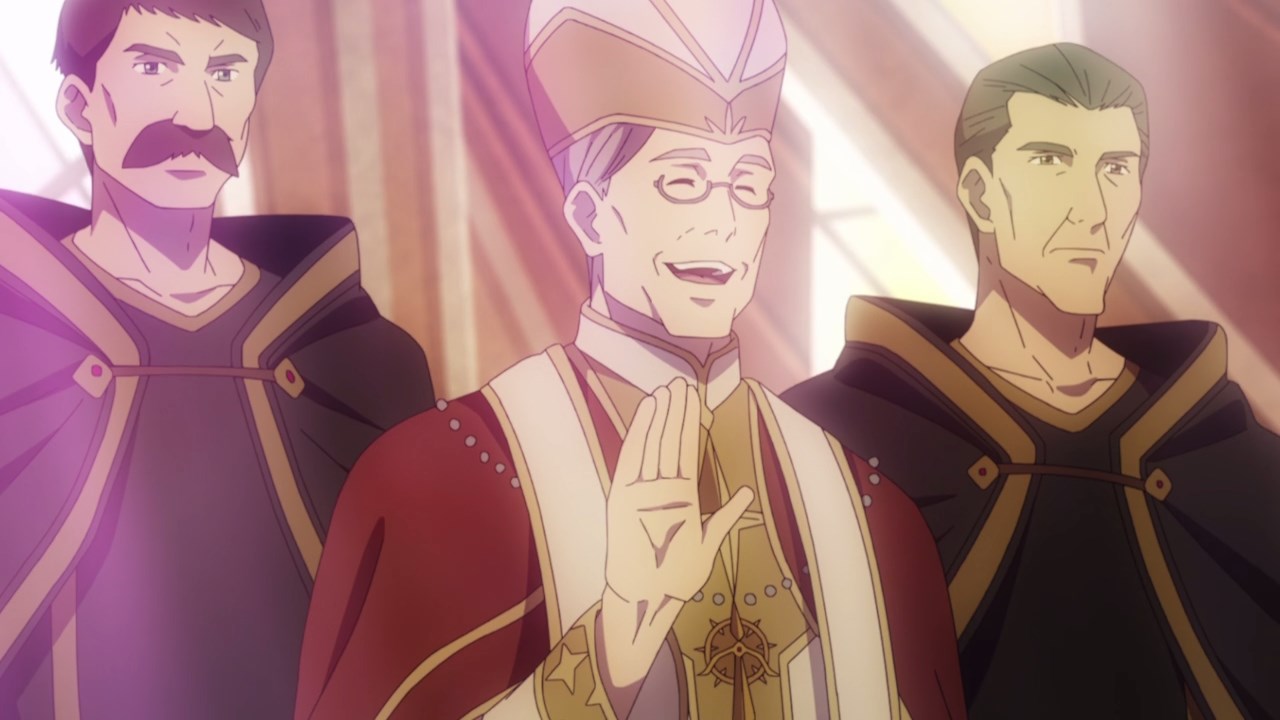 Meanwhile, let’s move onto the next scene as I introduce you to the Pope of the Church of Three Heroes. Why 3 Heroes instead of 4? Well, you’ve probably know that the Shield Hero is cursed to the entire Melromarc Kingdom.

Anyways, you might already seen the Pope back in Episode 4, but this episode will make his formal appearance as the Pope confronted both Naofumi and Raphtalia. With that said, Naofumi will pay one gold for one holy water. The genuine one, ’cause crude holy water won’t work on powerful curses! 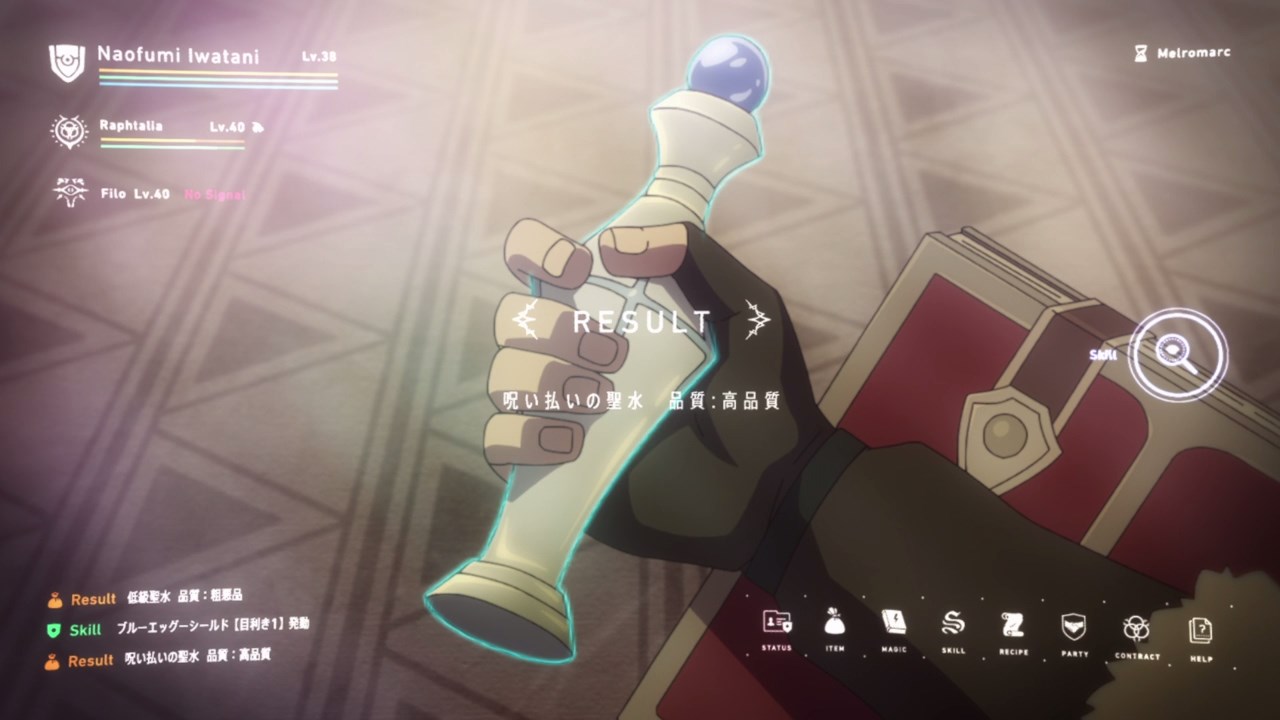 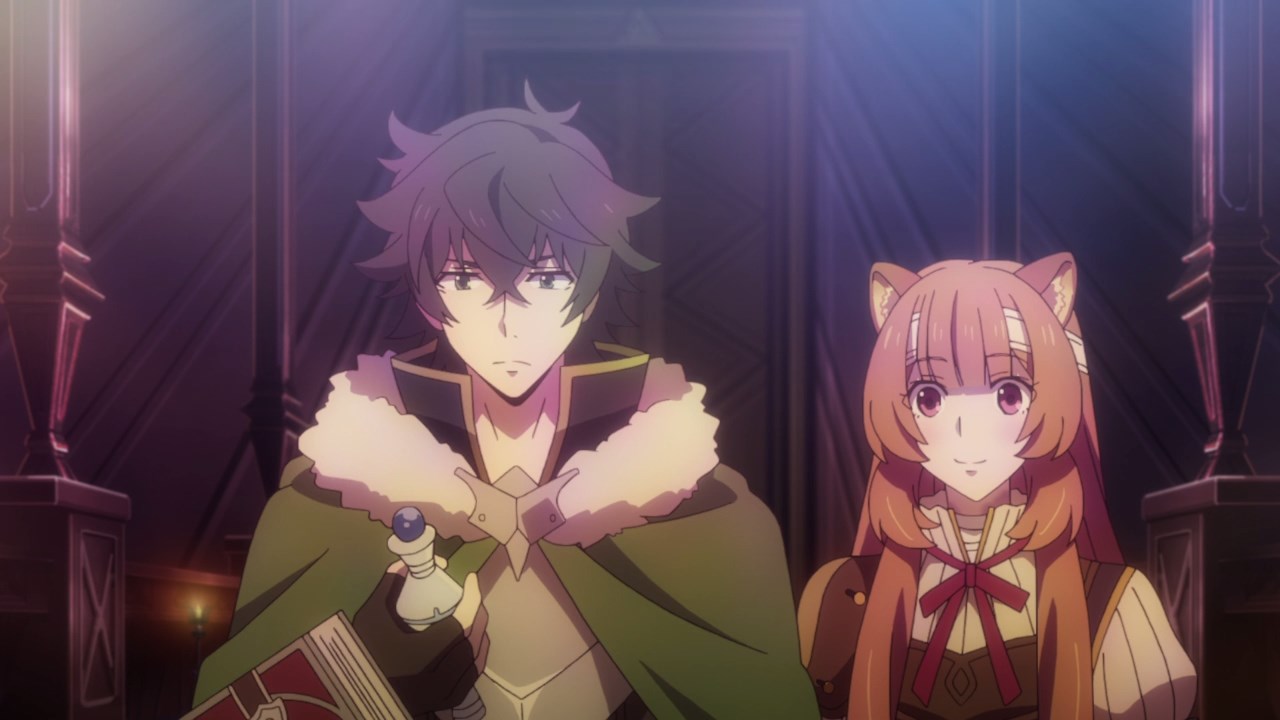 Of course, the Pope originally wanted to give Naofumi a bottle of crude holy water just to spite him, but mocking someone and doing bad things to them is a sin.

And with that, the Shield Hero got a bottle of pure curse-dispelling holy water for Raphtalia. Then again, I doubt that it’s pure because I’m skeptical towards the Pope and the members of the Church of Three Heroes. After all, they’re supported by the King of Melromarc. 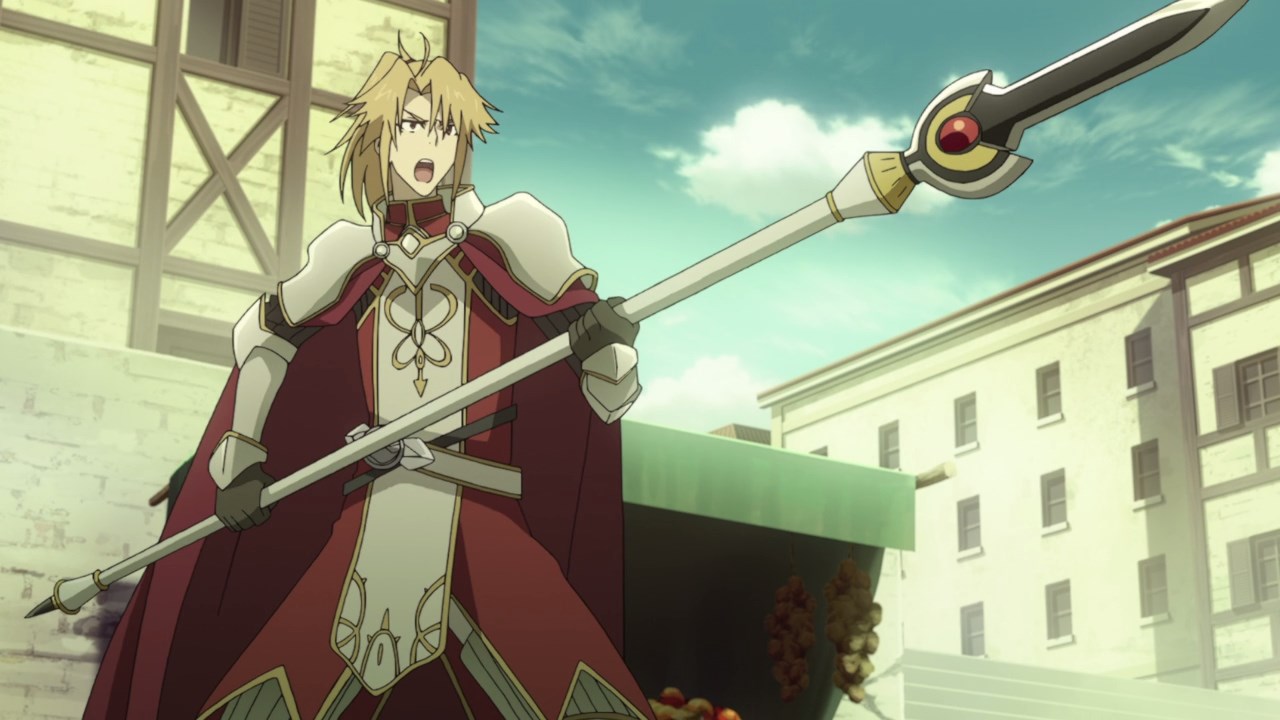 After Naofumi is done at the Church of Three Heroes, he got ambushed by Motoyasu Kitamura where he challenge the Shield Hero to a duel in hopes of rescuing Raphtalia, while getting Filo which Motoyasu claims that she’s a cute angel descended from heaven.

First of all, he can’t get over Raphtalia and now he wants to take Filo too? Wow, I guess he doesn’t know about Filo’s filolial form yet! 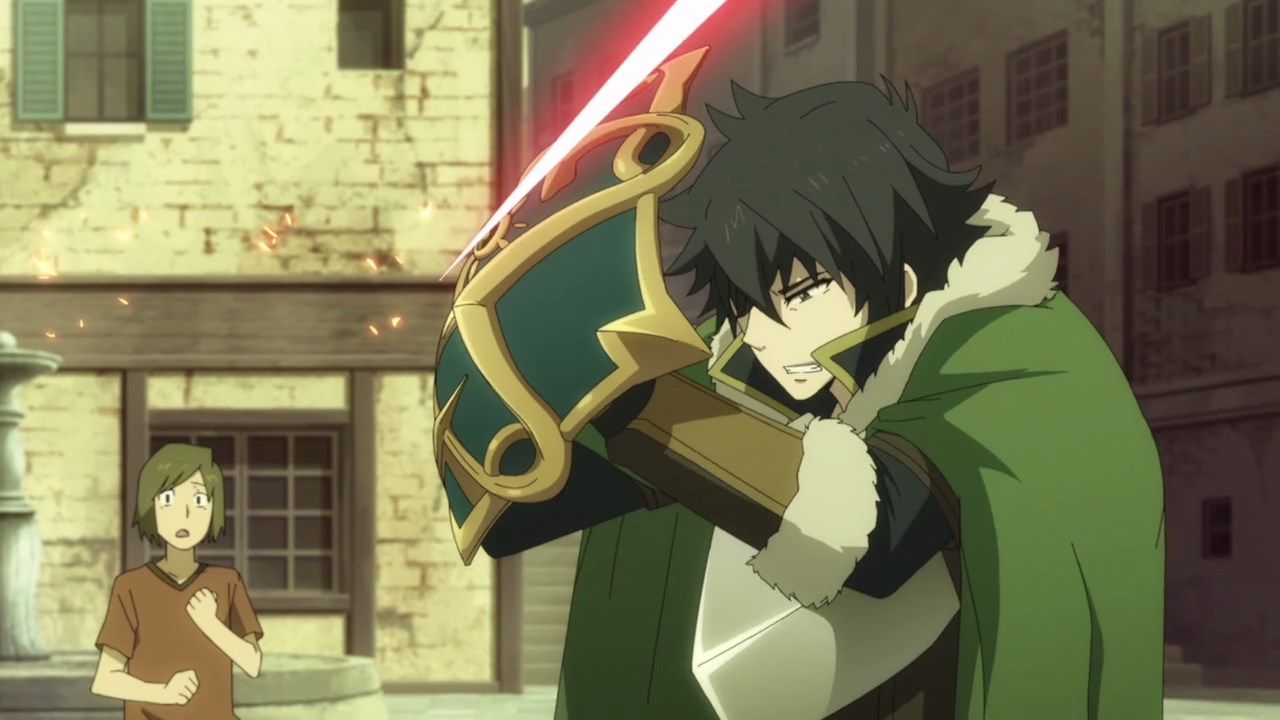 And second, challenging Naofumi to a duel in the middle of a busy market is not good. Then again, Motoyasu doesn’t care about those bystanders as long as he defeats Naofumi right here. 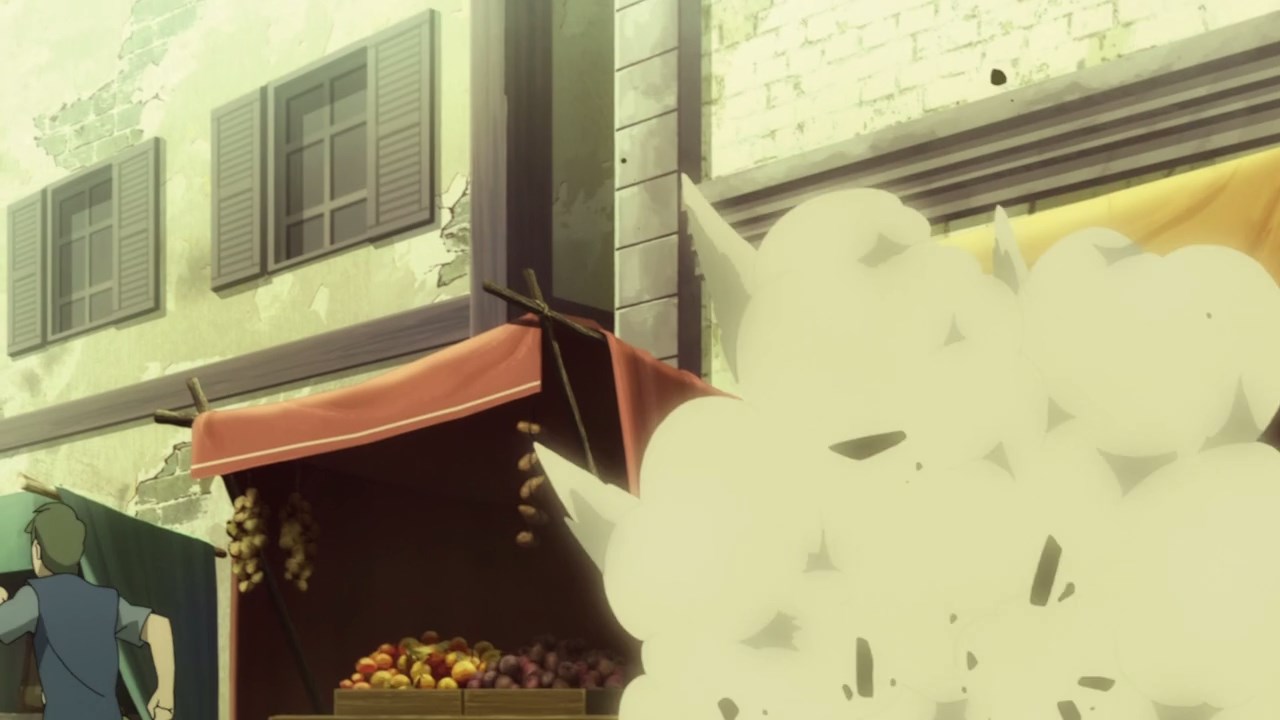 But you know what, I think they should fight in an arena, not in a public place like the market. And as you can see, the bystanders are getting hurt because of this ruckus. 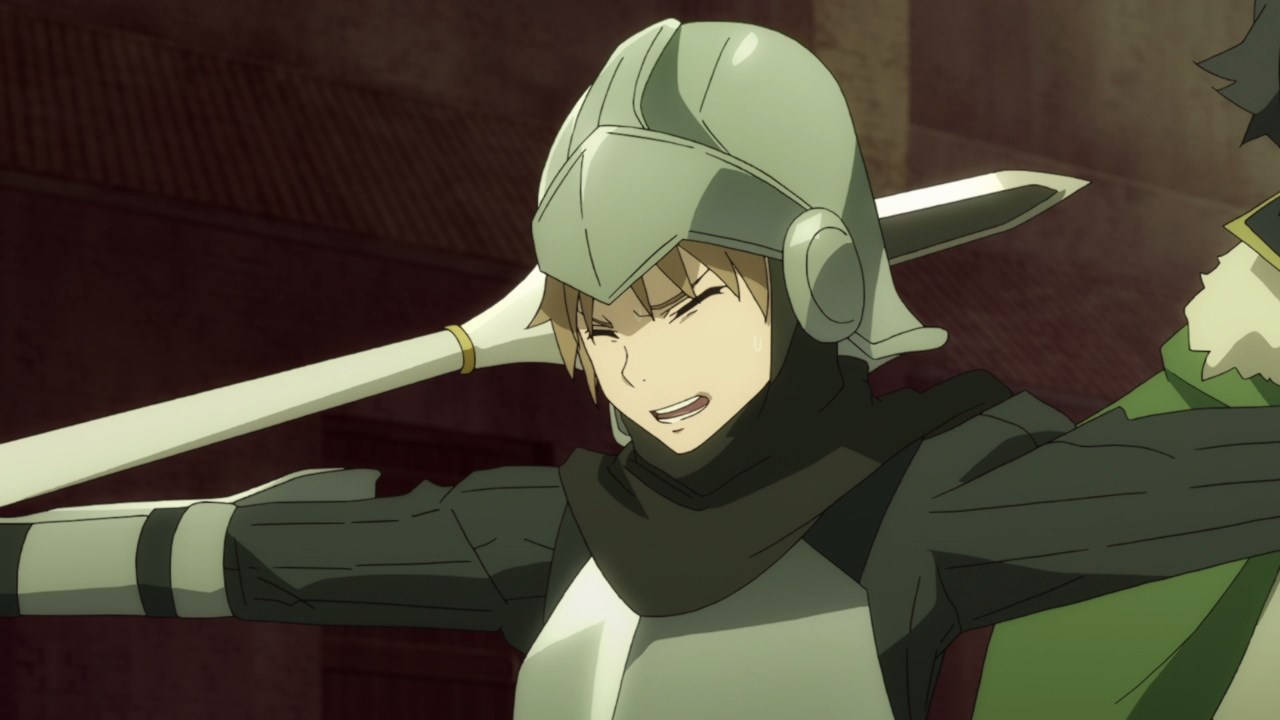 That’s until one of the soldiers from Episode 3 stopped the fight. Of course, this guy is here to meet with Naofumi, although the Shield Hero wants to stay away from anyone from the kingdom, especially Princess Malty. 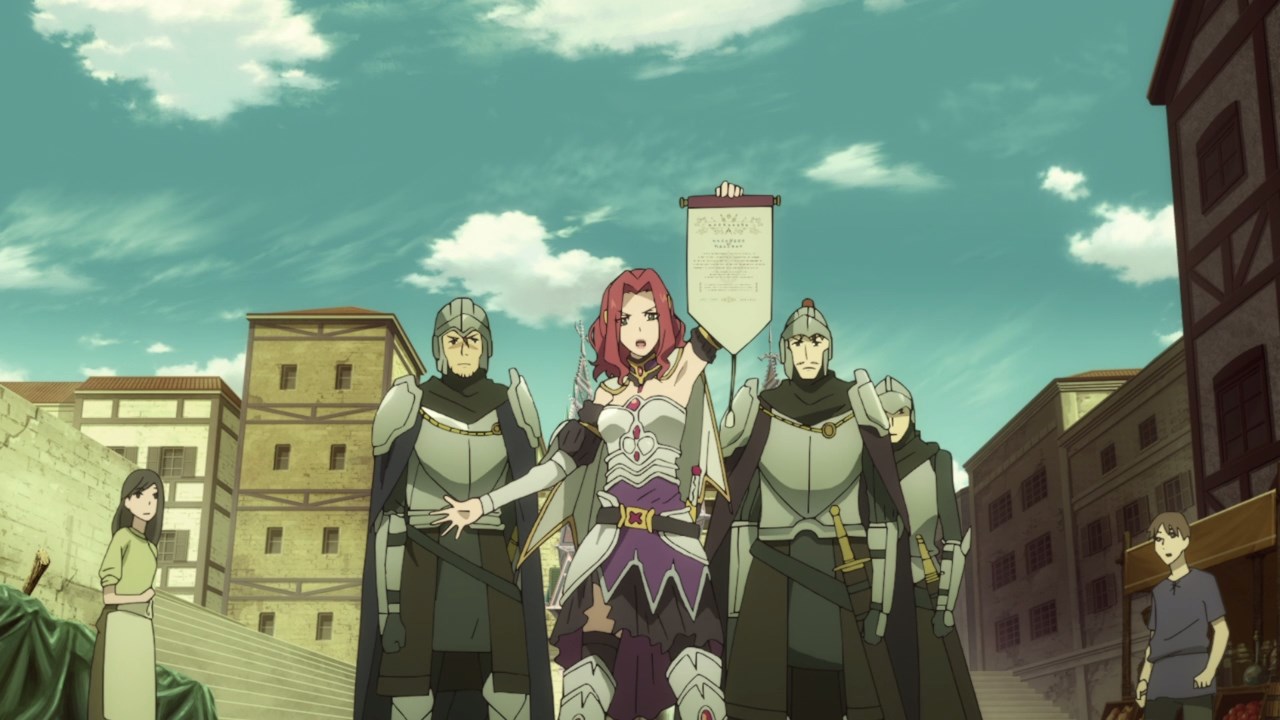 Then again, I spoke too soon as that bitch princess has arrived to declare an official duel between the Spear Hero and the Shield Hero.

Why are you doing this Malty, especially at a public place like the market!? Everyone doesn’t want to get caught between Motoyasu and Naofumi, but you don’t fuckin’ care! 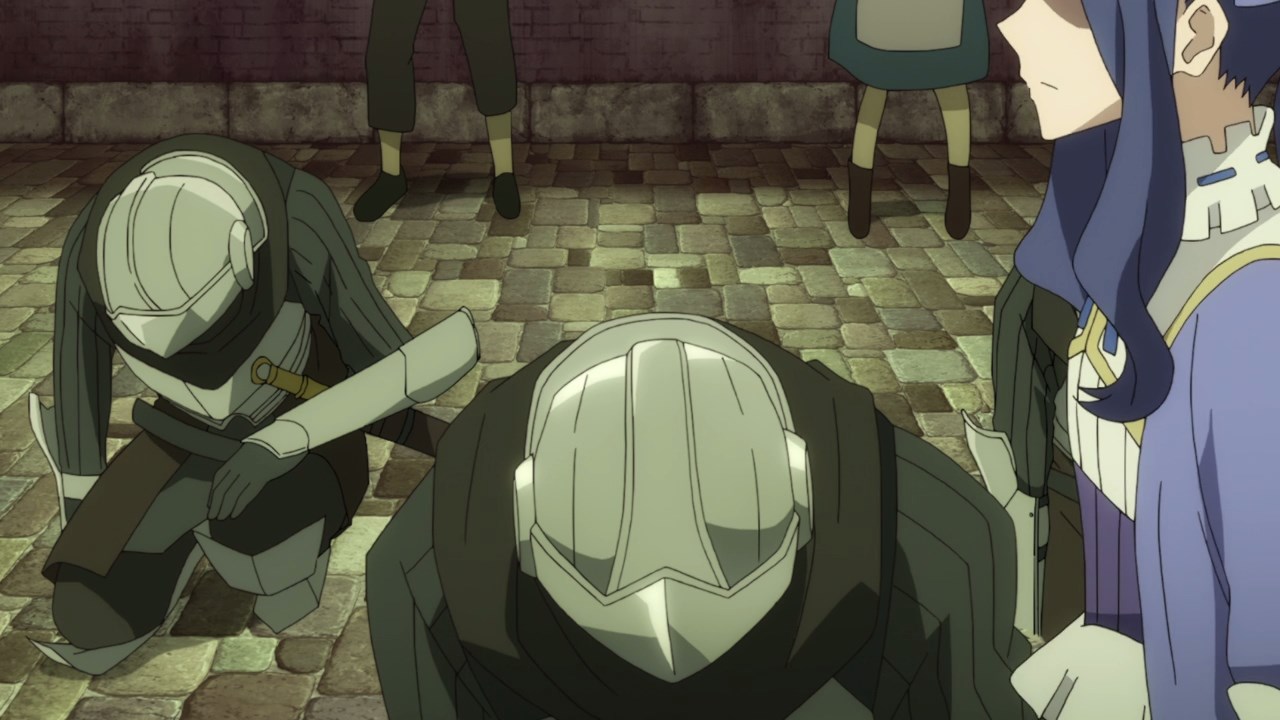 That’s until someone appeared to stop this farce of a duel as the soldiers gave way for this important person. Wait, isn’t that Melty? 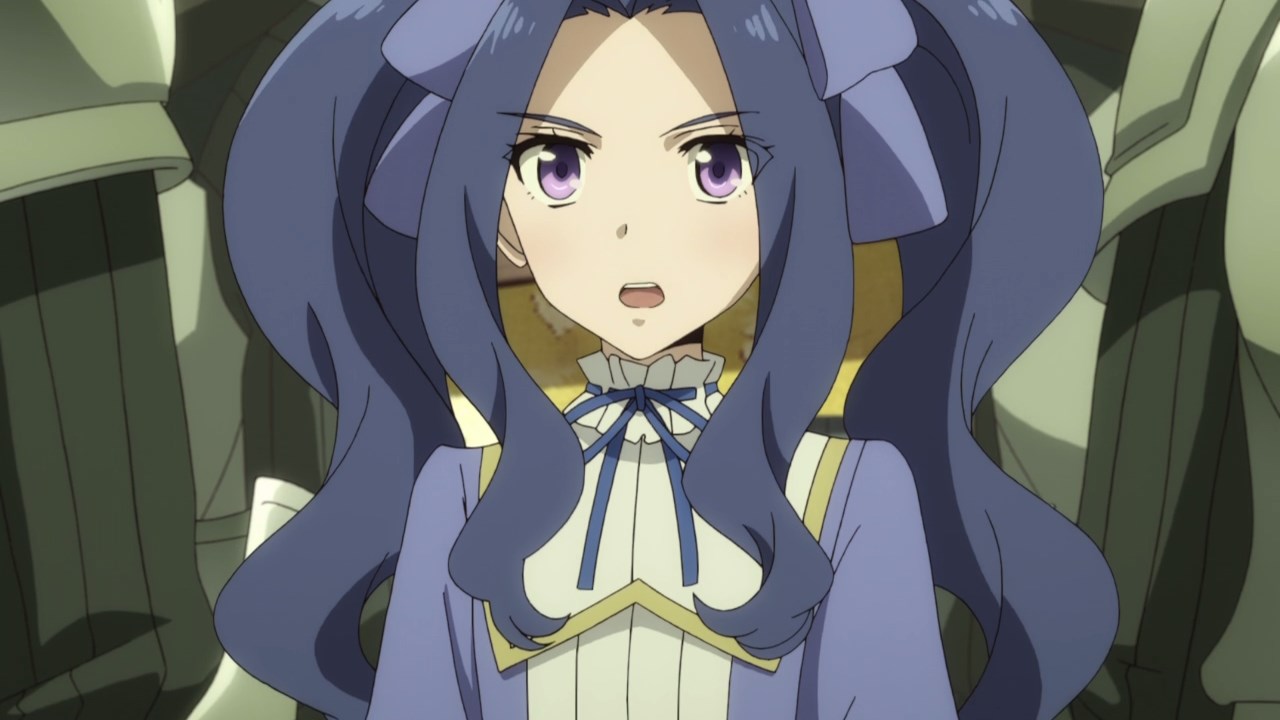 Well, turns out that she is as Melty declared herself as not only Malty’s younger sister, but also the princess of the Melromarc Kingdom. Oh, and she’s the heir apparent to the throne.

But come to think of it, Malty should be the next in line since she’s the eldest daughter, right? Well, turns out that the Queen didn’t make Malty as the crown princess because she’s bad news, thus the Queen decided to make Melty as her successor to the throne. 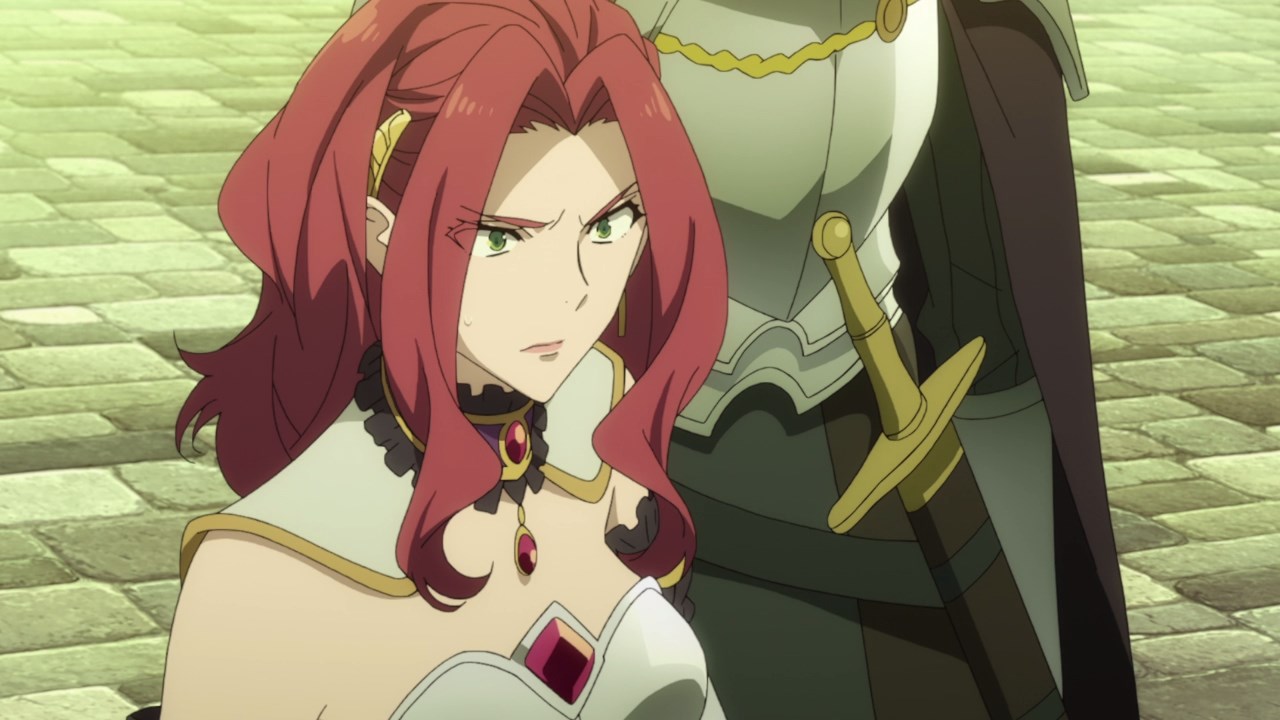 As for Bitch Princess Malty, she couldn’t do anything but to pull out. Besides, it’s dangerous to hold a duel at a public place! 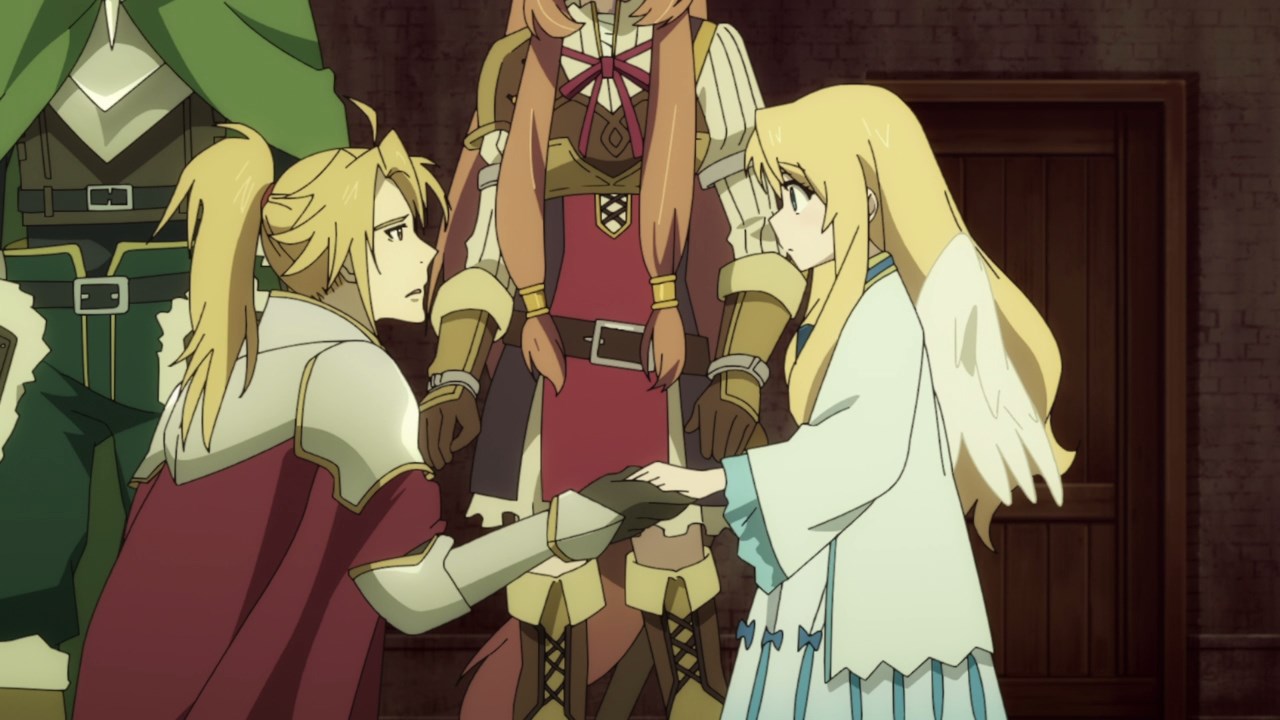 On the other hand, here’s Motoyasu Kitamura as he finally found Filo-chan. Then again, he doesn’t like Filo being used by Naofumi of all people, yet Motoyasu doesn’t know that Filo hates him! 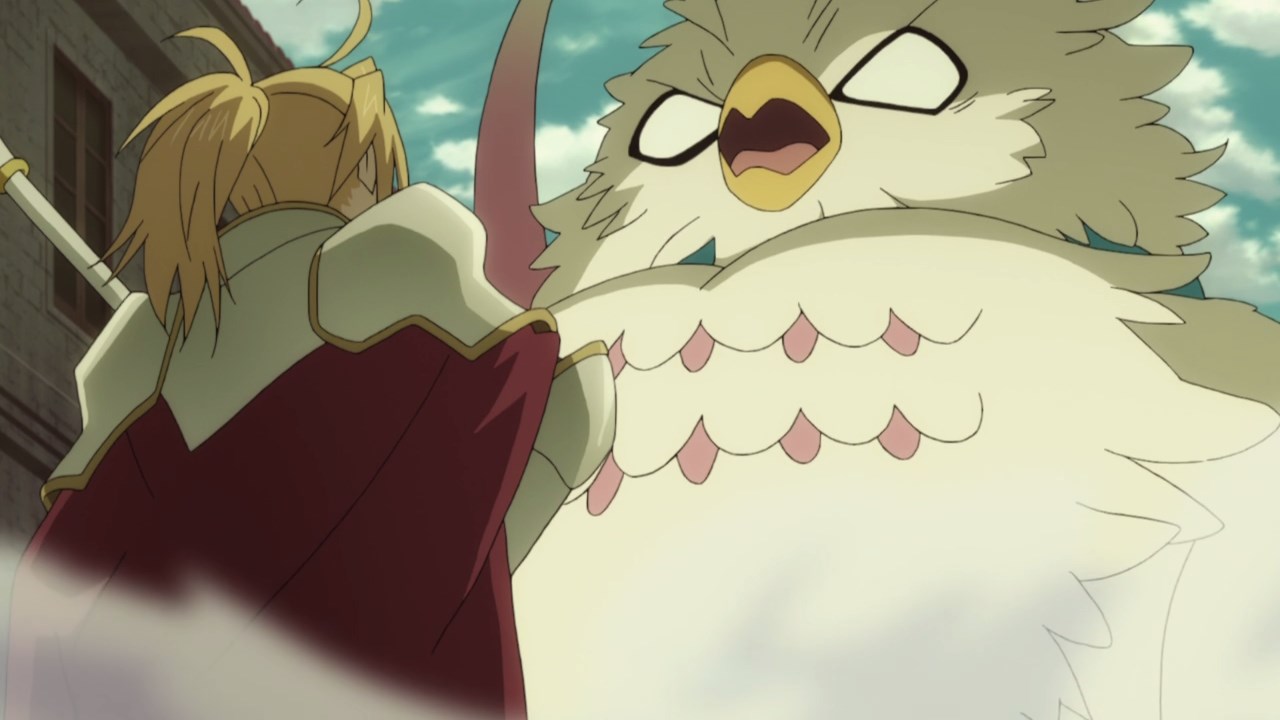 Oh yeah, and this time Filo will remind Motoyasu that this heavenly fowl is not the one to be messed with as she transforms into her filolial form… 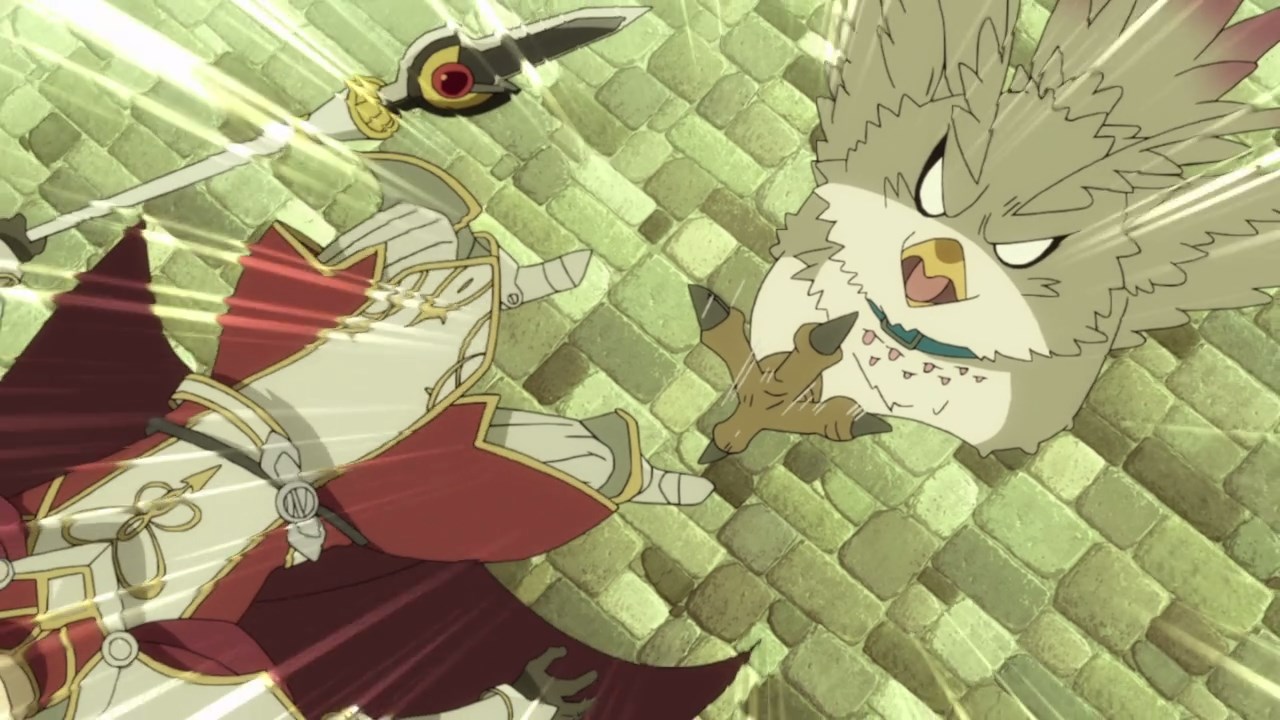 …and proceeds to kick Motoyasu in the junk. Well, looks like the Spear Hero will be blasting off again~!

Then again, I hope he doesn’t come back for a while because I hate him, not just because of being Malty’s yes man but the Spear Hero is an goddamn idiot! 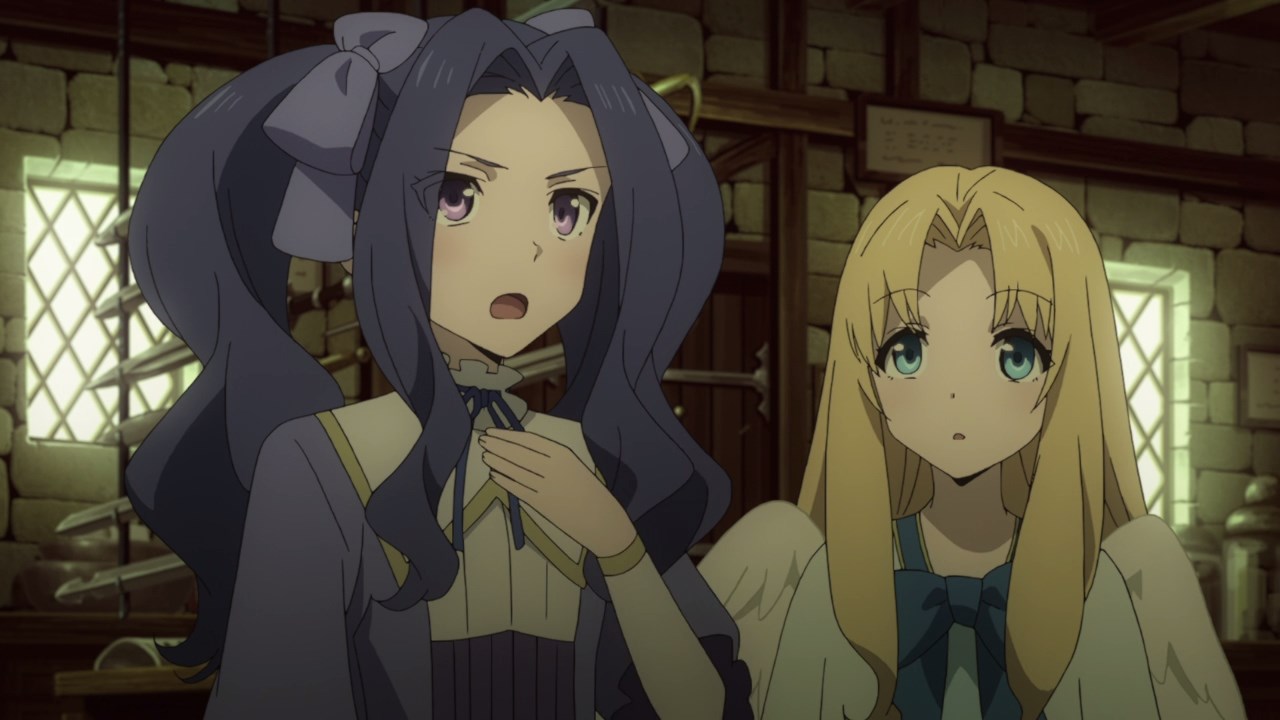 Now that Melty told the Shield Hero that she’s the crown princess and kick Malty away from the scene, she asked Naofumi to help her on a dangerous task because Melty trusts him. 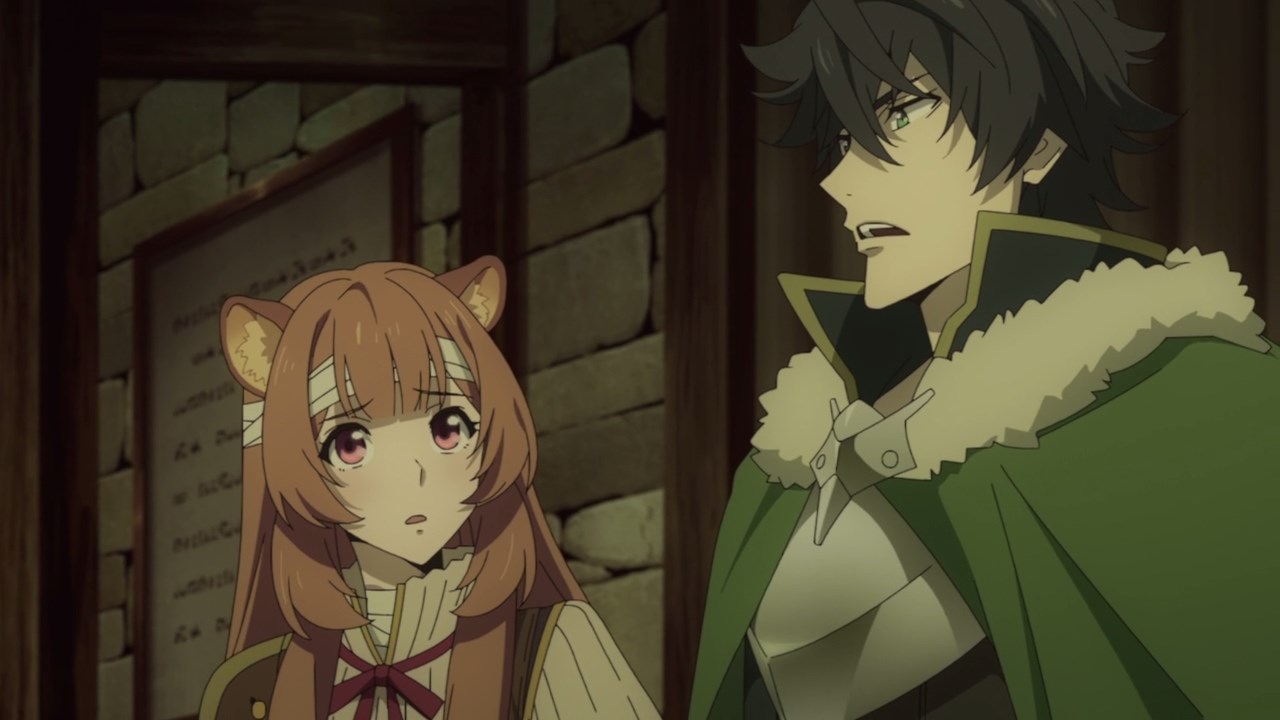 Unfortunately, Naofumi told Melty that he won’t help her because of trust issues, despite Melty being honest at this moment. And if you know why the Shield Hero has some mistrust to the entire Melromarc Kingdom, ask that bitch princess Malty to find out!

But that’s about it for this week’s episode of The Rising of the Shield Hero. While it’s nice that there’s someone from the Melromarc Kingdom who trusts the Shield Hero despite the King and Princess Malty declared Naofumi as the cursed one, Naofumi can’t trust Melty nor the Queen yet.

So until the next episode, I don’t know what Naofumi and his party’s next move will be. Heck, I don’t know if Raphtalia is cured or not.