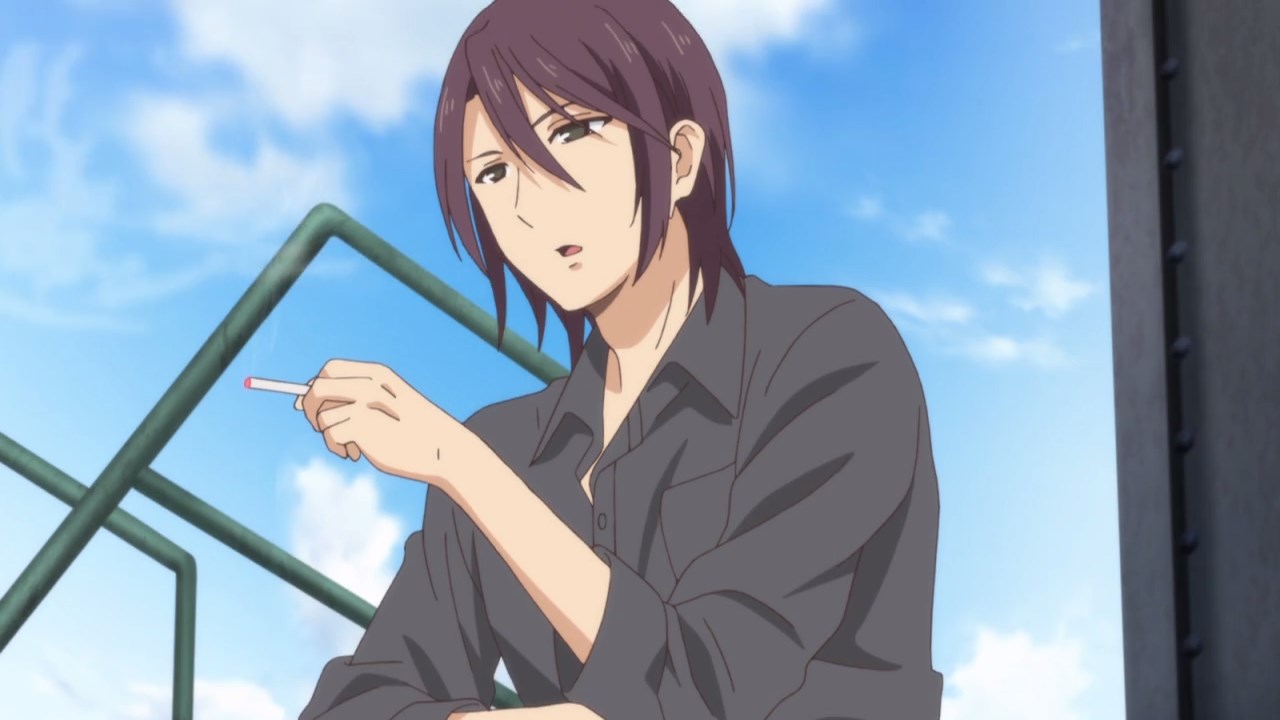 Well everyone, I’m back with Domestic Girlfriend and man, I need to catch it up soon. But let’s start this episode with Reiji Kiriya, a literature teacher who spends his free time smoking at the rooftop. 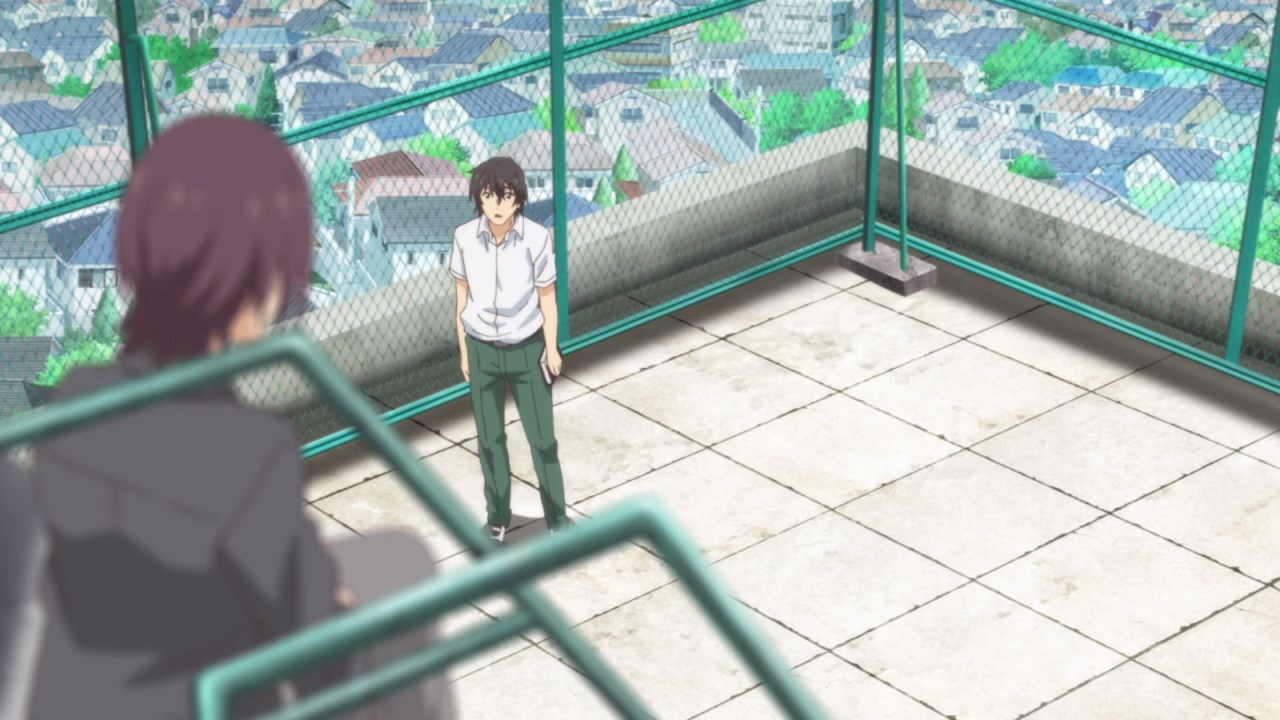 And here’s Natsuo Fujii who spends his time reading books as research until Natsuo saw Kiriya-sensei, which he noticed that his student is studying diligently. 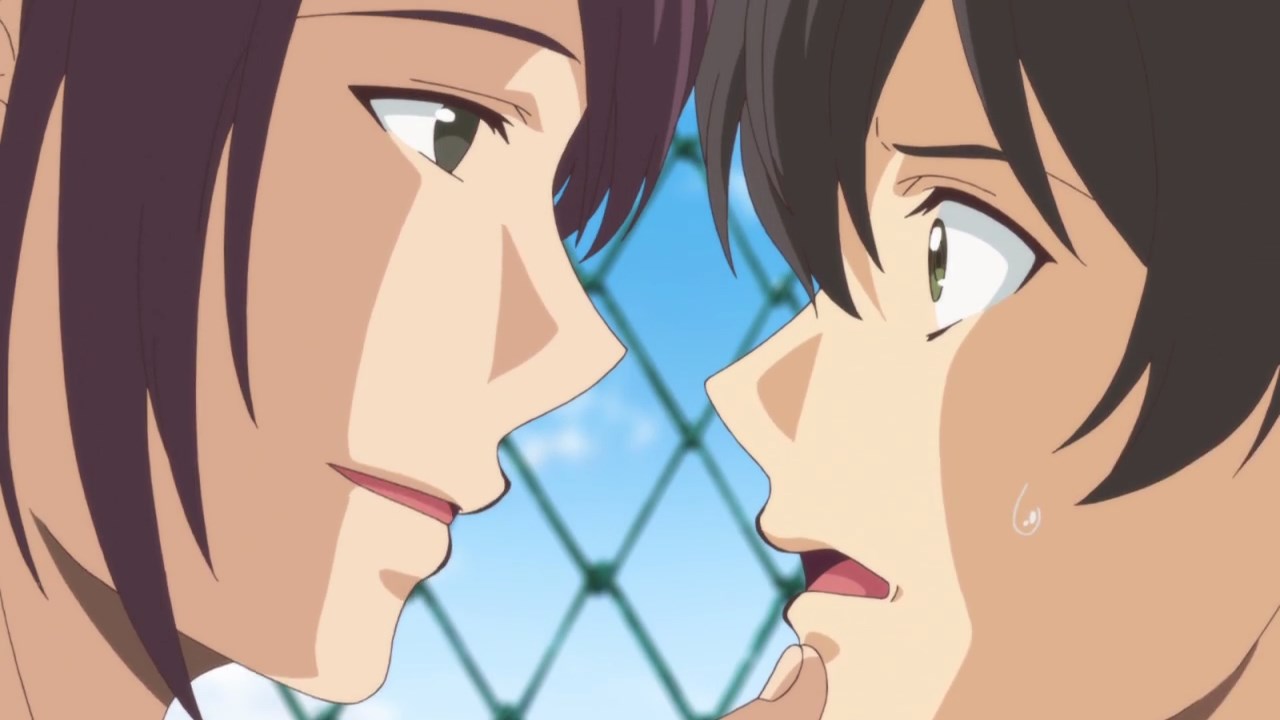 In any case, Reiji Kiriya got him interested towards Natsuo Fujii. Then again, his face is too close towards Natsuo-kun as if he’s gonna kiss him. 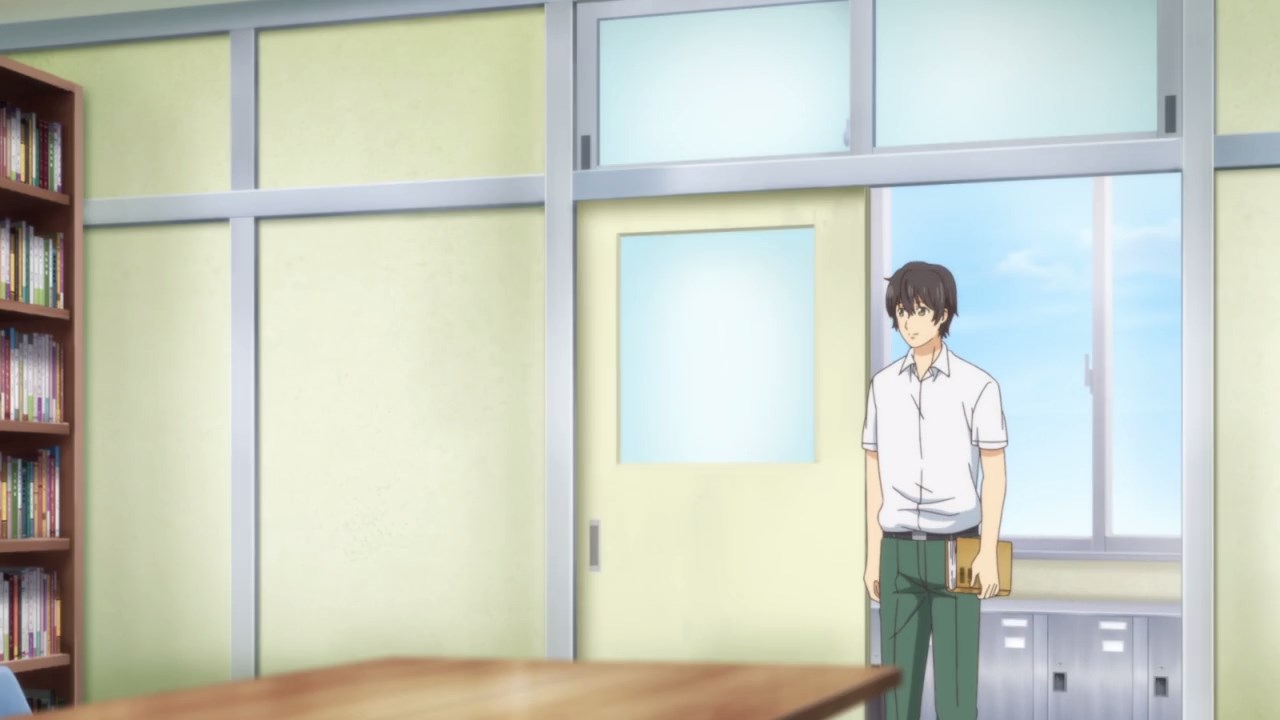 Now then, let’s move onto the next scene where Natsuo Fujii finds a club for Rui Tachibana as she’s interested of joining one. So, he went to the literature club where it’s filled with interesting novels. 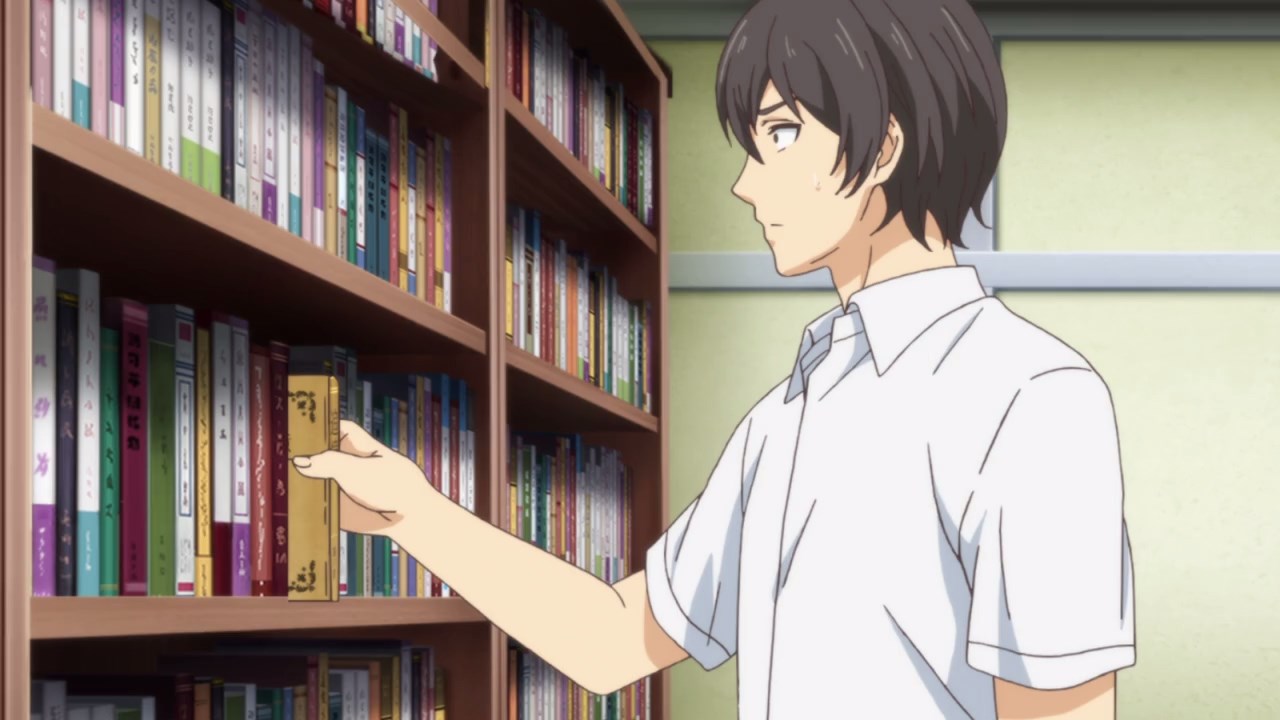 So much that Natsuo wants to “borrow” one of the books and read it. However, it seems that Fujii felt something strange inside this club room. 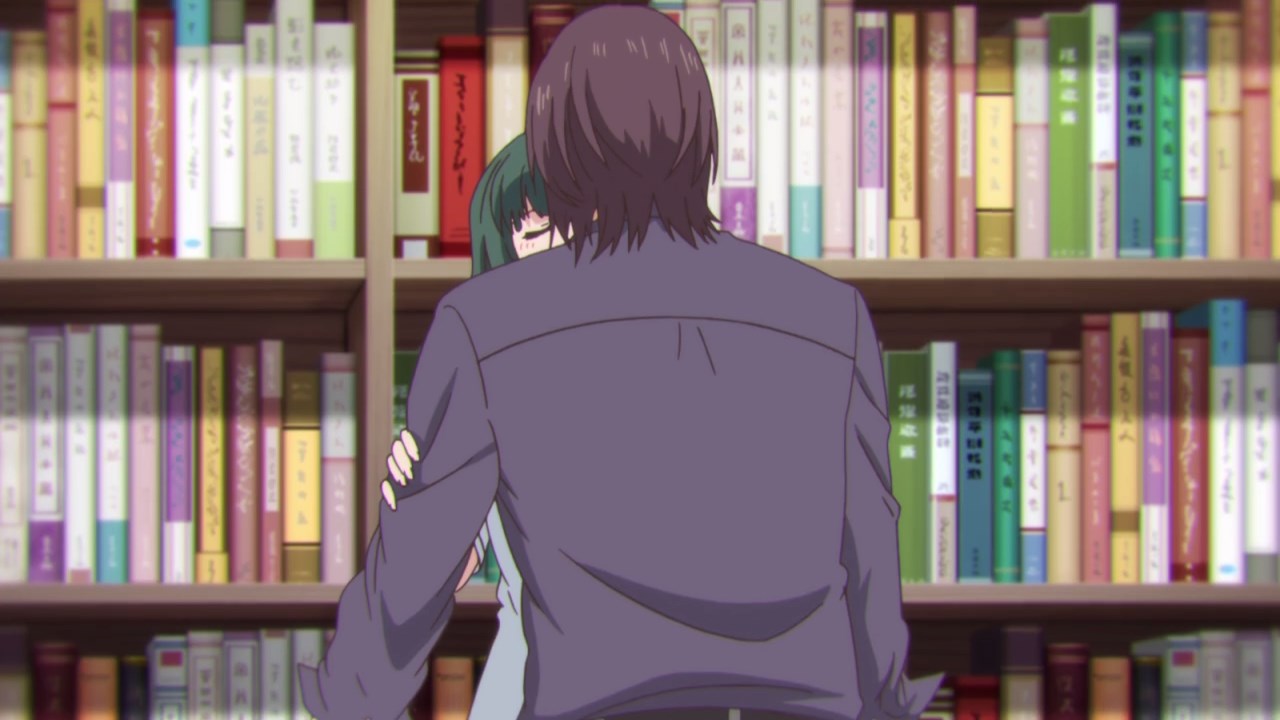 Turns out, Natsuo Fujii saw Reiji Kiriya kissing a girl at a corner. Yeah, this is one scandalous event that Kiriya-sensei might get fired over it. 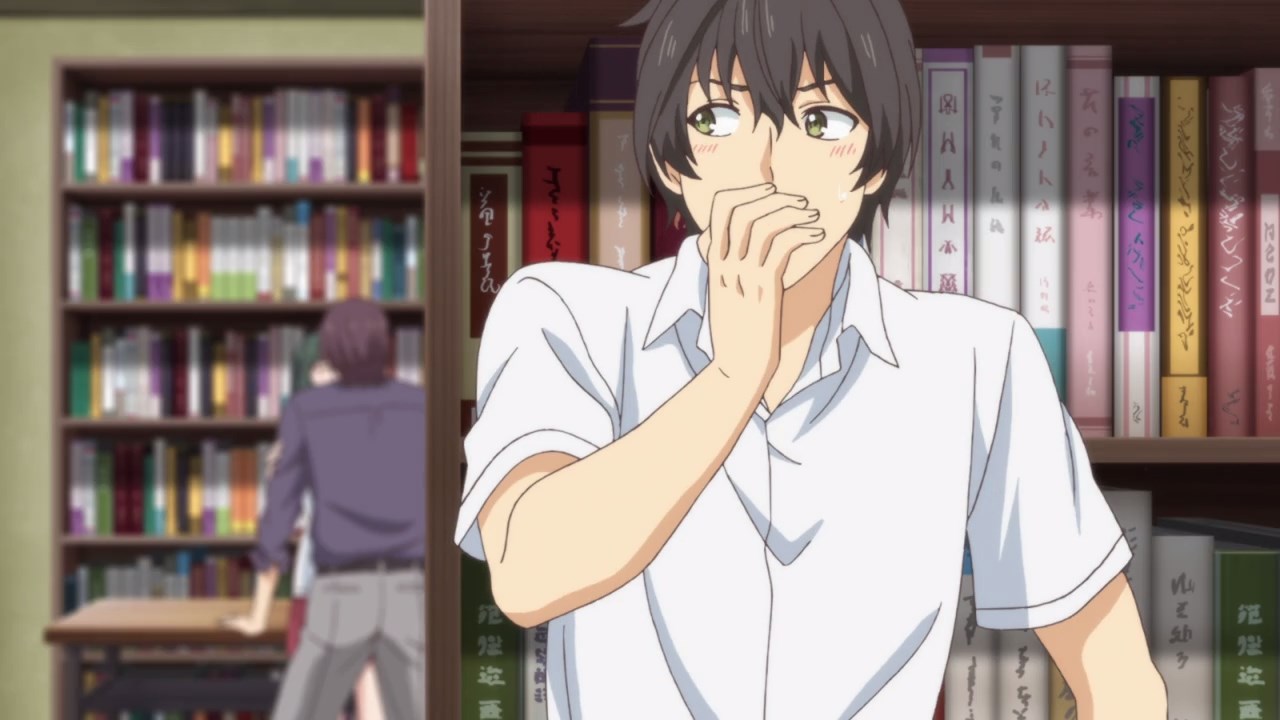 Then again, Natsuo wants to keep it under wraps as he slowly walks away from the room and forget all about it. 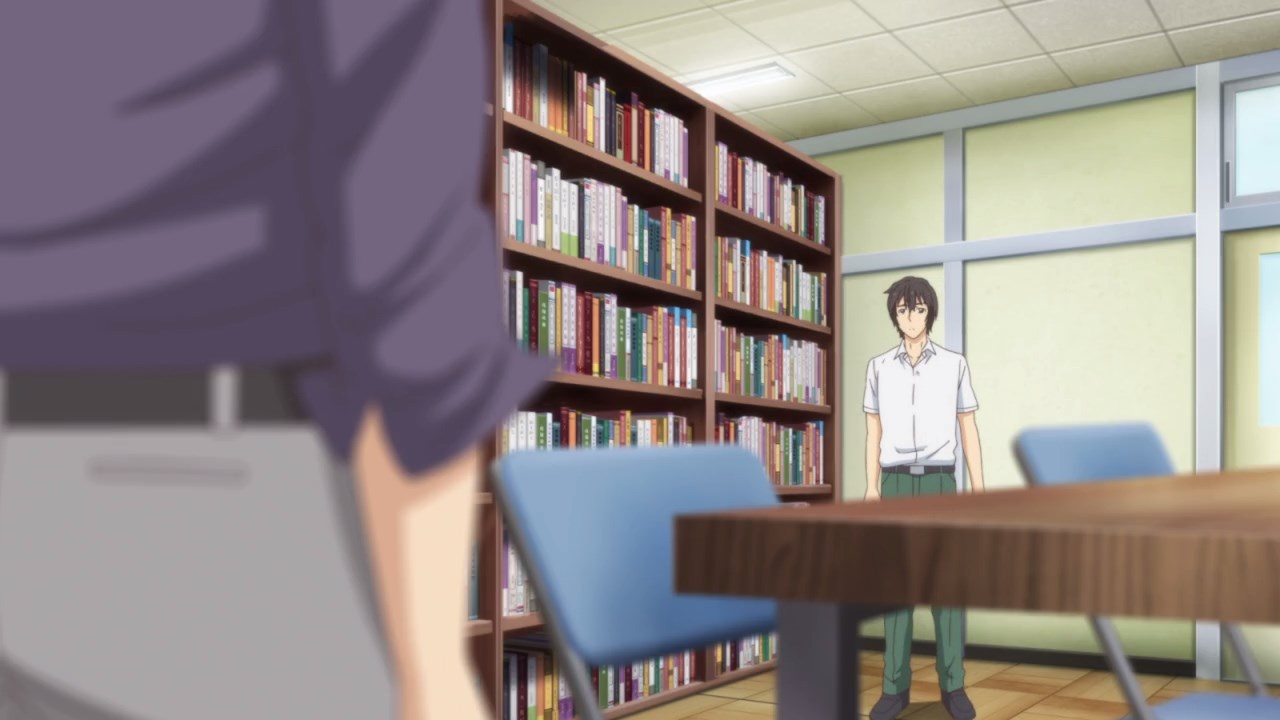 That’s until Kiriya-sensei and the female student noticed Fujii and called him out. I guess they really want to keep their relationship a secret, huh? 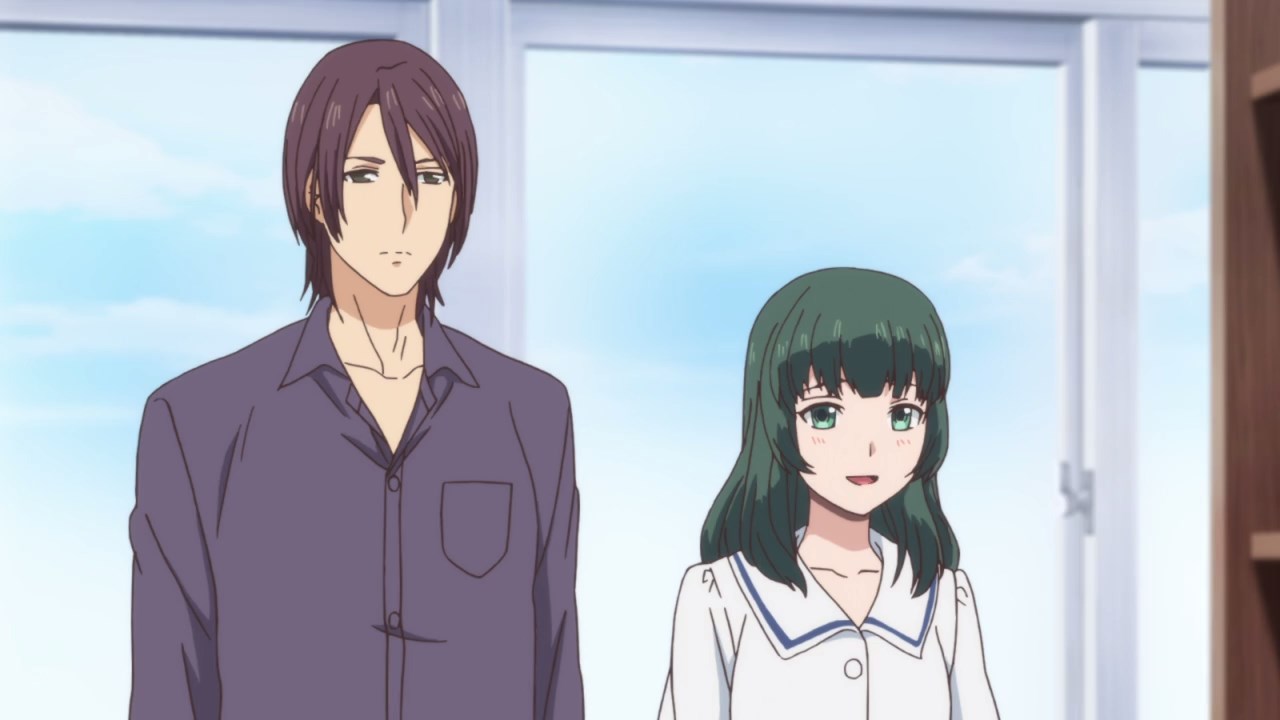 Well actually, this female student named Miu Ashihara wants to clear up some misunderstanding with regards to Reiji Kiriya, who happened to be the advisor of the literature club. 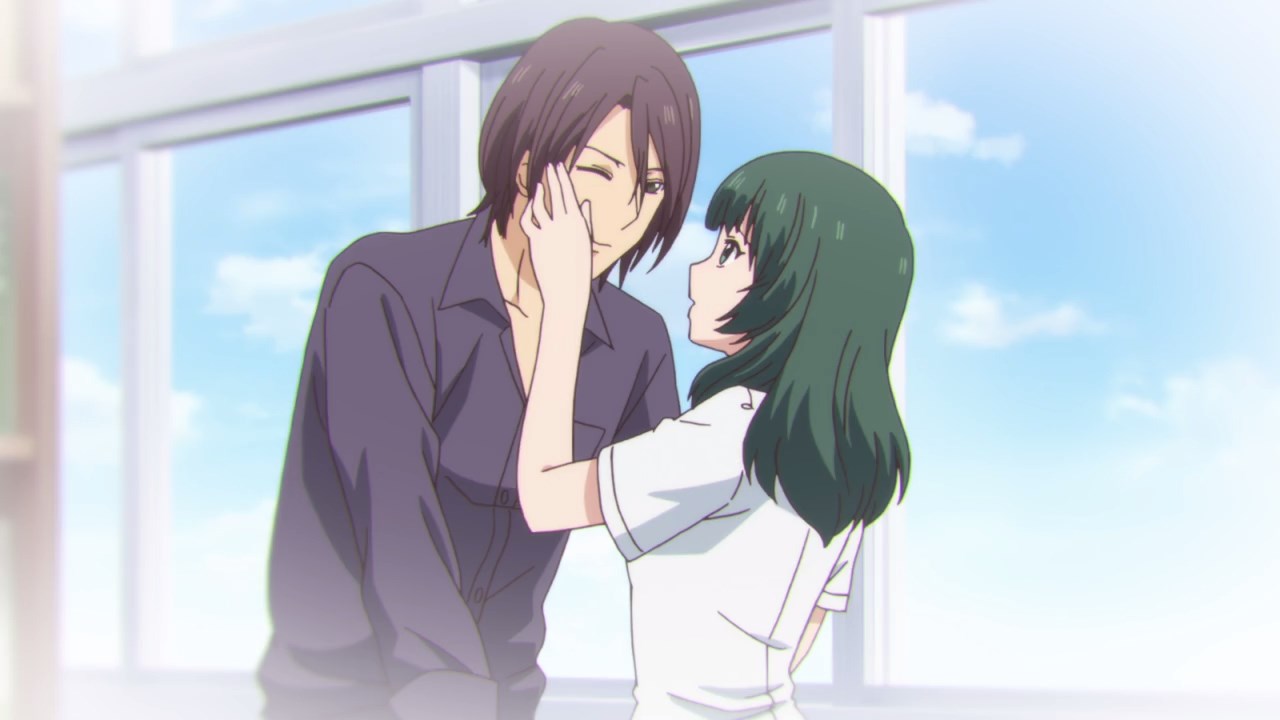 Anyways, turns out that Kiriya-sensei got some dust in his eyes and asked Ashihara to take it out. Glad that it was cleared out. 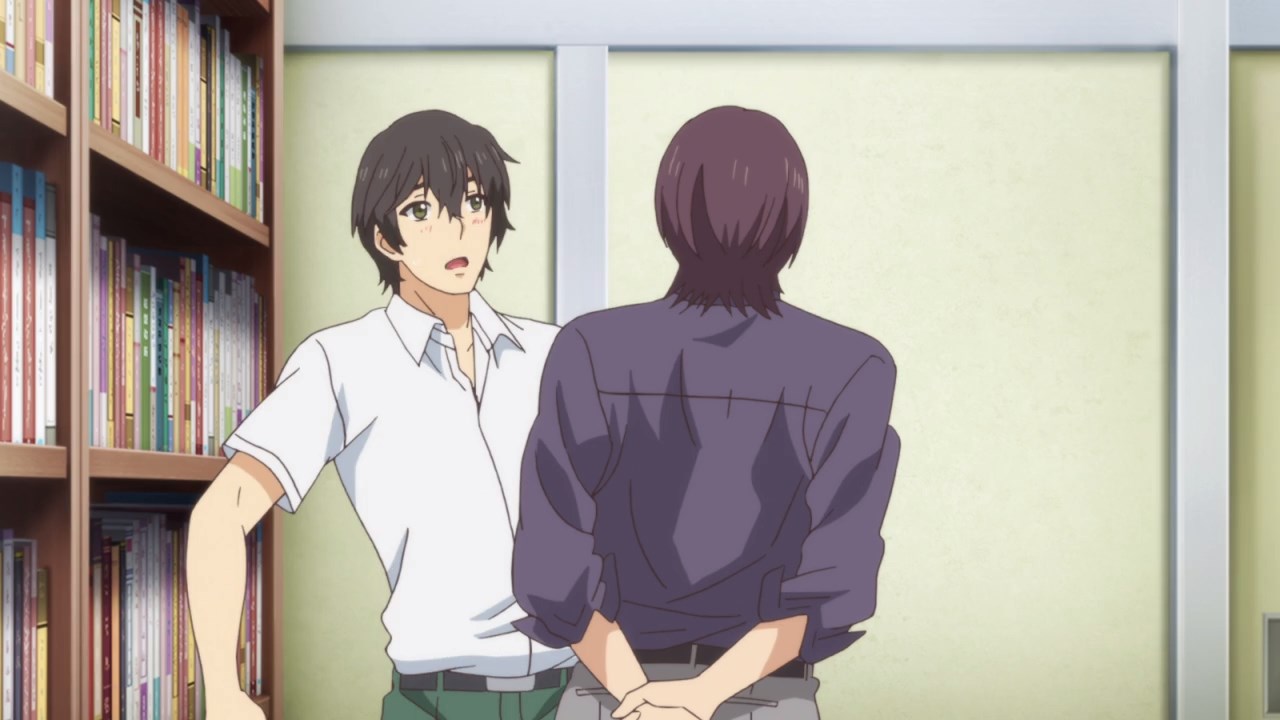 However, Reiji Kiriya is not yet done towards Natsuo Fujii as he still very suspicious towards him… 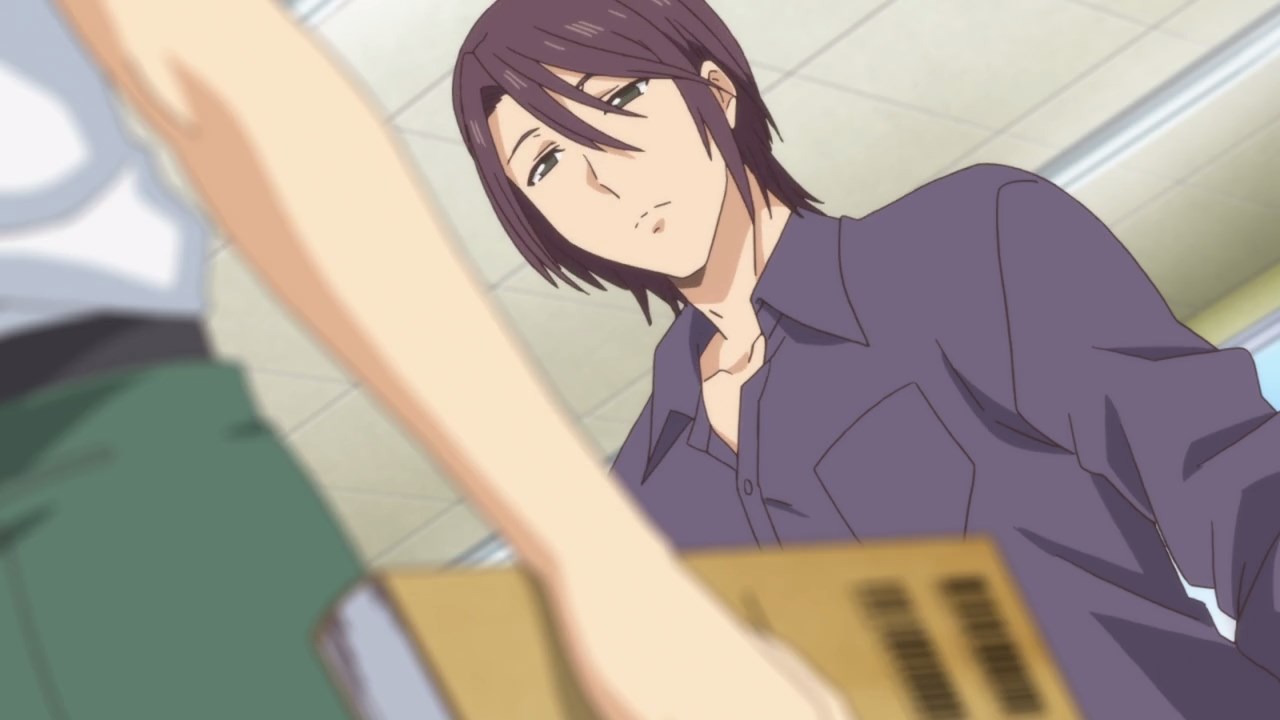 …especially when Natsuo “borrowed” a novel written by You Hasukawa. Seems that Kiriya-sensei sees Fujii as a man of good taste. 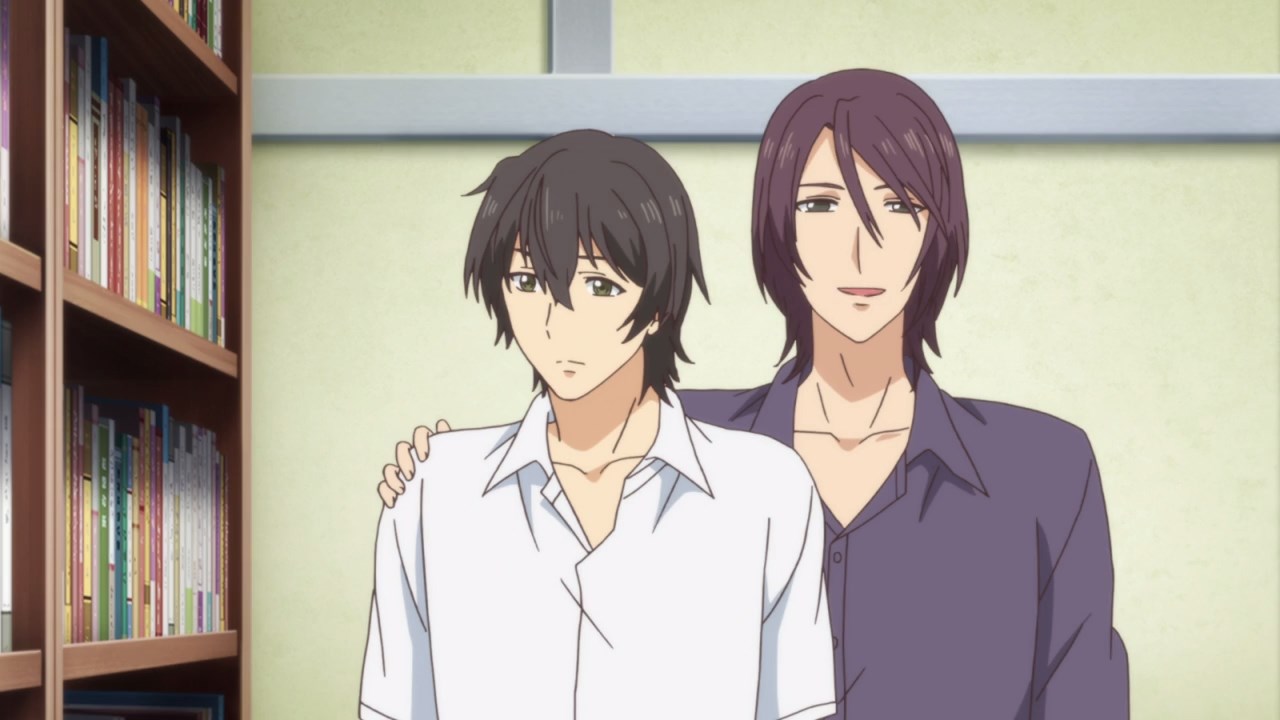 Therefore, he decides to recruit Natsuo Fujii to the literature club, much to Fujii’s annoyance. Well, the good thing is that Reiji Kiriya won’t call the authorities towards Natsuo-kun for stealing someone’s property. 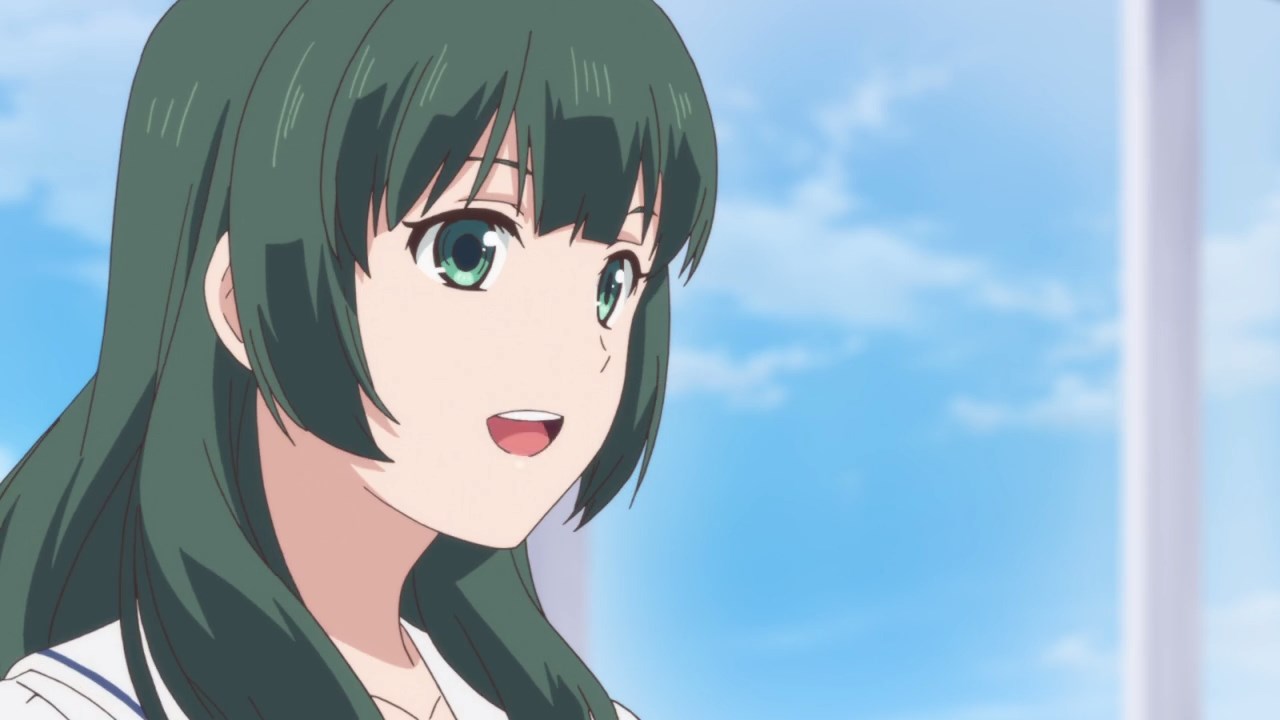 For Miu Ashihara, she’s happy that she got a club member but Miu needed some more company since she’s too shy to ask anyone to join the literature club. 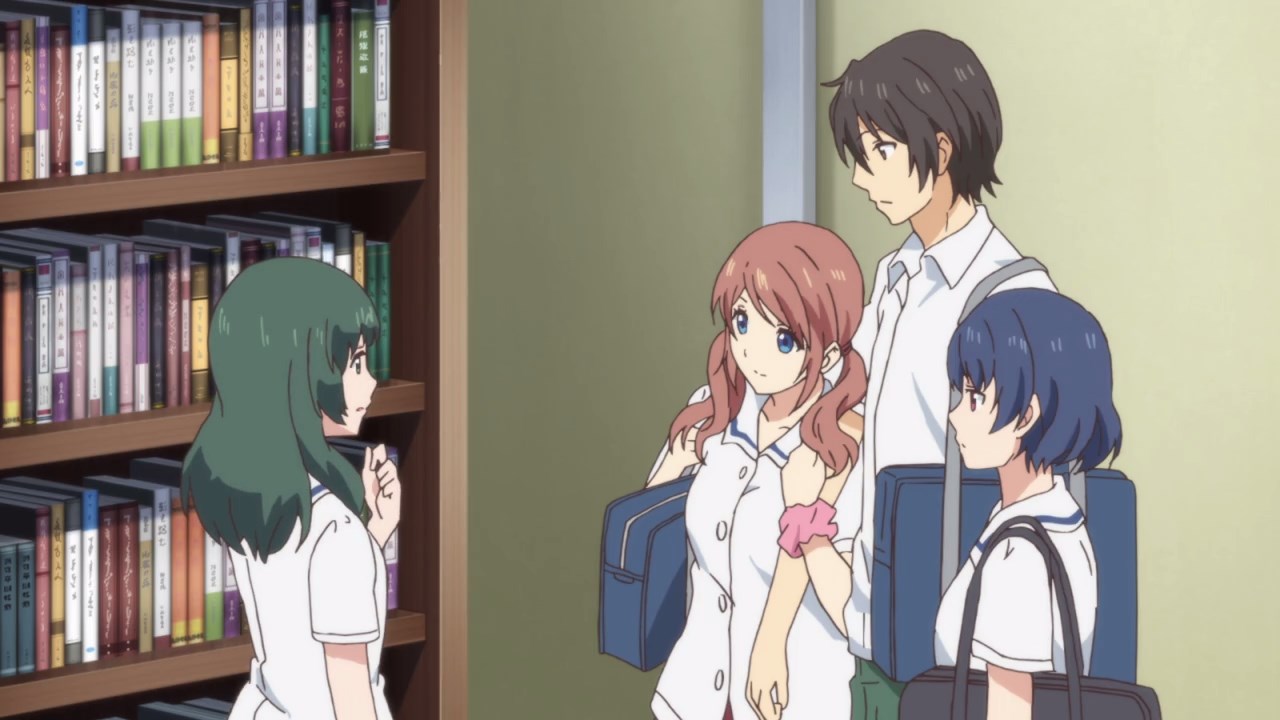 So, Natsuo Fujii brought both Rui Tachibana and Momo Kashiwabara to join the literature club because the more members, the better.

Then again, I doubt that both Rui and Momo are interested in literature, especially the latter where despite being the brightest, Kashiwabara loves to hang out with guys. 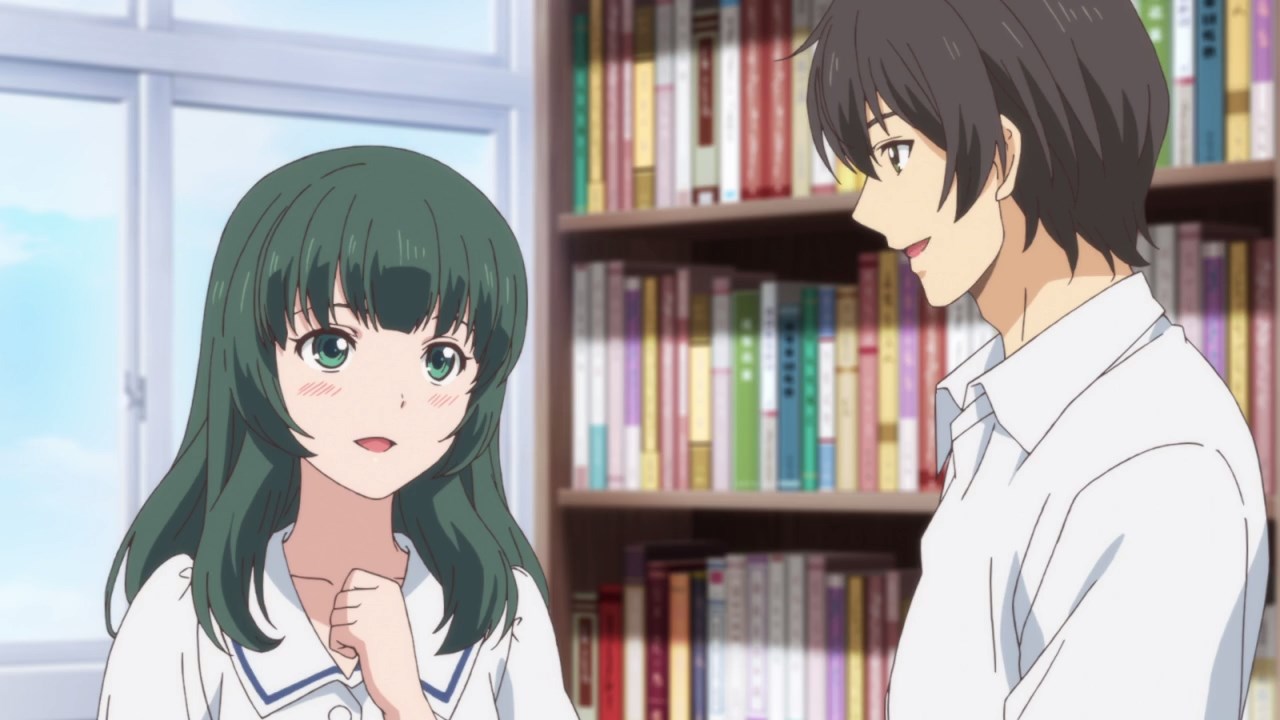 On the other hand, it appears that after joining the literature club, Natsuo Fujii is getting friendly towards Miu Ashihara. Wait, don’t tell me that he’s getting a harem? 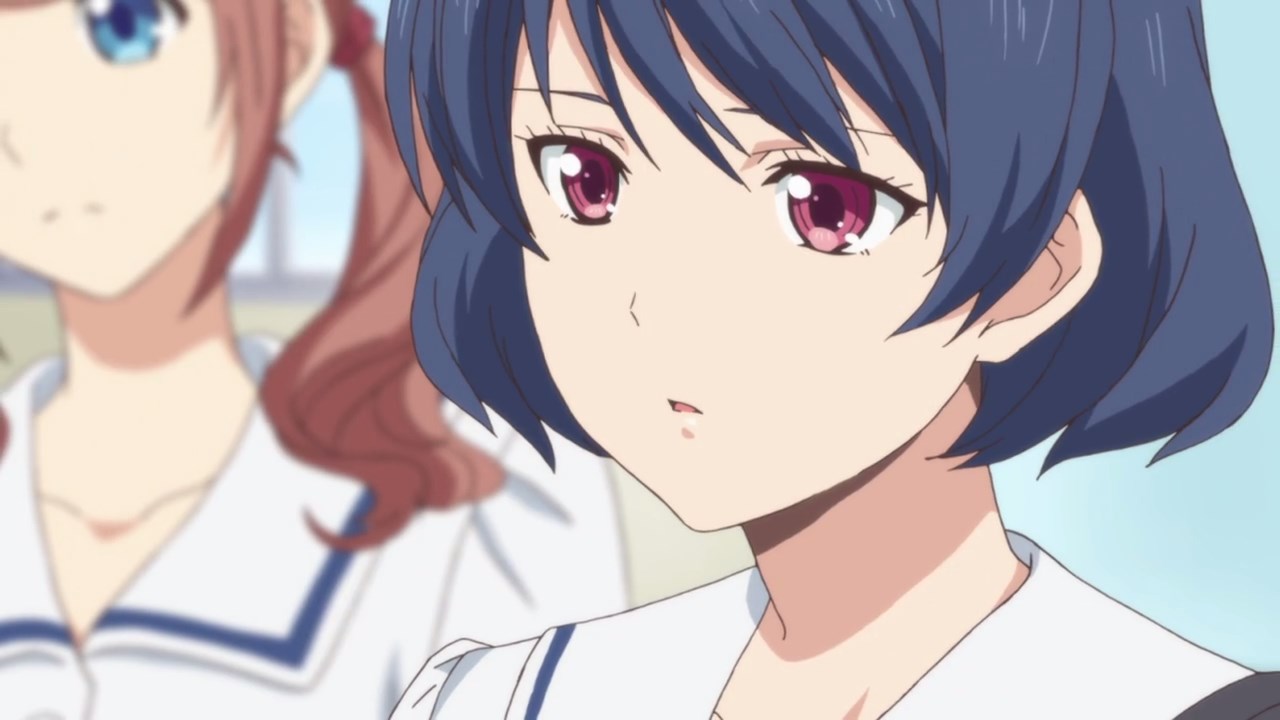 But for Rui Tachibana, she’s having a weird feeling when Natsuo is talking to someone other than her. Hmm, could it be jealousy? 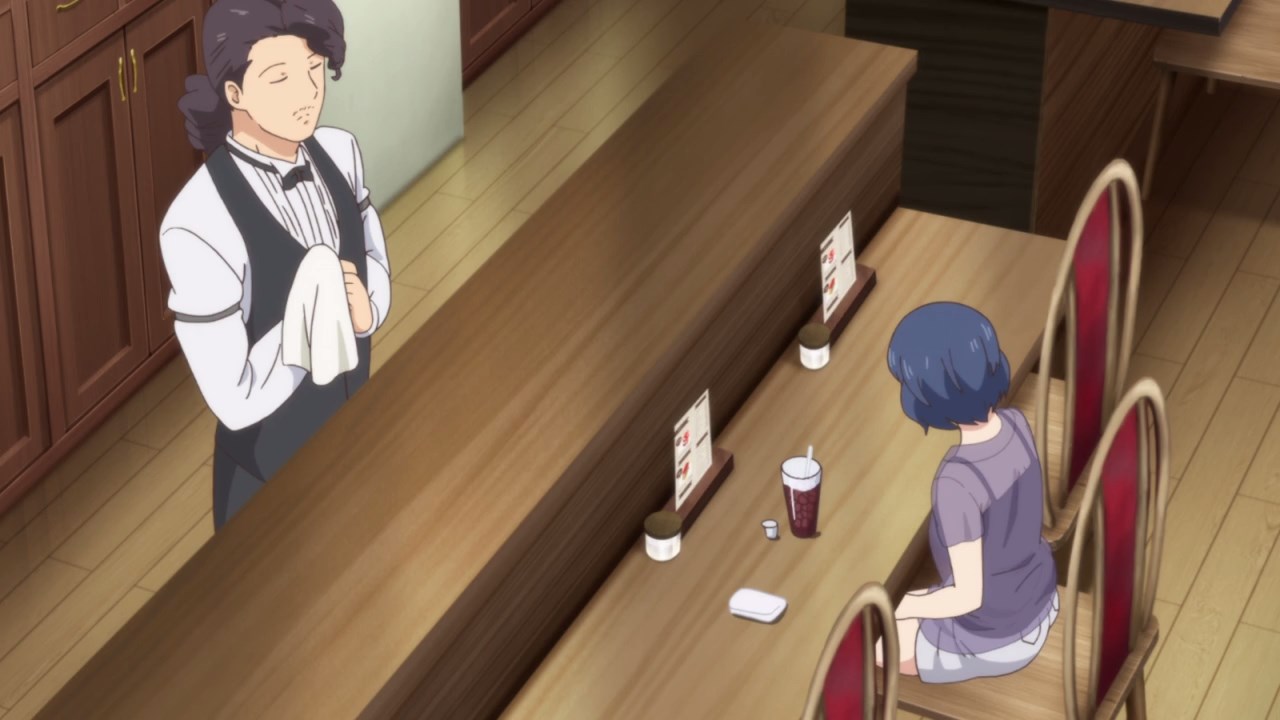 In any case, Rui Tachibana went to Cafe L’amant to calm herself down and tell her own anxieties with Mari Komori, while drinking a glass of iced coffee because it’s so hot outside. 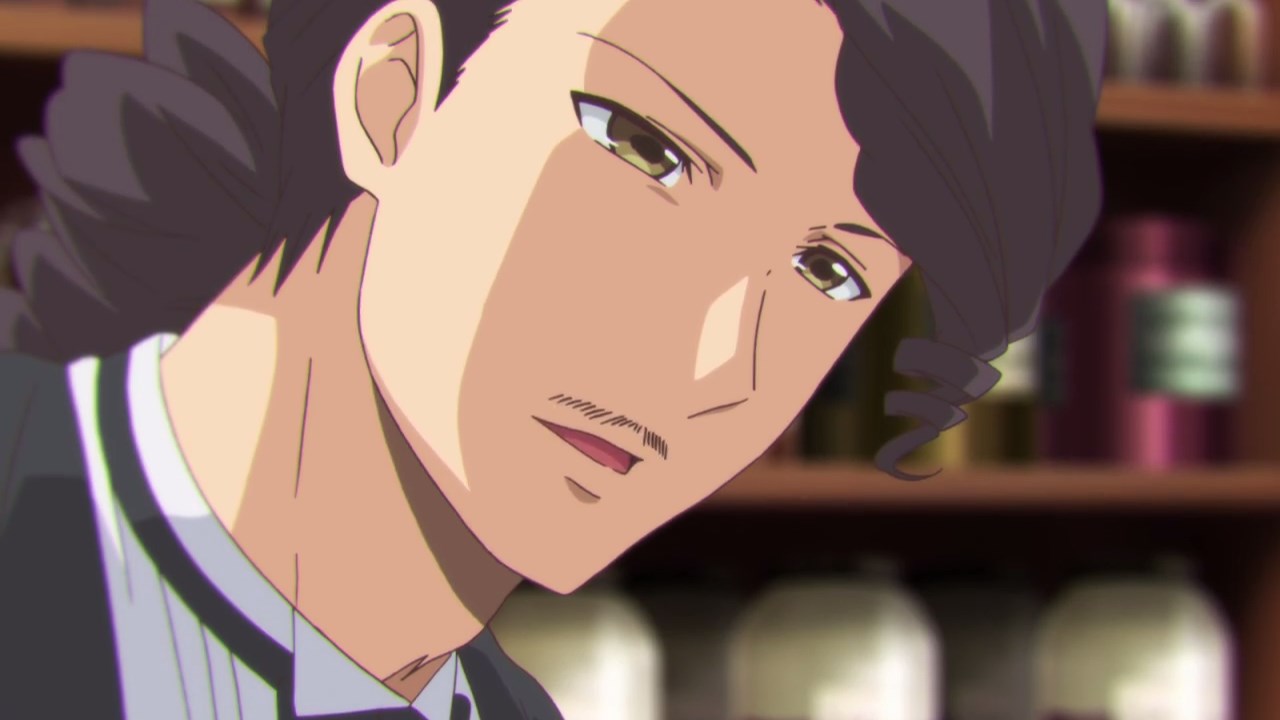 Oh by the way, Mari Komori has a story to tell as before he became an owner of a cafe/bar, he was once known as a formidable yakuza thug named Masaki Kobayashi. 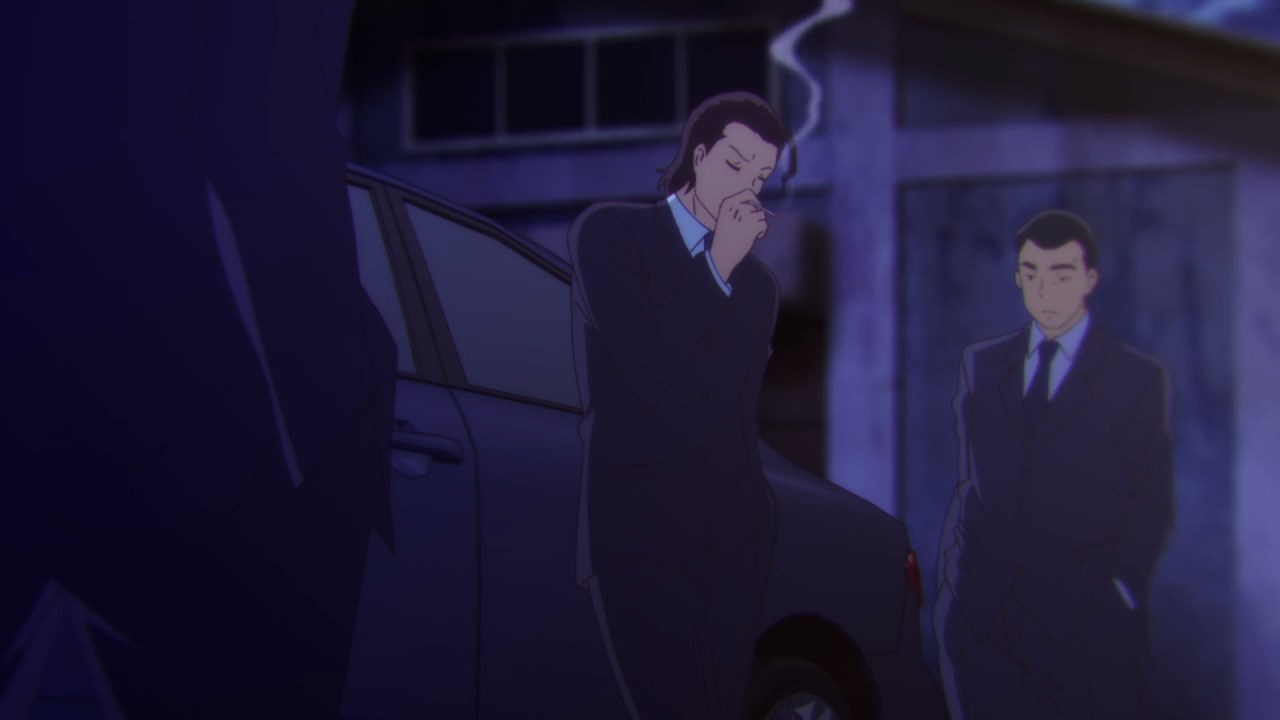 In fact, Masaki’s father made him a heir to the family business and he’s good at his job, ordering his men to carry out missions effectively. 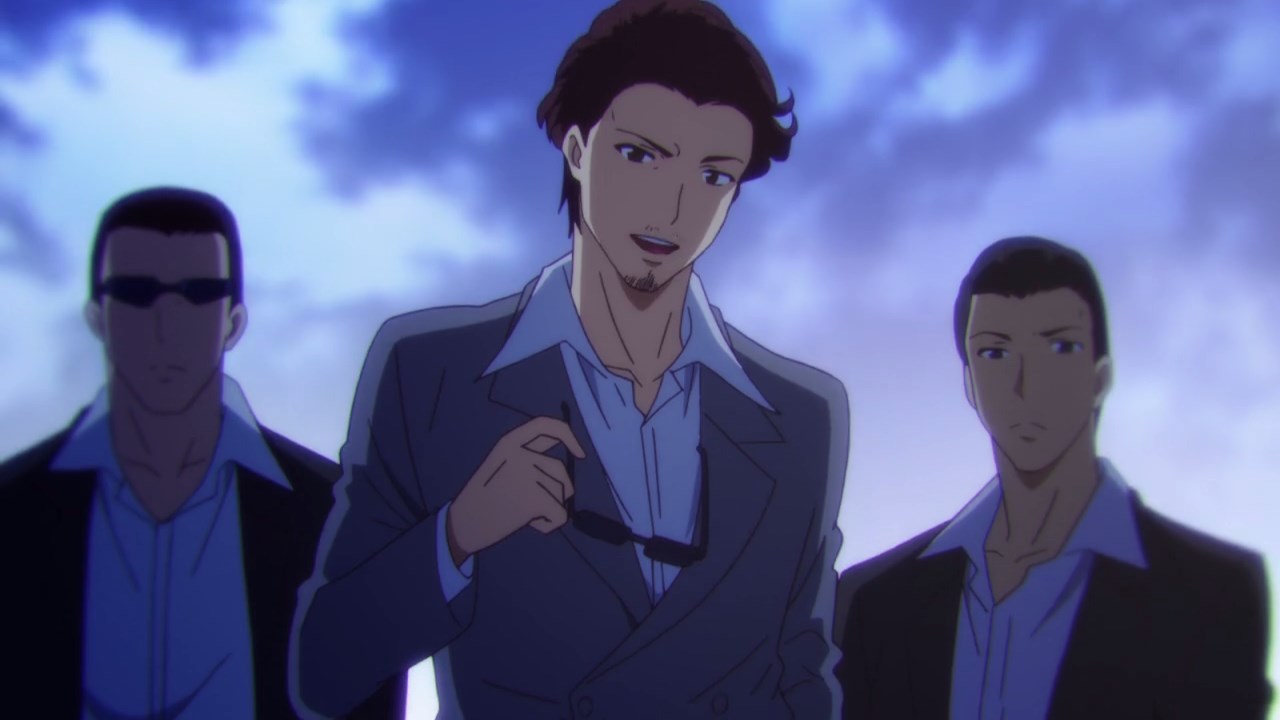 That’s when Masaki Kobayashi saw the head of a rival gang named Jin Katsuragi, which he was shocked to see his rival looked so damn beautiful. 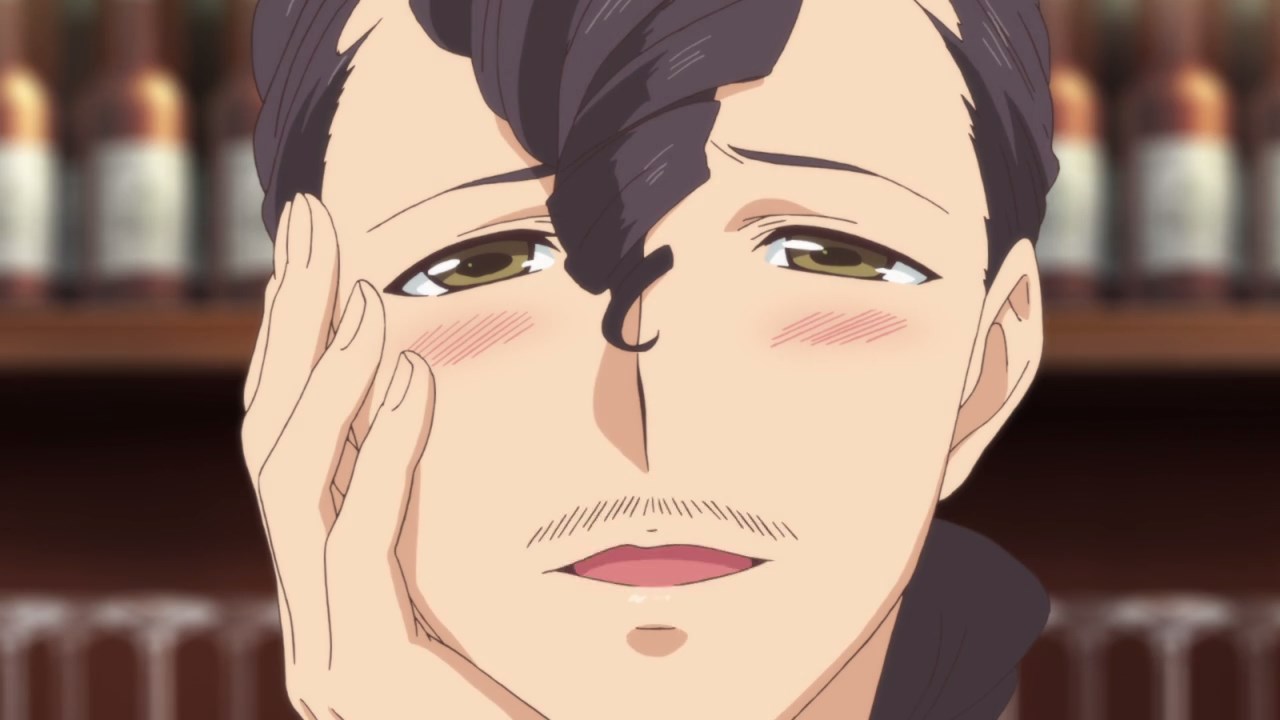 Therefore, Masaki Kobayashi fall in love with Jin at first sight. However, his father didn’t like his sudden change of lifestyle and thus Masaki was abandoned, changed his name to Mari Komori and became the gay bartender/owner of Cafe L’amant.

Gotta say that Masa- I mean Mari’s backstory is interesting. In fact, I think it might help Rui on solving her current crisis in regards to her relationship with Natsuo Fujii. 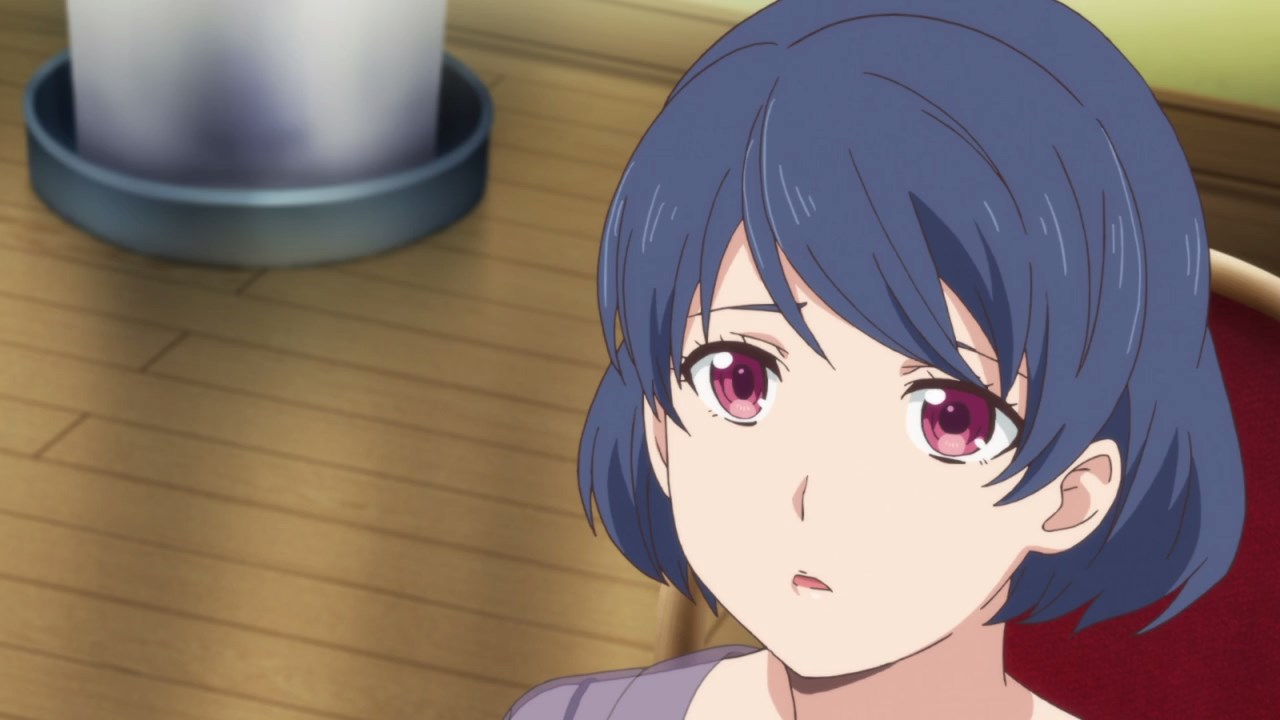 Then again, Rui is too puzzled right now. Maybe she needs to drink more iced coffee and calm herself down a little bit more. After all, she can’t ease her heart that’s filled with jealousy.

In any case, that’s about it for this episode as I’ll be catching up with Domestic Girlfriend!