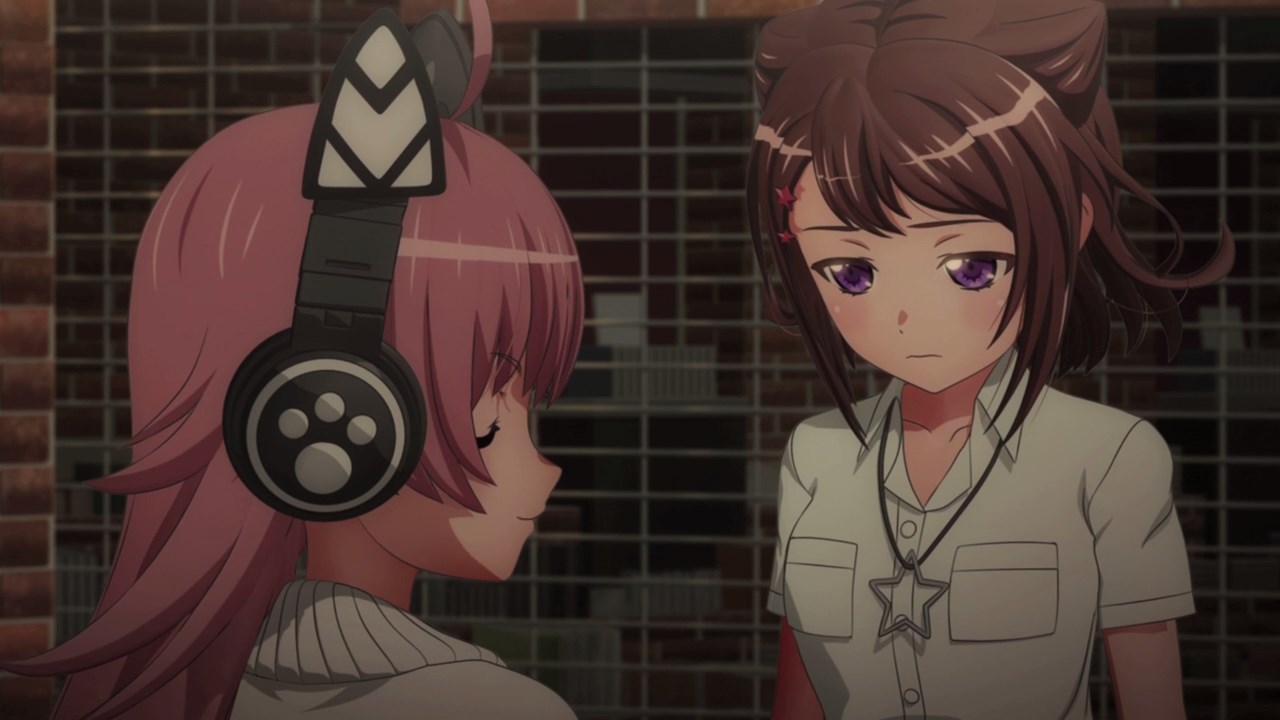 Well, Chu2 wants to tell everyone at Poppin’ Party that Tae Hanazono is better when she’s playing with RAISE A SUILEN. Therefore, she told Kasumi Toyama to hand over Tae Hanazono to her band.

But you know what, Hanazono is the one who will decide, not Chu2! Also, Chu2 should scout Rokka Asahi instead! 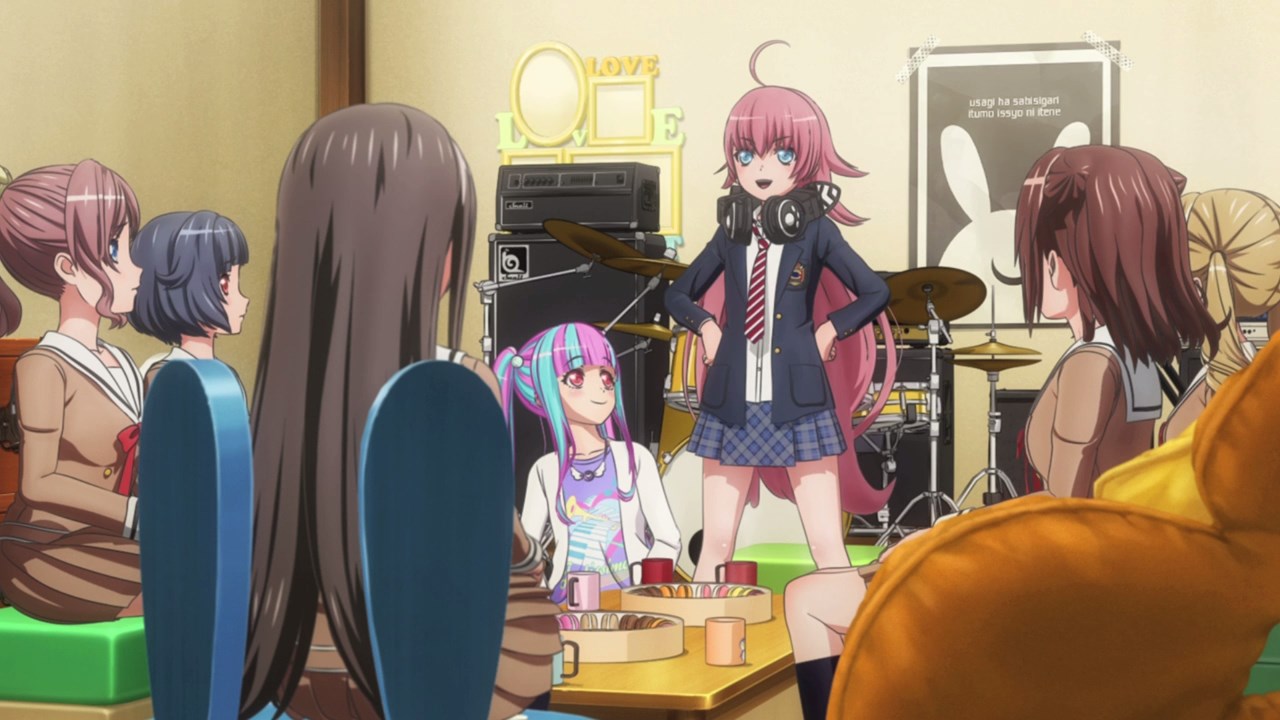 So yeah, Chu2 won’t stop until she get her hands on Tae Hanazono, even declaring it at PoPiPa’s secret studio! As much as she looked so cute, Chu2 is so rotten that it annoys the heck out of me!

Well, I must say that the crisis over Tae Hanazono’s loyalty is making me nuts. 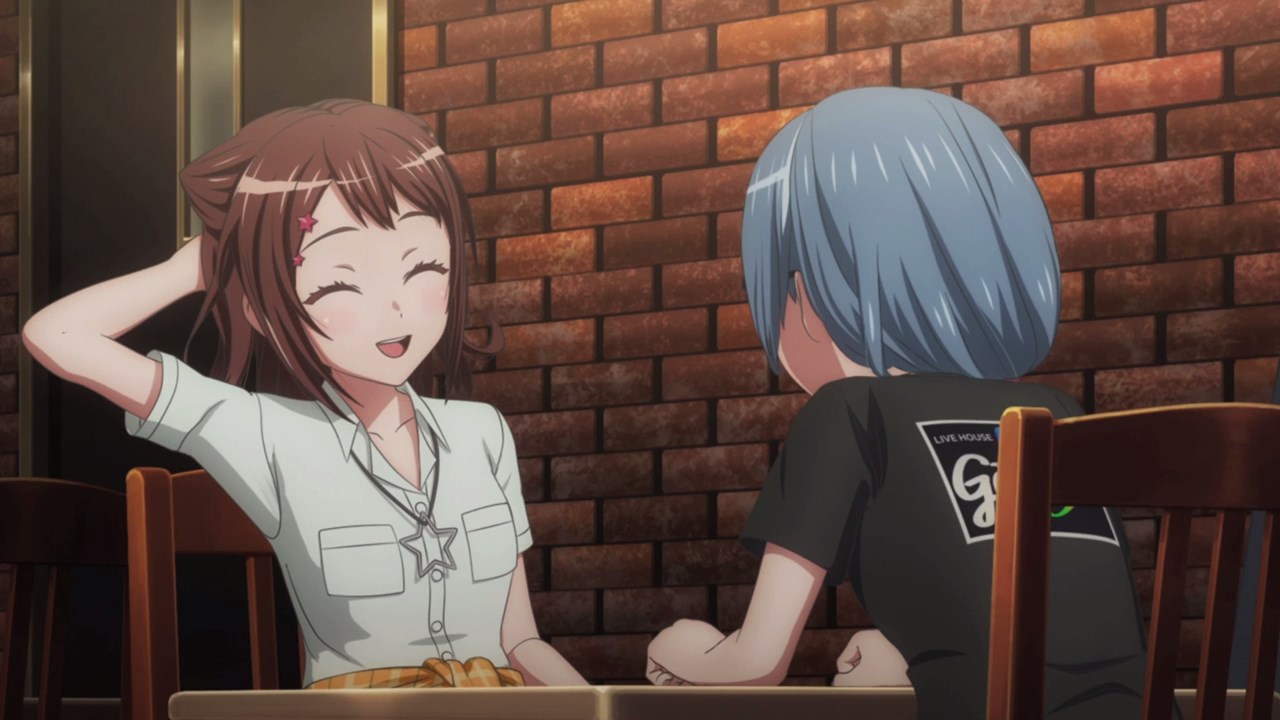 Meanwhile at Live House Galaxy as they prepare for their self-sponsored concert, Kasumi Toyama asked Rokka Asahi if Poppin’ Party remained as a special girls band. 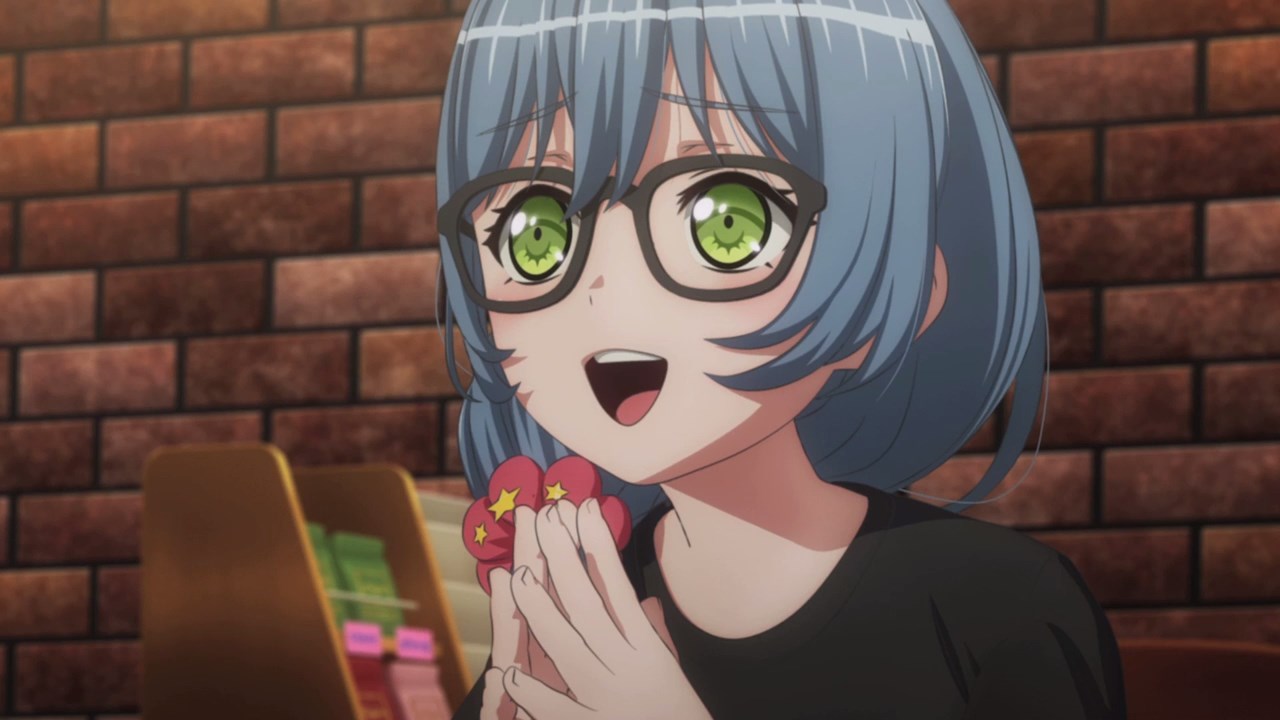 Well in Rokka’s words, she does as Rokka Asahi told Kasumi Toyama that she and the rest of PoPiPa shine and have fun in both on stage and outside of it.

On the other hand, Kasumi didn’t told Rokka that O-Tae is being scouted by Chu2 from RAISE A SUILEN. I guess she doesn’t want to make Asahi worry about PoPiPa losing a band member. 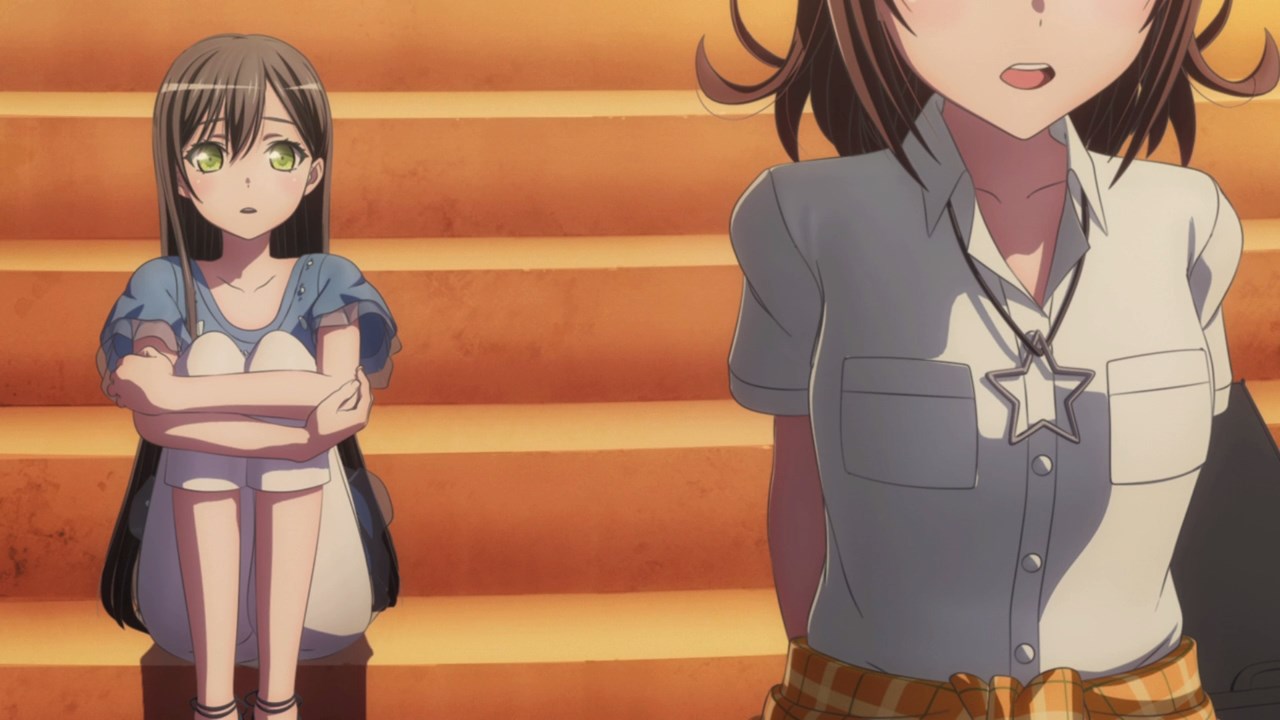 Now then, moving onto the next scene where Kasumi Toyama meet up with Tae Hanazono at the park as she wants to tell O-Tae how much the rest of Poppin’ Party really care for her… 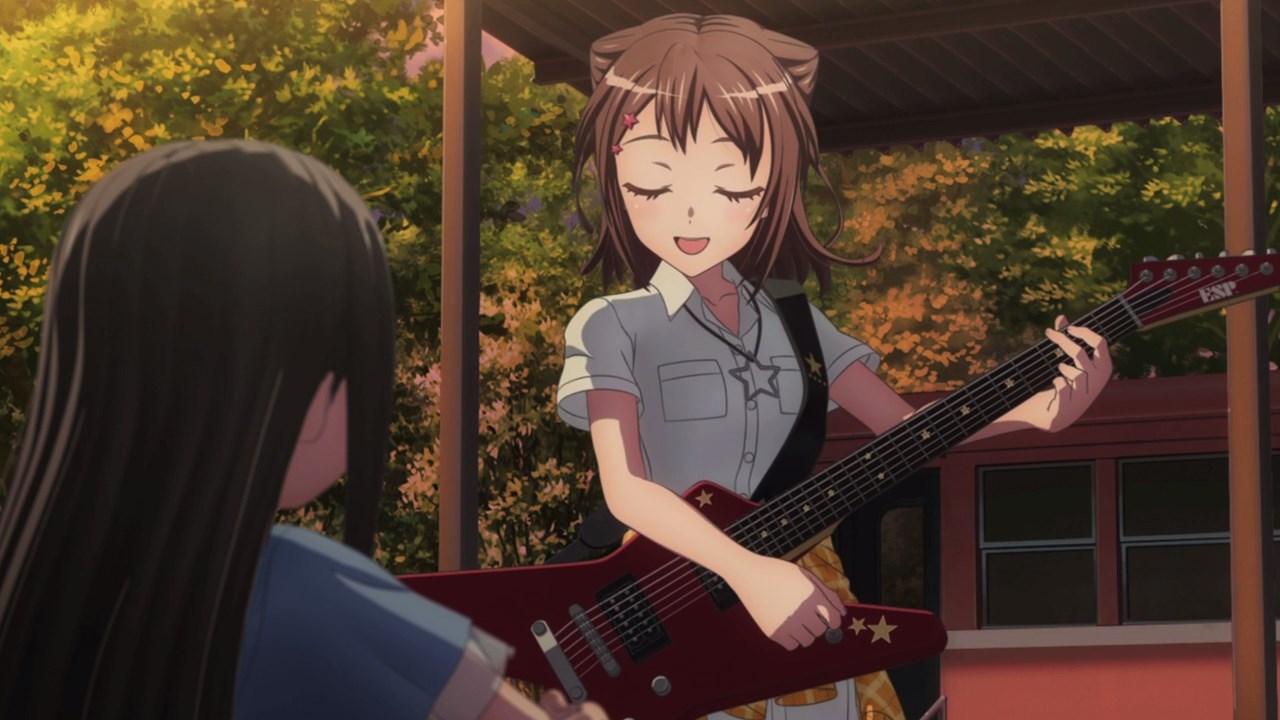 …by playing a song obviously. Anyways, it’s nice to hear “STAR BEAT! ~Hoshi no Kodou~” again after PoPiPa performed that song back in Episode 8 of Season 1. 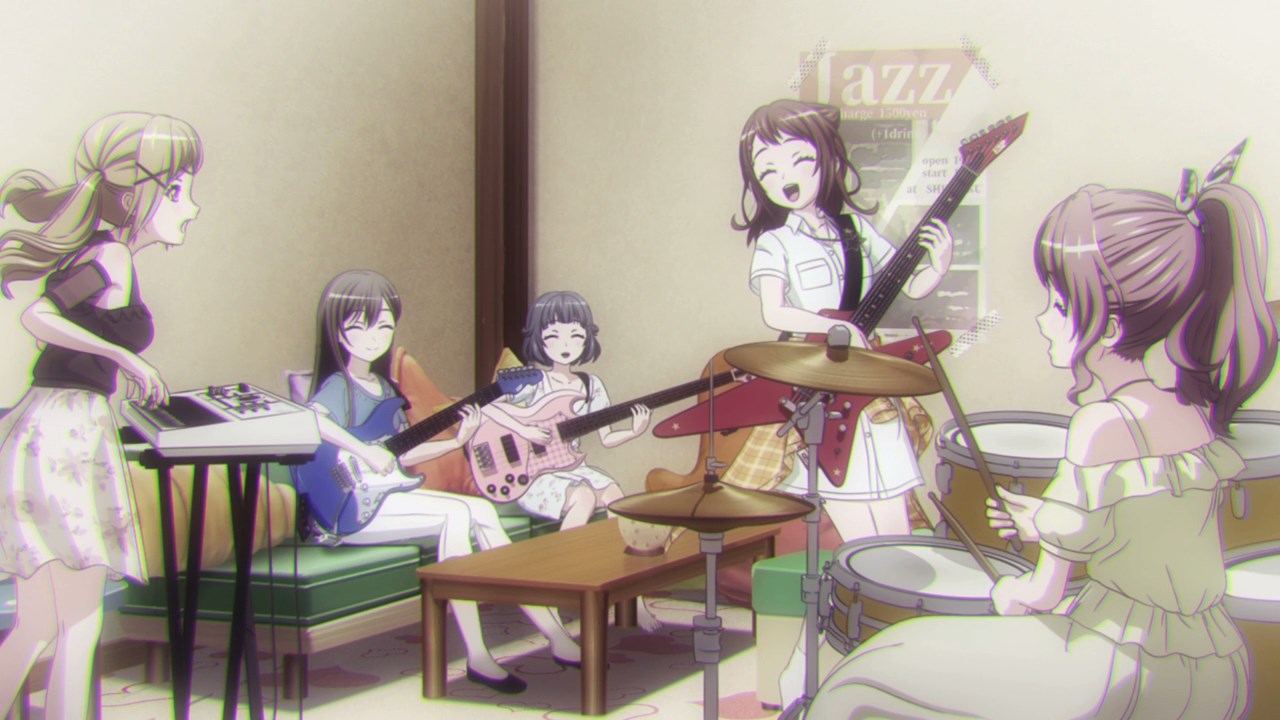 And really, that song reminded of those days when Kasumi Toyama gathered her friends and perform at the now-closed Live House Space. Yeah, those were the good times and let’s hope that they can keep it rolling. 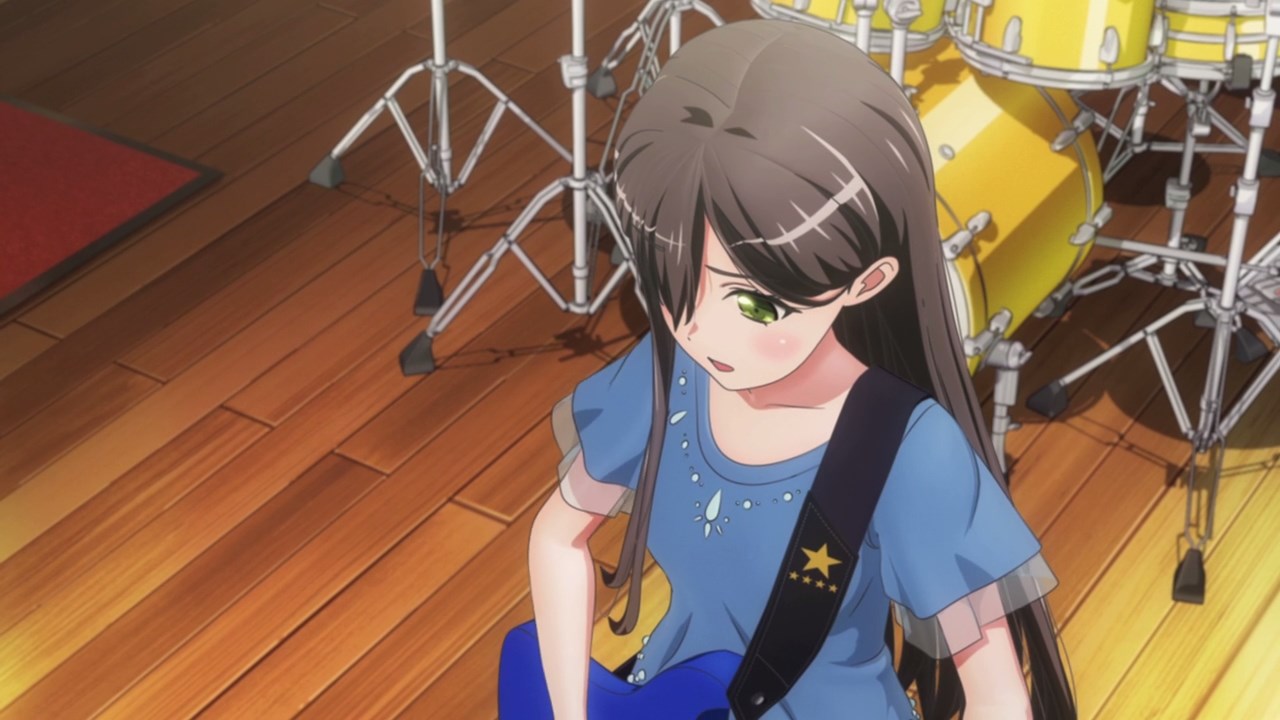 Thanks to Kasumi’s impromptu performance at the park. O-Tae came up with a new song for their upcoming self-sponsored concert. This song conveys Tae Hanazono’s true feelings that she wants to stay with Poppin’ Party. 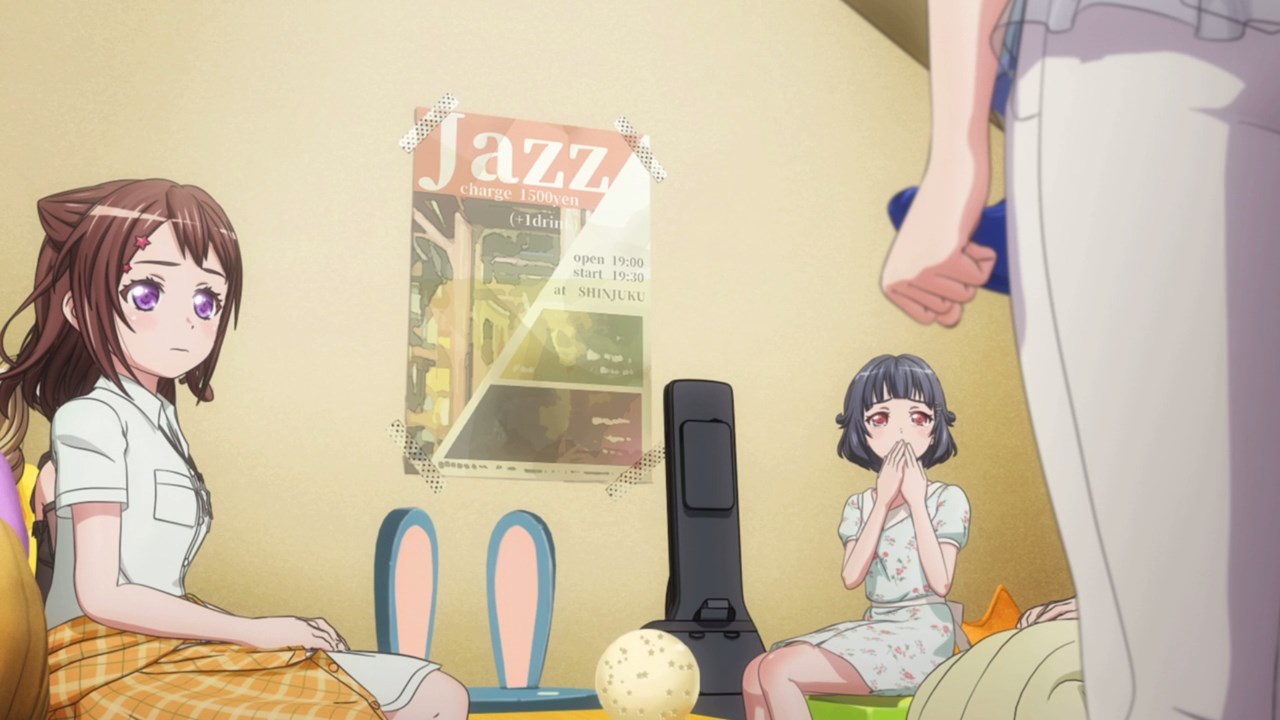 As for the rest of PoPiPa, they really understood why O-Tae wants to stay with her band instead of leaving. The message is clear, Tae Hanazono won’t go to RAISE A SUILEN as she’s comfortable performing with Poppin’ Party. 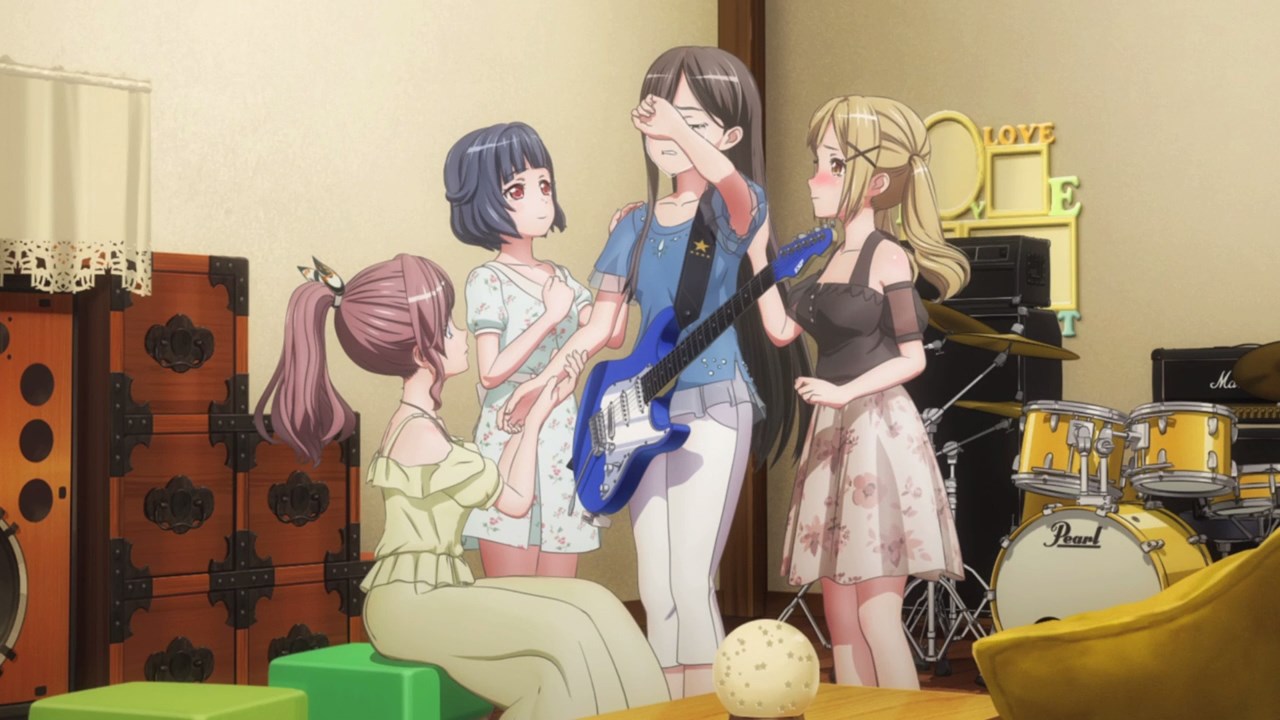 Afterwards, the likes of Saya Yamabuki and Arisa Ichigaya approached Tae Hanazono and gave her a warmful hug. Gotta say that they really want O-Tae to stay, but what about Kasumi Toyama? 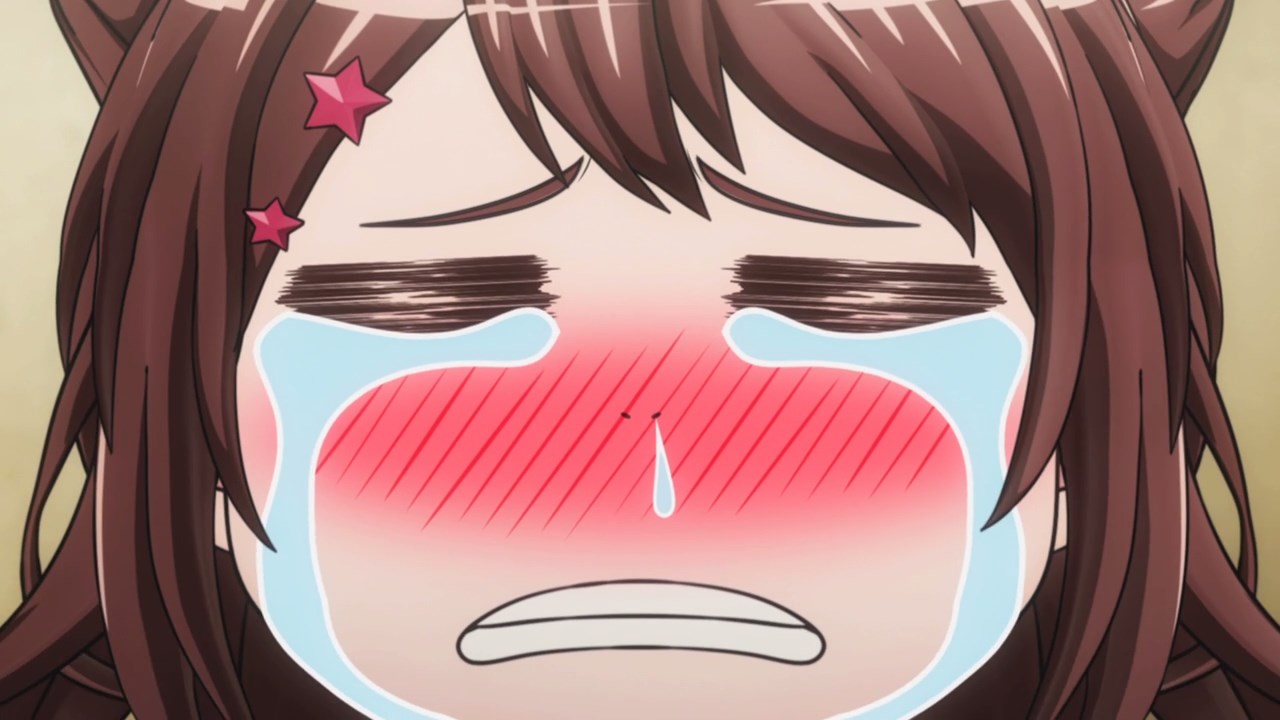 Oh, she’s sobbing heavily. Well, she’s not only touched by O-Tae’s new song, but her true feelings has etched in Kasumi’s heart. I have to say that the reason why PoPiPa is so special is because much like the rest, they show genuine camaraderie from their inception. 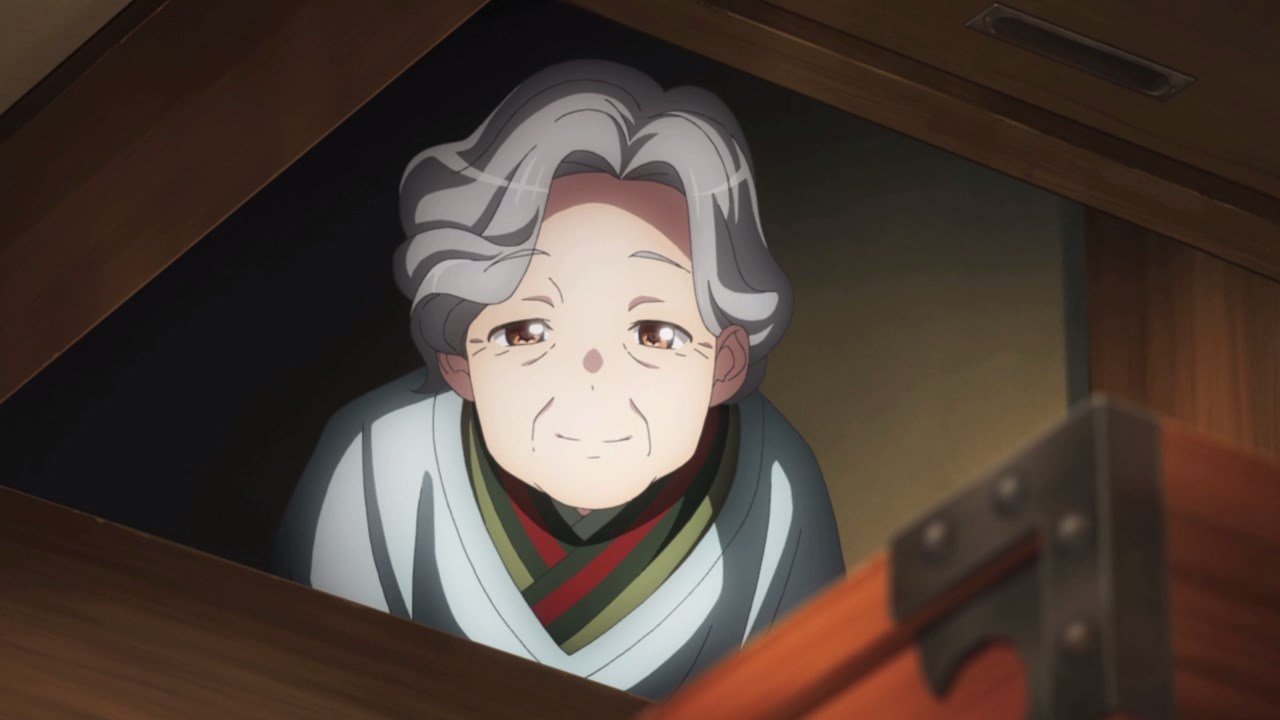 Meanwhile, here’s Arisa’s grandmother as while she tries to call her granddaughter out, but decides to leave Arisa there to spend with her friends. 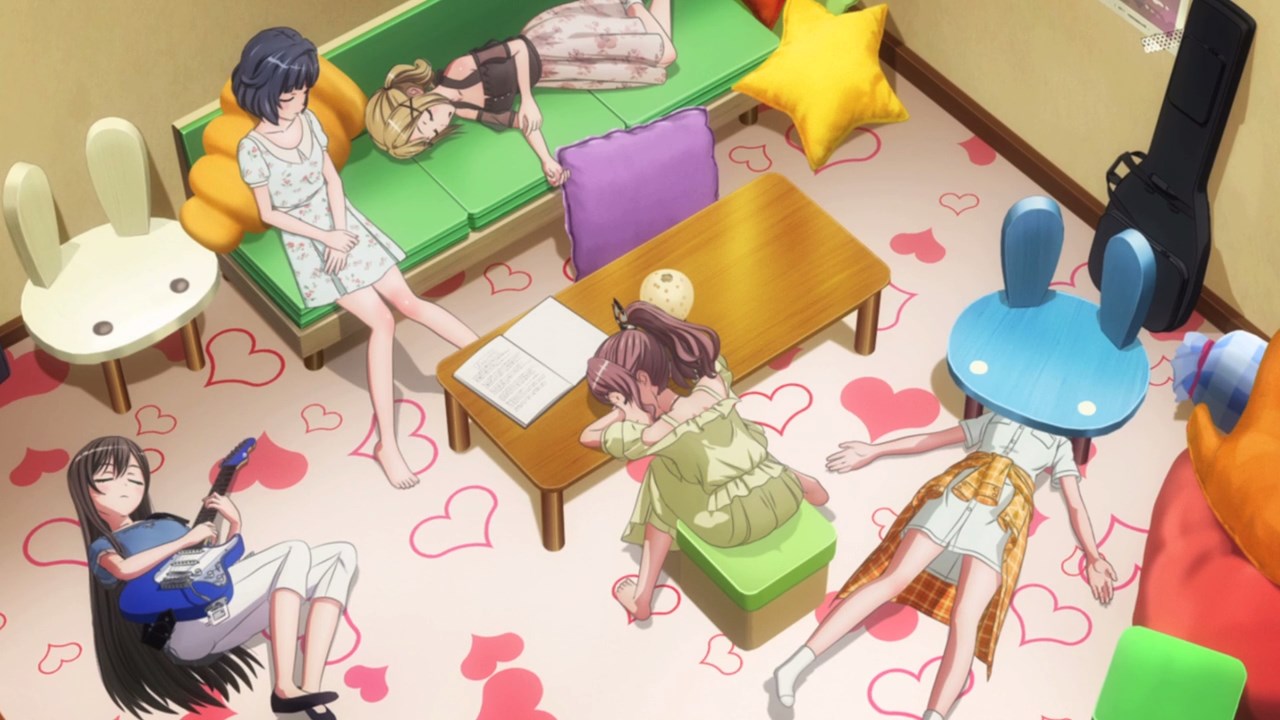 Also, they’re pretty much tired after a night of brainstorming for the upcoming self-sponsored concert, although it’s funny to see Kasumi’s head being under the table.

However, what they end up with is a brand-new song thanks to Tae Hanazono’s true feelings for the band… 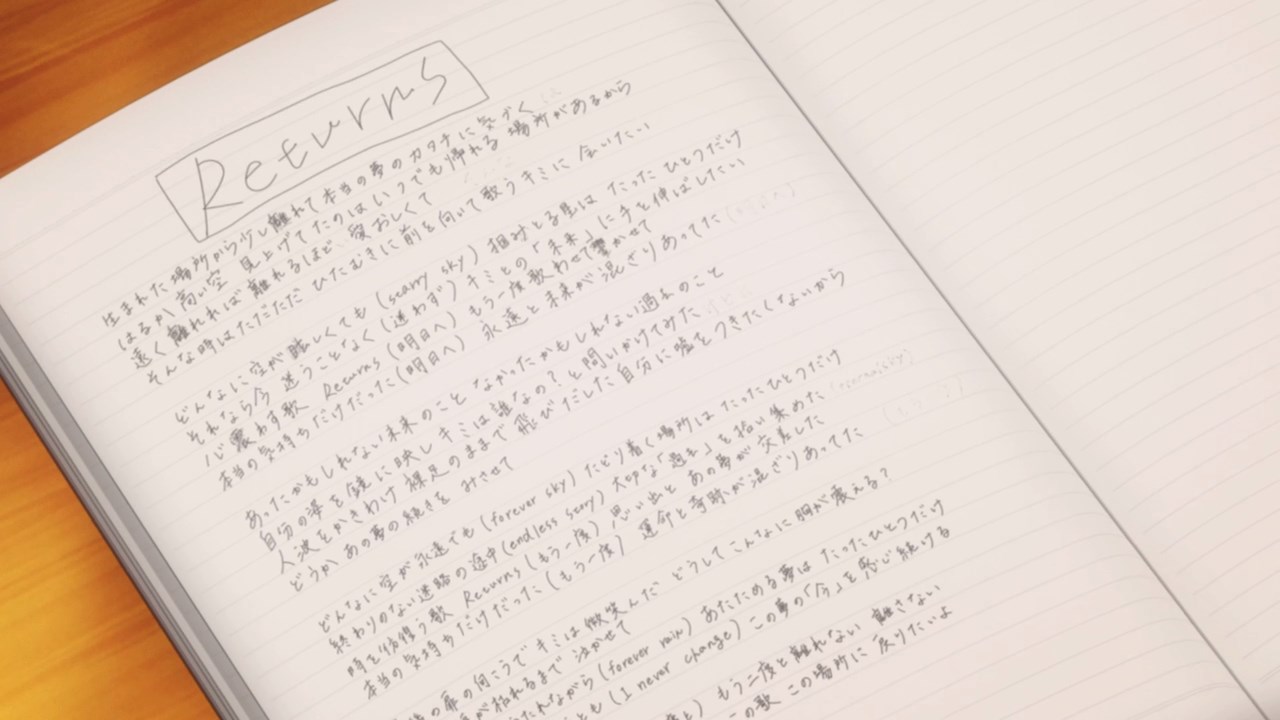 Their new song is titled “Returns” and I can’t wait to hear it on the next episode. But after next week’s episode, what comes next for Poppin’ Party? I mean, their journey won’t end after their self-sponsored concert because Chu2 still wants Tae Hanazono to her band.