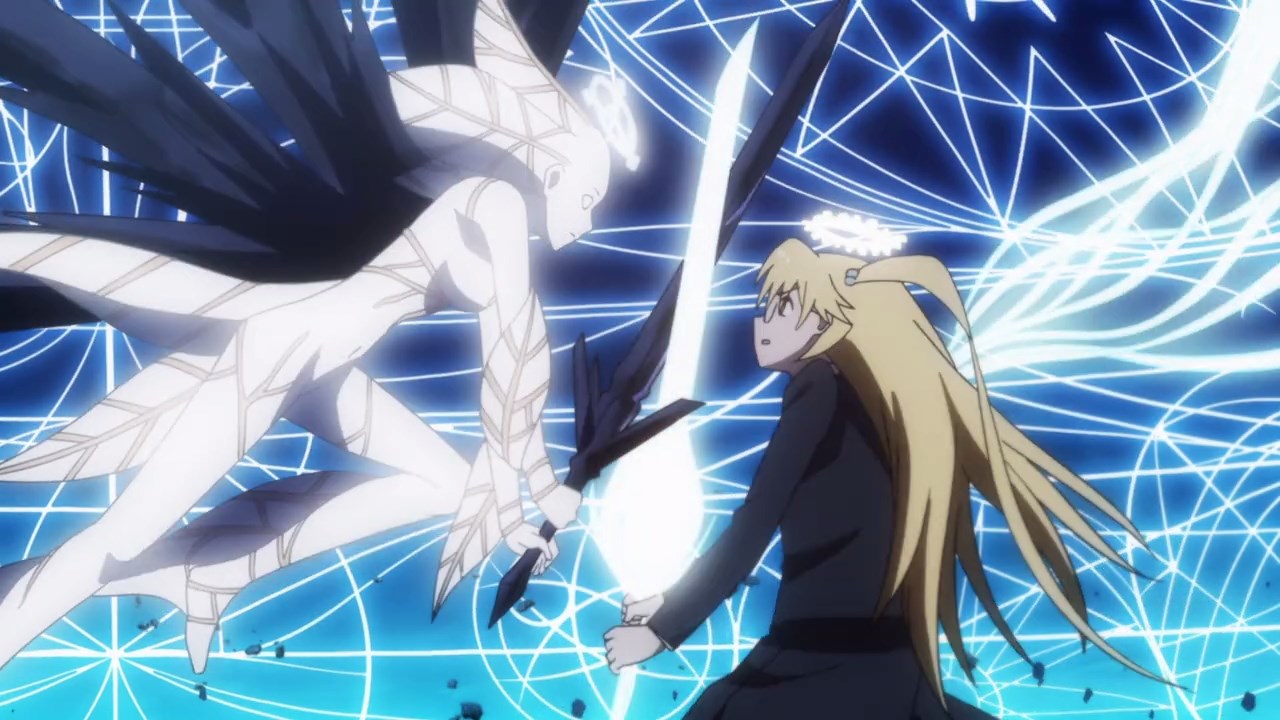 Well, it appears that Fiamma of the Right has more outsiders to deal with as he orders Gabriel to take down Hyouka Kazakiri, while grabbing the parchment as Fiamma needs it for his grand scheme. 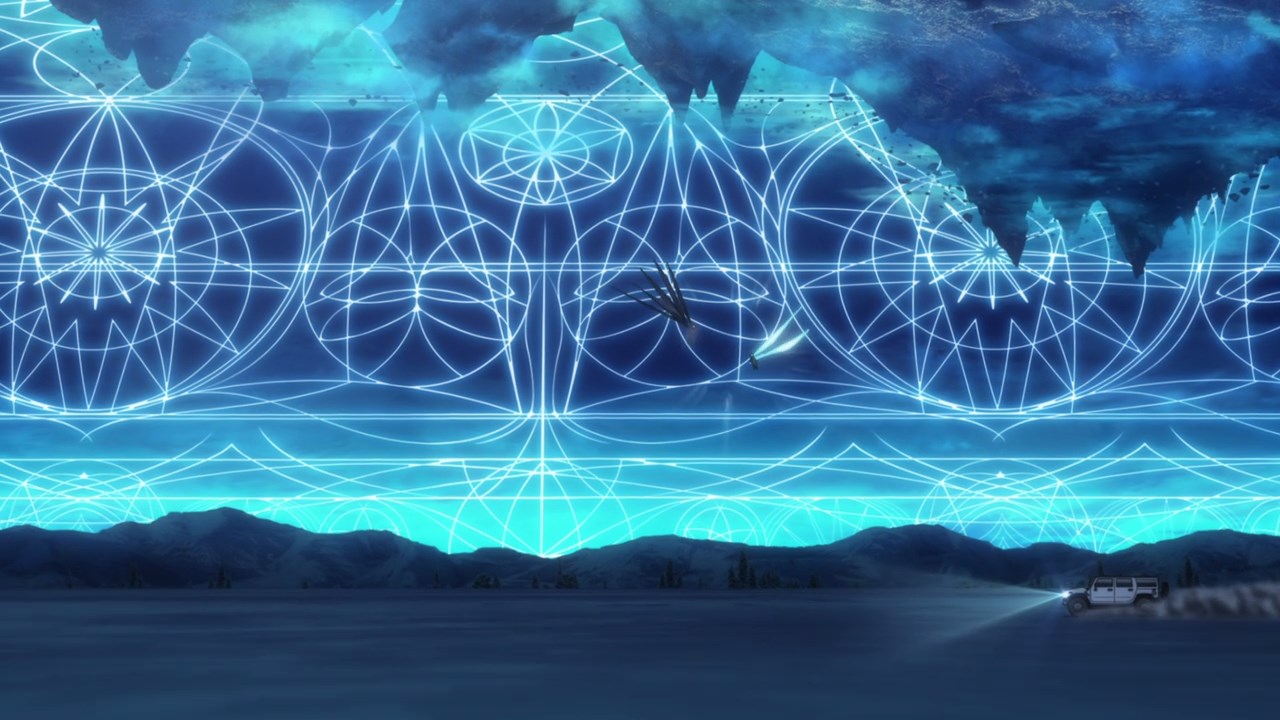 Fortunately, he doesn’t need to search high and low as Fiamma found the parchment. In fact, Accelerator has it in his possession, but he’s not gonna give it to Fiamma until Accelerator finds a way to save Last Order’s life. 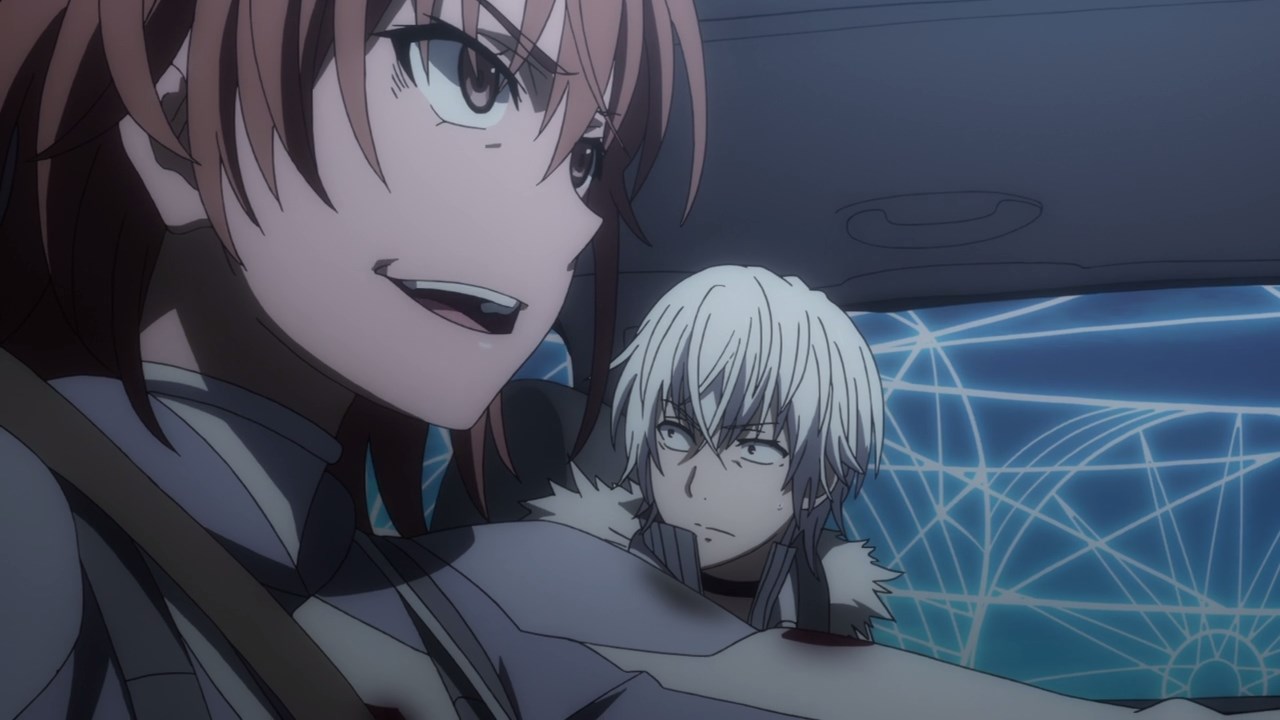 So, Accelerator told Misaka Worst to hand over the steering wheel and babysit Last Order ’cause he’s gonna get dangerous. 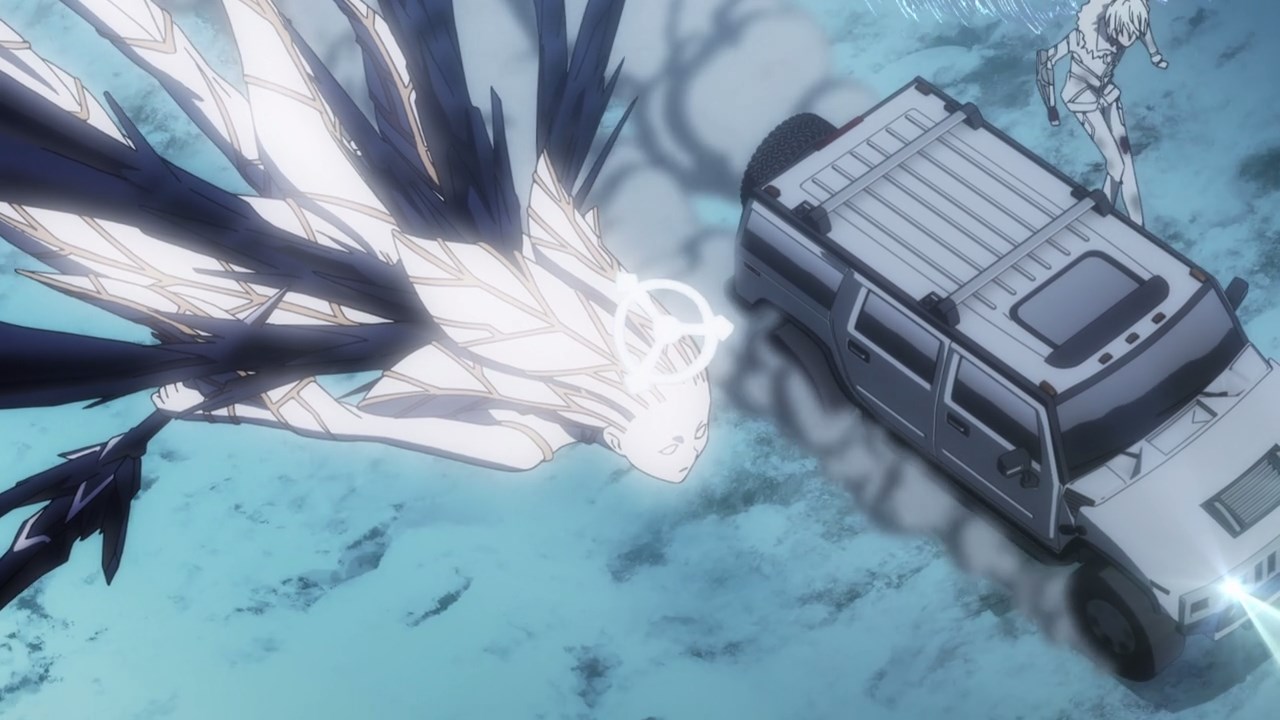 That means he’s gonna fight this archangel, risks be damned! Then again, the problem is that Accelerator will be at odds with Hyouka or Fuze Kazakiri. 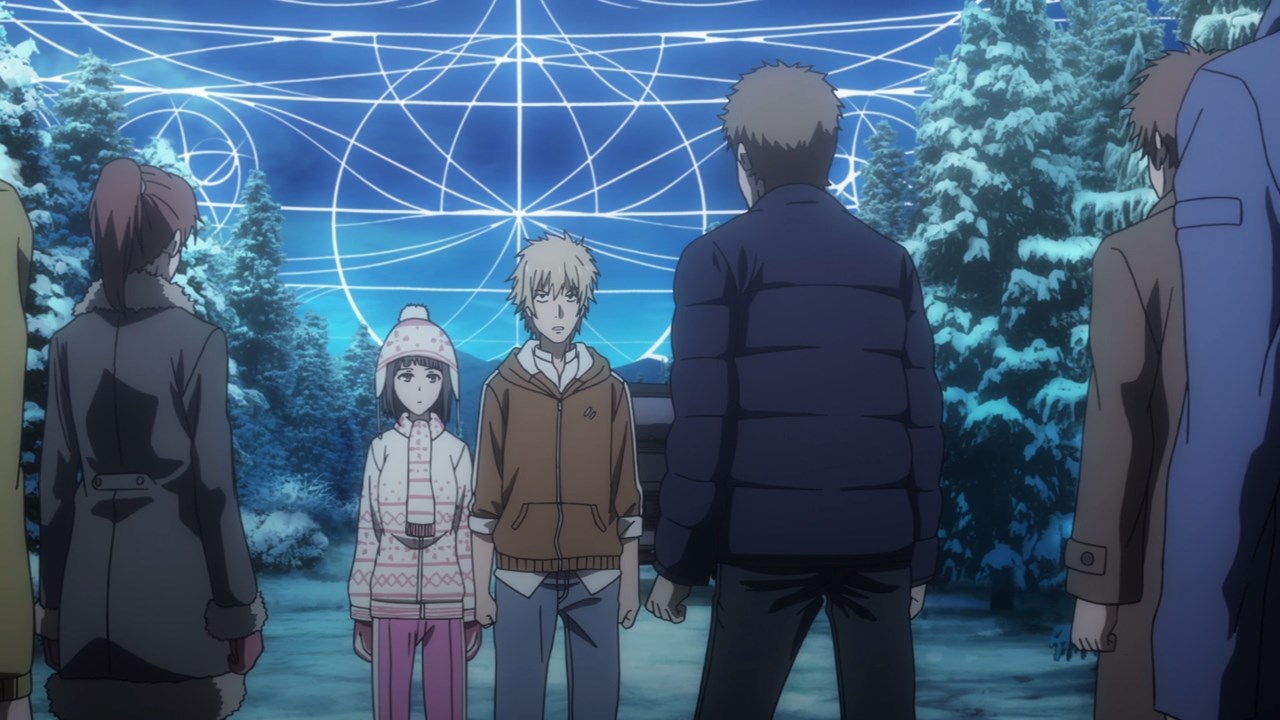 Meanwhile, Shiage Hamazura and Rikou Takitsubo told the villagers to get out of the area as fast as you can because their place will be bombarded with a biological weapon. 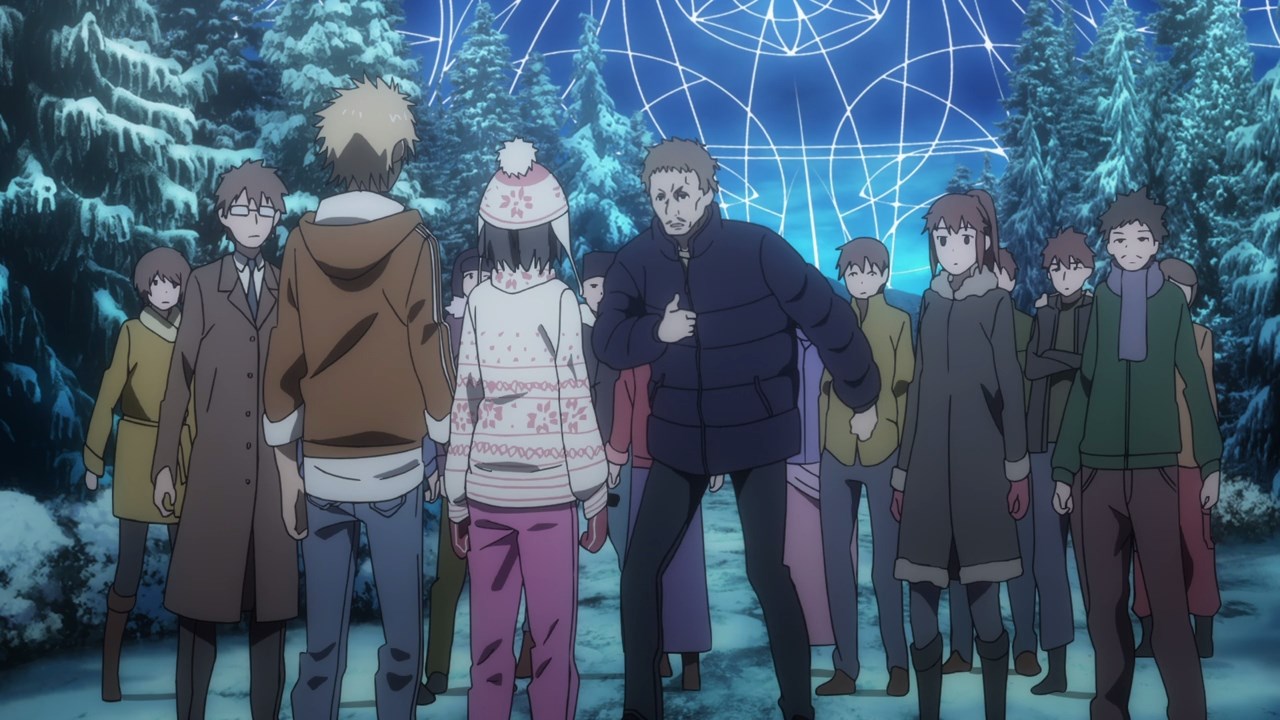 Of course, they’ll gladly leave the place for their safety, but the villagers don’t need to follow Shiage and Rikou ’cause they have some business to do like finding the nuclear silo and destroy it. 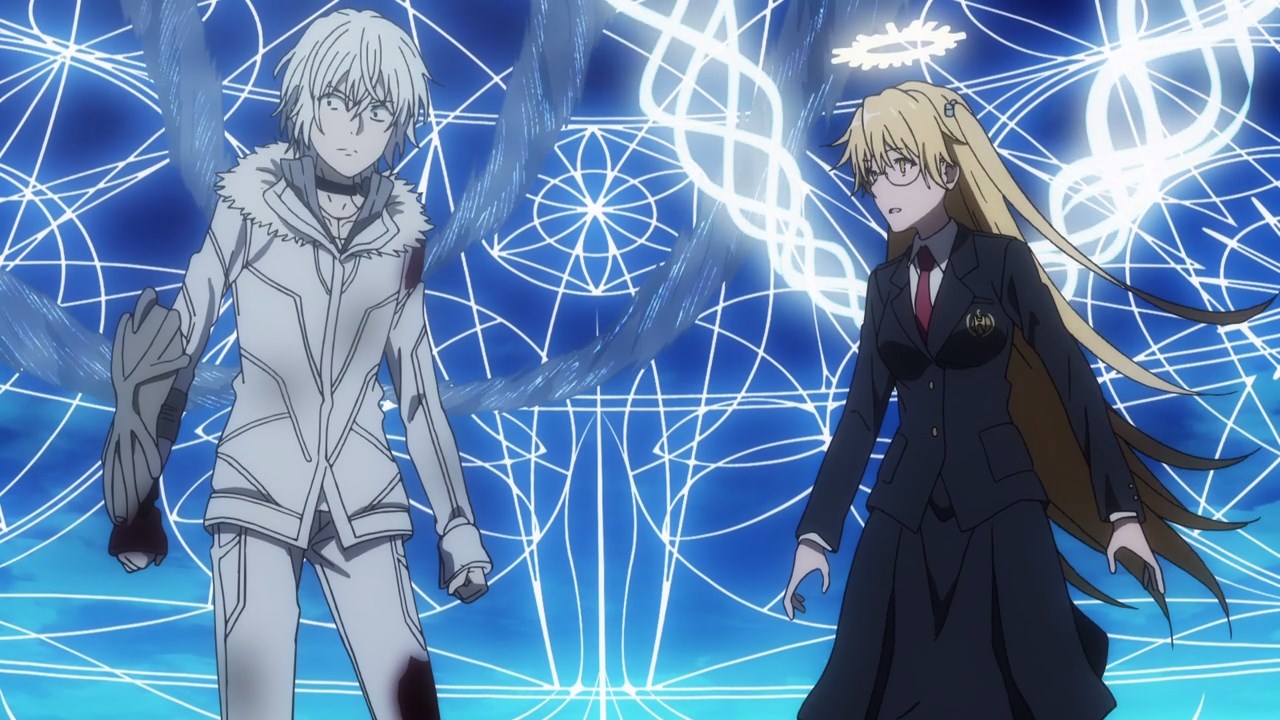 Now let’s go back to Accelerator as he’s joined by Hyouka Kazakiri to stop Gabriel.

Well, at least they’re not at odds with each other, but Accelerator and Hyouka should worry about Fiamma of the Right… 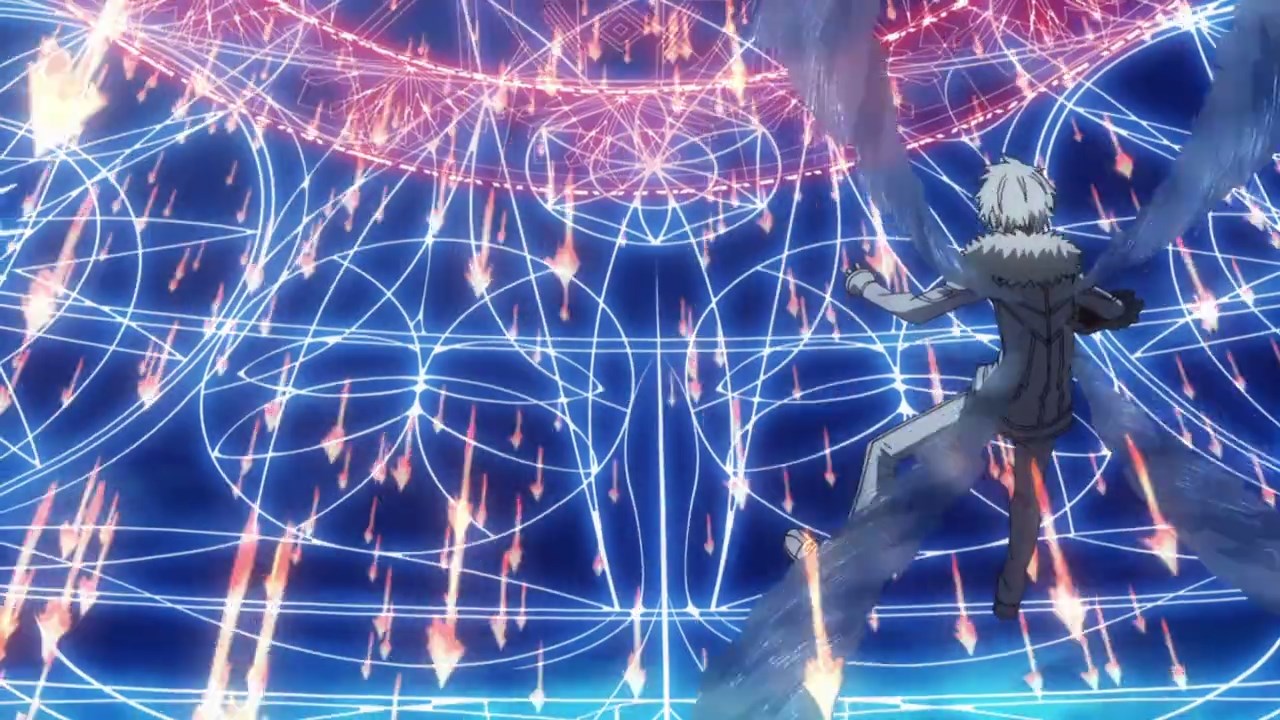 …especially when he rain down arrows at them because c’mon, Fiamma wants to test out the 100,000+ grimoires in his hand. 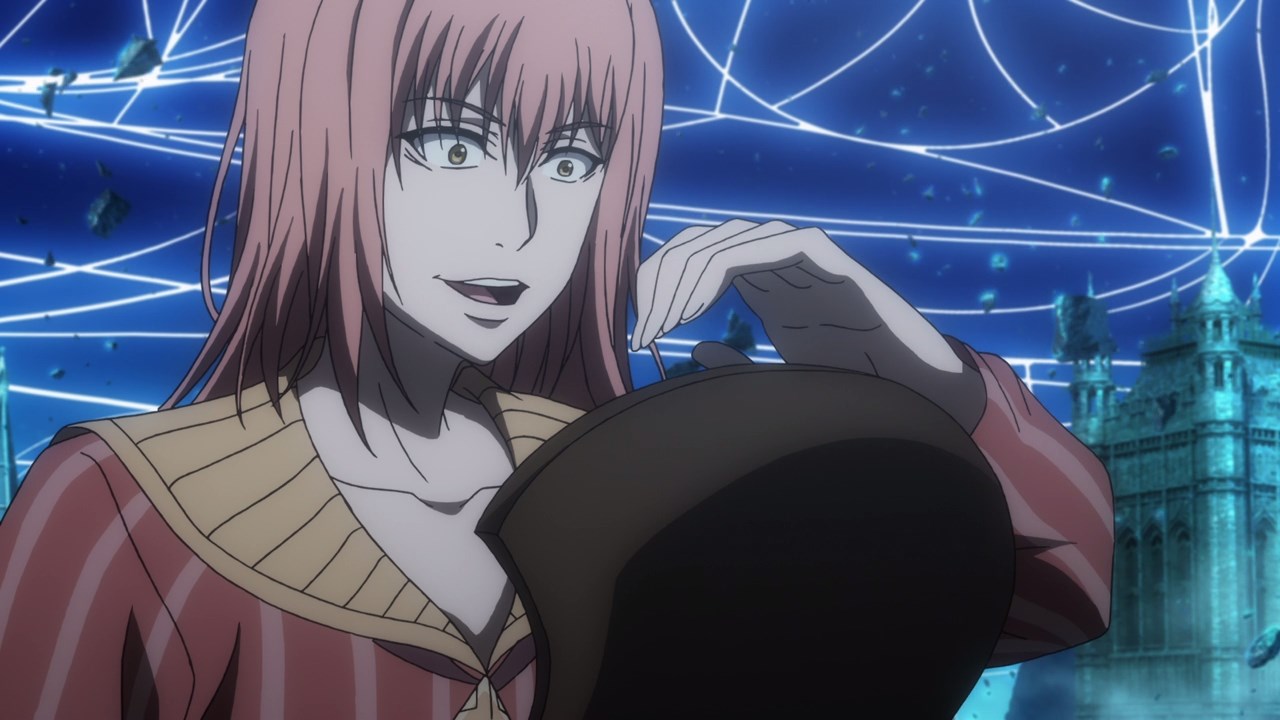 And really, he doesn’t care about collateral damage as long as he can test his new toy while standing atop of the Star of Bethlehem. What a jerkass he is! 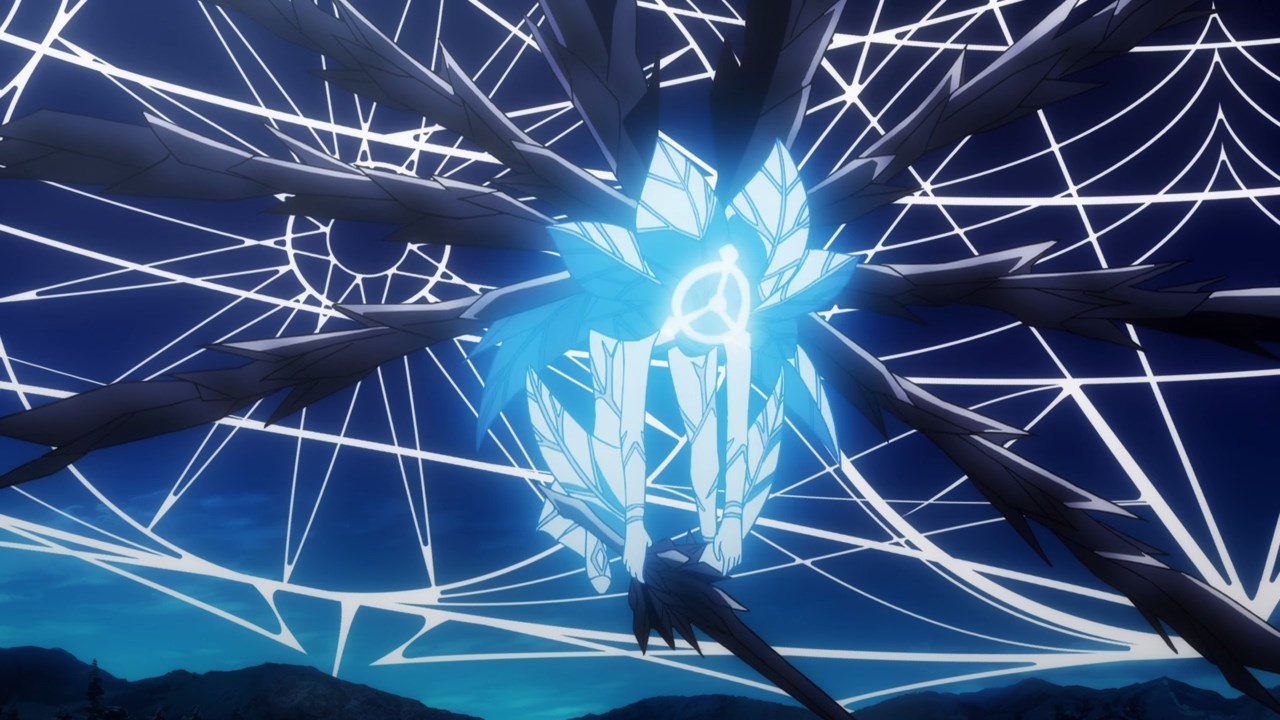 Suddenly, it appears that Gabriel stopped moving as the archangel’s body is flashing red and blue. What’s going on? 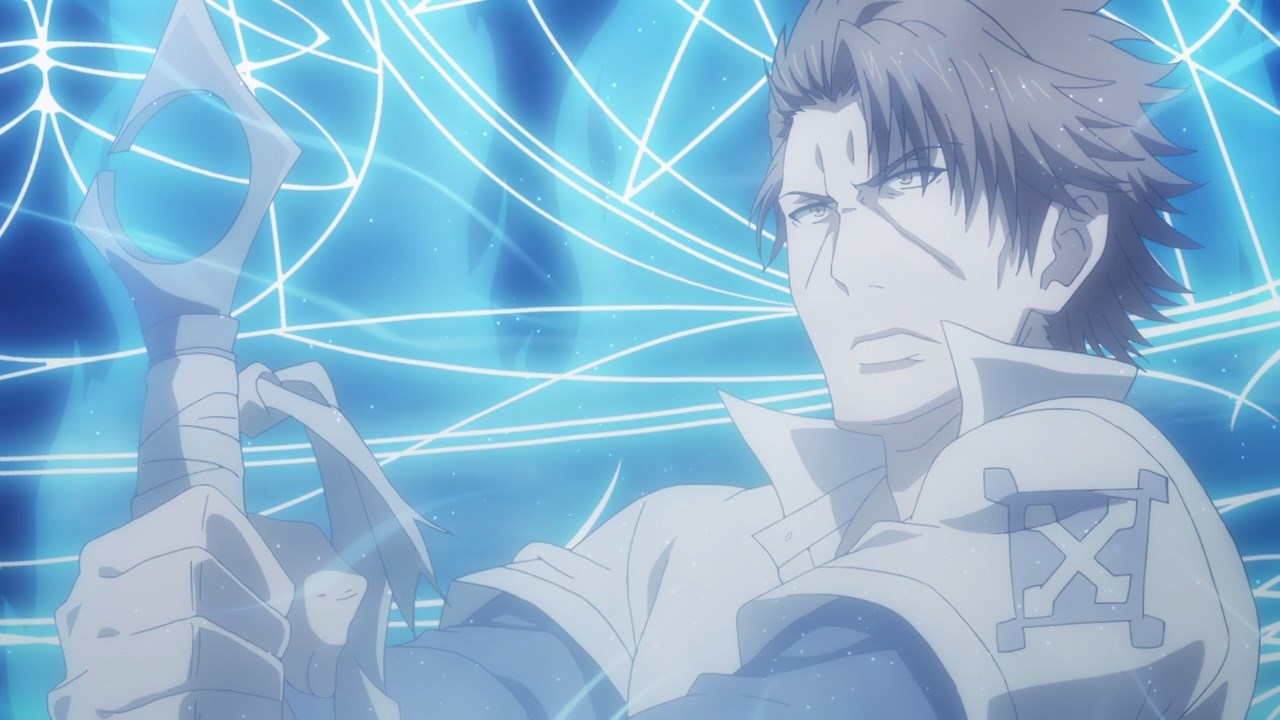 Turns out, Gabriel was stopped by Acqua of the Back as he presides over the archangel of water, absorbing the telesma from Gabriel’s body to himself.

Of course, this puts his body in danger of not containing the immerse amount of telesma, but Acqua doesn’t care for as long as he puts a dent to Fiamma’s plans! 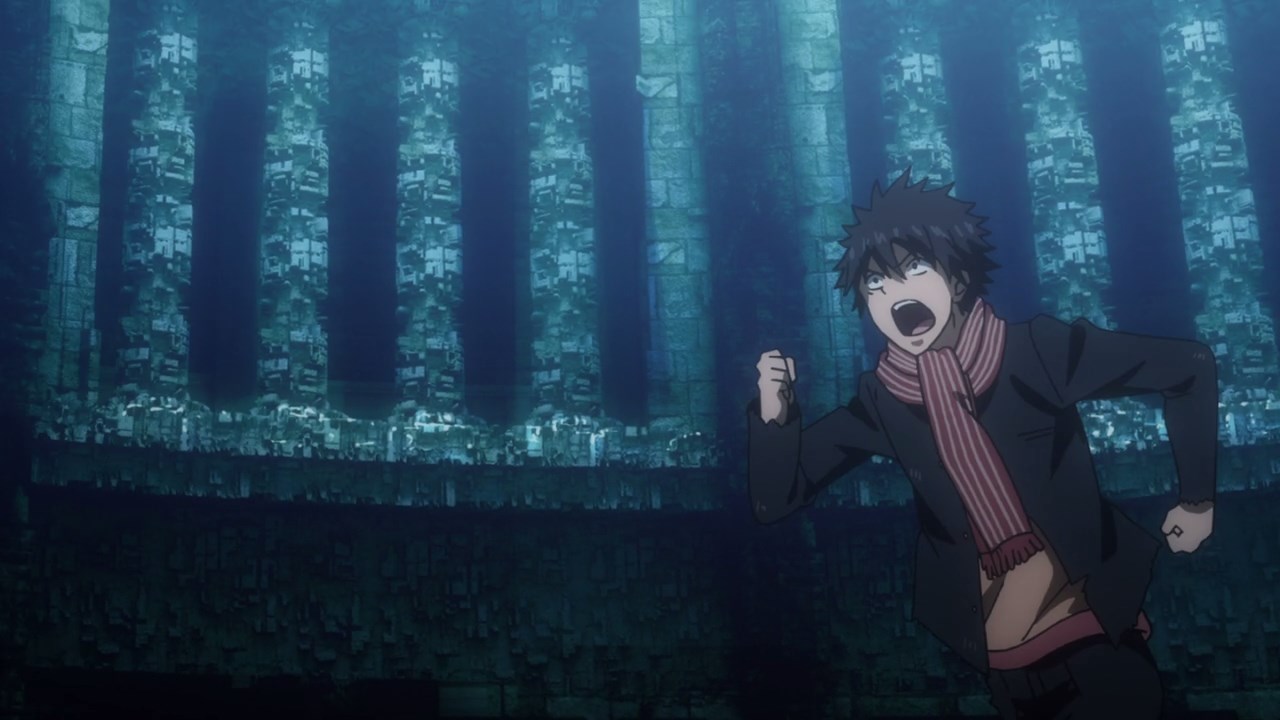 Speaking of Fiamma’s plas getting thrown away, here’s Touma Kamijou as he’ll use his Imagine Breaker… 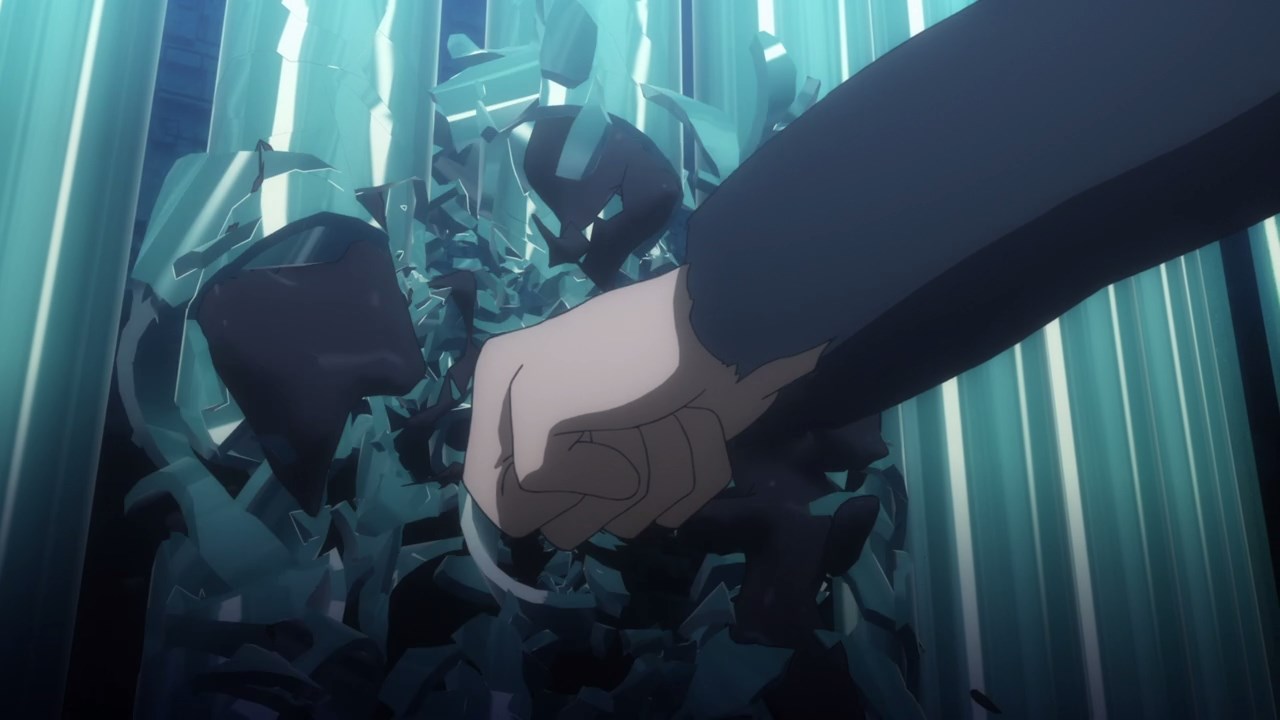 …to punch and dismantle the Star of Bethlehem until the structure collapses itself.

Um Touma, who’s gonna save you from falling to your death once the Star of Bethlehem is destroyed? 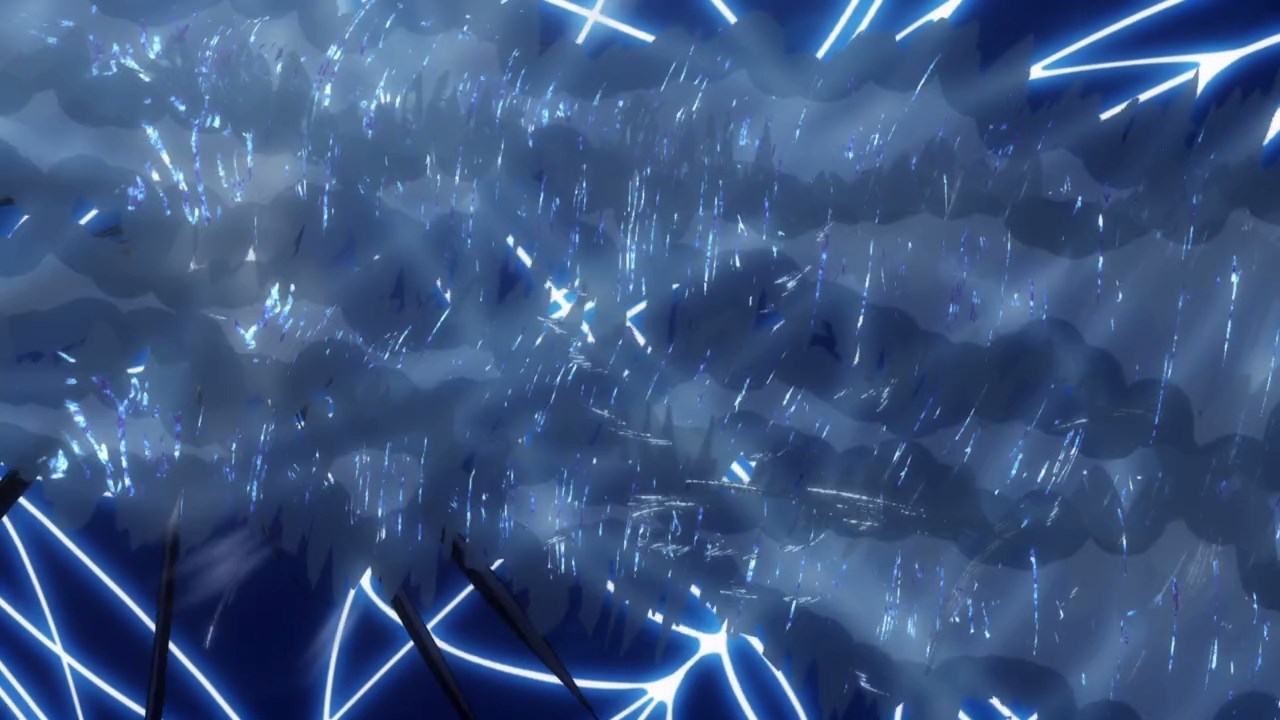 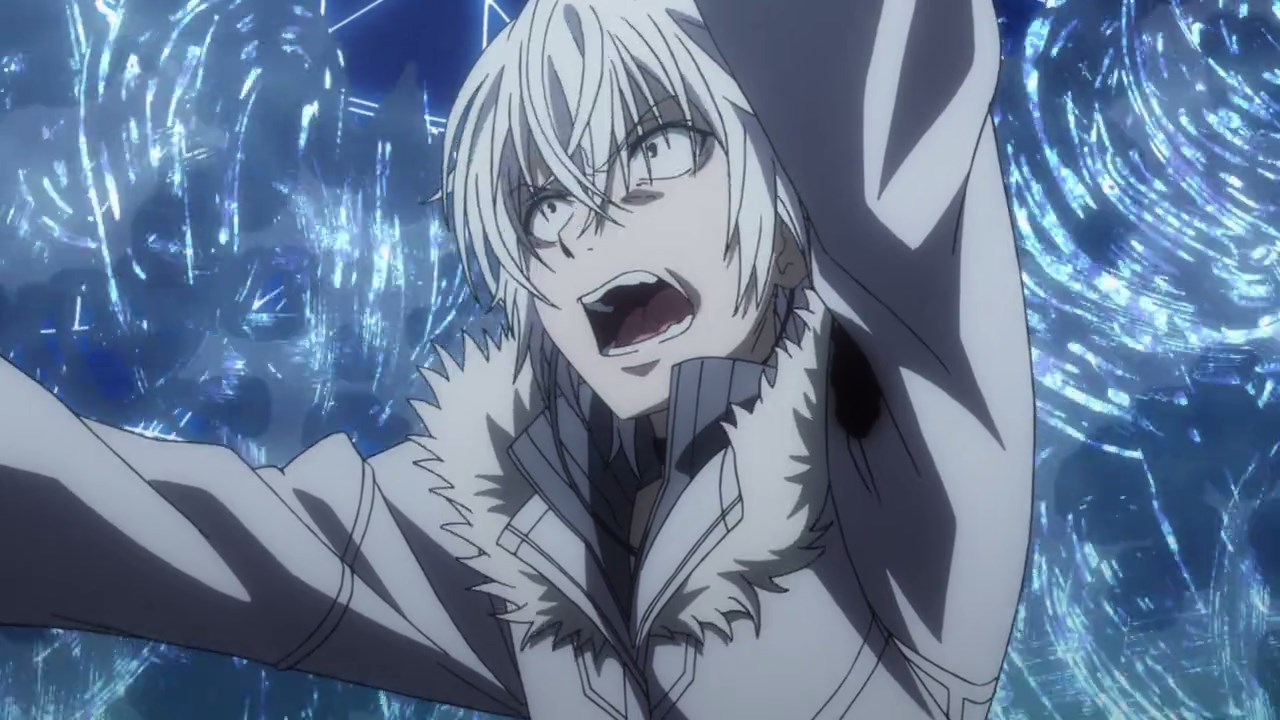 Anyways, thanks to Acqua’s interference from earlier, the archangel Gabriel is finally weakened as Accelerator can take it down.

But still, it’s not enough to defeat an archangel like Gabriel because they’re still powerful. 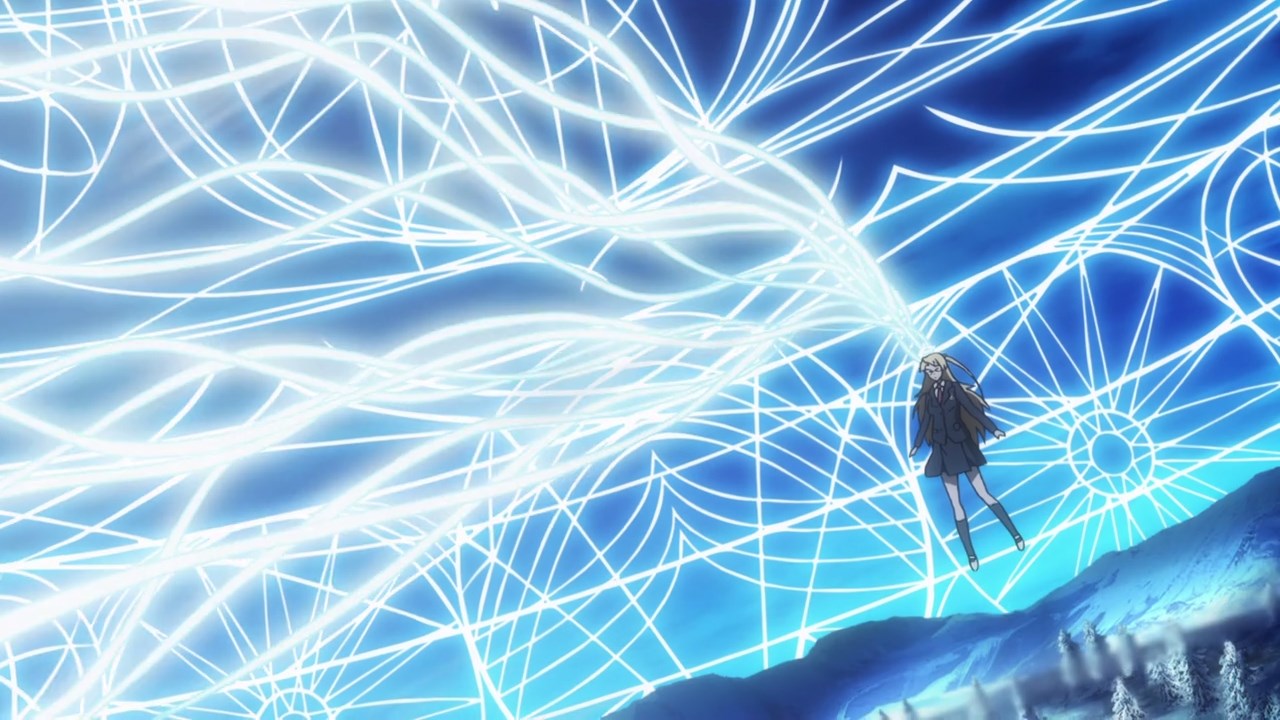 Luckily, Hyouka “Fuze” Kazakiri will help Accelerator out by using her powers… 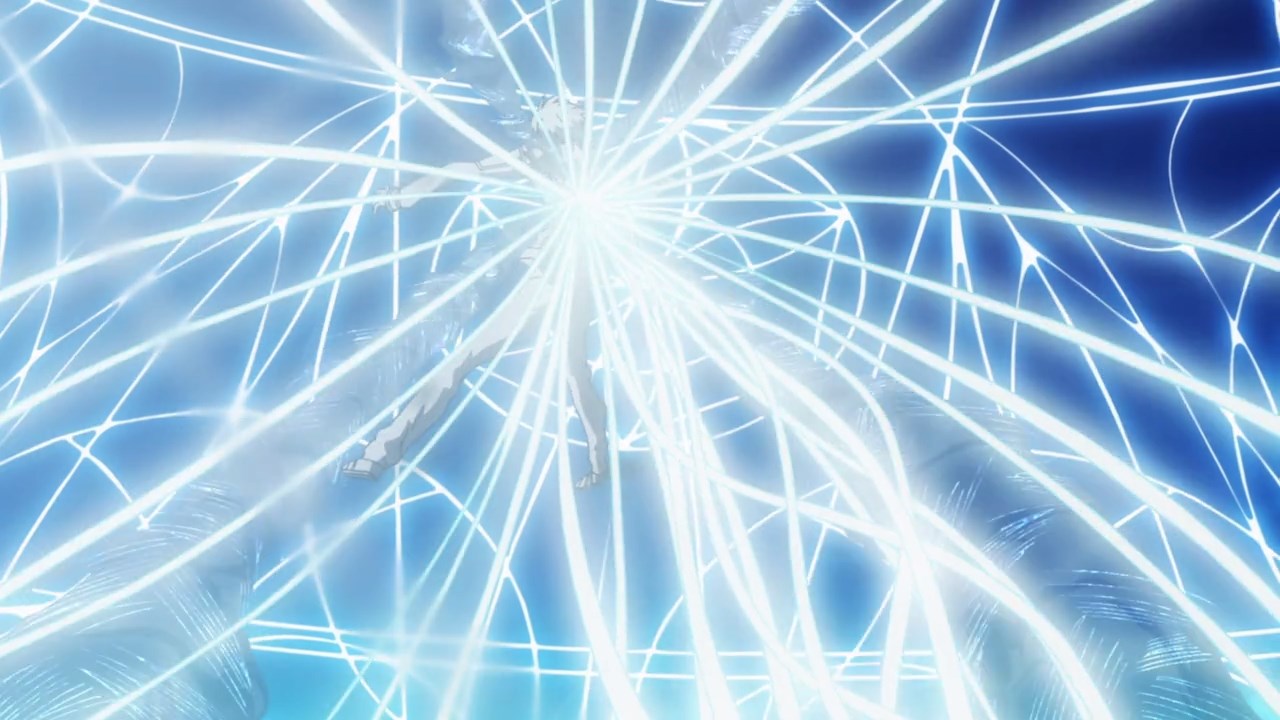 …to push him further until Gabriel is overwhelmed. Would it be nice if Hyouka attack Gabriel too instead of pushing Accelerator? 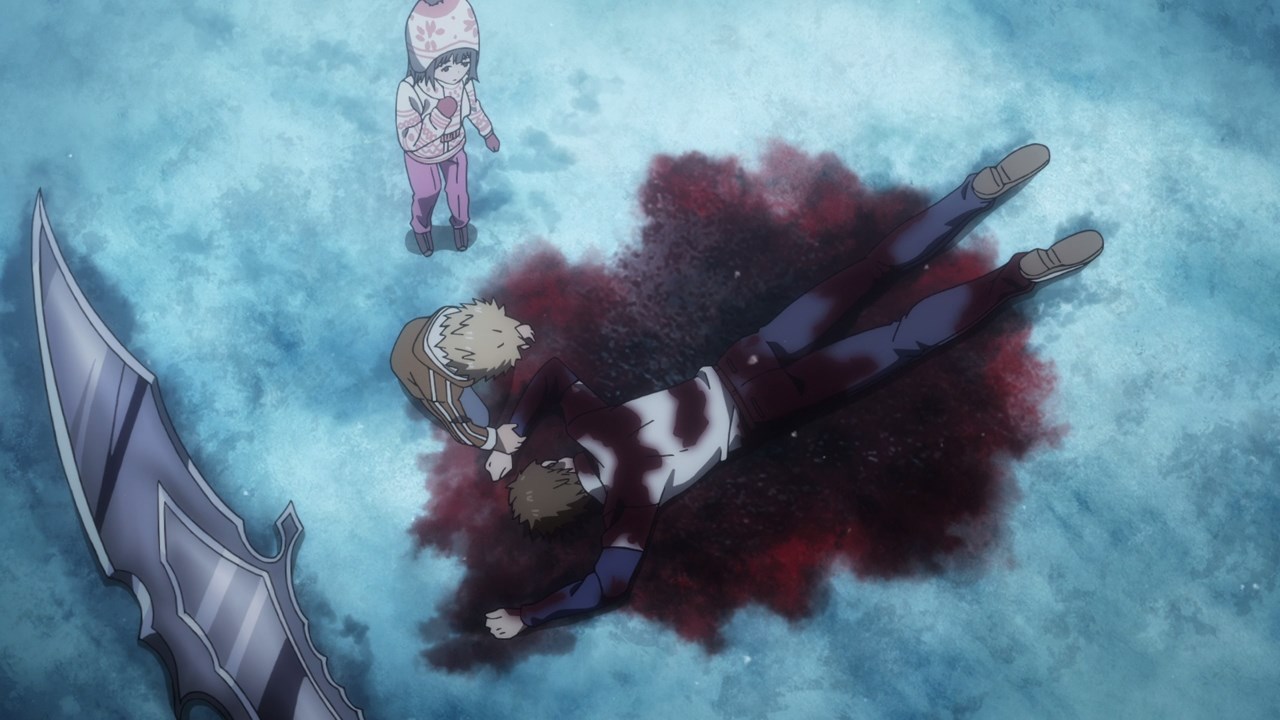 But speaking of Acqua of the Back, it appears that body is heavily-bruised and battered after absorbing Gabriel’s telesma.

Luckily, Shiage Hamazura and Rikou Takitsubo managed to find him as Rikou prepared some first aid to stop the bleeding, but Acqua told them to let him die because there’s no home to return to. 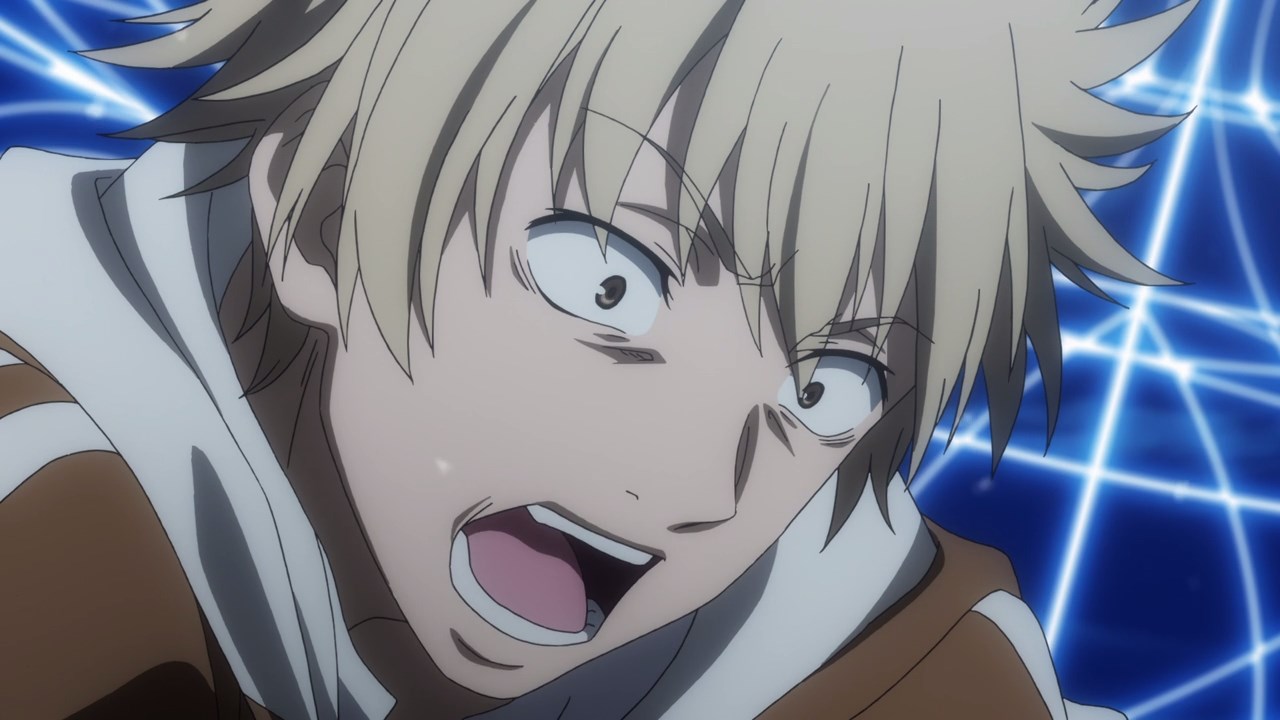 However, Shiage told Acqua not to throw away his life because there’s someone waiting for him. C’mon, Princess Villian is worried about Acqua of the Back even though he changed his name from William Orwell. 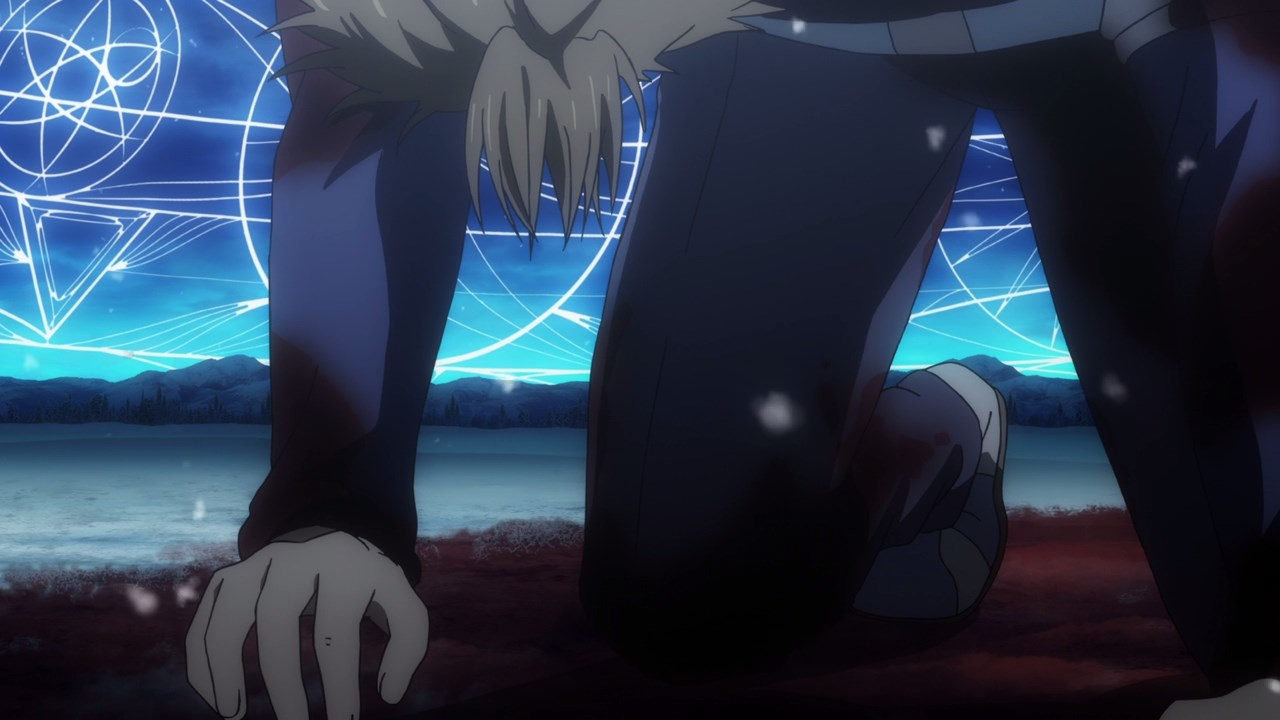 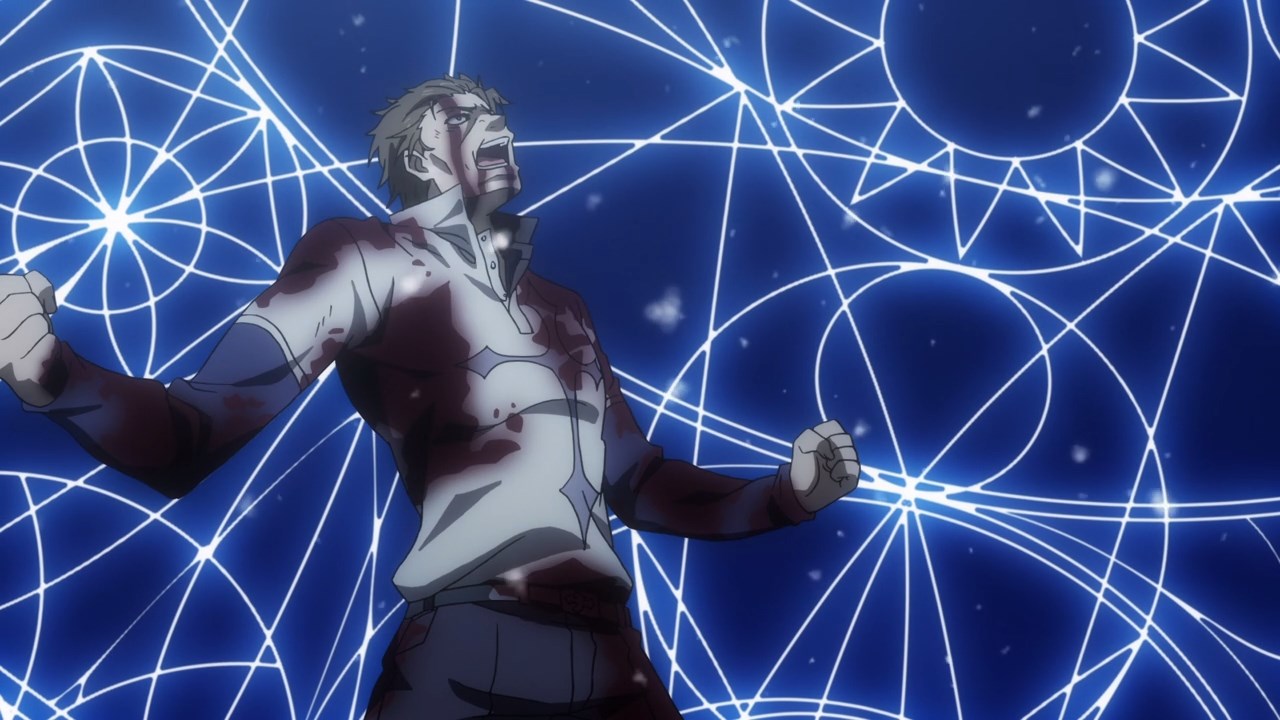 In any case, it appears that Acqua of the Back stood up and shouted at the sky thanks to Hamazura’s encouragement. Then again, he needs to get some first aid from Takitsubo first or Acqua might die! 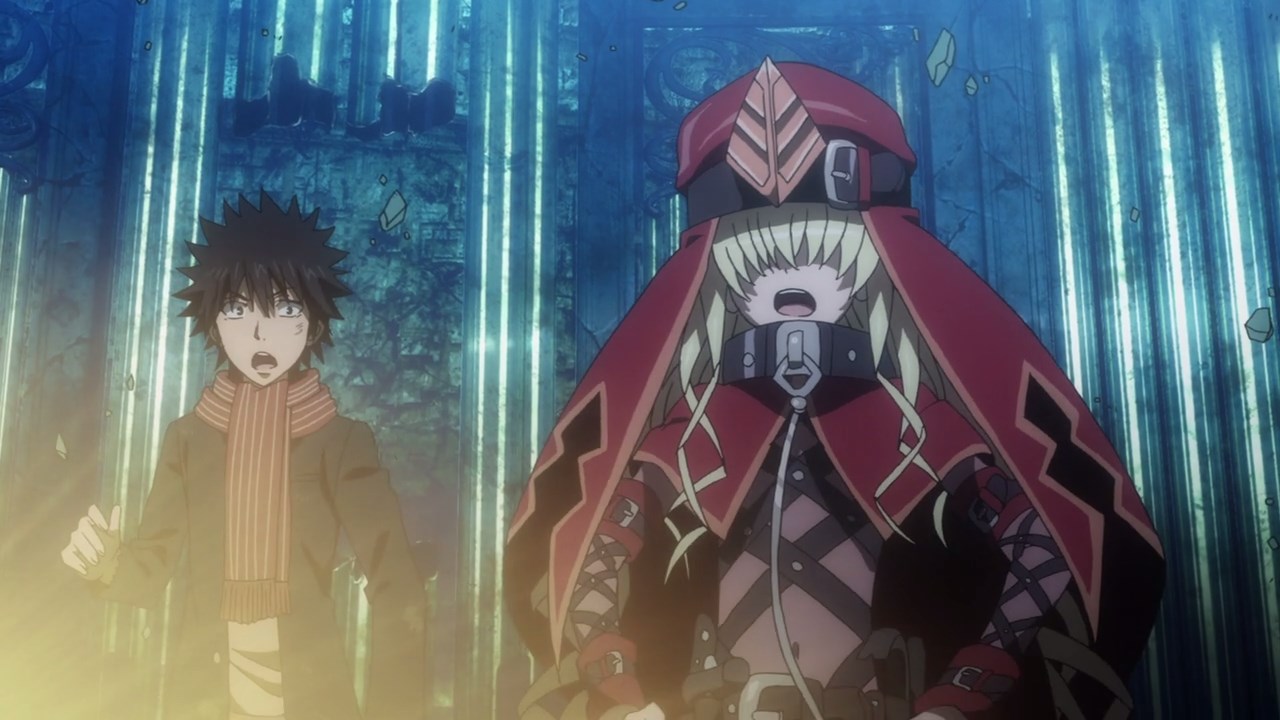 Now let’s go back to the Star of Bethlehem as the ground crumbles itself, which surprised both Touma Kamijou and Sasha Kruezhev. 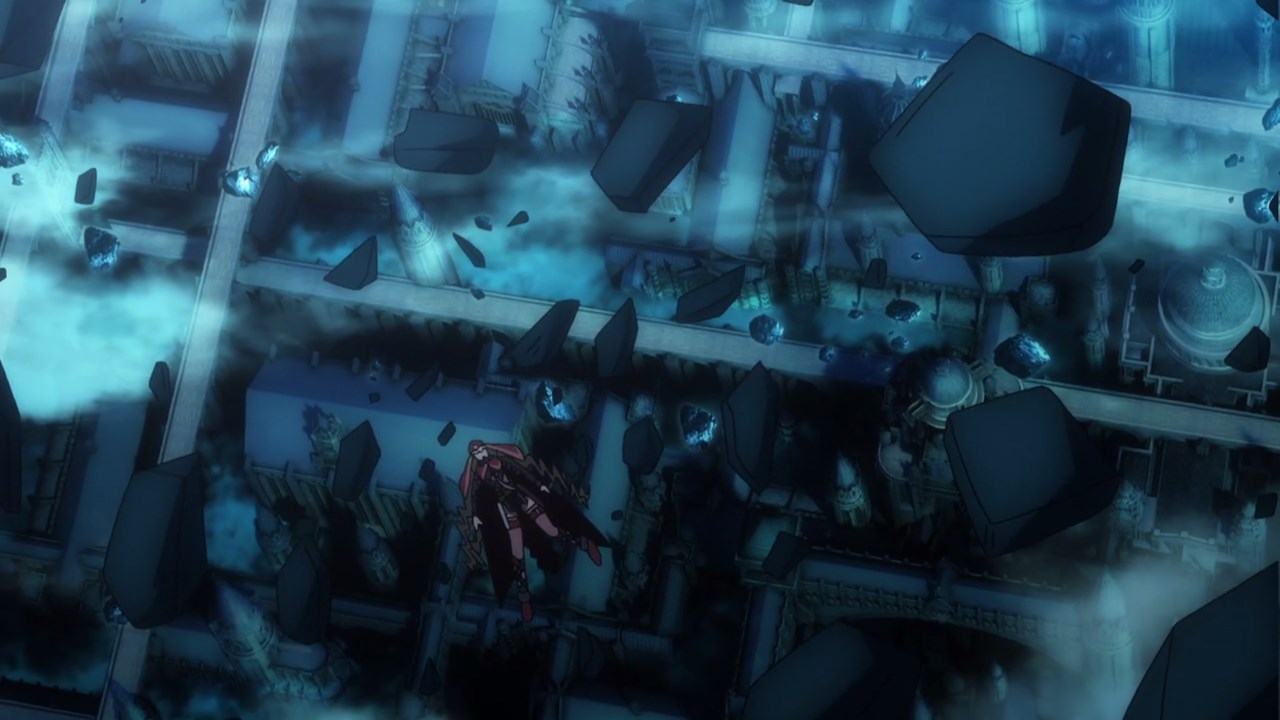 Unfortunately, Sasha Kruezhev falls down and damn, I hope someone would save Sasha because she doesn’t have wings nor levitation to save herself. 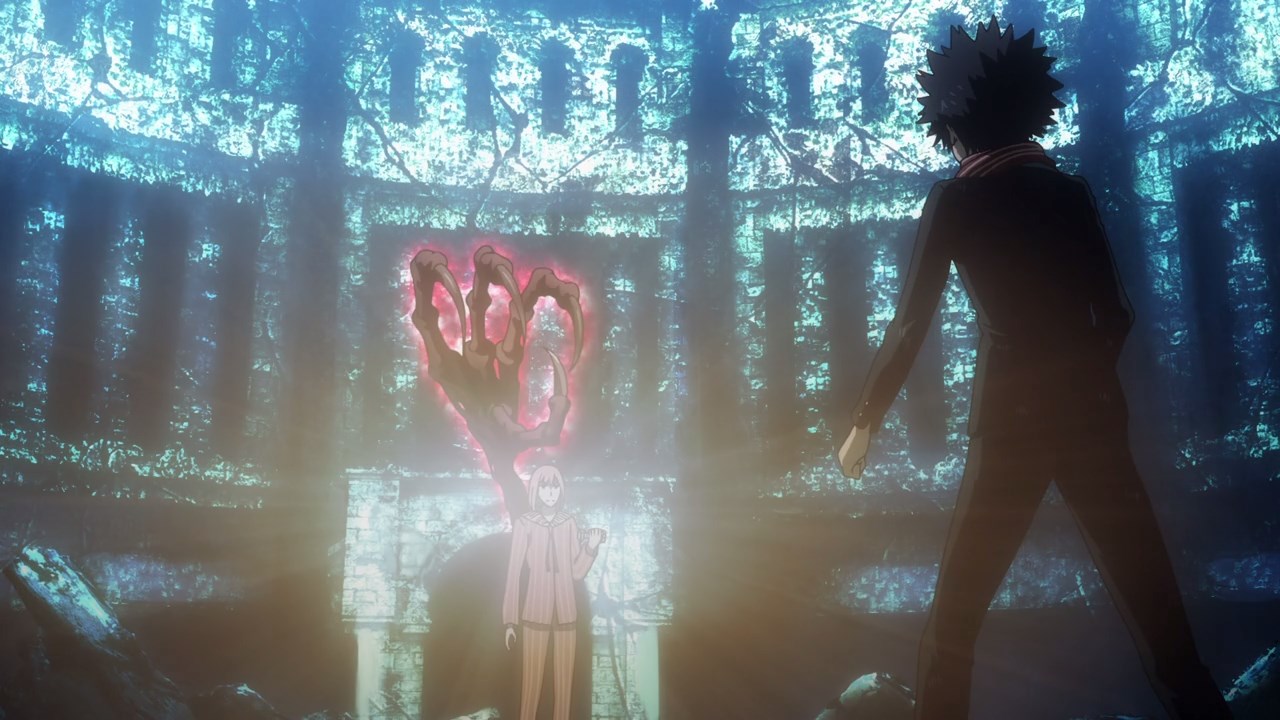 But that leaves Touma fighting against Fiamma by himself. With no one helping him, Kamijou is a sitting duck as Fiamma take his right hand unopposed.

You know, it would be better if Fiamma didn’t start a freaking World War just to get Index’s myriad of grimoires, plus Touma’s Imagine Breaker in order to become a powerful being. But no, Fiamma wants to turn the world upside-down too! 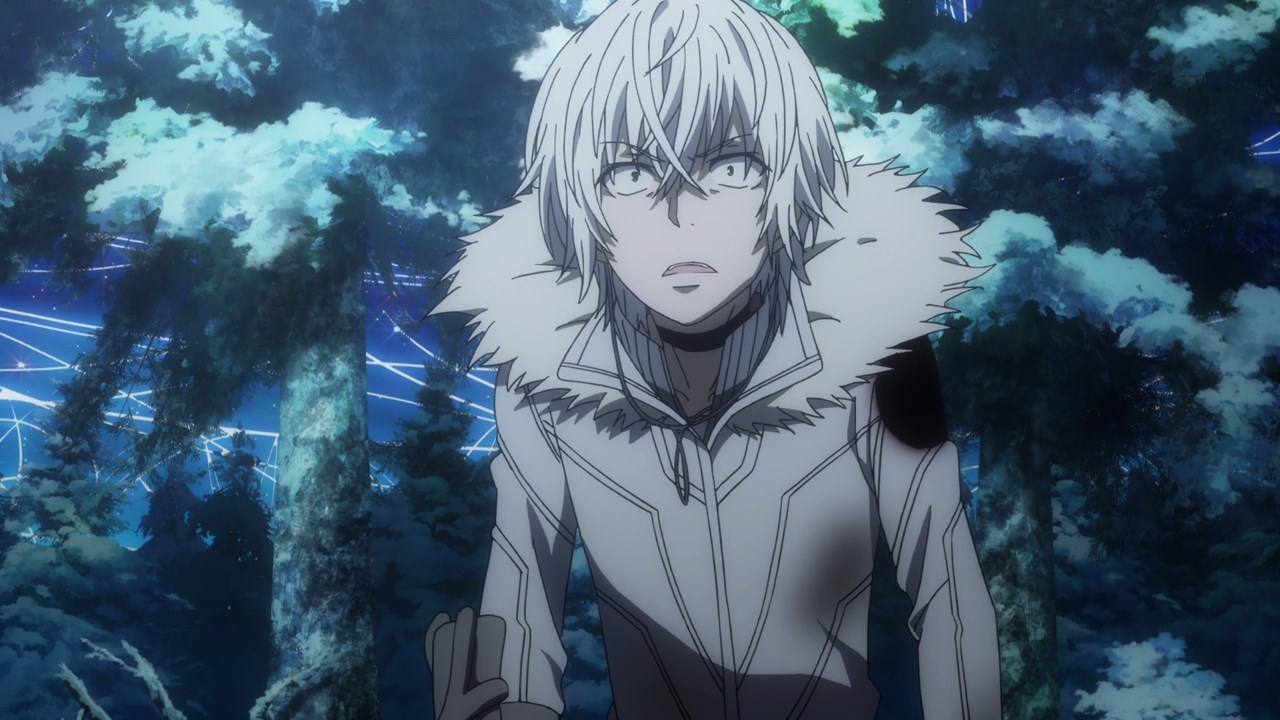 We’re now closer to the end of this week’s episode as while Hyouka Kazakiri is nowhere to be seen after defeating the archangel, Accelerator went to see both Last Order and Misaka Worst. 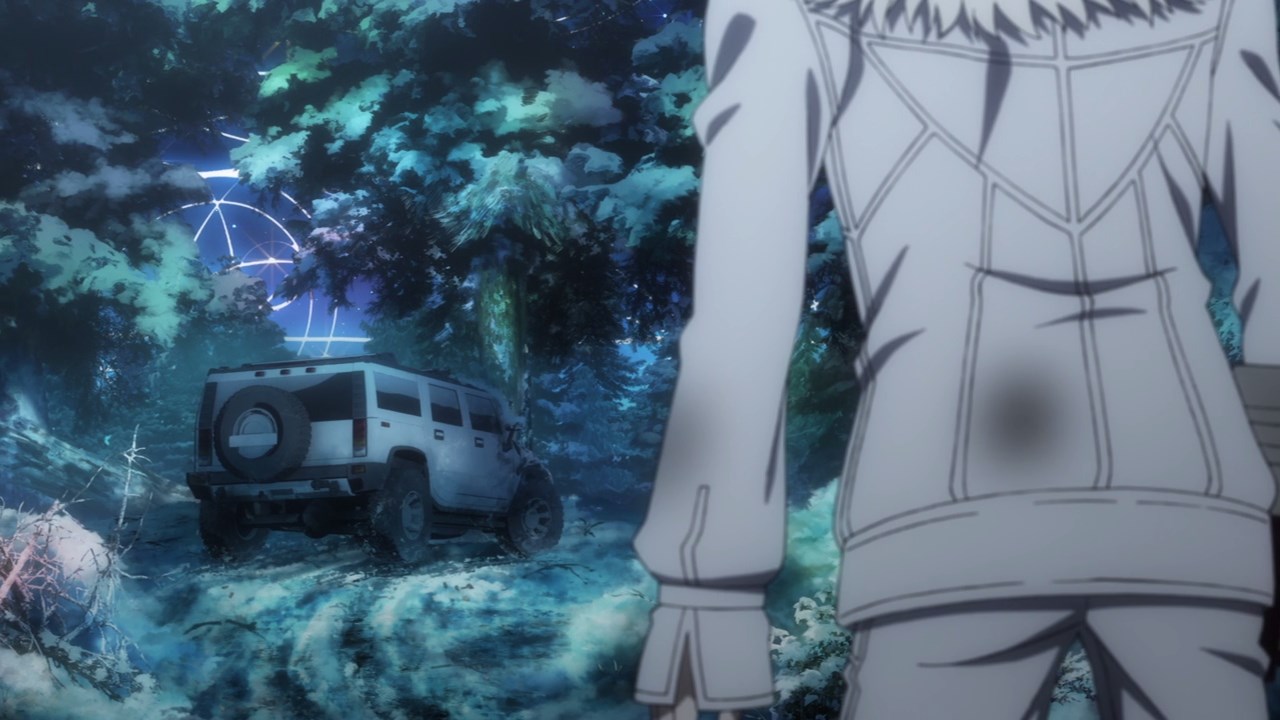 However, what he found out is that the utility vehicle she’s driving earlier got crashed, leaving Misaka Worst and Last Order injured.

Now, the question is whether they got into an accident or someone attacked both of them? If it’s the latter, I bet that Academy City found Misaka Worst to be a failure so they dispatch another assassin to kill everyone. 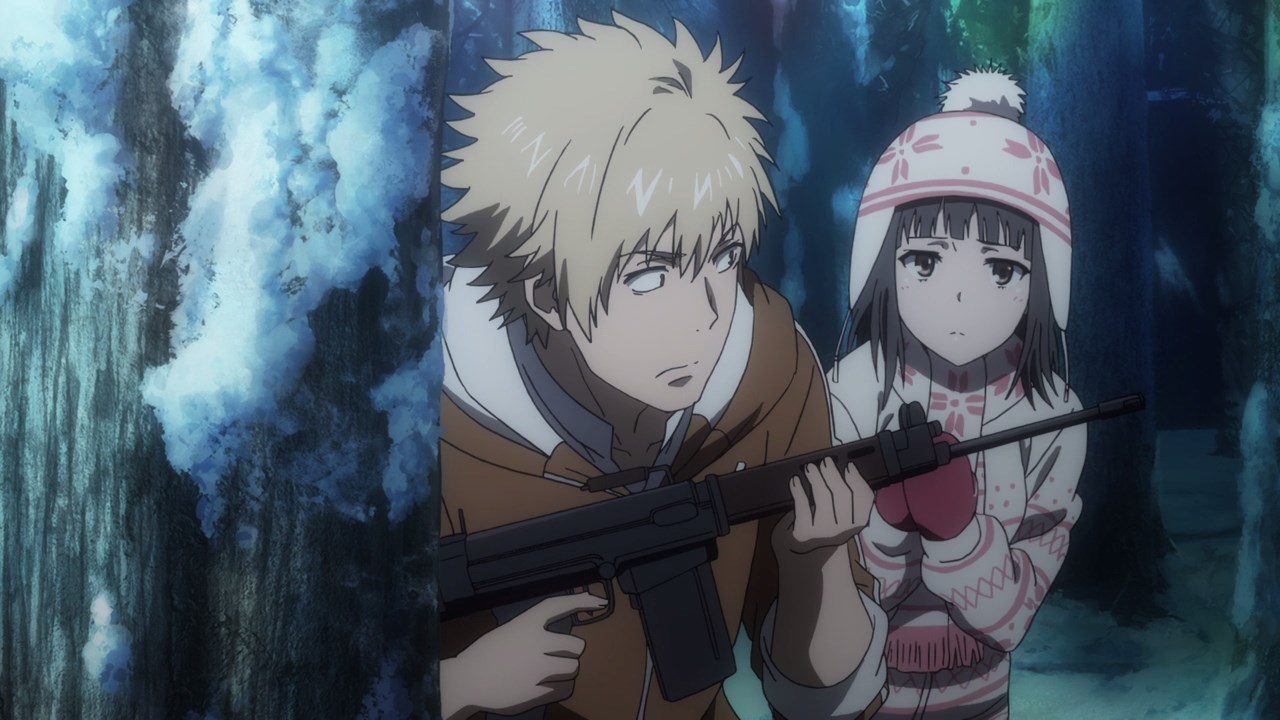 Also, here’s both Shiage Hamazura and Rikou Takitsubo as they prepare to attack the missile silo and stop the missile from launching towards the village. 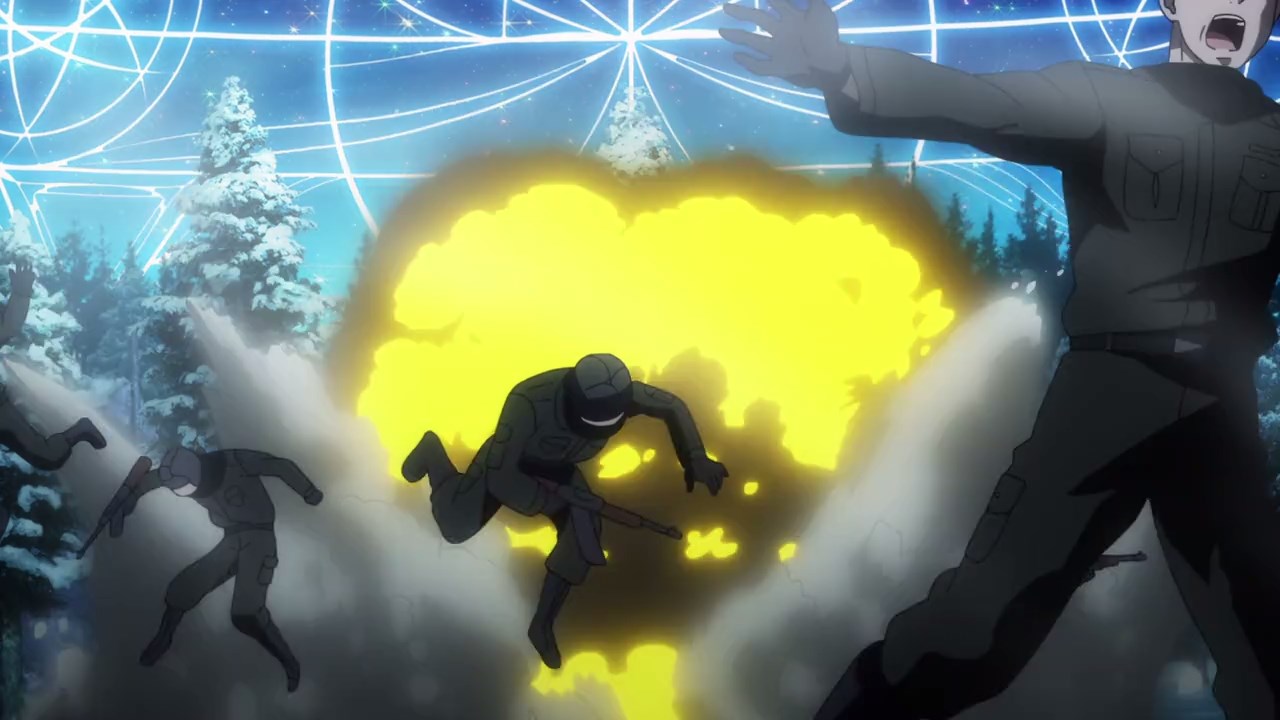 However, what Shiage and Rikou found out is that an Academy City bomber plane dropped its payload onto the missile silo, killing all Russian soldiers with it. 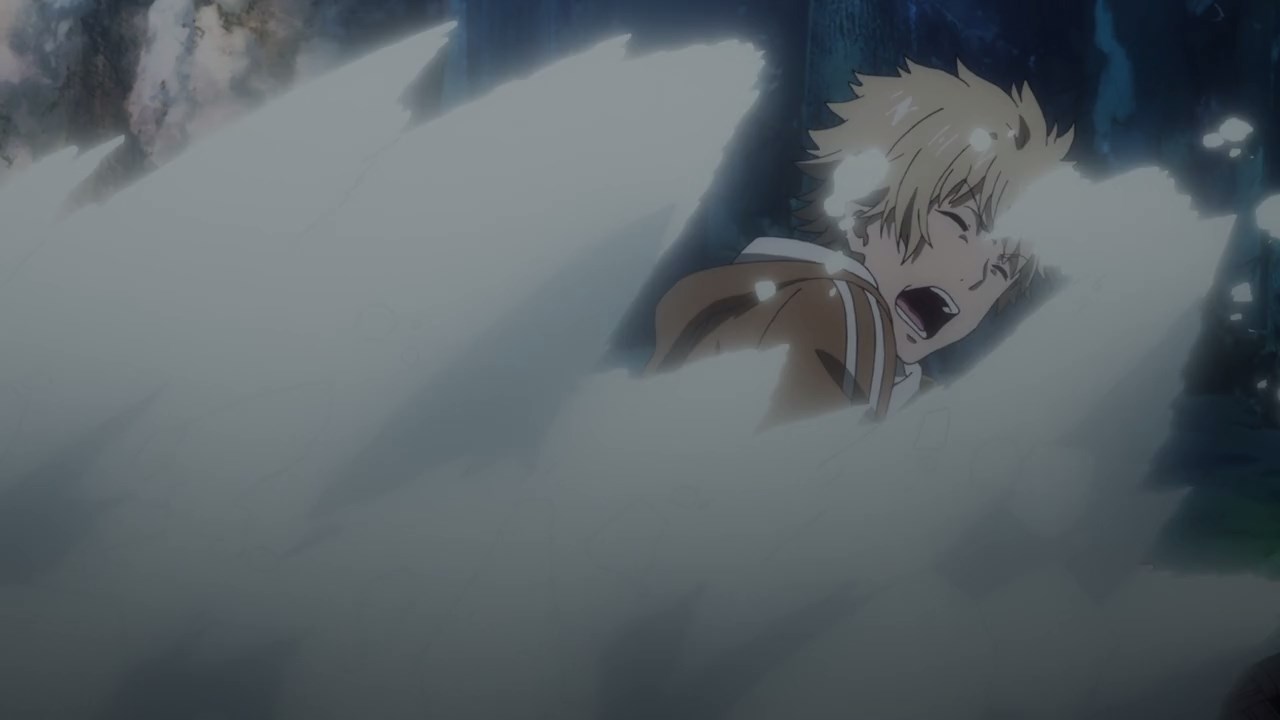 But that leaves both Hamazura and Takitsubo getting caught in the bombardment too. Let’s hope that they’re okay but then again, Shiage and Rikou might encounter Shizuri Mugino as she’s very pissed towards them.

Anyways, that’s about it for this week’s episode as we’re really getting close towards the finale. Of course, I’m worried that Fiamma of the Right will get what he wants in the end once Touma Kamijou got defeated. Let’s hope that it won’t happened on the next episode because Touma wants to save Index’s life!