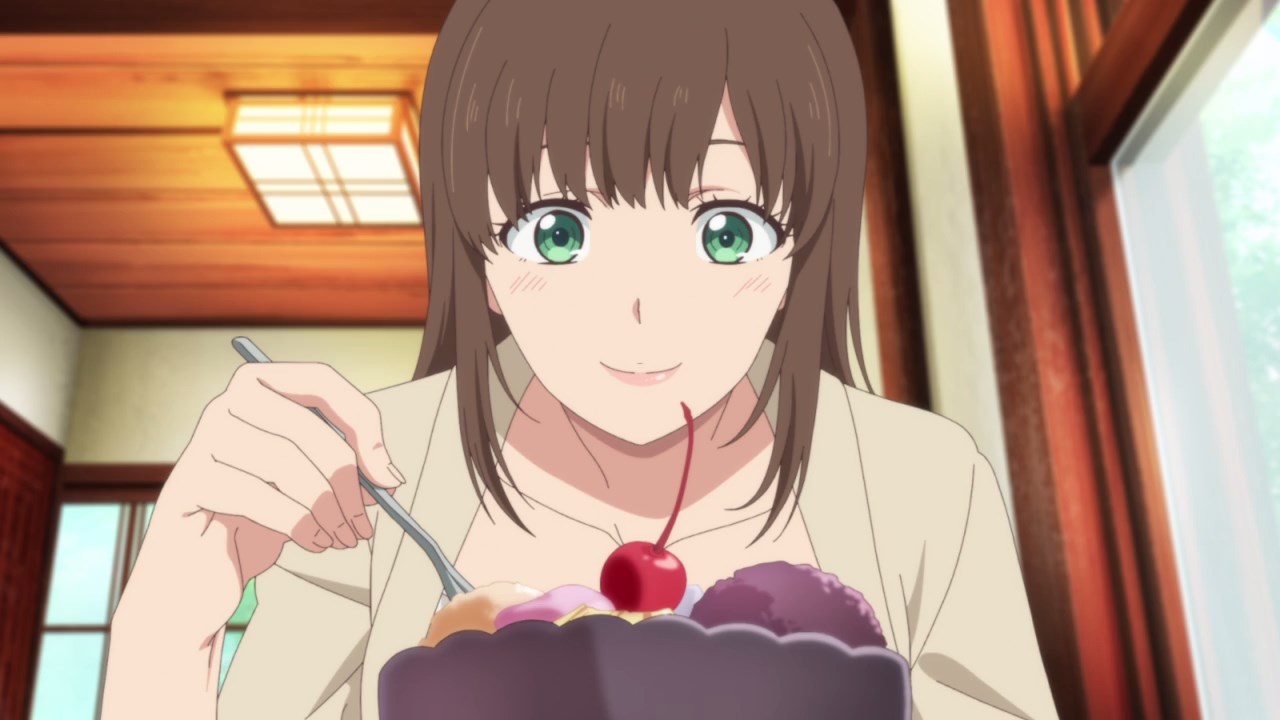 Let’s start this episode with Hina Tachibana as she went to Kamakura to visit some tourist hot spots, as well as finding places to eat desserts. 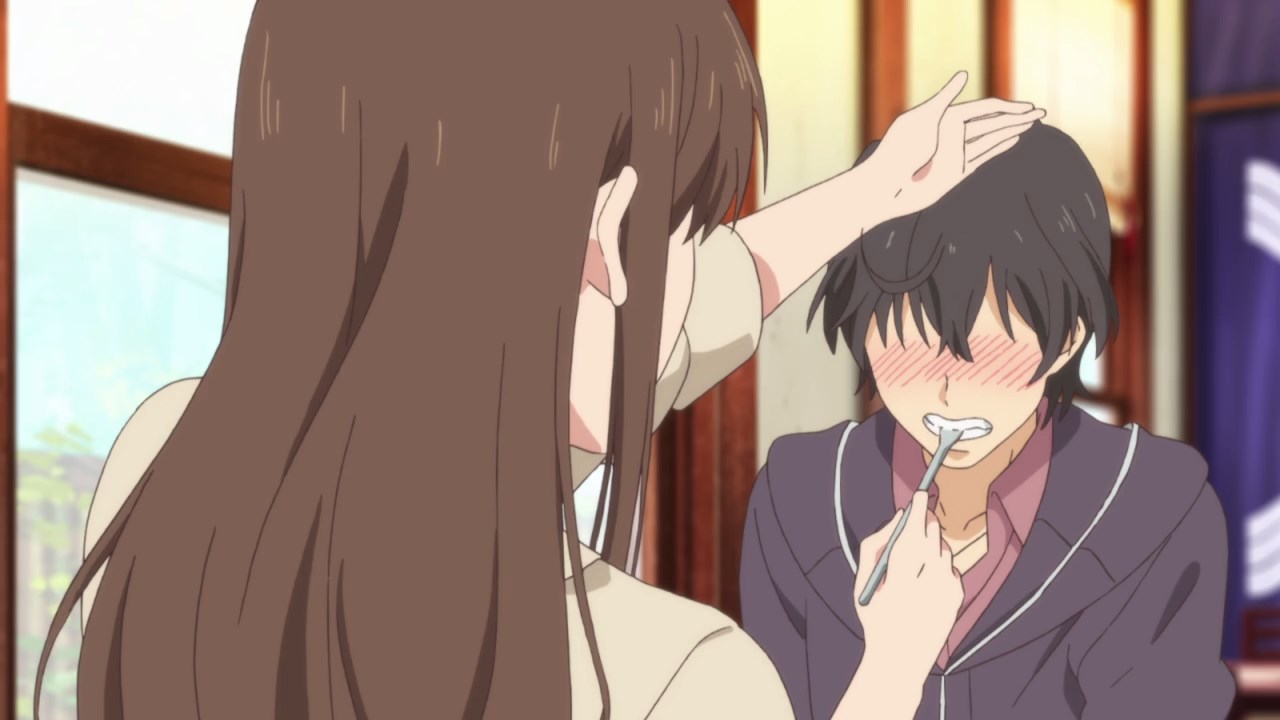 Also, she brought Natsuo Fujii on this trip because c’mon, Hina-nee wants to bring her little step-brother along the ride. By the way, let’s pretend that it’s a date! 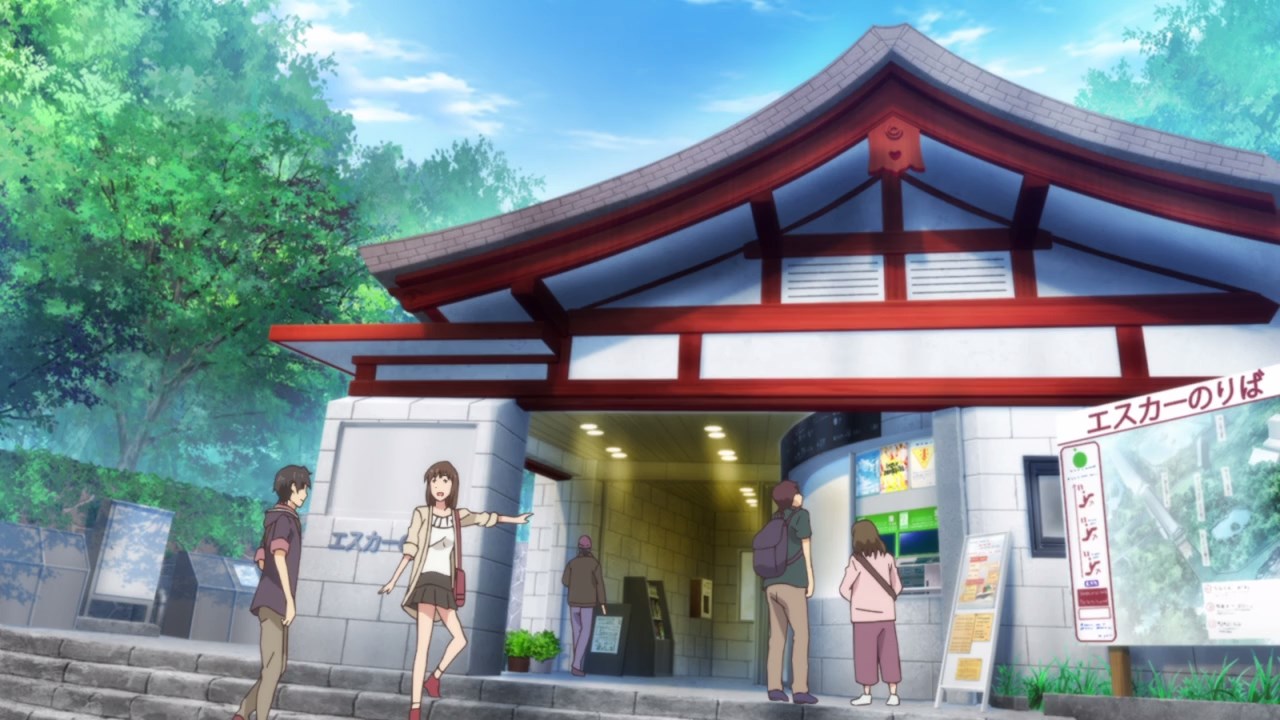 Anyways, both Hina-nee and Natsuo traveled across Kamakura until sunset. Even thought it’s not a date (although Natsuo pretend that it is a date), it’s a long day for both of them! 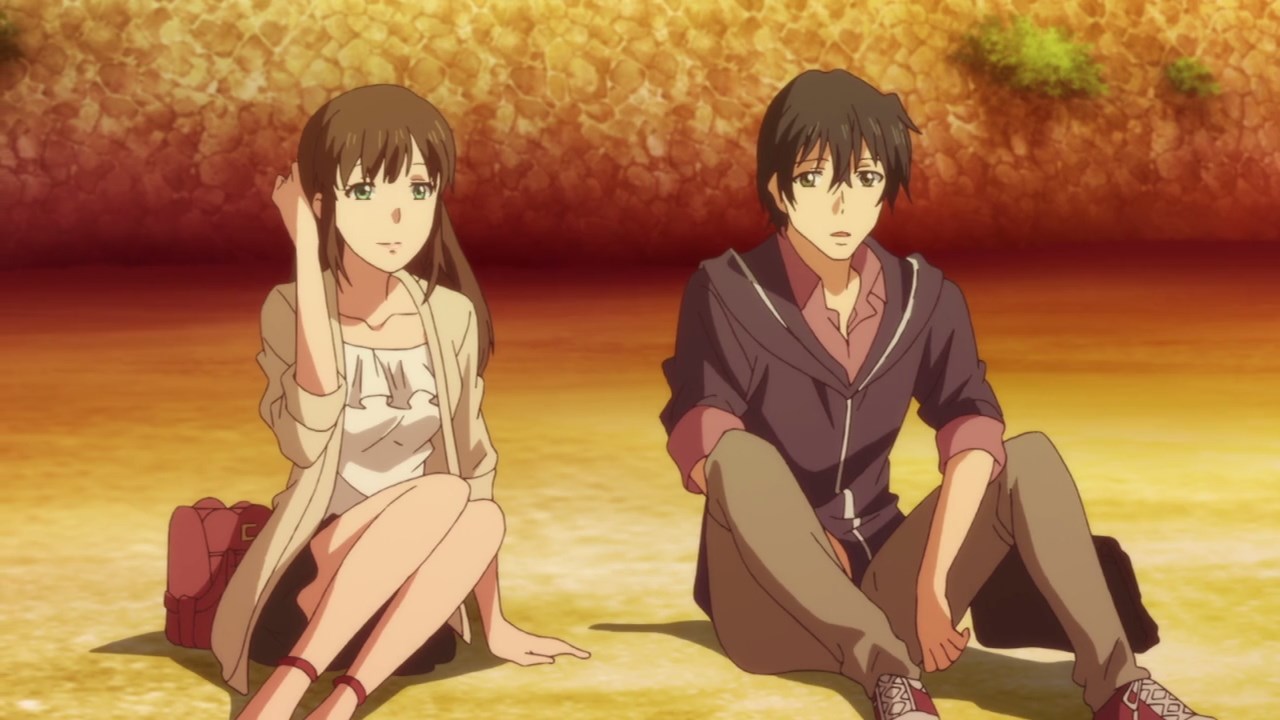 Afterwards, it’s time to settle down at the beach and watch the sun goes down over the horizon.

On the other hand, Hina-nee told Natsuo about her first meeting with Shuu Hagiwara, her teacher back in high school. 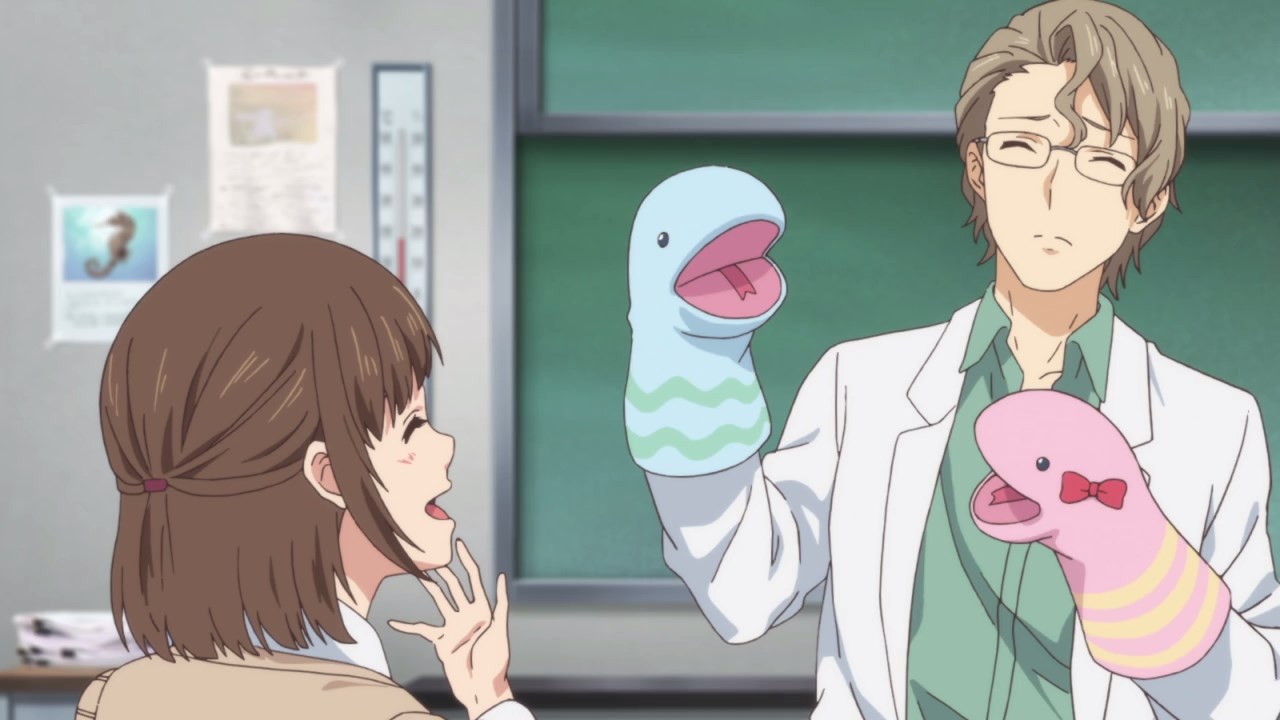 Sure that he’s a bit quirky especially when Shuu performs a ventriloquist act, but Hagiwara-sensei is lovable that Hina Tachibana fell in love with him.

Too bad that when she graduated, Hagiwara-sensei got married and they drifted apart… until Hina-nee met him back in college where Hagiwara became a professor. Still, I wonder if Hina Tachibana already moved on from Shuu Hagiwara? 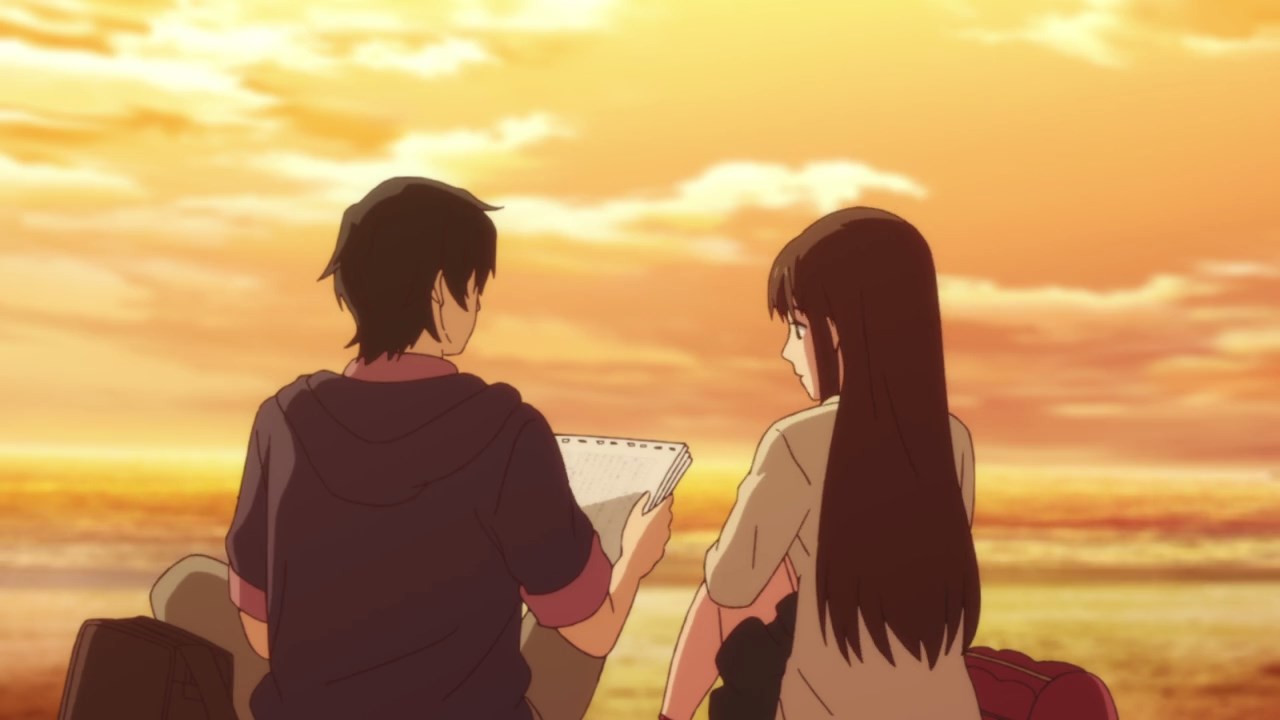 After telling her first meeting with Shuu Hagiwara, Natsuo Fujii gave Hina Tachibana his manuscript. This is Natsuo’s novel which he’s working on based on his experience. 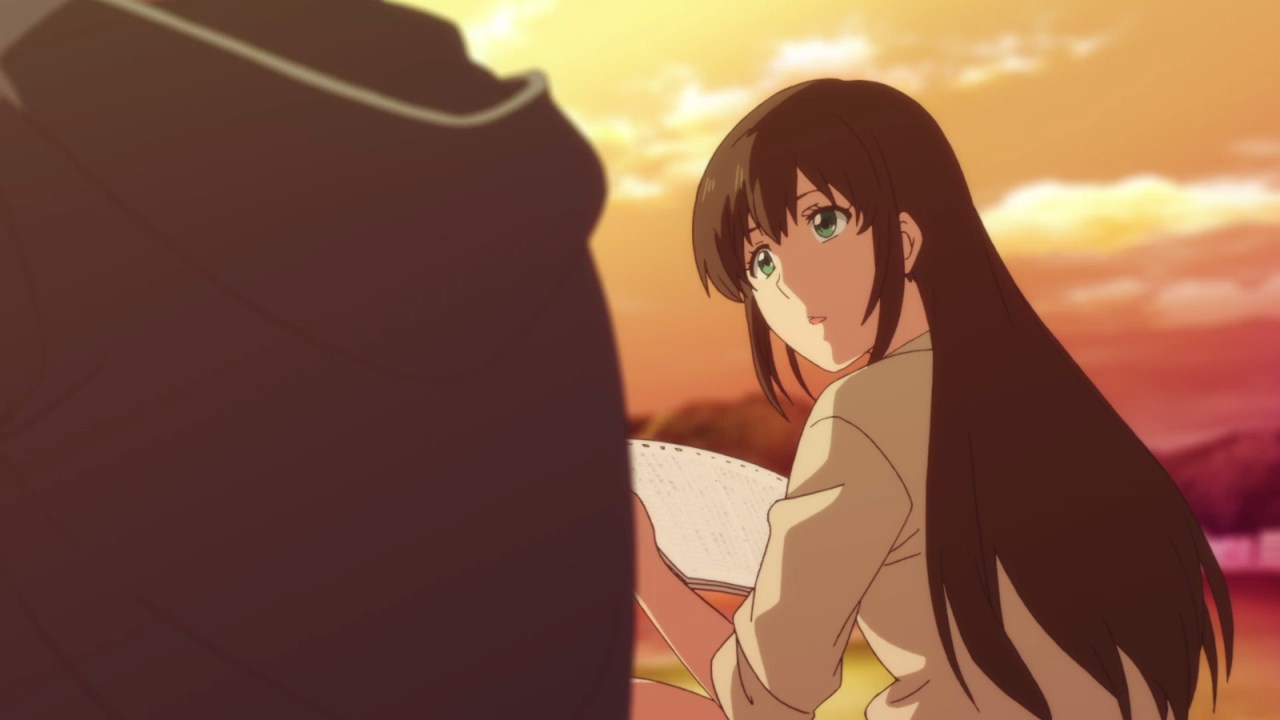 Not only that, but Natsuo’s novel used Hina-nee as the model for the heroine of his story. Basically, it’s a letter to his unrequited love towards Hina Tachibana. 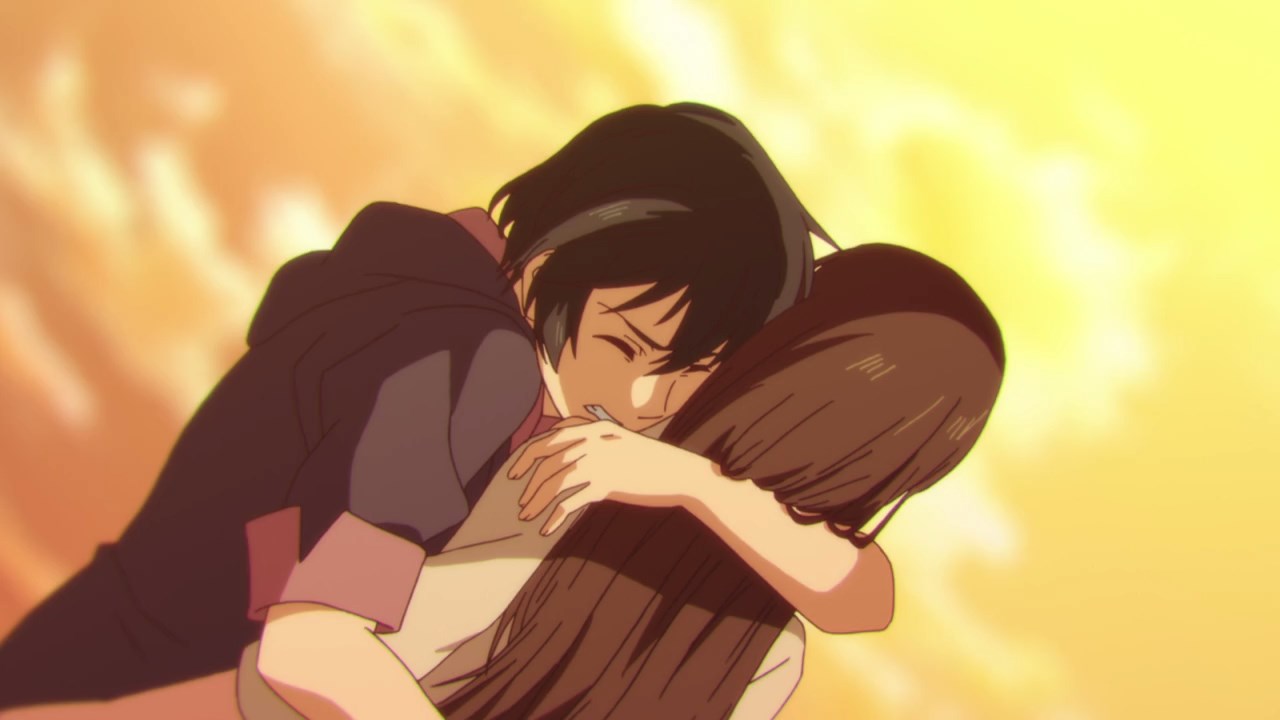 And to make it more obvious that he’s seriously in love with his teacher/elder sister, Natsuo Fujii hugs Hina Tachibana tightly. Too bad that they’re now siblings and it’s forbidden to commit incest even though they’re not blood-related.

With that, their trip at Kamakura has ended as they’re return as siblings again. Sure that this trip made them into lovers, but it’s only just for one single day. 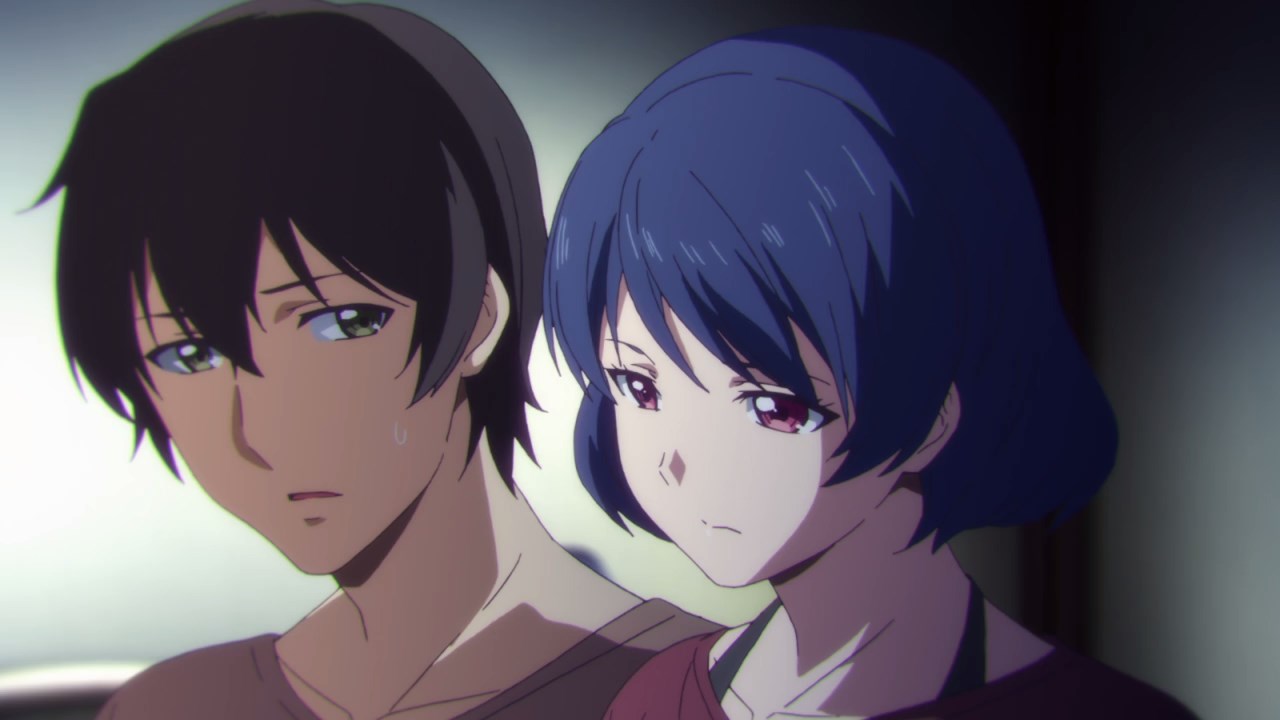 Now let’s move onto the next scene where Rui Tachibana wants to kiss Natsuo Fujii since they haven’t done it… Well, apart from having sex for the first time.

Even though she wants to do for once, I bet that Rui wants to continue kissing Natsuo in secret despite being step-siblings. Heck, even Natsuo was surprised by Rui’s bold move! 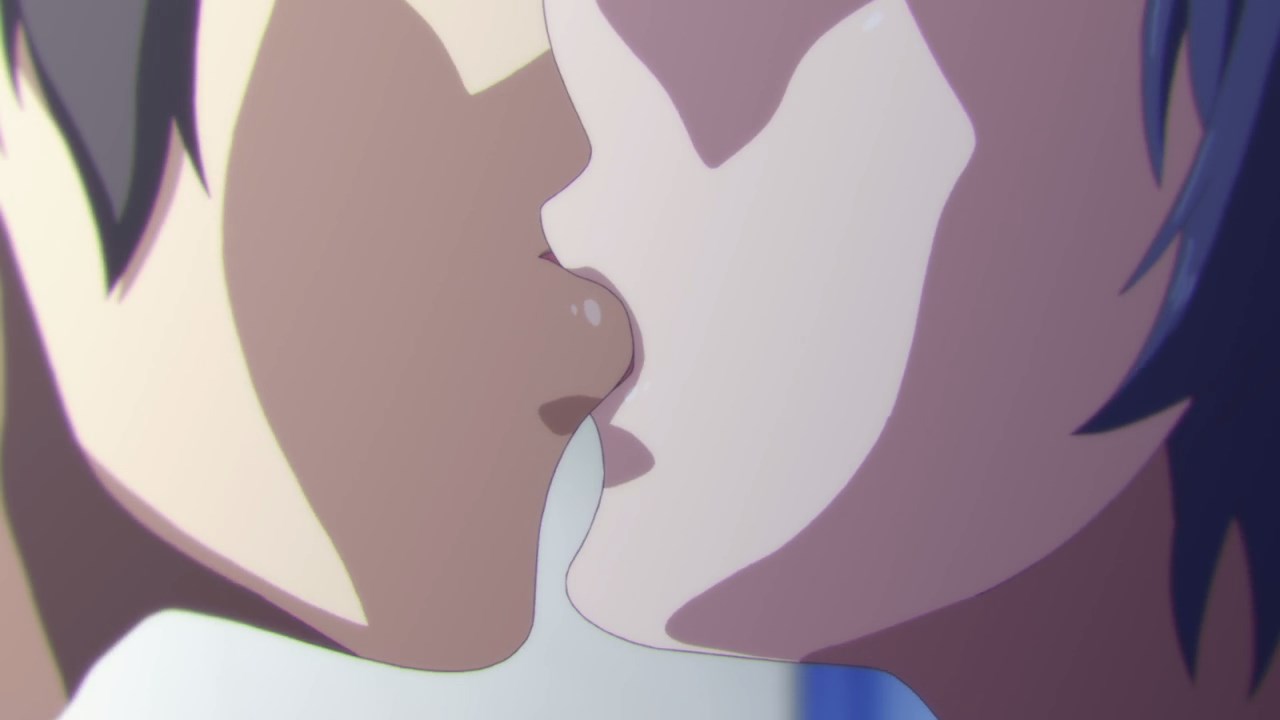 In any case, both Natsuo and Rui kissed in the lips. For Natsuo, it’s weird that his first kiss will be Rui, although he failed to kiss Hina-nee beforehand. 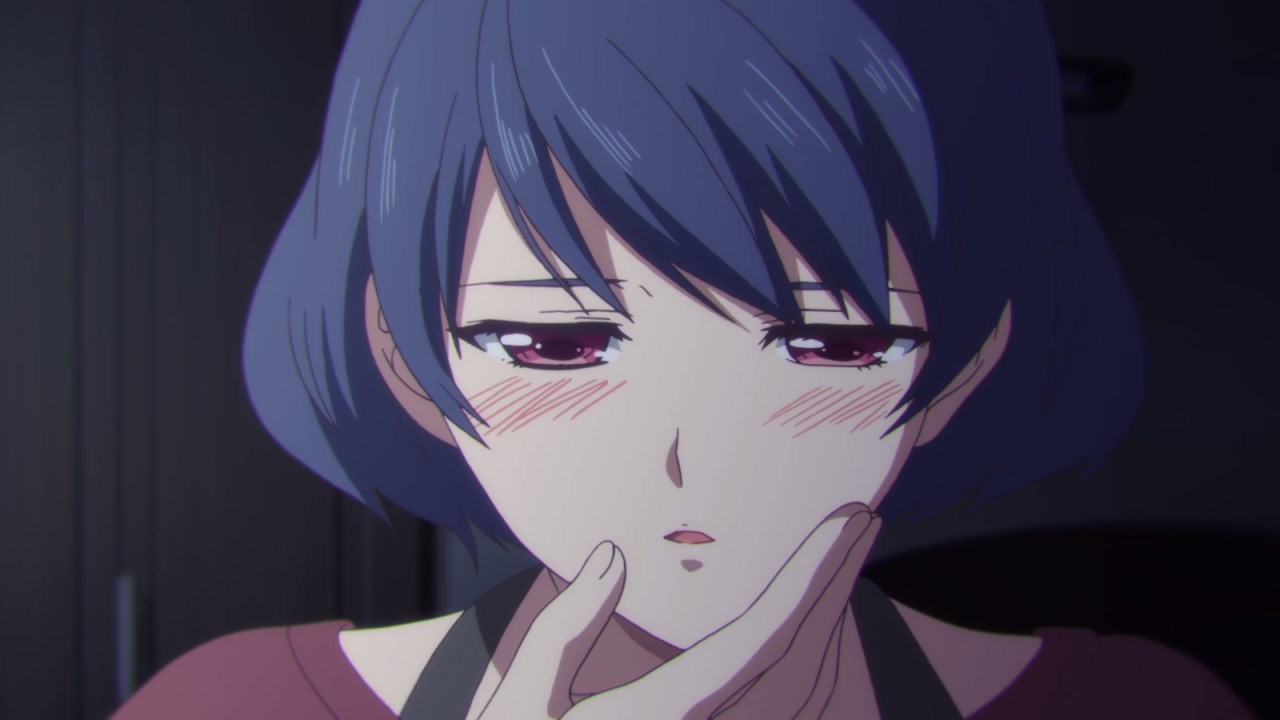 But for Rui, seems that she enjoys it that Rui wants to do it again. Of course, the reason why she wants to kiss Natsuo in the first place is because Rui is now having those intimate feelings for him, yet she can’t date Natsuo because incest is wrong. 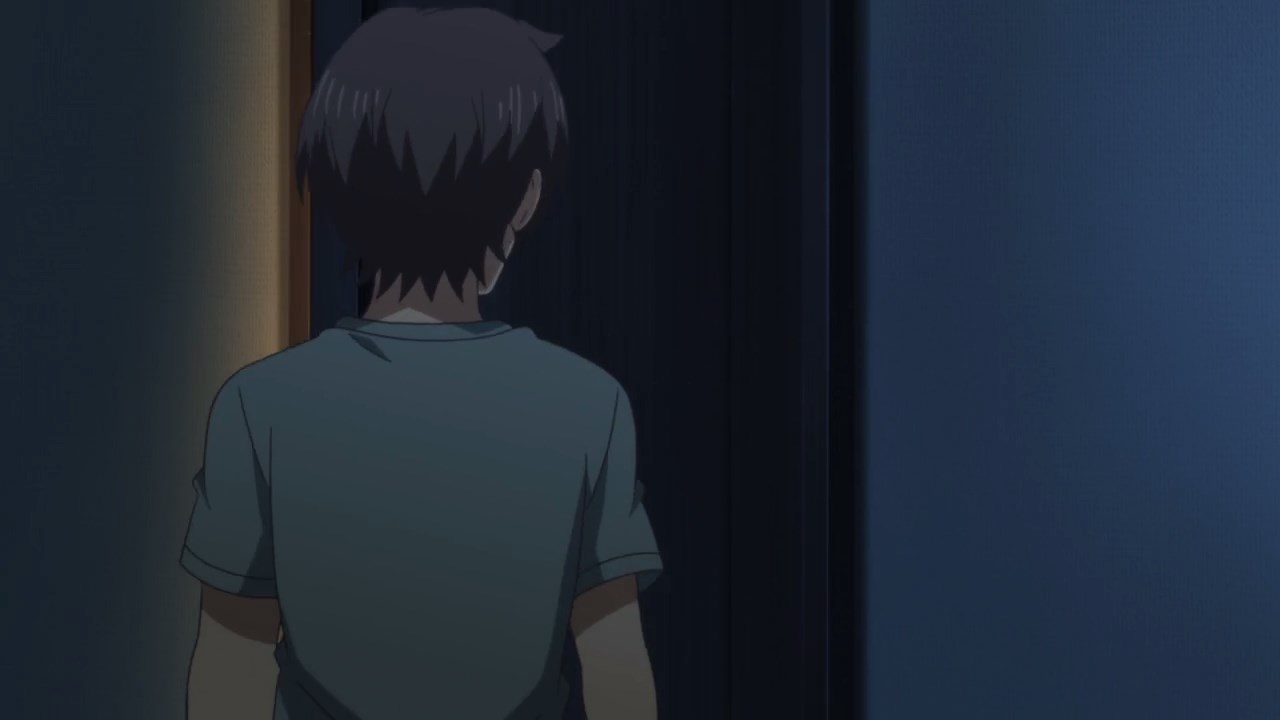 We’re now closer to the ending of Episode 7 as while Natsuo Fujii prepares for his upcoming finals exam before summer break, he saw something shocking at Hina’s room that Natsuo remained silent.

In any case, Natsuo will have to remain silent on this shocking discovery because his life will be ruined if someone finds out about it. As summer draws near, there’s still much intriguing stories to tell from Natsuo Fujii’s perspective on his love life.

For now, I’ll see you next time as Natsuo will focus on the upcoming school festival as he writes stories for the literature club. Let’s hope that he’s occupied with his club activities instead of thinking about Hina-nee for a while.