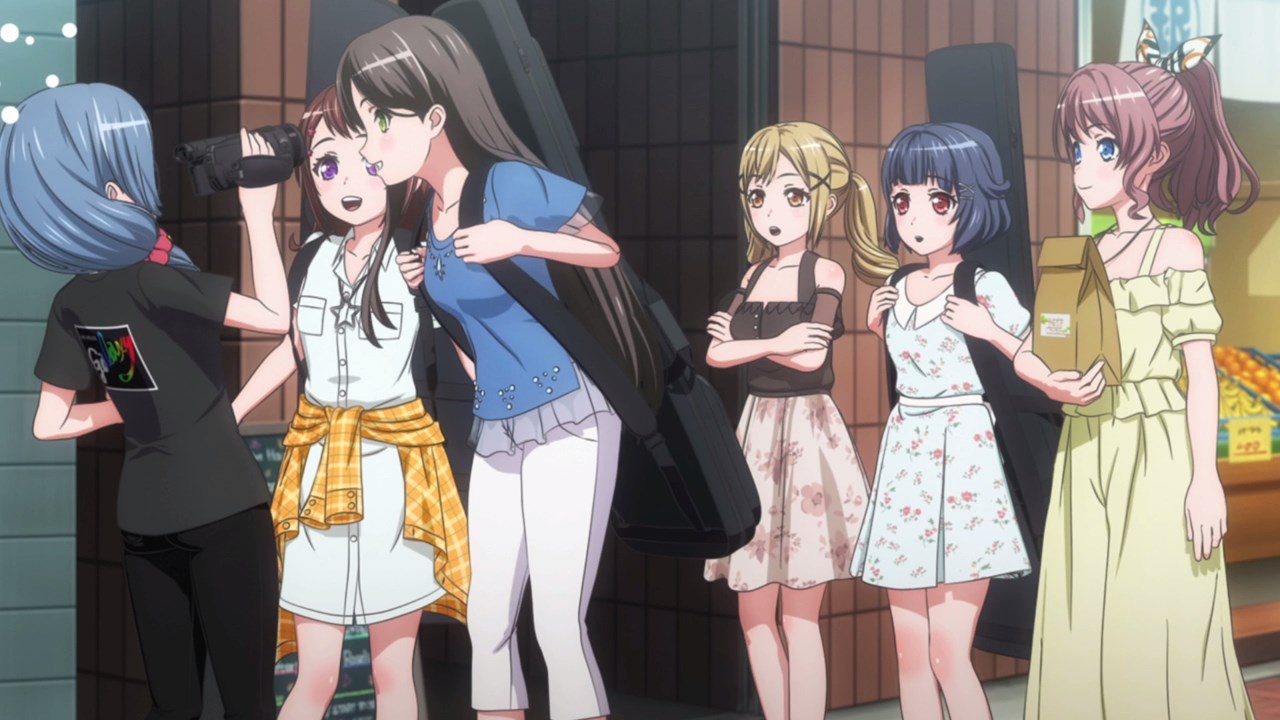 This is the final episode of BanG Dream! Season 2 where Poppin’ Party are making final preparations for their self-sponsored concert at Live House Galaxy. 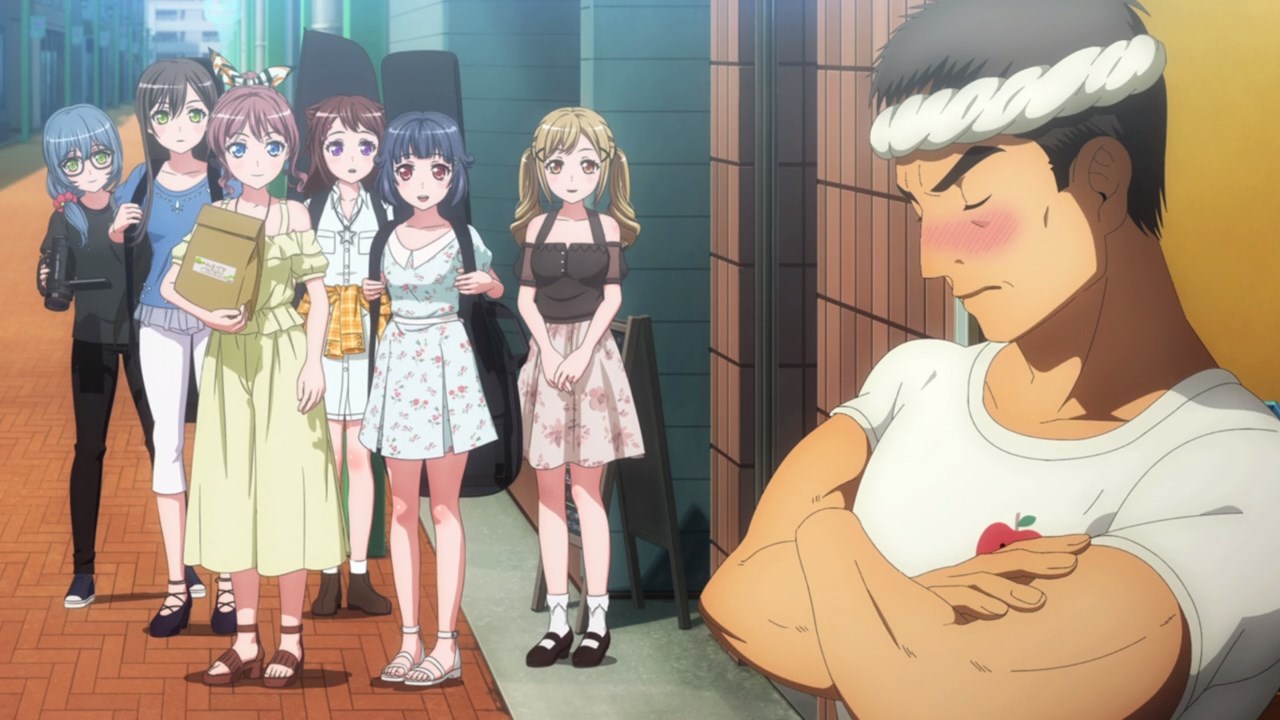 By the way, turns out that Live House Galaxy is owned by this guy who’s also an owner of a green grocery store. Well, seems that he’s a man of culture where he built a live house under the grocery store. 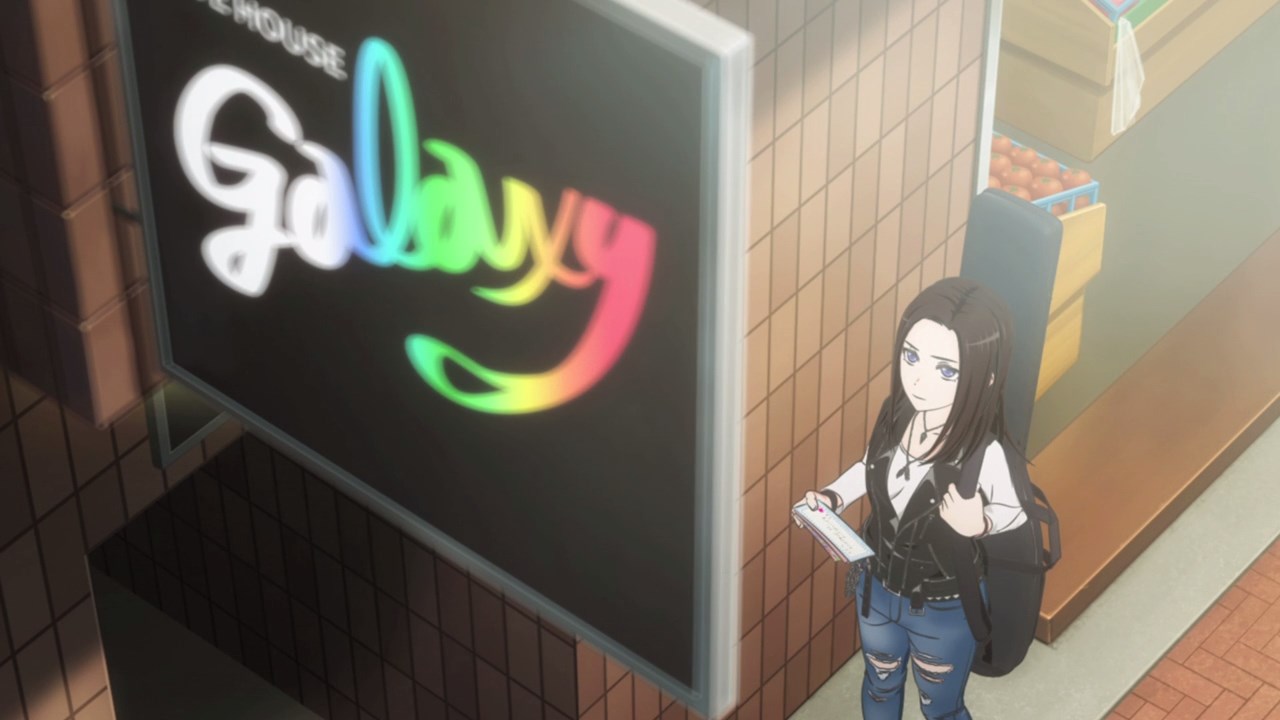 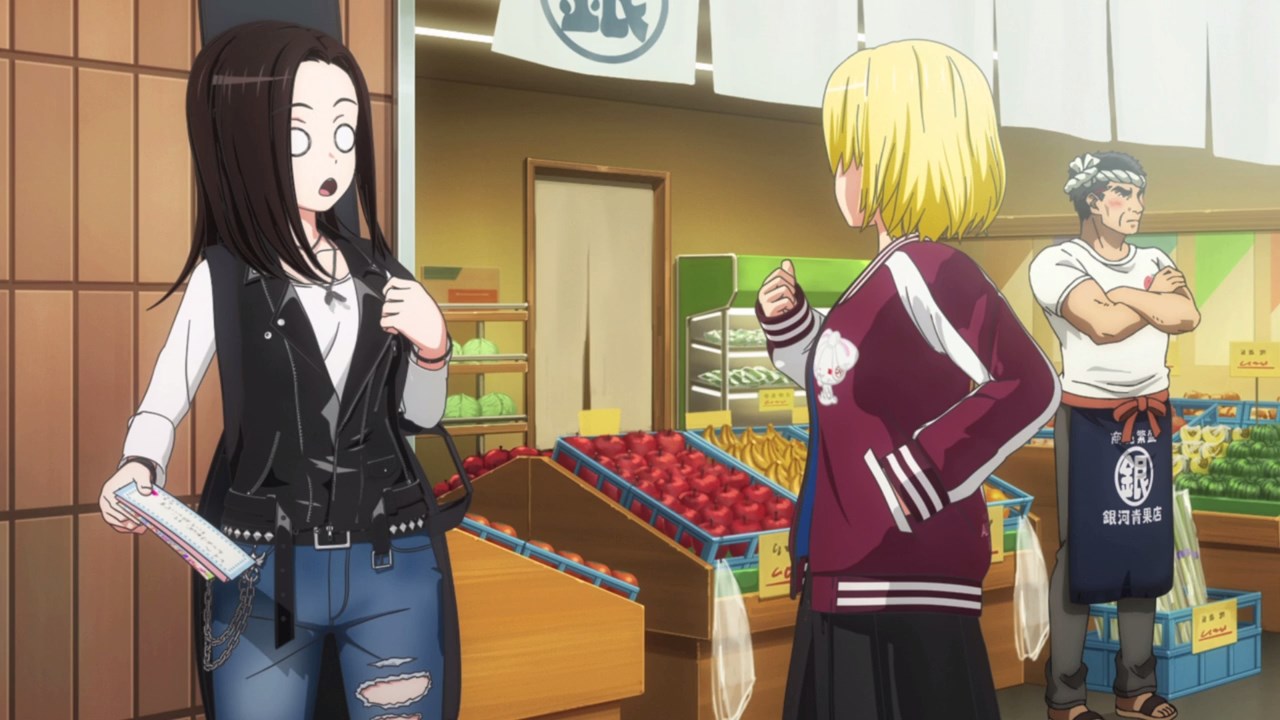 In fact, Masuki Sato is here as she told Layer that the guy over there is actually her father. It’s no wonder why Masking got so good at playing drums because she spends her free time at Live House Galaxy! 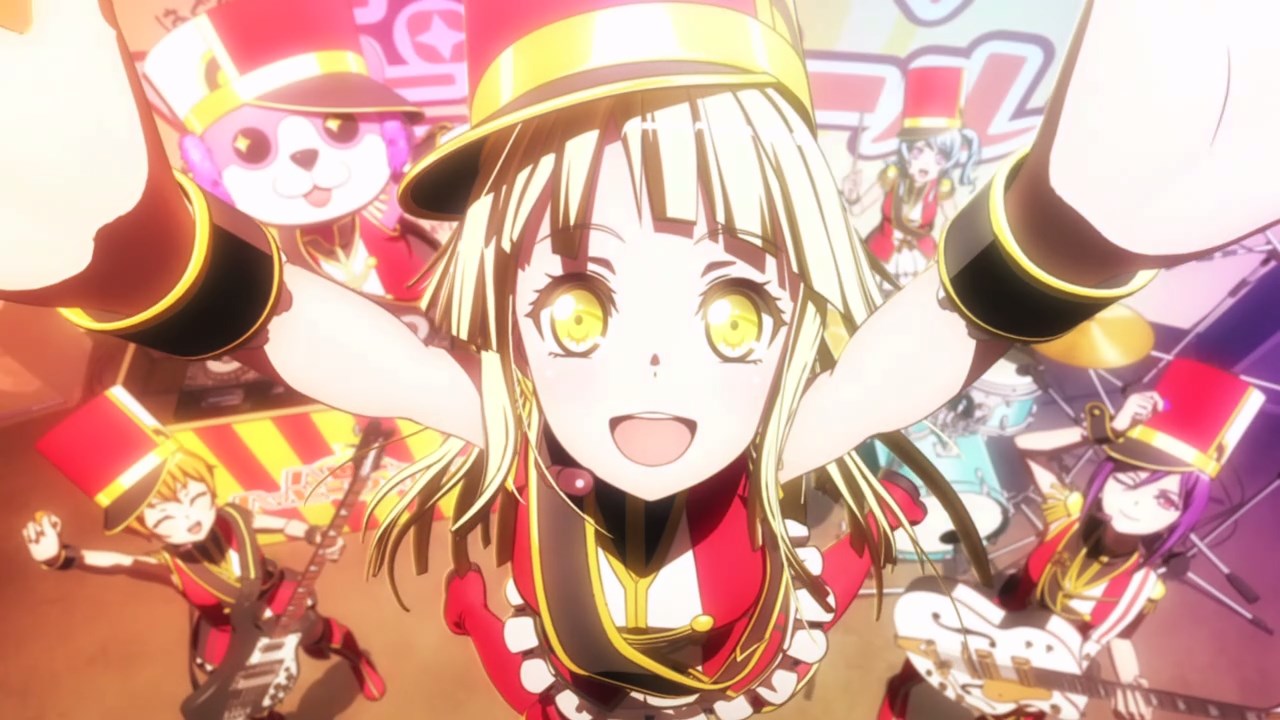 Anyways, let’s start the concert with Happy, Happy World! with their new song “Egao Sing A Song”. Of course, it is right after Poppin’ Party performed “Returns” as the opening act. 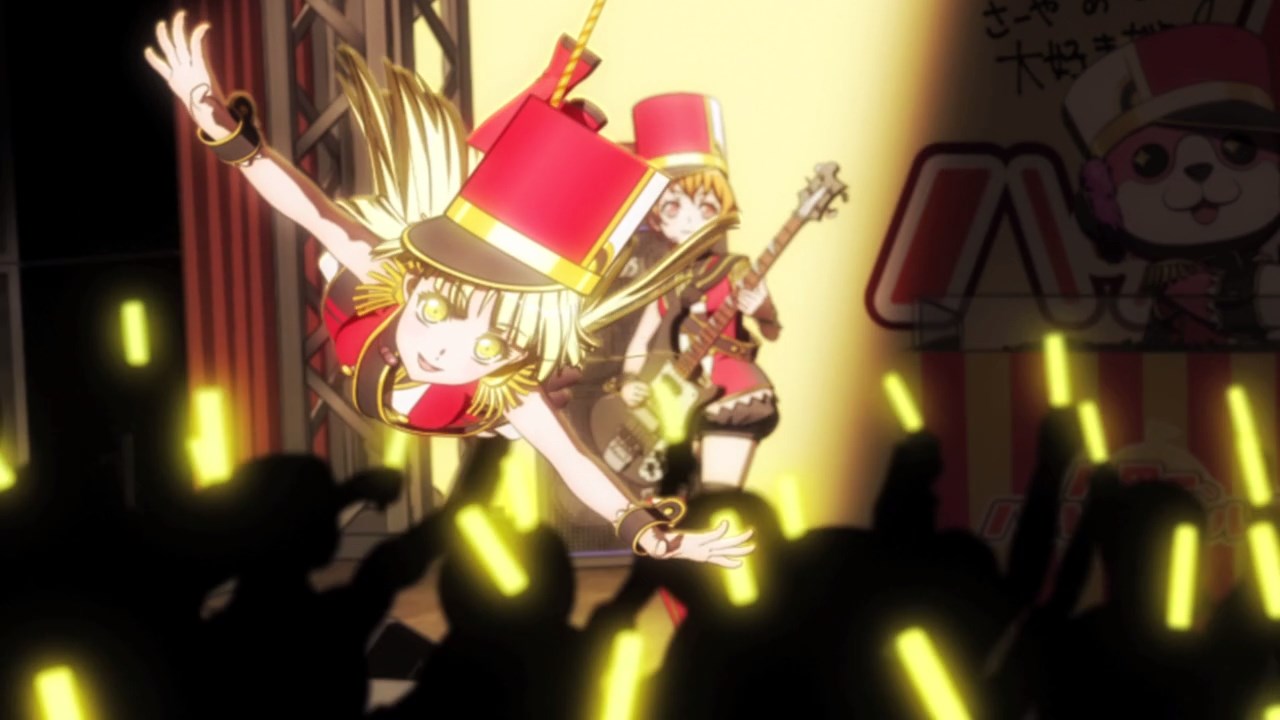 In any case, Happy, Happy World! is still wackier as ever, with Kokoro Tsurumaki flying to the stage while Misa- I mean Michelle is pulling the strings. 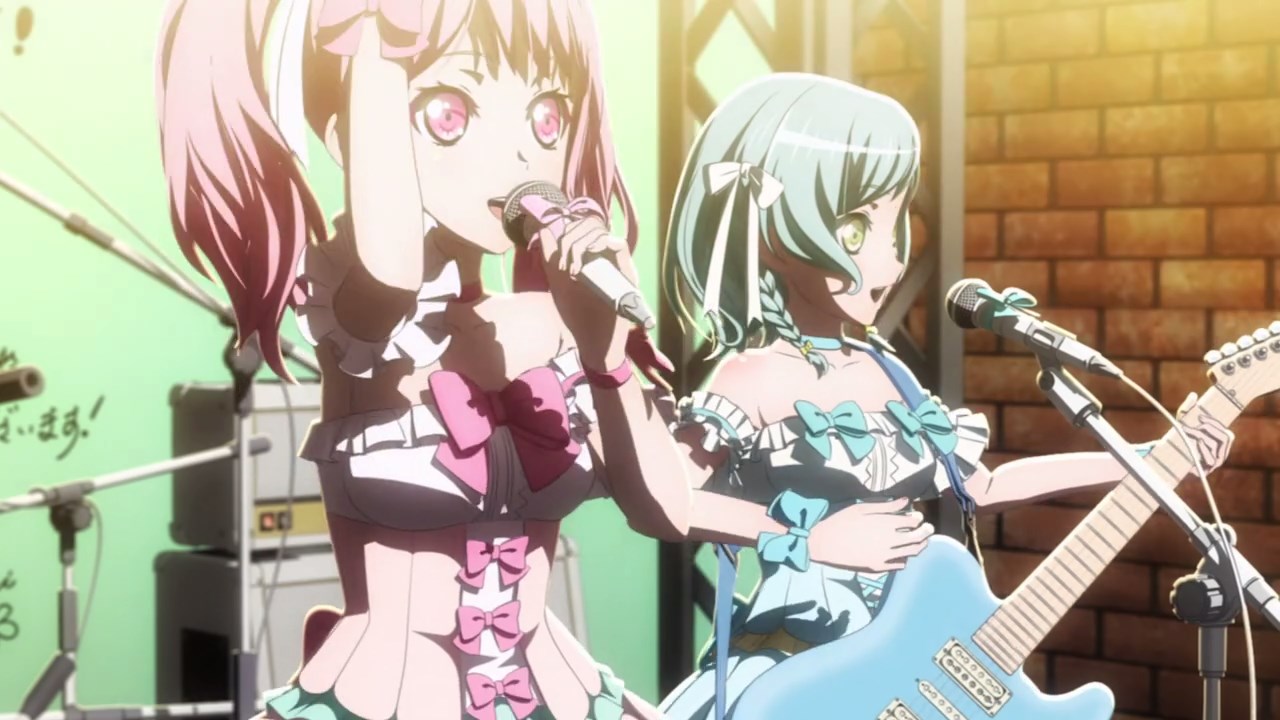 Next up is Pastel*Palettes where Aya Maruyama and the rest performed their new song “Kyu~mai*flower”. As always, their cutesy performance is a great follow-up to the wacky antics of Happy, Happy World! 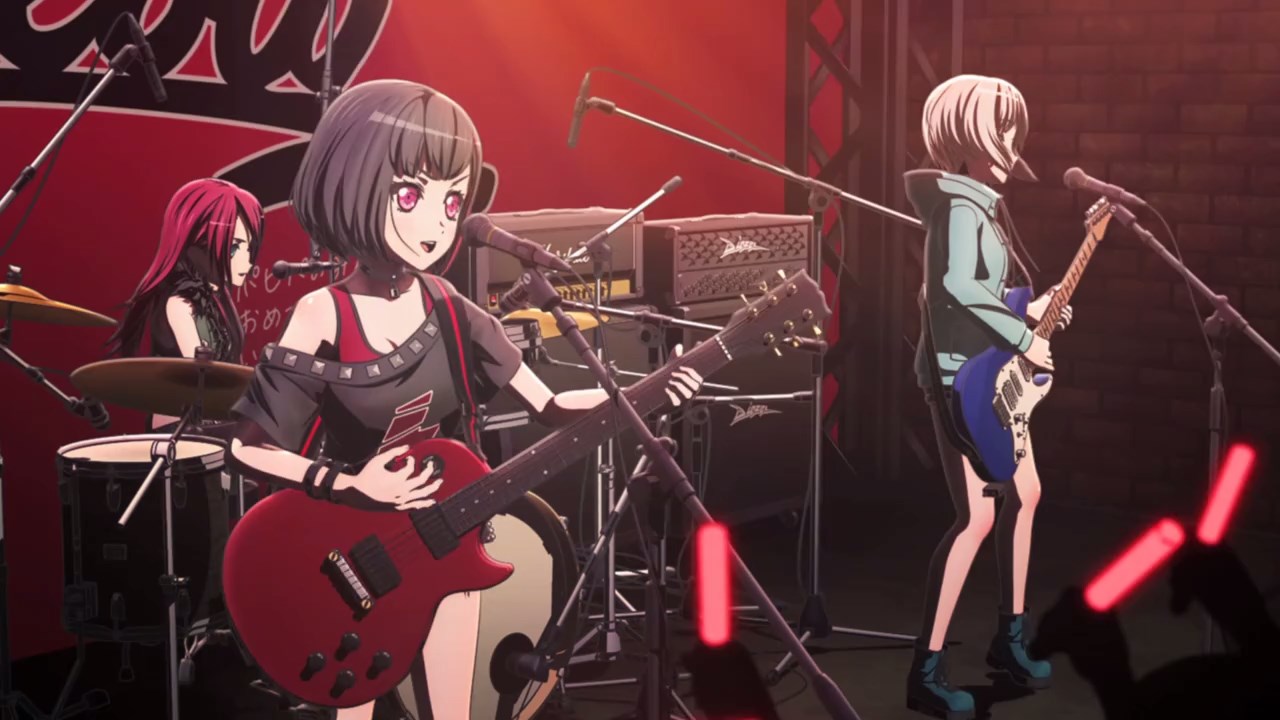 Now it’s time for something serious with Afterglow performing their new song “ON YOUR MARK”. At this point, they’re performing new songs instead of old ones. 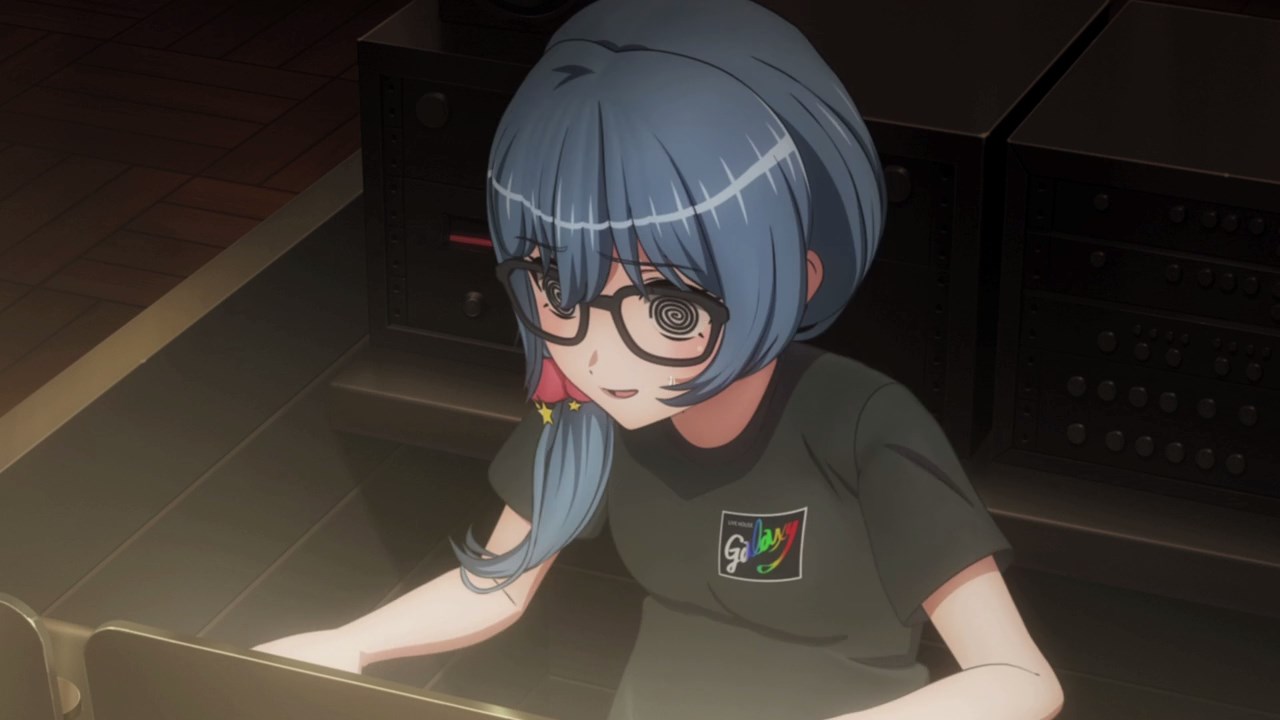 Even Rokka Asahi is getting confused that the setlist for each band is messed-up. Hey Rokka, hang in there because there’s two more bands to perform! 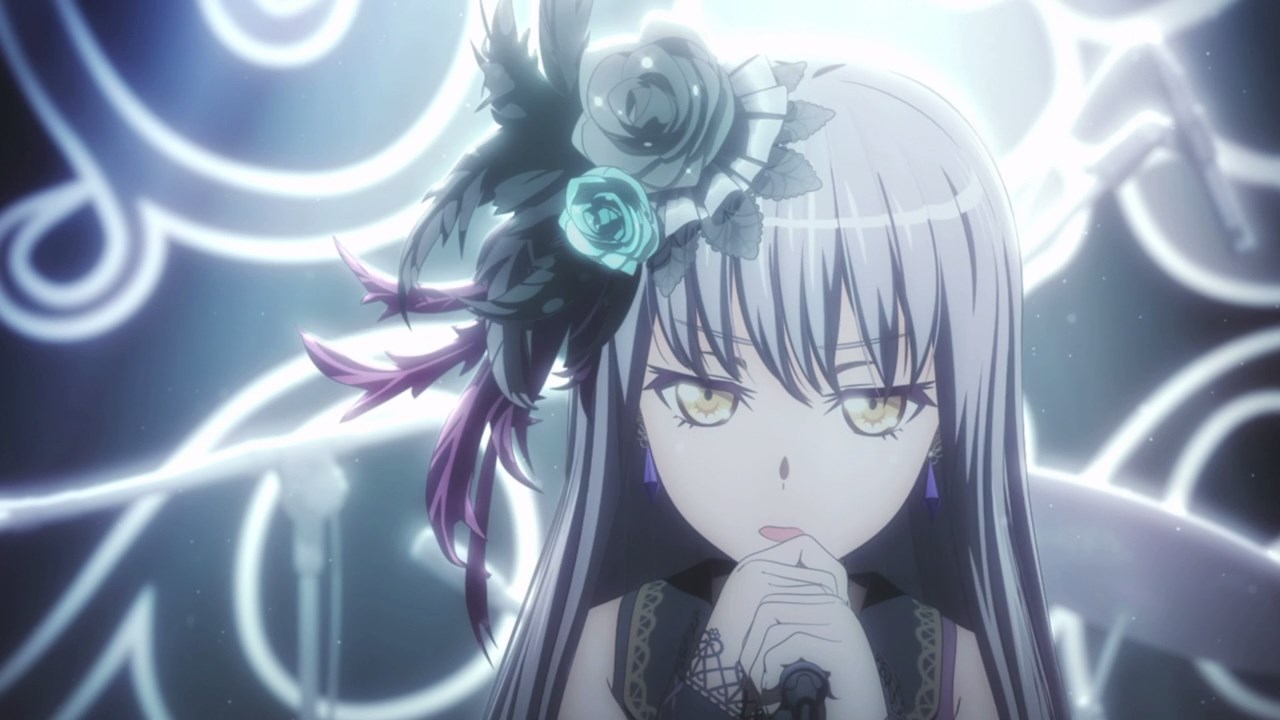 Moving onto Roselia where they performed their new song “FIRE BIRD”. It start out slow when Yukina Minato’s slow-paced solo sent chills down to your spine. 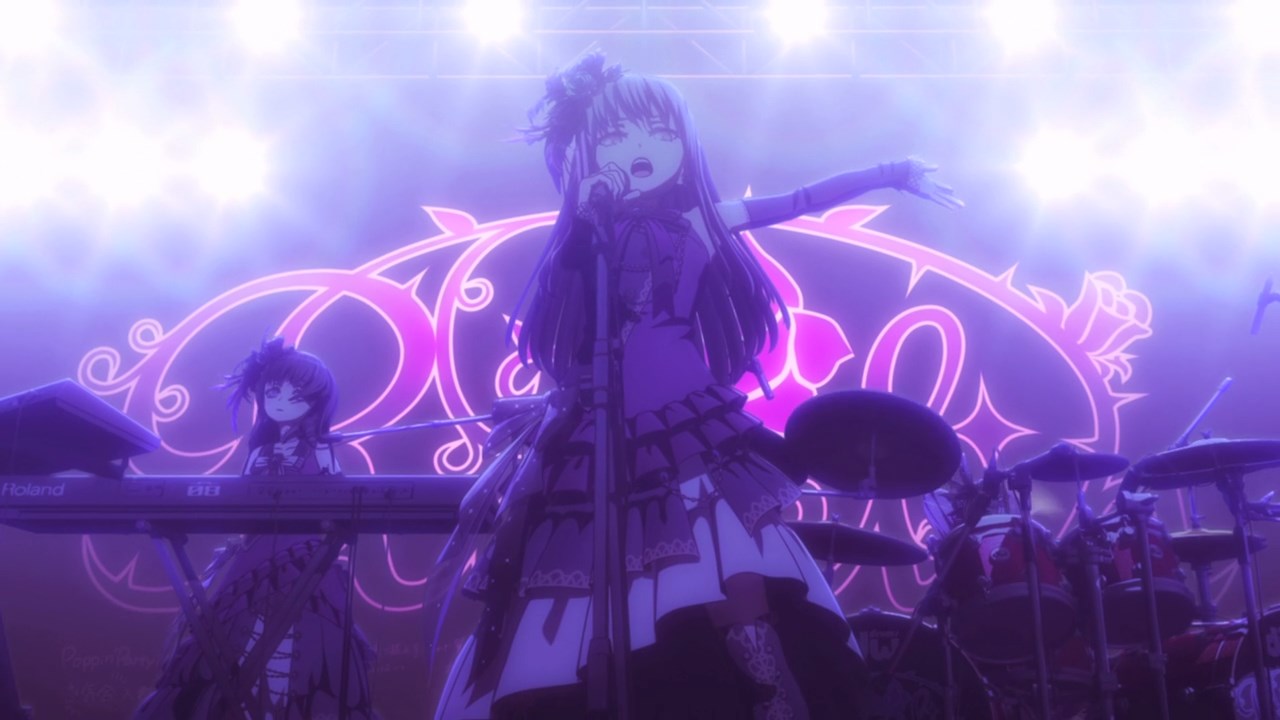 But once she’s done with her solo, the song pick up the pace where it’s sounded like heavy metal. Well, they sure lived to their name as the hypest girl band ever! 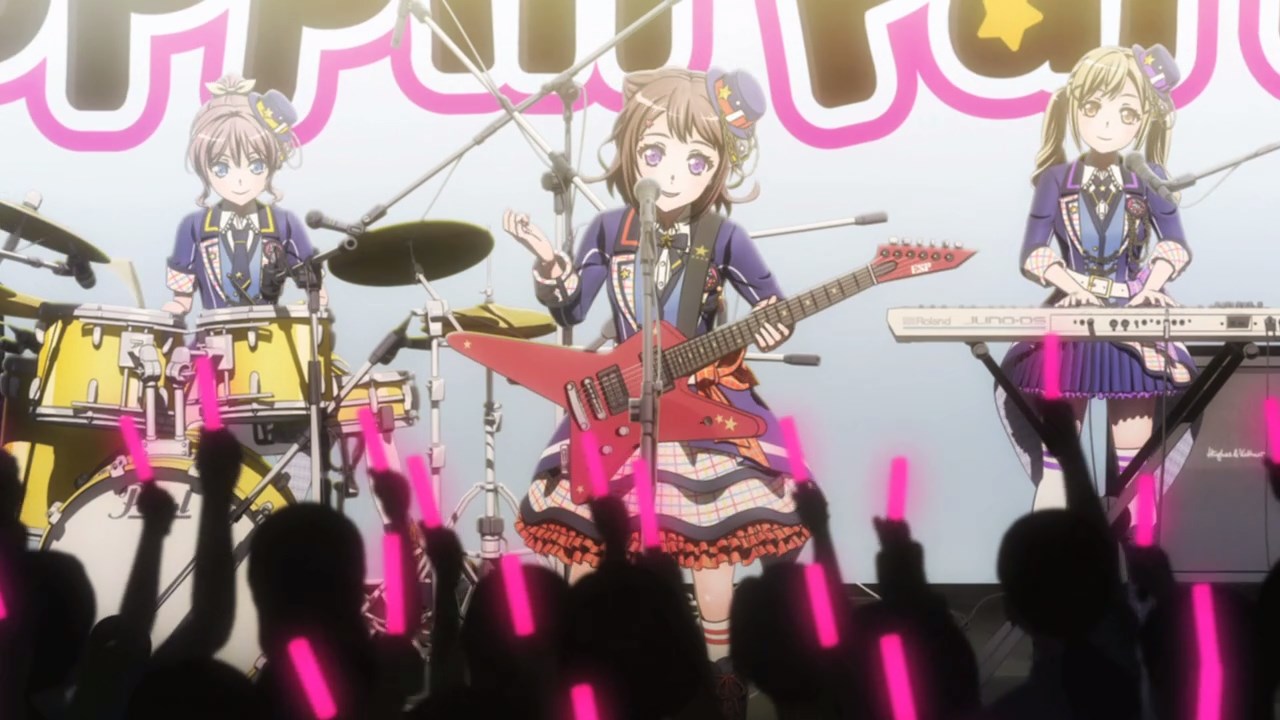 And now, it’s time to end this concert as Poppin’ Party has returned to performed their new song titled “Dreamers Go!”. Aside from “Returns”, this song is awesome! 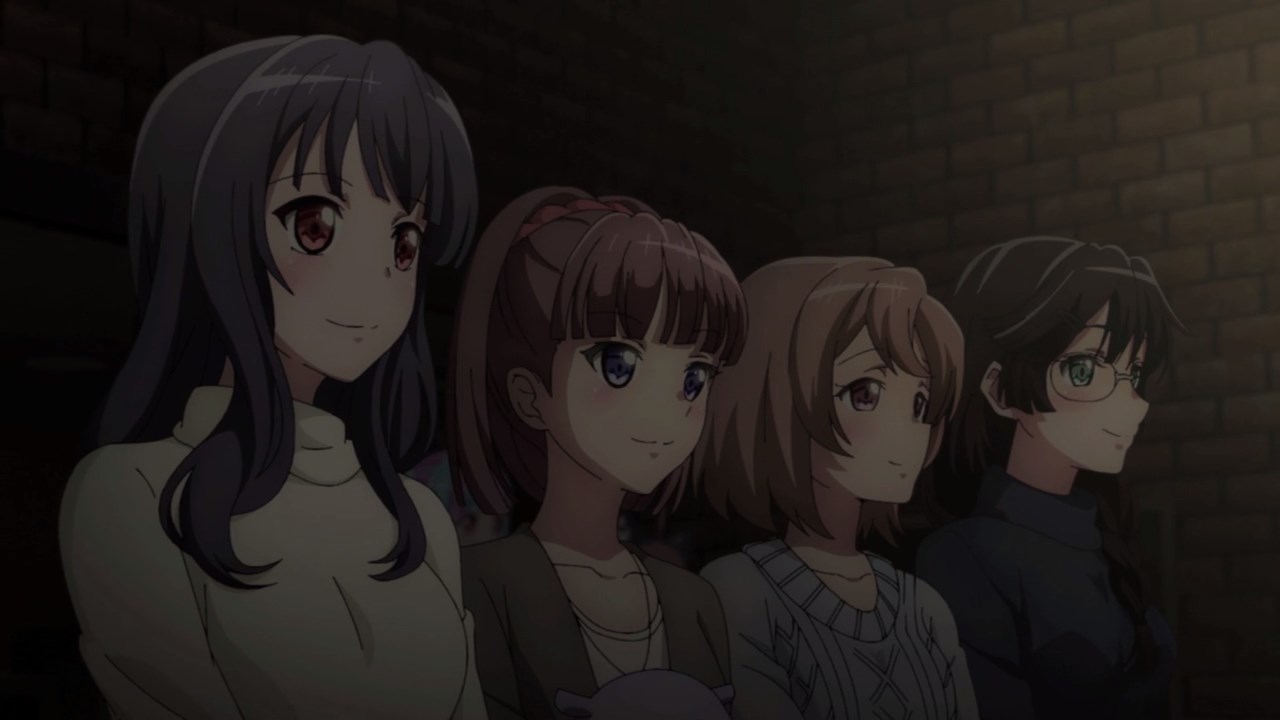 Oh look, it’s Glitter☆Green as they finally here to watch Poppin’ Party after missing it out during the joint school festival. Well, there’s no denying that they love PoPiPa’s performance. 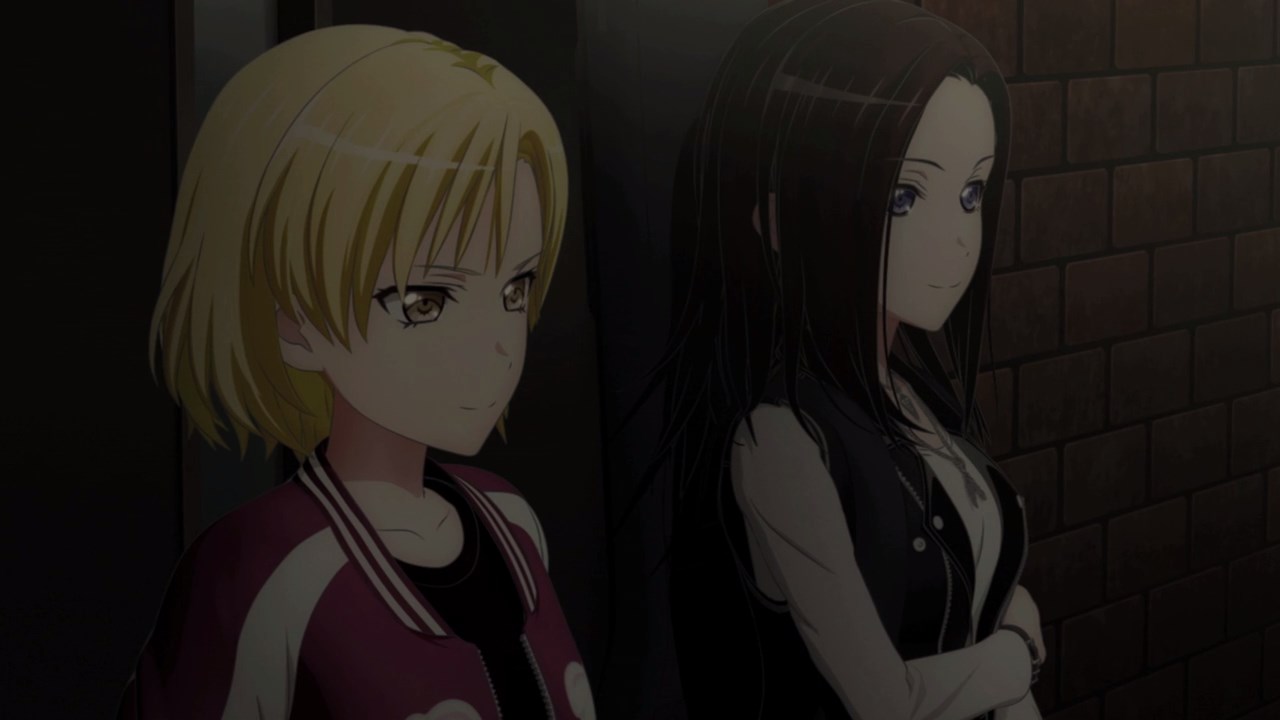 Oh and it’s not just Glitter☆Green, but also RAISE A SUILEN where not only Masking and Layer are here to see it… 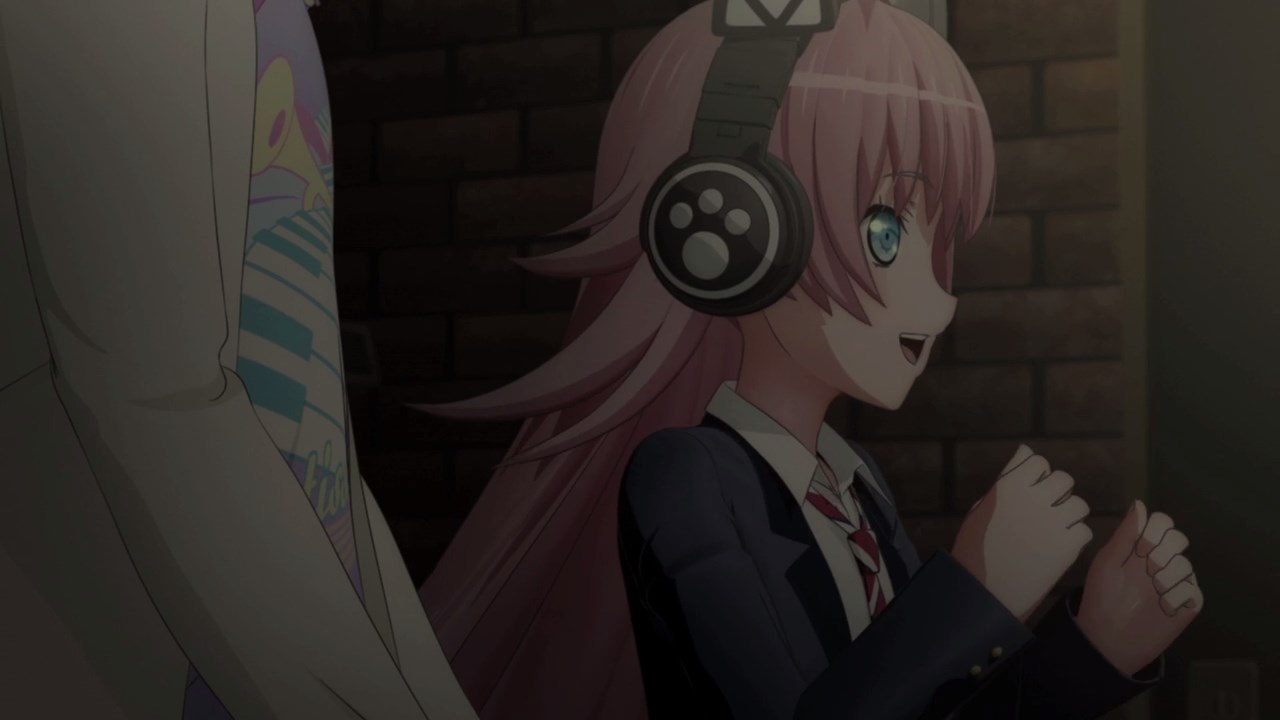 …but also Pareo and Chu2 where the latter is enjoying. Aww, seems that she’s pumped up instead of shrugging it off as amateurish. 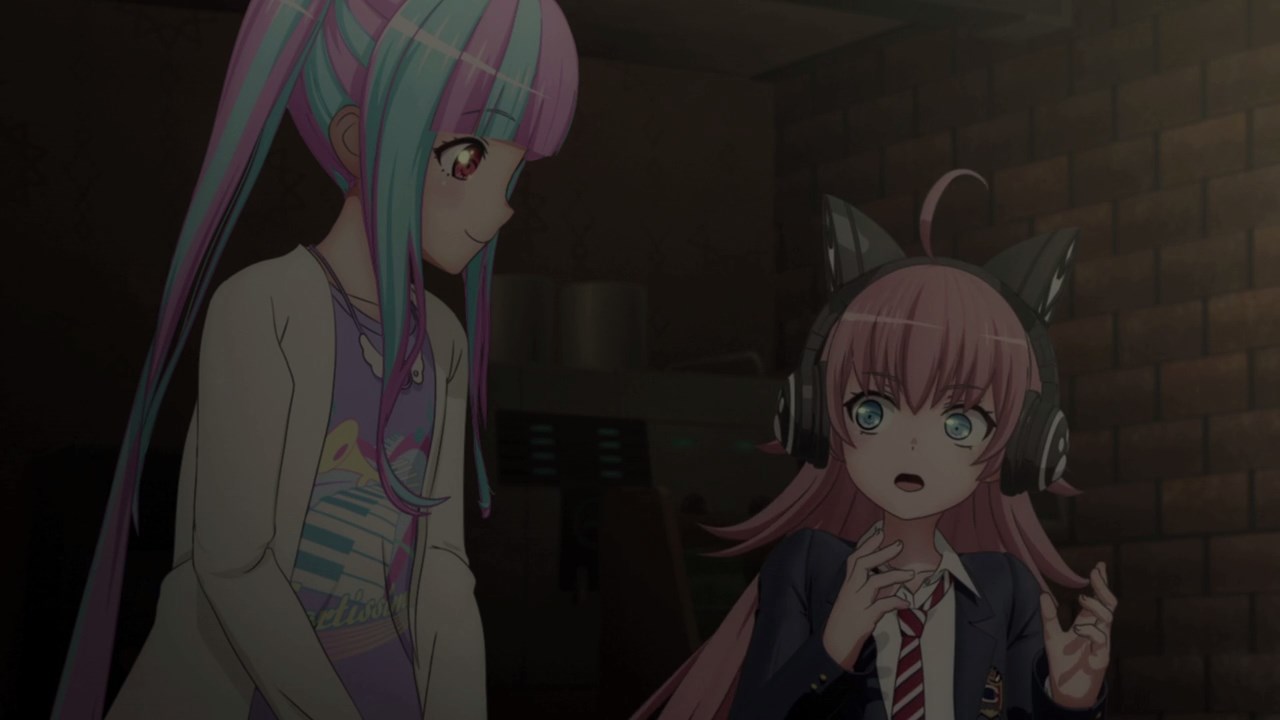 Then again, Chu2 is flat-out denying it. Really Chu2, after your attempts to get Tae Hanazono, you end up becoming a fan of PoPiPa! 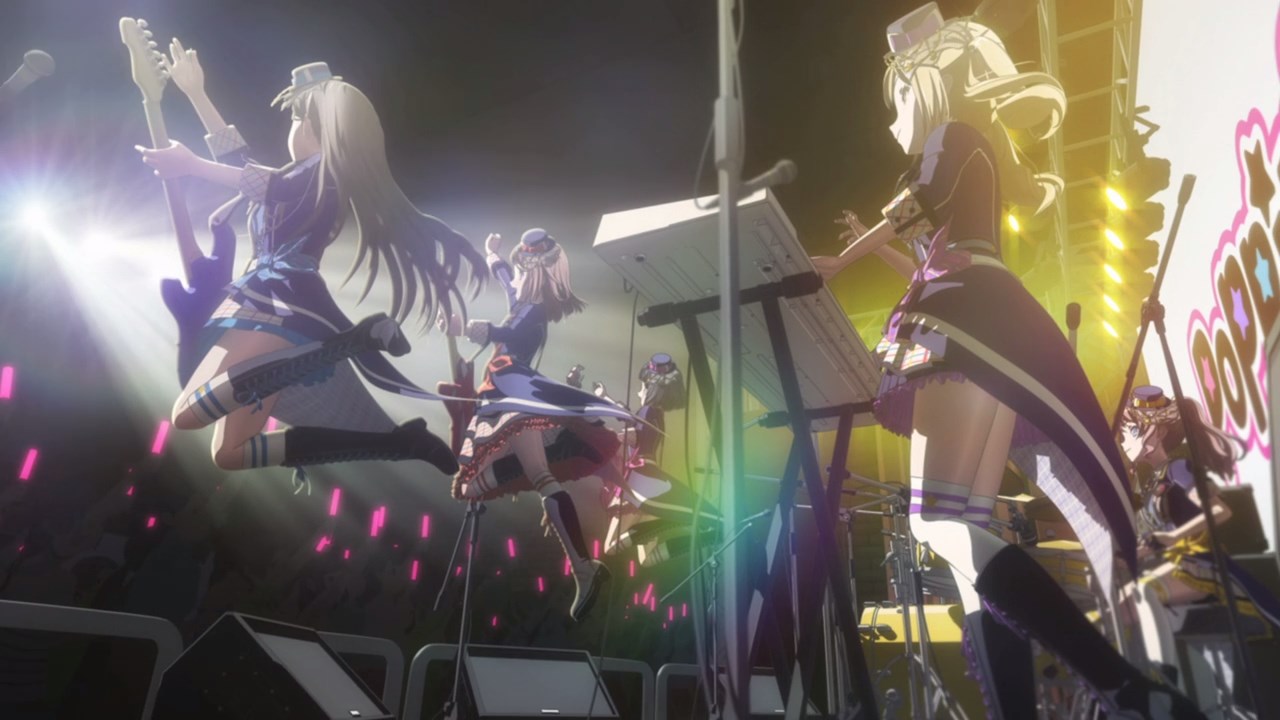 Anyways, Poppin’ Party’s self-sponsored concert was a success and it’s all thanks to Kasumi Toyama and her friends on working together in order to make it a reality.

Sadly, Chu2 didn’t recruit Rokka Asahi in the end because as of this moment, RAISE A SUILEN still doesn’t have a guitarist. Of course, it’ll happen in the next season, but that would take for next year instead of October 2019 as BanG Dream! will have a movie coming up in September!

In any case, I enjoyed watching the 2nd season of BanG Dream! and while the animation has changed to CGI, it was a great improvement over the first. Sure that there are more girl bands featured like Afterglow, Roselia, and even Happy, Happy World!, it’s all about Poppin’ Party and their rise of popularity. Then again, my only complaint was that Chu2 is annoying, but the rest of RAISE A SUILEN are fine.

With that said, it’s time to say goodbye to Poppin’ Party for now as I’ll see them again next year!