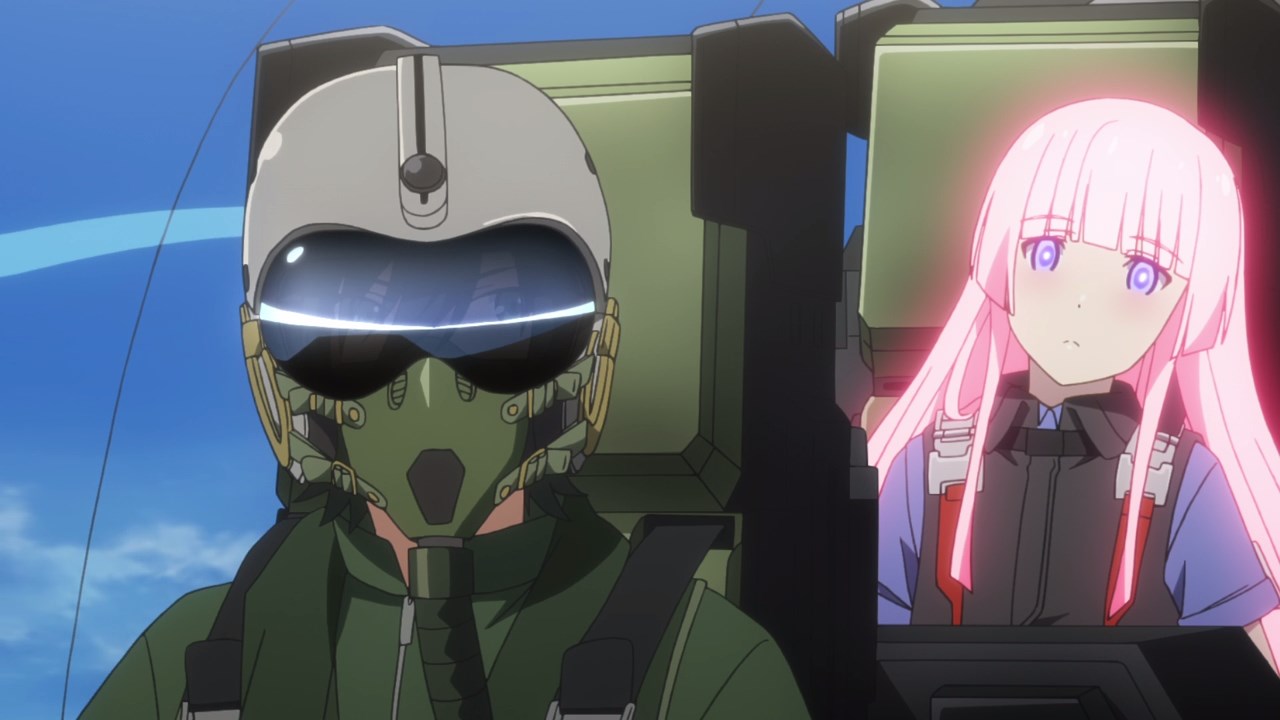 It is time for the major operation to retake China has finally commenced as the JASDF’s Independent Mixed Test Unit and the United States Navy will participate in this crucial operation. 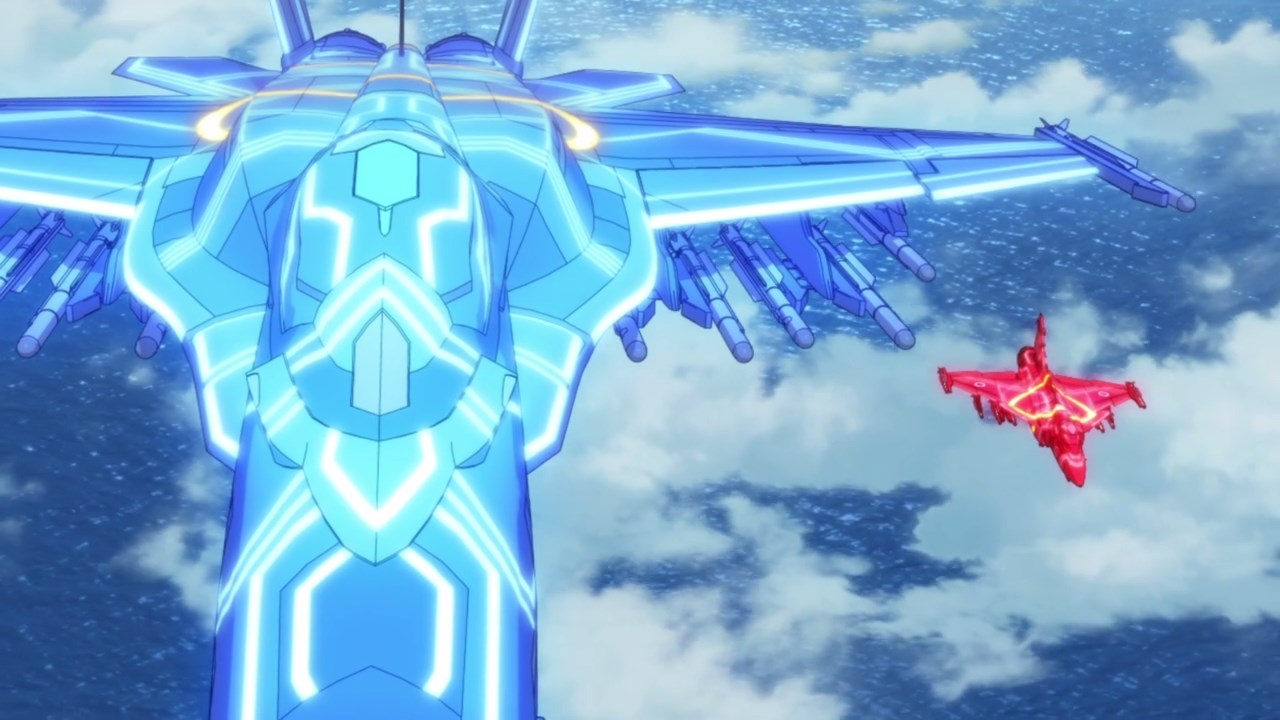 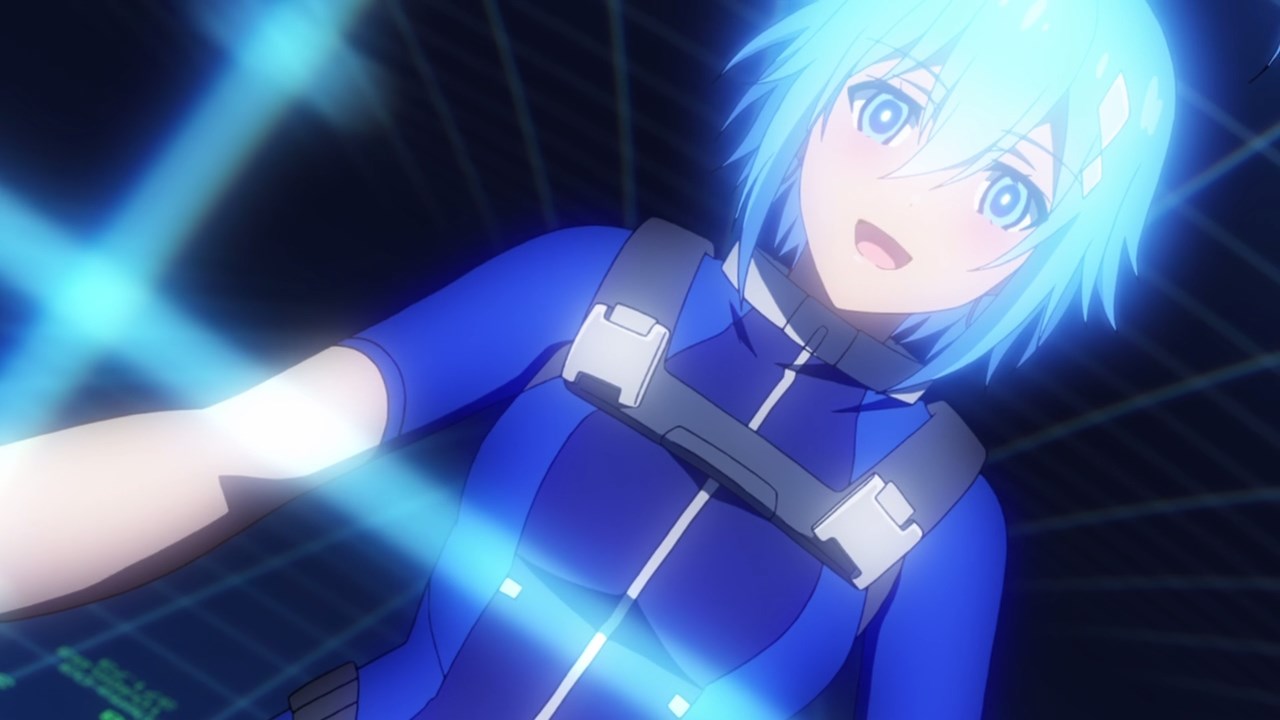 Also, here’s the F/A-18E-ANM Rhino daughter plane in action as she’ll be joining the Independent Mixed Test Unit to provide air superiority to the battlefield. With that said, looks like they’re ready to take out the Xi and reclaim China! 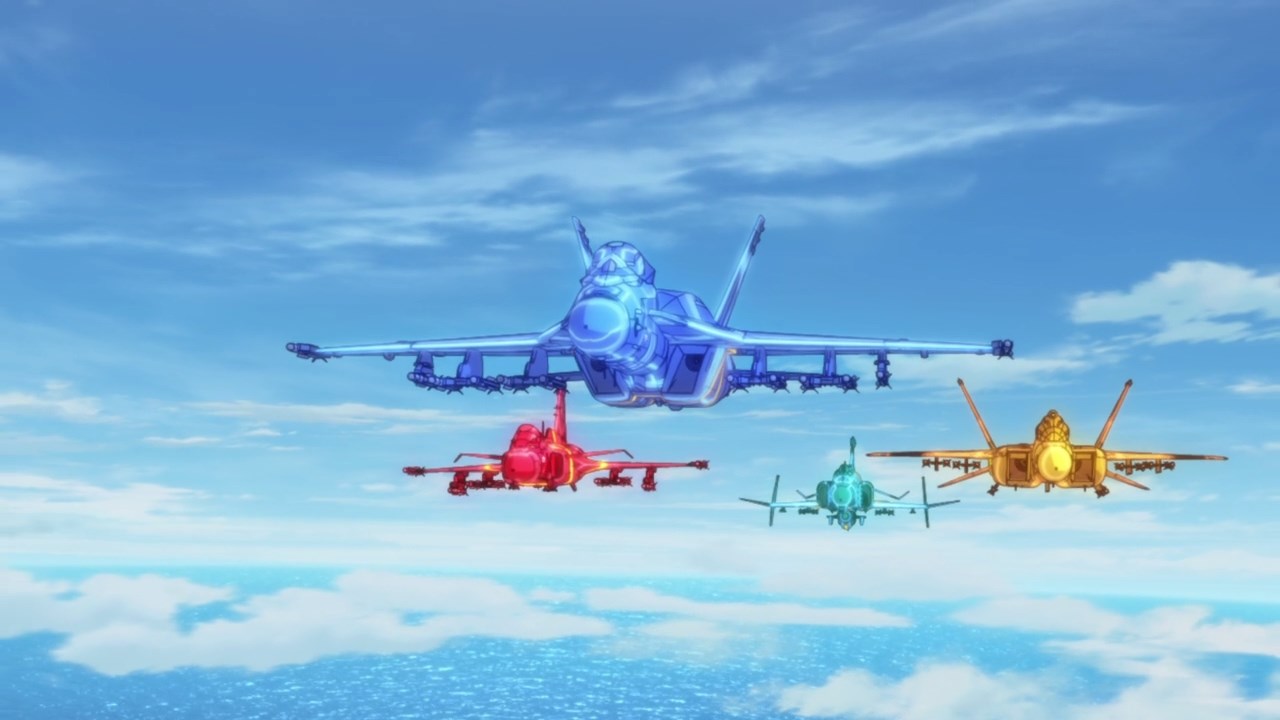 And thus, the daughters engage with the enemy and destroy them so that the main US forces will begin their offensive… 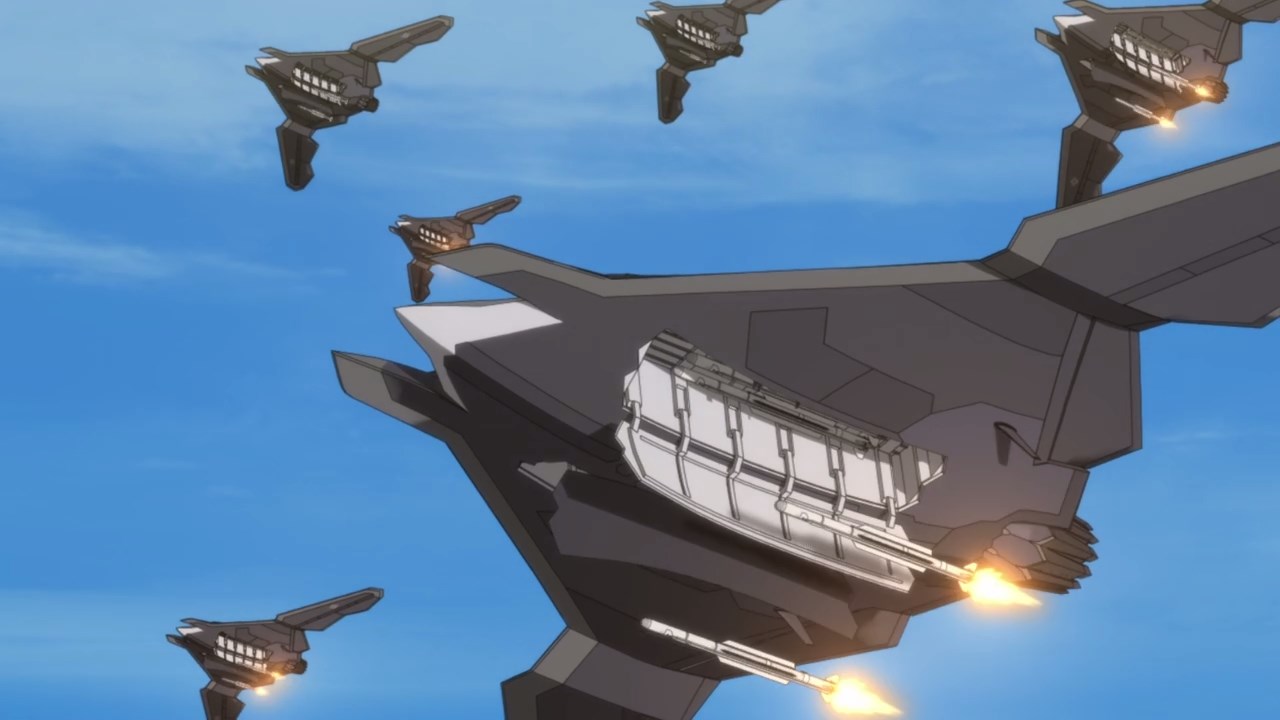 …using a squadron of FQ-150A Brawler unmanned planes, which they unload their missiles towards the Xi. 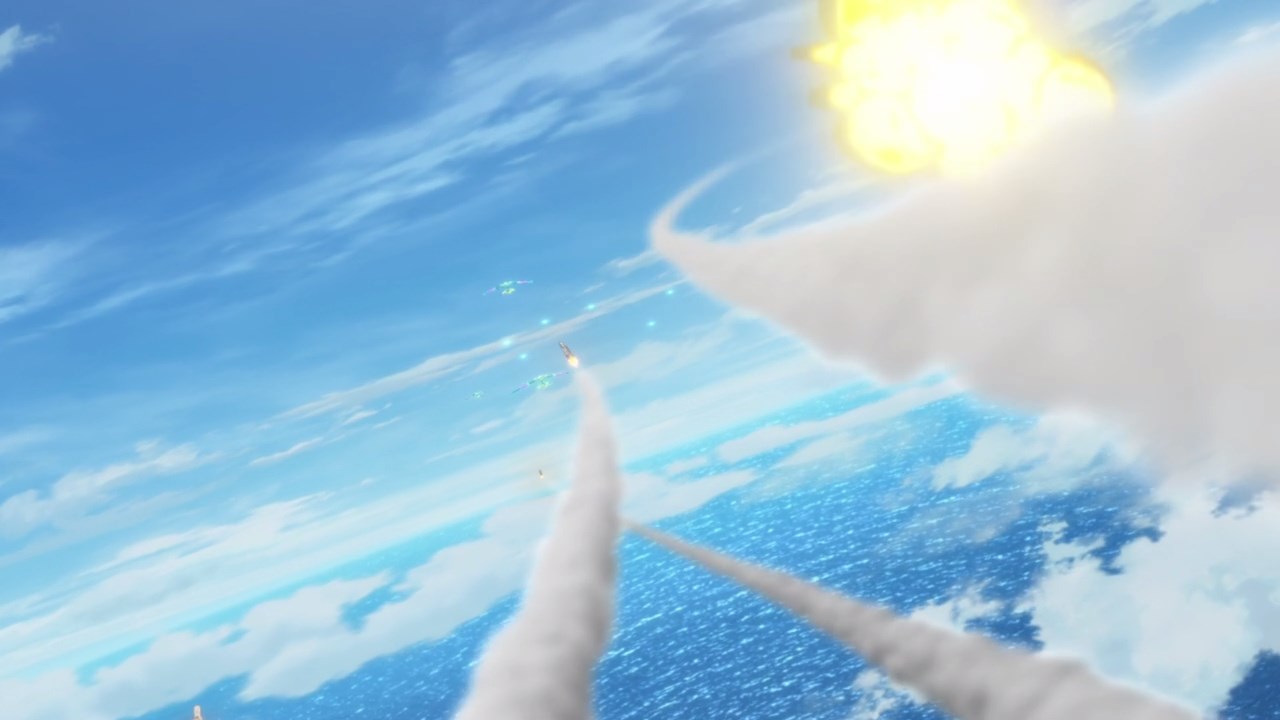 So far, the operation has gone smoothly where the daughters are moving closer to the mainland, all while the Brawler unmanned planes are taking care of the Xi. 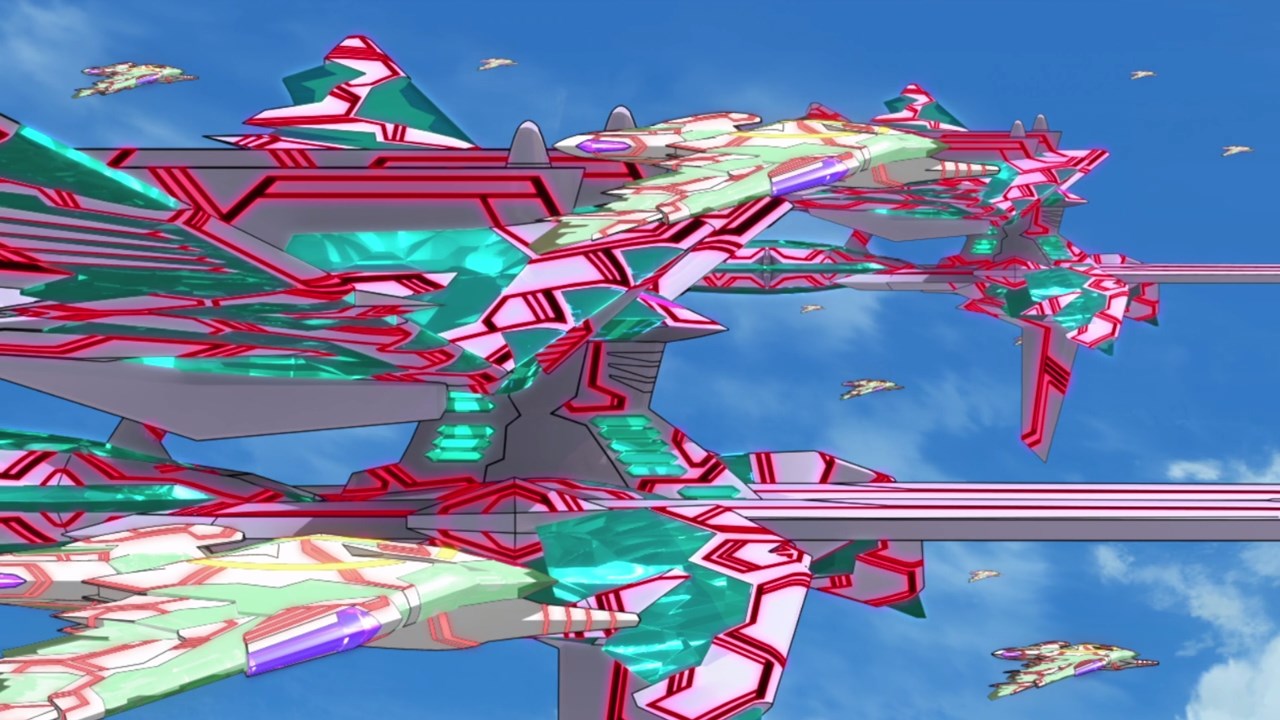 However, it appears that the operation has shifted when the Xi launched two large bombers that carries small fighter planes. Think of it as an airborne aircraft carrier, but it has more than just carrying small fighters. 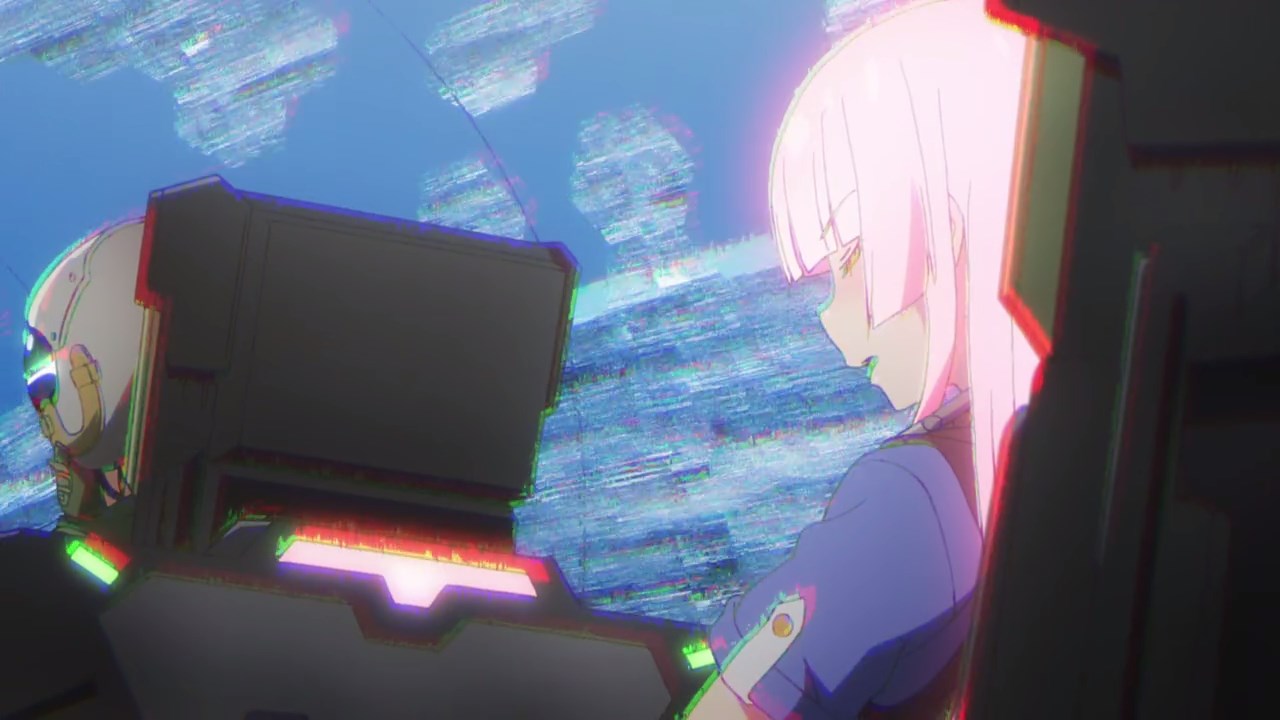 In fact, those two Xi carriers have stronger EPCM which disrupts the daughter’s radar functions as well as the controls. Good thing Gripen managed to counter-attack it. 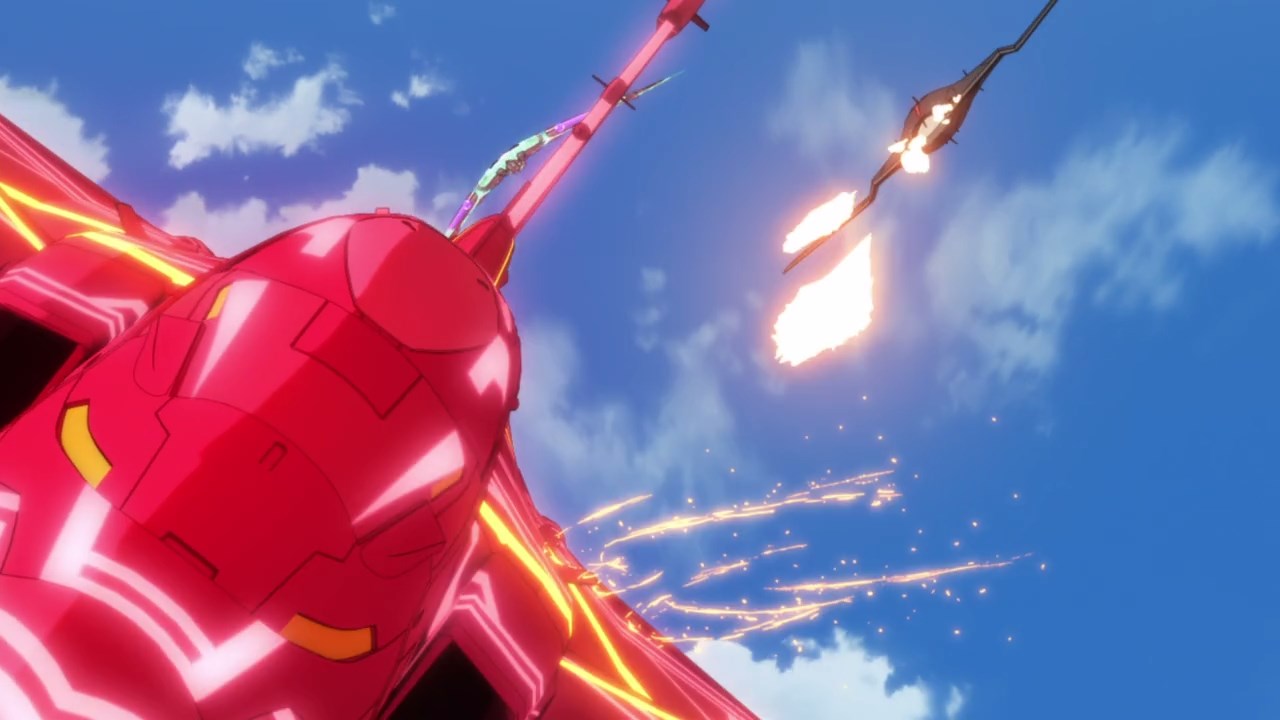 Unfortunately, this strong EPCM has severely affected the Brawler unmanned planes as it’s now being controlled by the Xi.

At this point, this operation is a failure as the daughters will have to retreat. But for Kei Narutani and Gripen however, they don’t have a way out of this onslaught. 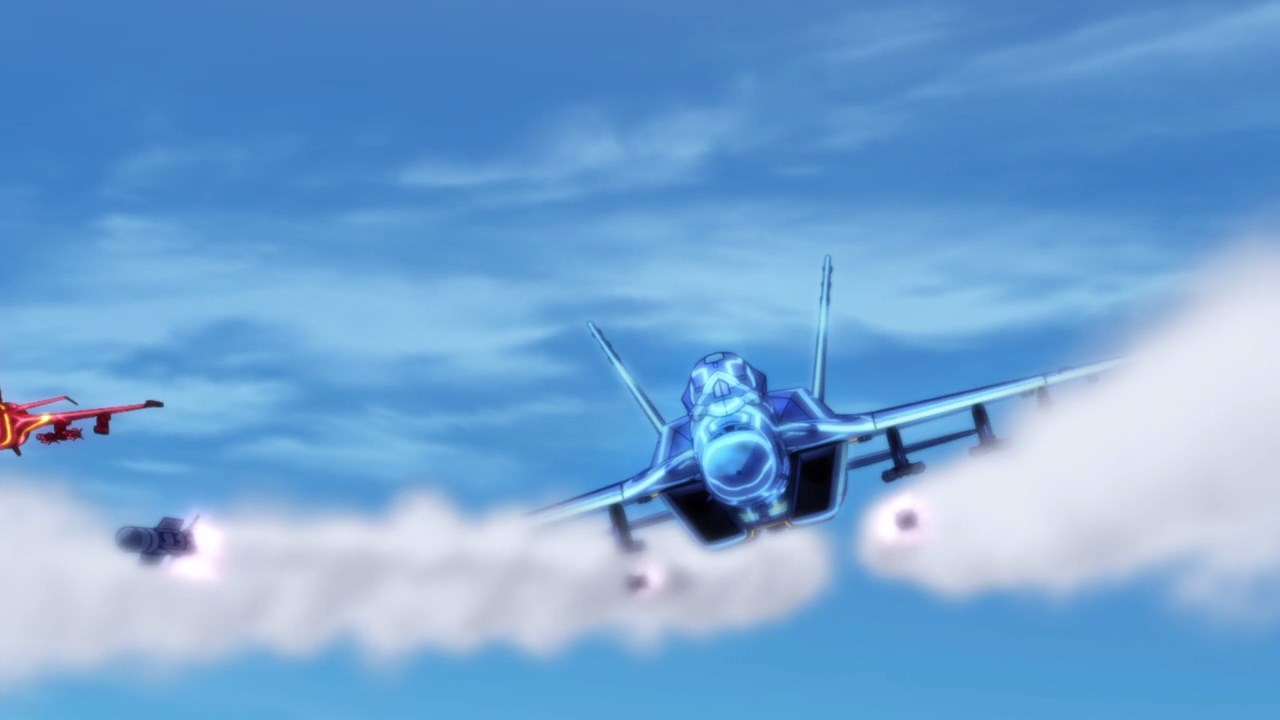 Luckily, Rhino is here to rescue them as she unloads her salvo of missiles towards the Brawler fighters and the Xi. 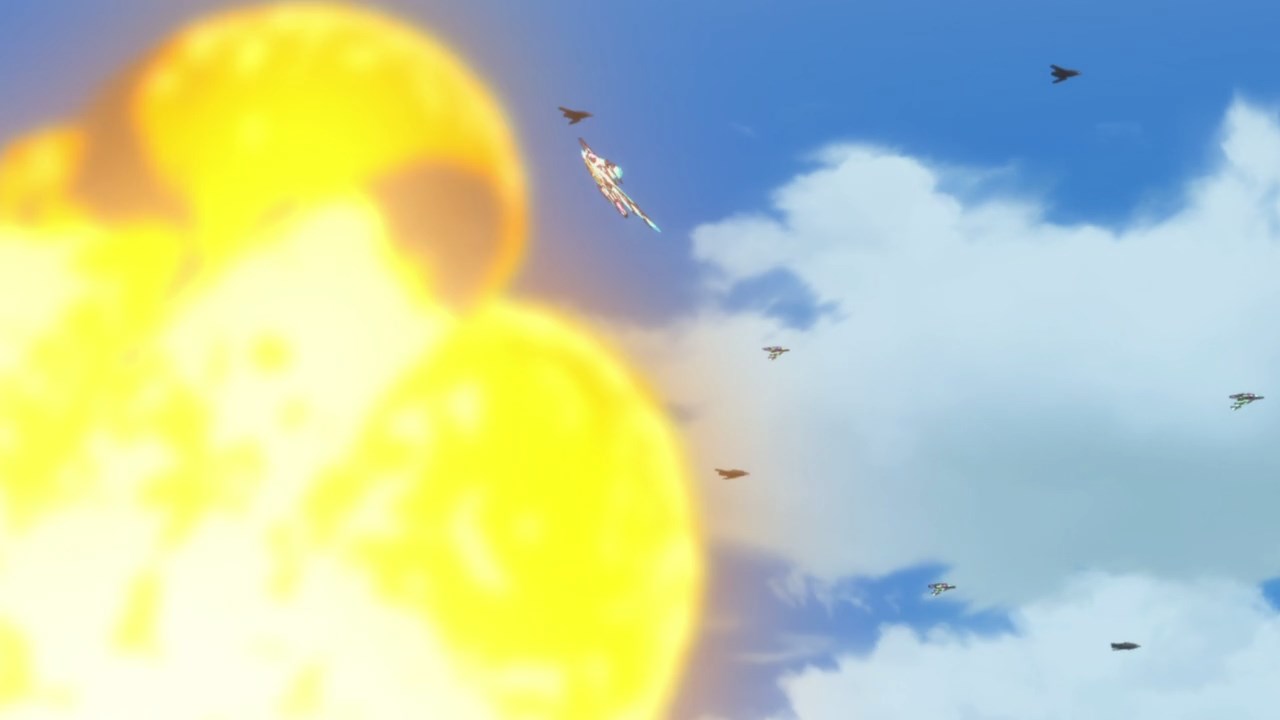 And while she managed to rescue both Kei and Gripen, they don’t have enough fuel to return to their aircraft carrier. 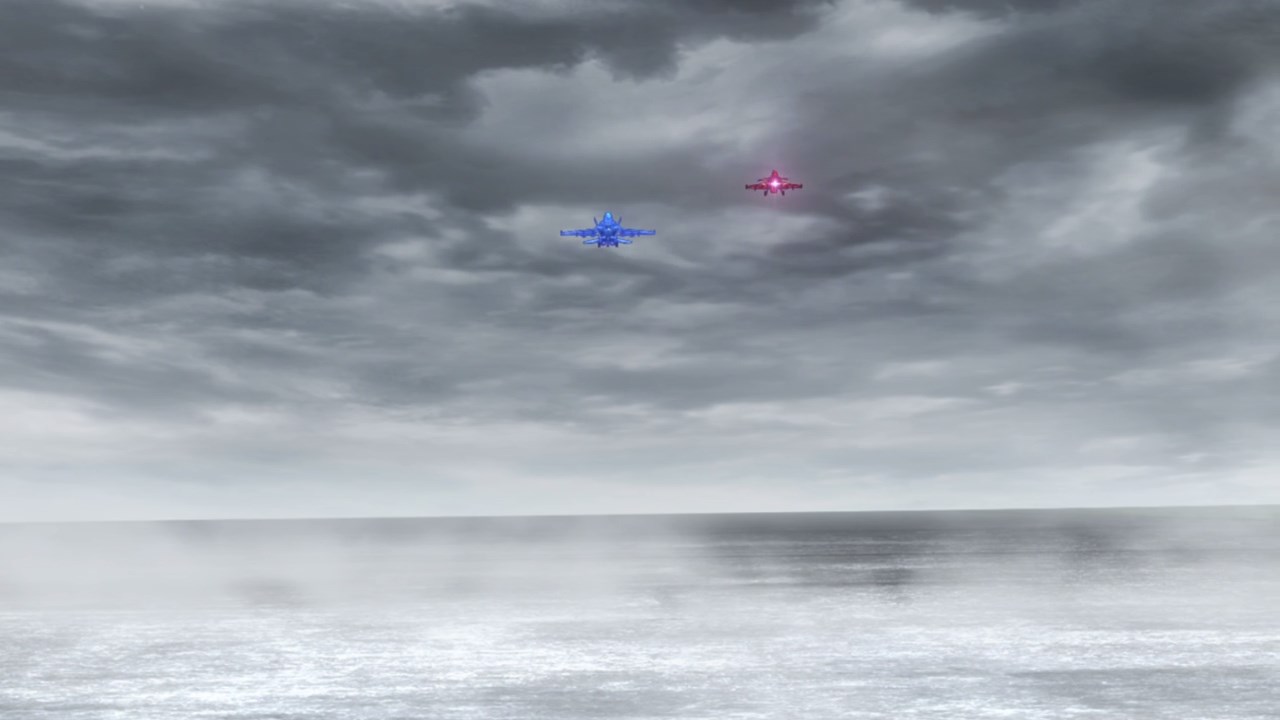 So, they decided to land at the Shanghai Pudong International Airport since they don’t have a choice.

Well, seems that Kei has finally returned to the place where he grew up together with his mother. But since China belongs with the Xi, he’ll have a rude homecoming. 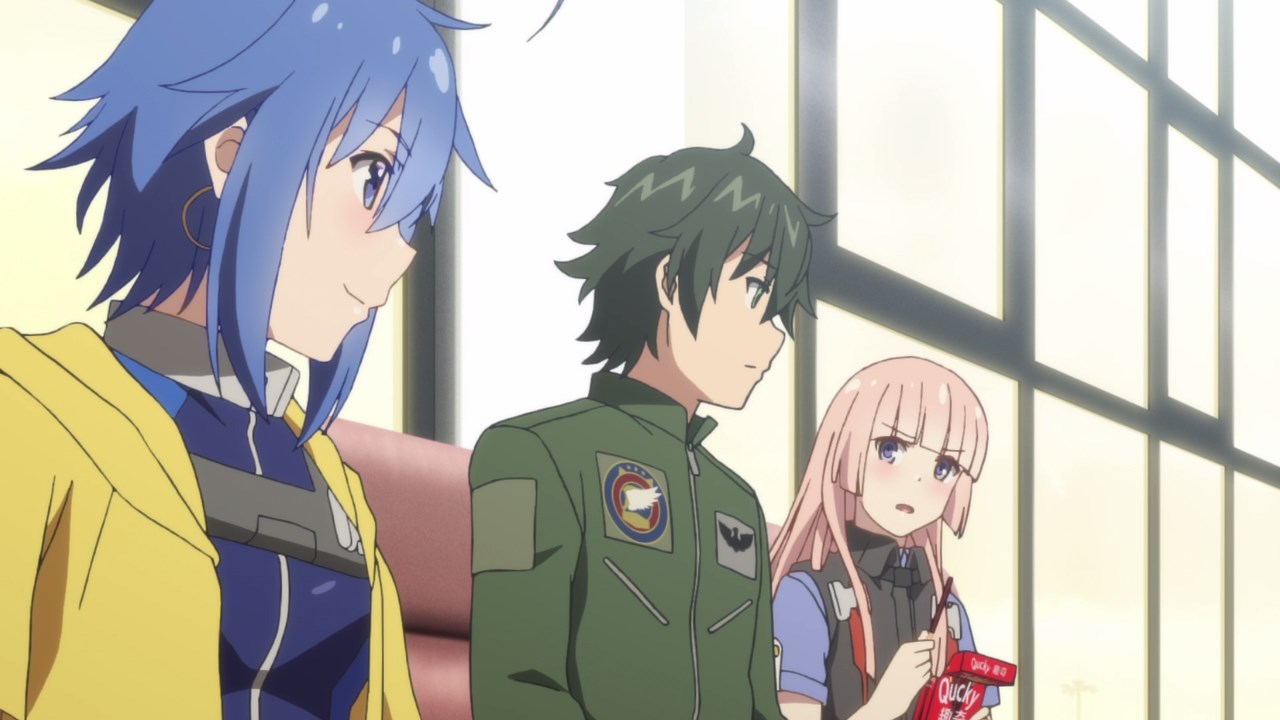 With that said, they finally landed at Shanghai Pudong International Airport where Kei Narutani and the rest are surprised that the airport is still functional, from electricity to water. Not only that, but the airport still has some food to eat.

Still, they need fuel to get back at the CVN-78 USS Gerald R. Ford aircraft carrier as soon as possible. However, the sun is about to go down and finding jet fuel at night is hard. 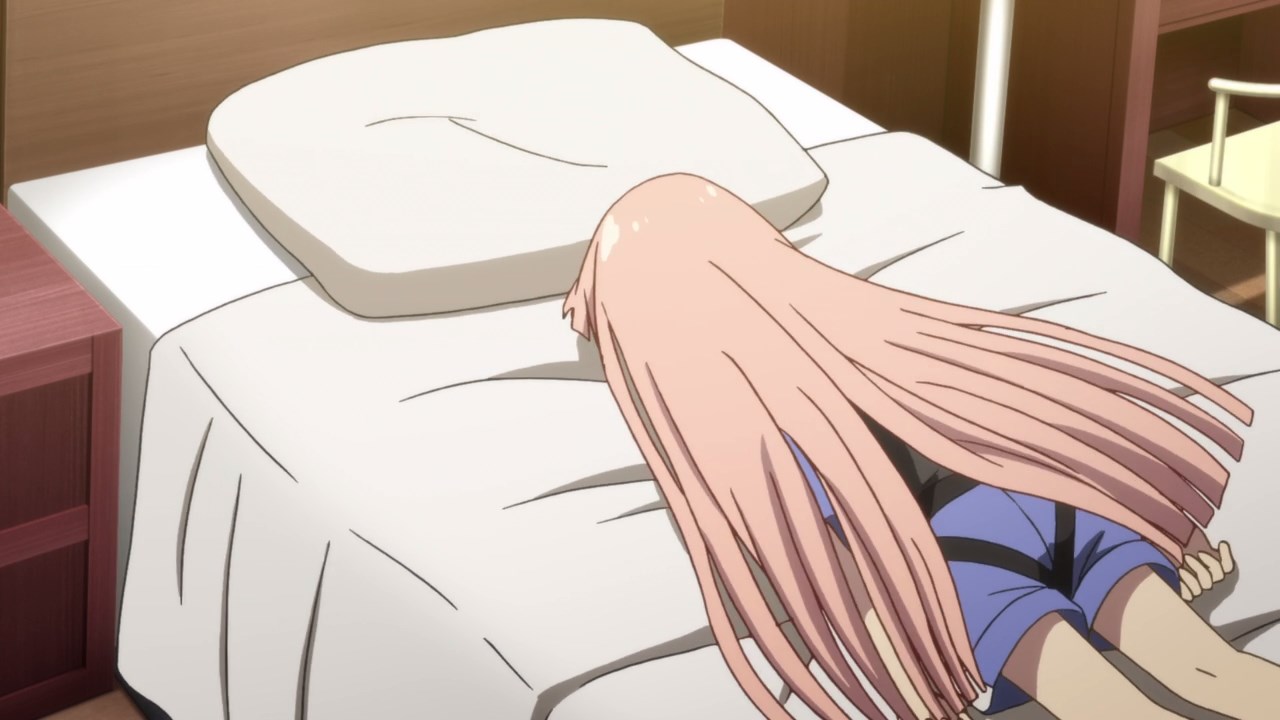 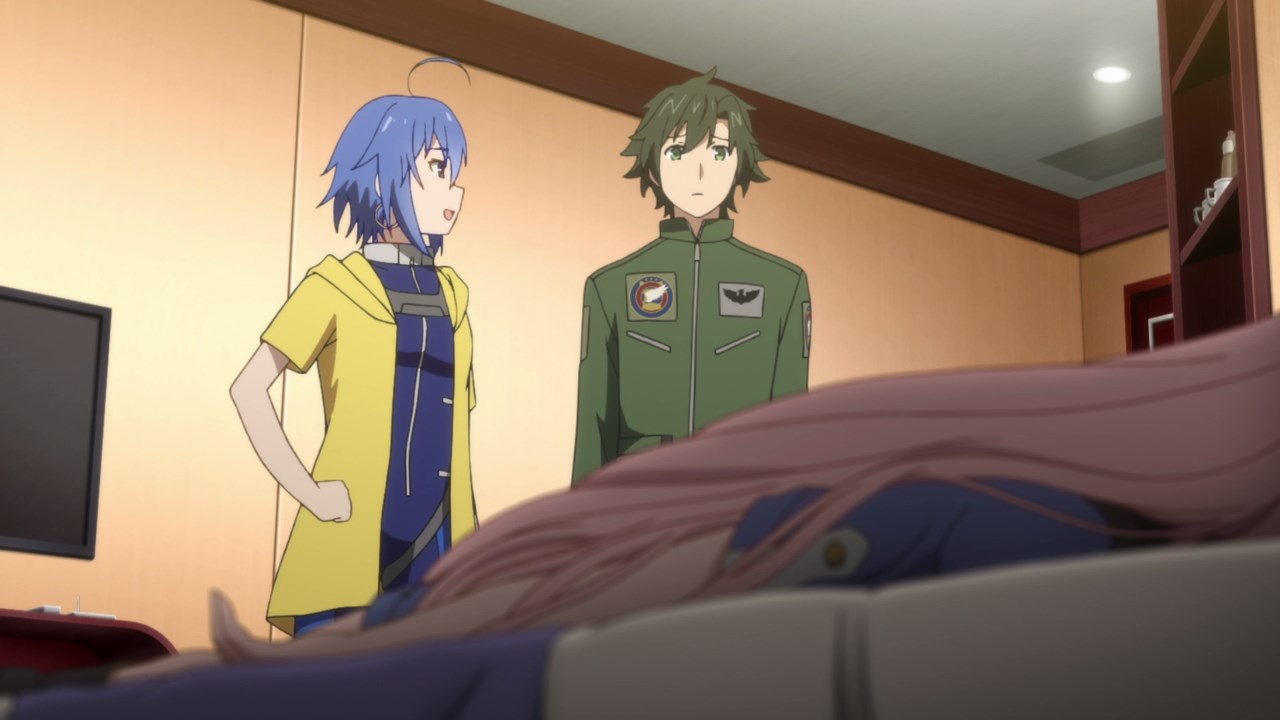 For now, they’ll have to stay at the airport for the time being and really, Kei, Gripen, and Rhino are pretty much tired after a day of fighting. Moreso with Gripen as countering that strong EPCM takes a lot of energy that she passed out. 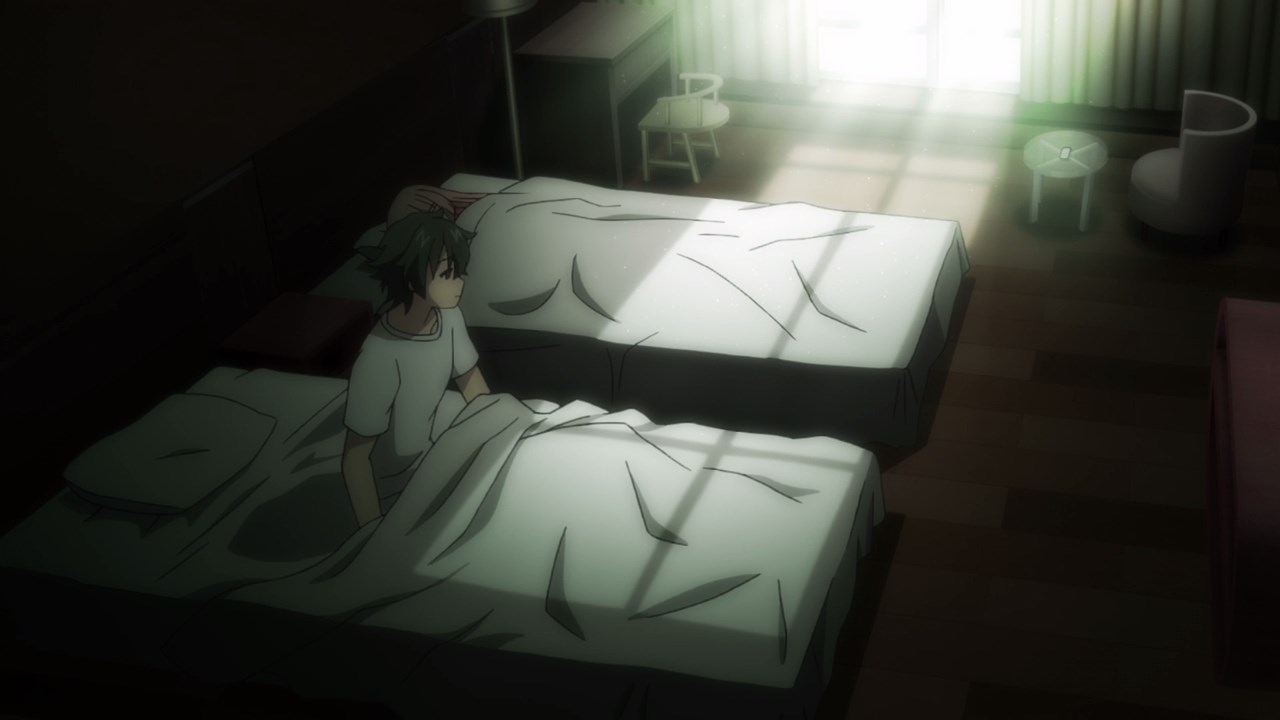 The next day, Kei Narutani got up as he’ll find some jet fuel for the daughter planes. Strangely though, it appears that someone is watching Kei that he decides to find out who’s spying on him and Gripen. 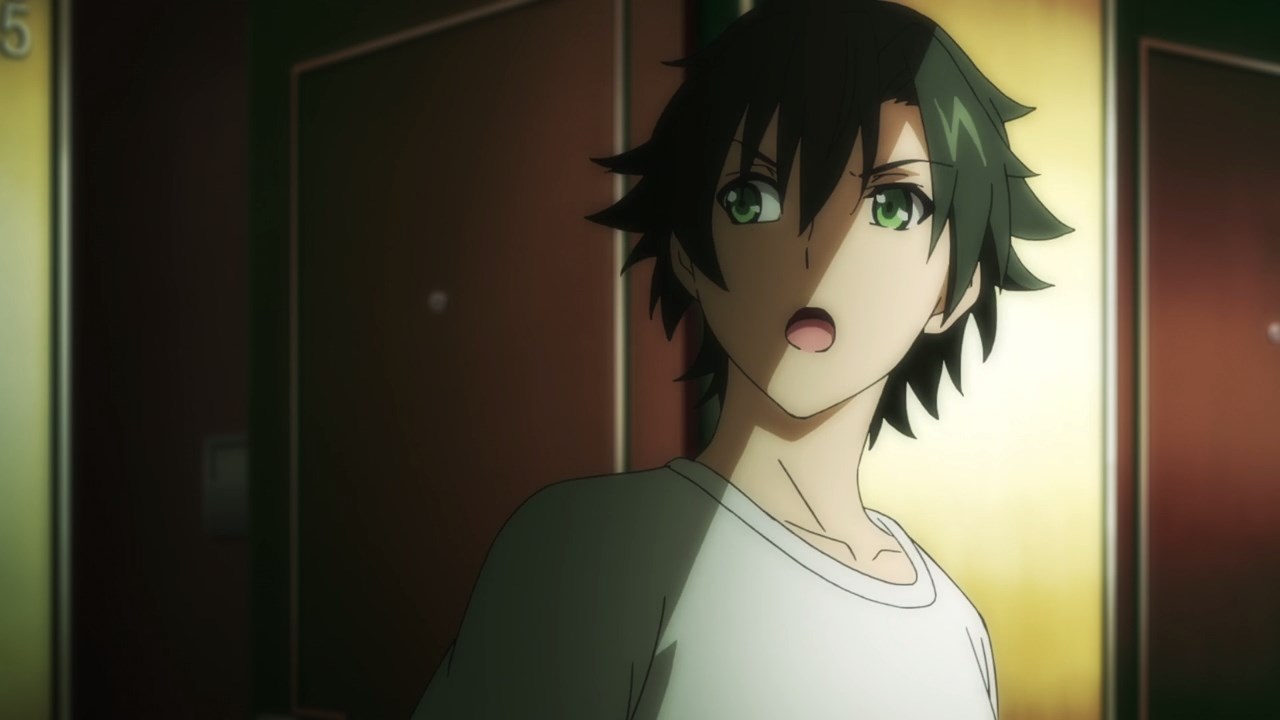 However, what he found out was unexpected because Kei Narutani saw a person outside of his hotel room… 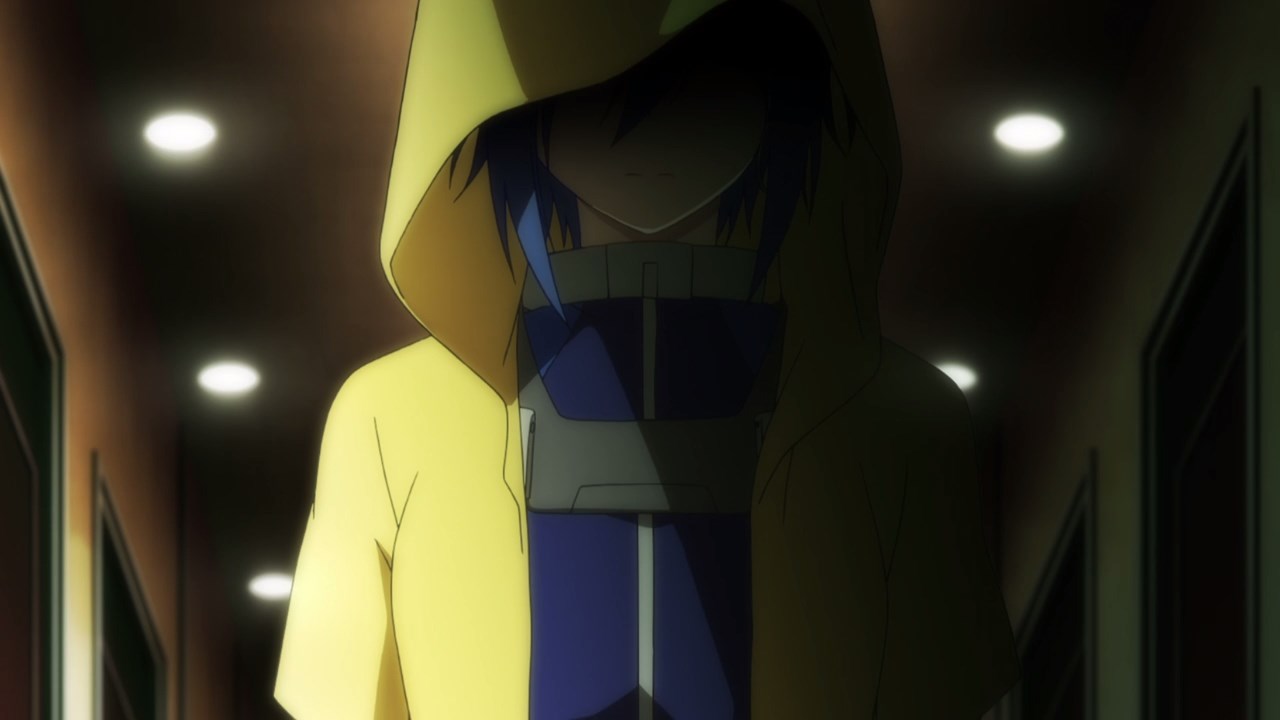 …which turn out to be Rhino!? Come to think of it, I have a bad feeling towards her ’cause Rhino is acting different this time.

Anyways, I guess we’ll find out on the final episode. Seriously, Kei Narutani and Gripen can’t stay in China indefinitely as they have a mission to complete!