The Rising of the Shield Hero Episode #13 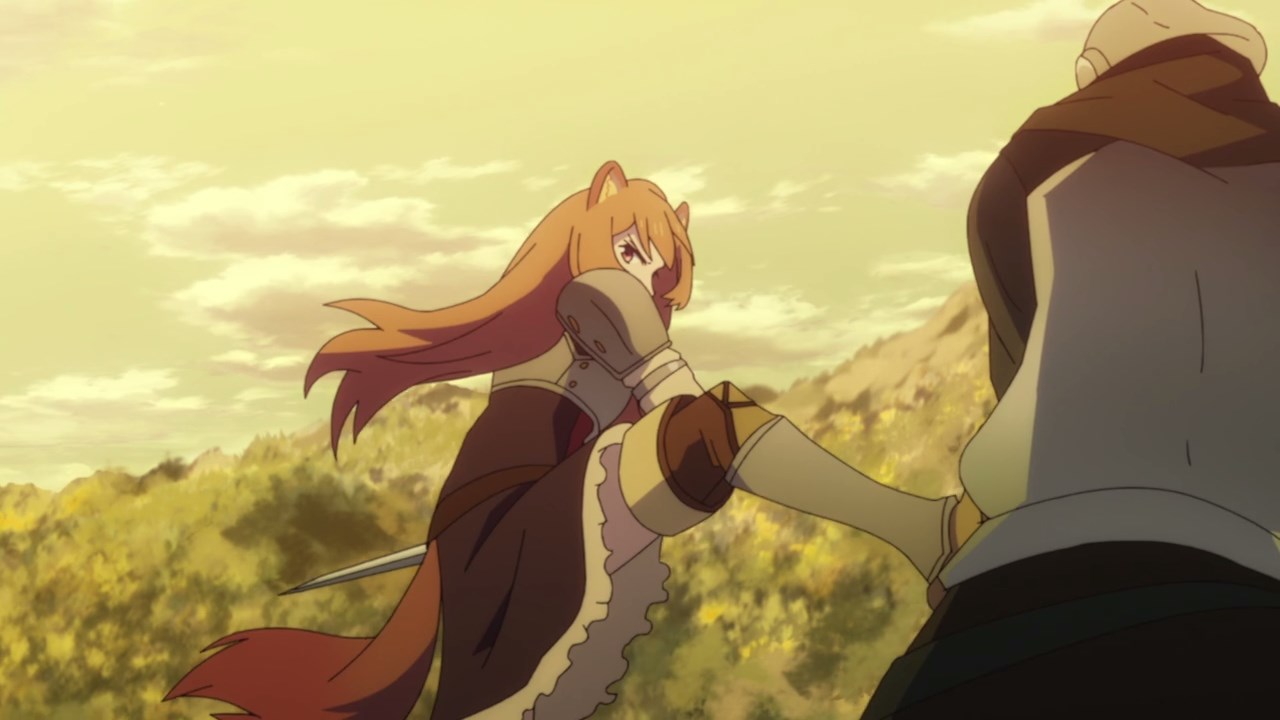 And so, the Shield Hero and his companions are now fighting against those rebellious soldiers who wanted to take Princess Melty’s head. However, something feels off… 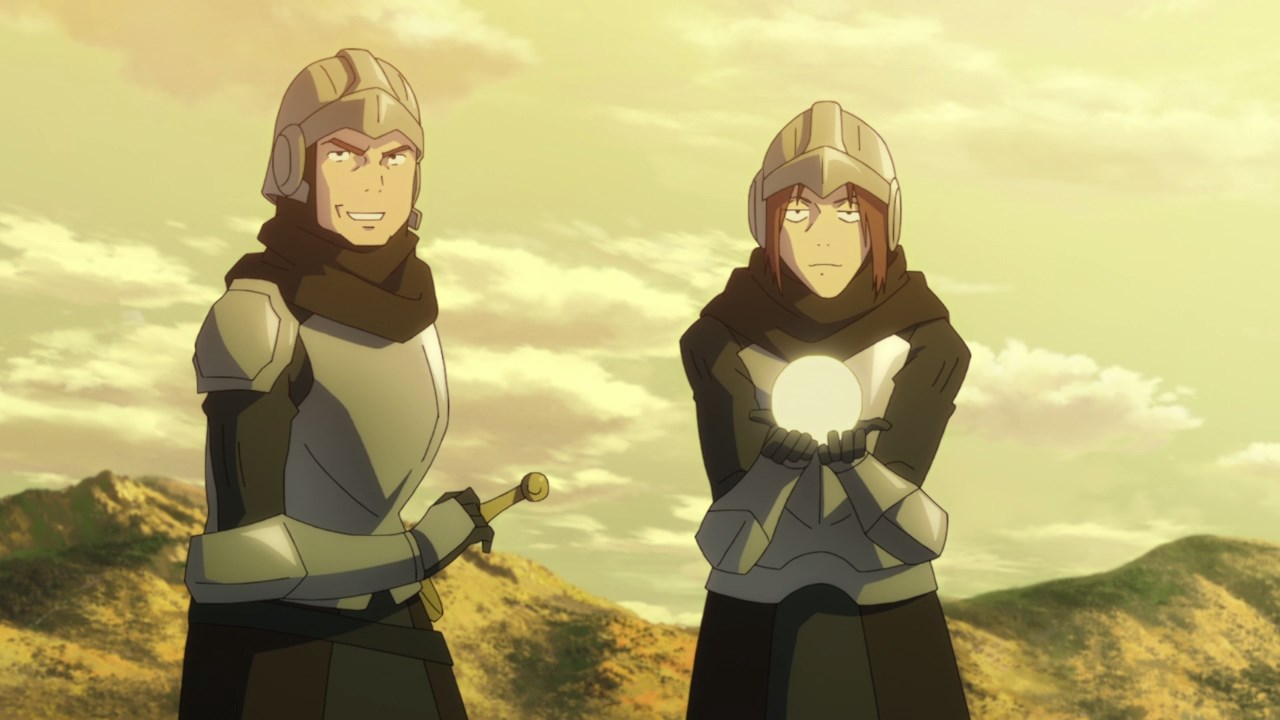 See that soldier holding the crystal ball? He’s the one recording it once they retreated, and modifying the footage in order to make Naofumi and the rest as villains. Wow, are they really want to rub salt on Naofumi’s wounds!? 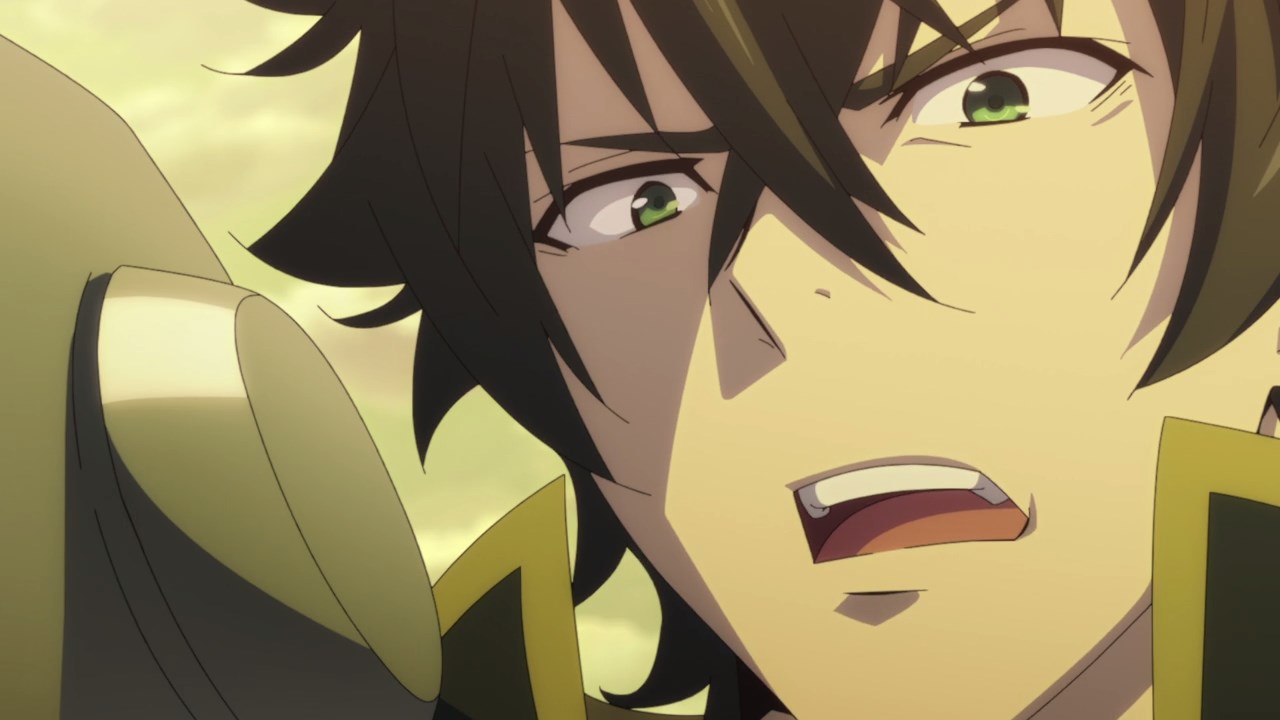 Of course, Naofumi Iwatani wants some answer as he coerced this soldier on why he attacked Princess Melty. 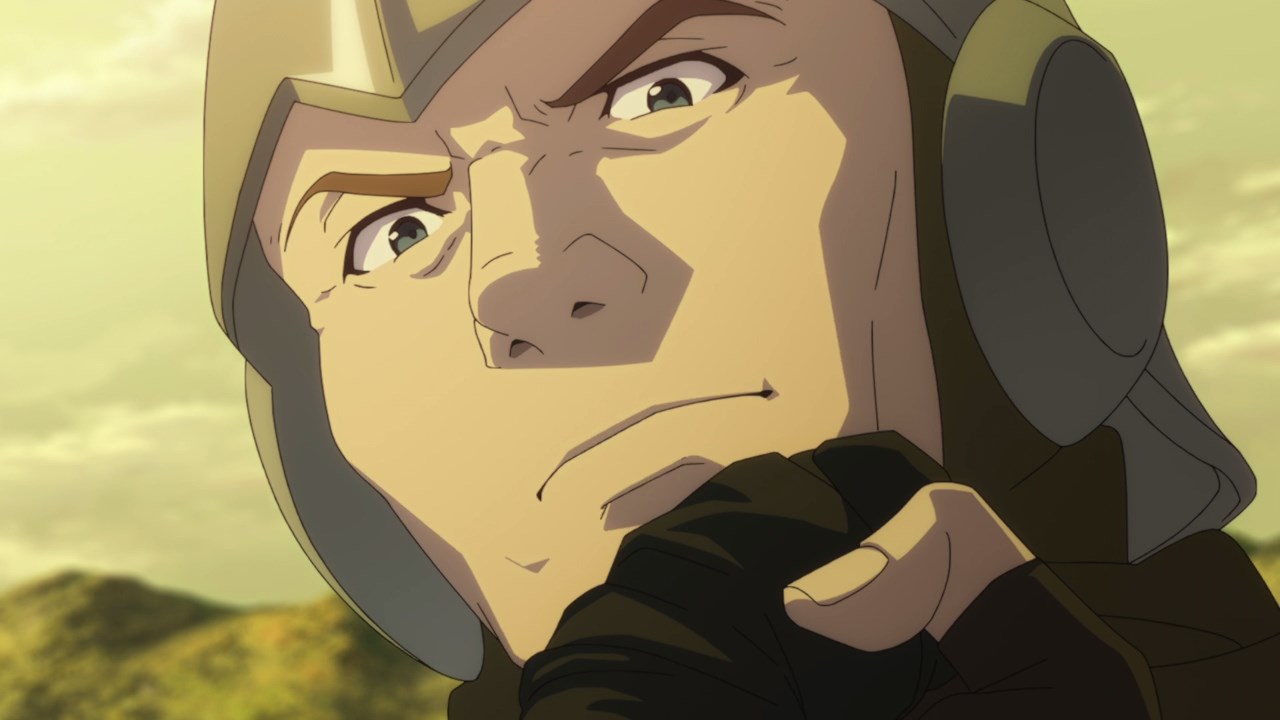 However, he said nothing because this soldier clearly got orders from Princess Malty, that bitch princess who wants to usurp the throne for herself! 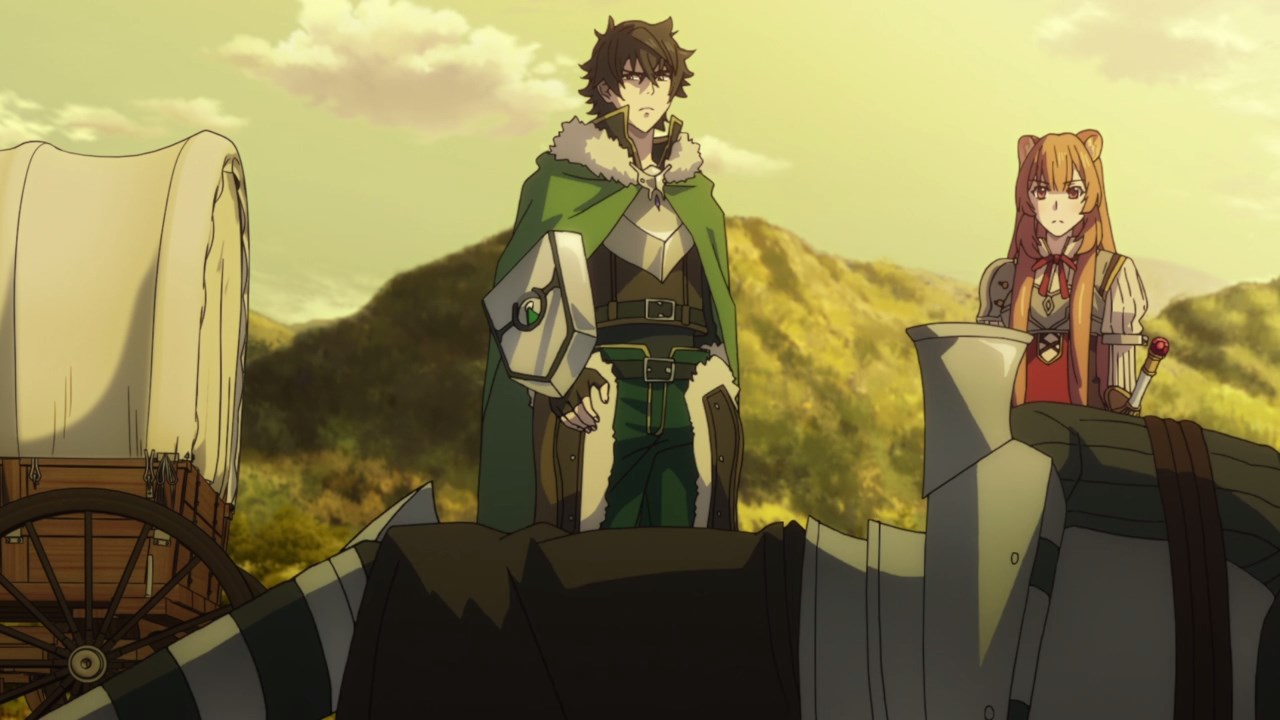 In any case, Naofumi didn’t get anything after the fight. However, he needs to lay low for a while because the soldiers set him and his party up to make it look like they’re the bad guys. 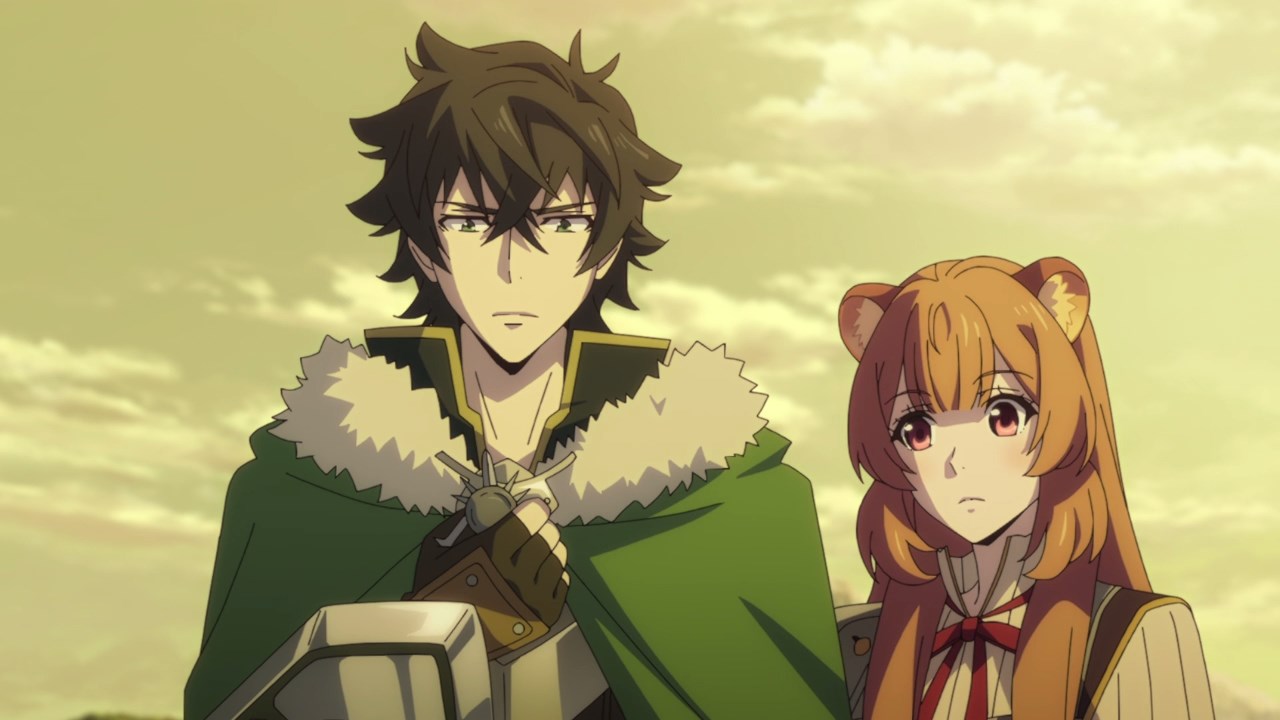 But, it seems that the Shield Hero found a clue in the form of a crucifix from the Church of Three Heroes. Hmm, could it be that they’re involved on assassinating Princess Melty as well? 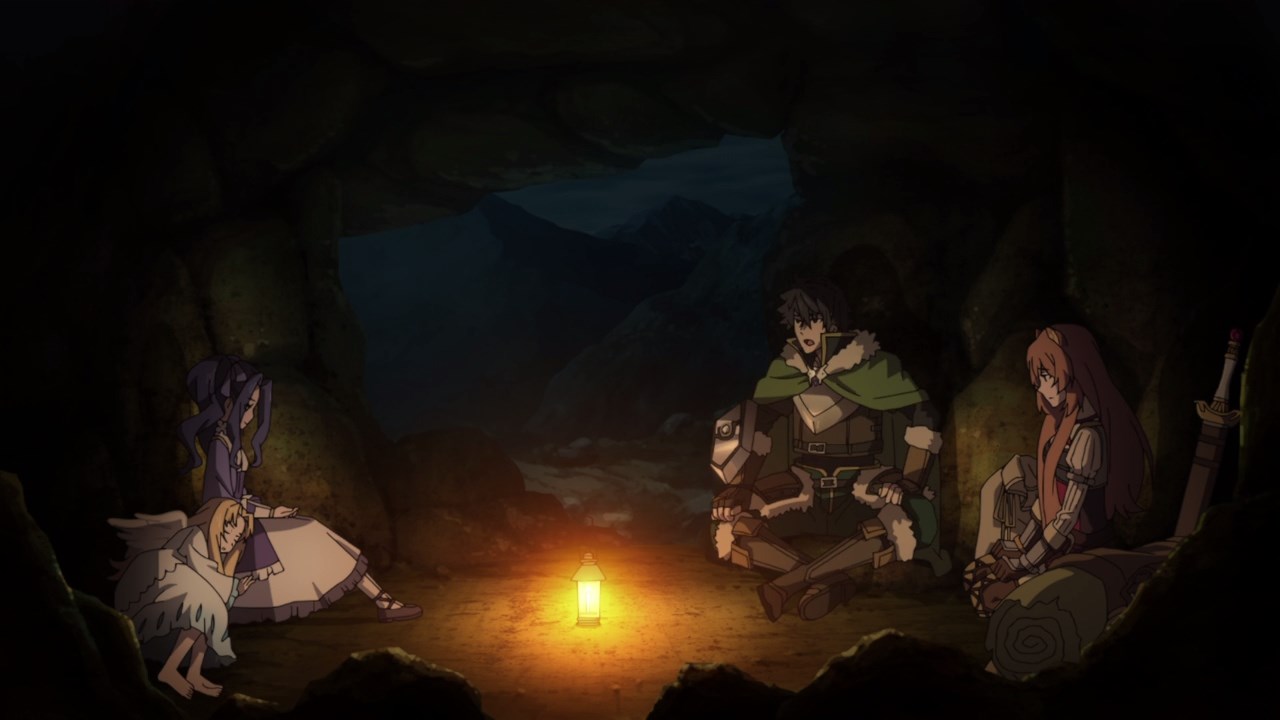 For now, the Shield Hero and his allies must hide and protect Princess Melty at the same time, although she wants Naofumi to talk to her father again which Naofumi refused to do so.

By the way, Naofumi Iwatani is curious about King Aultcray since Princess Melty is friendly towards her father. 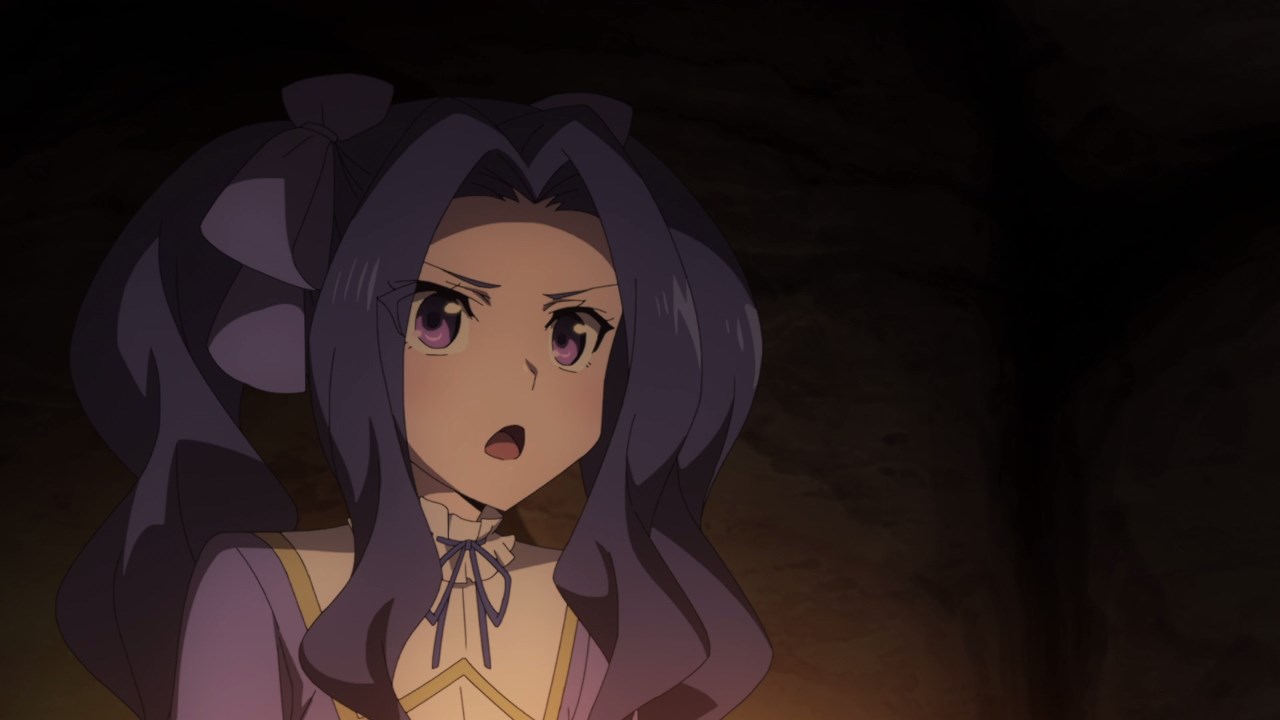 But here’s the thing though as the crown princess told Naofumi that King Aultcray is not the one ruling the Melromarc Kingdom because it turns out that it’s a matriarchal society, where the Queen holds absolute power over everything else.

So basically, the King is abusing his power because he claims that he rules everything, yet it’s clearly not. But you know what, it’s that bitch princess who’s pulling the strings! 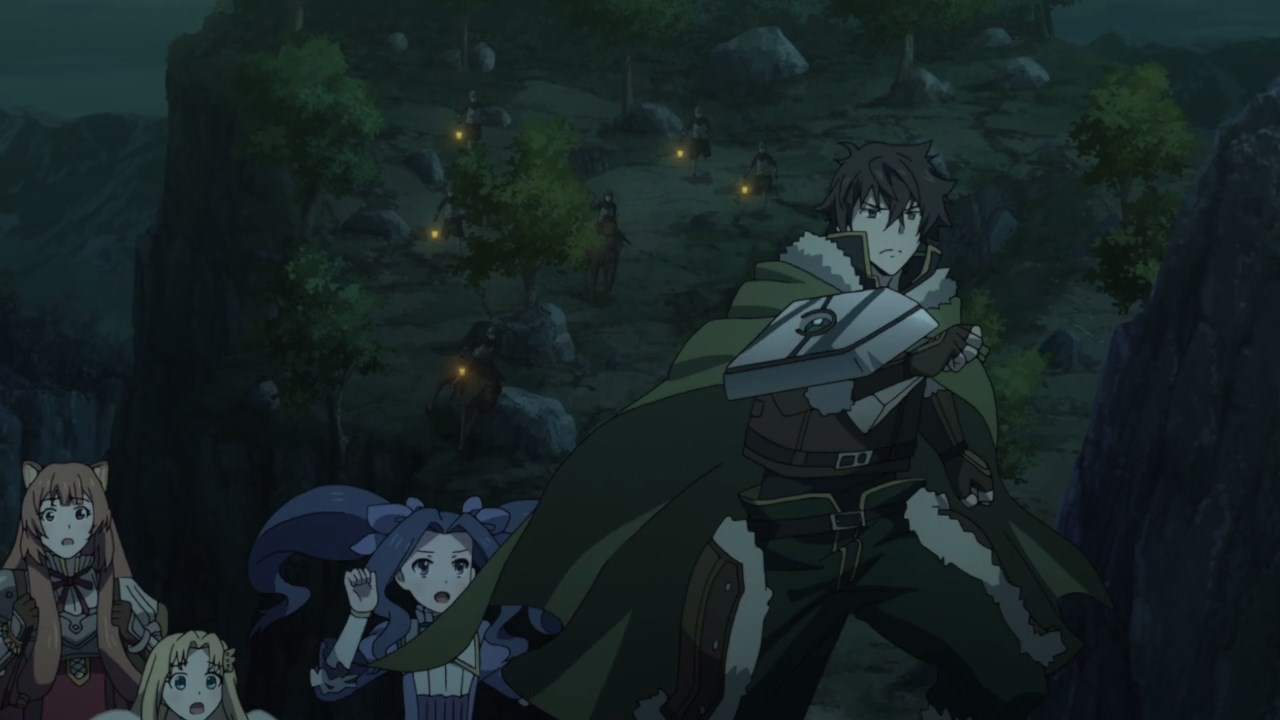 Anyways, Naofumi and the rest continued to run away from the Kingdom’s soldiers since he’s branded as a criminal, accusing him of capturing Princess Melty when in truth she’s actually being threatened by the likes of Princess Malty. 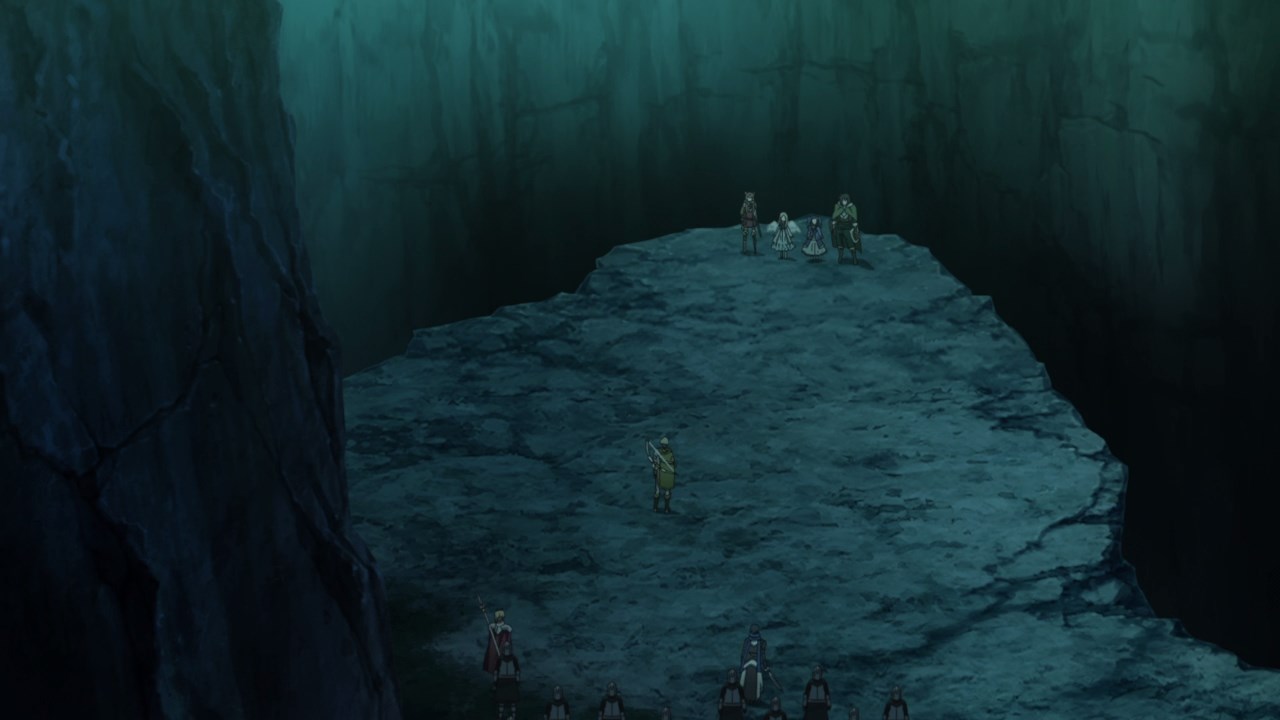 However, it appears that they’re trapped into a cliff as the soldiers gang up on him and his companions. Well, this is bad for Naofumi! 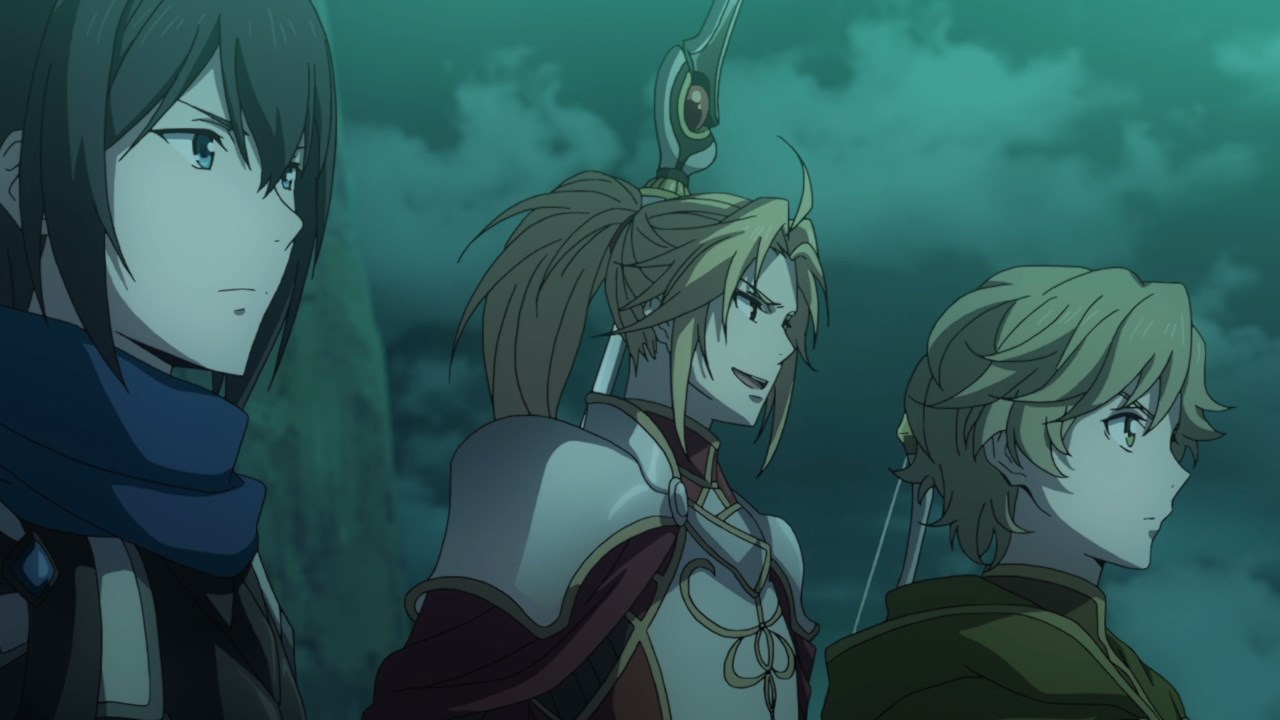 But it gets worse when 3 Cardinal Heroes arrived to stop Naofumi, which accused him of not only kidnapping Princess Melty but also brainwashing his companions.

Man, these accusations are getting old, especially the latter where Naofumi didn’t brainwash anyone. If his shield has an ability to mind-control people, that would be plausible but the Shield Hero doesn’t do that. 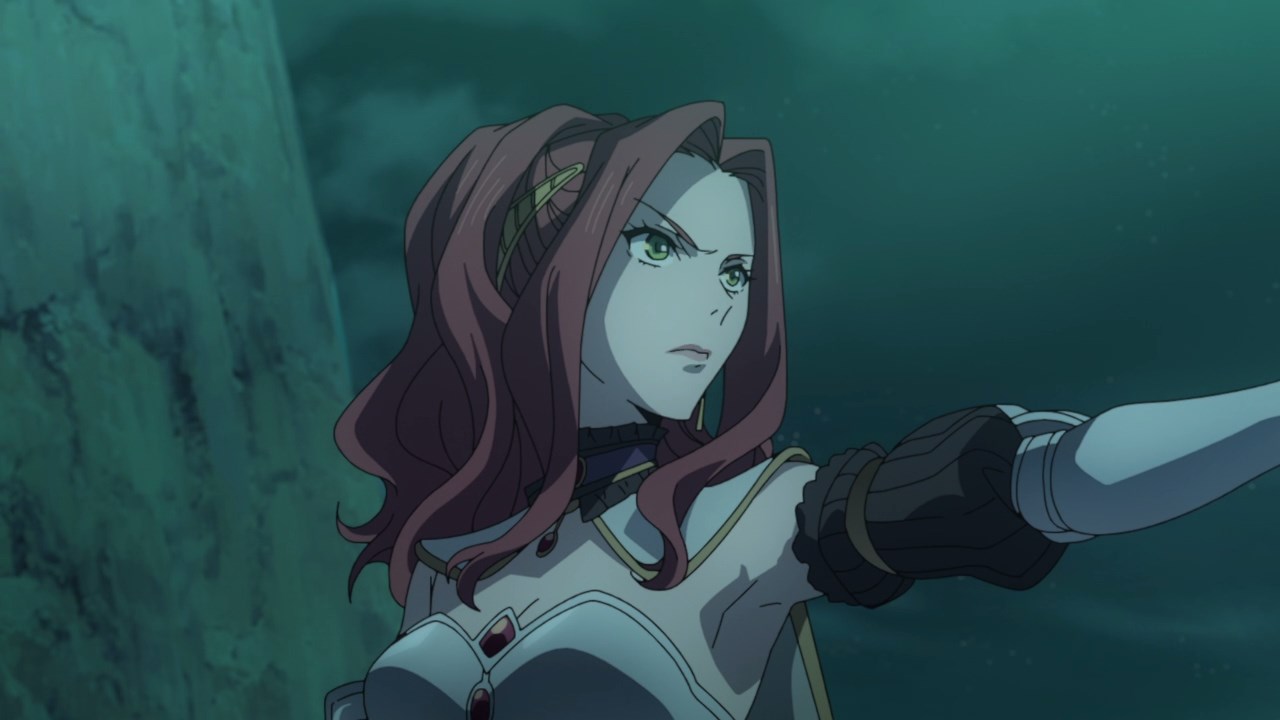 But you know what, the likes of Itsuki and Motoyasu are being brainwashed by Myne, also known as Princess Malty where she told the heroes that Naofumi is the villain.

Of course, you know that this bitch princess is the villain and man, you really want Malty dead or give her something that’s worse than death! 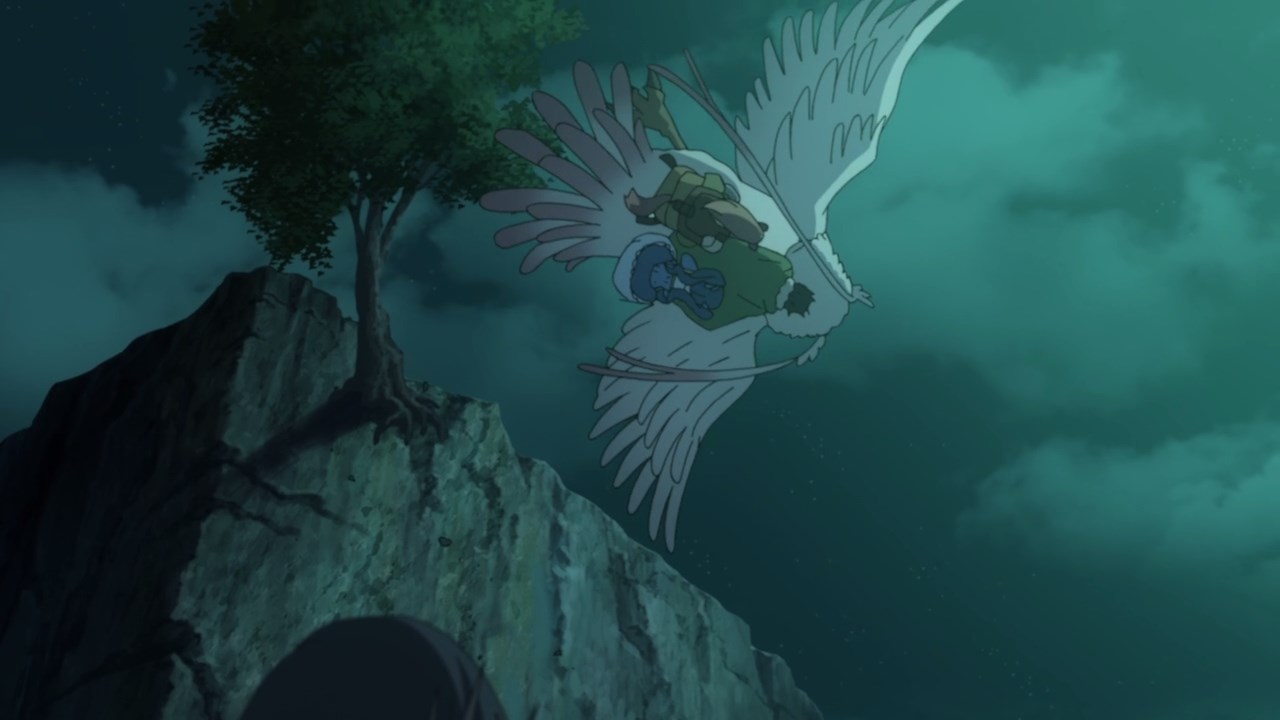 Unfortunately for Malty and the heroes, Naofumi doesn’t want to deal with their shit as he told Filo to transform and fly away! 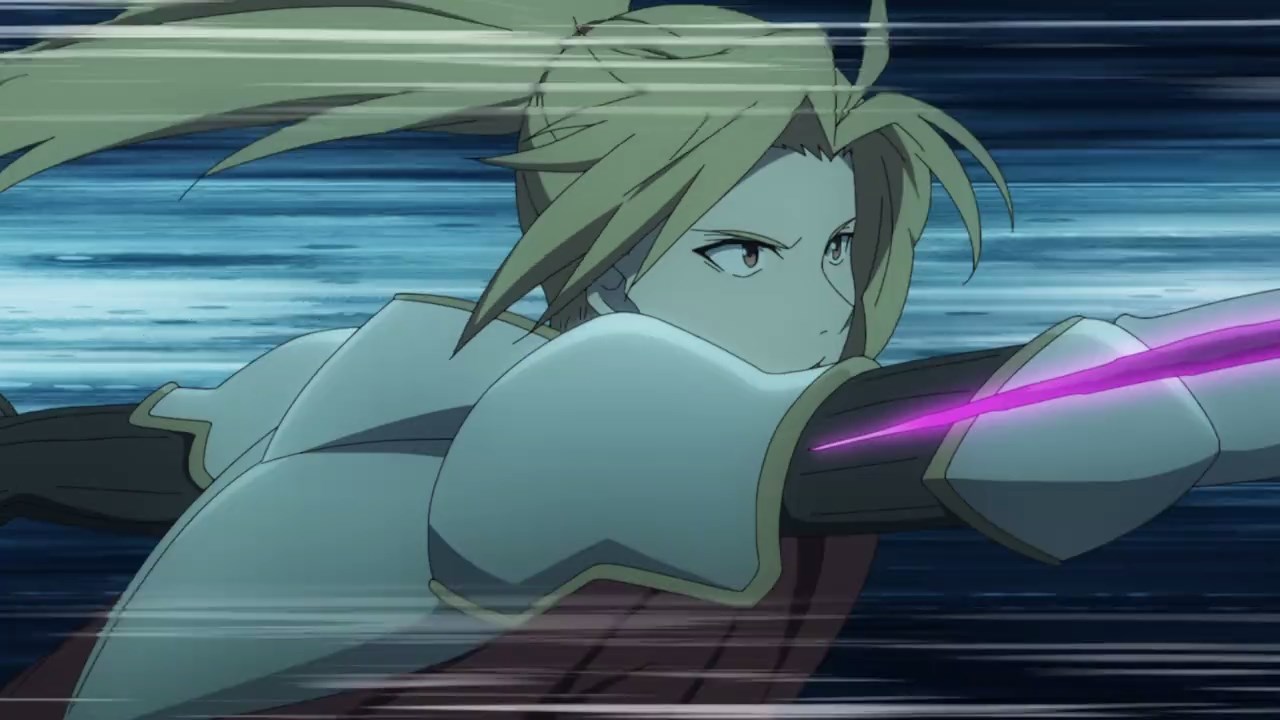 But, Motoyasu doesn’t want to let Naofumi escape as he throws something towards the Shield Hero. 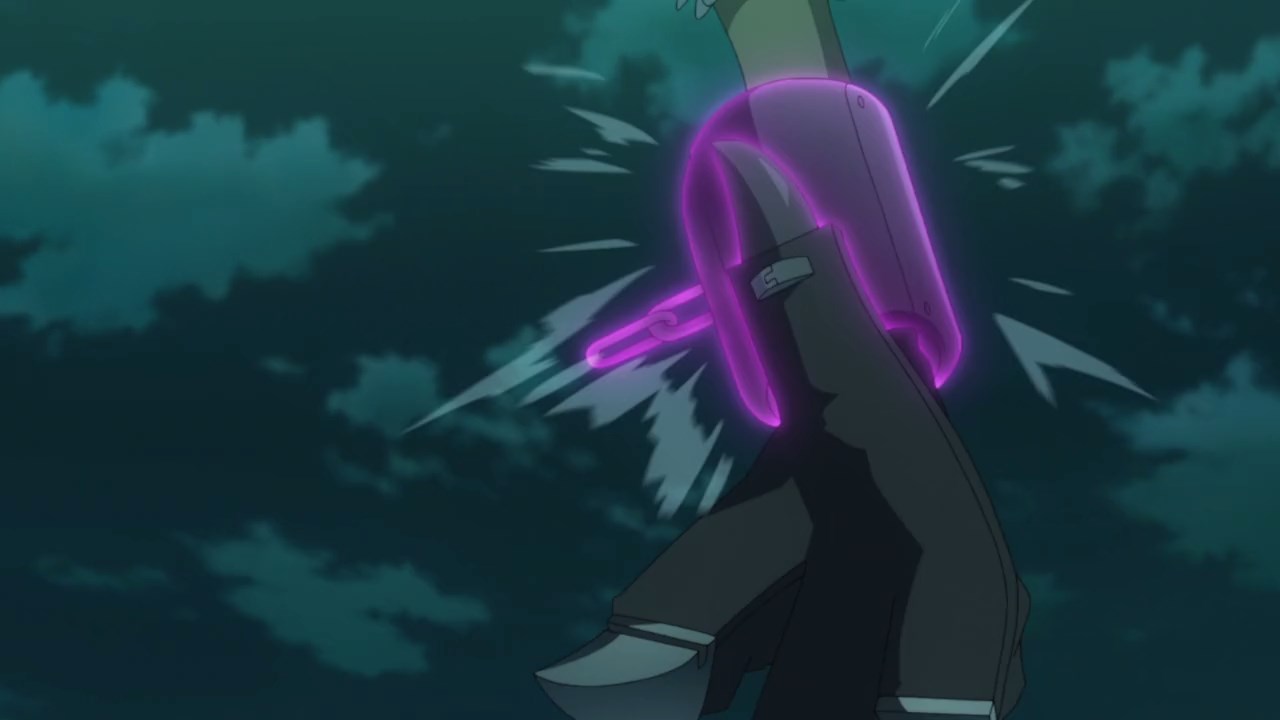 Well actually, the Spear Hero throws something towards Filo which turned out to be a special collar. 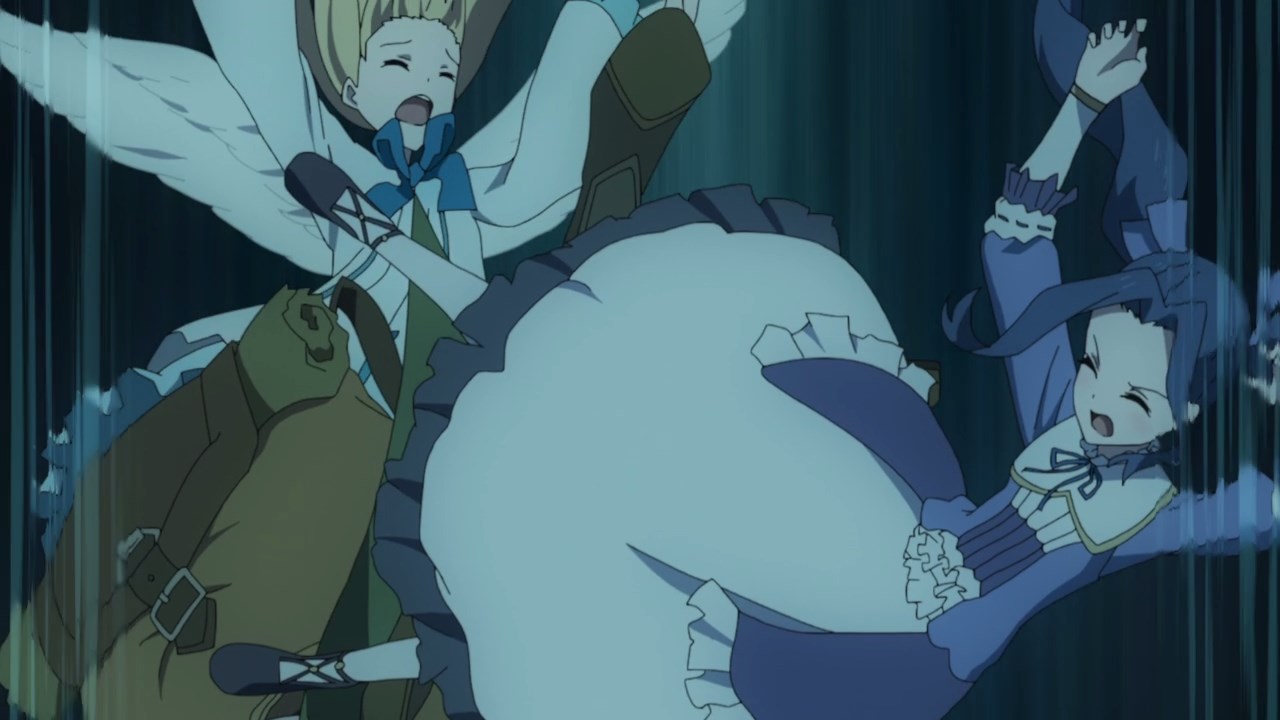 This collar reverts Filo’s transformation which turns her back into a little girl. Wait, I have a bad feeling about this! 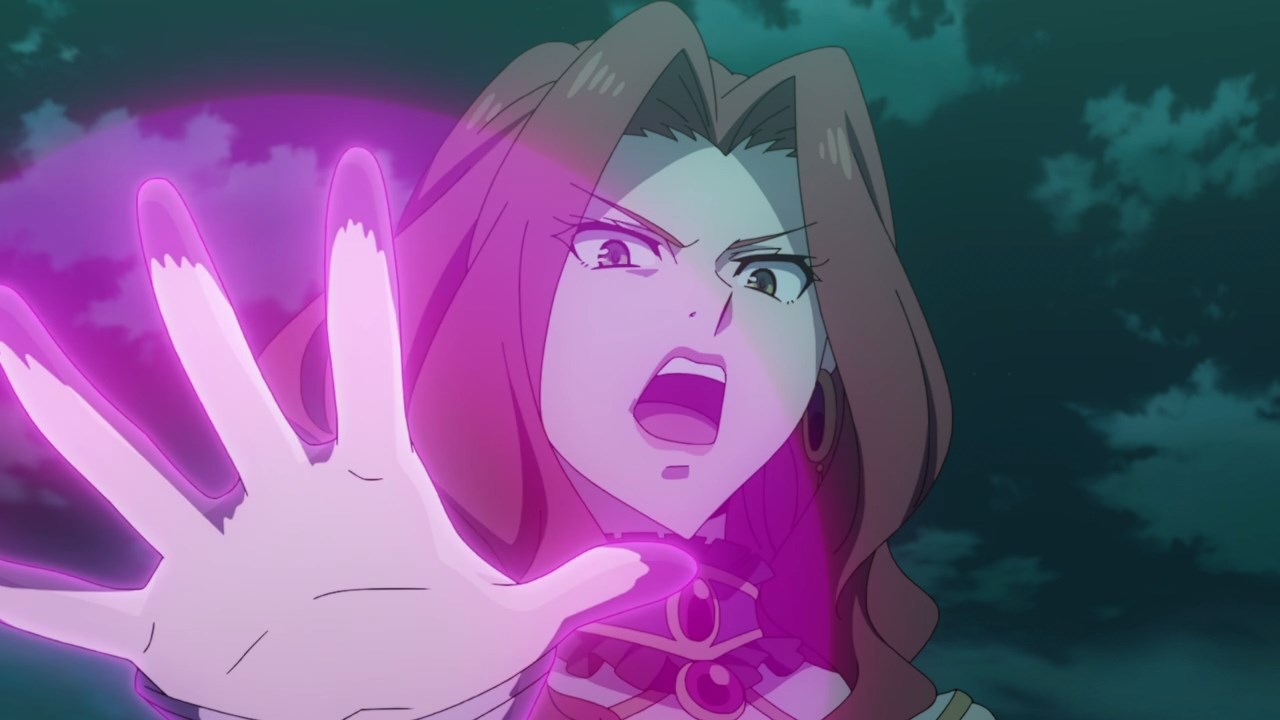 With the Shield Hero lost his way to escape, Princess Malty wastes no time on using magic to punish Naofumi and his diabolical schemes, as well as saving Princess Melty from Naofumi’s brainwashing.

Then again, it’s clear that she wants to kill Princess Melty so she can become the next heir to the Melromarc Kingdom, once that bitch princess killed her own mother of course. 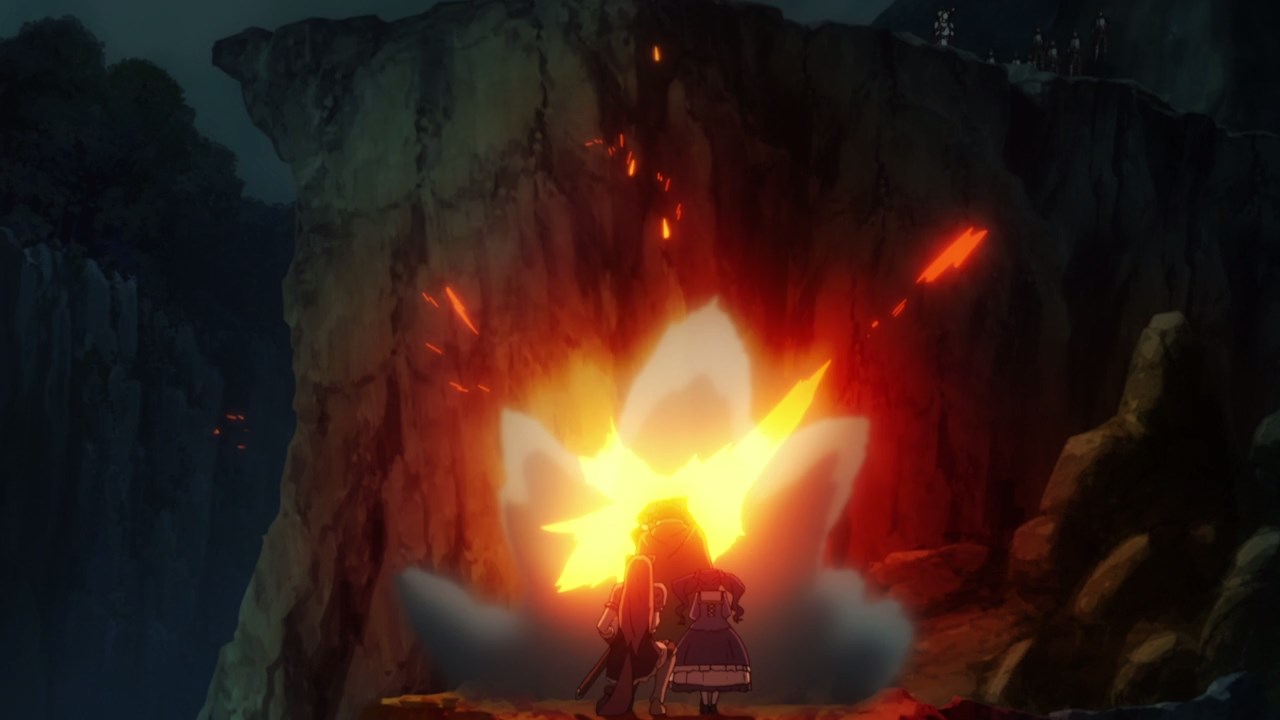 At this point, the Shield Hero is stuck between a rock and a hard place as he uses his shield to defend himself, Raphtalia, and Princess Melty. Of course, I’m worried that his trusty shield won’t last much. 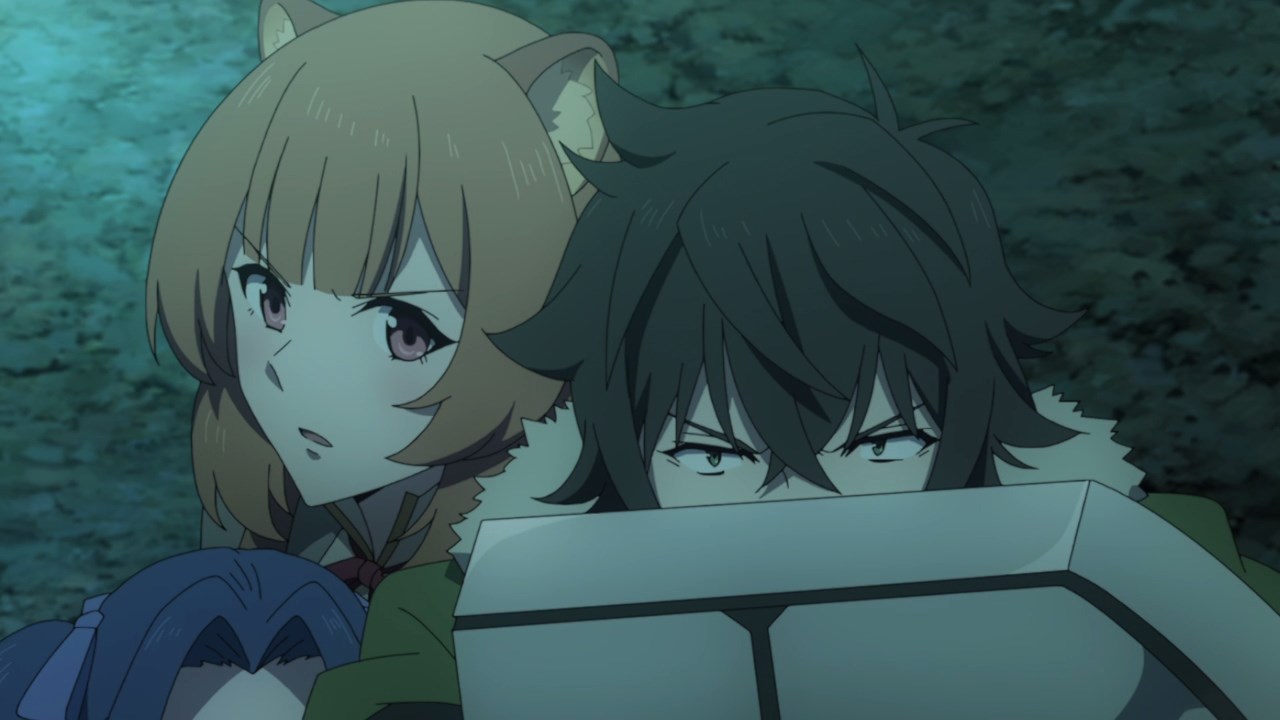 However, it seems that Raphtalia has a plan on turning things around as she told Naofumi on what to do against the bitch princess. Hmm, I have a feeling that she’s gonna sneak up towards Princess Malty! 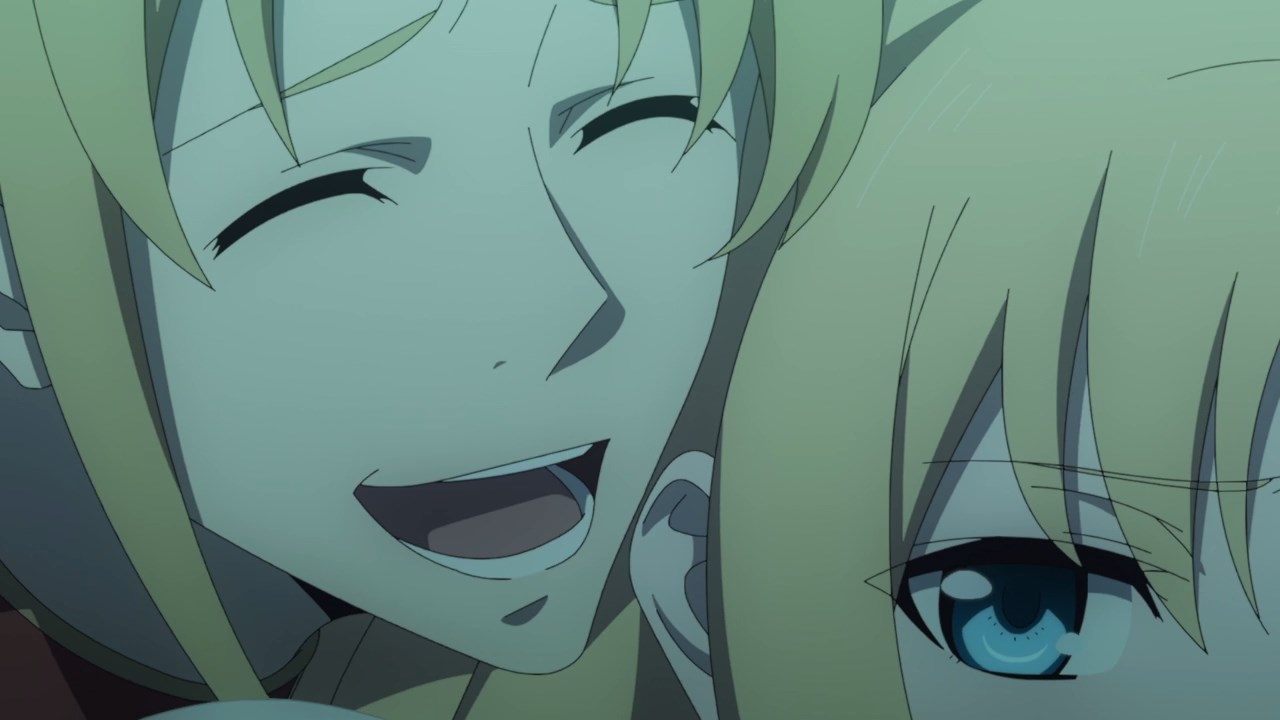 Meanwhile, here’s Motoyasu Kitamura as he tries to take Filo home, but she refuses because the Spear Hero has become a scumbag for hitting on little girls. 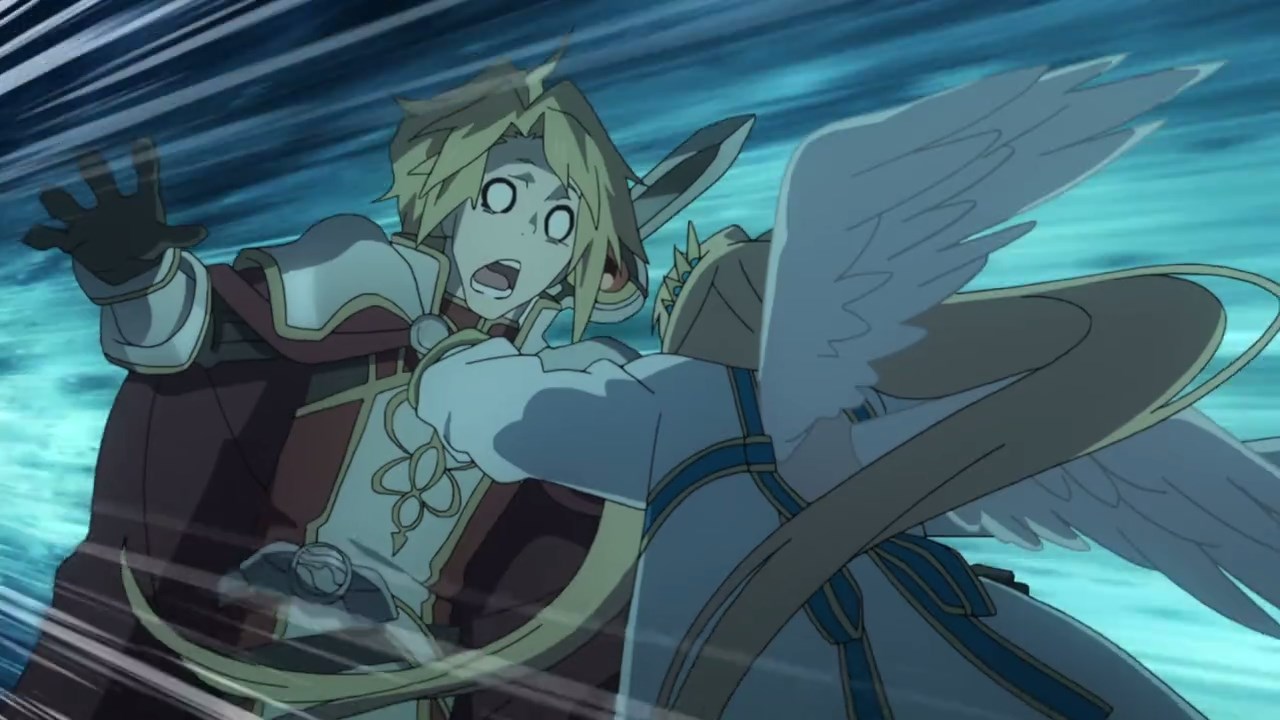 Unfortunately for Motoyasu, Filo has gloves to punch this Spear Hero away from her. Sorry Motoyasu, but you don’t deserve to hug Filo, especially when you’re clearly a pedophile! 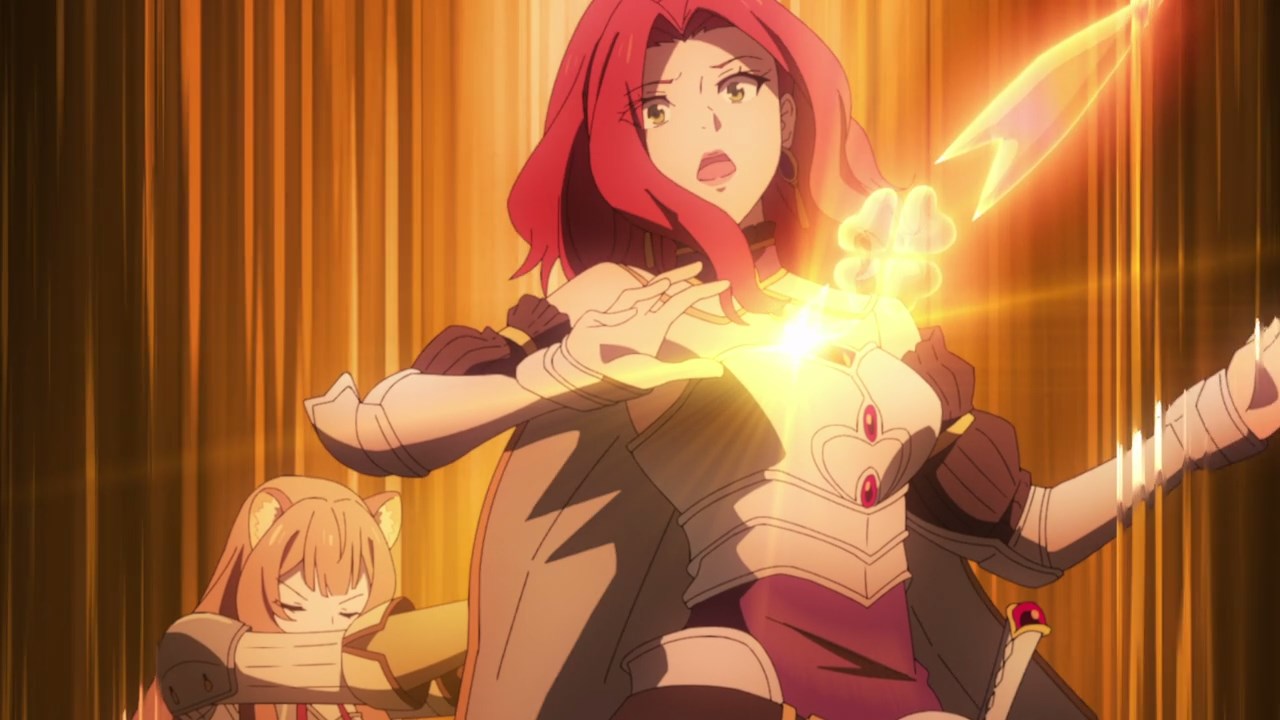 Also, seems that Raphtalia used her Mana Sword to stab Malty’s unadulterated rotten heart, but not outright kill this bitch princess because this sword is used to stop magic. 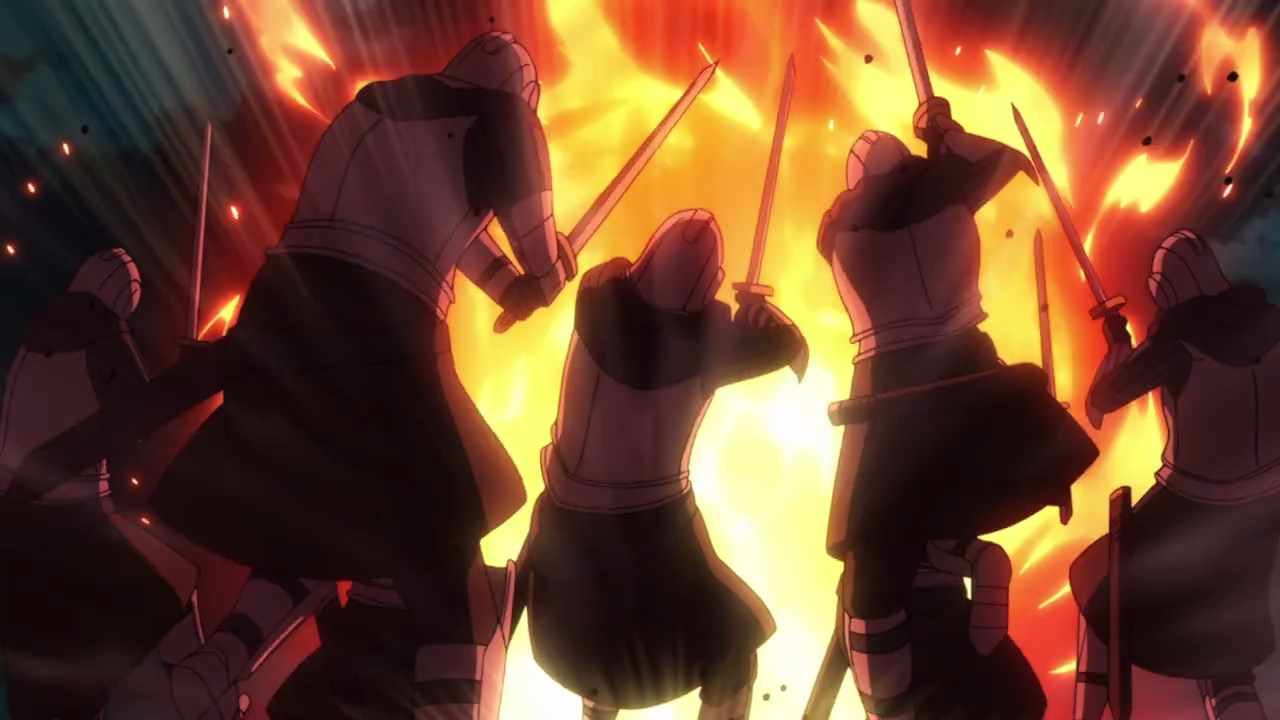 But anyways, Naofumi used his Rage Shield to send those soldiers flying as he and his companions make for their escape. 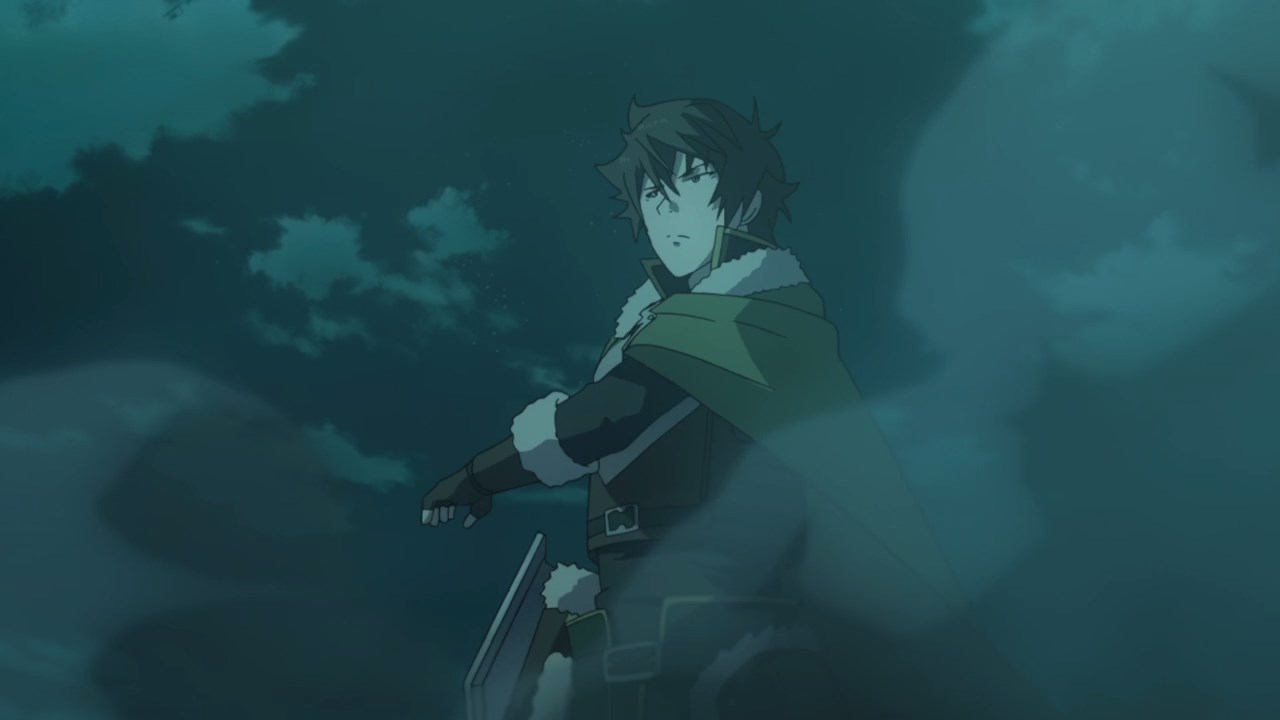 Of course, Naofumi Iwatani wants to leave something behind to clear his name as he throws something from his pocket. 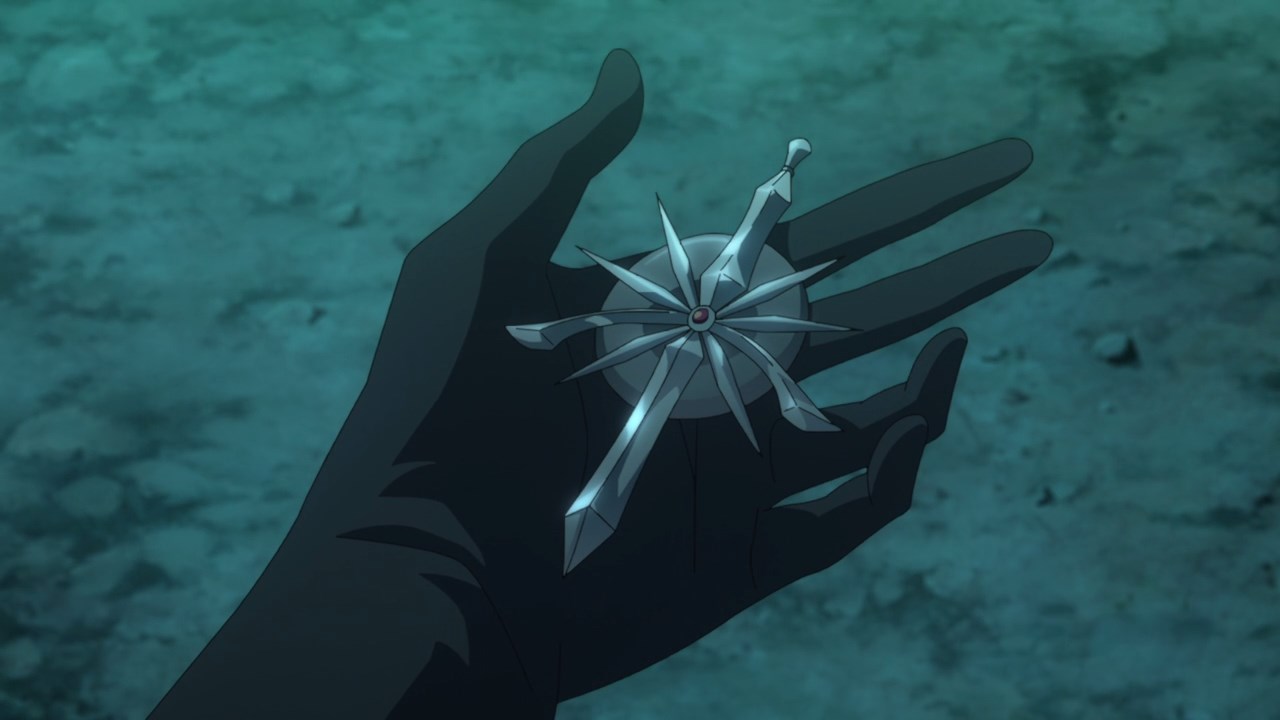 Anyways, Naofumi Iwatani gave Ren Amagi a crucifix from the Church of Three Heroes, which he’s hoping that the Sword Hero will take hints that some group is plotting something against the Melromarc Kingdom. 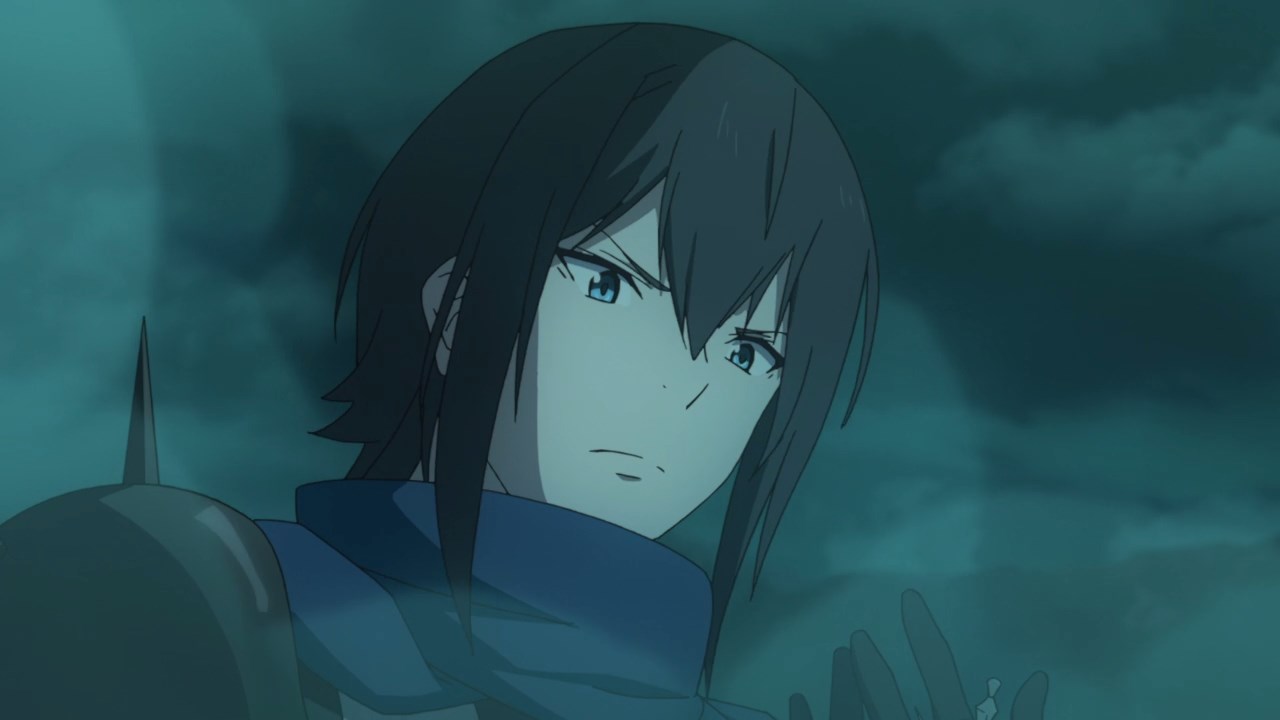 And sure that Ren is blindly following Myne or Malty like a dog, at least he knows that something is wrong within the kingdom. Oh, and I don’t count on both Itsuki Kawasumi and Motoyasu Kitamura because they’re idiots! 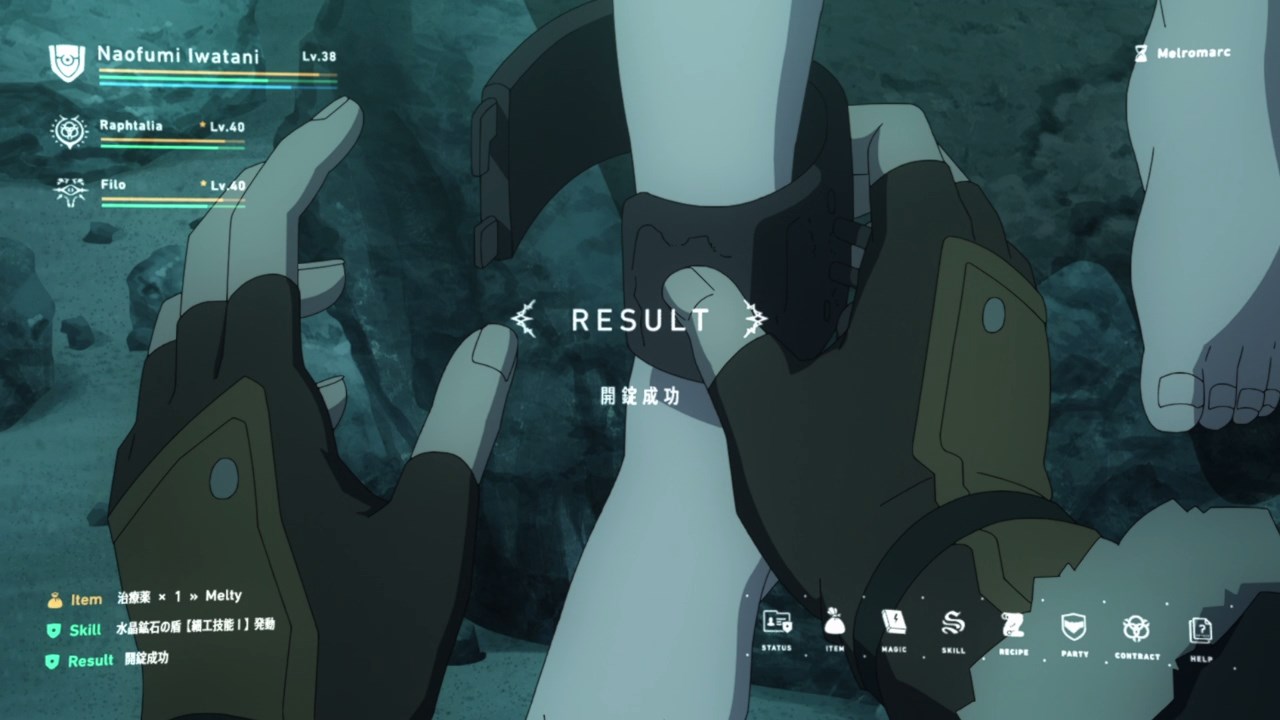 Anyways, they managed to get away from Malty’s soldiers. But, the Shield Hero will have to unlock this collar from Filo’s leg so she can transform into a filolial again. 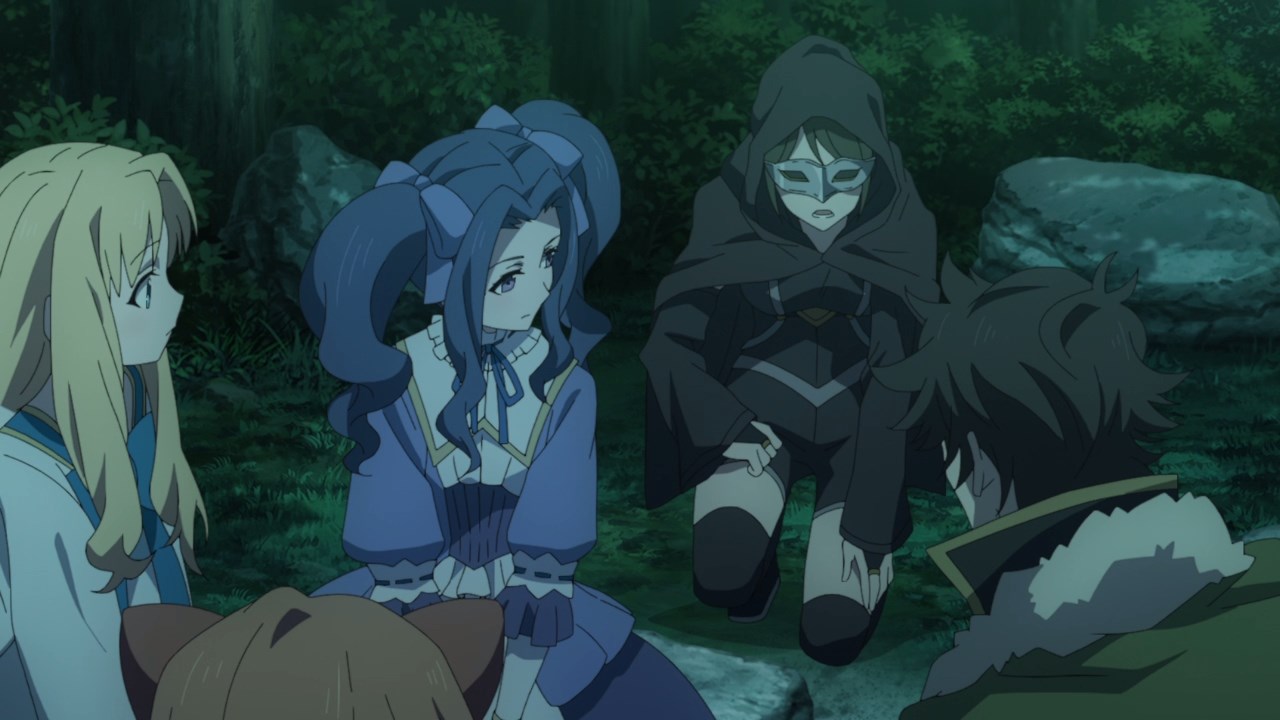 Also, it appears that one of the the Queen’s messengers have arrived to tell the Shield Hero that he and his party must visit Siltvelt in order to meet the Queen of Melromarc.

Speaking of the messenger, she’s the one who met the Shield Hero in the previous episode, which means that she’s not the enemy but rather acting as one of Queen’s eyes and ears. I bet that she’s investigating the Church of Three Heroes as they’re involved in something that would undermine the kingdom.

Now then, seems that Naofumi will have no other choice but to visit Siltvelt. 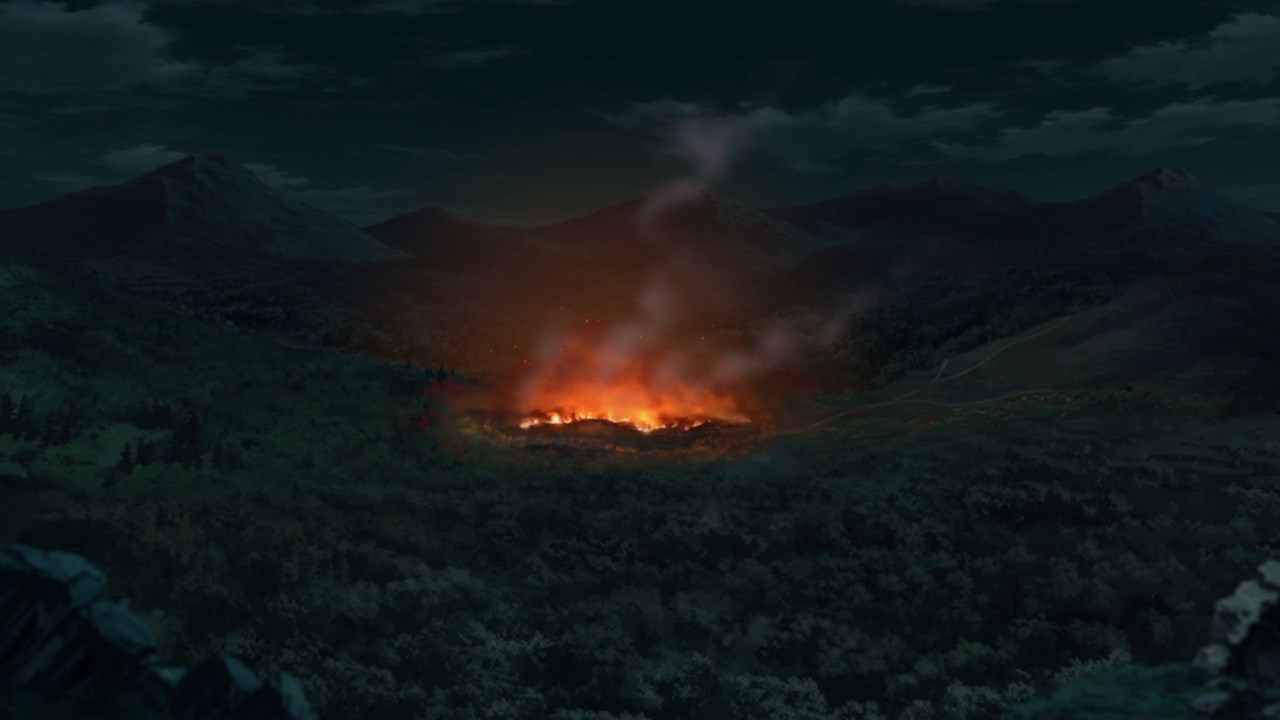 However, it looks like his trip will be cut short as someone decide to implement a scorched earth policy at a forest. You know, it’s bad to leave fires burning inside the forest… 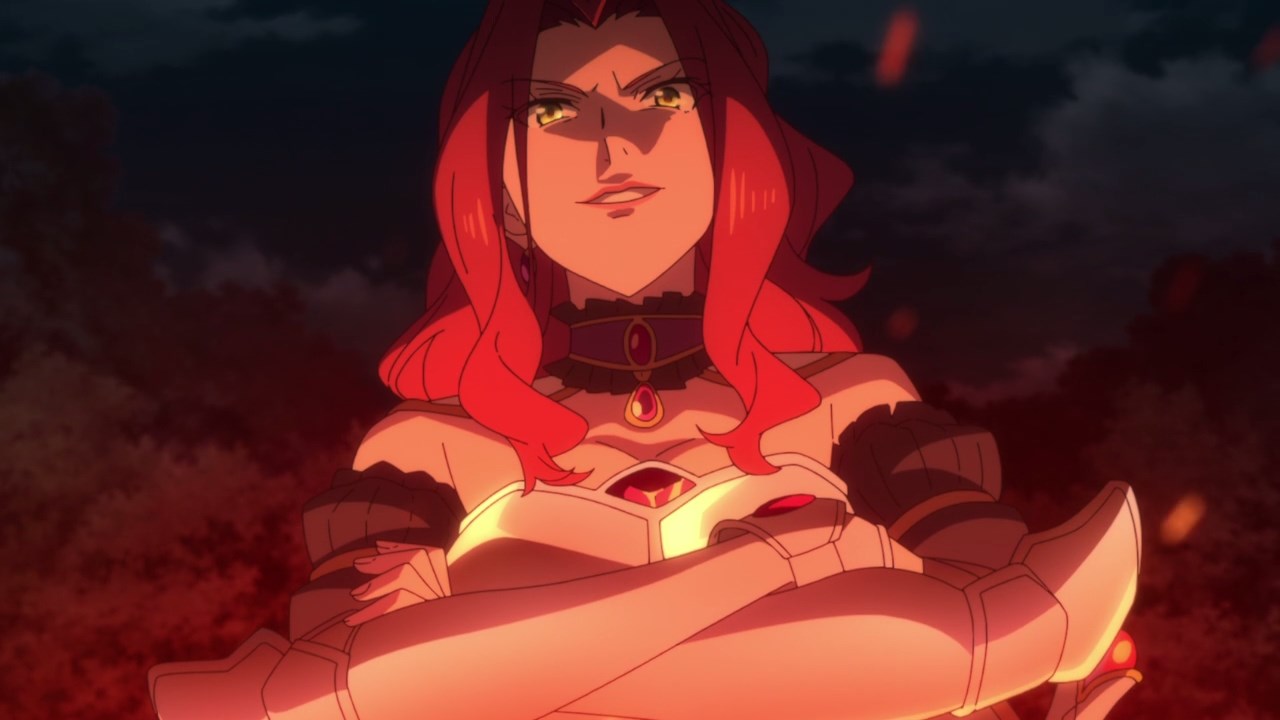 …especially when Princess Malty is doing it for the LULZ. Smokey Bear will have a word towards that bitch princess once the show is over!

Anyways, that’s about it for this week’s episode as Naofumi and the rest must put out the fire first before heading to Siltvelt. Then again, it would be wise not to go there and put out the fire because it’s a trap, but Smokey Bear will disown Naofumi for not stopping forest fires.

But you know what, I’m sure the Shield Hero will do something about it next week!