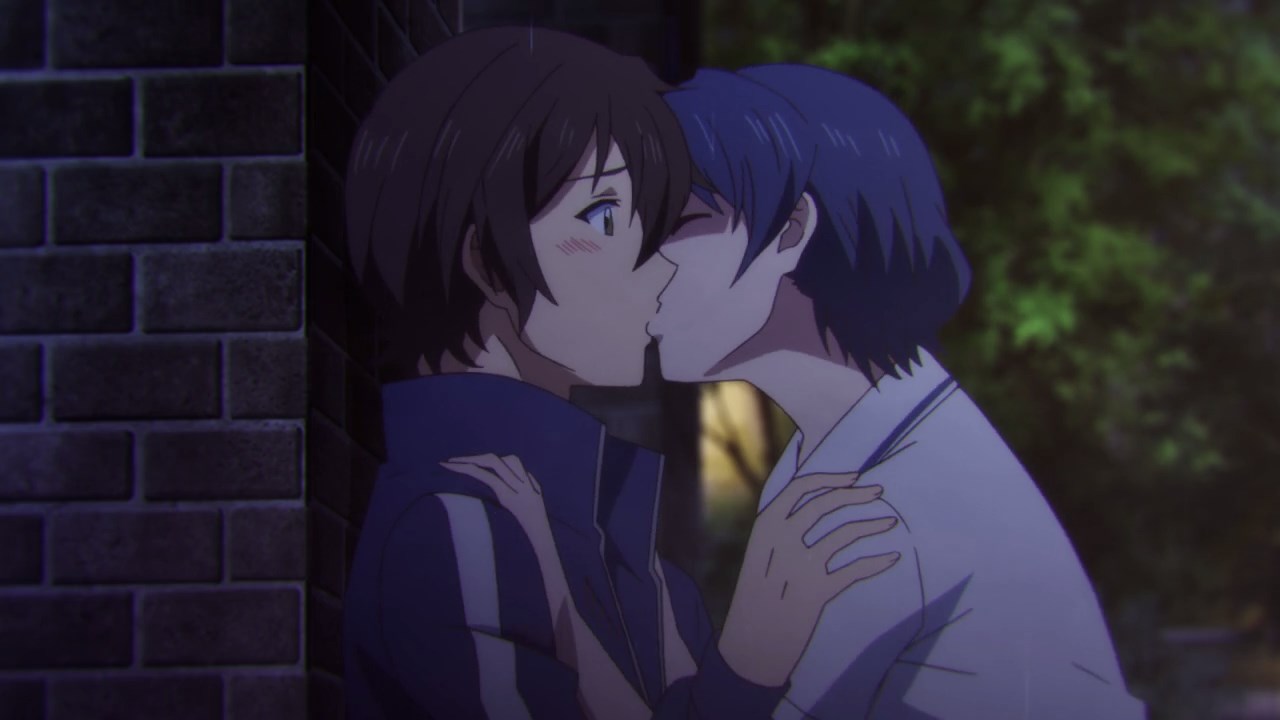 Well, it seems that after Natsuo Fujii spilled the beans that he’s in love with Hina Tachibana, Rui decides to kiss him for one last time because she’ll start hating Natsuo from now on. 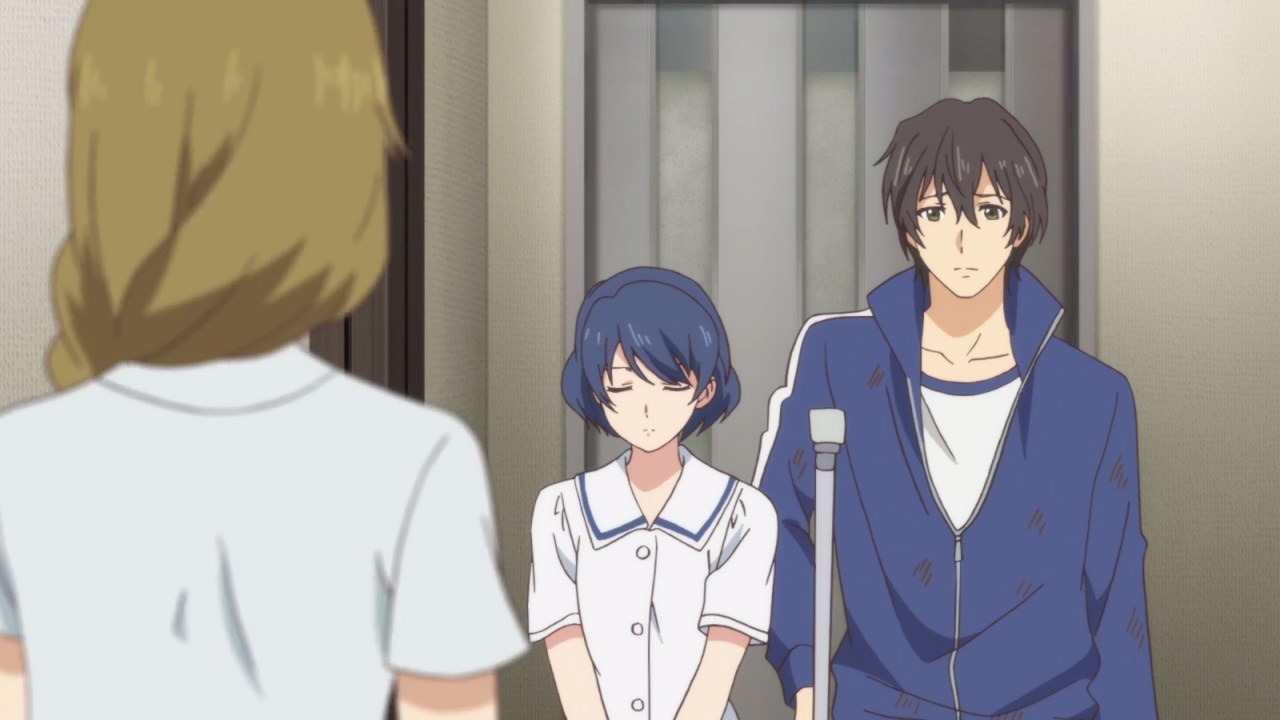 Of course, Rui will assist Natsuo since he still has a broken leg. And really, it won’t heal if Natsuo pushed himself hard. 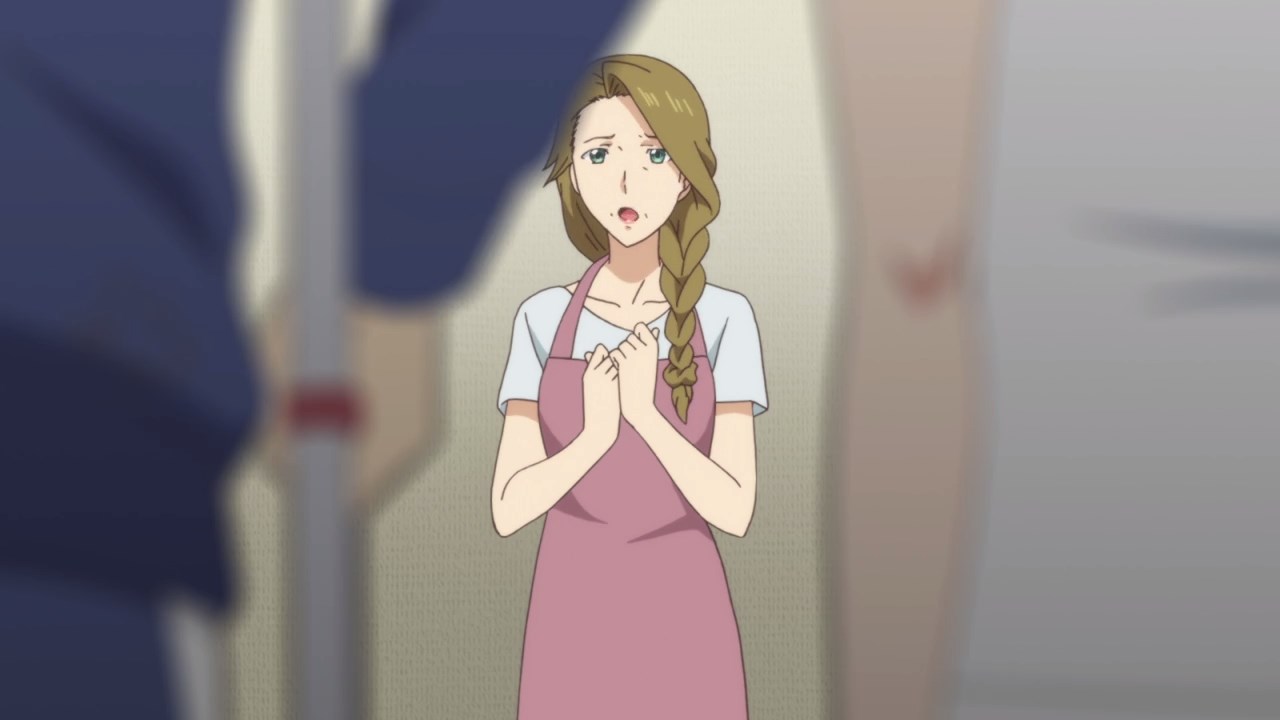 Even Natsuo’s parents, especially his step-mother Tokiko, are worried about him. Still, it’s sucks that Rui’s feelings got rejected in the end despite she had sex with Natsuo. 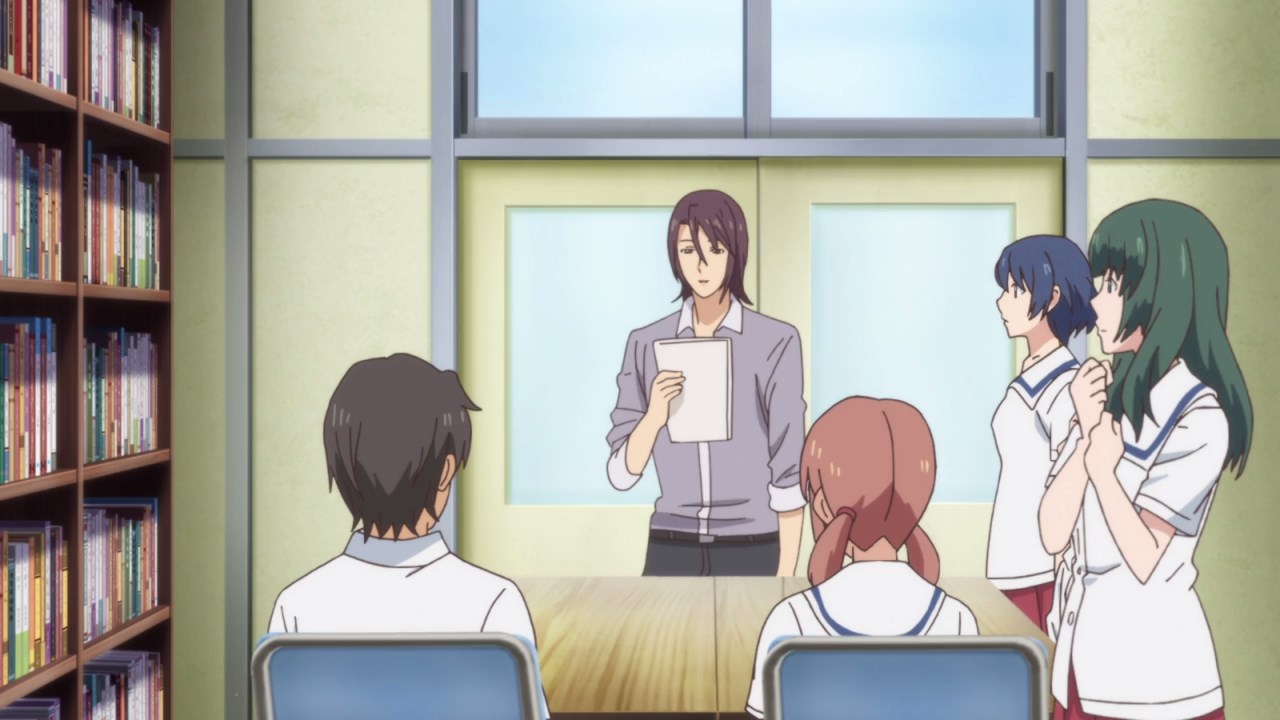 Now then, let’s move onto the next scene where Reiji Kiriya is about to announce some winners during Akamori High School’s annual school festival.

Well actually, seems that someone got an honorable mention instead… 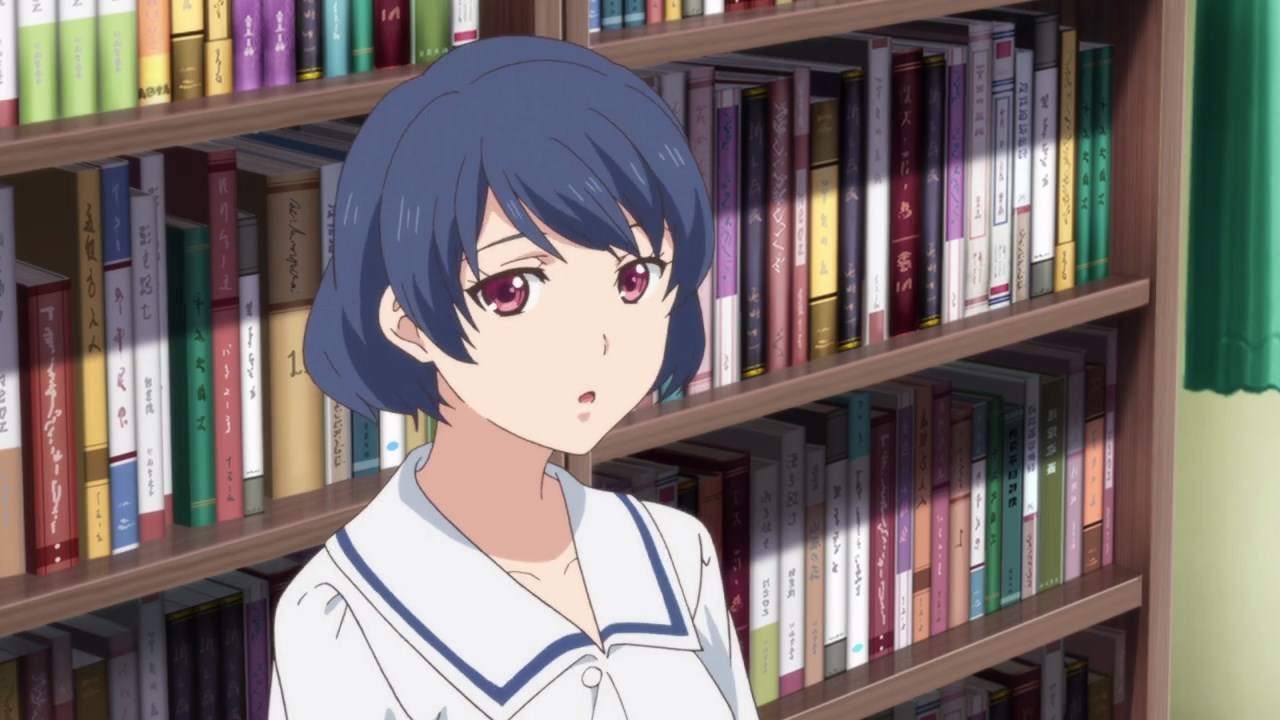 …which turned out to be Rui Tachibana whose short story got some attention from the judges. Well, I have to say that despite being a newbie, seems that Rui has some talent. 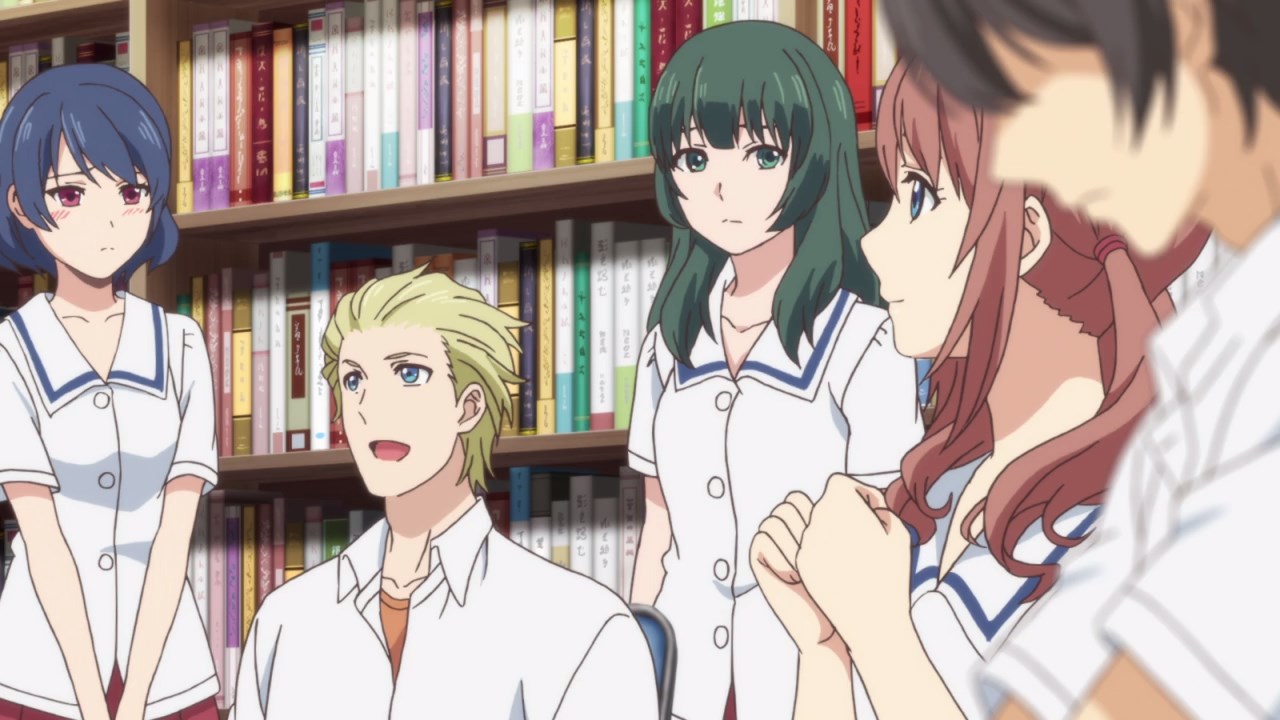 And everyone is praising Rui for her small accomplishment. Sadly though, Rui Tachibana won’t take the award as she’s not interested on getting it.

But as for Natsuo Fujii, it appears that his work didn’t get selected. Maybe it wasn’t that good for the judges. 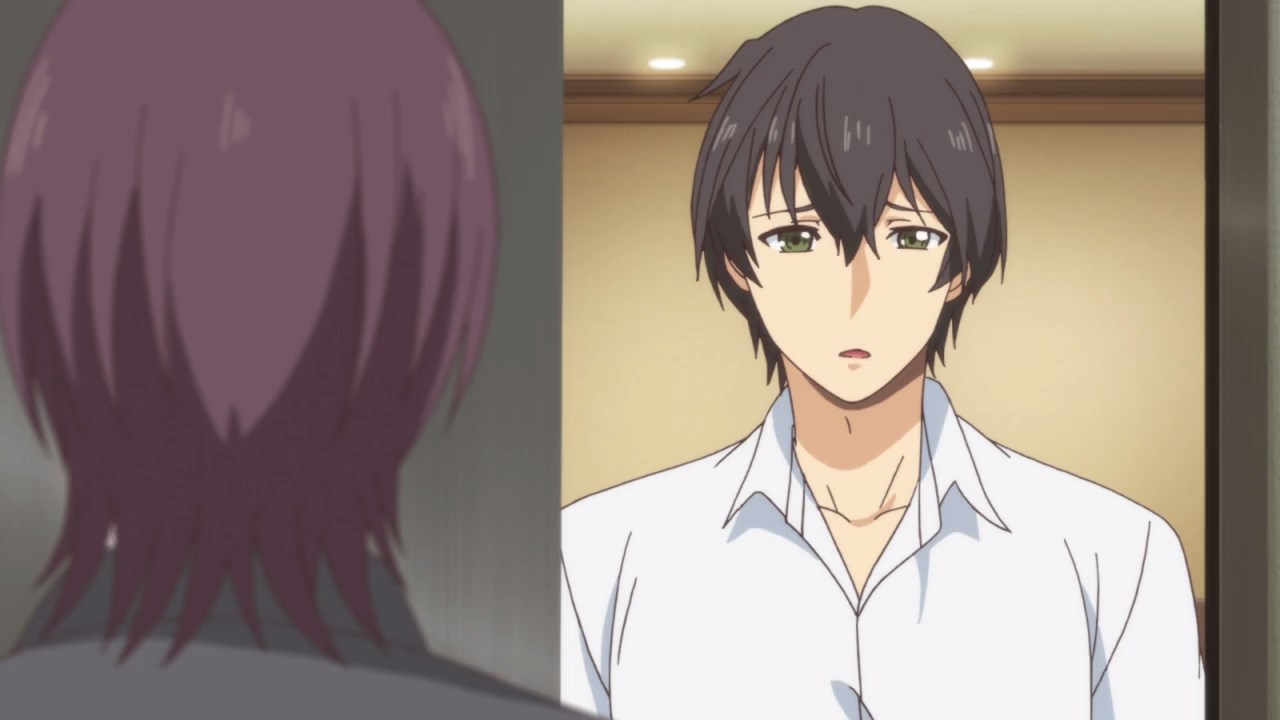 So, Natsuo Fujii went to Reiji Kiriya’s condo unit where he asked him to become an apprentice. 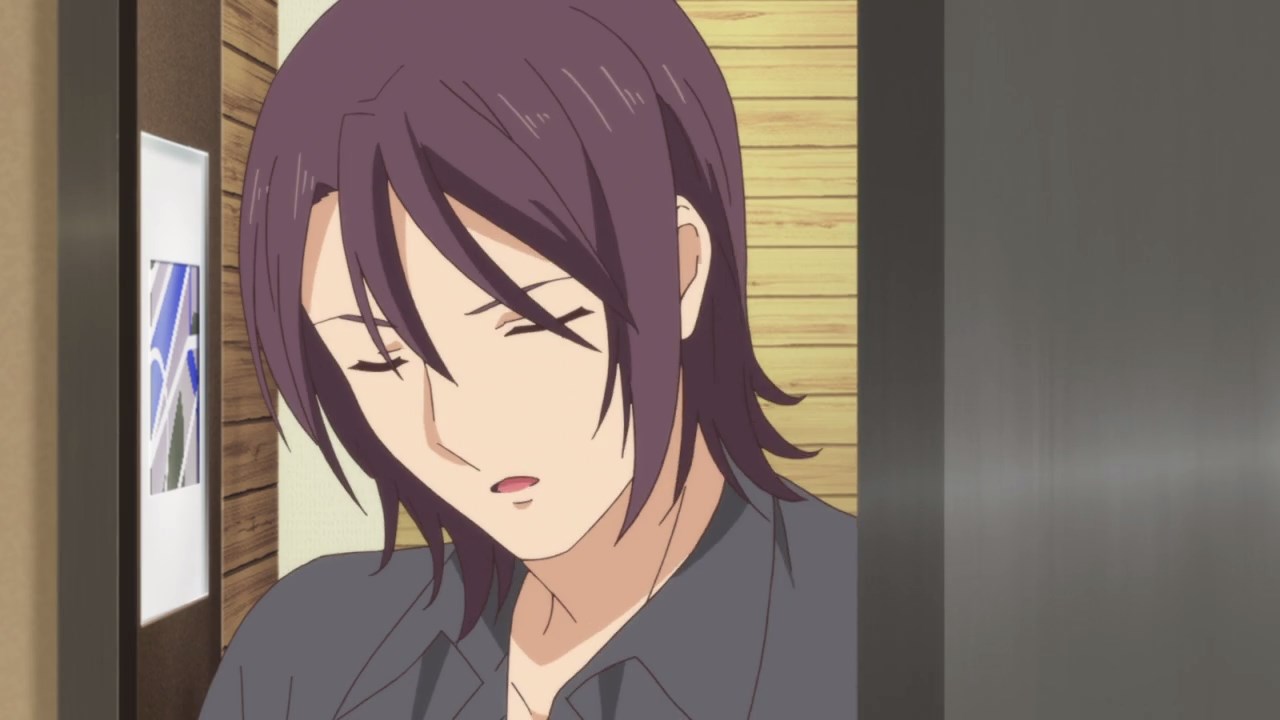 Unfortunately for Natsuo, Reiji refused to take him under his wing. Although he could give him tips in regards to the literature industry, Kiriya-sensei (or You Hasukawa) won’t give him advice on how to be a better writer as it’s up to Natsuo Fujii on how to write better stories.

And besides, Reiji asked Natsuo if he’s writing stories or he wants to have the status of being a novelist. Well, that question really hits hard for Fujii because the truth is that he’s pretty much occupied with his affection towards Hina Tachibana. 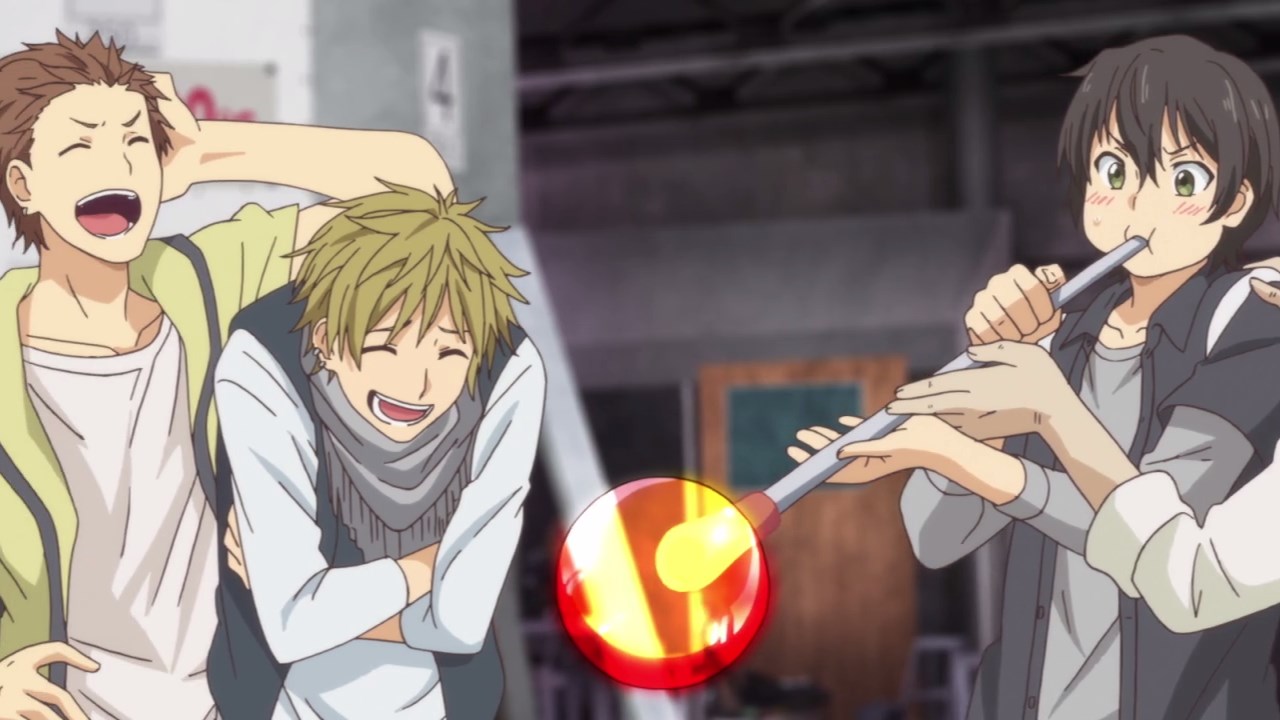 Anyways, let’s move onto Okinawa where the students will have a school trip. C’mon, it’s a once-in-a-lifetime chance to get a short vacation sponsored by their school.

Also, Natsuo’s leg has finally healed so he can walk and swim with his buddies, although he sucks at glass-making. 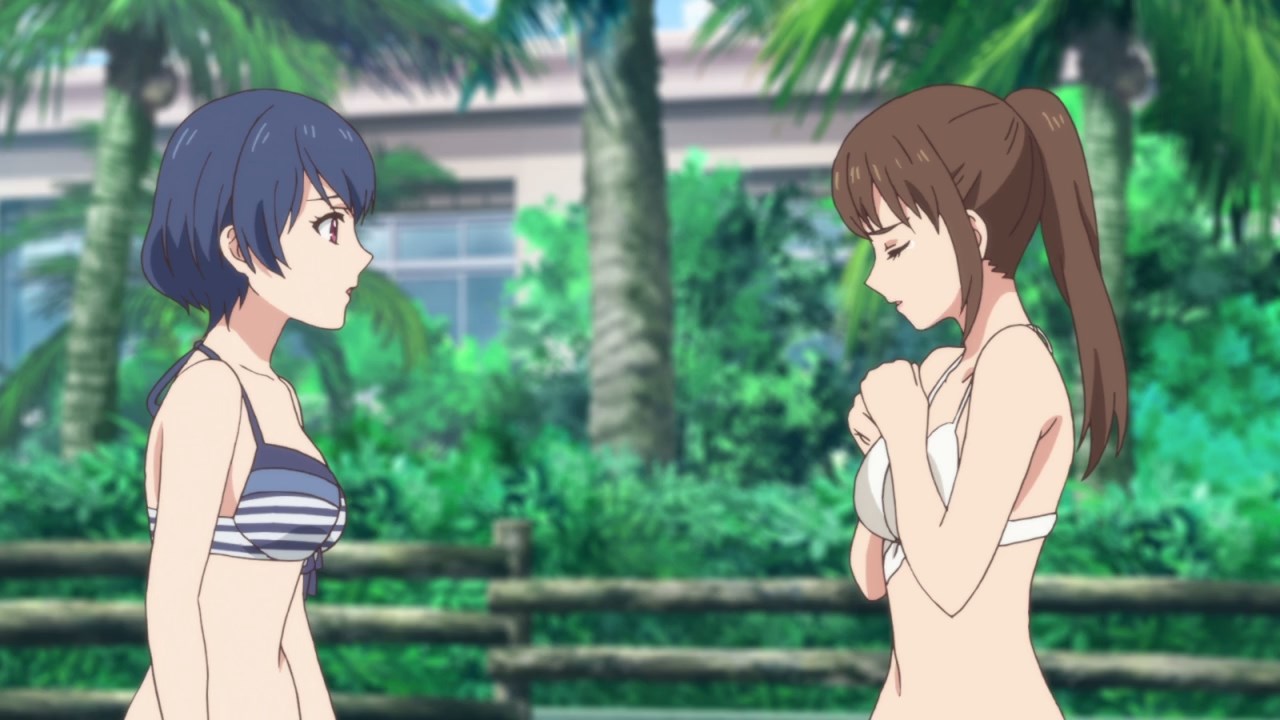 On the other hand, here’s Hina Tachibana talking to her little sister Rui, where she contemplates on her failure as both a teacher and a elder sister that Hina decides to break up with Natsuo Fujii.

Then again, I doubt that she’ll break up with Natsuo since c’mon, Natsuo is still in love with her despite their status. 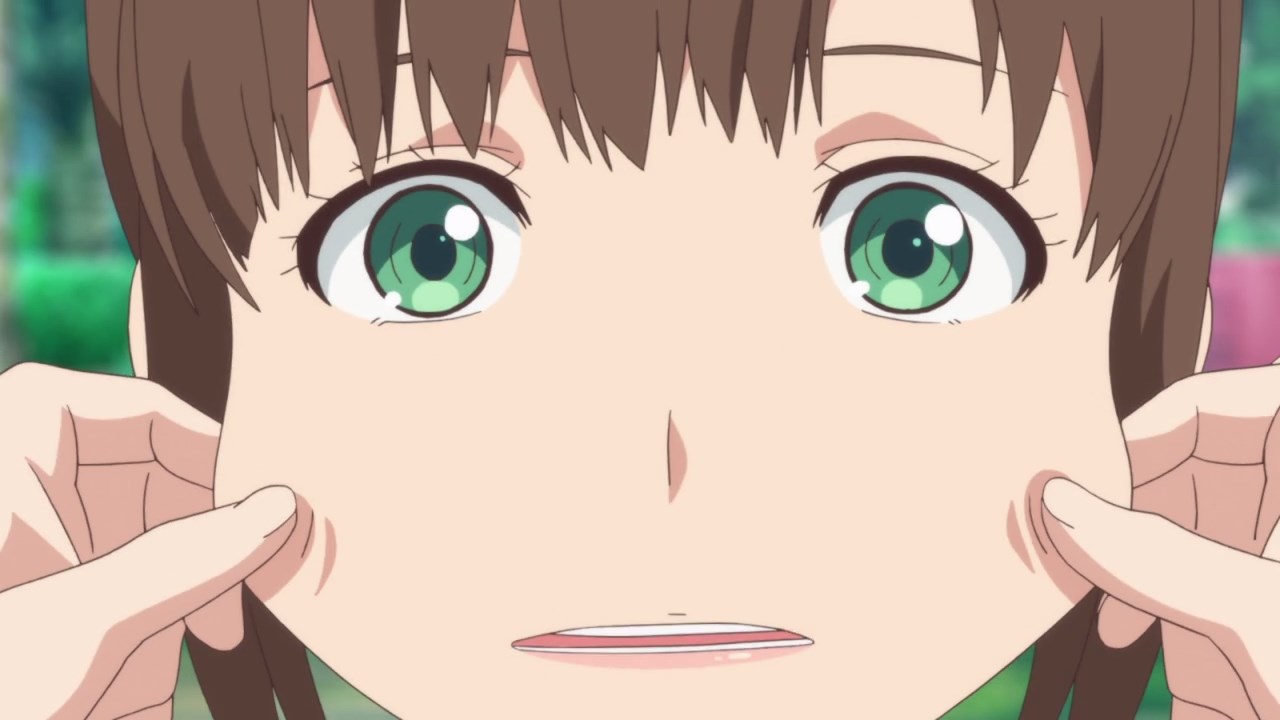 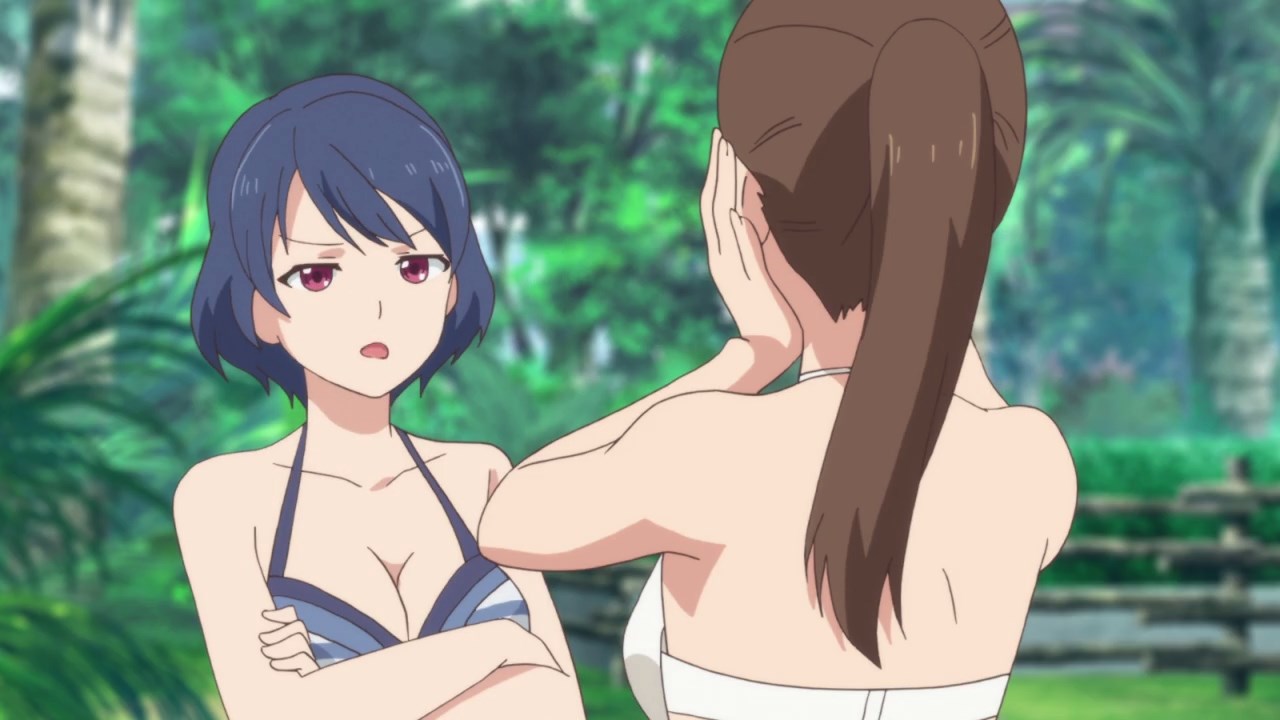 Of course, Rui will have to calm her sister down by pinching her cheeks, saying that her feelings for Natsuo won’t change even if they break up.

Also, she’s not angry or anything but in truth, Rui is still angry (and jealous) that her sister stole Natsuo away from her. I guess that her first time with Natsuo has changed her life that Rui is starting to like him, although she’s starting to hate Natsuo because of her sister. 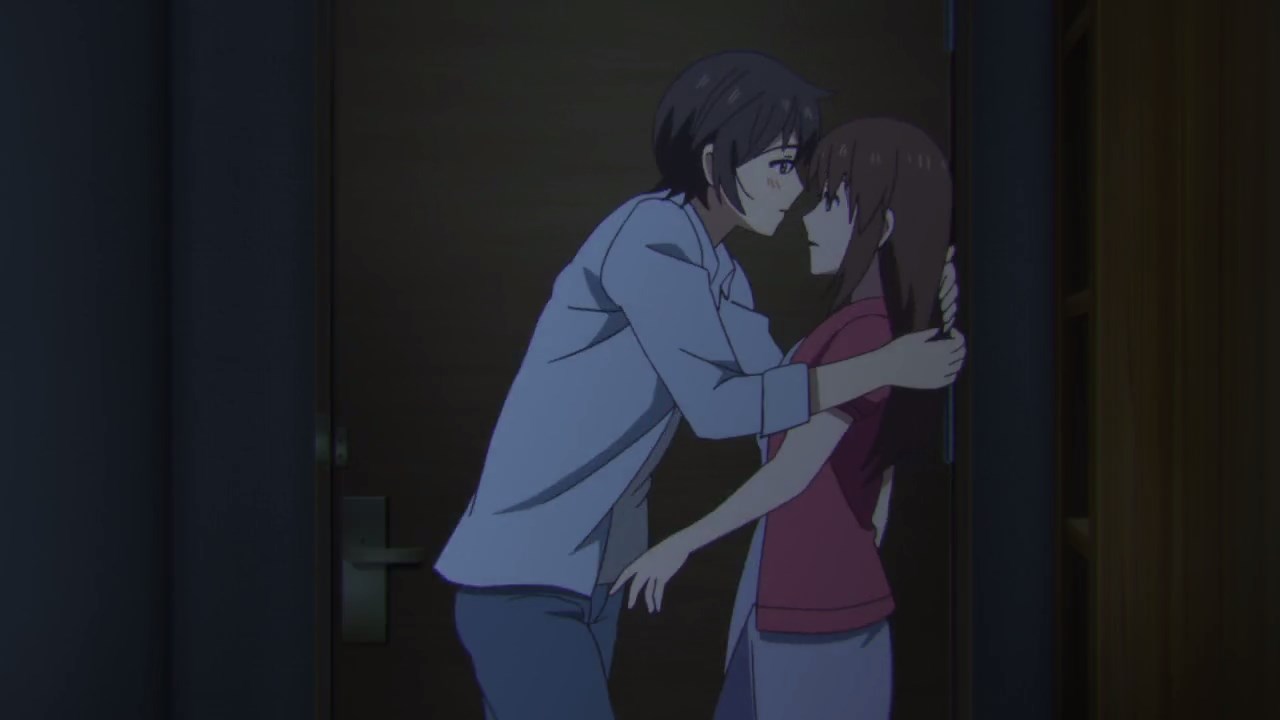 Speaking of Natsuo Fujii, he decides to pay a visit to Hina Tachibana because he can’t take it anymore. I mean, he wants to do it towards Hina-nee since Natsuo is madly in love with her. 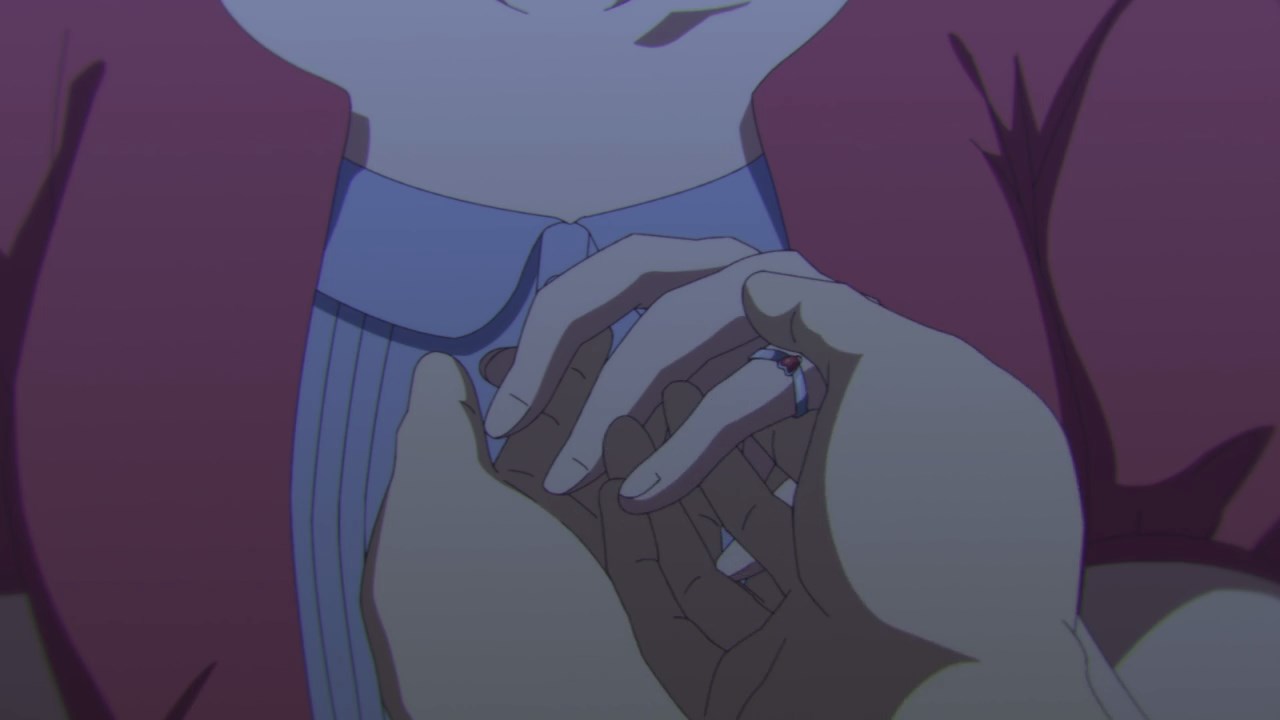 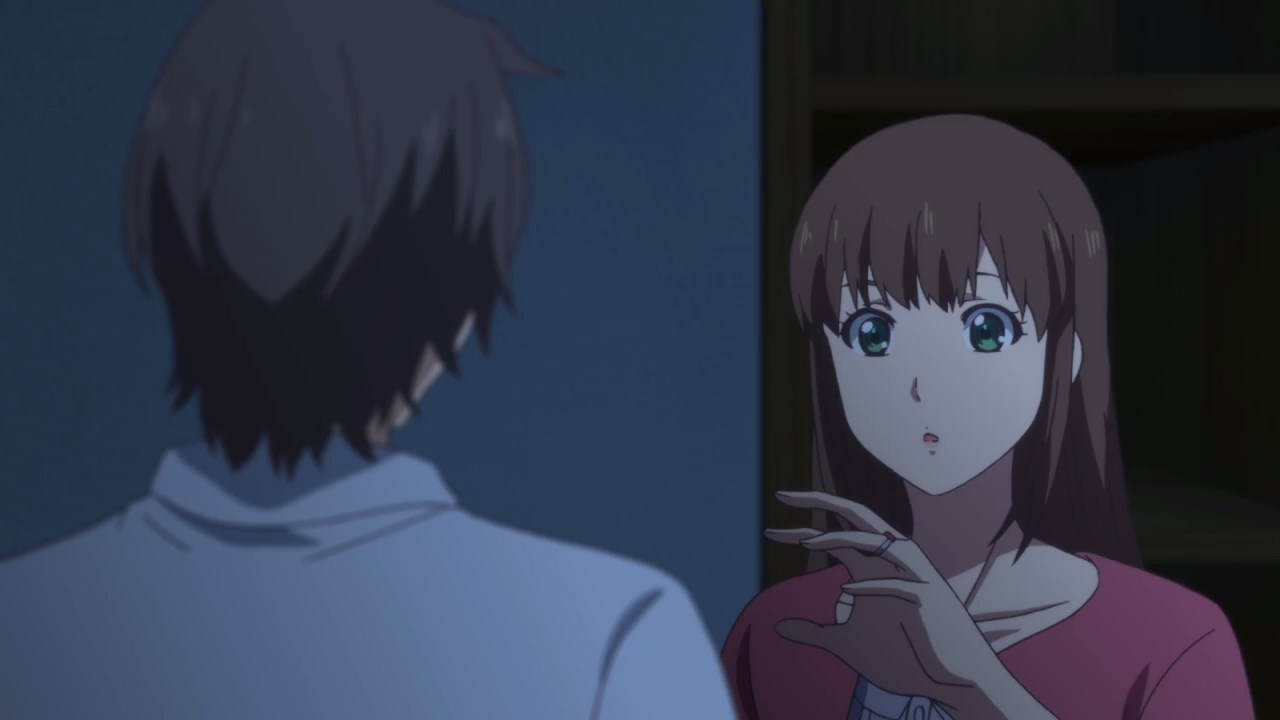 But first, Natsuo gave something to Hina-nee. It’s a ring which Natsuo bought it from a gift shop and although it’s a cheap one, it’s the thought that counts where Natsuo wants to be with Hina-nee forever. 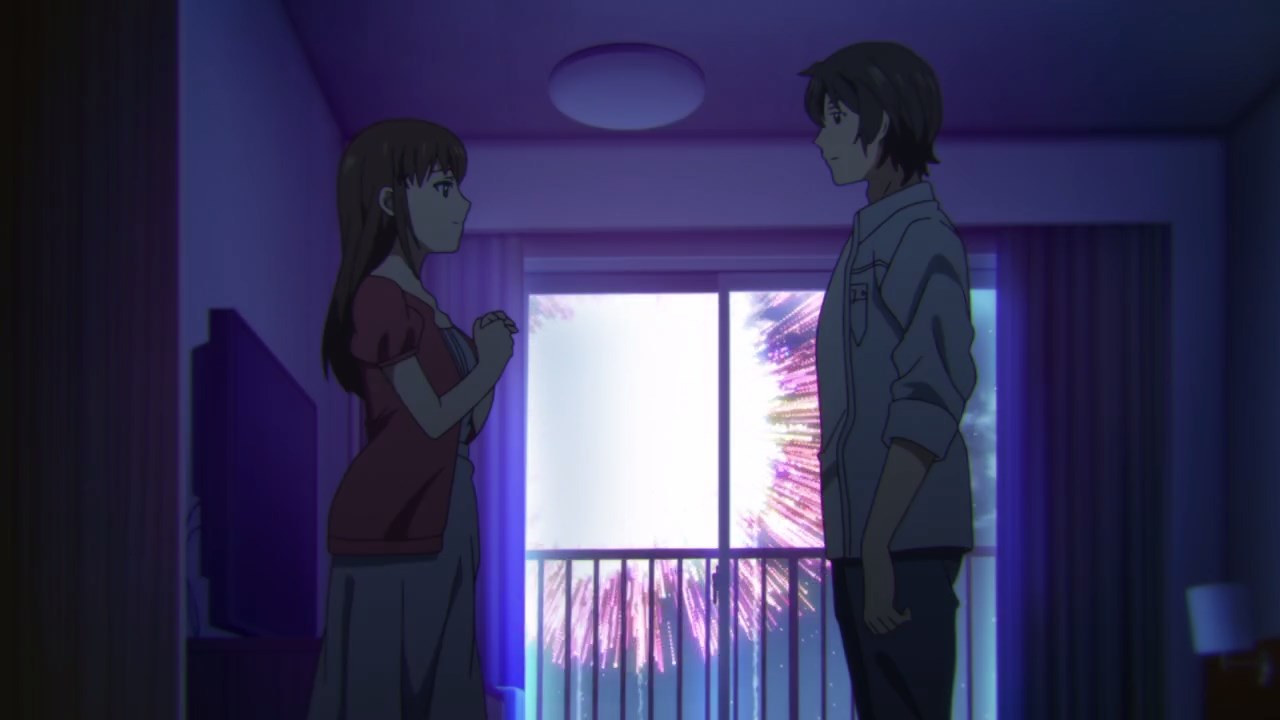 And so, it’s official that Natsuo Fujii is now dating Hina Tachibana. Not only that, but we got a fireworks display at the background, which is a neat thing to see. 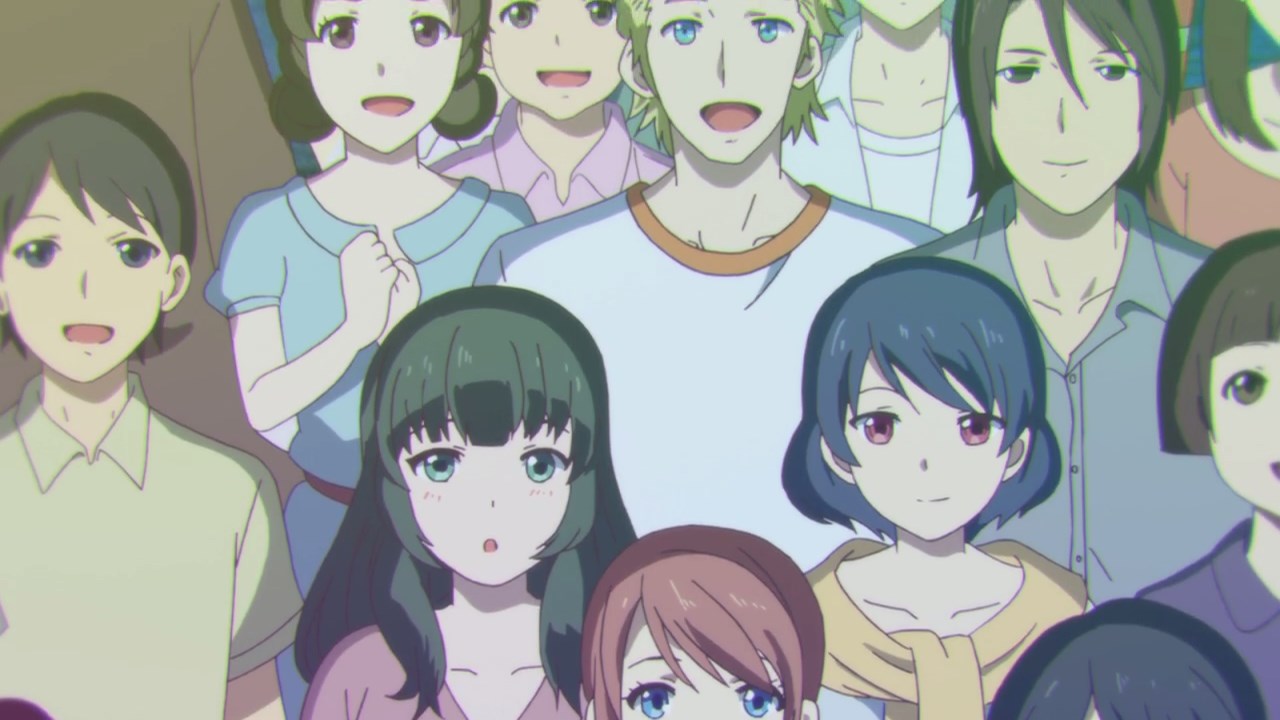 Anyways, everyone is watching the fireworks as it’s their last day at Okinawa. I mean, they love watching it as they’ll remember it for the rest of their lives.

But for Natsuo Fujii and Hina Tachibana, they had sex on the last day of the school trip. Sadly, this is gonna bite them hard, especially Hina-nee when various teachers are concerned about her illicit relationship with a student. Really, it’s history repeating itself right there.

Anyways, I’ll see you next time for the final episode of Domestic Girlfriend and man, it’s gonna be a drama fest now that Hina-nee and Natsuo are exposed!