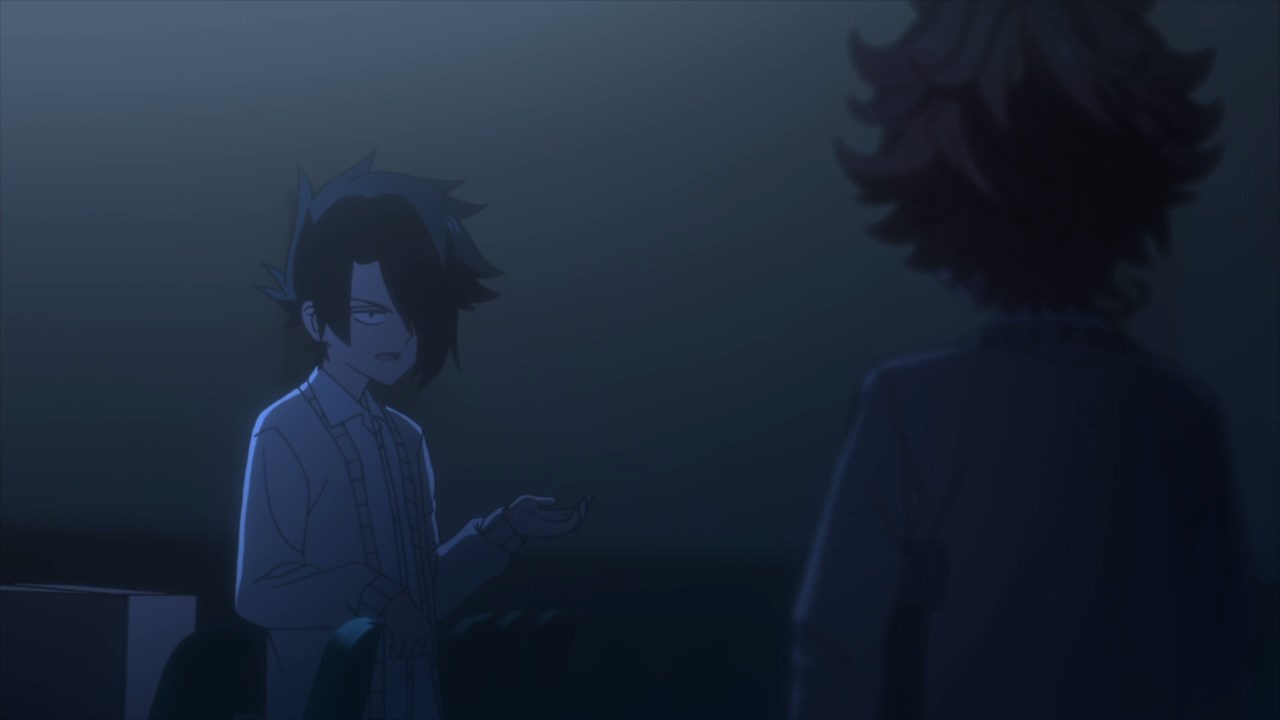 Here’s Ray as he’s surprised to see Emma on the eve of his birthday. So, what is she’s gonna do towards Ray? Mock him because he’s gonna die soon? 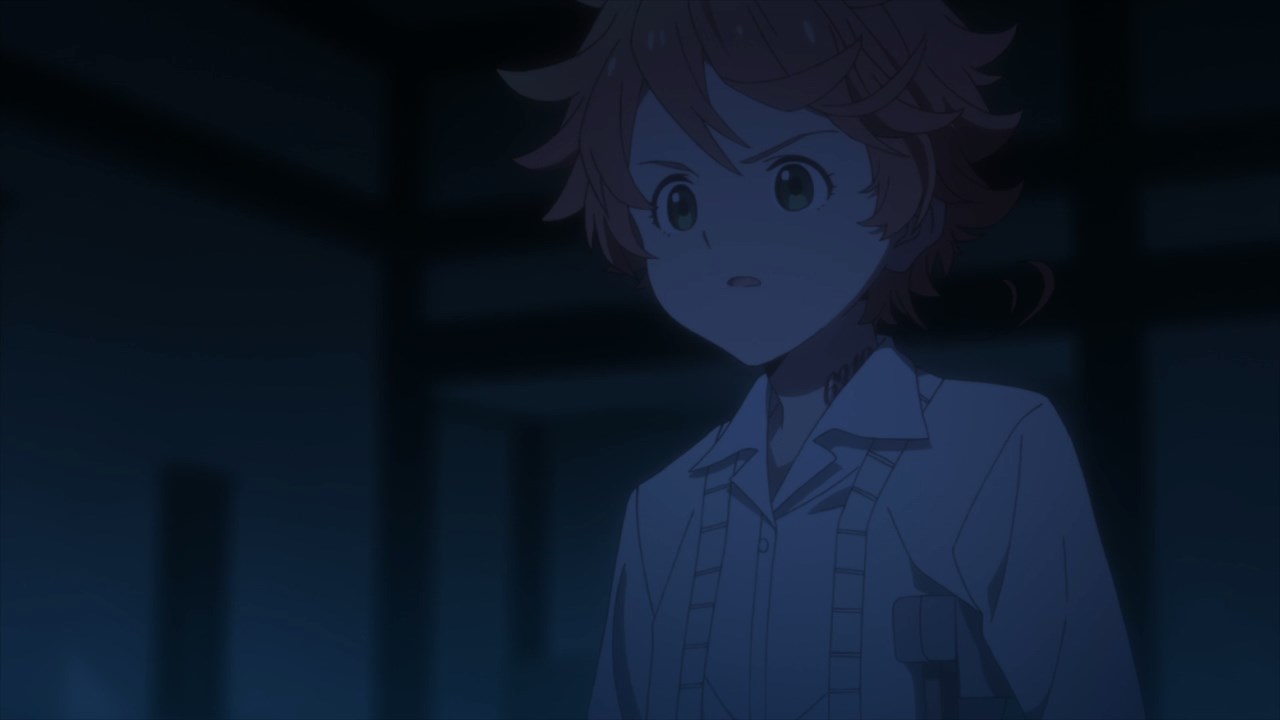 Well, not quite because Emma still wants to escape the orphanage and survive from the demons. Heck, she made preparations to survive for longer days once they got out of Grace Field.

Gotta say that she haven’t given up of getting out of the orphanage despite Isabella telling her that it’s impossible. Now, the only thing we need to wait is how will Ray react to this. 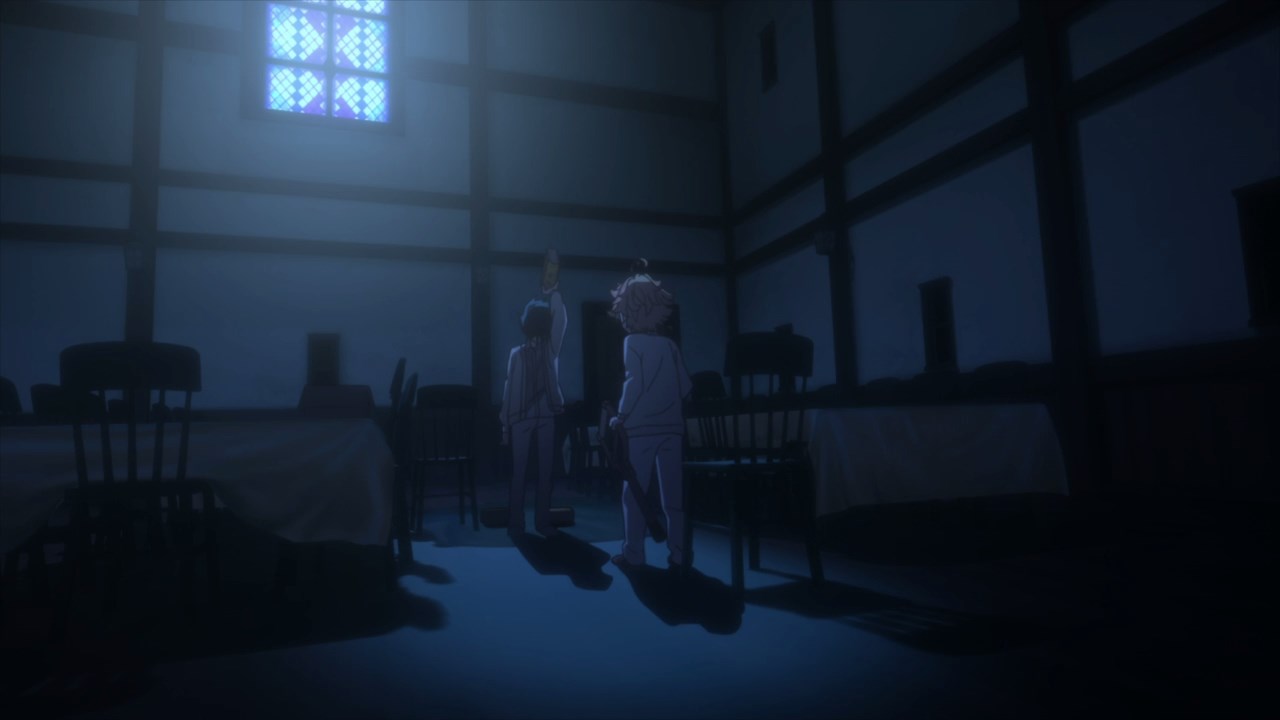 However, his response is gonna be like this. You see, Ray will set the entire orphanage and himself on fire so that Emma and the rest can live, all while Isabella will get distracted as Ray is being engulfed in flames. 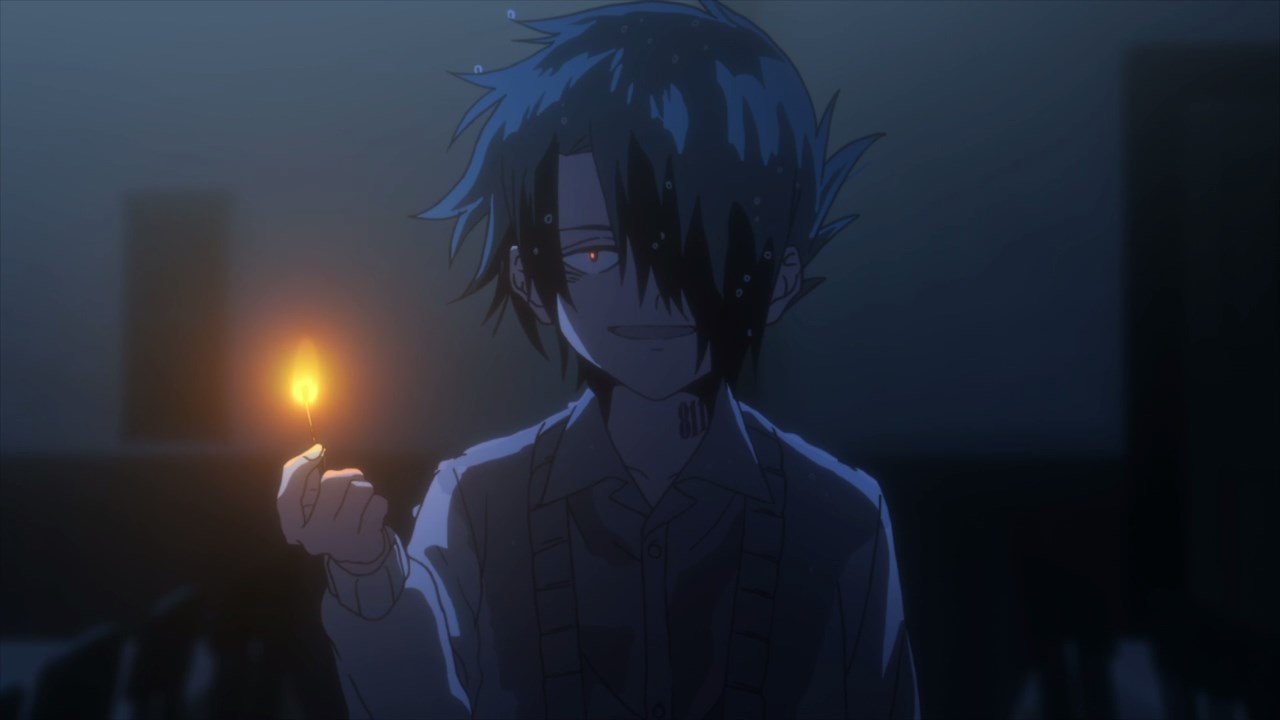 But speaking of Ray, he’s basically tired of being treated as fodder for the demons, so Ray decides to give a middle finger to Mother Isabella by sacrificing himself. 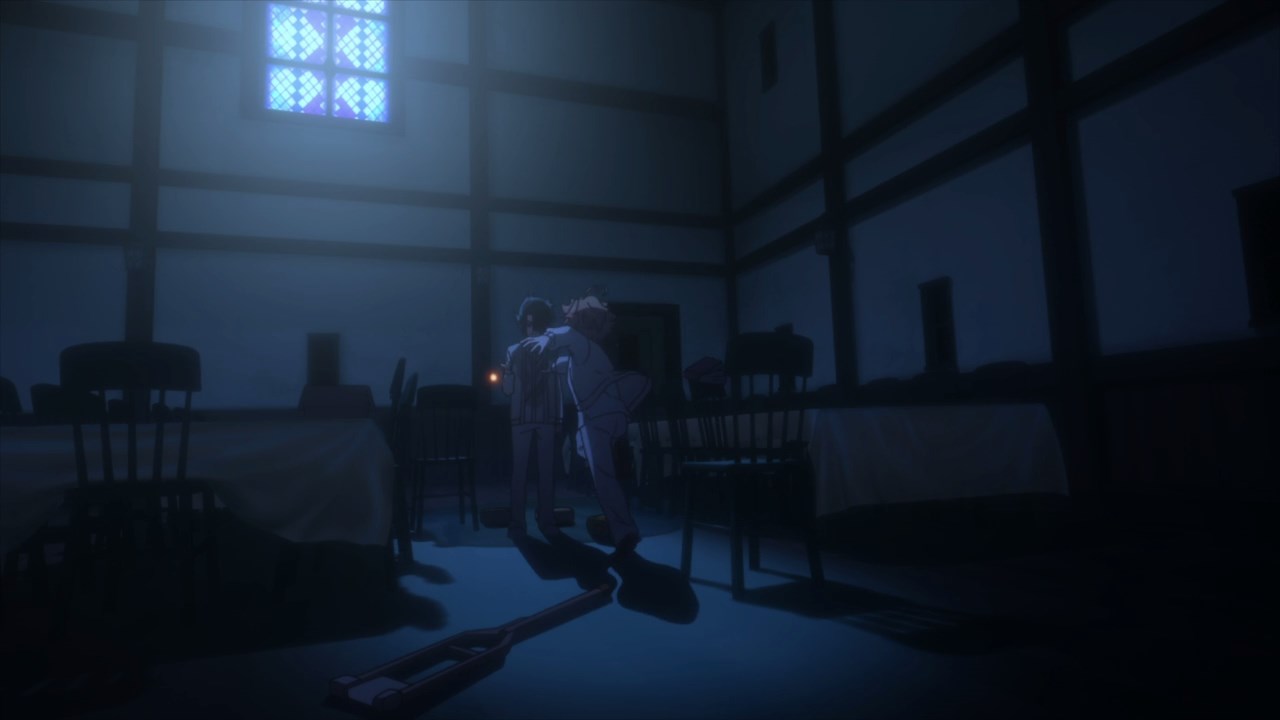 Of course, Emma won’t let Ray kill himself via self-immolation as she tries to stop him now that her legs are fully-healed. Then again, I have a feeling that she might fail to save Ray’s life. 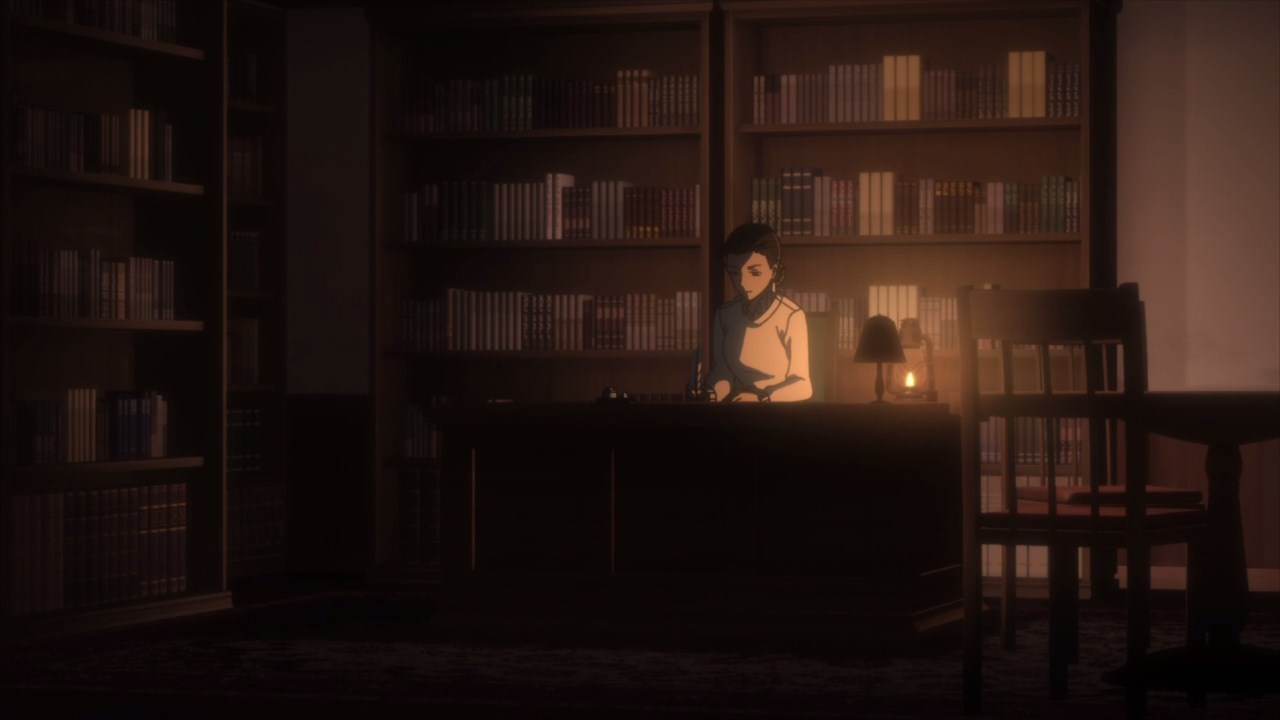 Meanwhile, here’s Mother Isabella as she awaits the day of Ray’s birthday because she’s gonna ship him to the demons. Unfortunately, she shouldn’t get confident that the shipment will go smoothly. 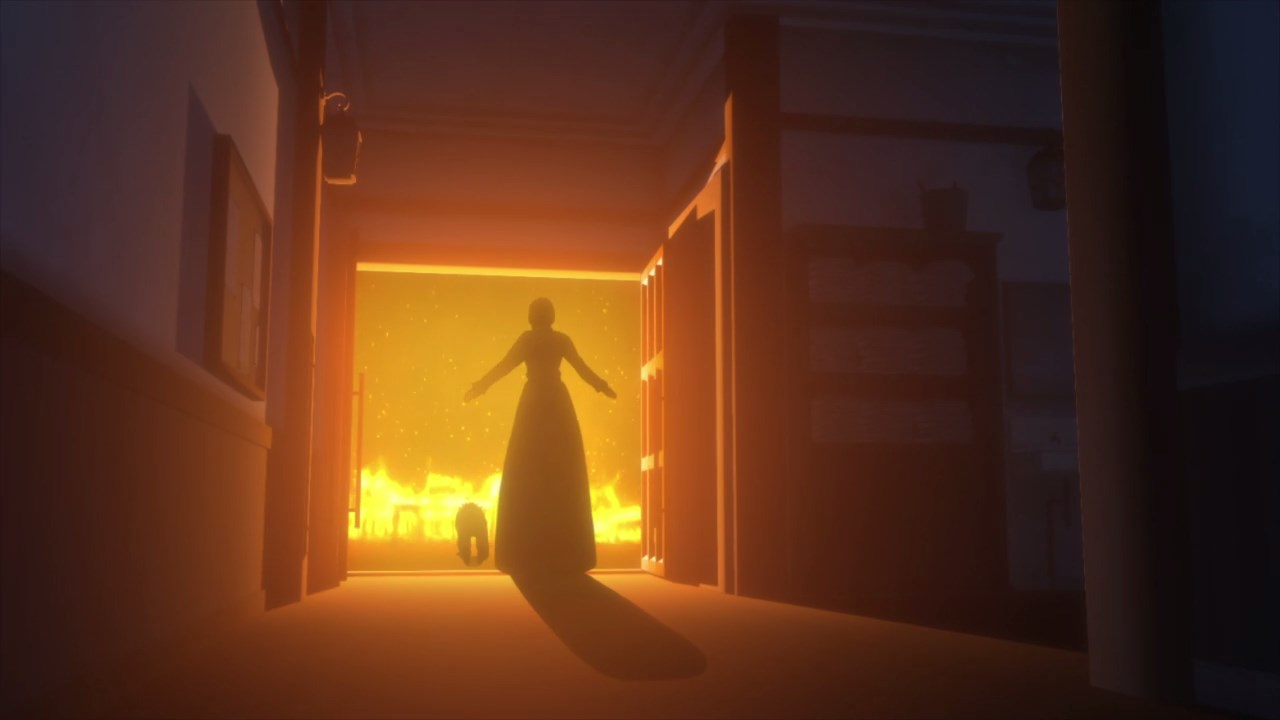 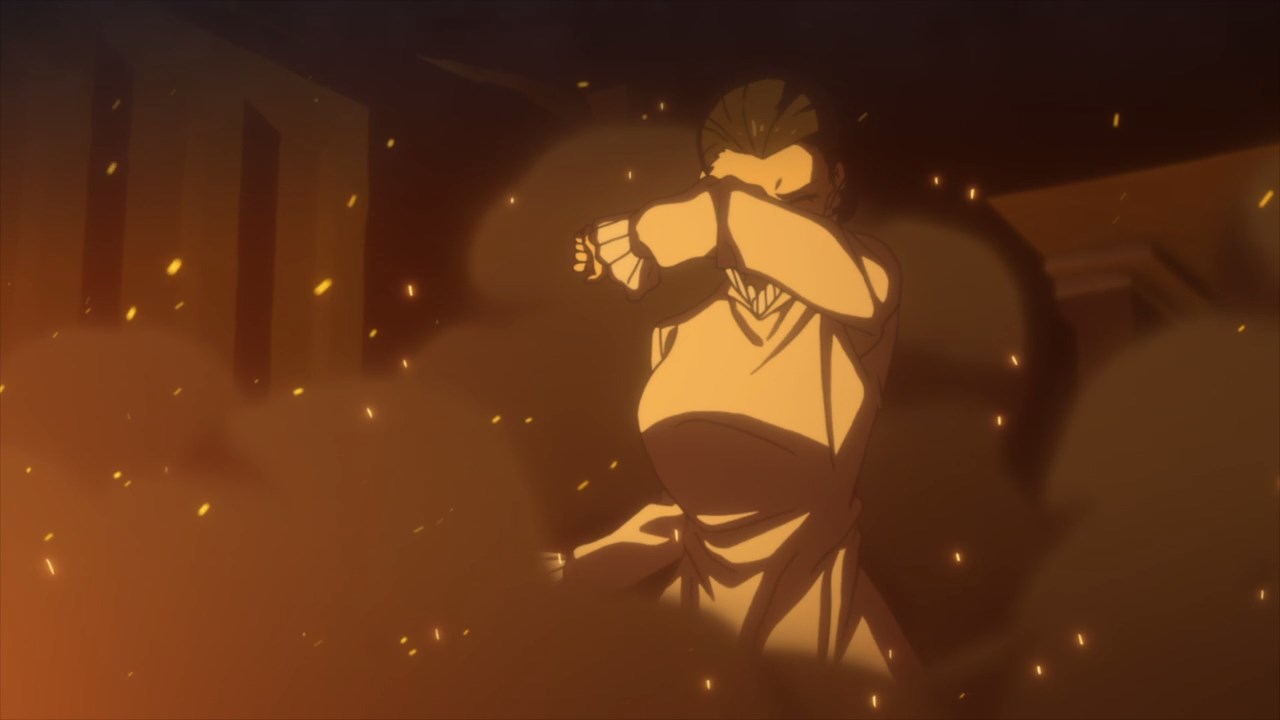 Especially when Ray is burning himself that Isabella is caught off-guard by this bizarre event inside Grace Field. 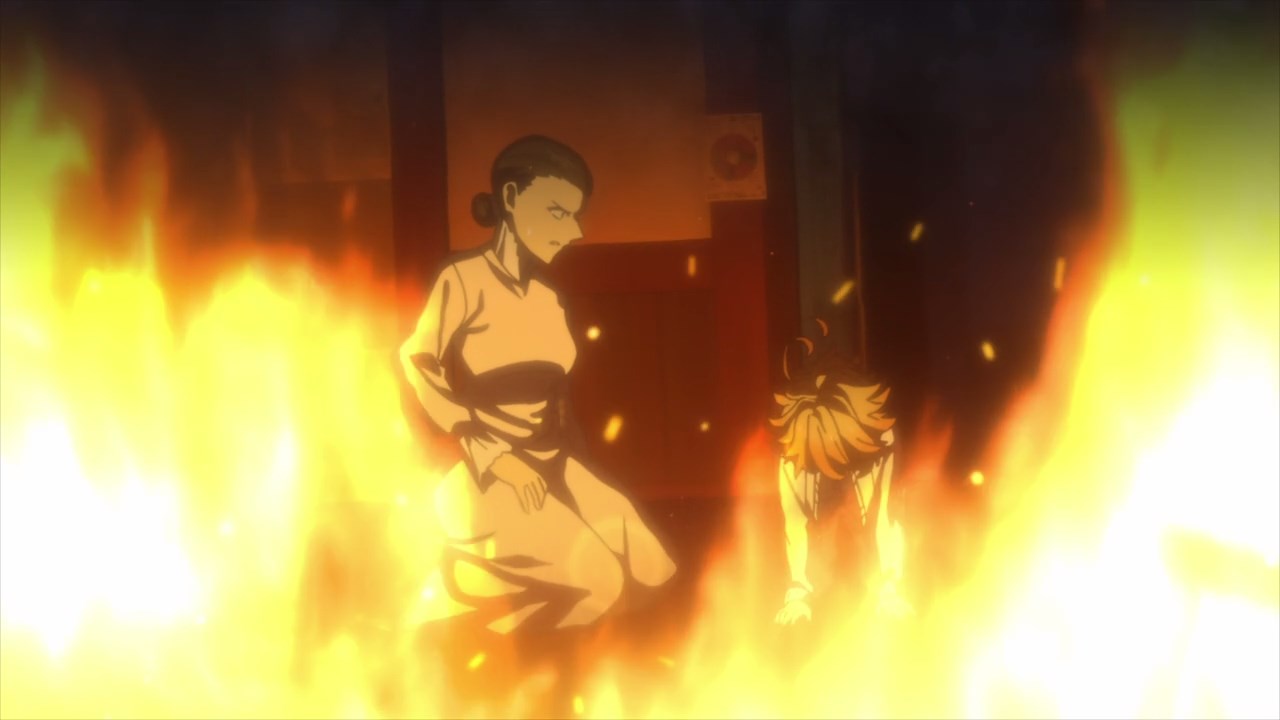 As for Emma, she’s currently in distraught now that Ray has burned himself to death. Seems that she failed to rescue her only friend. 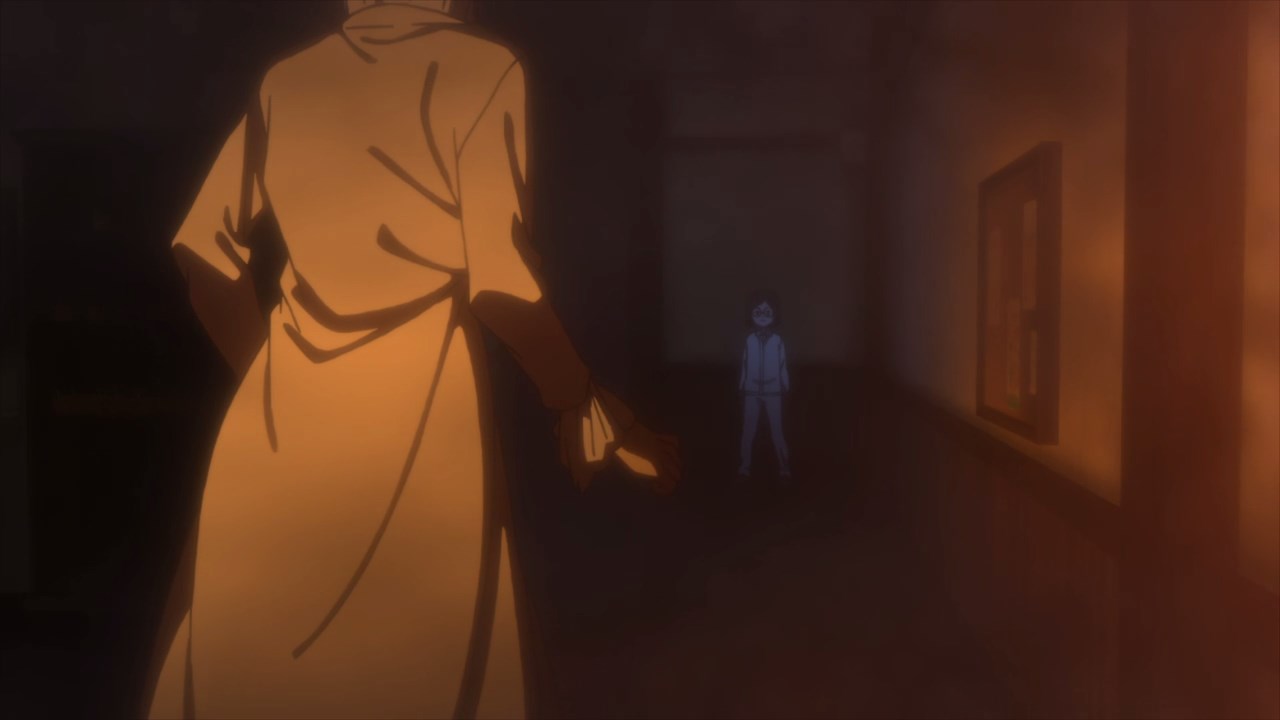 So for the time being, Mother Isabella told everyone to get out of the burning orphanage so that the children are safe.

C’mon, she doesn’t want her goods getting burned to a crisp, those demons will be very disappointed towards Isabella if that happens. 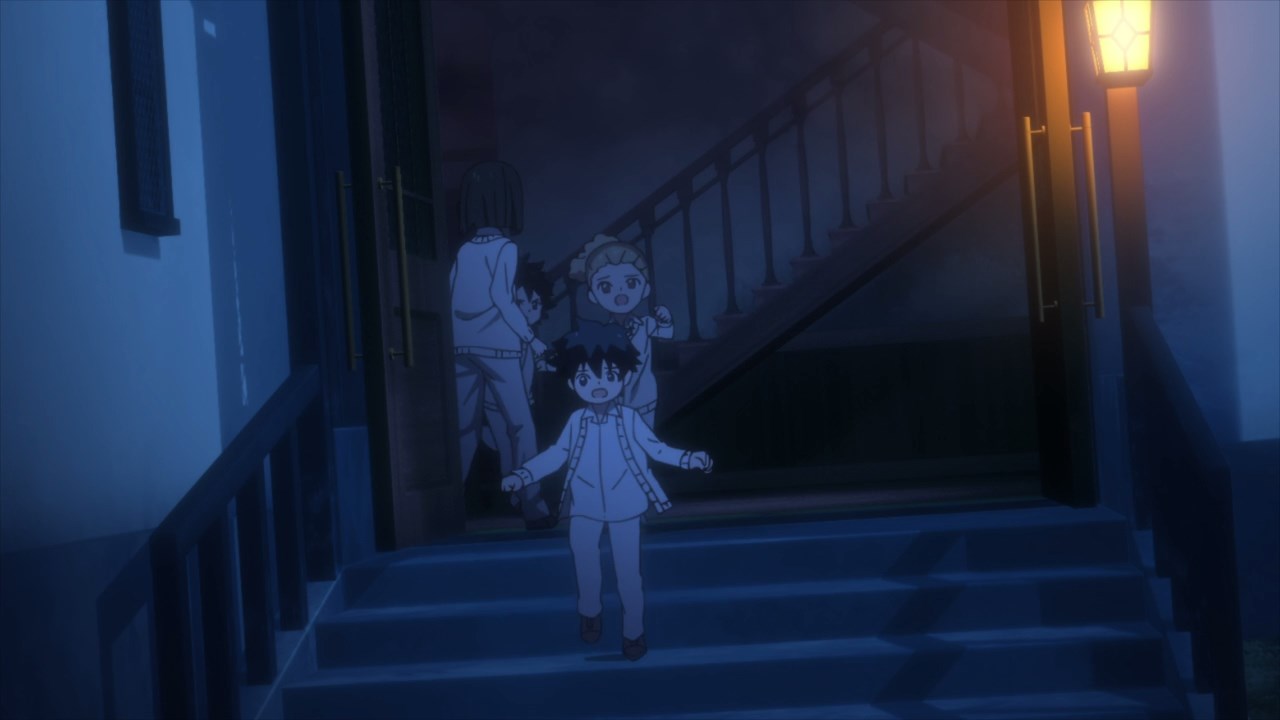 And so, the children got out of their beloved home in order to save themselves. Then again, I have a bad feeling about this… 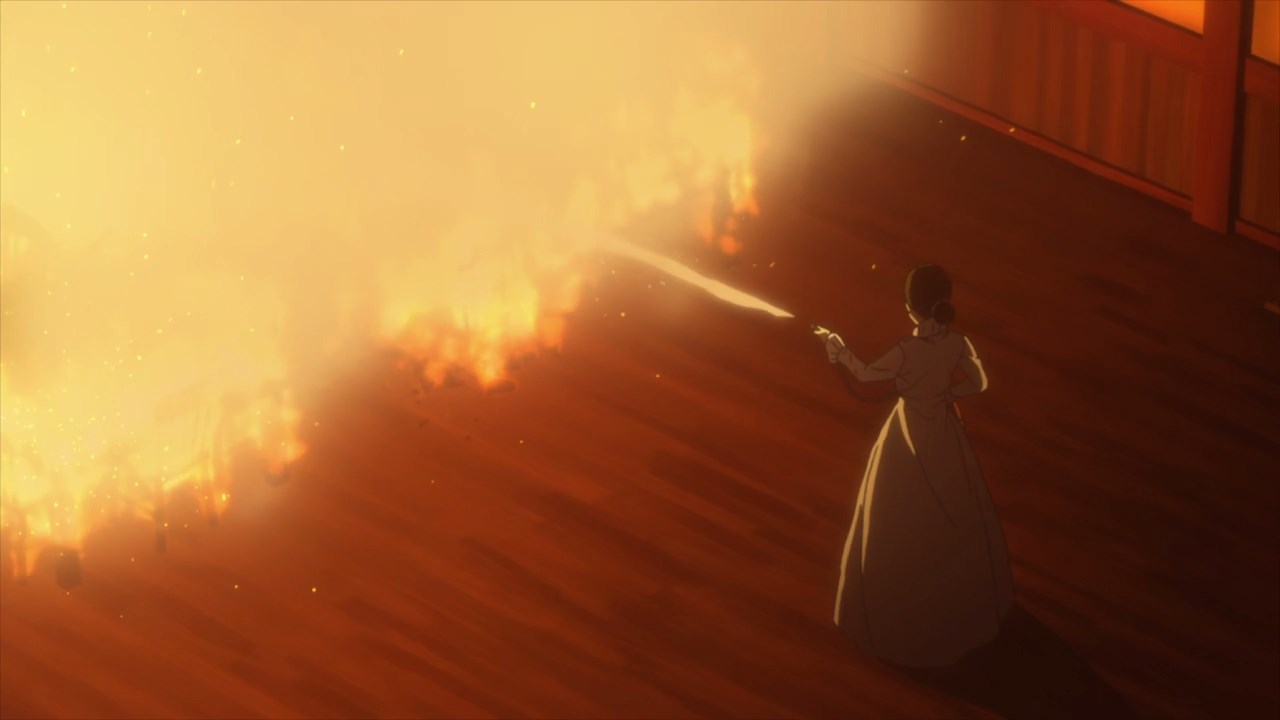 Anyways, Isabella continues to put out the fire, hoping that she can save Ray’s brain his body is already burned beyond recognition. 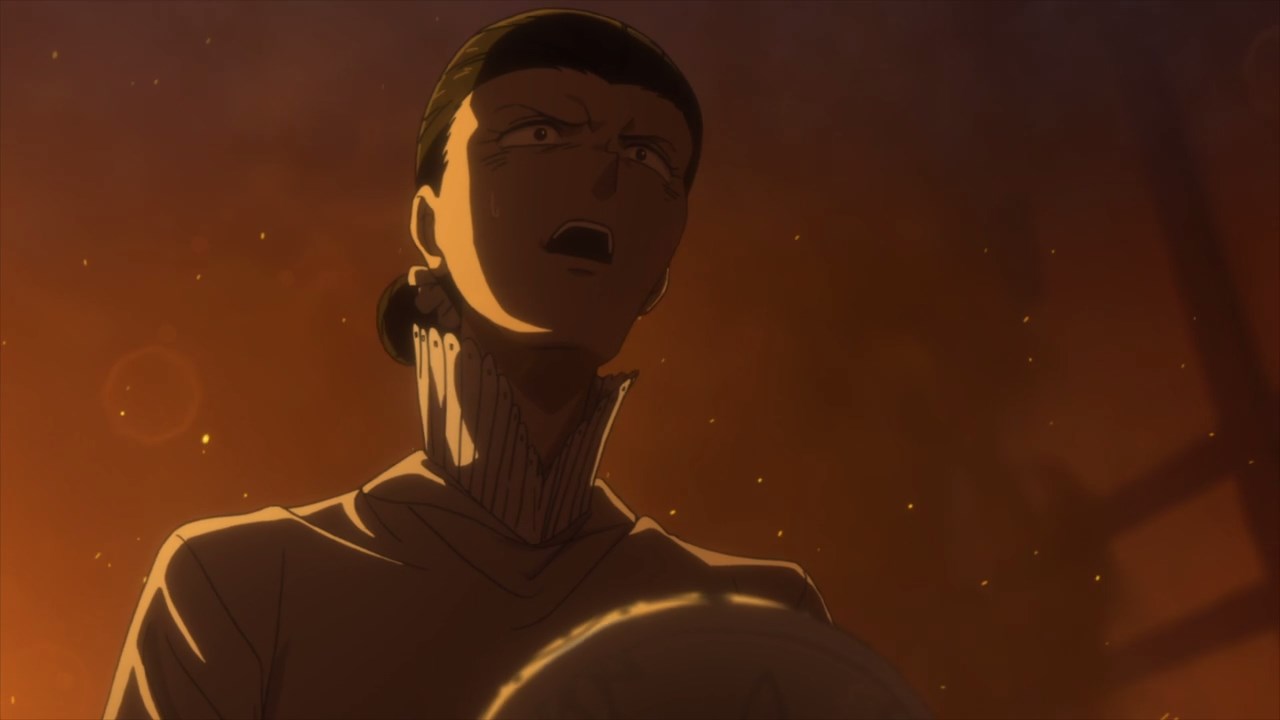 But then, she realized that Emma is nowhere to be seen as Isabella tries to find her child through her radar. 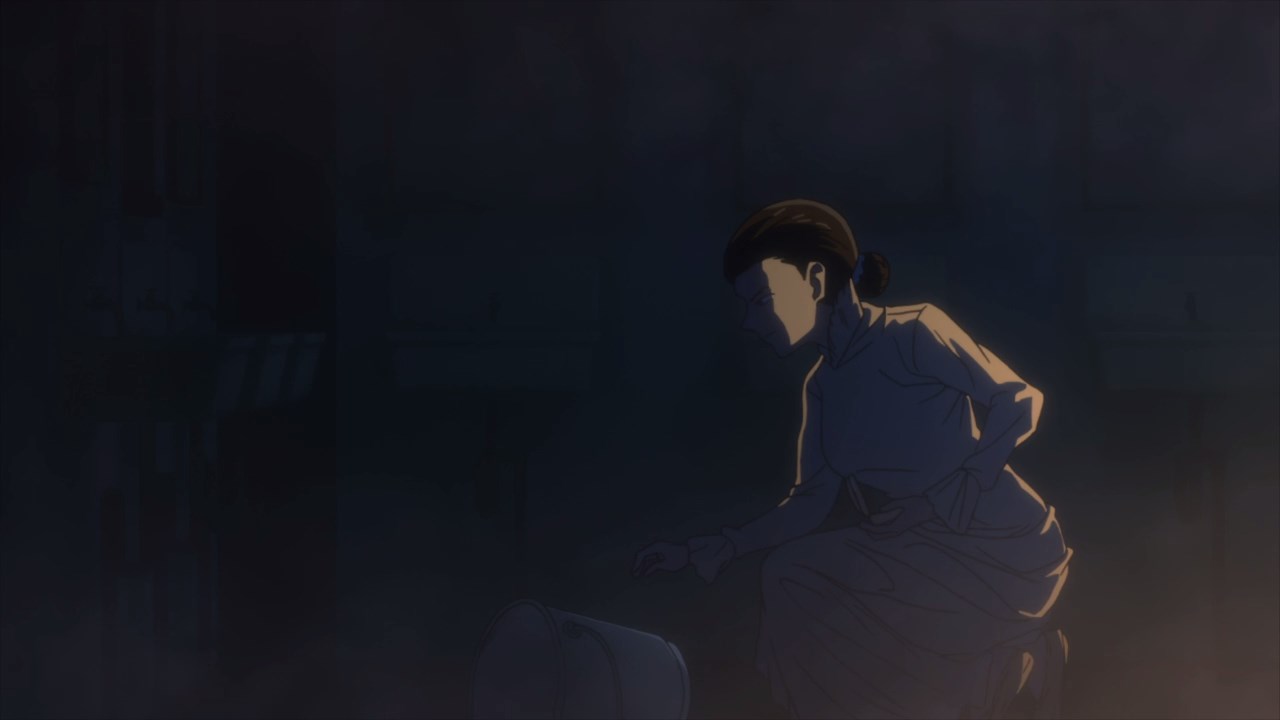 Eventually, she found Emma’s location, but Isabella will be in for a surprise… 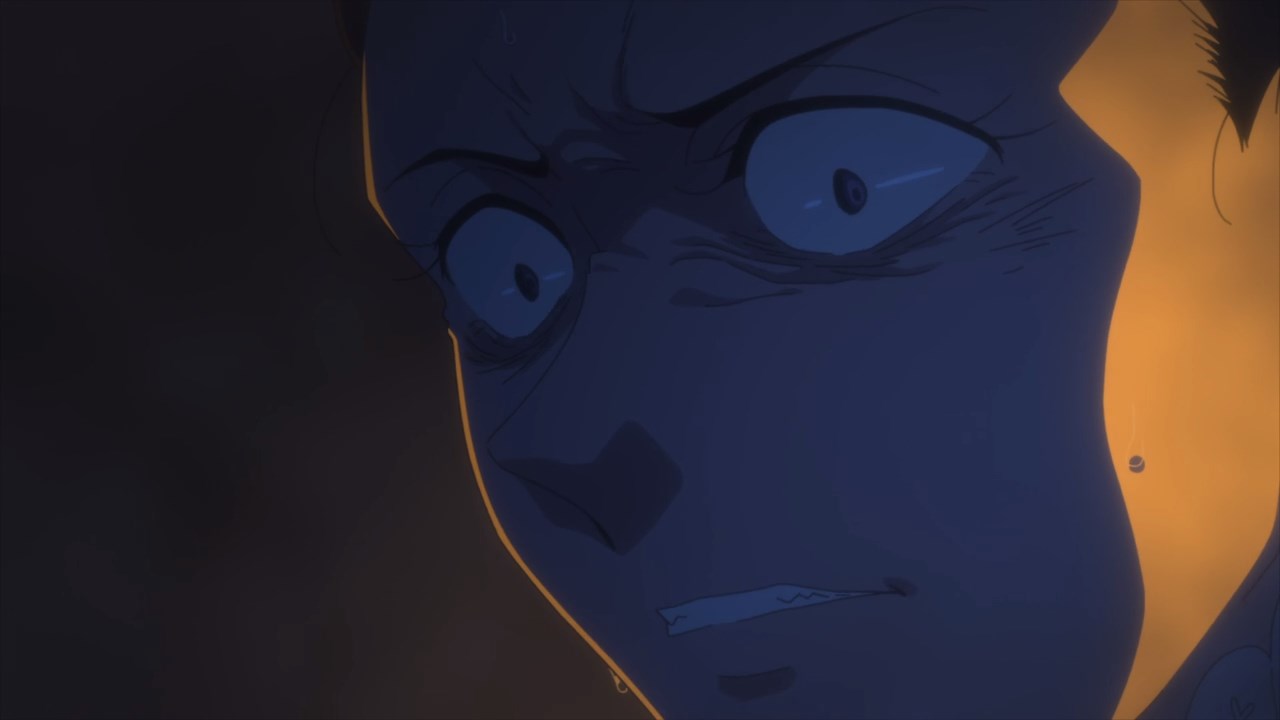 Seems that she realized that Emma escaped from the orphanage as Isabella found something under the bucket. 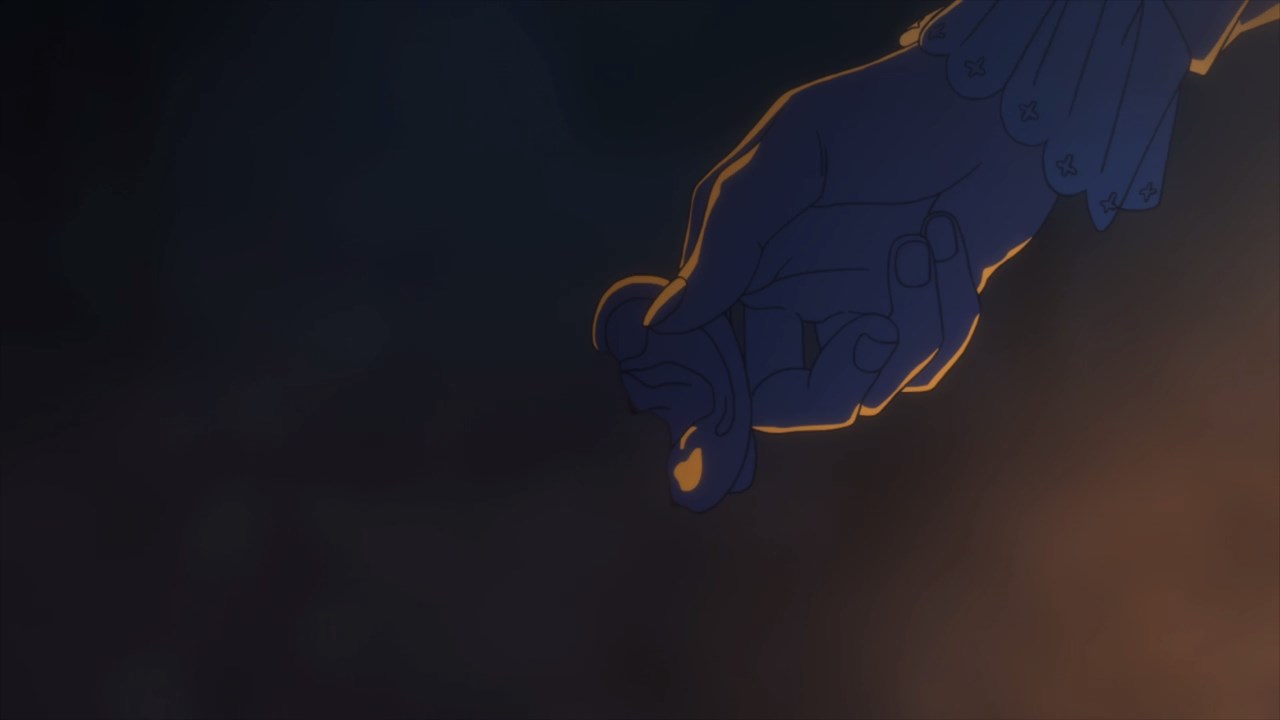 It’s actually Emma’s left ear as she cut it in order to fool her foster mother. But wait, where’s Emma? 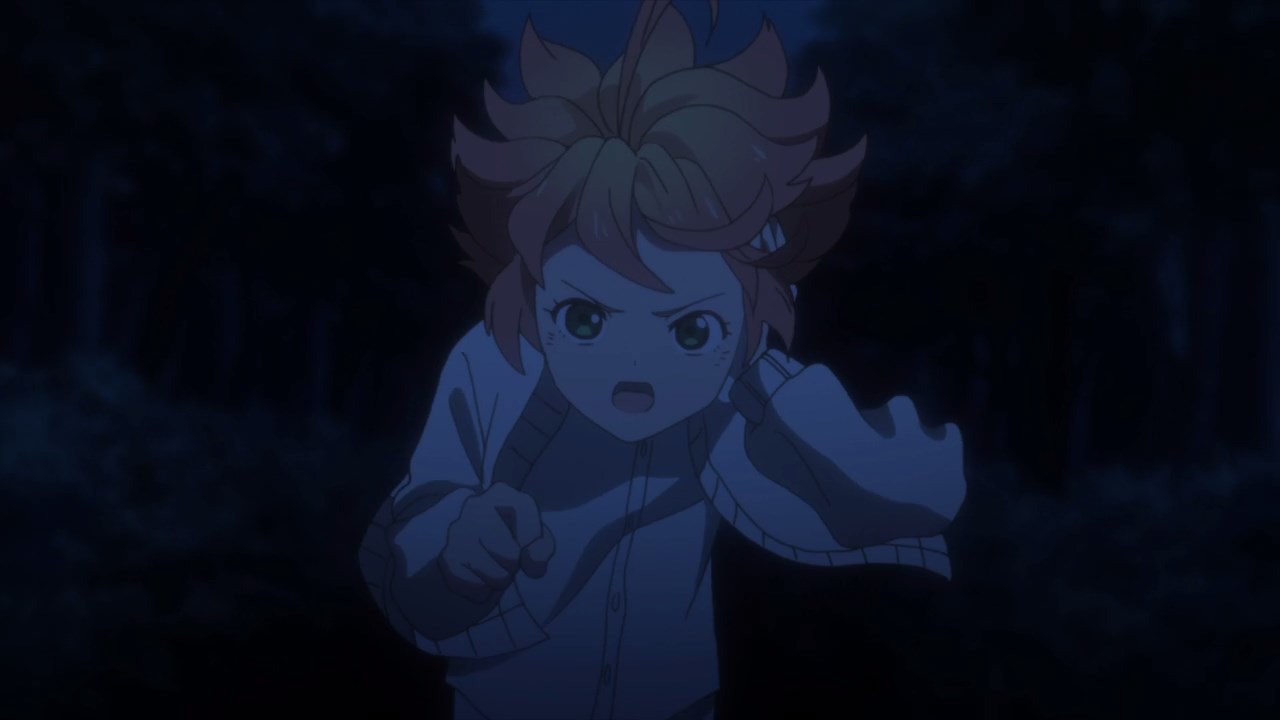 Well, she’s currently running away from the orphanage while holding her left ear, as Emma is going to meet her siblings and make their escape. I must say that cutting her own ear is bloody painful. 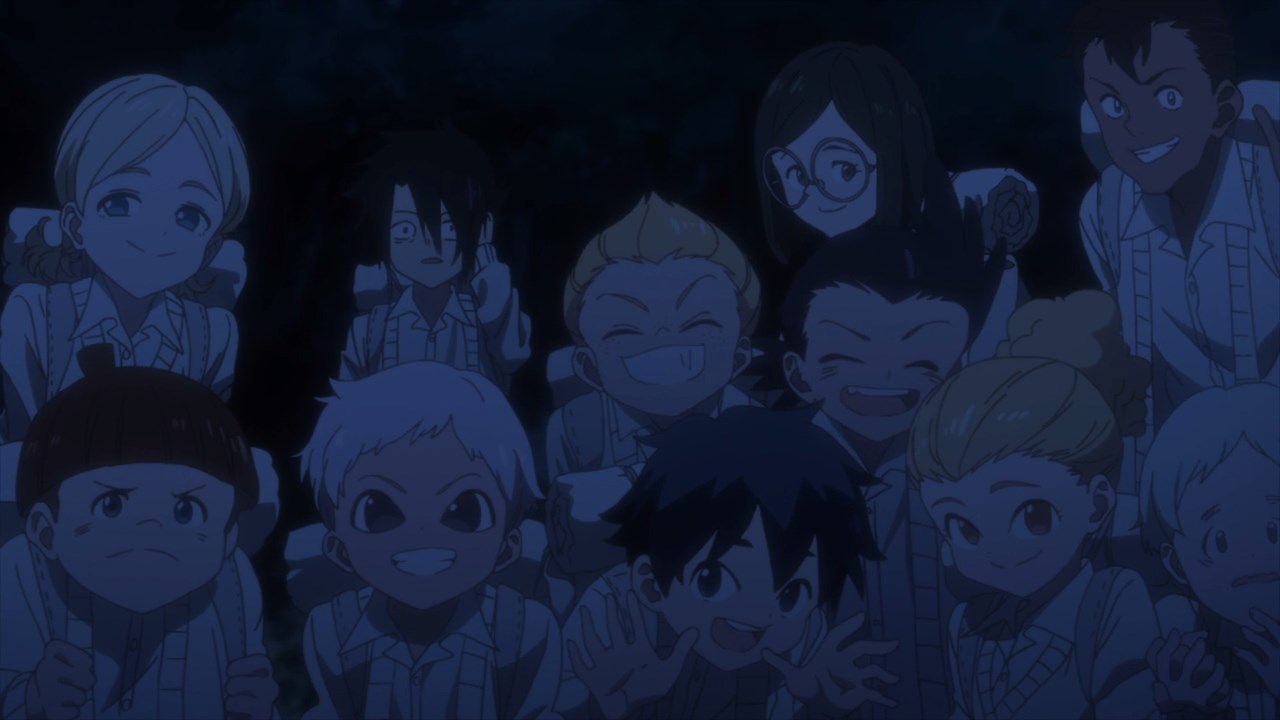 And here are the kids from Grace Field as they’re ready to get out from their orphanage. Even Ray is surprised to see them fully-prepared for the day of their escape.

It turns out that these little kids are secretly trained by Emma, Don, and Gilda so that they could save themselves from becoming demon food. I’m impressed that they learned a lot for the day towards freedom, but anyways it’s time for these kids to leave Grace Field and I hope that everyone participates for this escape. 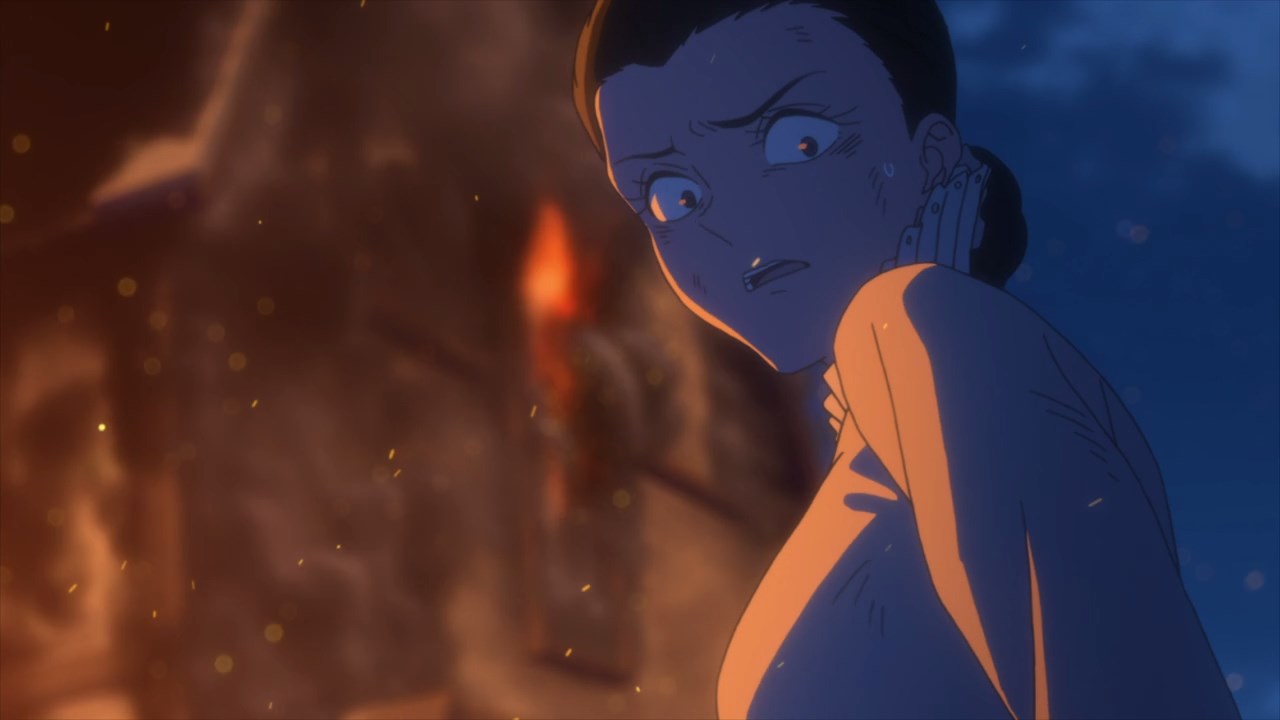 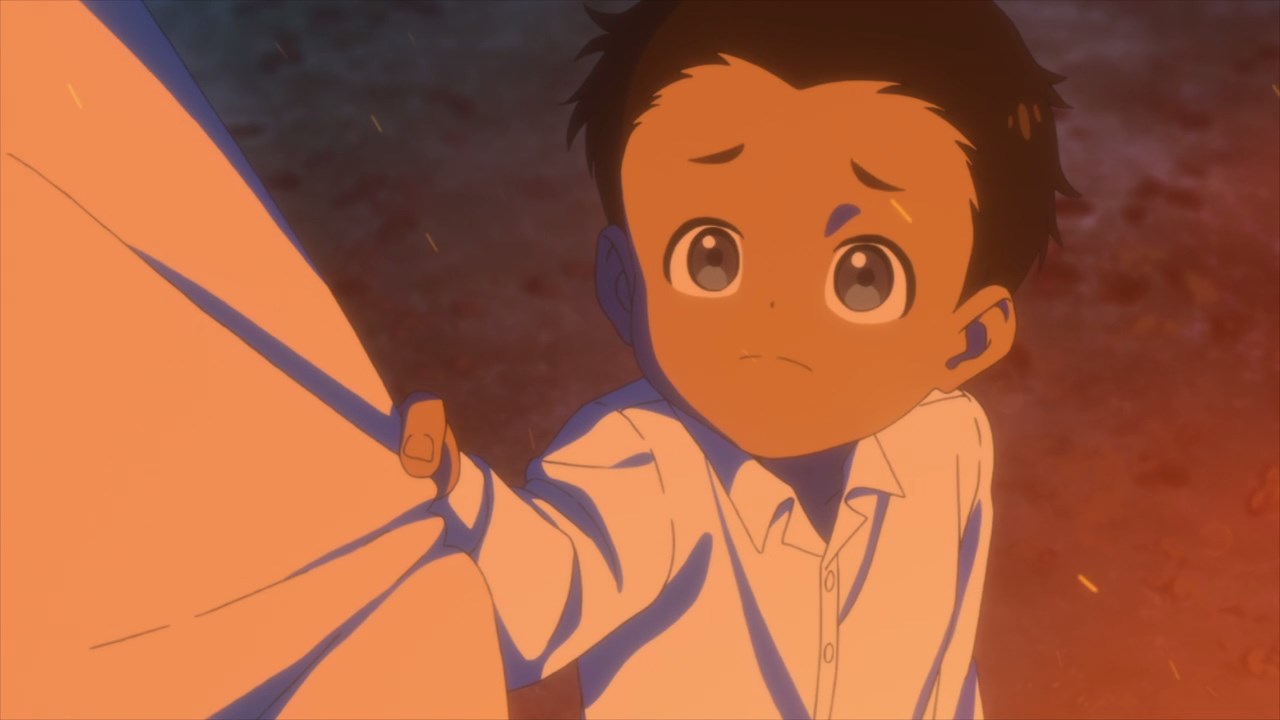 Then again, I spoke too soon as the only orphan remained in Grace Field is none other than Phil. Why Phil, WHY!?

Anyways, tune in next time for the final episode of The Promised Neverland as everyone will risk themselves on saving Phil and make their escape. But seriously, is Phil not aware of Emma’s plan to escape the orphanage?