The Rising of the Shield Hero Episode #15 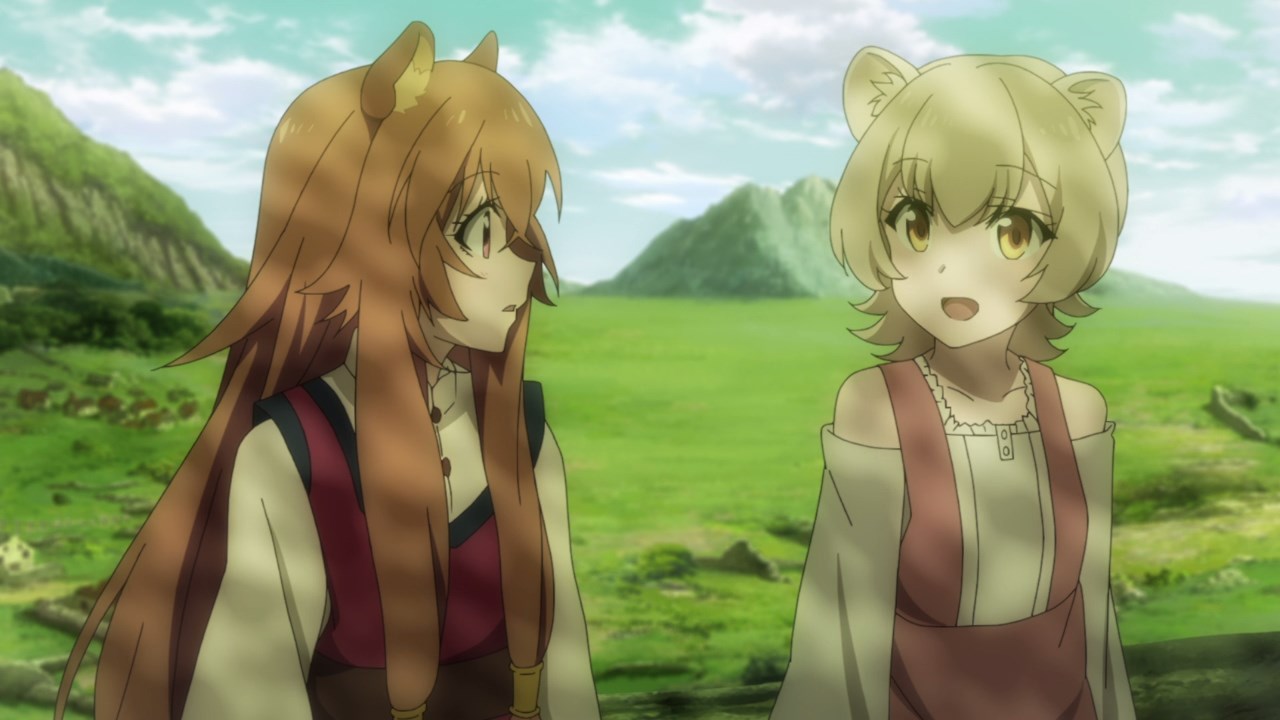 Hello everyone, it’s time to tell about Raphtalia’s life before being held in captivity. It’s a story of how her life was peaceful, talking to her dear friend Rifana every day.

Oh yeah and speaking of Rifana, she dreams of marrying the Shield Hero one day. However, Rifana’s dreams might not come true… 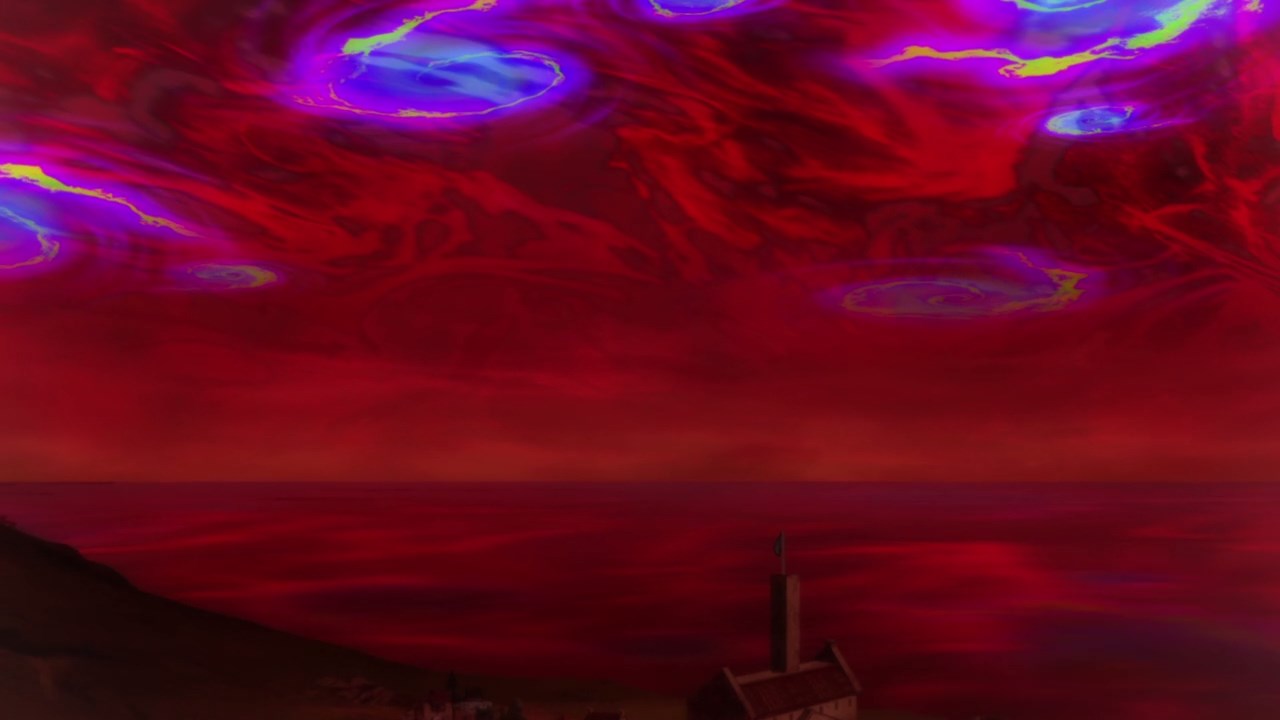 …as monsters summoned from the Wave of Catastrophe destroyed their village and killed their brethren. Even though many lives were lost, their spirit remained strong. 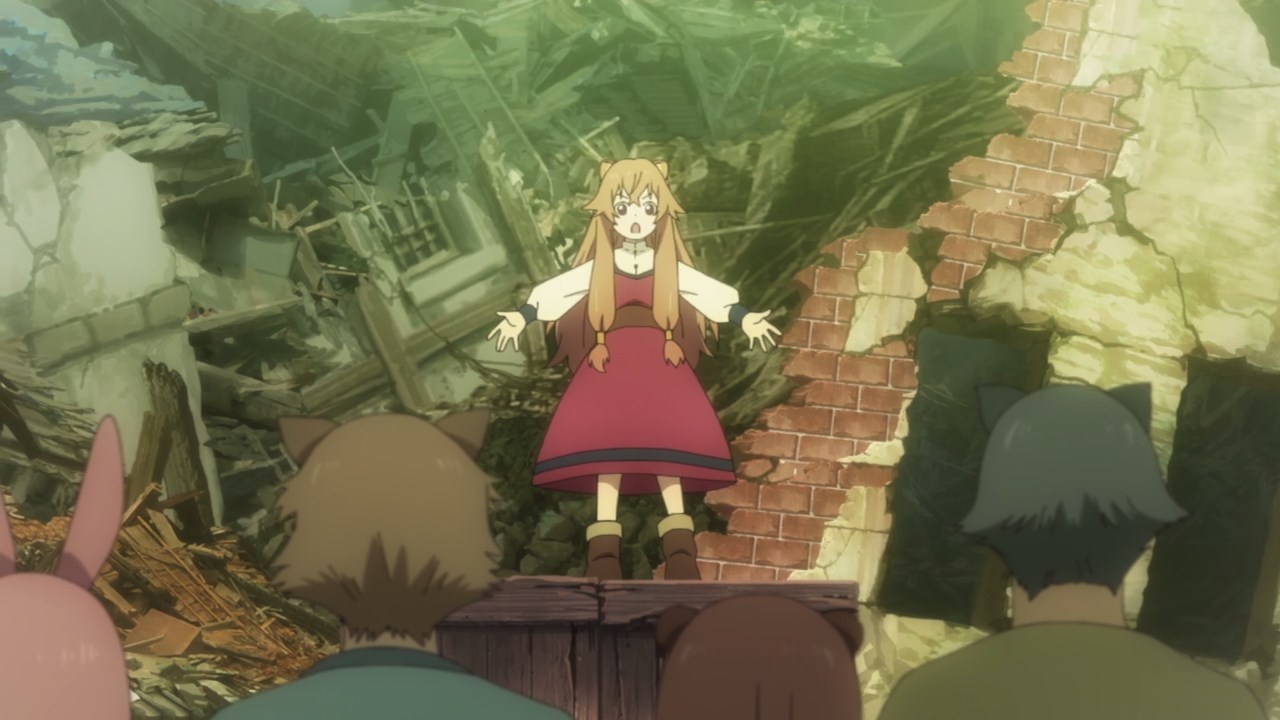 So, Raphtalia told her fellow demi-humans to rebuild their village. After all, they survived the onslaught which is a testament on how they’re resilient in the face of danger. 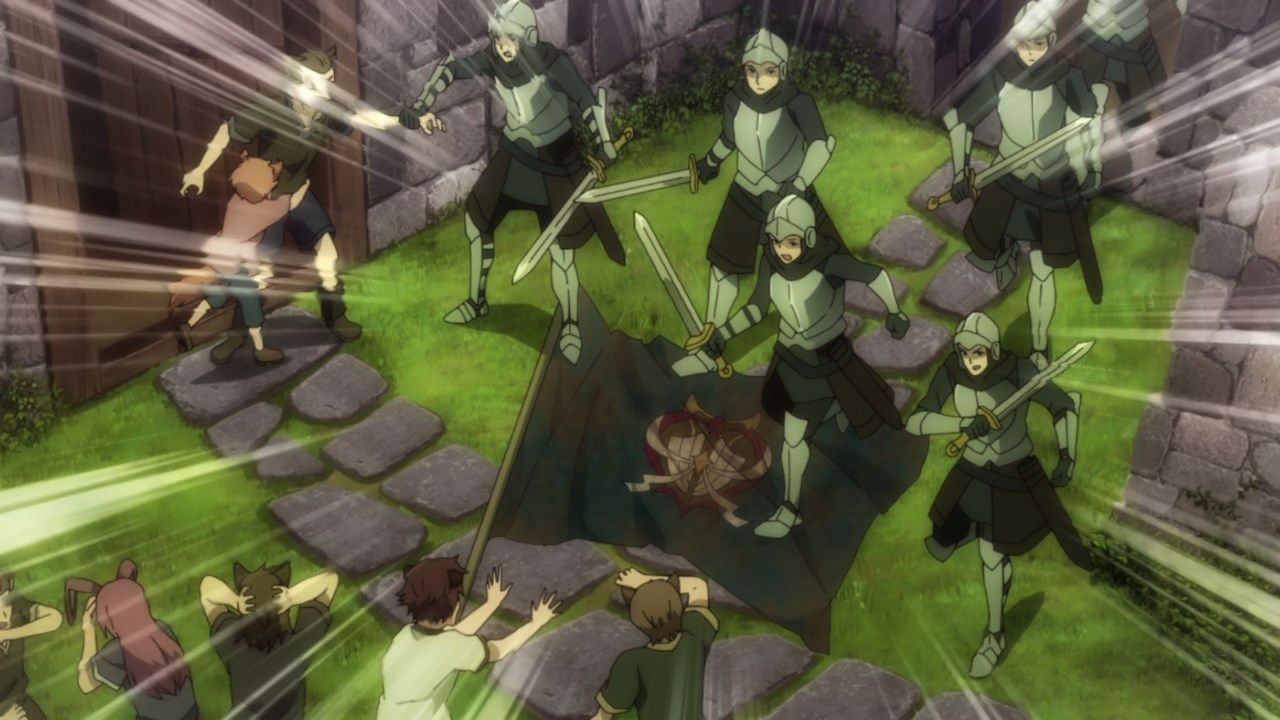 But then, hopes were dashed when the Melromarc Kingdom attacked their village and captured them. I’m not sure if King Aultcray or Princess Malty ordered the enslavement of demi-humans, but this is one of the most barbaric thing they’ve done in history. 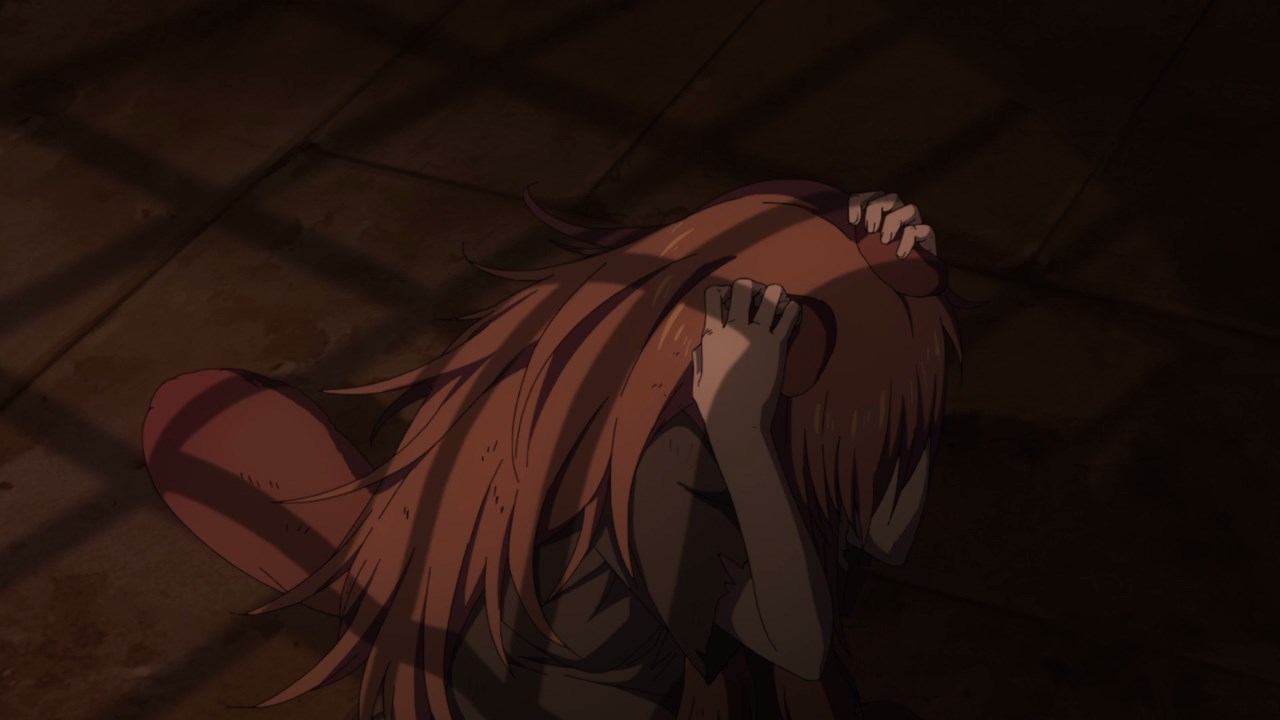 And thus, we’re here at the tail end of Raphtalia’s backstory where she and her people are being tortured constantly by Idol Rabier, although Rifana is the one who suffered the most.

Even though she got taken to a slave merchant which Naofumi eventually bought her, Raphtalia is still worried that her people might not survive. 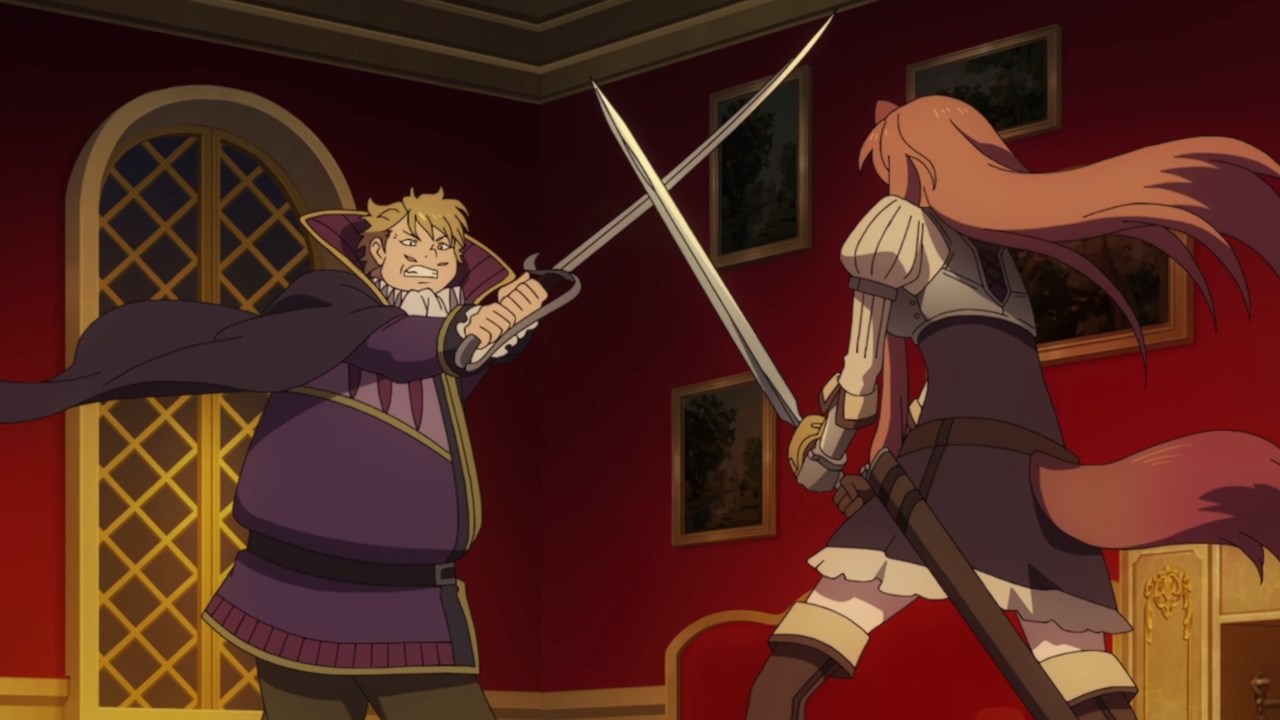 And now, let’s go back to the present and it appears that Idol Rabier is still defiant, tricking Raphtalia by begging her to spare his life before delivering the sneaky move. 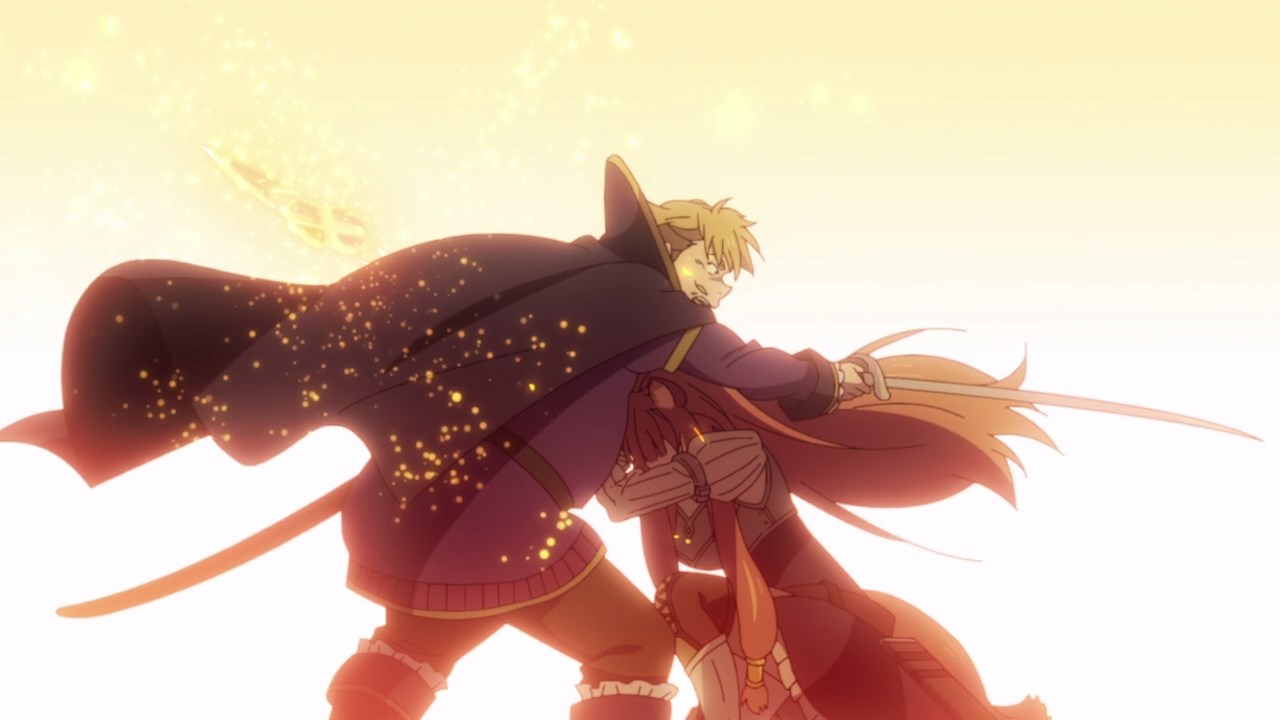 But it’s not gonna work towards Raphtalia because she has her mana sword, which she pierced Idol’s heart. Then again, that doesn’t kill him since mana sword is effective against magic. 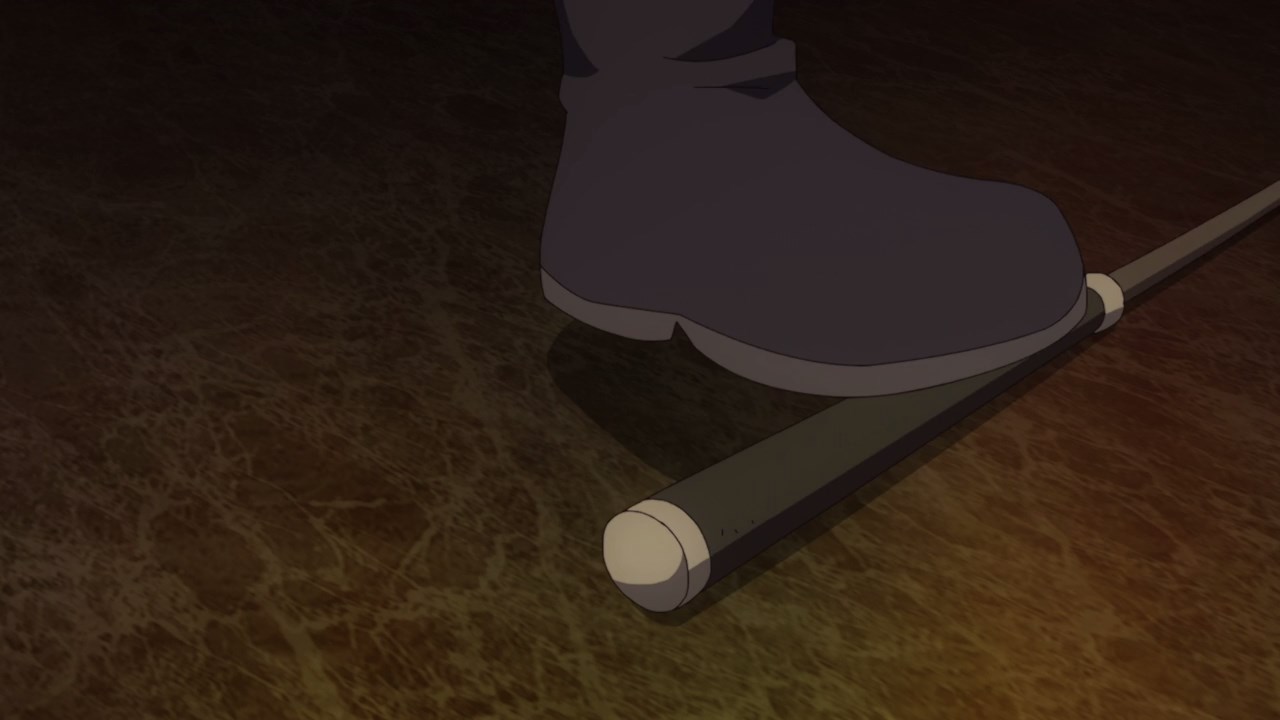 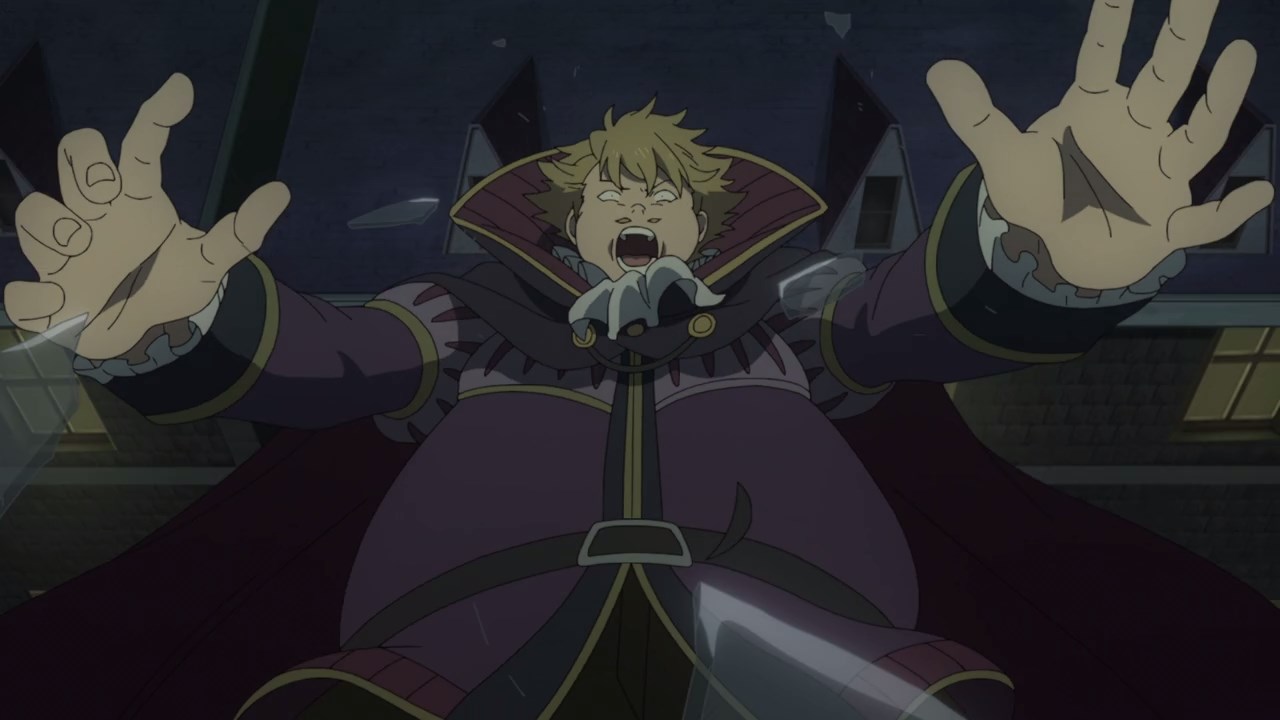 So, the only thing that kills Idol Rabier is by stepping his own whip and trips him, which sends this bastard crashing down to the pavement. And that’s the end of Idol Rabier, not by the hands of Raphtalia but his own weapon! 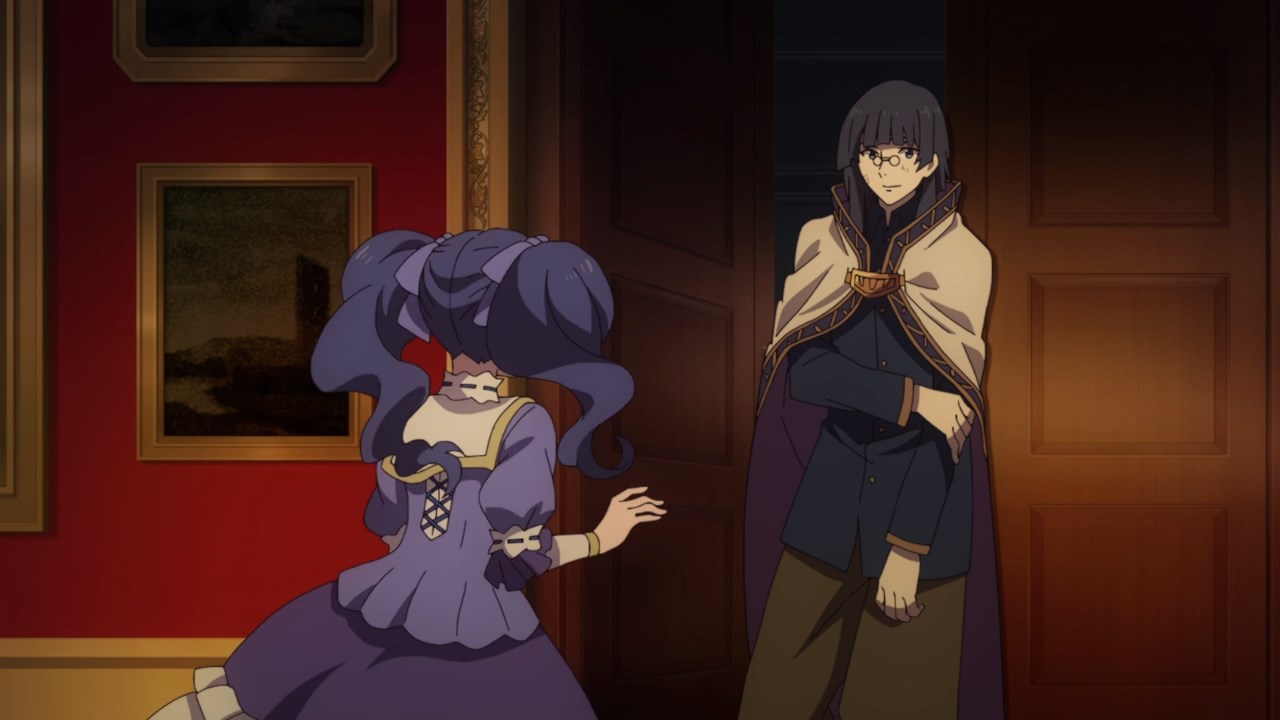 On the other hand, looks like Reichnott is safe and even though he’s the protector of all demi-humans, I still feel that Reichnott has a hidden agenda. But that’s just me because this world is full of conniving assholes!

Now that the Shield Hero is done saving both Princess Melty and Reichnott, it’s time to get out of here. 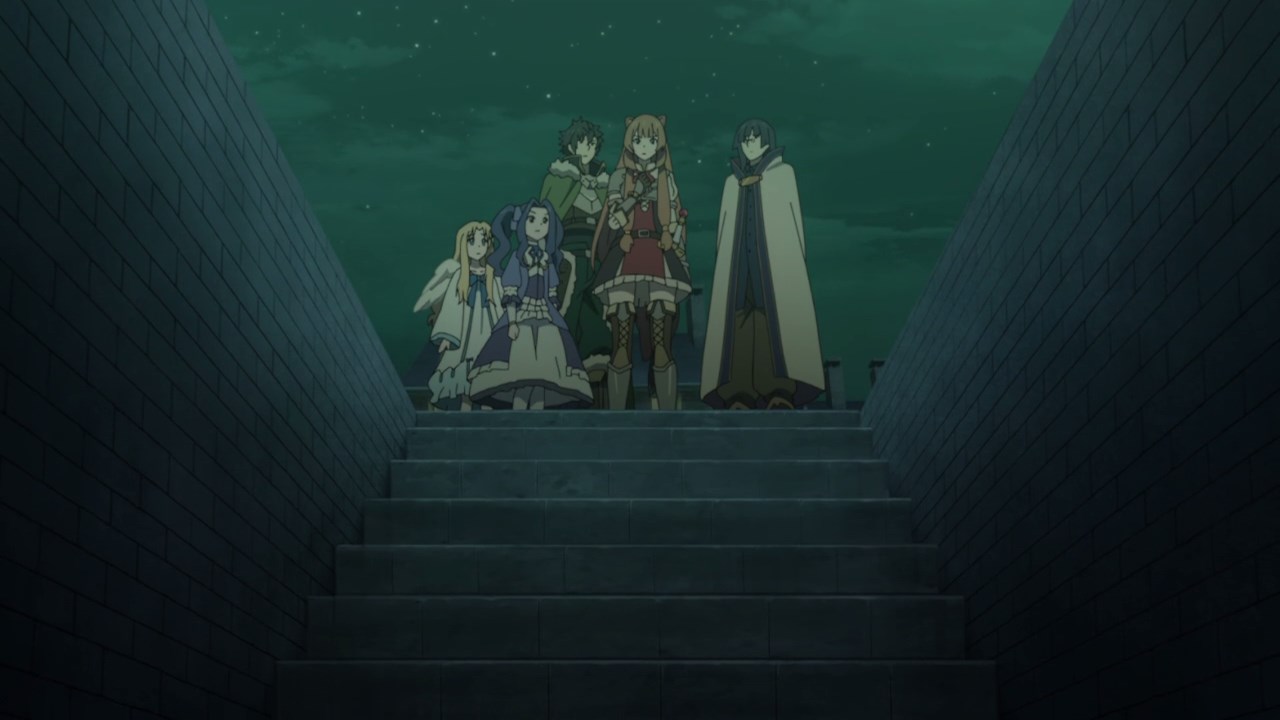 But first, Raphtalia wants to conquer her past as she attempts to rescue her people who might have survive Idol Rabier’s constant whipping.

While the possibility of these demi-humans surviving is somewhat slim, it’s better than leaving them dead in the dungeon. 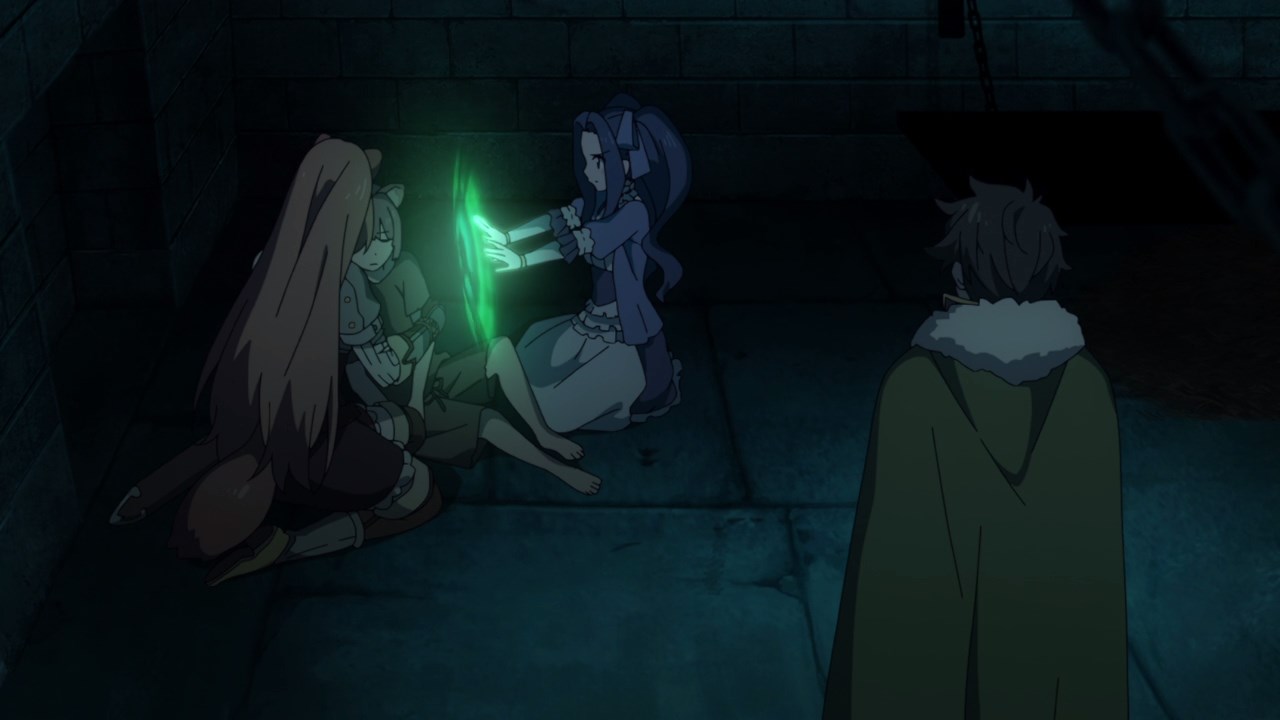 Anyways, it turns out that there are survivors where Naofumi Iwatani and the rest waste no time rescuing them. 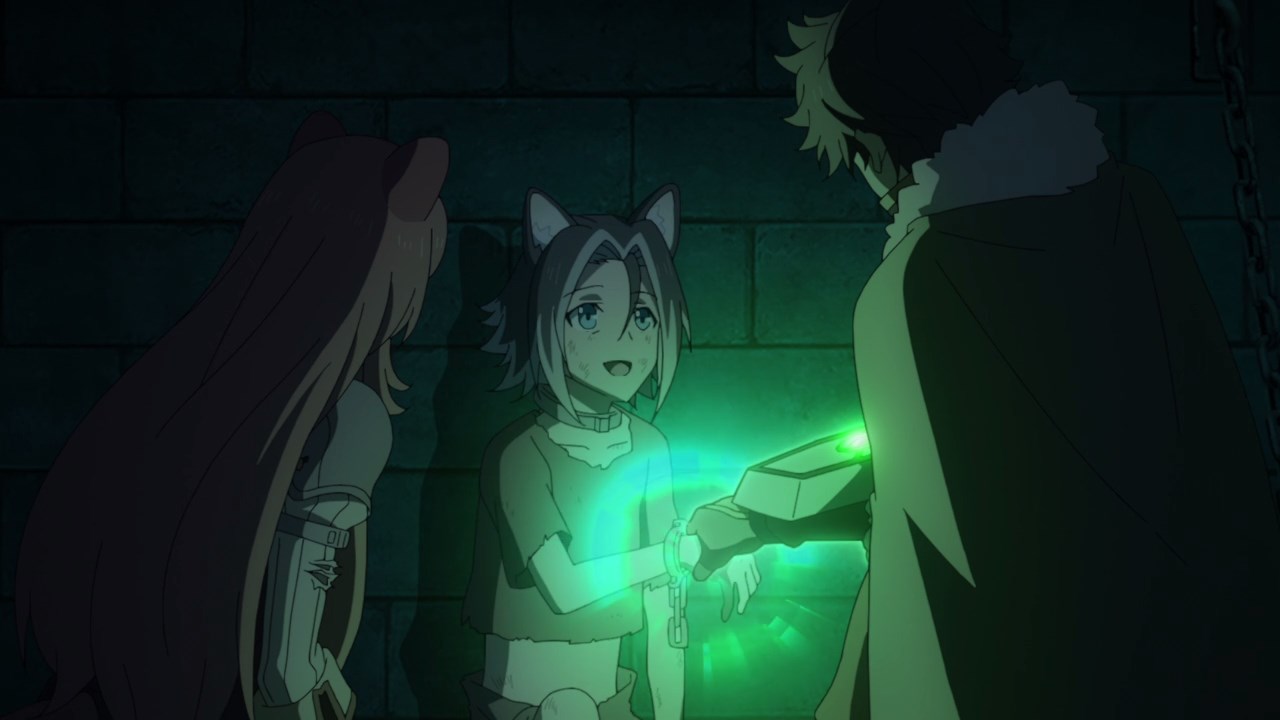 This includes Raphtalia’s friend Keel where he’s not only freed, but Keel’s wounds got healed by the Shield Hero. 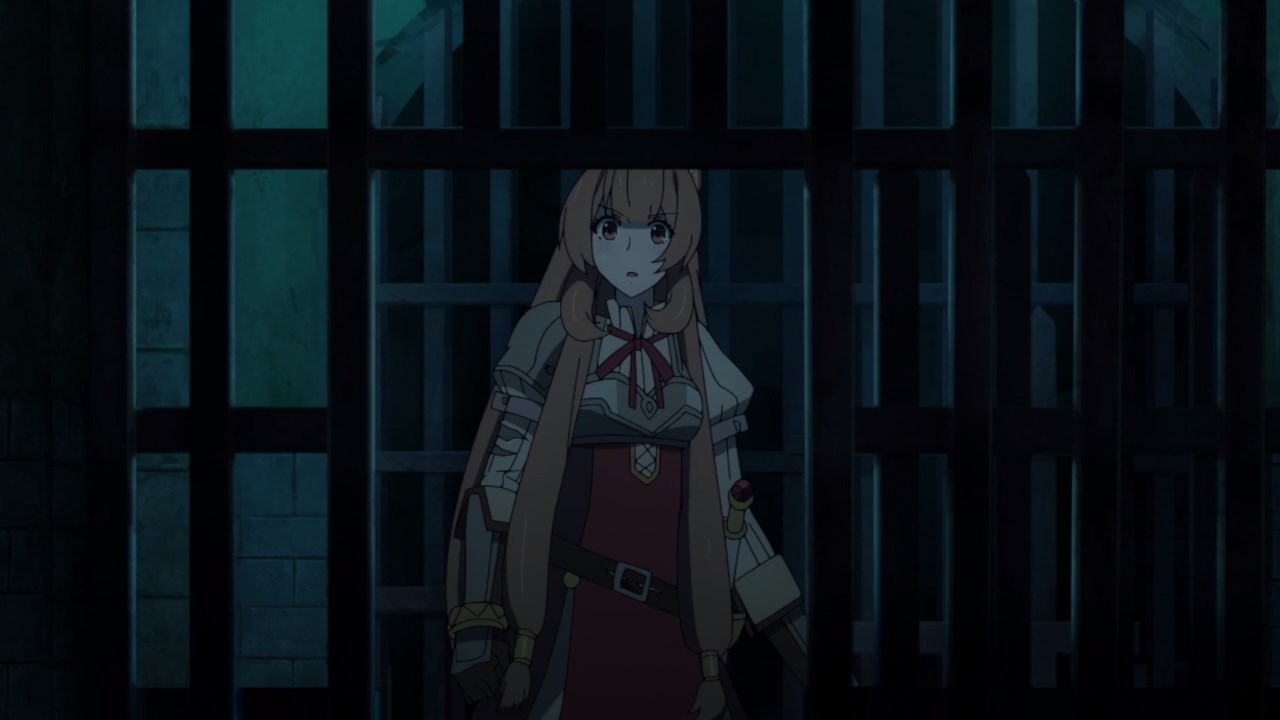 Of course, Raphtalia wants to see Rifana once again since she’s her best friend as Raphtalia went to Rifana’s cell… 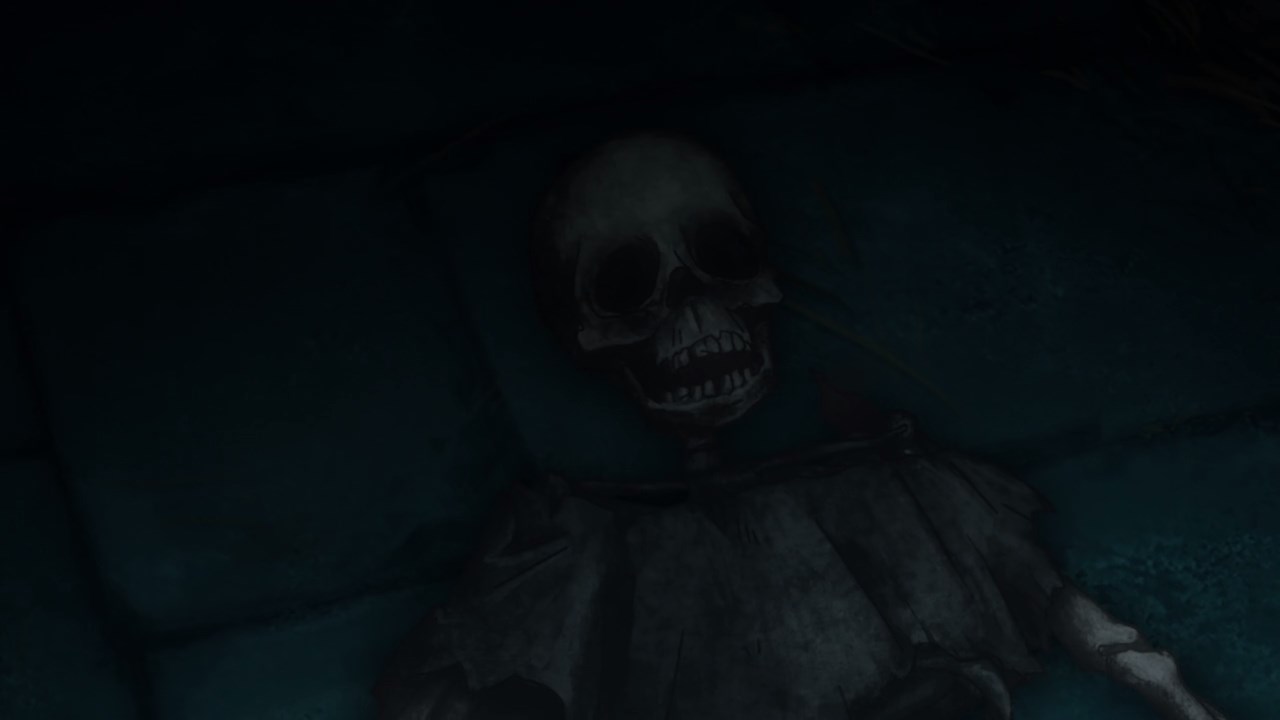 …only to find out that Rifana is reduced to a skeleton, meaning that she’s already dead after Raphtalia was taken away to a slave merchant.

So, the only thing that Raphtalia can do to Rifana is give her best friend a proper burial. 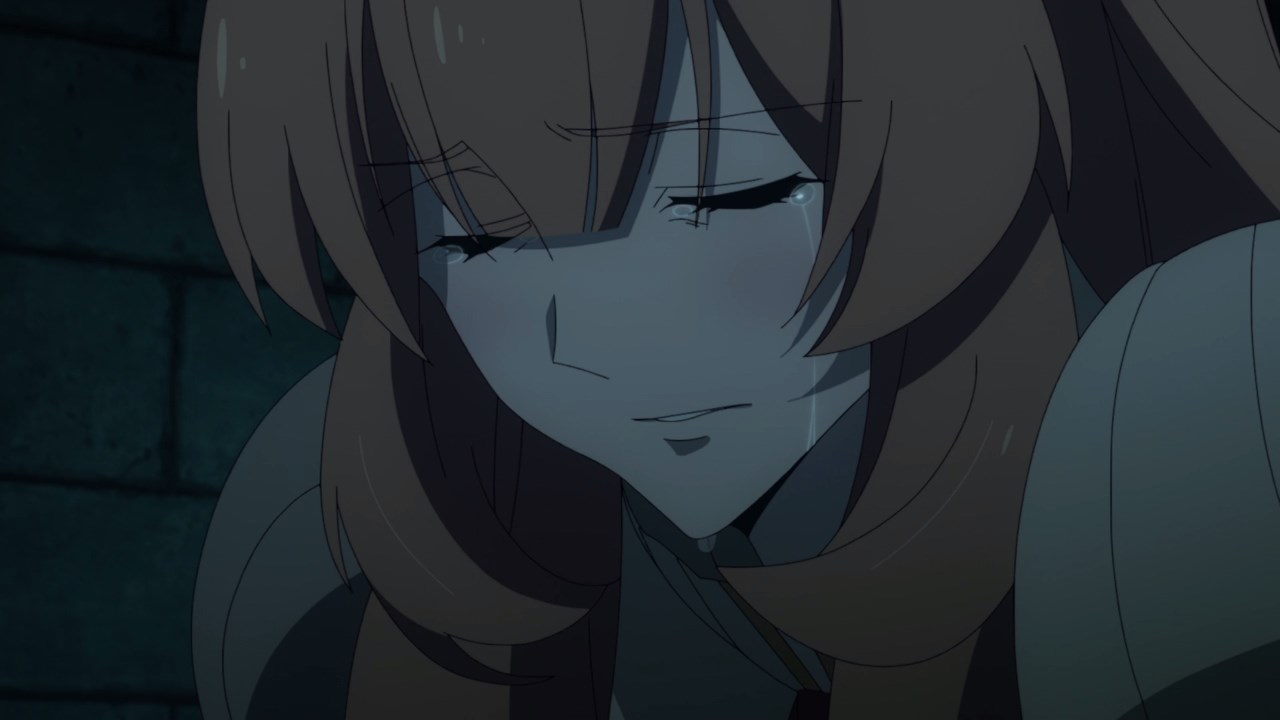 However, it appears that Raphtalia blames herself for not being strong enough to protect Rifana from Idol Rabier’s wrath. But c’mon, Raphtalia has finally changed thanks to Naofumi where he gave her the strength to stand up in her own feet. 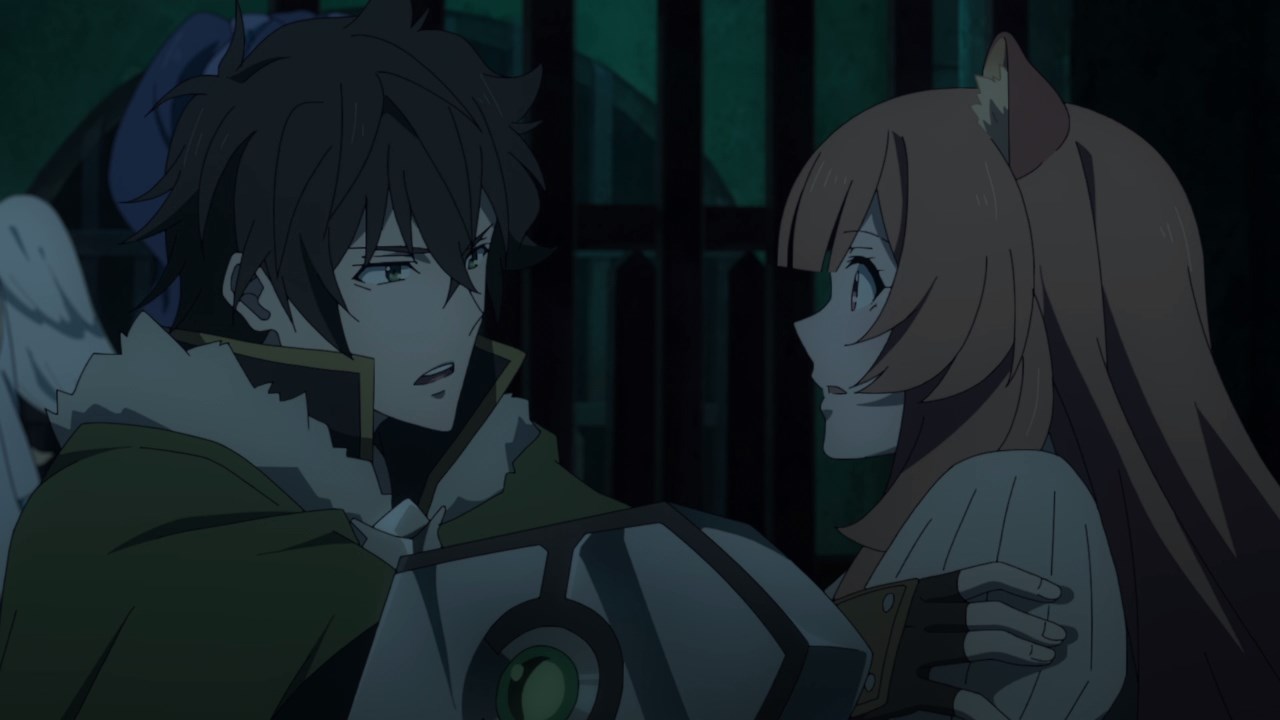 And not only that, but they support each other in times of need. Had Naofumi didn’t bought Raphtalia, their lives will be different where Raphtalia remained as a slave while Naofumi walks to a destructive path as he curses the world.

But anyways, it’s heart-breaking to see Raphtalia who not only lost her parents during the Wave of Catastrophe, but being tortured by a nasty noble just because she’s a demi-human. Fortunately, Raphtalia’s life has changed thanks to the Shield Hero as Naofumi and his party will carry the remaining demi-humans out of the dungeon and make their escape. 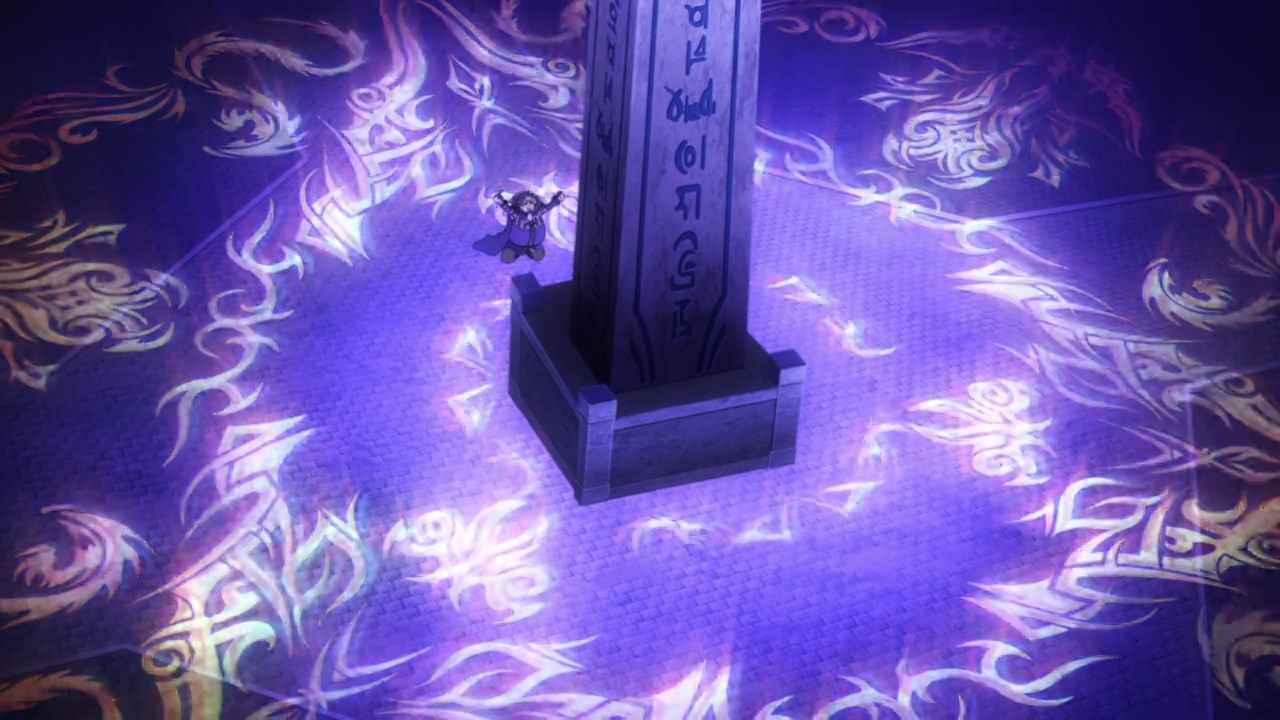 Unfortunately, it appears that Idol Rabier doesn’t know how to give up, despite falling down to the pavement, as he uses his trump card by unbreaking this seal to summon a monster. 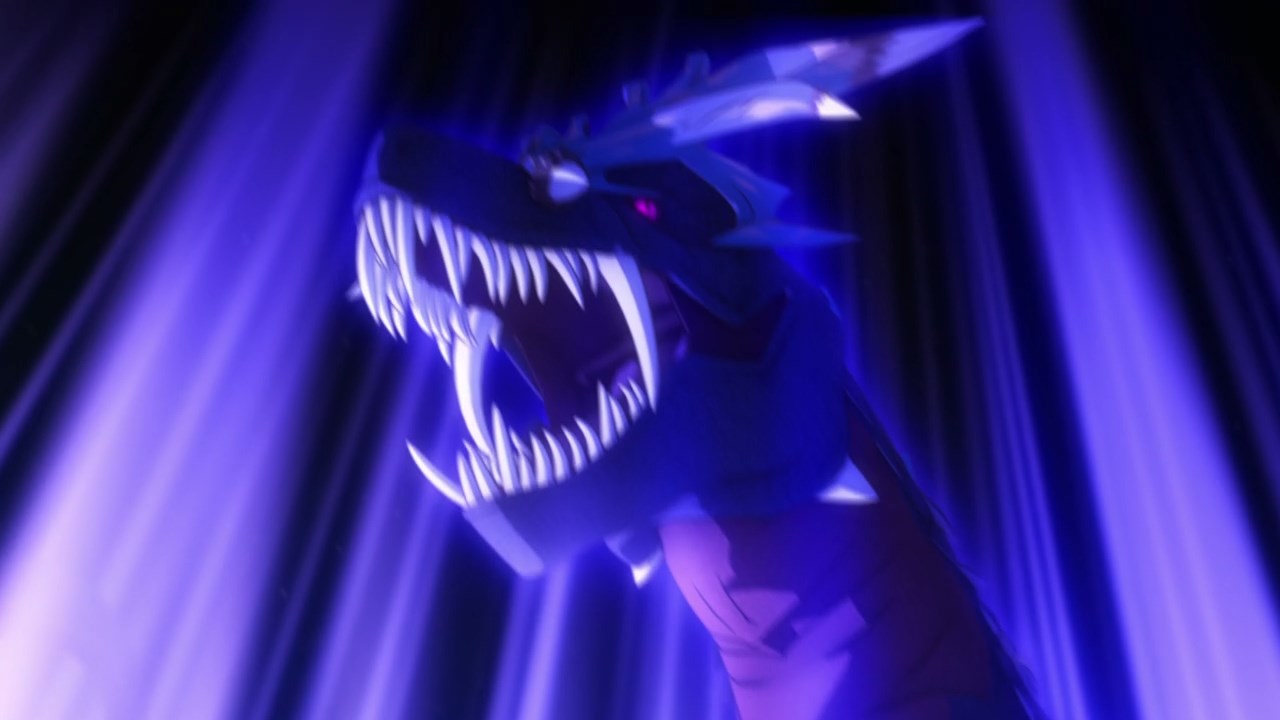 Then again, this monster should have remained sealed forever because Reichnott told Naofumi and the rest that this monument was created to seal it, but Idol Rabier decides to break it because he’s a devout believer of the Church of Three Heroes who hates demi-humans. 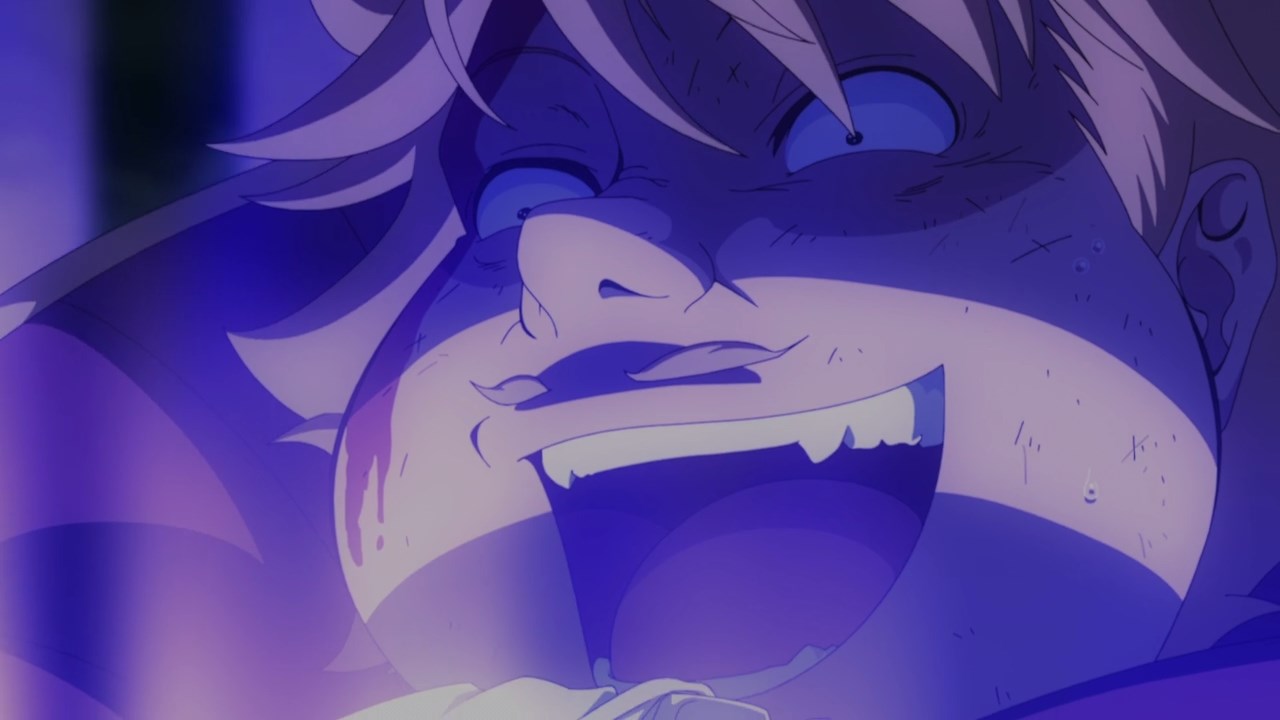 With that said, Rabier cursed the Shield Hero and his party for enraging him as this monster will send them to hell… 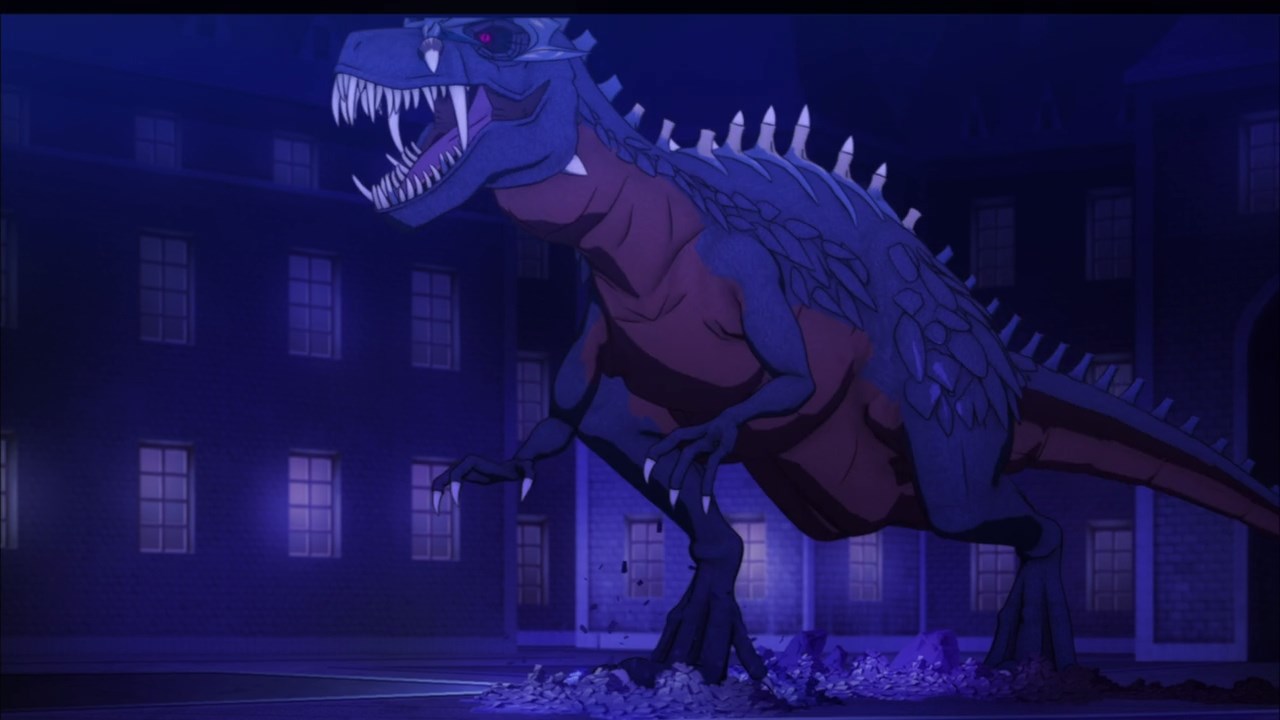 …before this asshole noble got crushed by its feet. Maybe Idol got sent to hell instead, but now Naofumi Iwatani and his allies must defeat this monster and get the hell out of Seyaette.

Anyways, I’ll see you next time and it would be a good episode about Raphtalia had Idol Rabier remained dead after falling two storeys down!