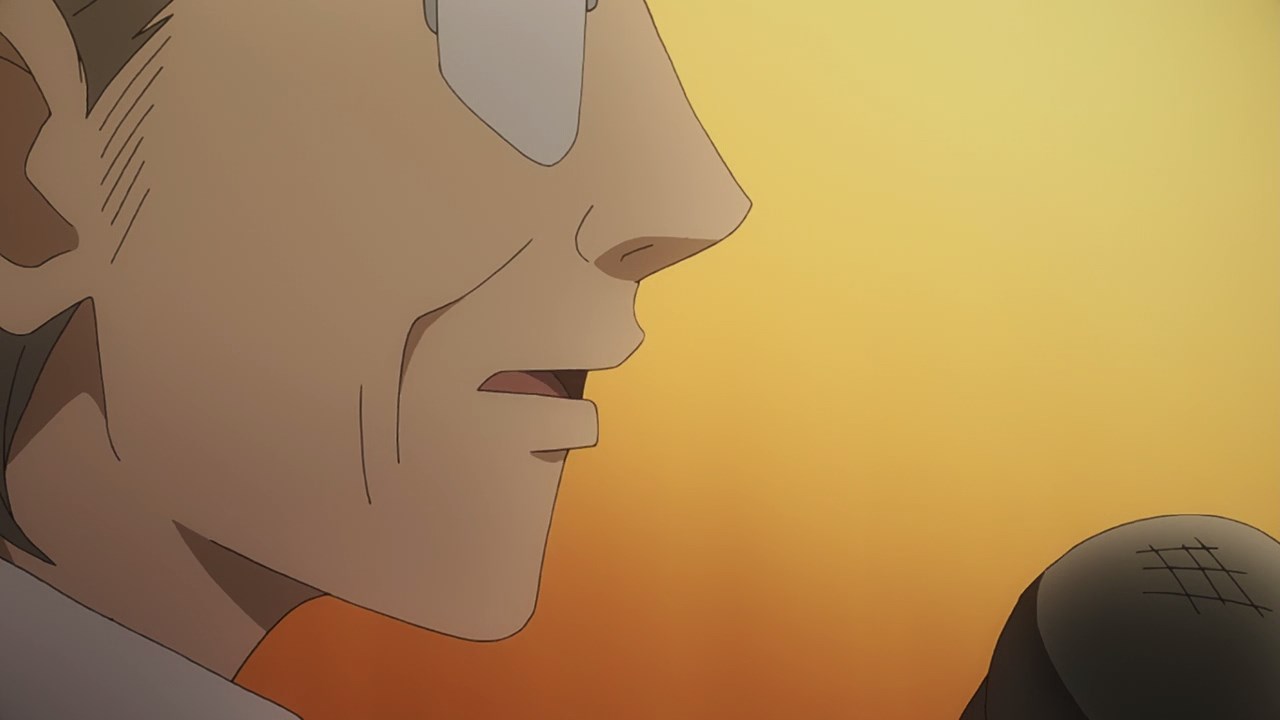 Well, looks like I’m anxious to see who will made it to the final stage of the International Chopin Piano Competition. Will Kai Ichinose become one of the finalists? 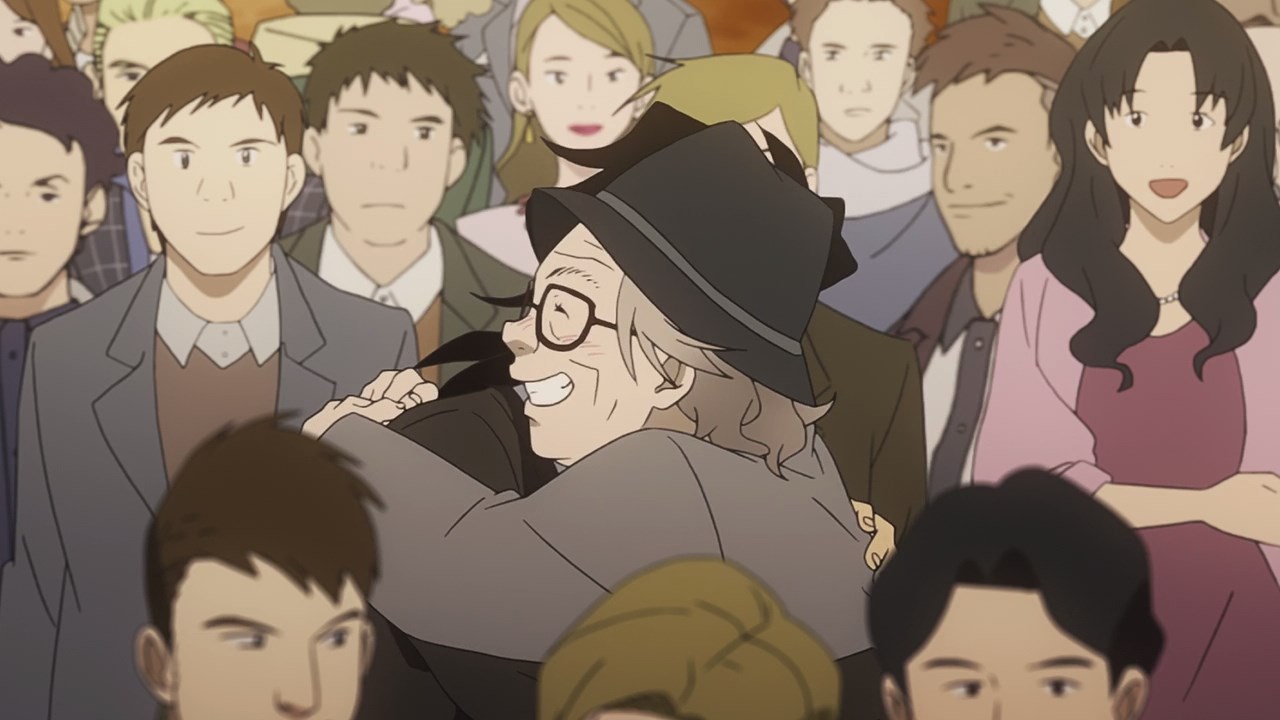 Well, judging from Sousuke Ajino and Jean Jacques Serreau’s reaction, it appears that Kai Ichinose has finally made it. Well, at least he’s not screwed by the judges unlike last time. 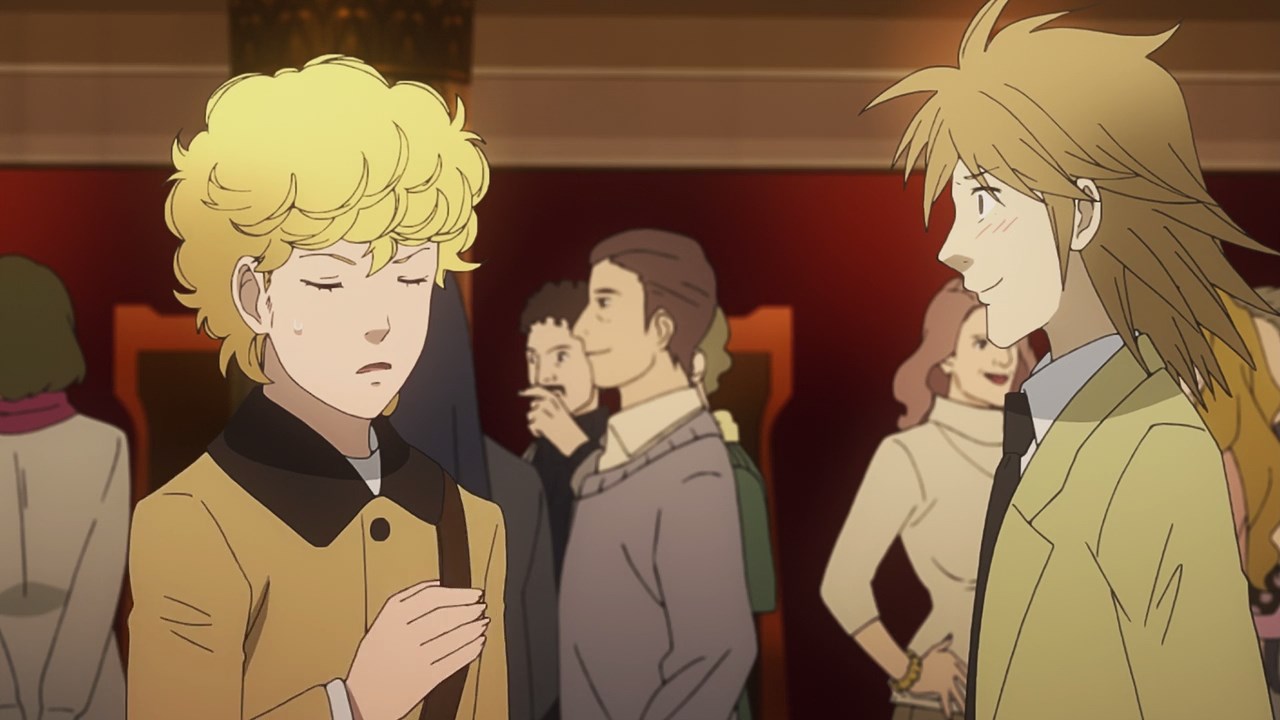 Even Lech Szymanowski congratulate Kai Ichinose for making it to the final stage. Of course, Kai wants to know if Shuhei Amamiya, although Lech made a joke that Shuhei made it but it’s bad to crack up a joke… 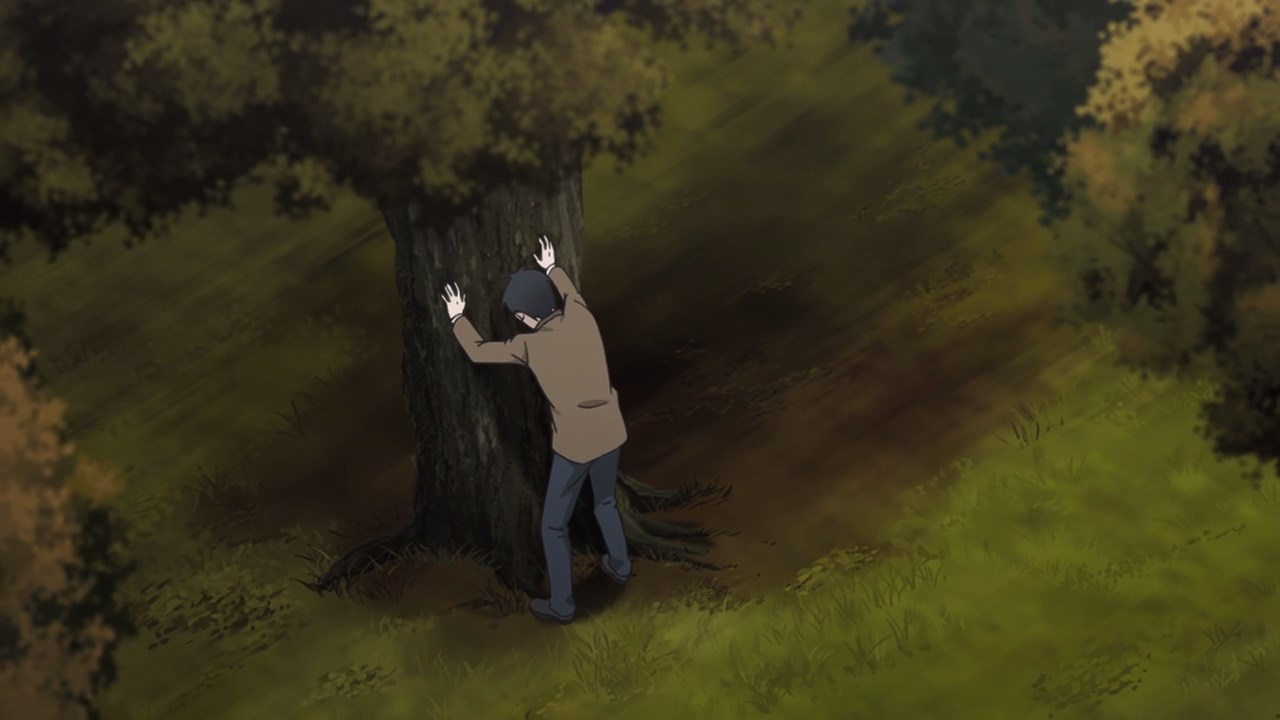 …especially when Amamiya is feeling dejected as he’s already left the hall after making a stunning performance on the second stage. Well, looks like Ichinose won’t talk to his friend for a while. 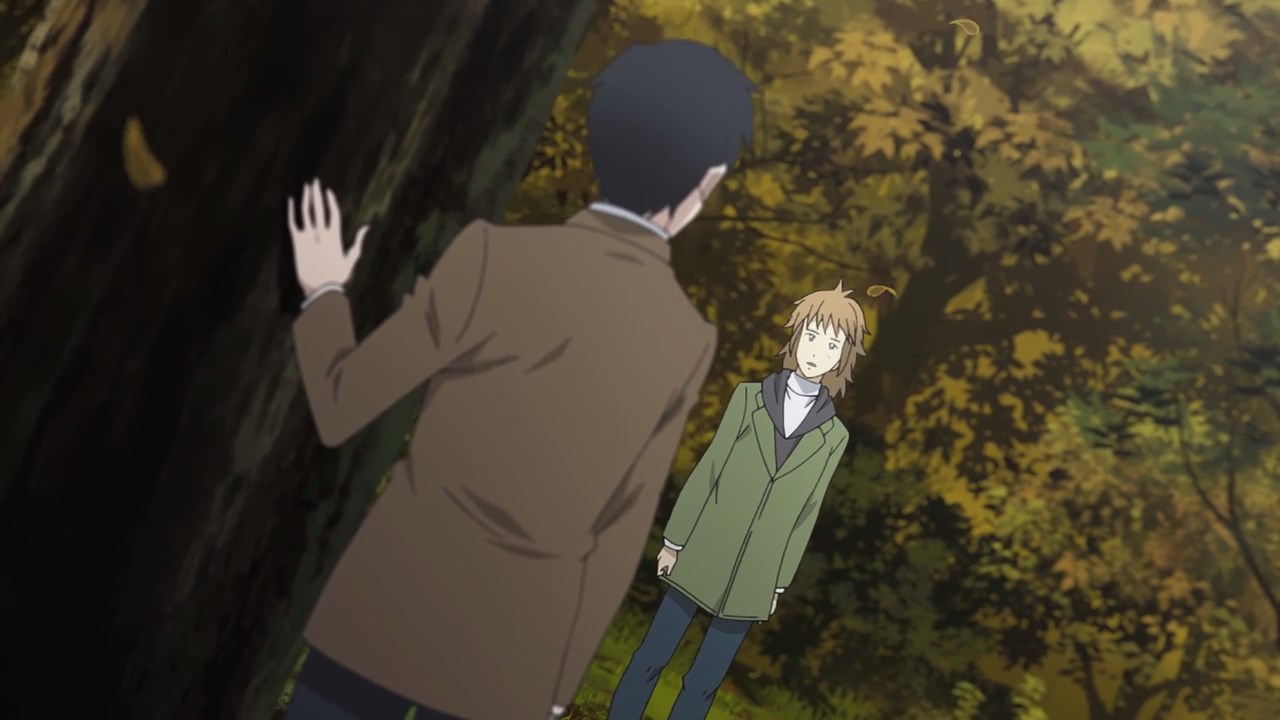 But then, Kai Ichinose appeared as he wants to talk to Shuhei Amamiya and tries to cheer him up a bit. 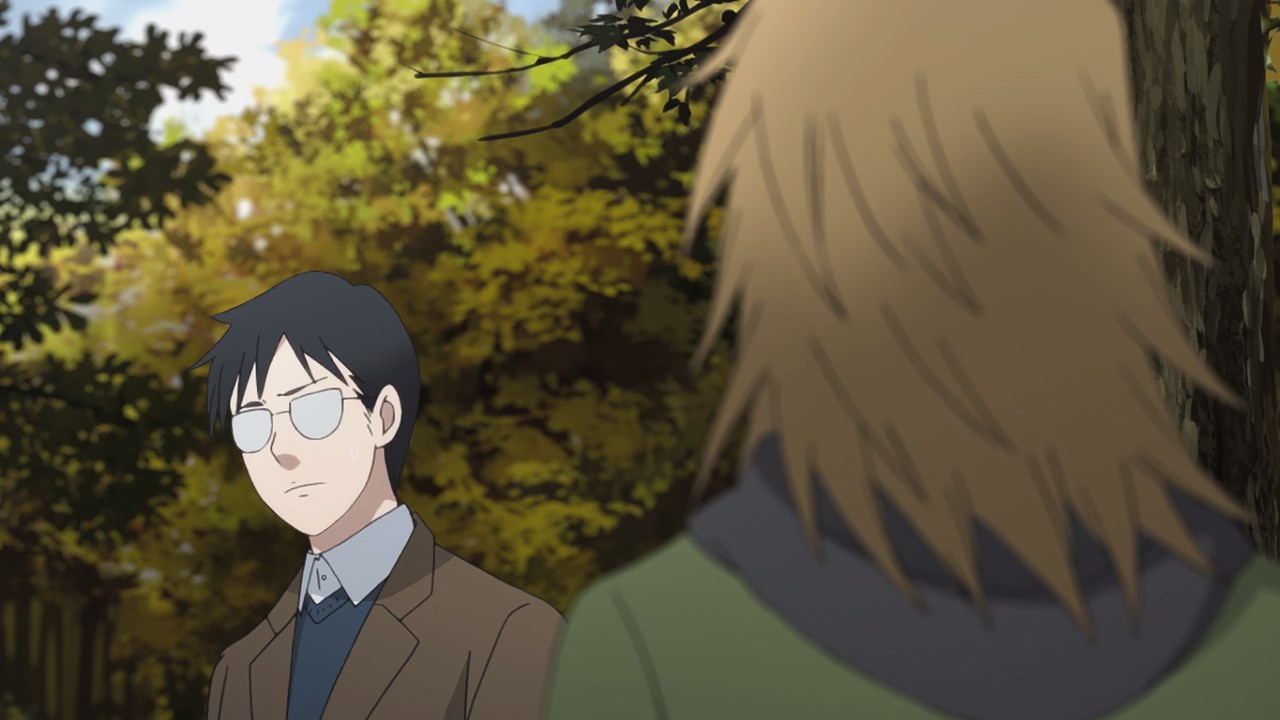 However, this is Shuhei Amamiya we’re talking about as not being there at the final stage stings his heart, lashing out at Kai Ichinose that he regretted on making friends with him. Man, that was a harsh way from Amamiya to say that towards Ichinose that he got distraught afterwards, despite claiming that Kai will just scoff it off and focus on his preparation.

In truth, Kai really got so depressed that he might lose a friend along the way. But you know what, I need to point out that it was Kai who help Shuhei to continue his career as a pianist rather than being bullied forever. Still, it’s gonna be a long time for them to reconcile. 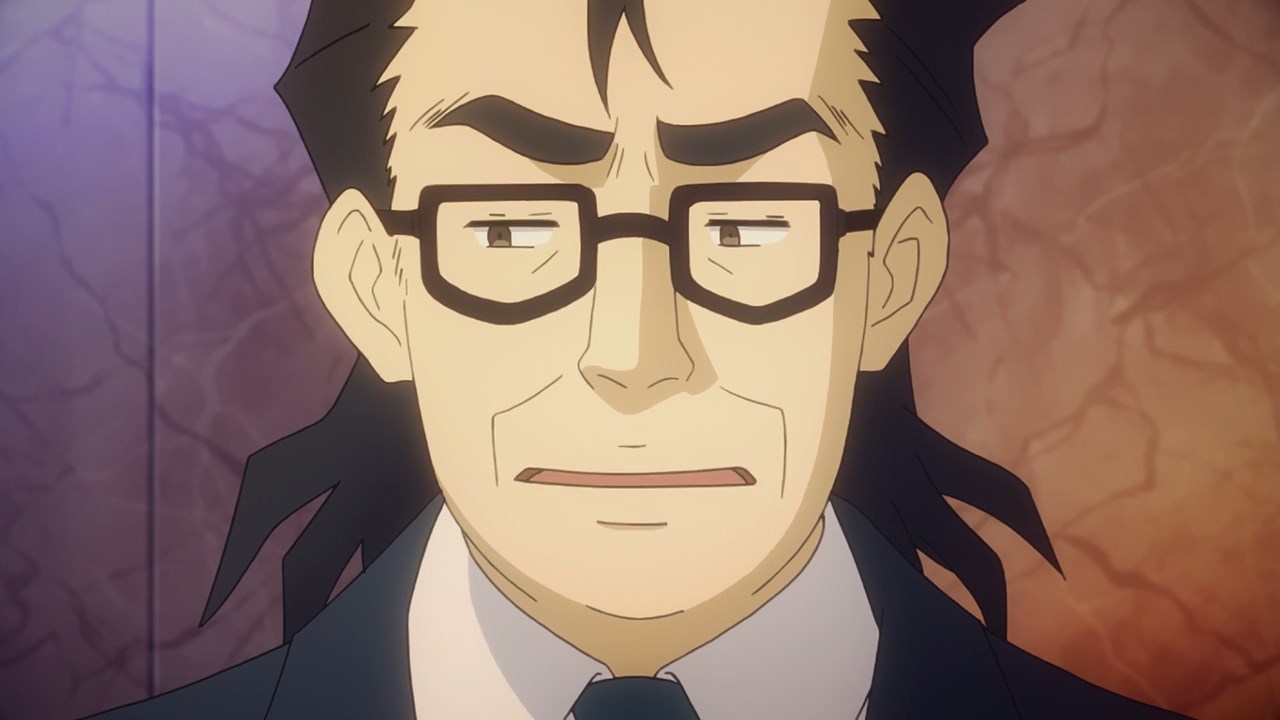 Meanwhile, here’s Yoichiro Amamiya where he blamed Andrzej Pavlas for having his son failed to qualify past the second stage. 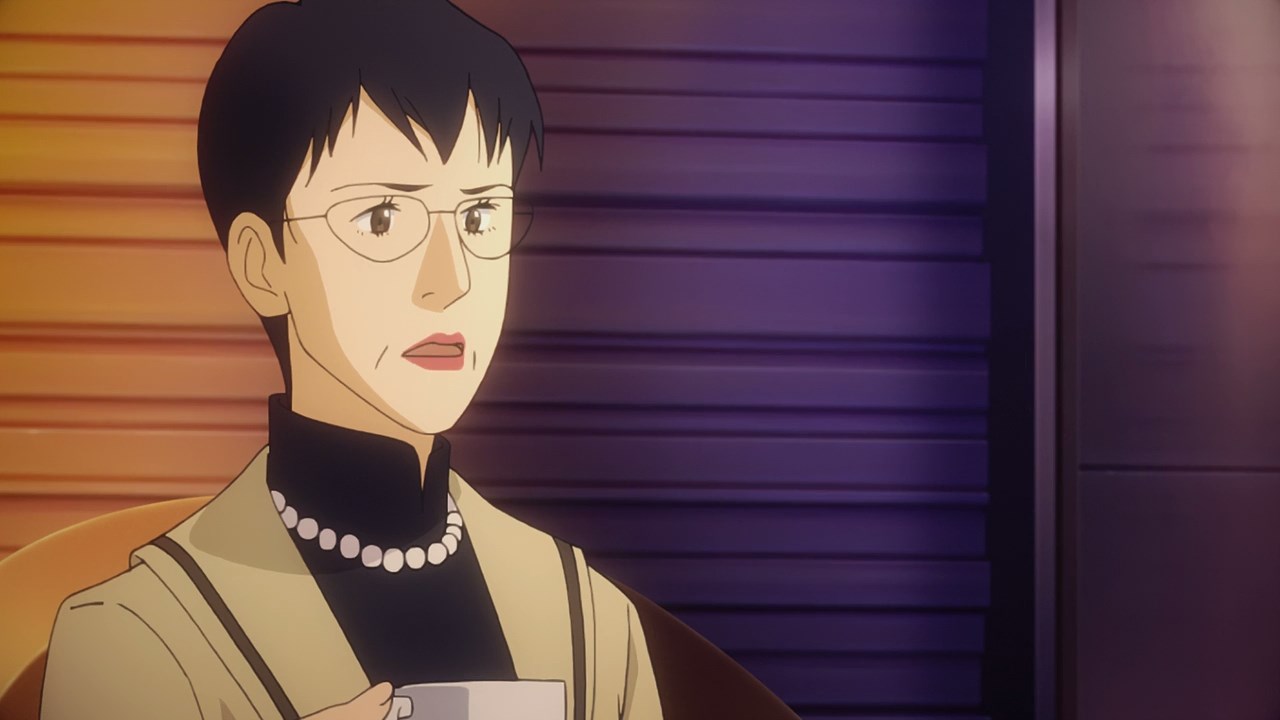 However, Christina told Yoichiro not to blame Shuhei’s mentor as Andrzej Pavlas did a fine job of training him. Oh, and let’s not forget that Mr. Pavlas made a compliment on how Shuhei found his own sound rather than being strictly following every note precisely.

You know that, I think it’s time for Yoichiro Amamiya to reassess himself and his relationship towards his son. 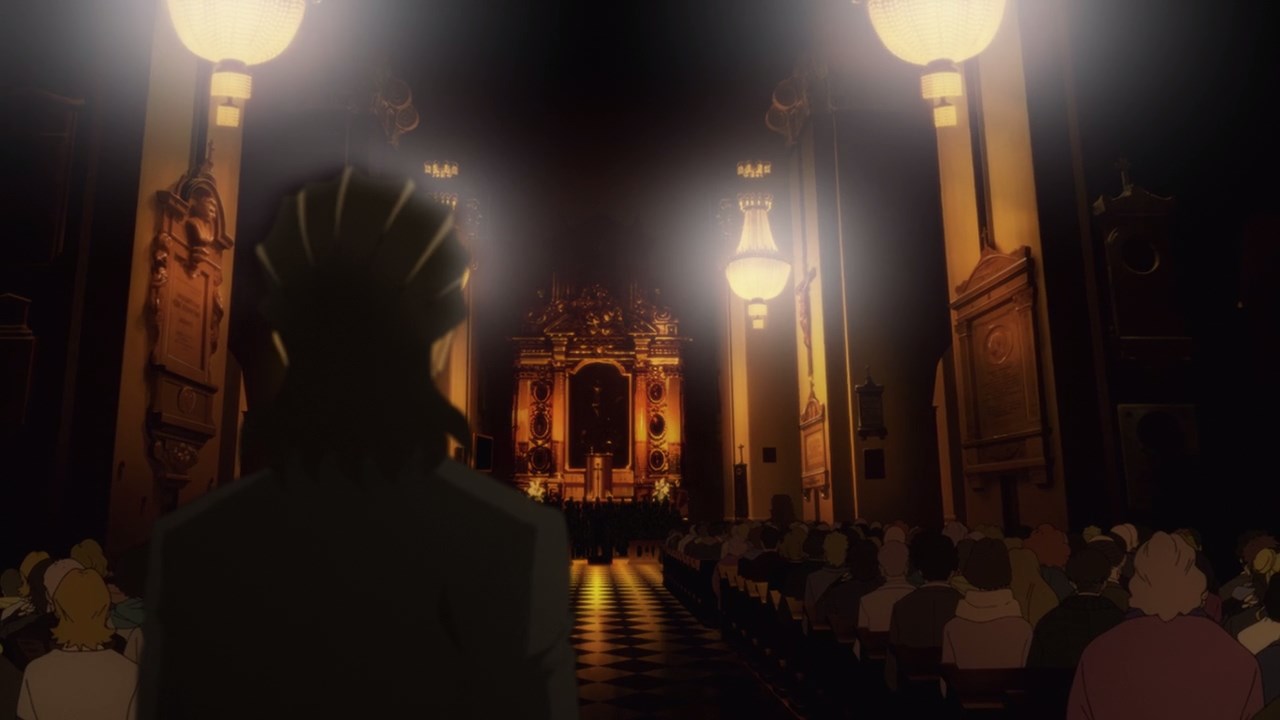 So, Yoichiro went to the Holy Cross Church in Warsaw where Frédéric Chopin’s heart was interred in the church, although his body was buried in France.

Anyways, Yoichiro Amamiya is not only here to pay his respects to Chopin, but to make a reflection on what he has done towards Shuhei. 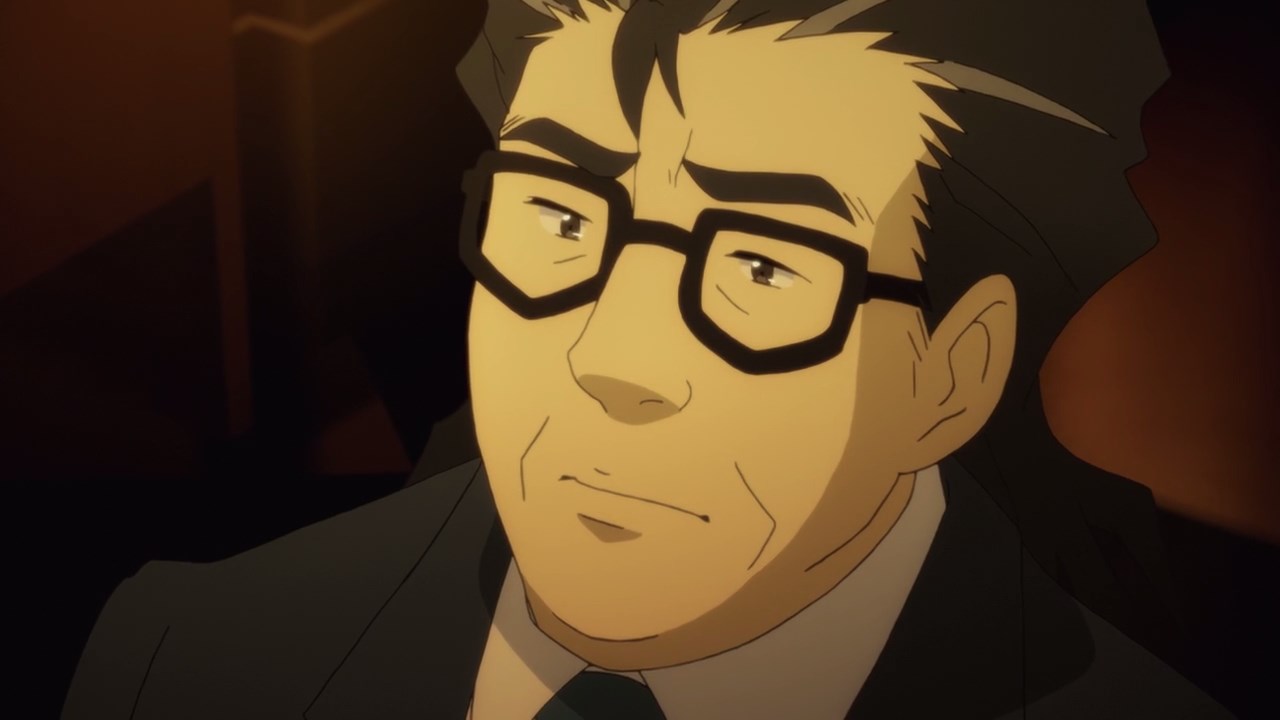 It turns out that Yoichiro Amamiya made a mistake of letting his son compete against Ichinose rather than letting Shuhei play the piano alongside Kai.

Still, I think it’s time for Yoichiro to have a heart-to-heart talk with his son, although he needs to find Shuhei first. 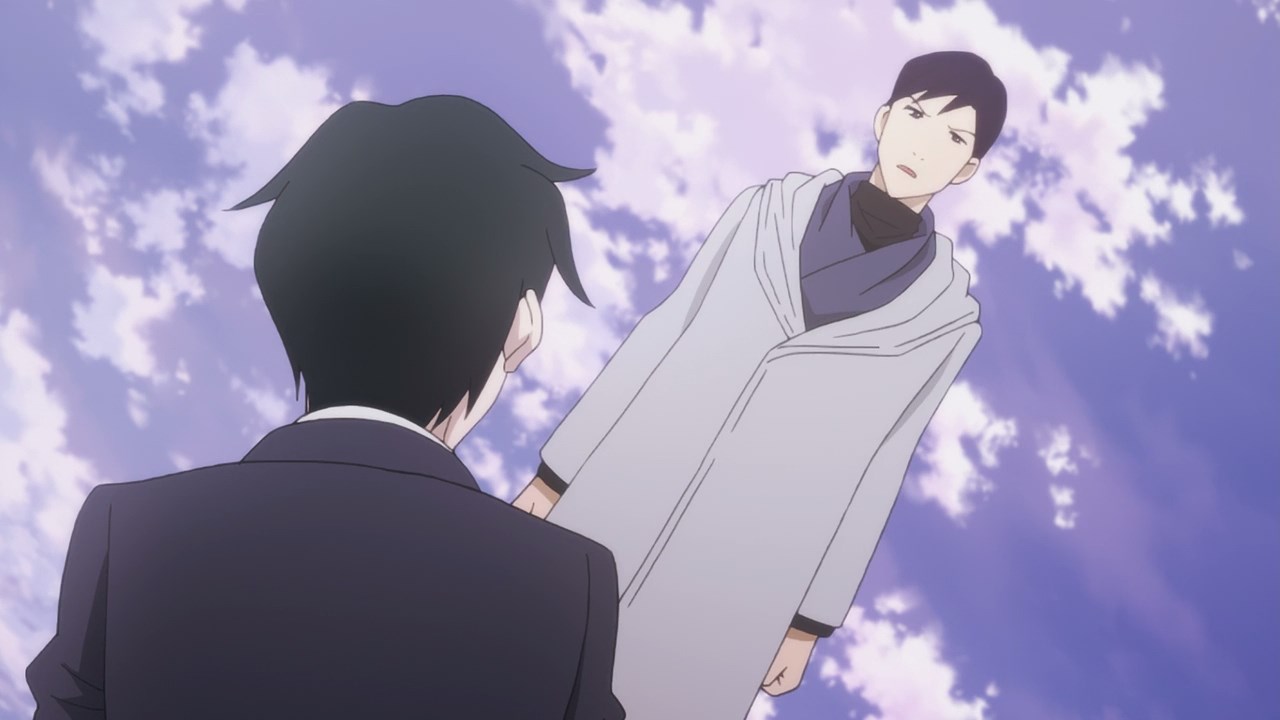 Well, Yoichiro Amamiya asked Pang Wei to find Shuhei for him, although Wei was a bit annoyed since he’s preparing for Day 1 of the final stage. But hey, at least Wei found Shuhei lying at a park. 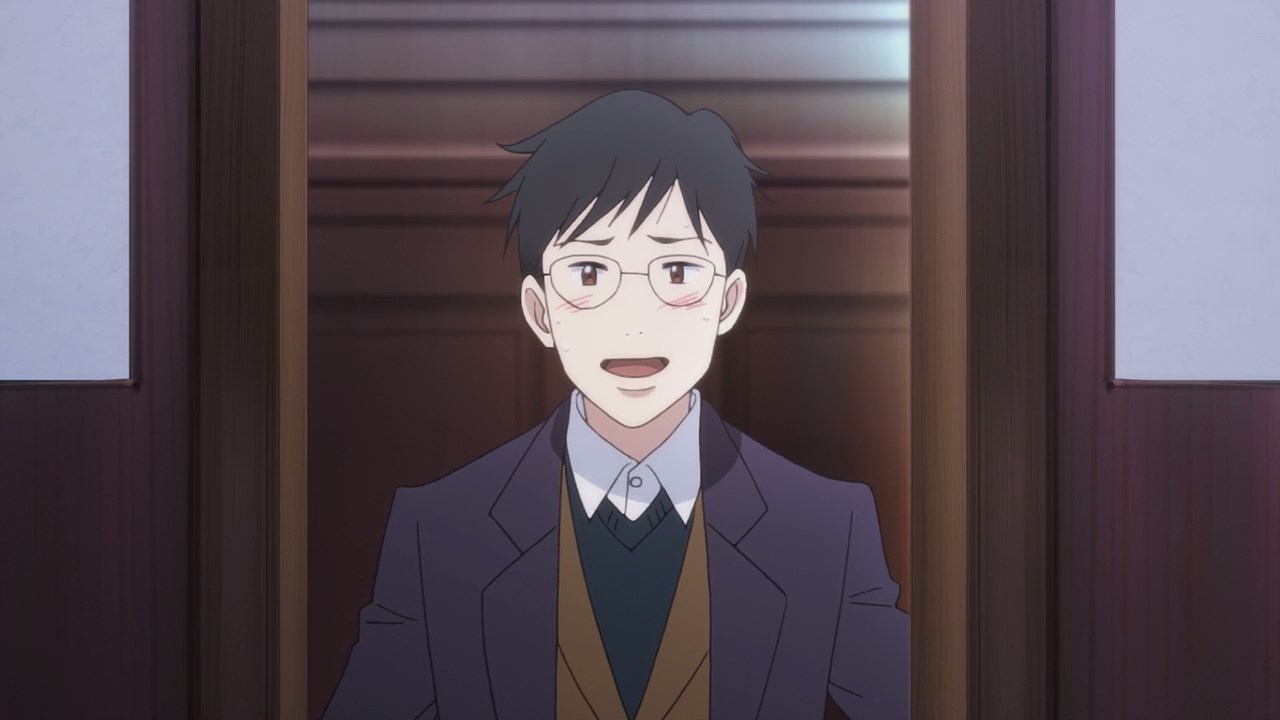 Anyways, Shuhei Amamiya has safely returned to the apartment where he wants to talk to his father. Then again, I wonder what happened to Shuhei’s mother? Did Namie-san returned to Japan? 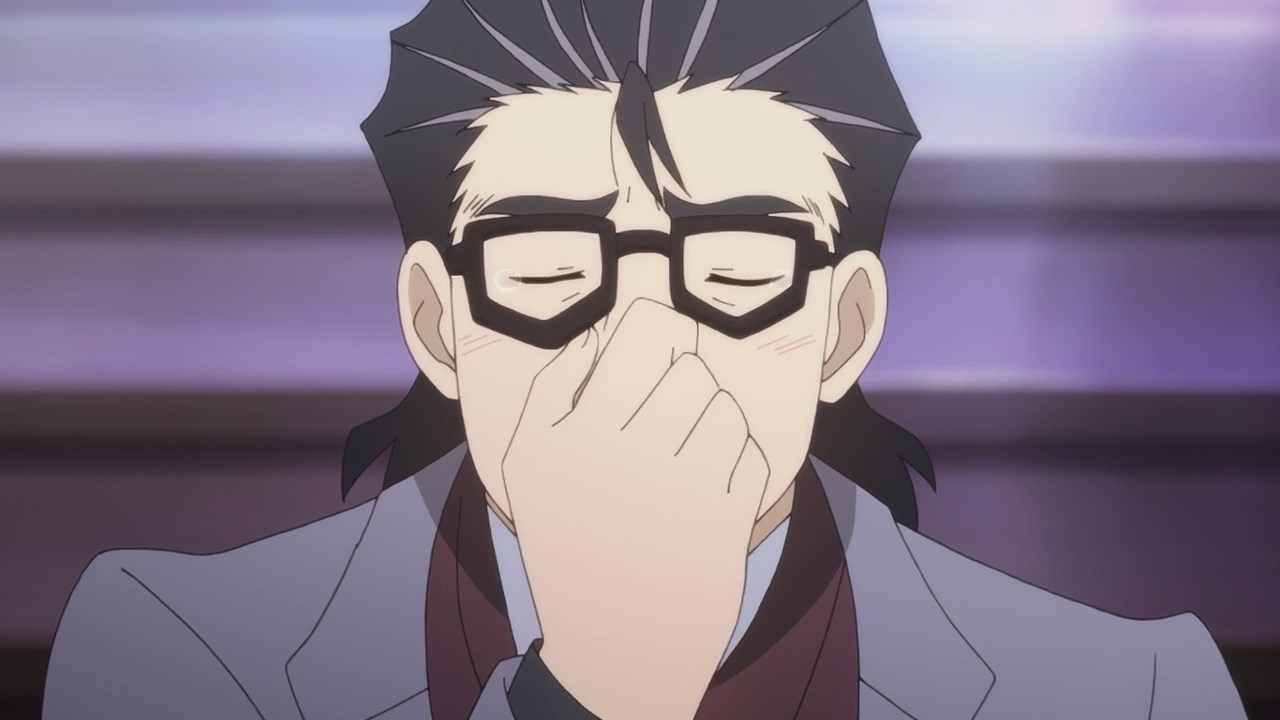 But for Yoichiro-san, he’s happy to see his son again. Well, I hope that they have a deep understanding between him and Shuhei. 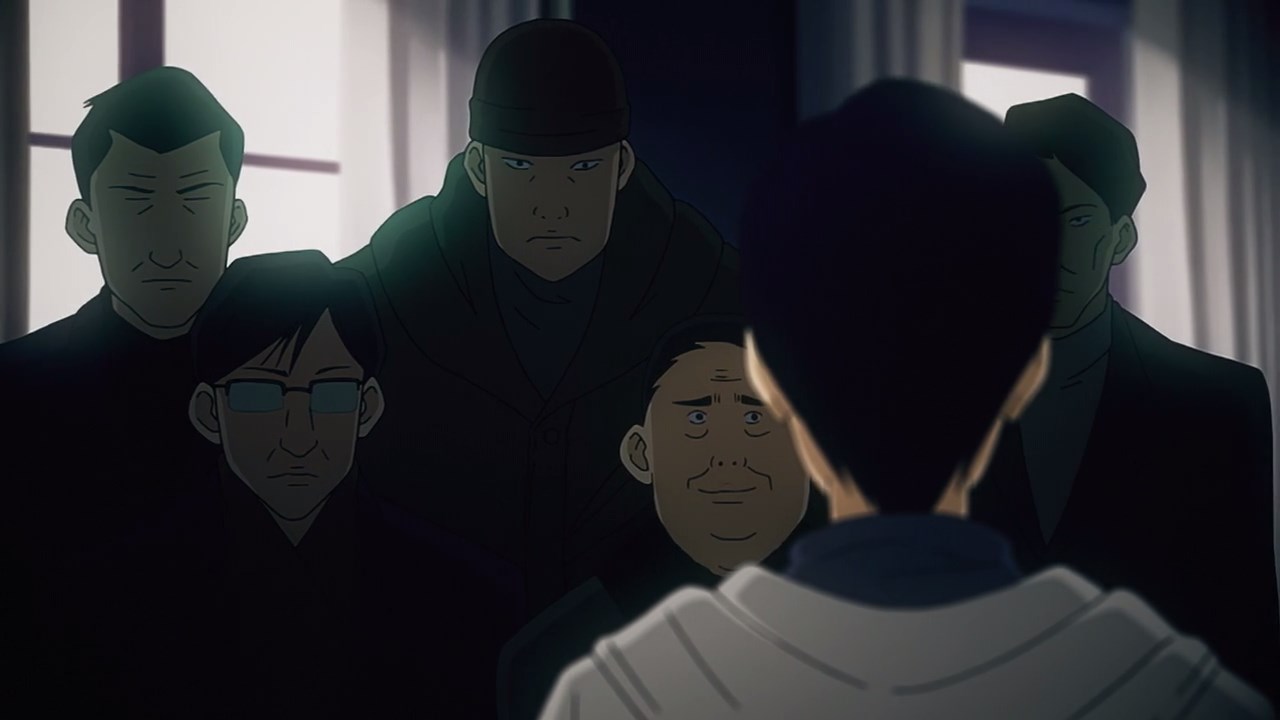 On the other hand, it appears that Pang Wei was surrounded by this group of people from China, telling Wei about his step-father as well as locking him up inside the room which means that he’ll miss the first day.

But why would these people stopping Wei from going inside the music hall and what happened to his father Hao? 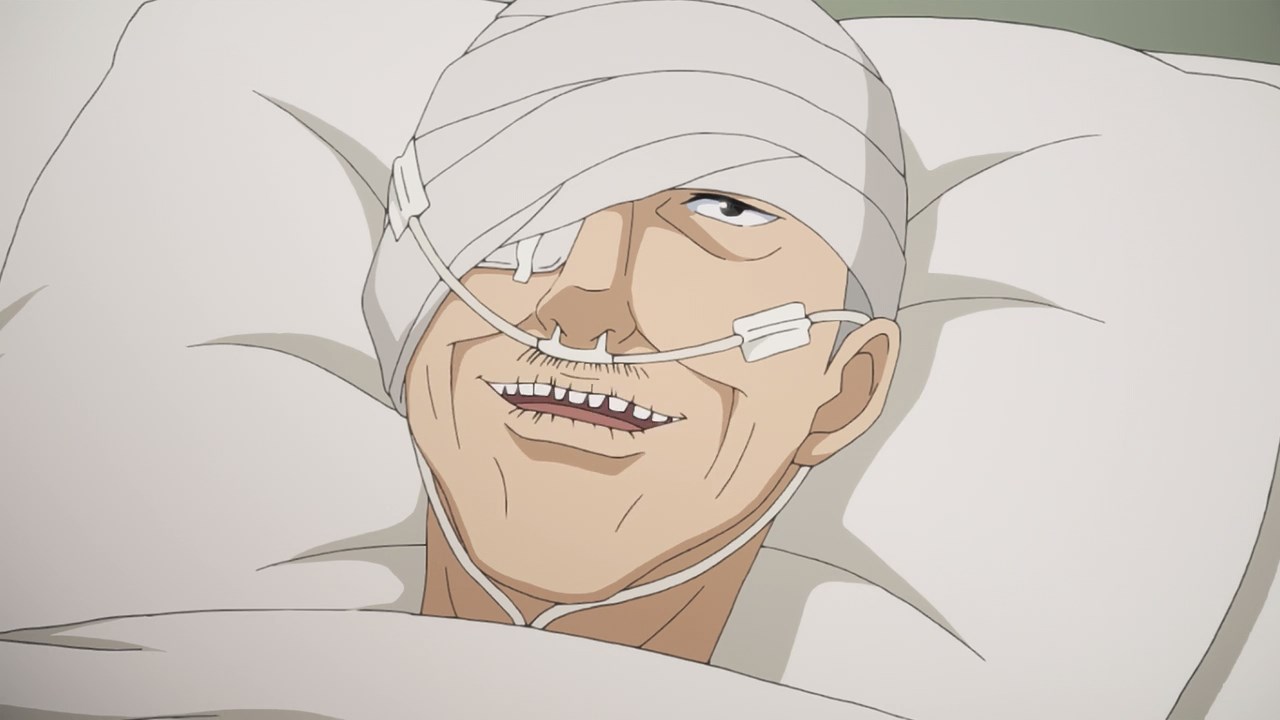 That’s because his adopted father Pang Hao got injured in a factory explosion. Although Wei doesn’t care what happens to his step-father, Hao wants him to become the winner of the piano competition, even as far as telling his goons to lock him up. 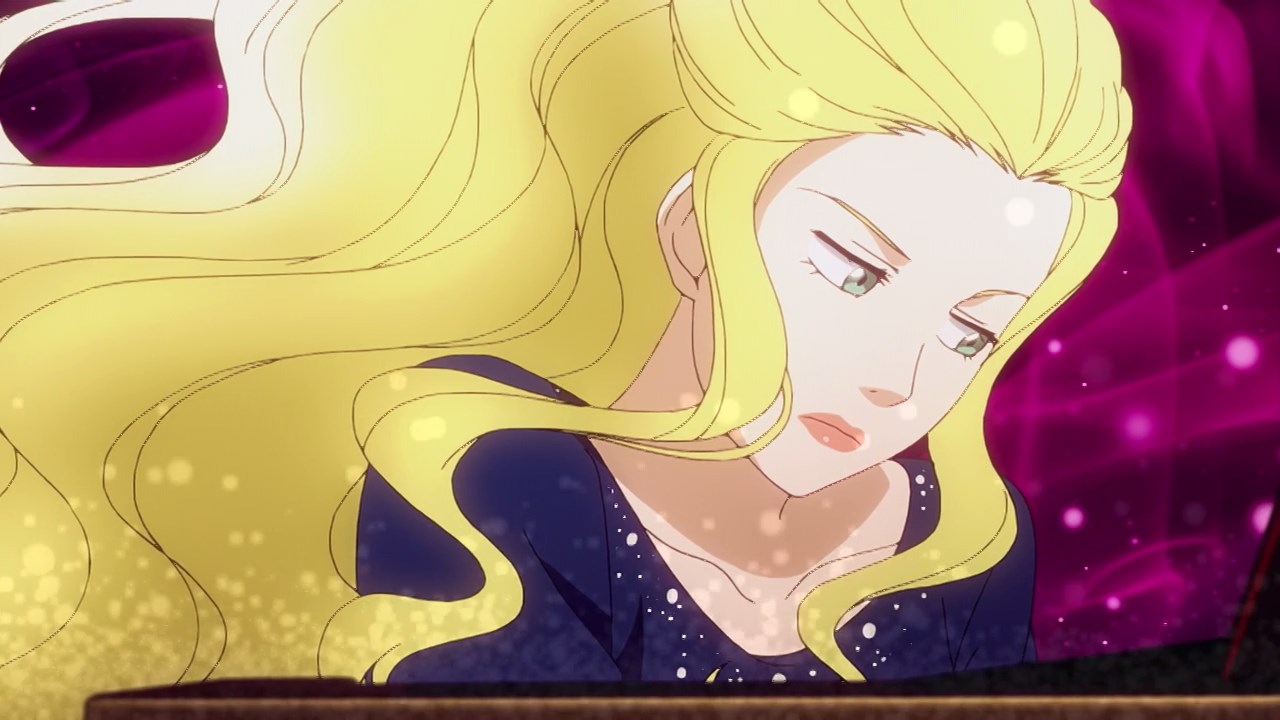 Still, Sophie Ormesson’s performance sets the stage that there could only be one winner in the International Chopin Piano Competition. 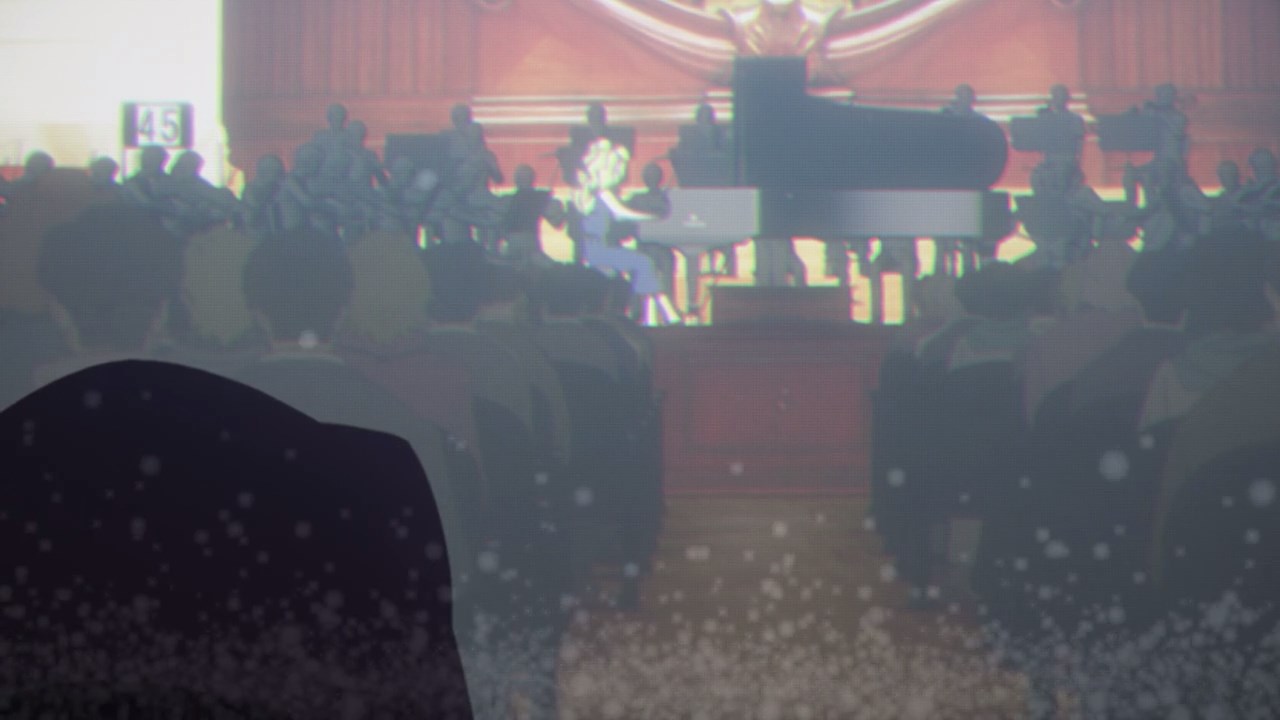 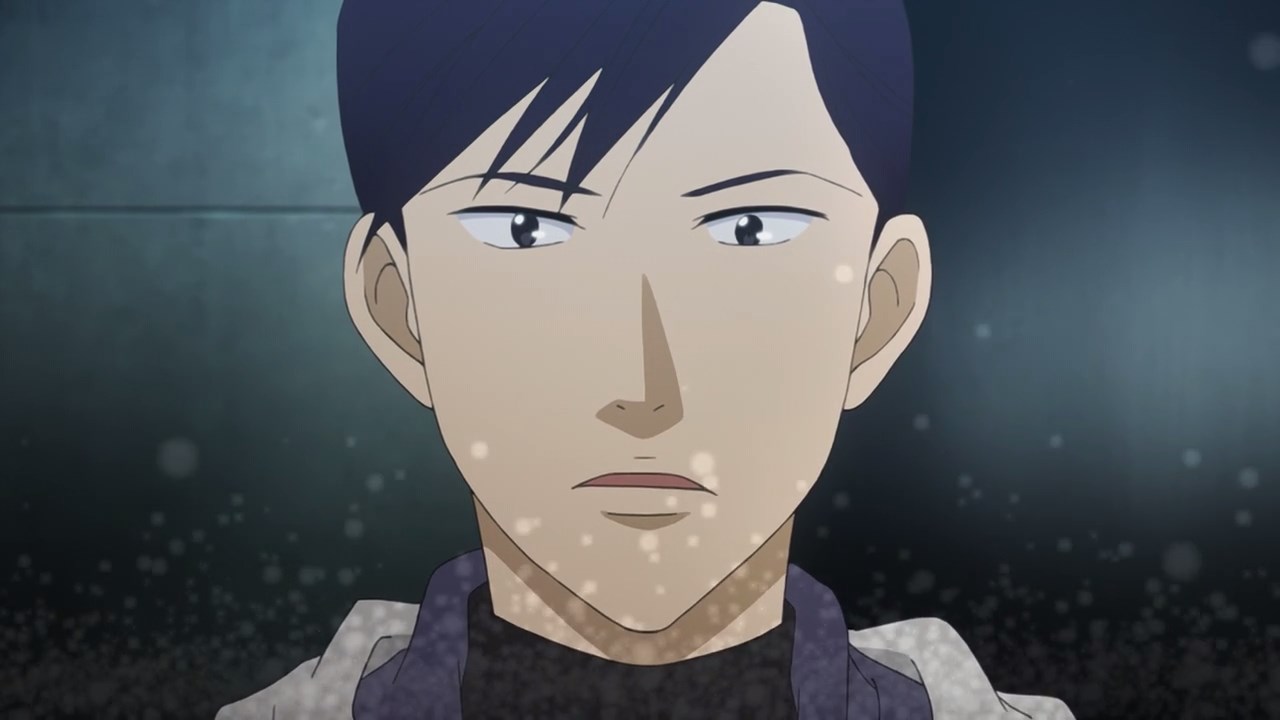 For Pang Wei, seeing Sophie Ormesson’s performance somewhat made him feel refreshed rather than being stressed-out inside this dull room.

Still, it’s sucks that Pang Wei missed Day 1 of the final stage, yet I was wondering if the judges would tolerate him on missing the day he was supposed to perform along with the Warsaw National Philharmonic Orchestra. 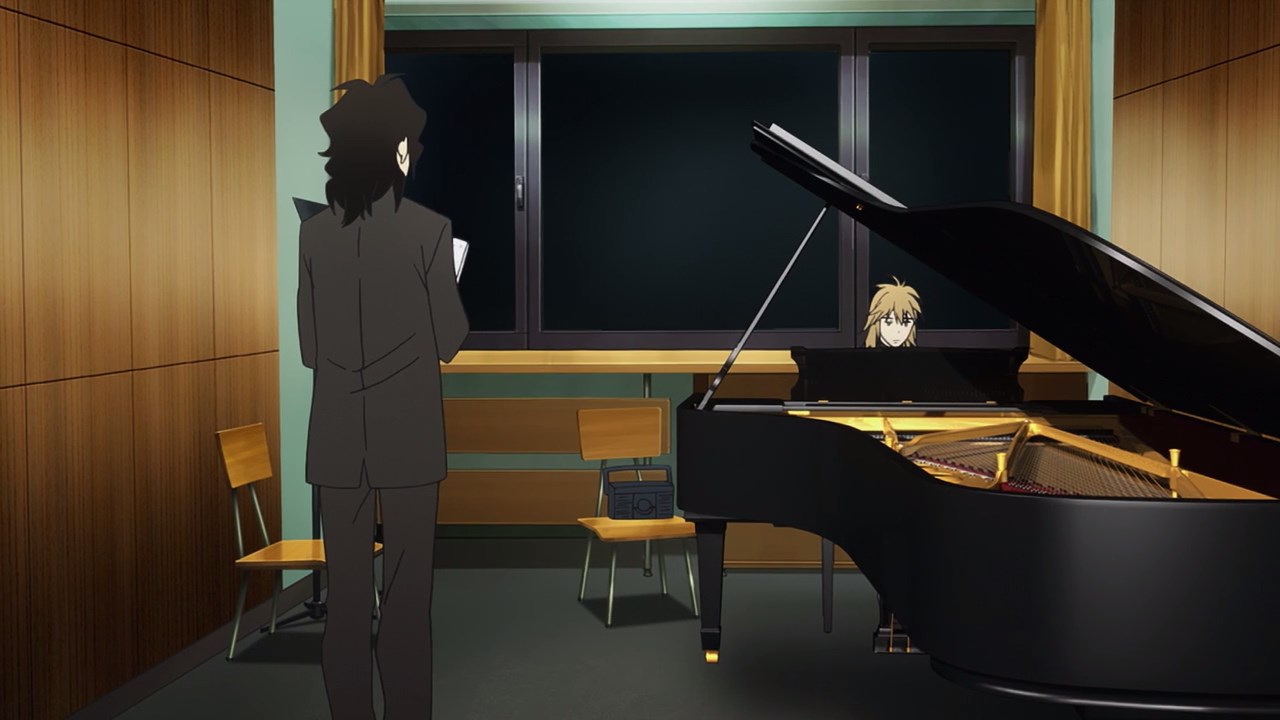 Meanwhile, here’s Kai Ichinose where he’s currently training with his mentor Sousuke Ajino. Then again, Kai is somewhat bothered with Shuhei’s harsh attitude towards him that Ajino-sensei told his pupil to stop playing and have a talk.

At this point, it appears that Ichinose’s feelings is affecting his performance, so it’s a good call for Ajino-sensei to stop his piano performance. 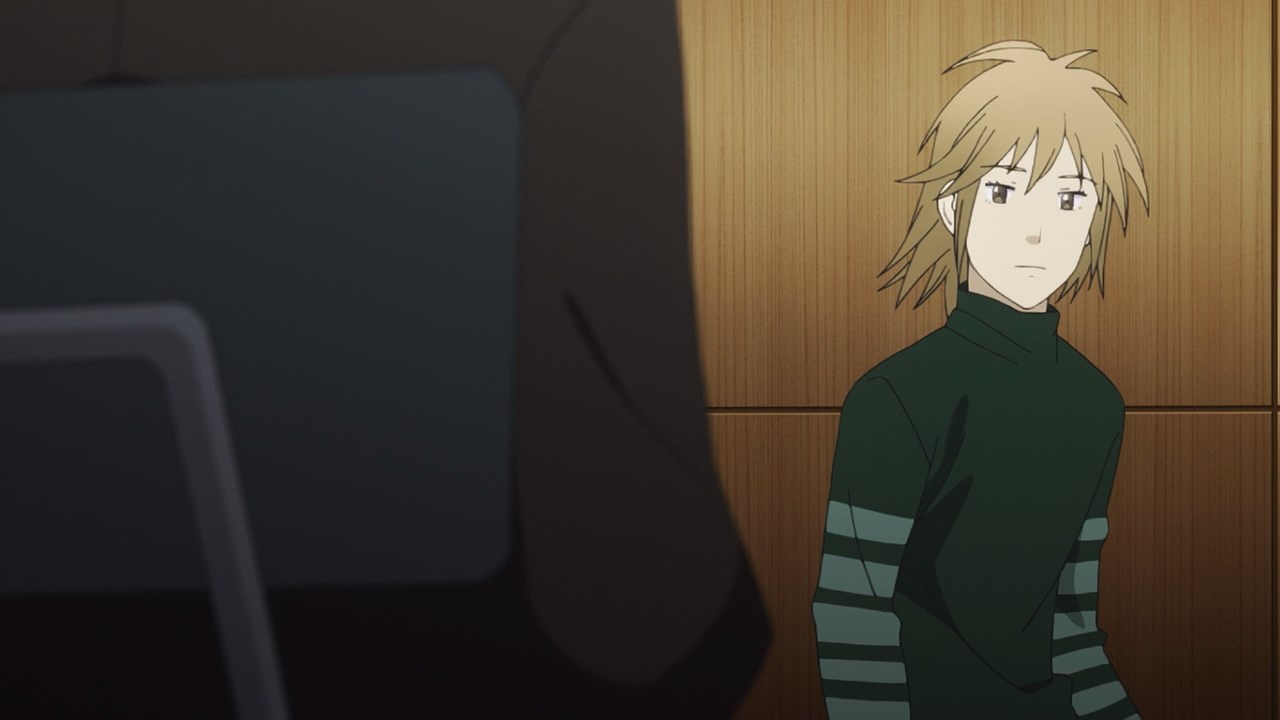 Anyways, it seems that Sousuke Ajino told Kai Ichinose to forget everything that he learned from his teacher.

While it’s somewhat trivial and downright controversial for a student to forget the lessons that he learned, especially the fundementals of playing the piano, but Ajino-sensei explains on why he wants Kai to play the piano with a blank state of mind. 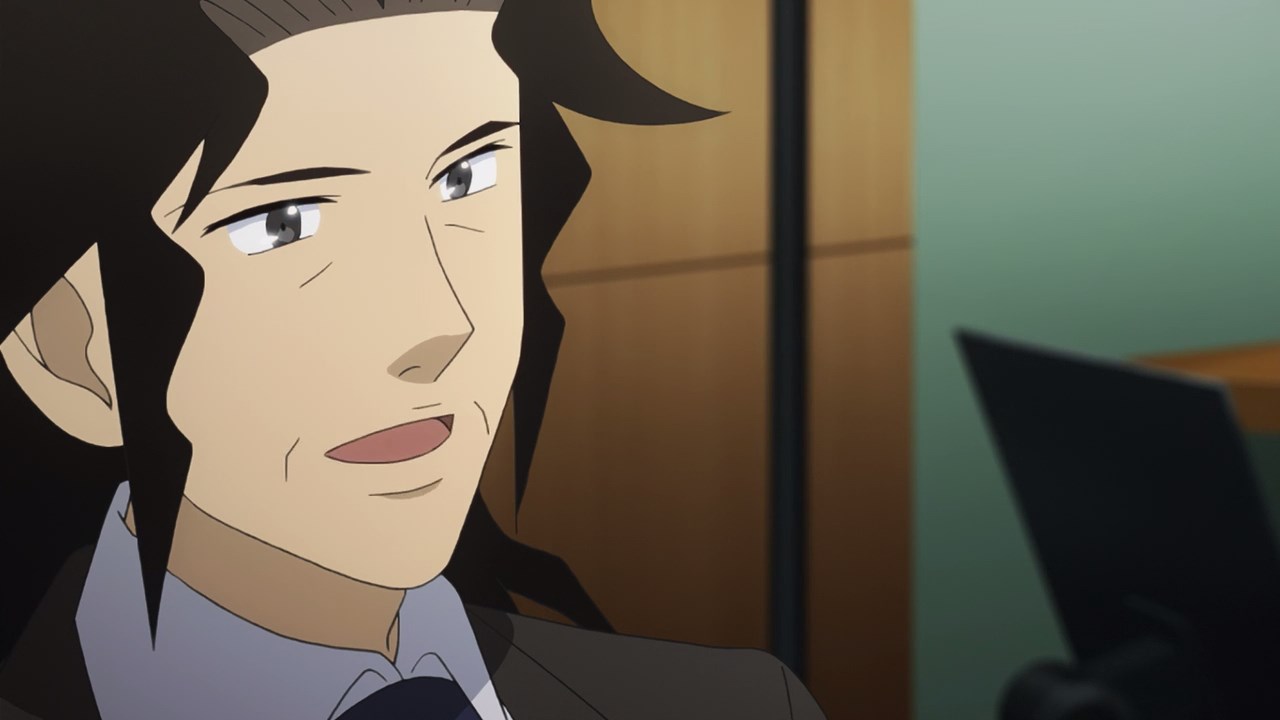 You see, Ajino-sensei told Ichinose that he already know everything from his body. The only thing that Kai needs is to play the piano and experience the atmosphere inside the music hall with a clear state of mind. 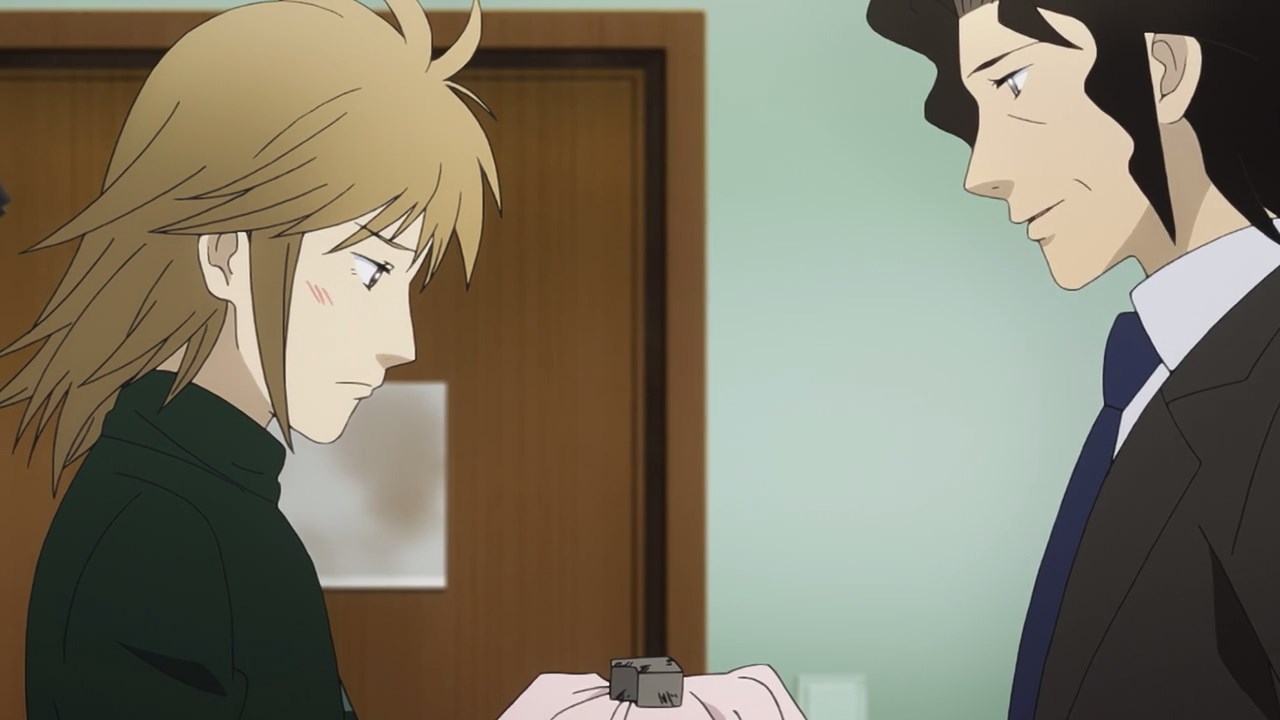 Also, Sousuke Ajino wants to give Kai Ichinose something from his mother Reiko. It’s a key from the now-burned piano from the forest where Rei wants to give it to his son as a good luck charm.

But you know what, it seems that Kai already brought the forest piano within his heart, although it’s nice to have a good luck charm in order to take him to greater heights. 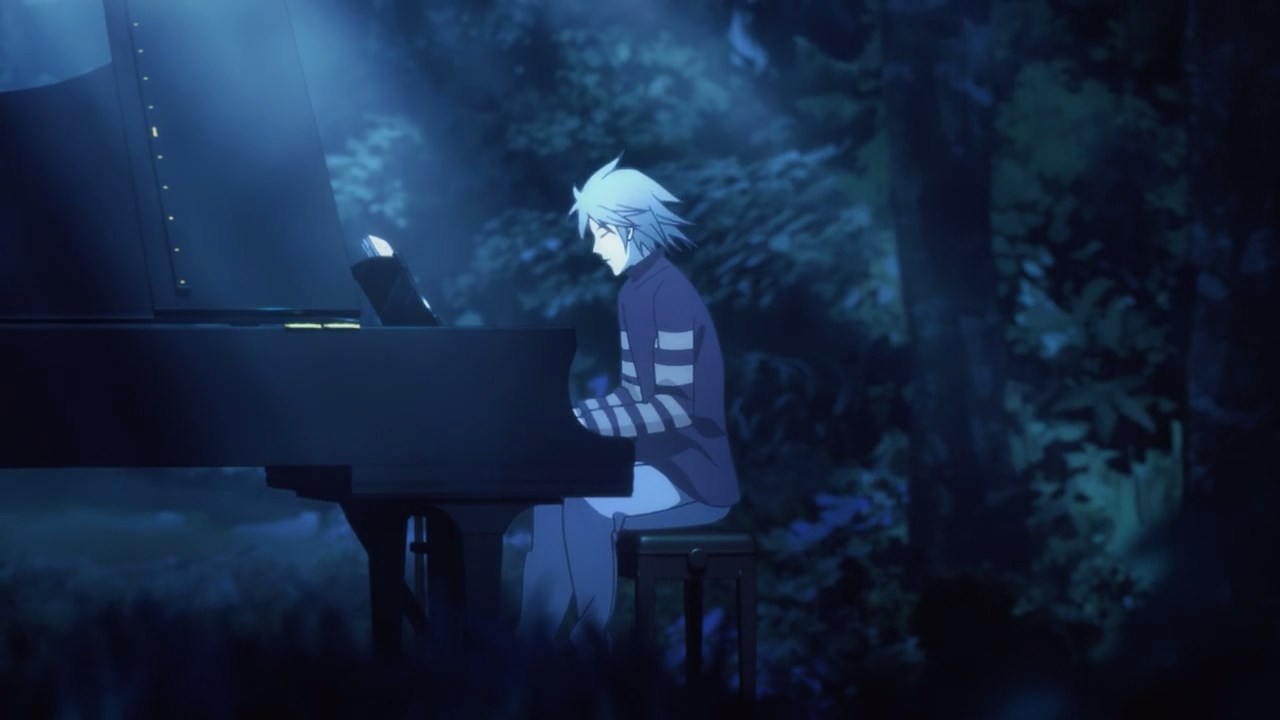 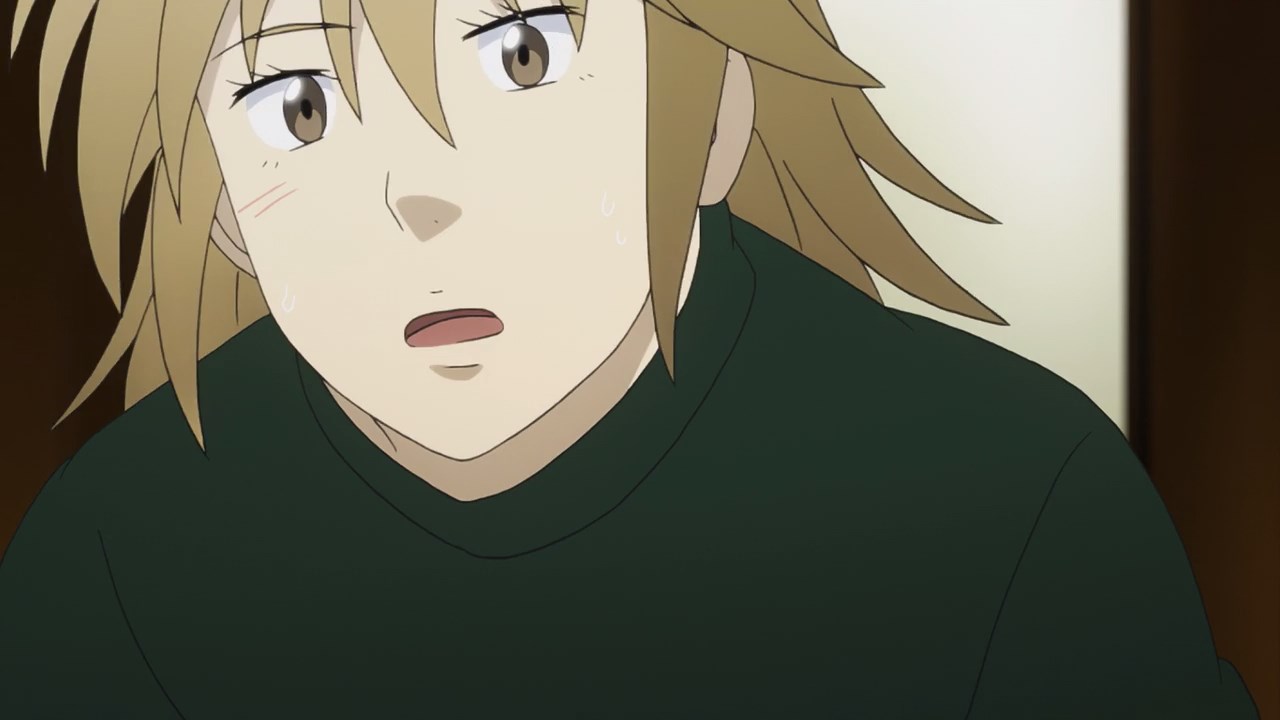 So, Kai Ichinose went to Room 435 where he was surprised that the person who matches his playing is actually the one he knows. 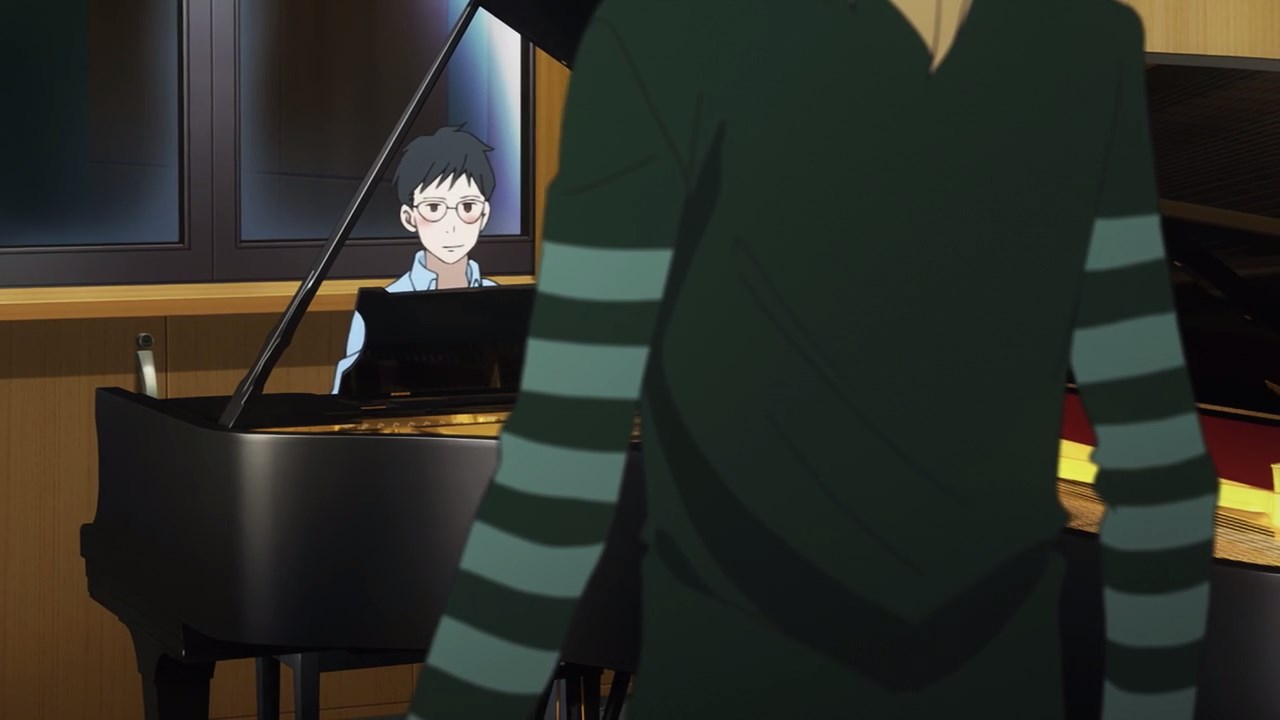 It’s none other than Shuhei Amamiya and it’s surprising that he matches Kai’s piano performance. I have to say that they compliment with each other when they play the piano together. 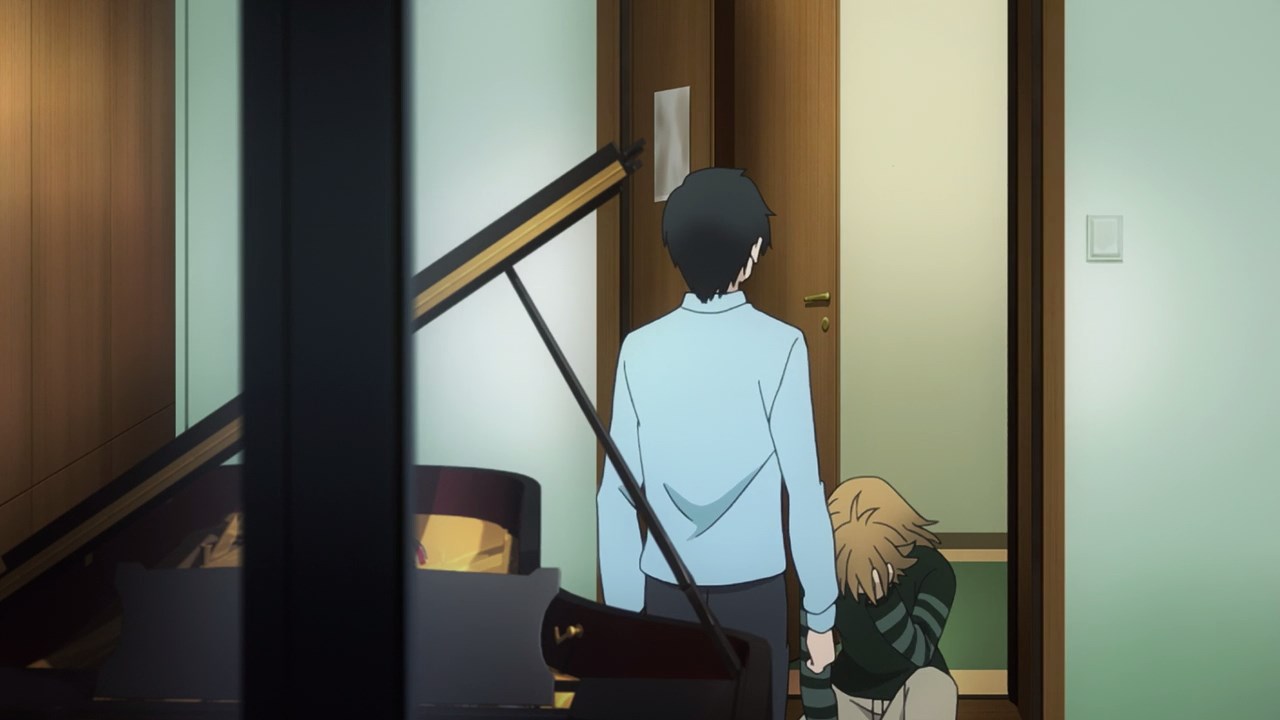 And as for Kai Ichinose, he’s crying that his friend Shuhei Amamiya has returned to him. Well, it seems that both Kai and Shuhei have finally reconciled. 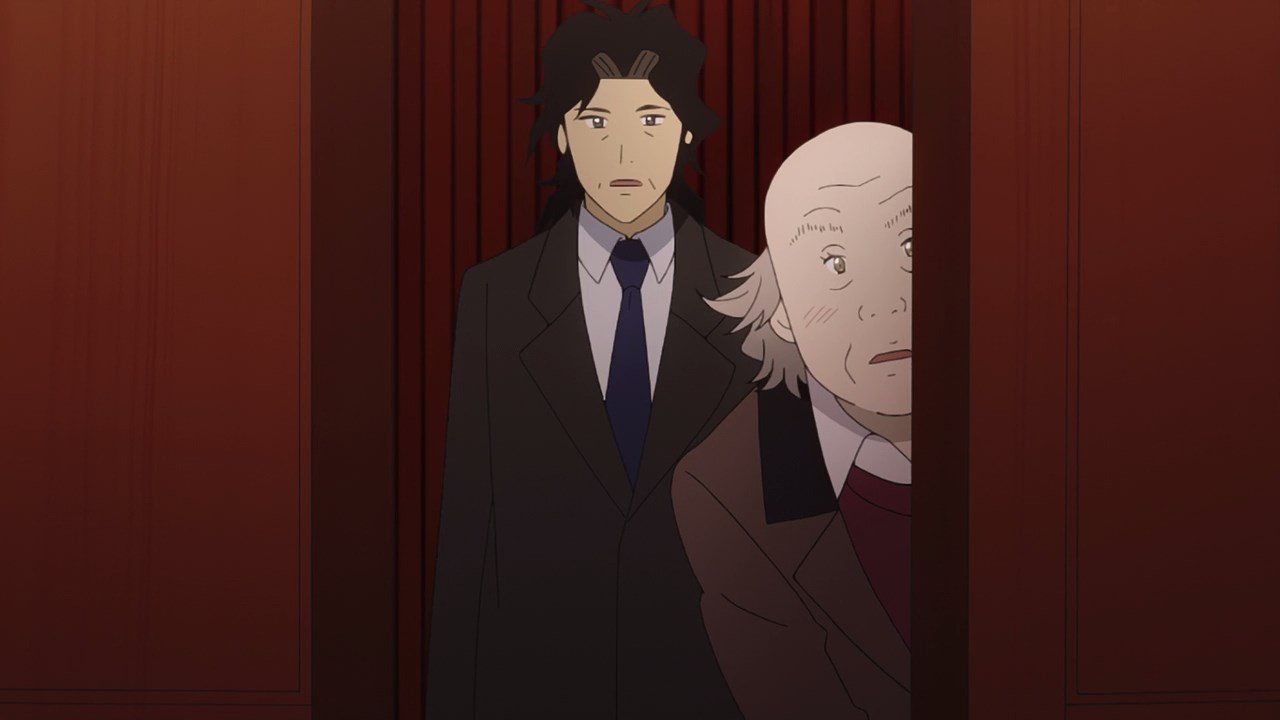 One last thing, here’s Sousuke Ajino and Jean Jacques Serreau where they saw something that’s rare inside the music hall. 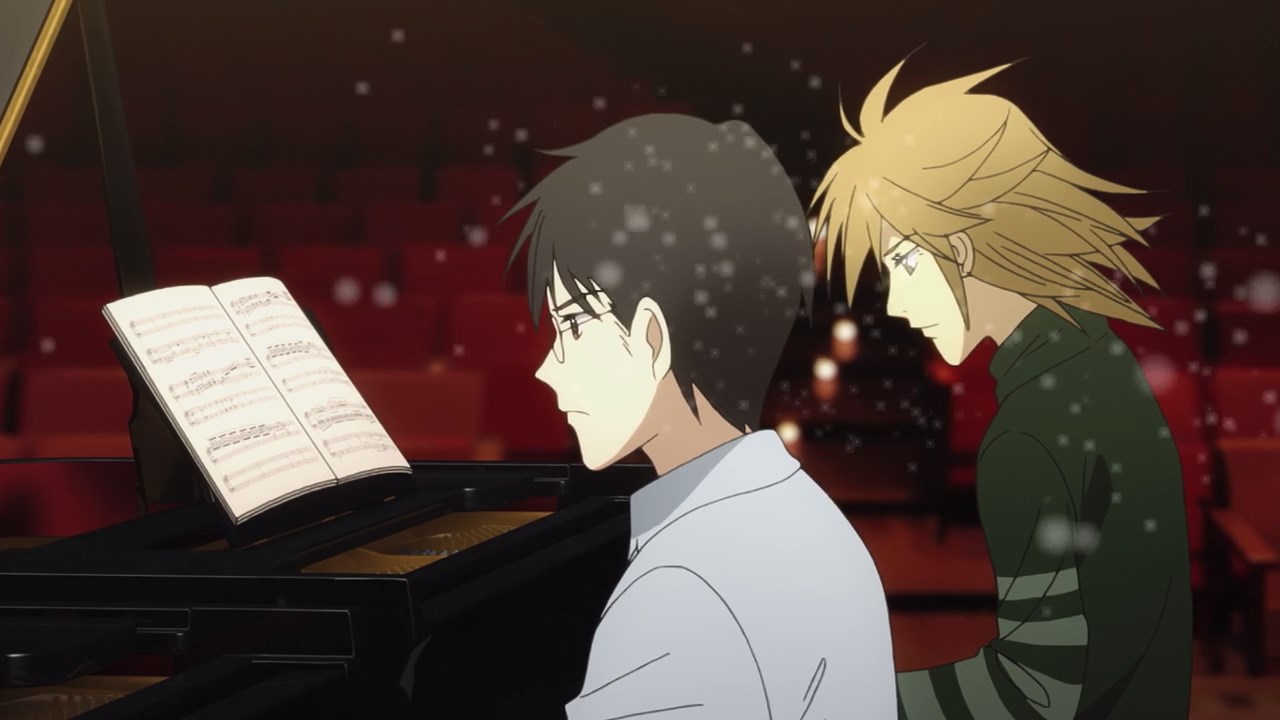 What they saw was Shuhei Amamiya and Kai Ichinose playing the piano together. Isn’t it nice to have a rare moment where friends perform together?

With that said, looks like Kai Ichinose is ready for the final stage of the piano competition. Of course, there’s still a lot of story to tell before the series end, so I’ll see you next time.