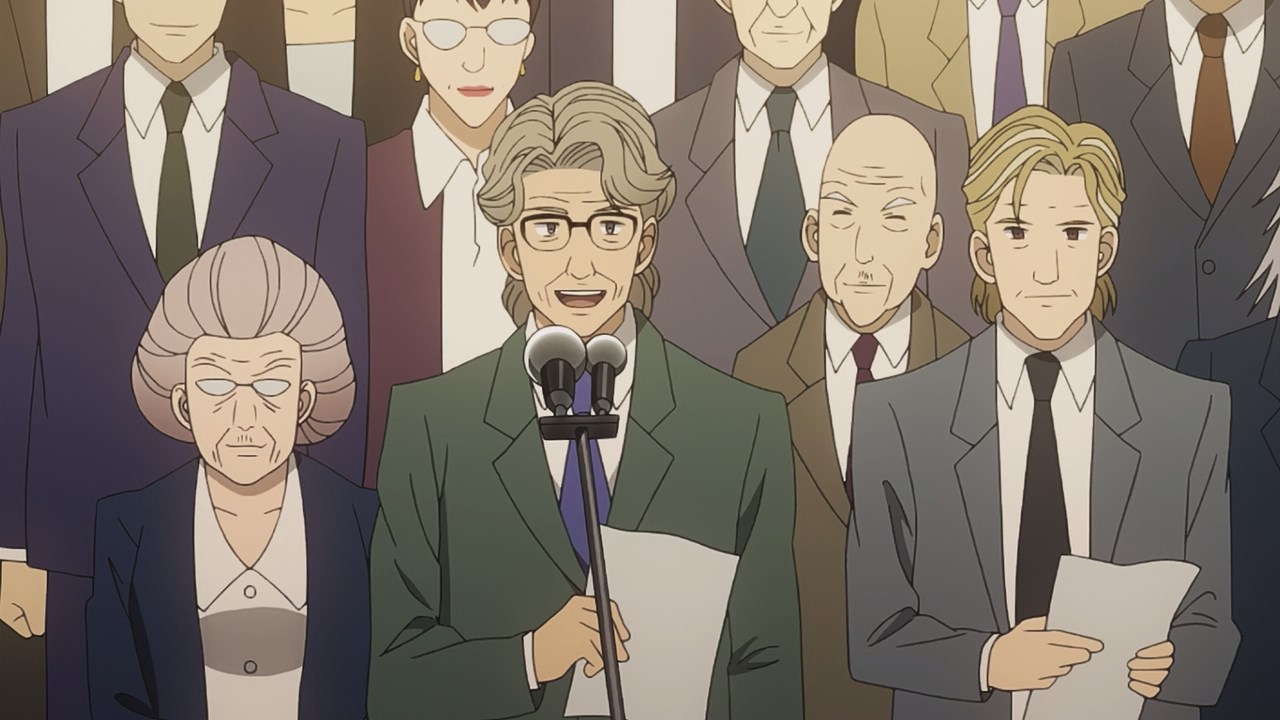 Well, we’ve finally arrived at the final episode of Piano no Mori as the judges have finished the deliberation of the scores. Now, it’s time to announce the Top 6 of the International Chopin Piano Competition. 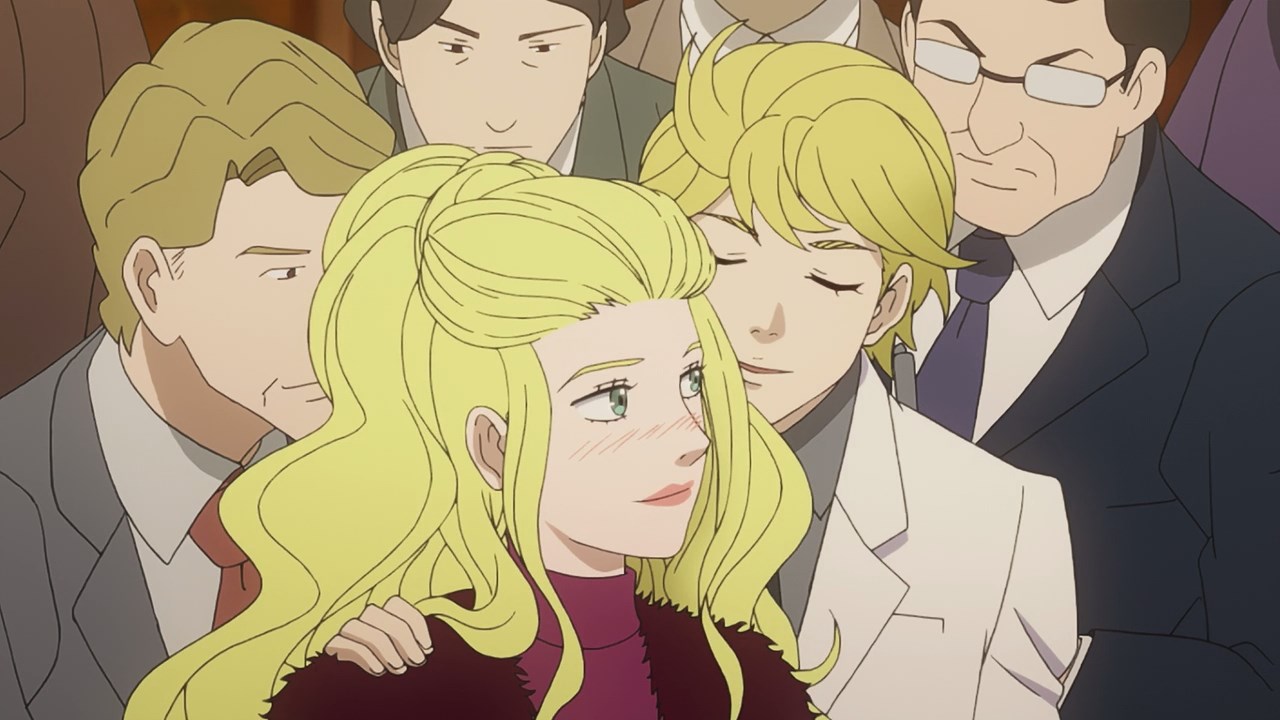 In 6th Place, it’s Sophie Ormesson. While she didn’t beat Pang Wei at this competition, what’s important is that Sophie did her best to be in the Top 6. 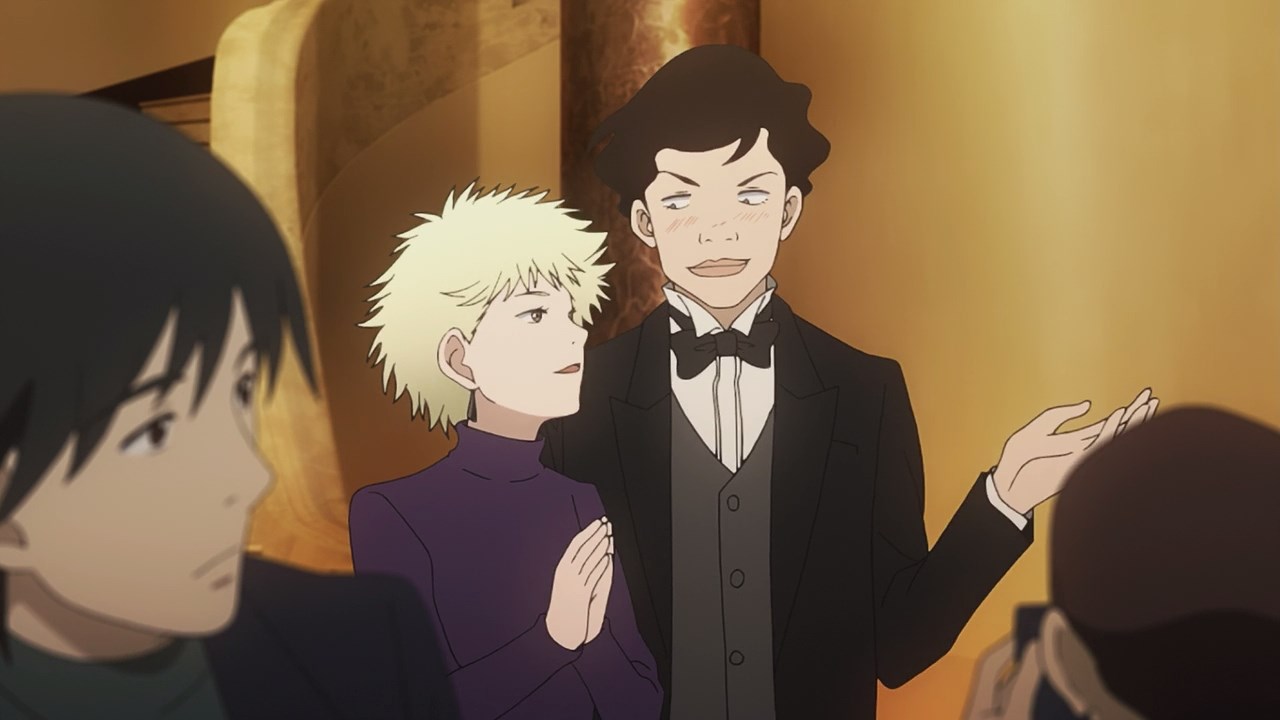 In 5th Place, it’s Aubrey Theiss where he was congratulated by Olesya Yushchenko. Of course, Olesya didn’t place higher in Top 6 but hey, at least Yushchenko got some experience on playing the piano at the world stage.

By the way, no pianist was awarded to 4th Place but it would be nice if someone would take that spot. 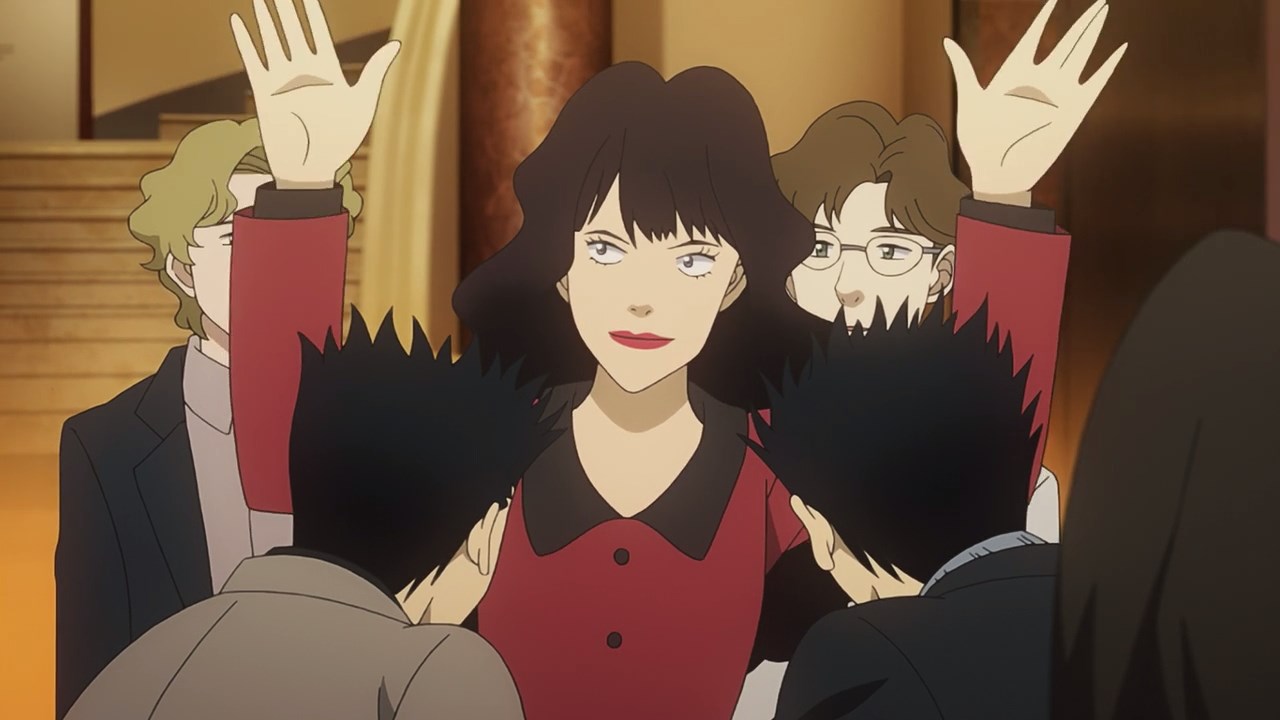 However, it appears that both pianists have tied for 3rd Place where Allegra Granados took that spot… 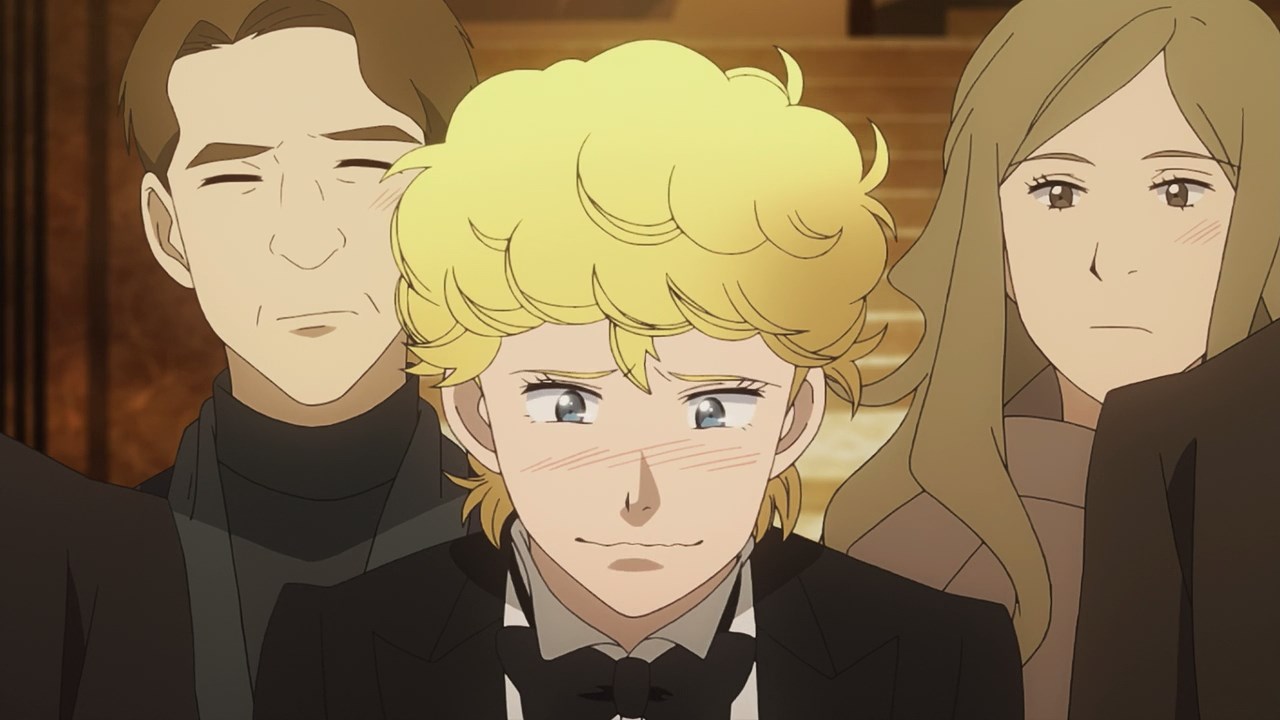 …as well as Lech Szymanowski where he can’t believe that he’s placed 3rd, although some of them wanted Lech to win the competition. 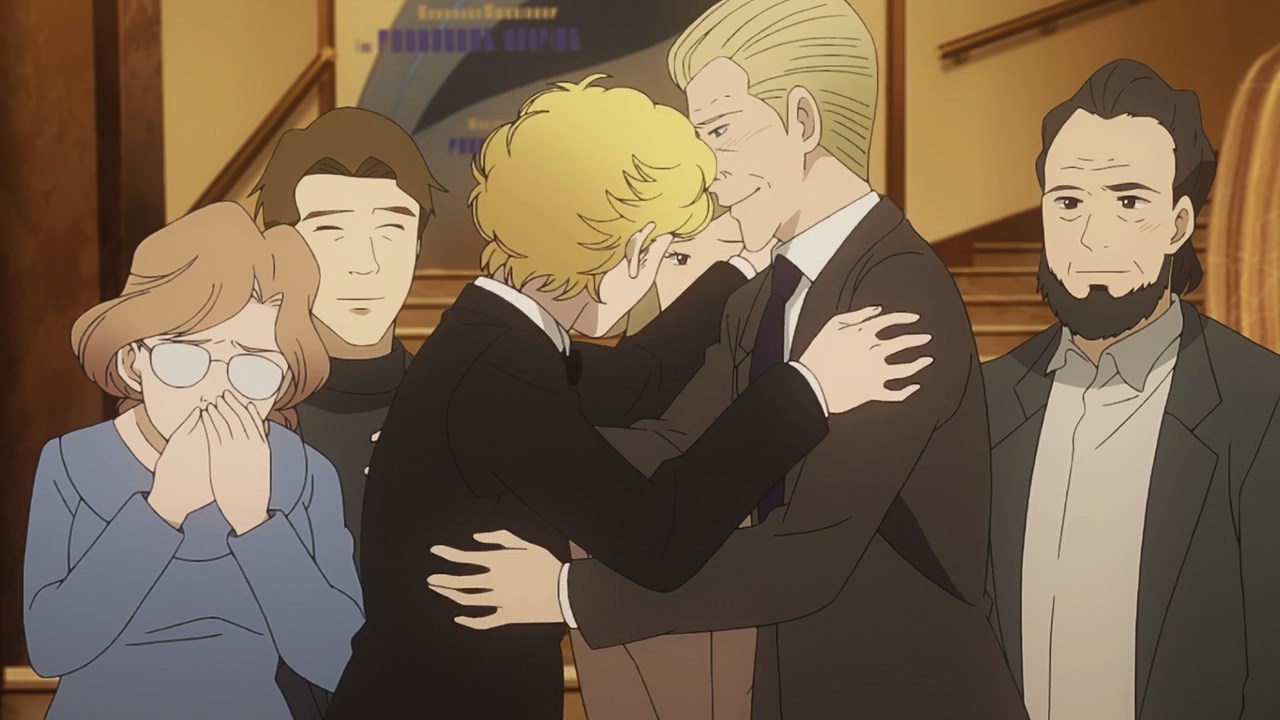 On the other hand, it appears that Lech’s parents are proud of his accomplishments, especially his father where he reconciled with his son.

Of course, I wish Emilia would wake up and congratulate her brother for getting 3rd place. 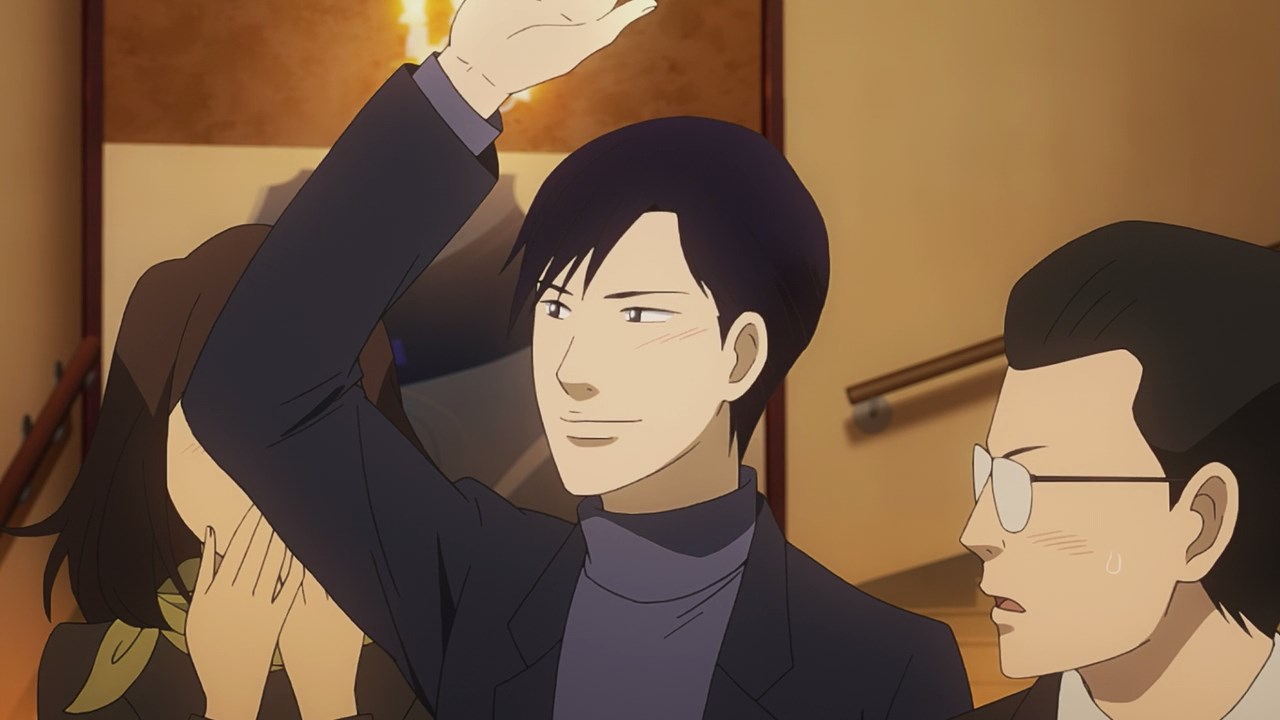 And in 2nd Place, it’s Pang Wei where he also won the polonaise award. Then again, Mr. Kong wants Wei to win by threatening the judges at gunpoint, but you know that he’ll get arrested if Mr. Kong did that.

Okay, it seems that we’re getting off-topic here as it’s time to announce the winner of the International Chopin Piano Competition. Who will be the best pianist in the world? 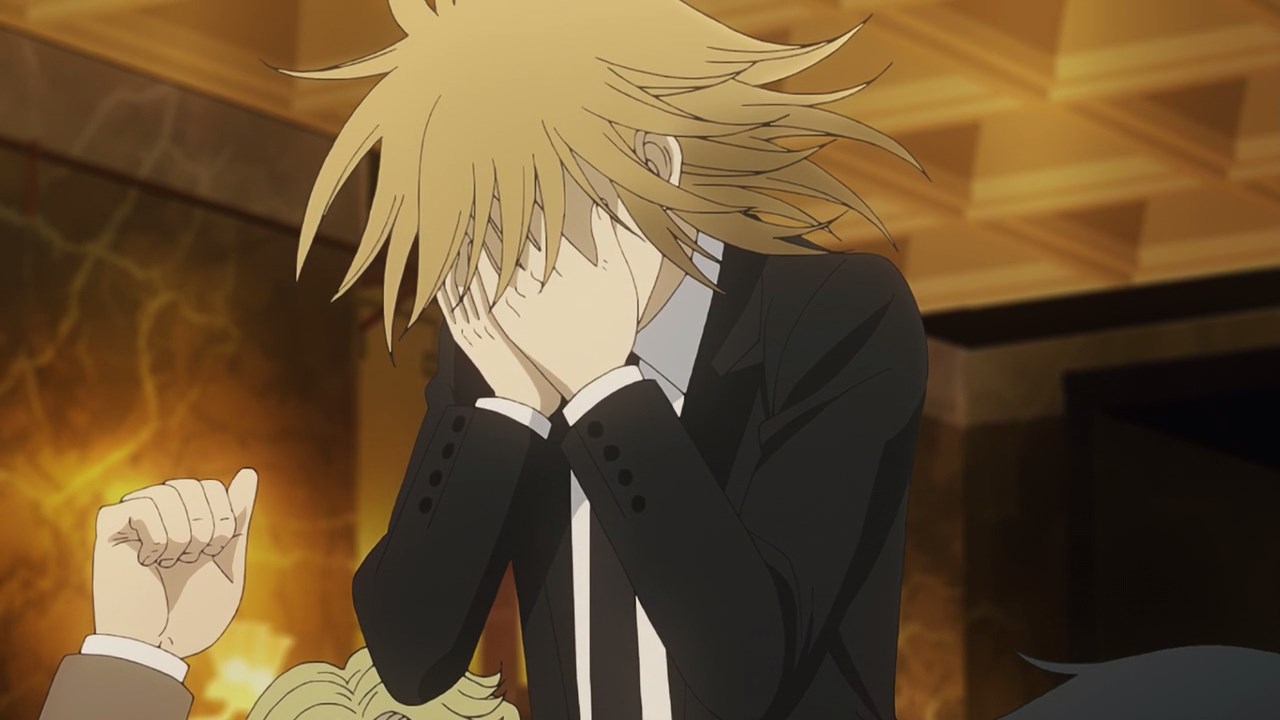 Why it’s none other than Kai Ichinose as he’s not only the youngest pianist who won first place, but also won 3 awards for mazurka, sonata, and concerto.

Well, glad that Kai proved to everyone that he’s the best in the world! 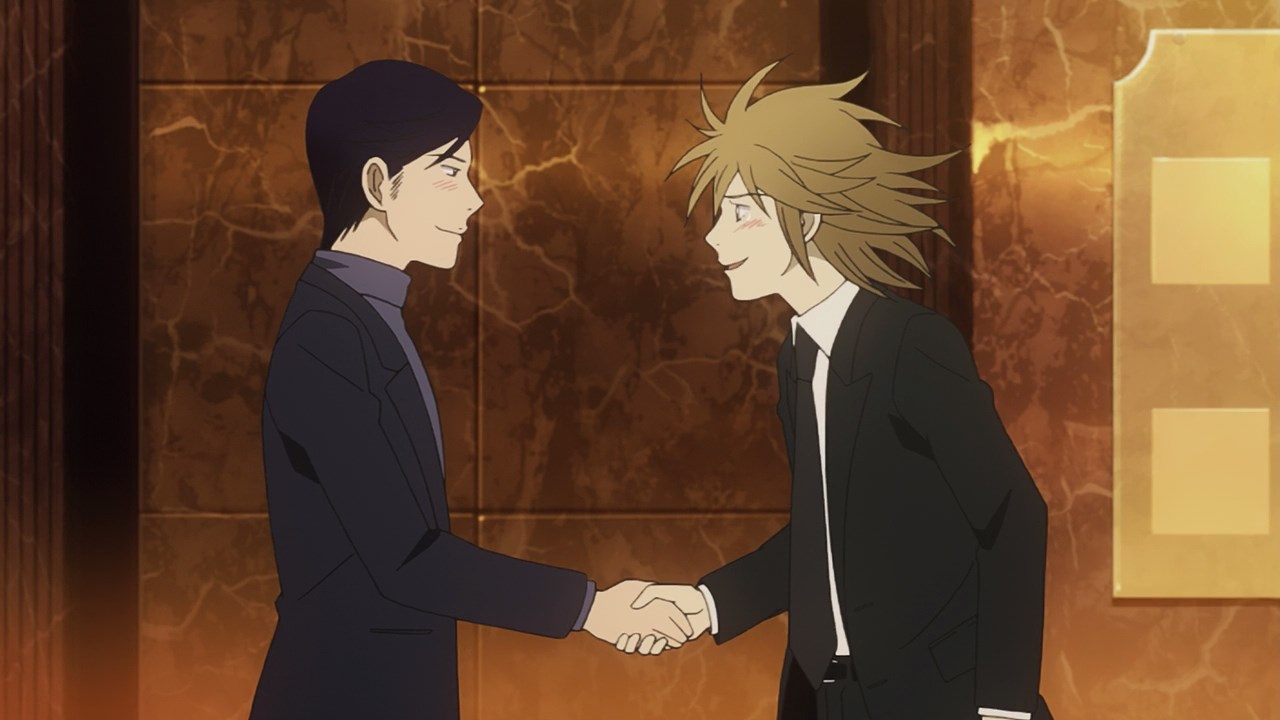 Oh, and it seems that Pang Wei congratulate Ichinose for his victory. Man, I have to say that he’s no longer the stoic pianist as Wei changed a lot upon meeting his idol Sousuke Ajino. But just like I said earlier, Mr. Kong wanted Wei to win but it appears that he didn’t took action against the judges.

Speaking of that triad boss, what the hell happened to him? Did Mr. Kong didn’t show up and got away scot-free? I mean, he already killed Pang Hao in China. 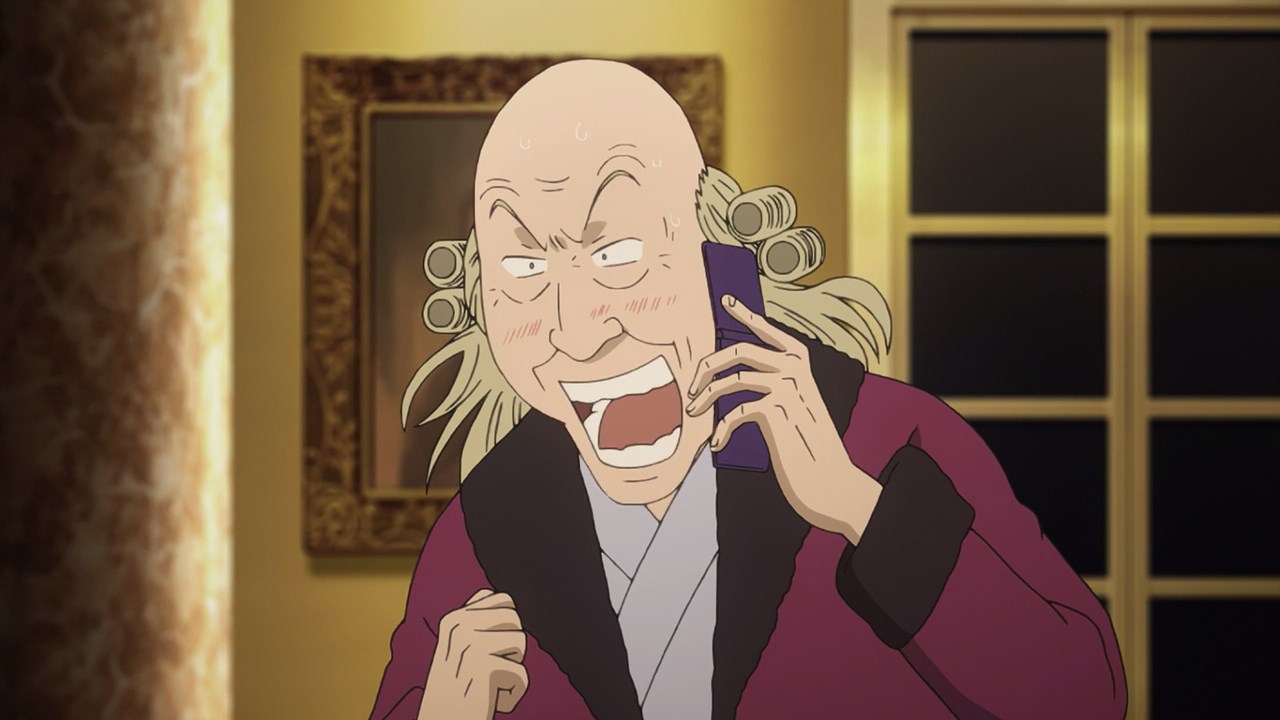 So while the majority agreed that Kai is the winner, not all of them are happy that Ichinose won as Piotr got a call from President Buzek. And really, this president got really pissed that Lech Szymanowski didn’t win the competition. 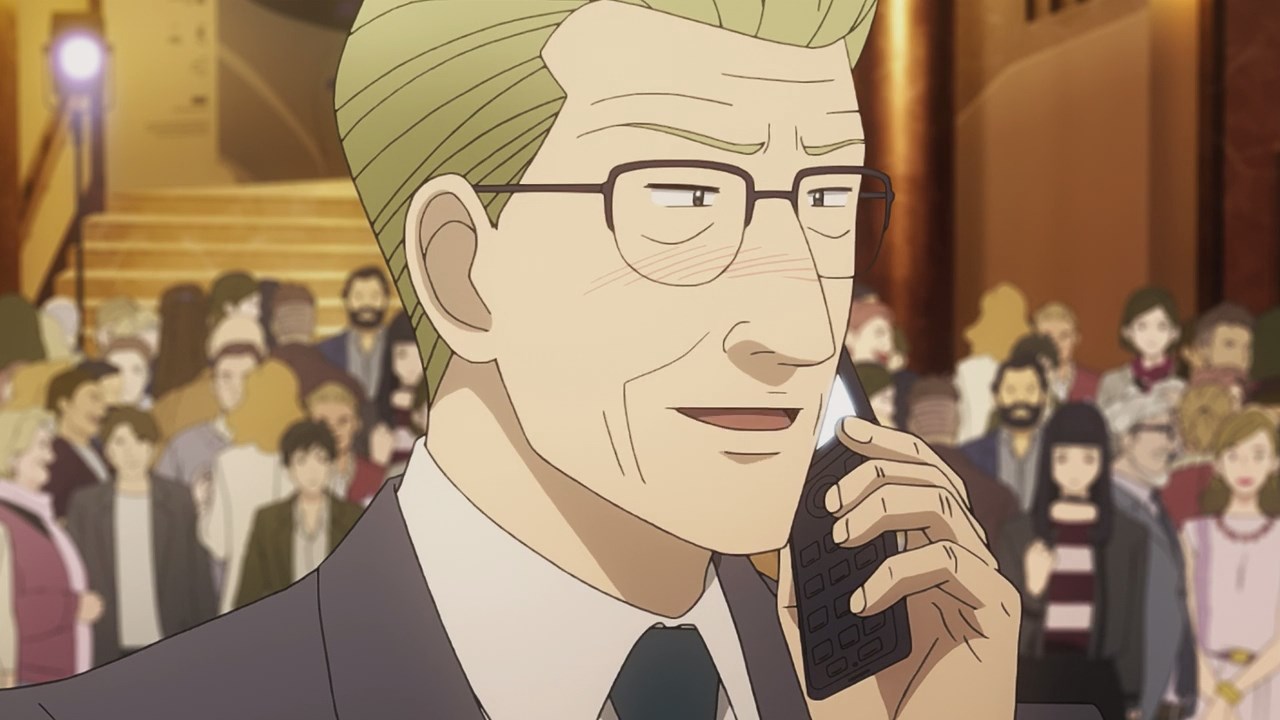 But you know what, Piotr won’t call himself as a musician anymore once he manipulated the scores. Thus, he told President Buzek that he’ll never betray music again.

Well, glad that he turned himself to a new leaf instead of being a corrupt judge. All’s well that ends well at the International Chopin Piano Competition. 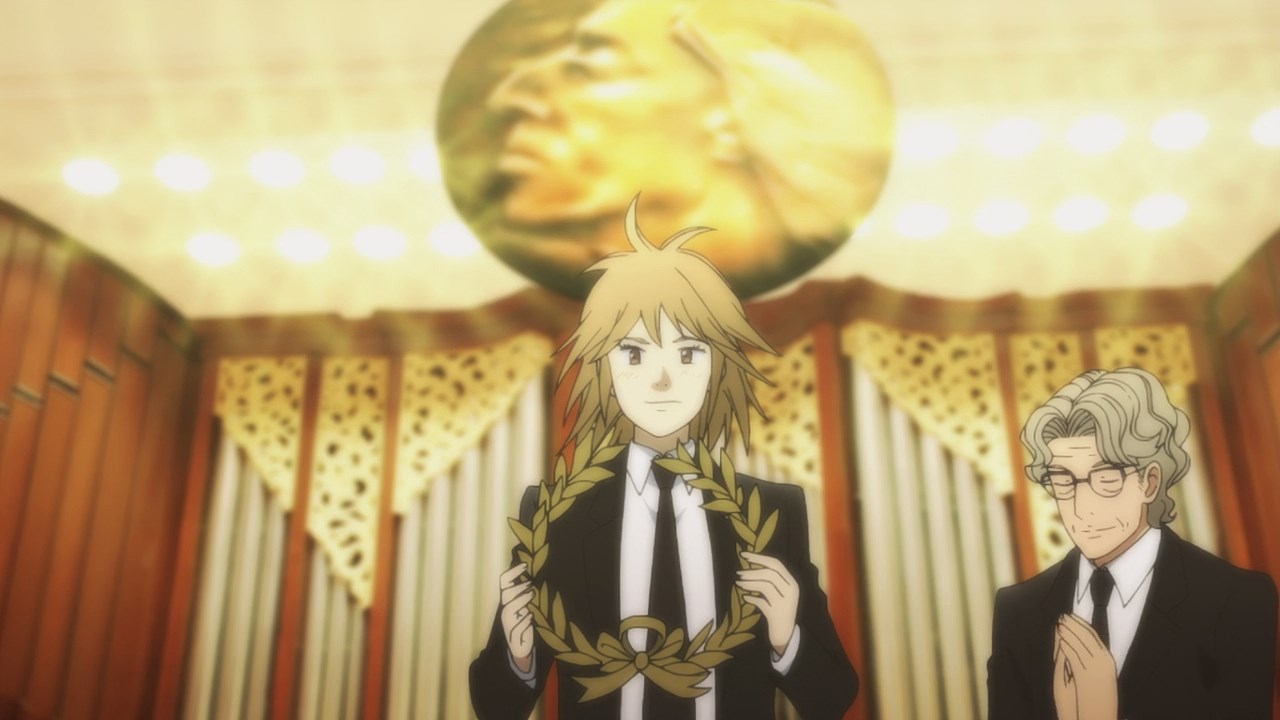 And so, it’s time for the award ceremony where Kai Ichinose receives the trophy and thus it’ll be the start of his stunning career as a world-class pianist.

So, I guess that it’ll be the end of this anime series right? Not quite! 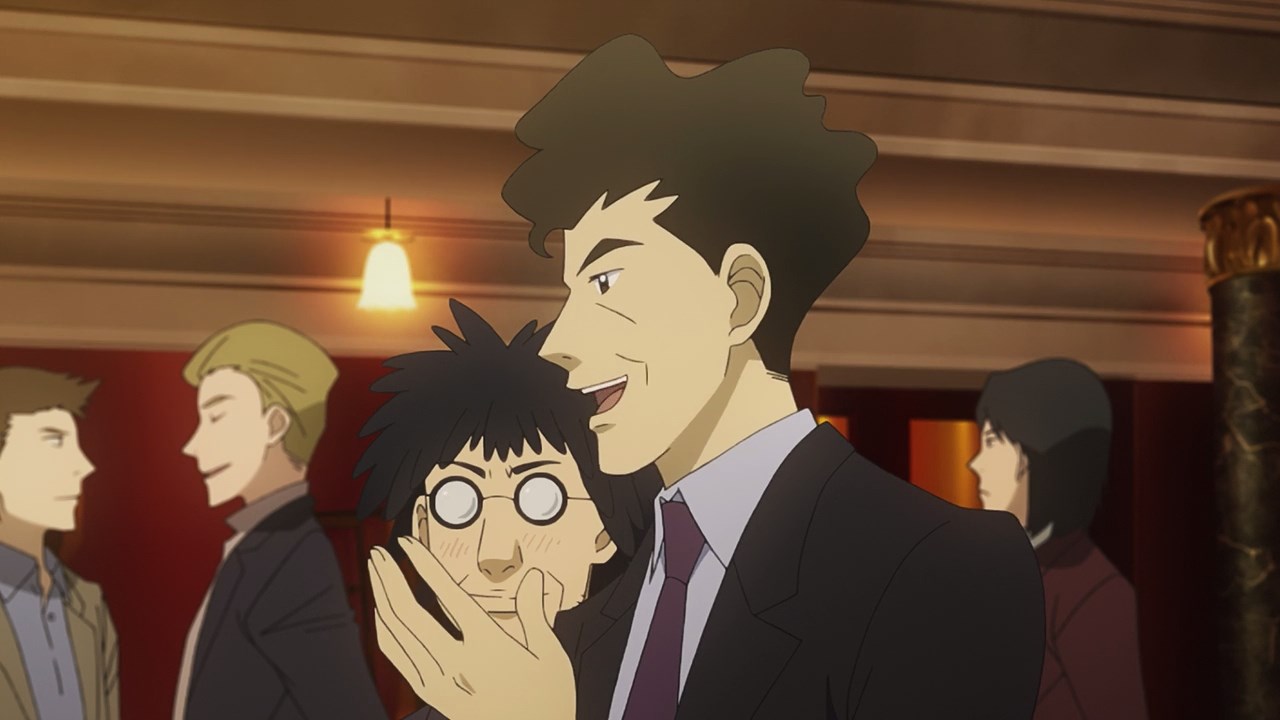 You see, Dr. Nakao and Dr. Nashimoto are here to meet with Sousuke Ajino and Jean Jacques Serreau as they want to discuss something about operating someone’s hand until its fully-healed. 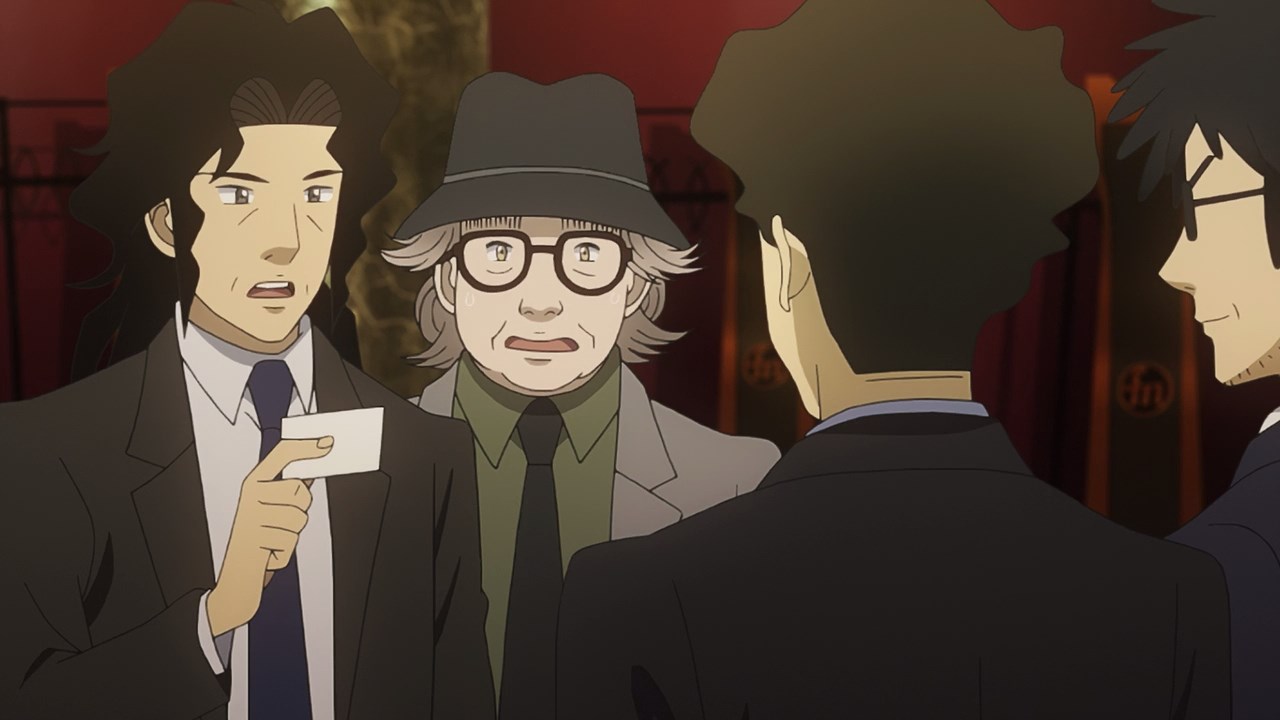 Oh yeah, Dr. Nashimoto is the one who healed Ichinose’s hands but come to think of it, I wonder if his hands needed some serious surgery?

In any case, Jean Jacques Serreau will have to get Kai Ichinose to discuss on this matter with both Dr. Nakao and Dr. Nashimoto. 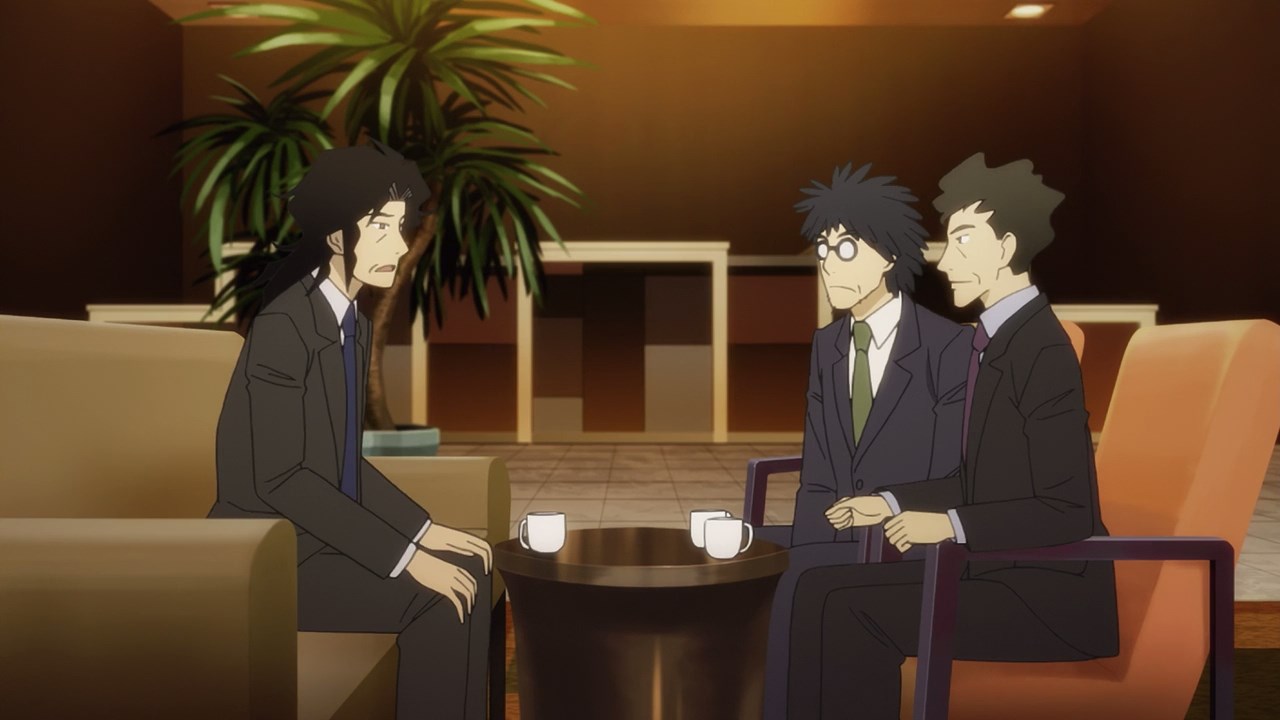 But speaking of Dr. Nakao, he wants to talk about the hand surgery so while he waits for Ichinose, Dr. Nakao wants to show something to Ajino-sensei. 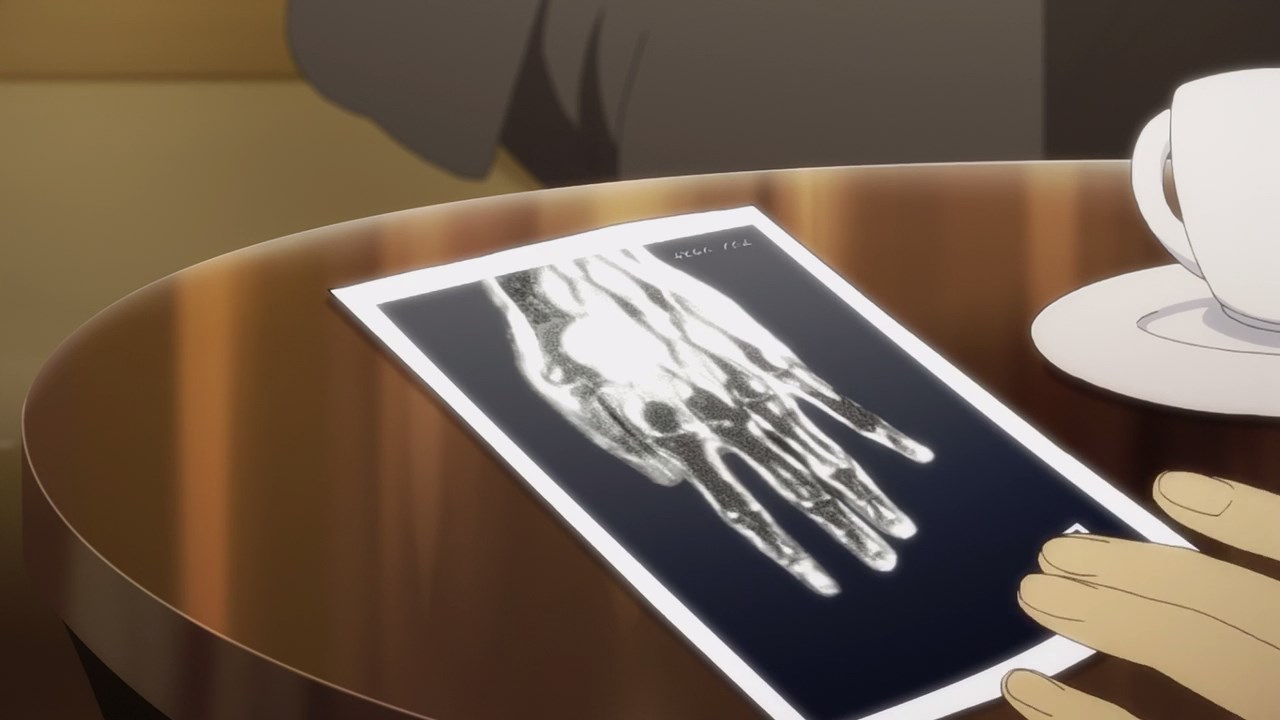 This is an x-ray image from 20- No, 25 years ago. Oh, and it doesn’t belong to Kai Ichinose, but rather his teacher Sousuke Ajino where his left hand got injured after being caught in a car accident. 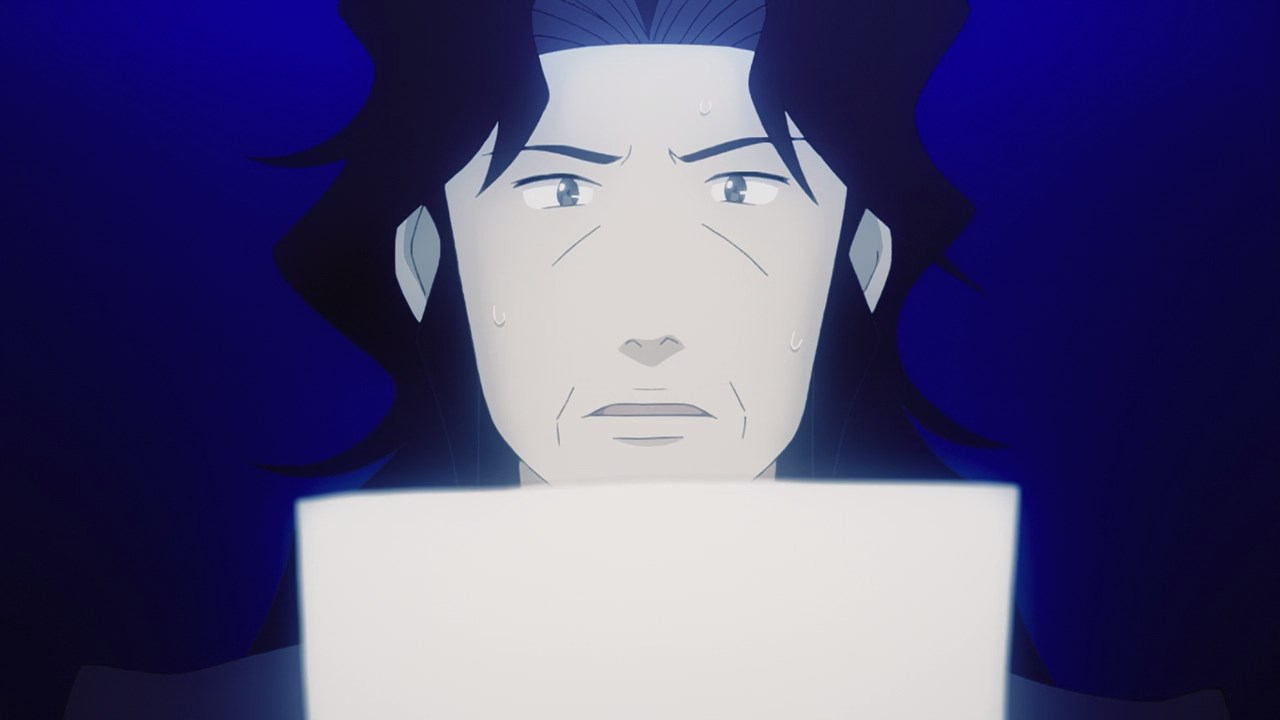 This puts Ajino-sensei in a state of shock and confusion as he wanted to live a peaceful life after teaching Kai for so long, but it turns out that his pupil wanted to repay him by repairing his left hand. 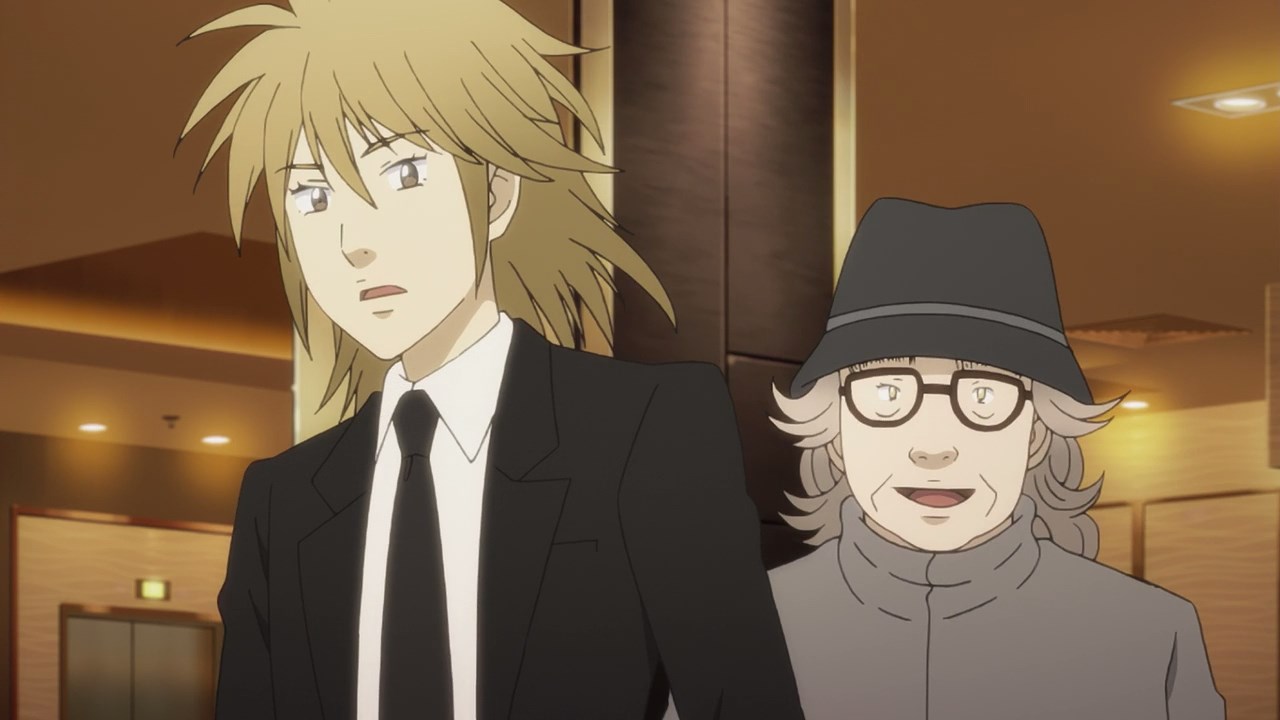 But speaking of Kai, he’s here to discuss about the planned surgery for Sousuke Ajino’s left hand.

And here’s the thing though as Kai made a promise to Dr. Nakao that he’ll win the International Chopin Piano Competition so he can use the prize money to heal his teacher’s hand. 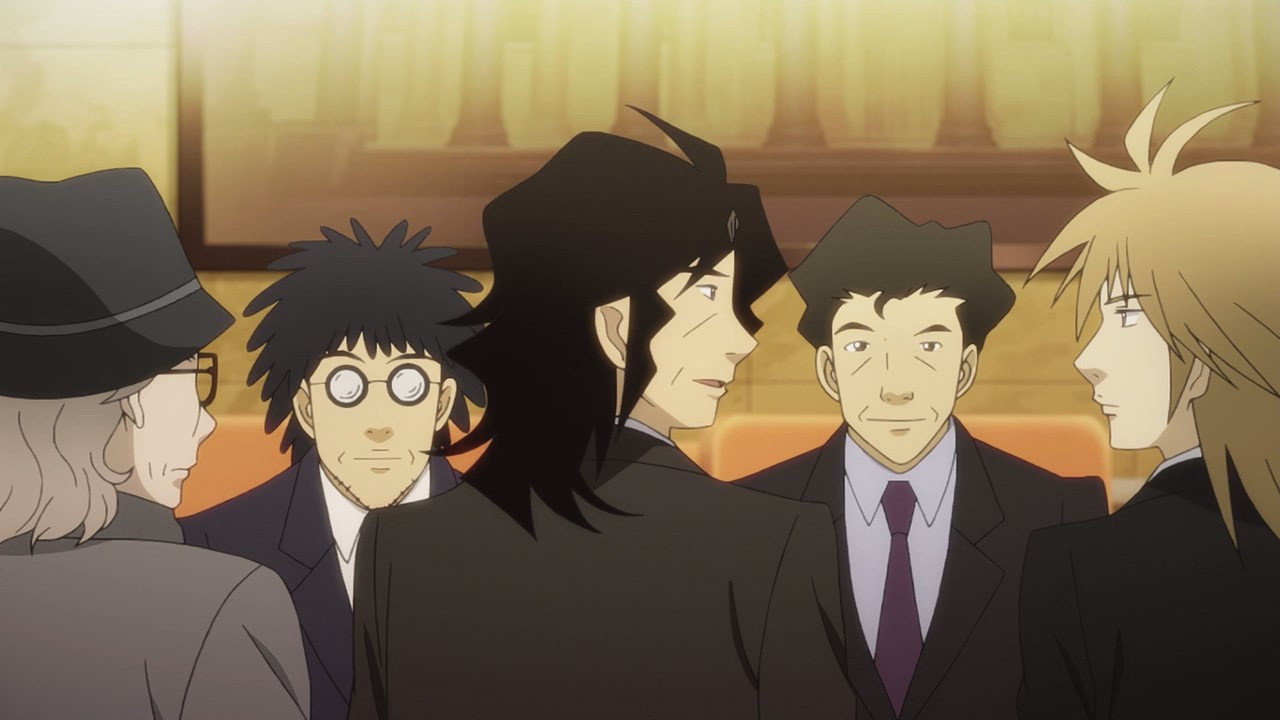 And while he appreciate Ichinose’s offer, Ajino-sensei told Kai to wait for a while as he wants to think about it first.

But deep down, he doesn’t want to take the surgery because Sousuke is already satisfied on taking Kai to greater heights. 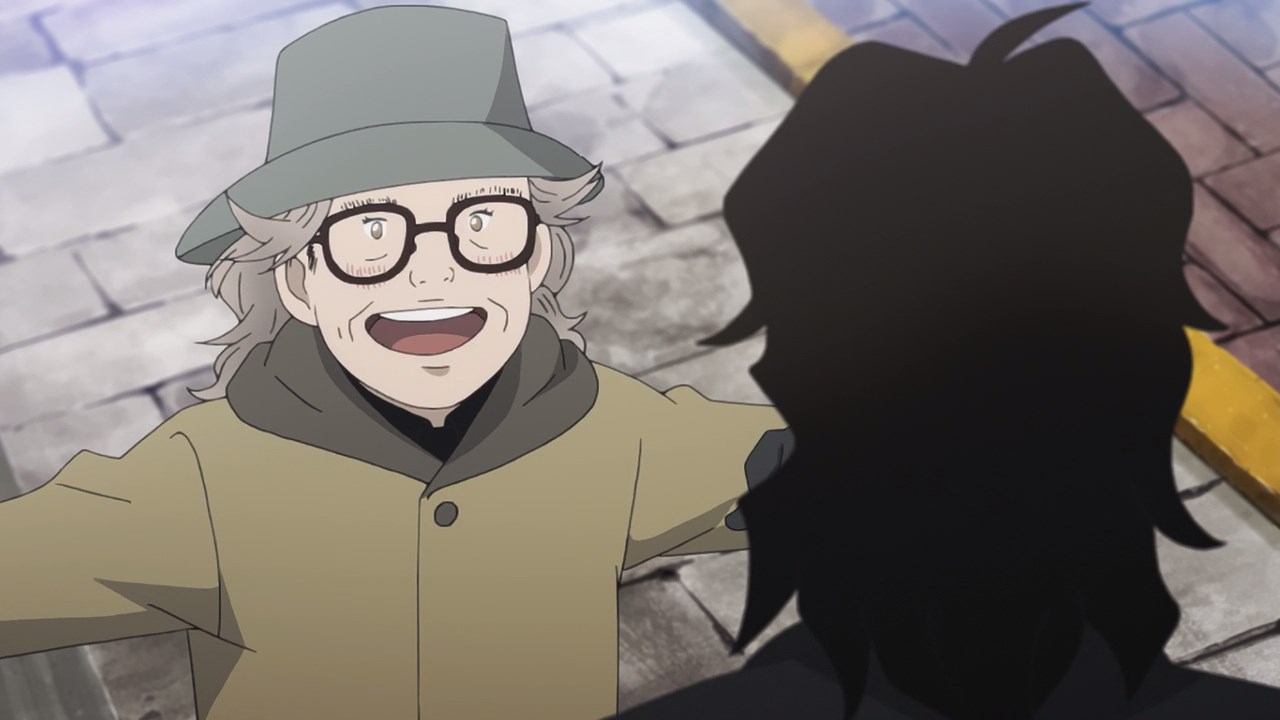 However, Jean Jacques Serreau urged Sousuke Ajino to take Dr. Nakao’s offer as he explained to Ajino-sensei that Kai wants his teacher to be at his prime in order to surpass him someday.

So even though the young winner has already accepted that he’ll leave his teacher behind to do greater things, Kai Ichinose wants Sousuke Ajino to be his lifelong rival. But then again, wants to play the piano alongside him. 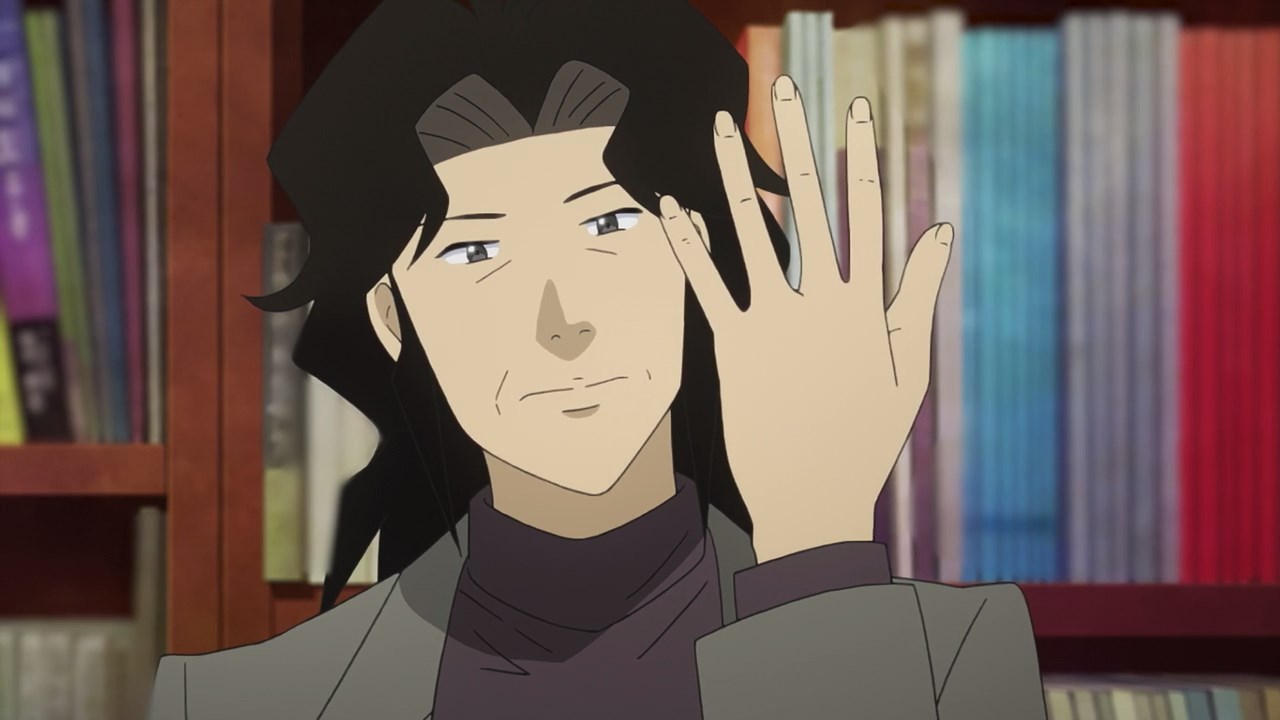 With that said, Sousuke Ajino took Dr. Nakao’s offer and went under the knife where his left hand got healed. Unfortunately, it appears that his left hand couldn’t match with his right even after the surgery went well. 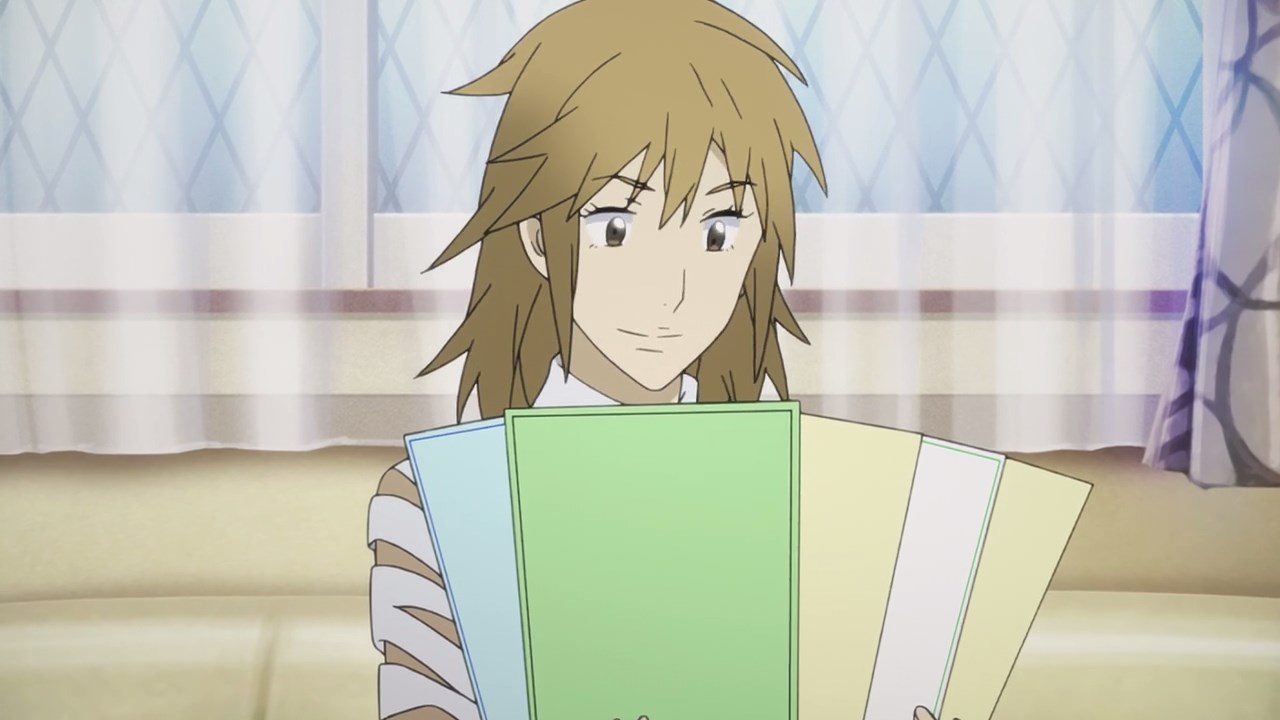 But you know what, I think it’s time for Kai Ichinose to pay him back by teaching Ajino-sensei’s left hand to play the piano. I have to give props to Ichinose for repaying his mentor.

Of course, it’s not just he wanted to play the piano alongside his mentor, but I feel that Kai wants Ajino-sensei to pass his knowledge to the next generation. 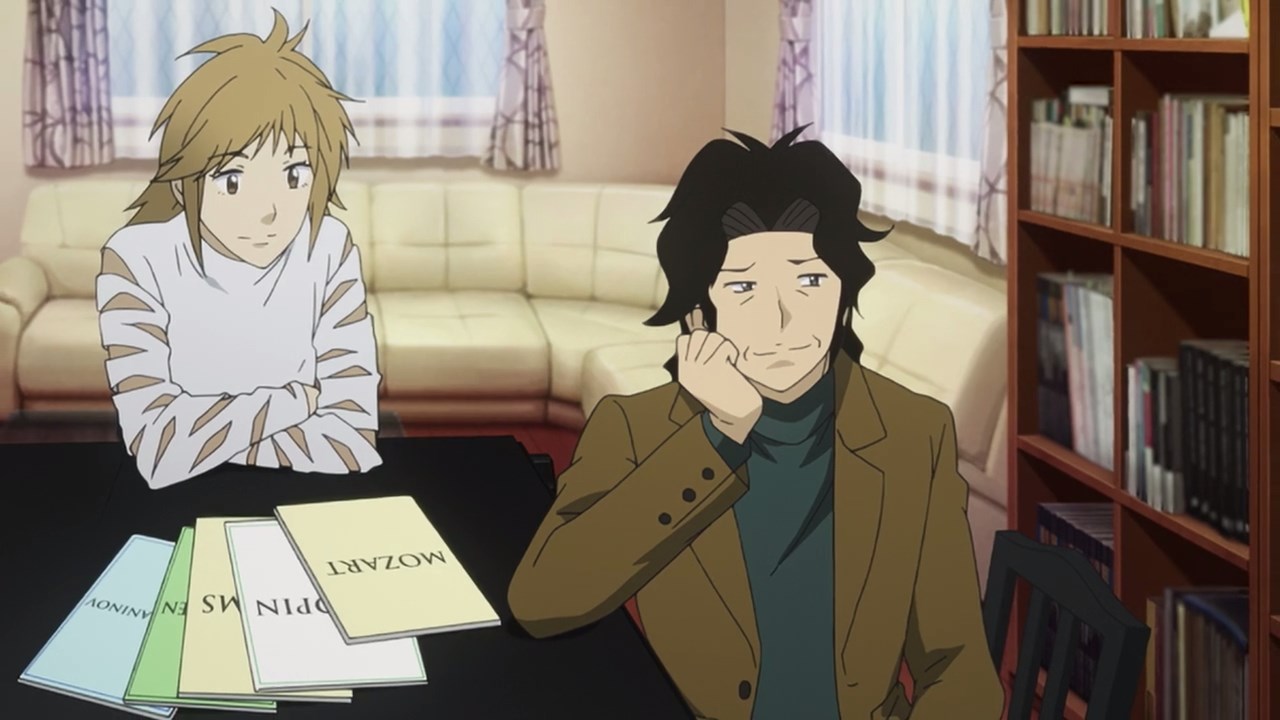 In any case, looks like I’m done watching Piano no Mori and against all odds, Kai Ichinose has won the International Chopin Piano Competition and became the best pianist in the entire world.

And really, there was a lot going on with this overlooked series ranging from showing backstories of various competitors like Pang Wei and Lech Szymanowski, to their enduring friendship between Kai Ichinose and Shuhei Amamiya even though the latter sees the former as a rival at first. But, the most surprising thing of all is how Kai repaid Ajino-sensei by giving him a chance to play the piano at a large audience again, although I’ll learn more about that later on.

Now for the anime adaptation from Fukushima Gainax (or Gaina as it’s currently known), they did a decent job of adapting the source material from beginning till end but then again, its animation is somewhat limited where they use stills rather than CGI like in the first half of the show. But you know what, the important thing about Piano no Mori is the story and Gaina put some effort on making it special. Heck, I feel that it surpassed the movie from Madhouse in terms of conveying its story. 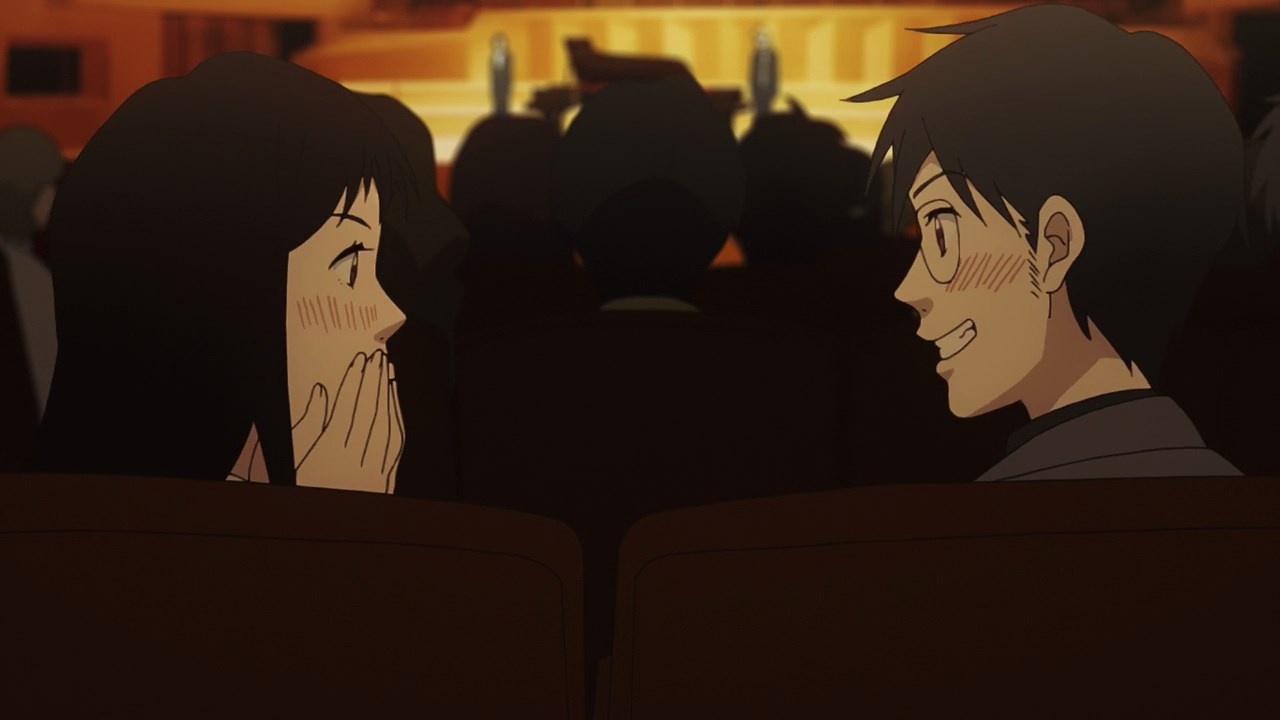 And now, it’s time for the epilogue as various characters from the series like Shuhei Amamiya and Takako Maruyama are here to watch a special performance from two prominent pianists, the best pianist Kai Ichinose and a resurgent Sousuke Ajino. 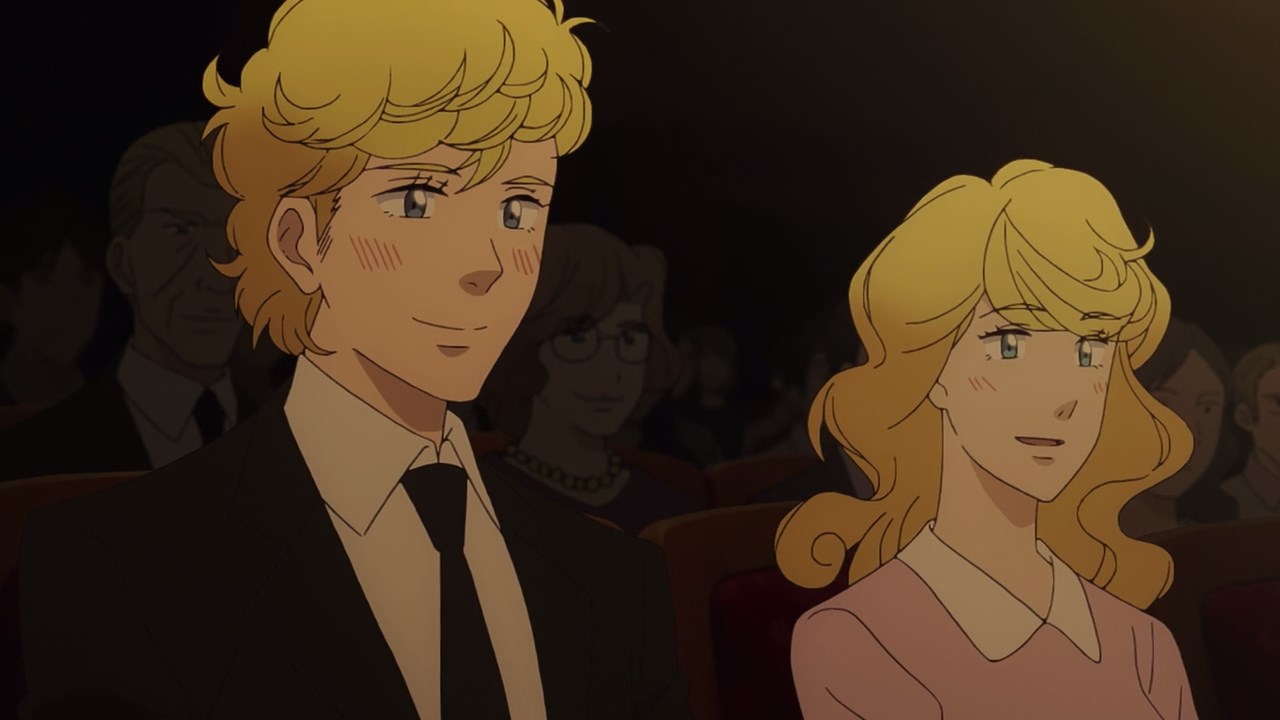 And it’s not just Amamiya and Maruyama, but also the likes of Pang Wei and even Lech Szymanowski where he’s joined by Emilia Szymanowska.

Wow, looks like she finally woke up from her coma and really, it’s all thanks to Lech’s music in which Emilia is now sitting beside her brother and watching this piano recital. 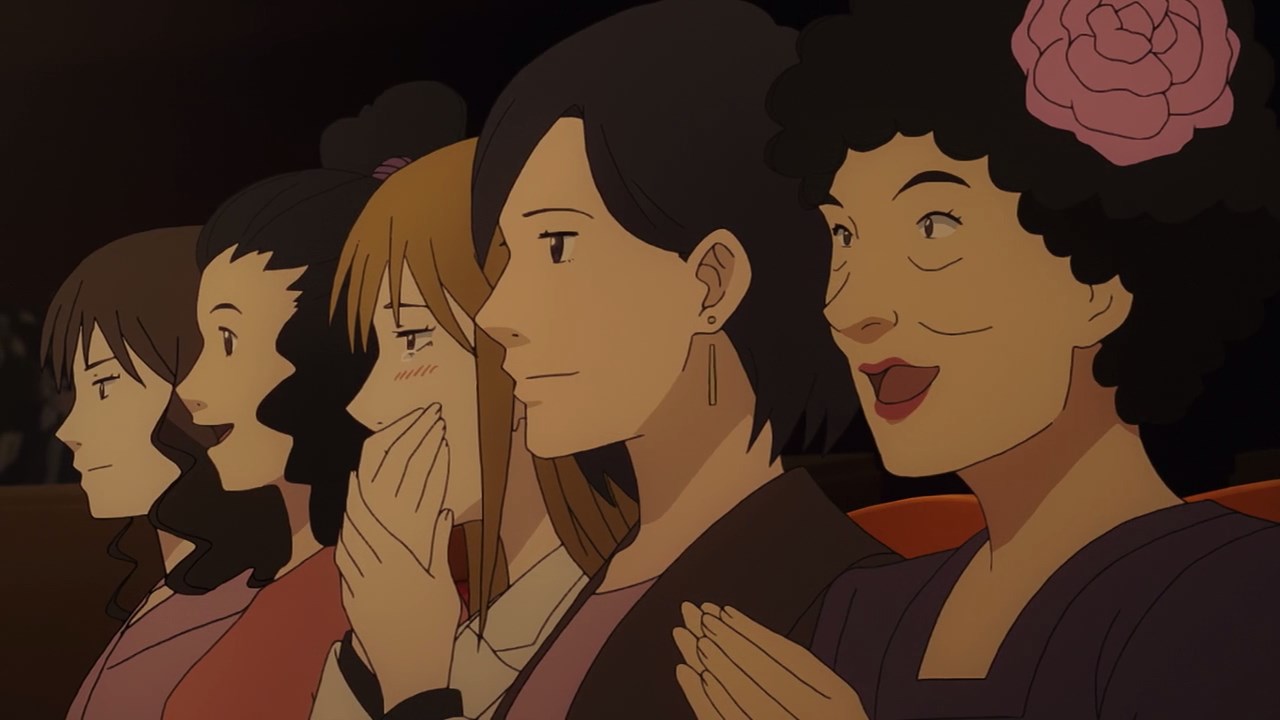 And finally, here’s Reiko Ichinose where she’s joined by her friends at Forest’s Edge to watch not only her son, but also Ajino-sensei. It’s great to see a student and a teacher performing together on this special day. 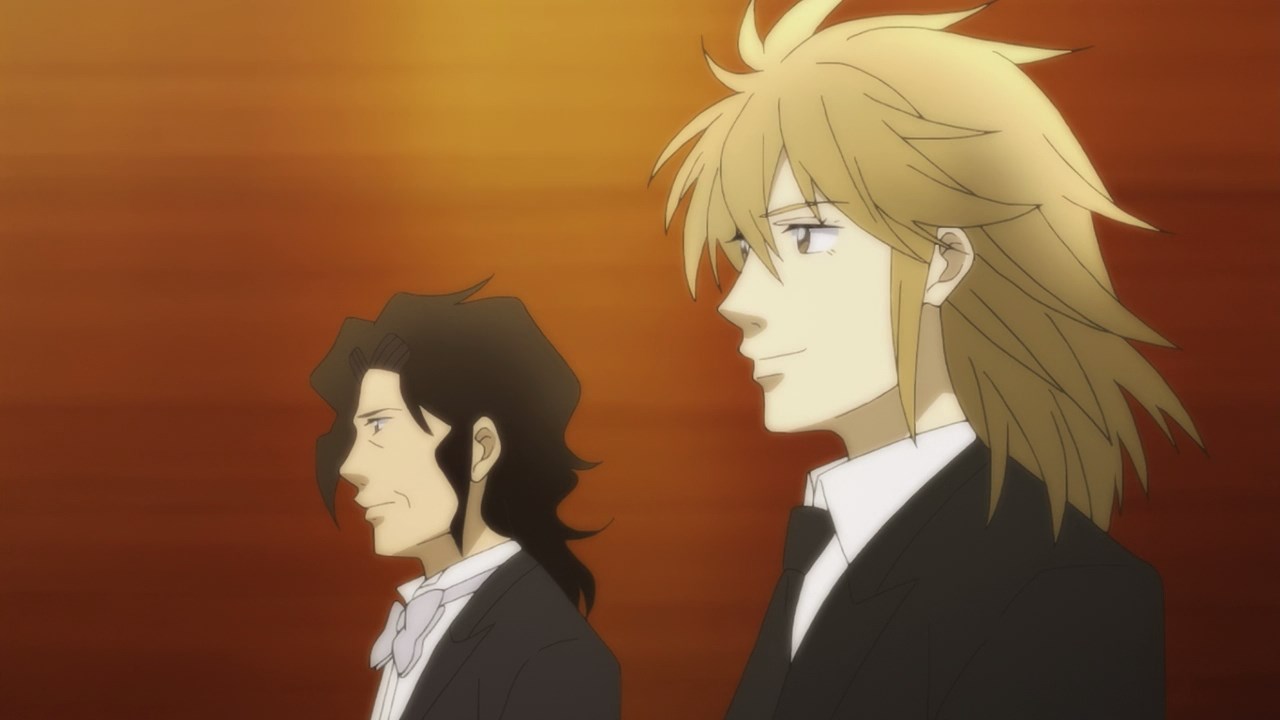 Without further ado, here’s both Sousuke Ajino and Kai Ichinose as they’re now ready to perform together not as a teacher and student, but rather as equals. 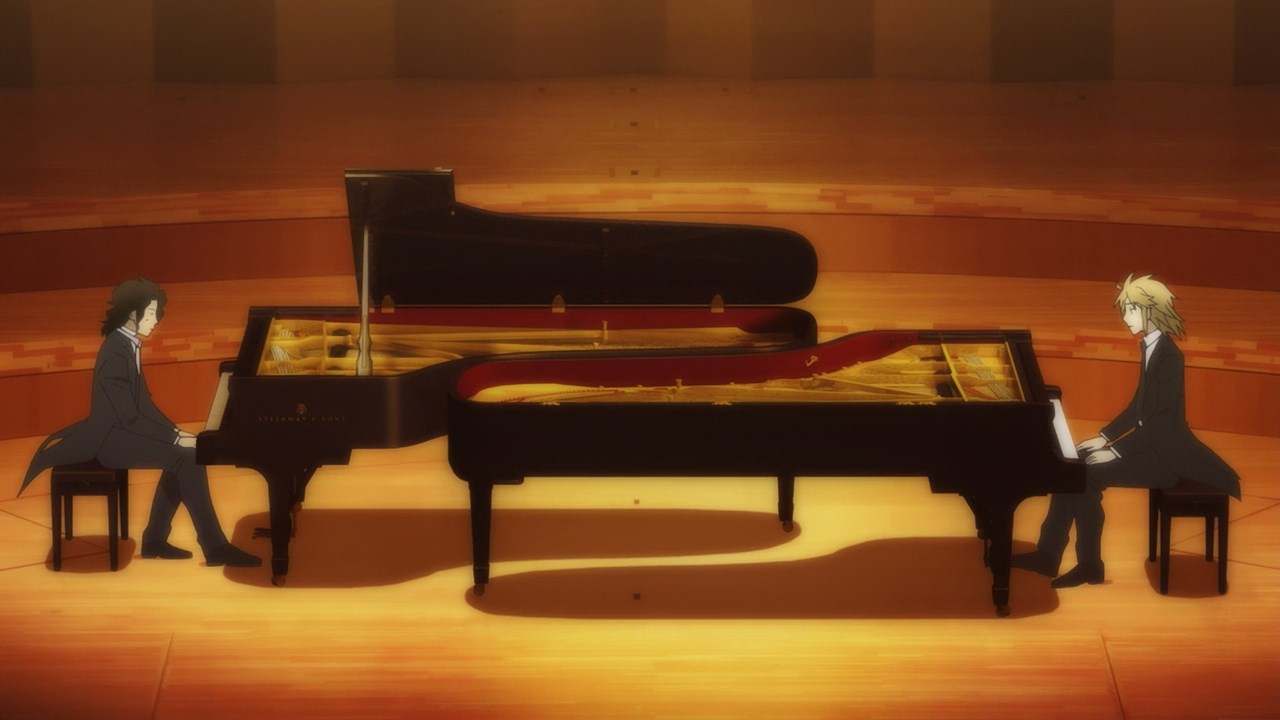 Well, I’m gonna end this post right here and really, let’s just say that their recital did great that everyone applauded by their stunning performance.

I’m glad that I’ve watched this show and I’m hoping that anime fans will take a look at Piano no Mori because there’s so much more to this series! Anyways, see you and I hope that you have a rest of your day!