The Rising of the Shield Hero Episode #19 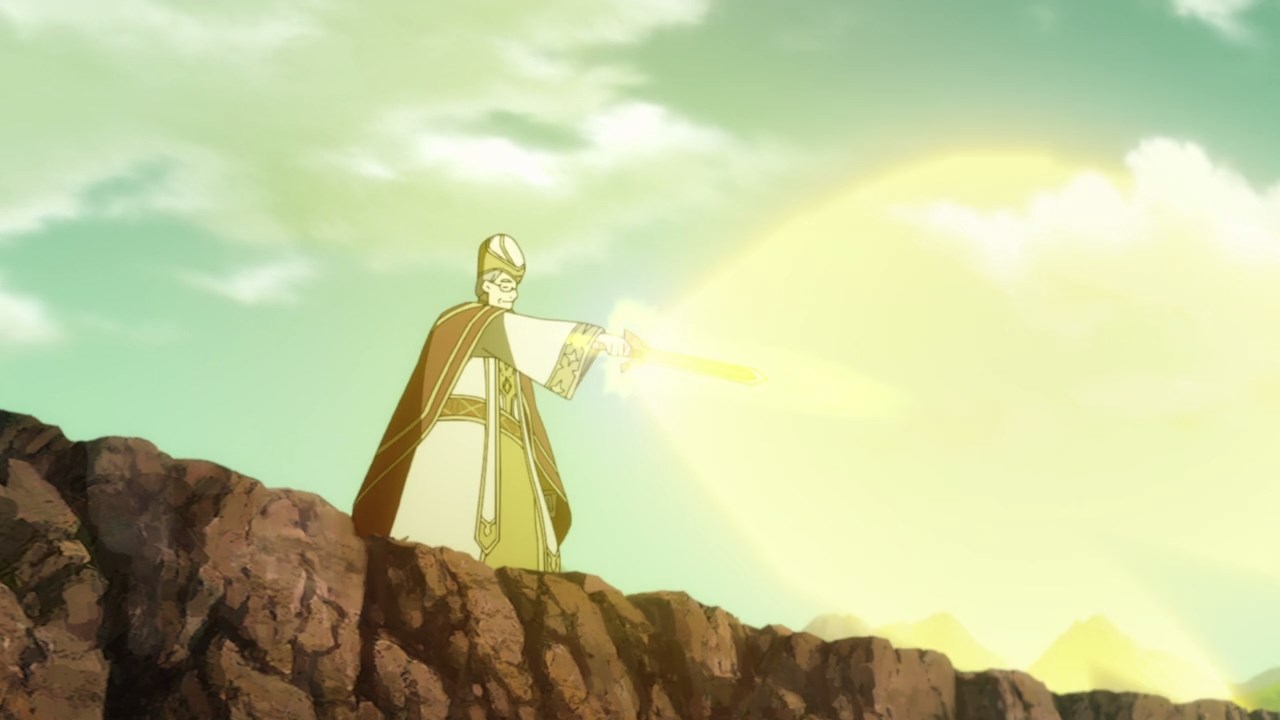 Oh look, it appears that Pope Balmus unleashed a weapon that’ll destroy not only Motoyasu Kitamura, but also Naofumi Iwatani in which the pope considers the Shield Hero as the devil.

And also, Pope Balmus wants to kill both princesses of the Melromarc Kingdom because he and his followers wants to turn the country into a homicidal theocracy. 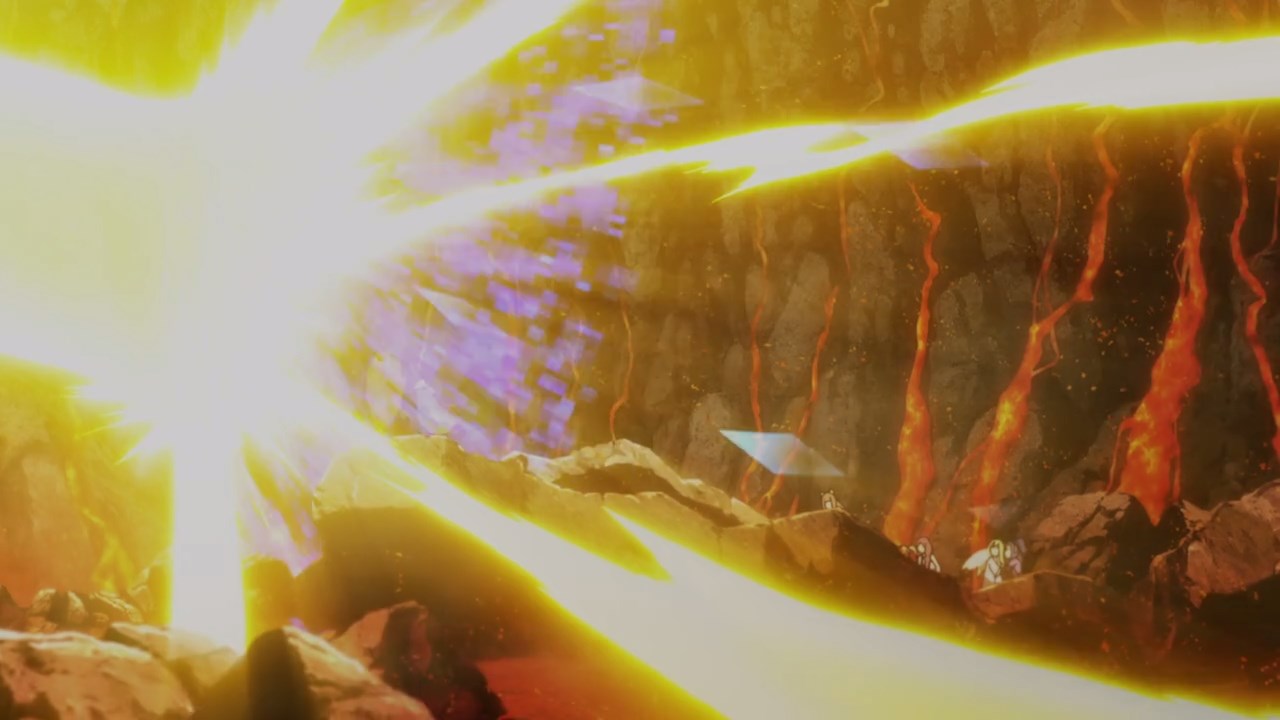 Not on Naofumi’s watch though as he uses his trusty shield to stop the pope’s attacks. Then again, Naofumi’s hands are getting numb upon taking that attack. But wait, there’s more from the pope! 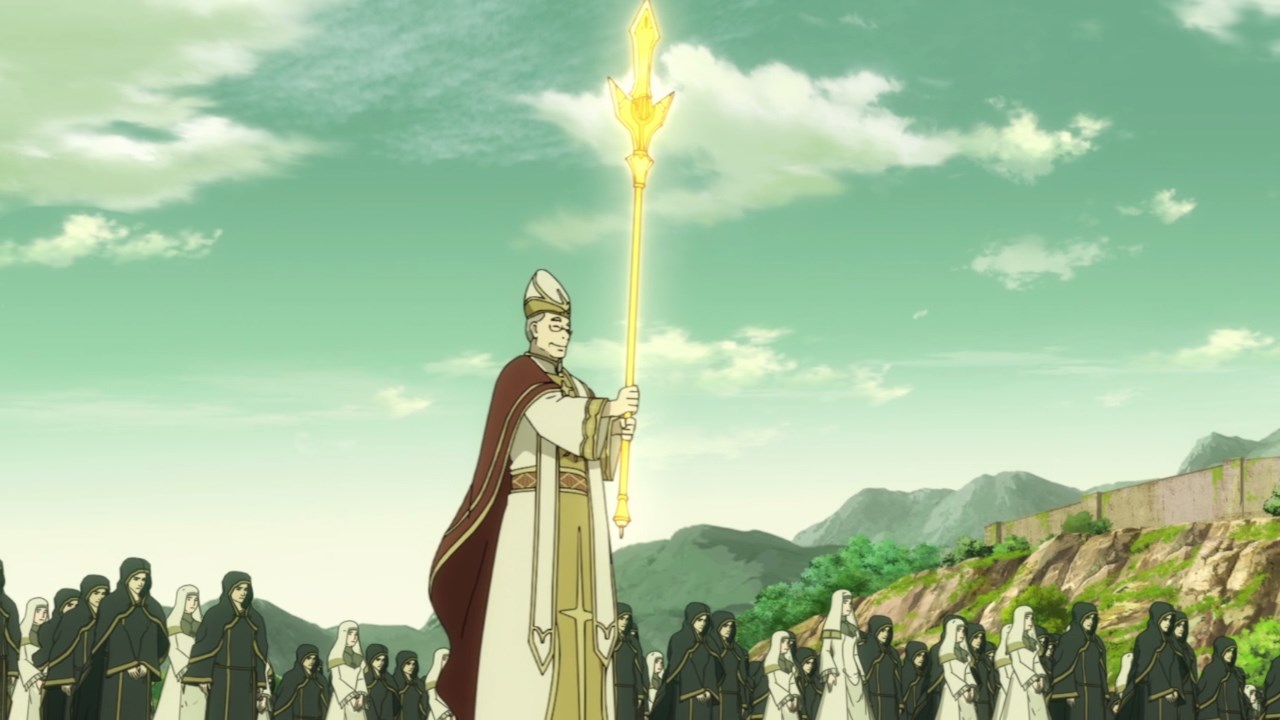 In fact, his sword has turned into a spear. Okay, what the heck is going on here and why Pope Balmus got that weapon just to kill the Cardinal Heroes? 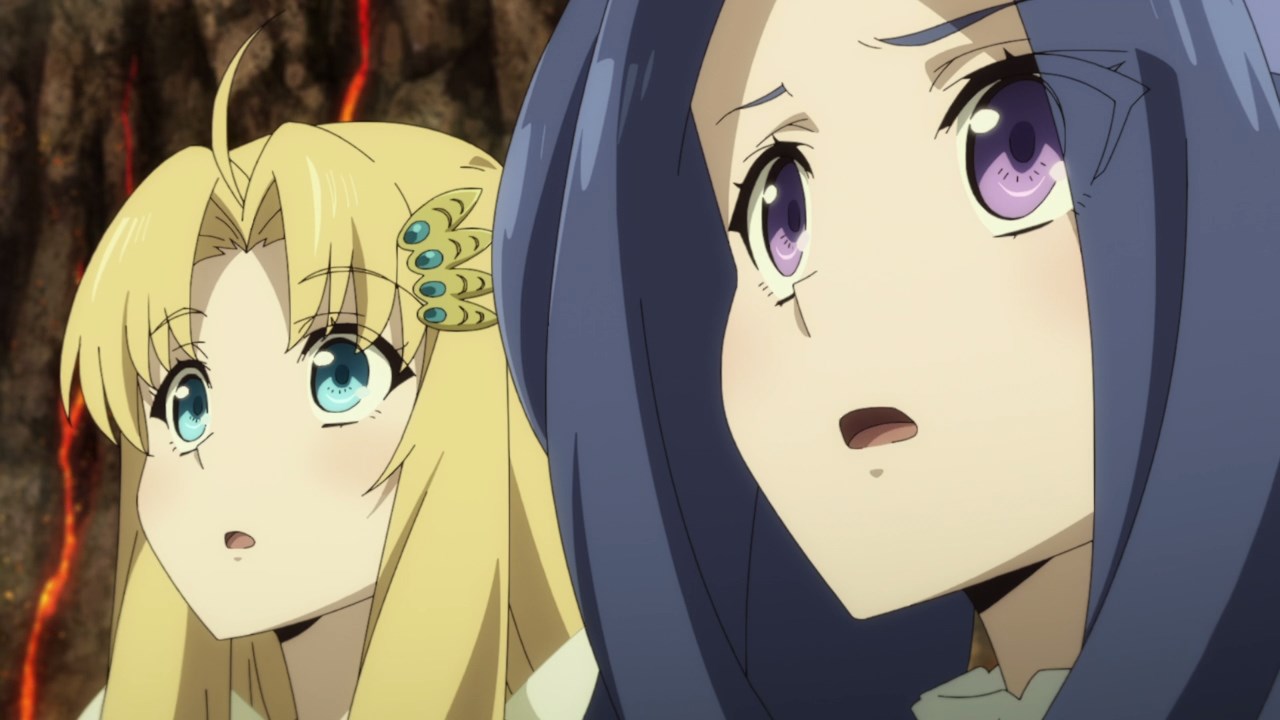 However, Princess Melty realized that the pope is wielding a weapon that combines all elements of the sword, shield, bow, and spear. Basically, it’s a powerful weapon that potentially replace the Cardinal Heroes since one person can use all 4 weapons.

Then again, it is said that this weapon was somewhat lost in time until Pope Balmus brought it up just to kill everyone. Come to think of it, I feel that the Church of Three Heroes hid that weapon from the Melromarc soldiers so they can use it to usurp the kingdom. 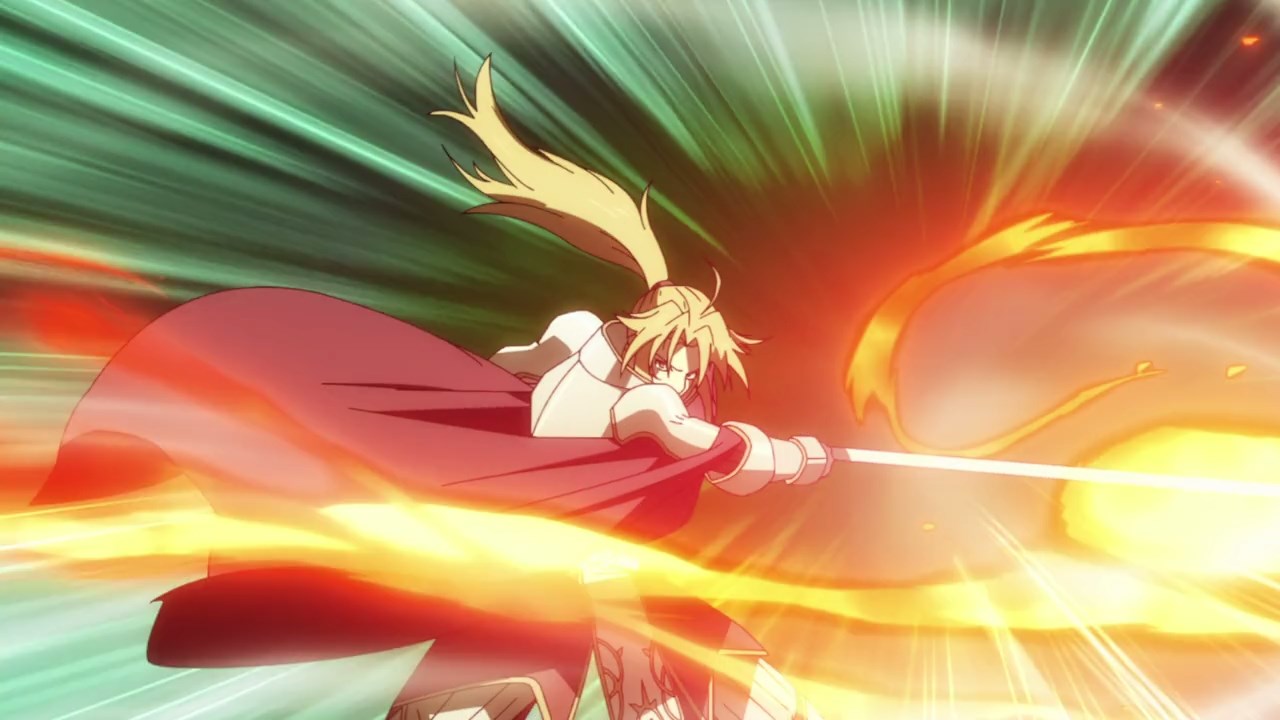 With that said, Motoyasu Kitamura is angry that his weapon got copied by the pope as he decides to kill him off with Lightning Spear.

Then again, he’s so dumb that Motoyasu attacked Naofumi for allegedly killing both Ren Amagi and Itsuki Kawasumi, which Naofumi didn’t do it because the pope is the one who attacked them. 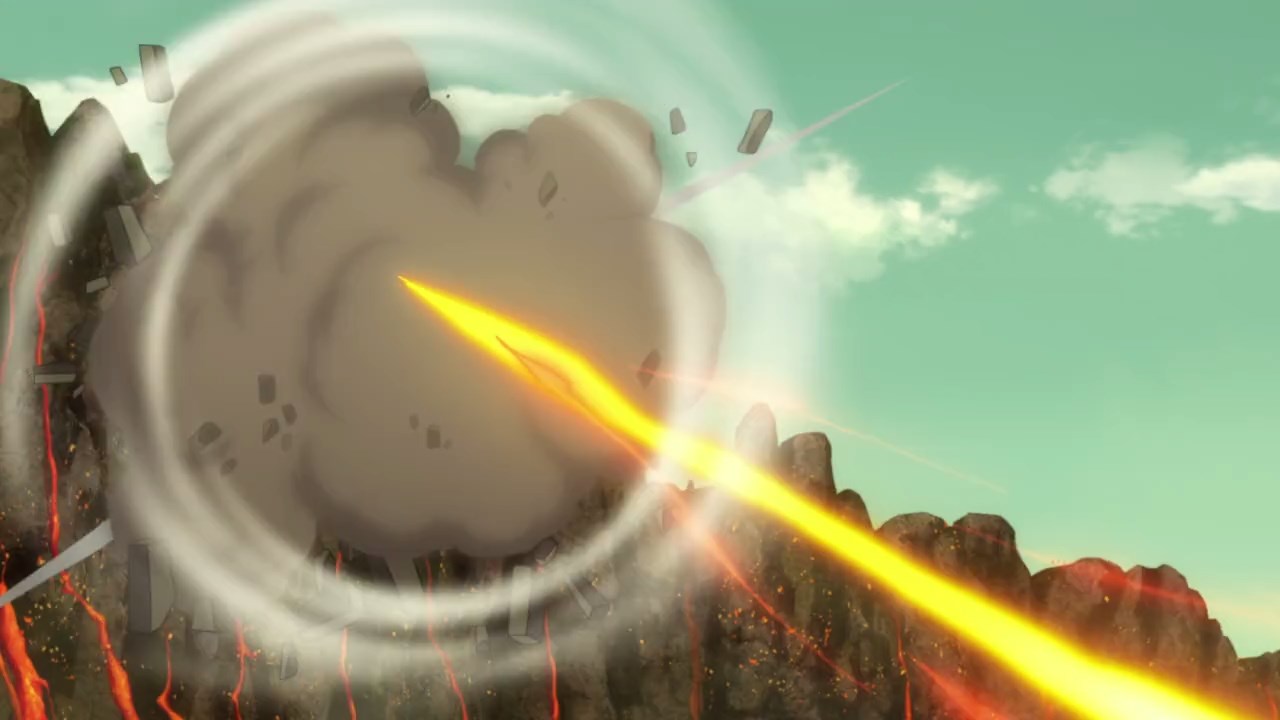 And so, the Spear Hero managed to defeat the corrupt pope in one strike… or is it? 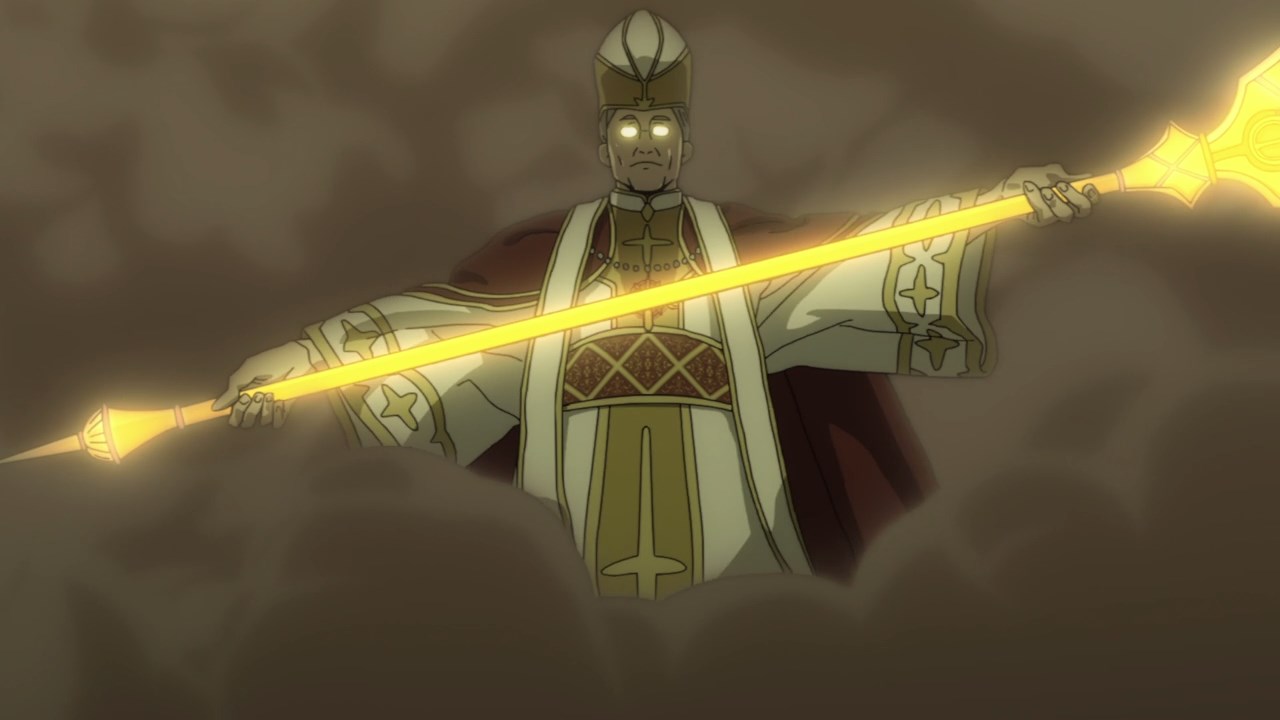 Turns out, Pope Balmus is protected by a powerful barrier and while he can transform his weapon into a shield, it’s a blasphemy for him to use it because the shield is associated with the devil (and demi-humans in general). 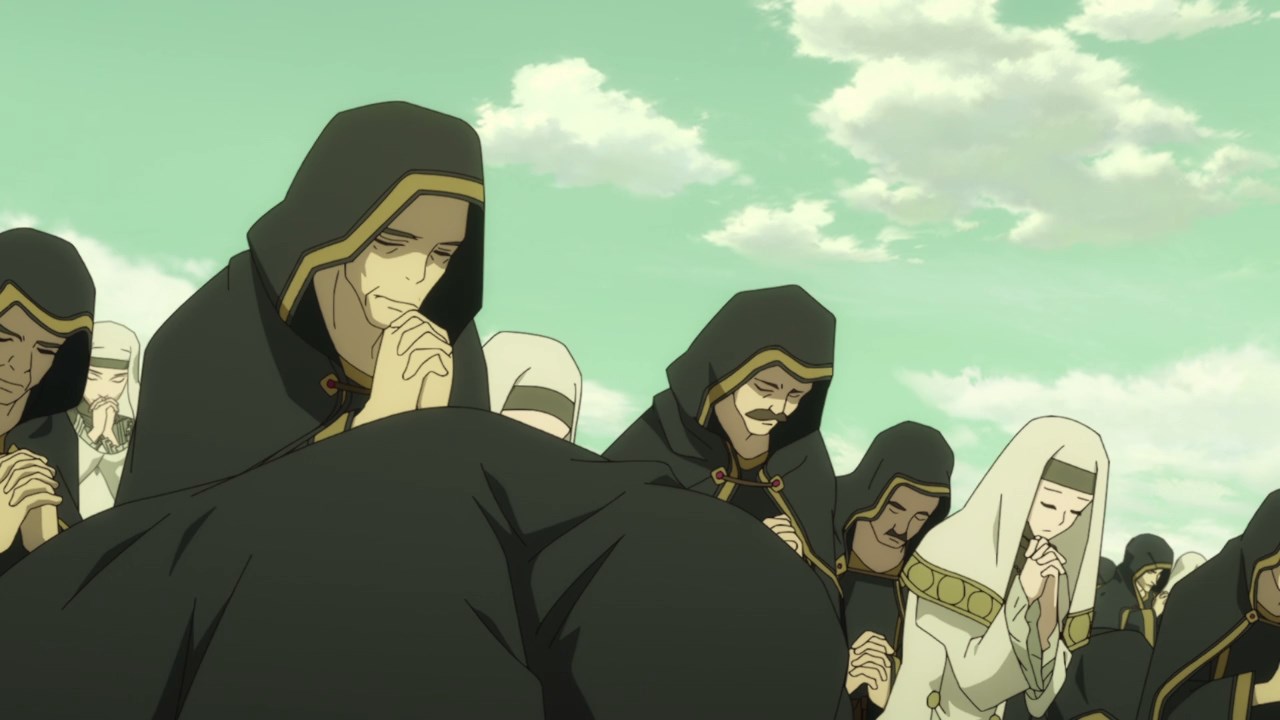 Oh, and the barrier is being created thanks to his followers, although some of them will pass out because it takes a lot of mana to protect Pope Balmus from Motoyasu’s attacks. 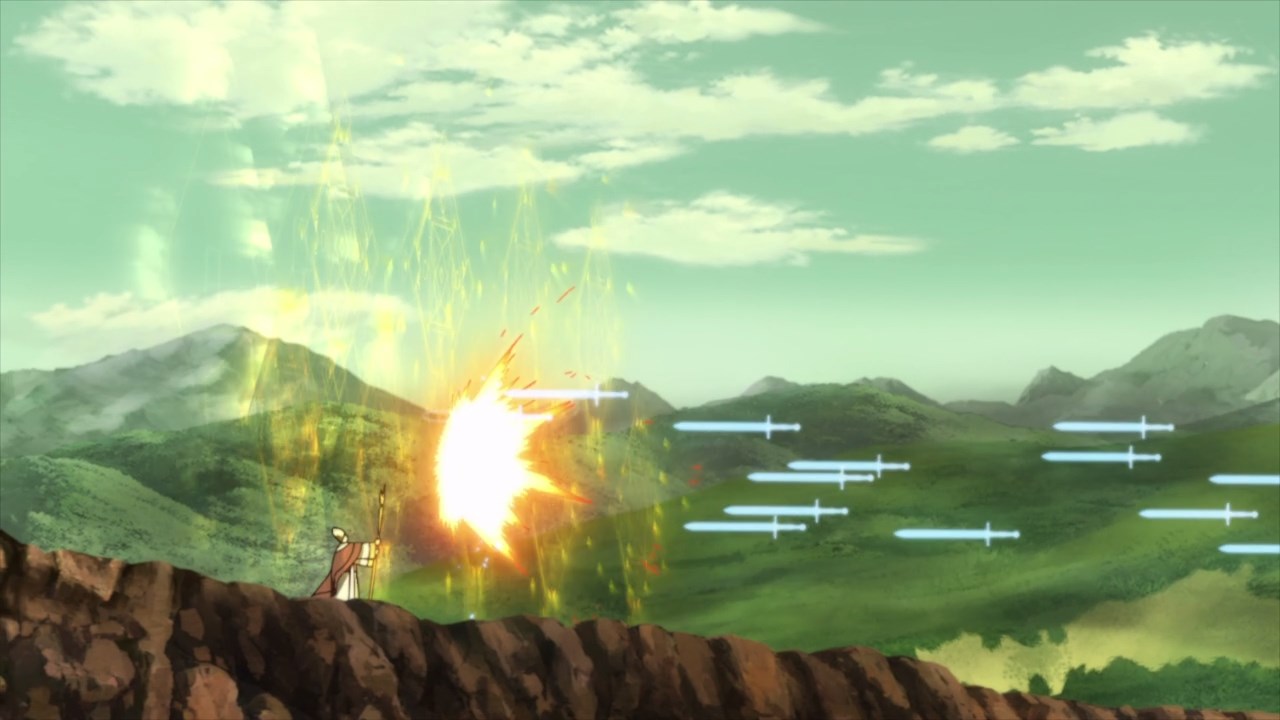 Suddenly, Pope Balmus was attacked by someone who casts swords and possibly fired an arrow or two. Hm, don’t tell me that they’re not dead? 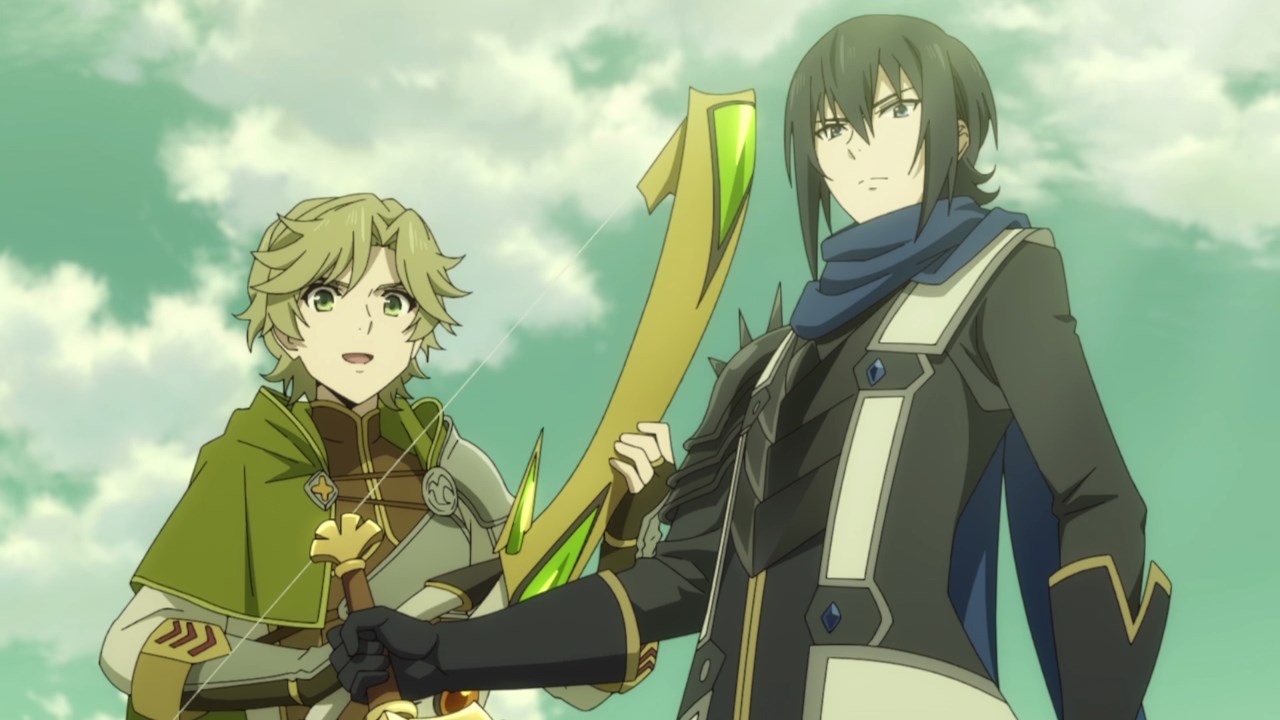 Well son of a bitch, Itsuki Kawasumi and Ren Amagi are alive as both heroes survived from being blasted away by the pope. Of course, Itsuki, Ren, and their respective parties didn’t escape on their own. 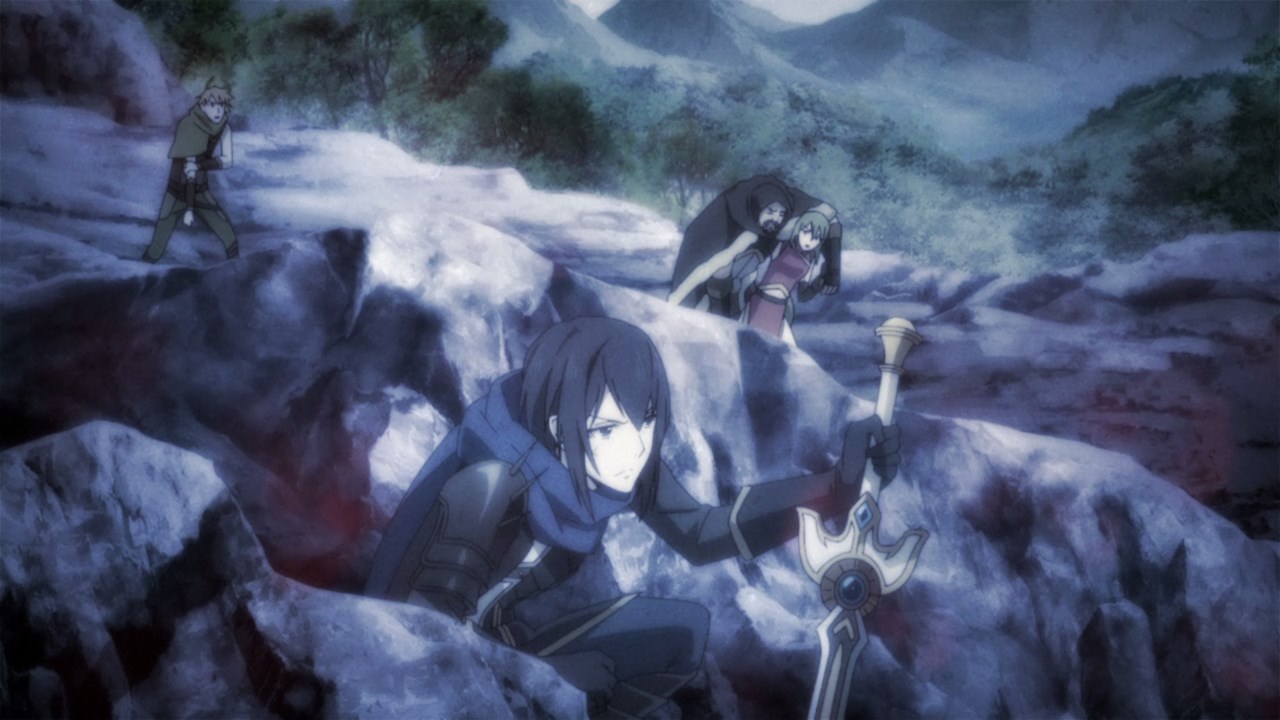 In fact, a group of female messengers that were sent by the Queen to rescue them before they met their demise. Oh, and they told everyone that the Queen has sent a large force to crush the rebellion.

It seems that the Queen is not only worried about Naofumi Iwatani, but also the rest of the Cardinal Heroes. Then again, it would be bad if Ren and Itsuki didn’t survive ’cause stopping numerous Waves of Catastrophe will be extremely difficult if one or two heroes are dead or missing. 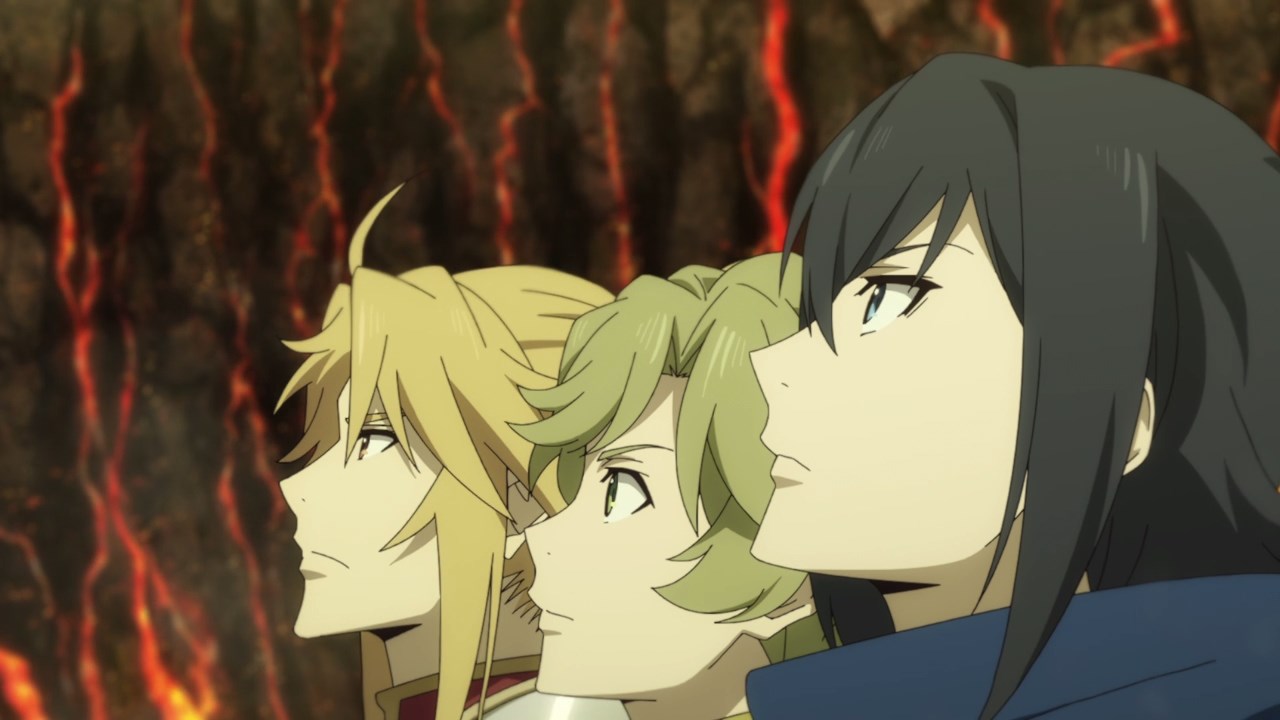 But now that both Itsuki Kawasumi and Ren Amagi are finally alive, it’s time for the Cardinal Heroes to work together in order to defeat Pope Balmus and his followers. 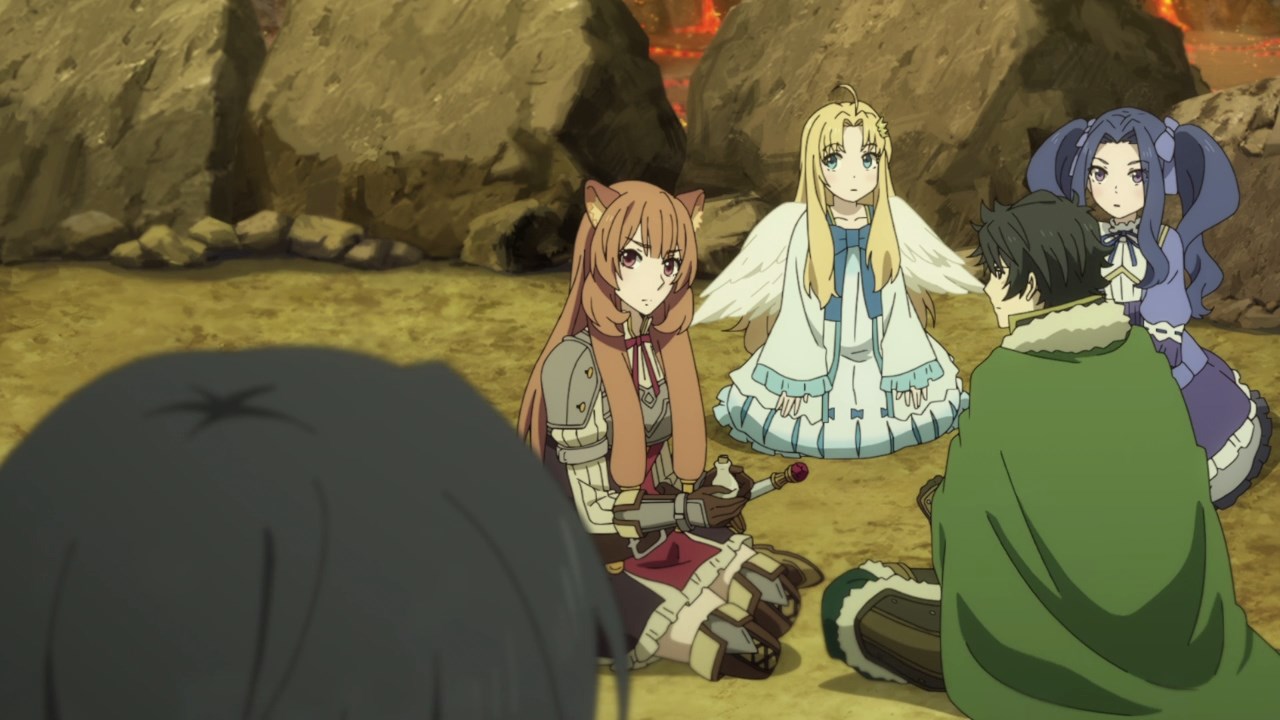 Well, except for Naofumi Iwatani who don’t want to work with them after blindly following Myne or Bitch Princess Malty, moreso with Motoyasu Kitamura who believe that Malty is innocent while Naofumi Iwatani is the criminal.

Also, not only Naofumi point them out about their mistakes that the pope decides to kill them off for causing more harm than good, but he refused to work with them because why bother when the rest of the Cardinal Heroes will just bicker all the time. Seriously, putting a united front is just stupid that it’s no wonder why Glass wrecked them except for Naofumi where he put up a decent fight.

At this point, Naofumi Iwatani and the rest will just leave them because they only wanted to cross the border anyway. 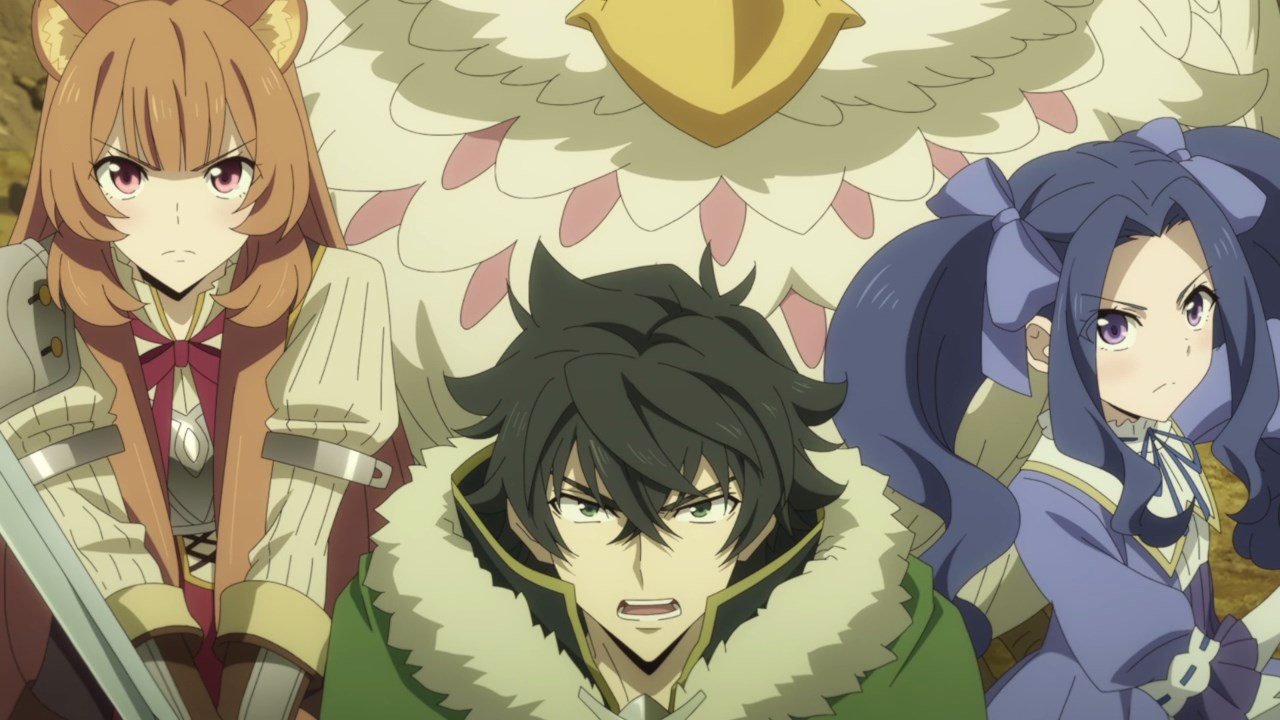 But then again, Naofumi changed his mind because Fitoria want him to work together with the rest of the Cardinal Heroes. In any case, the Shield Hero and his party reluctantly made an alliance with the likes of Motoyasu, Ren, and Itsuki. 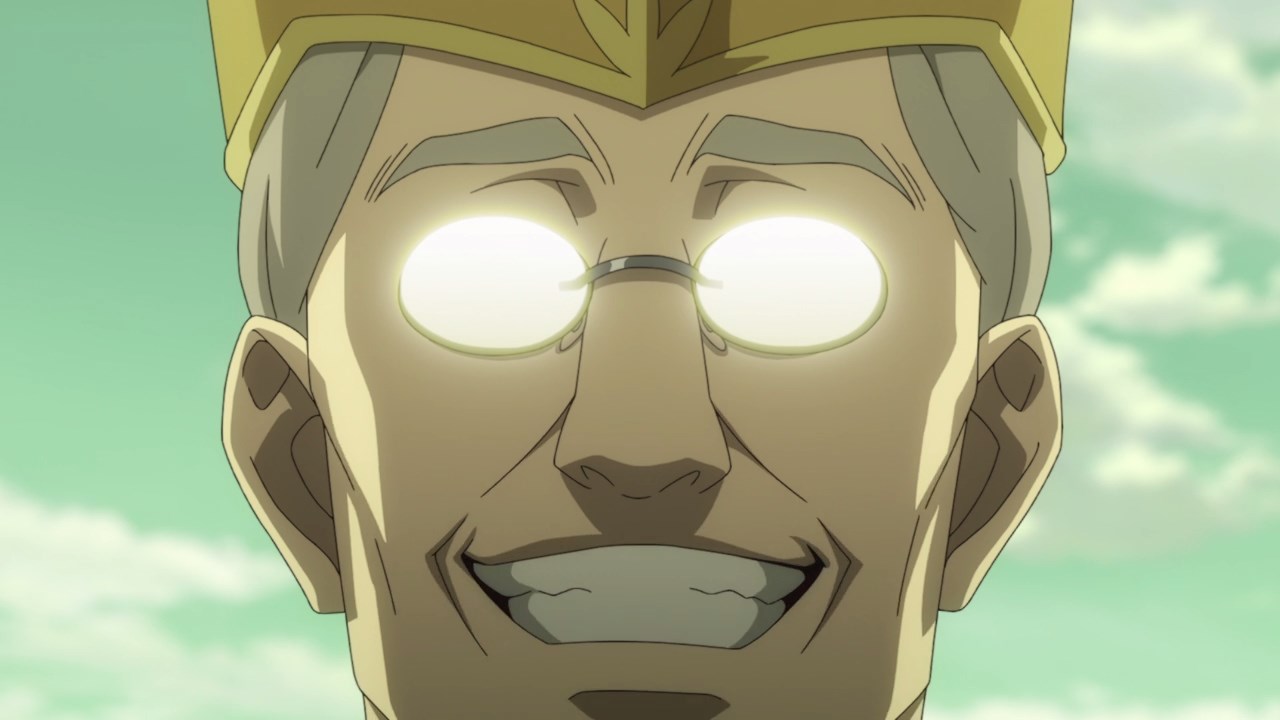 And as for Pope Balmus, he’s delighted that he has more reasons to kill all of the Cardinal Heroes as he prepares his powerful magic… 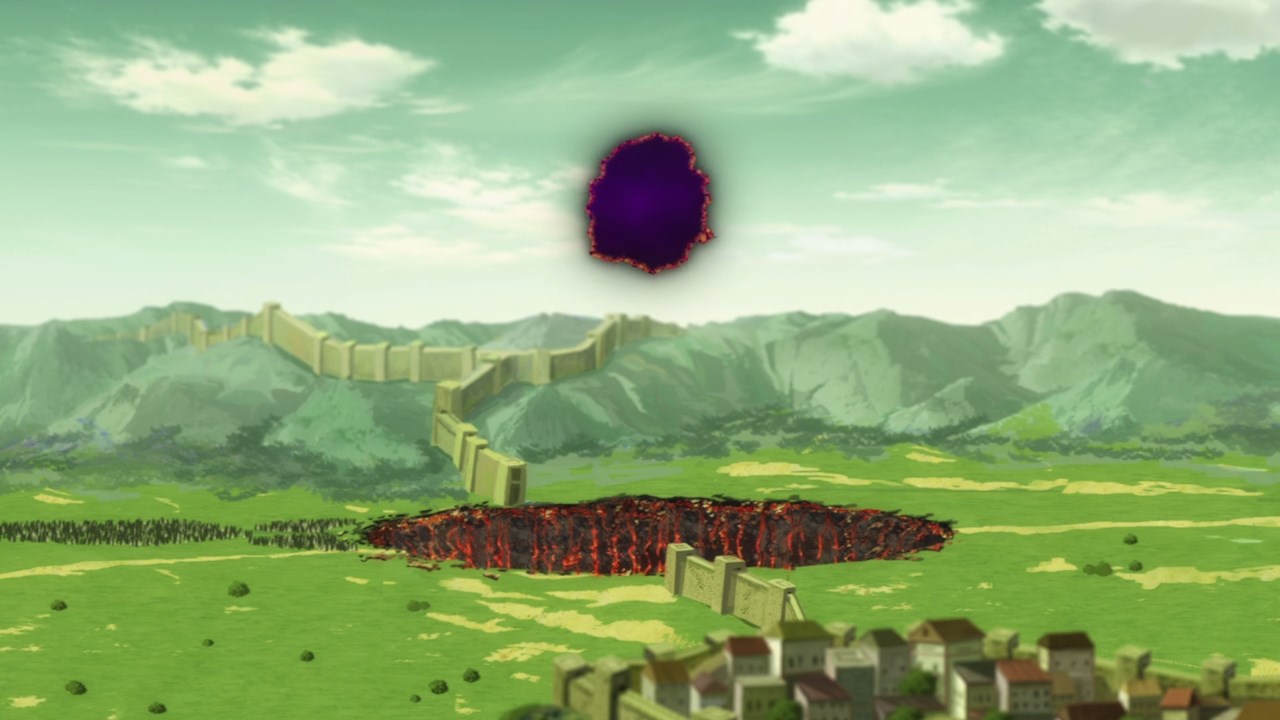 …where he summons a powerful cage called Cathedral to entrap Naofumi and the rest. It looks like there’s no escape for not only the two princesses, but also the 4 Cardinal Heroes. 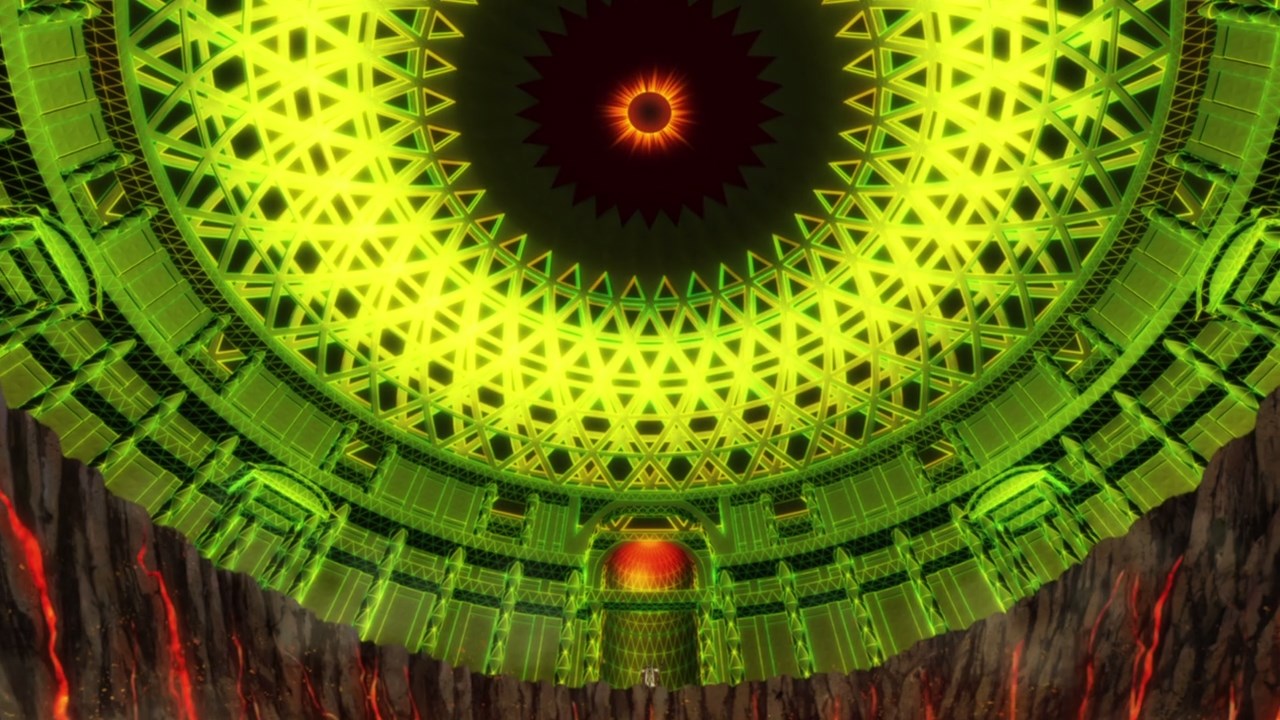 Of course, it’s not like Naofumi will just die at the hands of Pope Balmus because he and his party will get out of here alive!

In any case, I’ll see you next time where the Shield Hero must work with his fellow heroes. Then again, I doubt that they’ll cooperate because of their conflicting egos.