The Rising of the Shield Hero Episode #22 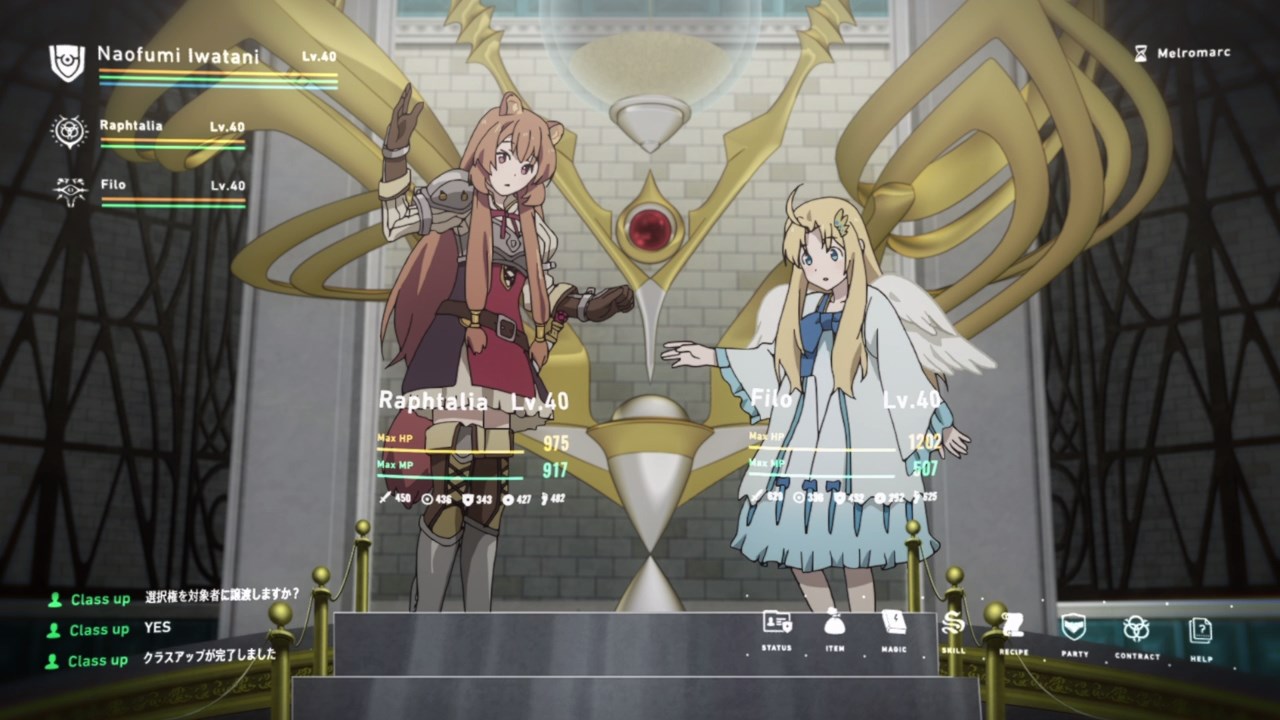 After many months of being denied thanks to the Church of Three Heroes, Raphtalia and Filo finally got their class upgrades. But, there’s a problem… 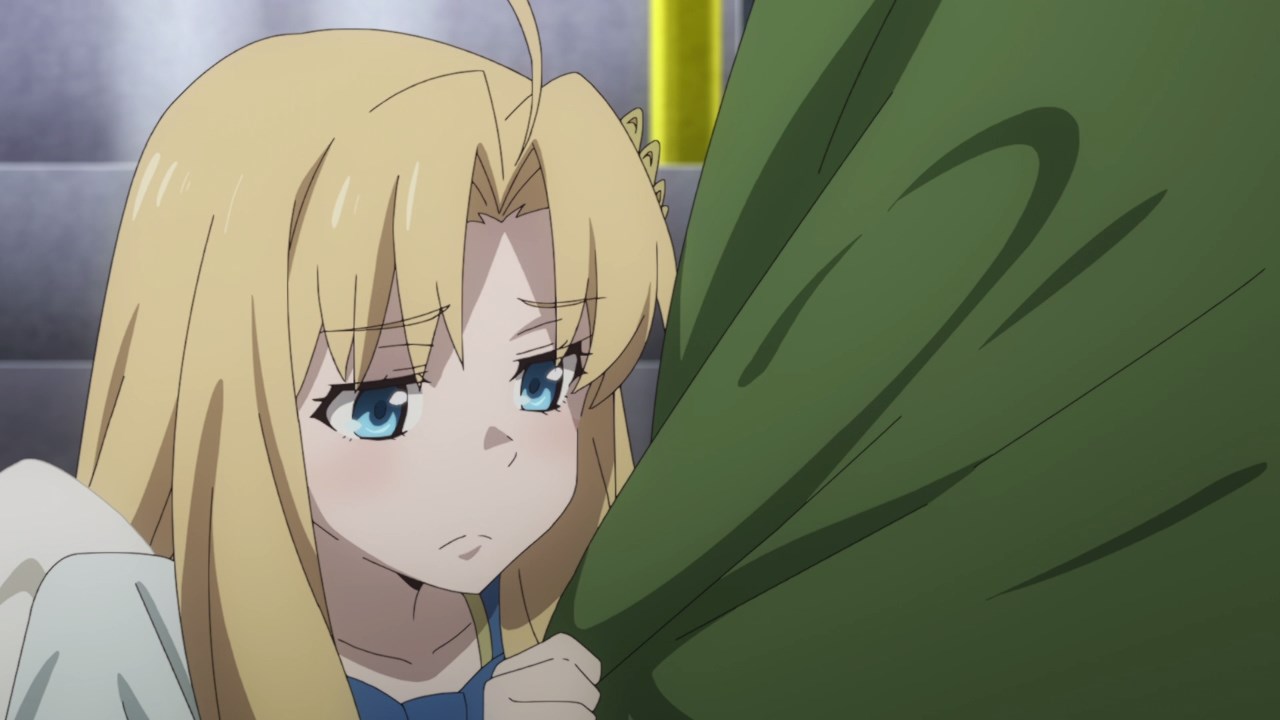 You see, even though there’s nothing wrong with the class upgrades, Filo and Raphtalia are struggling to choose on which path they’ll take.

Well, seems that Naofumi Iwatani’s party are having a crisis, but I’m sure that Filo and Raphtalia will move onto the next class once things are sorted out. 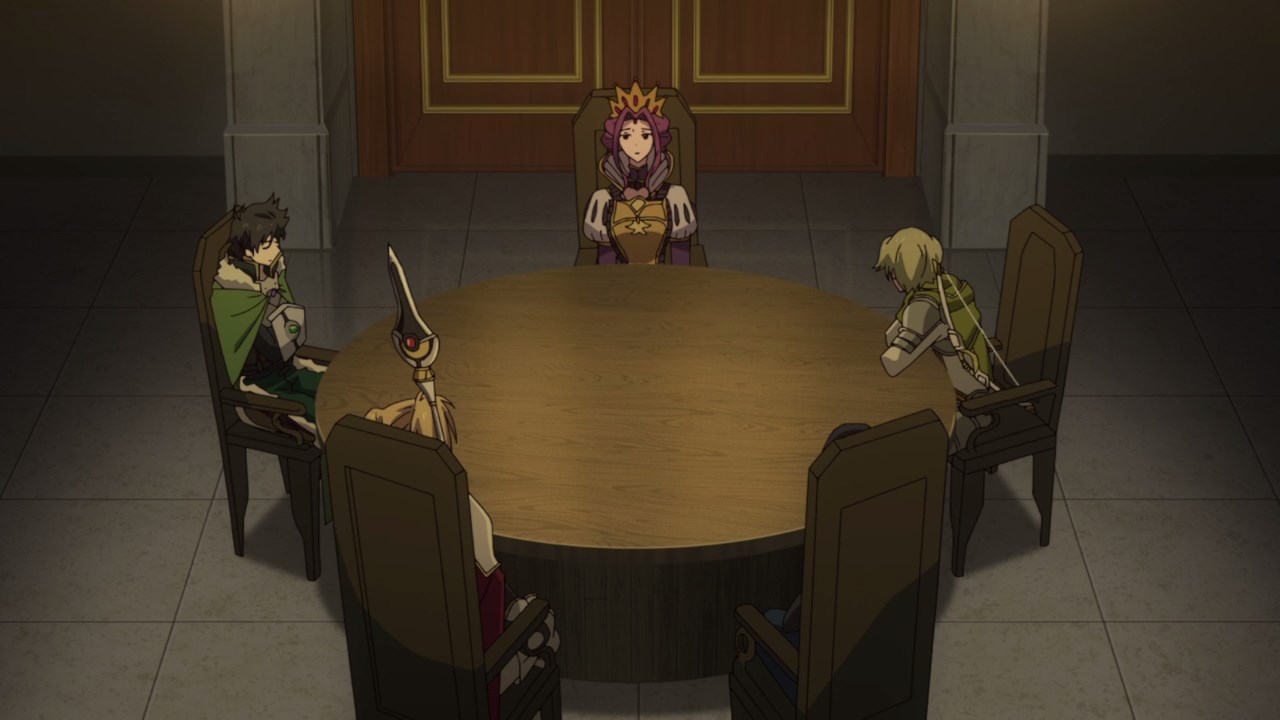 Now then, it’s time for the main event where Naofumi will have a conference together with Queen Mirelia Q. Melromarc and the rest of the Cardinal Heroes.

C’mon, they’ll have to work together from now on because the next Wave of Catastrophe will not be easy for the likes of Ren Amagi, Itsuki Kawasumi, and even Motoyasu Kitamura as they’ll not survive the next Wave… except for Naofumi and his party because they went thick and thin. 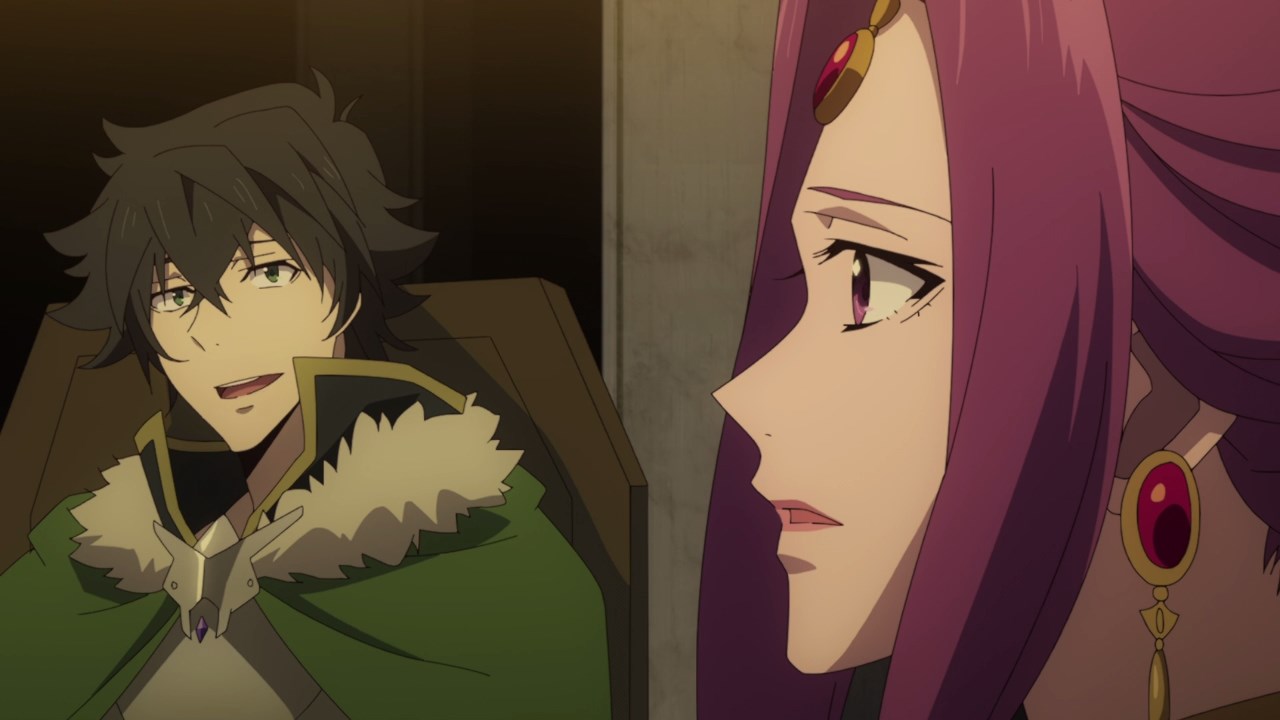 Anyways, the rest of the Cardinal Heroes want to know how Naofumi got game-breaking skills even though he’s wielding a shield. Of course, Naofumi will tell his secret unless those three heroes will talk first on what they know. 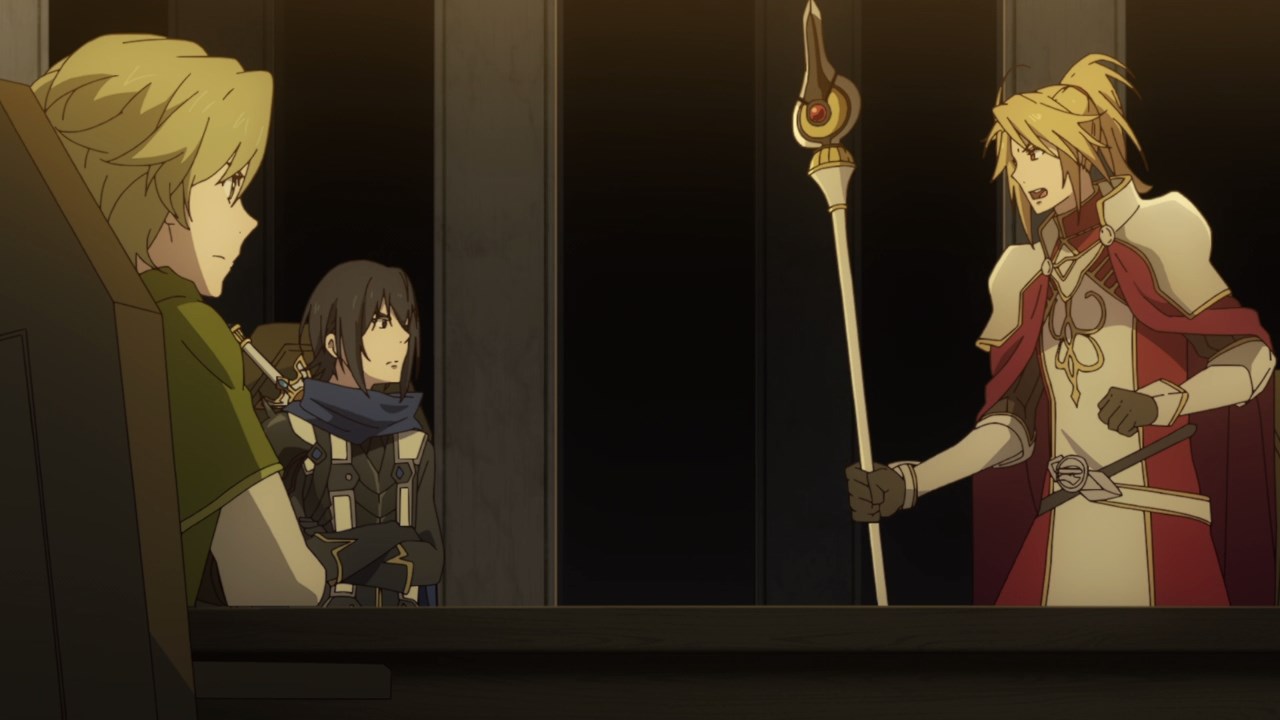 Then again, these Cardinal Heroes are still bickering as ever in regards on how they got stronger in the first place. You know what, Naofumi got stronger through pain and suffering unlike you three heroes!

However, what Naofumi learned is that they got stronger by copying the weapons of the same type, something that the Shield Hero didn’t know because he was casted away by the former king. Where the hell happened to Trash anyway? 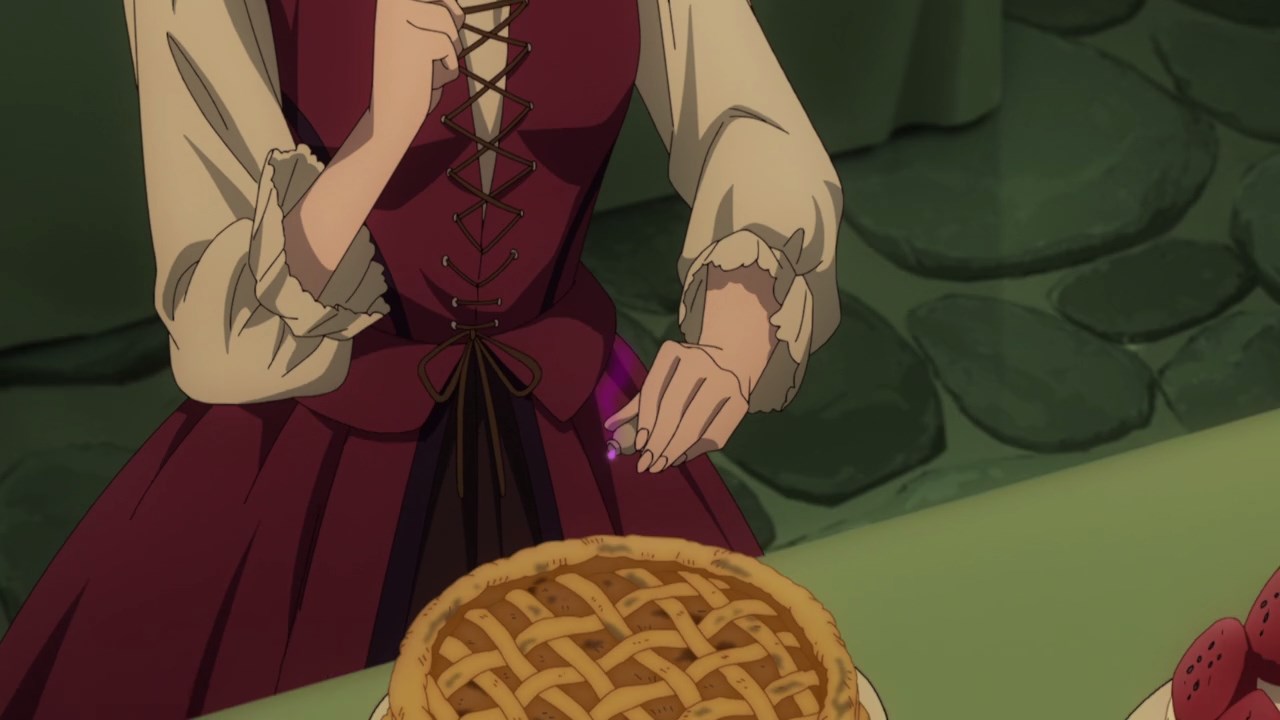 Meanwhile, there’s a party being held at the palace, but it seems that someone is spiking a pie with poison. Oh boy, I don’t want to eat that! 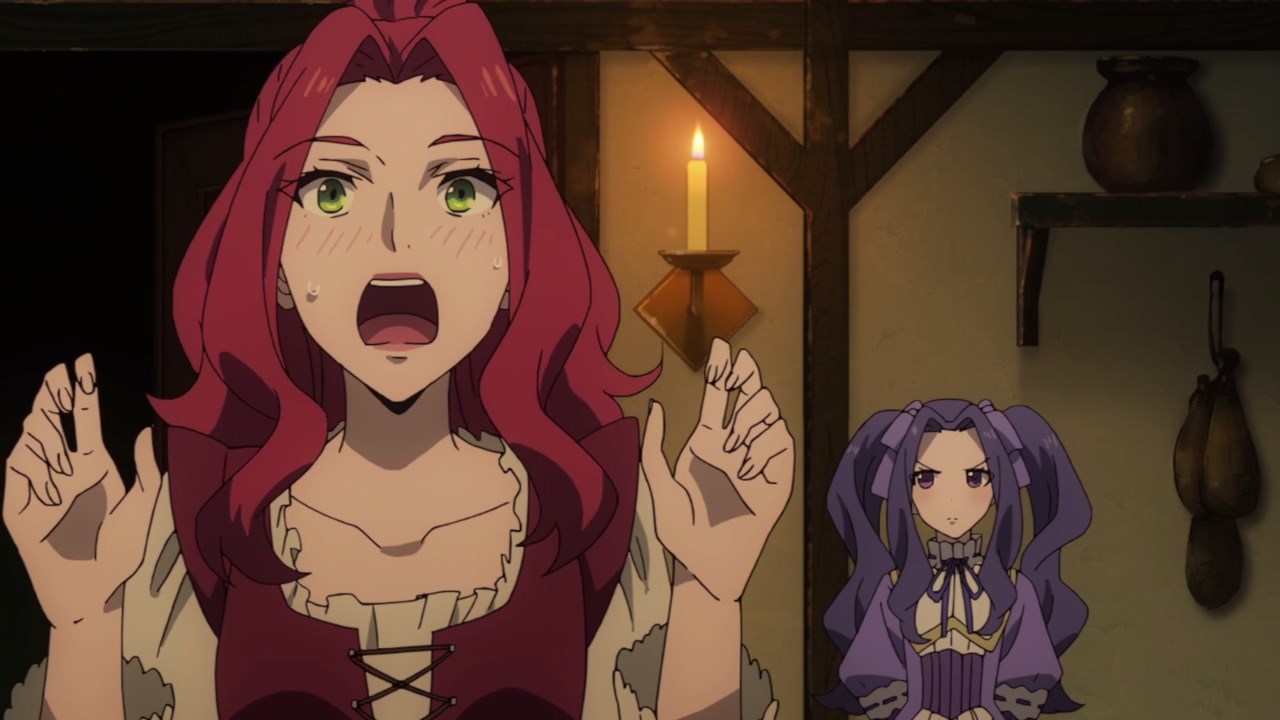 Turns out that Malty… or should I say Bitch is the one who is putting the poison to Naofumi’s pie. But then again, the Shield Hero is busy and Princess Melty caught her sister red-handed. 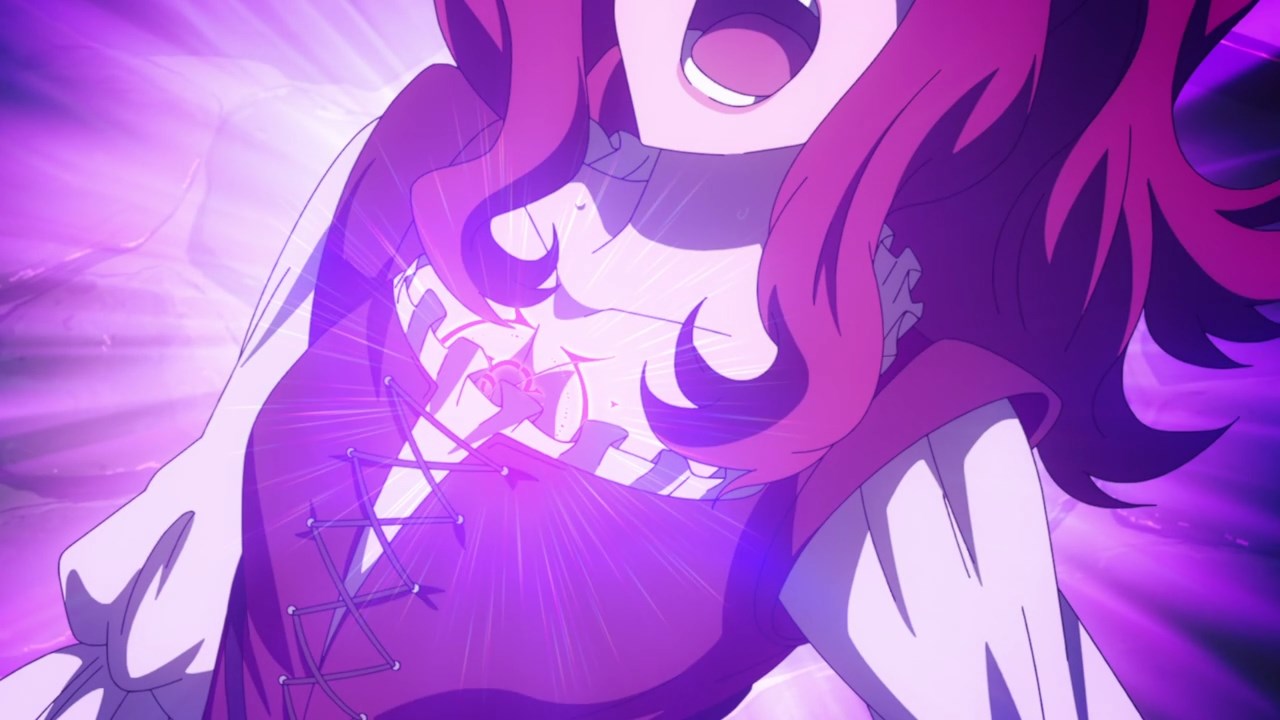 Oh and since she still have that slave pact, Bitch is experiencing excrutiating pain for her treachery. Haha, she really deserve that! 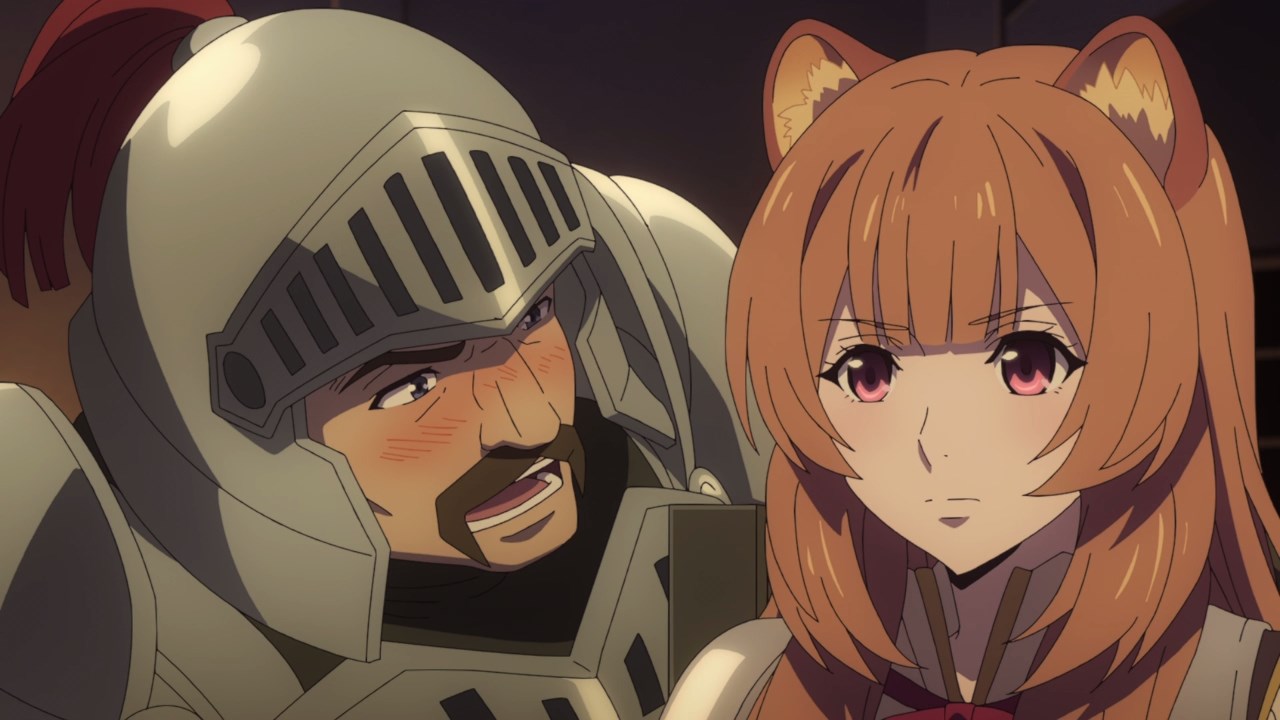 On the other hand, Raphtalia is pretty annoyed by this drunkard adventurer who bad-mouths both her for being a demi-human, and Naofumi for being a loser just because he wields a shield.

Anyways, this is Mald and he’s a member of Itsuki’s party. And really, he shouldn’t shut his tipsy mouth up because Raphtalia doesn’t like her master getting mocked by this asshole adventurer! 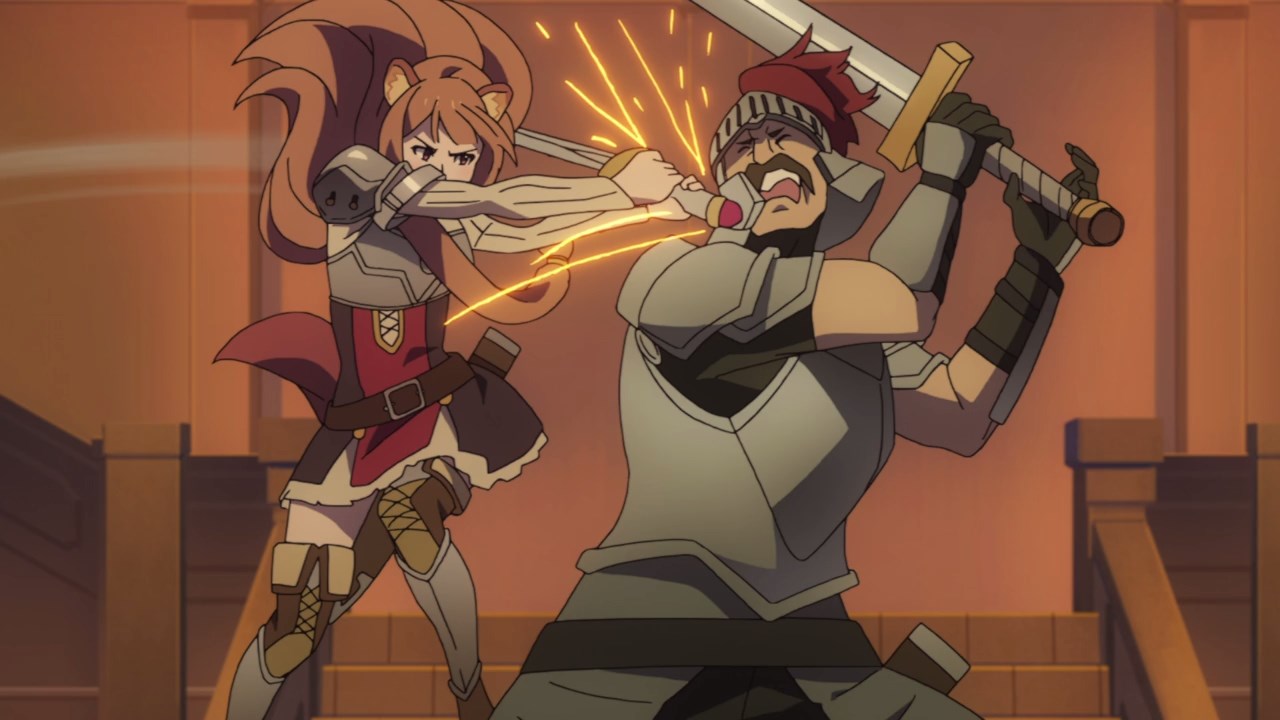 In any case, a fight ensued where Raphtalia knocked Mald out, but let’s just say that it’s not over for these two as Mald decides to retaliate. 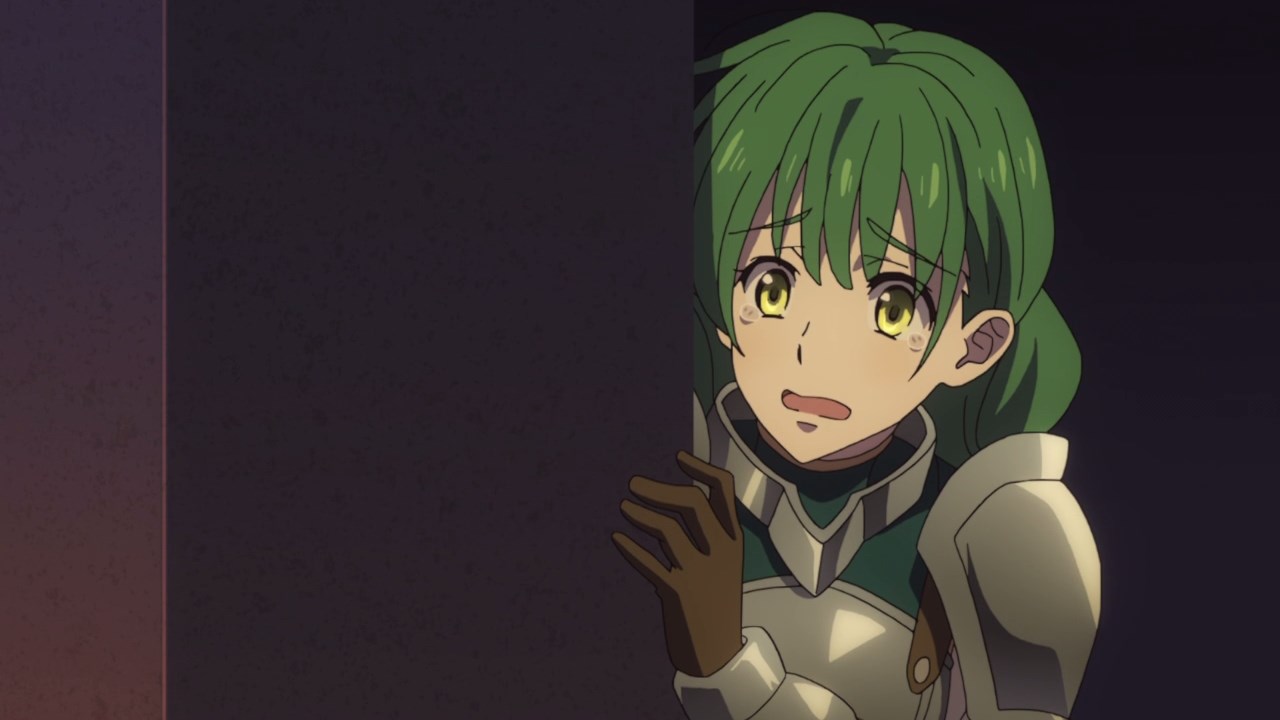 Also, here’s Rishia Ivyred where she tries to calm them down, but fails to do so simply because of their hotheadedness between Raphtalia and Mald.

Anyways, looks like this party is officially crashed. Oh and as for the conference? It end up being a failure despite the queen’s presence. 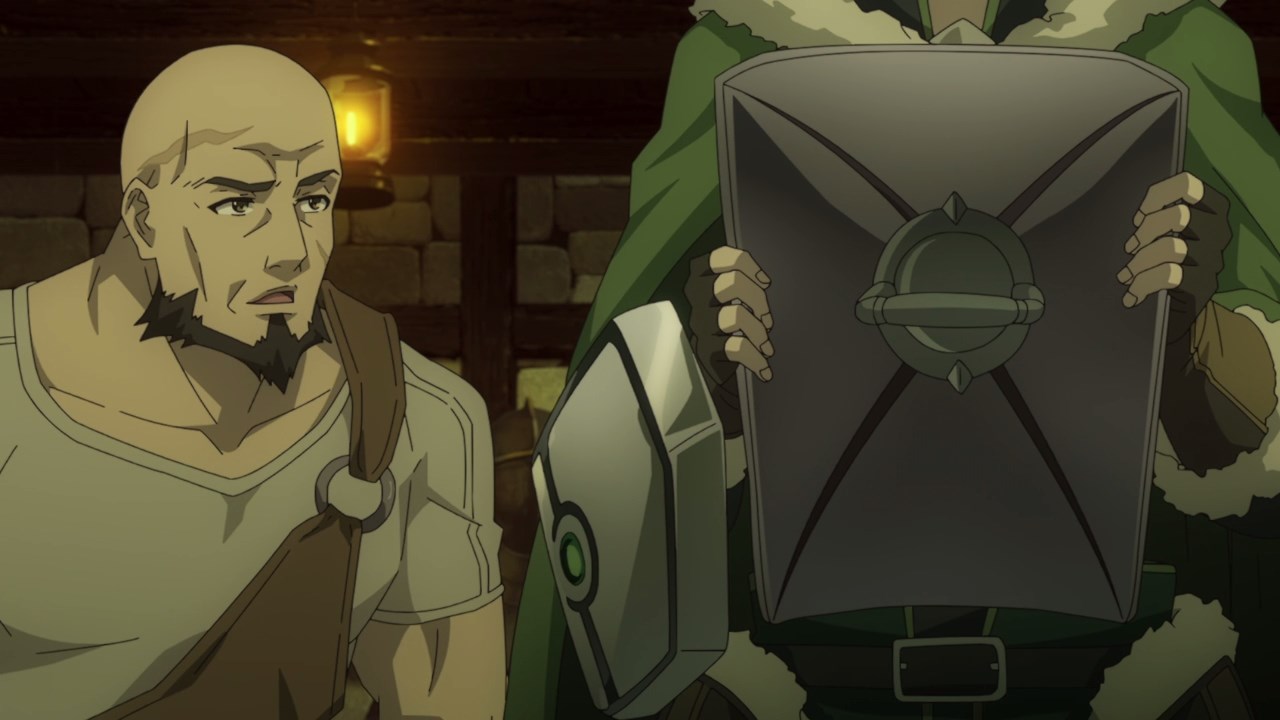 Now then, it’s time for Naofumi to test it out if he could copy the weapon’s ability by holding it. So, he went to the Blacksmith to check out some shields to copy. 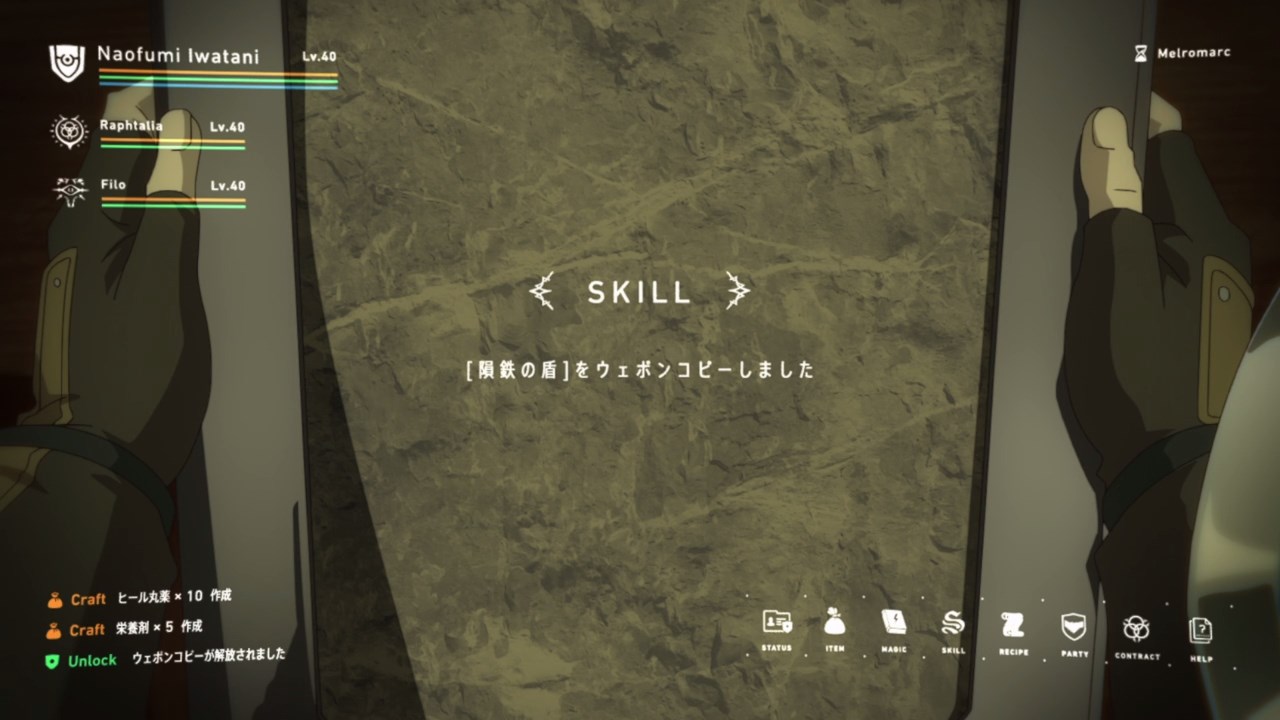 And it turns out, the weapon-copying works as Naofumi Iwatani managed to copy the Shadowsteel Shield’s properties. 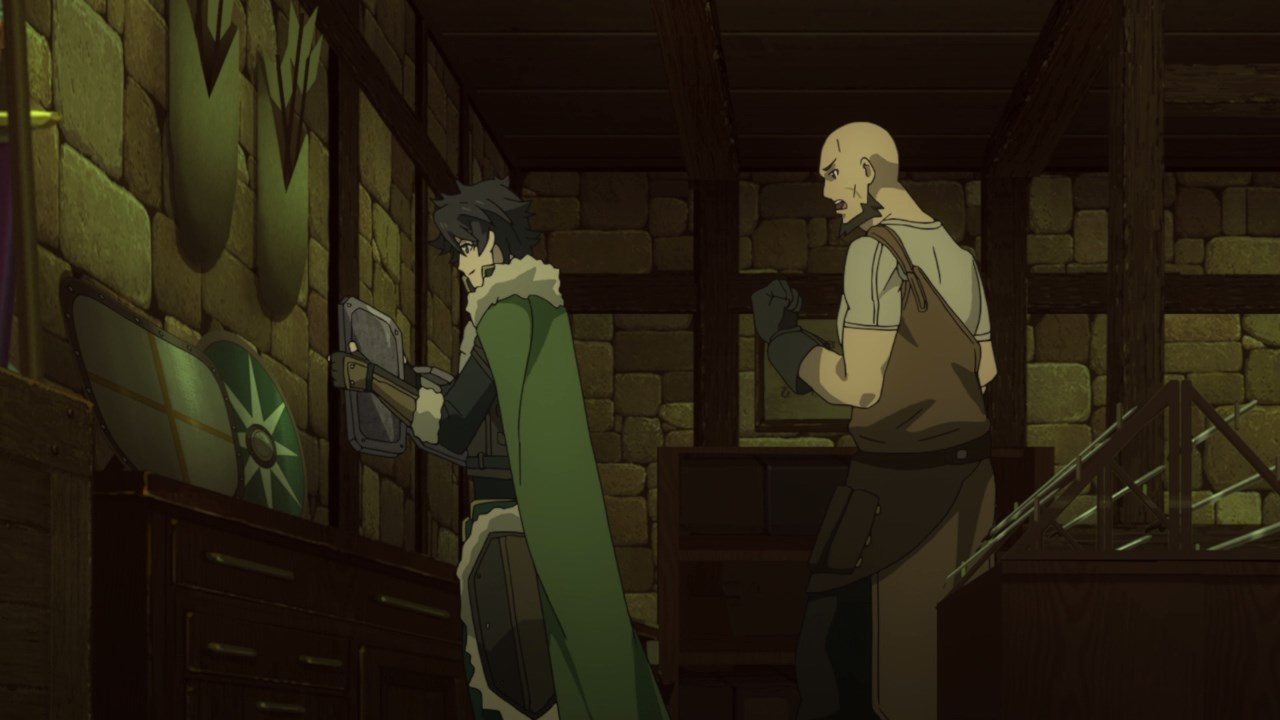 Then again, the Blacksmith got annoyed for it simply because Naofumi is just getting the shield’s properties for free. Don’t worry though, Naofumi will pay him back in full once the Waves are cleared! 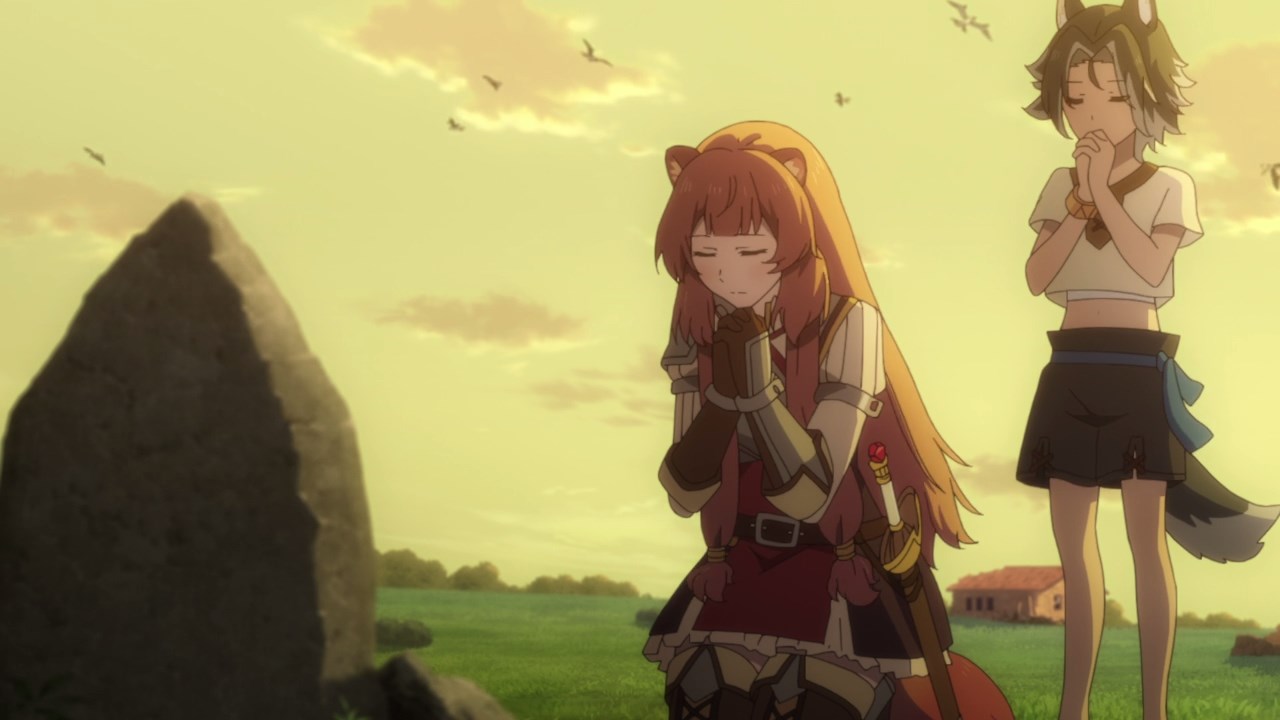 Afterwards, Naofumi and his party went to Raphtalia’s village for a short visit. Joined with Keel, Raphtalia payed her respects to Rifana and her parents as she’s finally returned to her hometown. 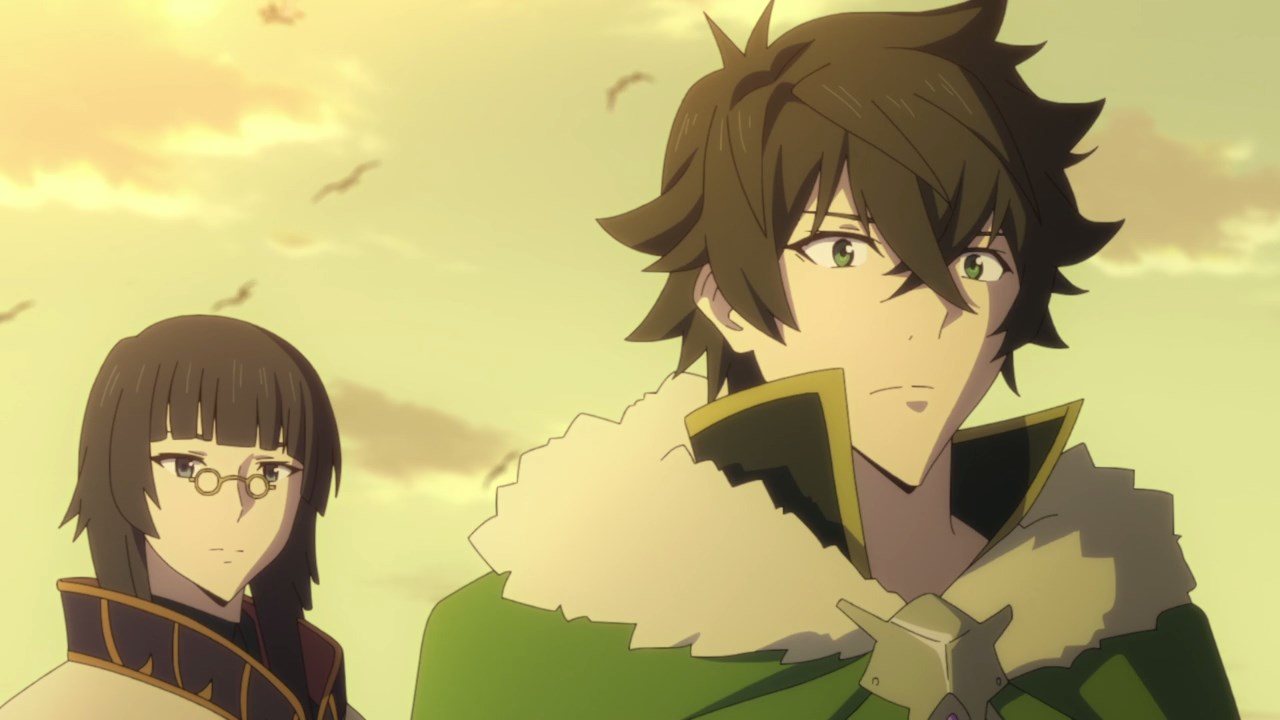 Also, here’s Van Reichnott and while I suspect him because he might do something bad towards the demi-human, seems that Reichnott managed to bring the demi-humans back to Raphtalia’s village.

Then again, he told Naofumi that there are still survivors being scattered throughout the land and he wants to help them as much as he can. More importantly though, I wish that Raphtalia’s village will return to its former glory. 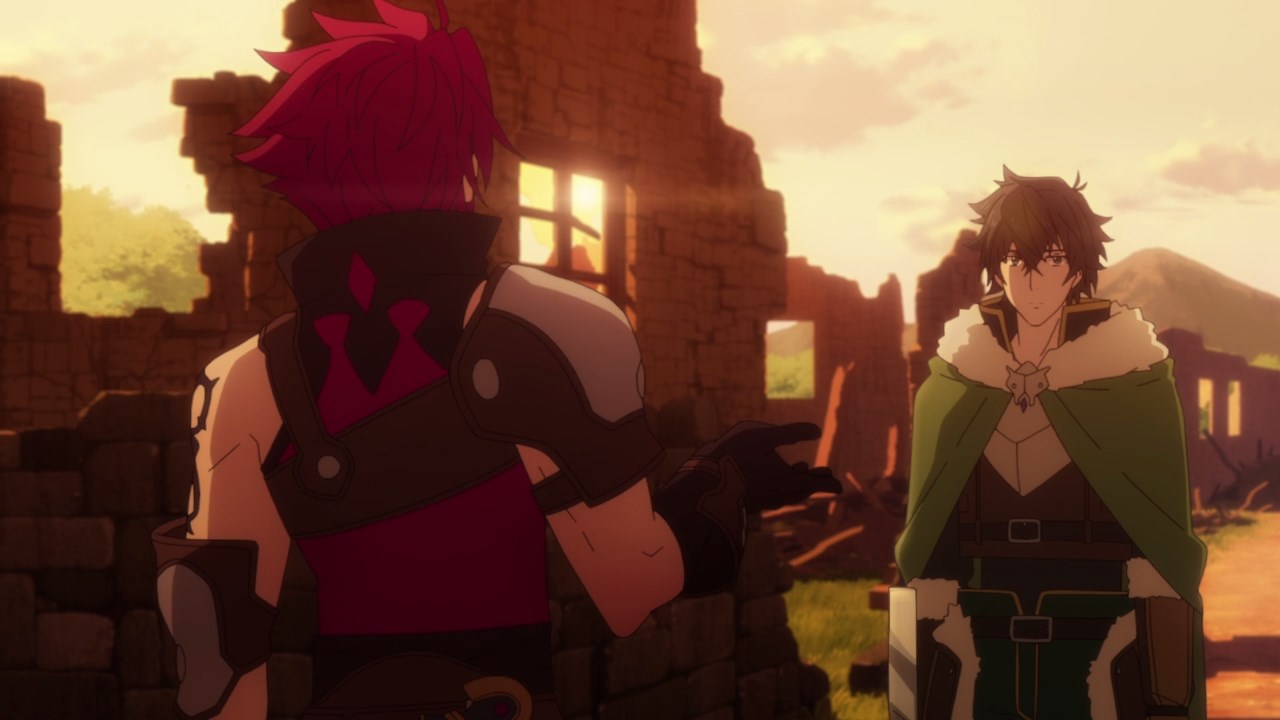 Meanwhile, Naofumi encountered this red-haired adventurer who just passed by as he’s curious about this place. Then again, I have a feeling that the Shield Hero will meet him in the future. 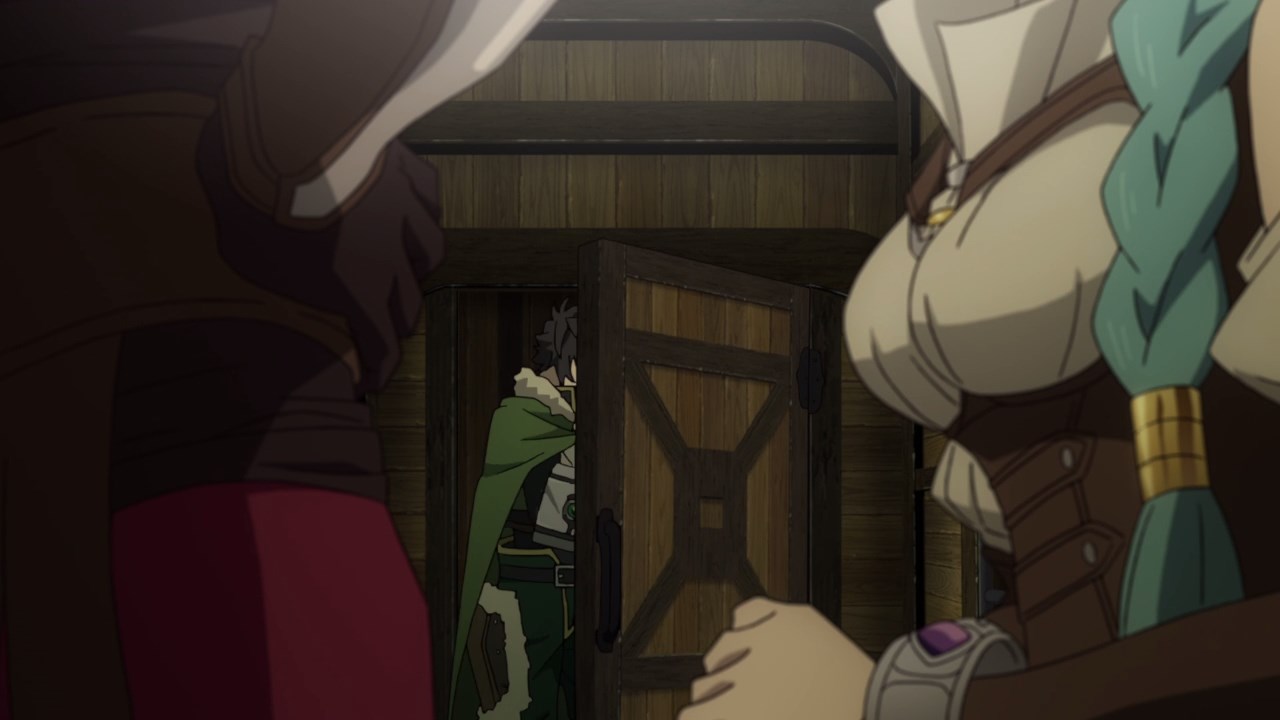 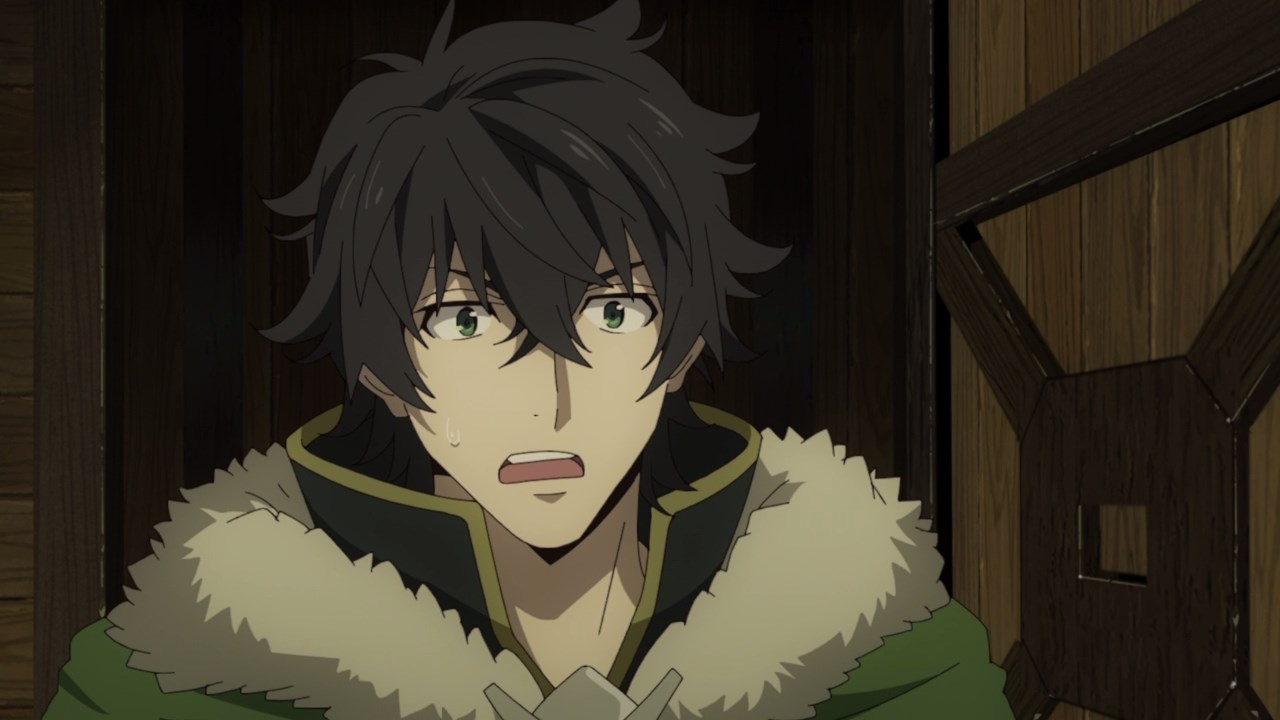 Anyways, I’ll see you next time as Naofumi Iwatani and his party will embark on the biggest quest at Cal Mira Archipelago. But, it appears that the Shield Hero will meet that guy he met before. 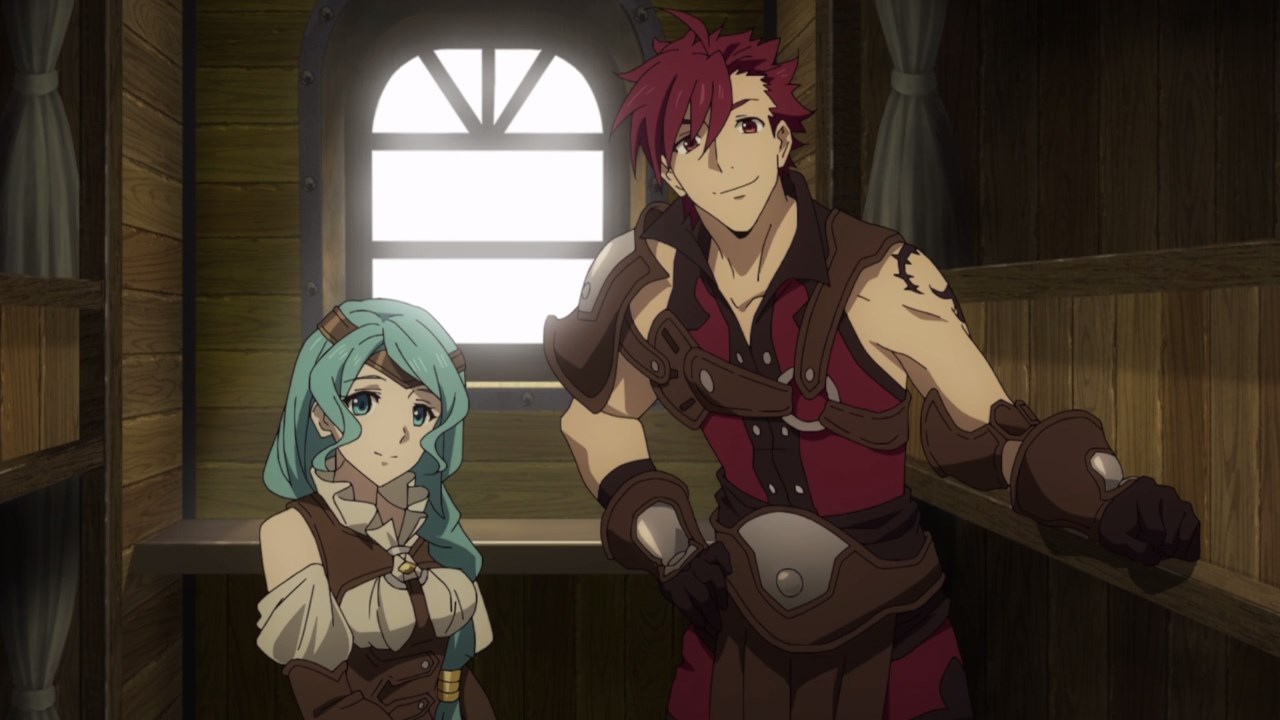 Turns out, he’s surprised to see this red-haired lad again, now named L’arc as he’s joined by his companion Therese where they’re travelling to Cal Mira Archipelago to participate on the biggest quest.

Then again, I’m suspicious towards L’Arc and Therese because Naofumi will be sharing a room with them. But anyways, let’s hope that nothing bad will happen on the next episode!