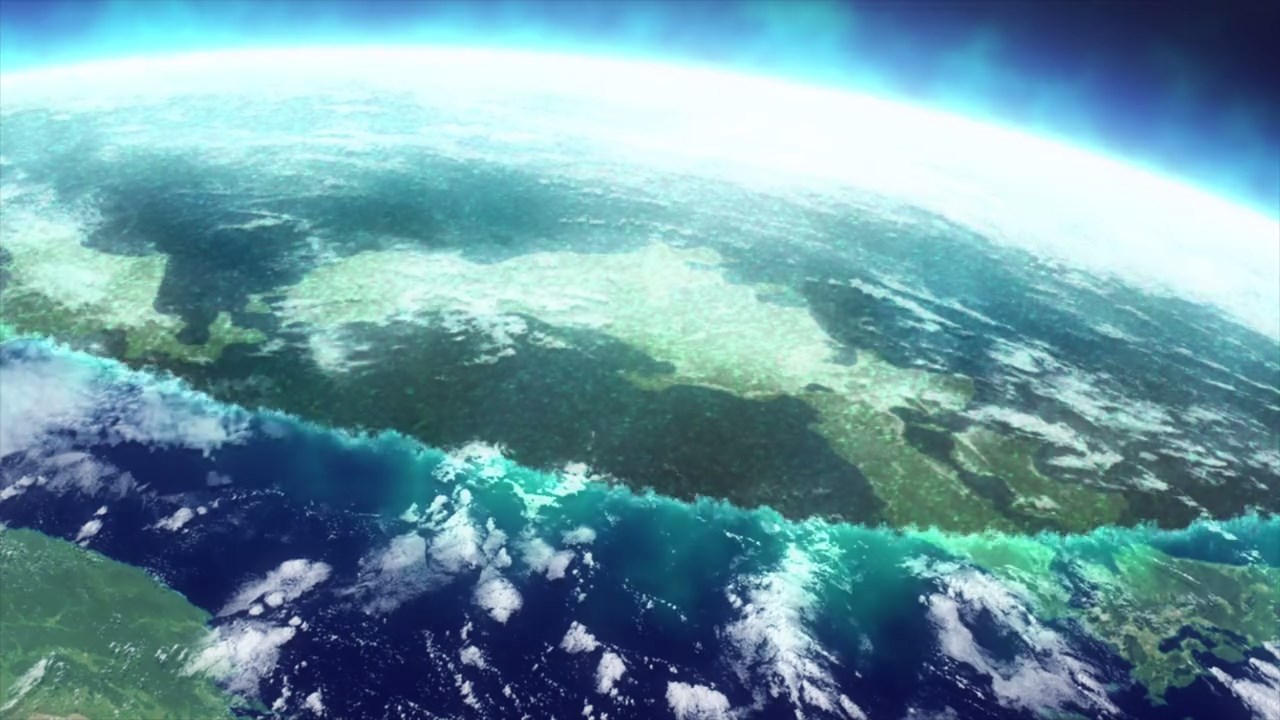 Hey guys, this is a new anime series called Dr. Stone, which is based on a manga by Riichiro Inagaki and Boichi. If you remember Eyeshield 21, Inagaki is the writer from that manga. Oh and as for Boichi, he’s responsible for making Sun-Ken Rock.

Anyways, let’s start this anime by having a freaking cataclysm that engulfs the entire planet. Yeah, what a way to start this show! 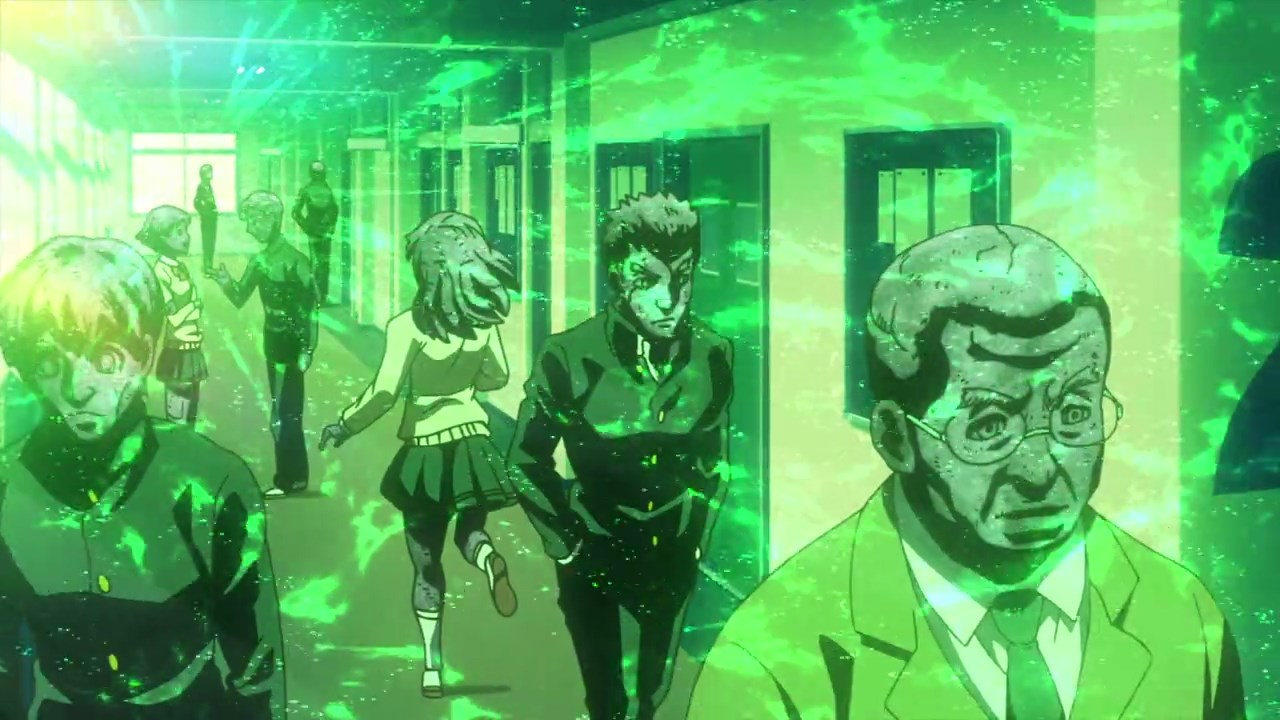 Not only that, but humanity got caught into a strange phenomena where they’re turned to stone. Thus, human civilization has ended as the entire population cannot move for all eternity. 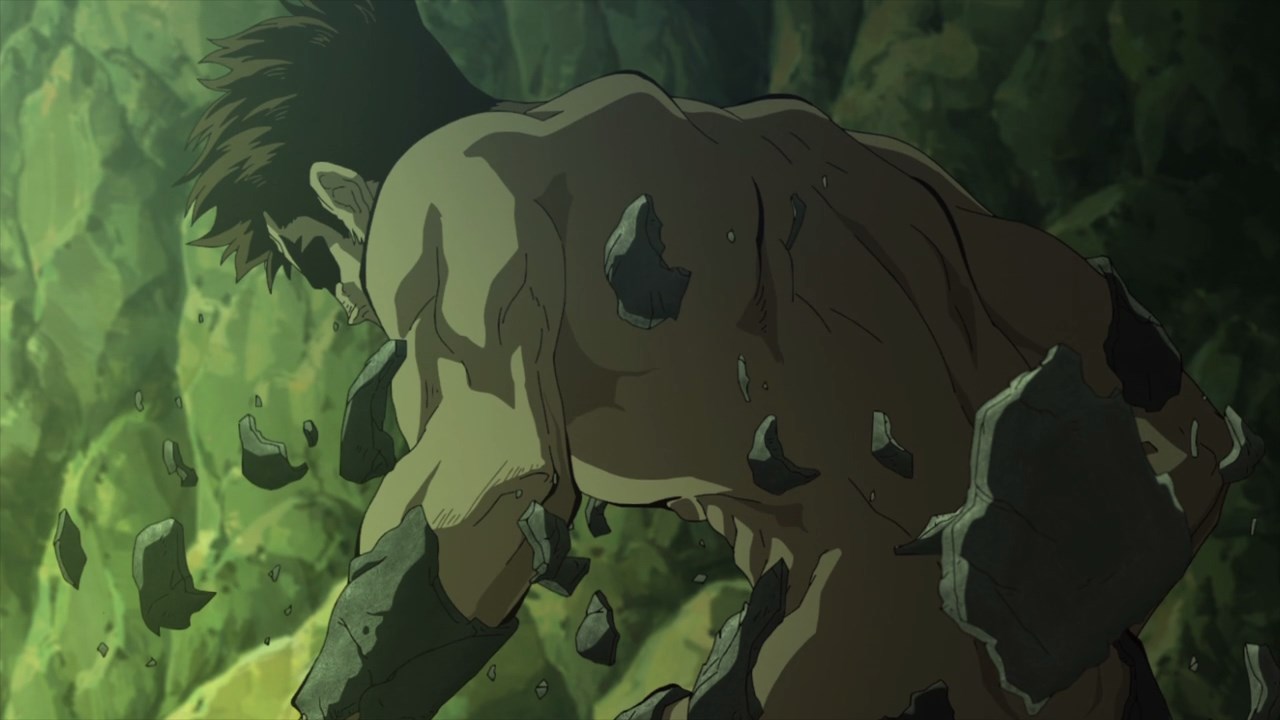 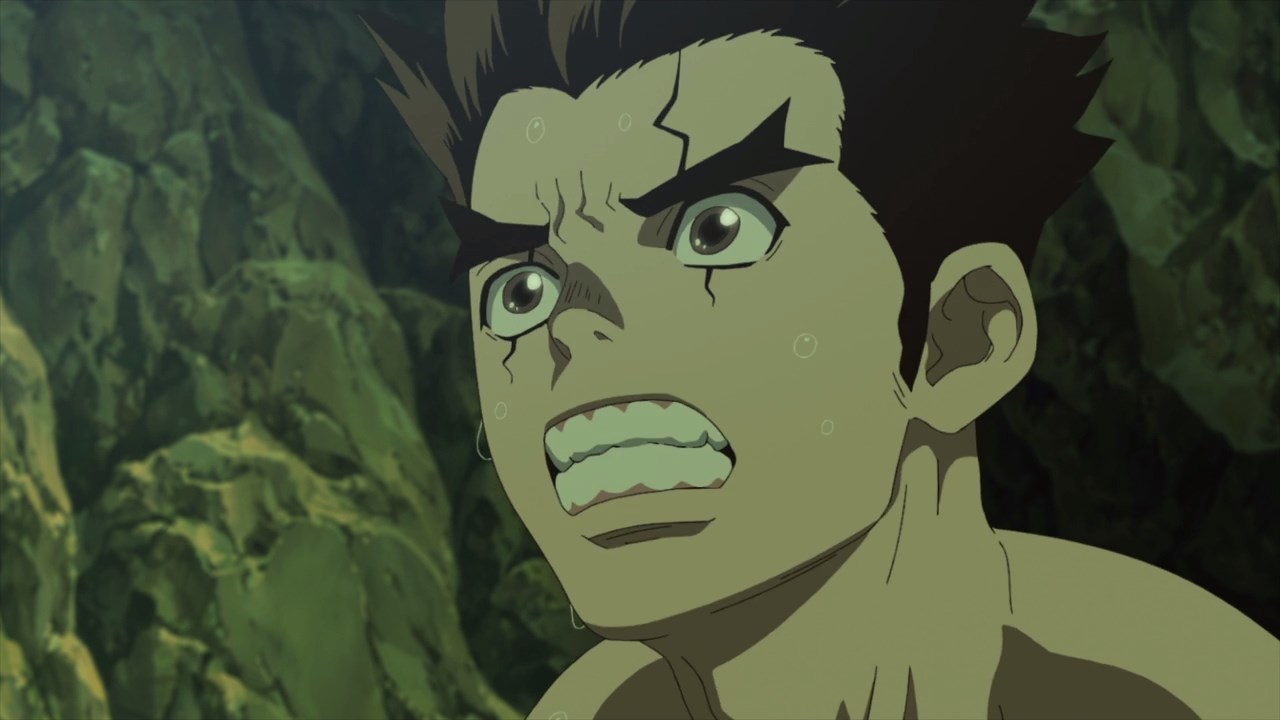 However, it appears that someone broke out from its rocky shell. This is Taiju Ooki, a normal guy who’s about to confess a girl that he likes before Taiji turned into stone. 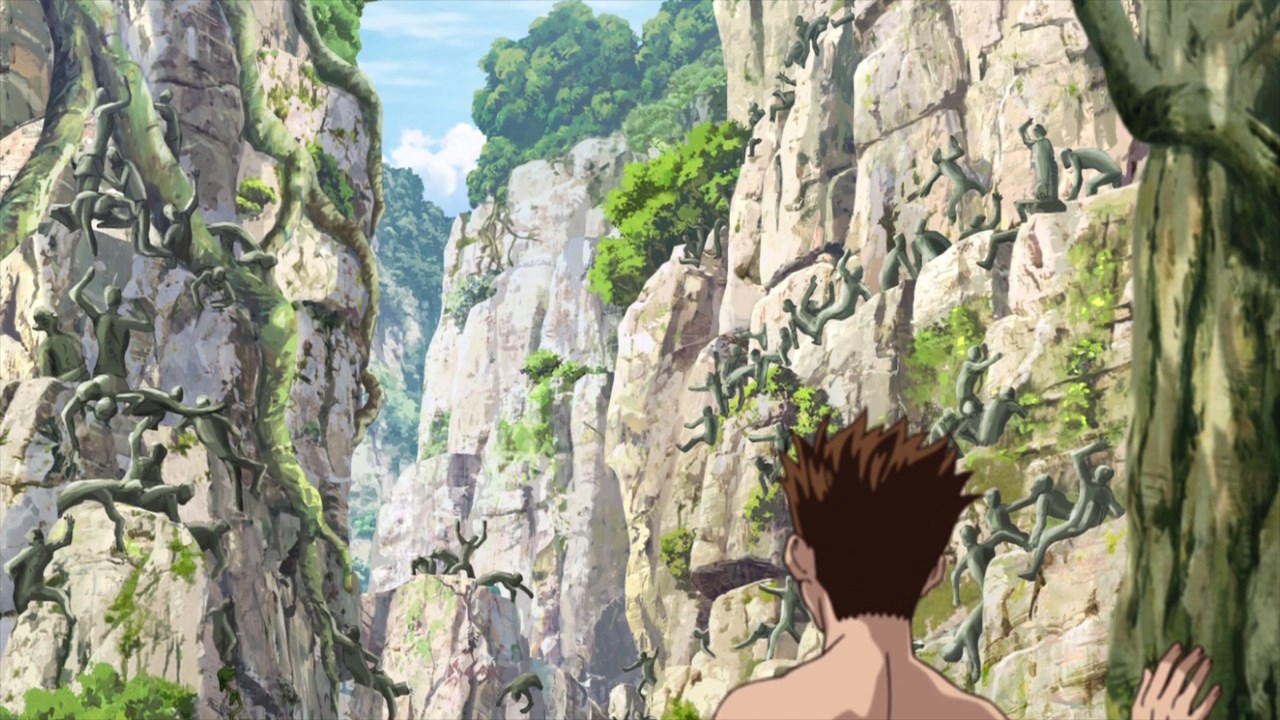 Of course, Taiju realized that he was frozen in time for many years, which means that the world has gone back into the stone age. Now then, it’s time for Taiju to find his crush. 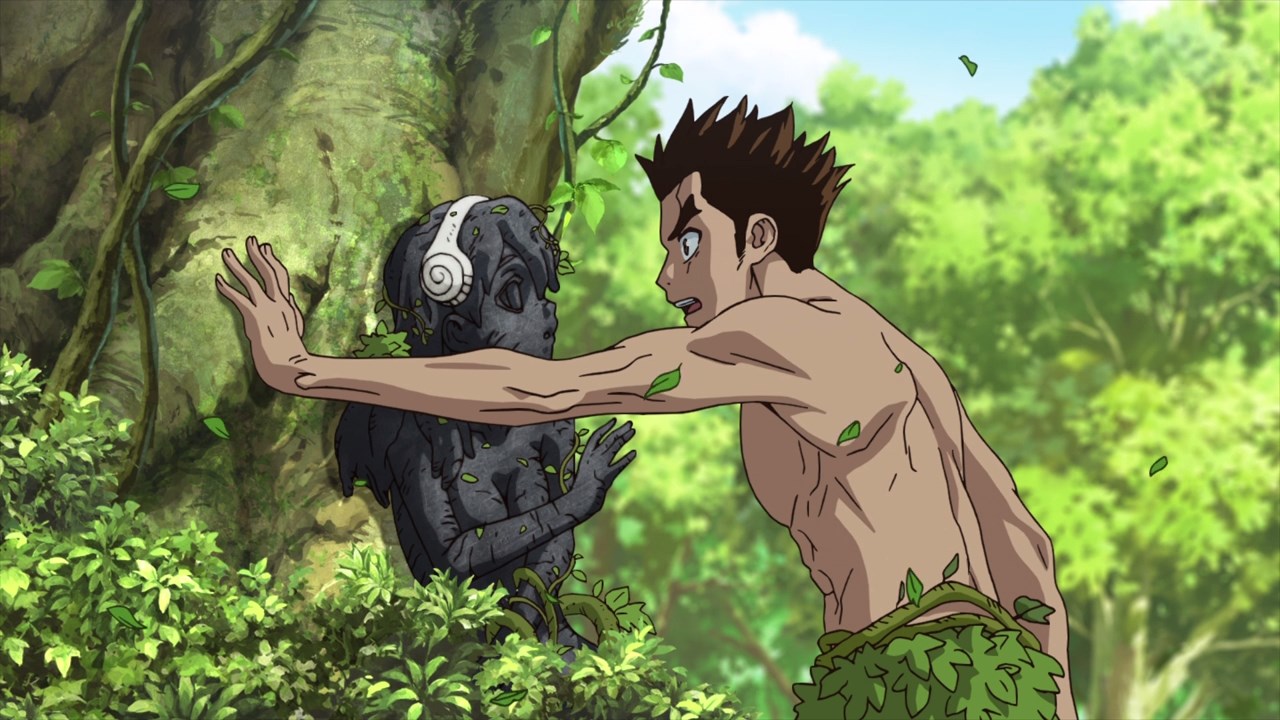 Fortunately, his crush named Yuzuriha Ogawa is still well-preserved after many years. But like the rest, Yuzurina’s body is still petrified which means that Taiju Ooki can’t do anything to free his crush.

Oh by the way, Yuzurina Ogawa is one of the luckiest ones as some of the petrified humans got broken-up into pieces, meaning that they died as they’re being washed away by the wrath of Mother Nature. 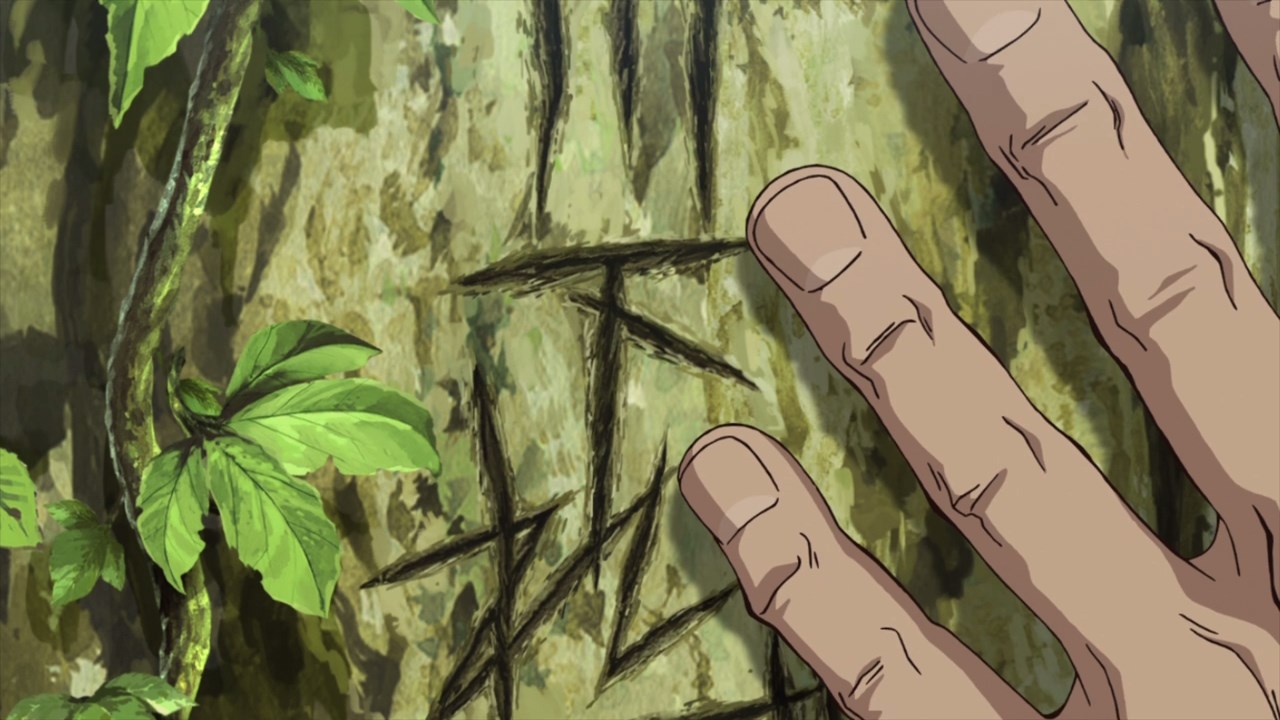 Now then, Taiju found a writing which tells him to go to the river downstream. Hmm, I wonder if there’s someone who managed to break free from petrification? 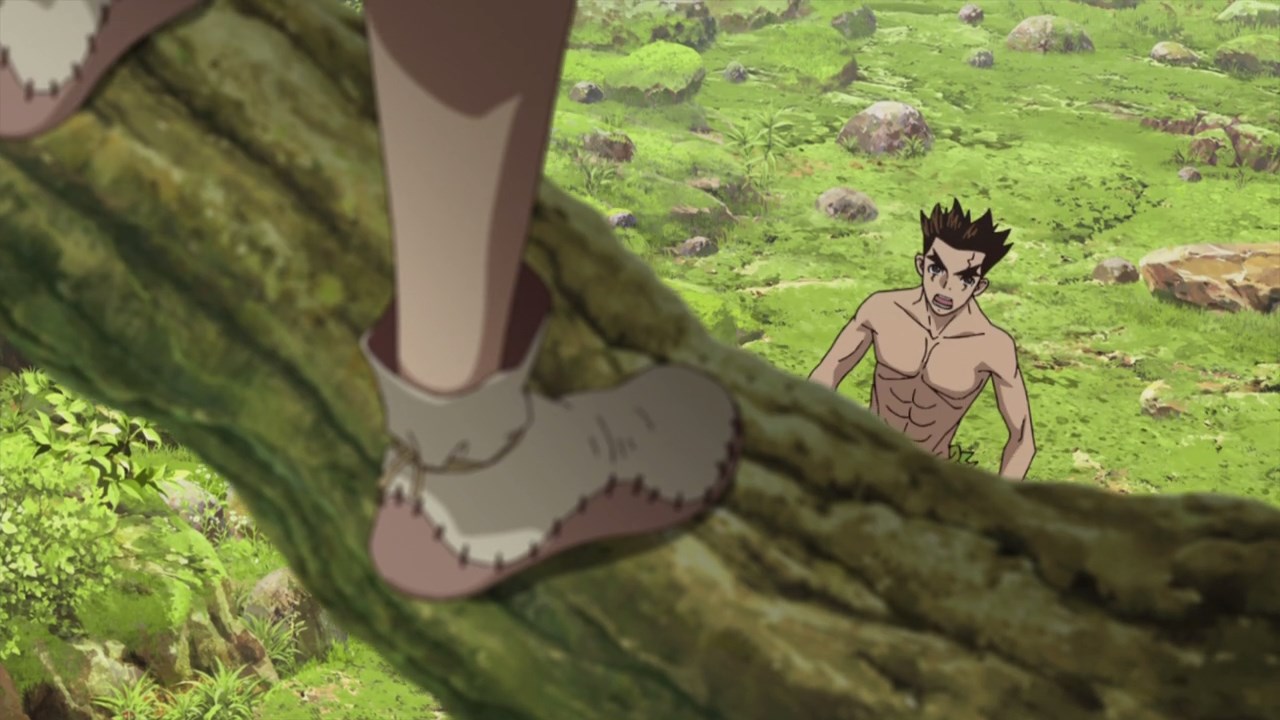 Anyways, Taiju was surprised that there’s another person who got out from petrification. 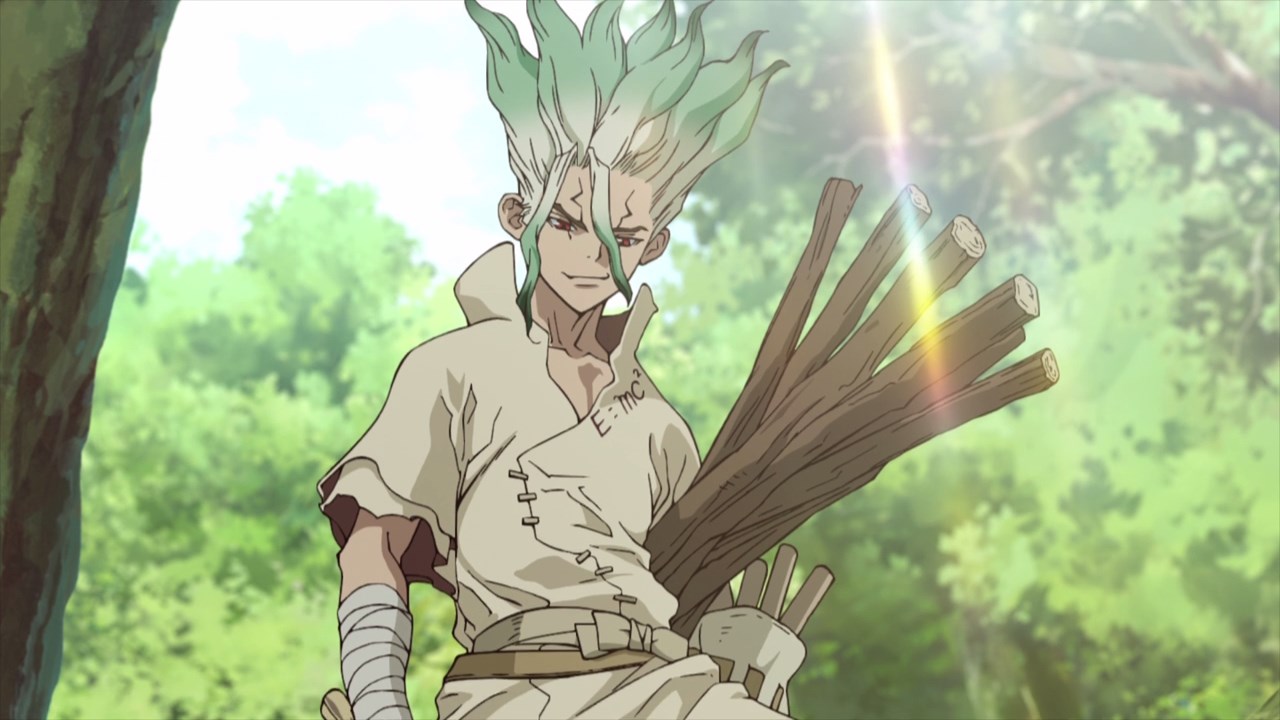 This is Senku, who turned out to be Taiju’s best friend. Oh yeah, and Senku told Taiju that humanity was petrified for over 3,700 years.

Anyways, Senku needs Taiju’s help because he wants to bring modern civilization back. While it’s sounds crazy since humans took more than 2,000 years to develop into the modern society that we know today, Senku will bring it back in a short amount of time. Why? Because he’s a freaking genius! 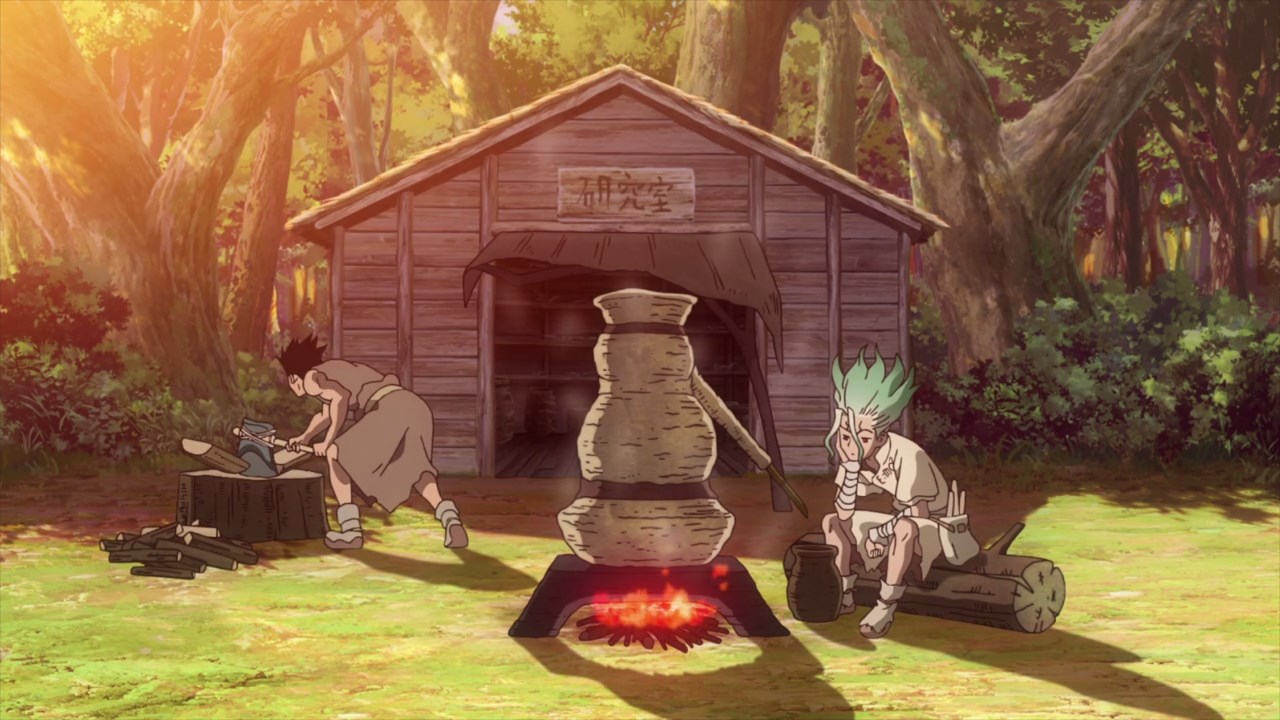 But first, he needs to create a de-petrification liquid in order to break the remaining humans free from being encapsulated in stone forever.

So while Taiju takes care of the muscle work, Senku will mix nitric acid from bat excrements and distilled alcohol from fermented grapes in order to create a corrosion liquid. Oh by the way, they can legally drink wine since they’re over a thousand years old. 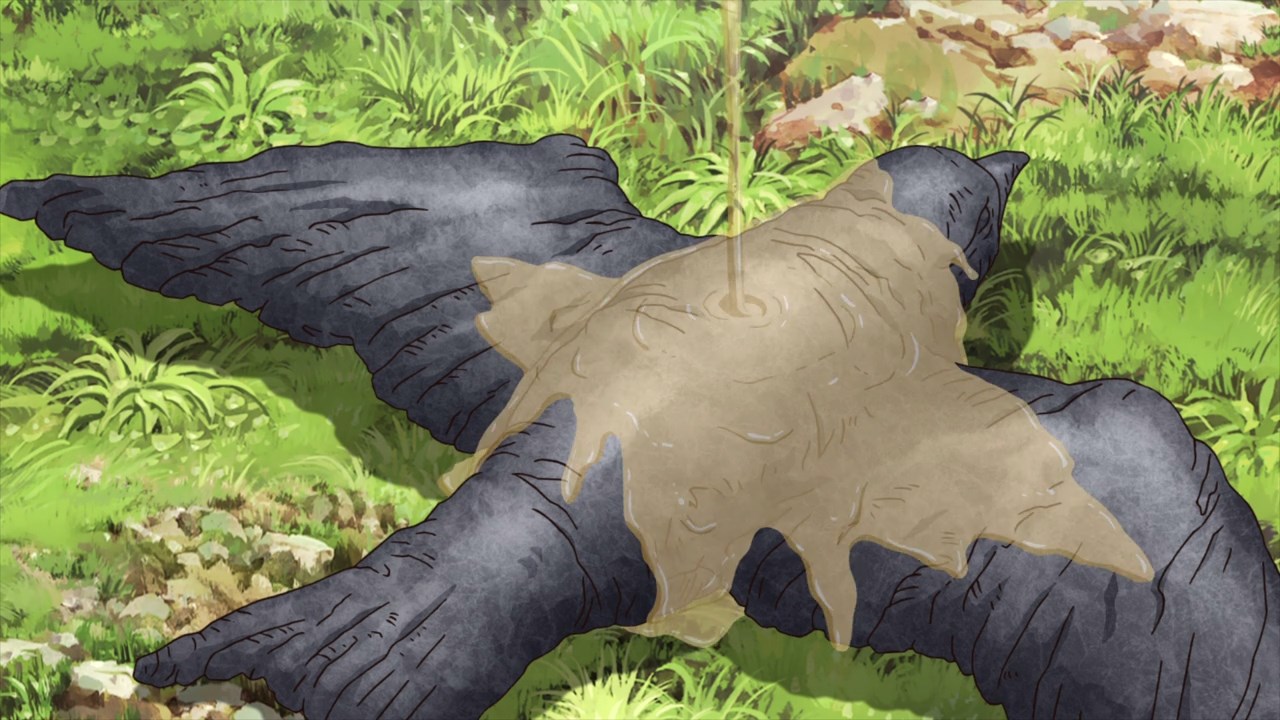 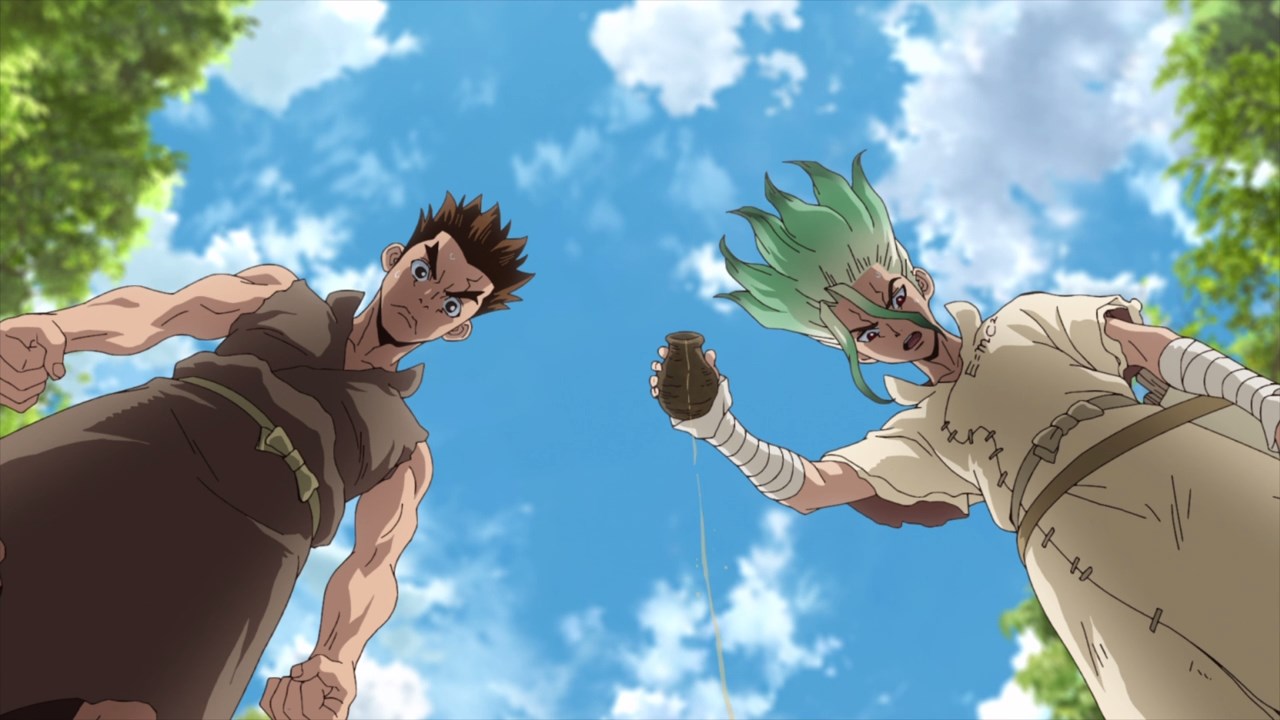 And so, the moment of truth where Taiju Ooki and Senku will pour their creation onto this petrified bird.

This is a make-or-break for them because they’re gonna save humanity and bring back modern civilization without waiting for another 2,000 years. 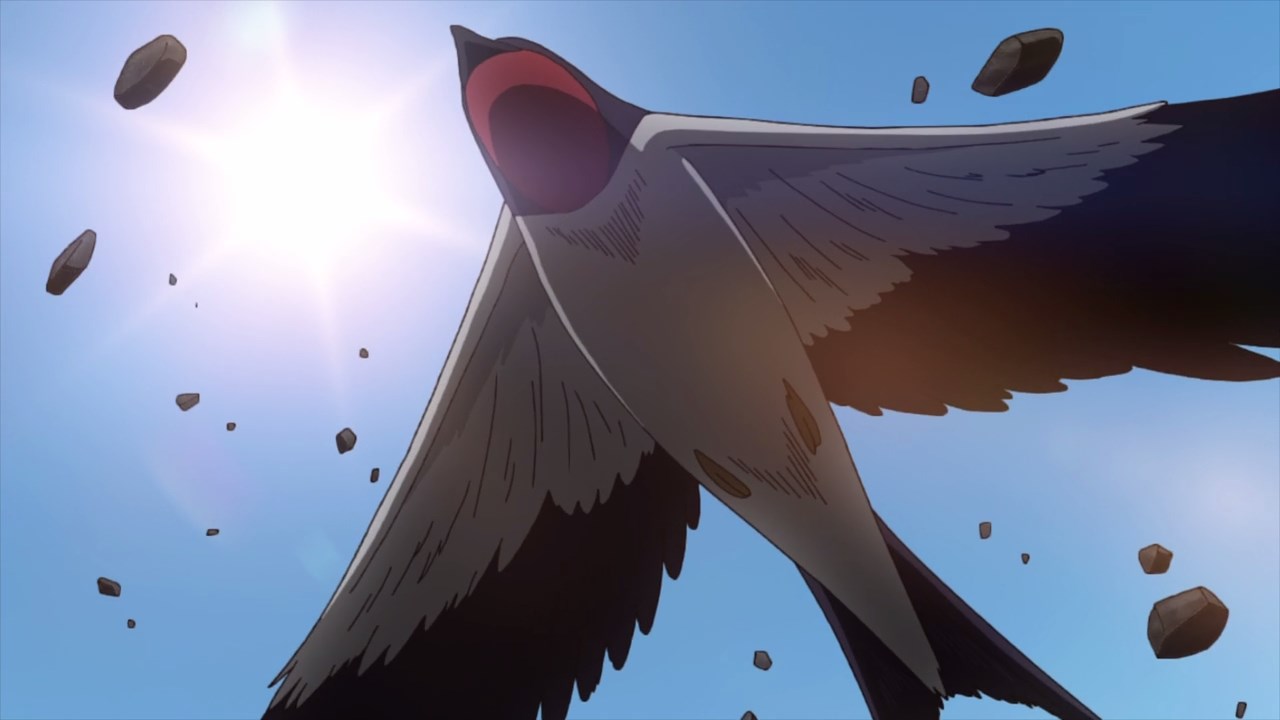 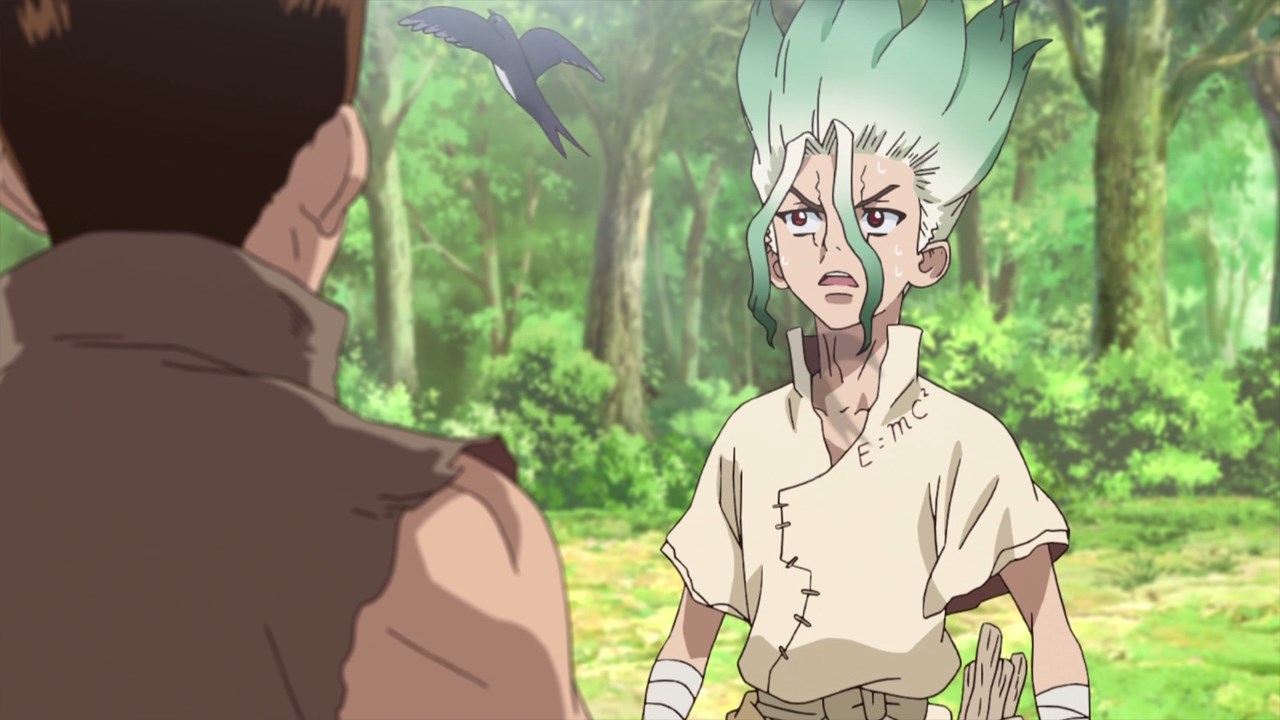 And look, they finally got a break-through as this bird broke free from petrification. Now, Senku and Taiju will have to make a large batch in order to free the humans.

Well, I have to say that Dr. Stone got me hooked! Of course, I have to wait for the next episode to find out more because I’m really curious on what comes next.