To Aru Kagaku no Accelerator Episode #01 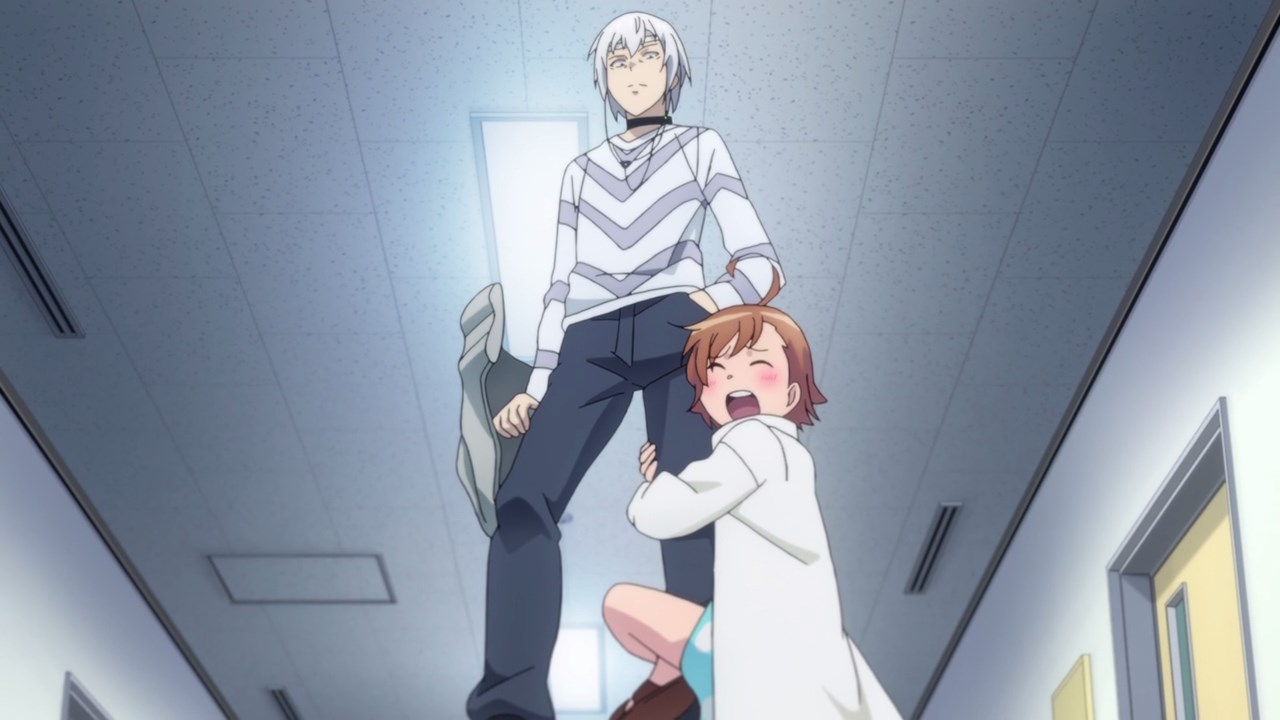 Well everyone, I’m sure that some of you are itching for another season of To Aru Majutsu no Index, but J.C.Staff is here to deliver another spin-off from the To Aru-verse. This time, it’s Accelerator as he about to be discharged from the hospital after saving Last Order from bad people who want to destroy the MISAKA Network.

Of course, let’s not forget that he got beaten-up by Touma Kamijou in which he failed to attain Level 6 by killing the MISAKA sisters. Well, some of the sisters have survived, but now it’s a pain in the ass for Accelerator to protect Last Order and the MISAKA Network. 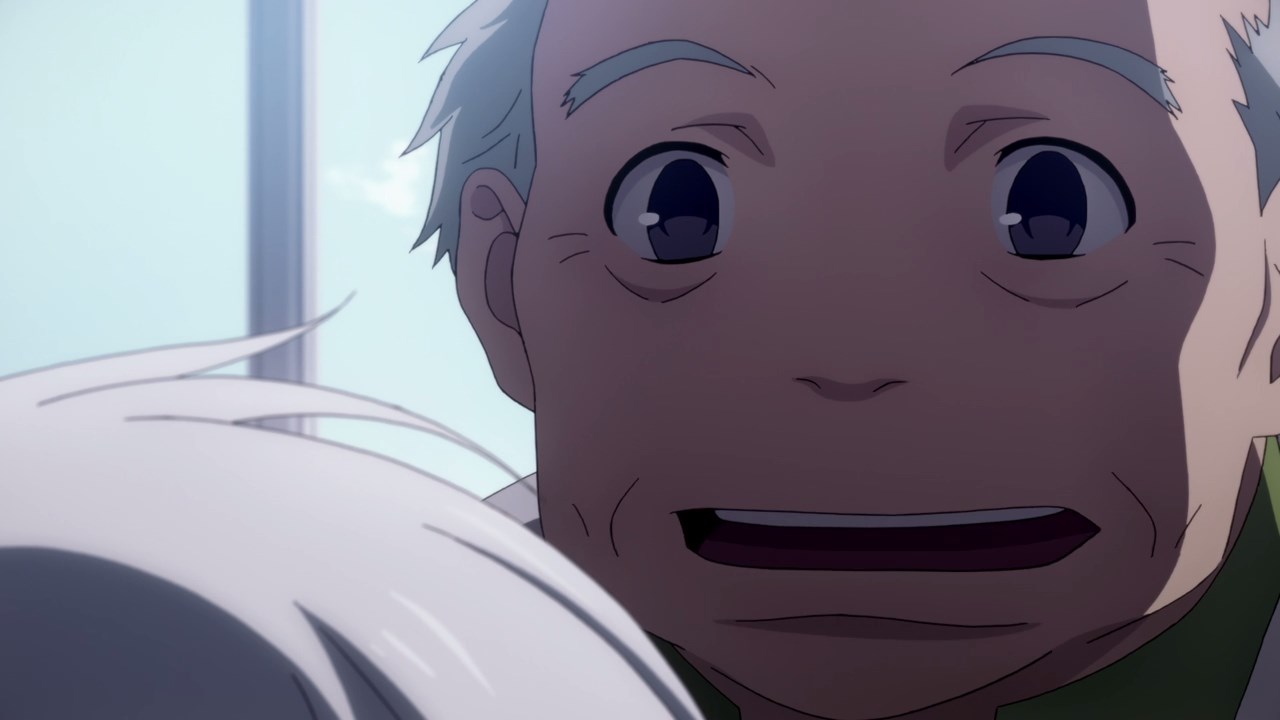 Still, Accelerator will be discharged very soon as the doctor removed the bandages from his forehead, but also warned him not to exert too much since Accelerator’s brain is still connected to an electrode. C’mon, Accelerator got shot in the head after rescuing Last Order. 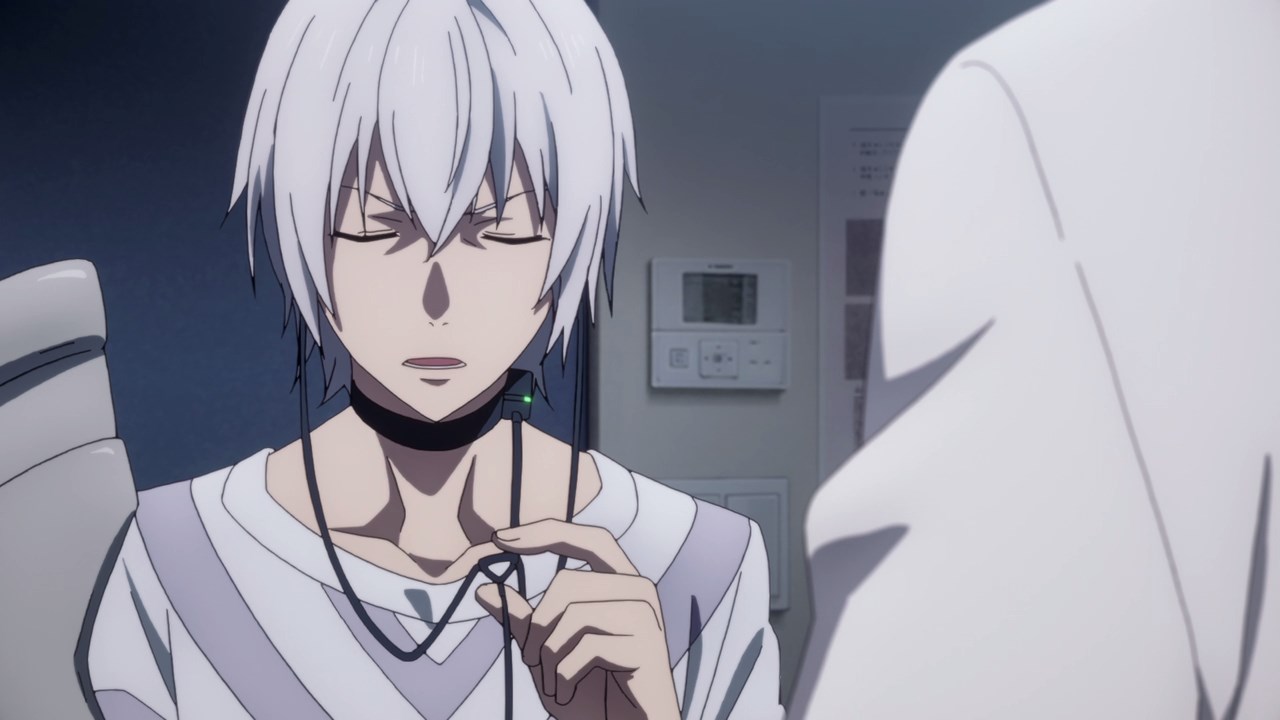 Regardless, he’ll leave the hospital together with Last Order as Accelerator will just take a rest until he can walk again without a crutch. 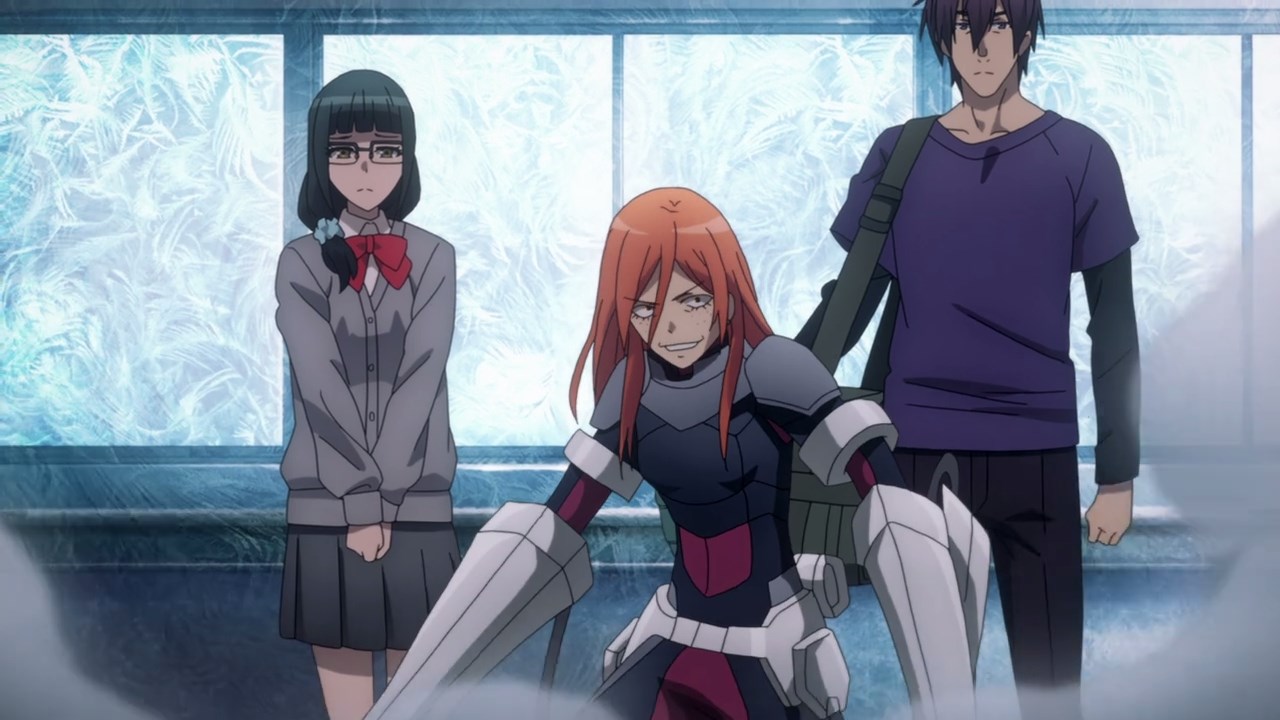 On second thought, Accelerator will have to stay for the time being as these punks are causing trouble inside the hospital.

These punks are named Minori Kidera, Yoko Takata, and Hiromi Nakahara. They’re here to pay a visit to Accelerator and slice his body off with Yoko’s new toy. 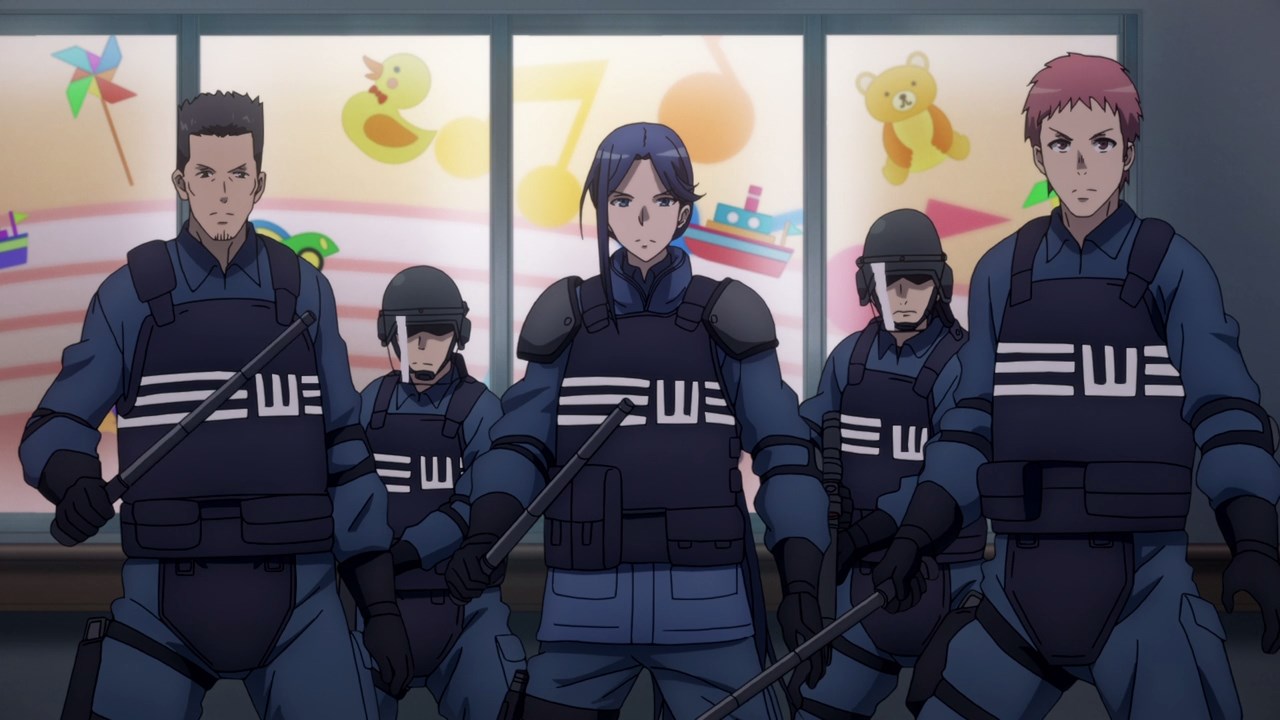 Unfortunately for Yoko and her buddies, the Anti-Skill are here to stop them as Aiho Yomikawa and her fellow operatives will subdue them with batons. C’mon, they can’t use guns against these teens who apparently stole a weapon designed to kill Accelerator. 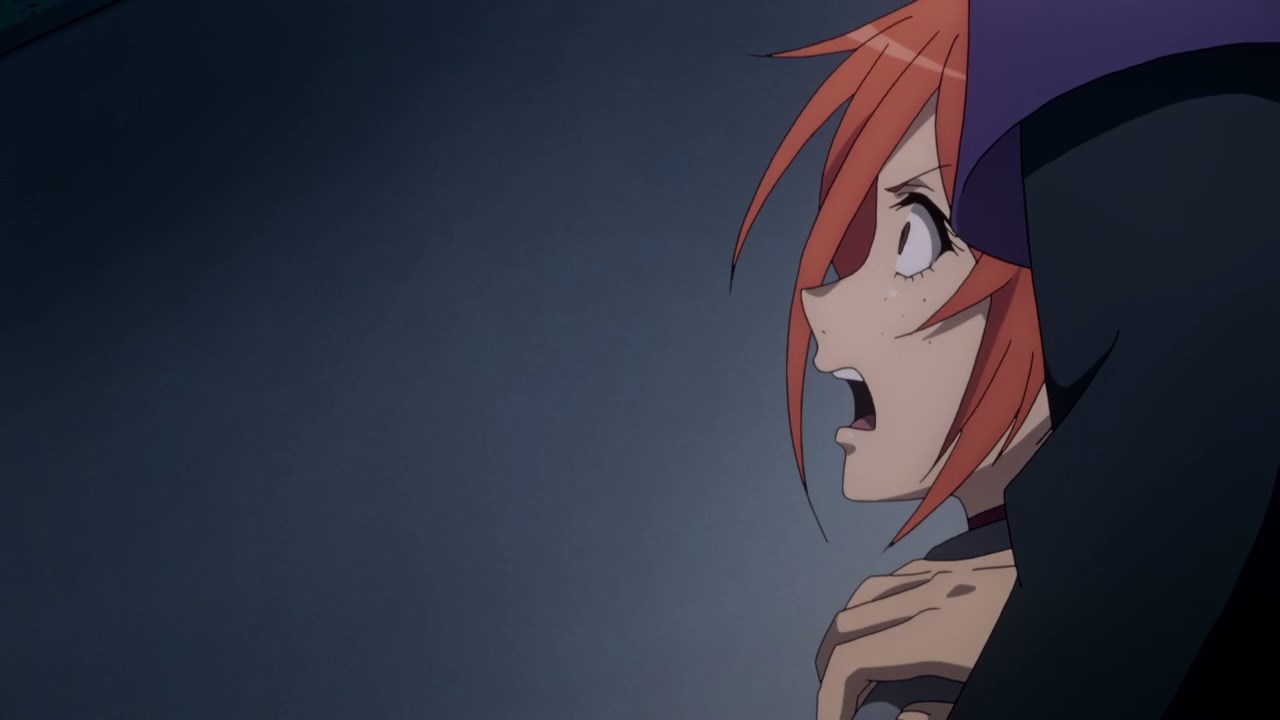 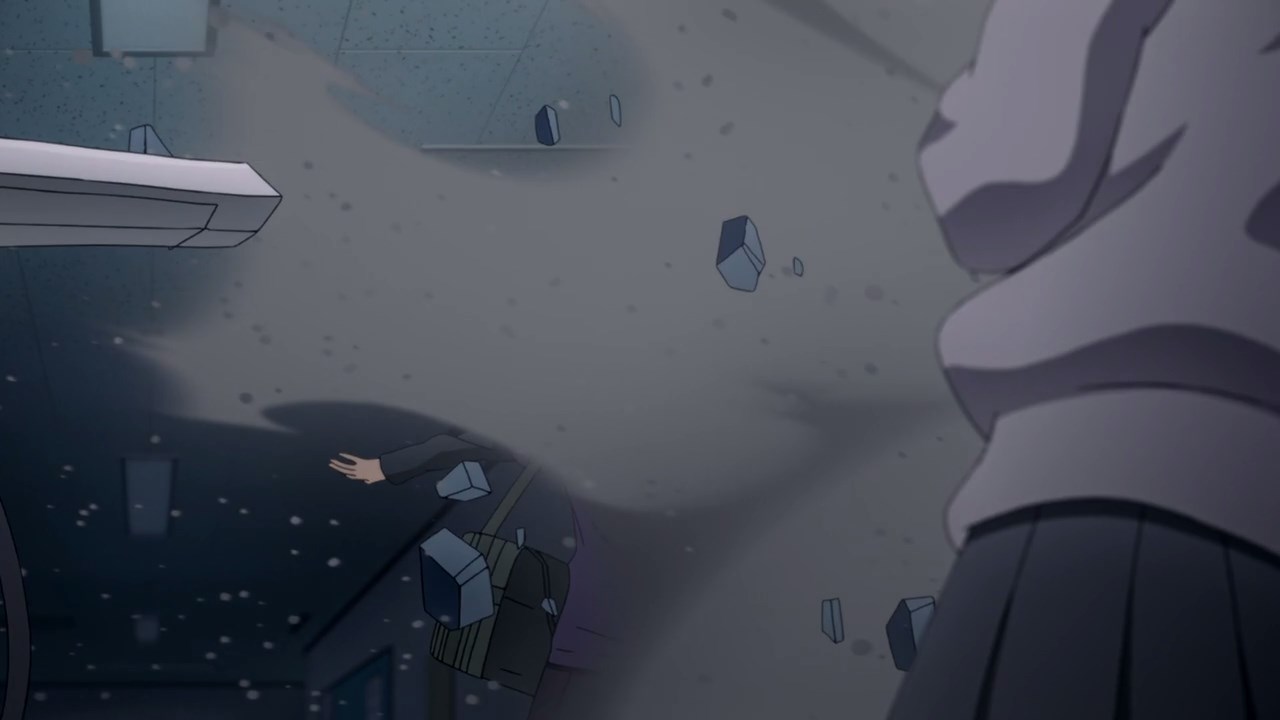 Suddenly, Hiromi sensed danger and pushed Yoko away from being crushed by this debris. Then again, I doubt that Nakahara would survive that unless he’s an esper. 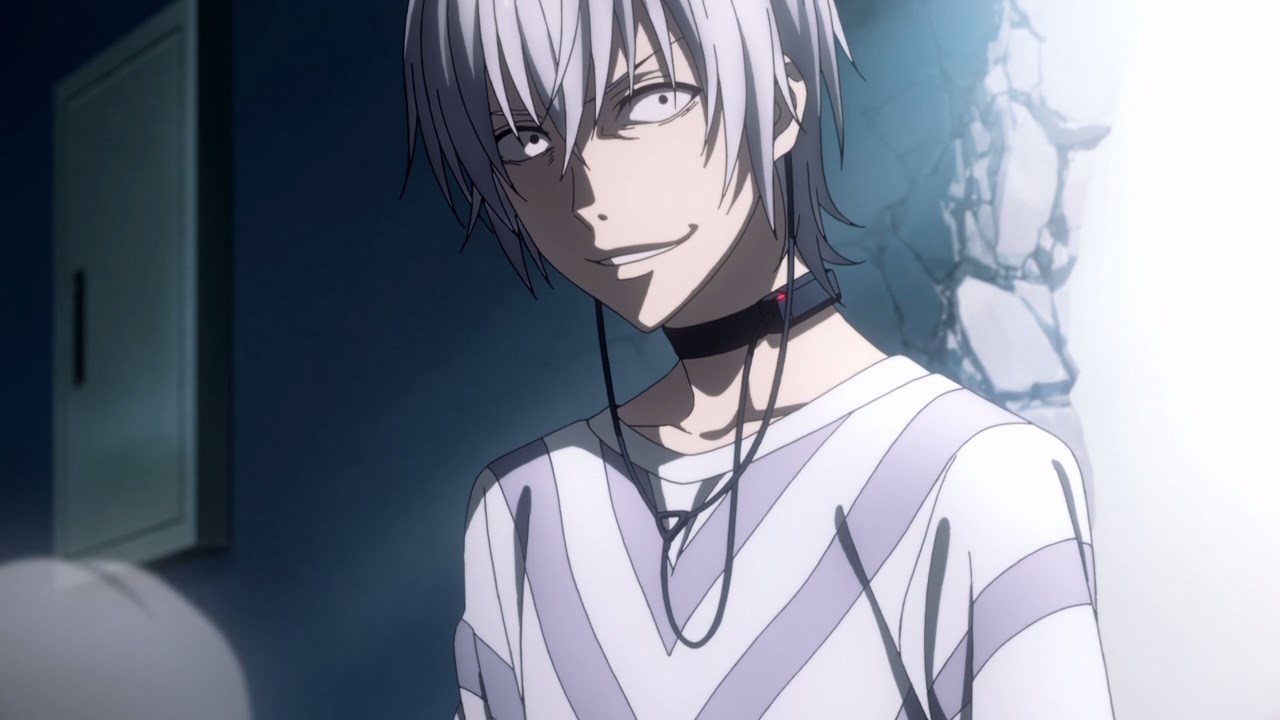 In any case, here’s Accelerator as he’s freakin’ pissed that he’s not gonna discharged due to some punks who are after him. C’mon, he’s always angry at everybody… 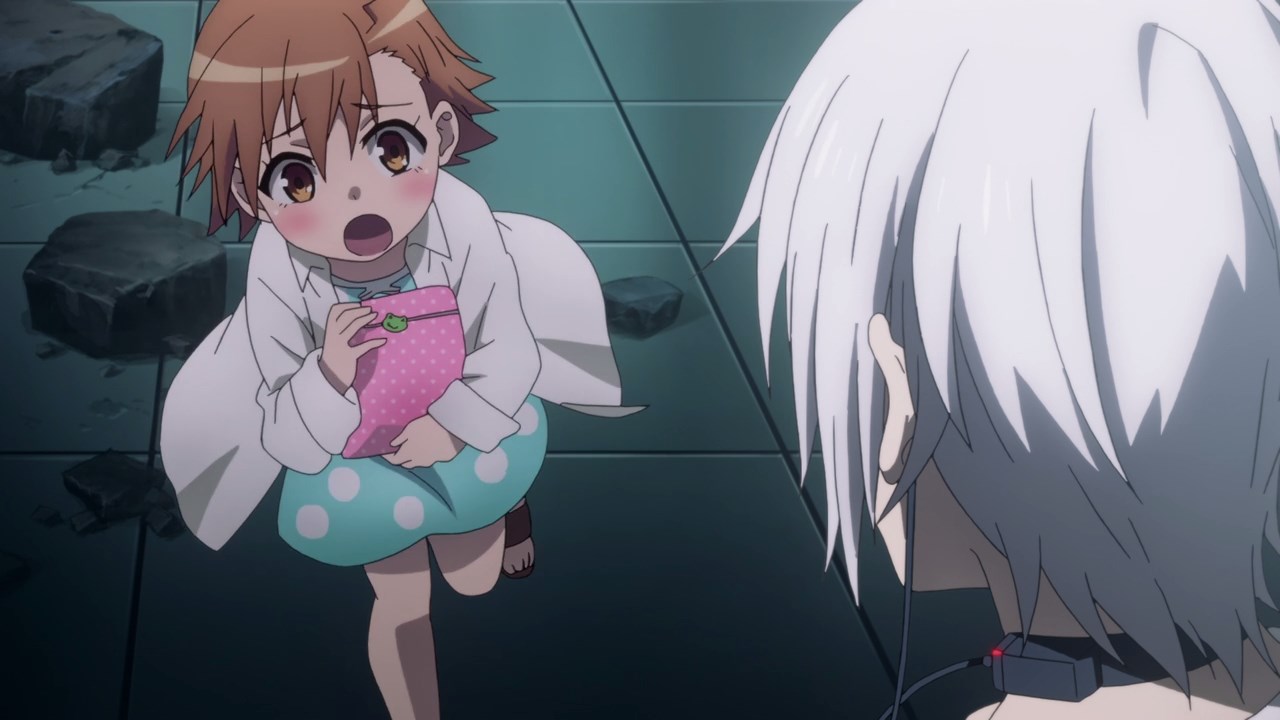 …except for Last Order in which she got caught in the wrong place and in the wrong time. Damn, why does she have to stumble into trouble? 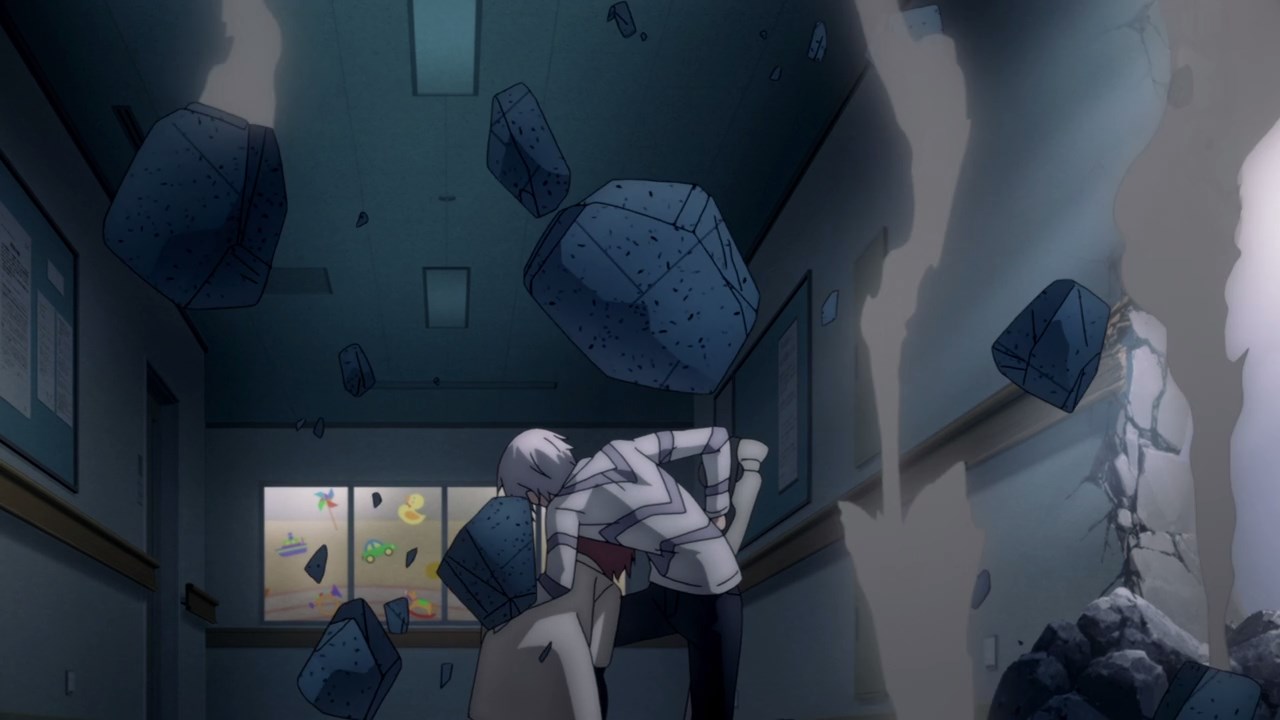 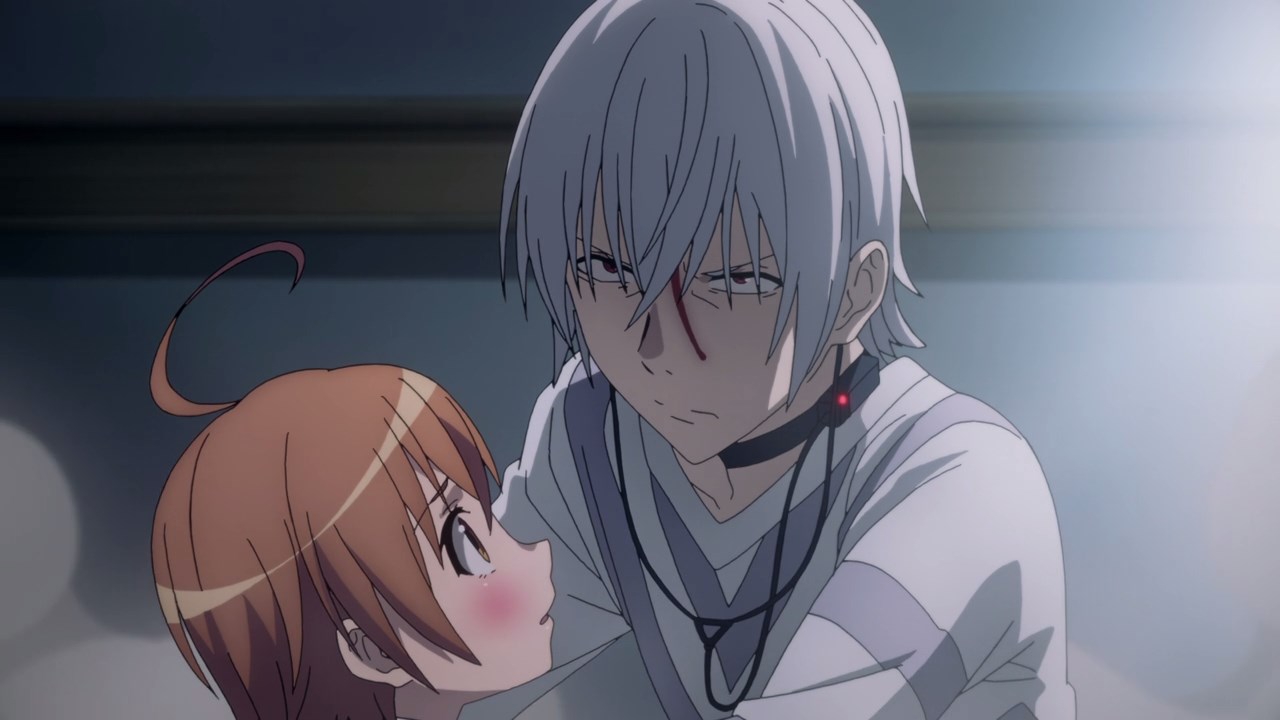 Fortunately, Accelerator shielded Last Order from falling debris. However, seems that the scar from his forehead got opened, which means that the doctor will have to wrap his head again with bandages.

By the way, what happened to the gift box in which Last Order is holding it earlier? 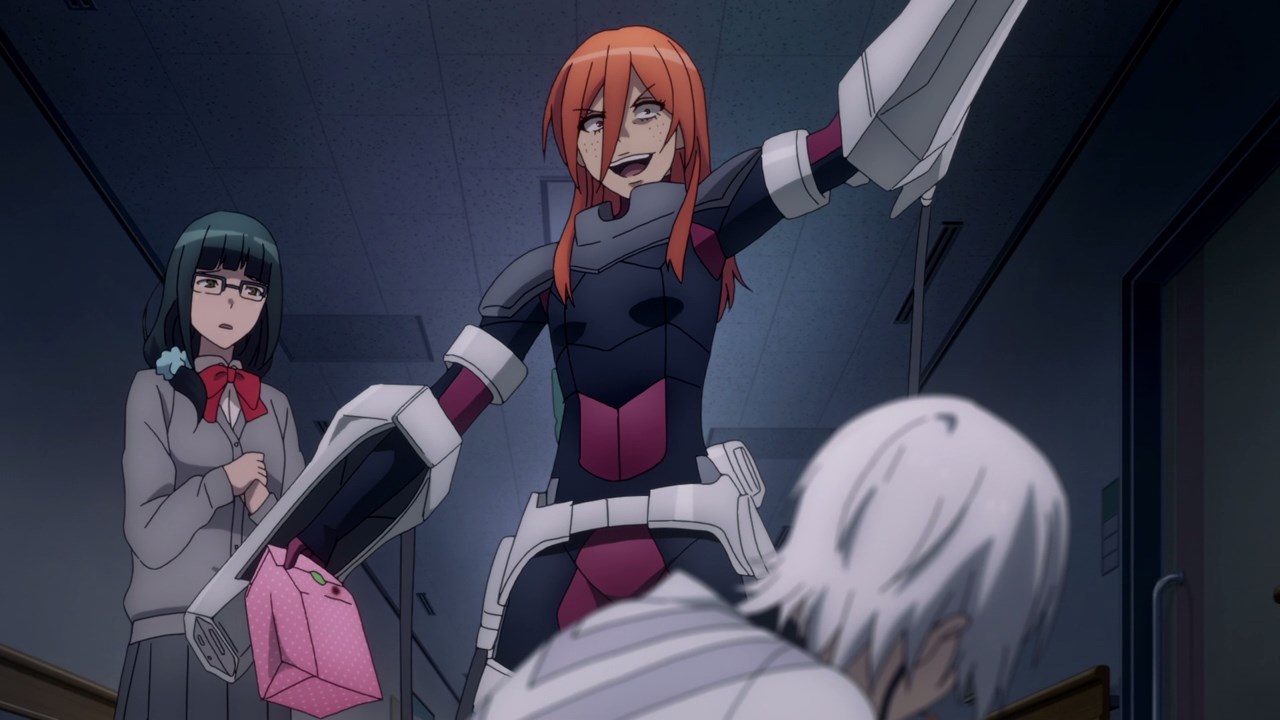 Well, Yoko Takata stole it from Last Order because the gift got Accelerator’s blood splatter on it. This means that there’s no reason to kill Accelerator as they’ll use his DNA to create powerful weapons against him.

Anyways, both Yoko and Minori left the hospital which Accelerator won’t let them get away with it! 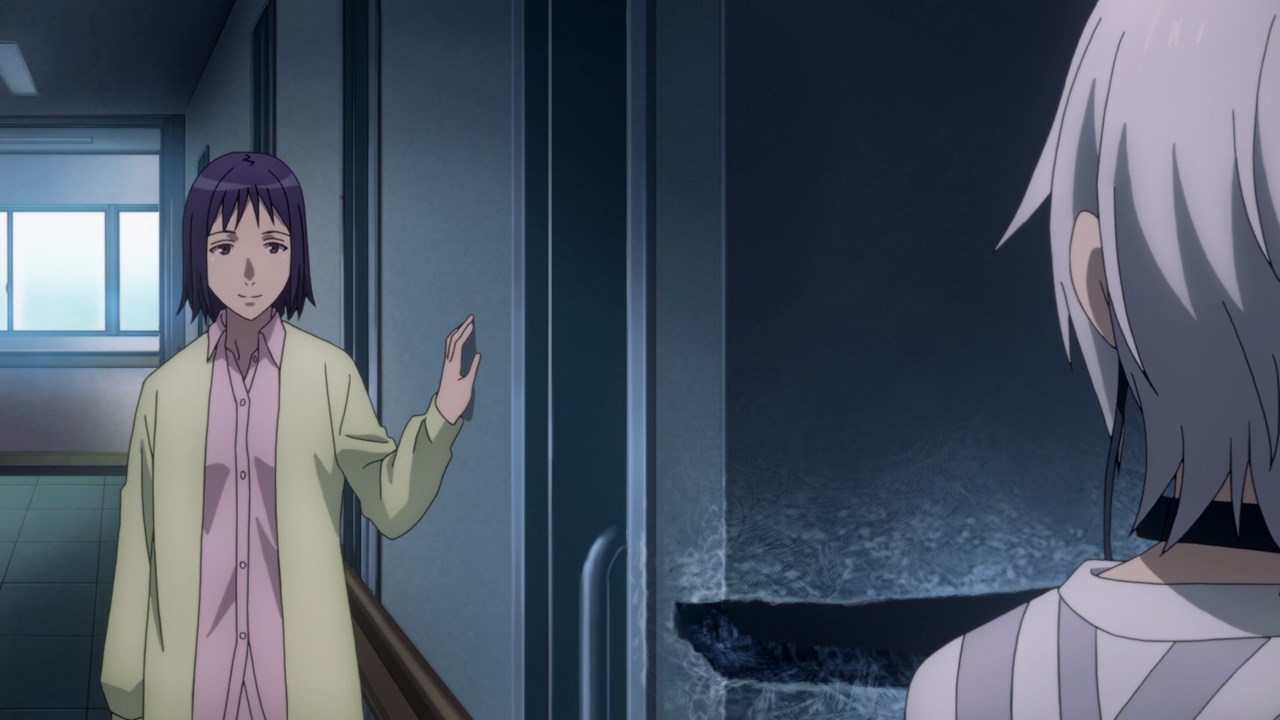 Fortunately, Kikyou Yoshikawa offered Accelerator a ride since he can’t use his electrode for longer periods. C’mon, Accelerator needs to conserve energy to beat the shit out of those punks. 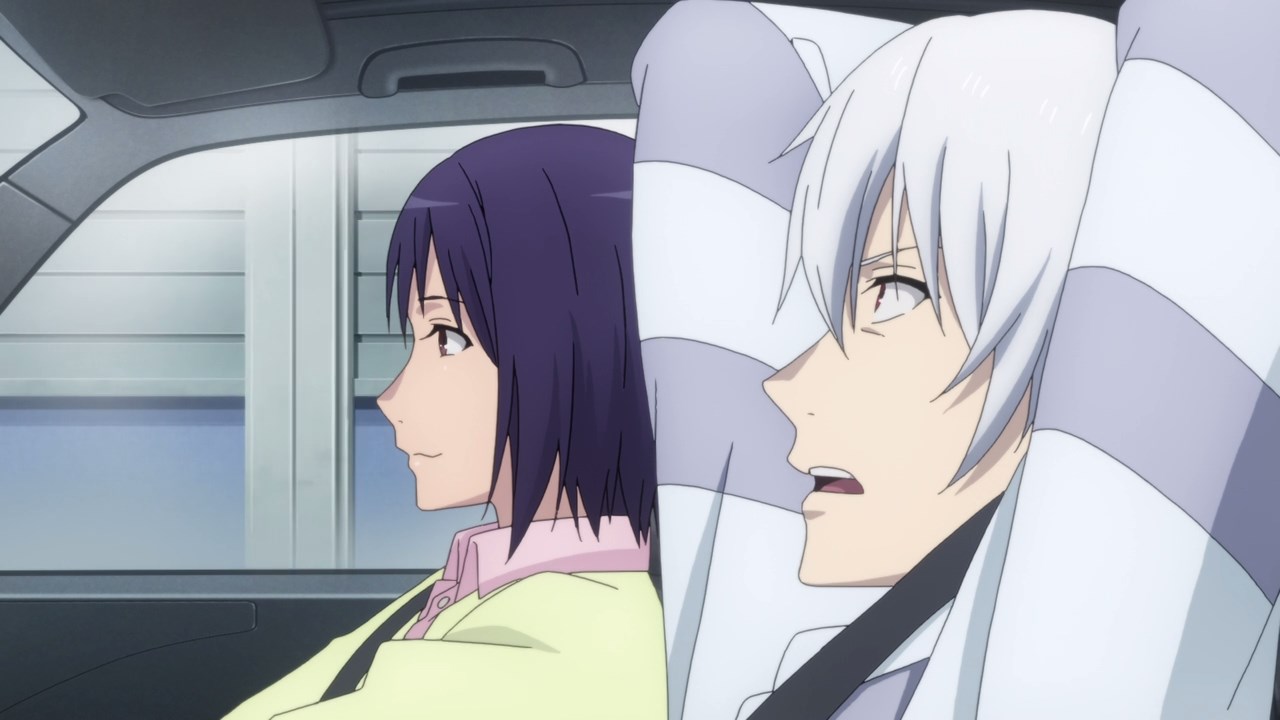 Anyways, Accelerator told Yoshikawa to drive straight to the underground as it’s a place to hide from Anti-Skill. Nice deduction there! 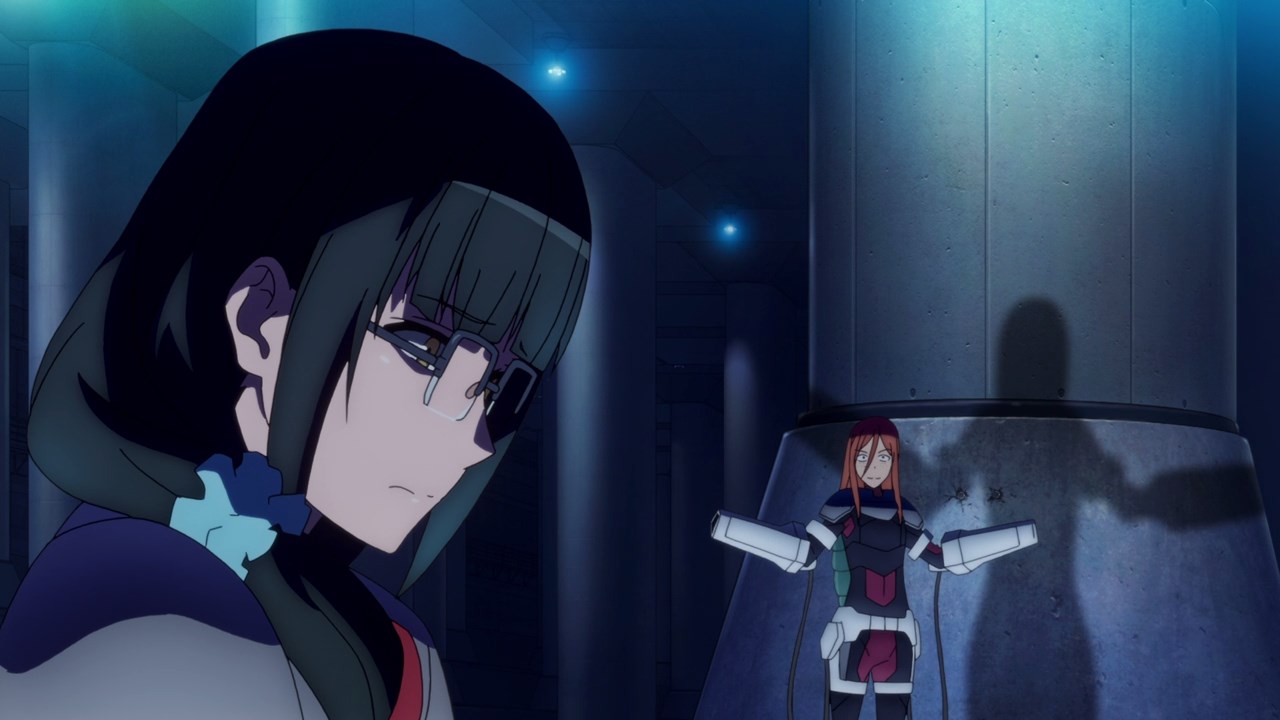 Meanwhile, both Minori Kidera and Yoko Takata are currently hiding from Anti-Skill.

Then again, Minori wanted to rescue Hiromi Nakahara since they can’t abandon him, but Yoko shrugs it off because there’s no need to rescue a loser like Hiromi. For as long as they have Accelerator’s DNA, they can become rich! 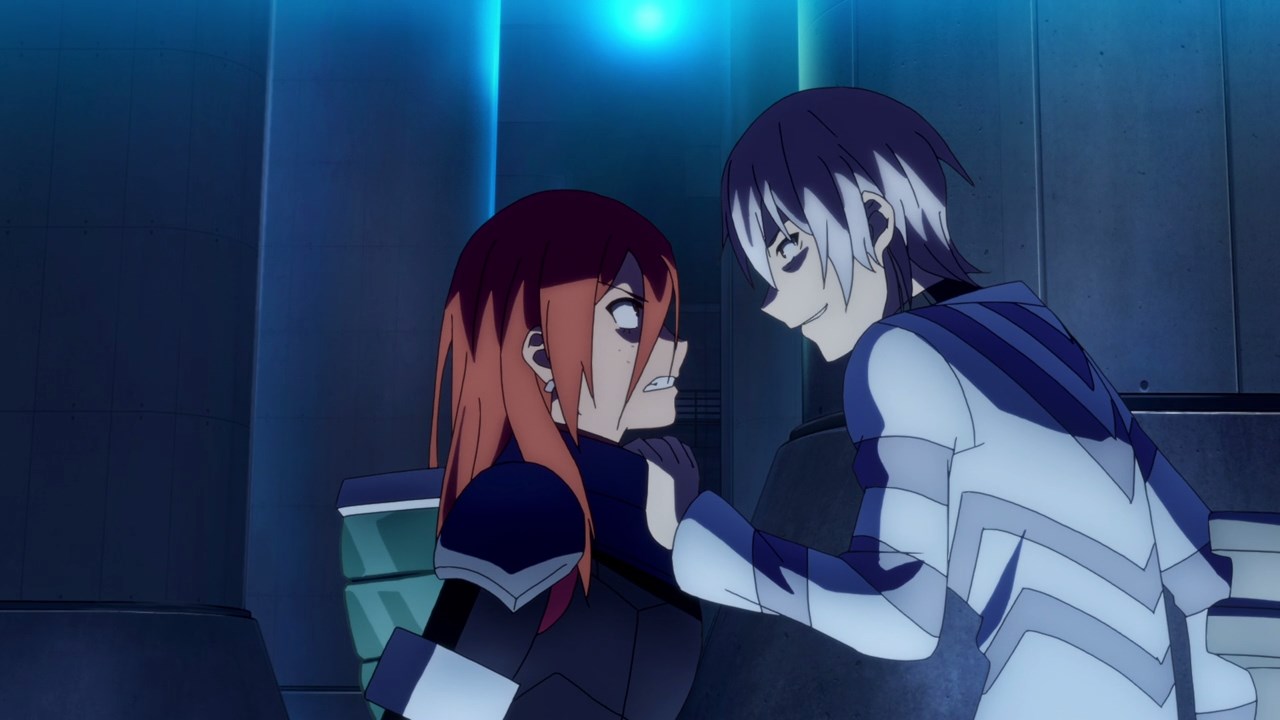 Unfortunately for Yoko, looks like Accelerator has managed to catch them. And really, he’s not gonna let them live… 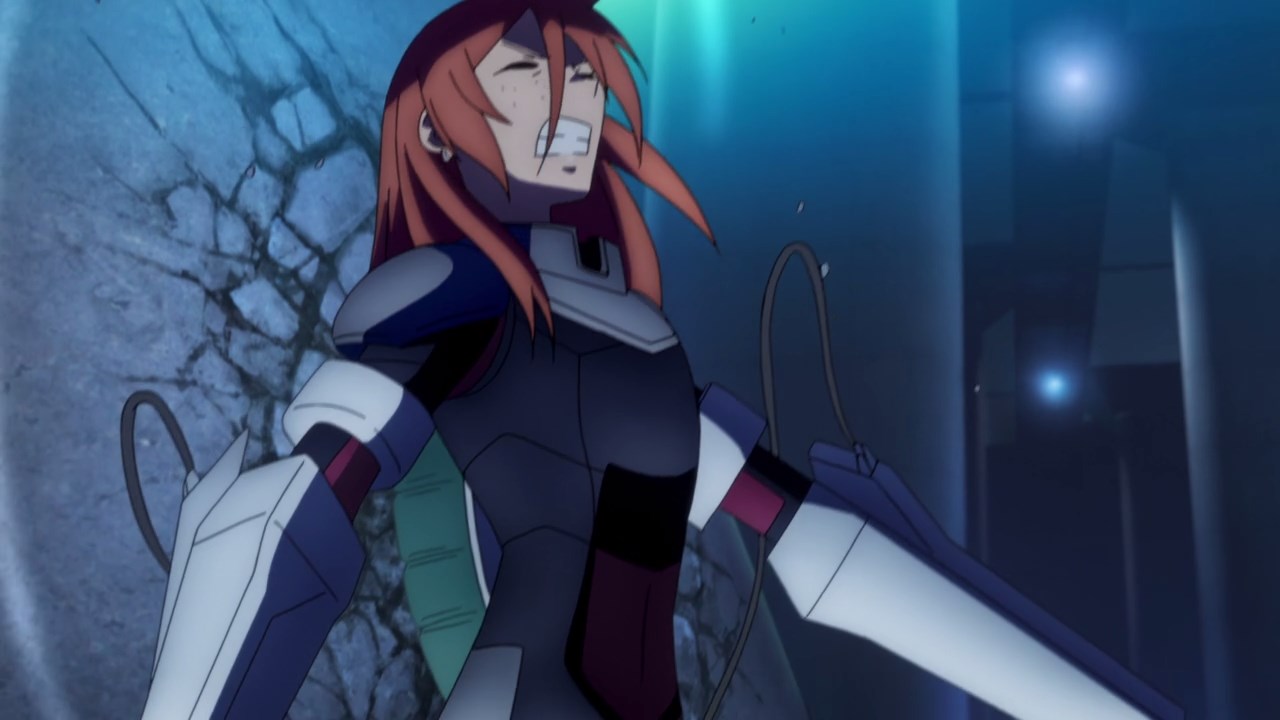 …as Accelerator sends Yoko Takata flying towards the pillar. But wait, Yoko has the weapon designed to kill Accelerator, which means that she’s won the battle right? 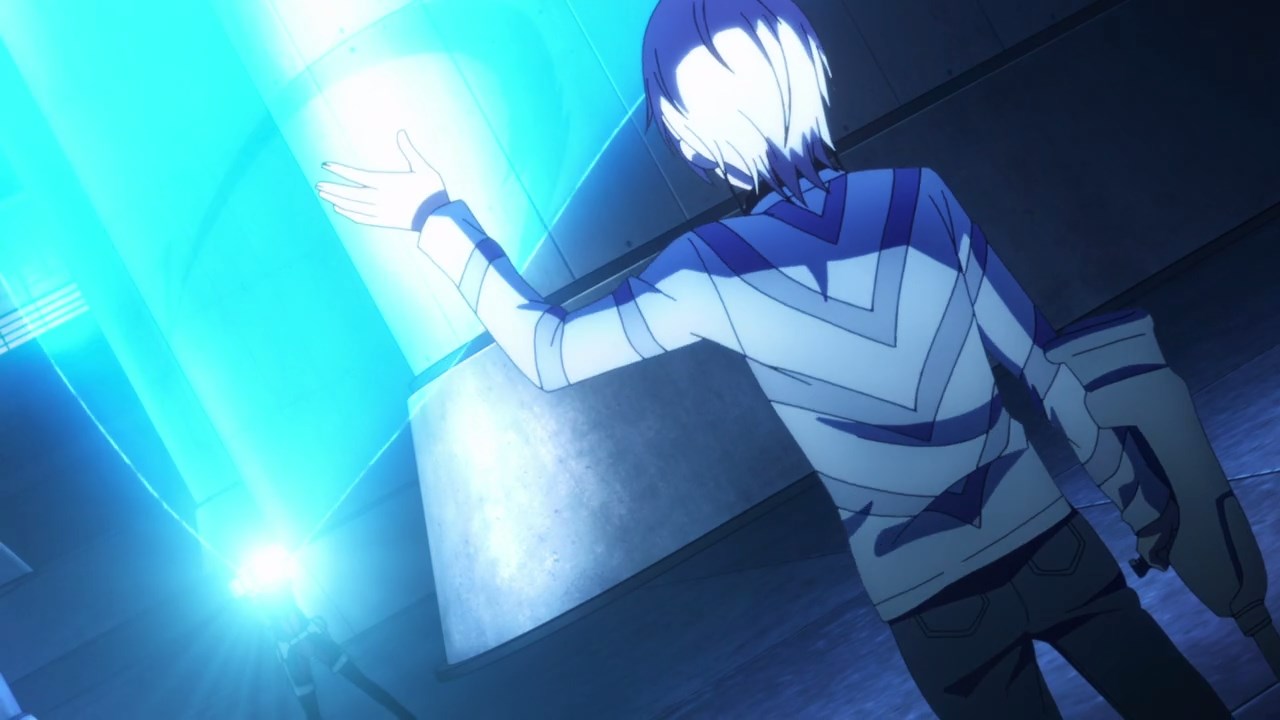 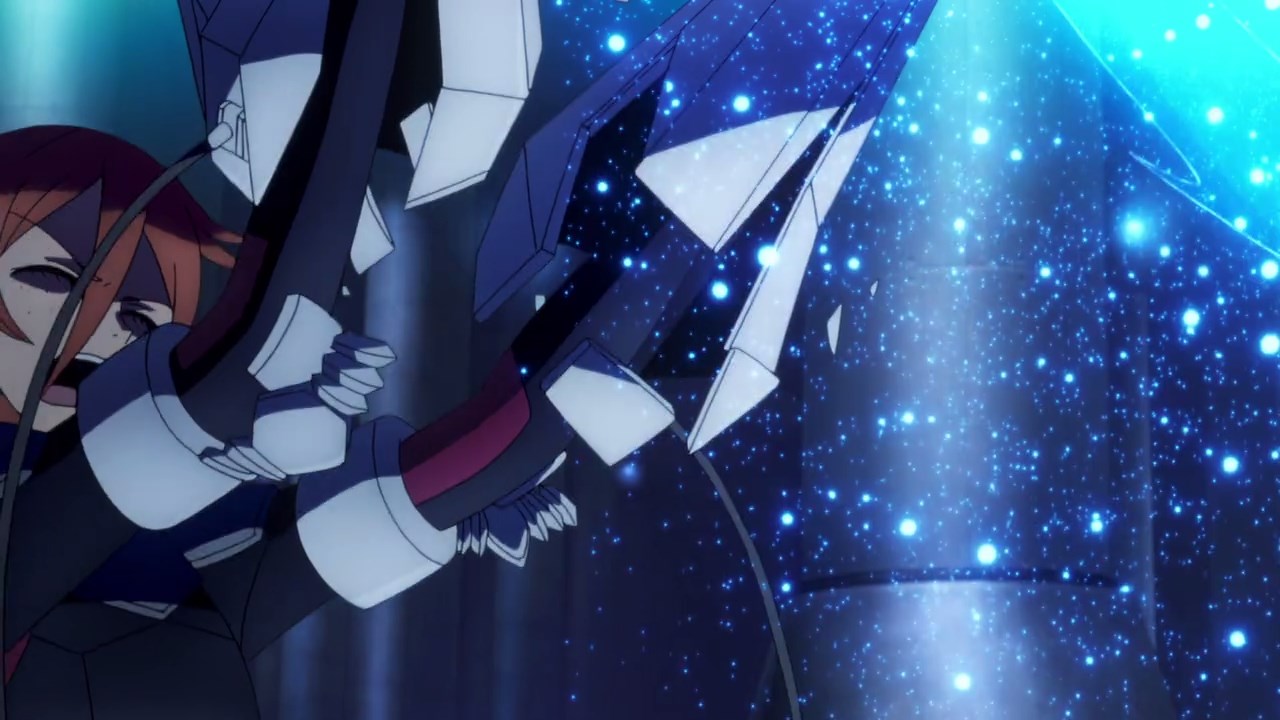 Um never mind, seems that Yoko’s secret weapon has no effect against Accelerator as he not only deflect it, but also destroy her weapon. So yeah, Accelerator is unstoppable! 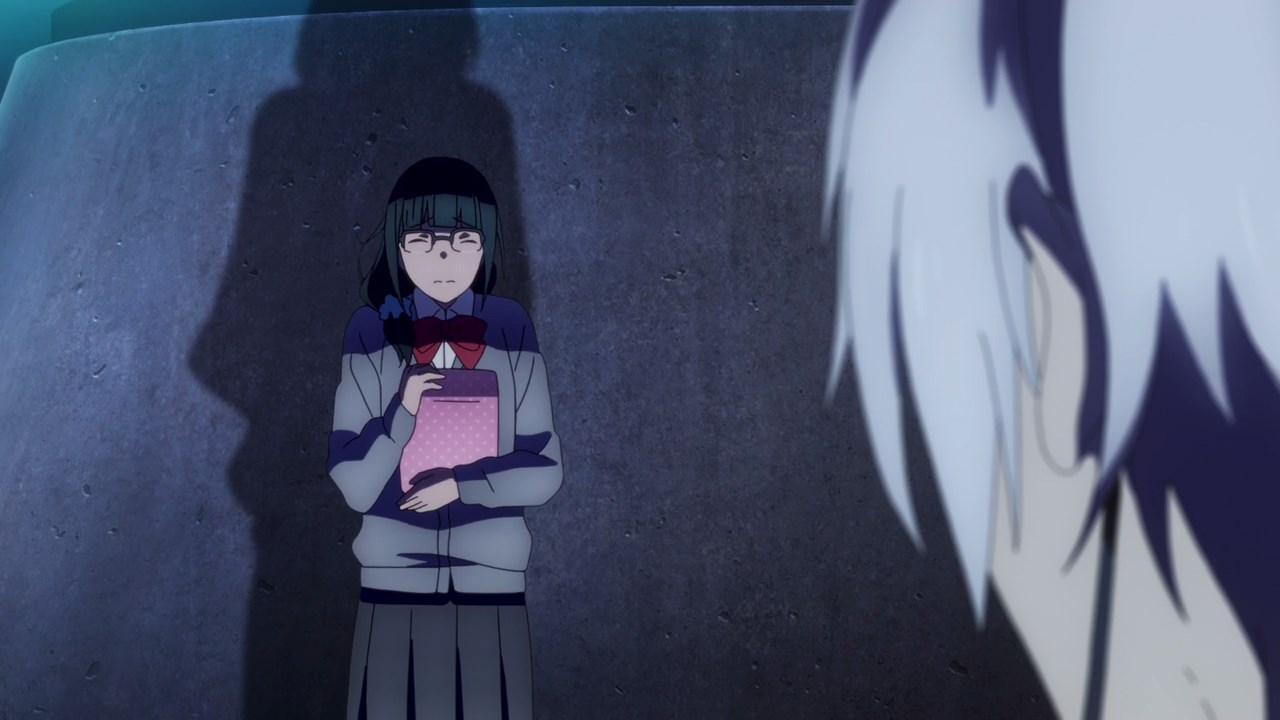 Oh and about Yoko’s weapon? It turns out that it shoots out highly-pressurized nitrogen. Of course, the limitations is that everyone who are exposed of nitrogen will be deprived of oxygen.

Thus, Accelerator deducted that Minori Kidera has the ability to manipulate oxygen so that she and her friends can still breathe while the area is surrounded in nitrogen. But even then, it’s nothing compared to Accelerator’s vector manipulation. 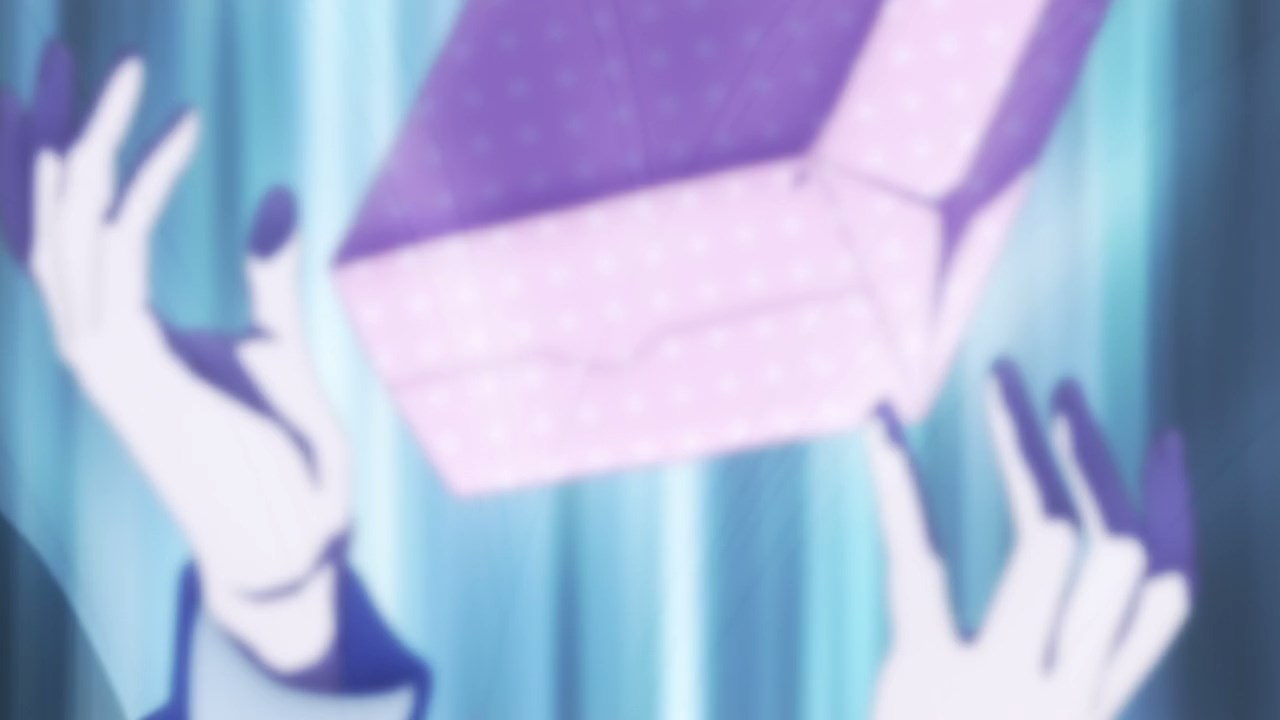 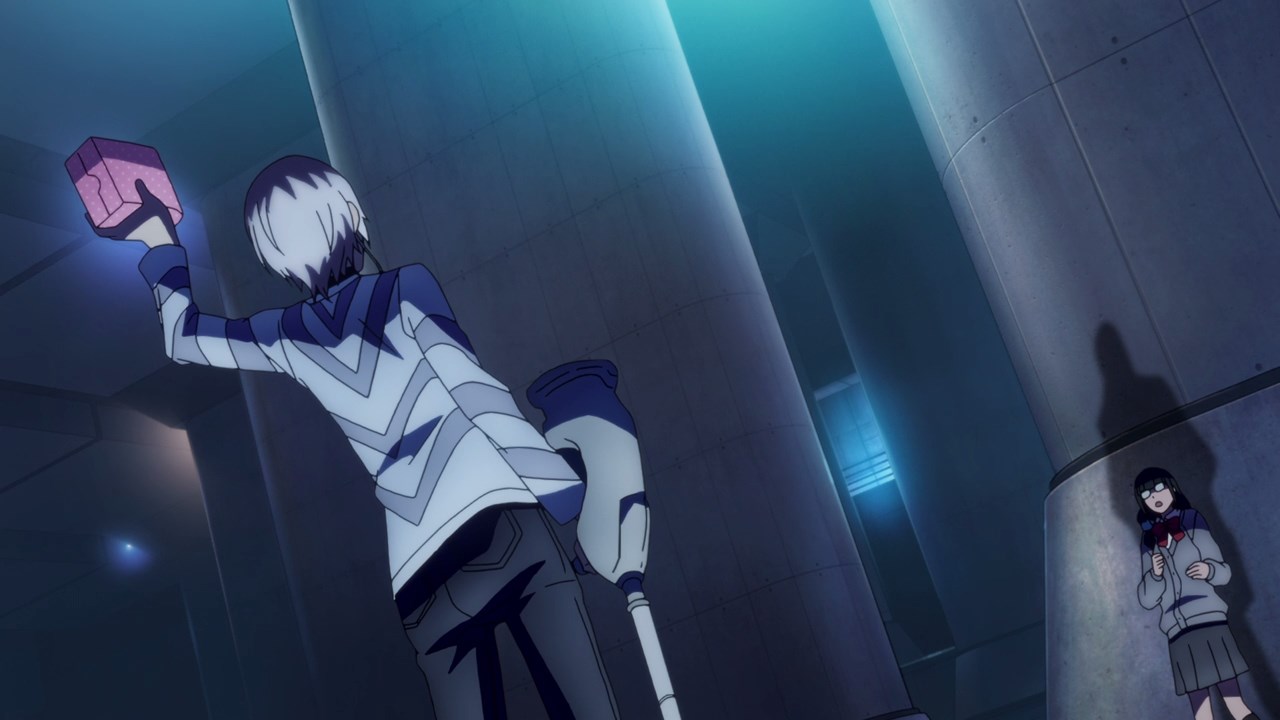 In any case, time for Accelerator to retrieve Last Order’s present while Anti-Skill will handle these punks. Well, this is a lesson to everybody that Accelerator can’t be messed with… unless he got punched by Touma Kamijou again. 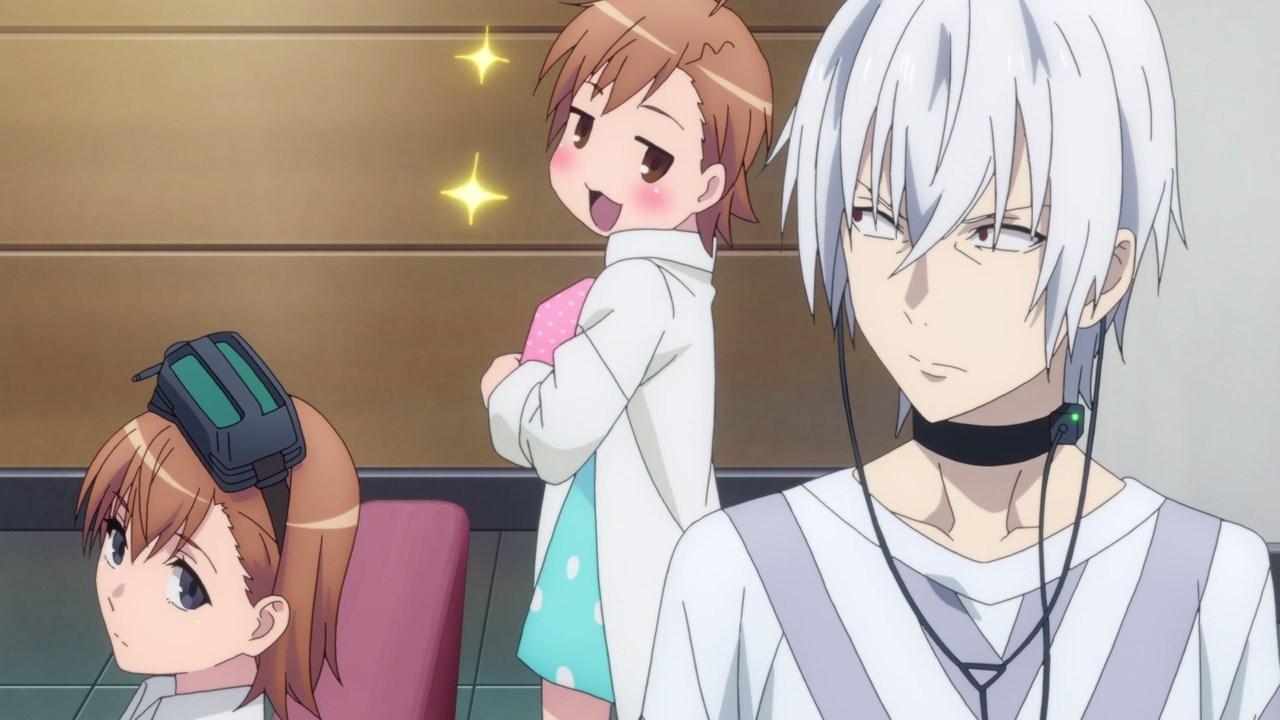 Speaking of Last Order, she wants to give something special to Accelerator since he’ll be discharged soon. Hence, Last Order made a gift to him, but I wanna see what’s inside… 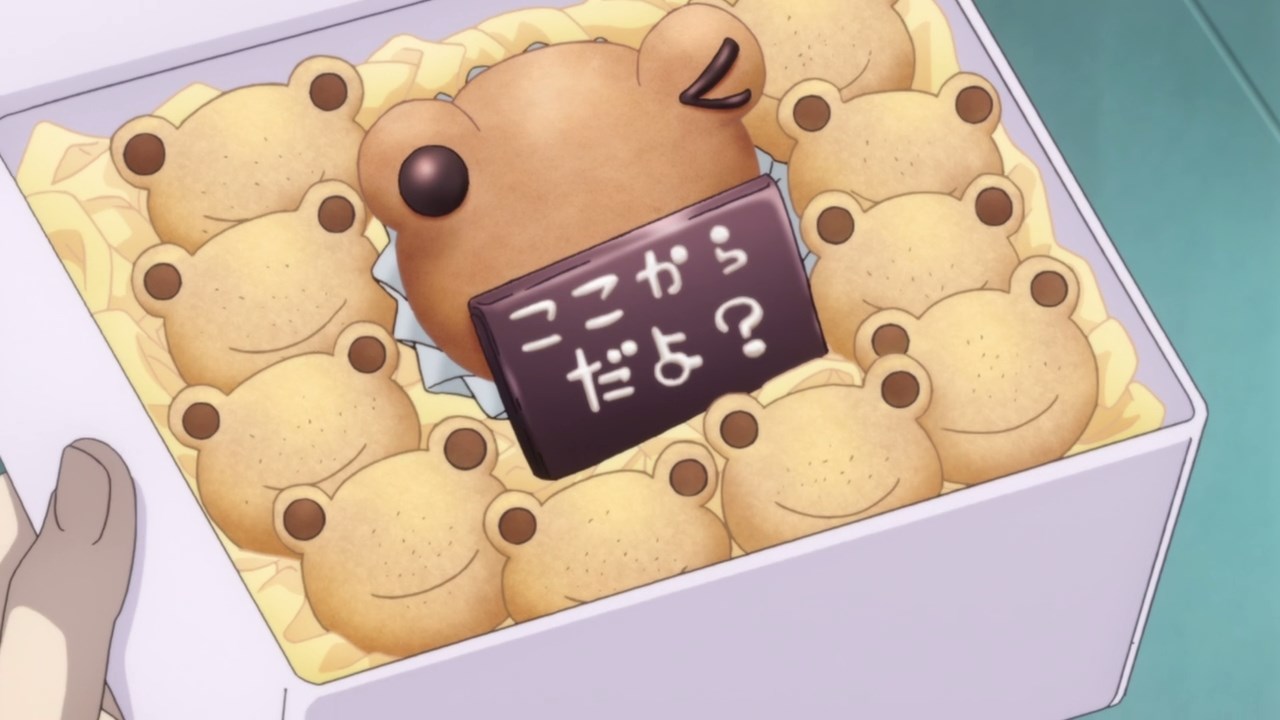 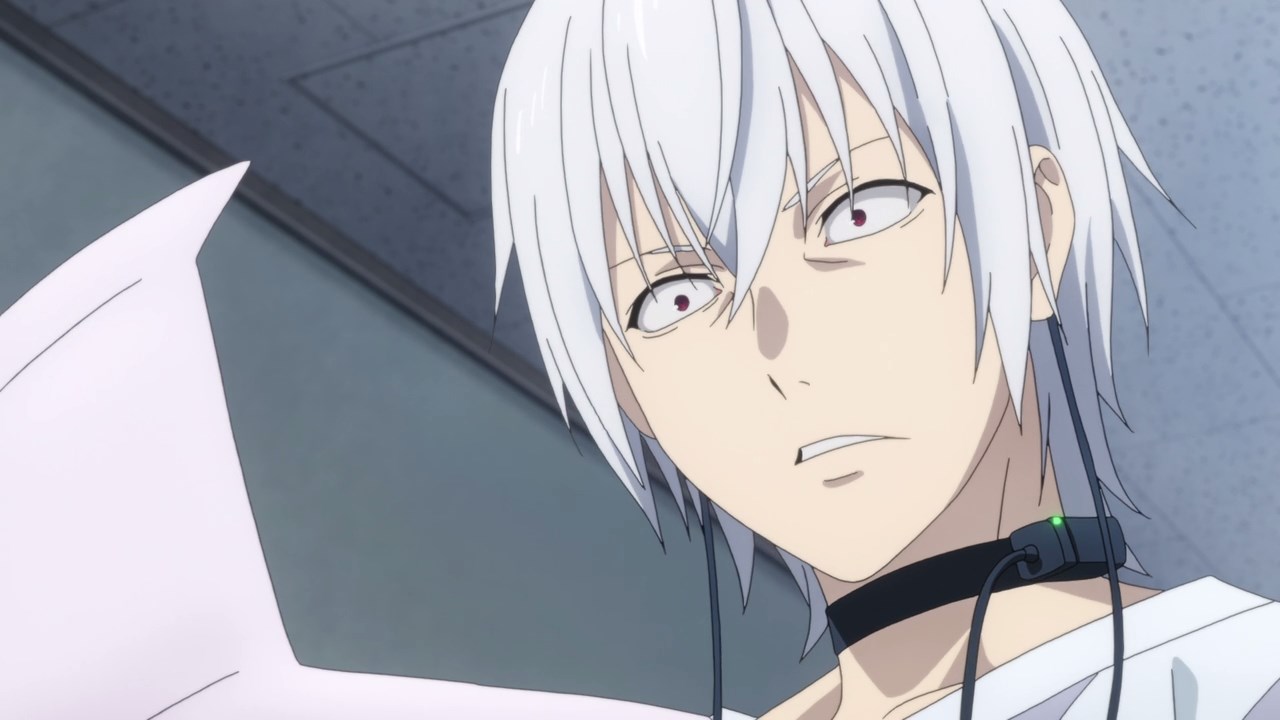 Turns out, Last Order made some pastries for Accelerator to eat. Aww, isn’t it sweet?

Well then, I must say that To Aru Kagaku no Accelerator got me hooked as this is one interesting spin-off to the To Aru-verse. Of course, I can’t wait for next week’s episode since Accelerator might encounter new enemies that are out for his blood… 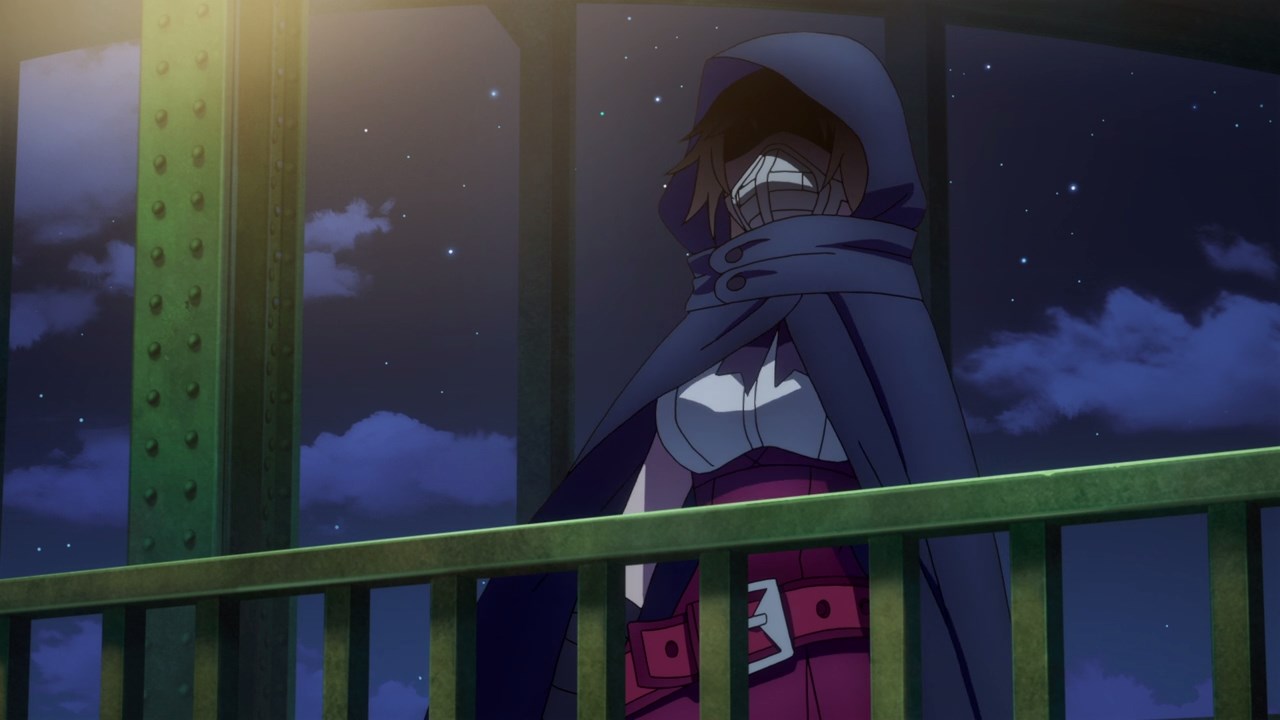 …including this mysterious character who’s planning to shut the MISAKA Network down. I hope Accelerator will stop this enemy!