We’re gonna continue from the first episode as Sayuki Tokihara stripped and begged Keiki Kiryu to make her as a slave. I mean, she offered him a leash! 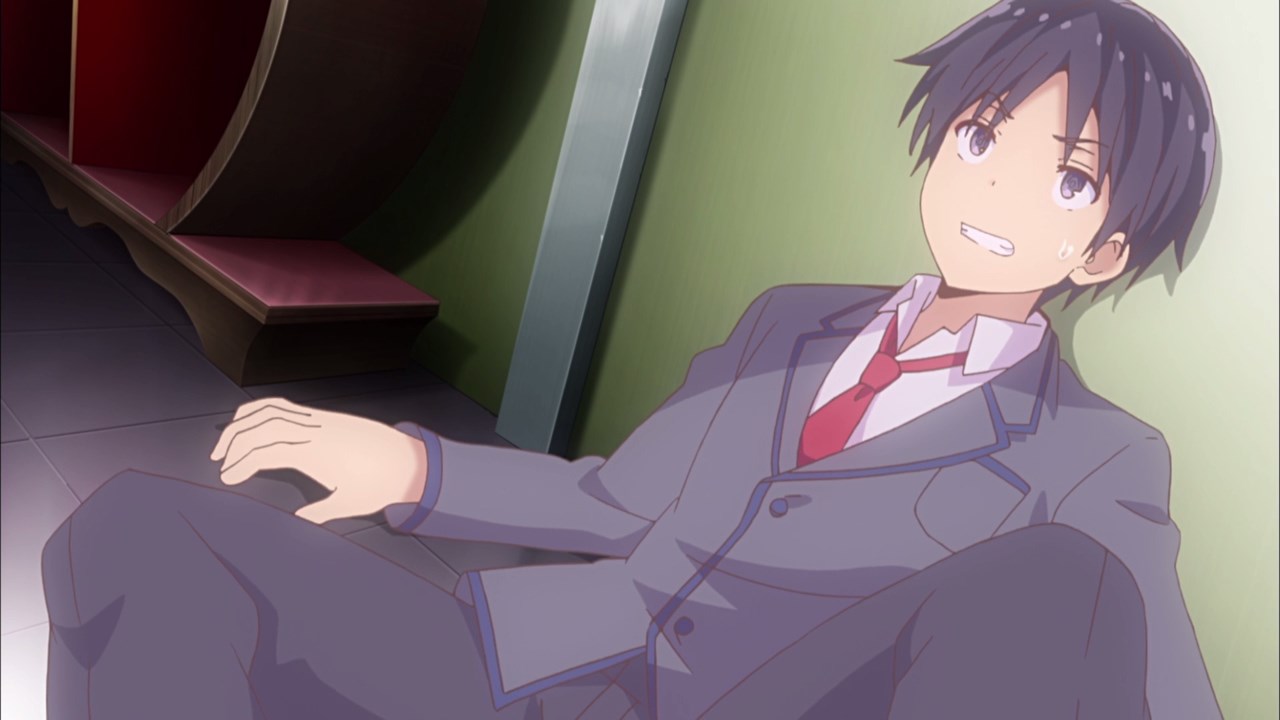 Of course, Keiki-kun will have to say no simply because he can’t just do naughty things to Sayuki-sempai. After all, the boys admired her beauty and they persecute Kiryu for getting close to their idol. 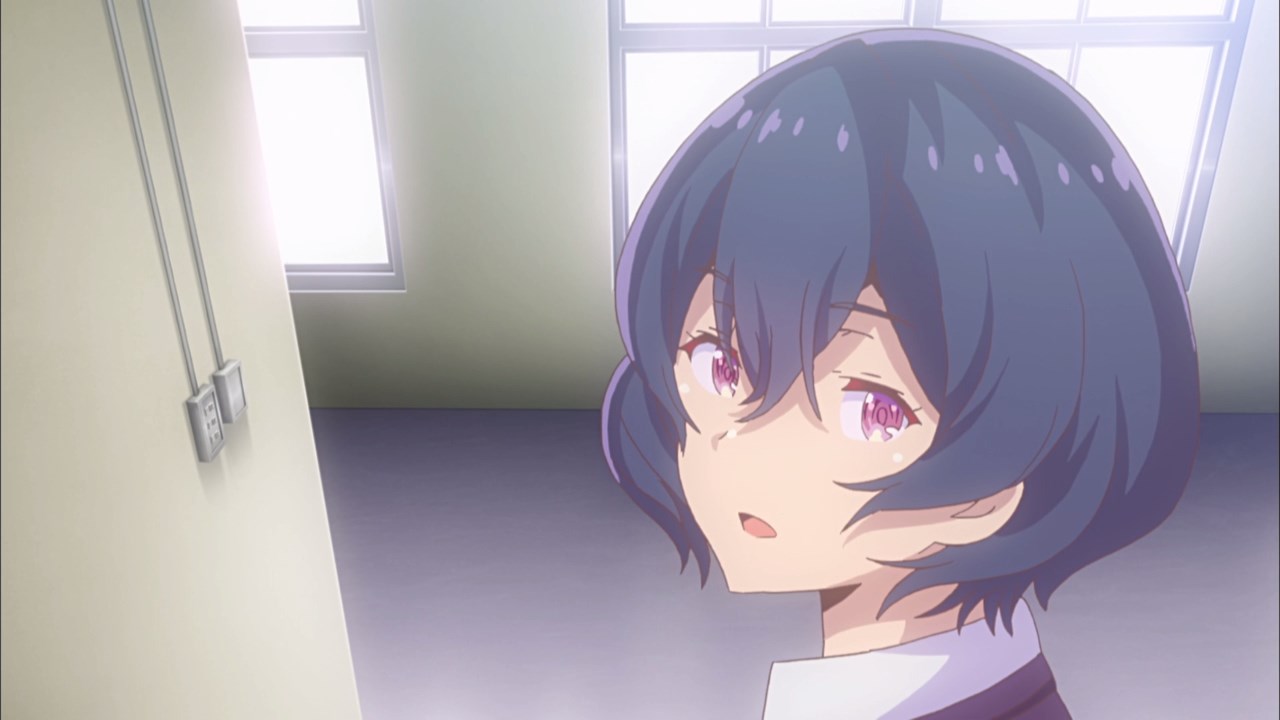 By the way, I forgot to tell you that Keiki-kun, Sayuki-sempai and others clean-up the club room. Of course, it was that time where the love letter and panties was placed there after they finished cleaning-up.

Hmm, looks like the plot thickens in regards to the Cinderella who left her panties. 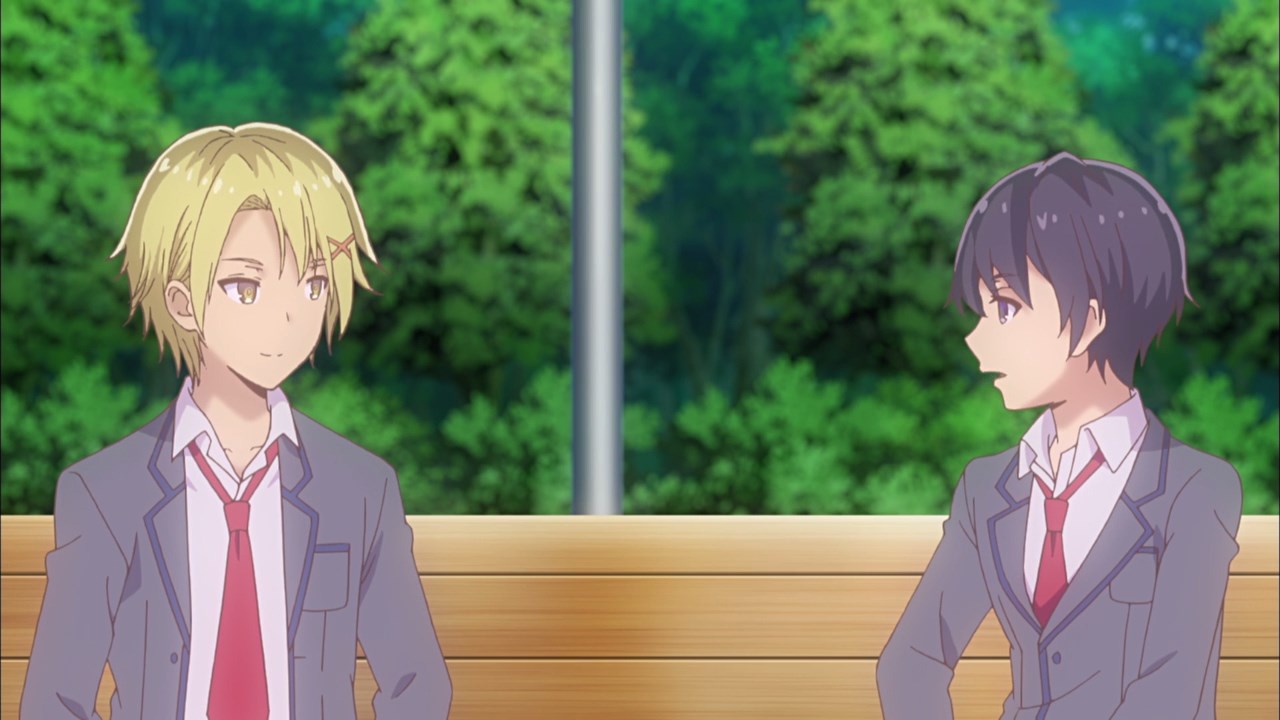 Anyways, Keiki Kiryu asked Shoma Akiyama for assistance and he came up with a theory regarding the mysterious Cinderella. Let’s hope that Shoma’s words are helpful and also, he prefers lolis. 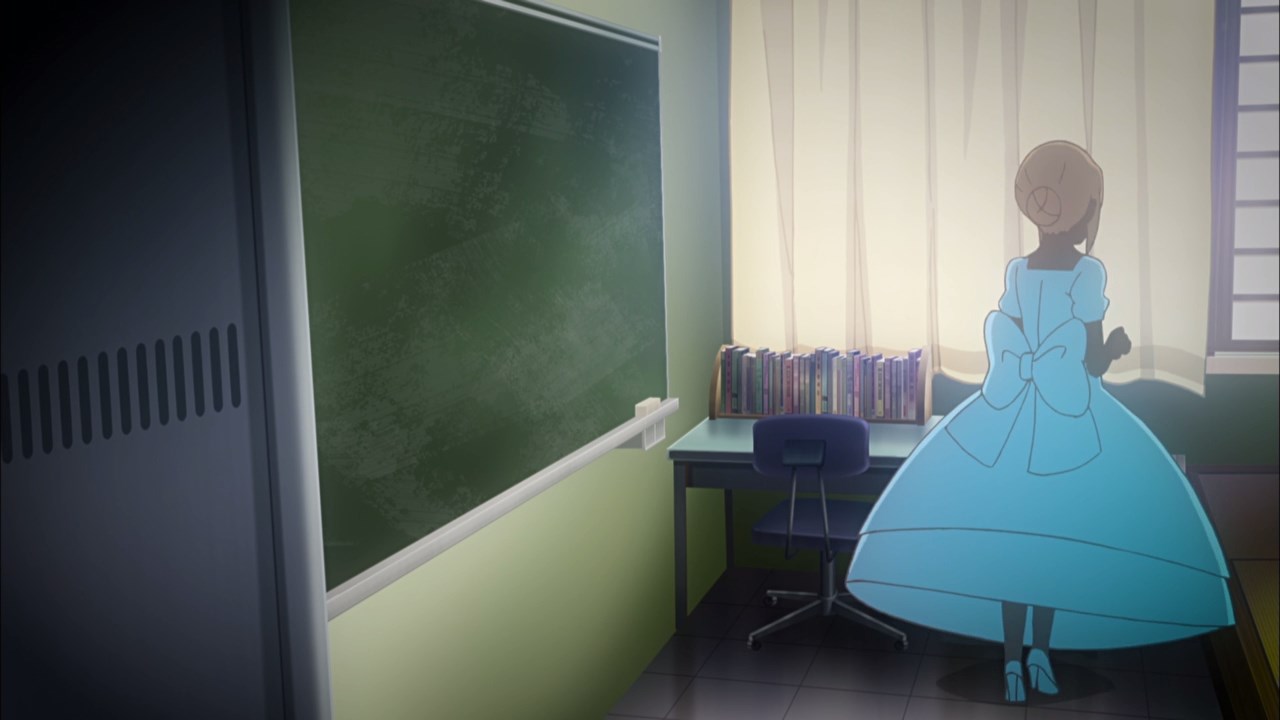 Now then, Akiyama speculated that the girl went back to the club room, place the love letter and the panties at the desk, and then hide inside the locker in a hurry when Kiryu returned to the club room.

Once Keiki-kun took the panties and left the room with the door locked, the girl unlocks the door from the inside and left. Thus, Okita-sensei told Kiryu that the club room left open. Good speculation there from Shoma Akiyama. 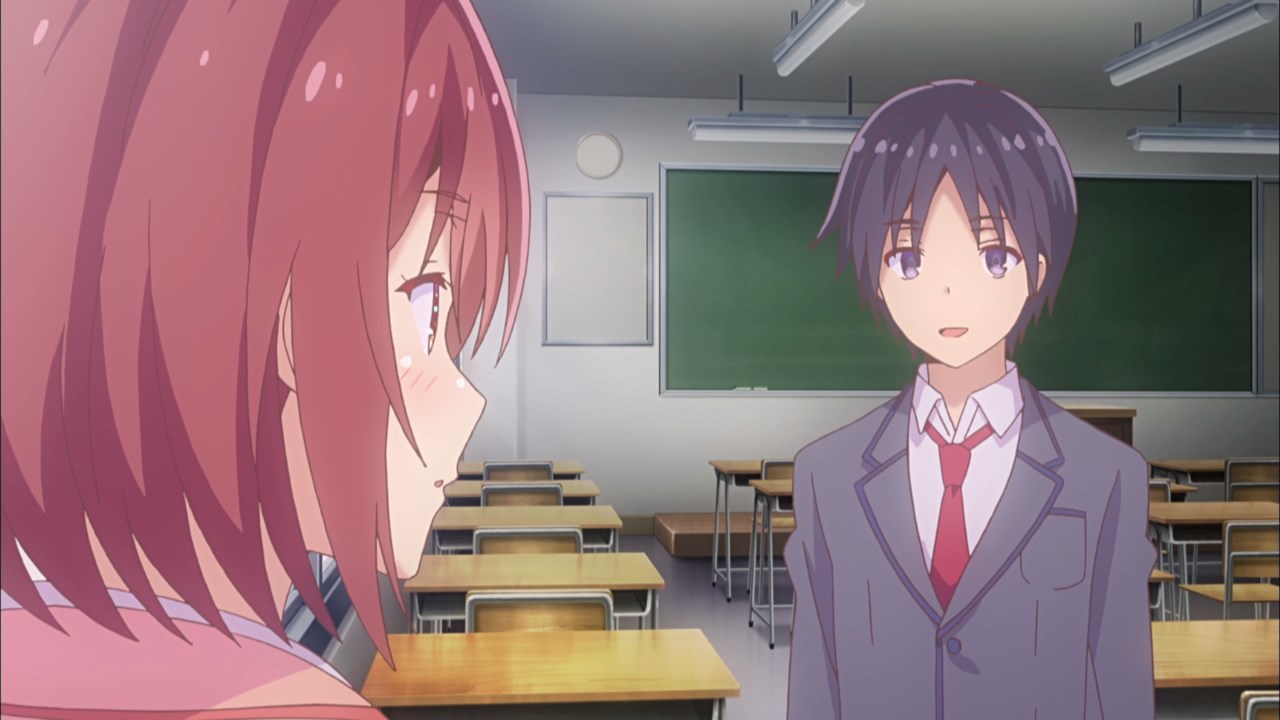 Let’s move onto the next scene where Keiki Kiryu talked to Mao Nanjou as normal. I mean, they’re just chatting casually. 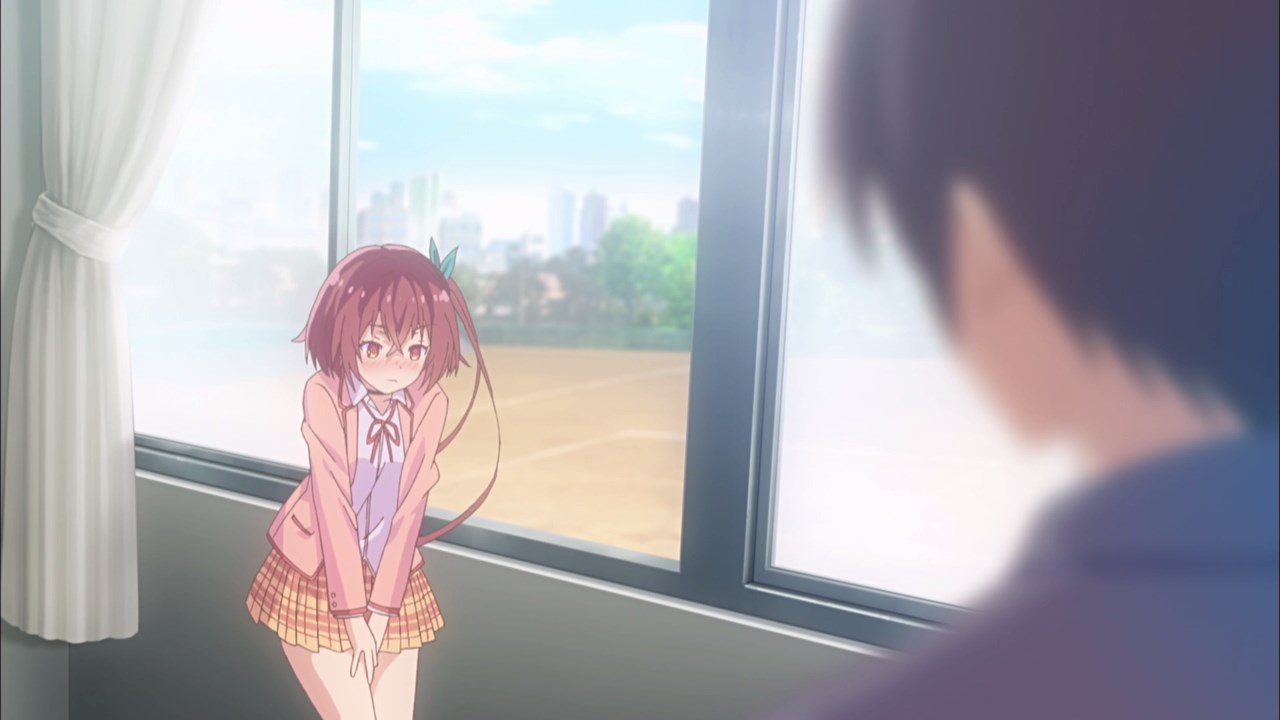 That’s until Keiki noticed something that Mao covered her skirt when the wind blows from the window. Hm, I smell something fishy going on here… Does Nanjou wearing panties? 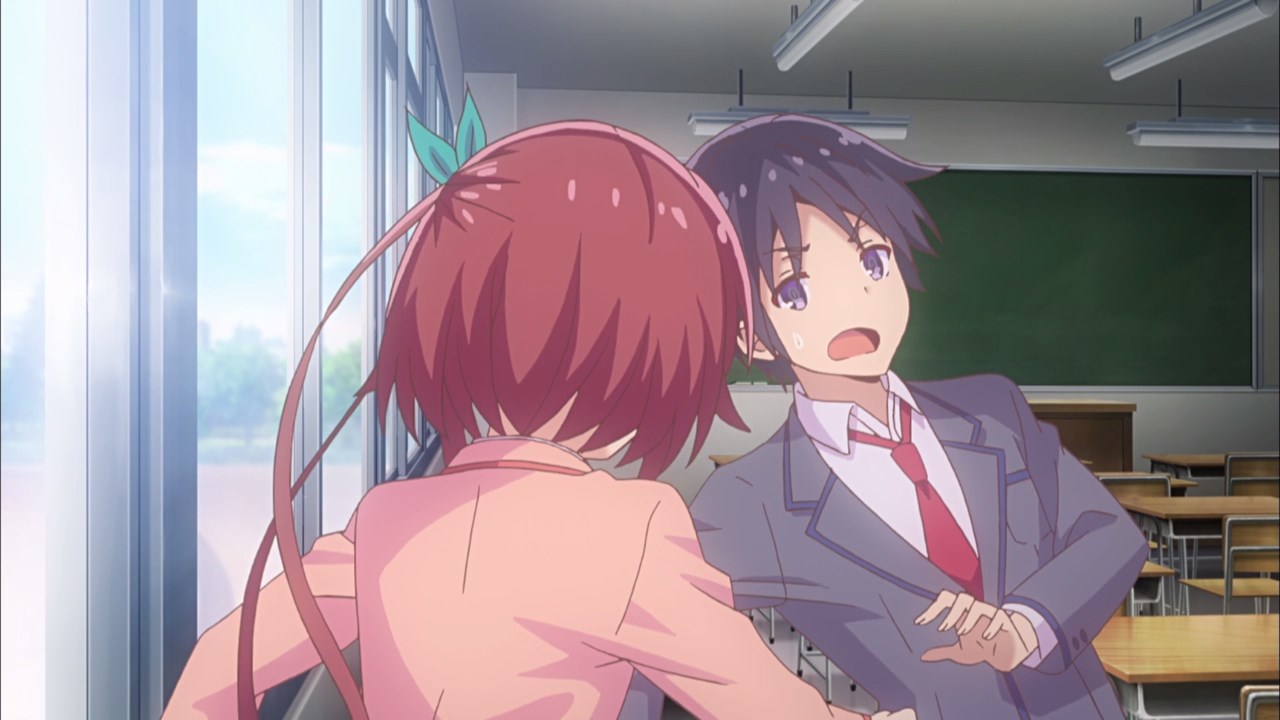 Uh never mind, Mao Nanjou denies of not wearing panties that she pinched Keiki-kun just to forget all about it. Then again, I’m still keeping an eye on her! 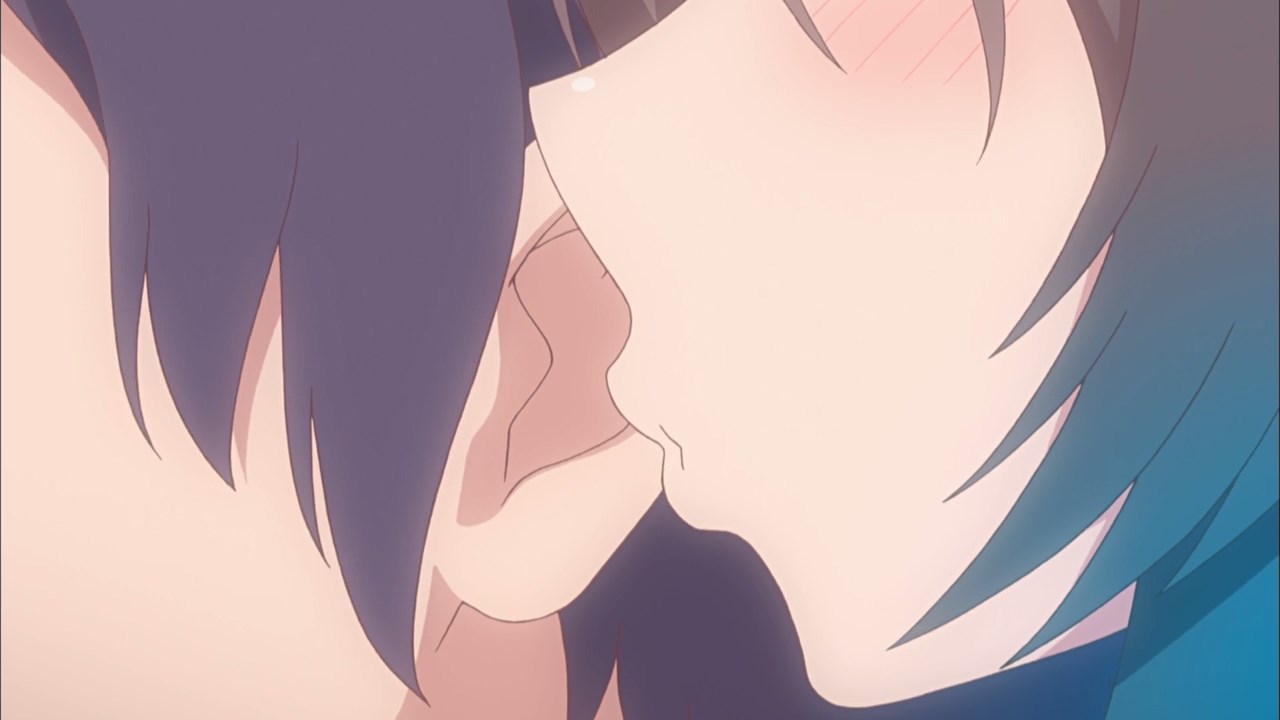 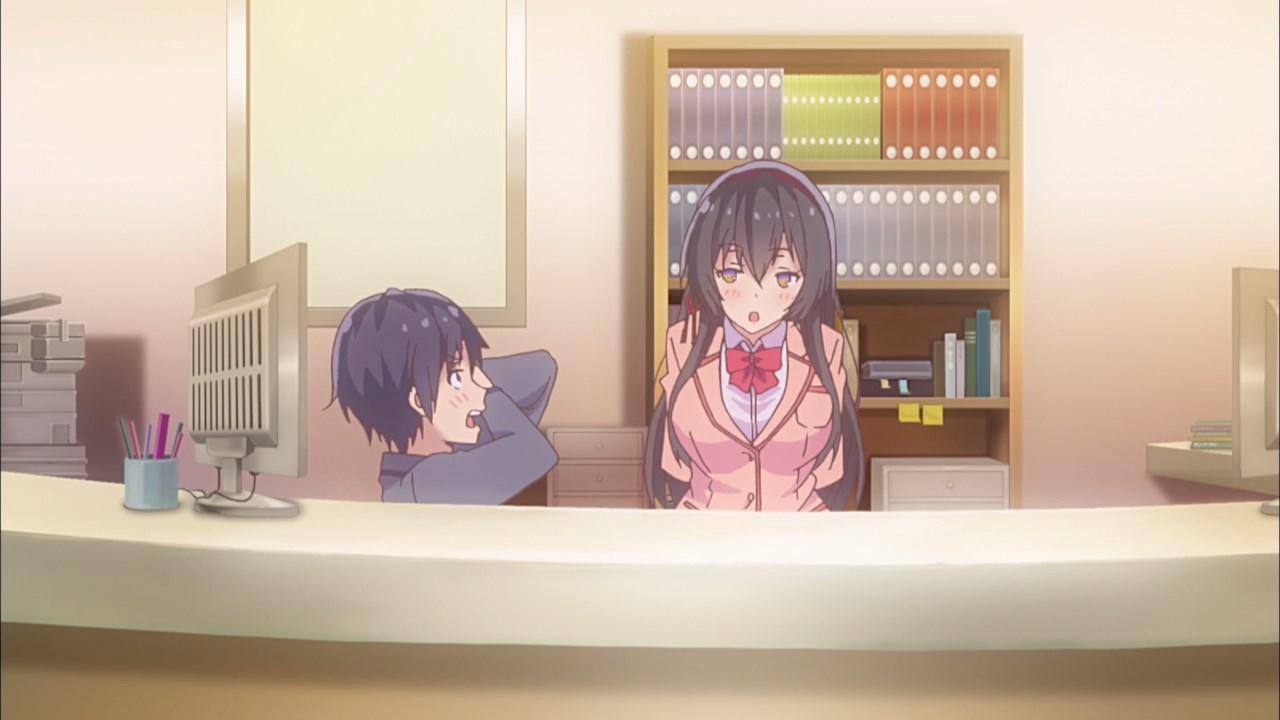 Moving back to Sayuki Tokihara where she still insists of becoming a slave to Keiki Kiryu even though he won’t do it. Um Sayuki-sempai, this is a library and Keiki-kun is busy right now. 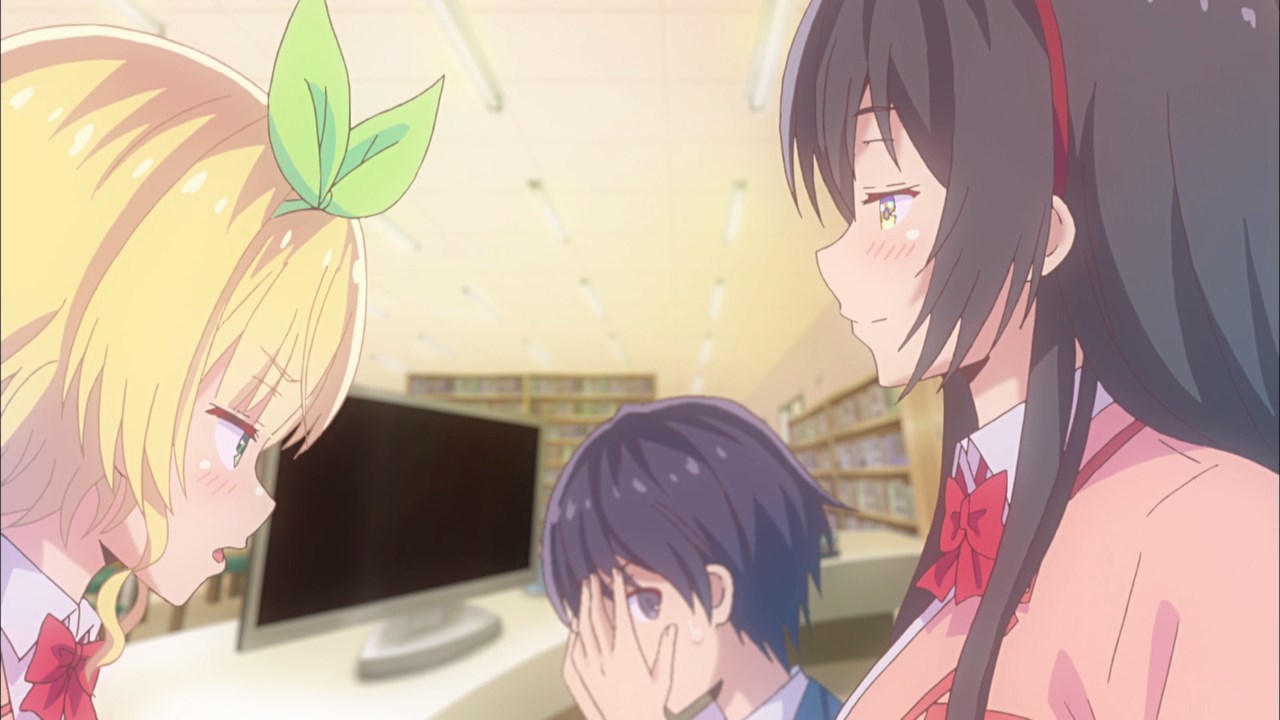 Also, Yuika Koga is here to back Sayuki Tokihara off as her presence (and her large tits) is bothering Keiki-kun. C’mon, Yuika despise big-breasted girls after all!

Oh yeah, Sayuki-sempai claimed that she had a date with Keiki-kun, which Yuika got even more angry that she wants Keiki to date her on Sunday. Looks like Tokihara pushed Koga towards the edge, but how will Kiryu do now that he got invited to a date? 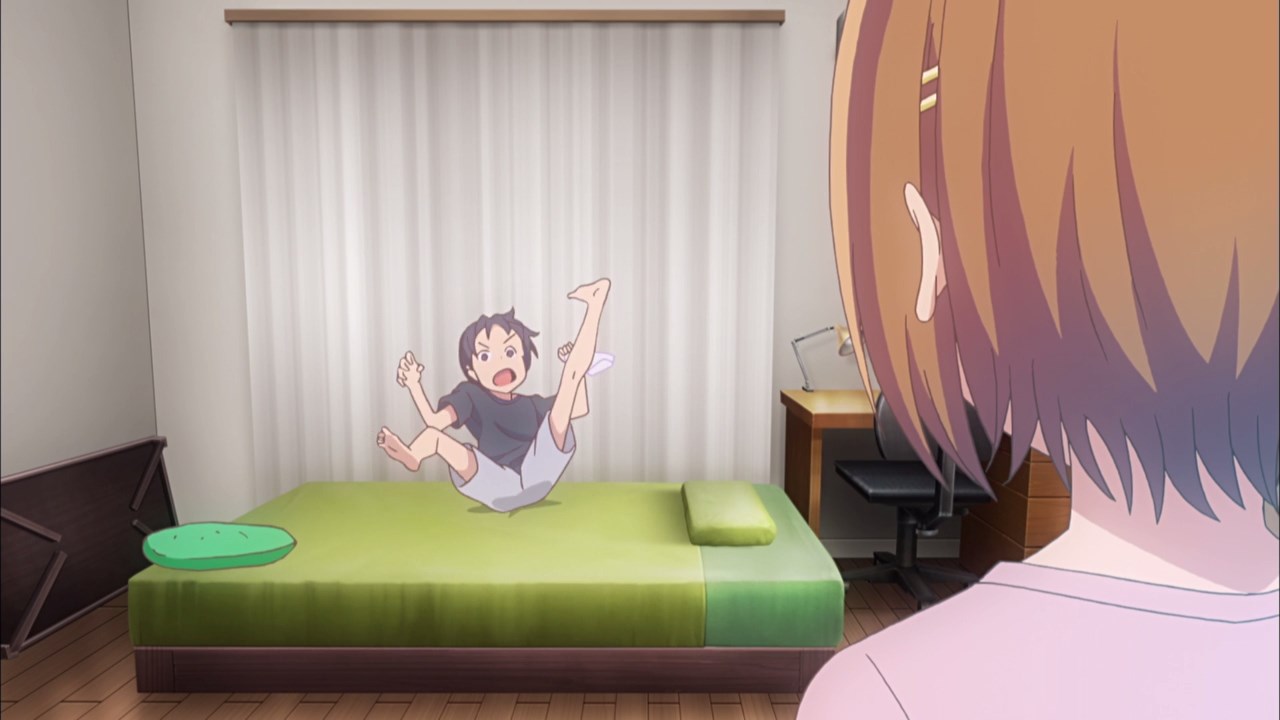 Fortunately, Keiki got a sister that’ll help him. But first, he needs to hide that panties or she’ll disown him for being a pervert. 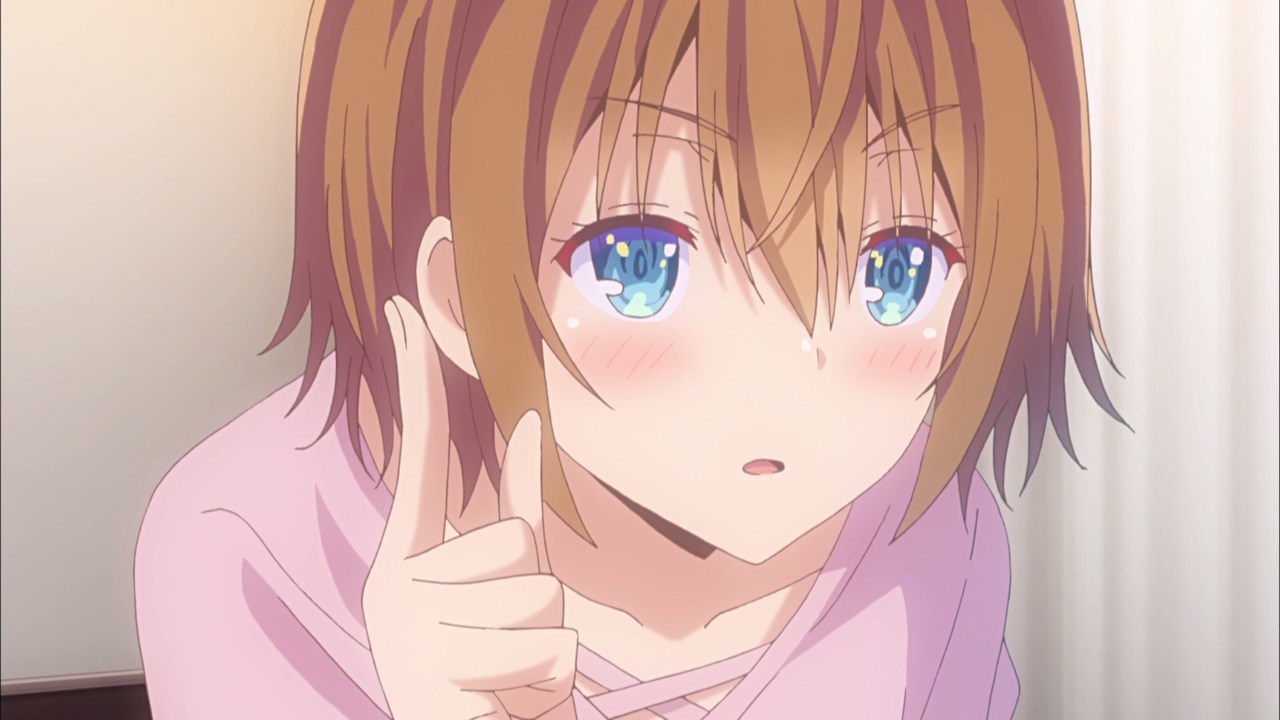 This is Keiki’s little sister named Mizuha Kiryu, and she’s here to give her brother some tips of getting a successful date. Oh yeah, and forgot to tell you that Mizuha is one hell of a brocon… or so I think! 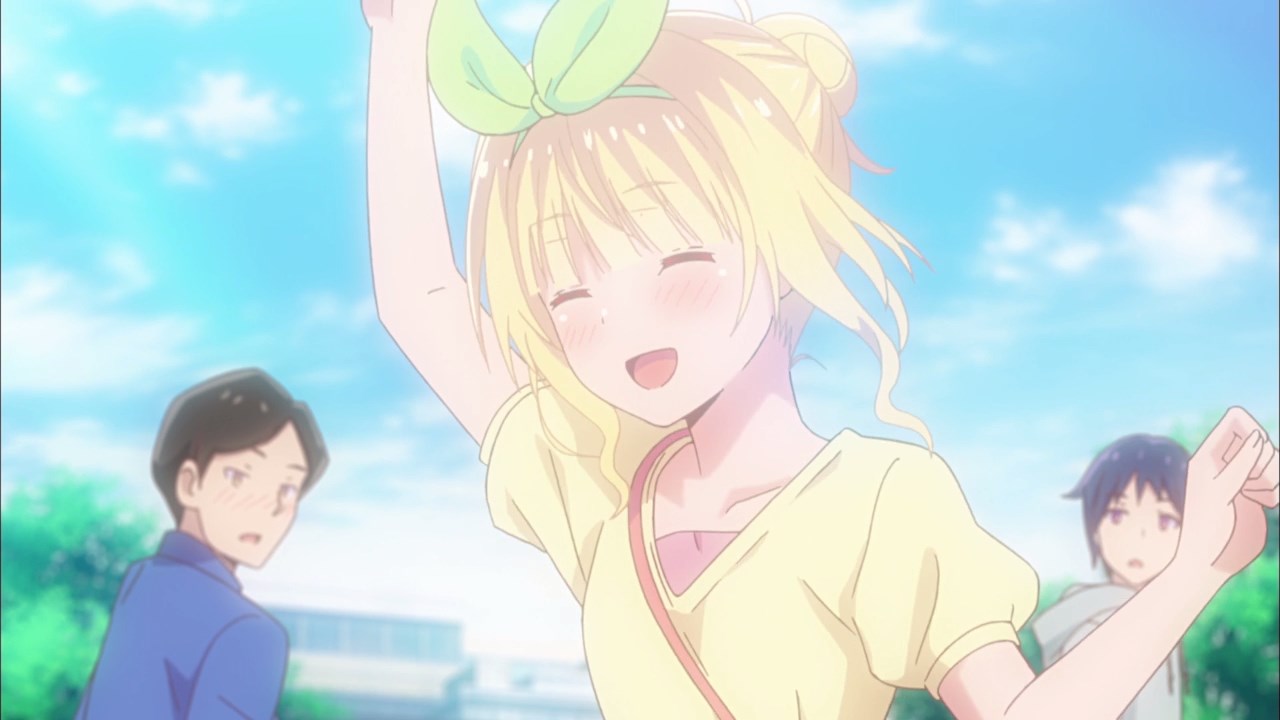 Anyways, Sunday has arrived and Yuika Koga is here for a date with Keiki Kiryu. Wow, she looked so cute! 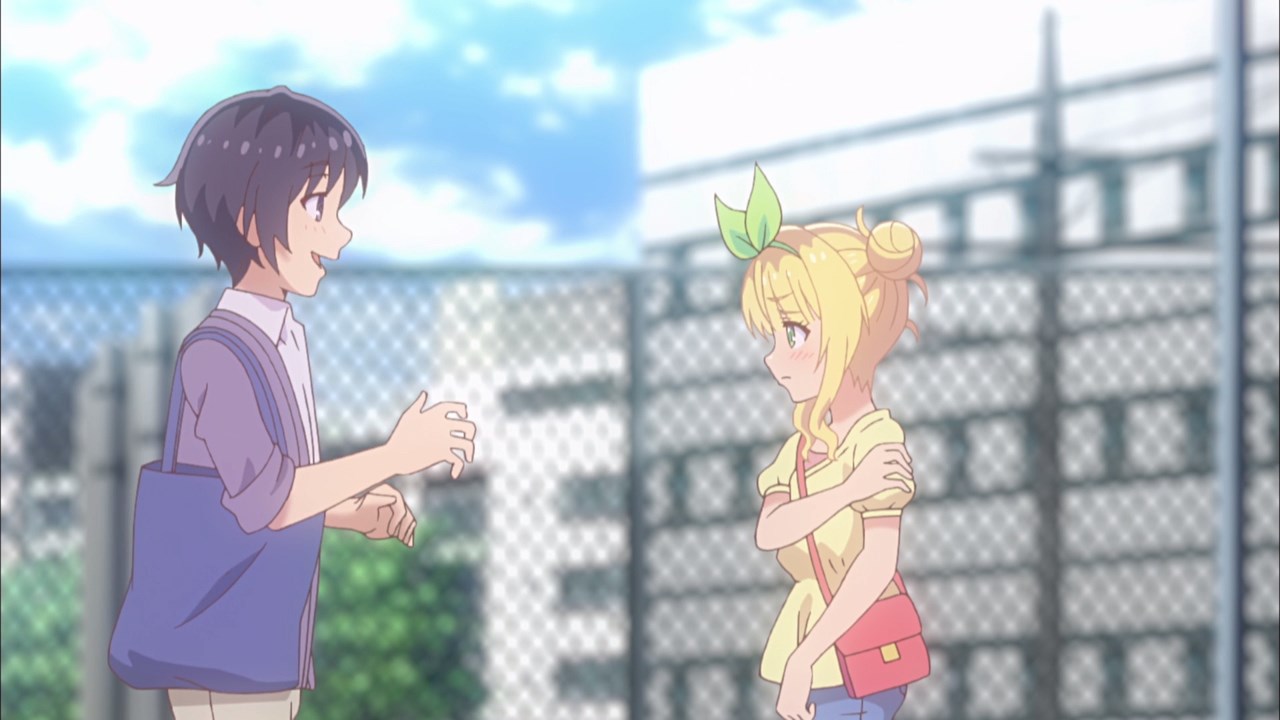 Of course, Keiki-kun needs to compliment her choice of clothes and make-up ’cause making a good impression is important. Otherwise, their date might turn for the worse. 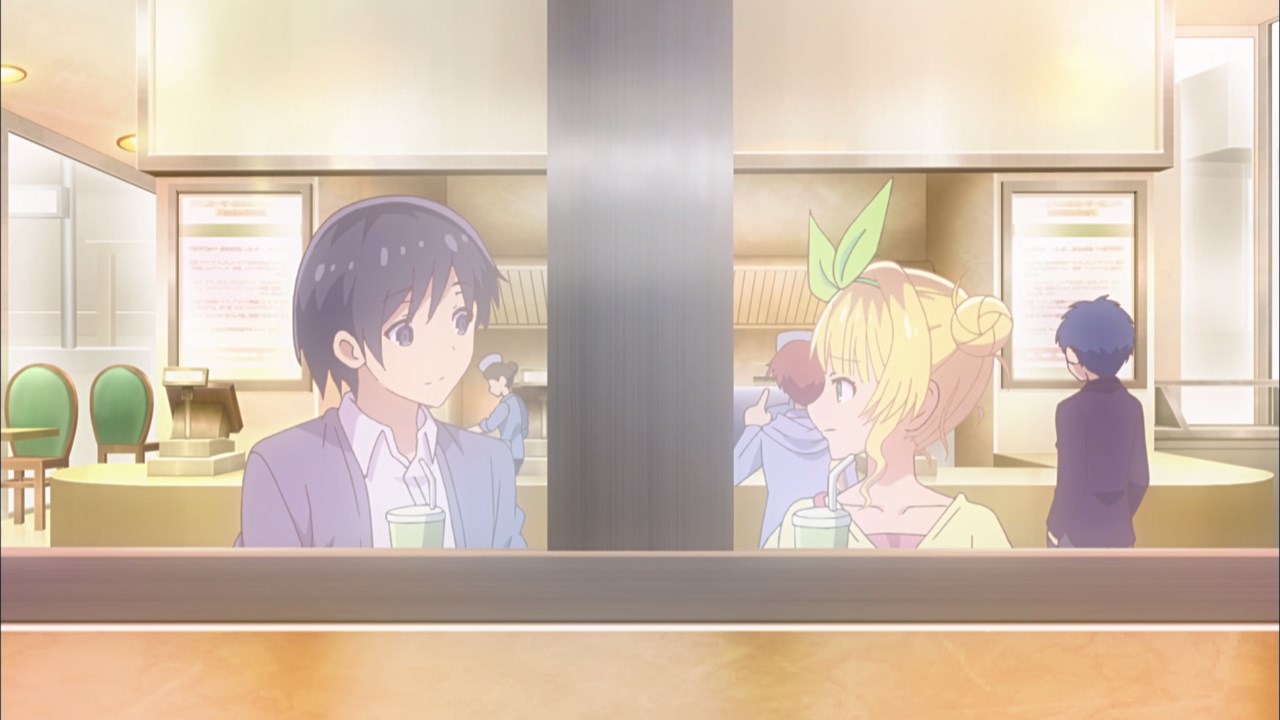 But hey, it went smoothly thanks to Mizuha’s advice for Keiki-kun. Now, they’re just casually talking about what happened during their date. 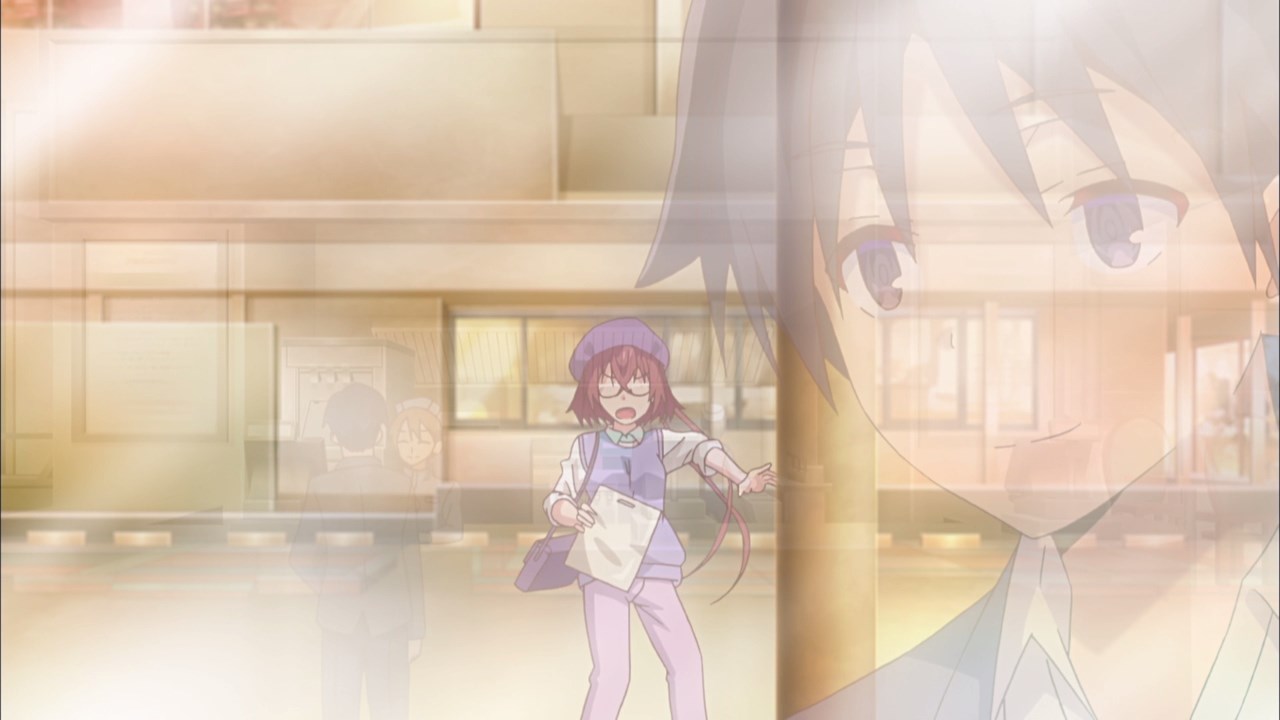 On the other hand, seems that this girl in shades was surprised to see Keiki-kun. Come to think of it, she resembled Mao Nanjou…

Wait, that’s Nanjou and what is she doing inside the mall? Seriously, now I’m getting suspicious towards her! 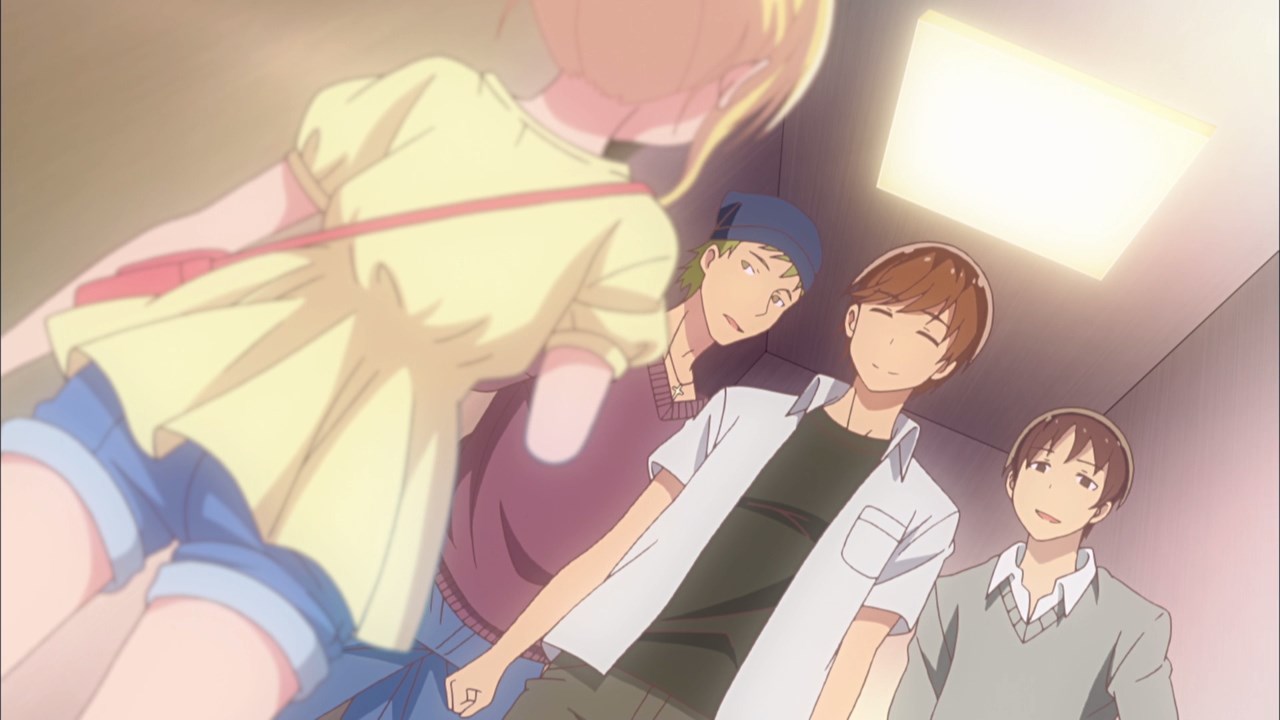 Meanwhile, some guys are trying to hit on Yuika Koga because she’s cute as heck. Then again, I think these guys will go to jail if they assaulted this loli. 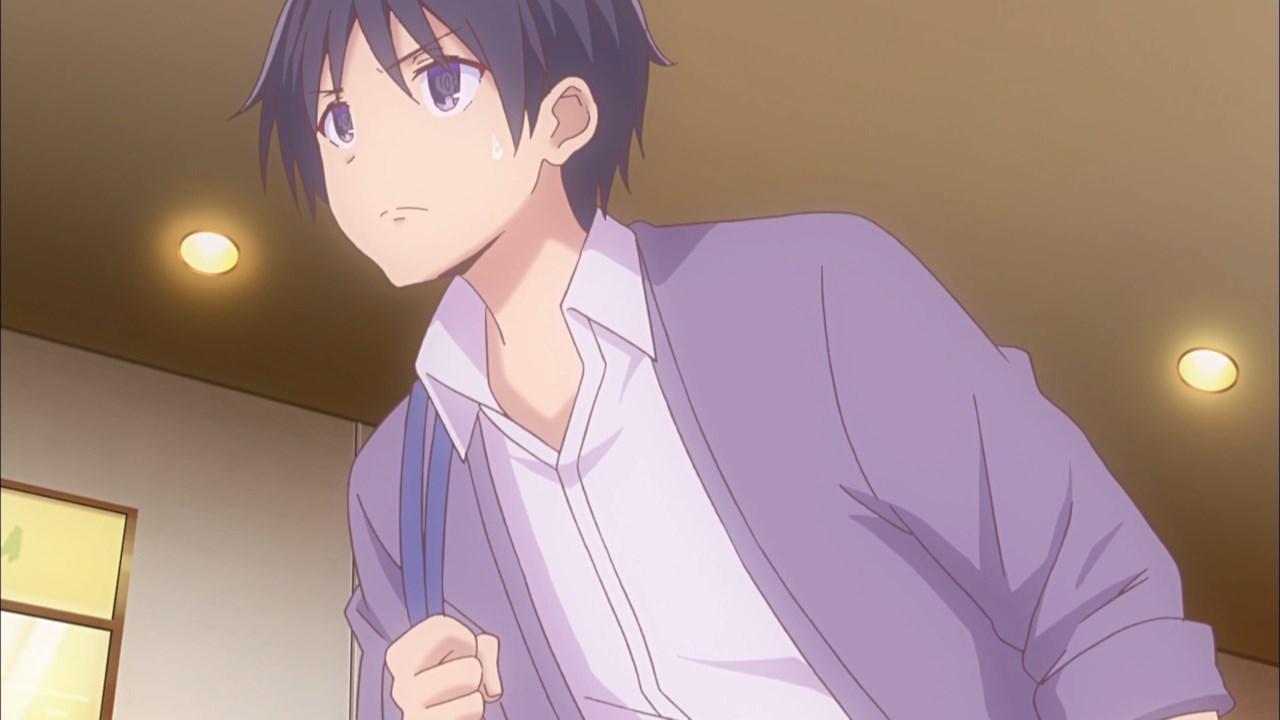 And here’s Keiki Kiryu in which he saw Yuika getting surrounded by shady men. You know what, time for Keiki-kun to do the manliest thing… 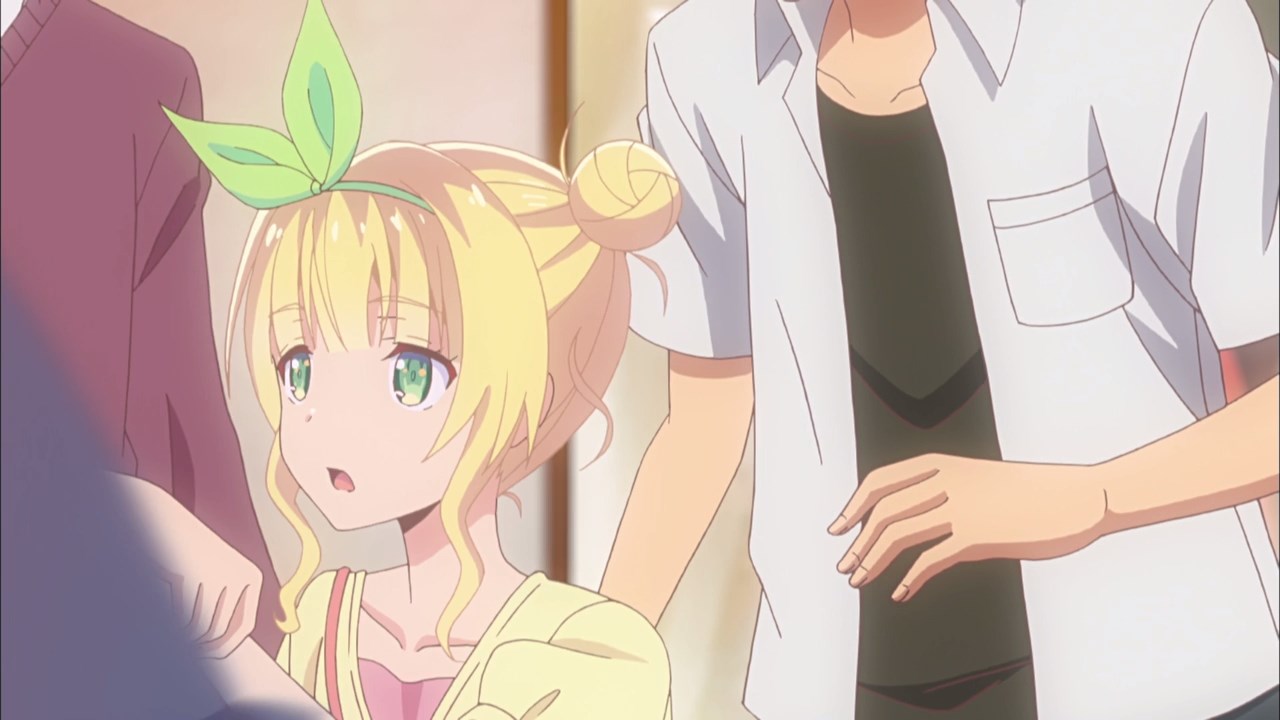 …by taking Yuika away from these guys and run away as fast as possible. Well, it’s better than getting his ass kicked! 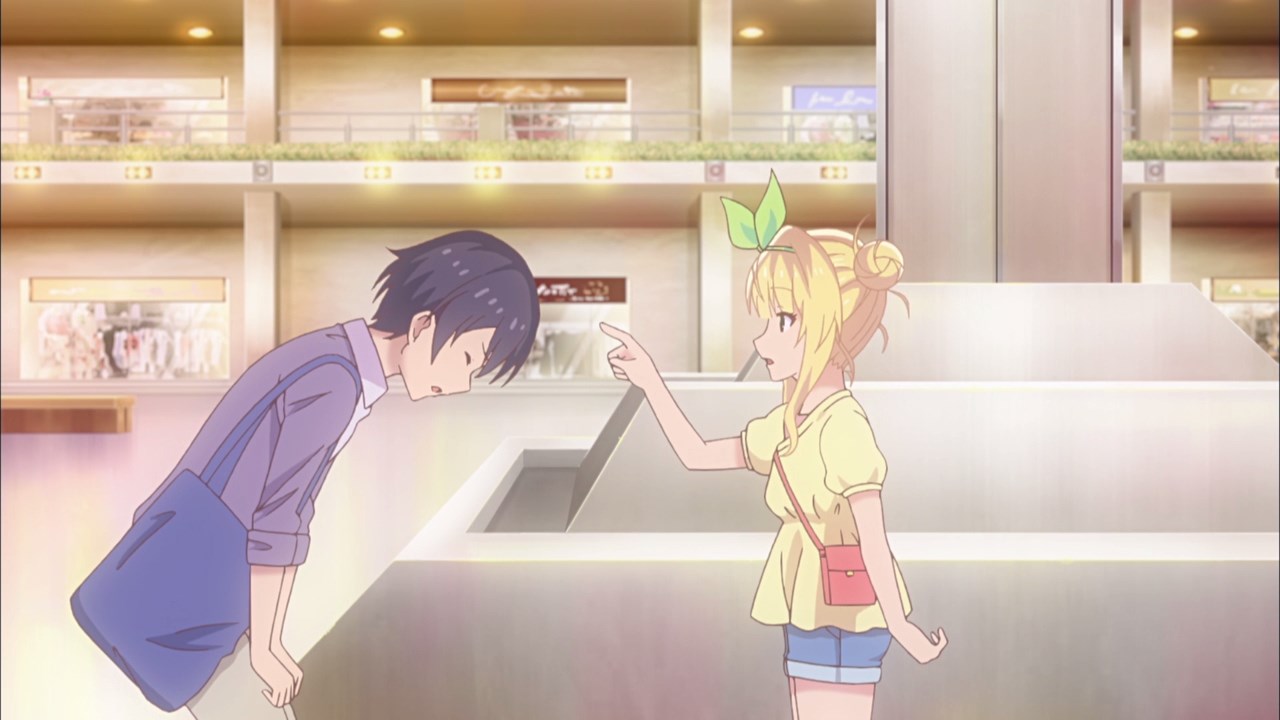 In any case, what a crazy date that they have as it’s time for Keiki and Yuika to call it a day and head home. C’mon, they can’t stay much longer or their parents might get worried. 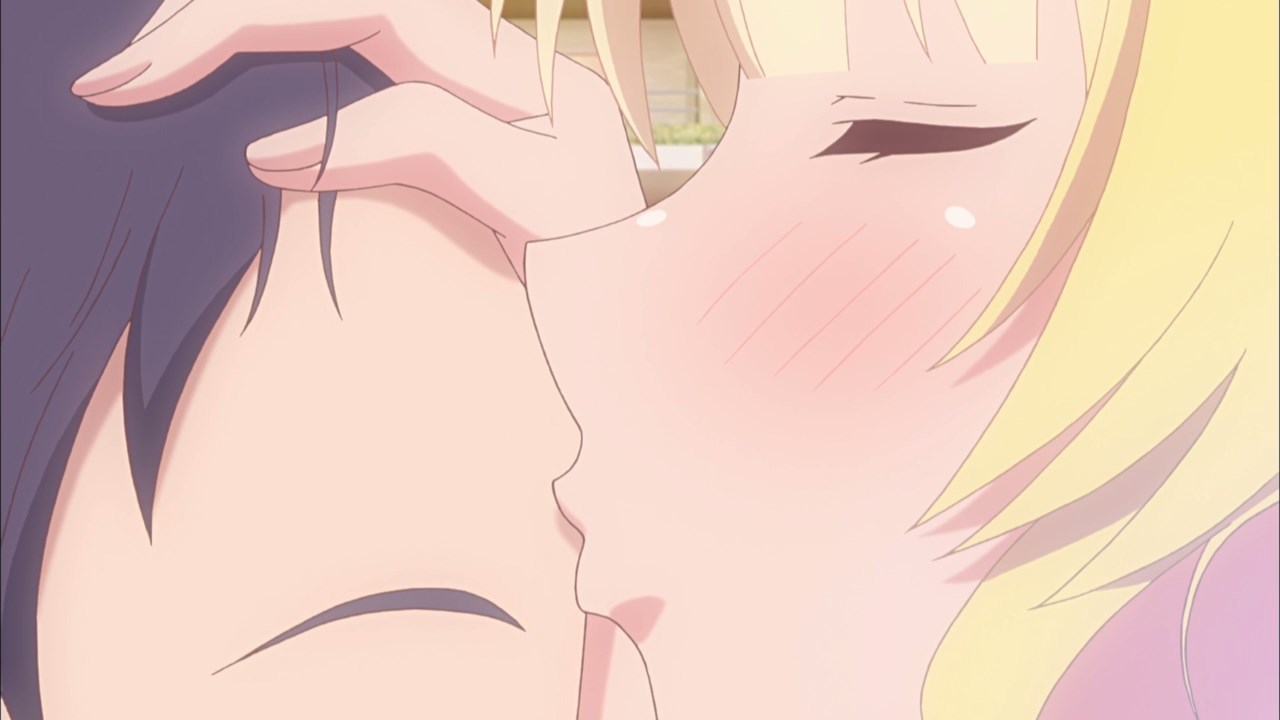 As for Yuika Koga, she gave a kiss to Keiki’s forehead as a token of gratitude for saving her. Well then, I have to say that it’s a date that he’ll never forget! 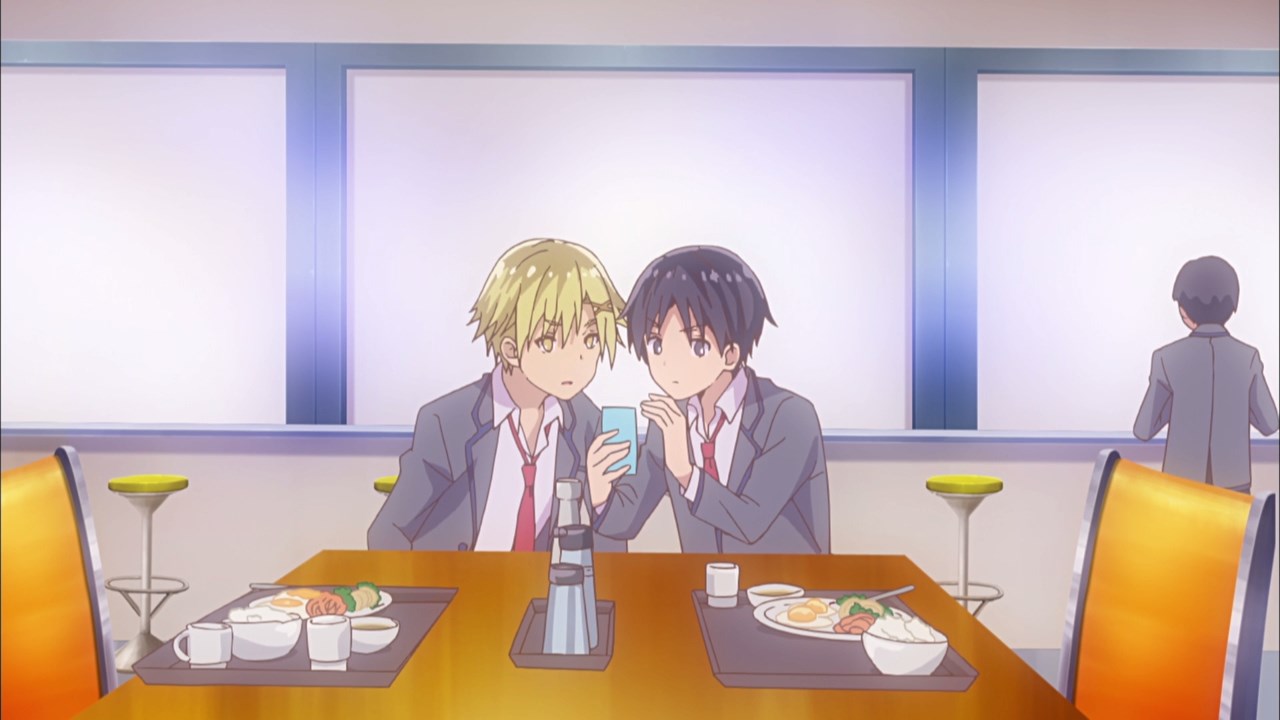 The next day, Keiki received a text message saying that he should come to the storage room by himself.

While Shoma Akiyama speculated that the girl who left her panties was the one who send the message, let’s be cautious here as it could be another trap. But still, Kiryu will head to the storage room anyway. 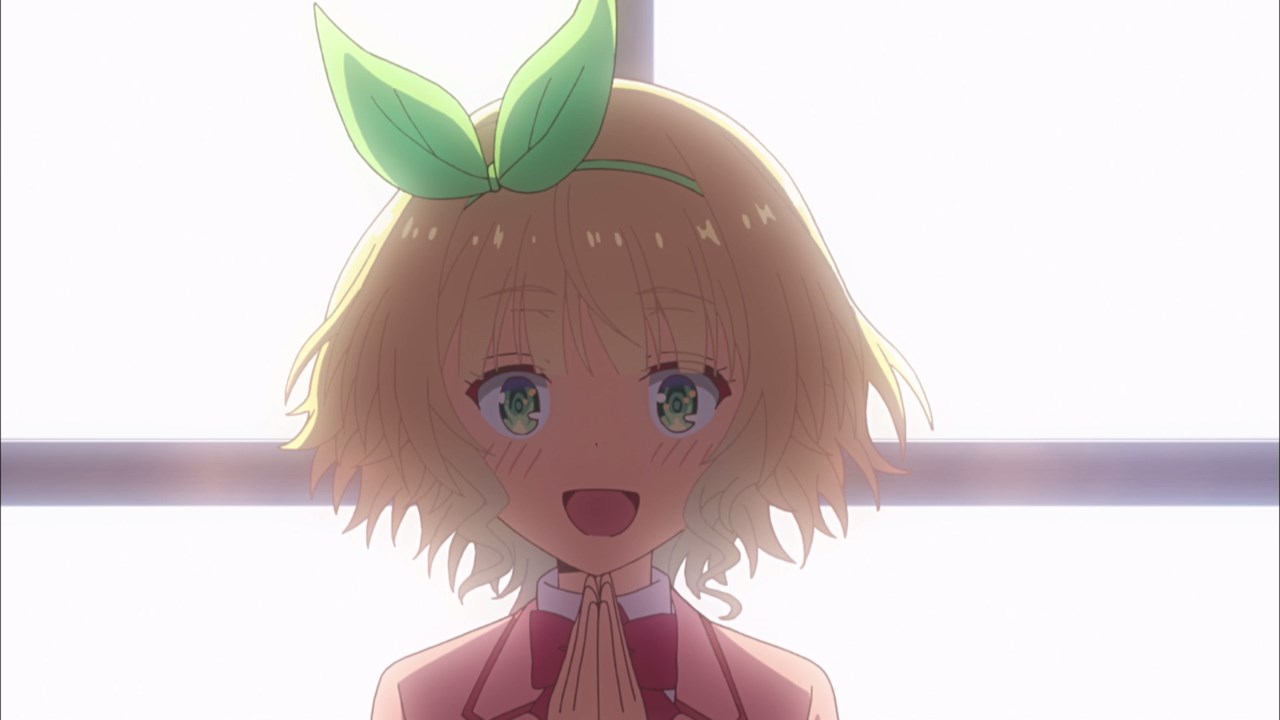 Anyways, turns out that it was Yuika Koga who send the text message to Keiki Kiryu. Of course, I don’t know whether she’s the mysterious Cinderella who left her panties.

Now then, Yuika demanded Keiki to become a slave to her. What, she wants to turn Kiryu into her slave!? This is different from Sayuki-sempai!

Oh yeah, and Yuika put her panties onto Keiki-sempai’s mouth until he pass out. Come to think of it, is Yuika the mysterious Cinderella who left her panties? Then again, the color of her panties is different from what Keiki got in the first episode.

Anyways, seems that HenSuki is getting complicated now that we have another pervert in the form of Yuika Koga. Of course, the mystery surrounding the owner of the panties remained unsolved. Maybe in the next episode, we might find more clues about it.