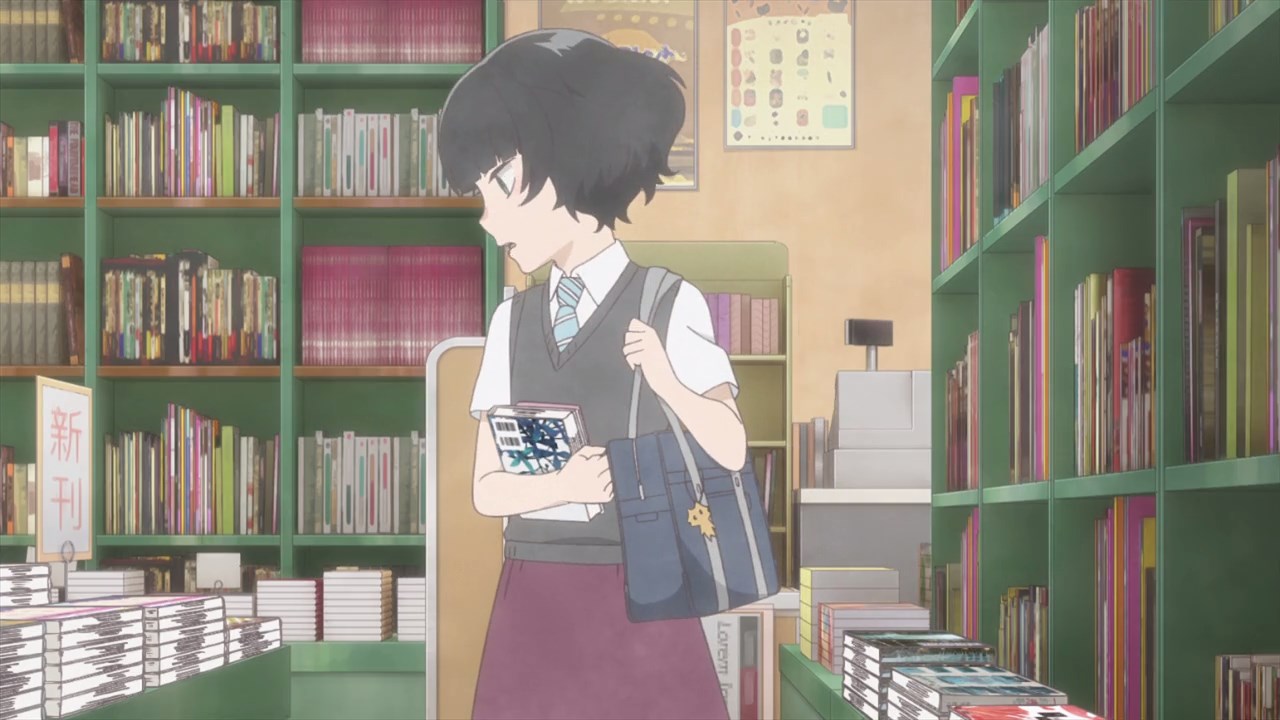 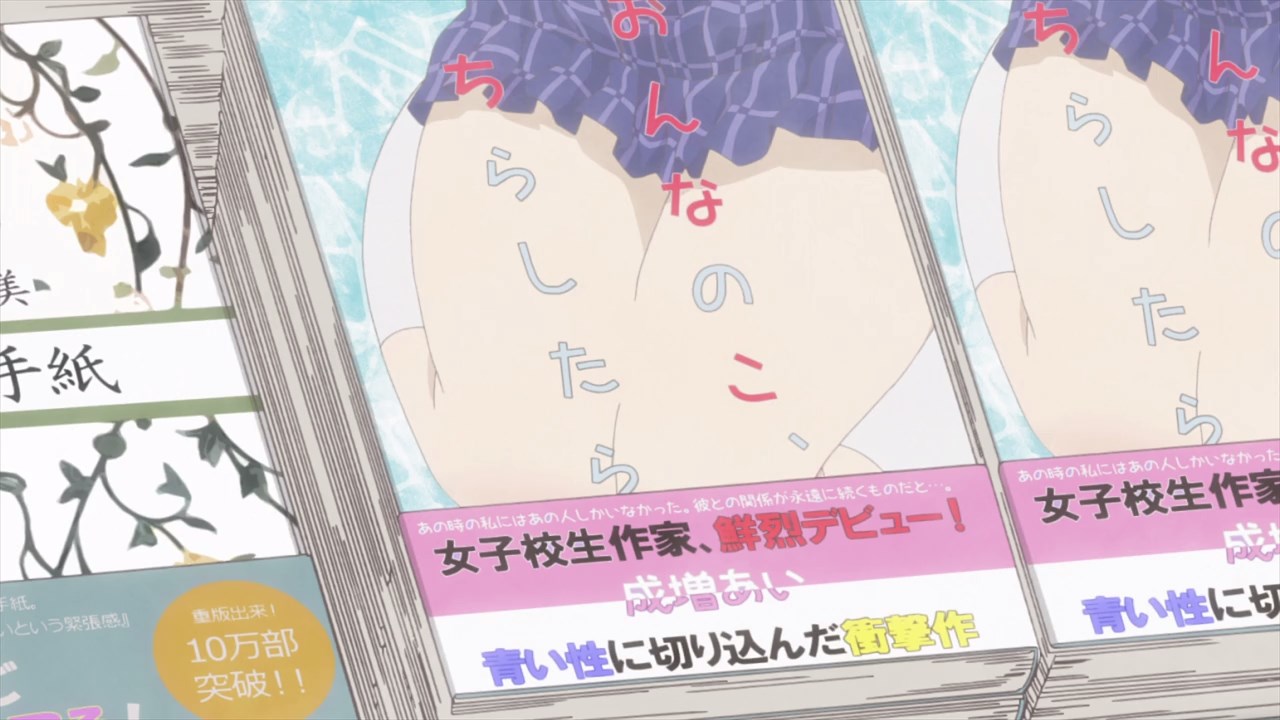 Turns out that someone published Hitoha’s novel (under her pen name Ai Narimasu) without permission. Looks like Hitoha will have a word towards her editor. 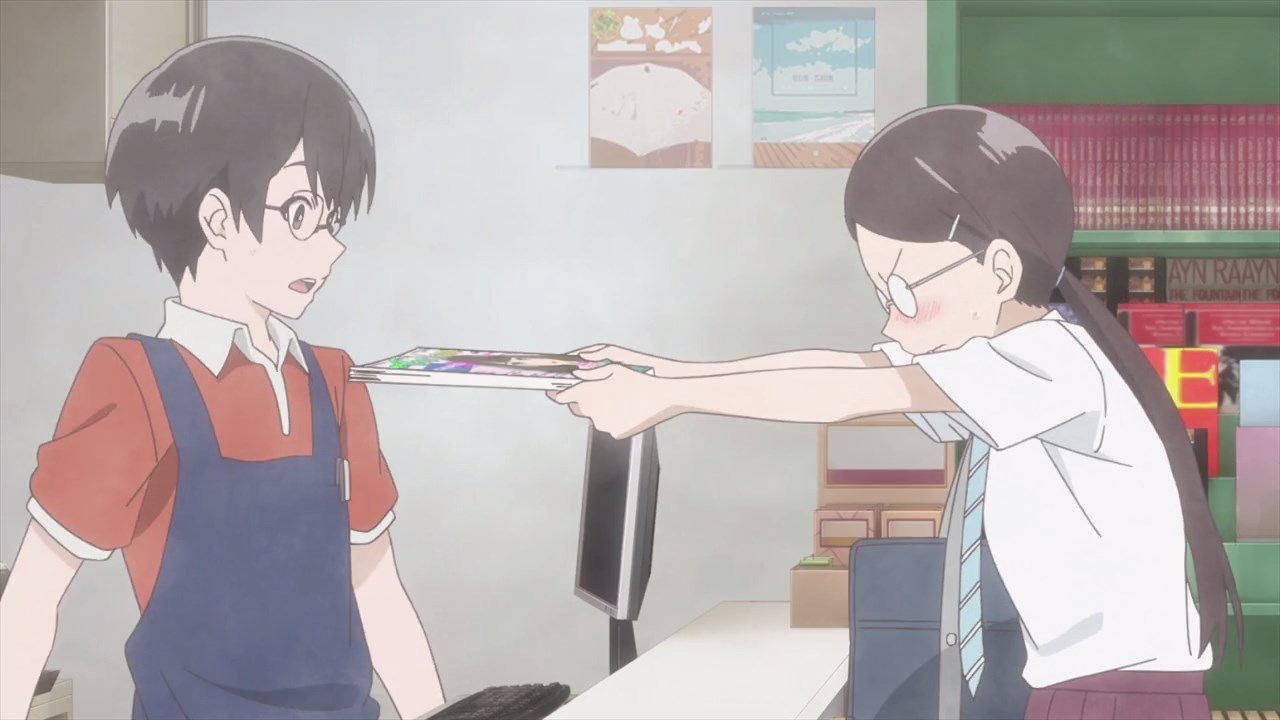 On the other hand, here’s Rika Sonezaki as she bought a girls’ fashion magazine. Wait, is she planning to change her appearance to look more like a model than a stern high school student? 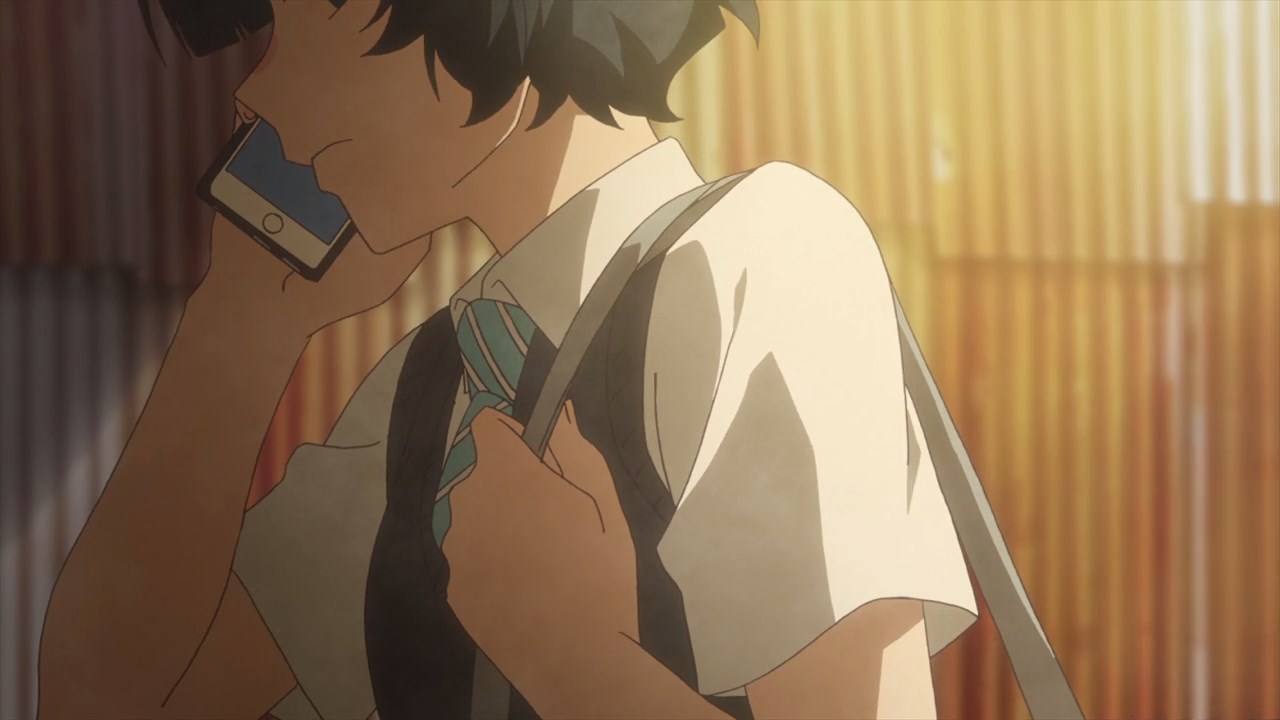 Anyways, Hitoha Hongou called her editor and asked him why he publish her novel when she haven’t refine the story yet. 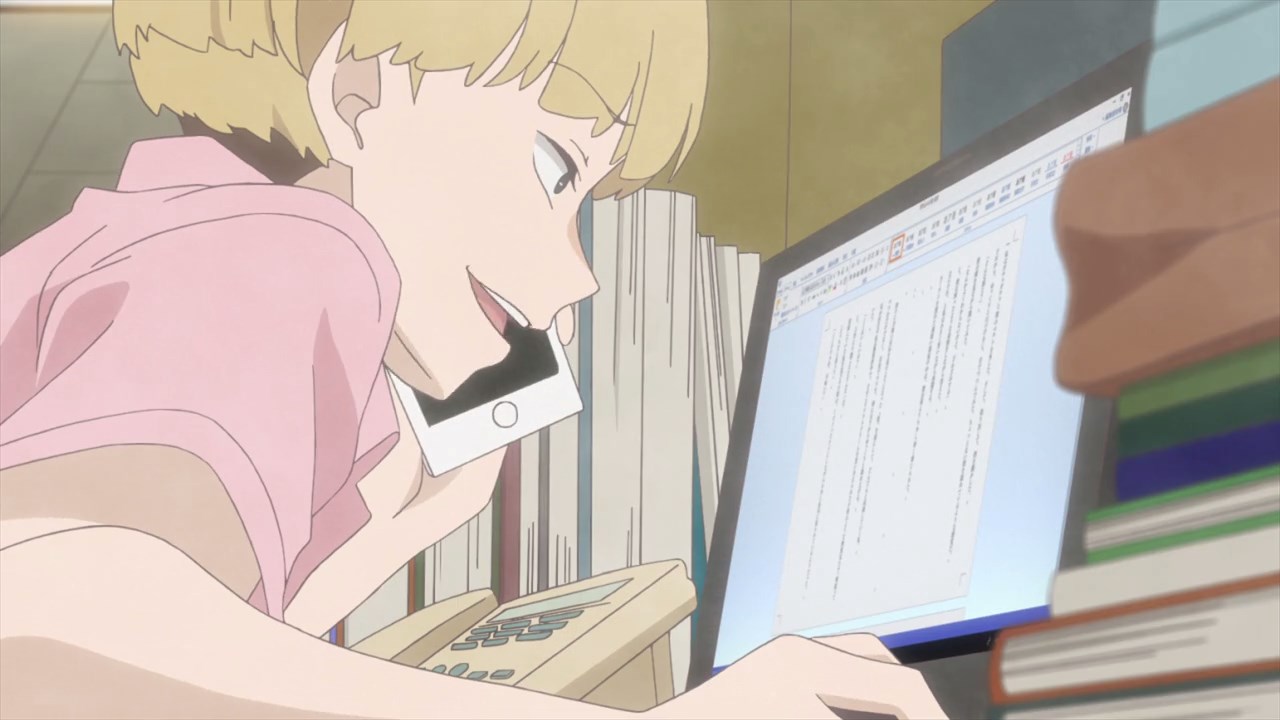 Well, Hitoha’s editor told her that the publishing firm decided to publish it anyway, otherwise Hitoha might not write a novel again. Basically, they want to strike the iron while it’s hot.

Also, her editor told Hongou that the novel’s story is too unrealistic. Well, it’s their fault for rushing the release of her novel, but how did Hitoha created a story like that? 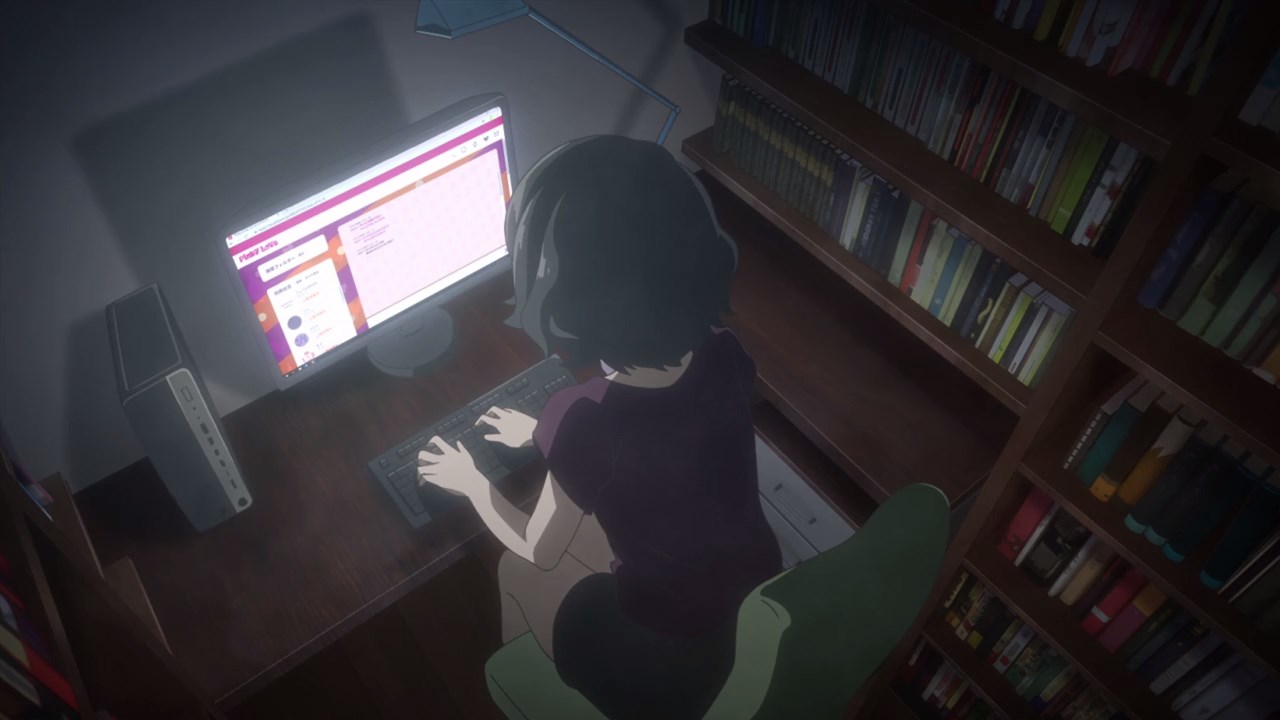 Oh, it turns out that the novel’s story is based on a BBS conversation between Hitoha and Milo. You know, it would be nice if they use social media instead of BBS. 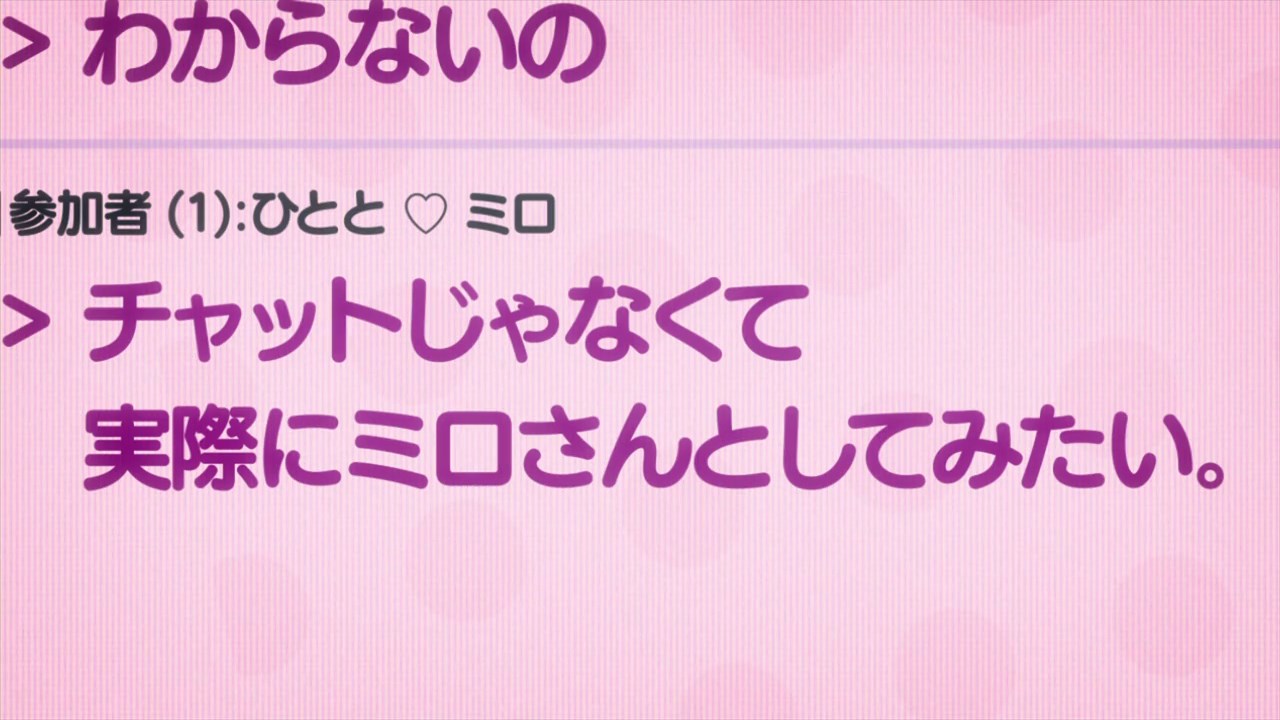 Anyways, Milo sends a message, telling Hitoha to meet up in real life and have sex. Wow, looks like Hitoha wants to do it just to improve her novel. 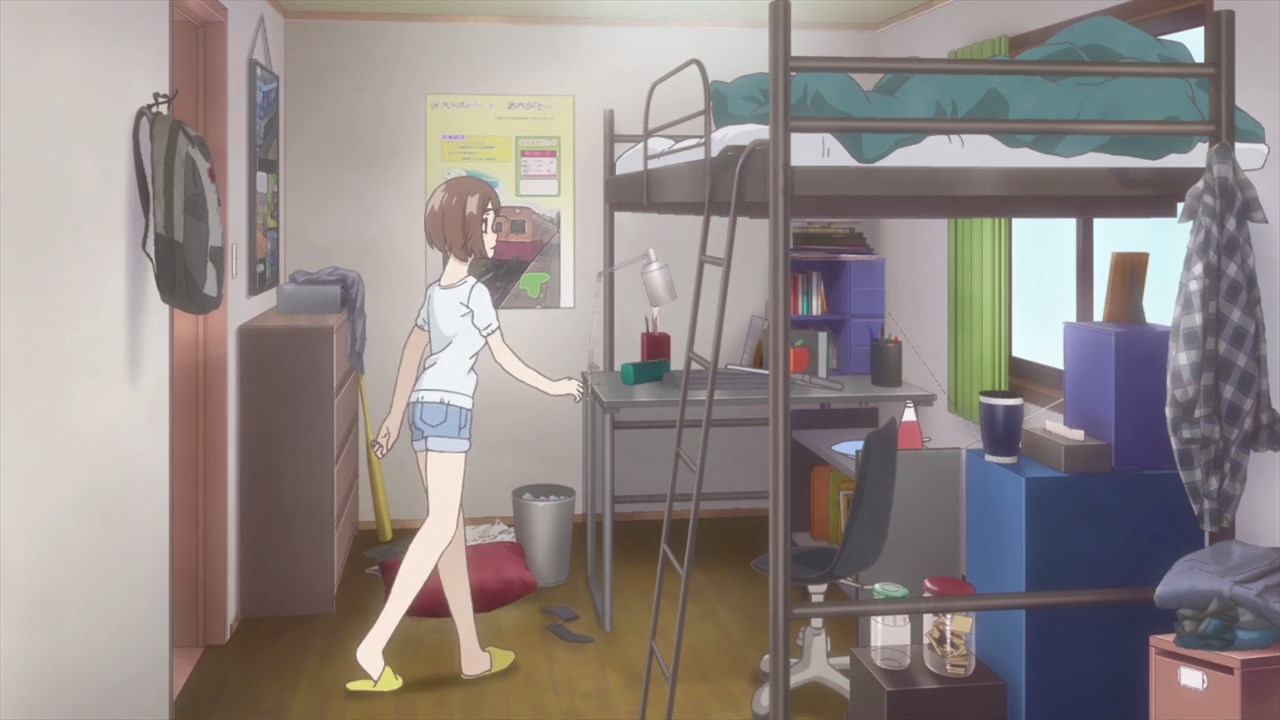 Meanwhile, here’s Kazusa Onodera where she visits Izumi Norimoto’s room again after that little incident from the first episode. Hmm, does this room reeks of semen though? 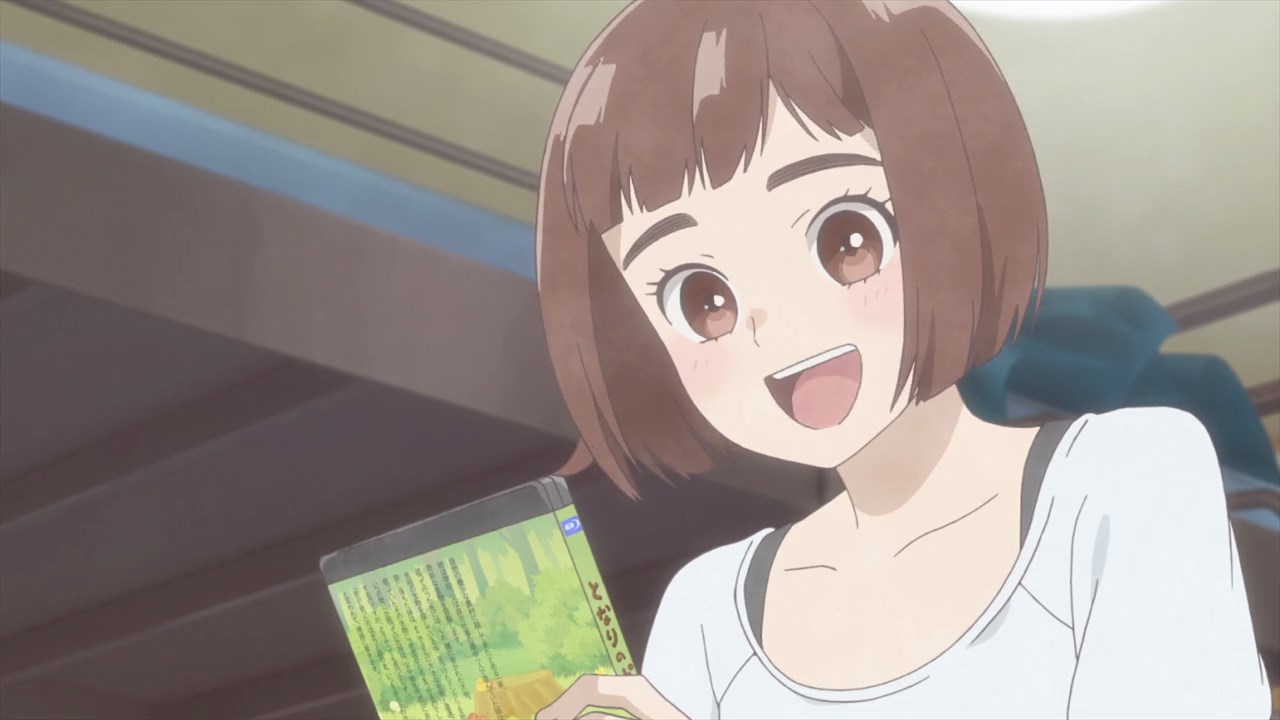 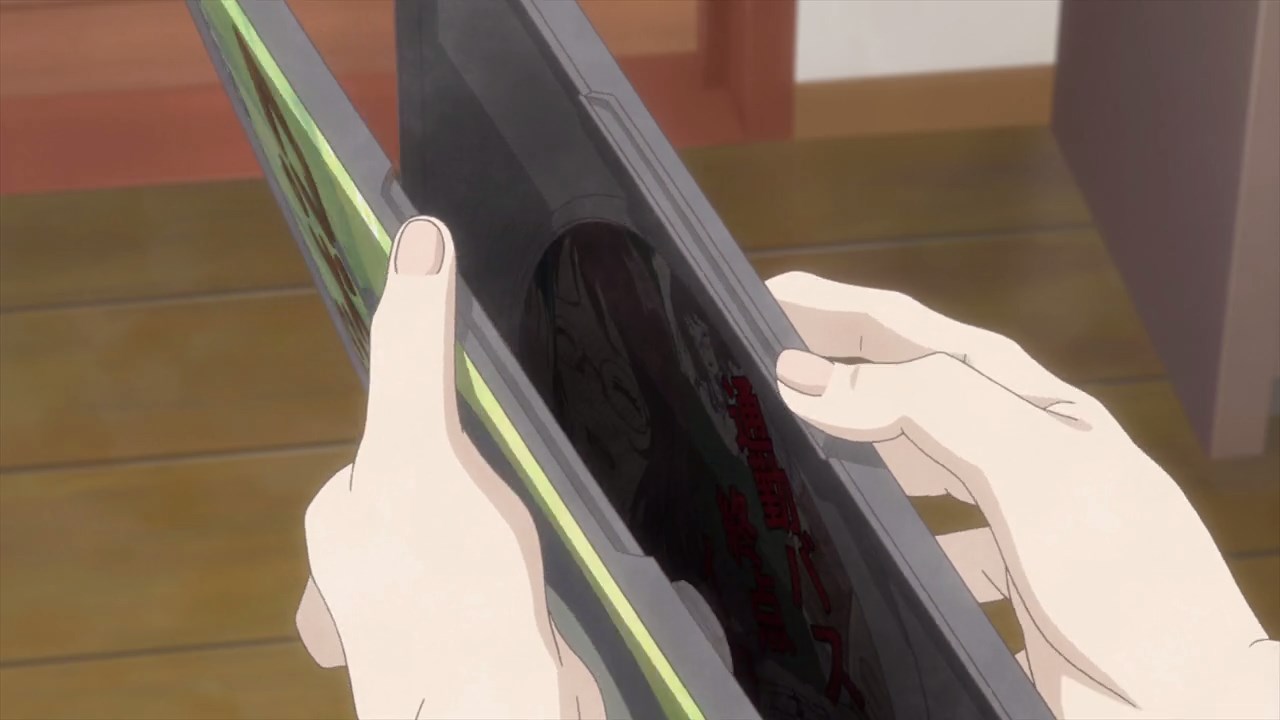 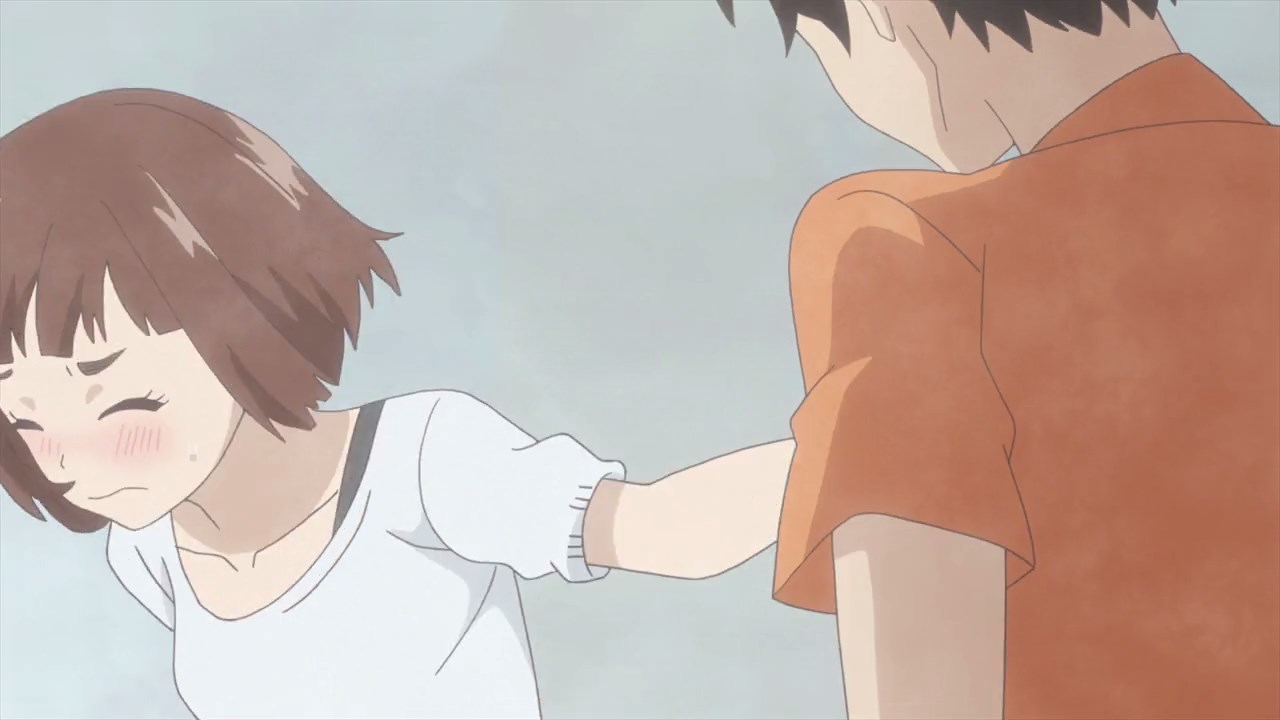 And so, Kazusa Onodera left the room in a hurry. Oh, and she didn’t even say good-bye to her childhood friend because Kazusa saw something very obscene. 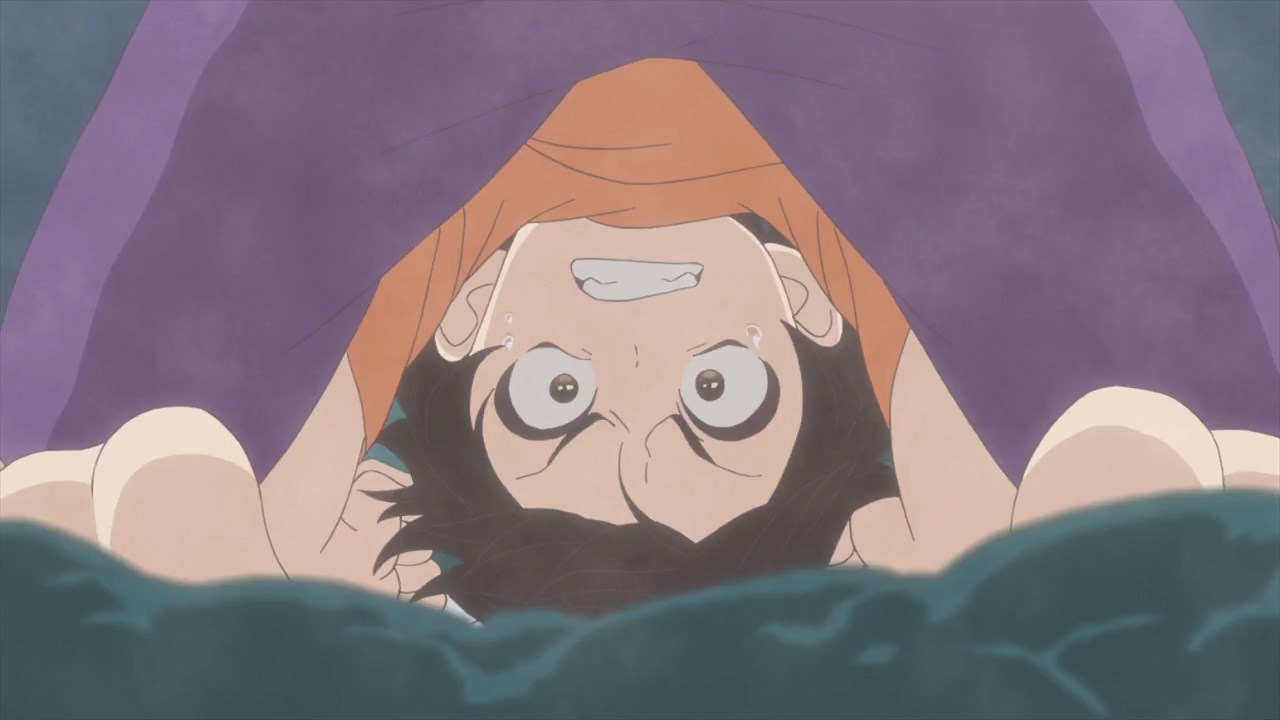 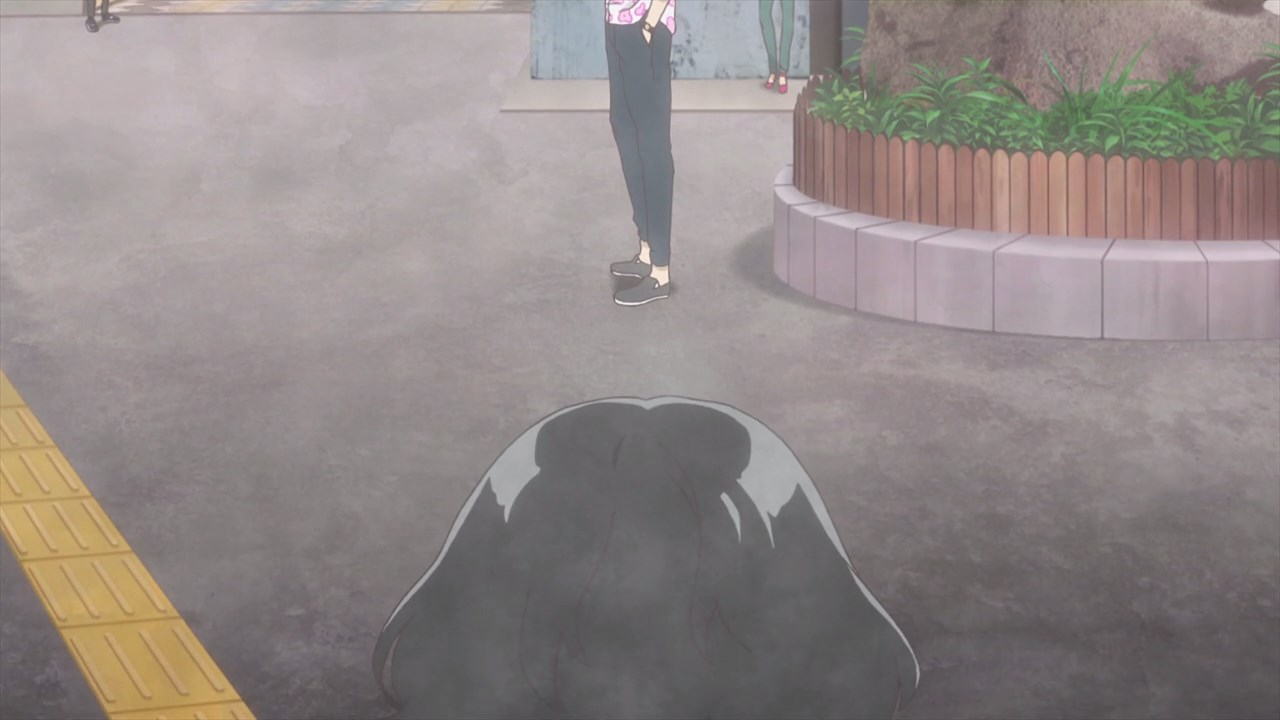 Moving onto the next scene where Hitoha Hongou is about to meet Milo at the train station. C’mon, she wants to have sex with Milo right now. 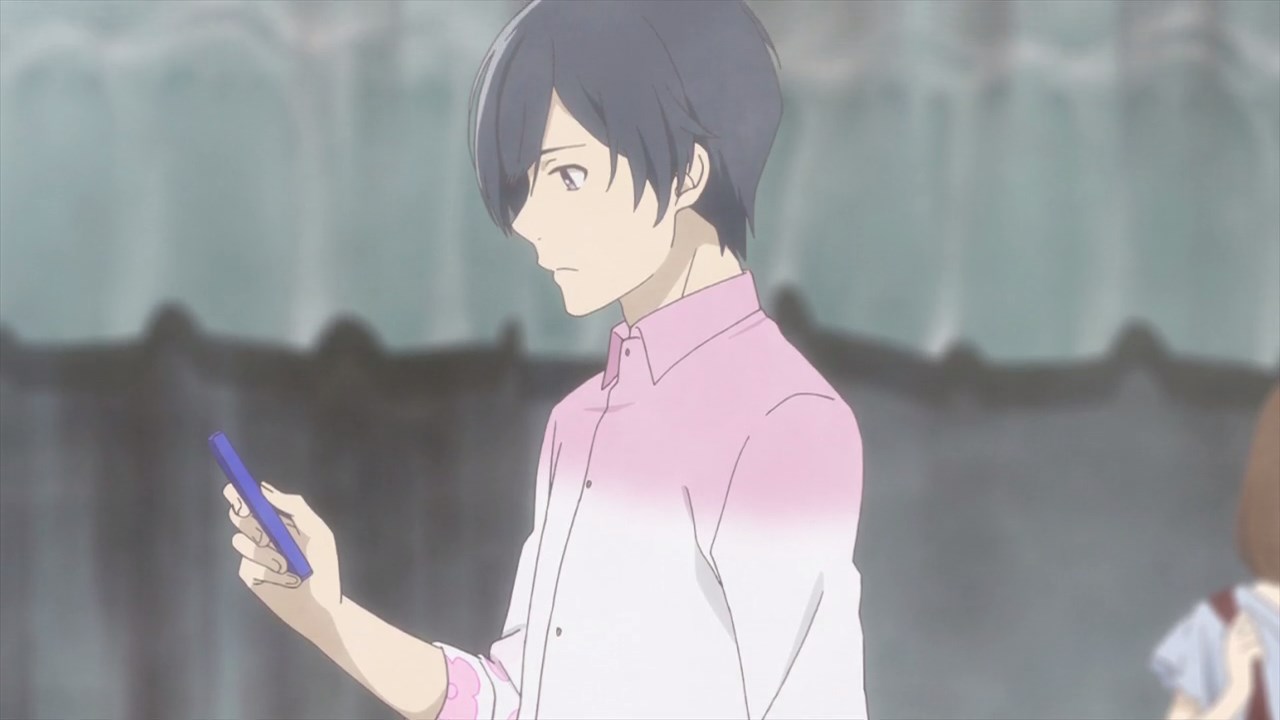 By the way, turns out that Milo is actually Tomoaki Yamagishi minus the glasses. Oh yeah, it turns out that the name Milo comes from “Tough Kids Drink Milo”. Not sure if that novel exists though… 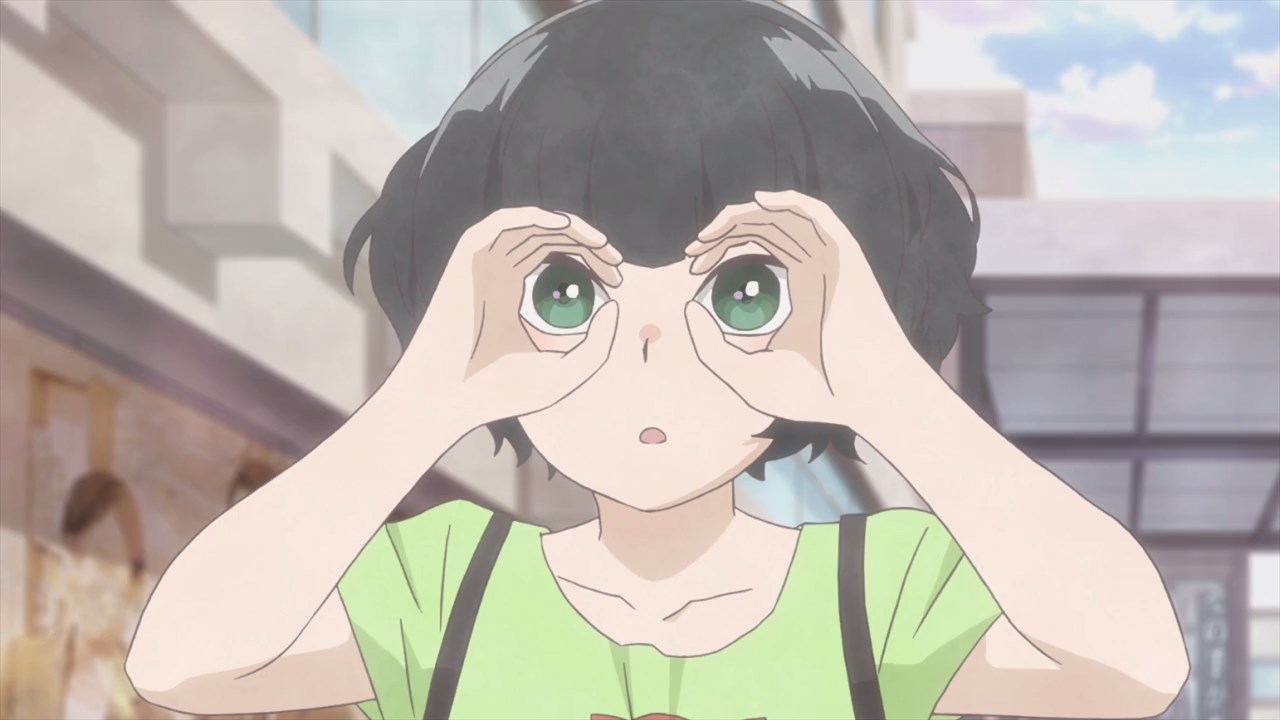 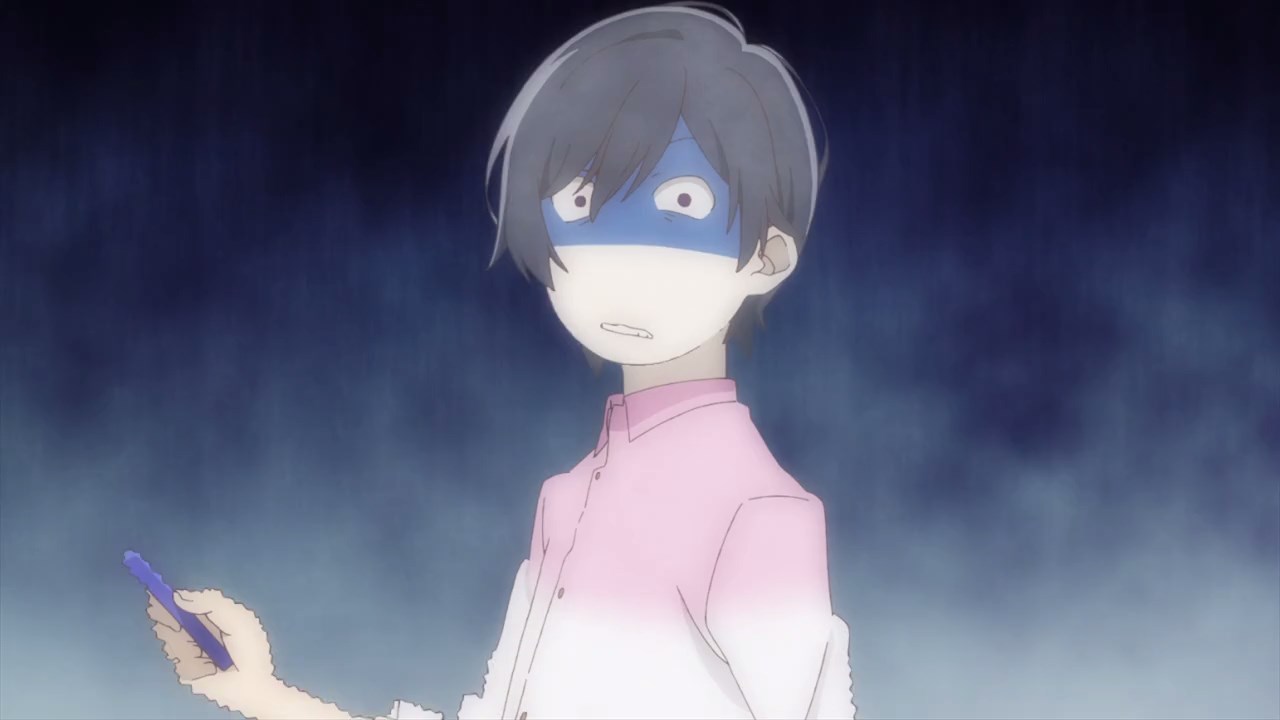 In any case, looks like Hitoha Hongou met Yamagishi-sensei and he’s so damn scared that he might lose his job.

Thus, the date was called-off because having a relationship between a teacher and a student is not good! 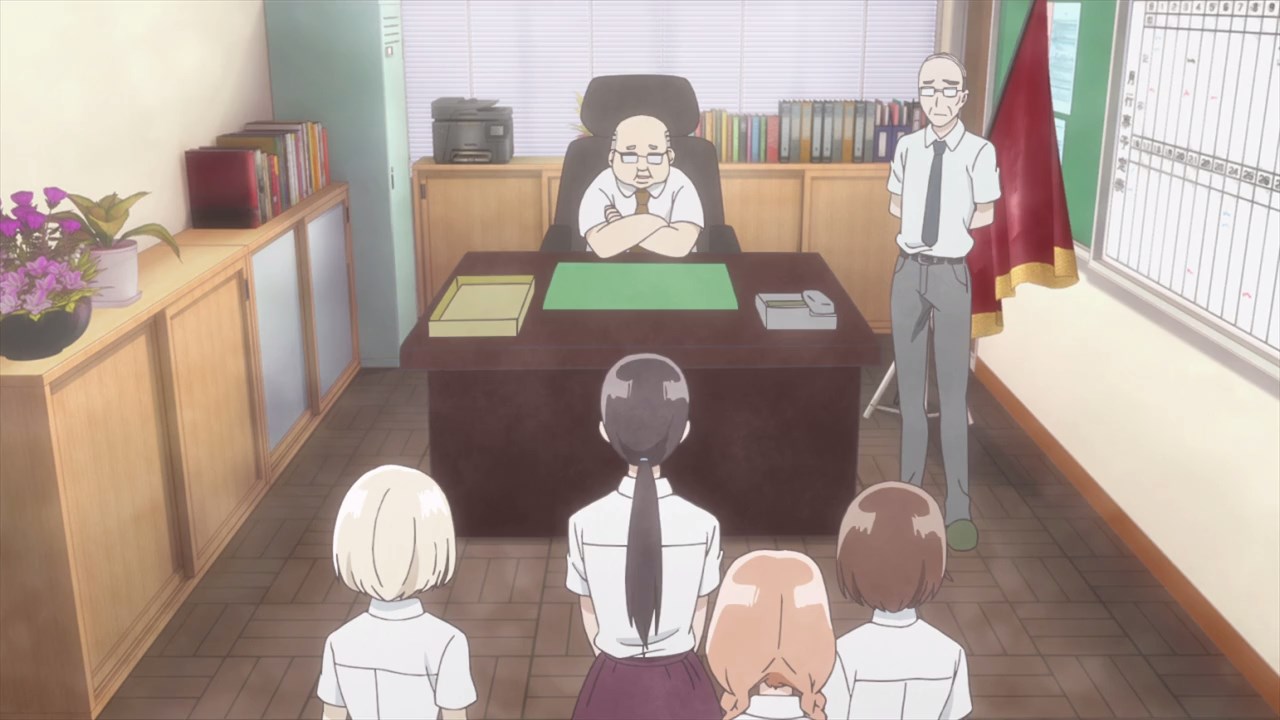 Now let’s move onto the next scene where the Literature Club is about to be closed down now that they don’t have a teacher to become a club advisor. And really, it sucks to see it shut down! 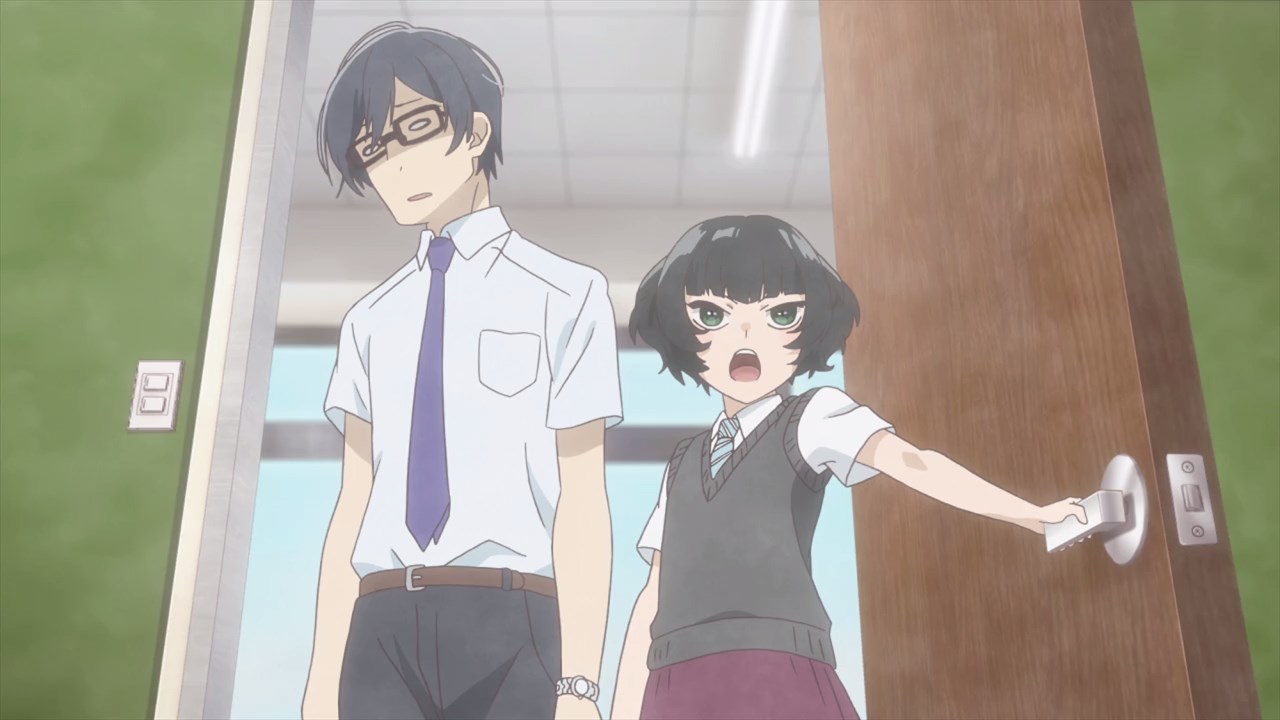 Well, let’s forget about having the Literature Club being closed down for good as Hitoha Hongou found Tomoaki Yamagishi as their advisor.

Well actually, Hitoha blackmailed Yamagishi-sensei into joining the club as an advisor because c’mon, she knows that Yamagishi or Milo-sensei is attempting to have sex with a student. But hey, what’s important is that the Literature Club is saved! 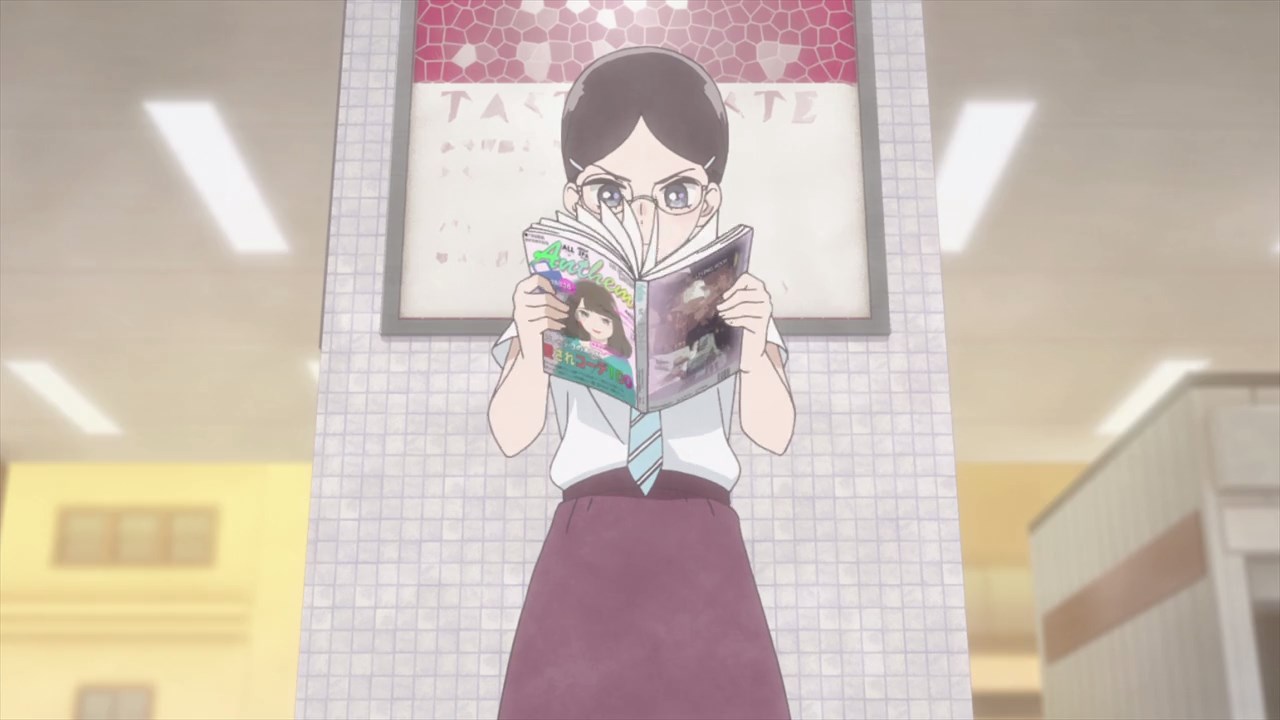 Now let’s focus our attention to Rika Sonezaki where last time, she bought a girls’ fashion magazine from a book store. 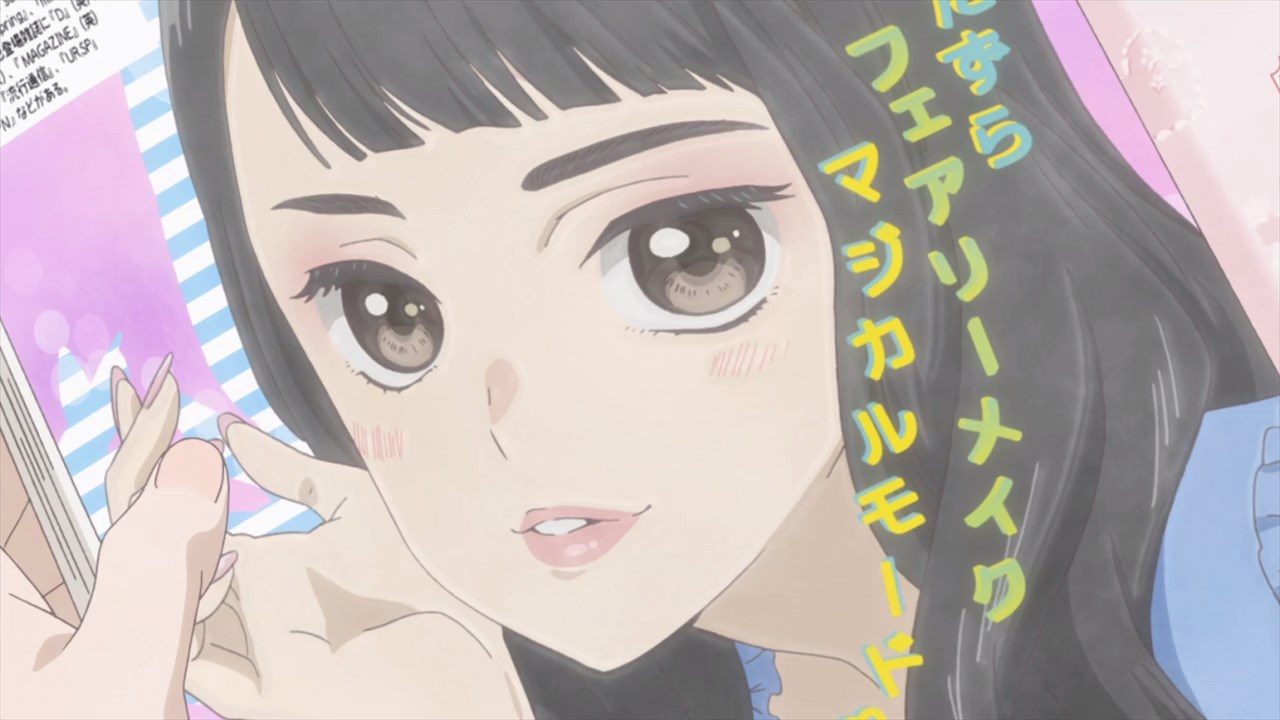 And really, seems that Sonezaki is attempting to become attractive just by looking at the magazine’s contents. But you know what, even though she became cuter, Rika Sonezaki is still a stern student. 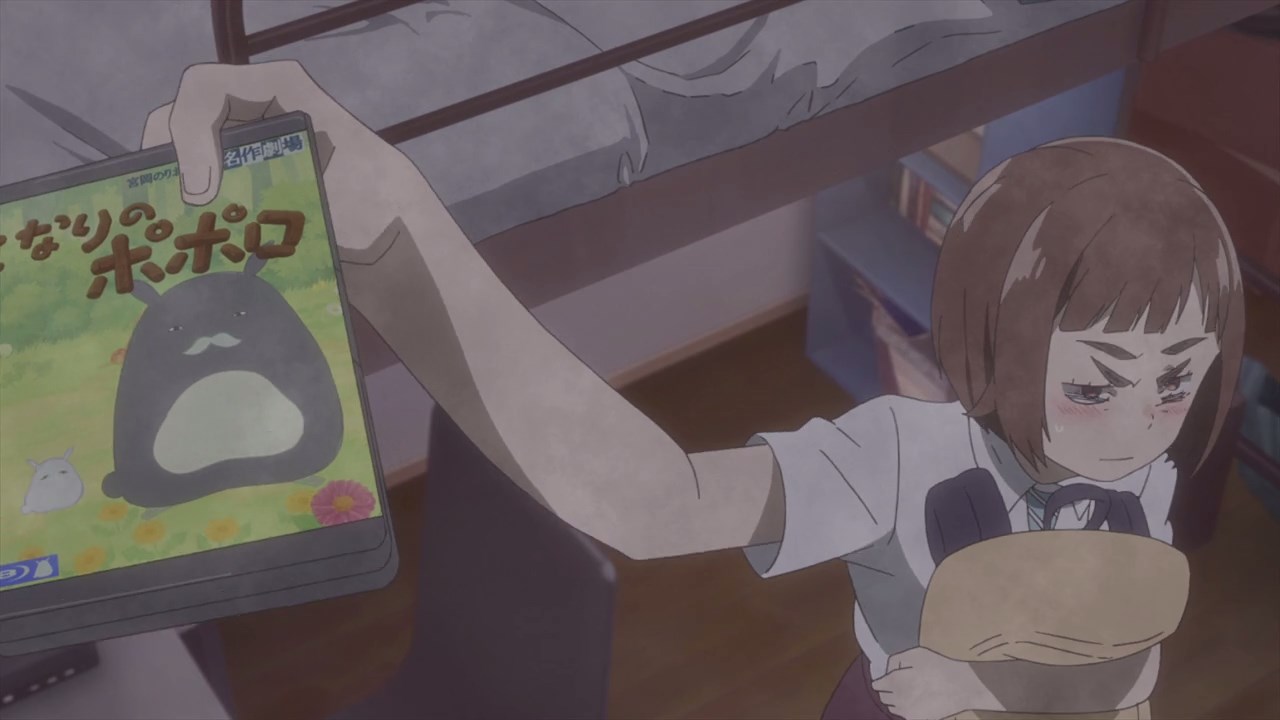 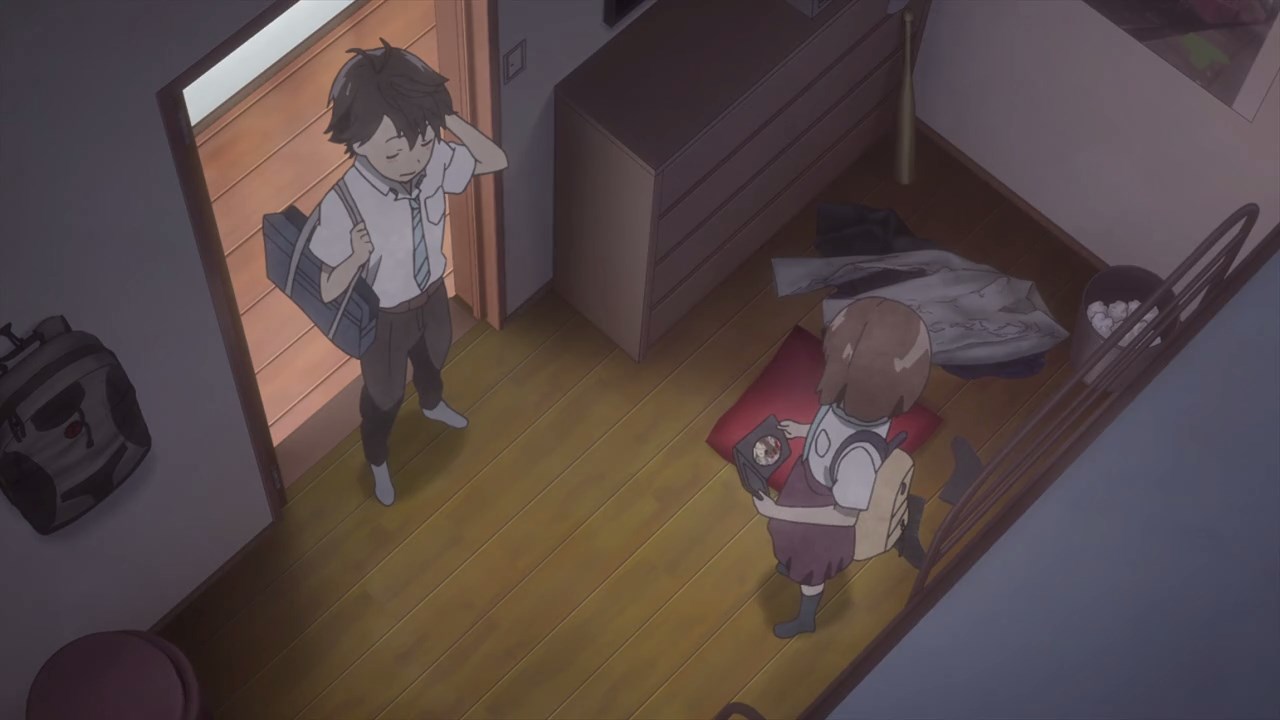 Ah nevermind, looks like Izumi caught Kazusa red-handed but really, Izumi needs to explain himself on why he masturbated on that day. 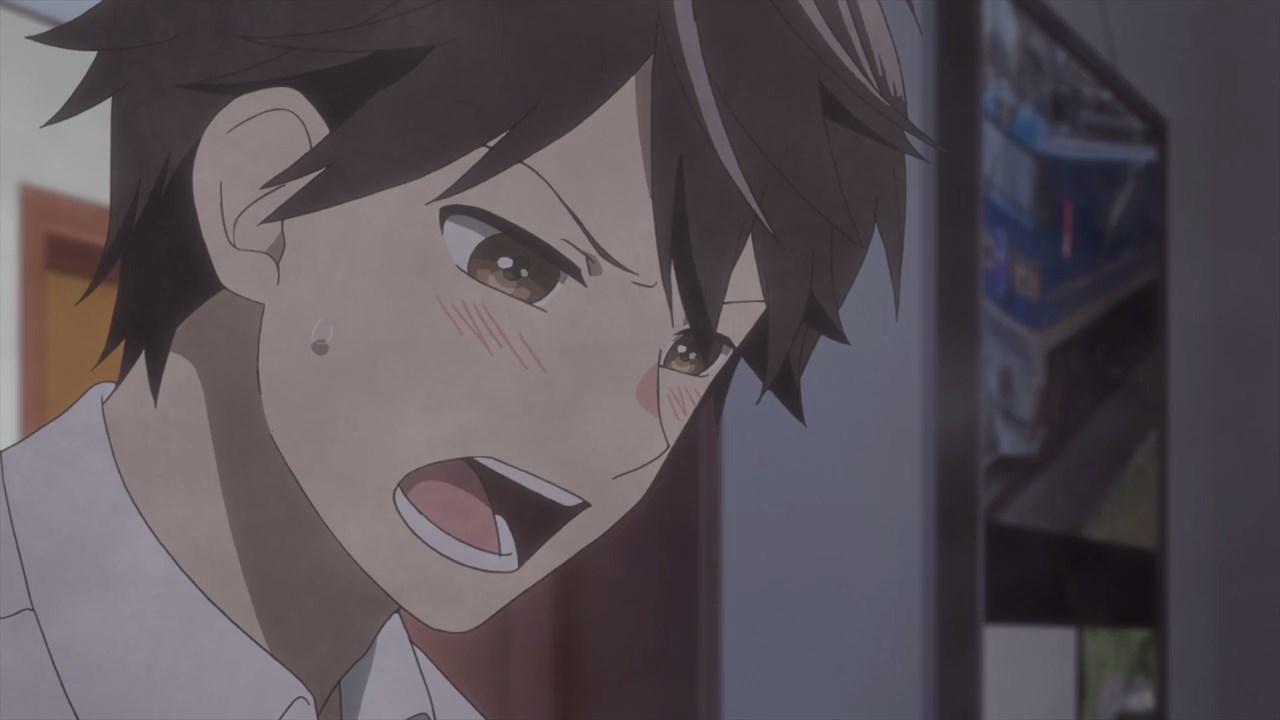 To put it simply, Norimoto doesn’t want to have sex with anyone, including Onodera. Wait, you’re going to jerk off for all eternity? What it Kazusa was taken away by someone else? 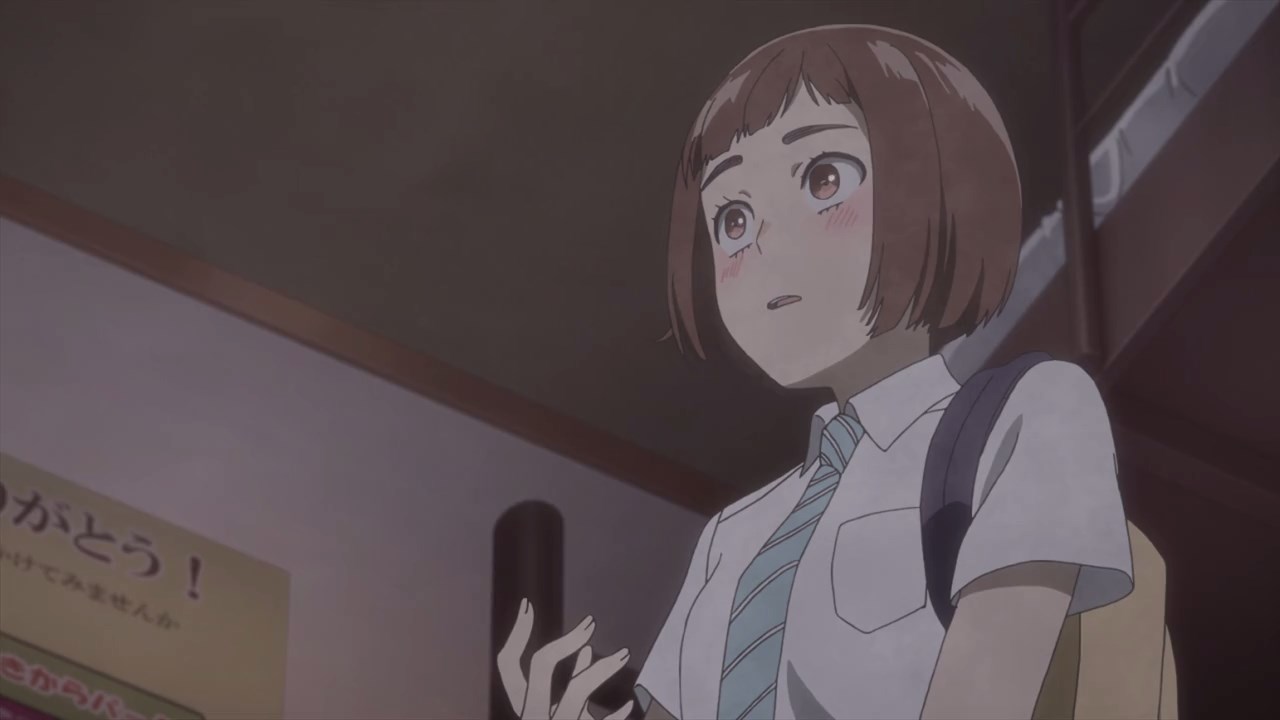 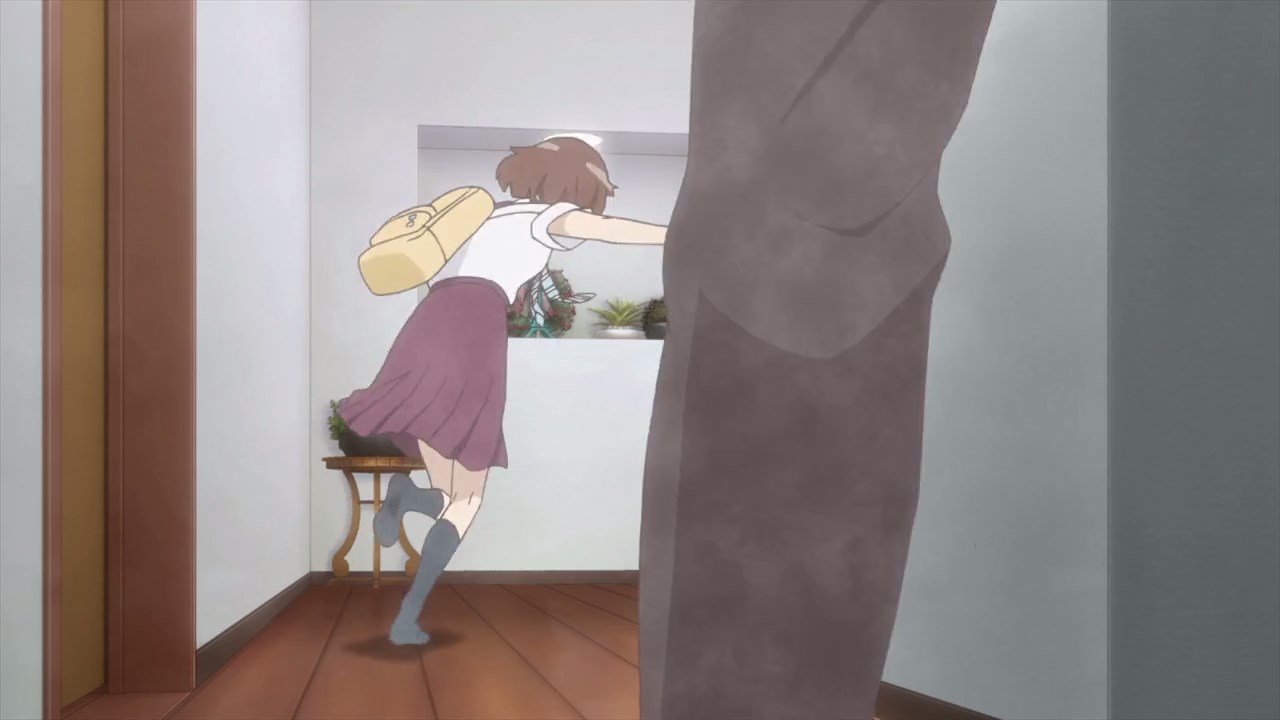 Anyways, Kazusa goes down the stairs as she’s deeply hurt from what Izumi said to her! 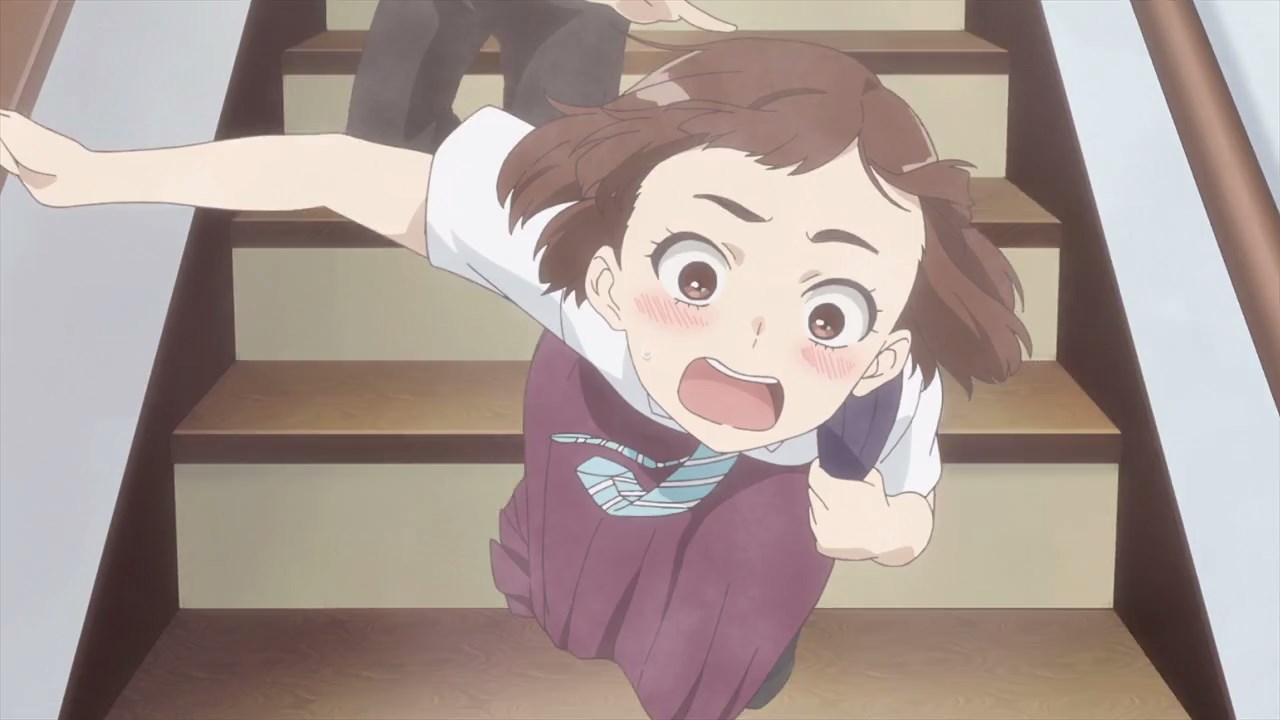 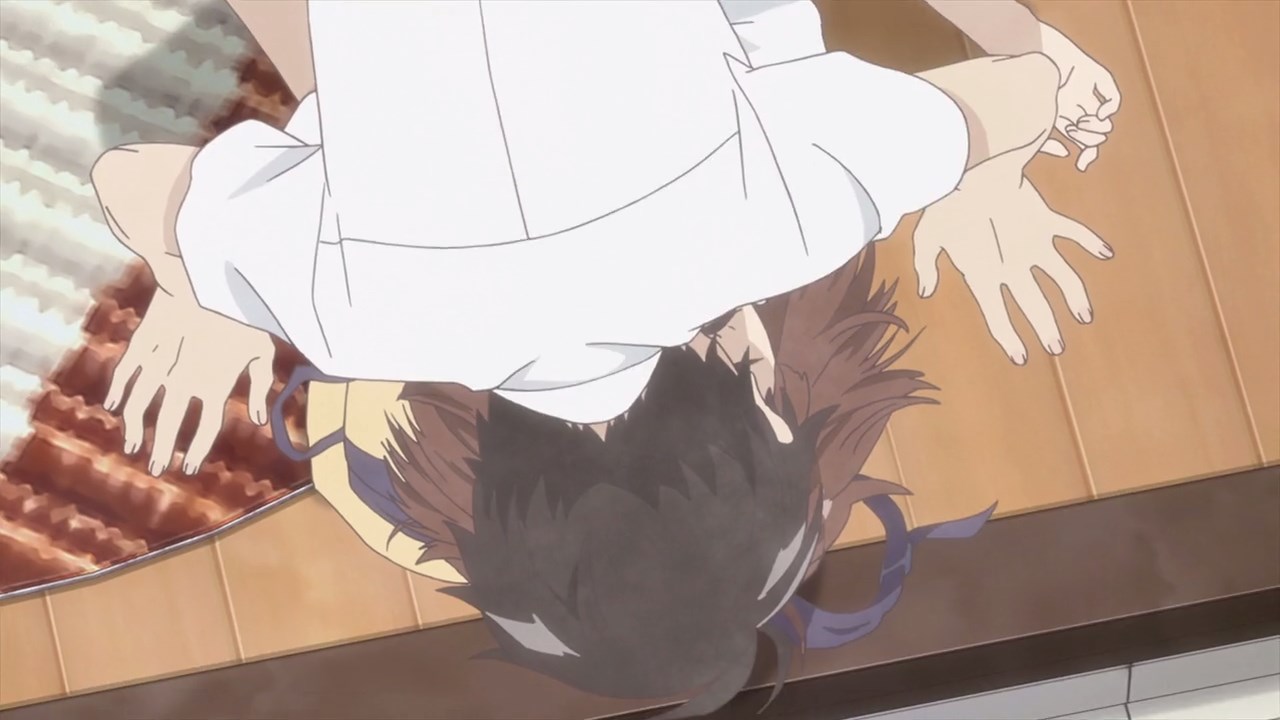 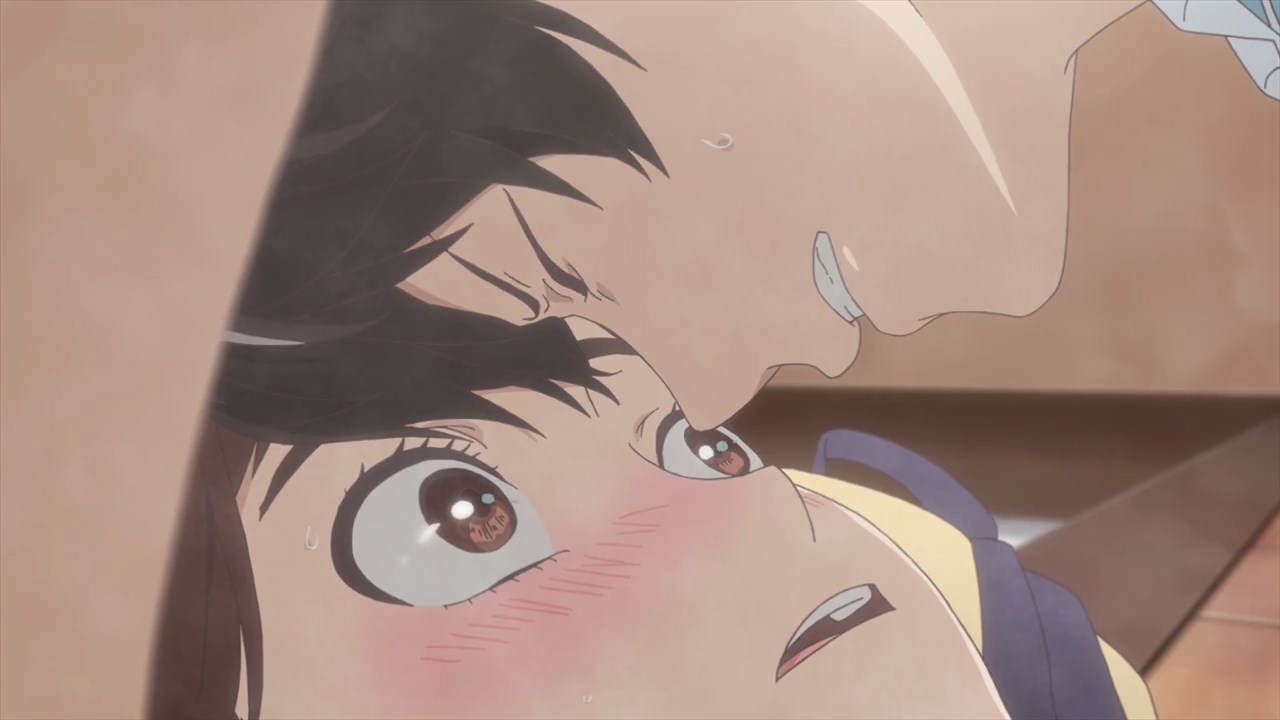 Unfortunately, Izumi Norimoto is in a compromising position as he’s on top of Kazusa Onodera. It would be worse if his parents saw that! 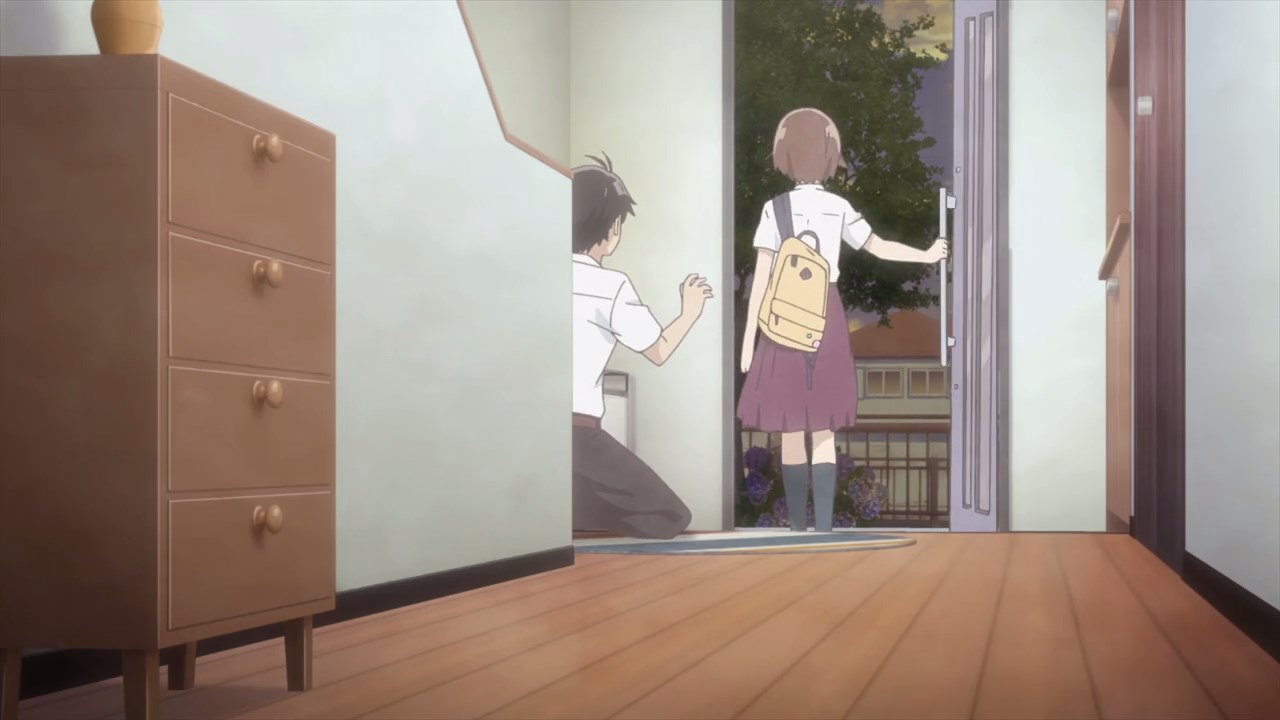 Anyways, Izumi let Kazusa go but damn, that was the most awkward thing that happened on this episode. Unfortunately, Kazusa is still deeply hurt because even though she’s developing feelings towards her childhood friend, Izumi won’t take it at all.

Well then, I’ll see you next time as the story is getting interesting. C’mon, these girls are having trouble dealing with puberty!