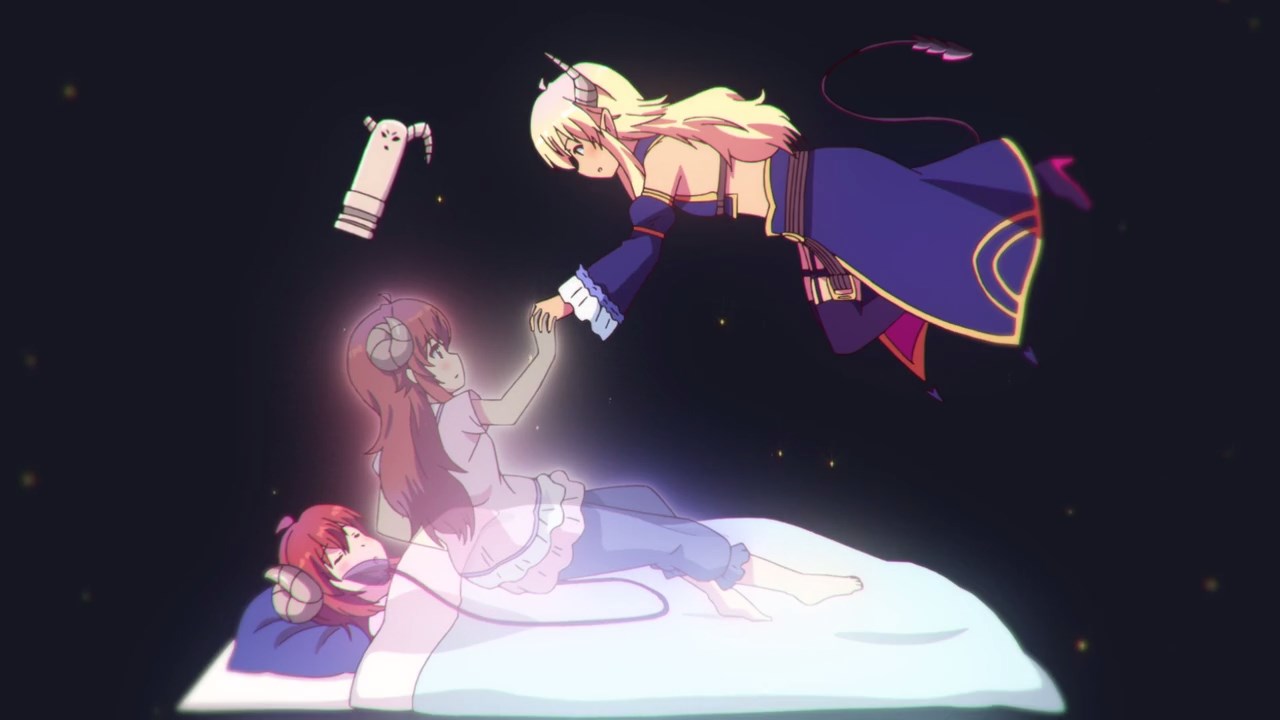 Oh look what we have here, it’s Lilith as she’s here to help Yuko Yoshida out on becoming the strongest Shadow Mistress that will bring glory back to the Dark Clan. 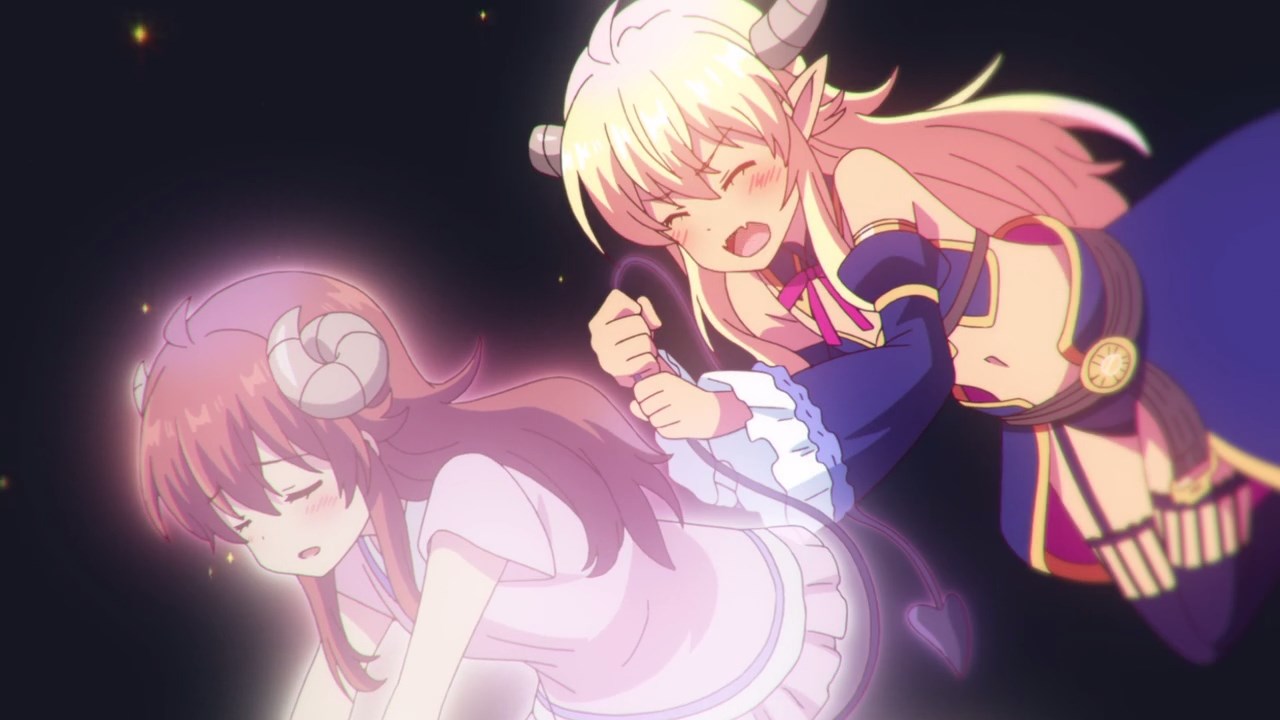 Unfortunately for Lilith, Shamiko is so tired from the previous episode that she wants to take a long nap. This got her angry that Lilith tries to pull Yuko’s tail to wake her up! 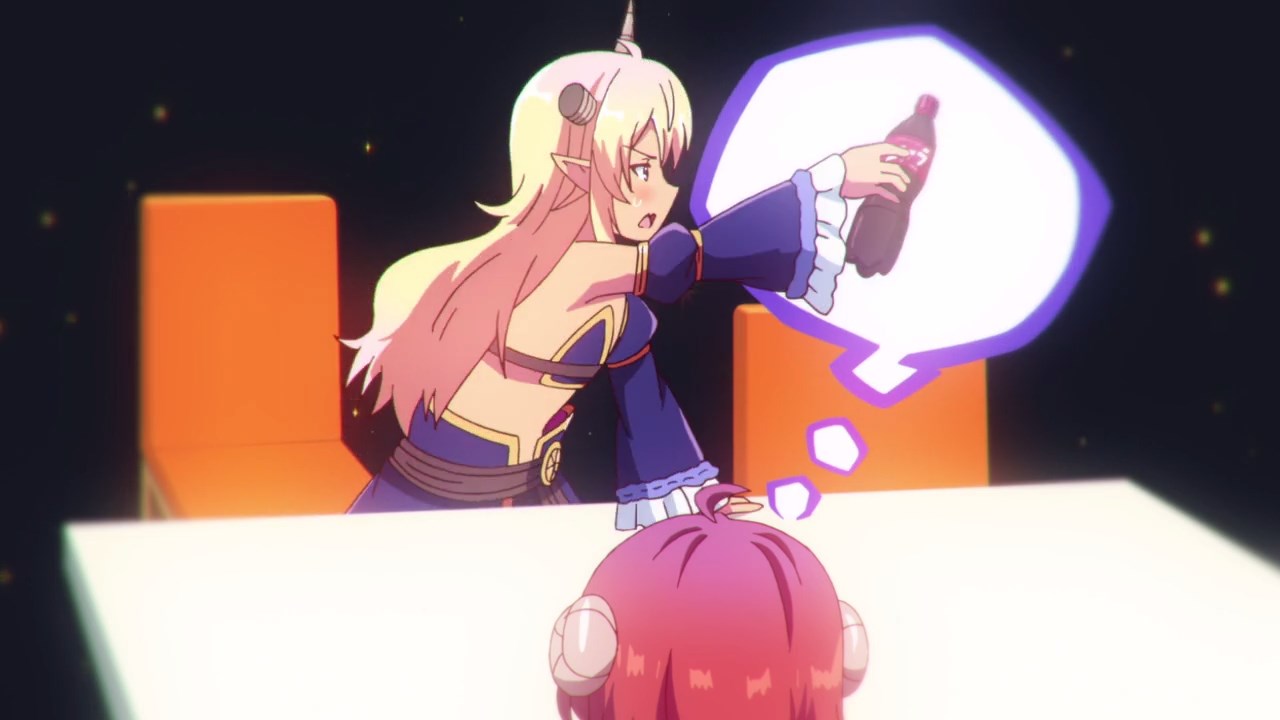 Good thing Yuko is finally awake but Lilith got so tired of waking her descendant up that she wants to drink something. Fortunately, Yuko offered Lilith a bottle of cola and- Wait, did Yuko used her imagination to summon a drink? 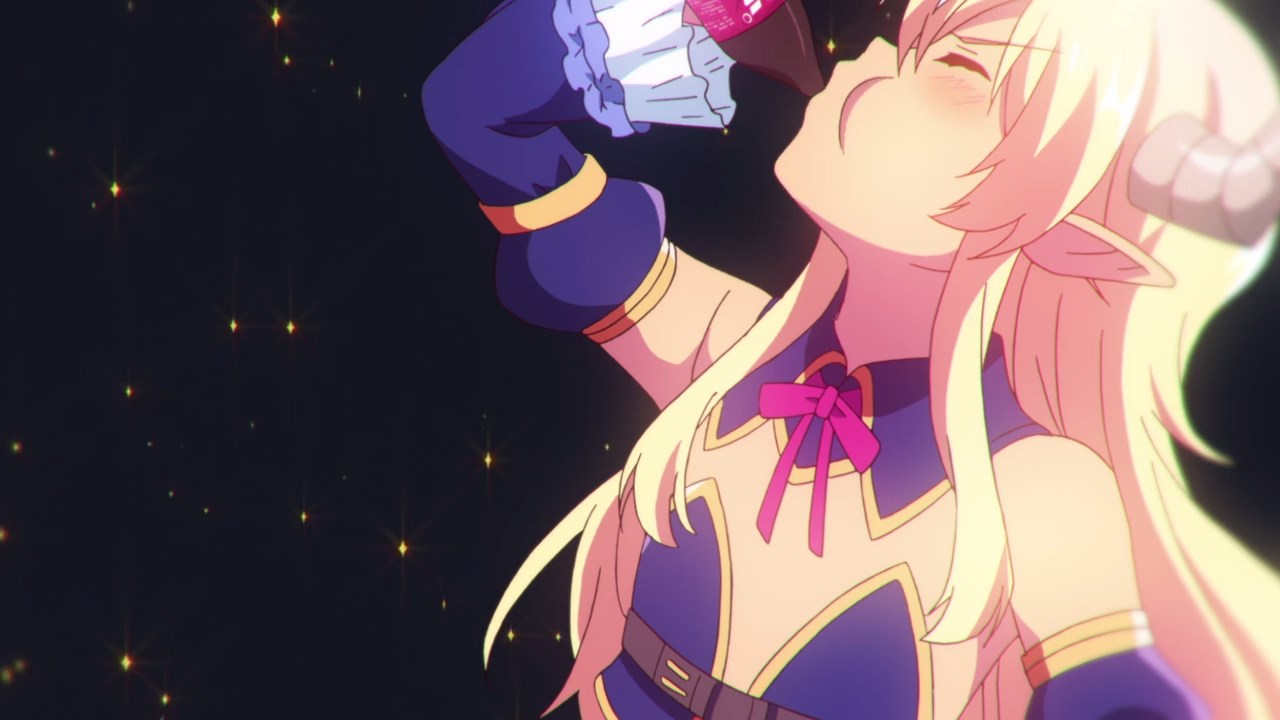 But hey, Lilith is enjoying it as she gulps down the cola! Well then, seems that Lilith is satisfied on drinking cola but she has to leave now.

But before she leaves, Lilith told Yuko about important things like her father, her hidden power, as well as the statue she’s holding most of the time. Then again, Yuko won’t remember it at all! 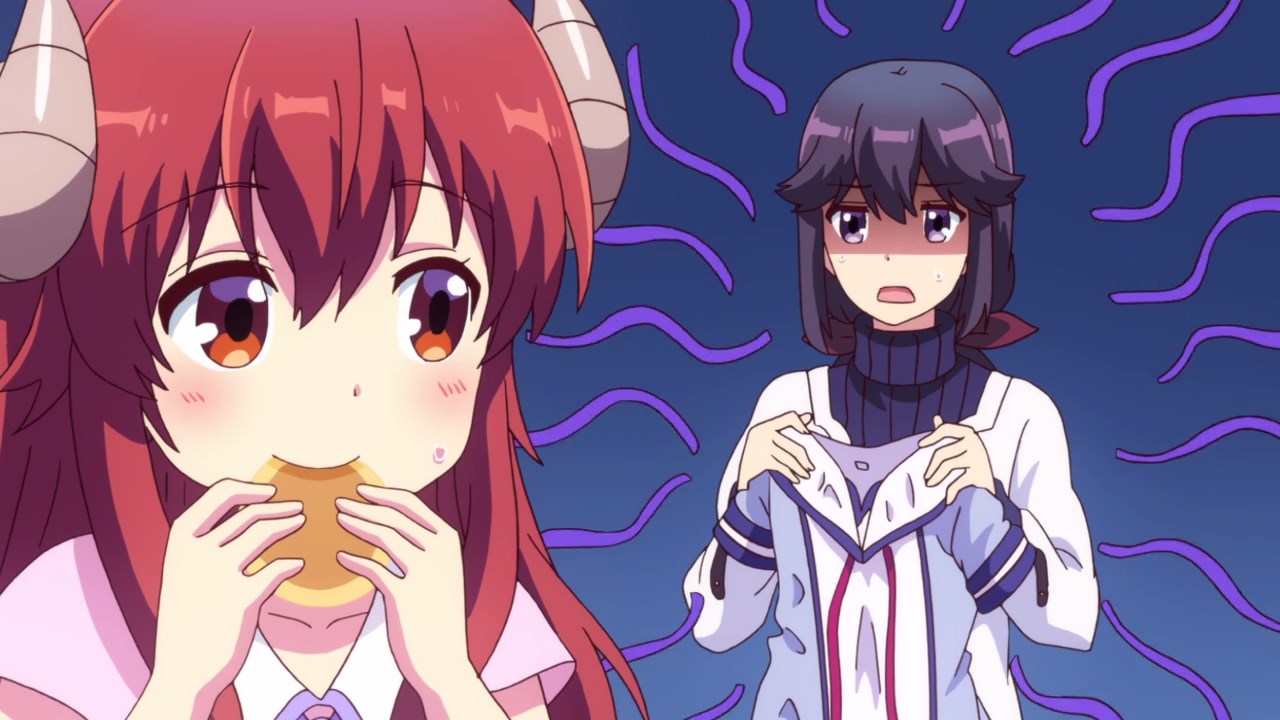 And also, her school uniform shrunk down which it’s the only one available for Yuko. By the way, it’s her fault for washing her uniform the wrong way. 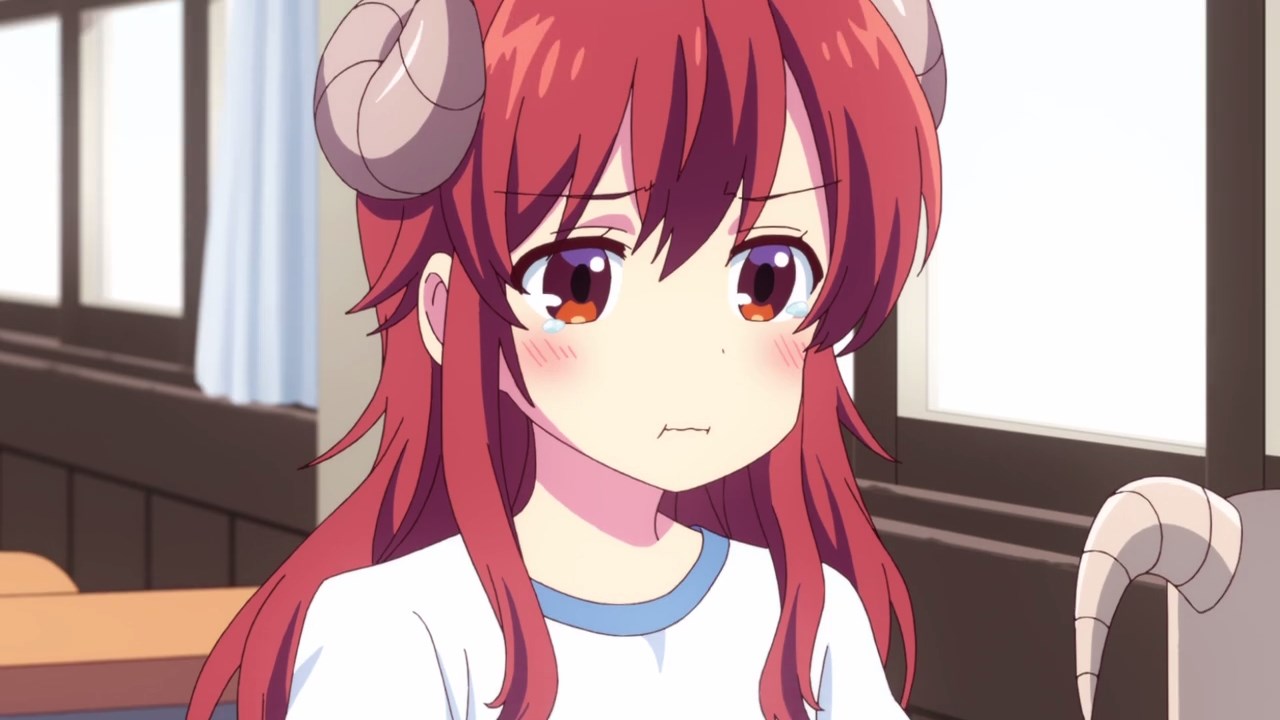 Anyways, looks like she’s having a bad day that Yuko is going to school in her gym clothes. C’mon, she’s pouting right now! 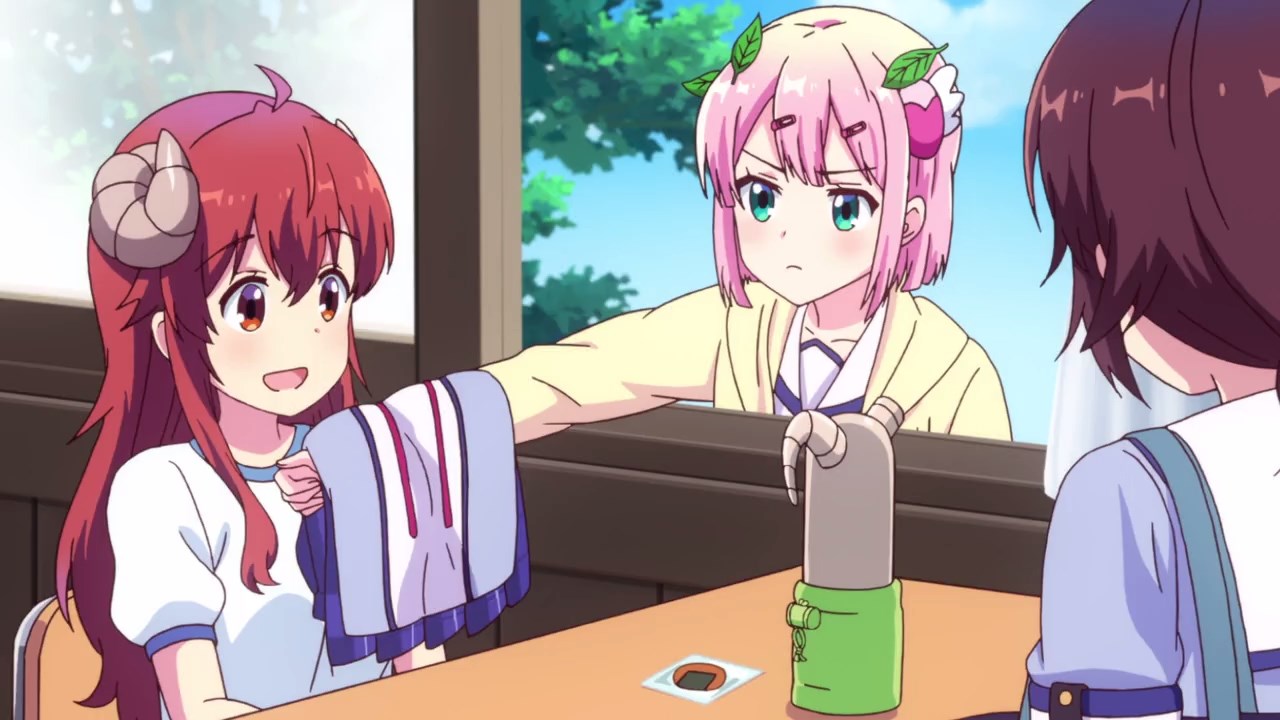 Good thing Momo Chiyoda brought Yuko Yoshida a spare uniform that she can wear for the rest of the day. Glad that a magical girl is helping a demon, albeit a bit weaker. 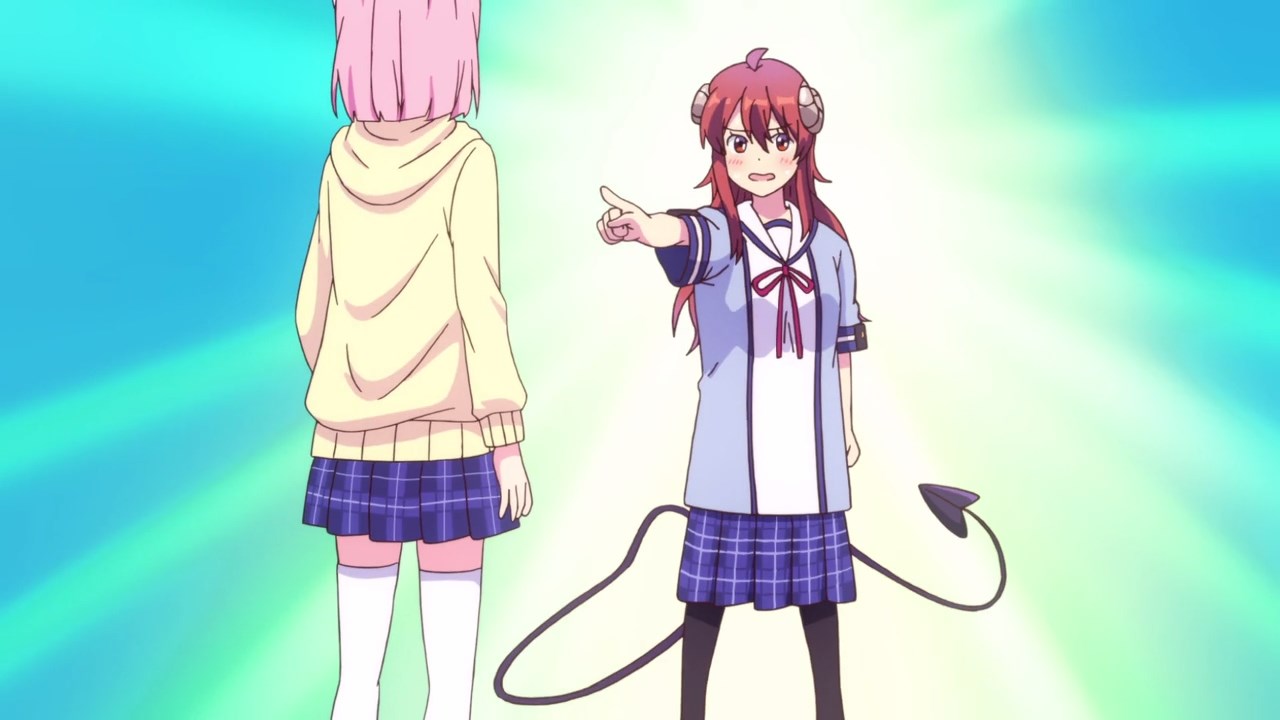 Also, seems that Yuko looks weird that I thought that the animators did a terrible job of screwing up her character, but it turns out that Momo’s spare uniform is too big for Shamiko. 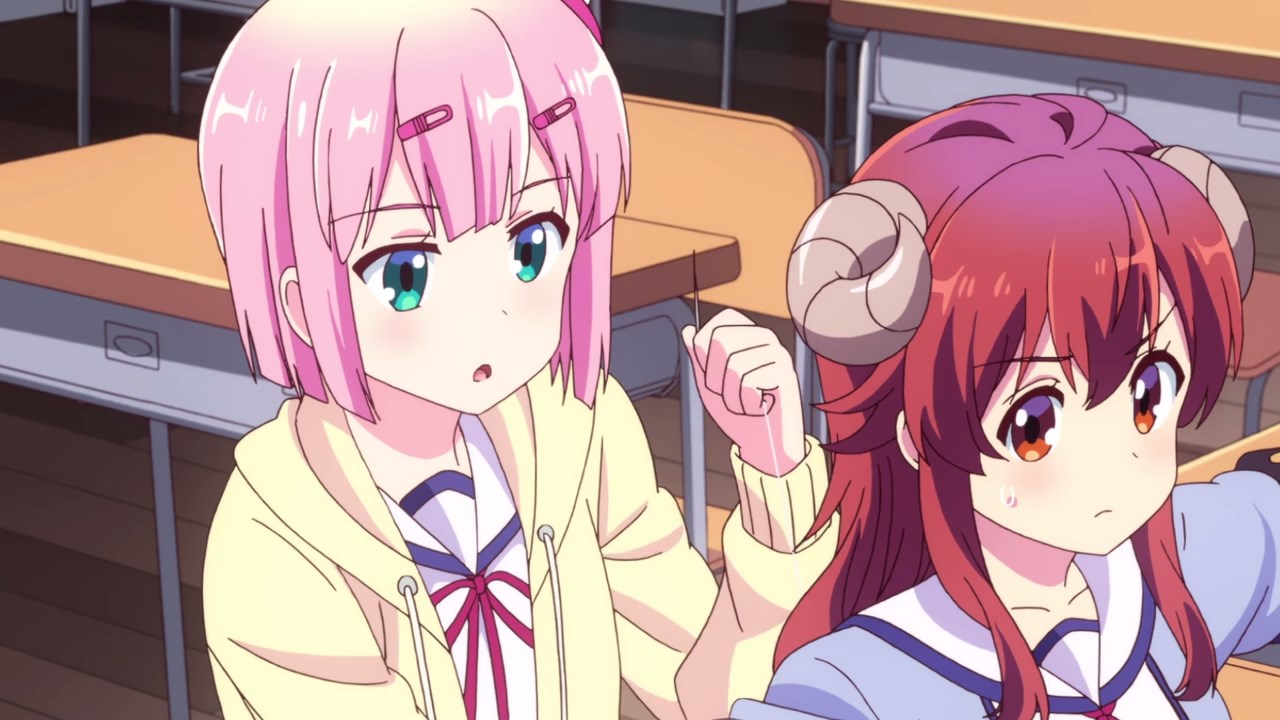 Fortunately, Momo will fix the spare uniform to match with Yuko’s body size. Y’know, Momo is one reliable magical girl that she sews her clothes like a pro. 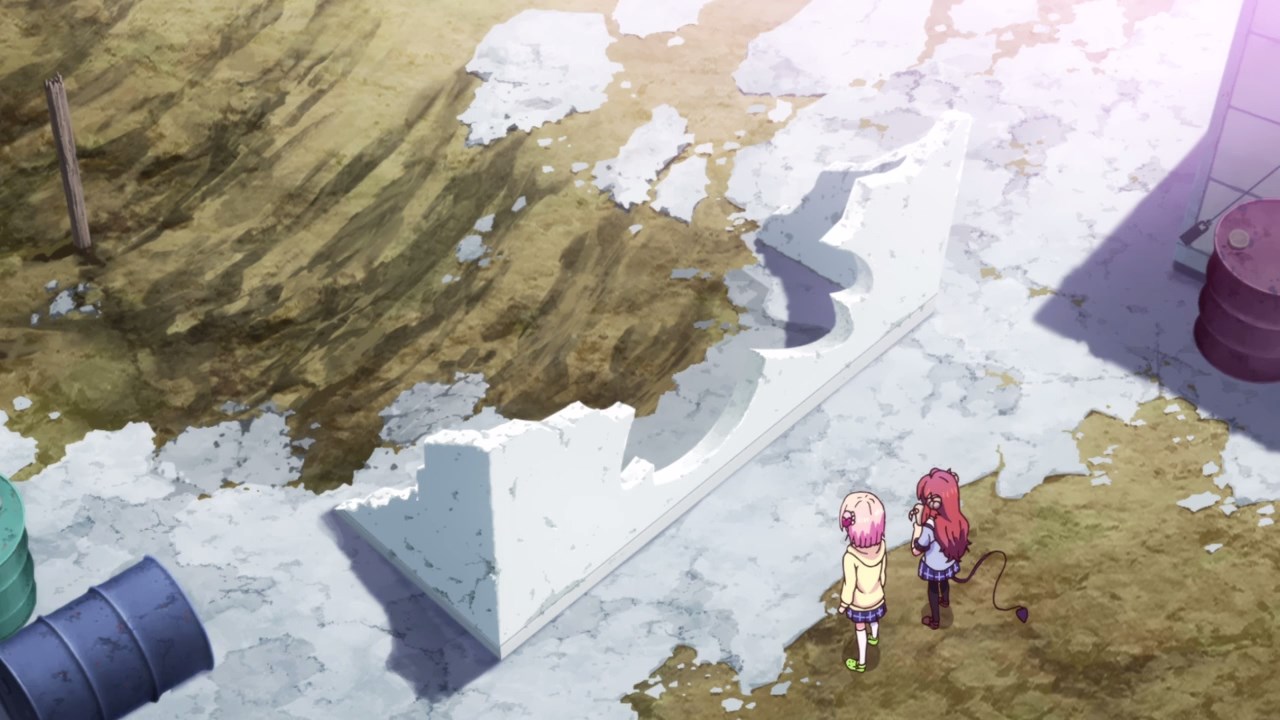 Now let’s move onto the next scene where Momo trains Yuko to become a better demon. Oh by the way, Momo Chiyoda wrecked this place when she was a magical girl. 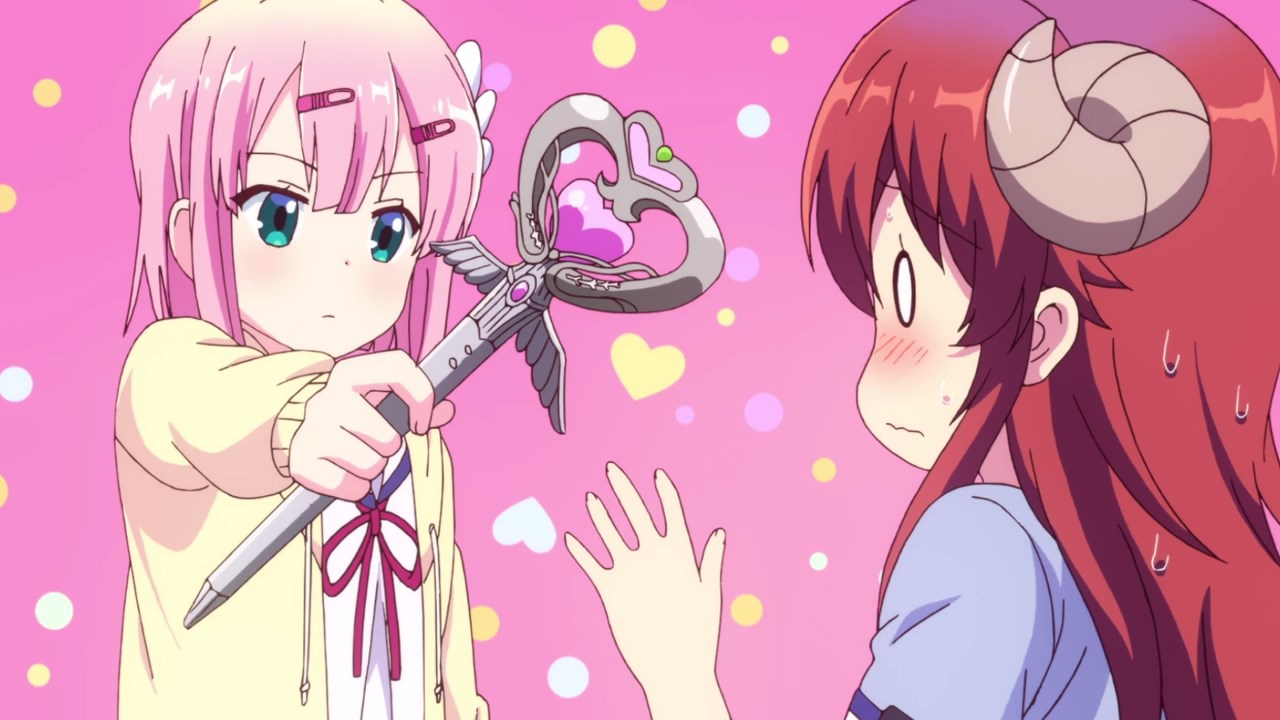 Anyways, Momo gave Yuko her magic wand for practice since the Shadow Mistress can’t fight at close range, therefore it’s best to fight a magical girl at a distance. 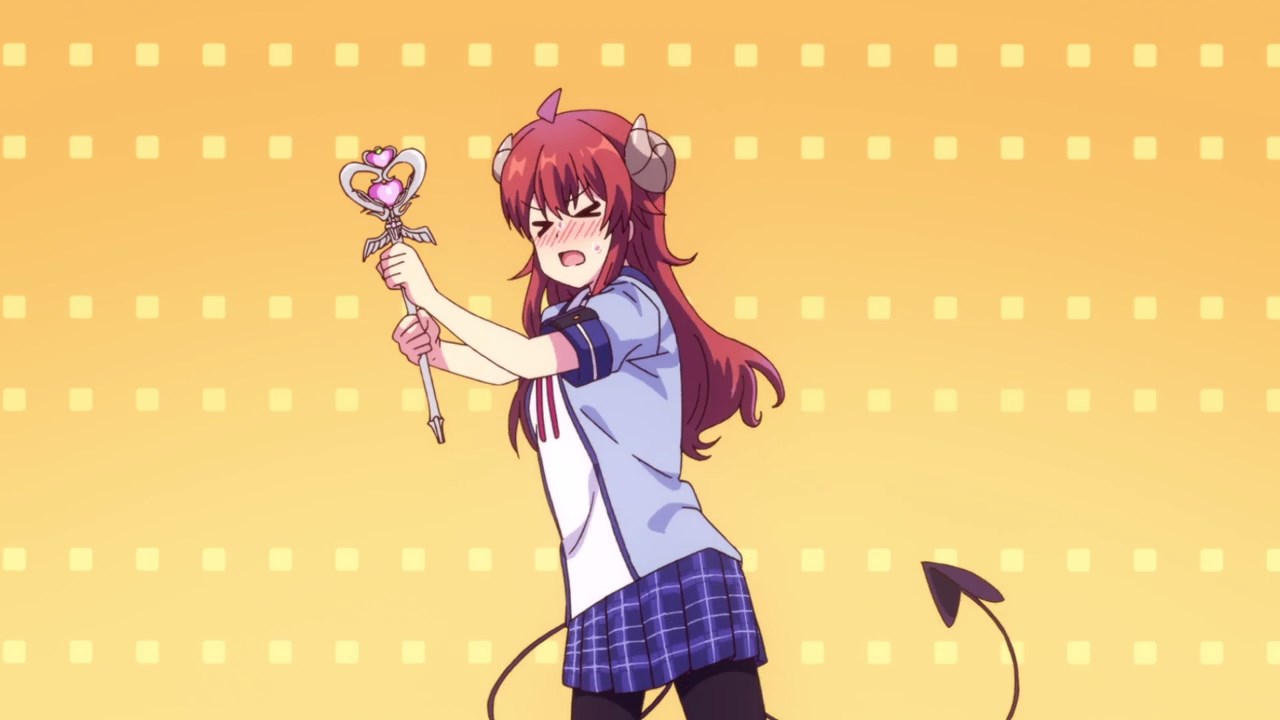 And so, Yuko Yoshida swings her magic wand until she can create a magic spell. Then again, I feel bad for her as Shamiko doesn’t have any talent when it comes to magic. 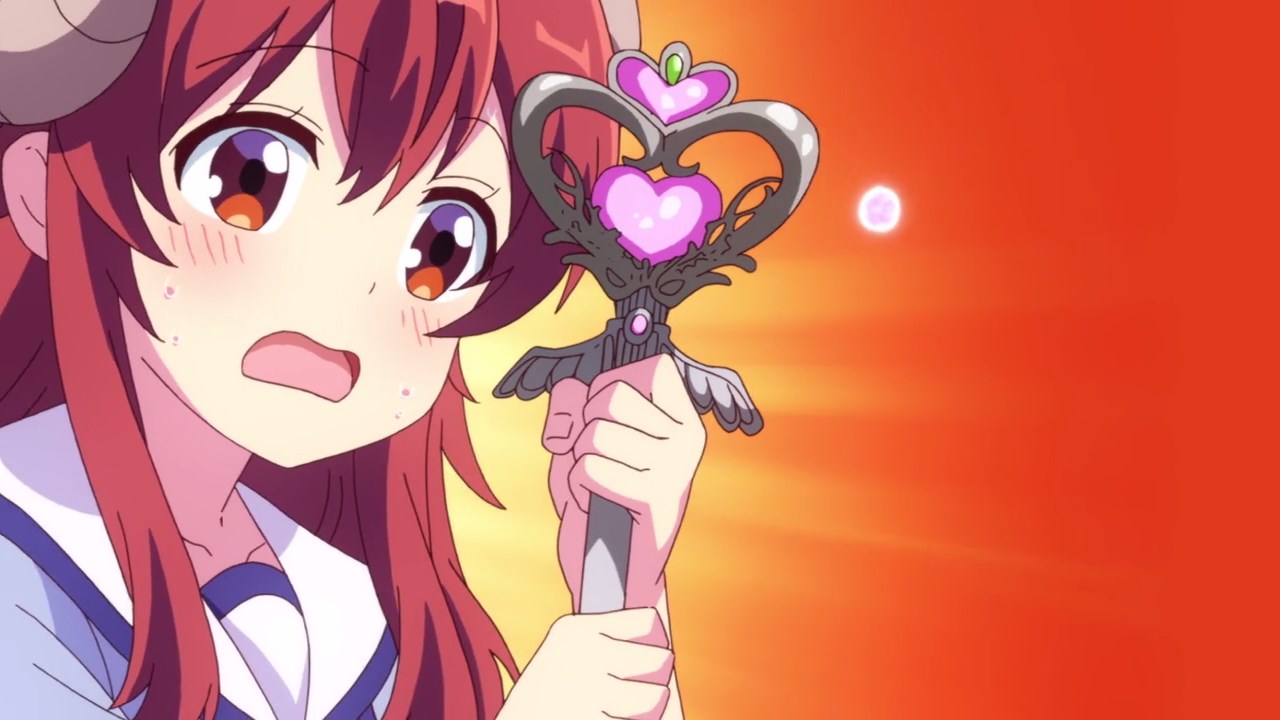 Scratch that, seems that Yuko managed to make one tiny magic ball. Well, I have to say that she made some progress there… 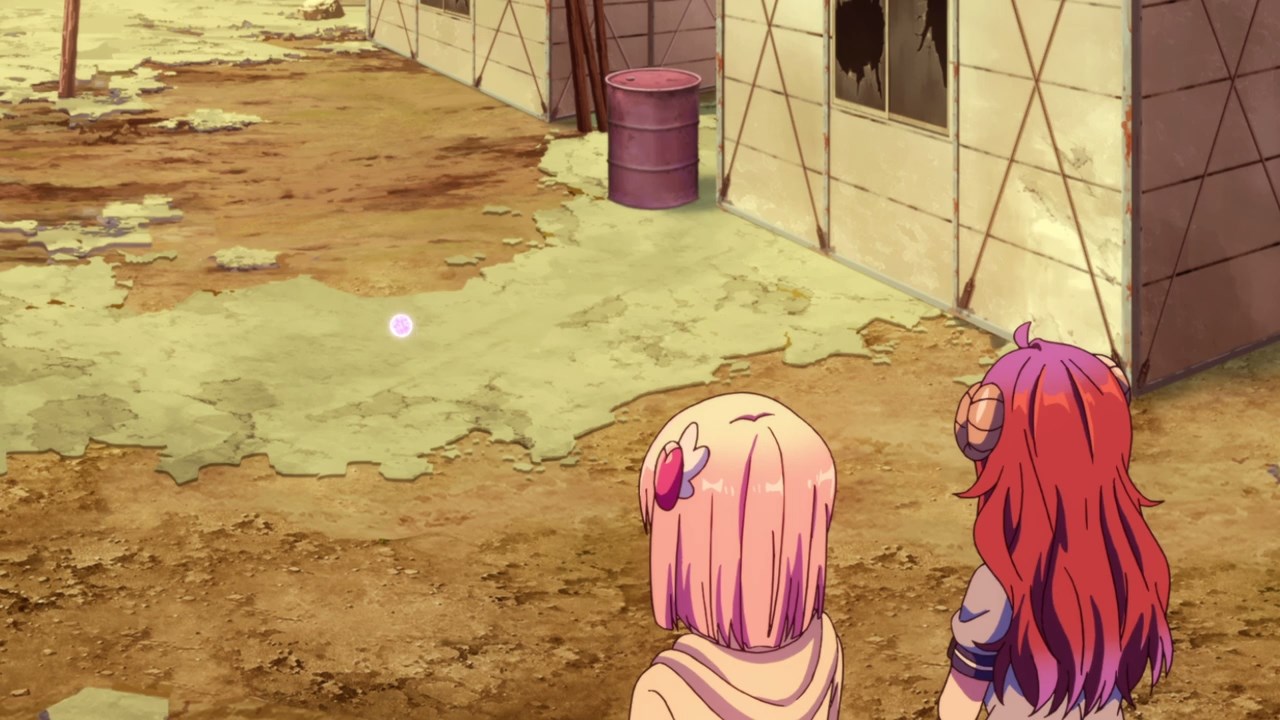 But then again, Yuko’s magic ball moves at a slower pace and it appears that it homes in towards her. Well then, looks like Yuko will have to run away if she doesn’t want to hurt herself! 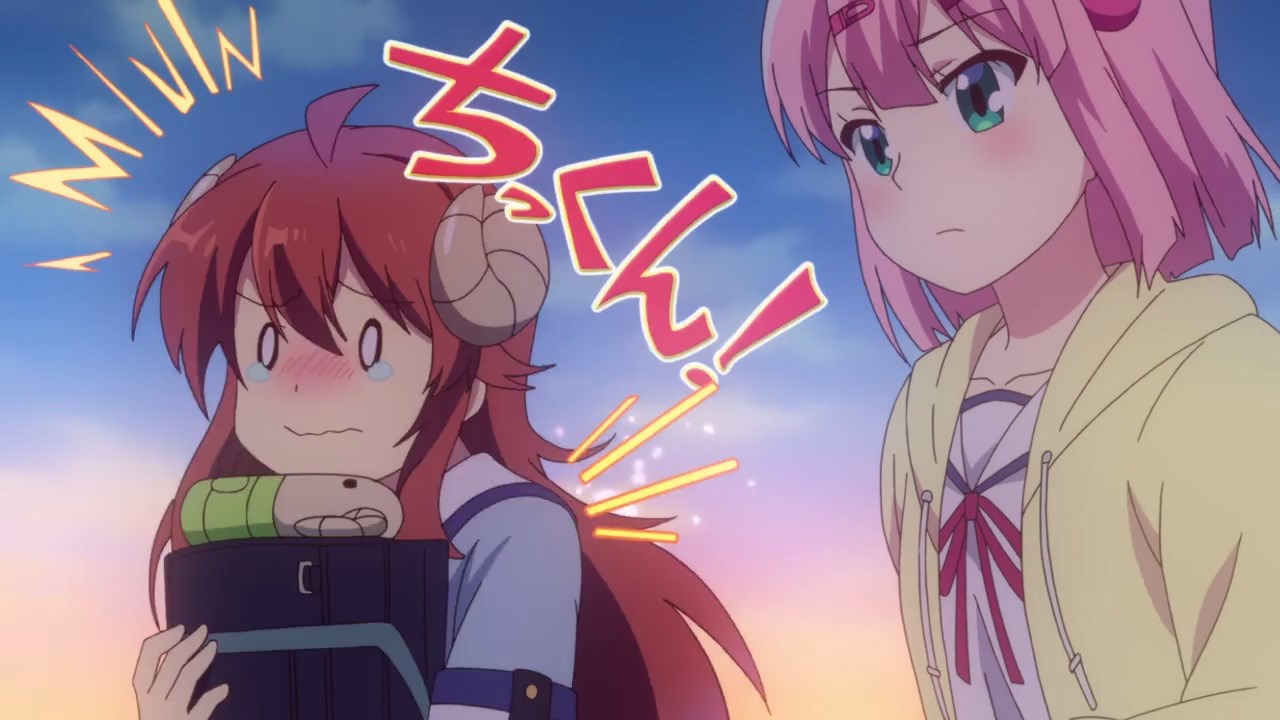 Nevermind, seems that the magic ball hits her like a bee sting. However, at least Shamiko can casts magic but she has a long way to go before defeating a magical girl.

Anyways, I’ll see you next time as Yuko Yoshida’s journey continues. Then again, I bet that she will never beat a magical girl at the end of this series because Yuko is one weak demon!