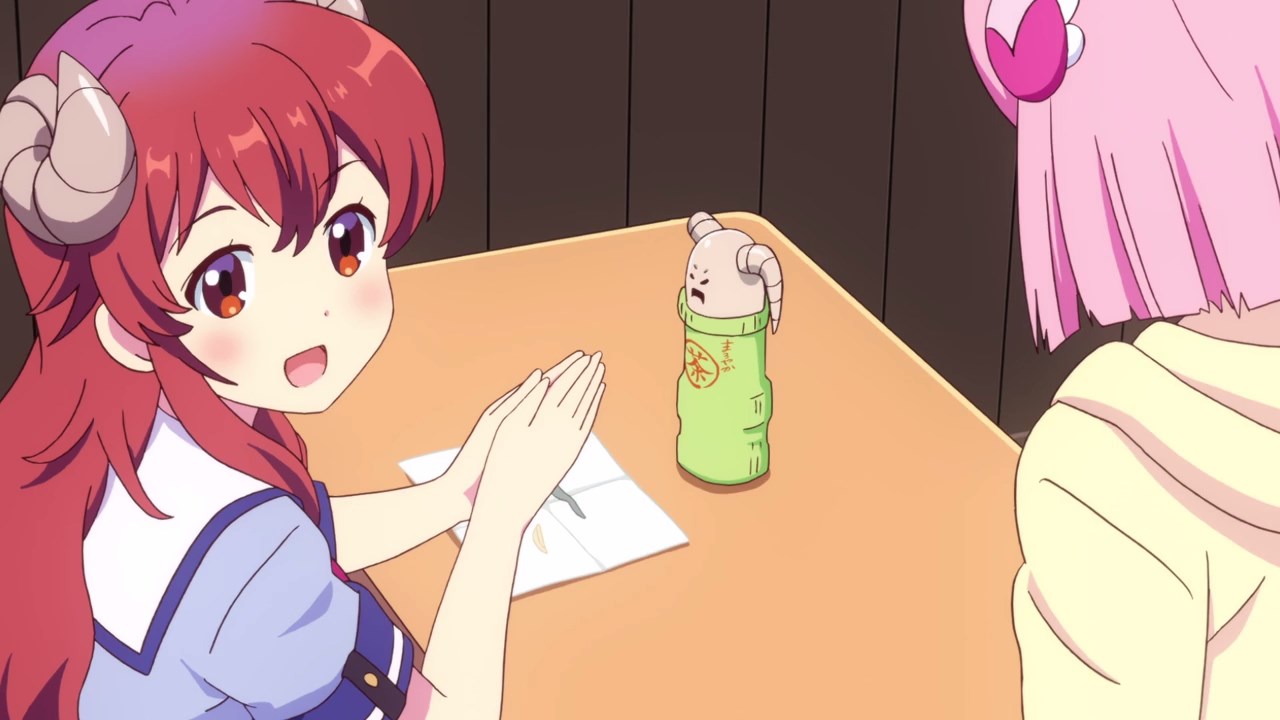 Here’s Yuko Yoshida as she offered something to her ancestor. Then again, Shamiko can only offer small bits as she’s too poor to give something bigger. 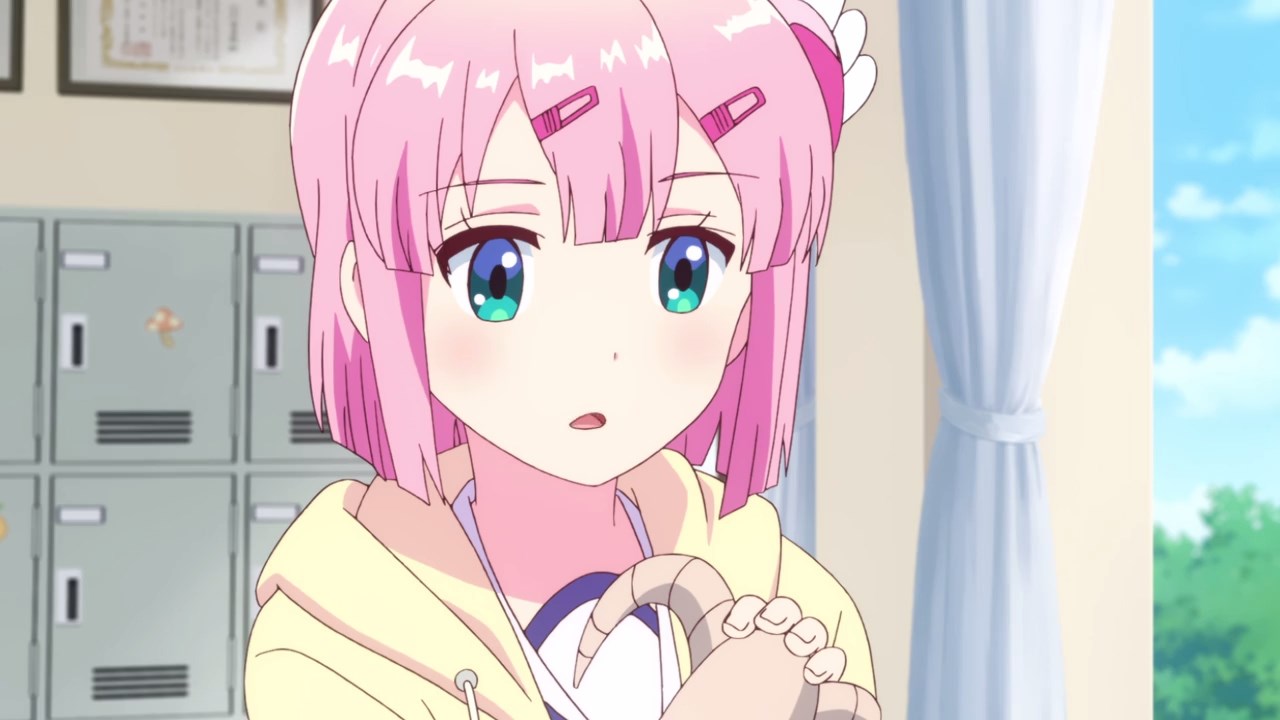 On the other hand, there’s Momo Chiyoda where she examines Yuko’s statue thoroughly, even as far as clicking the switch underneath it. Wait, does the Dark Clan Statue has a switch? 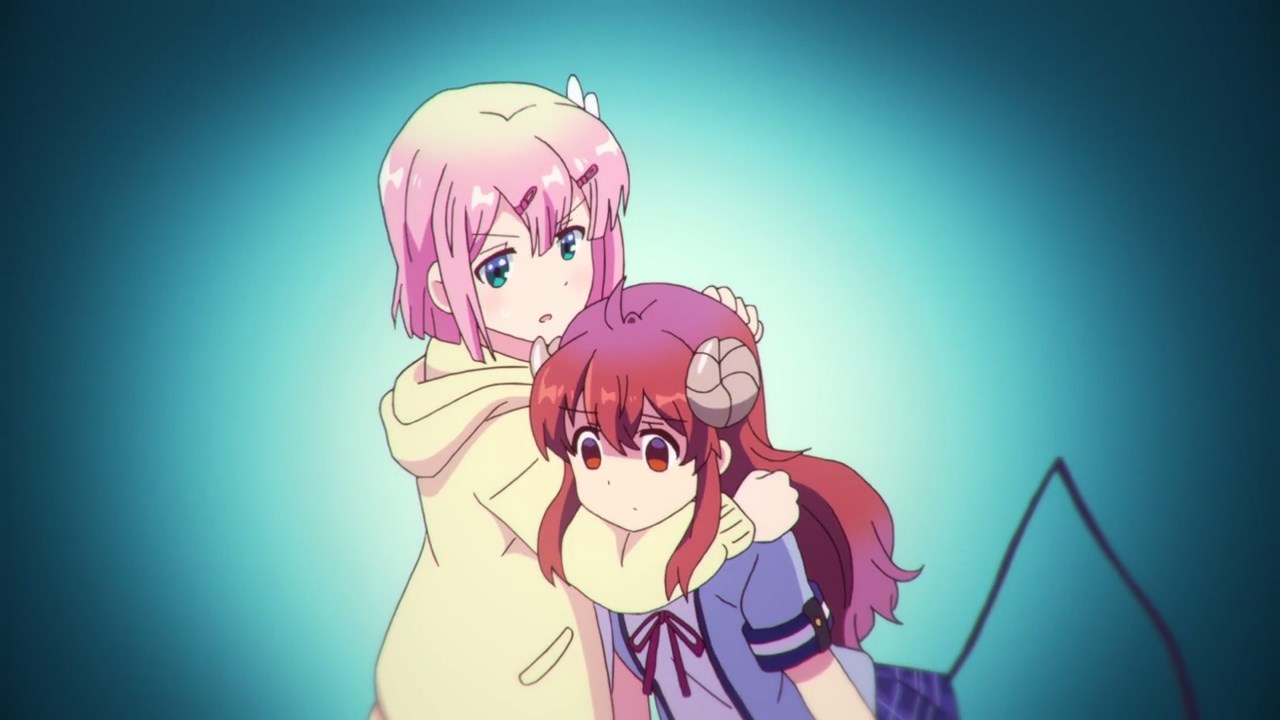 But once Momo flips the switch on the statue, Yuko suddenly lost consciousness. Y’know, that magical girl shouldn’t mess with someone’s things. 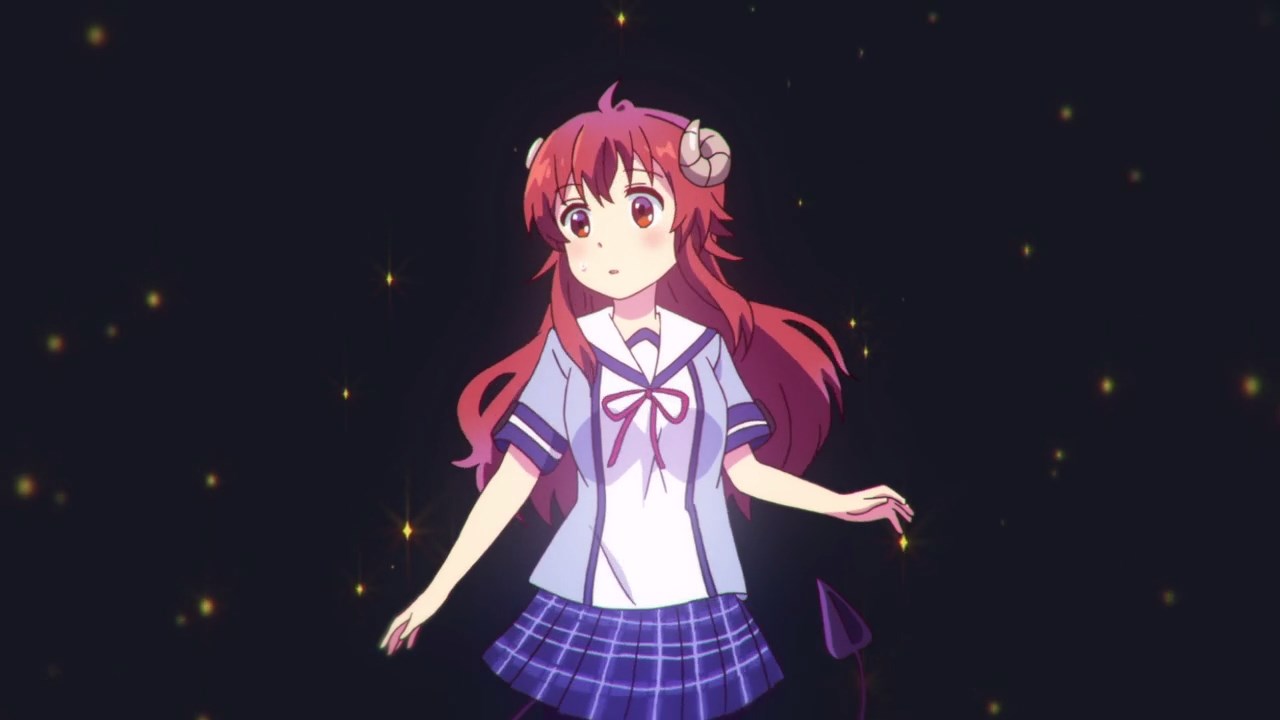 Speaking of Yuko, looks like she was transported to another dimension. Or rather, she’s just dreaming again which means that Shami- I mean Shadow Mistress Yuko will see Lilith for another time. 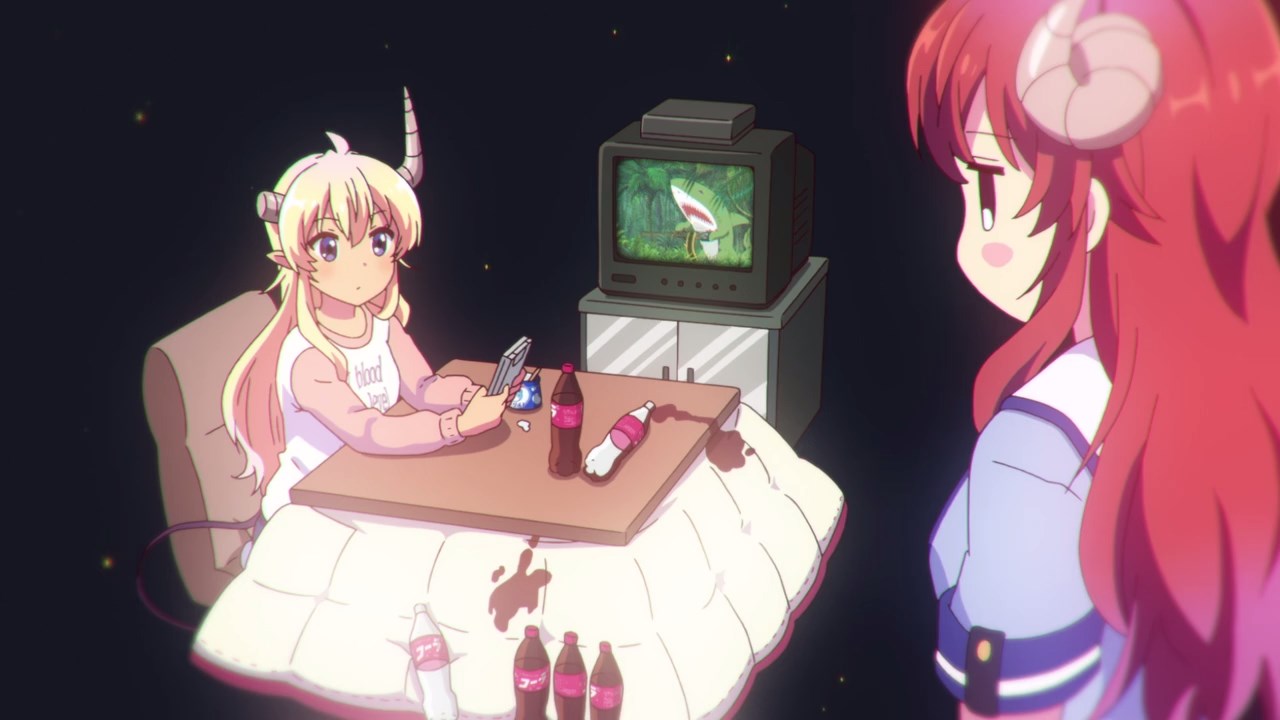 Except that Lilith is just laze around and watch TV like a slob. Hm, I have a feeling that the reason why the Dark Clan lost over the Light Clan is because they can’t get serious. You know what, it’s time for Lilith to stand up and fight! 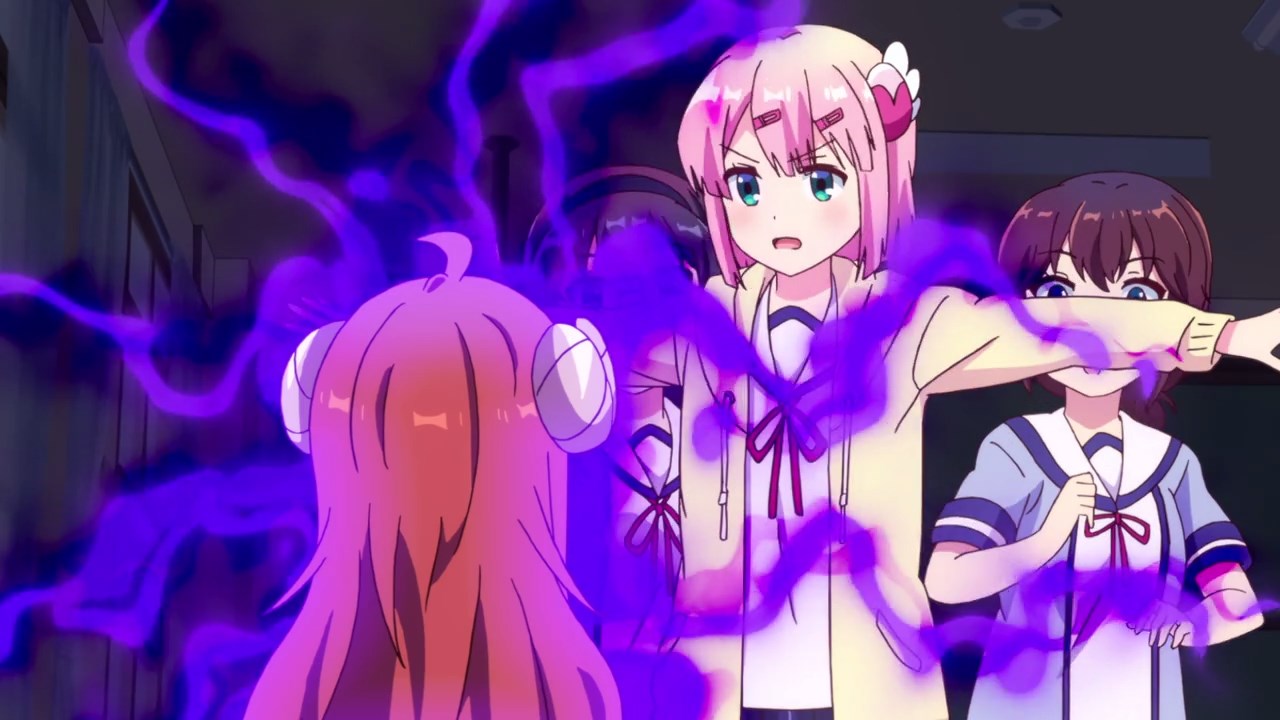 Suddenly, Yuko Yoshida’s body is emitting a dark aura that Momo Chiyoda told the girls to step back. Hm, I wonder if Shamiko unlocked her new powers? 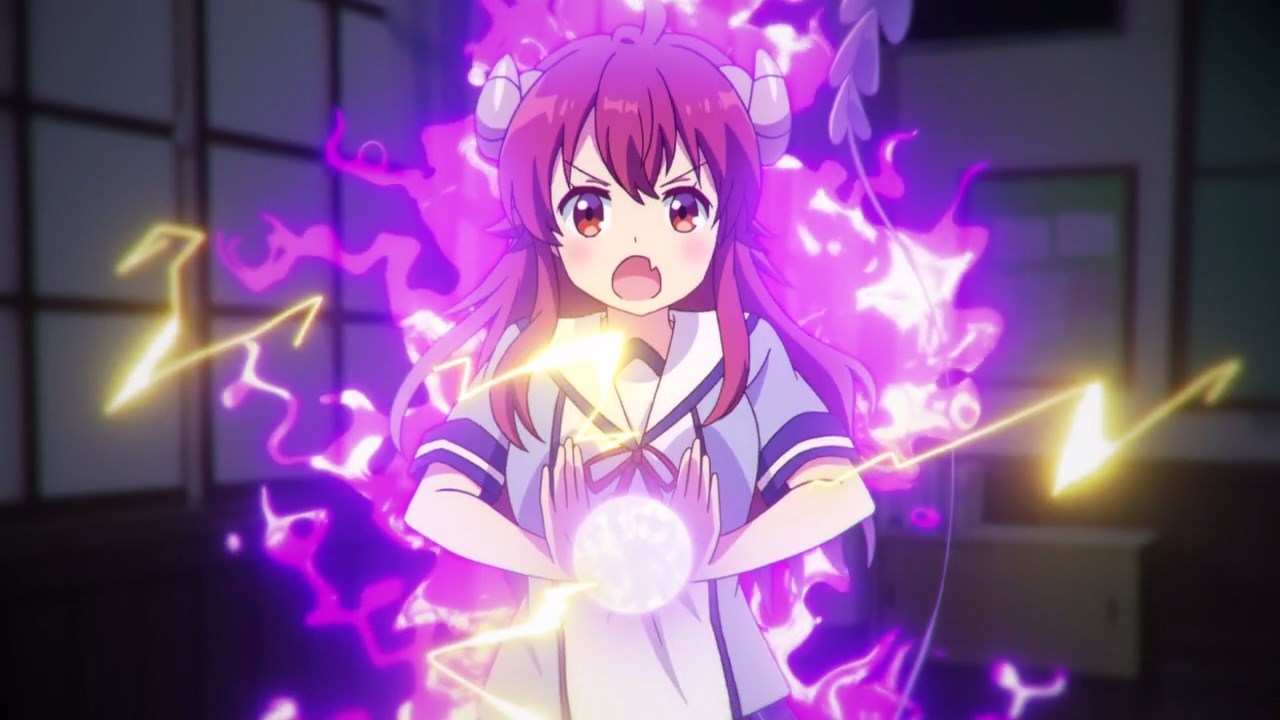 Nope, turns out that Yuko’s body was taken over by Lilith as she unleashes her powerful magic… 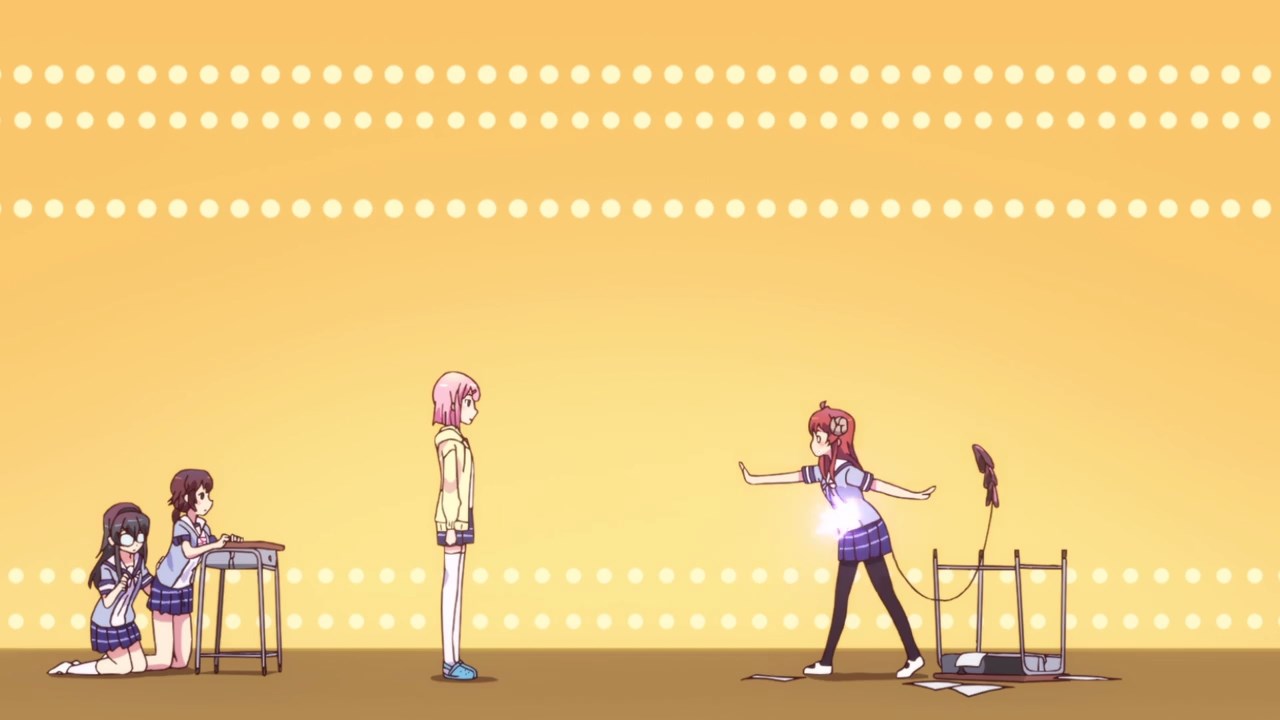 …which sends it back to her instead of Momo. Oh yeah, and it still stings like getting injected in the butt. 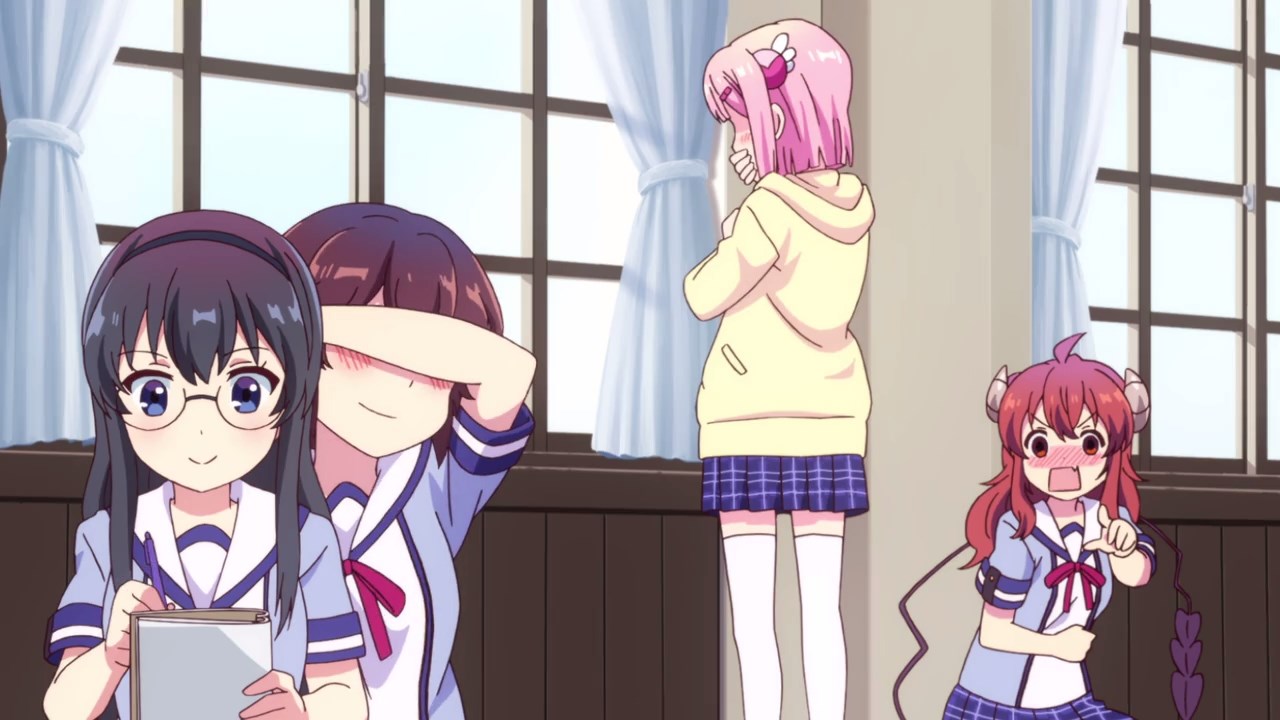 And to make matters worse, Yuko’s classmates are making fun of her. Man, what a bad day for Lilith but you know what, I think she should bring Yuko back ’cause it’ll be bad if her body got real sore. 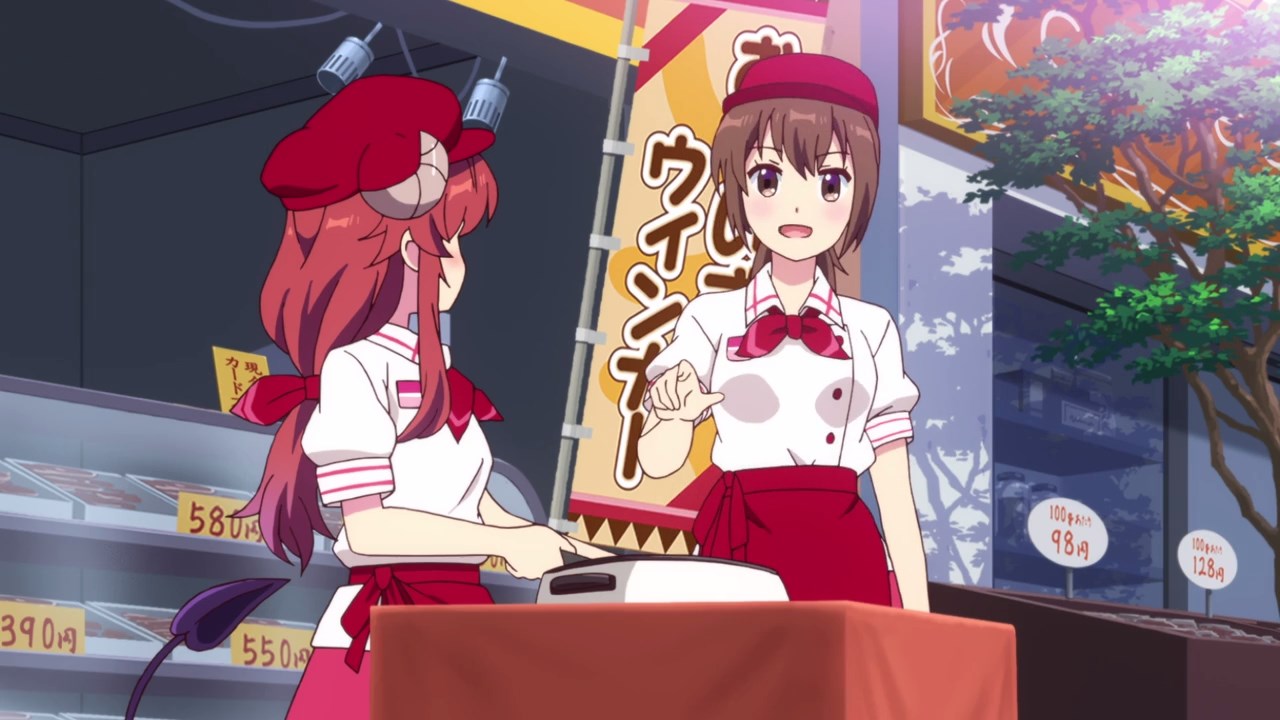 Moving onto the next scene where Yuko Yoshida went to a part-time job because c’mon, the Shadow Mistress wants to support her family.

Oh yeah, and the manager told Yuko that she’ll give her unsold packs of hot dogs once her shift ends. But anyways, time for Shamiko to sell some wieners! 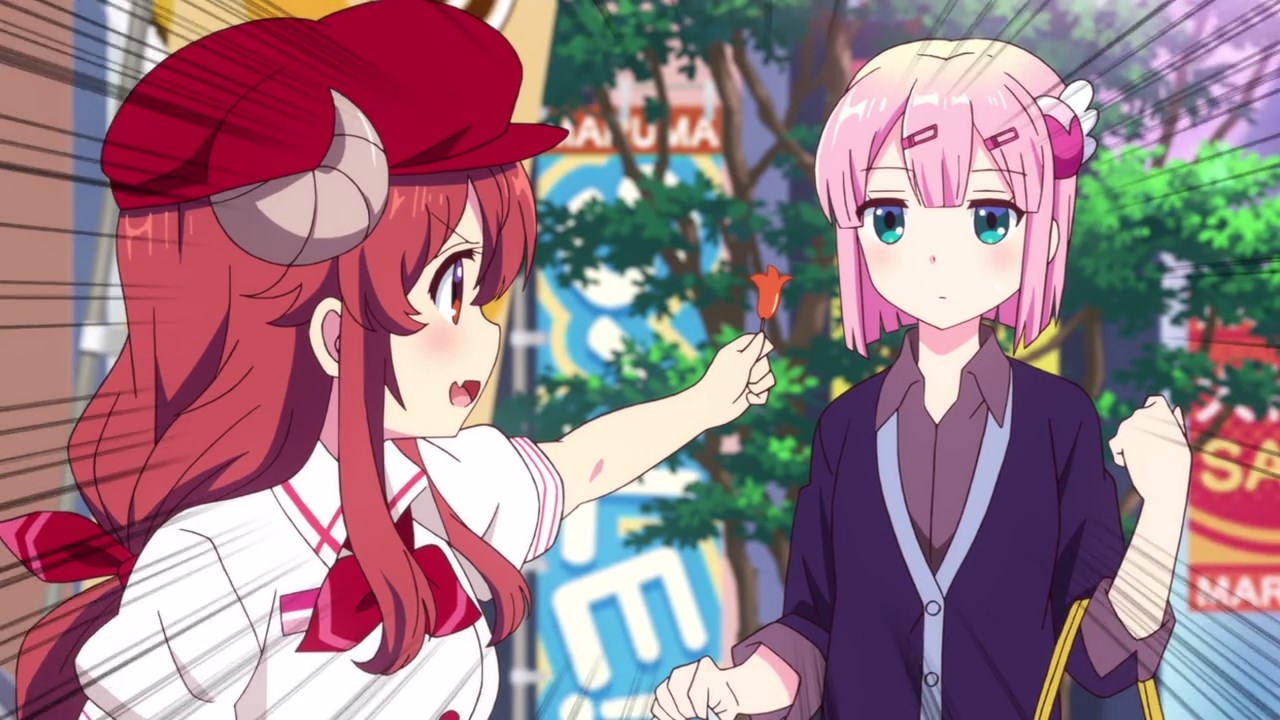 Except that her customer is actually Momo Chiyoda. That was surprising and oh, Momo wants to eat that lemon basil wiener! 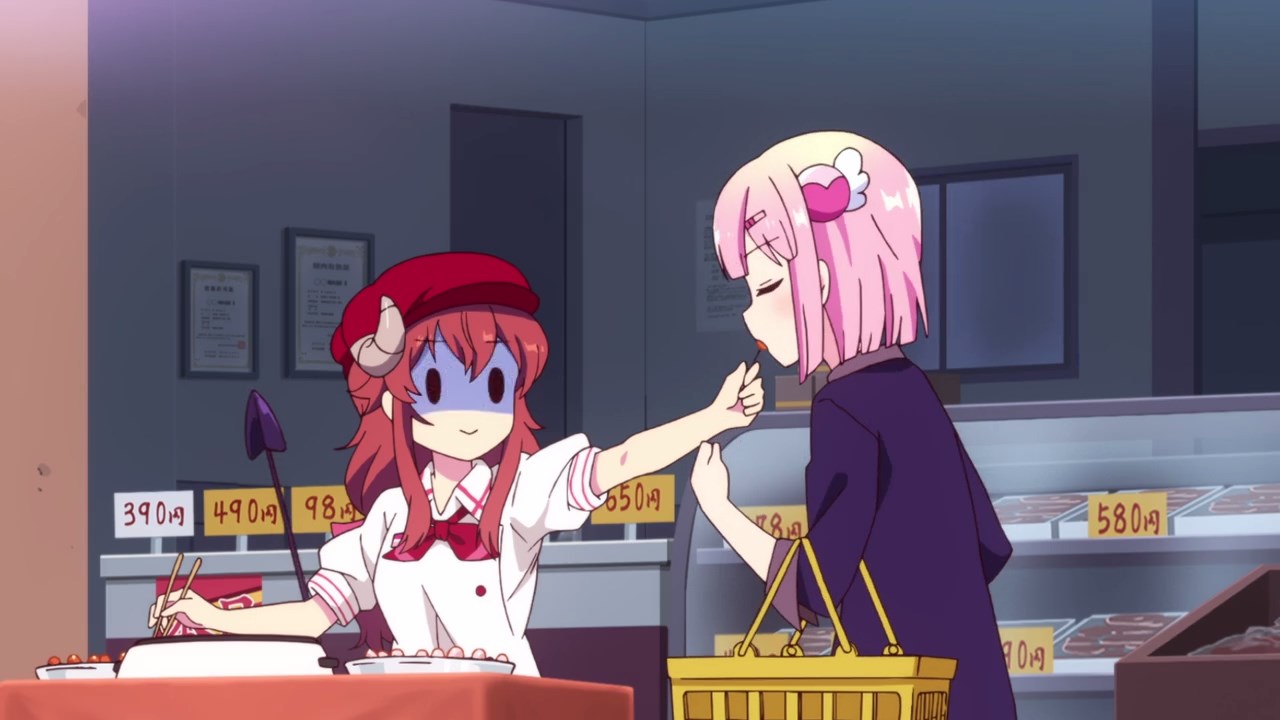 Well, seems that Momo already took a bite and she enjoyed it, much to Yuko’s horror as she might get beaten up by a magical girl if Momo got pissed at her. 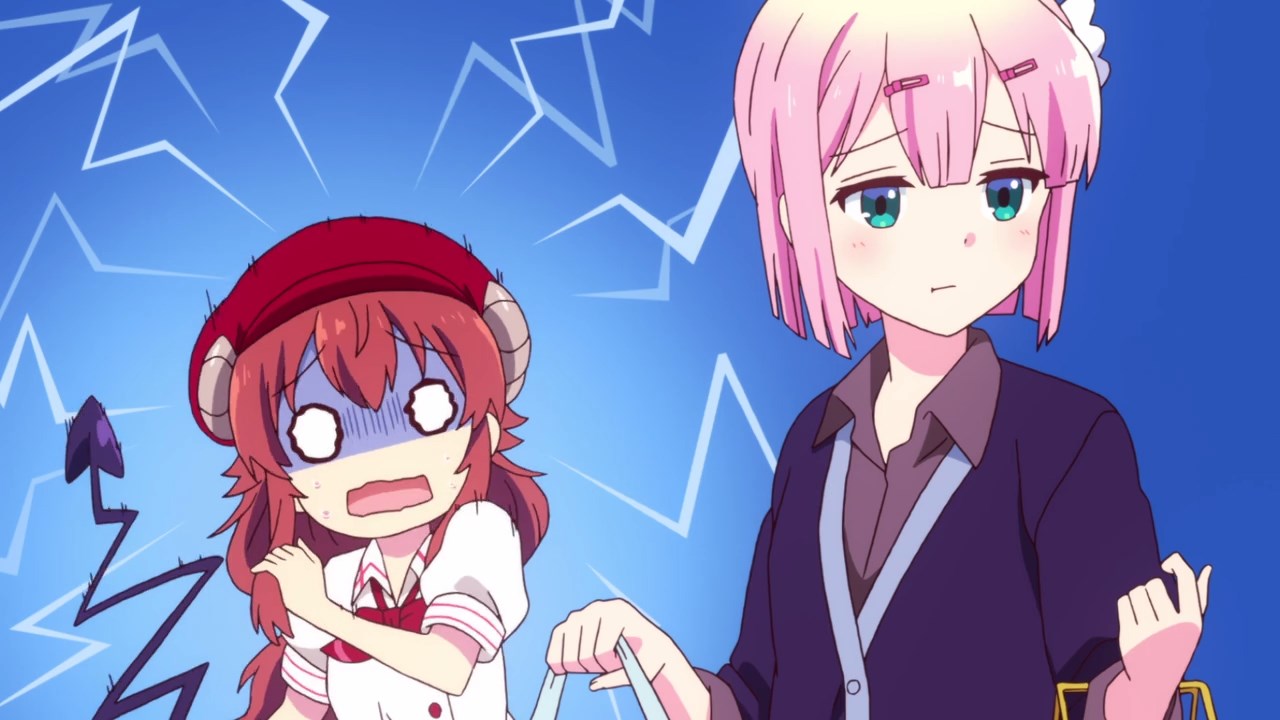 But while at the same time, Yuko is angry that Momo is here. C’mon Yuko, at least this magical girl wants to buy your wieners! 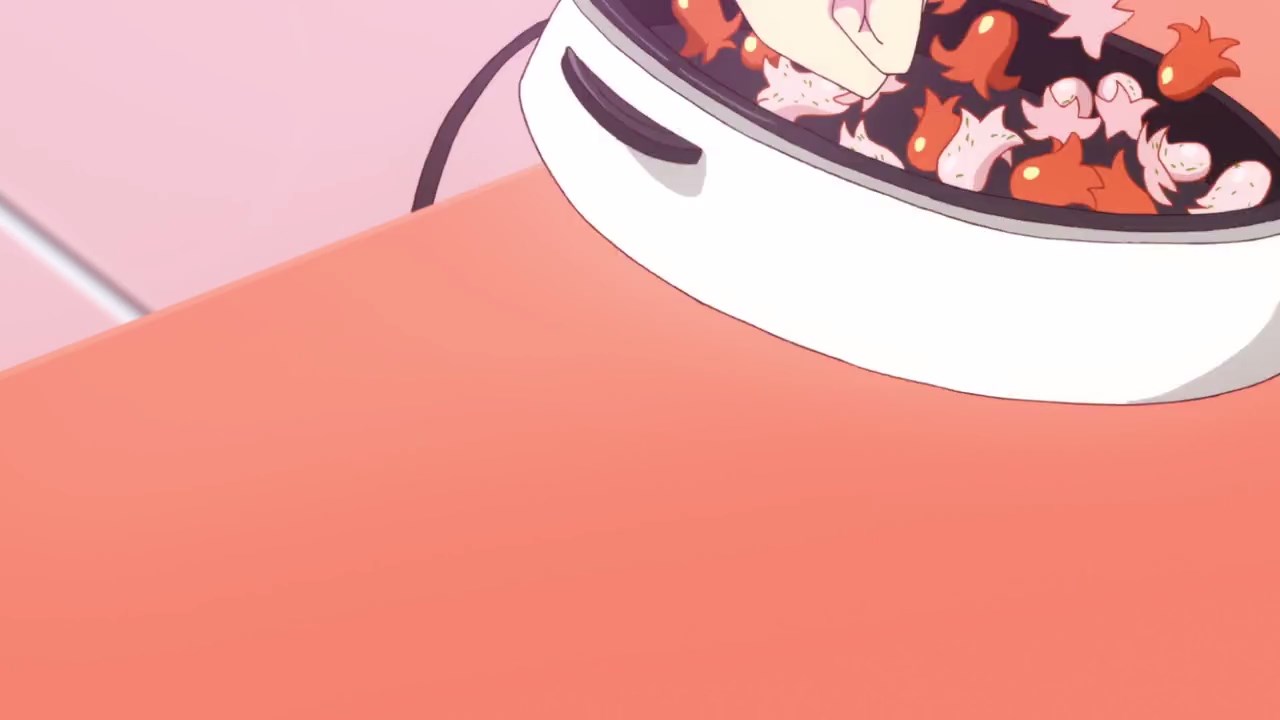 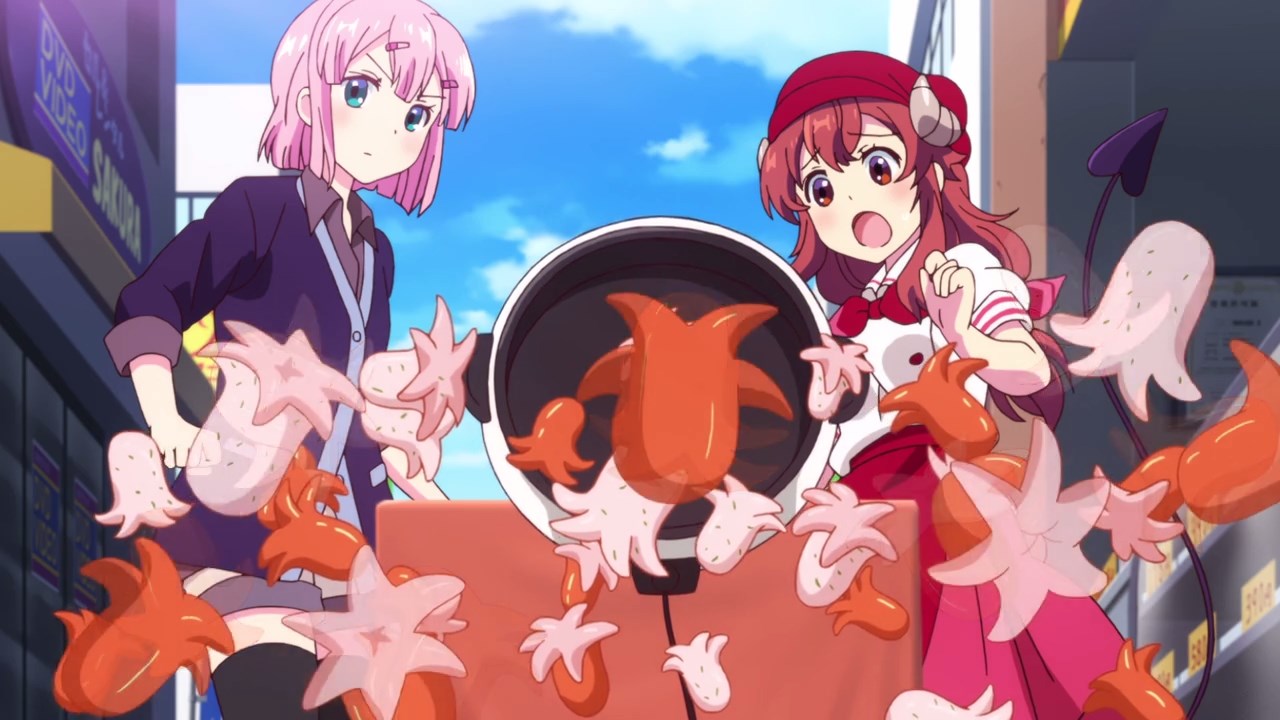 Suddenly, Yuko smashed the electric stove that all of the wieners are gonna fall down to the ground. Looks like Yuko won’t get her reward now that the wieners will be soiled. 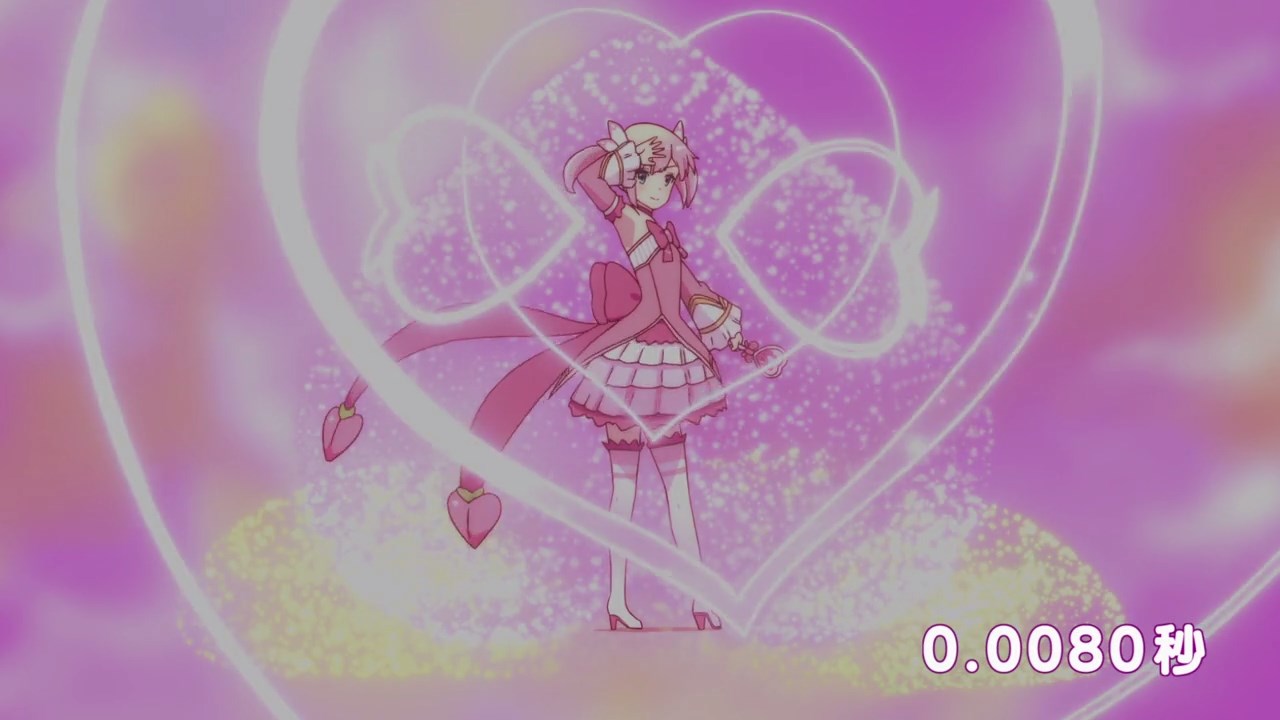 But then again, there’s Magical Girl Momo in which she used her magic after transforming her costume in 0.008 seconds. 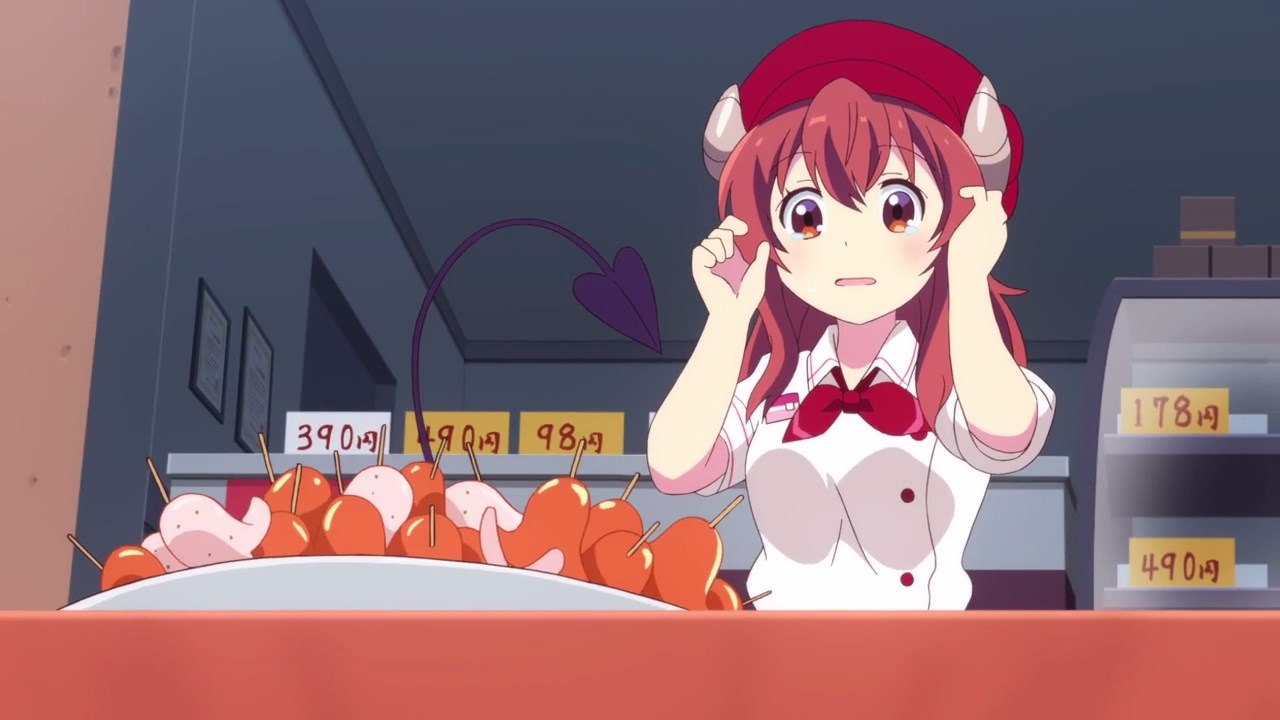 And as you can see, all of the wieners are safely placed on a plate. Oh, and they’re cooked too.

Okay, I wonder how did Magical Girl Momo managed to save those wieners? 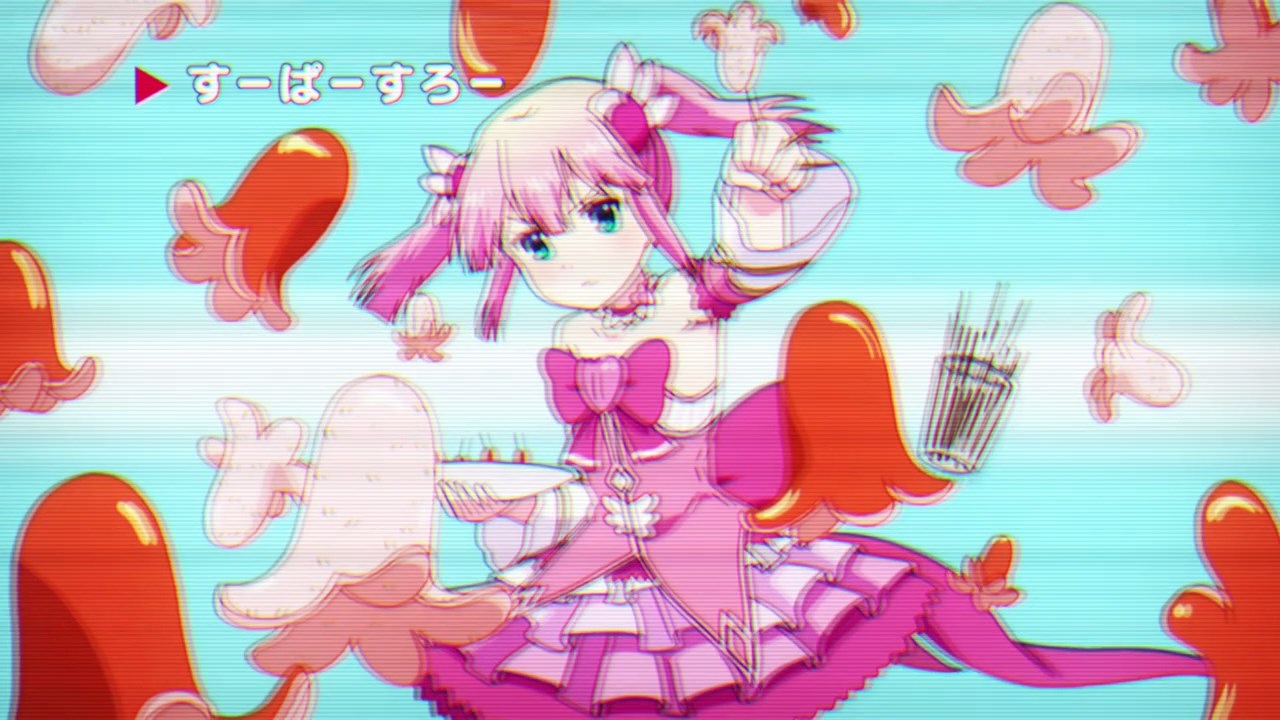 Turns out that Momo Chiyoda move so fast that you need a high-speed camera to see how she catch those wieners and cook them. Come to think of it, did she manage to save them in just 0.008 seconds? 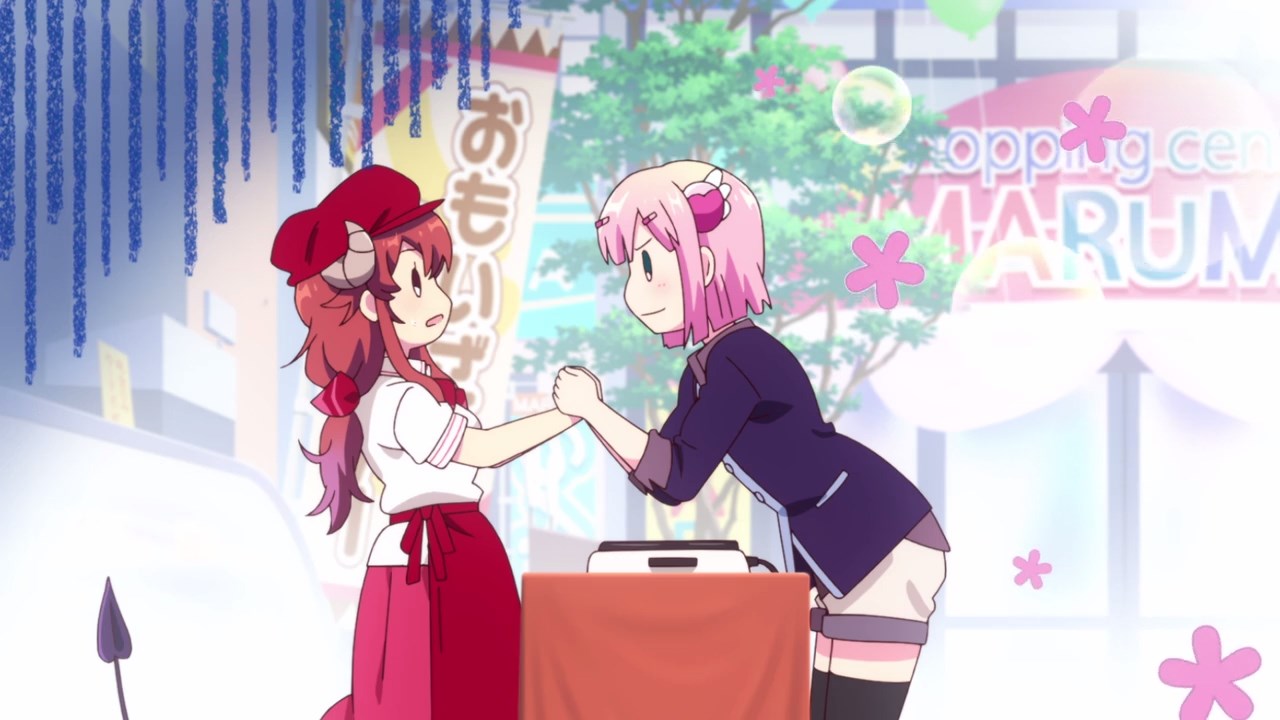 Anyways, looks like Momo is happy that she found something amazing upon saving those wieners from being spoiled, like moving at the speed of light. 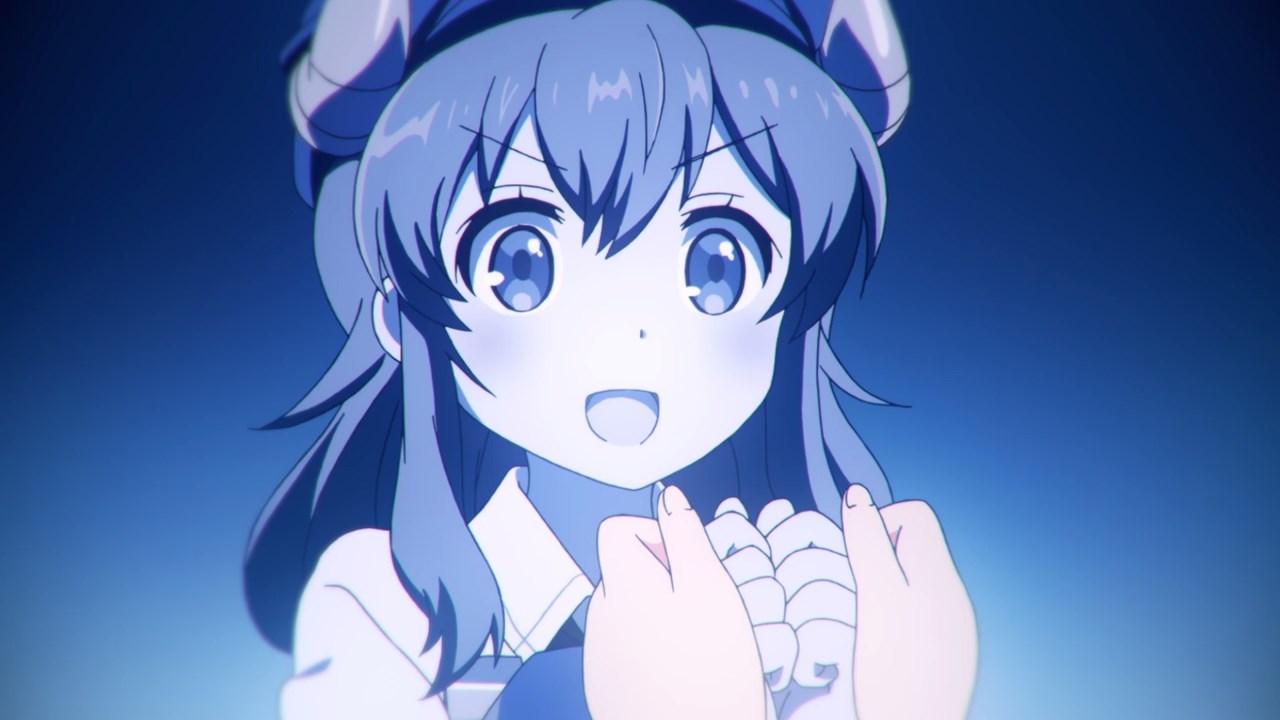 But as for Yuko Yoshida, she’s pretty much scared that Momo become stronger than before. Looks like she can’t beat Momo now! 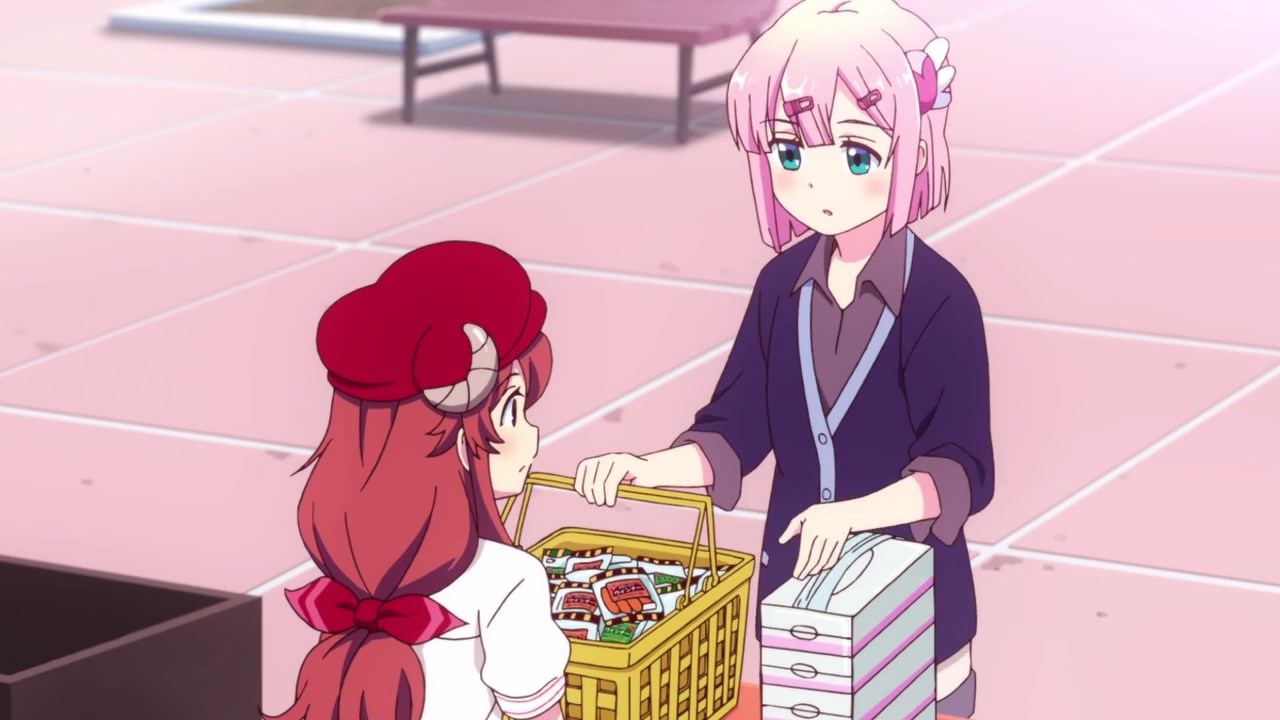 Oh yeah, Momo Chiyoda wants to buy all of the hot dogs because she loves eating them.

But wait, what about Yuko Yoshida’s reward? I mean, she was supposed to get some packs of hot dogs after her shift? 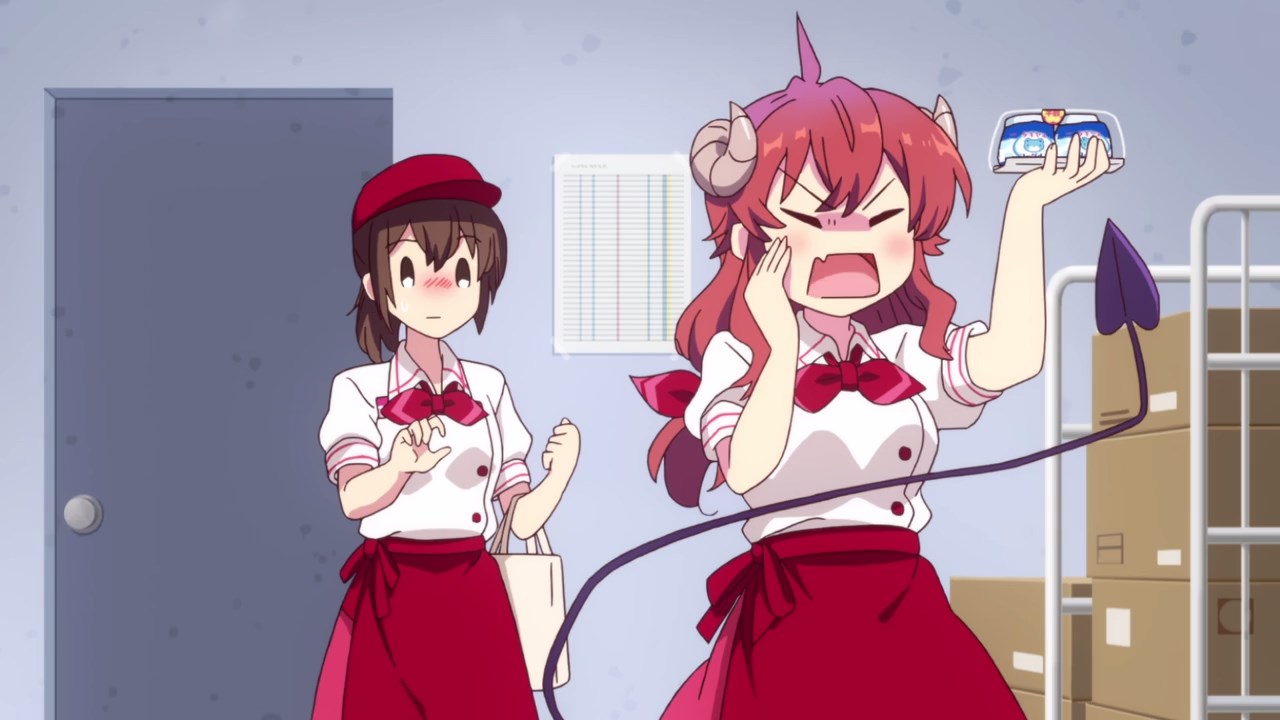 Oh right, Momo bought all of them so Yuko will have to settle with yogurt instead. But hey, yogurt is good for her health… unless she has lactose intolerance.

Anyways, another episode has ended as Yuko Yoshida’s road of bringing back the glory of the Dark Clan has gotten harder than before. But don’t worry though, there will be next time for Shadow Mistress Yuko!