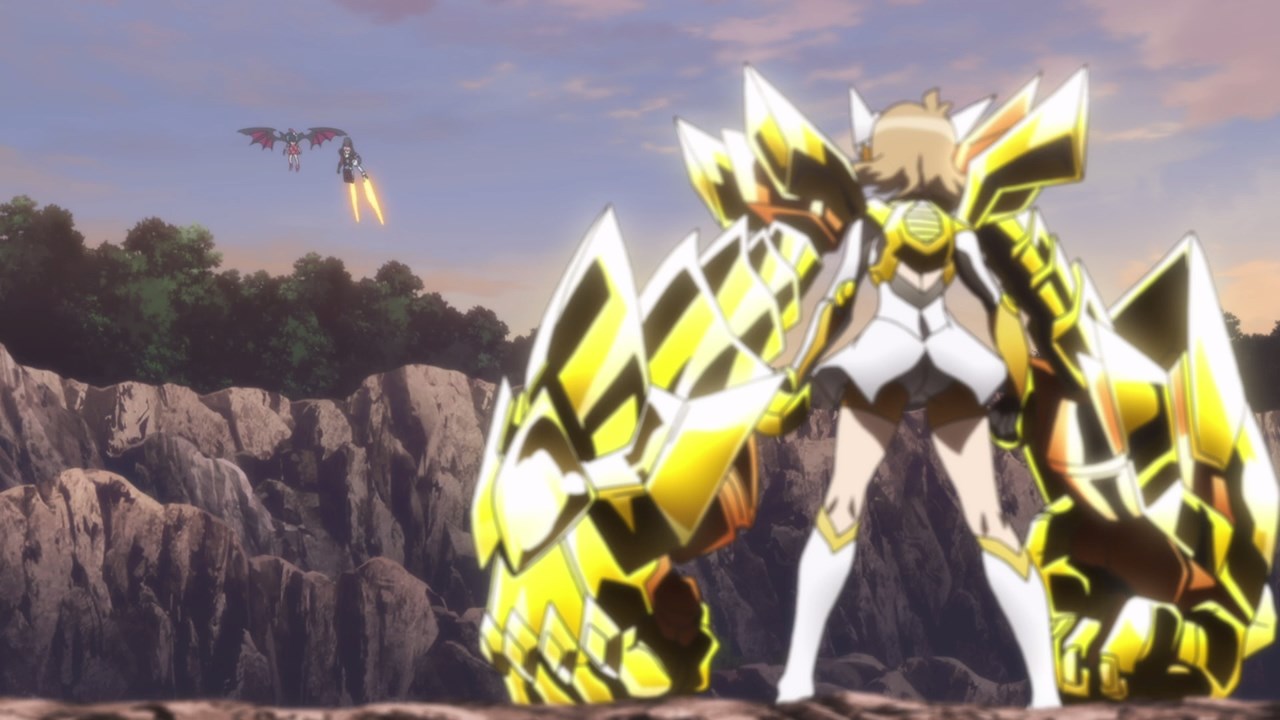 Well everyone, seems that Noble Red got away once again and man, I blame Fudou Kazanari for throwing a spanner at SONG! 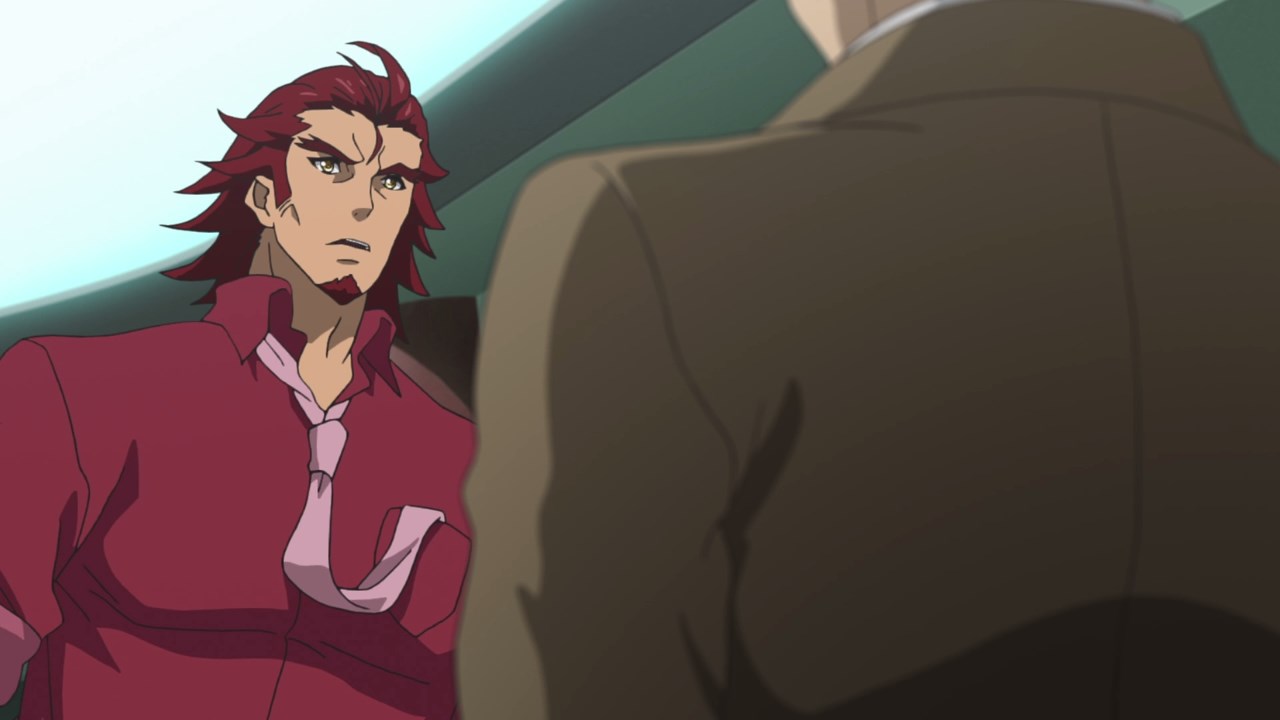 But speaking of SONG, Genjuro Kazanari was approached by inspectors who are alarmed that the Symphogear users are using a new weapon they didn’t approve. What, are they gonna blame on Amalgam just because Hibiki Tachibana tried to stop the remnants!? 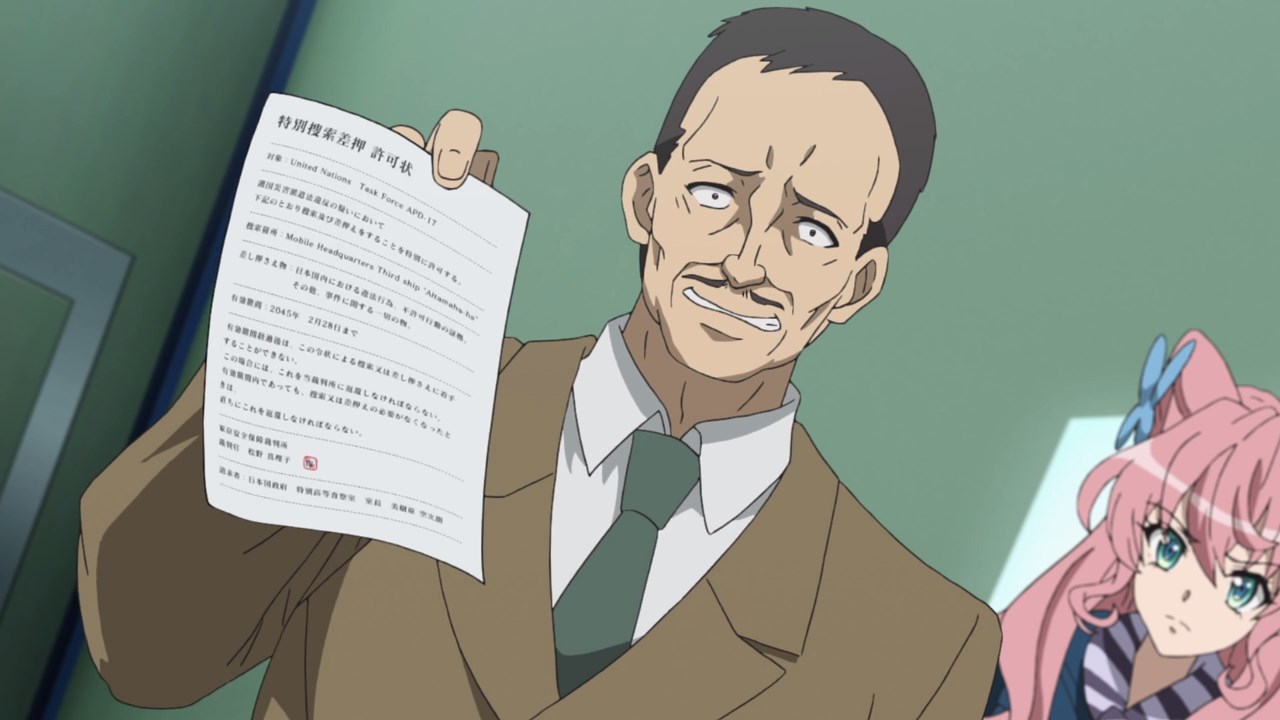 But you know what, these inspectors are very shady as they’re gonna criminalize SONG because of a new powerup.

And if the Symphogear users are arrested, who’s gonna protect Japan from the threat of Alca-Noises, as well as the Bavarian Illuminati? Oh, and don’t bet on Fudou Kazanari on protecting the country. 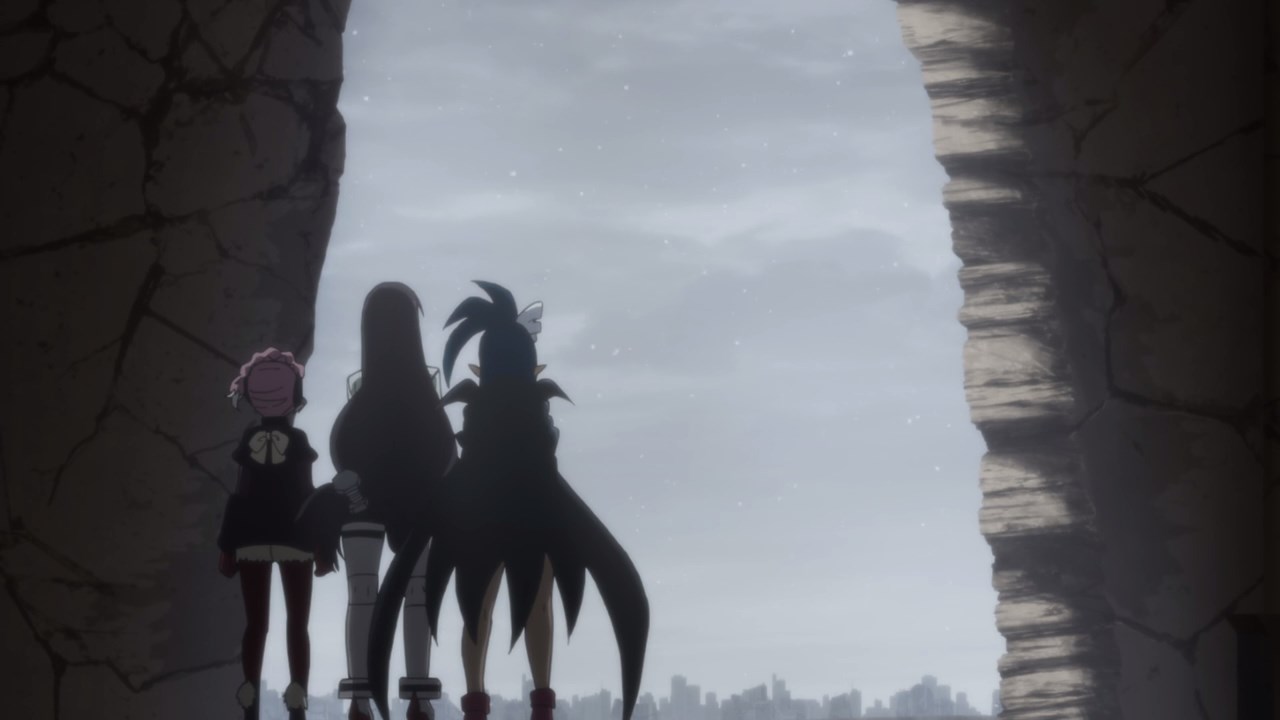 Meanwhile, Noble Red went to another safe spot as they’re still licking their wounds from their previous battle. Then again, Vanessa and her friends needs some of that special blood packs in order to survive. 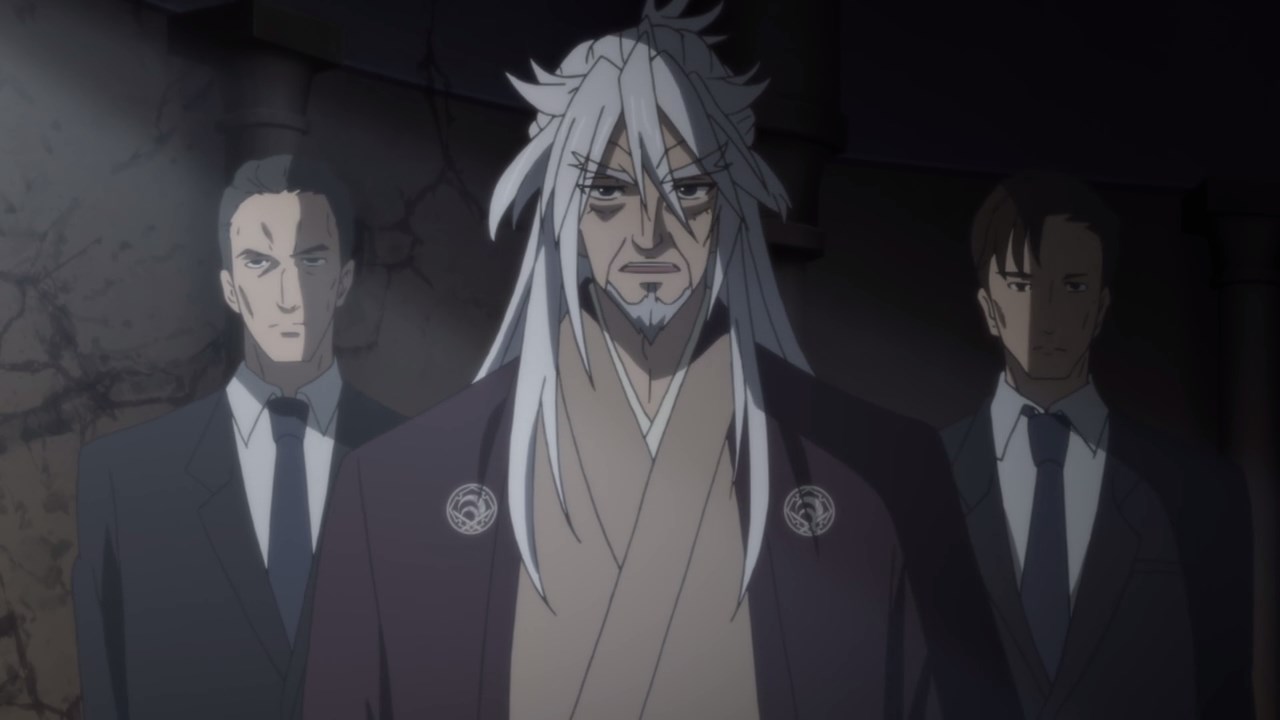 Fortunately, Fudou Kazanari is here to give them blood packs in exchange for tweaking the Bracelet of Shem-ha so that he can use it. Of course, I’m curious to know what place are they hiding from SONG? 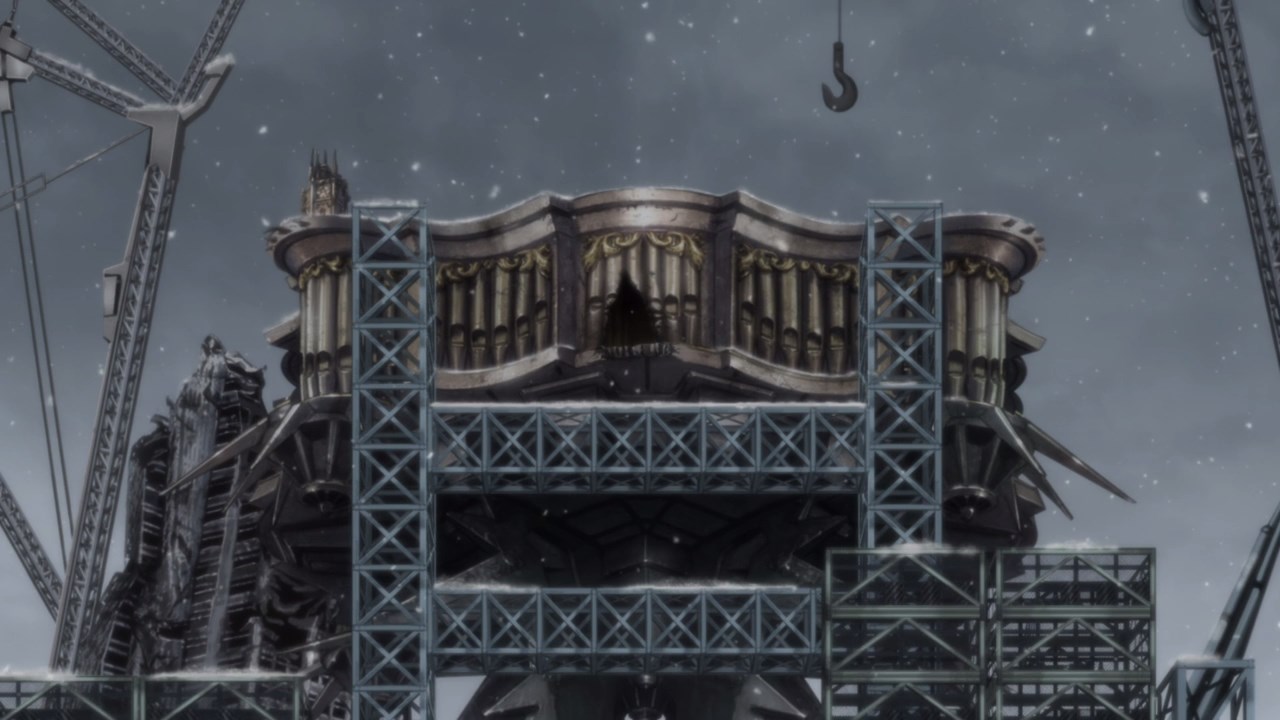 Oh wait, is that Chateau du Tifauges? How did Fudou managed to get Carol Malus Dienheim’s floating palace?

With that said, I feel that Fudou Kazanari should be stopped at once. Oh, and as for Noble Red? I bet that Fudou will let them die once the Custodian’s relic is finally activated.

Meanwhile, here’s Yatsuhiro Kazanari as while he’s fixing some diplomacy between Japan and the United States, Yatsuhiro told his brother Genjuro to be careful as they can’t be hasty on finding out the mastermind behind Noble Red’s attacks. 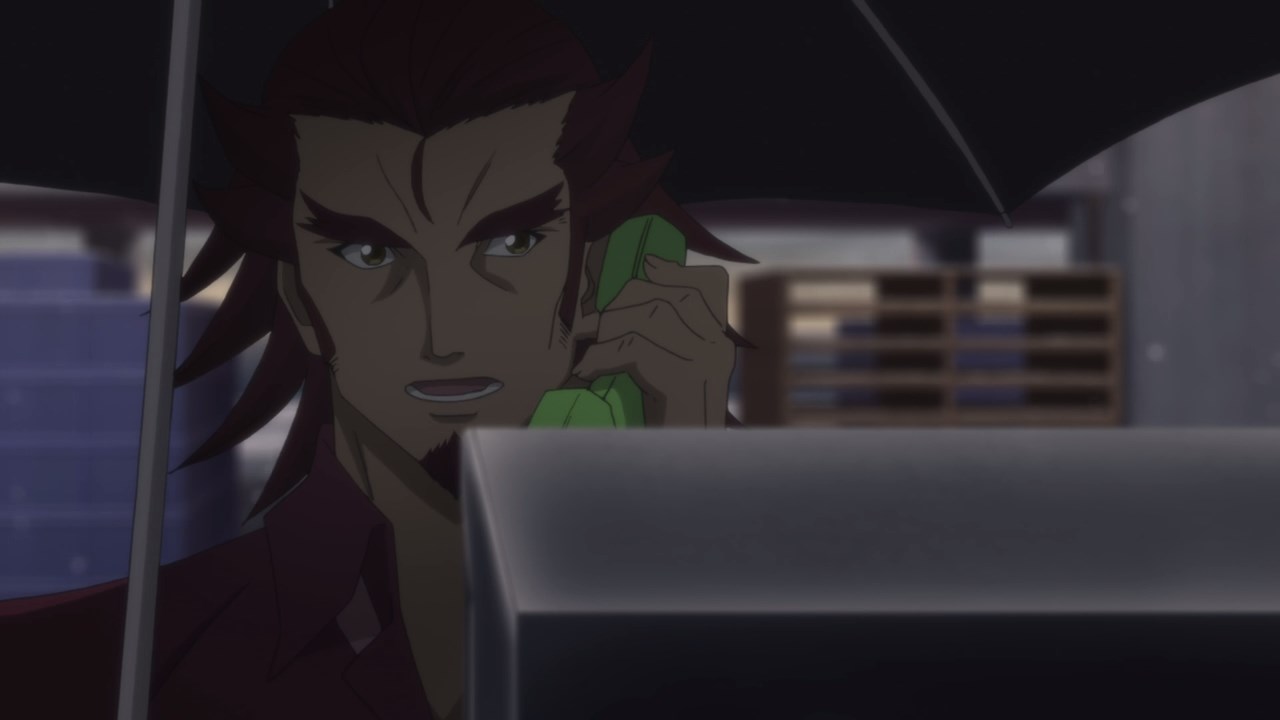 But you know that, these two should know that their father is behaving badly as he’s endangering the entire country for one relic.

For now, SONG is under investigation but for the Symphogear users, they’ll have to rest for the time being. At least they’re not arrested. 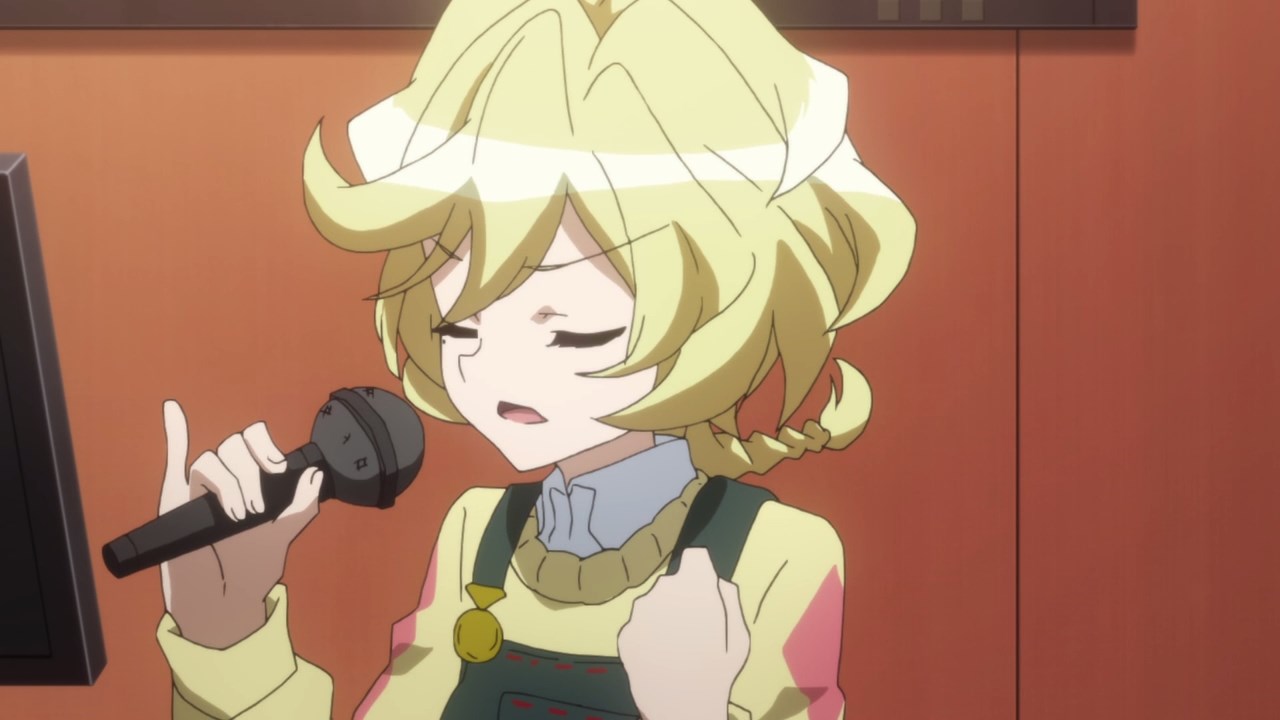 While Elfnein is enjoying it, the only thing that I want is for Tsubasa to sing enka again. 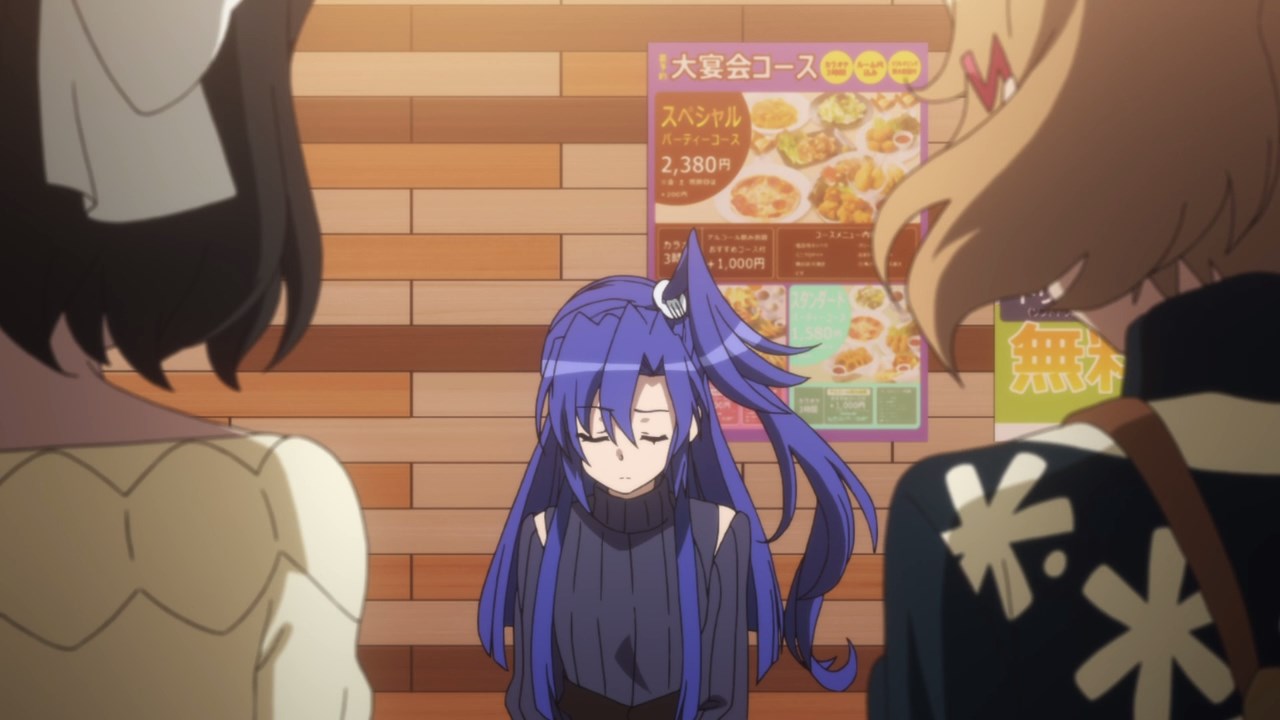 Of course, Tsubasa-san is not feeling it because Millaarc ruined her comeback concert. She maybe okay, but Tsubasa Kazanari is not emotionally-fit to do what she loves: Singing. 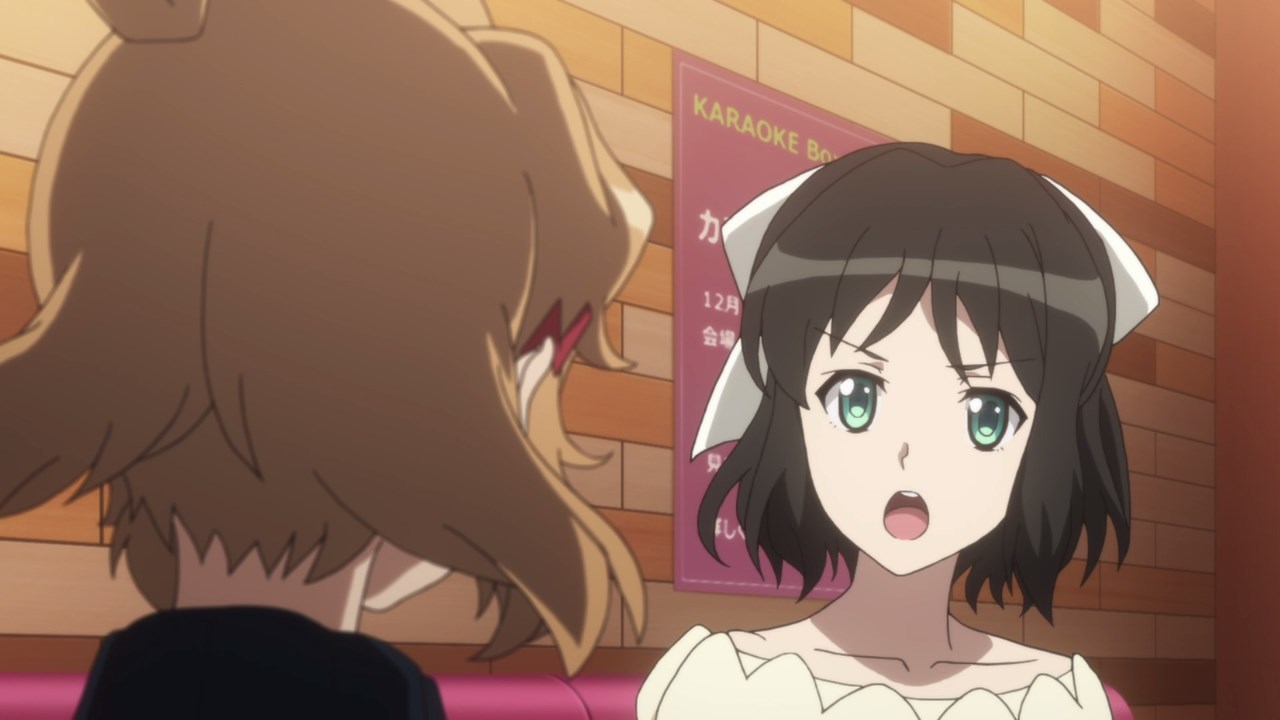 This angered Miku as she wants to help Tsubasa-san just like how she helped Hibiki during those dark times. You know, those times where Hibiki was ostracized for being the only survivor of a Noise attack.

While I appreciate Miku Kohinata on volunteering to help Tsubasa Kazanari out, her problems is much more complicated than Hibiki Tachibana. 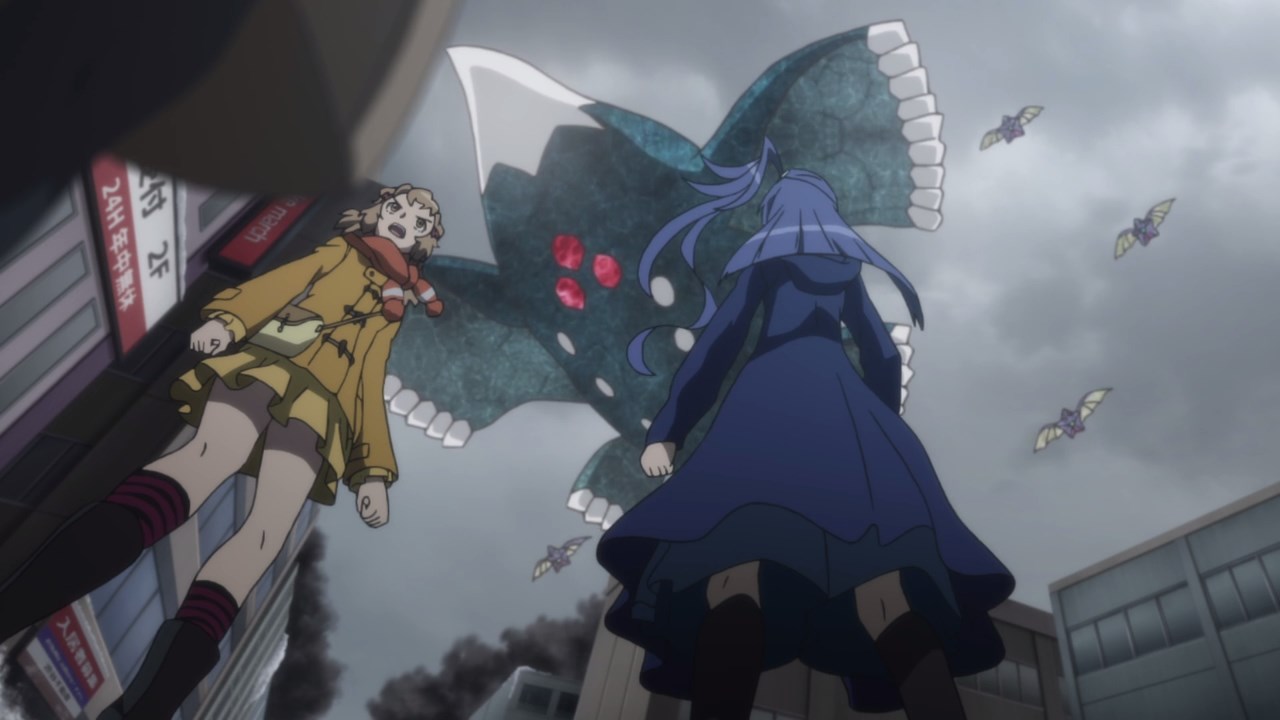 Unfortunately, their time at the karaoke was interrupted due to an Alca-Noise attack. Then again, both Tsubasa-san and Hibiki can’t do anything to destroy them as they’re being investigated by the Japanese government. 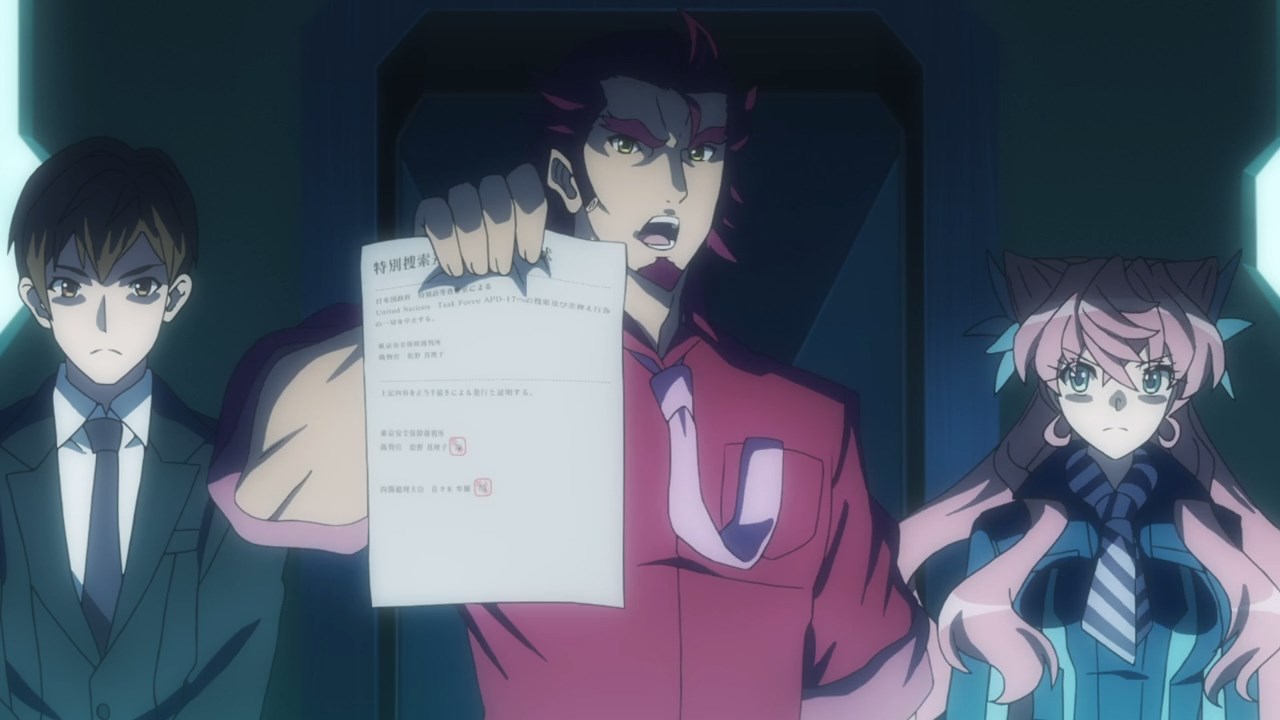 Well, there’s a workaround as Genjuro Kazanari have a warrant to suspend their investigation. Glad that his brother Yatsuhiro is helping him out. 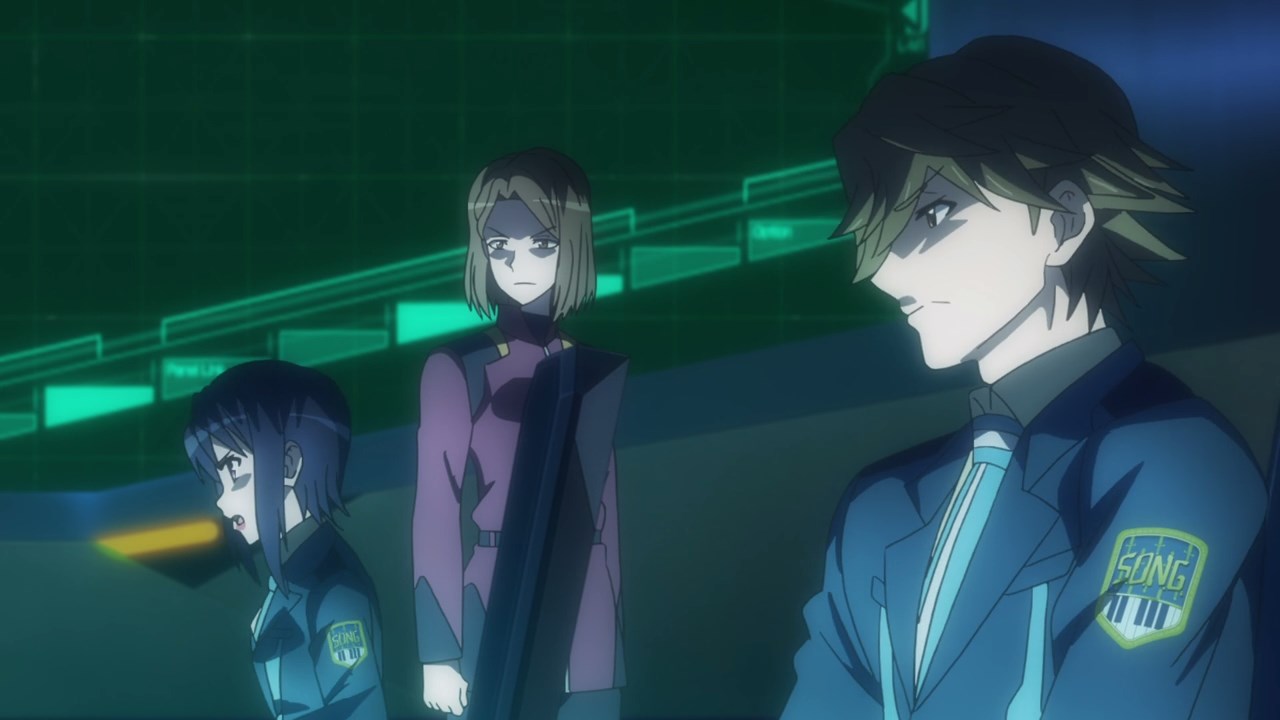 But then again, their chief inspector is nowhere to be seen which I feel that I’m very suspicious towards him. For now, Genjuro and his team will take over and give commands to the Symphogear users. 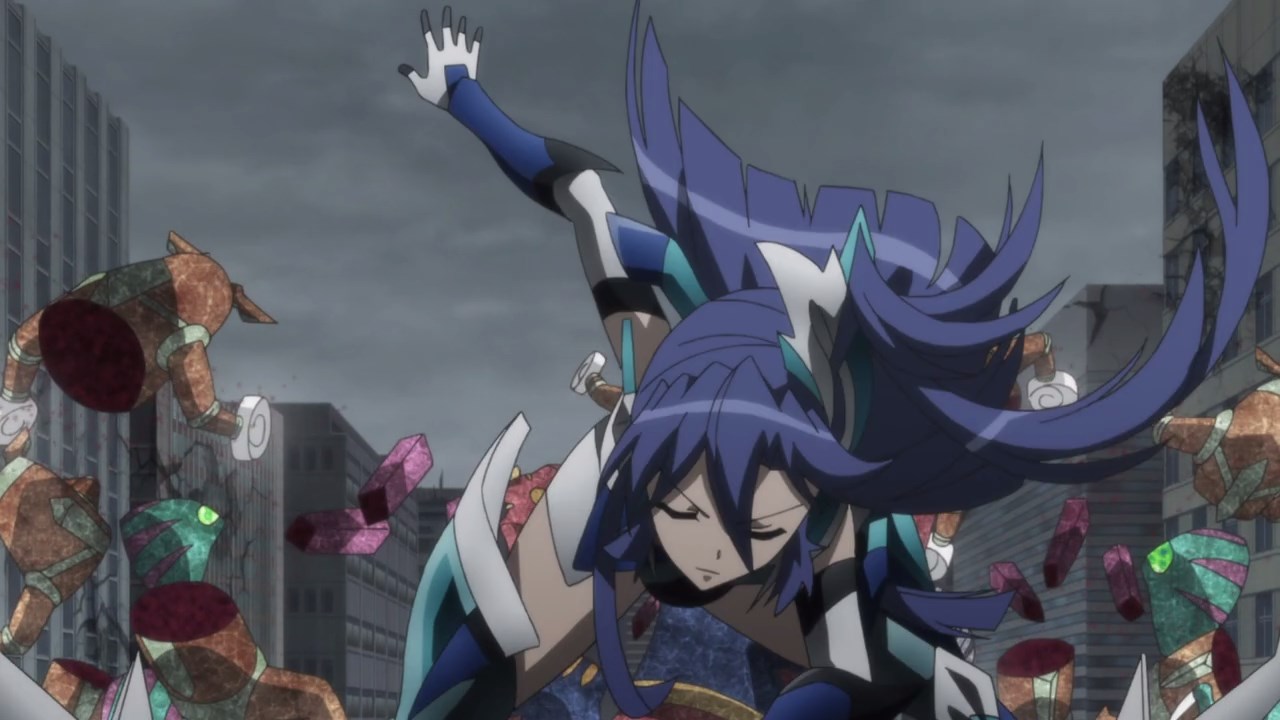 Now then, the Symphogear users will destroy the Alca-Noises while minimalizing casualties. Of course, I’m worried about Tsubasa Kazanari as she’s wielding her Ame no Habakiri (or Heavenrend) like a possessed swordsman, hell-bent on revenge… 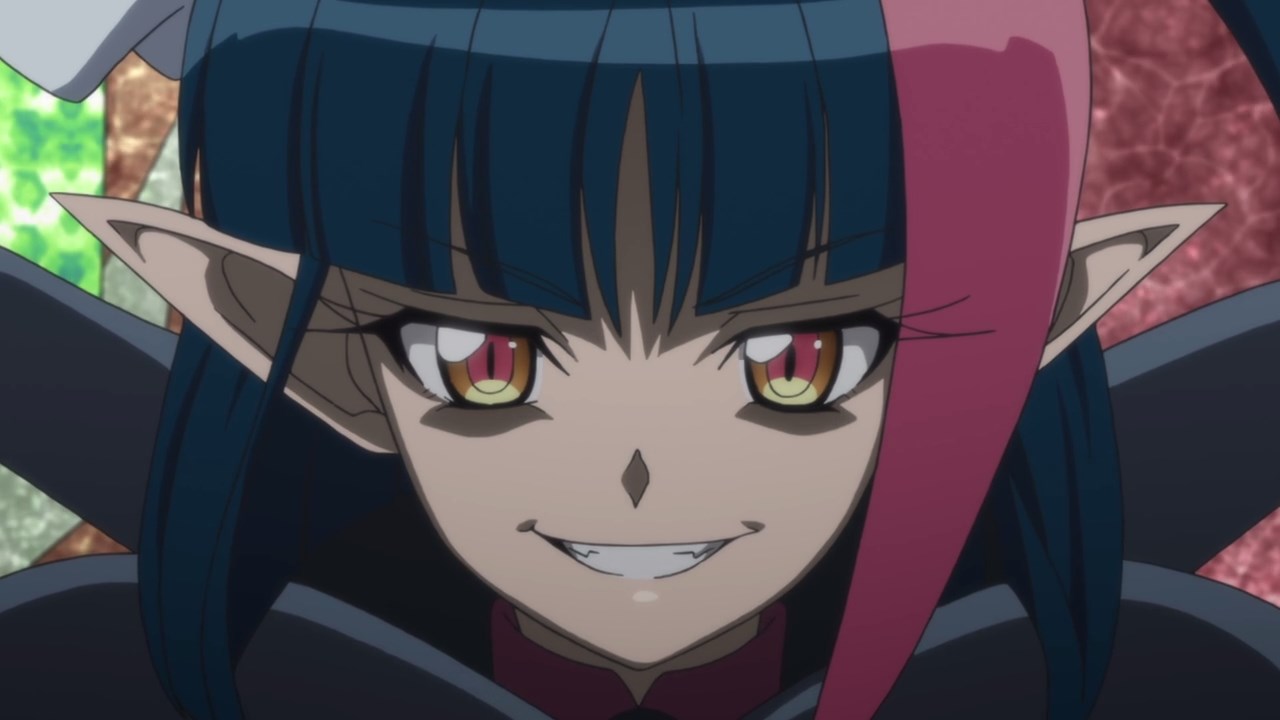 …especially when Millaarc is here to ruin her day. Man, I don’t care if she’s being treated as trash by the Bavarian Illuminati, all I want for this vampire is to be punished dearly! 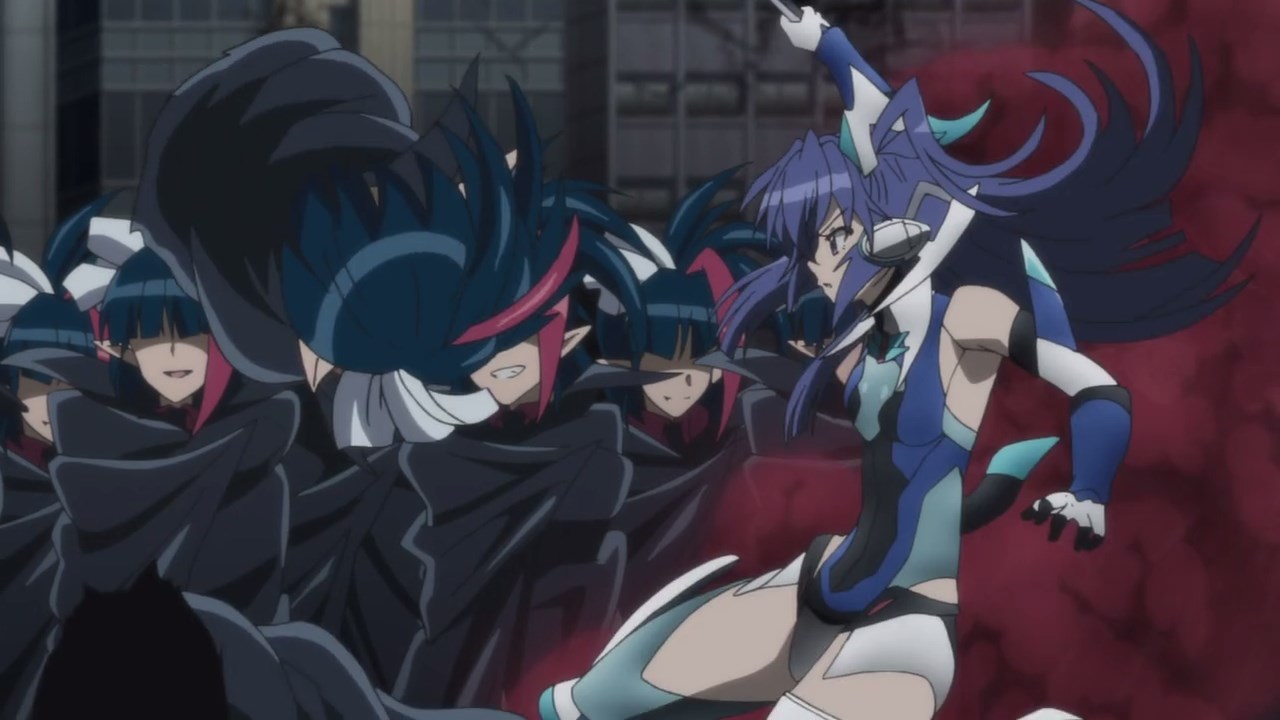 Then again, it appears that Millaarc cloned herself in which Tsubasa is in a berserk state, trying to slice the vampire off from the face of the Earth. 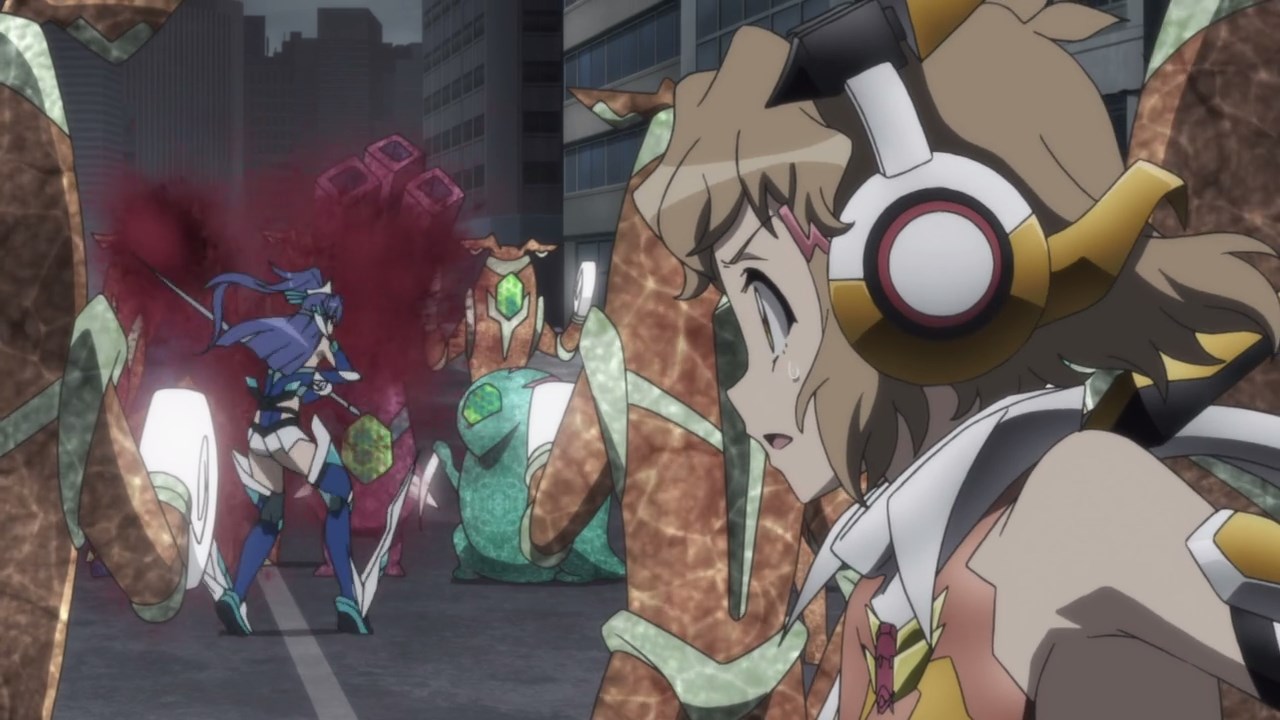 Meanwhile, Hibiki Tachibana noticed that her partner Tsubasa-san is not feeling so well. Y’know, I have a feeling that Millaarc’s Seal Invasion is giving her hallucinations which is why Tsubasa-san is unstoppable right now. 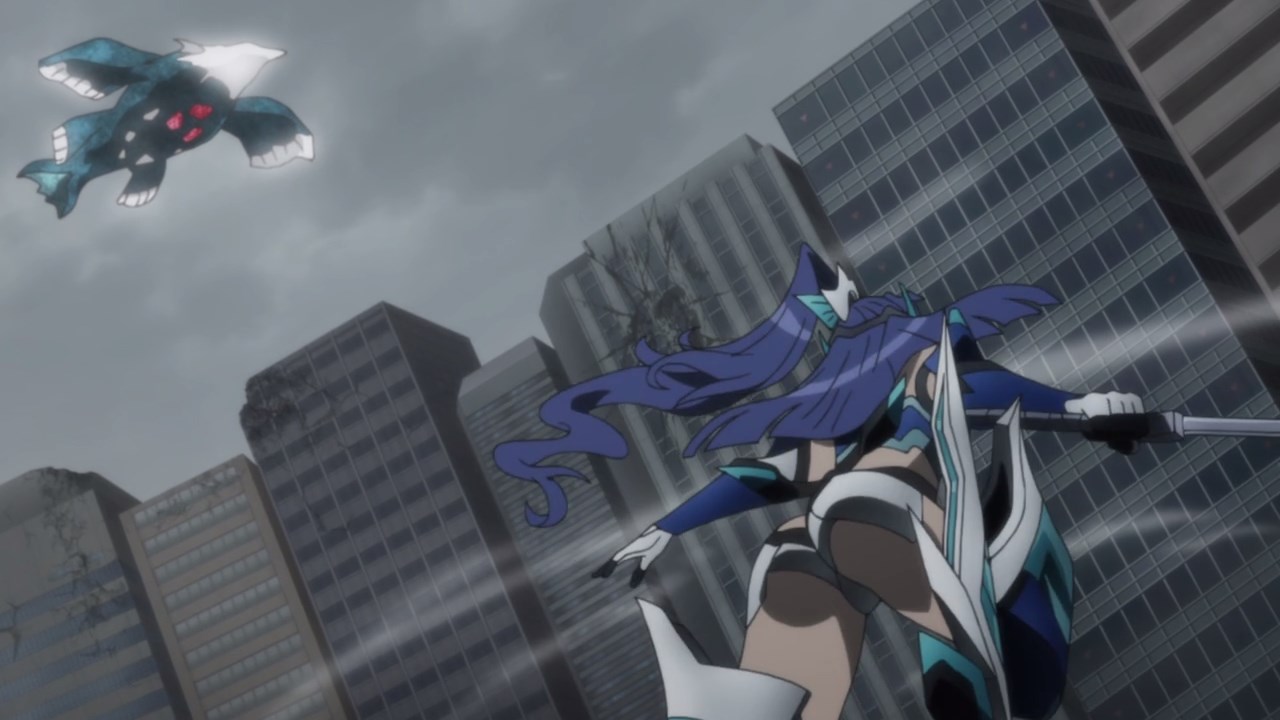 But anyways, Tsubasa Kazanari will take down this Leviathan-size Alca-Noise by herself. But I’m worried that she might destroy the entire city just because Tsubasa is consumed by anger. 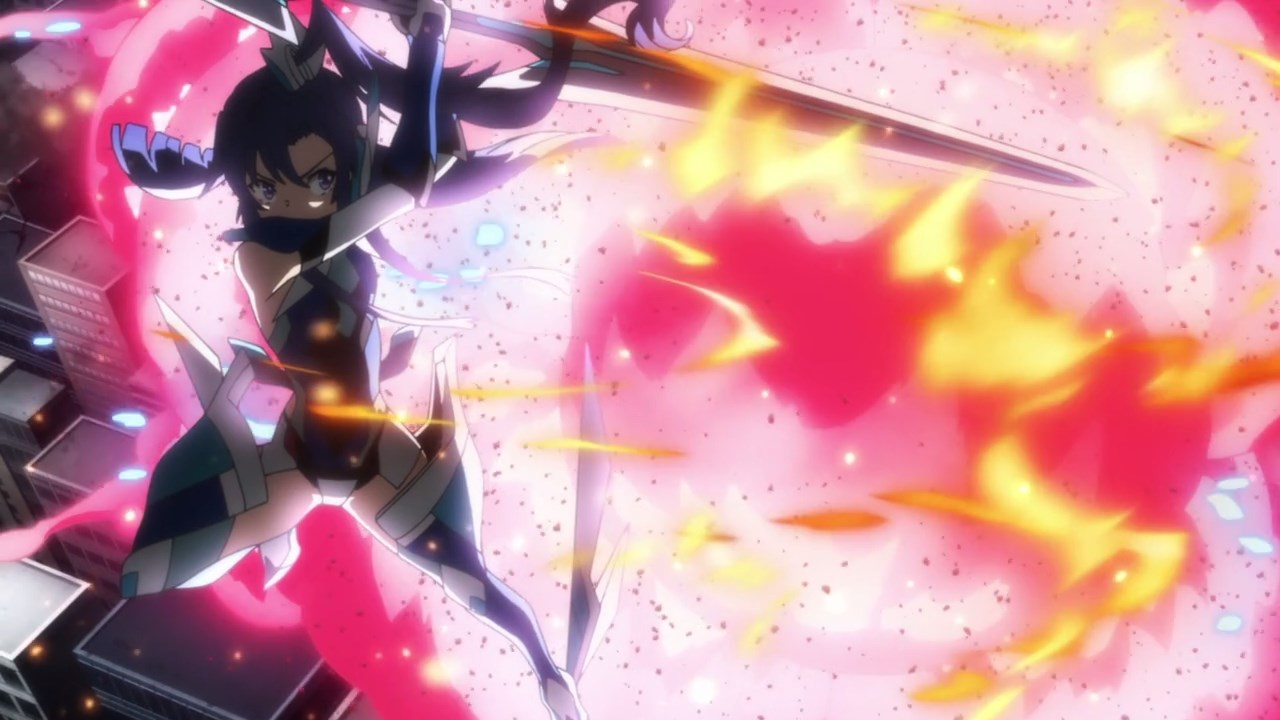 In any case, the Alca-Noise threat is finally quelled but it appears that Tsubasa Kazanari needs to shake off her hatred. Then again, she’s under Millaarc’s spell which it’ll be hard for her to overcome it. 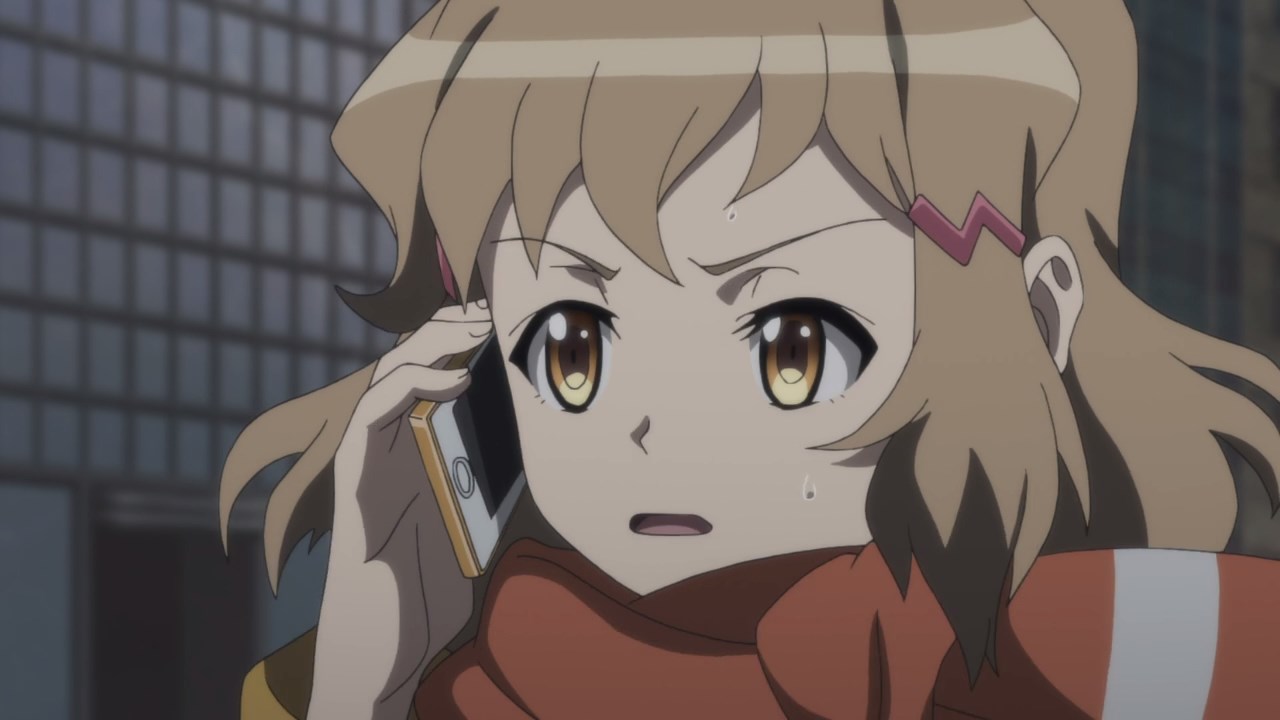 Now then, here’s Hibiki Tachibana where she tries to contact her friend Miku Kohinata. However, I have a bad feeling about this as Miku didn’t pick the call up. 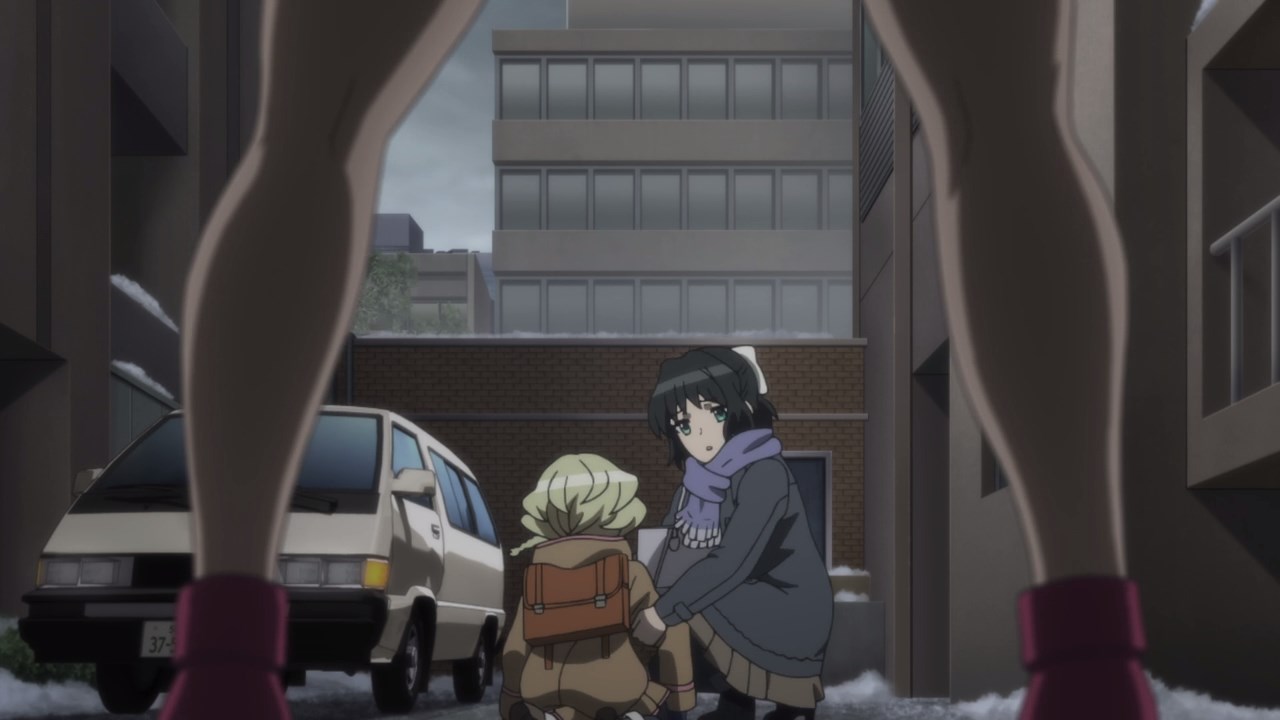 Turns out, Miku Kohinata and Elfnein are trying to escape from the carnage when Millaarc caught them.

Oh, and she brought that chief inspector too in which they want to take Elfnein. So wait, don’t tell me that him and his fellow inspectors are from the Bavarian Illuminati? Damn you, Fudou Kazanari!

Then again, what’s gonna happen to Miku Kohinata, is Millaarc gonna kill her too? Of course, I’m worried that if Millaarc tries to kill her, Miku might activate the Shenshou Jing inside her body. Anyways, I’m worried that the next episode would be another shocker!