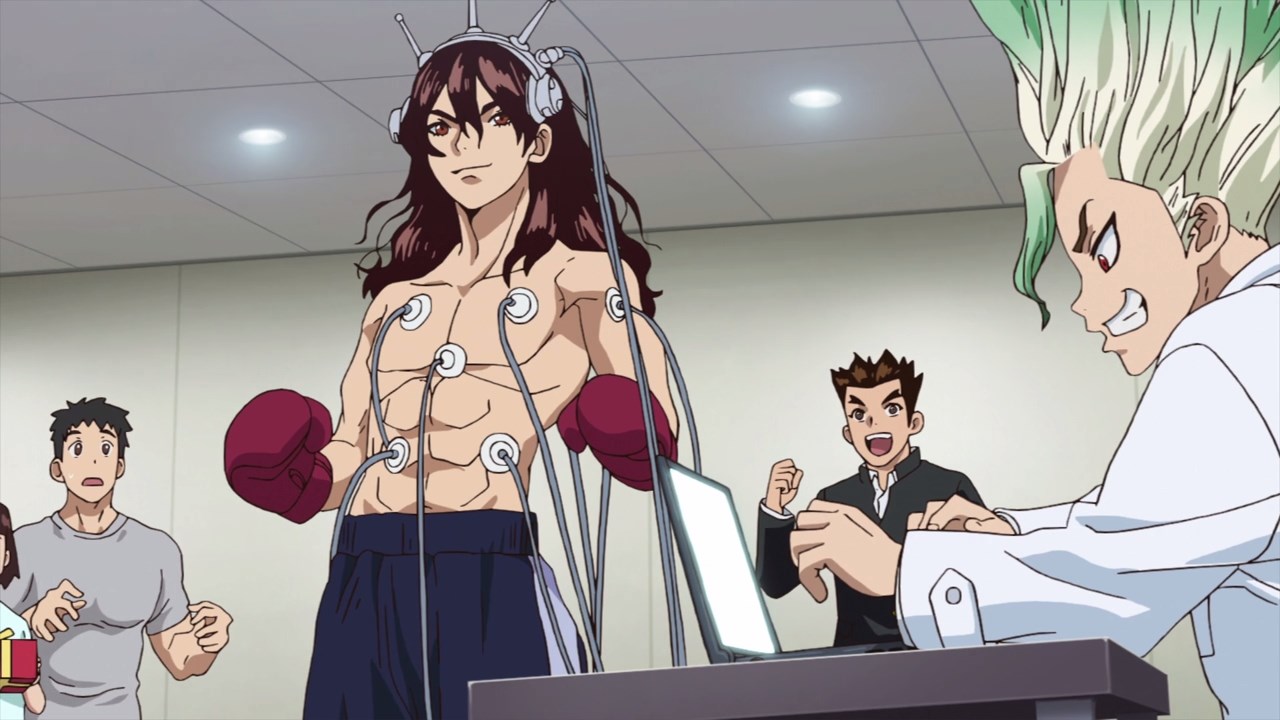 You know, if there was an alternate history where Taiji Ooki and Senku befriended Tsukasa Shishio before everyone turned to stone, they wouldn’t have to resort to fighting each other to determine the fate of all humanity. Unfortunately, this is just a dream… 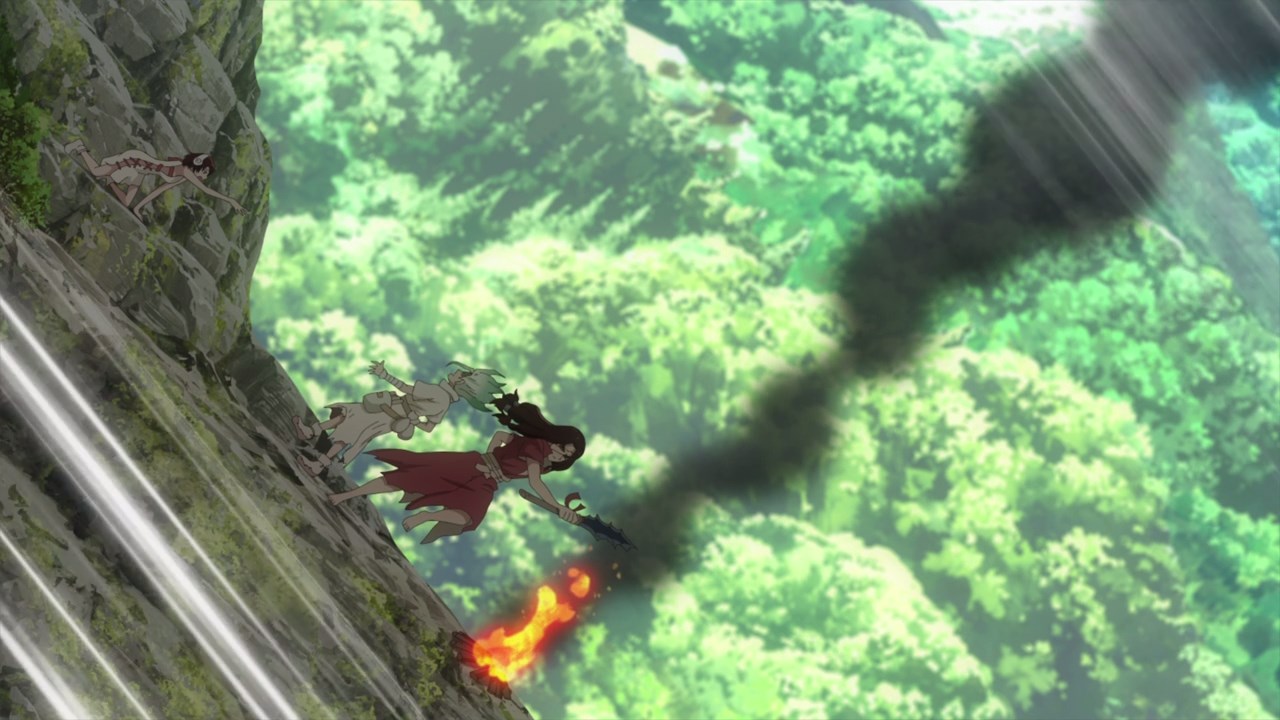 This is reality as Tsukasa kills Senku by striking his nape with brute force. A painless death for sure, but I wish Tsukasa didn’t resort to this. 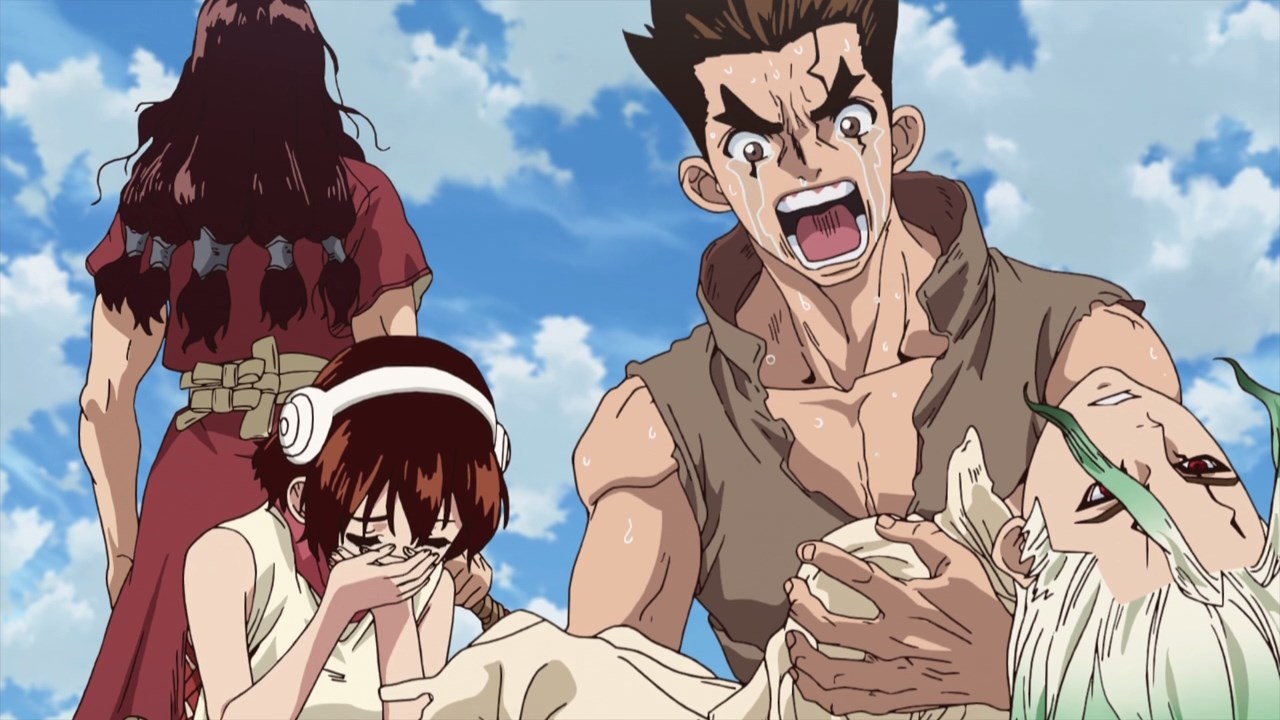 For Taiju Ooki, it was too late to save his best friend as he laments on Senku’s death. But you know what, I don’t think Taiju Ooki will accept it nor is Yuzuriha Ogawa. 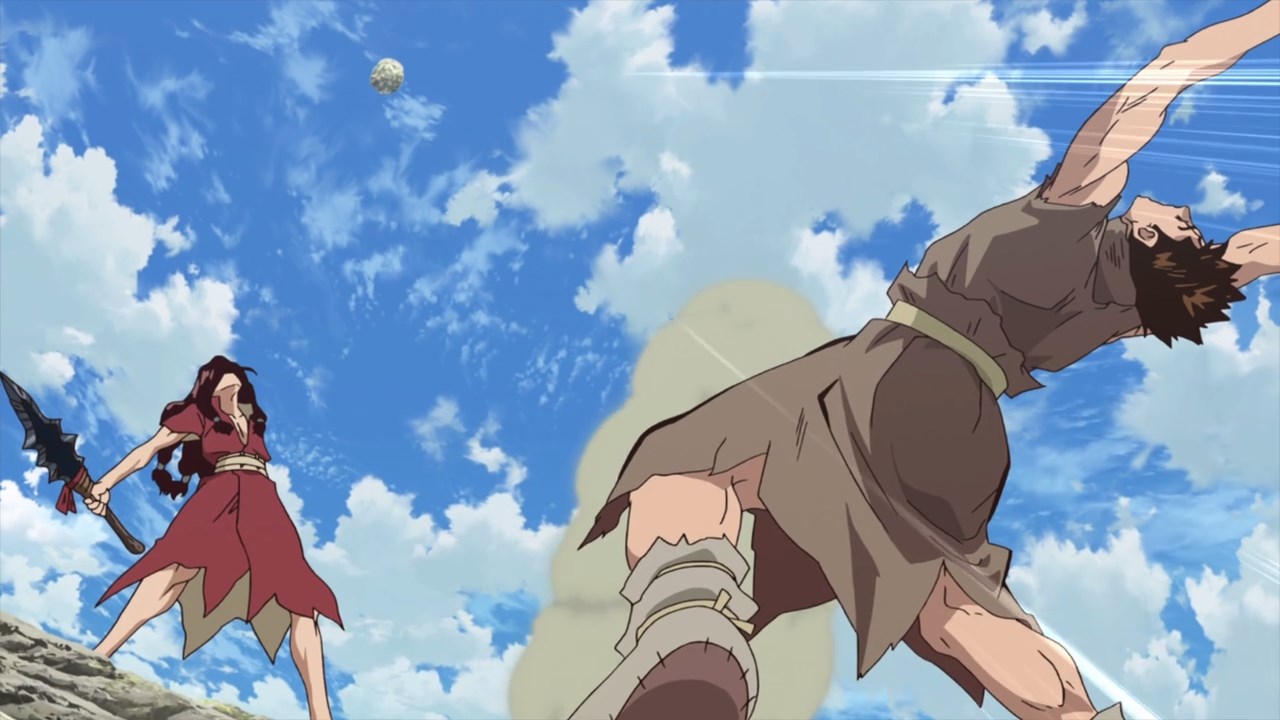 So, they decided to fight back against Tsukasa Shishio as Taiju Ooki throws a boulder upwards. Hmm, I wonder why Taiju decided not to throw a boulder at Tsukasa? 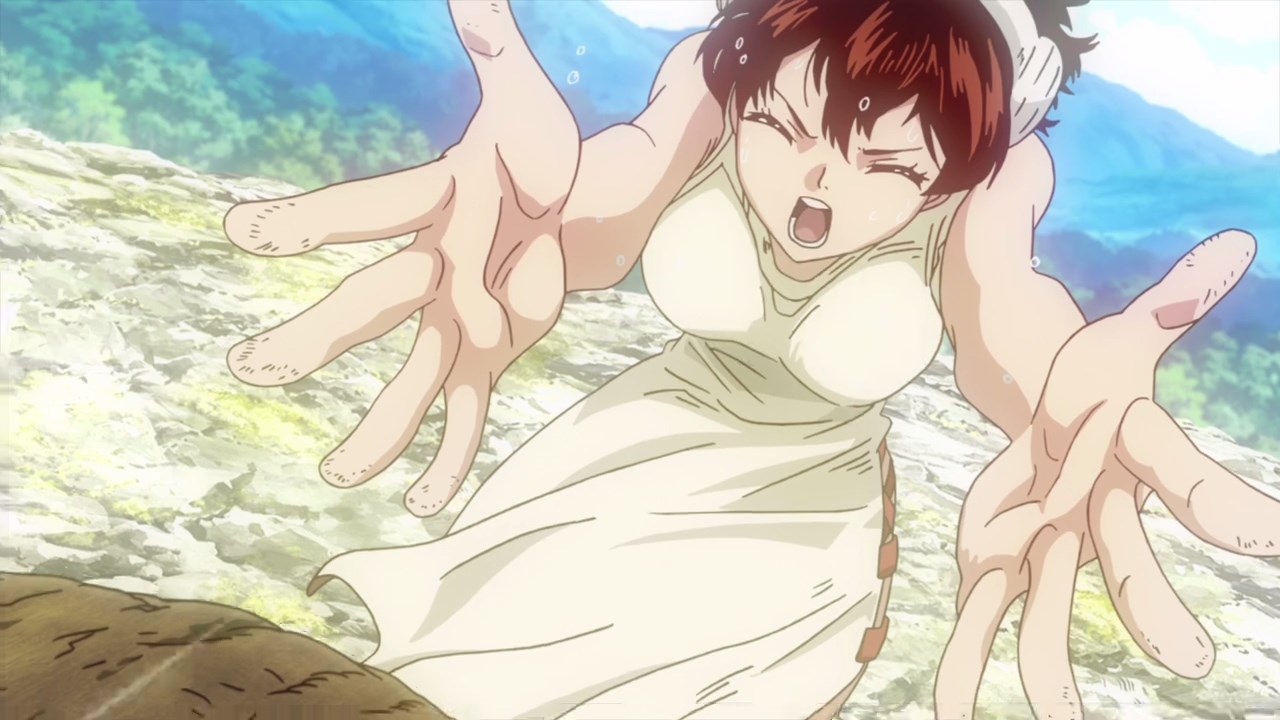 Oh wait, seems that Taiju wants Tsukasa to notice him while Yuzuriha Ogawa throws something towards Shishio… 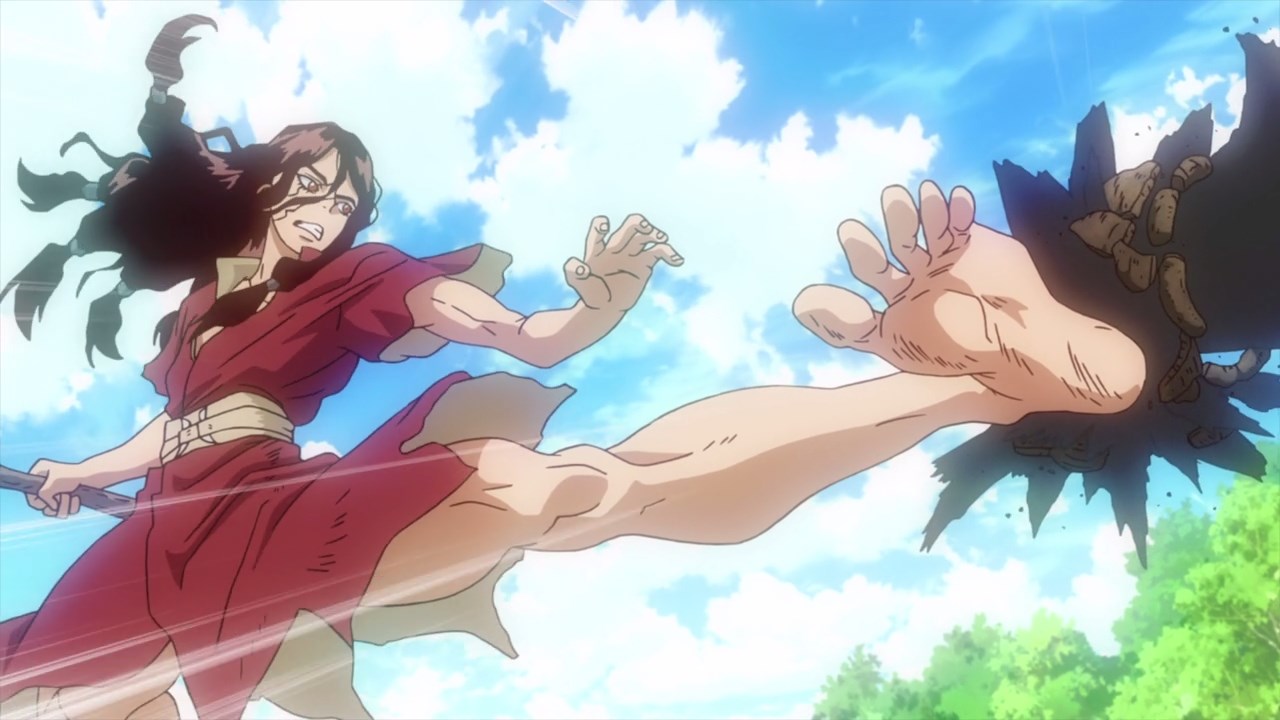 …which turned out to be gunpowder. But even if Yuzuriha throws black powder at Tsukasa Shishio, it’s not gonna work unless there’s a spark on it. Wait a minute, what about the boulder? 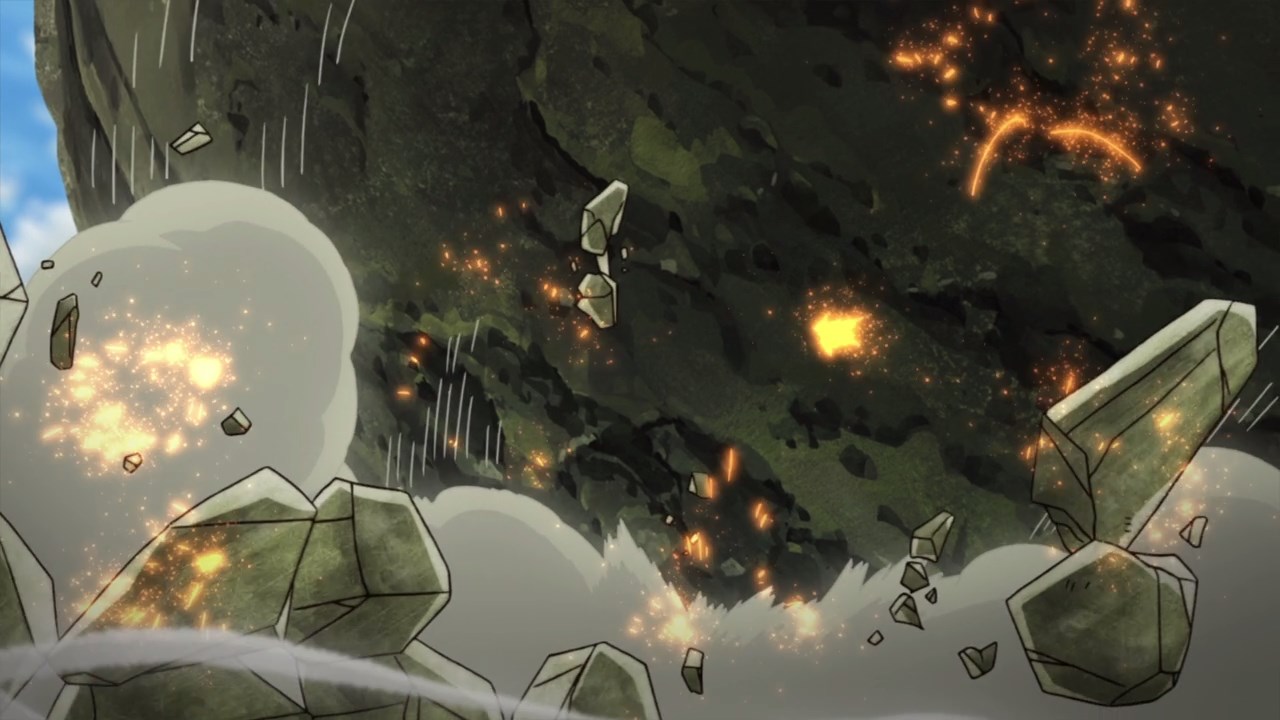 Oh, it looks like the boulder land smack dab into the ground filled with black powder, creating massive sparks that would ignite the powder until it explodes. 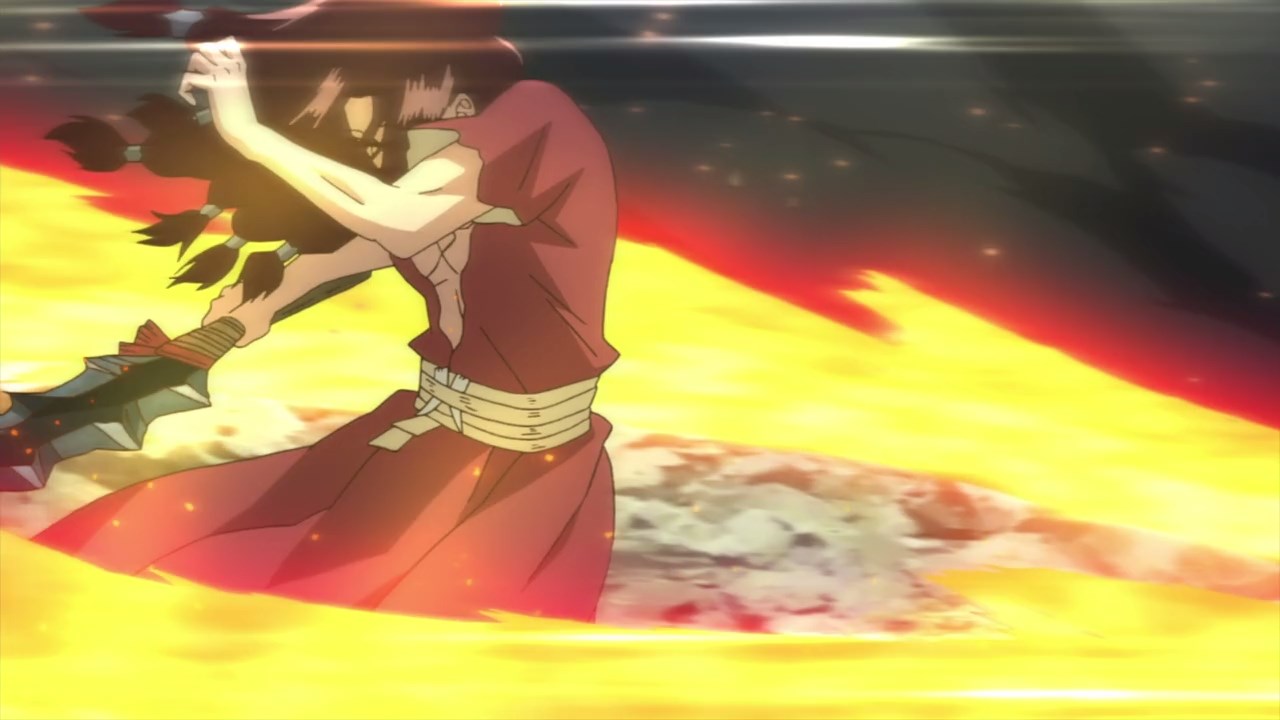 As for Tsukasa Shishio, seems that he didn’t get hurt from that explosion, but that gave both Taiju and Yuzuriha some time to escape. 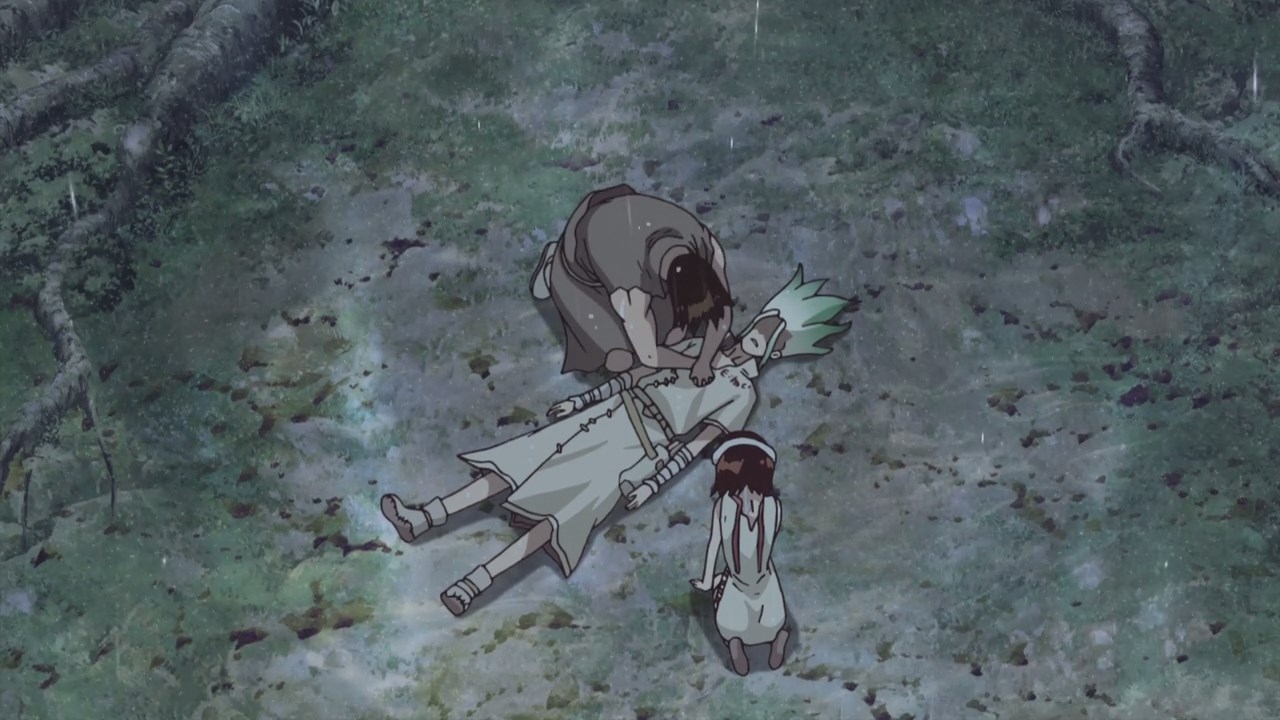 Of course, they don’t want to abandon Senku as they try to revive him in a middle of a thunderstorm.

Then again, even if Taiju tries to do CPR at his friend, there’s no way to revive someone who got struck in the nape. Wait a minute, I wonder why Tsukasa smack Senku at the back of the neck anyway? 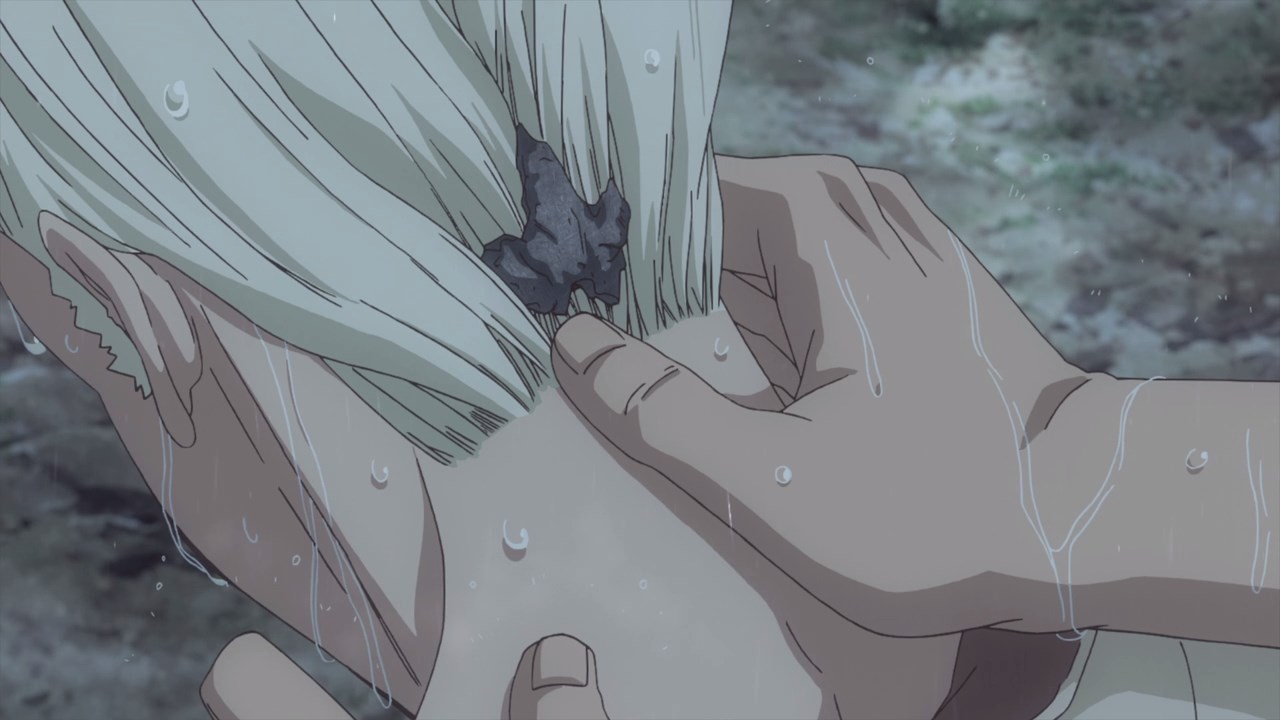 Turns out that Senku deliberately told Tsukasa to hit him hard at the nape, except that this piece of stone protects him from death which means that there’s a chance that Taiju and Yuzuriha can revive Senku. 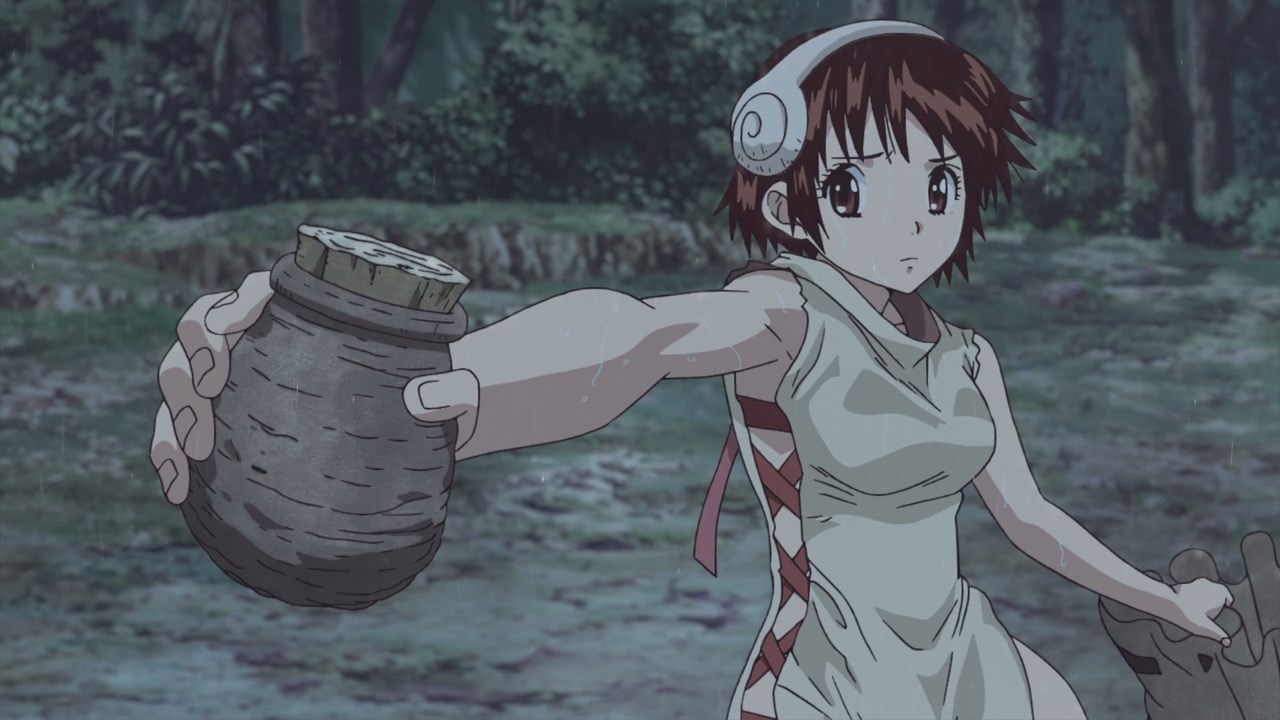 Well then, time for Yuzuriha Ogawa to pull out the de-petrification fluid because that’s the only way to revive Senku… 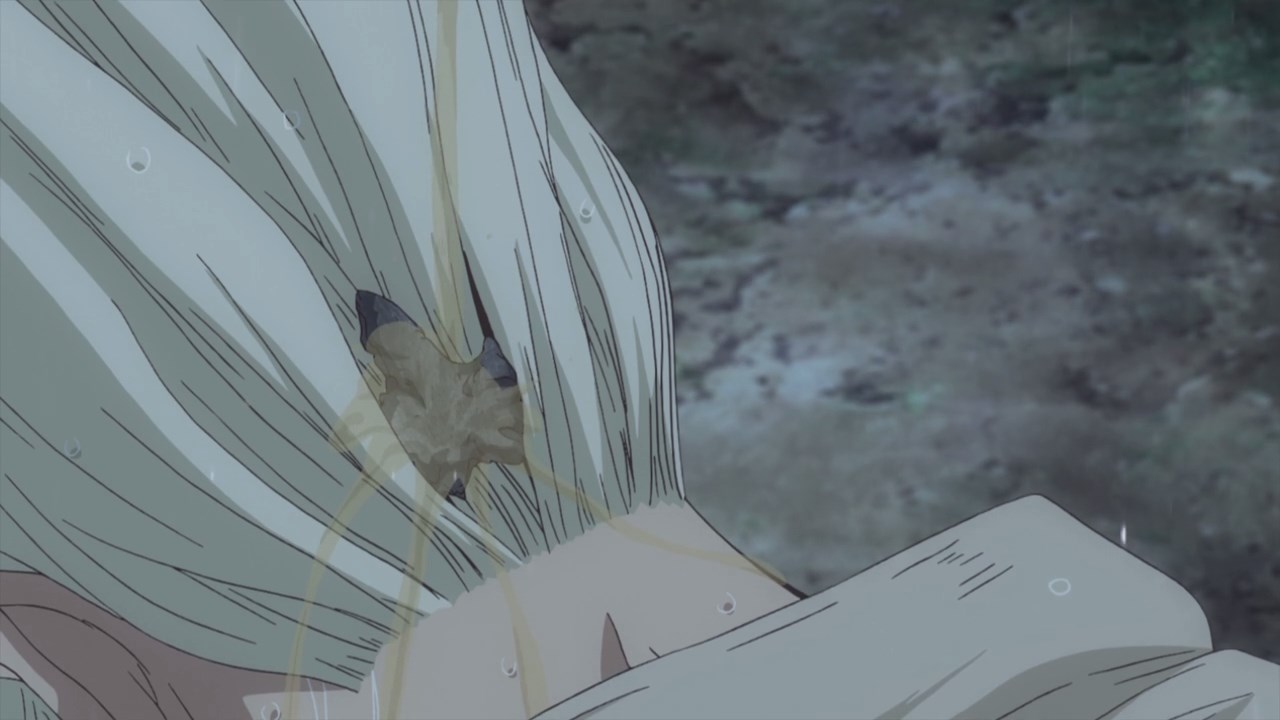 …and pour it onto his nape until the stone breaks apart. Then again, there’s a 50/50 chance that they’ll fail so it’s not like a simple pouring of de-petrification liquid will revive Senku. 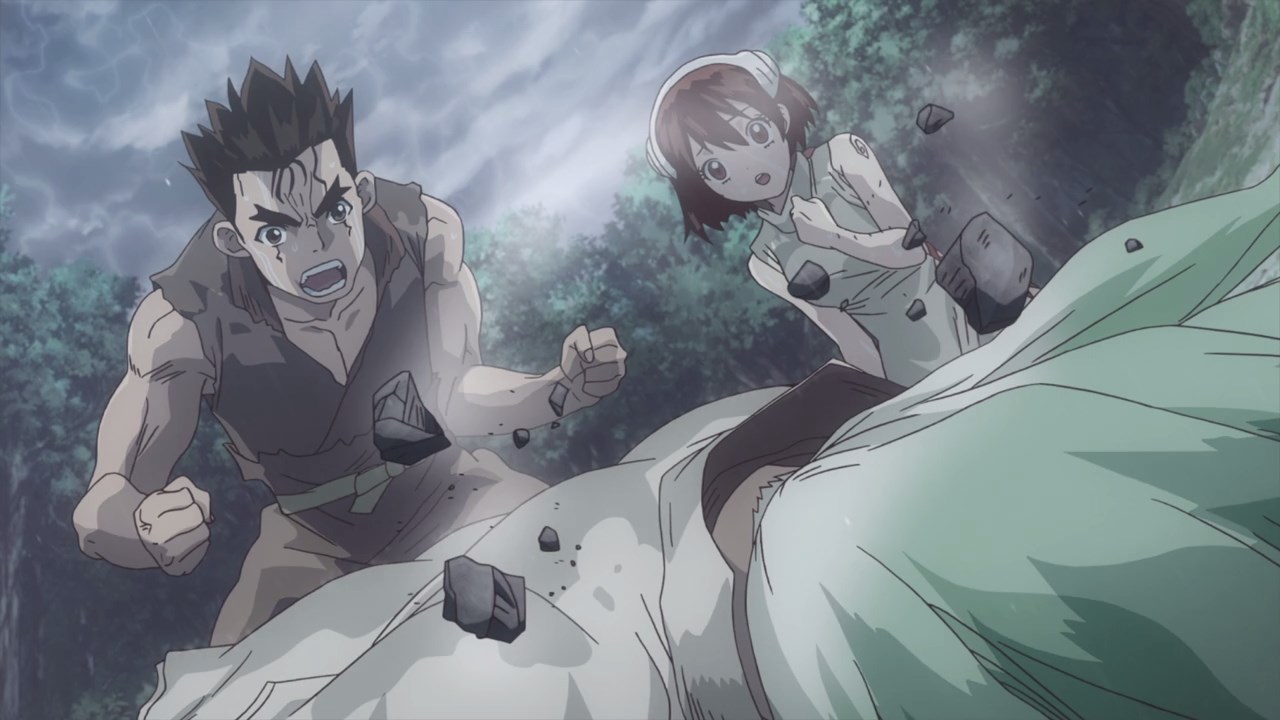 And so, both Taiju and Yuzuriha are witnessing the moment of truth on whether they succeed or fail on reviving Senku. But you know what, I believe that they won’t fail on this because they don’t give up. 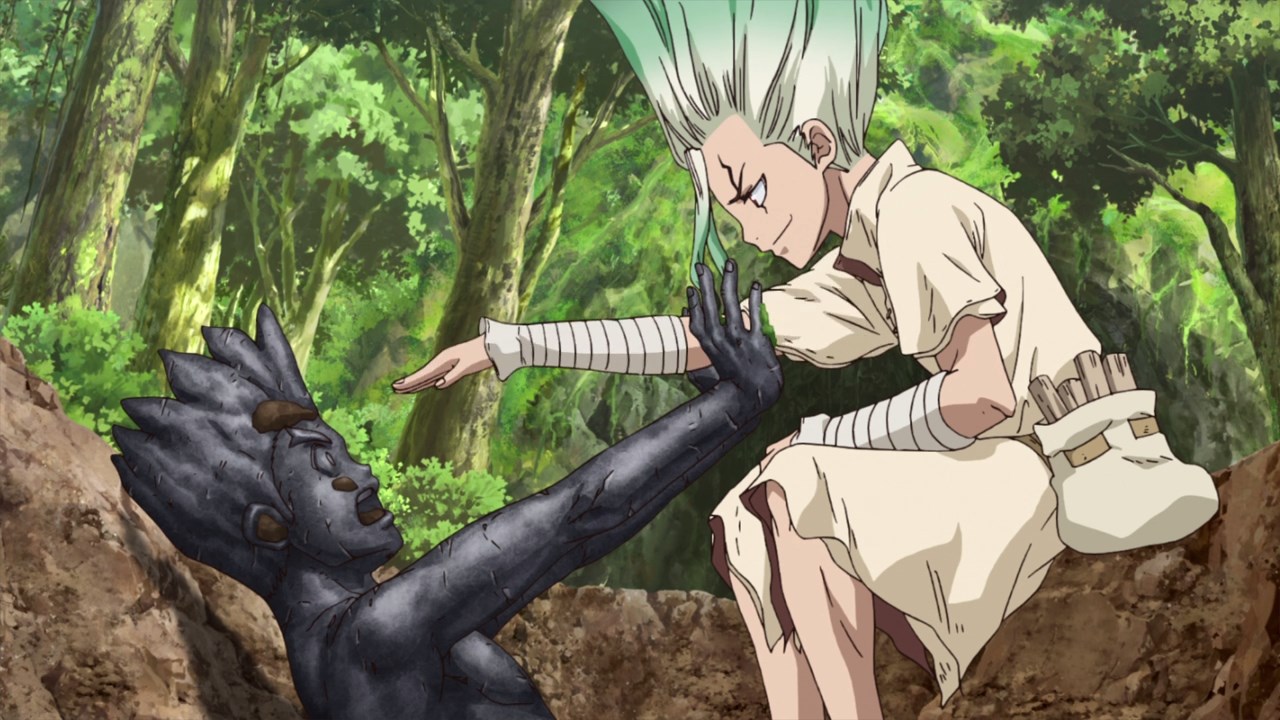 Oh yeah and while we’re waiting on Senku’s fate, here’s some flashback to keep you busy as it turns out that Senku found Taiju Ooki’s body and dug him out. 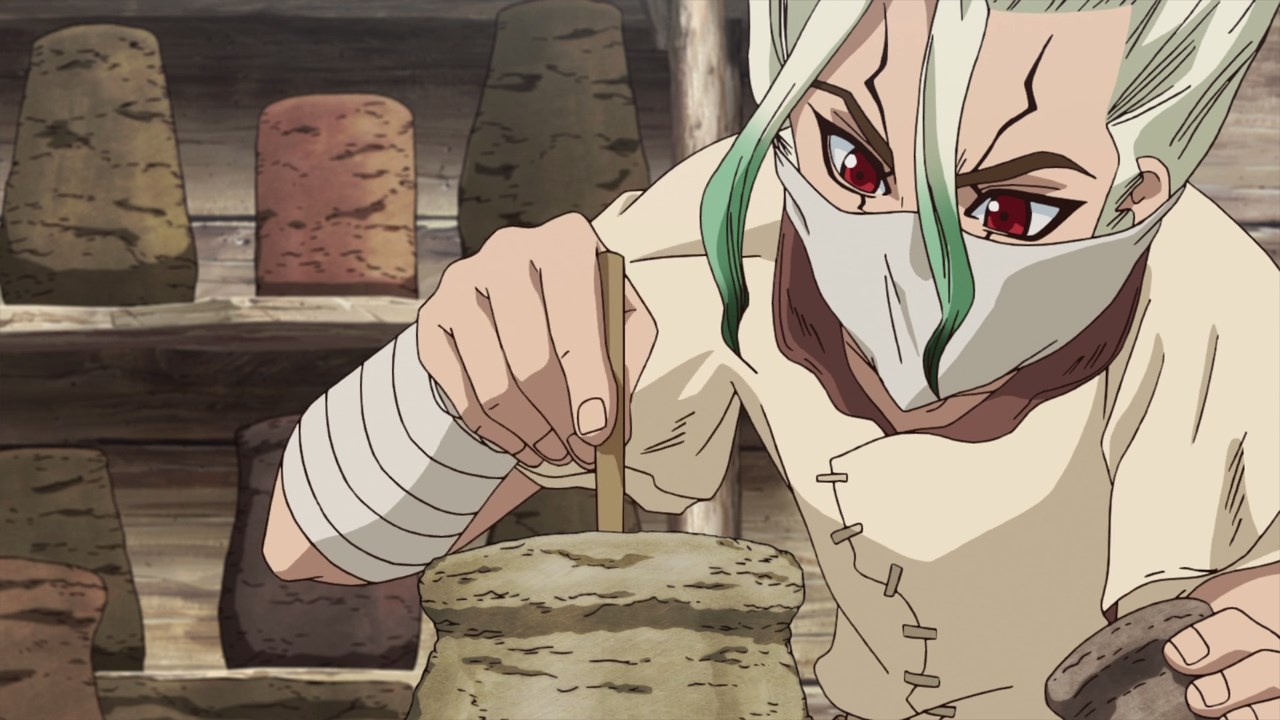 But hey, Senku refused to give up as he’s finding various ways to de-petrify faster than just pouring nitric acid on his friend.

Sure that Taiju eventually found some alcohol in the form of grapes, which becomes an important element in creating the de-petrification liquid, it goes to show that Senku is not a quitter as he’ll think hard and find various ways to solve a problem. 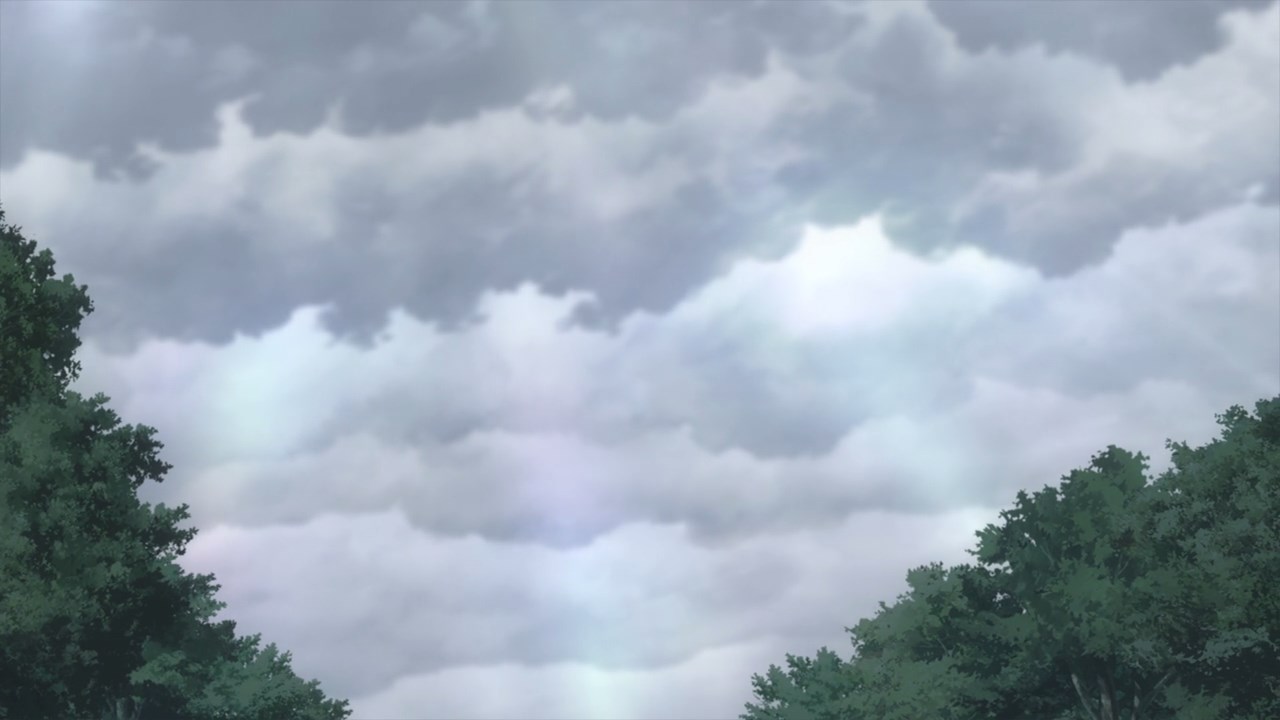 Anyways, it’s time for the moment of truth as the storm is about to be replaced with clear skies. 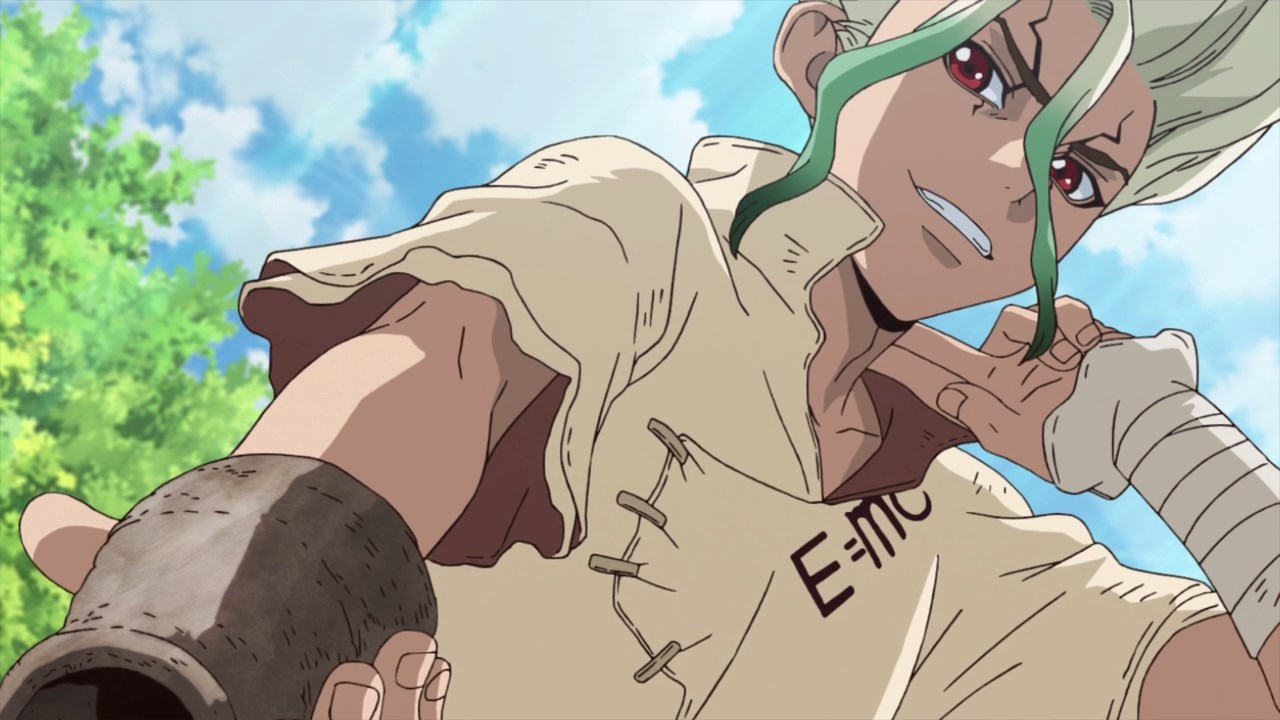 And look, the de-petrification liquid worked on reviving Senku as he’s finally alive!

Glad that both Yuzuriha and Taiju found a way to revive their friend. Heck, Taiju called him as Dr. Stone! 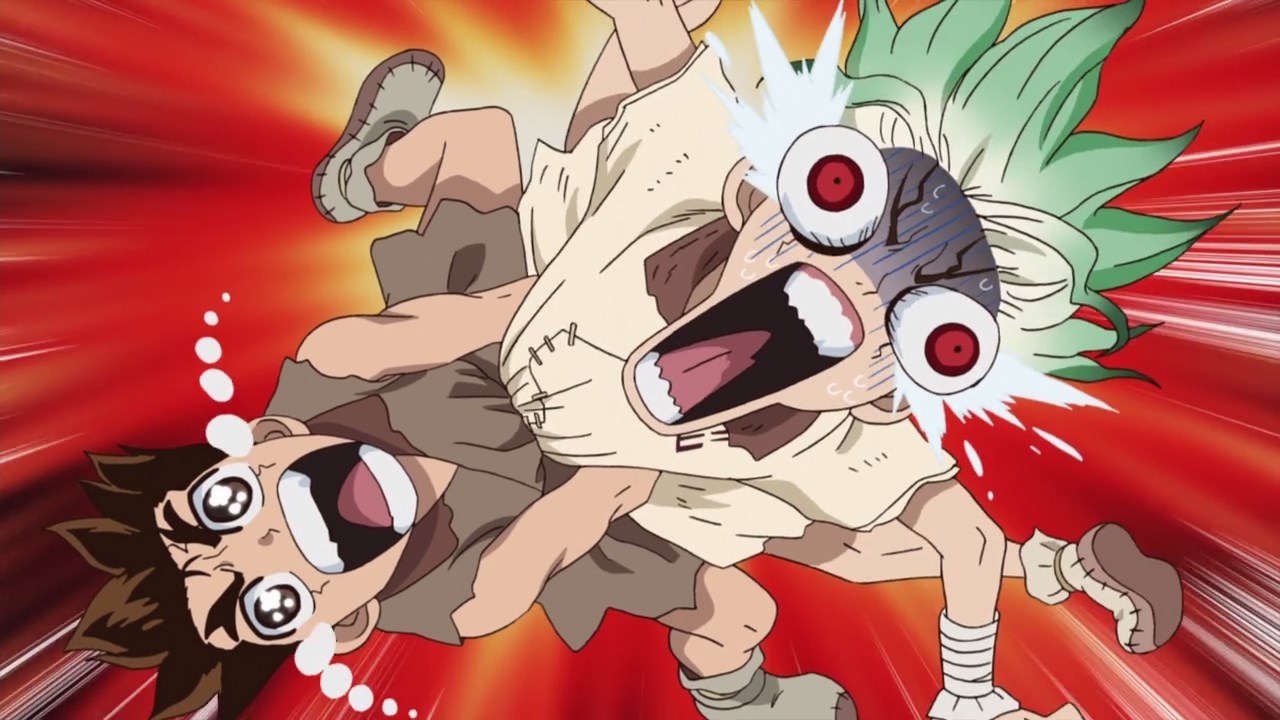 But speaking of Taiju Ooki, he’s so excited on seeing Senku back from the dead that he bearhugs him. Um Taiju, you shouldn’t do that or you might kill your best friend. 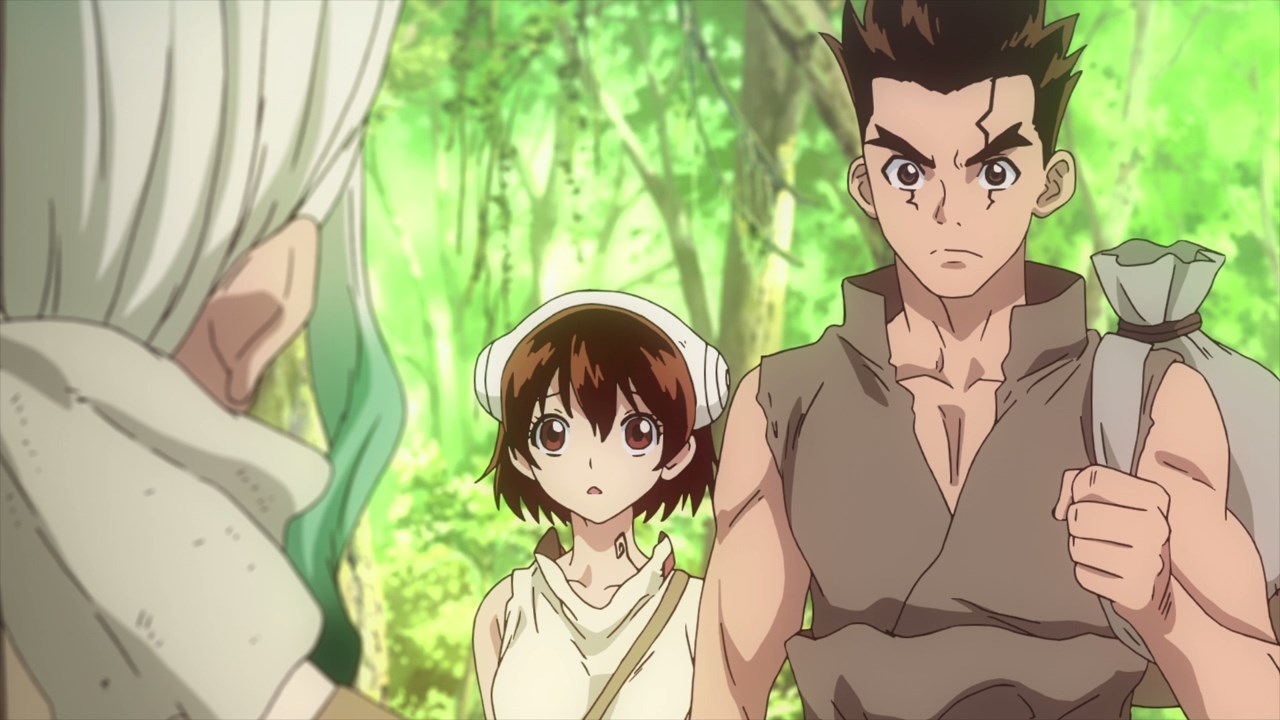 Of course, Senku can’t celebrate on his resurrection as he told Yuzuriha Ogawa and Taiju Ooki that they have to spy on Tsukasa Shishio and find his weakness, all while he finds those people who might be alive. 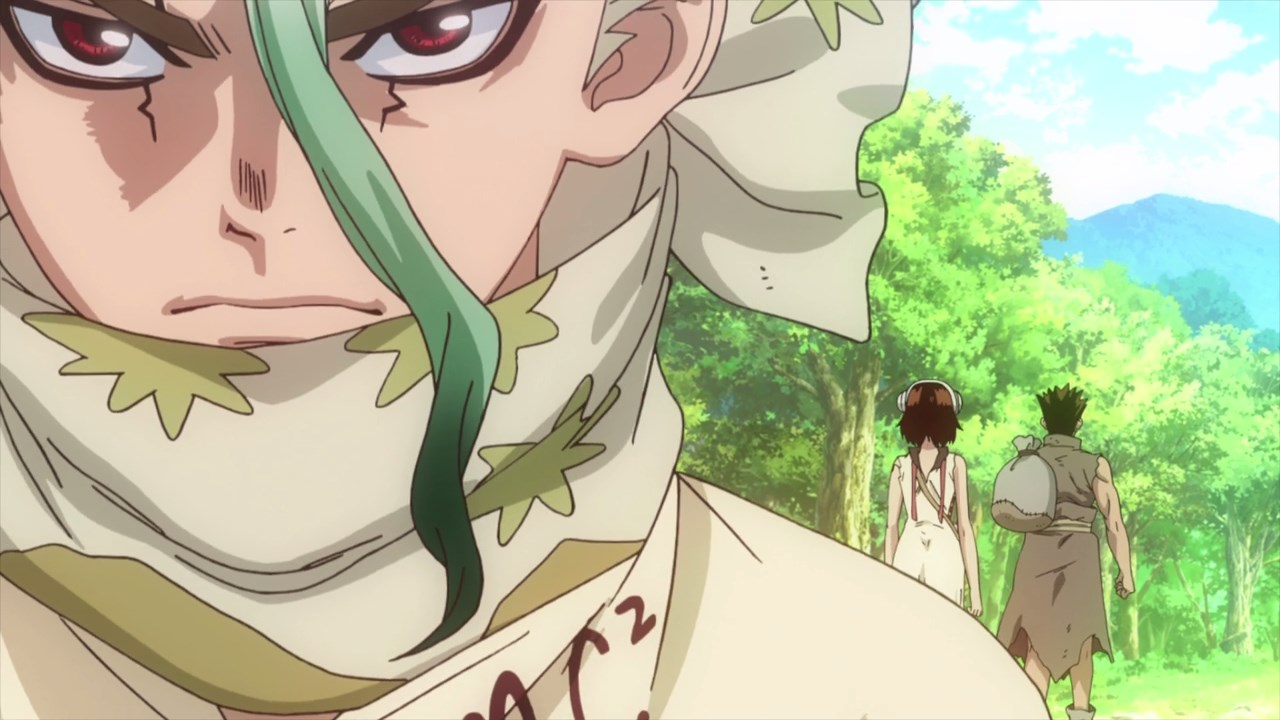 And so, they go onto their separate ways but I believe that they’ll reunite in the future.

Then again, I wonder if those people that Senku referred to are the ones who produced a smoke signal from Episode 4? 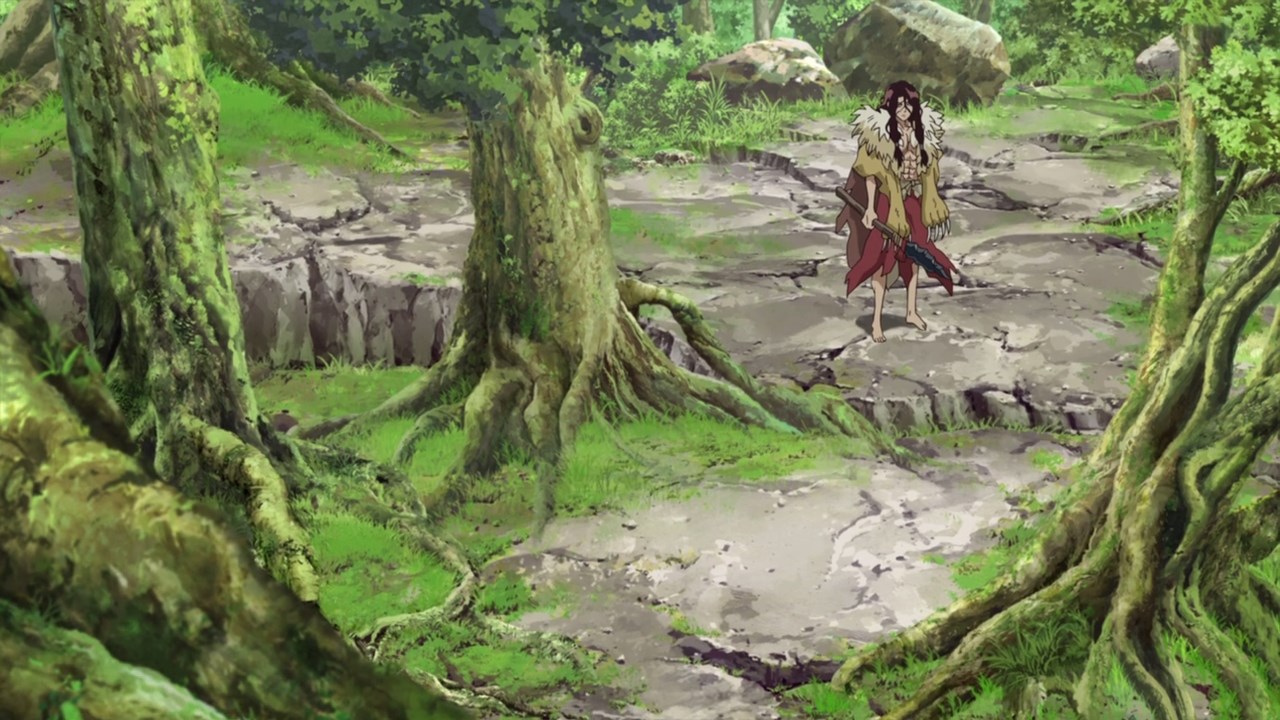 Meanwhile, here’s Tsukasa Shishio where he’s about to meet someone. Who could that be? 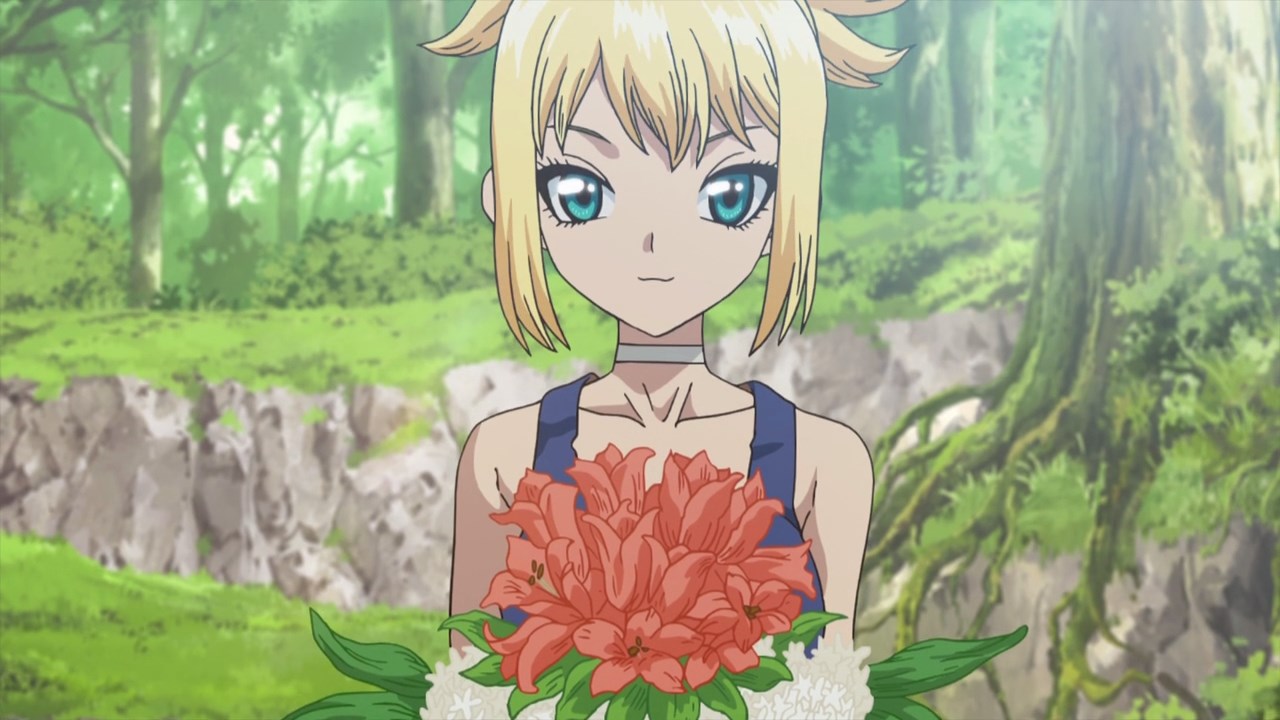 Well, this girl right here named Kohaku and she’s the one who created the smoke signal from Episode 4. 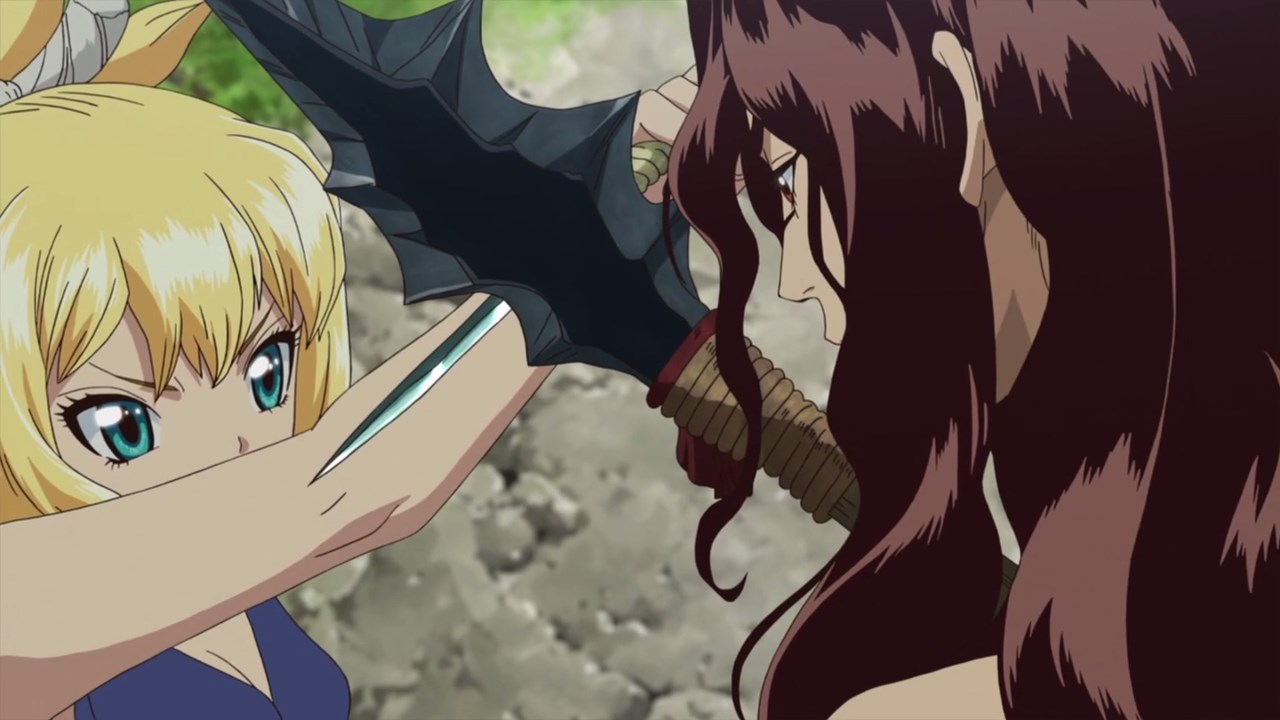 Oh, and she’s gonna take Tsukasa’s head because Kohaku saw him knocking Senku dead at a distance. Gotta say that Kohaku doesn’t like Shishio for killing someone. 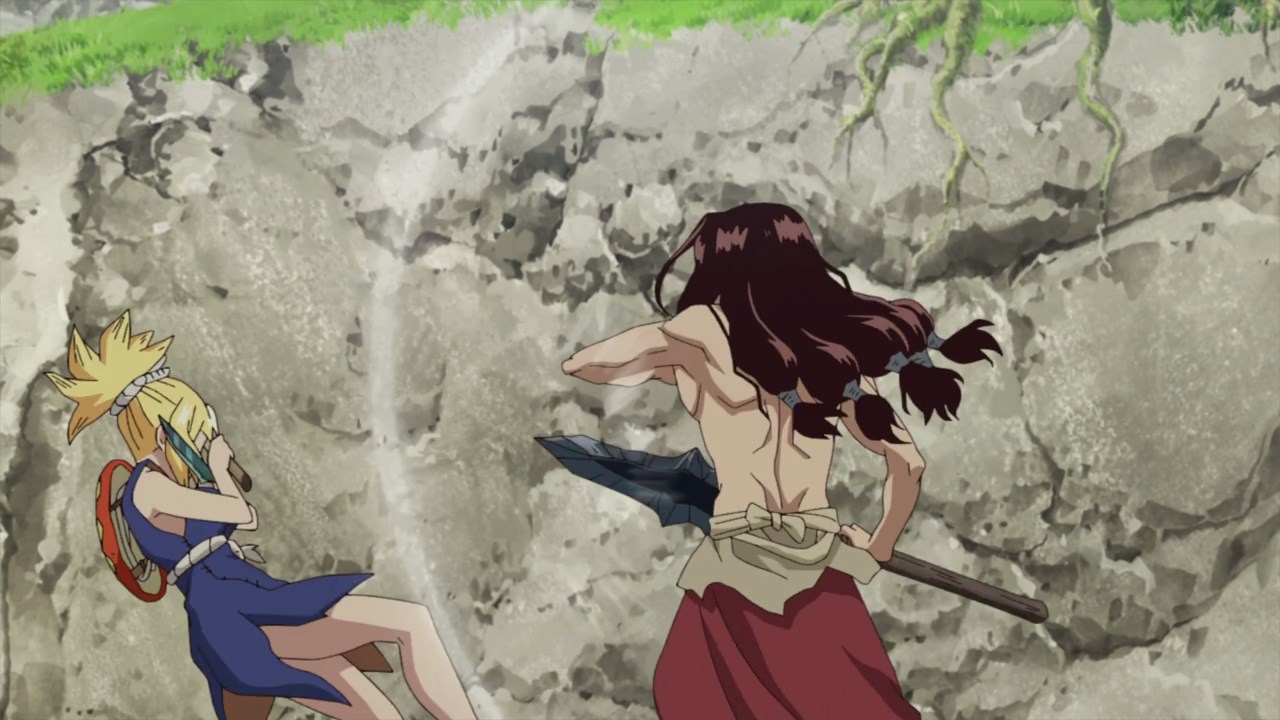 Unfortunately for Kohaku, Tsukasa Shishio is stronger than her because he learned martial arts before being petrified. At this point, Kohaku might get killed at the hands of Shishio. 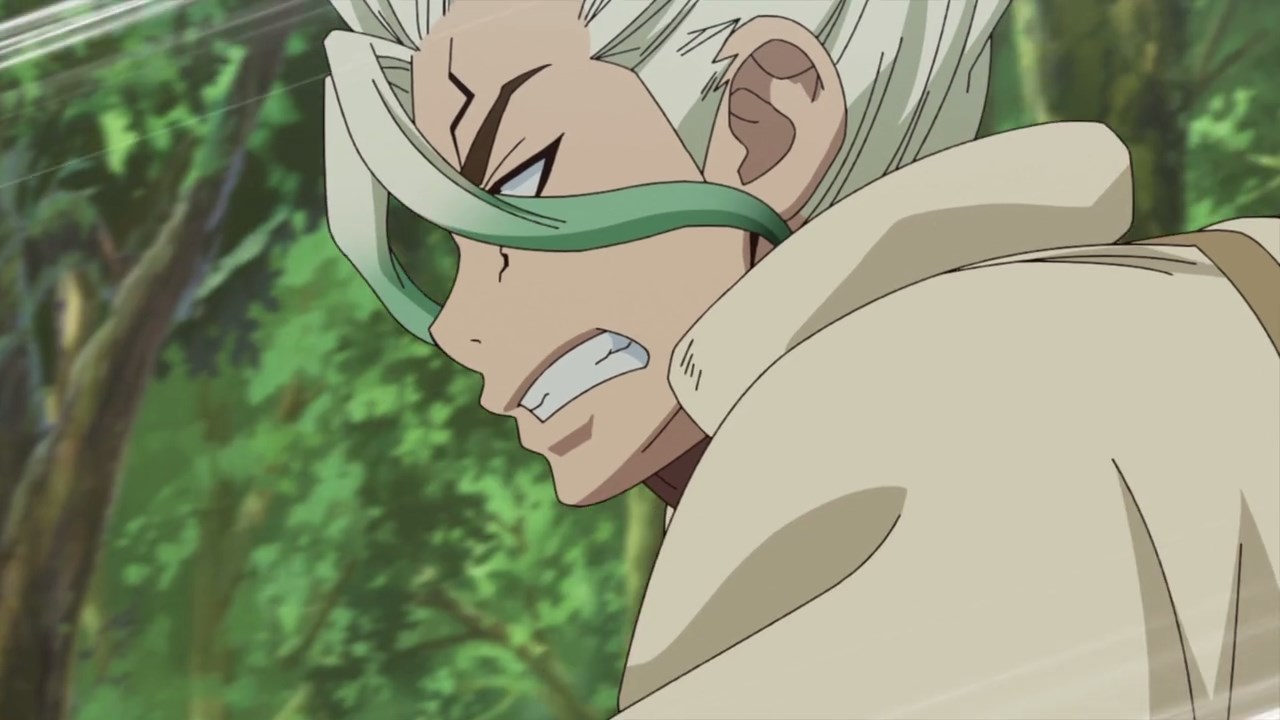 On the other hand, here’s Senku as he noticed some ruckus and head towards the scene, although I fear that Tsukasa might attempt to kill him again! 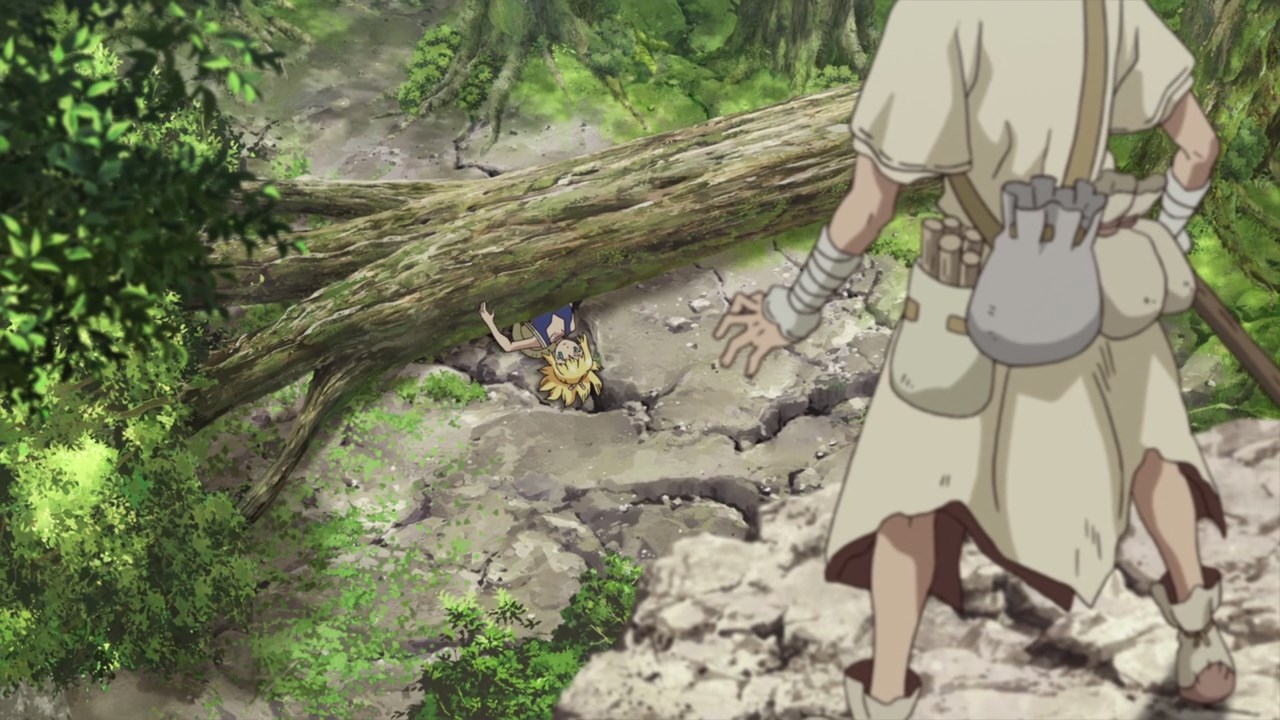 Well, Tsukasa Shishio already left the scene but Senku will have to deal with a human being pinned down by a tree. 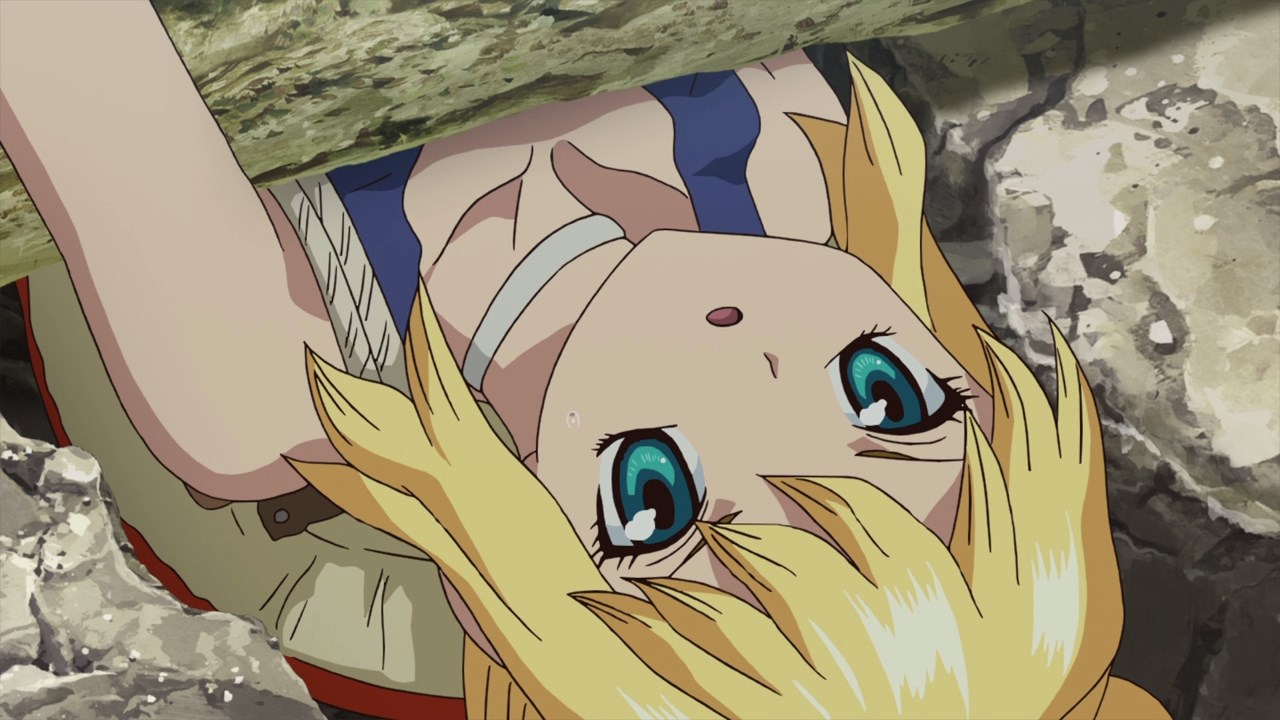 Oh yeah, and it seems that Kohaku is happy to see Senku being alive and well, but the problem is how to save her from being crushed to death. And without Taiju Ooki around, Senku can’t lift this heavy tree by himself. 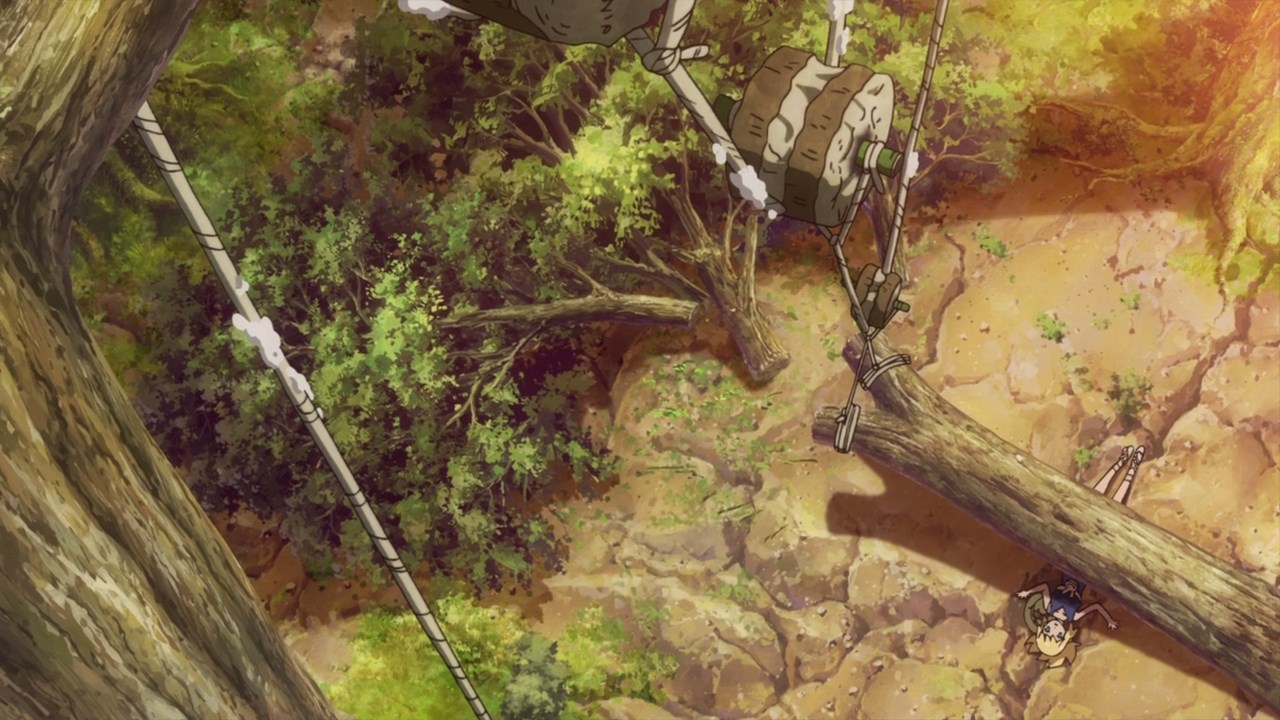 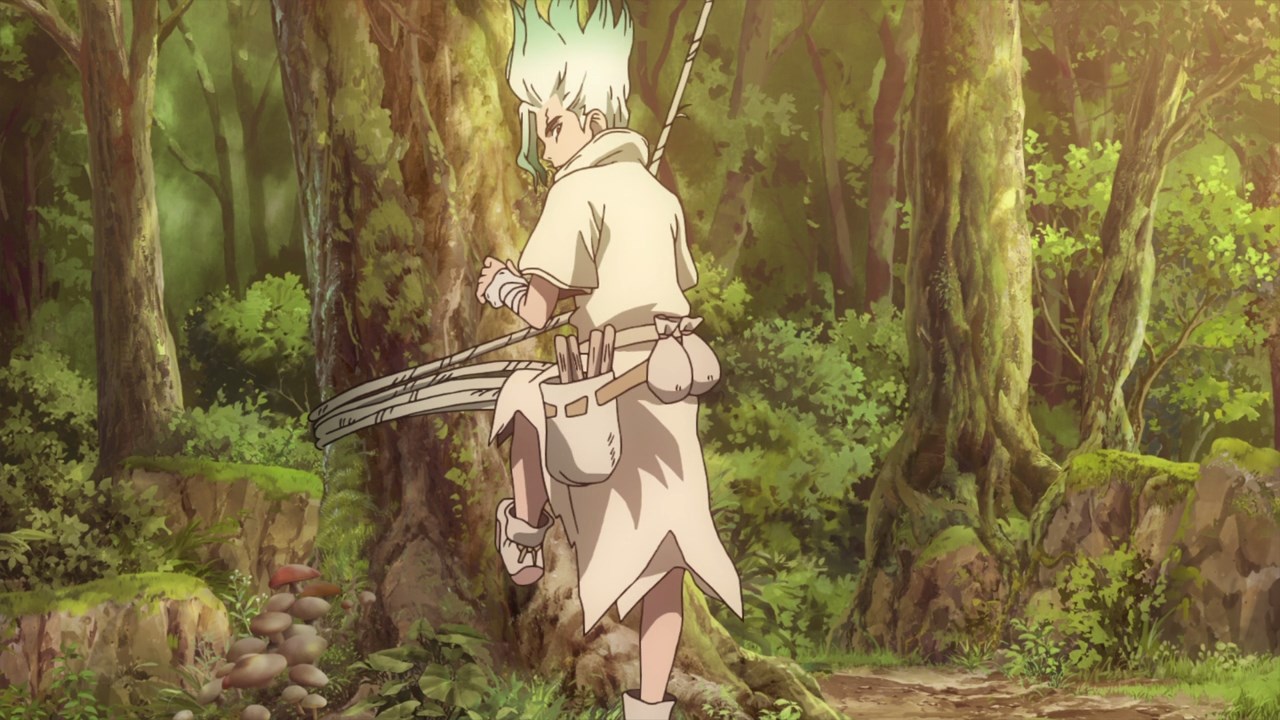 But you know what, Senku will solve it with science, specifically Archimedes’ block and tackle system where he can pull a heavy object with little force through a combination of pulleys. Gotta say that he saves a girl from being killed thanks to Achimedes’ teachings! 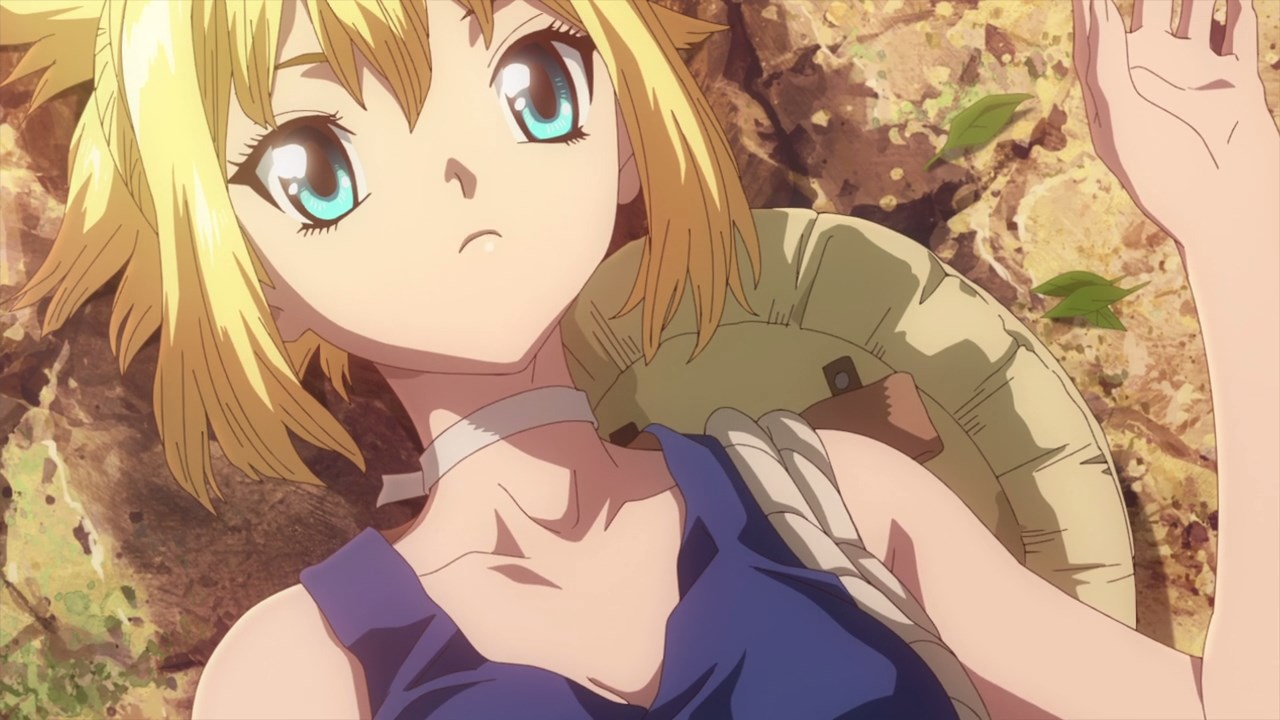 Of course, I’m curious on who Kohaku is as she’s not those people who got petrified in the past. Heck, she might be part of a group of people who lived after civilization collapsed.

Then again, we’ll know the answer next time as Senku will find ways to stop Tsukasa Shishio and his ambitions of ruling the stone world with an iron fist.