Well everyone, this is the aftermath as cops have arrived at the scene where Miku Kohinata and Elfnein were last seen here. Of course, I’m worried that Millaarc killed them both. 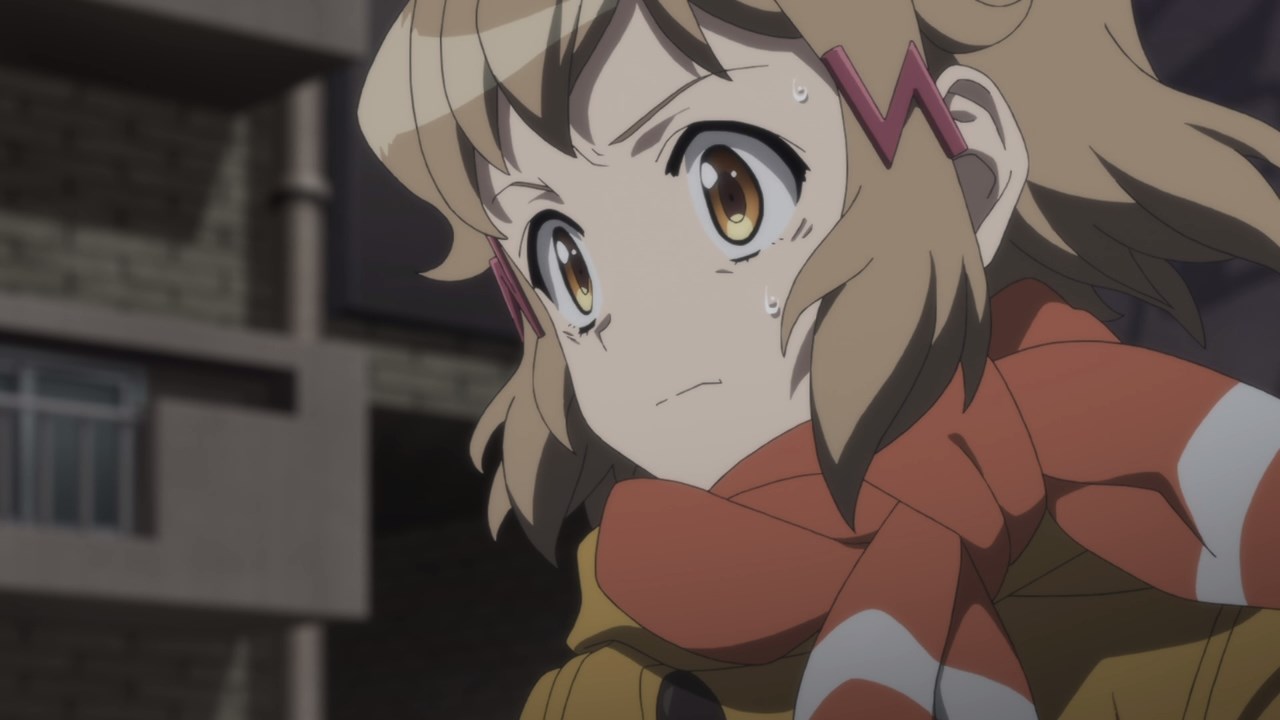 For Hibiki Tachibana, she might be in distraught that her friend is gone but then again, I doubt it ’cause Millaarc might want to capture both Miku and Elfnein. 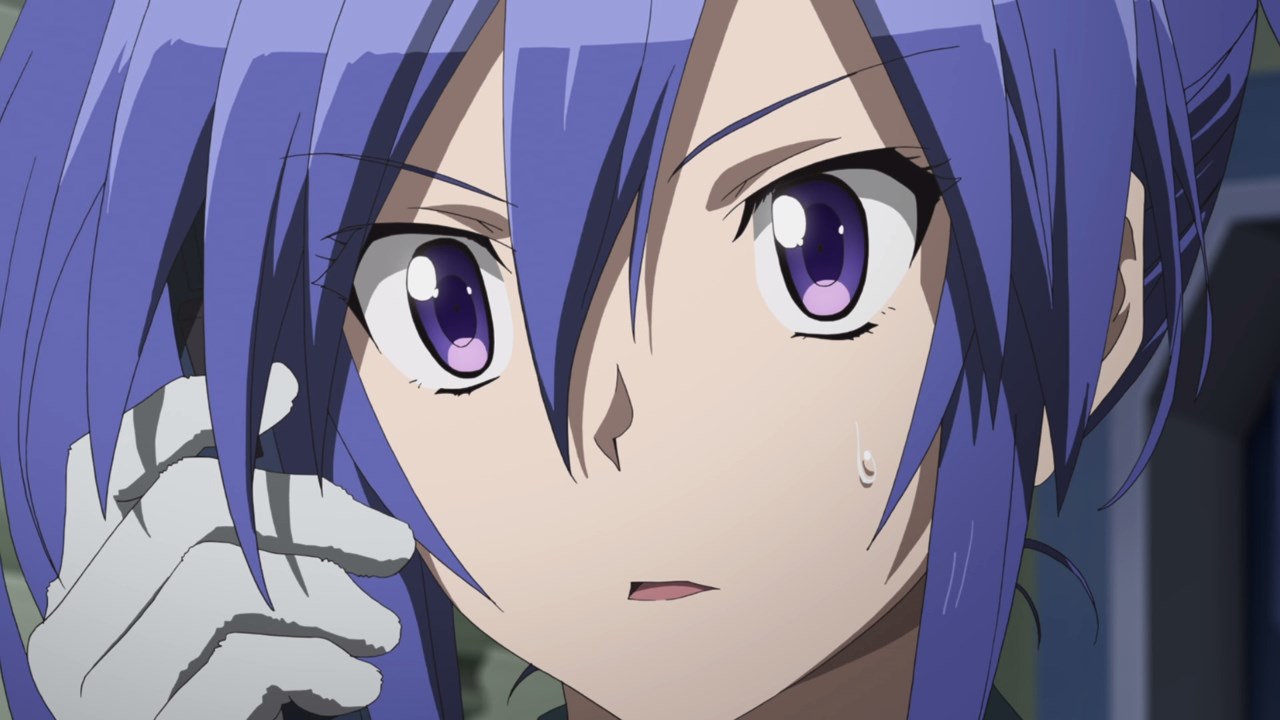 Meanwhile, here’s Tsubasa Kazanari where she received a phone call from her grandfather, telling Tsubasa-san that she failed her mission as a sword to protect the country. This is one laughable statement from Fudou Kazanari. 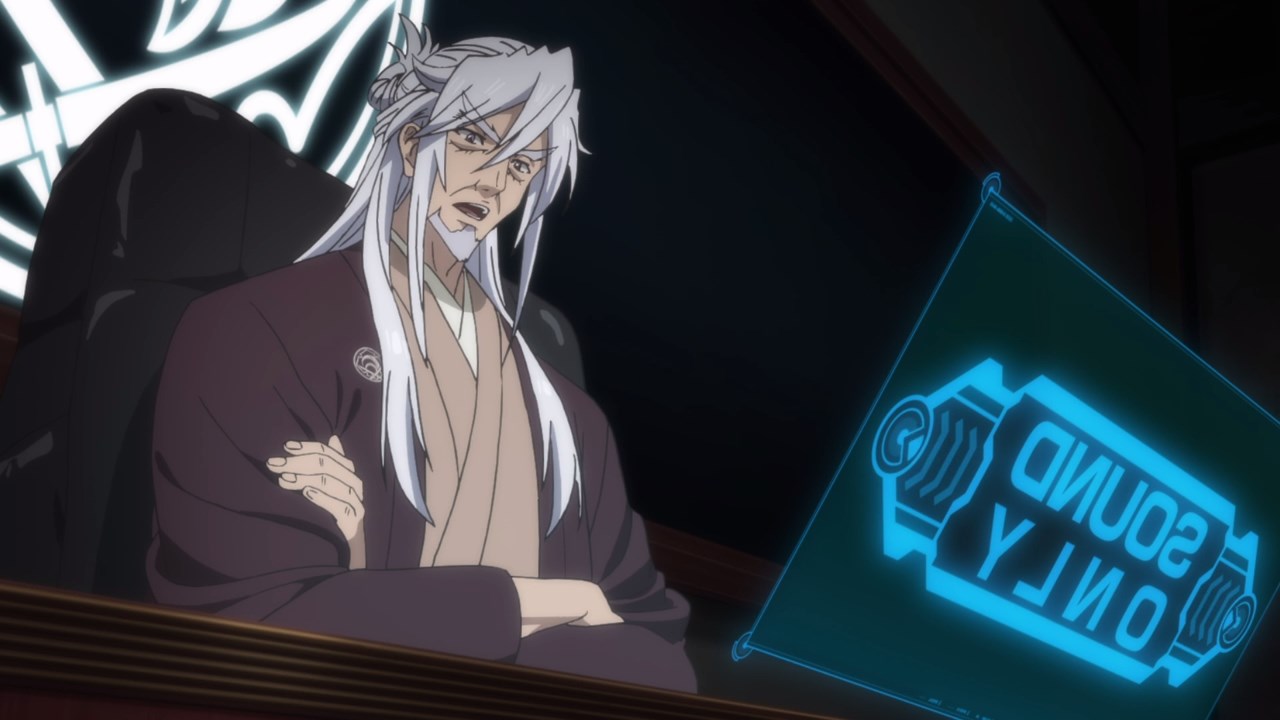 And really, Fudou is the one at fault for throwing wrench at the Symphogear users, all while using Noble Red to activate a relic from the Custodians.

Seriously, this bastard is the worst and you know what’s infuriating about Fudou Kazanari? He has access to Seal Invasion, which means that Fudou will force his granddaughter to fight Hibiki and the rest of SONG. But you know what, I wanna know where Miku Kohinata and Elfnein is? 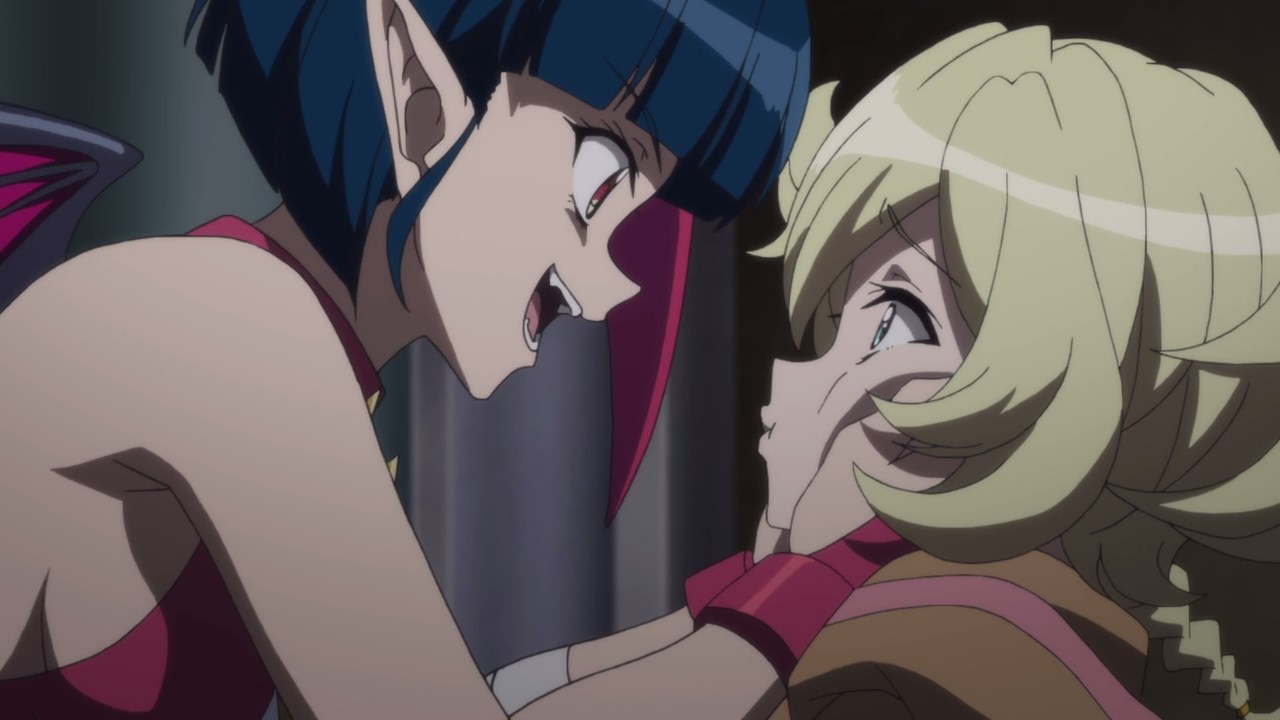 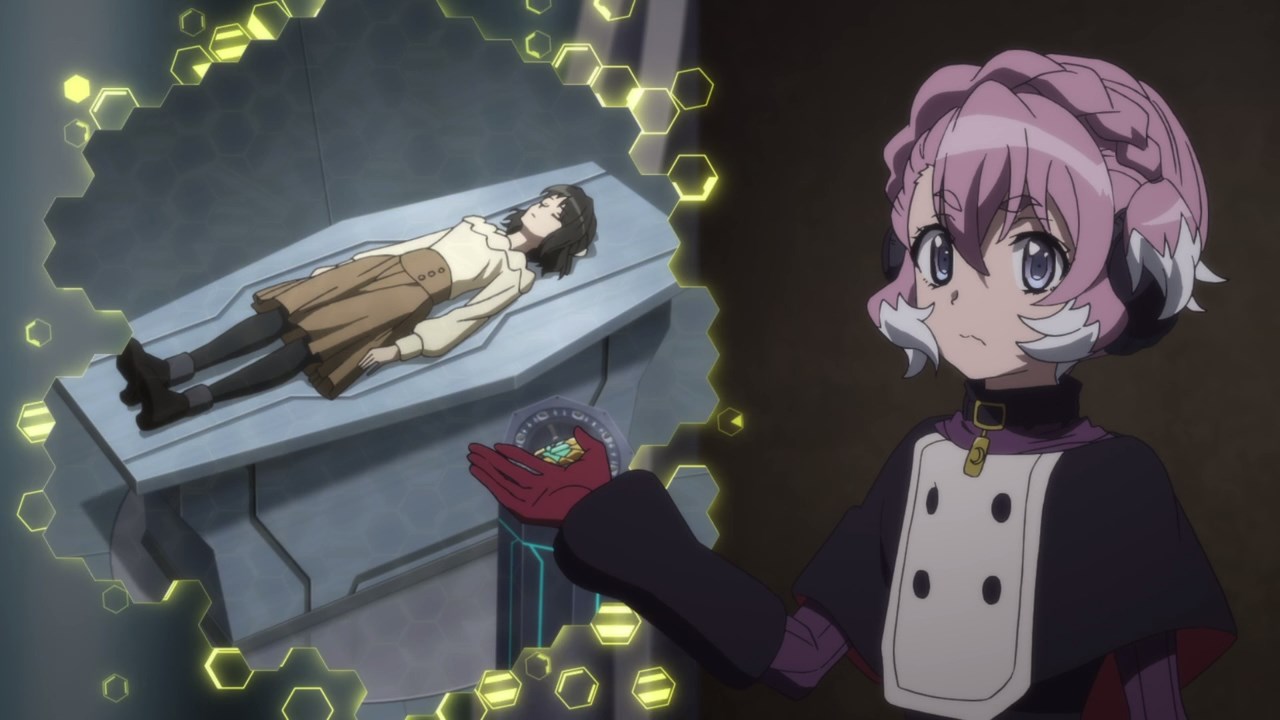 As for Miku, Elsa told Elfnein that Miku Kohinata is safe as they’re gonna use Shenshou Jing’s power inside her body. But seriously, how did Noble Red manage to capture them while leaving a pool of blood?

Well you see, Millaarc slashed that phony chief inspector right in the jugular. Yeah, that’s lots of blood spewing out of this guy.

And both Miku and Elfnein are horrified obviously ’cause you know that Millaarc is freakin’ serious on capturing them. If they refused, they’ll get the axe from this vampire alchemist! 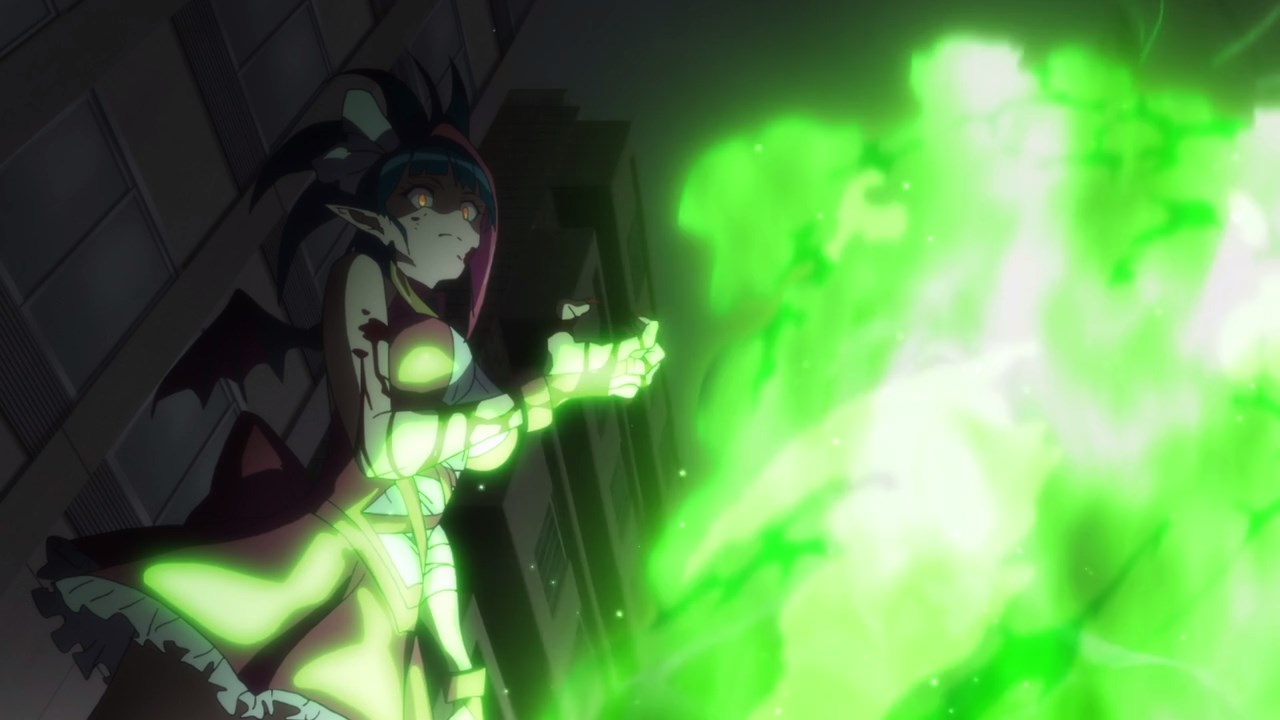 Anyways, both Miku Kohinata and Elfnein fainted from seeing someone died at the hands of Millaarc. And that’s how they end up being taken as hostages inside Chateau du Tifauges. 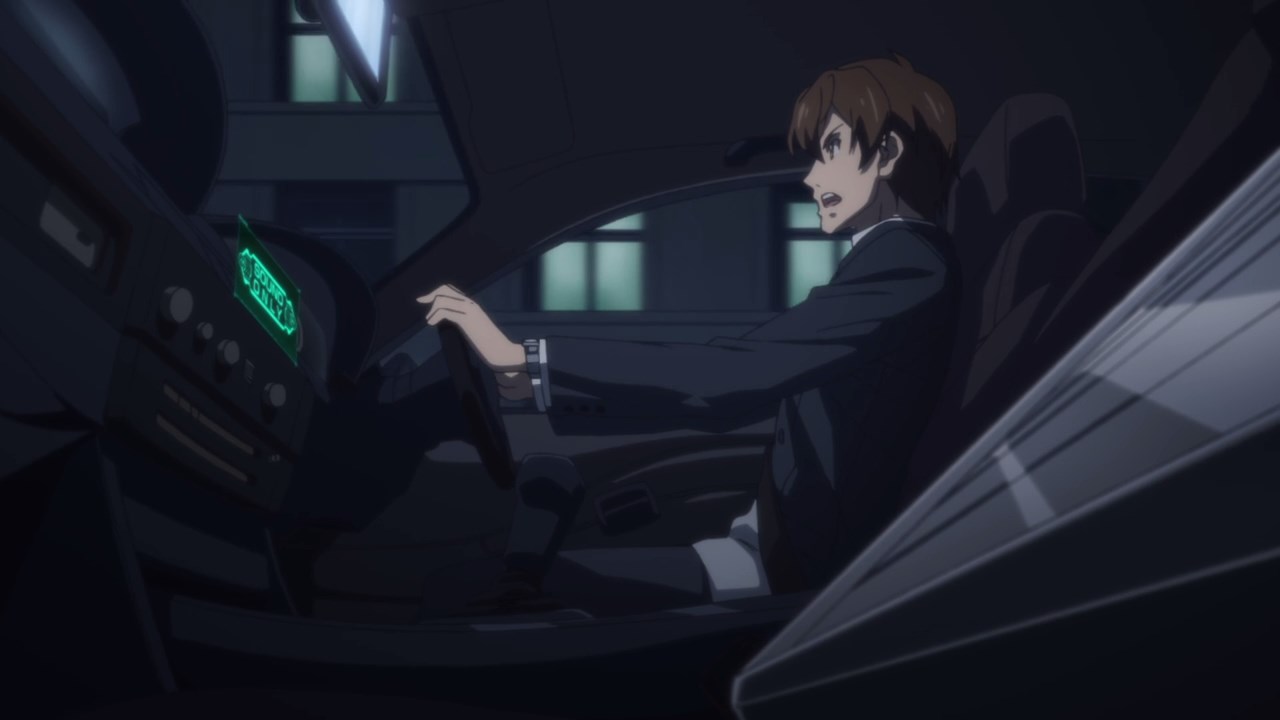 Of course, there’s still hope as Shinji Ogawa found some evidence in regards to the relation between Kamakura and Noble Red. But will Tsubasa’s manager make it safely to SONG’s submarine base? 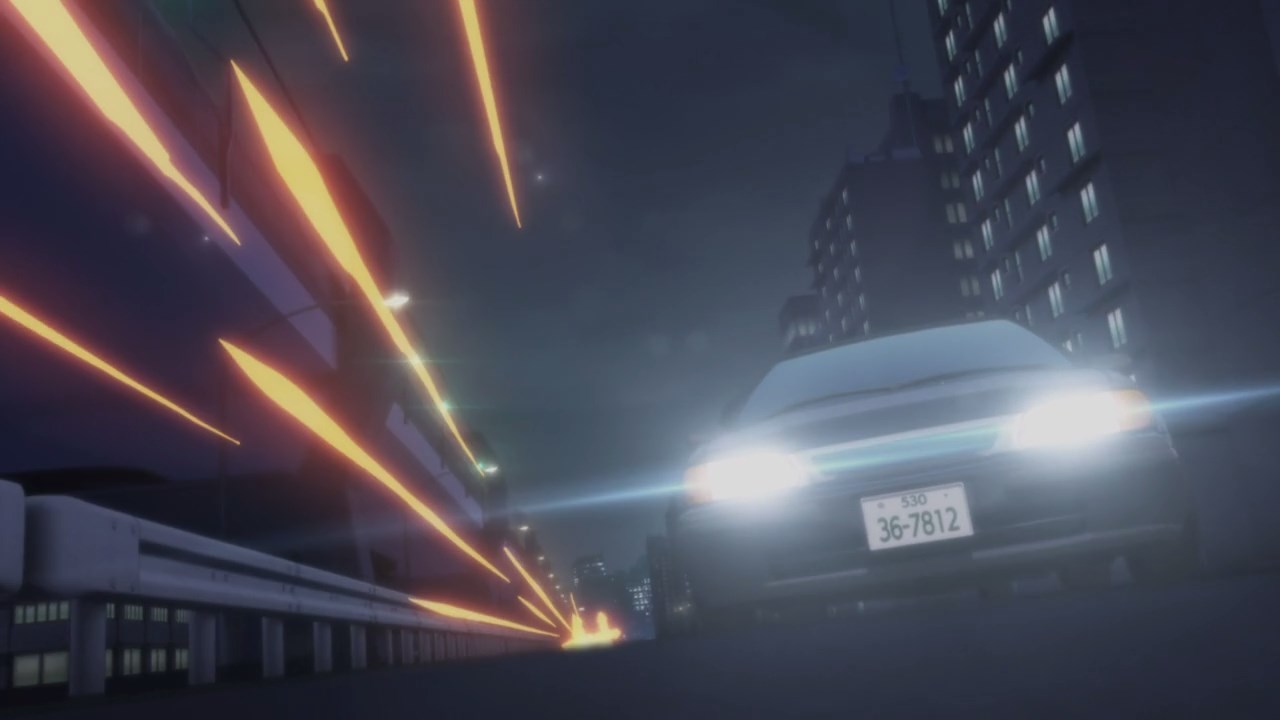 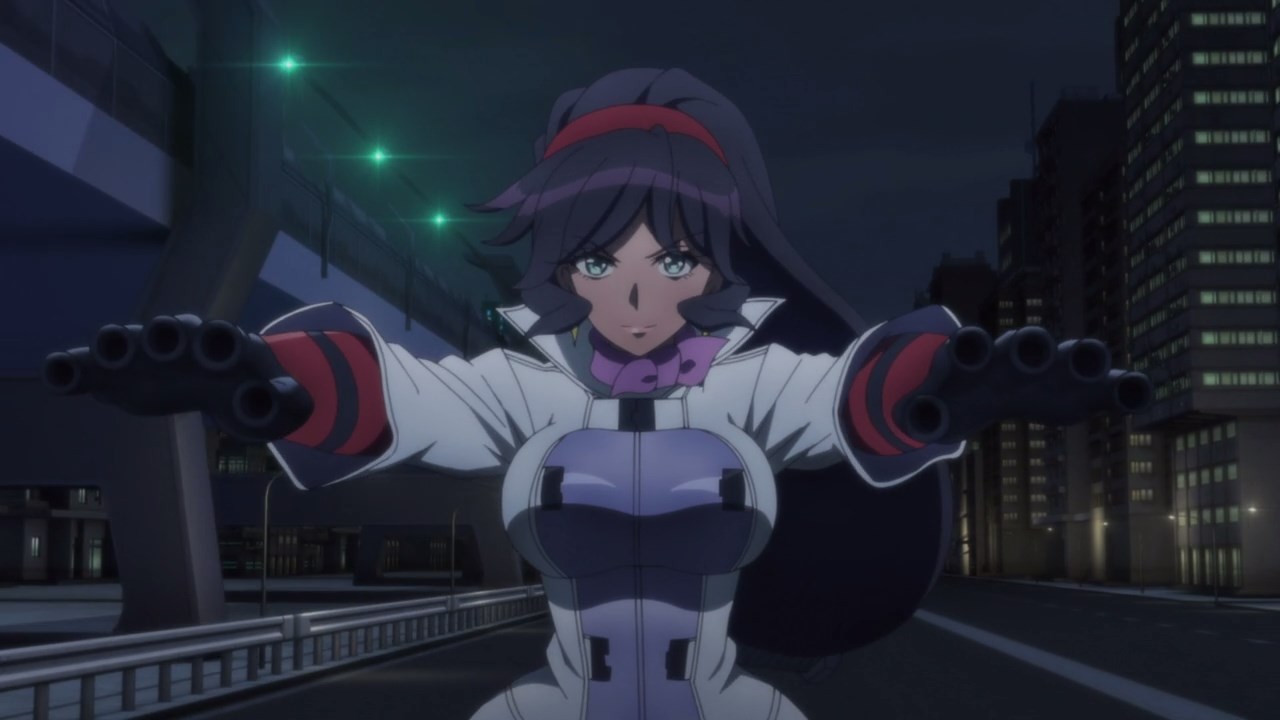 To make matters worse, Vanessa shows up where she’s taking Ogawa down with her finger machineguns. Man, I wish she would use her breast missiles again! 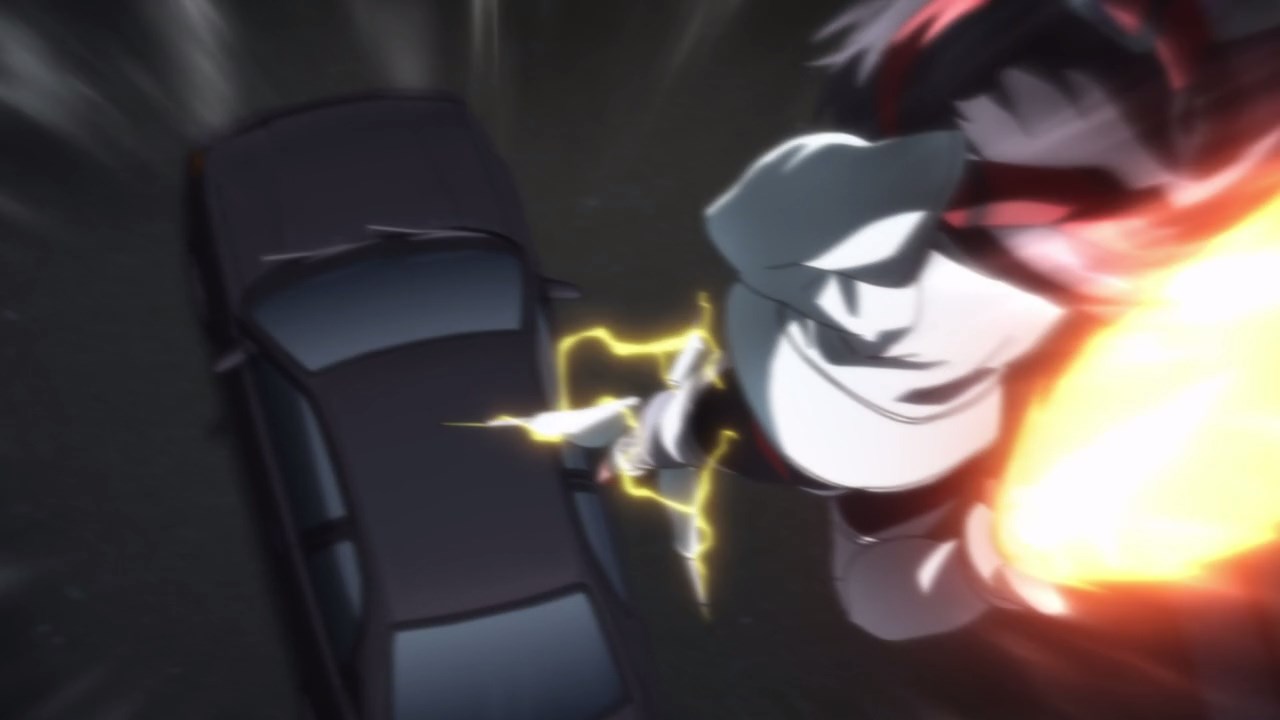 Anyways, Vanessa decides to stomp Shinji Ogawa inside his car until he’s flattened like a Goomba. 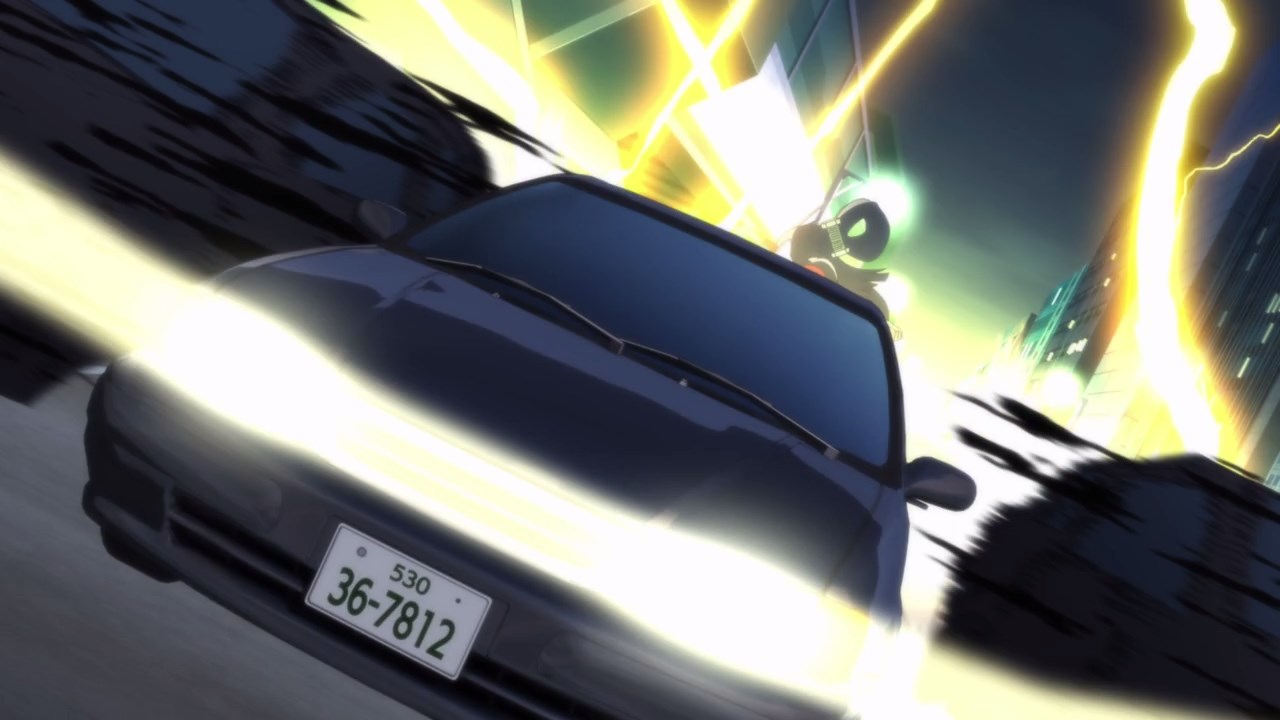 However, let’s not forget that Ogawa is a freakin’ ninja as he makes a shadow clone of himself along with his car. Well, looks like Vanessa failed to stop Tsubasa Kazanari’s manager! 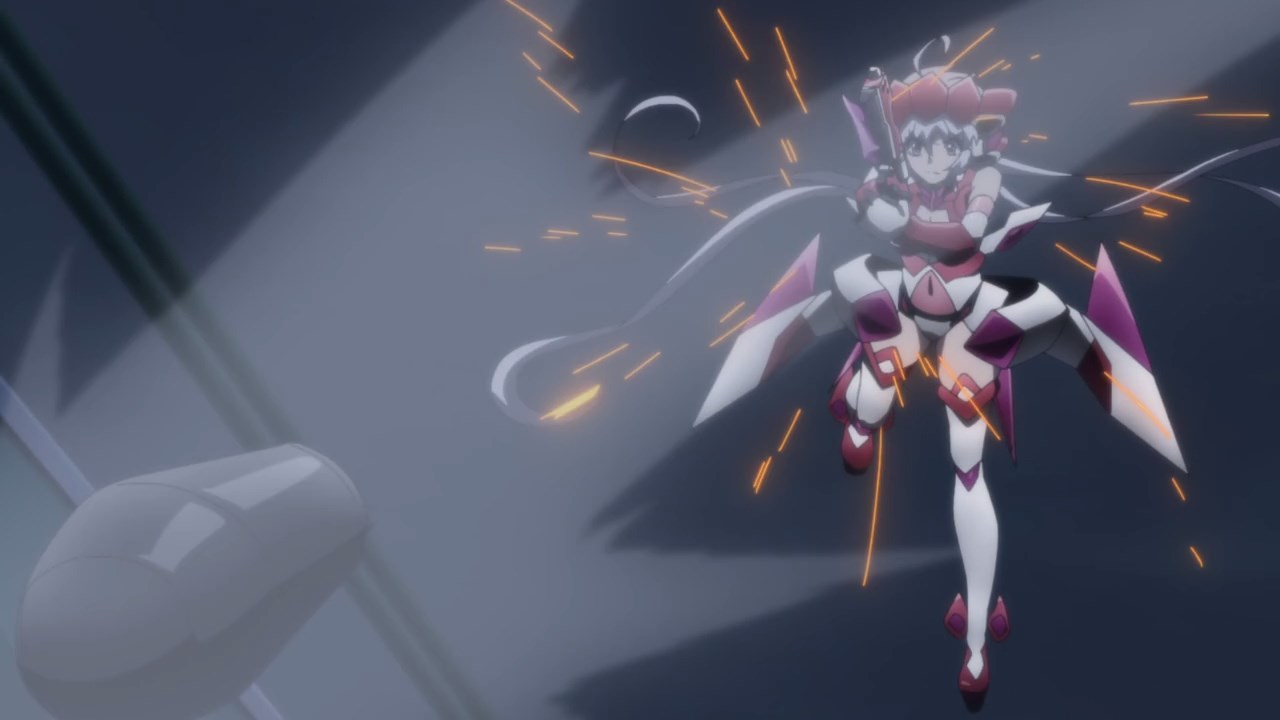 Meanwhile, Chris Yukine and Maria Cadenzavna Eve have arrived to capture Vanessa and force her to spill the whereabouts of both Miku Kohinata and Elfnein. 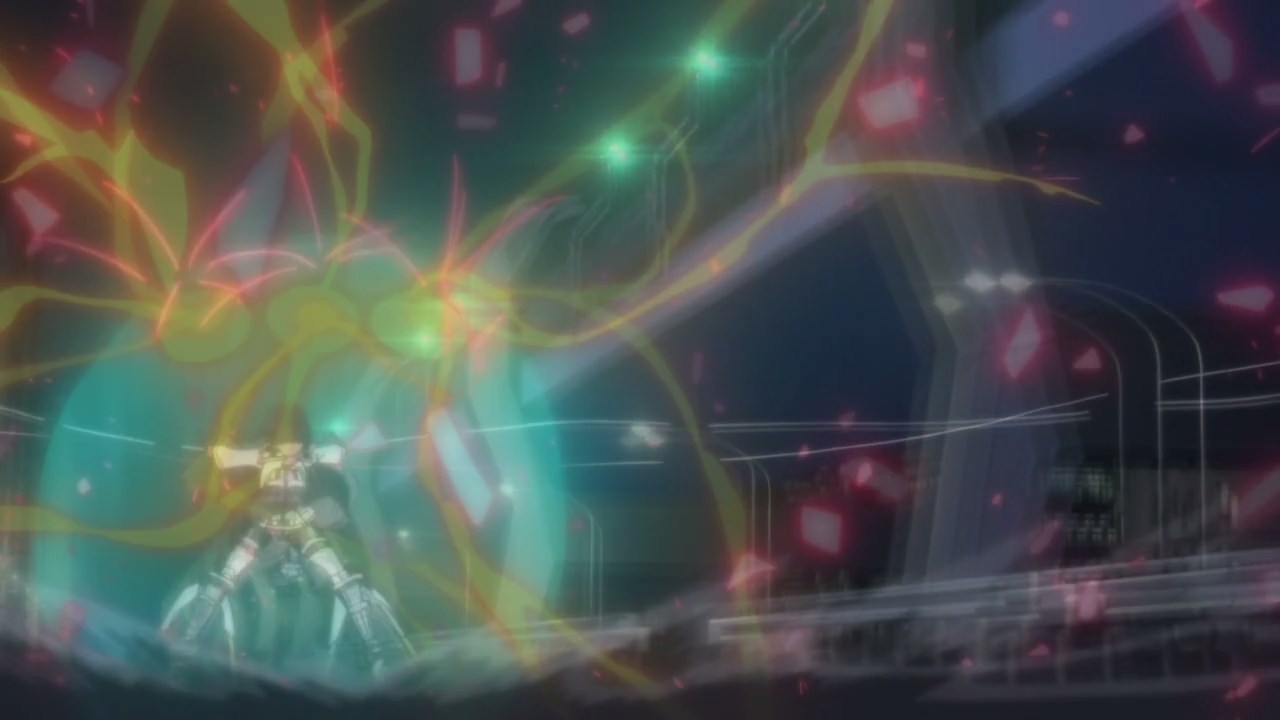 Then again, Vanessa doesn’t want to deal with Symphogear users as she used her barrier to stop Chris’s drill bullets. 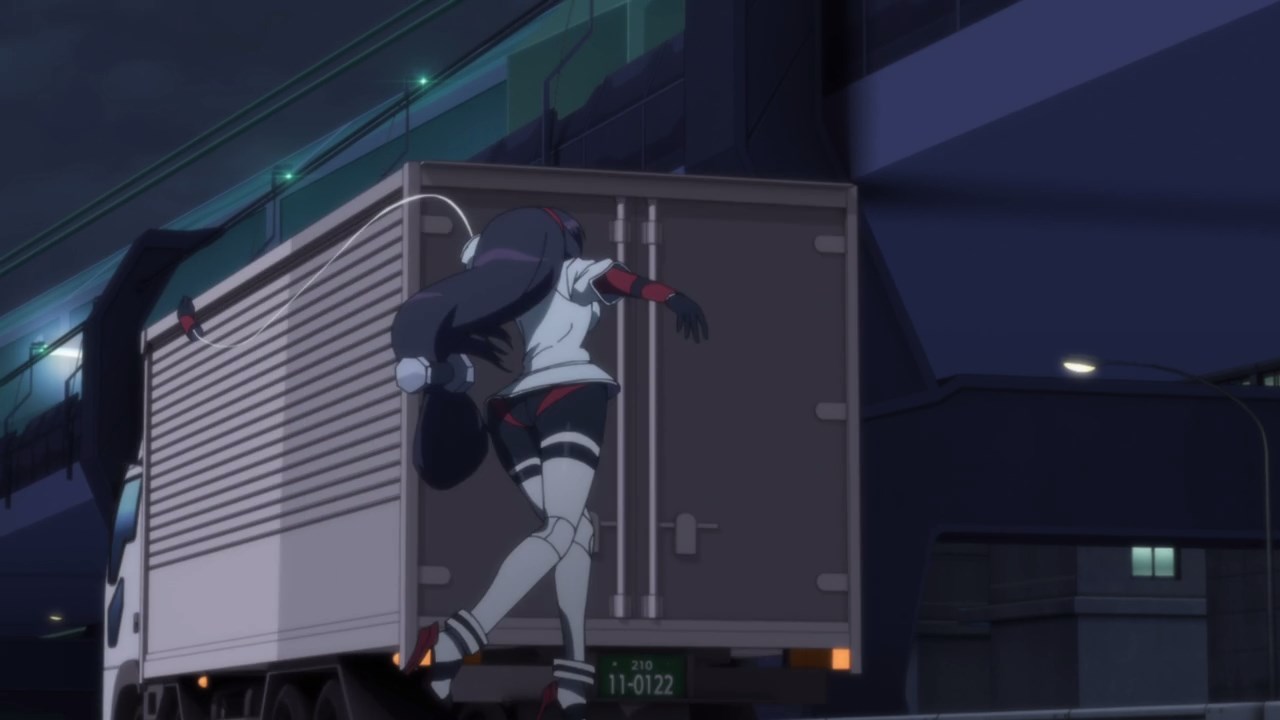 Oh and to make matters worse, Vanessa catch a truck to use it as her escape vehicle. Of course, Vanessa’s gonna kill the driver if he/she doesn’t comply. 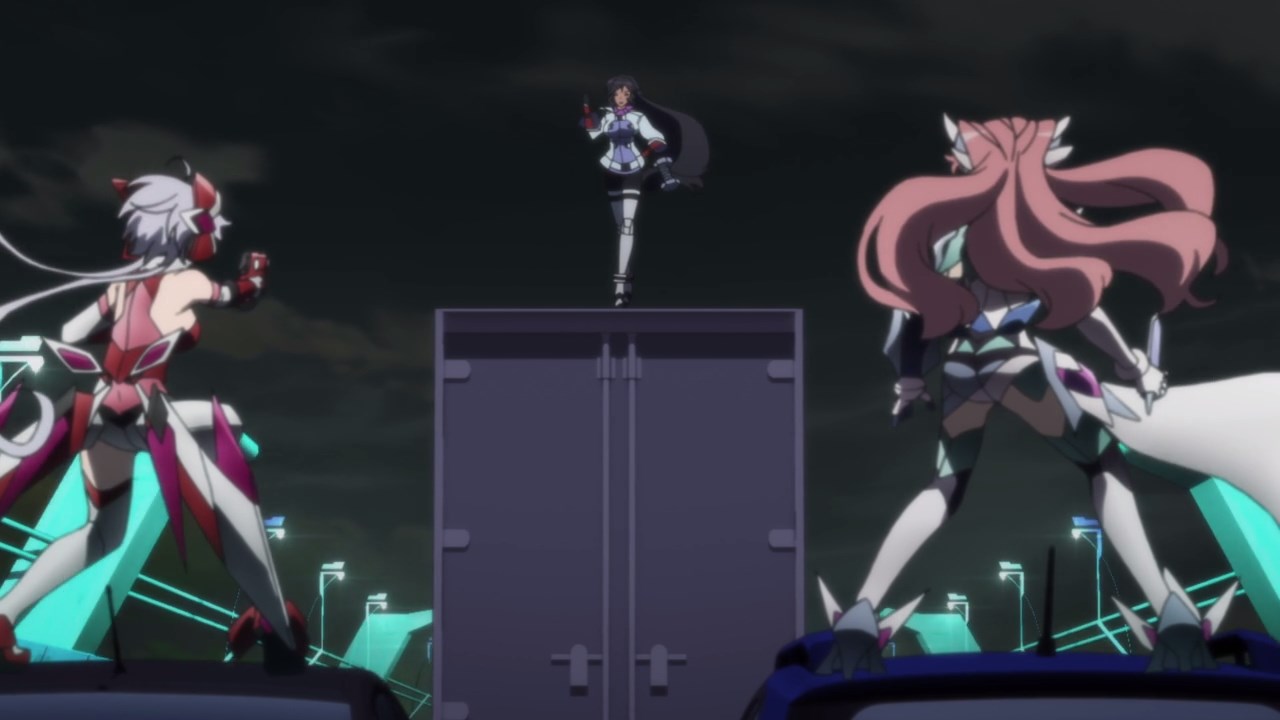 At this point, Chris and Maria is stuck between capturing Vanessa and saving one truck driver from being blasted away.

Speaking of Vanessa, she’s gonna stall them by telling the truth about Maria’s relic Airgetlám, which said that it was found by American soldiers during the Iraq War. Then again, it might not be true because Vanessa is playing their minds. 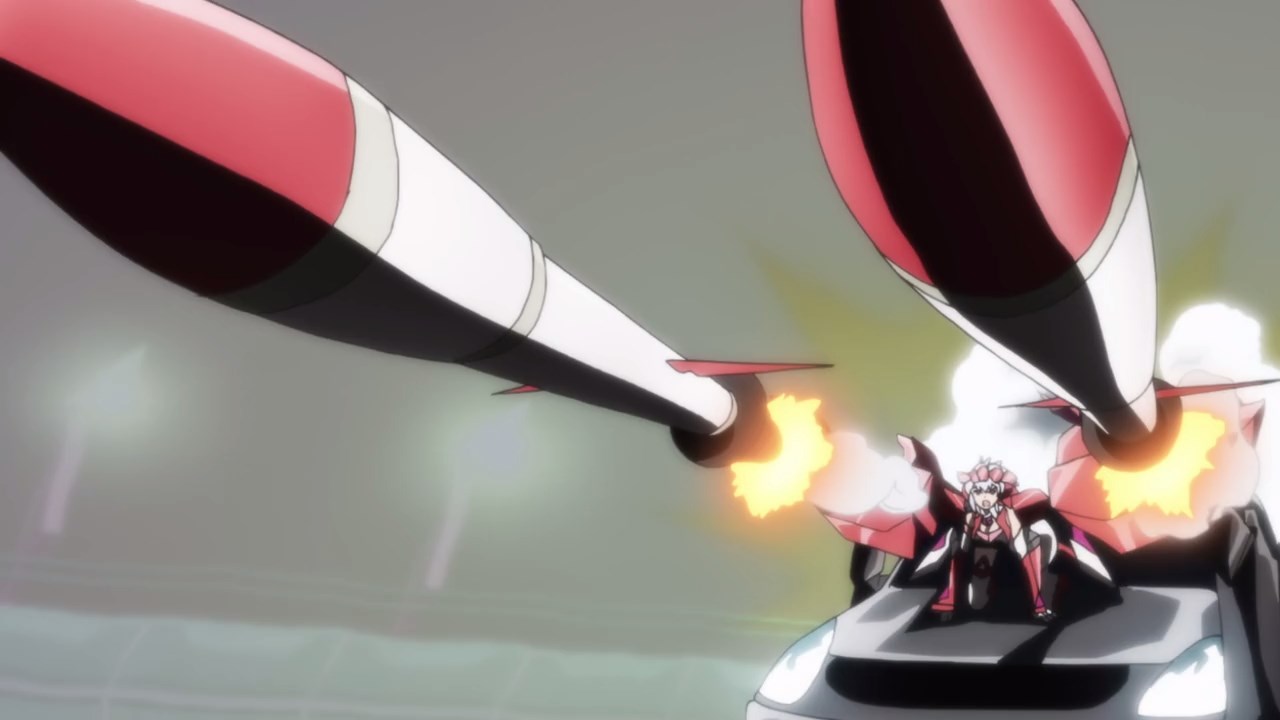 But you know what, the only thing Chris-chan and Maria needs is precision, which is why they work together to bring Vanessa down while not killing any innocent bystanders as Chris Yukine starts off with launching a pair of missiles… 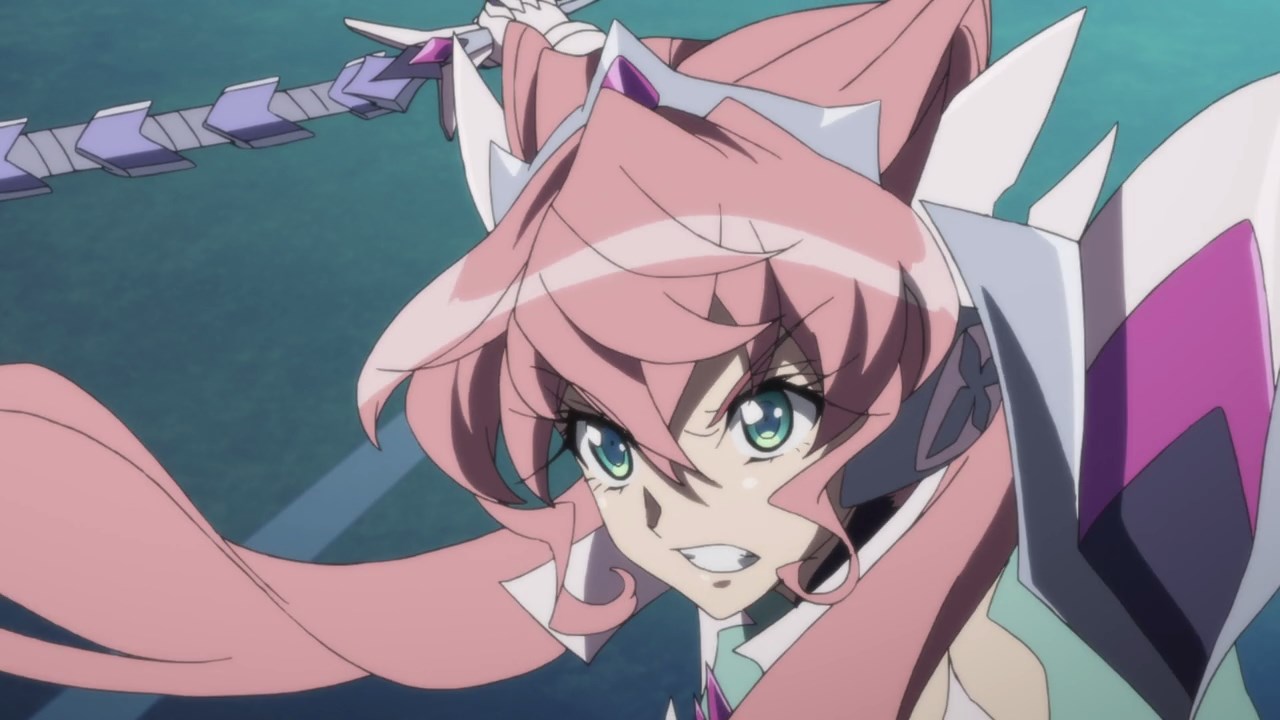 …while Maria Cadenzavna Eve uses Airgetlám as a whip to guide the missiles like a cowgirl! And you think that Vanessa is just gonna shrug it off? Think again! 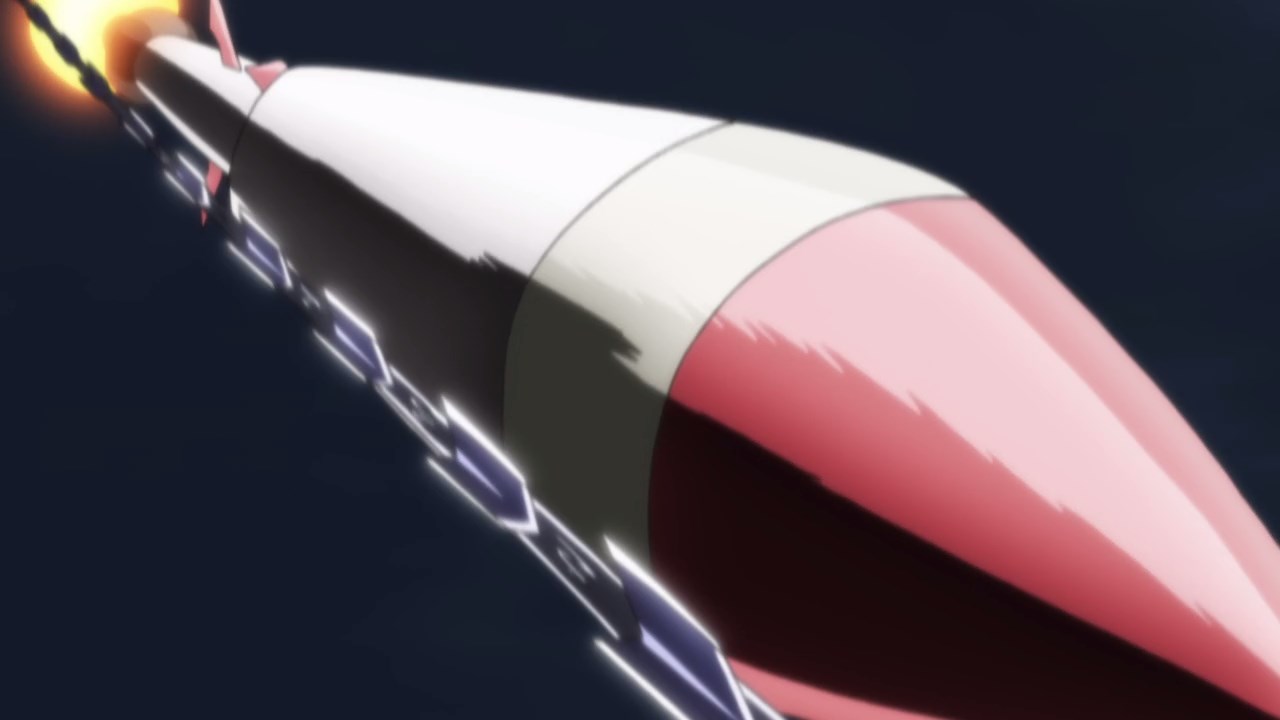 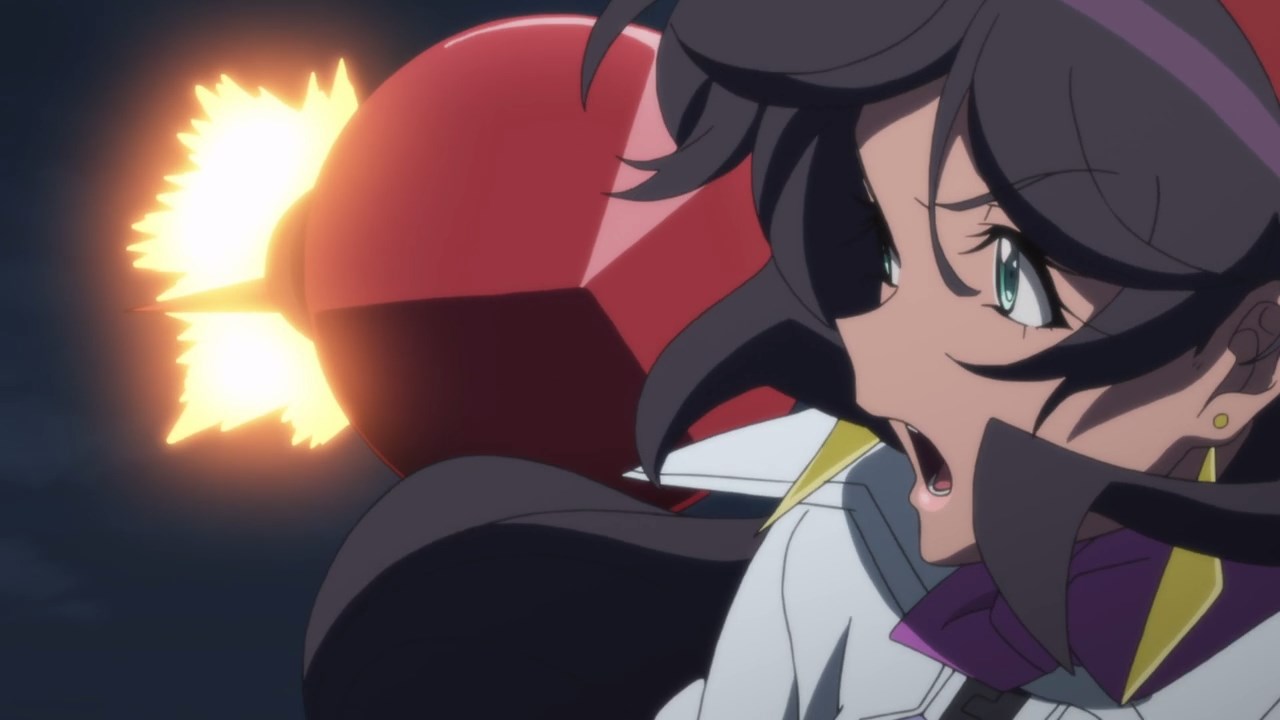 In any case, Vanessa is gonna get blasted away with Chris’ missiles that are larger than her pair. C’mon, Chris Yukine has large tits! 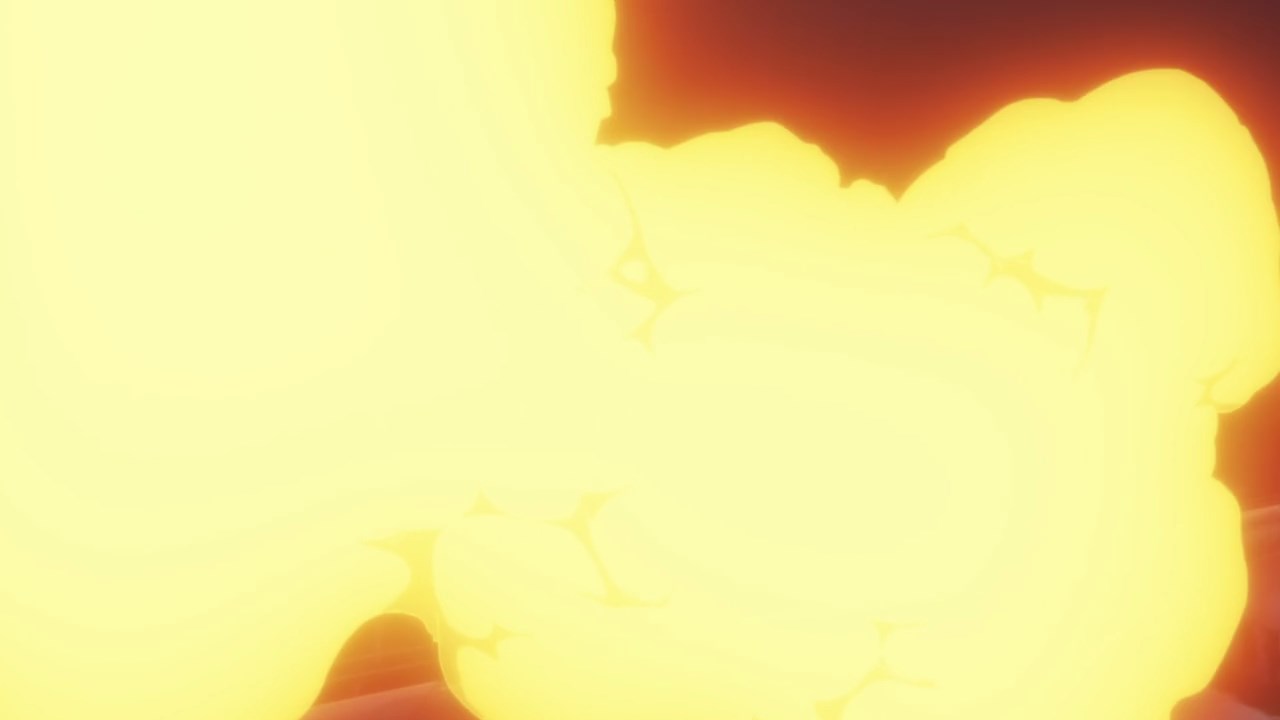 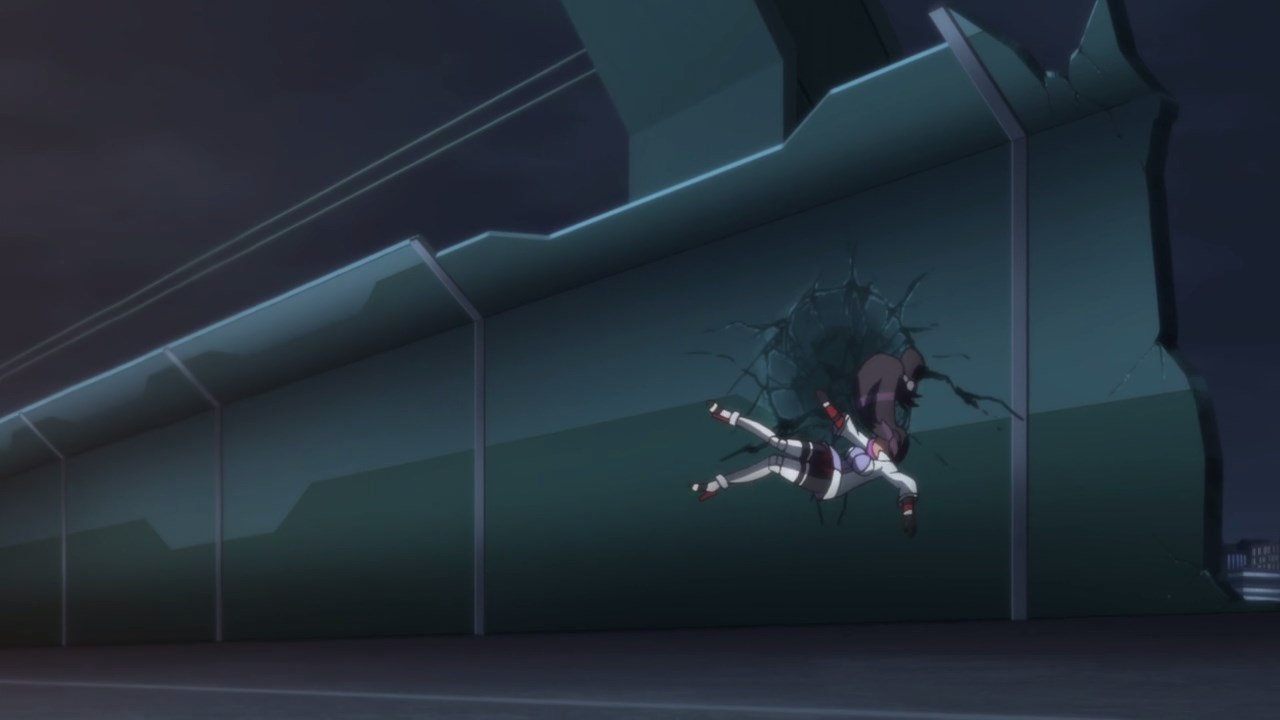 And just like that, Chris’ massive missiles explodes in which it sends Vanessa flying towards the wall. God bless Chris-chan and her Megadeath Party Missiles! 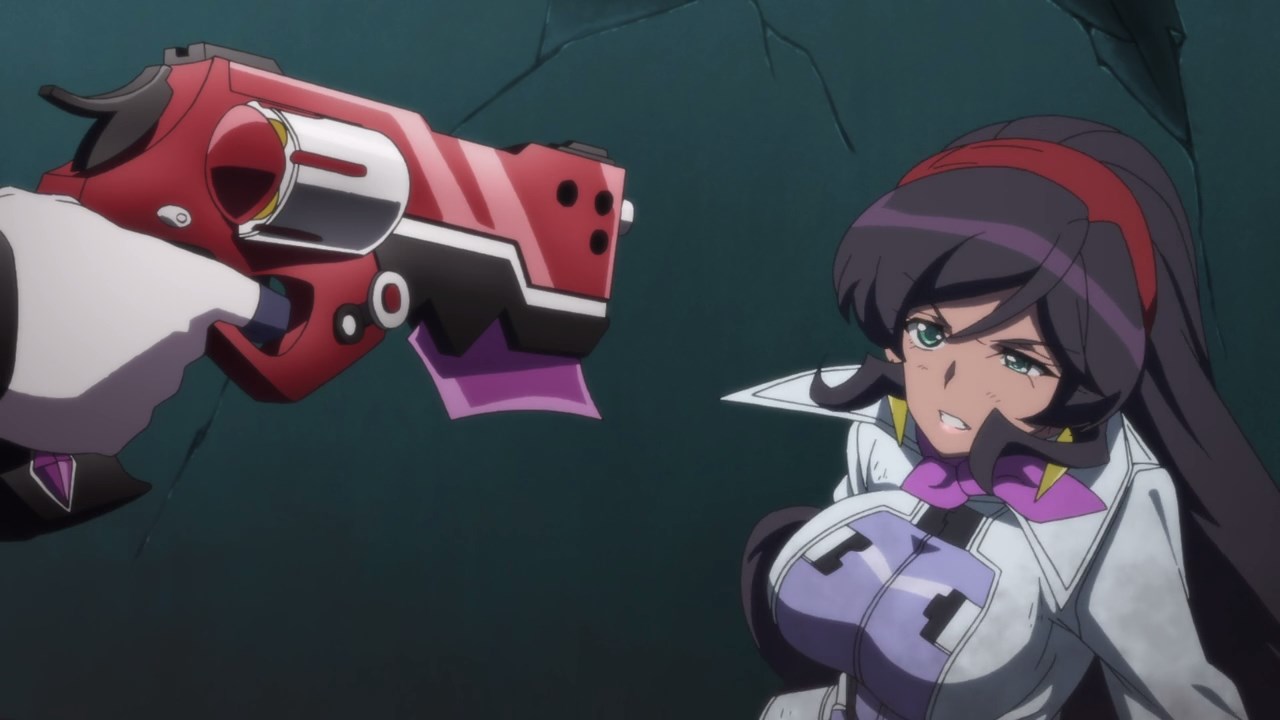 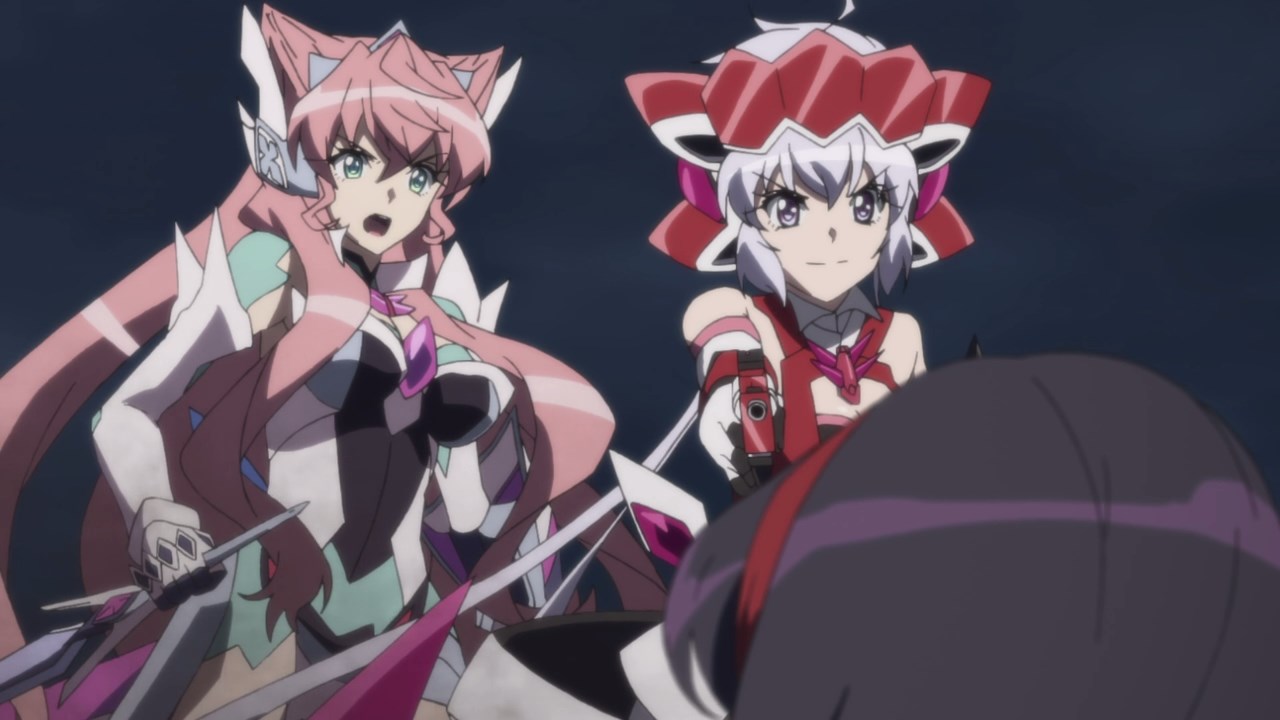 Now then, it’s time for Maria Cadenzavna Eve and Chris Yukine to force Vanessa on telling the whereabouts of both Miku Kohinata and Elfnein, ’cause these Symphogear users know that their friends are still alive. 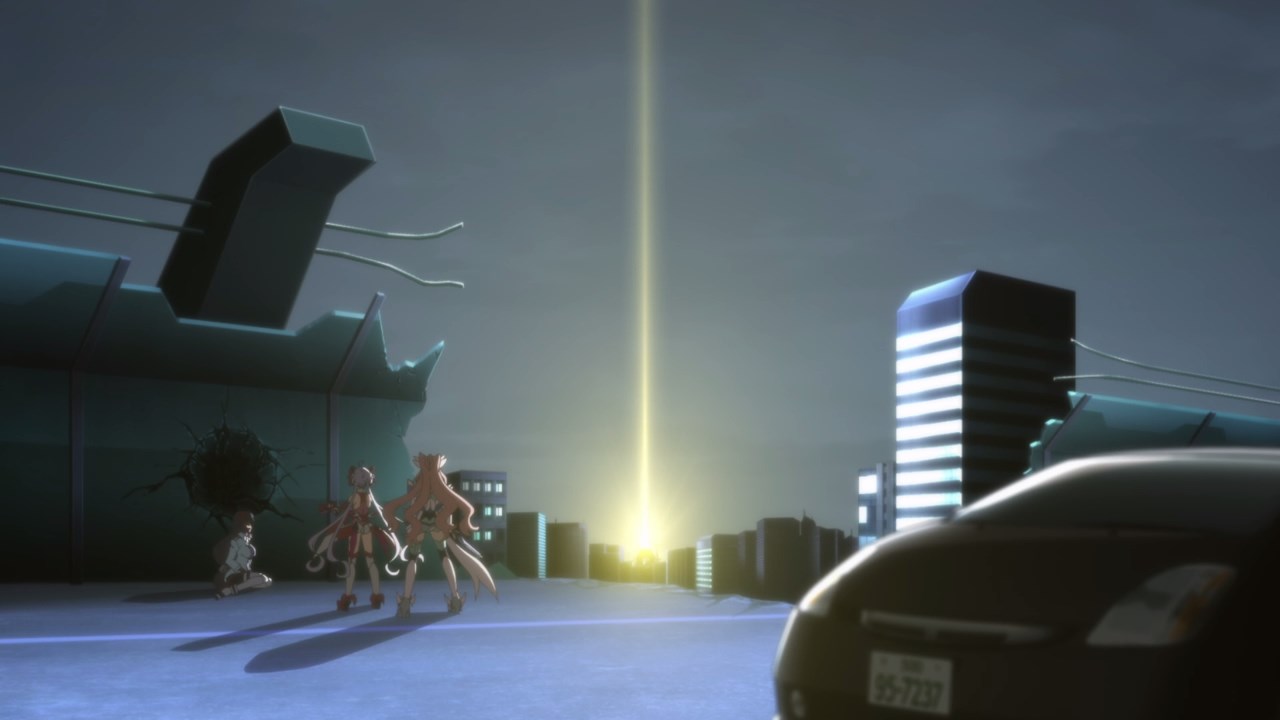 Unfortunately, it appears that a relic was activated as seen with this beam of light. Looks like someone got impatient and activated the Bracelet of Shem-ha.

Of course, the only thing that they need to worry is some object is emerging from Chateau du Tifauges. 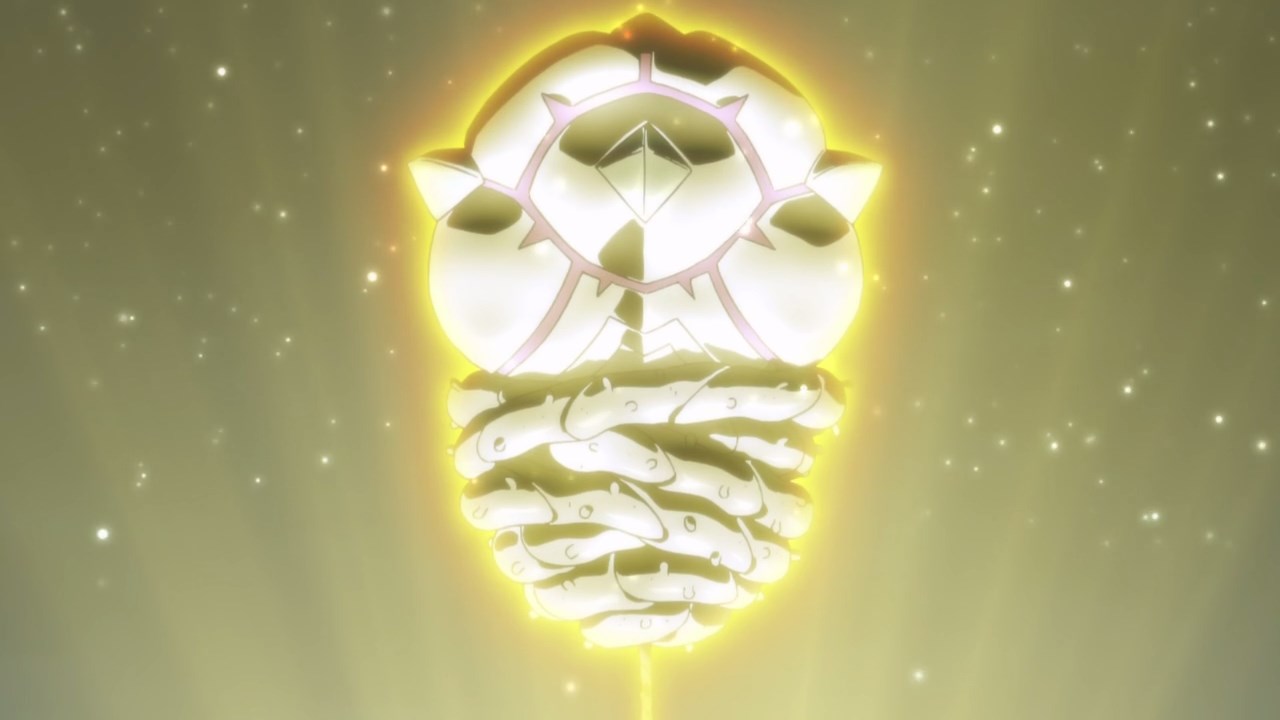 And really, I feel that this object might be some kind of egg. But what’s inside of it? Is it Fudou Kazanari or Miku Kohinata?

Well then, looks like I’m gonna find out next time and dammit, SONG got upstaged again by these meddling alchemists from Bavarian Illuminati!