To Aru Kagaku no Accelerator Episode #05 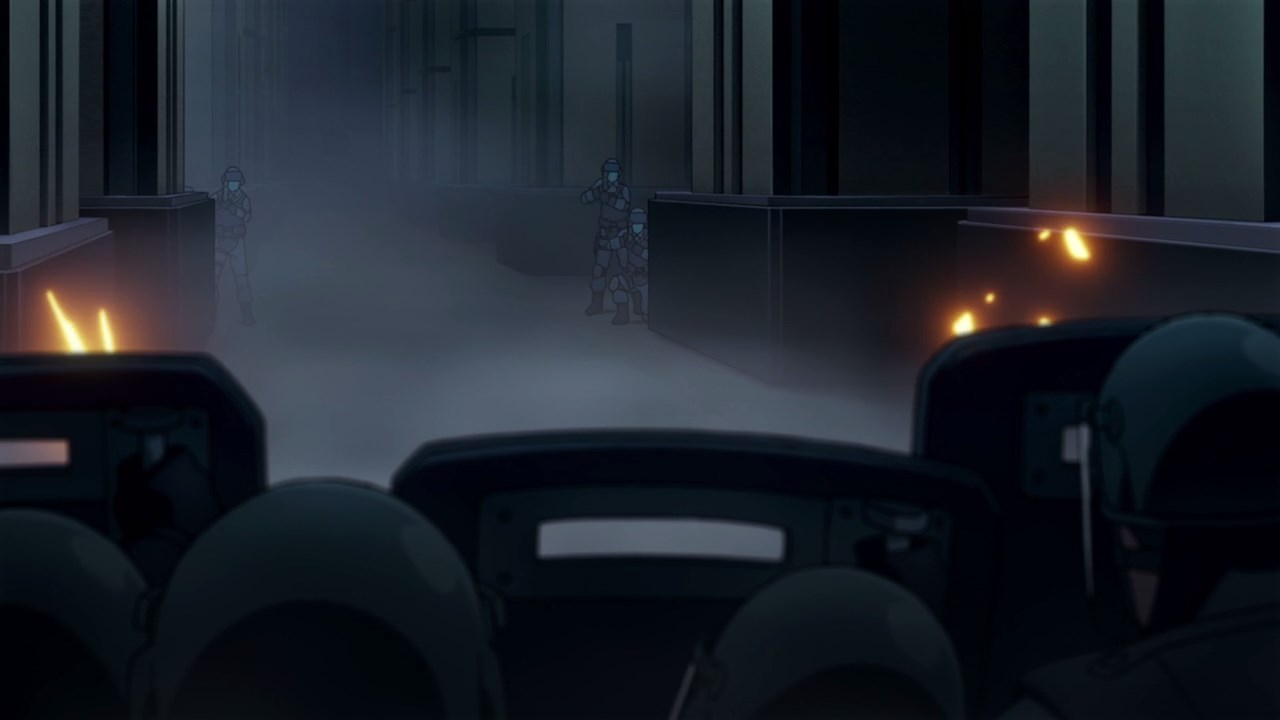 Well, it appears that Disciplinary Action still exists after Scavenger blew up one of their hideouts.

Now, they’re fighting against Anti-Skill inside Sukunabikona Foods’ supplement factory and it’s a battle of attrition between chaotic good versus lawful good. 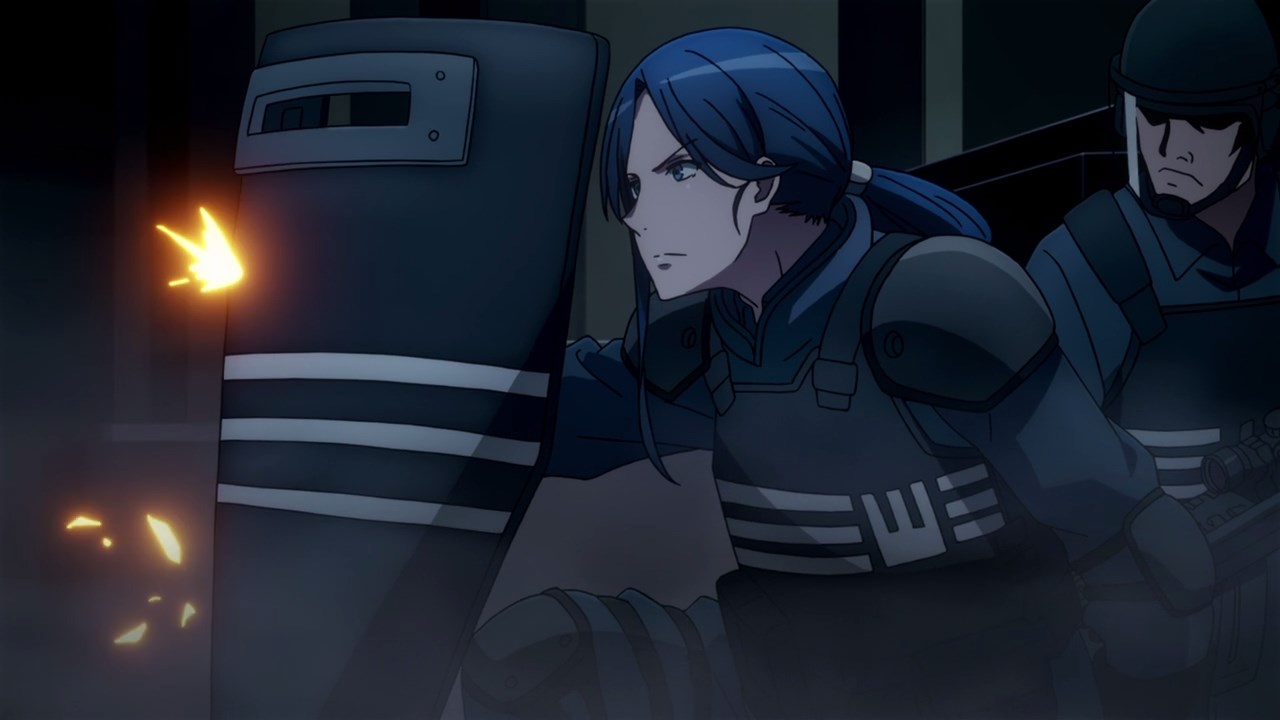 For Aiho Yomikawa, she’ll have to crush her fellow cops who’ve gone crazy with their brand of justice, even though Yomikawa will have to pull the trigger to kill DA off. 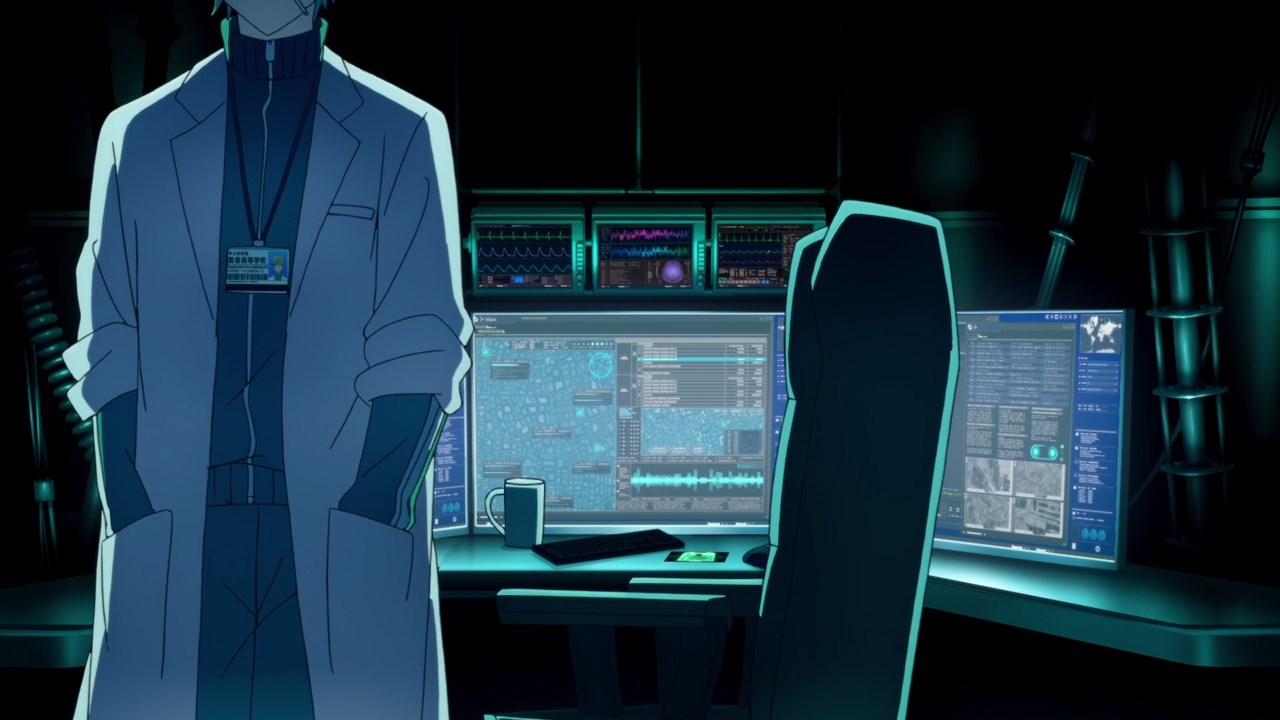 But for Mikihiko Hishigata, he doesn’t care about Disciplinary Action as he’ll rather do other things like tuning the Qiongqi to its maximum limit. 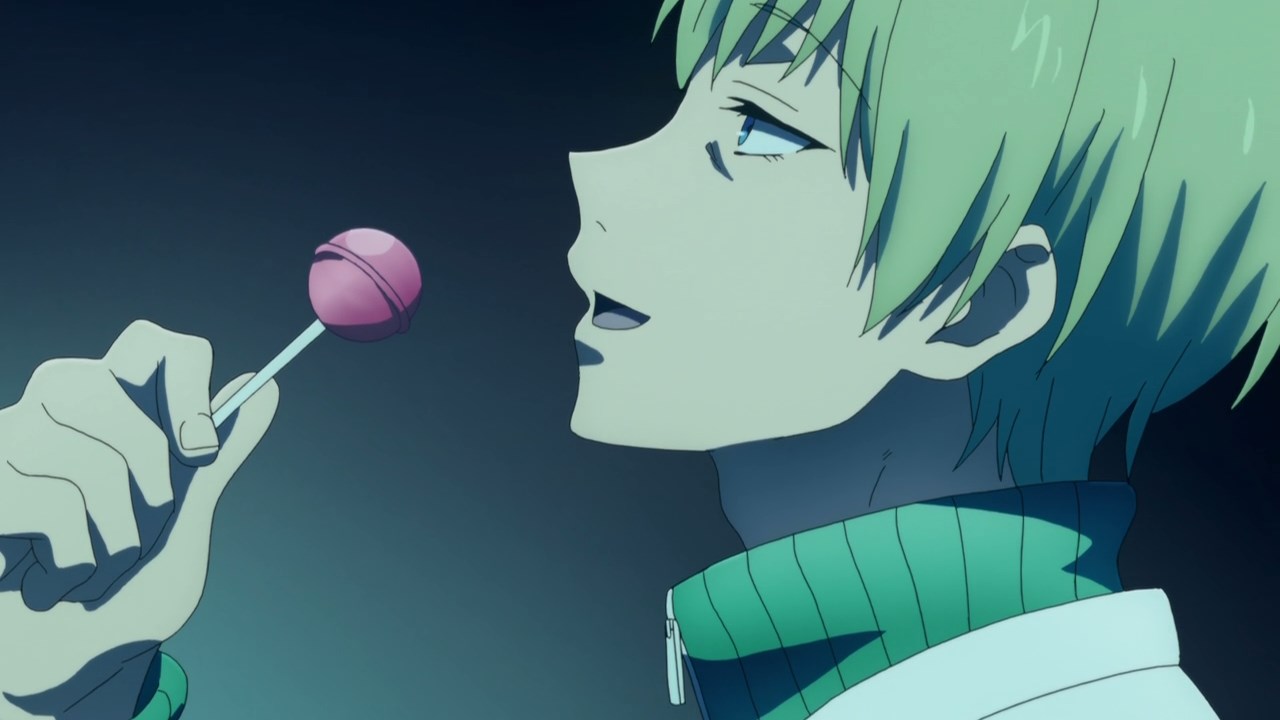 Oh and not only that, but Hishigata wants to deal with some person that he’s recently obsessed with…

Rather, a cyborg or gynoid named Hirumi. Hmm, I wonder what’s the relation between Mikihiko and Hirumi, and why she’s connected with so many wires? 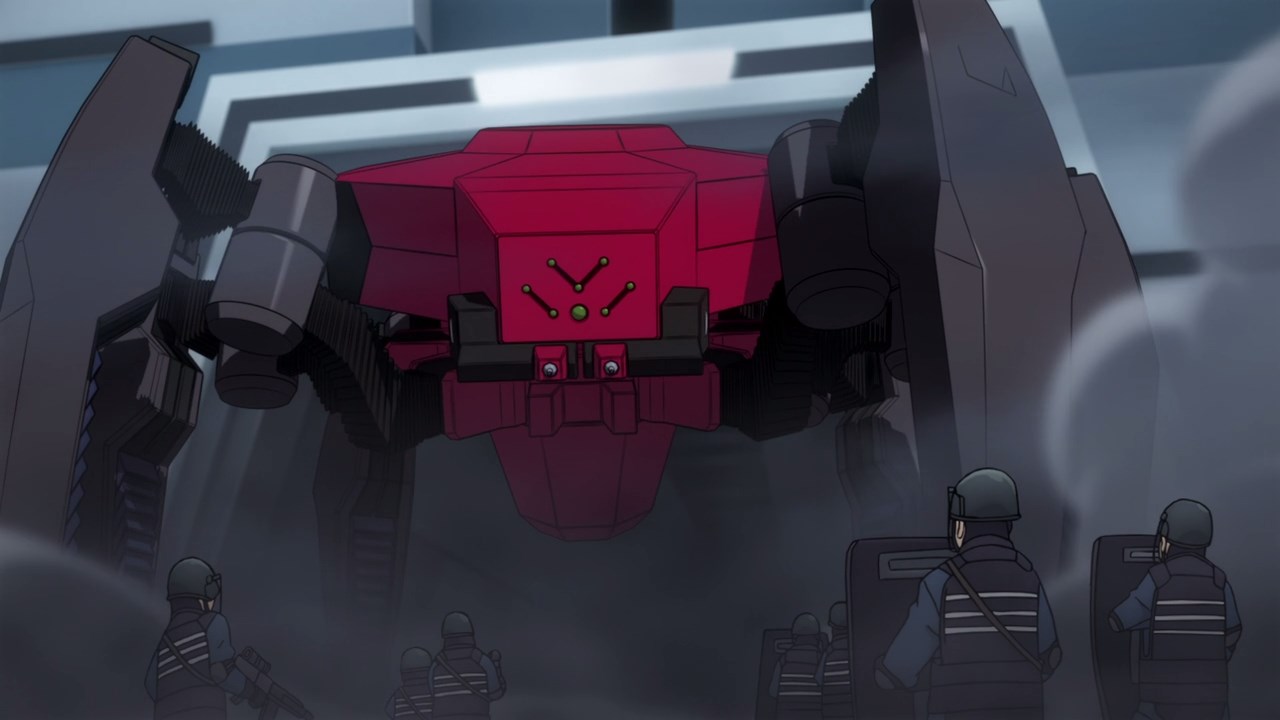 Now let’s go back to the supplement factory as DA unleashed its secret weapon called the Tarantula.

It’s not only a massive mecha, but it’s armed and dangerous that Anti-Skill will have a hard time taking it out. 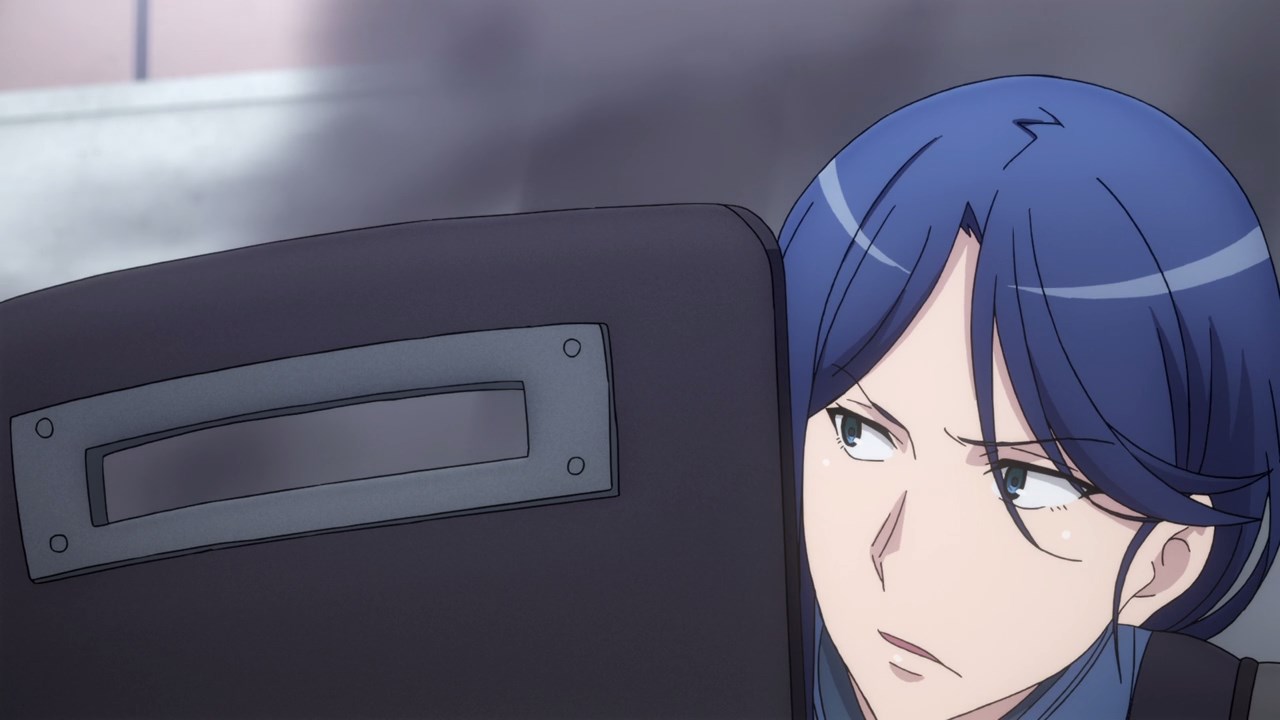 On the other hand, Aiho Yomikawa noticed something behind her… 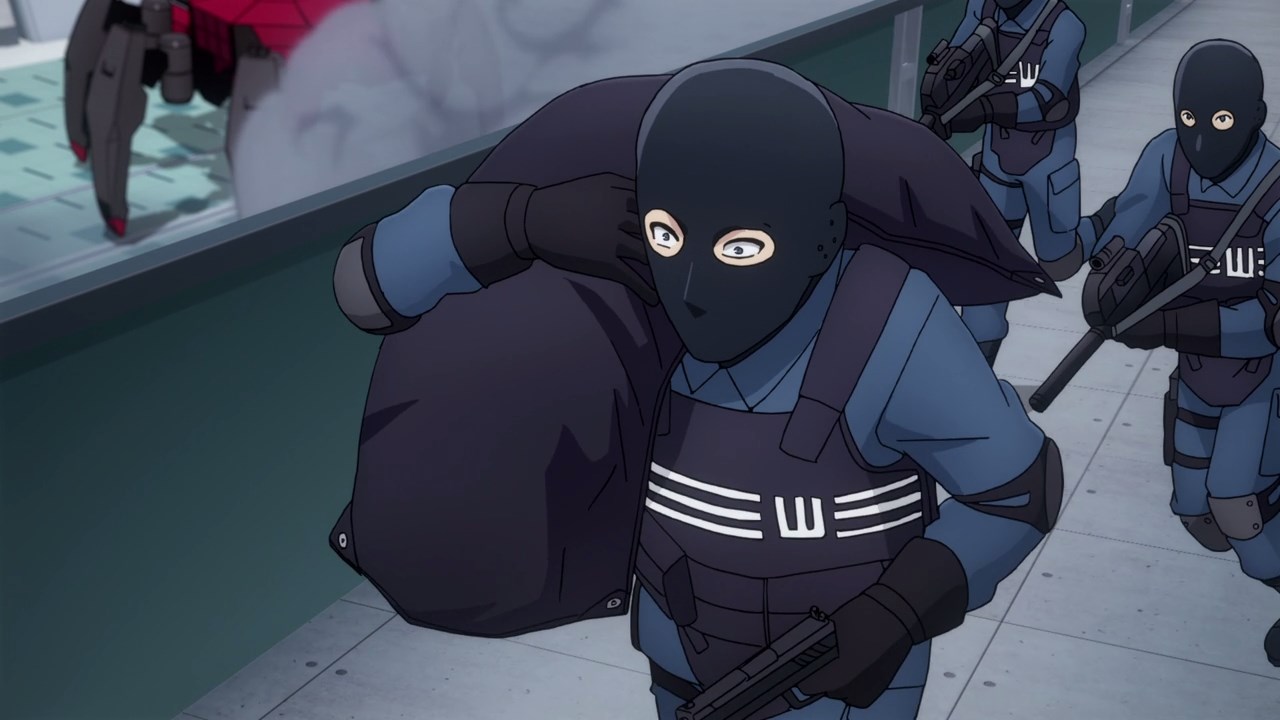 Turns out that it’s those goons who kidnapped MISAKA No. 10046. Looks like they’re gonna take her to Mikihiko Hishigata, but I don’t want that to happen. 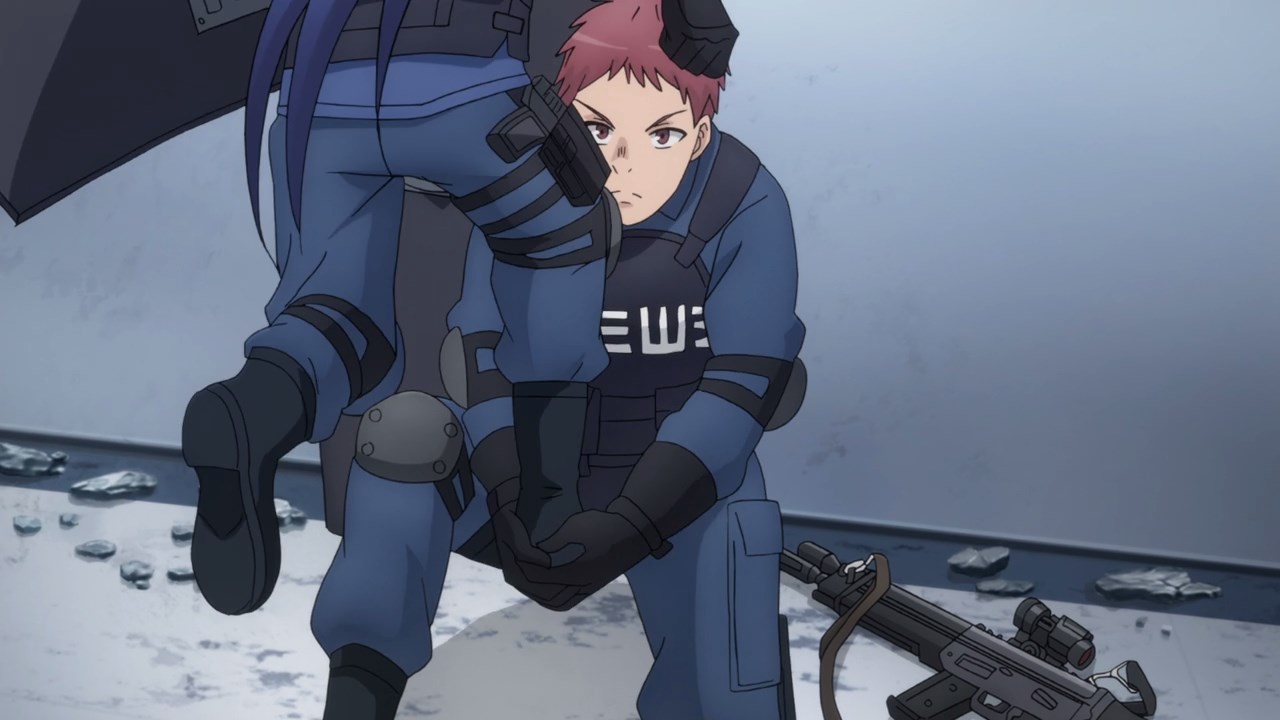 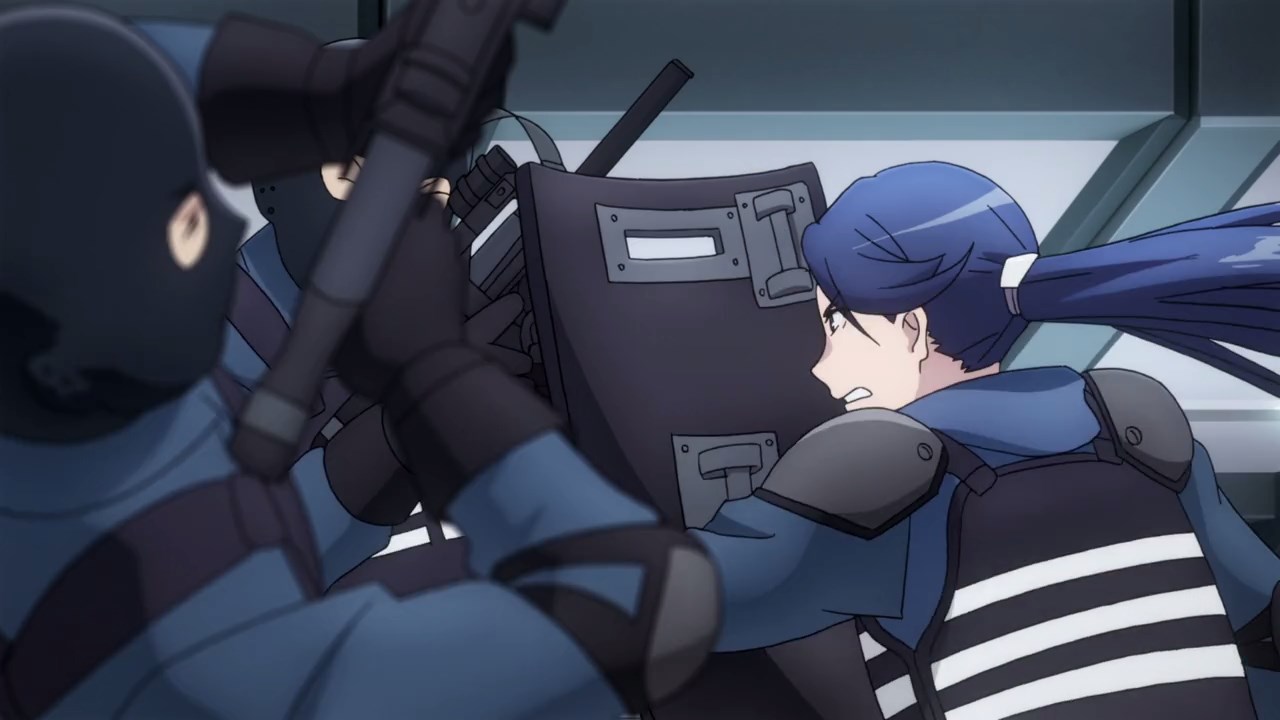 So, Yomikawa asked one of her teammates to give her a lift as she attempts to rescue one of the MISAKA sisters. And really, she’s gonna take care of these goons by herself! 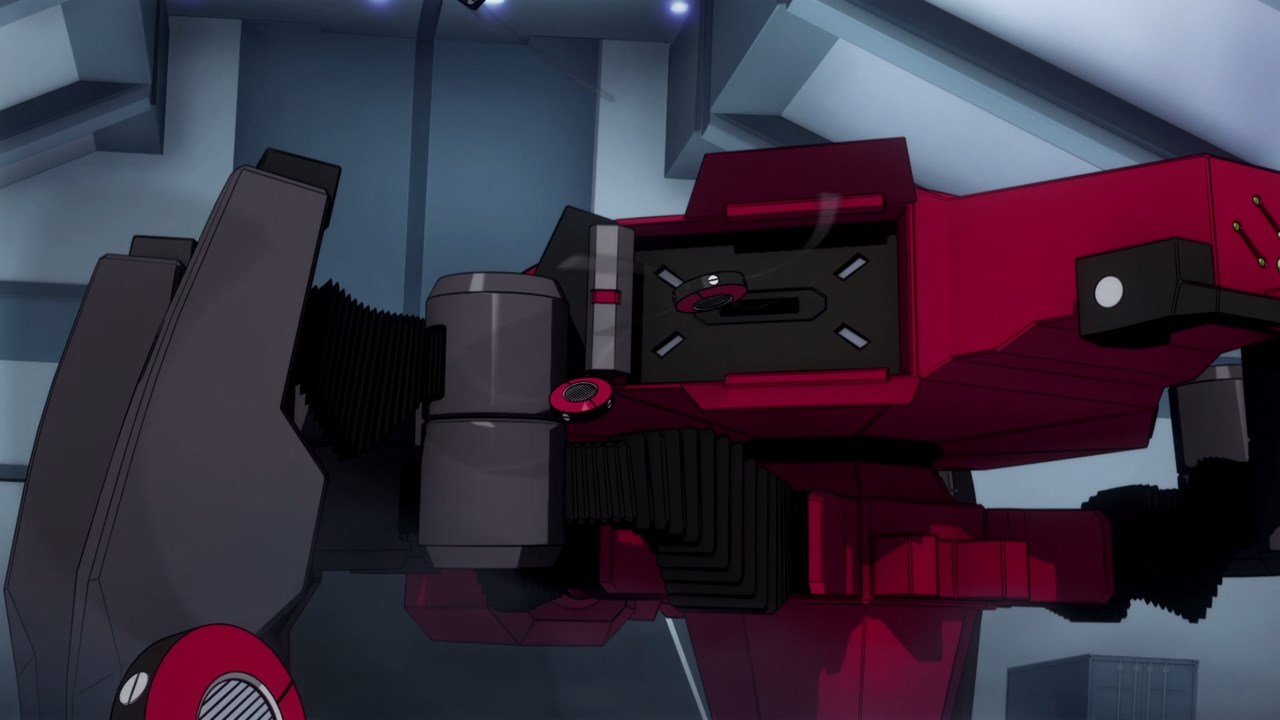 Meanwhile, the Tarantula unleashes its deadliest weapon yet. It’s called the String Juicer… 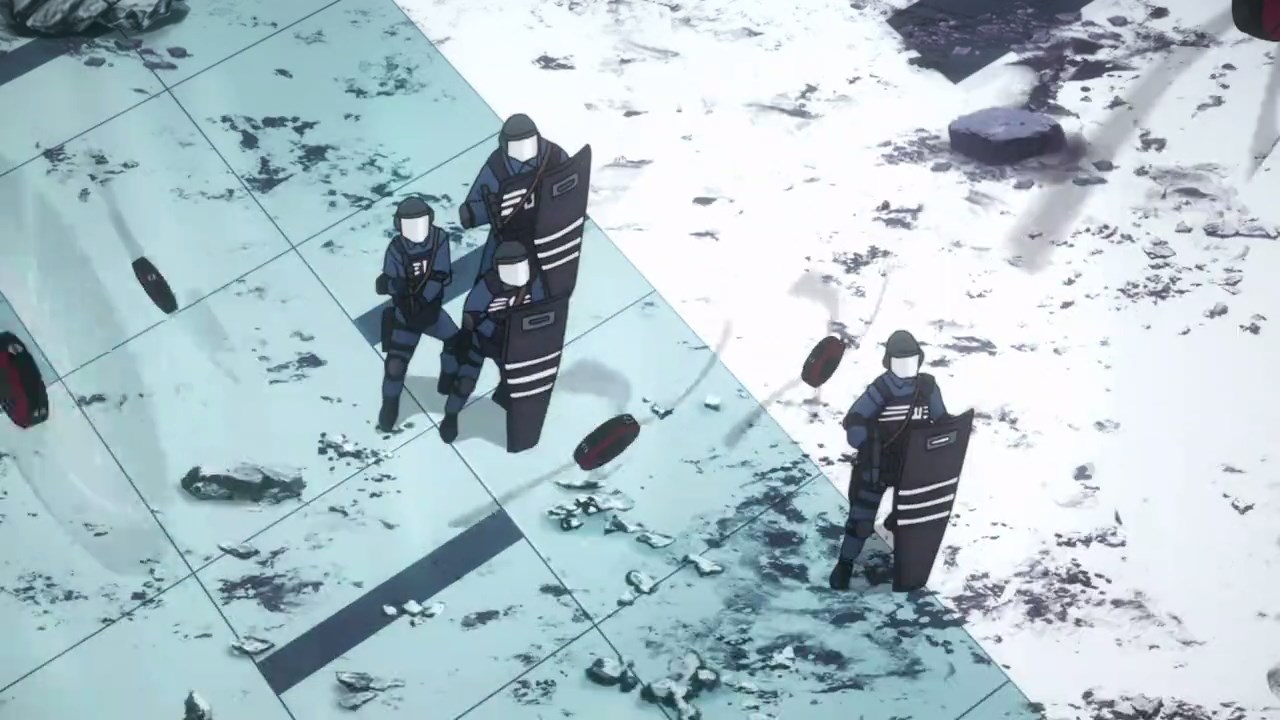 …which are drone with blades acting as propellers. Yeah, I have a bad feeling about this.

In any case, Aiho Yomikawa’s men got shredded into pieces thanks to Tarantula’s String Juicer. At this point, Disciplinary Action is gonna win! 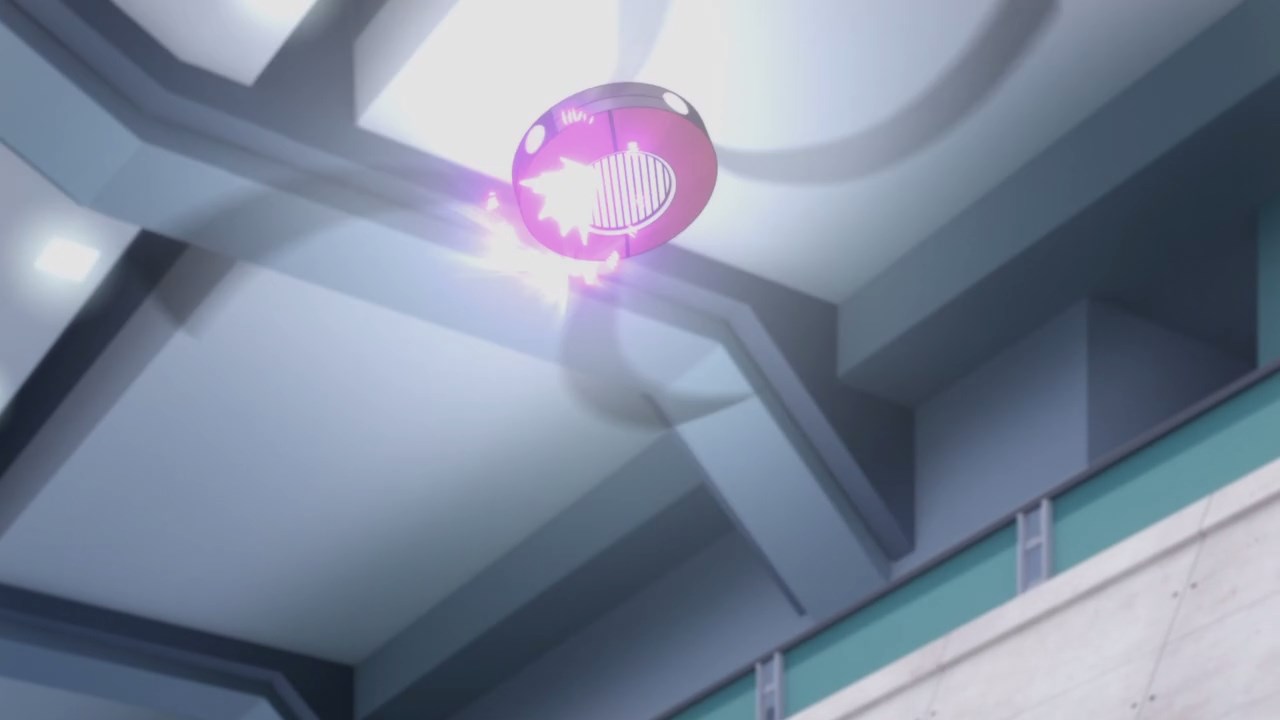 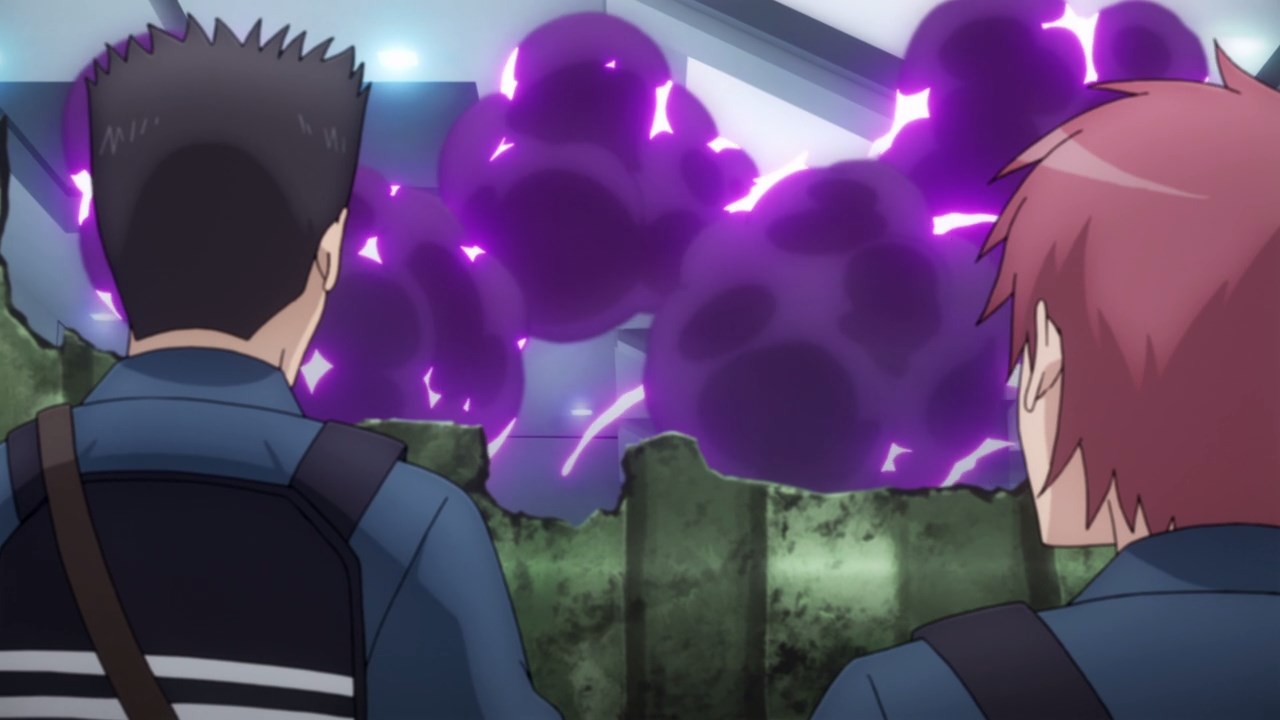 But, it seems that DA’s victory celebration just cut short when its giant mecha got attacked by exploding paper airplanes. Hm, don’t tell me that a group of espers came to this place to play? 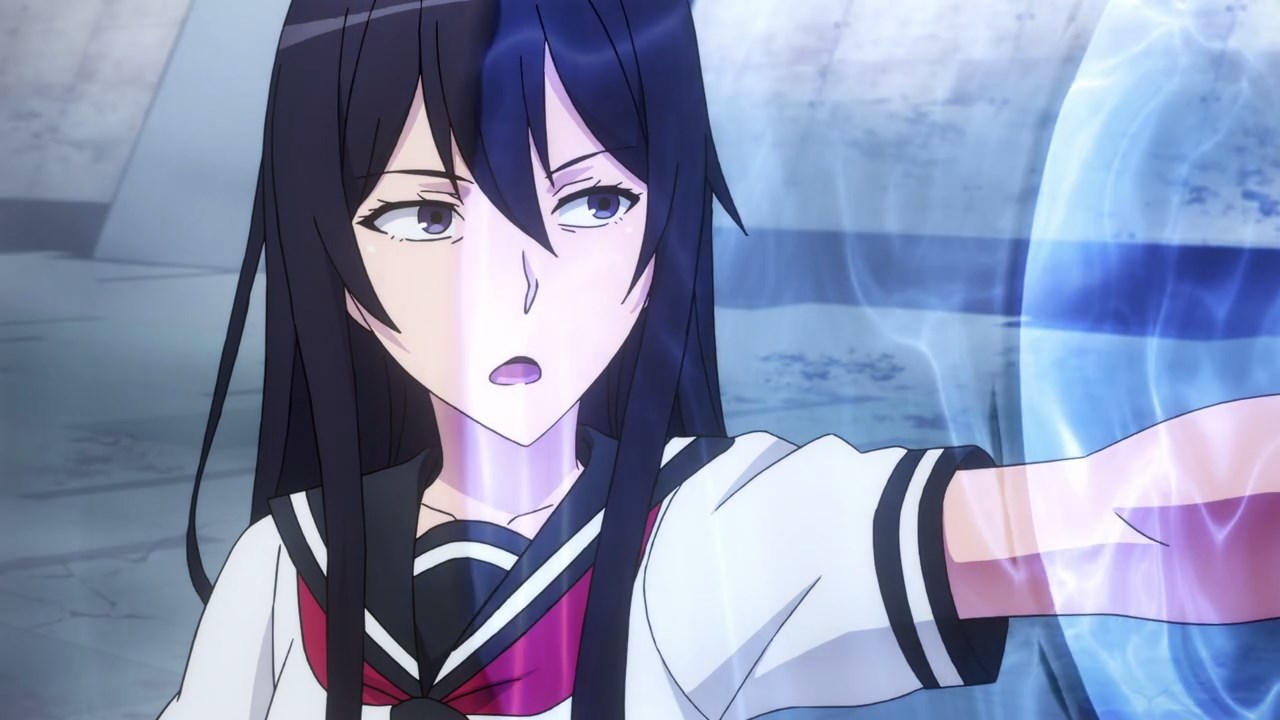 Well yes, Scavenger have arrived to dismantle the remaining members of DA until there’s nothing left.

This girl here named Seike has the ability to control friction. This means that she can stop a 120-ton mecha by jamming its wheels… 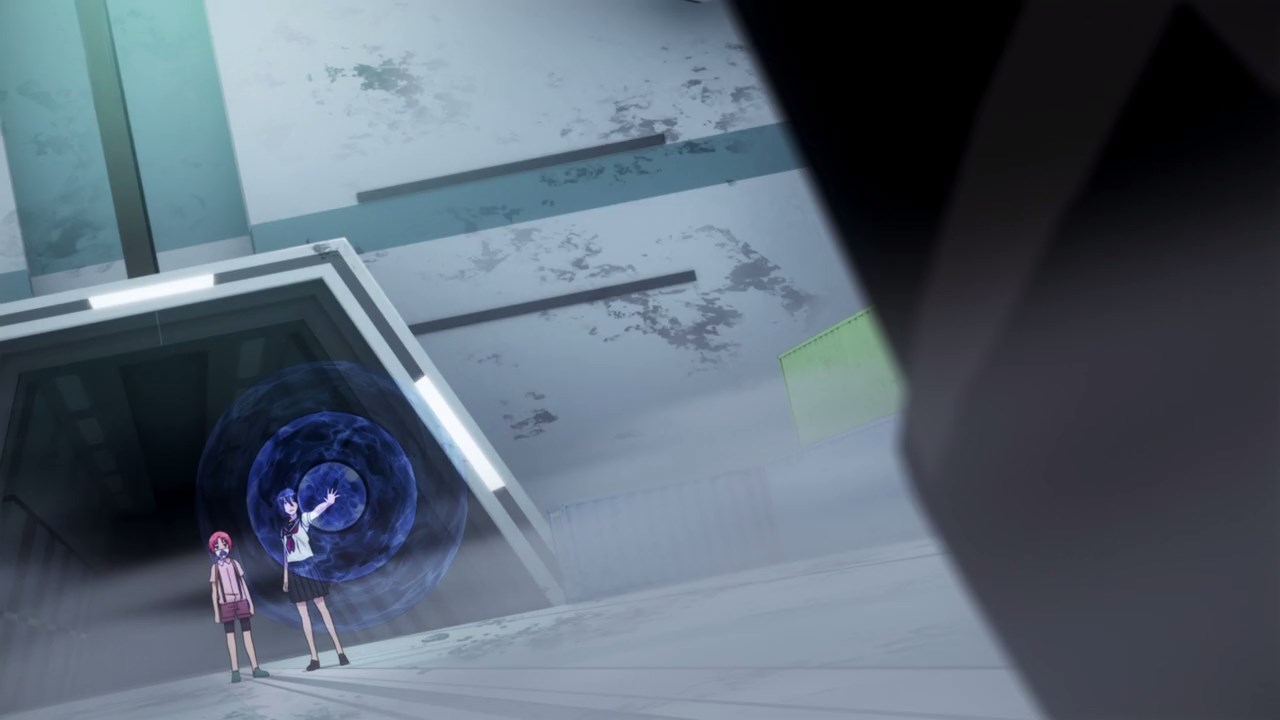 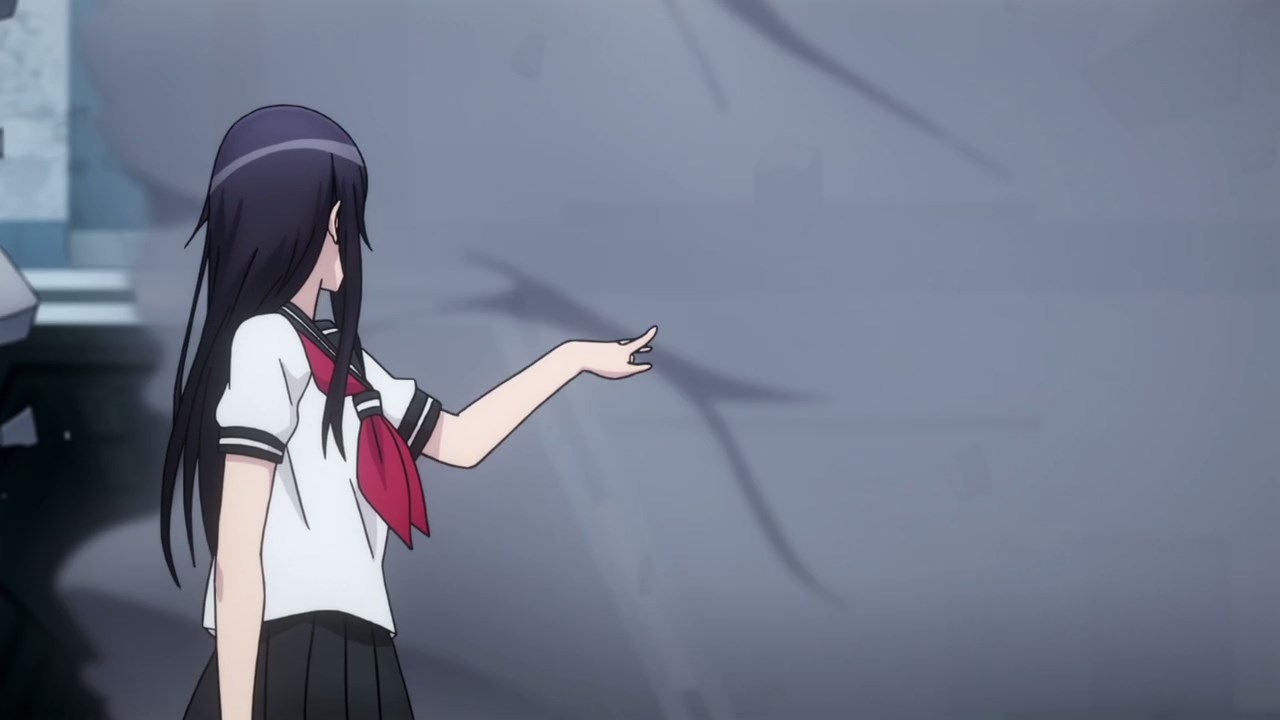 …or its joints that the operator can’t move the mecha until the Tarantula crashes into a wall. Well, that takes care of Disciplinary Action for the most part. 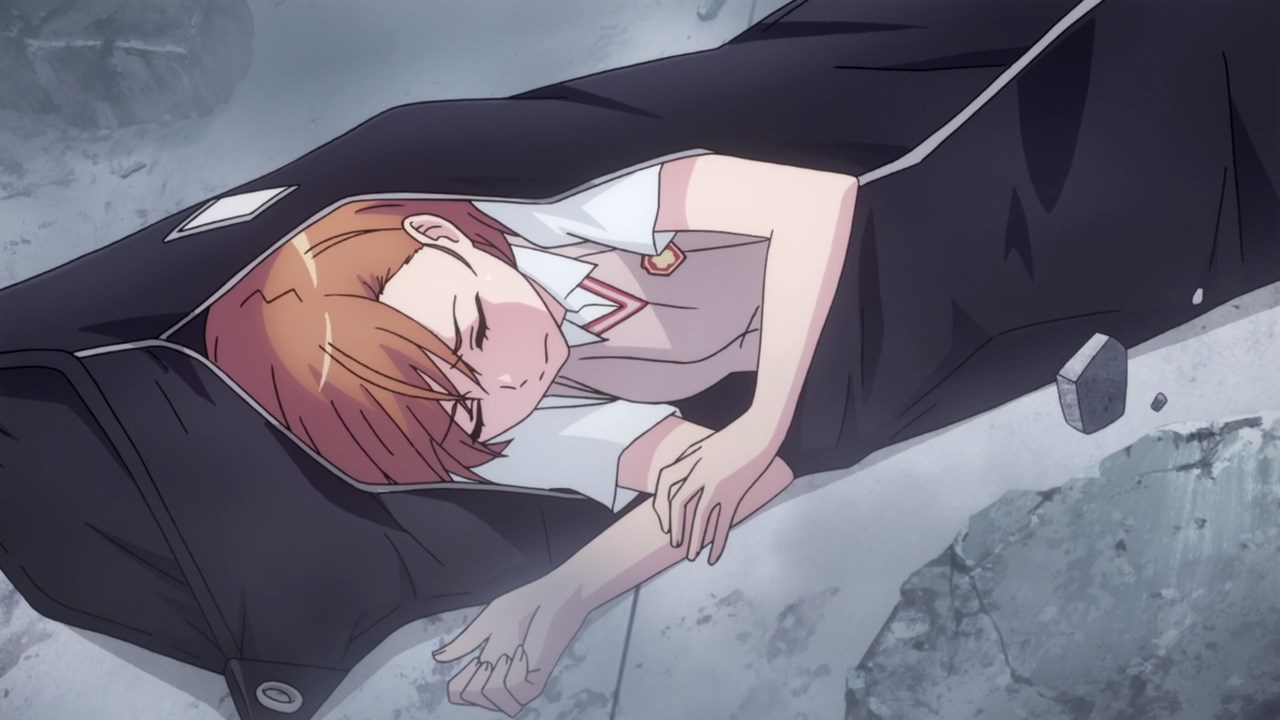 Meanwhile, Aiho Yomikawa will have to deal on rescuing MISAKA No. 10046 now that the perpetrators got crushed to death by falling debris. 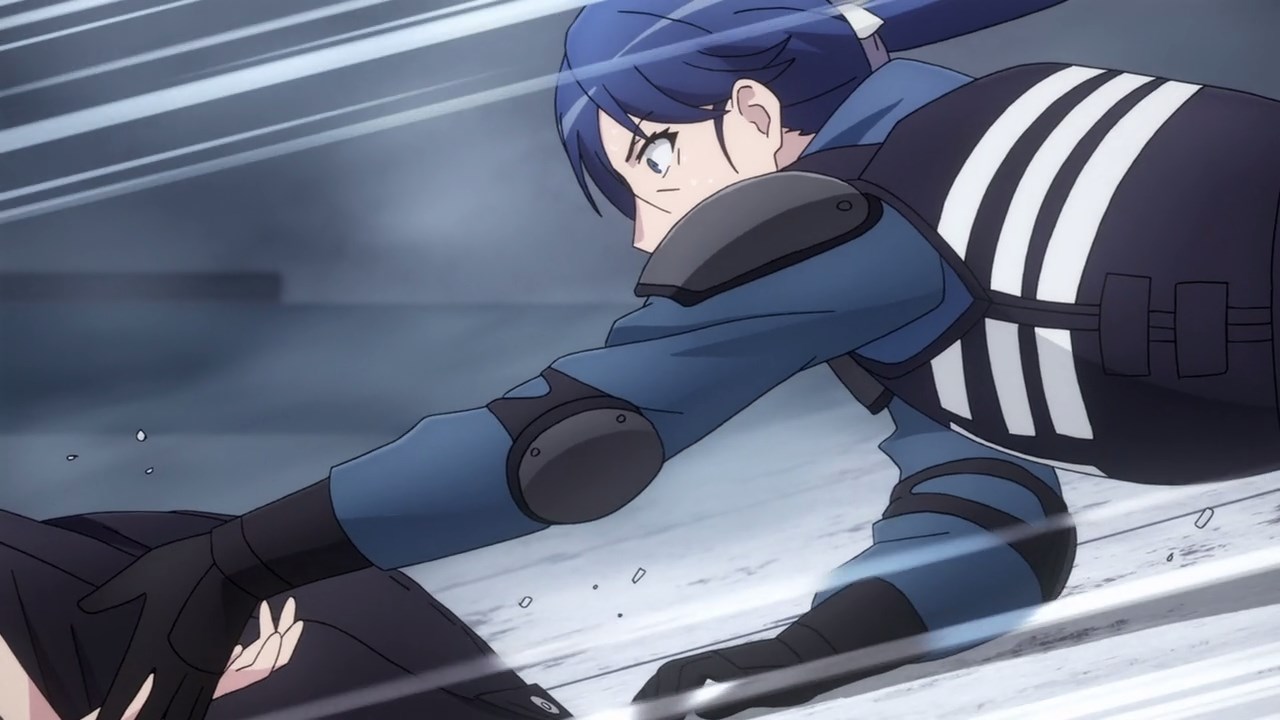 Unfortunately for Yomikawa, she couldn’t grab MISAKA’s hand as she’s gonna fall to her death. I can’t bear to watch this! 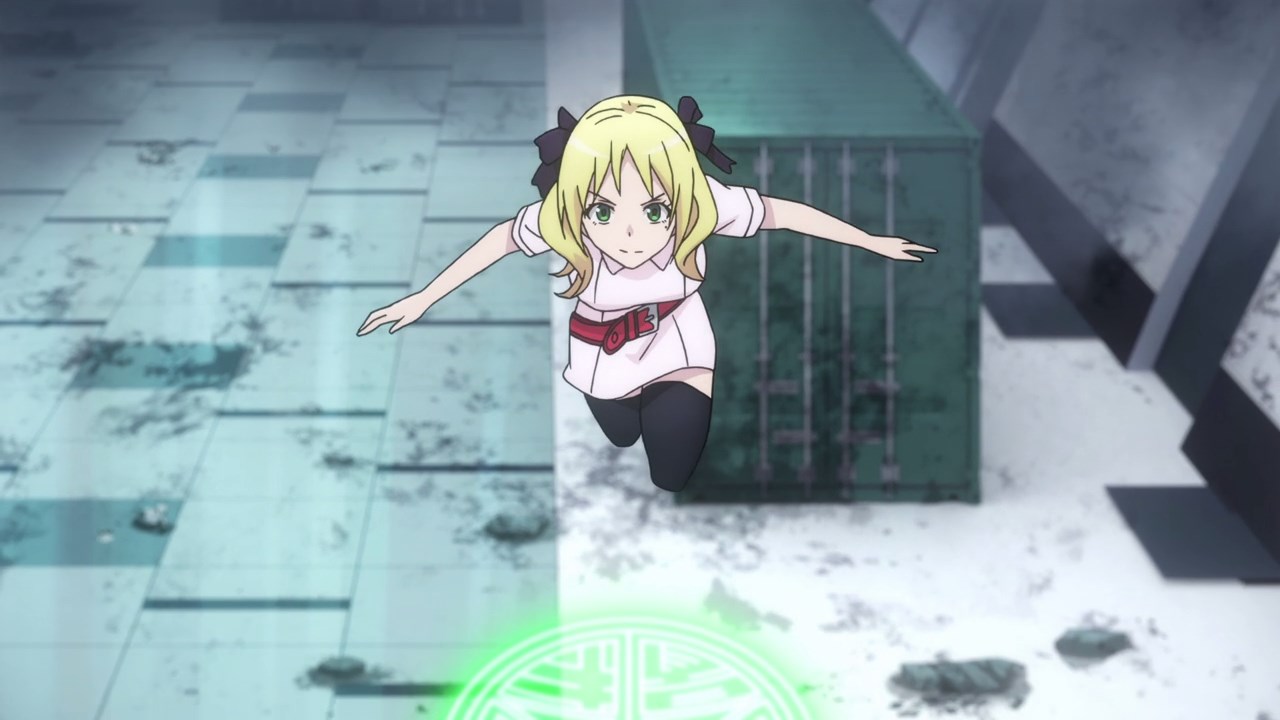 Luckily, Esther Rosenthal has arrived in the nick of time as she uses her magic to jump higher… 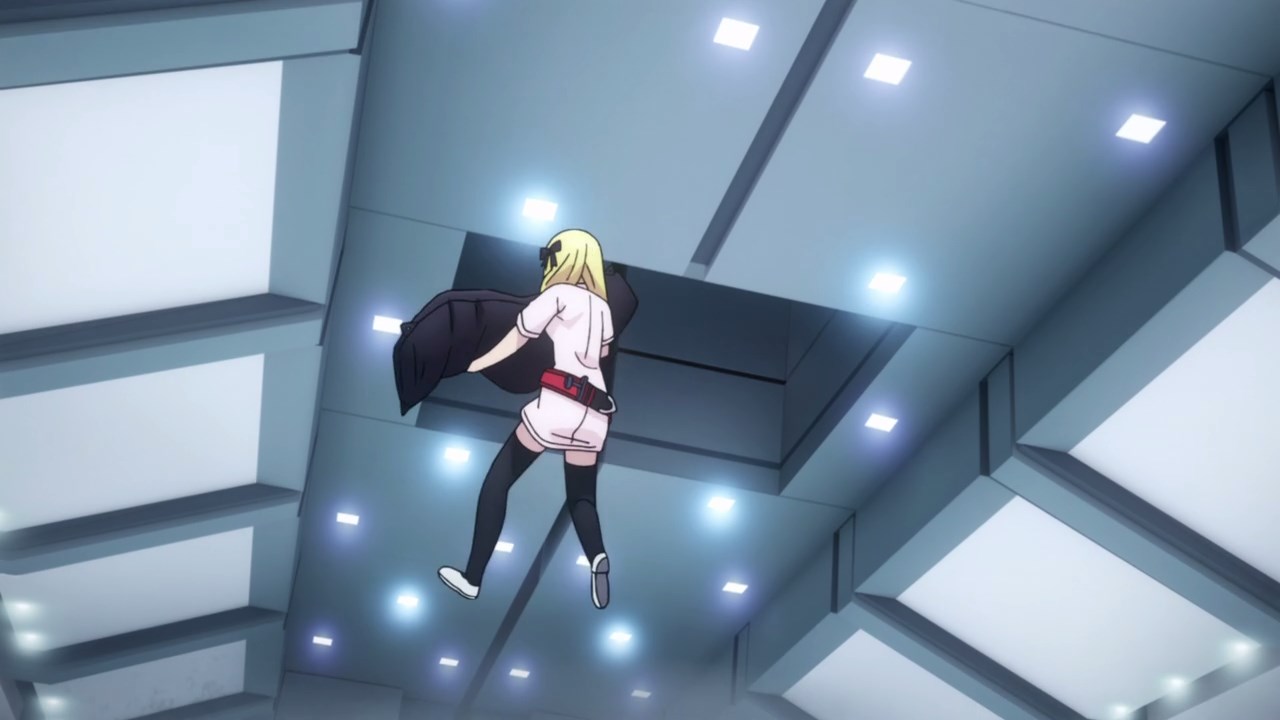 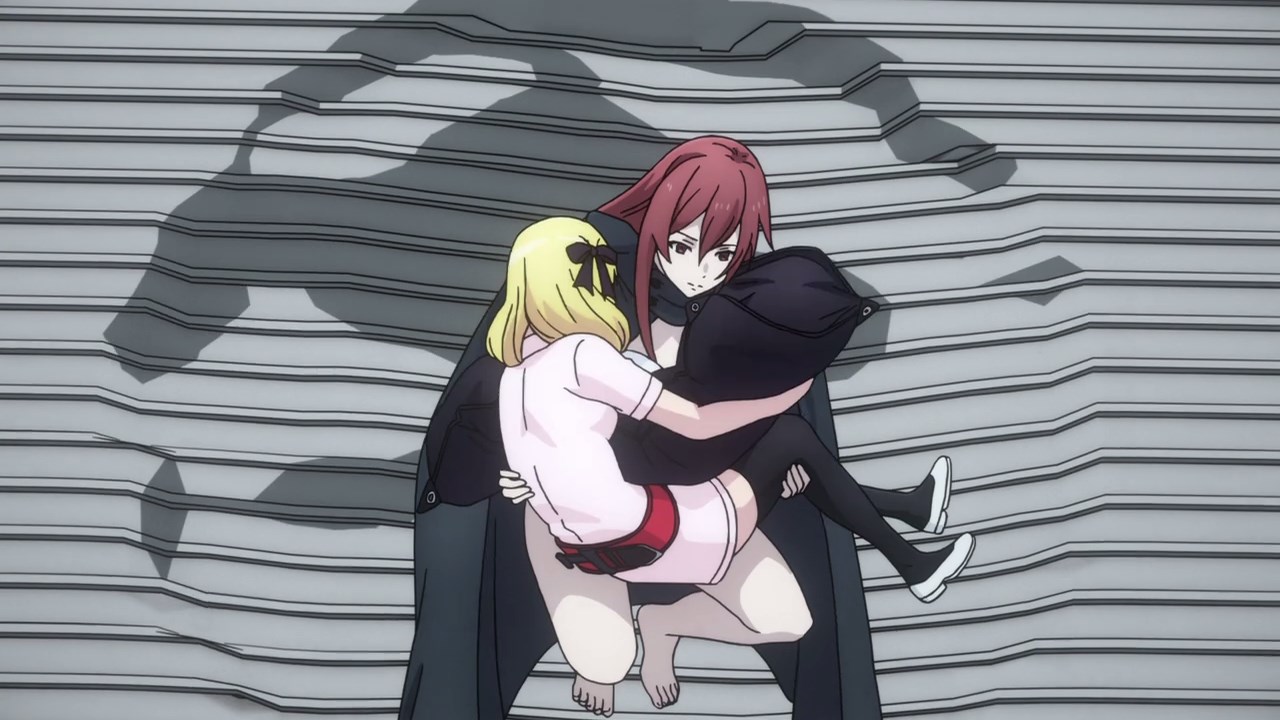 …and catch MISAKA No. 10046 safely. Oh yeah, and let’s not forget that Hasami Hitokawa is here to rescue Esther from being slammed towards this truck.

Well then, looks like Esther’s rescue mission is done and it’s time to go home! 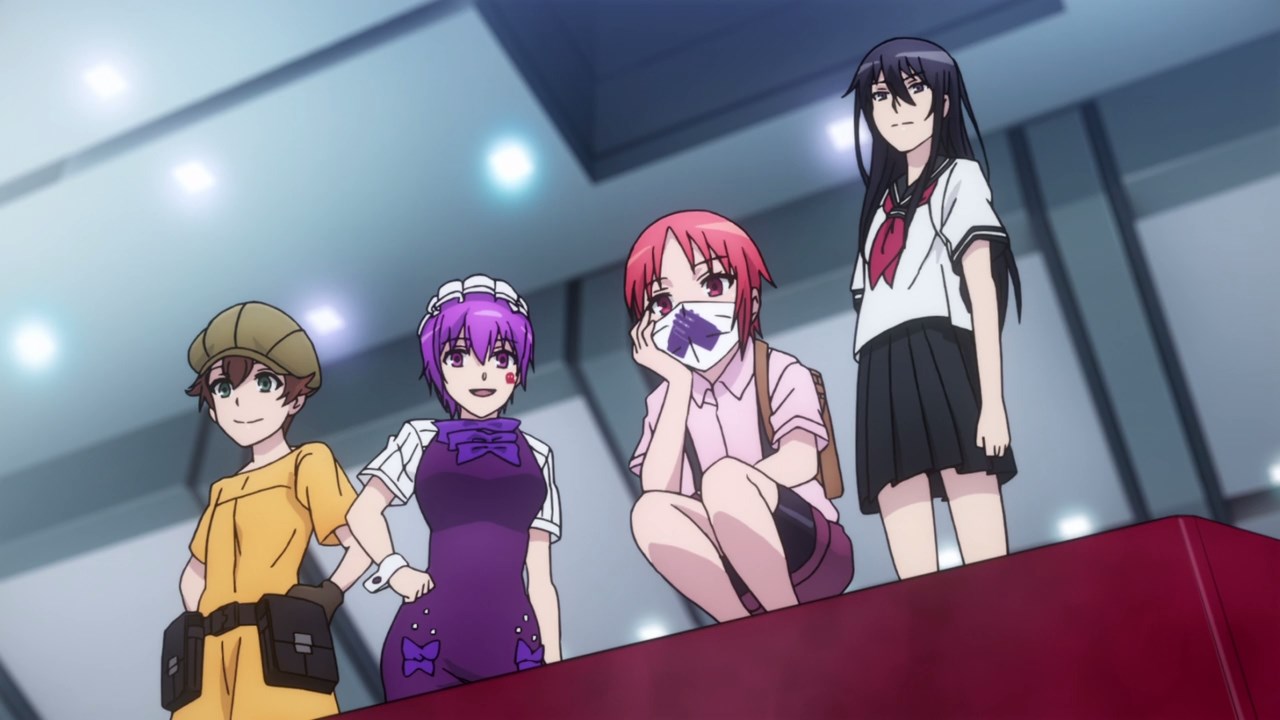 Of course, Esther Rosenthal will have to deal with Scavenger as they want to get their hands on one of the sisters from the MISAKA Network. I mean, they’re not content on crushing Disciplinary Action and call it a day. 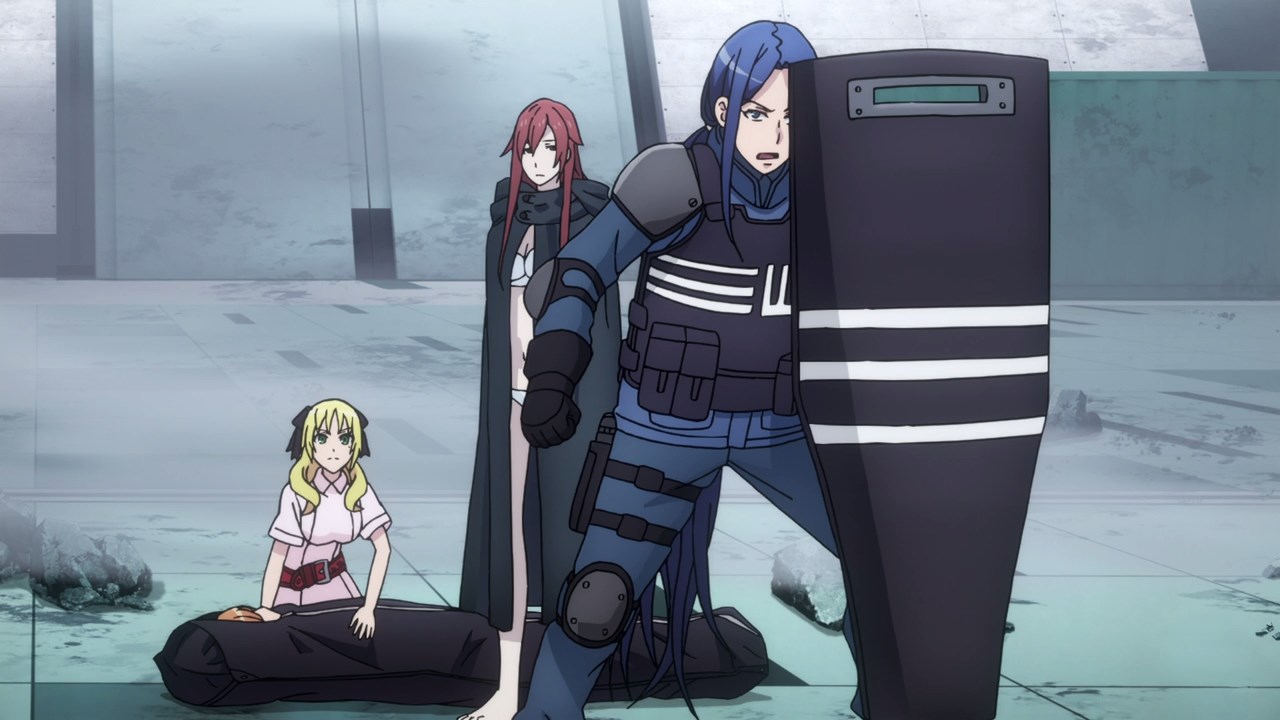 On the other hand, Aiho Yomikawa has arrived to back both Esther Rosenthal and Hasami Hitokawa up as they have the same objective. Then again, they’re dealing with one of the nastiest esper group that Yomikawa and the rest might get killed.

Hell, one of Scavenger’s espers named Naru is using her ability to do a magical girl-esque transformation, using paper as her medium.

But anyways, Naru transforms into a giant teddy bear. Still scantily-clad though as Naru is gonna crush them and take MISAKA No. 10046! Dammit, where’s Accelerator when they needed the most? 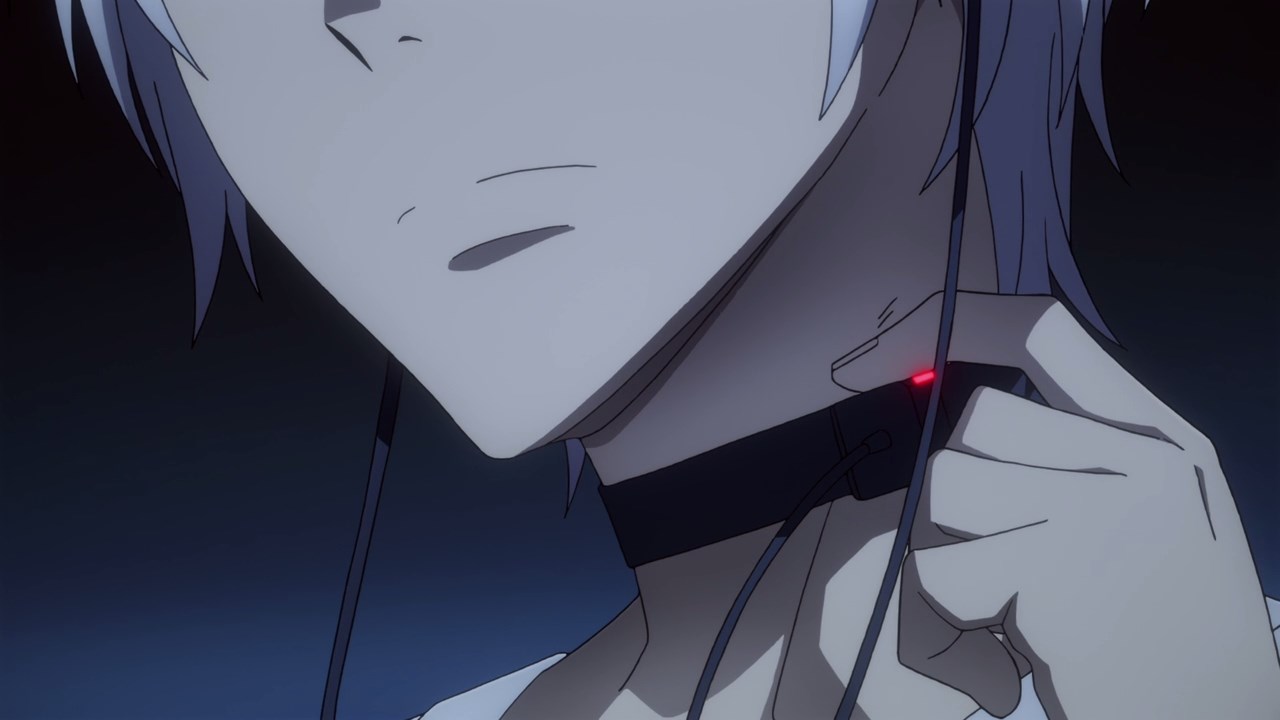 Oh, looks like he’s ready to rock and roll as the battery pack on his choker is fully-charged, ready to take those esper punks with his vector-manipulating powers! 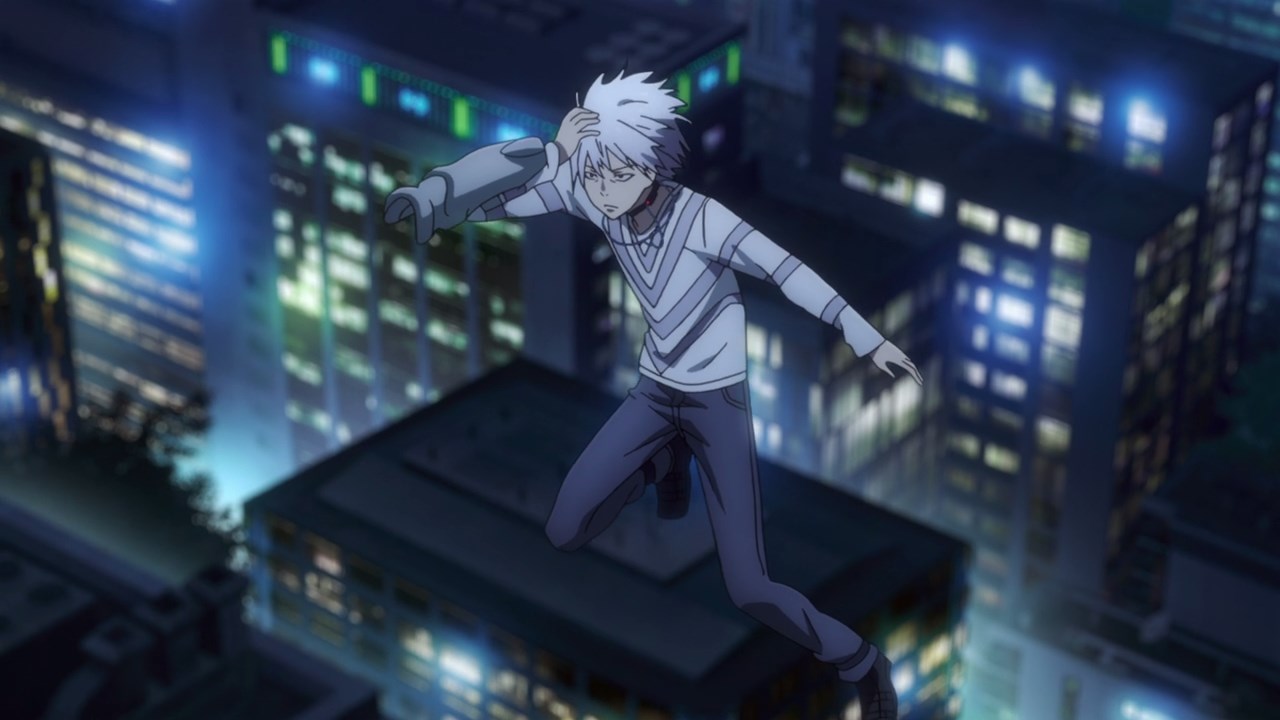 Anyways, I’ll see you next time and while I wanna know who that Hirumi person it, what’s important is I wanna see Accelerator kick those Scavenger’s asses and save one of the MISAKA sisters!