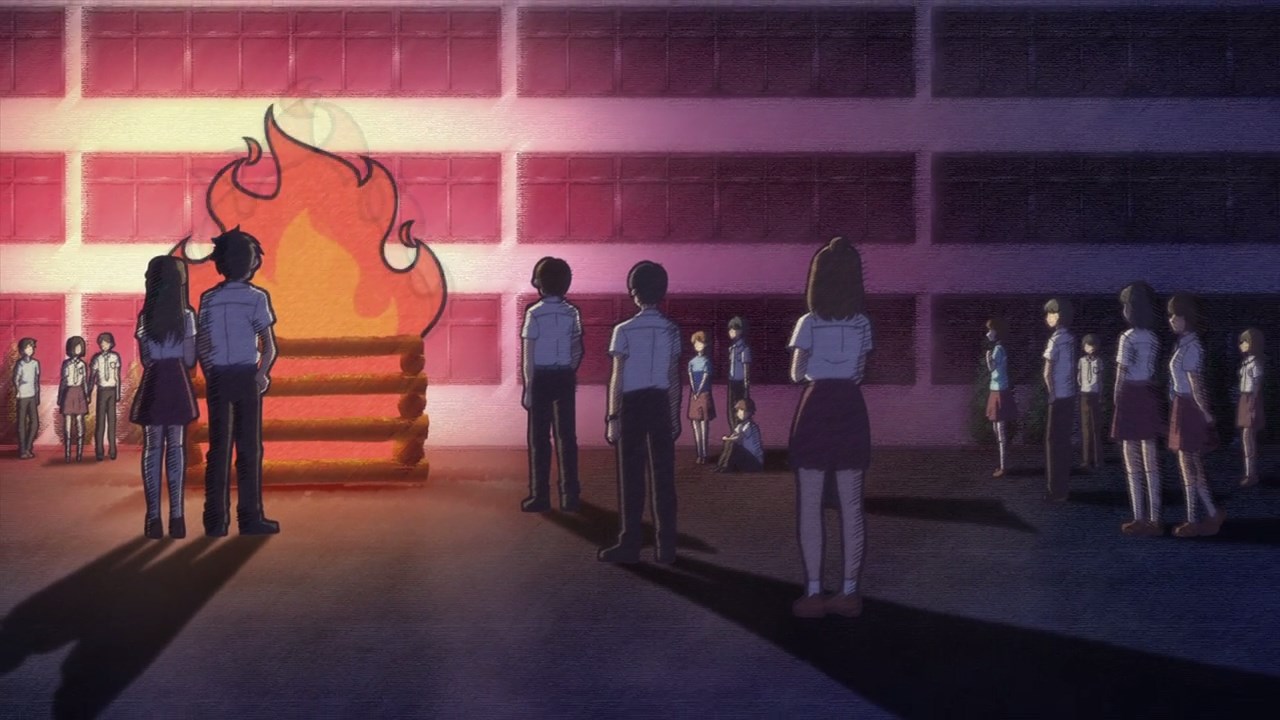 Let’s start this episode with an urban legend where if a boy/girl whispered “I love you!” towards someone he/she likes in the middle of a folk dance… 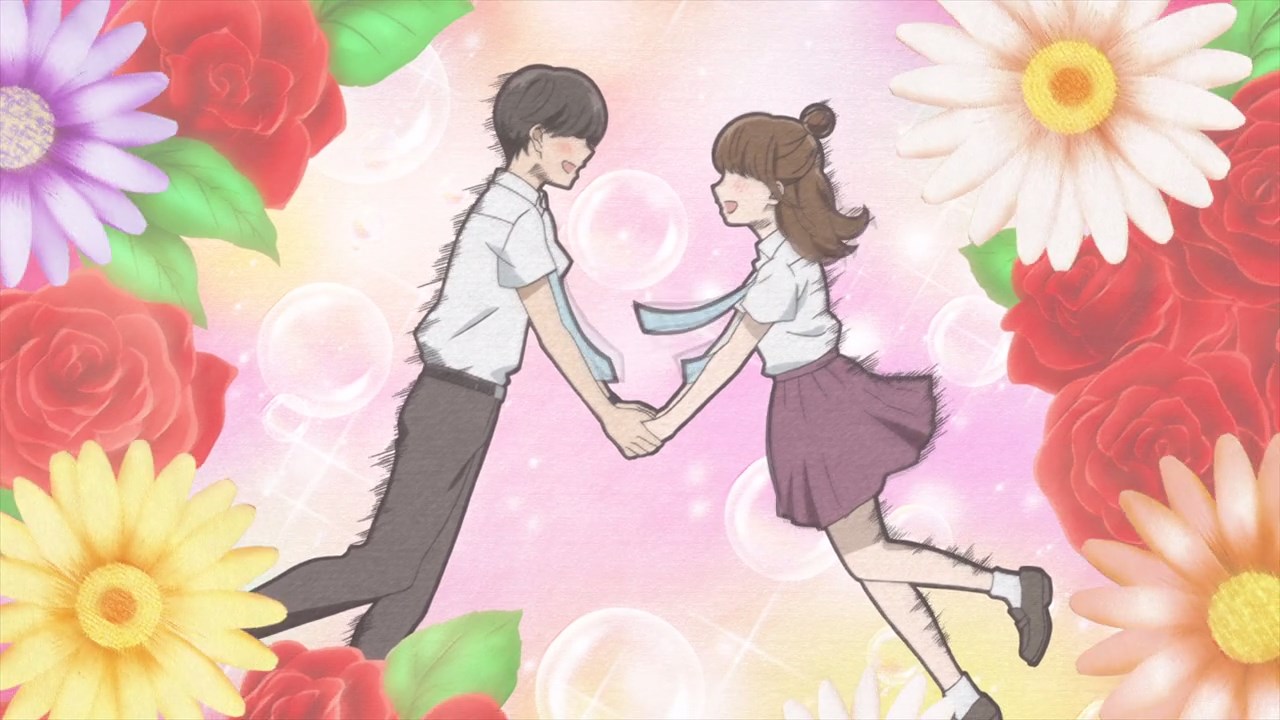 …they become lovers after Tojo High School finished their annual school festival. That would be a lovely ending! 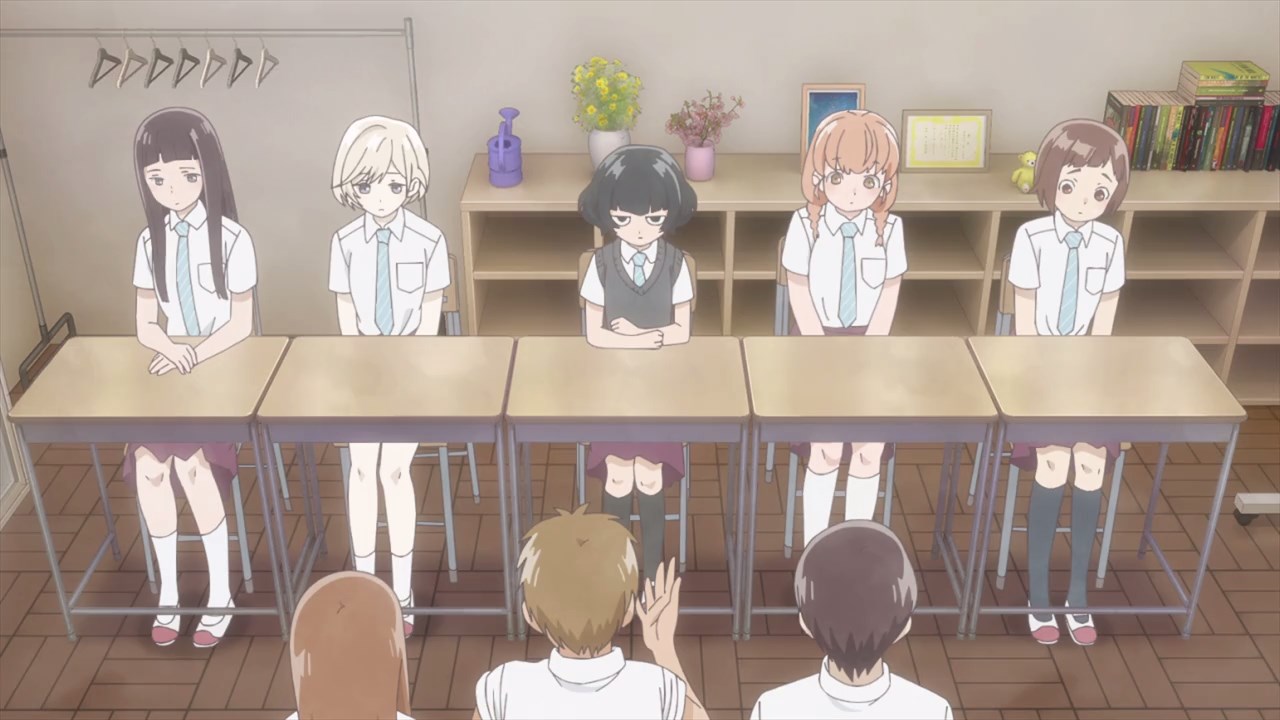 Thus, the students wants the members of the Literature Club to create a new urban legend inside Tojo High School.

Then again, these girls might not even take it because it’s ridiculous to have another urban legend within the school. On top of that, Tojo High School banned folk dances and bonfires, saying that it entices students to do sexual activities. Man, I wonder who made that ridiculous complaint? 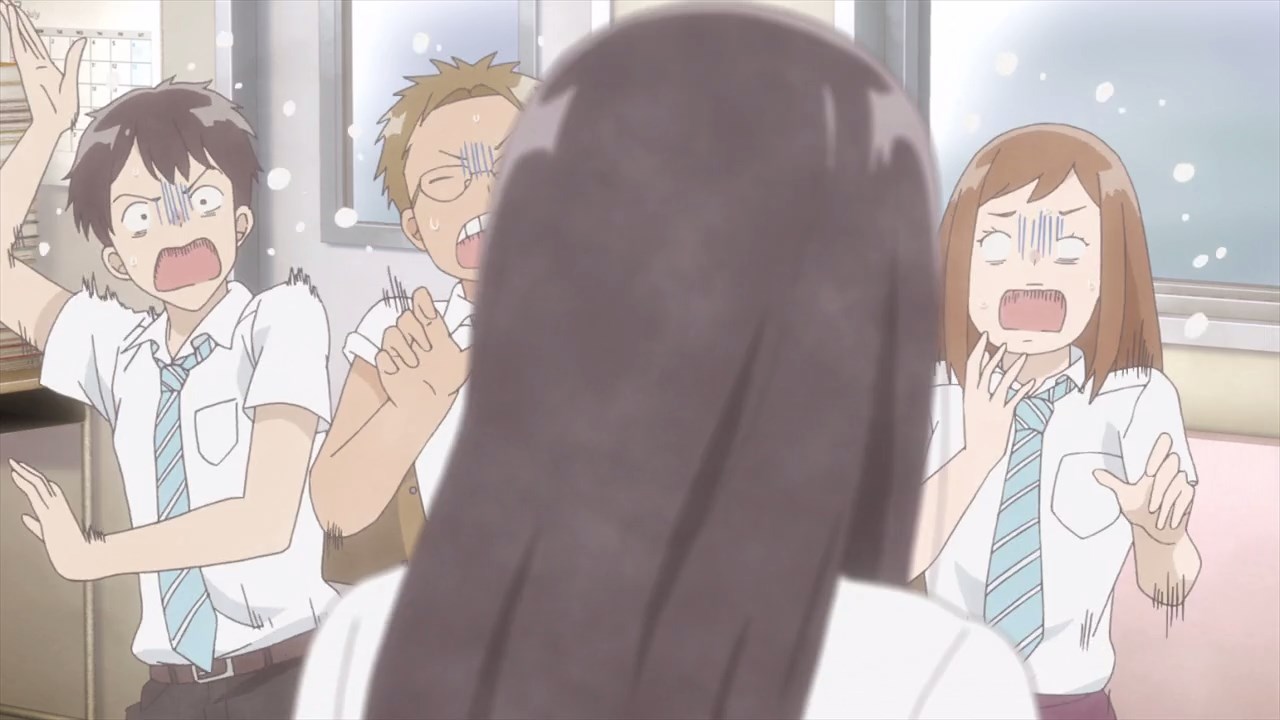 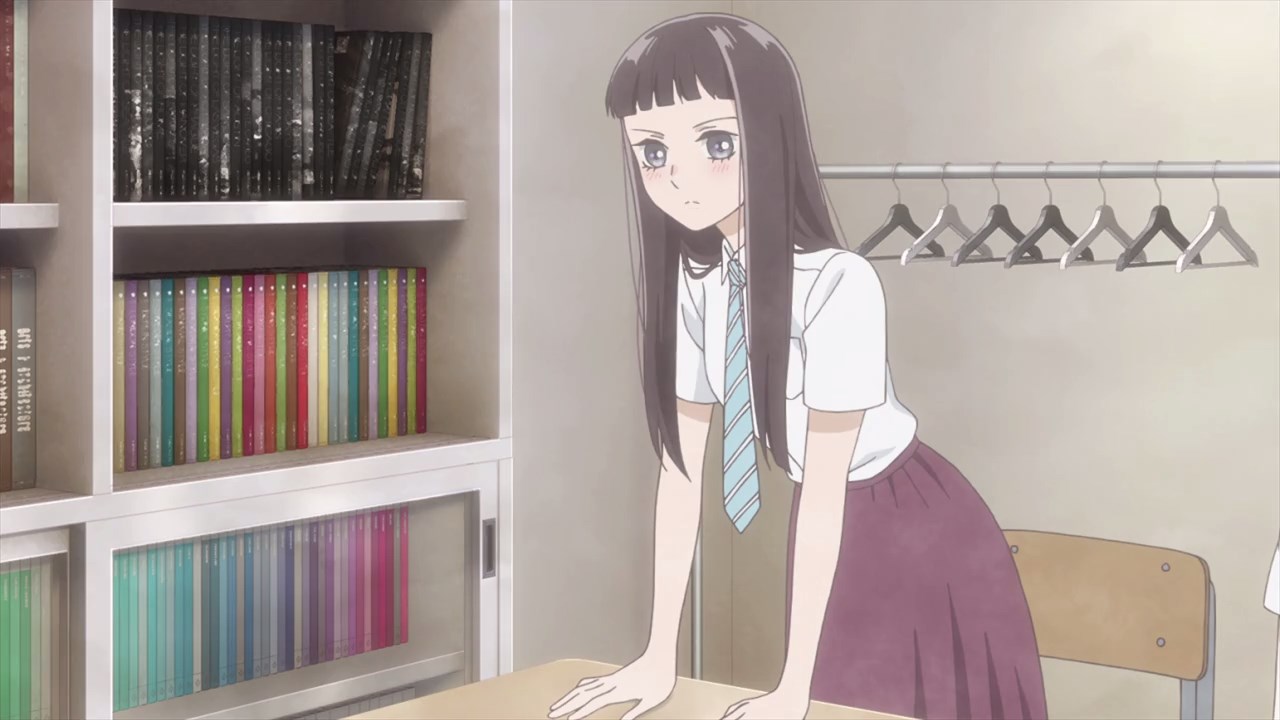 Come to think of it, I wonder those complaints like banning folk dances and bonfires came from Rika Sonezaki? Ooh, what a plot twist there! 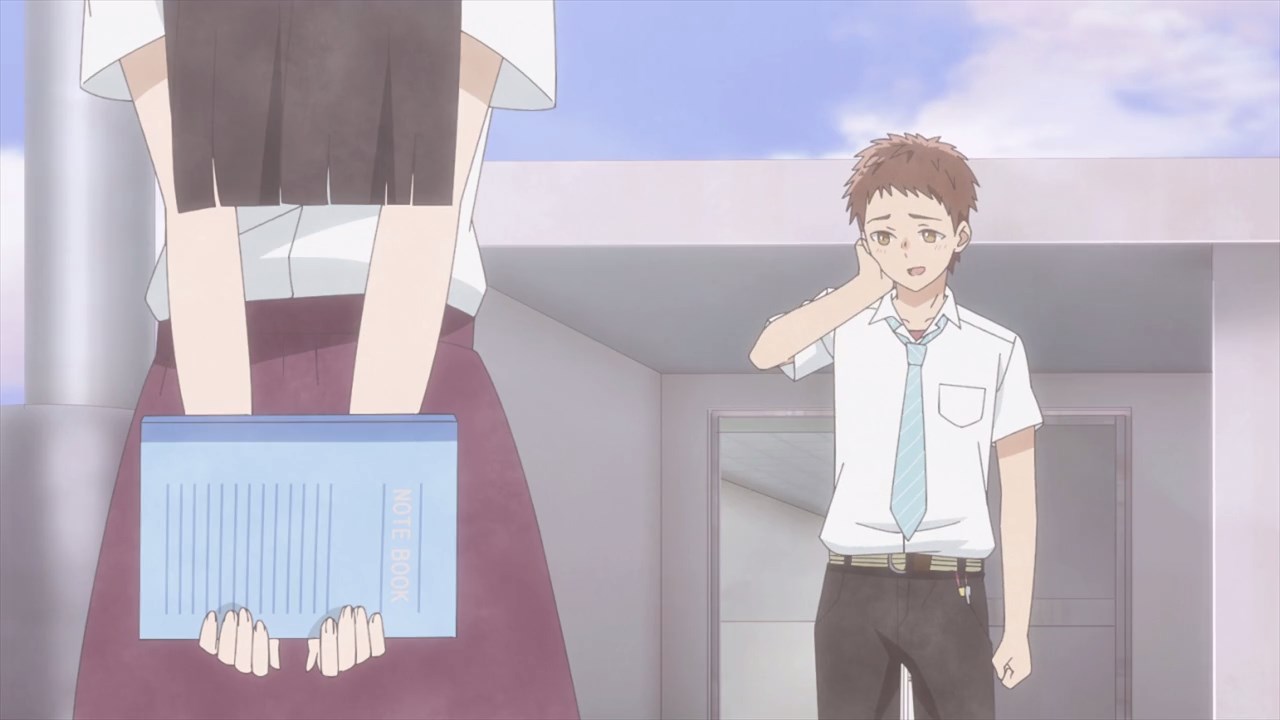 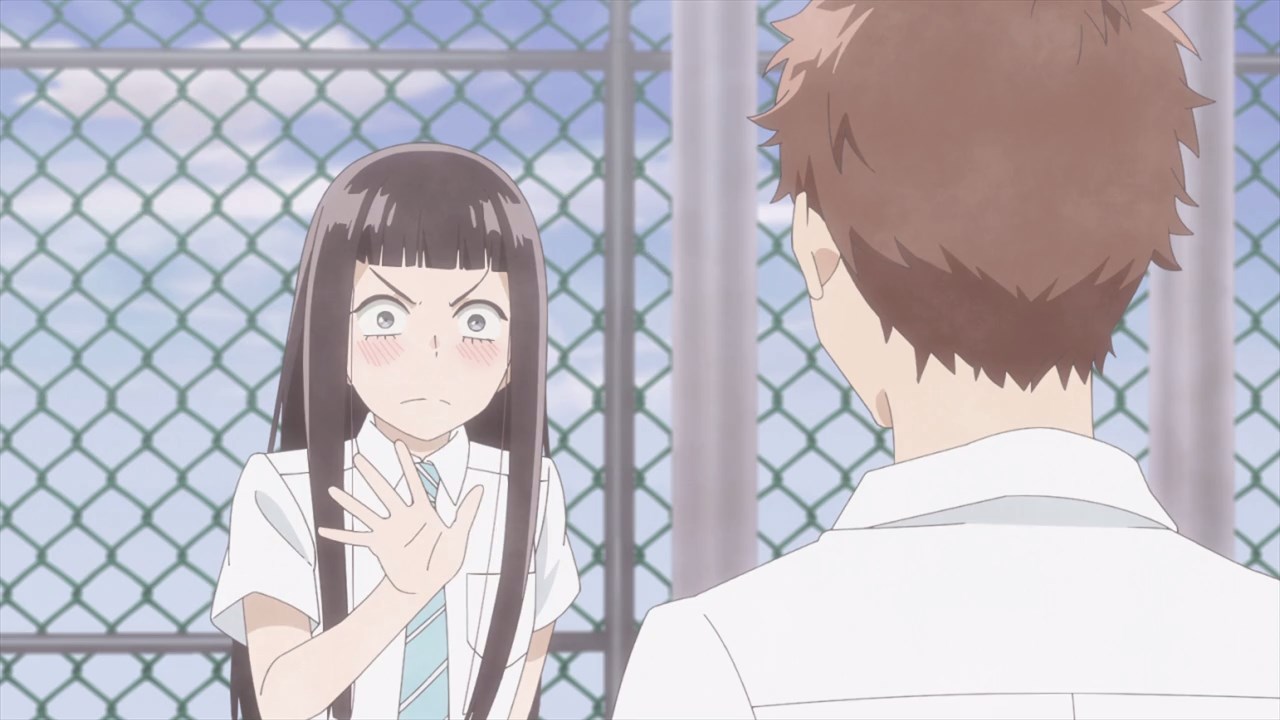 But, Sonezaki told him to keep their relationship a secret until graduation.

While it’s understandable for Rika to keep it hush-hush in fear of being mocked by everyone, I think Sonezaki should date Amagiri whatever she can. C’mon, who knows when will be the time Amagiri dumps her. 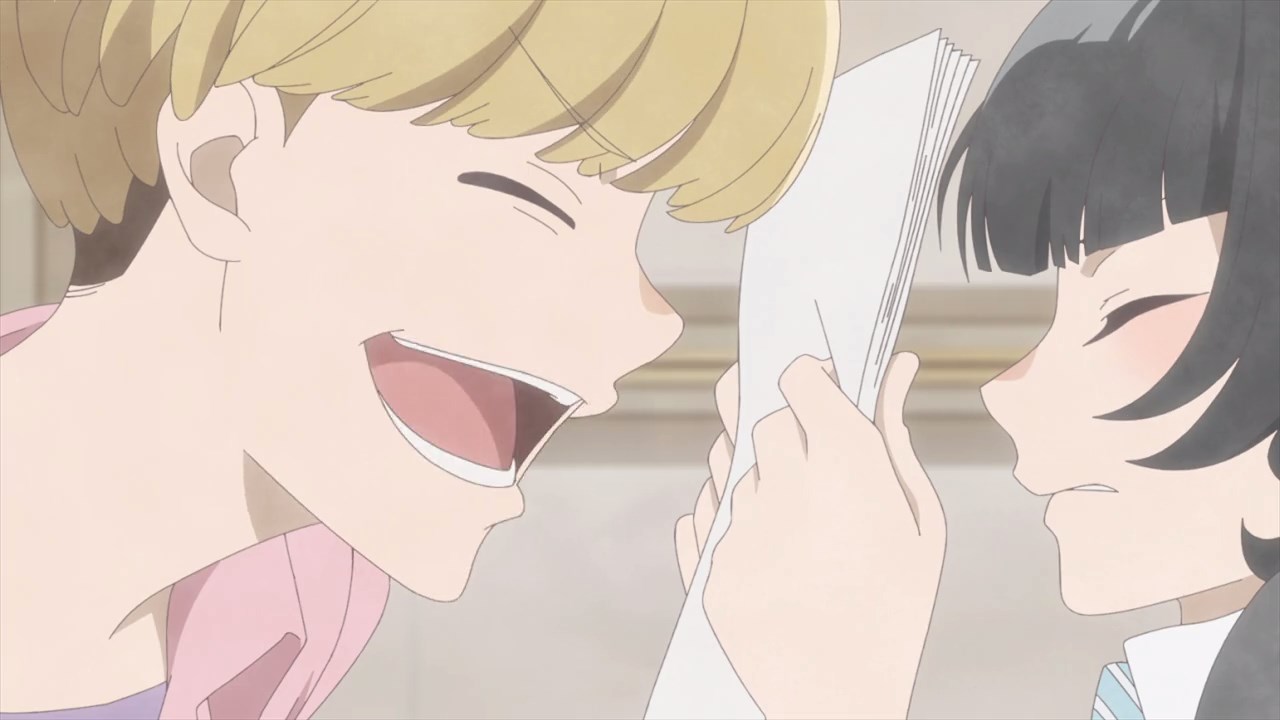 Meanwhile, here’s Hitoha Hongou where she’s being bombarded by her editor with ridiculous ideas for her novel. C’mon, the editor wants some spice on Hitoha’s novels but the truth is that she found it unnecessary.

Besides, Hongou doesn’t feel like writing erotica novels and furthermore, it’s somewhat based on her online conversation with Yama- I mean Milo-sensei. 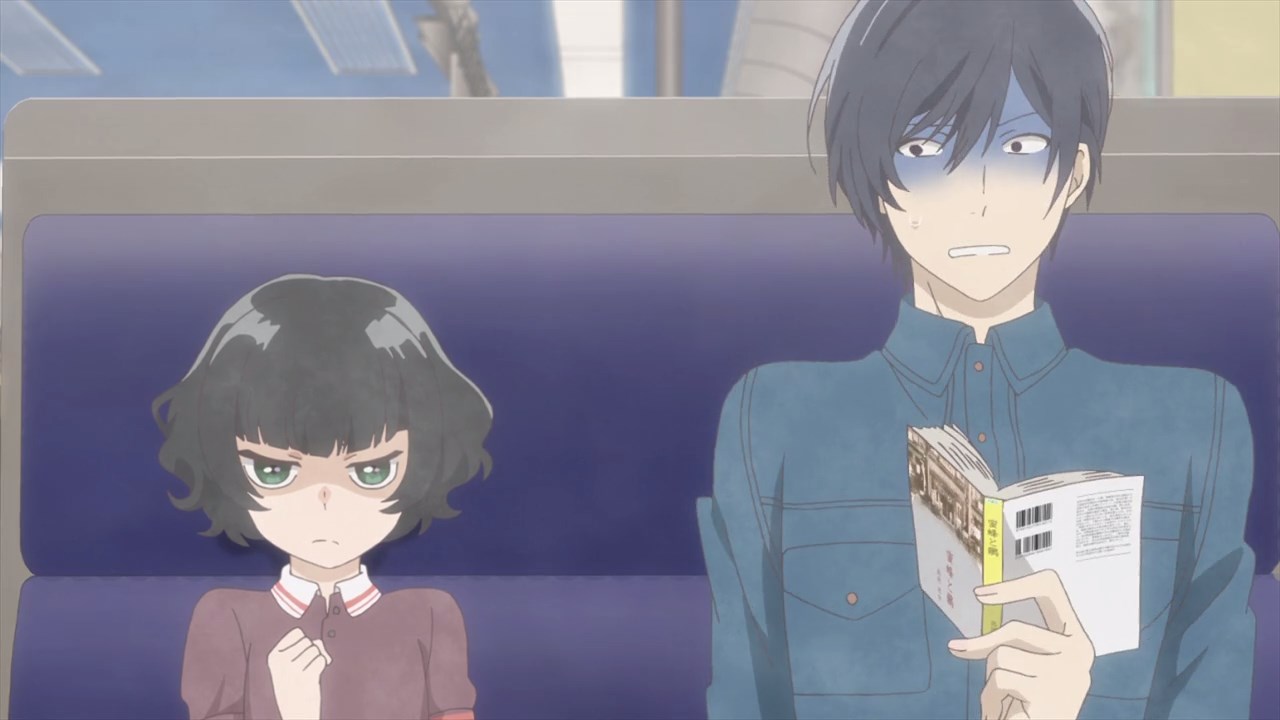 But still, Hitoha Hongou is pissed as the Literature Club are going on a training camp at Tomoaki Yamagishi’s family-owned inn.

Come to think of it, I wonder if she still has some tension towards Yamagishi-sensei. I mean, is Hongou still planning to have sex with a teacher? 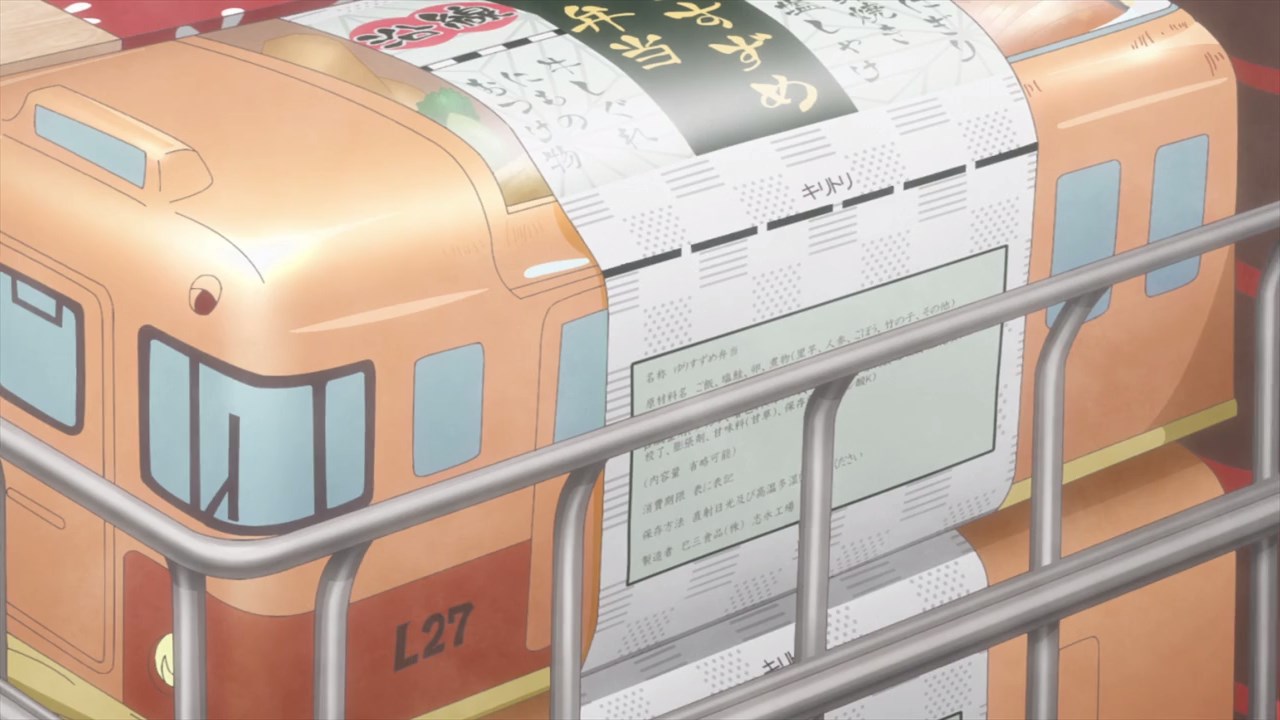 On the other hand, this train has some nice lunch boxes, some of them are shaped like trains which Izumi loves it. 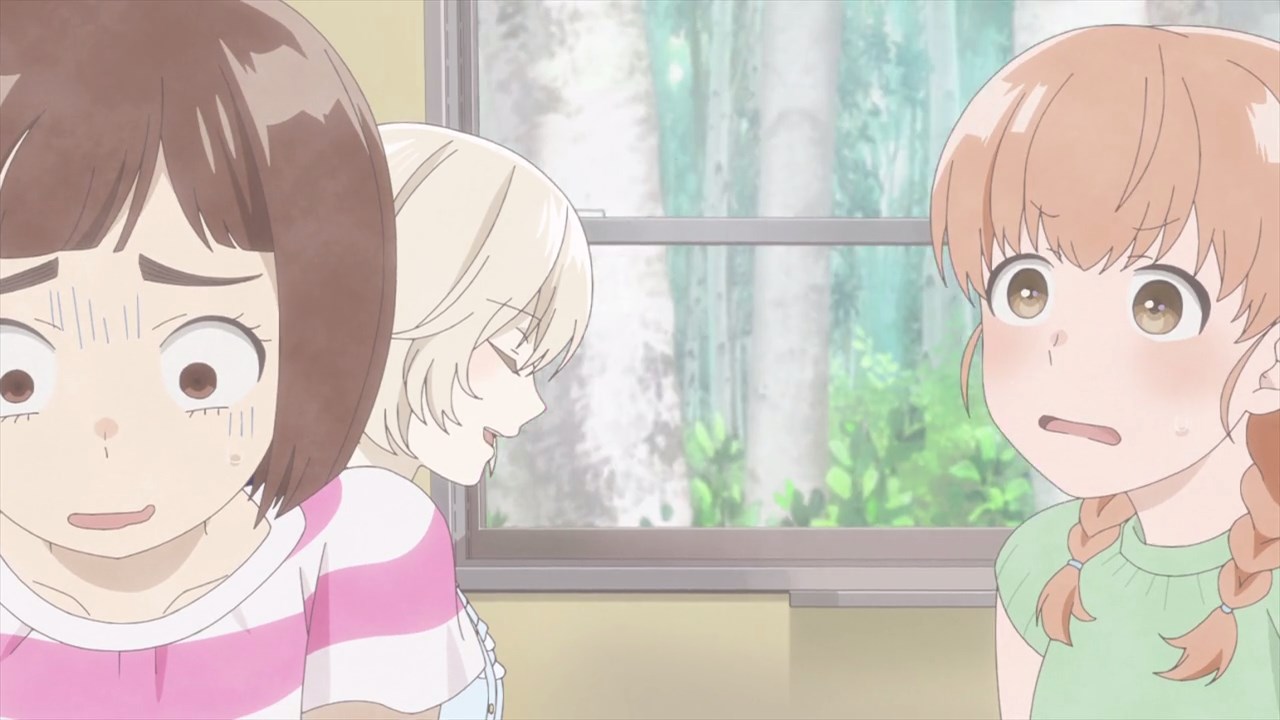 Then again, here’s Niina Sugawara where she teases Kazusa Onodera about her childhood friend’s hobbies. Man, she’s making Kazusa feel uneasy when Izumi and his hobbies are mention. At least it’s not about train molestation.

But seriously though, the reason why Sugawara does that is because she wants to support Onodera on her relationship with Norimoto. Then again, Kazusa Onodera is very indecisive which infuriates Niina Sugawara, on top of being accused of seducing boys with her looks. 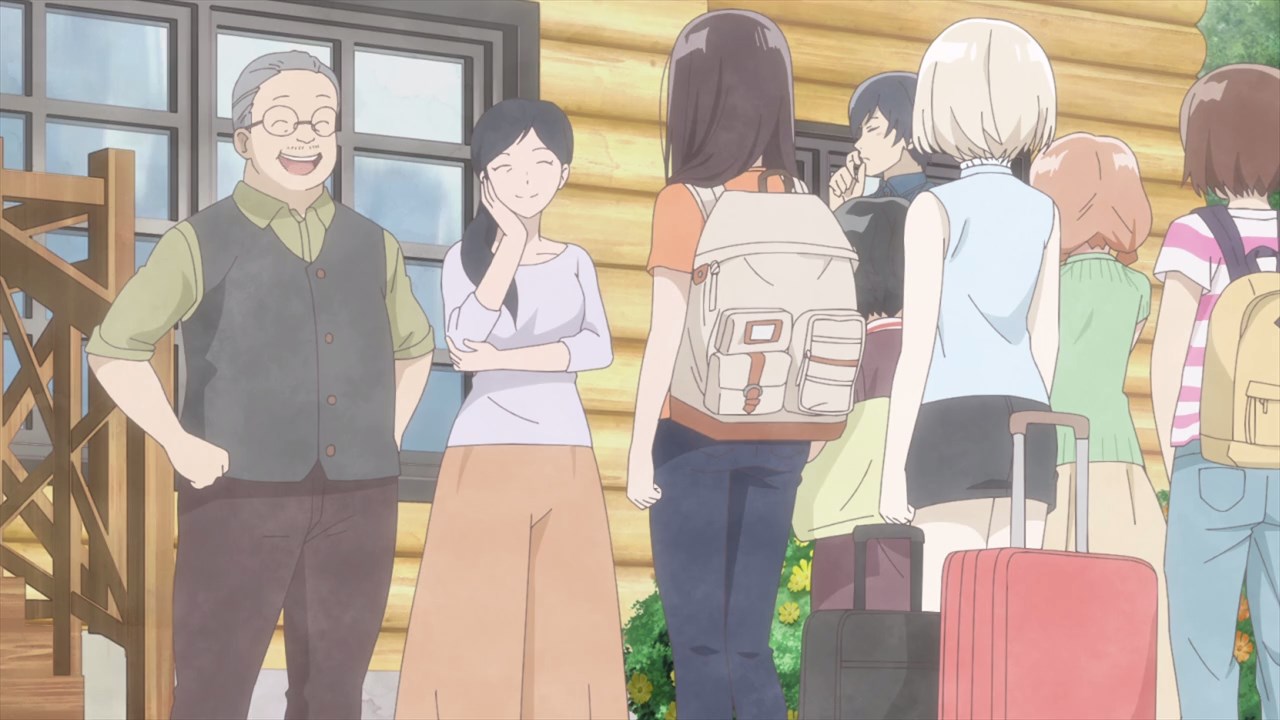 Now then, the Literature Club arrived at Yamagishi’s family-owned inn as the owners are happy to see young girls staying at their inn.

Of course, Tomoaki Yamagishi has to supress his sexual desires but you know what, Yamagishi-sensei is not interested in young girls anyway.

But let’s move onto Kazusa Onodera where she’s ashamed about her looks compared to Niina Sugawara. While Momoko Sudou tries to comfort her best friend, let’s just say that she can’t help Kazusa at this point.

You know what, sure that Niina is gorgeous that every boy wants a piece of her, I think Kazusa should know that beauty is not about appearances, but rather her heart.

Speaking of Niina Sugawara, I have to say that she has a nice pair of tits (even though it’s covered in steam) and her skin is white as snow.

And because of that, Kazusa Onodera’s self-esteem is getting lower and lower because of Niina Sugawara’s goddess-like beauty. If only Niina will snap Kazusa out of her misery…

Unfortunately for Niina Sugawara, looks like her friend is in trouble as Kazusa Onodera fainted. It would be better if Kazusa left the hot springs beforehand but it’s her decision to stay much longer.

Anyways, that’s about it for Episode 6 and man, I wonder what will the Literature Club do now for the upcoming school festival? I guess we’ll find that out next time!