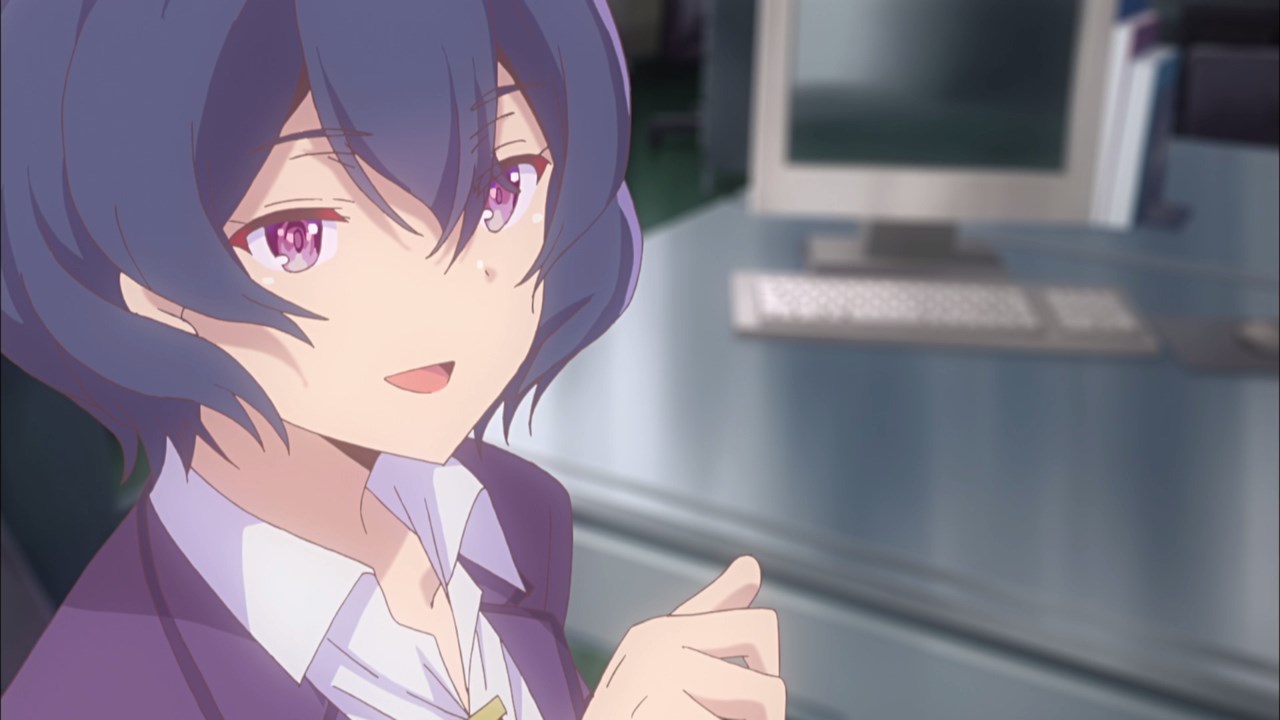 So, is anyone remember Okita-sensei? Well, it appears that she found some clues that’ll help Keiki Kiryu on finding the Cinderella. Not significant though, but it’s better than nothing. 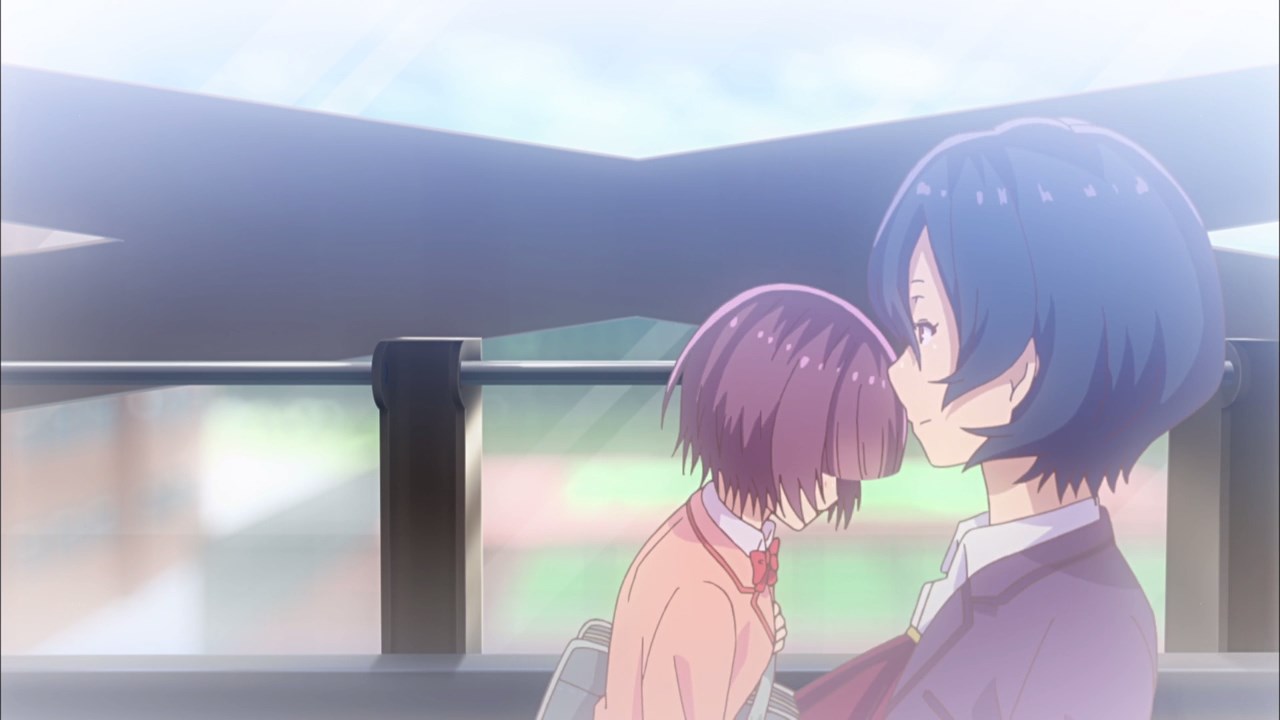 Turns out that Okita-sensei saw Ayano Fujimoto at the hallway while going to the club building. Hmm, don’t tell me that Fujimoto went to the calligraphy club and put her panties there? Then again, it’s too early to call that! 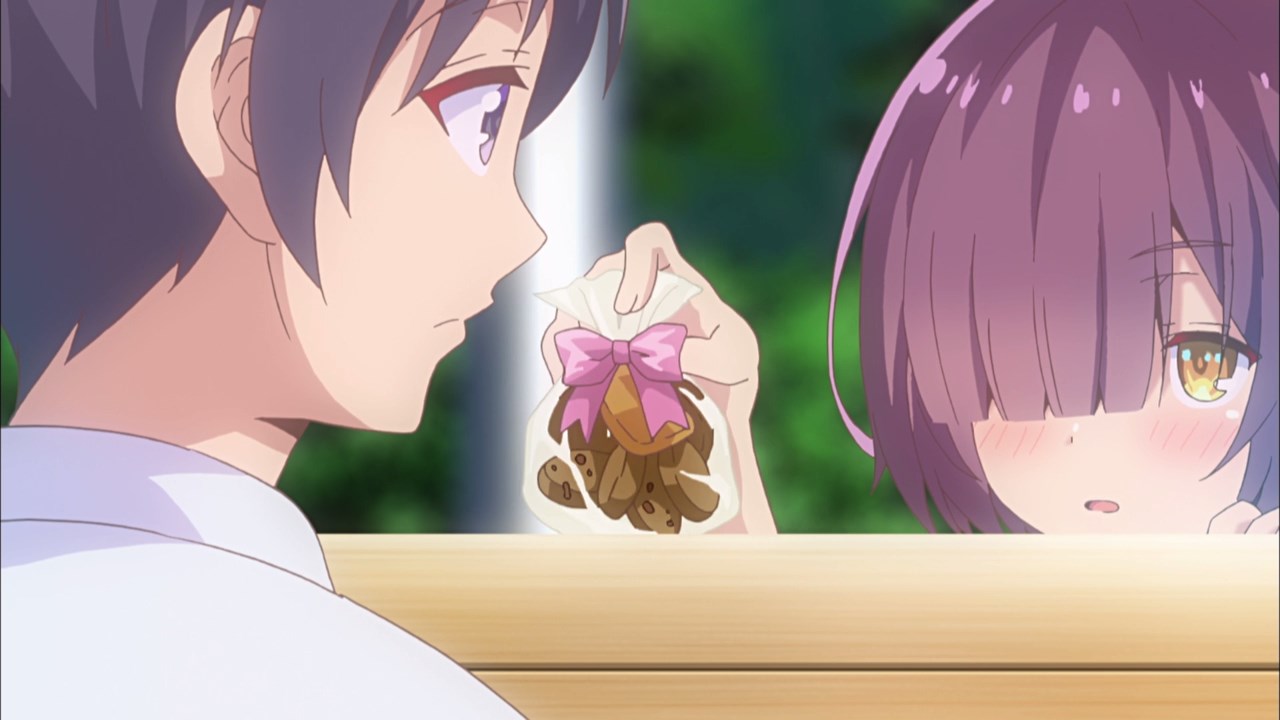 But let’s talk about Ayano Fujimoto where she’s playing nice with Keiki Kiryu by giving him cookies and stuff. Speaking of cookies, what’s the taste? 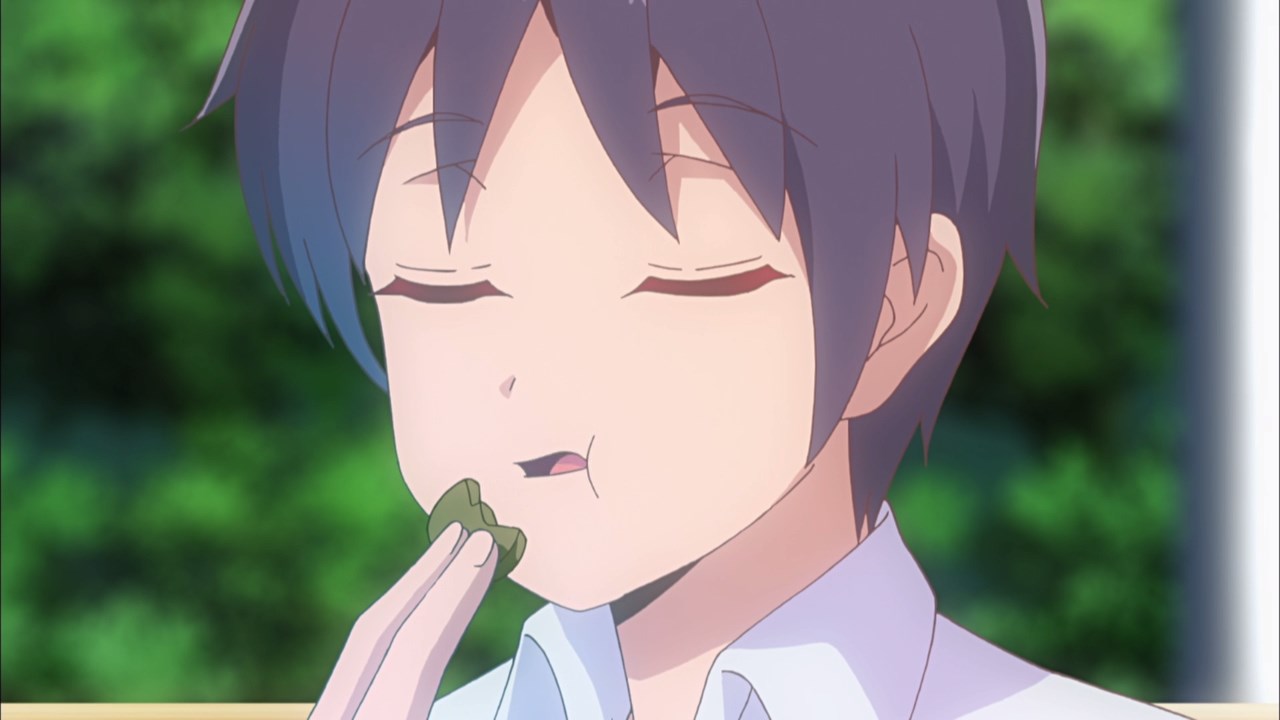 Well, Fujimoto’s cookies are delicious according to Kiryu, but I’m still not convinced that Ayano is the Cinderella who left her panties at the club room. 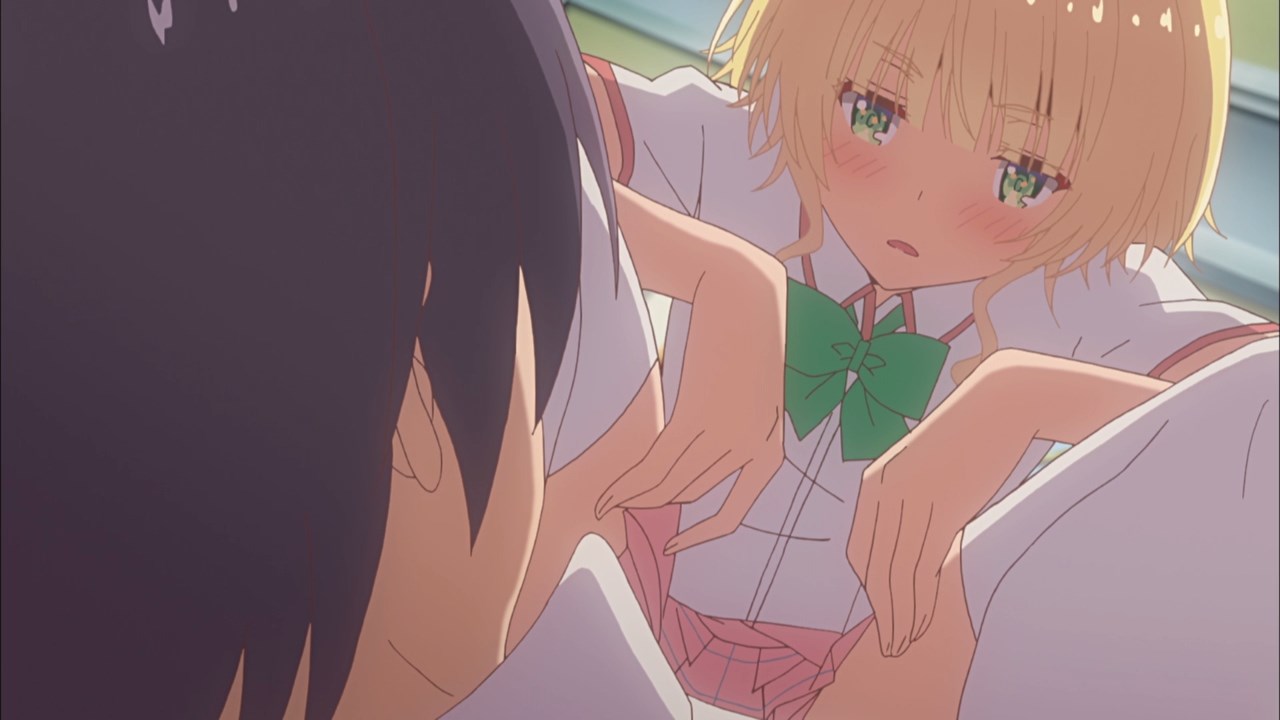 Meanwhile, it seems that some of the girls are getting jealous as Keiki spends his time with Ayano.

Take Yuika Koga for example where she still insists of making Keiki-kun as her slave. And what will she do to submit Kiryu? 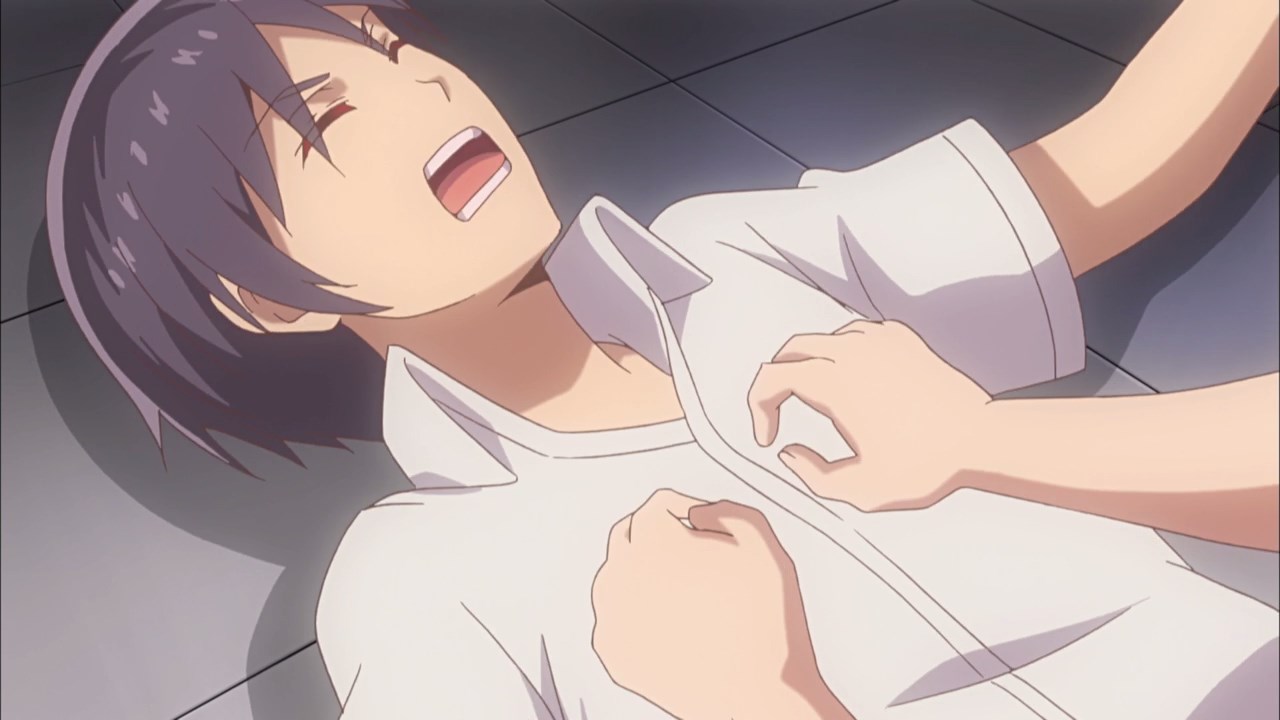 By tickling his chest of course! Damn, Yuika sure wants to desparately make Keiki-kun as her slave, even as far as raping him!

But then, Kiryu touches Koga’s chest and while it’s getting bigger according to him, I expect Yuika to slap Keiki-kun in the face. 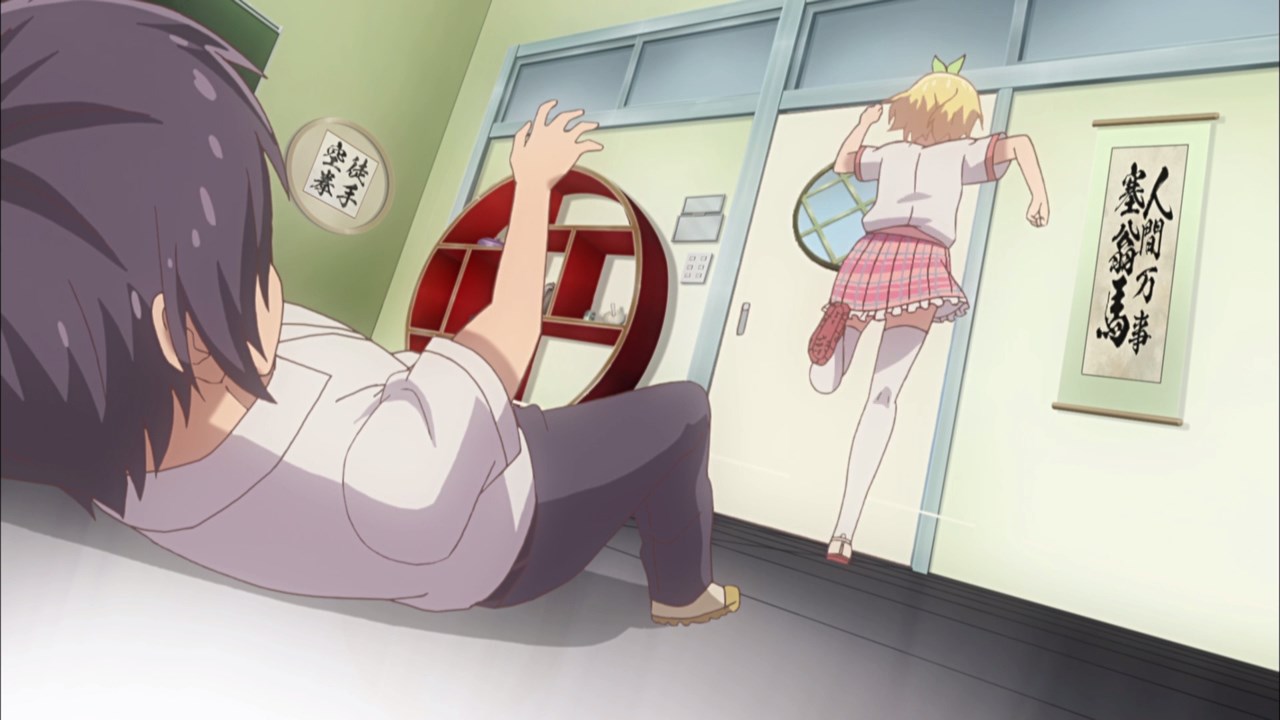 Instead, she runs away and call Keiki as a rom-com main character, which he’s already the protagonist of this show. But hey, Keiki Kiryu is safe… 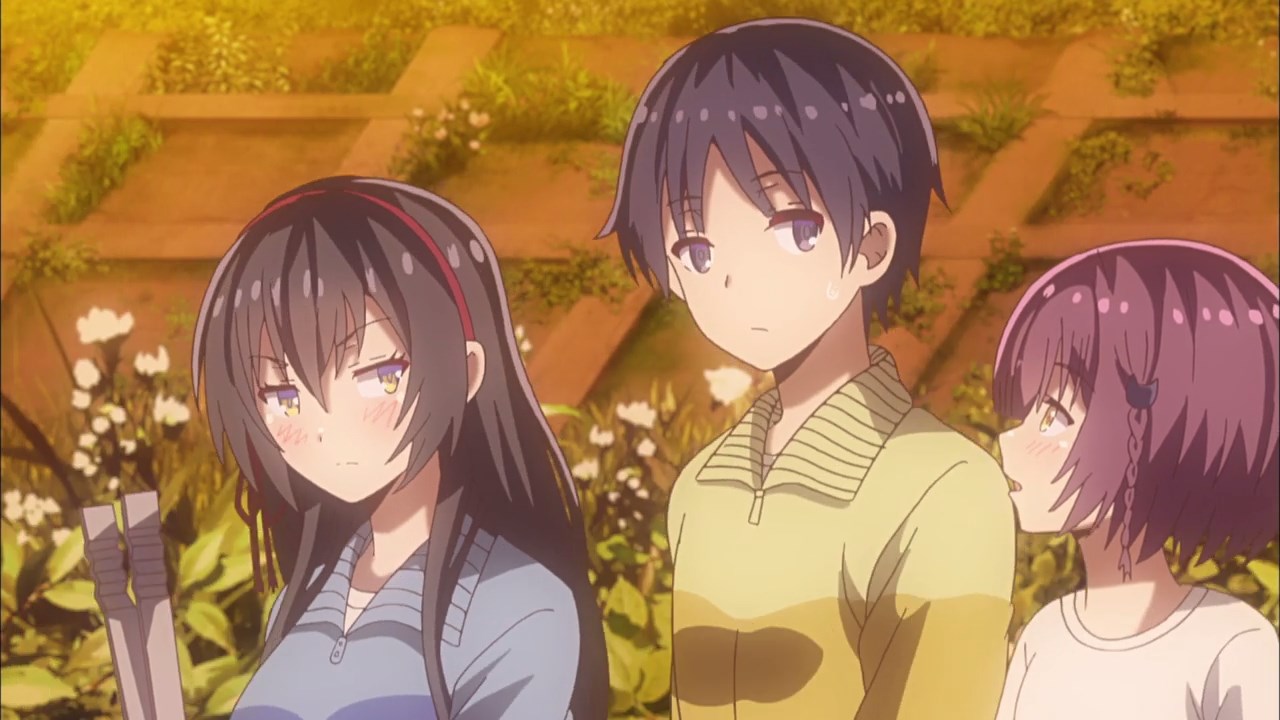 However, there’s this one where Keiki Kiryu volunteered to clean up the river bank, but Sayuki Tokihara joined the ride because she wants to be Keiki’s slave. I have a bad feeling about this… 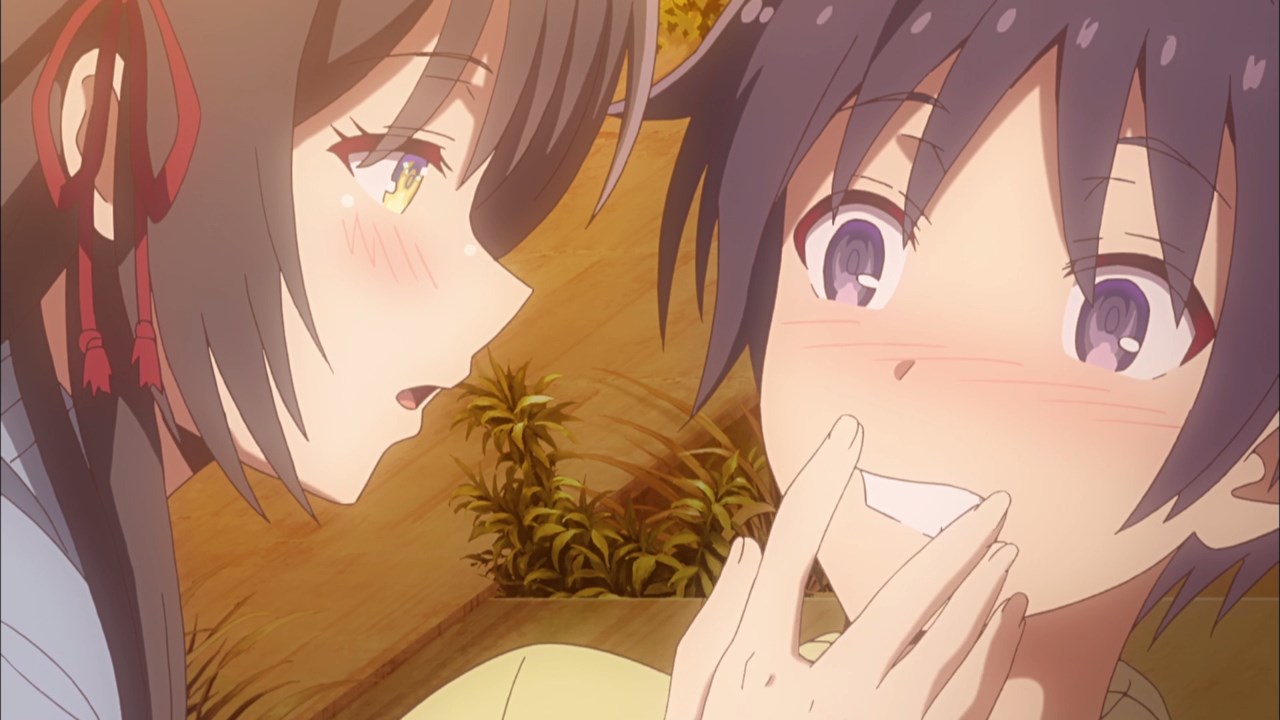 Turns out that Sayuki-sempai decides to pounce at Keiki-kun when Ayano is not there. Man, this ain’t good for Kiryu! 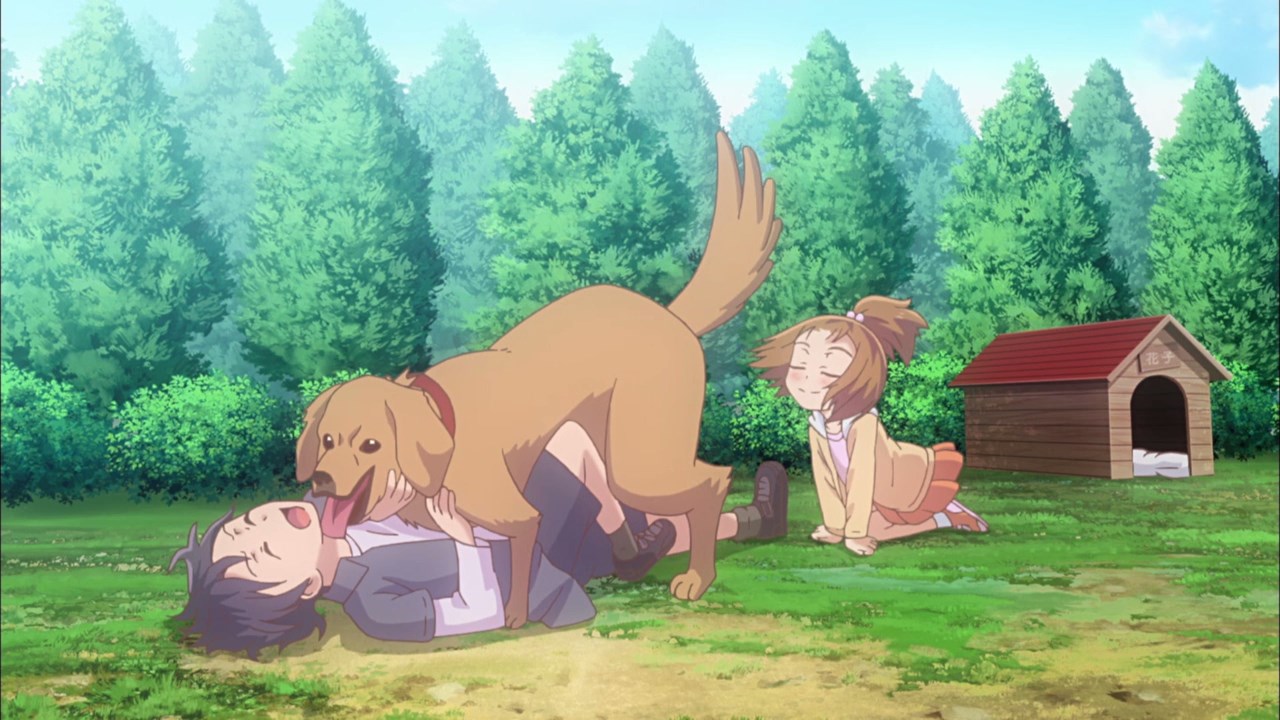 In fact, Keiki remember that time when a dog pounced onto him. It was a bad experience for Kiryu, but his grandfather teach him how to get out of this situation.

Anyways, time for Keiki Kiryu to get Sayuki Tokihara away from him by fondling her ass, which he learned from his grandfather after being pounced by a dog.

The result? Seems that he got away from Tokihara but then again, I feel that she enjoys having her ass groped! 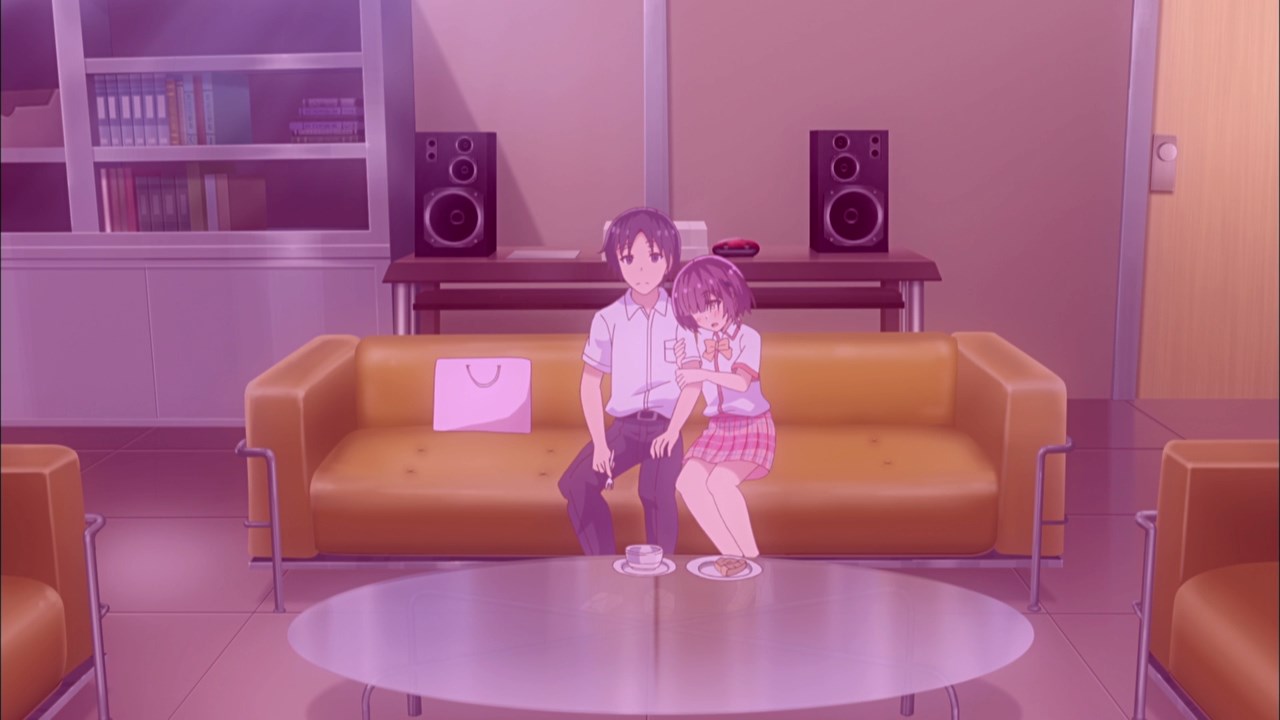 Lastly, let’s go back to Ayano Fujimoto where she invites Keiki Kiryu at the student council room for some tea and apple pie.

On the other hand, something’s not right as the atmosphere is a bit… sleaze for Fujimoto’s tastes. 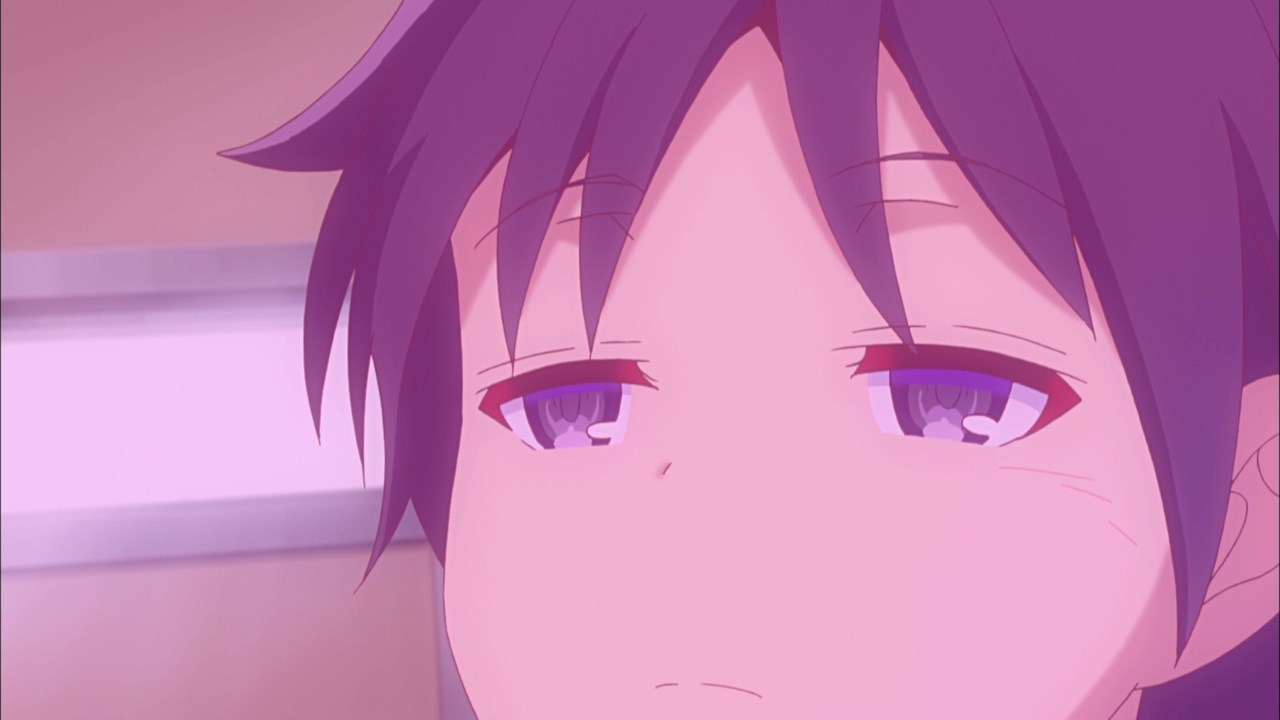 Also, it appears that Keiki Kiryu is getitng sleepy. I don’t know whether this room is filled with some gas that’ll make him drowsy, but I have a bad feeling that someone would assault Keiki-kun when he fell asleep.

And you know what, seems that my fears came true as Ayano tries to pull his shorts. What the hell is going on here!? 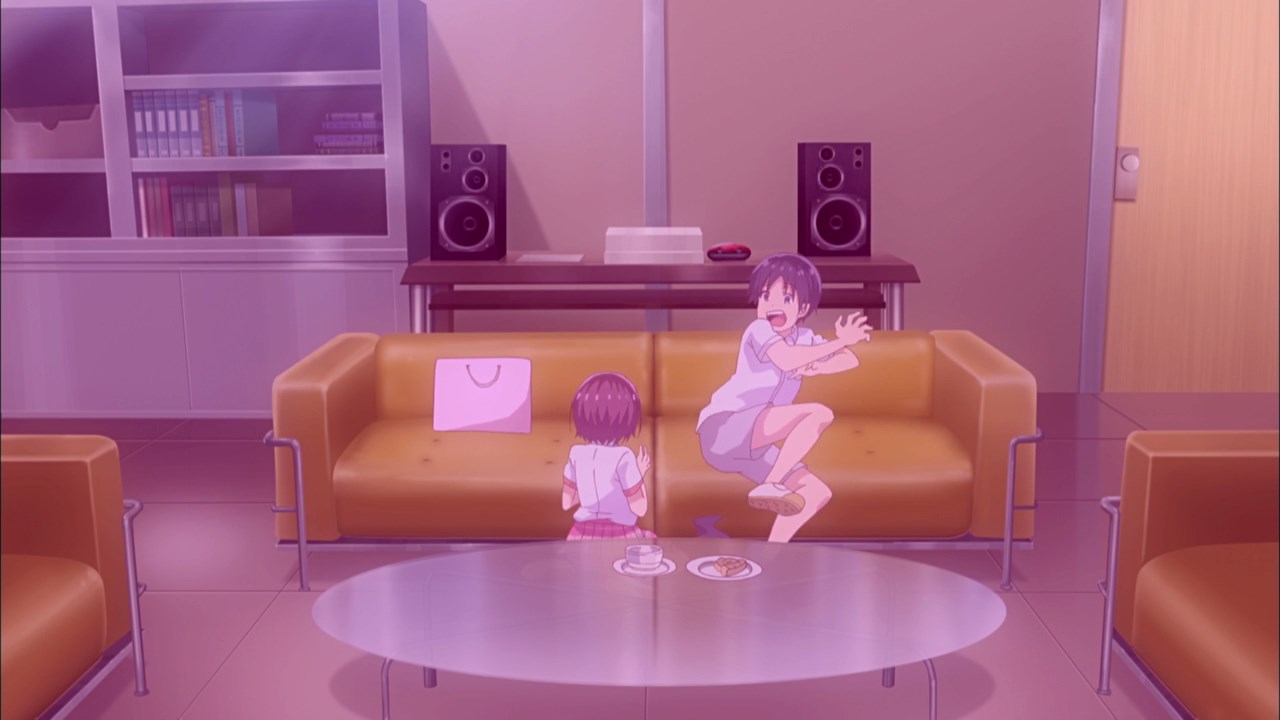 Even Keiki is surprised to see Ayano pulling his trousers but seriously though, why would Fujimoto do that? 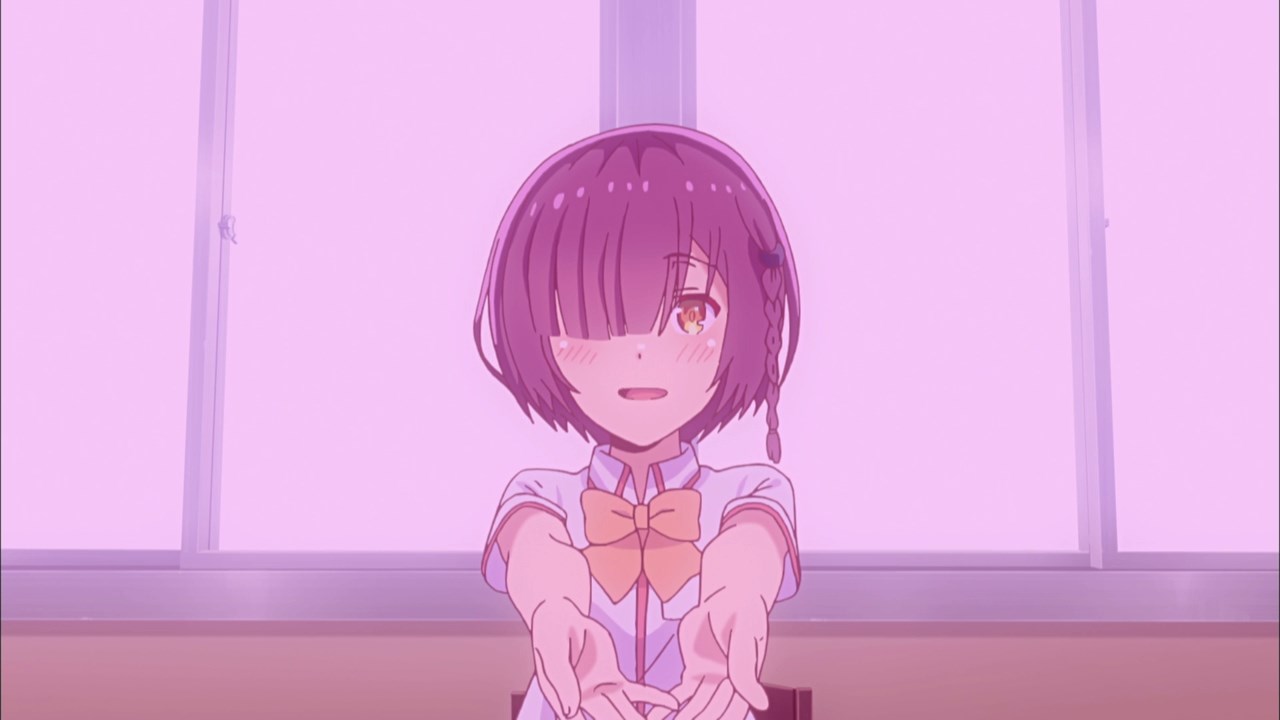 Turns out, the reason why she wants to pull Keiki’s trousers is because Ayano is addicted to his smell. Wait, don’t tell me that she’s one of those perverts, but decided to have a freakin’ smell fetish!? This is getting crazy!

And because of that, I have to rule Ayano Fujimoto out as one of the suspects because I don’t think she’ll leave her panties behind. Man, this is getting ridiculous that I’ll never know who’s the Cinderella who left her panties at the club room.

Anyways, that’s about it for this episode and at this point, I give up on finding out who left those panties in the room.