To Aru Kagaku no Accelerator Episode #06 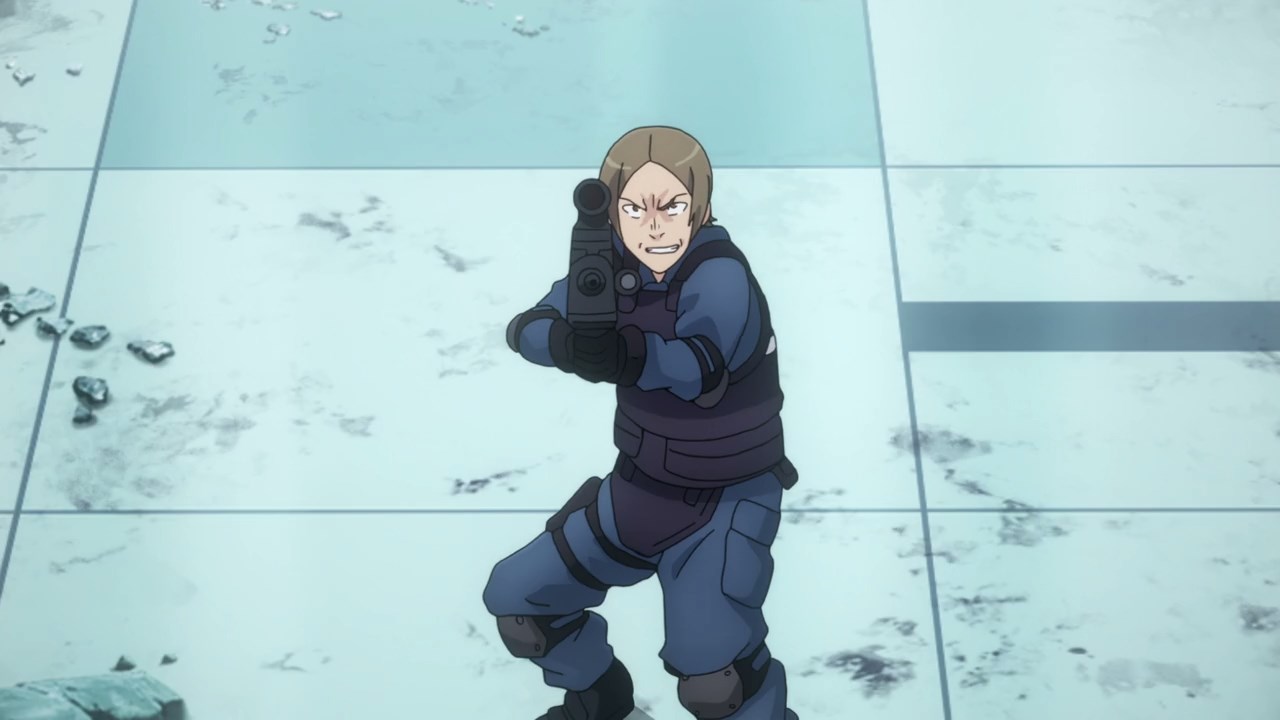 Let’s start this episode with a Disciplinary Action operative making his final stand against Scavenger. 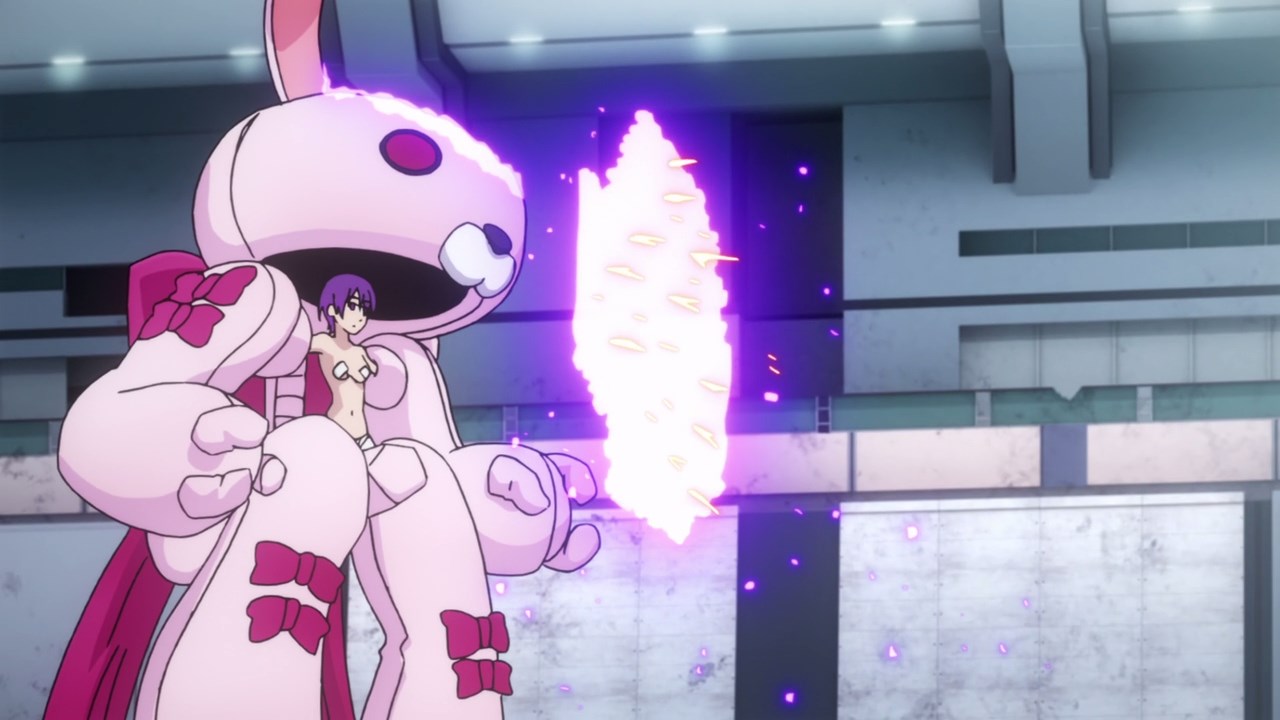 Of course, this DA operative can’t put a scratch against these espers with his submachine-gun. Well then, I guess it’s time to put an end to this man’s misery. 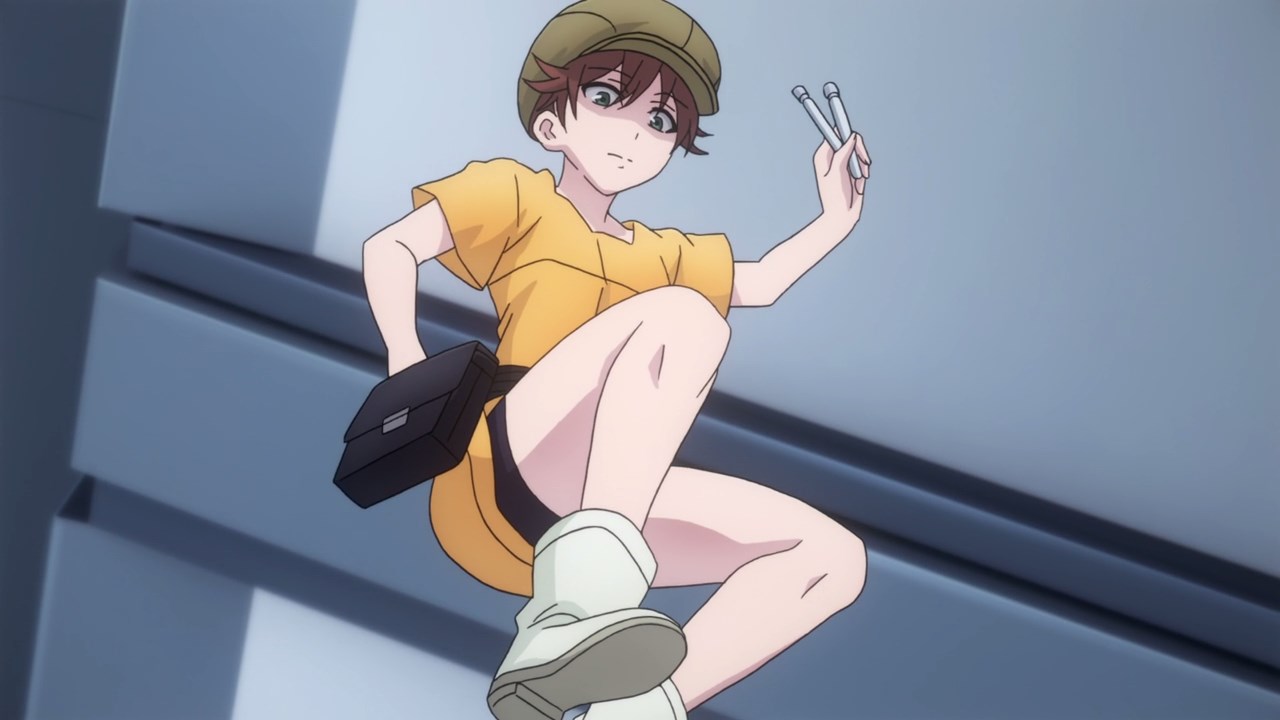 Thus, Yakumaru steps in to deliver a finishing blow to the last DA operative… 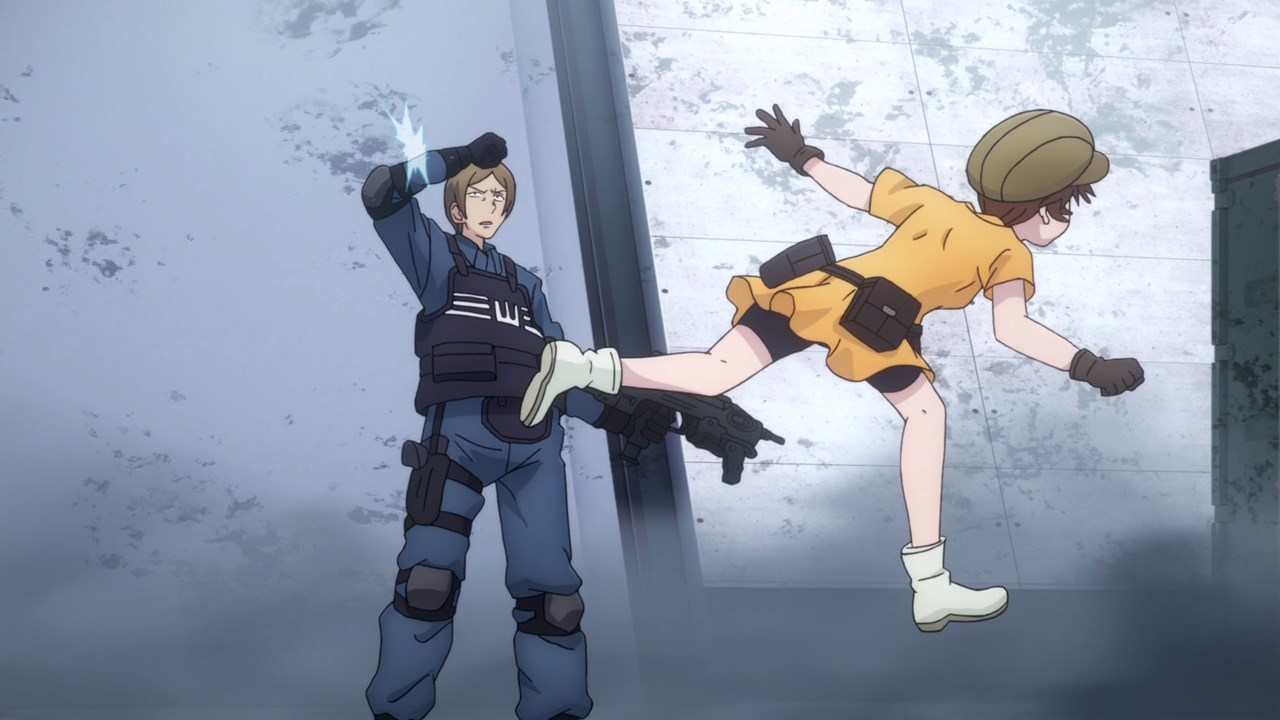 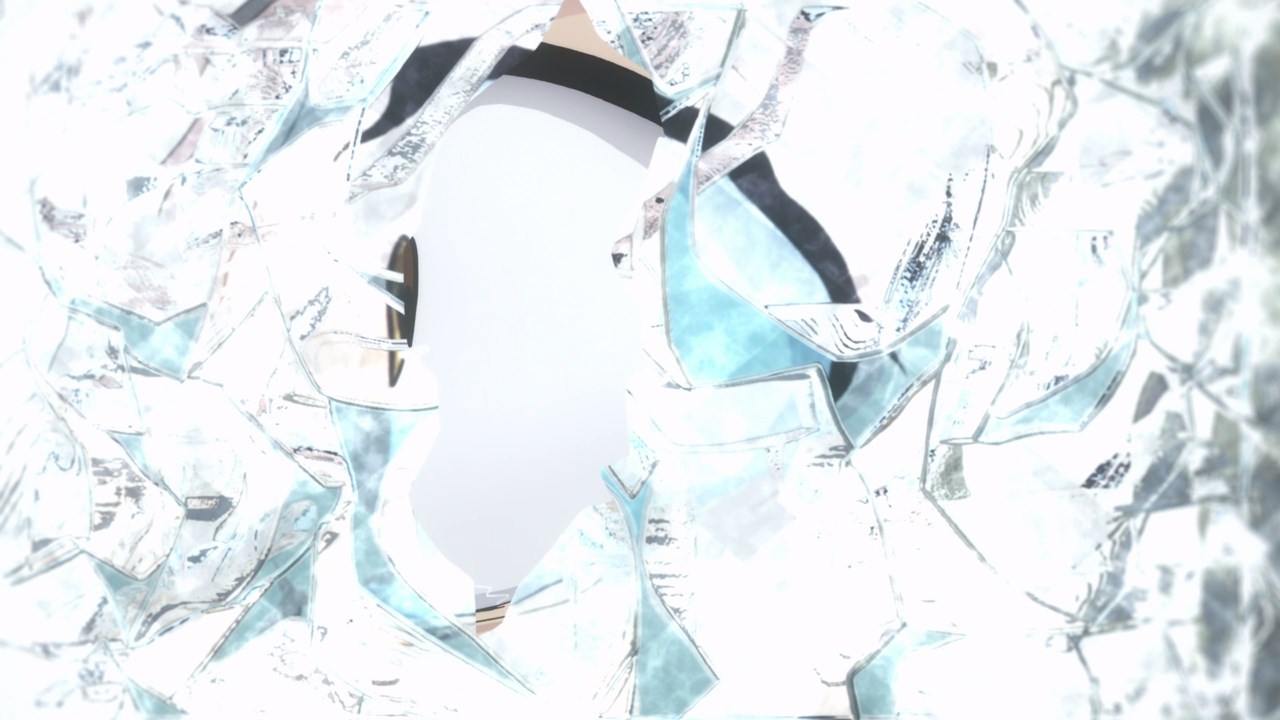 Now then, let’s move onto the main event where Hasami Hitokawa drop kicks Naru and all I can say that Esther Rosenthal’s zombie companion can put up a damn fight against an esper.

Oh yeah, I forgot to tell you that Scavenger hates adults, especially teachers who punish students for having horrible grades or making mischief at school. Then again, Leader and the rest are unwitting pawns for Academy City’s biggest plan, but they’ll never know the full extent of it. 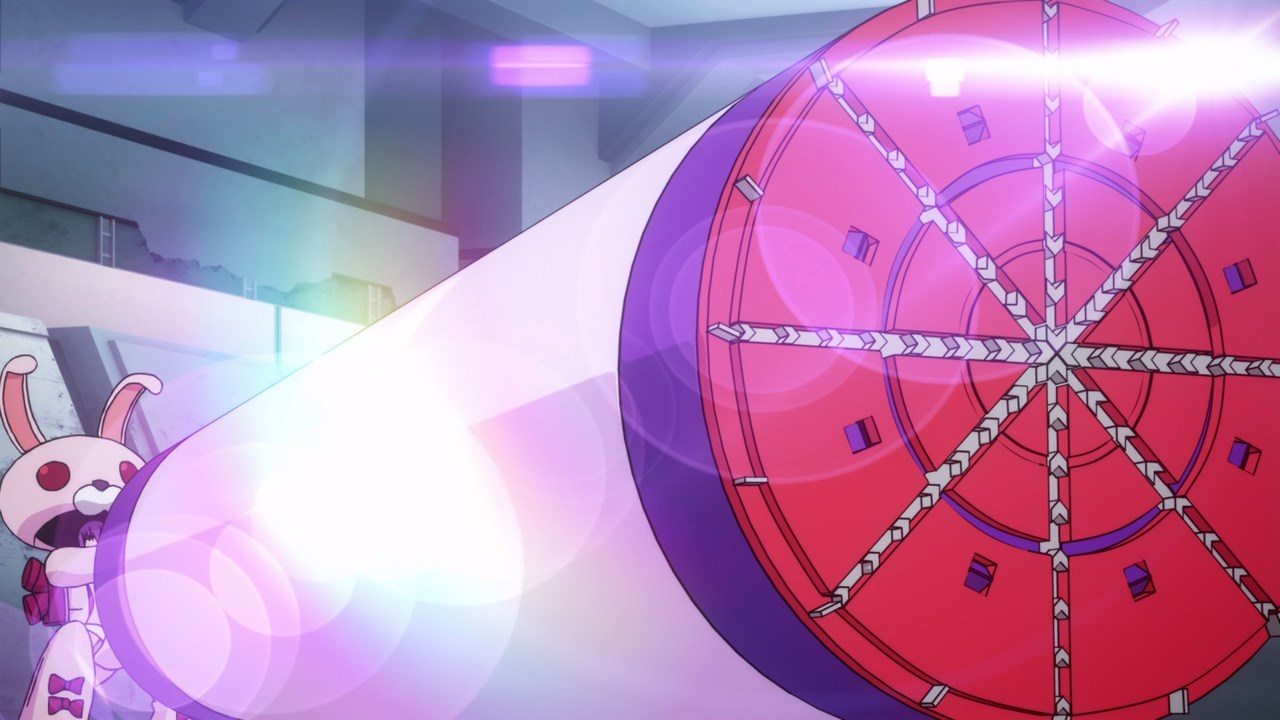 Anyways, Naru is getting pissed at that zombie so she decides to transform her arms into a freakin’ excavator. Of course, she’s not gonna use it towards Hitokawa, but rather her master. 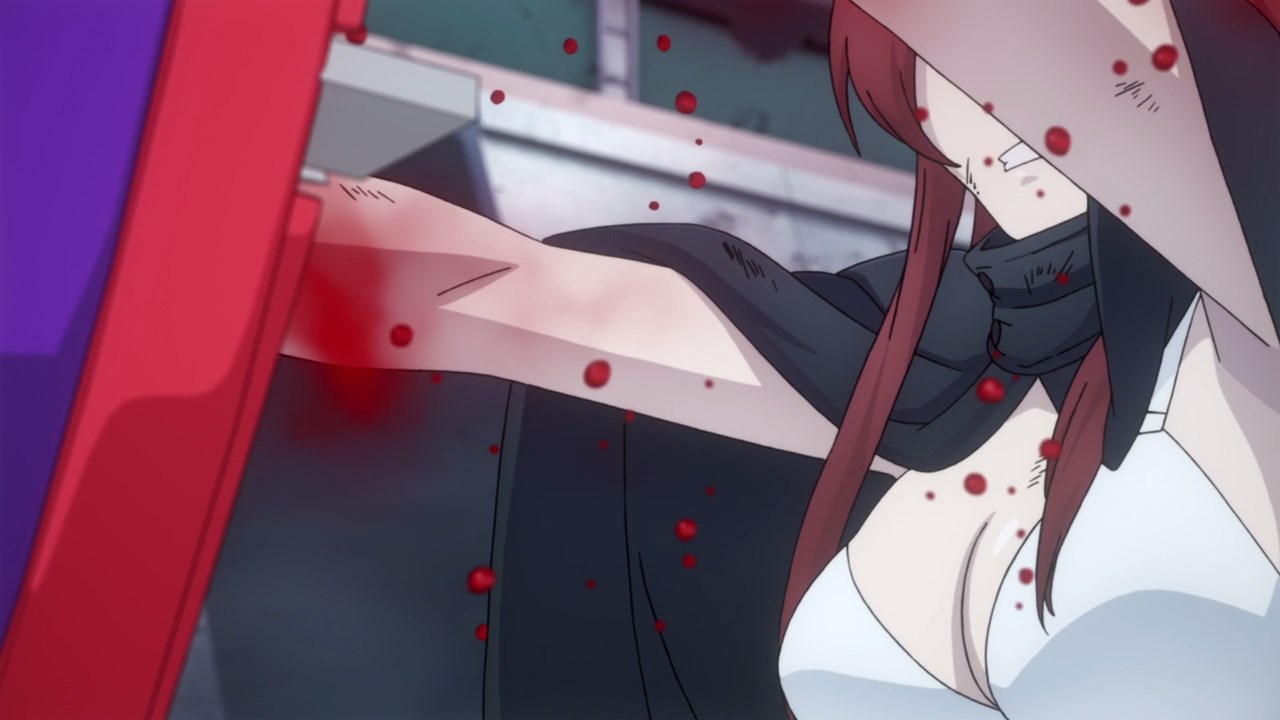 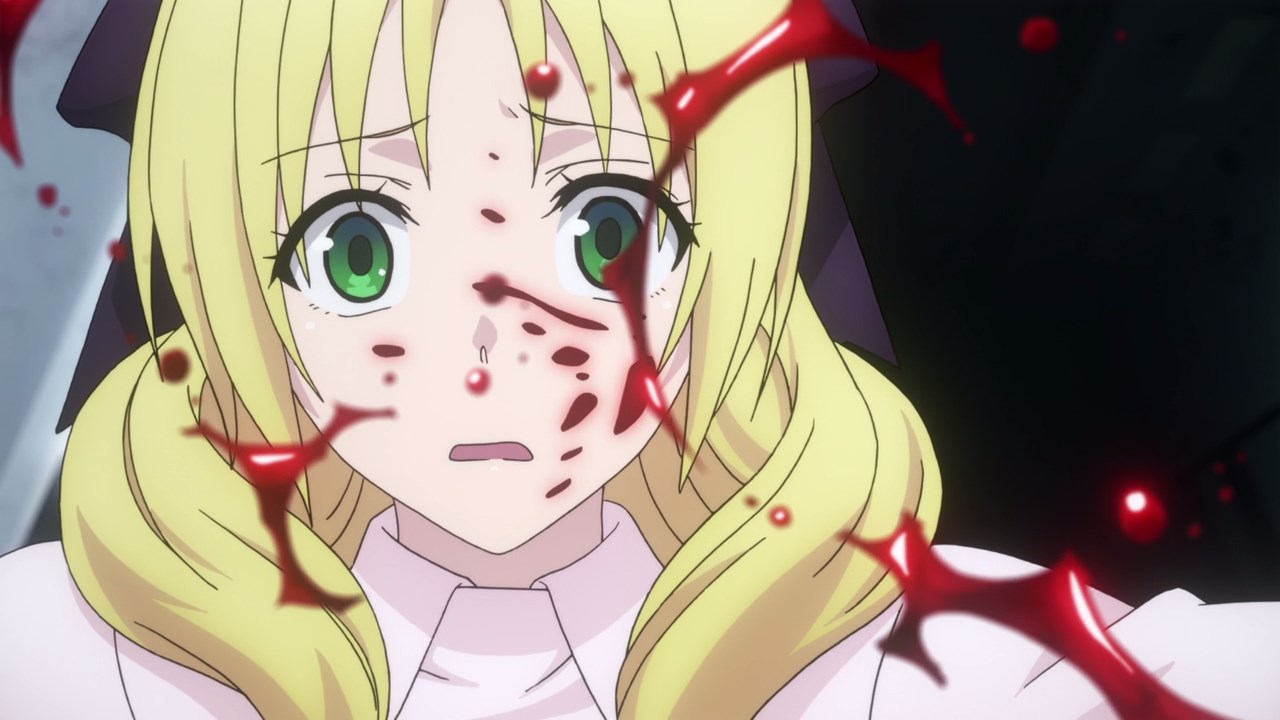 Nevertheless, Hasami Hitokawa is aware that Esther Rosenthal is in danger and use her arms to stop Naru’s excavator. But even then, Hasami can’t hold it much longer because c’mon, humans are not tough enough regardless of whether it’s dead or alive. 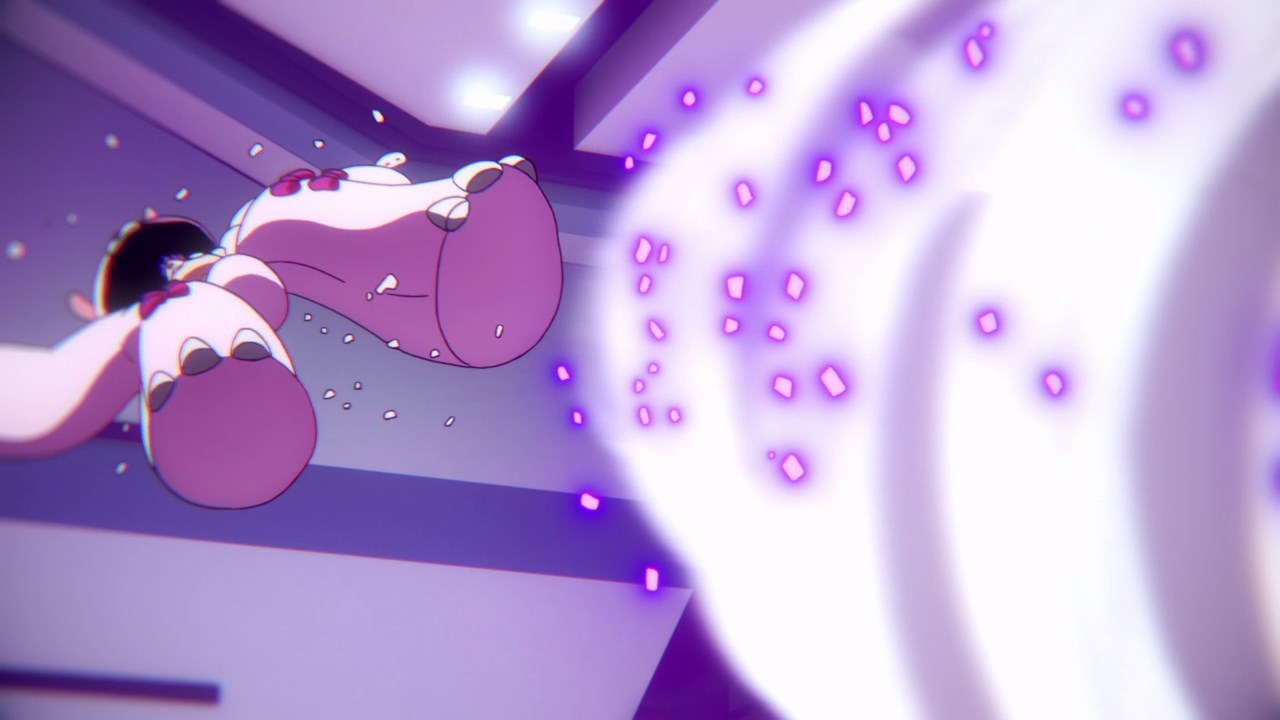 Fortunately, it seems that Naru’s excavator got destroyed by a certain esper. 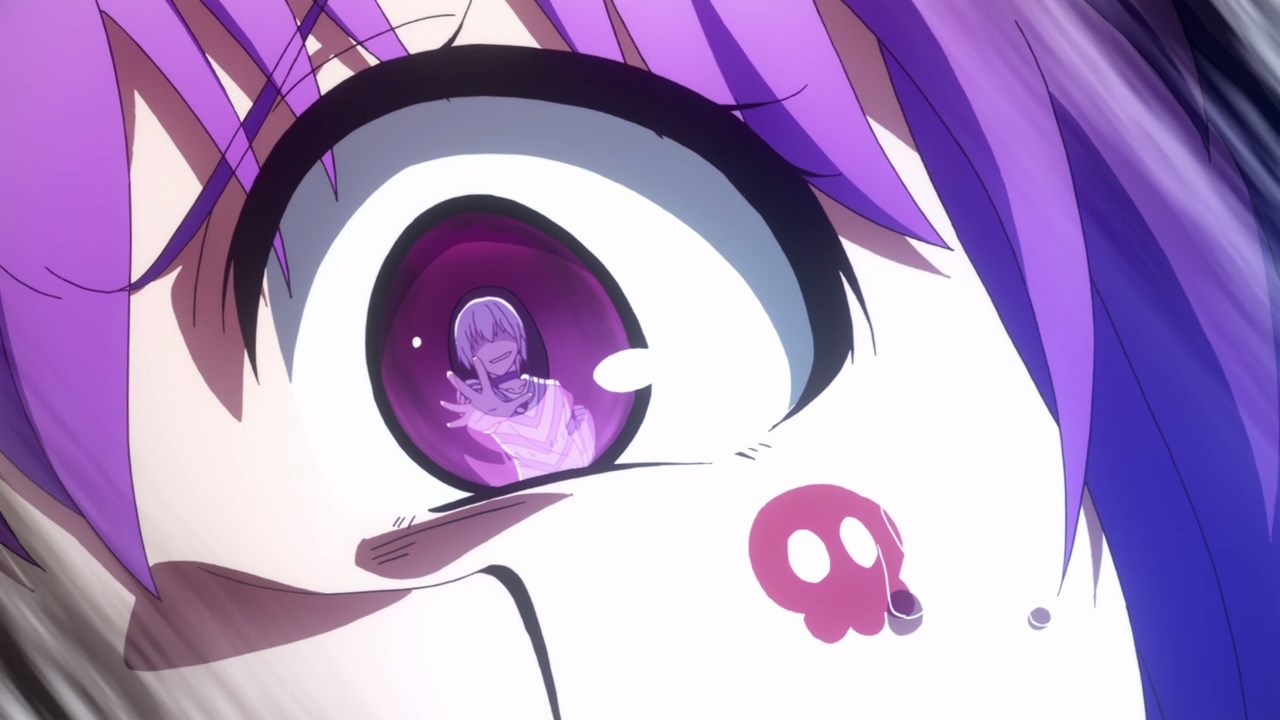 Oh sorry, a certain Level 5 esper who’s gonna teach them how to be villains! Say hello to Accelerator as he’s itching for a fight! 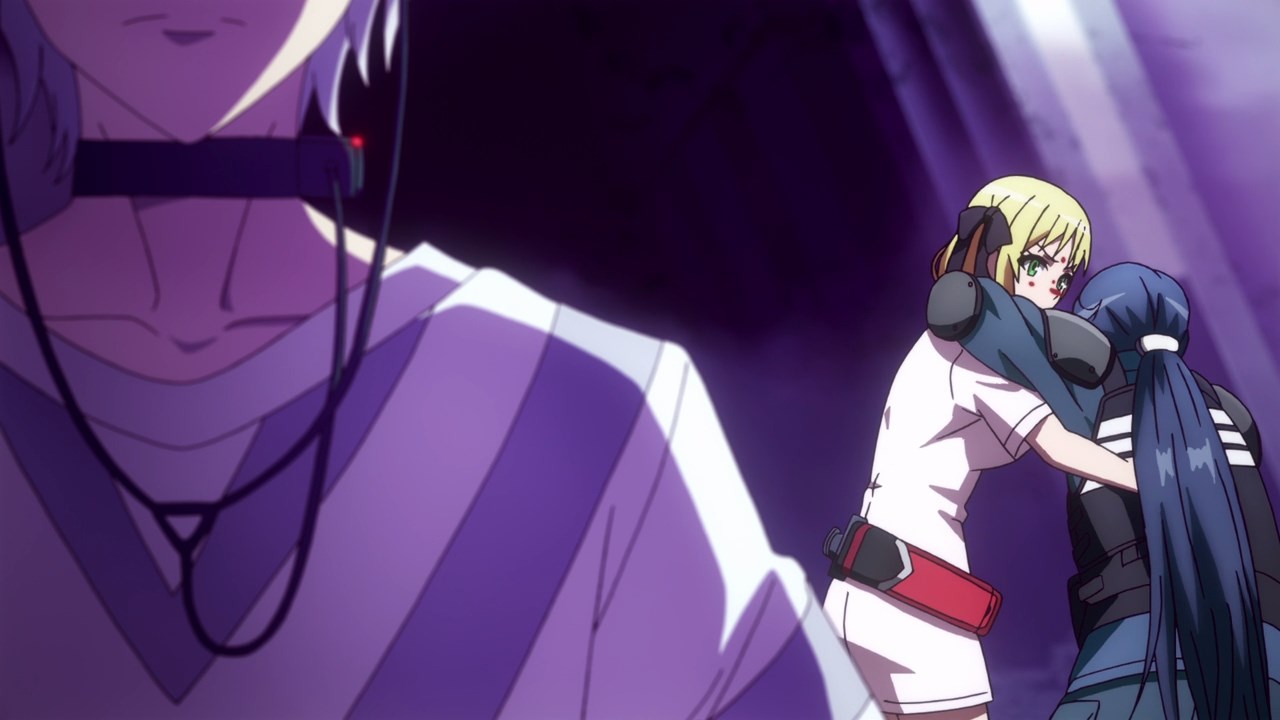 But first, he told Esther Rosenthal to escort both Aiho Yomikawa and MISAKA No. 10046 out of harm’s way.

Not just because Accelerator doesn’t want to hurt them, but it’s because they’re a nuisance in which Scavenger will use them as meat shields except for MISAKA No. 10046. 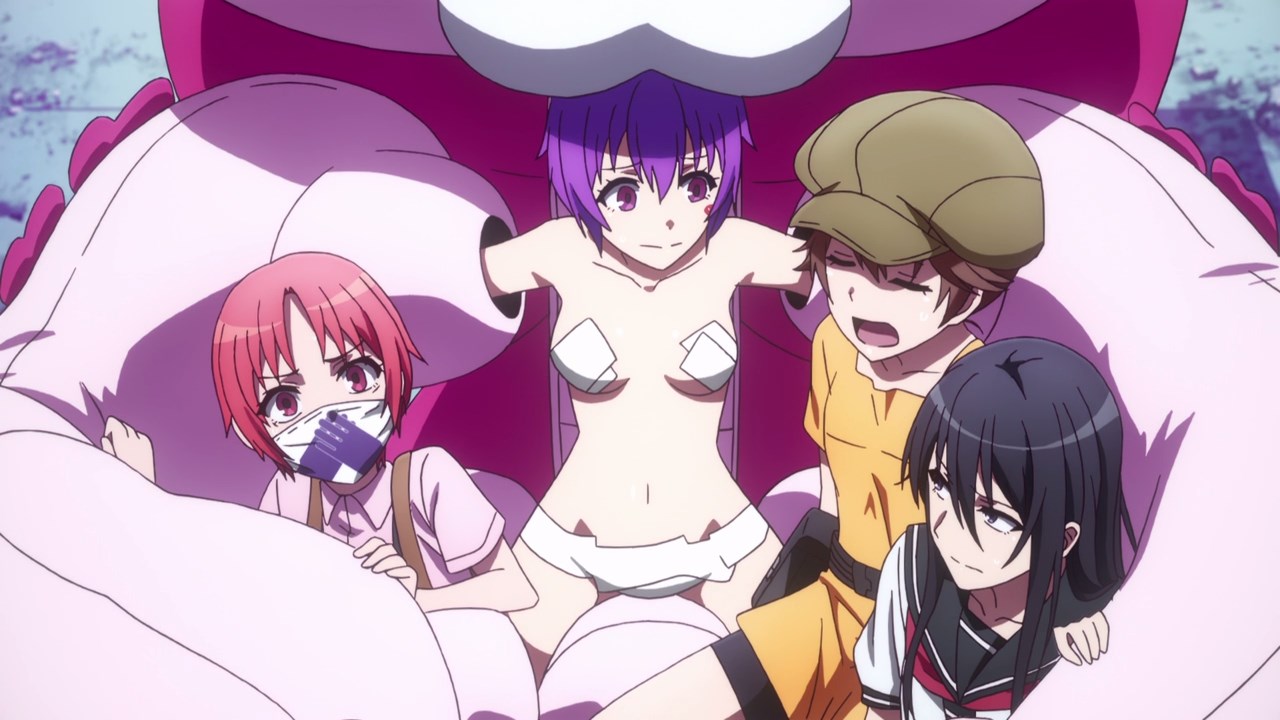 Speaking of Scavenger, they decided to combine their powers to defeat Accelerator but you know what, I think they’re just wasting their time! 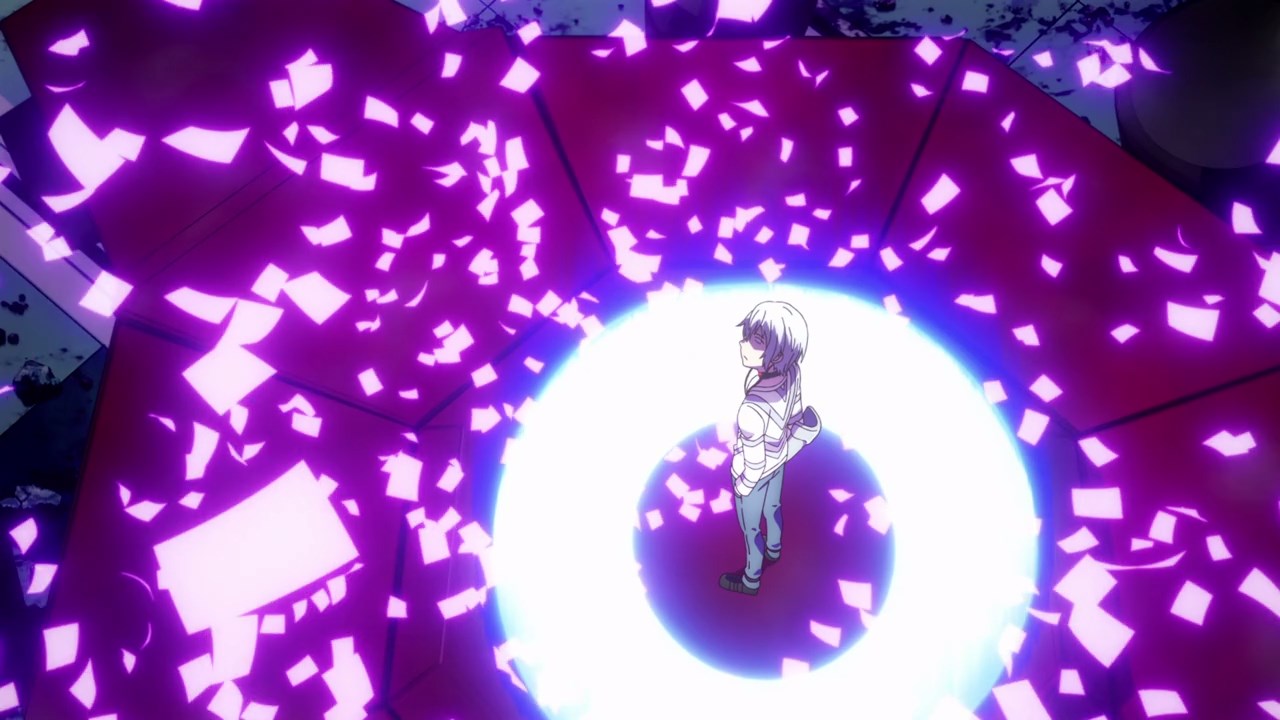 But you know what, let’s see how Leader and her pals deal with Accelerator, starting with Naru and Seike using their respective powers to freeze this Level 5 esper and enclose him. 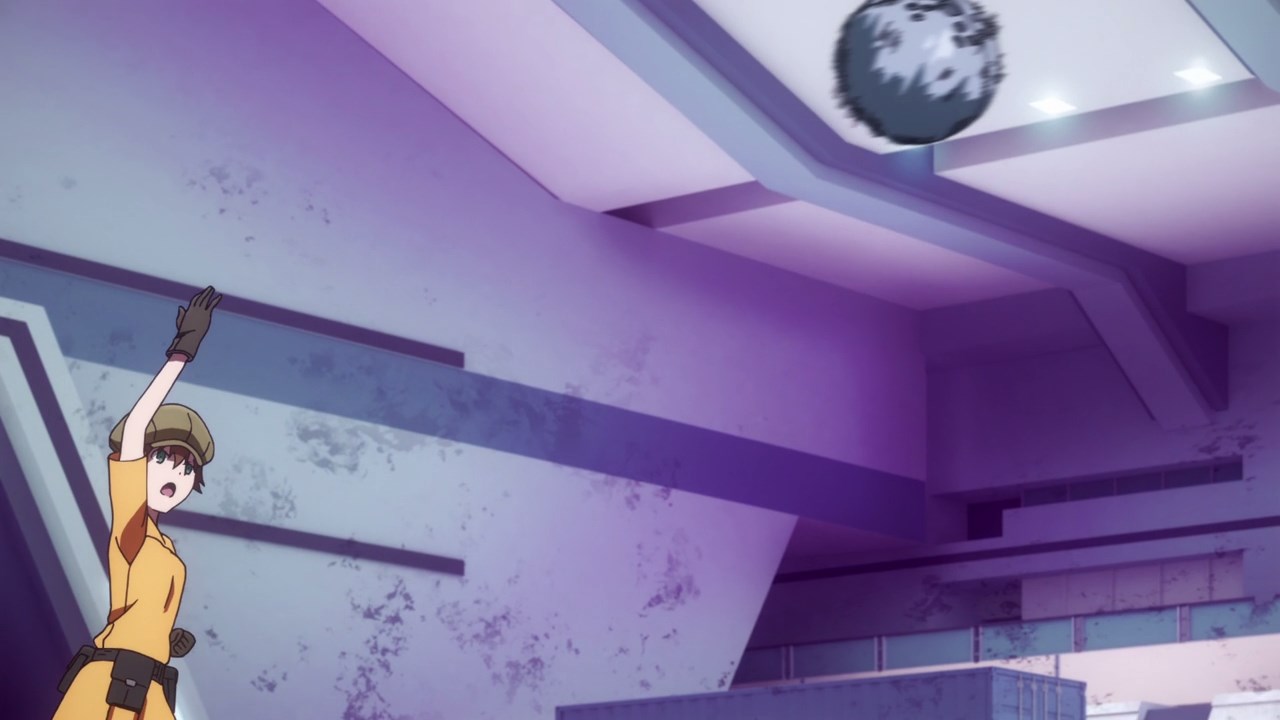 And once they’re done trapping Accelerator, Yakumaru proceeds to throw a grenade at him. 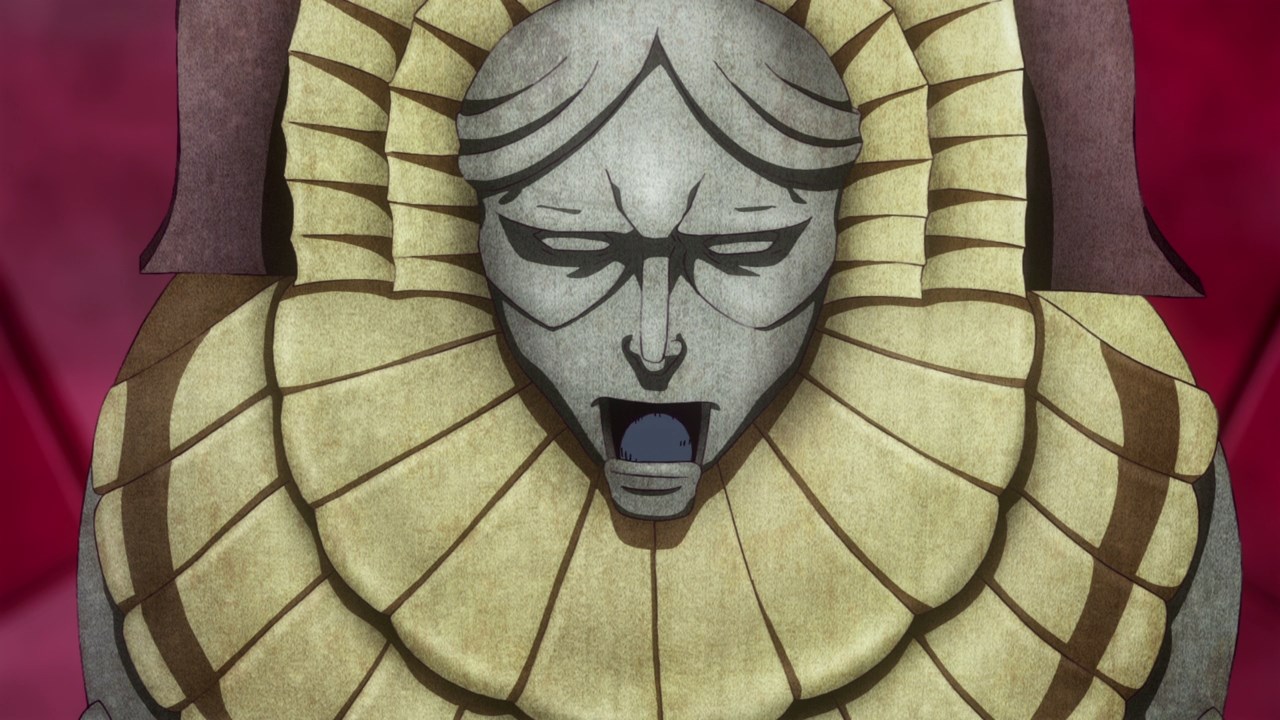 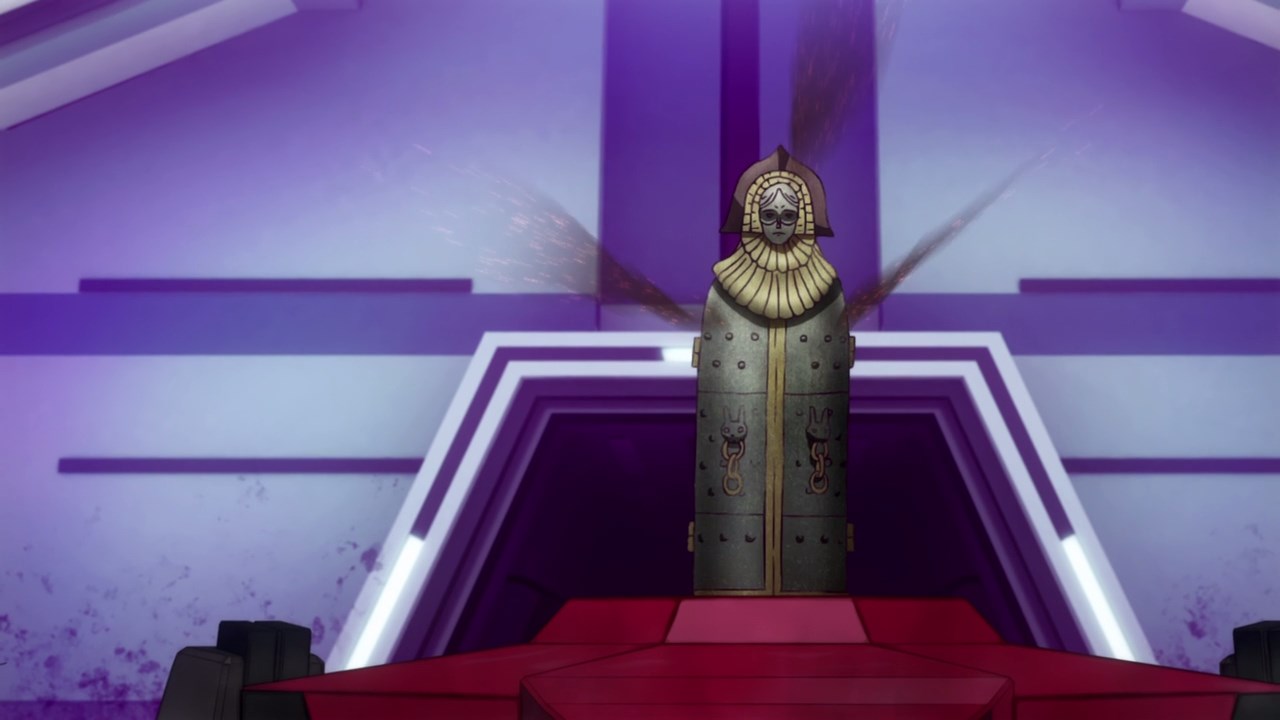 Specifically, a thermite grenade in which Accelerator will be exposed with high temperatures, melting his body until there’s nothing left.

Oh yeah, and Accelerator is encapsulated in this Iron Maiden made by Naru. A fitting punishment for a villain like him. 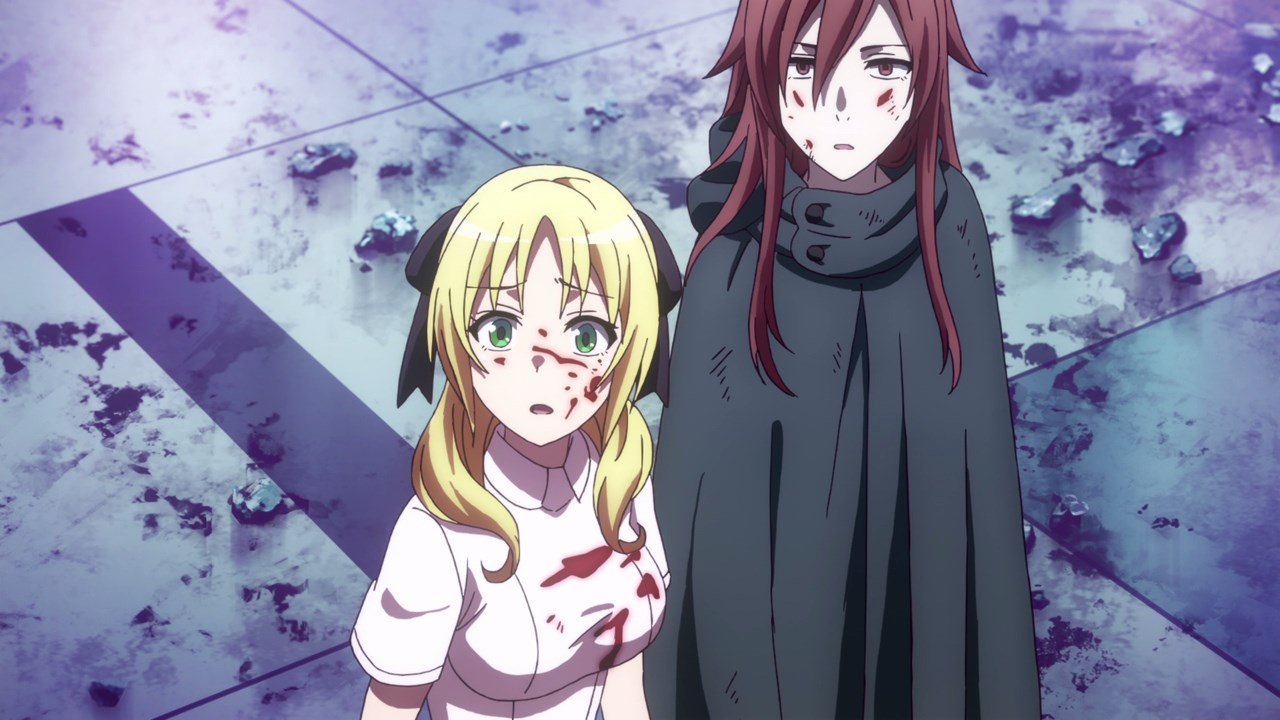 For Esther Rosenthal, it seems that hope is finally lost now that Accelerator is dead. But you know what, there’s no way that a thermite reaction would kill him and besides, shouldn’t Esther and her companion run away and save themselves? 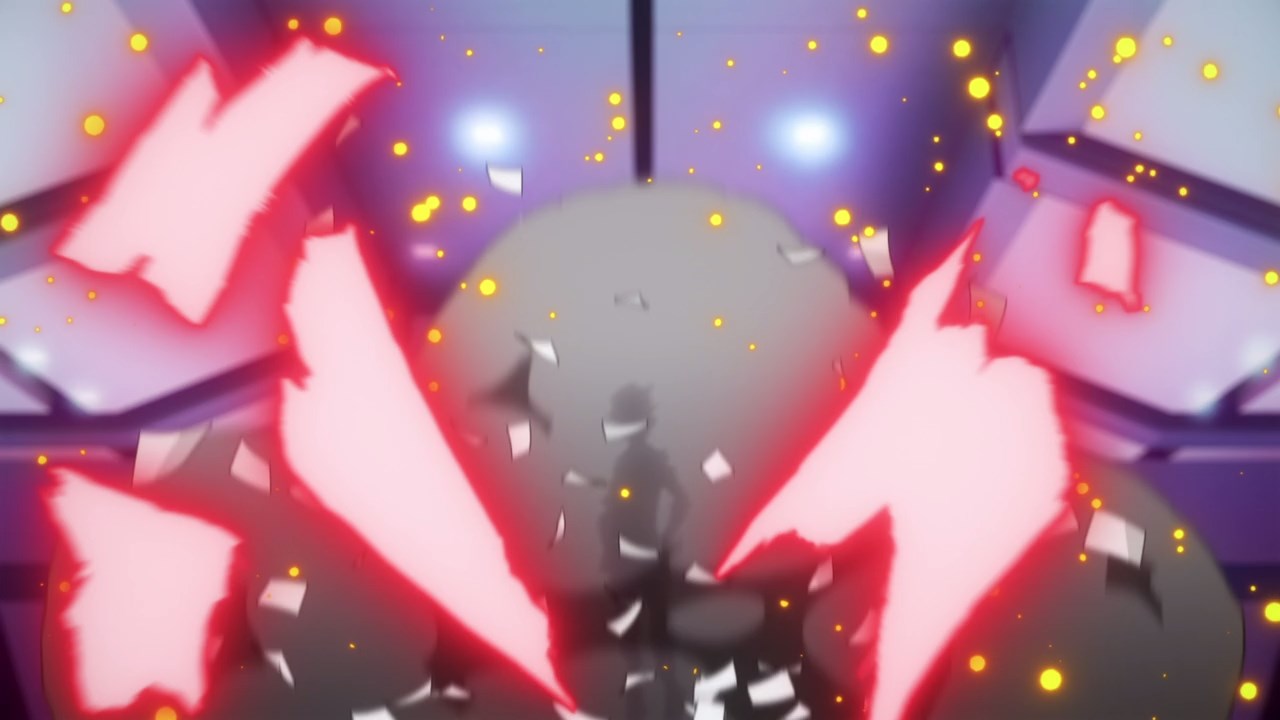 In any case, looks like Scavenger’s Iron Maiden attack didn’t work against Accelerator as he used his vector-manipulating powers to protect himself from the extremely-high heat. And now, it’s his turn to play… 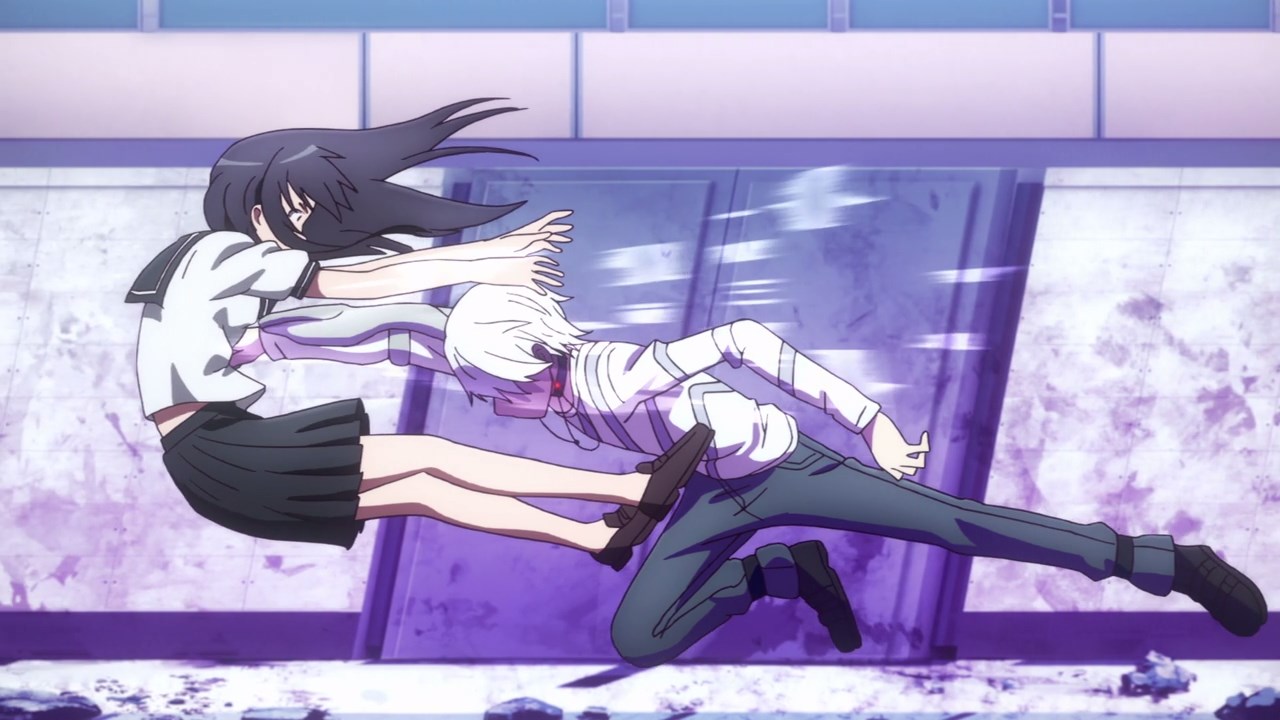 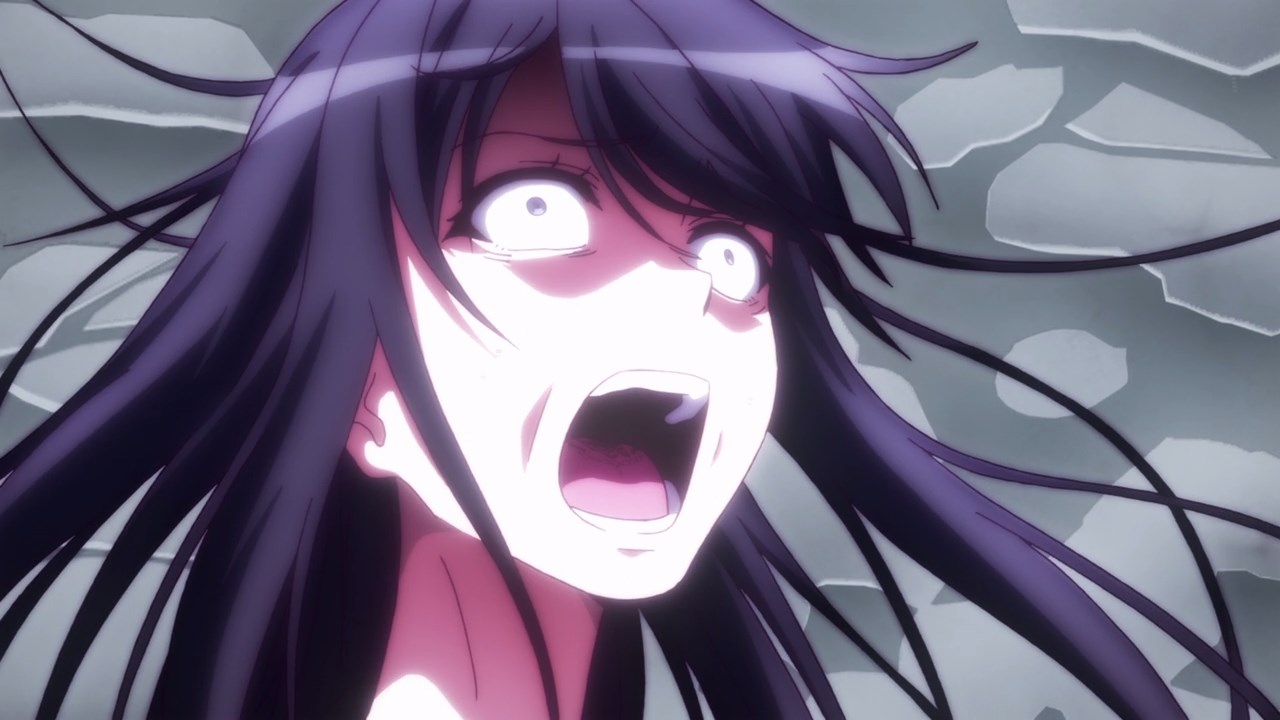 Starting with Seike as Accelerator pushes her to a truck and apply electricity towards her body. Gotta say that Seike can’t stop Accelerator in his tracks. 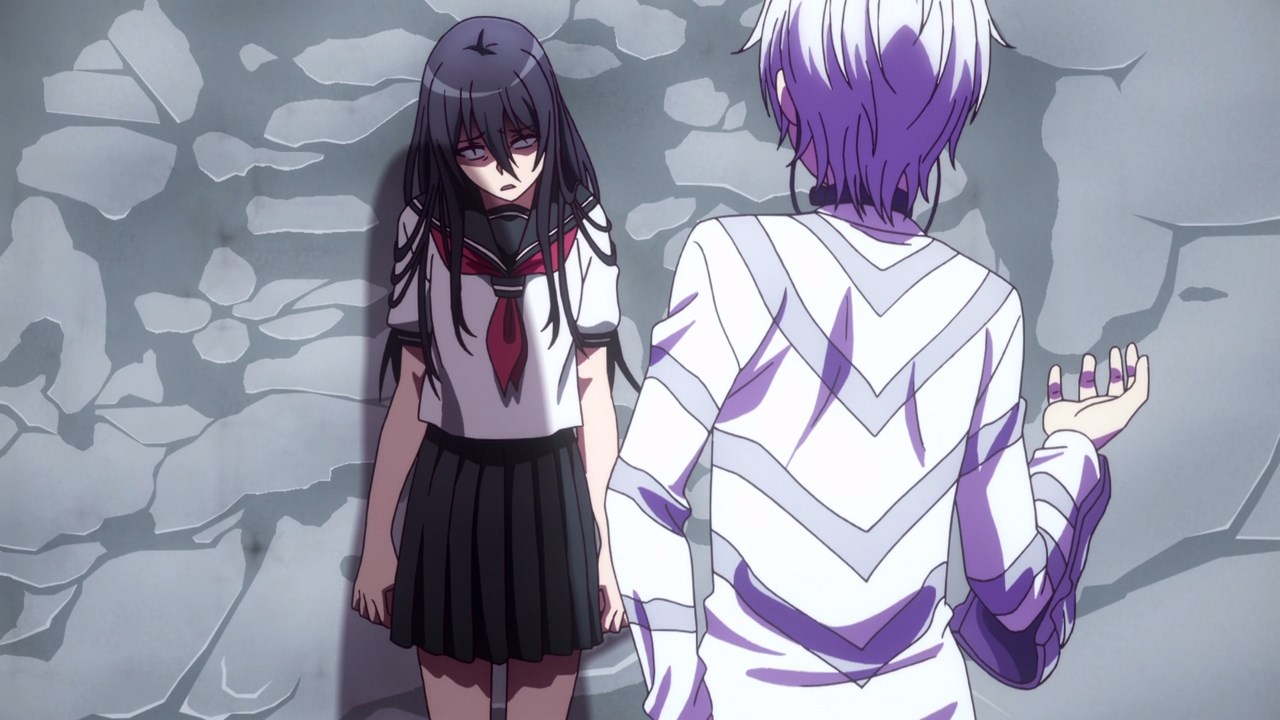 And so, one Scavenger esper down and there’s 3 more to go. At this point, I think Accelerator has the advantage over these wannabe villains… 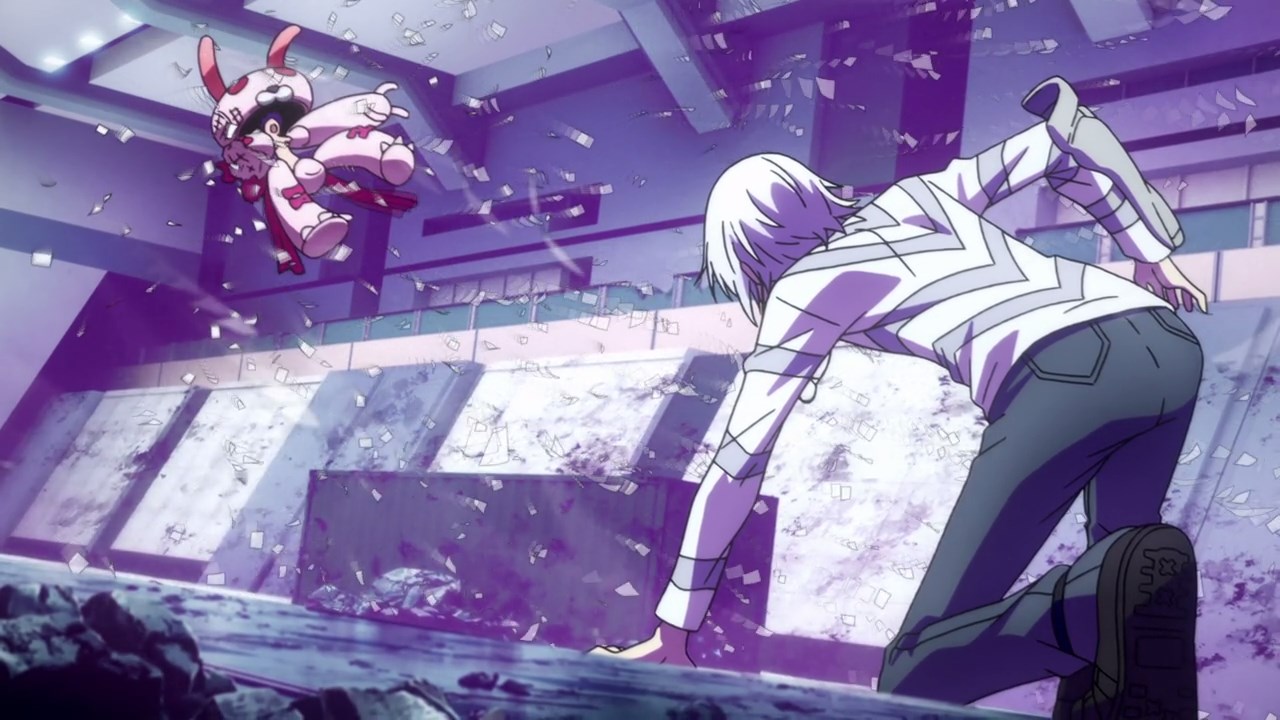 But anyways, let’s move onto Naru where her deadly creations couldn’t defend herself against Accelerator’s vector manipulation.

And as you can see, this scantily-clad esper is finally defeated. But you know what, I think she should have cover herself with more paper. 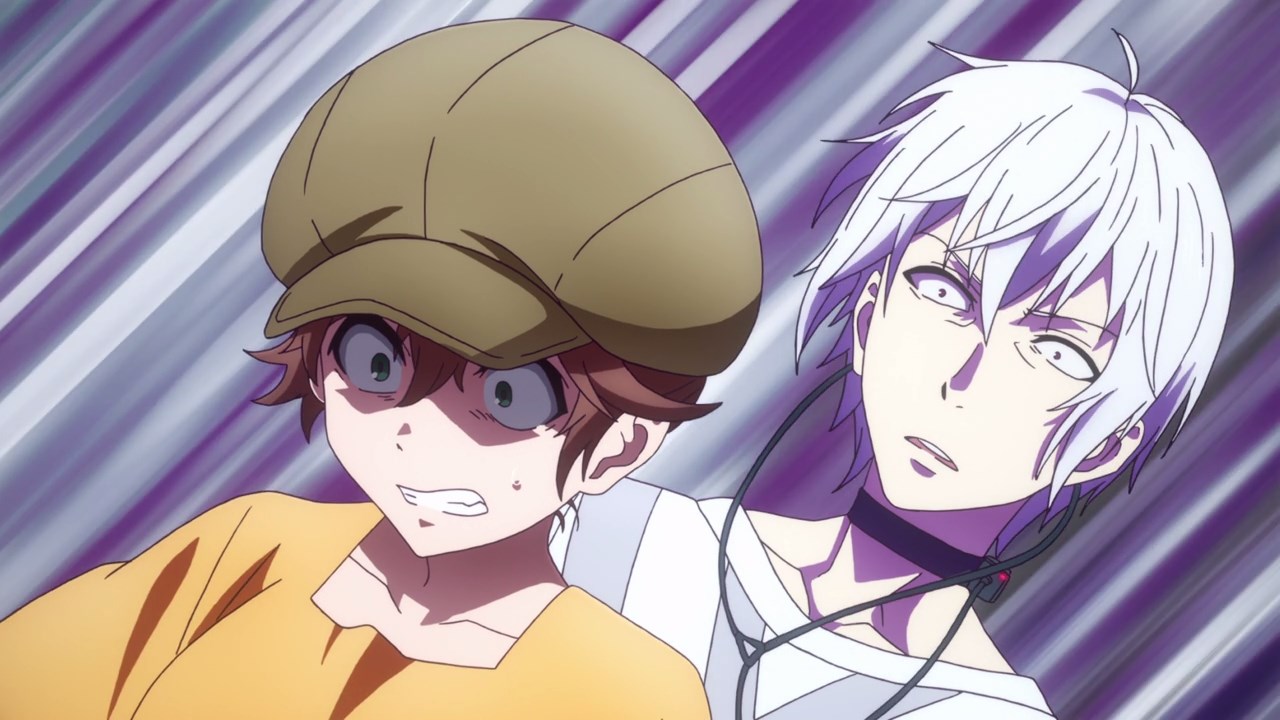 And lastly, Accelerator makes his move against Yakumaru and while that thermite grenade stings him a bit, Accelerator will defeat her in a second. 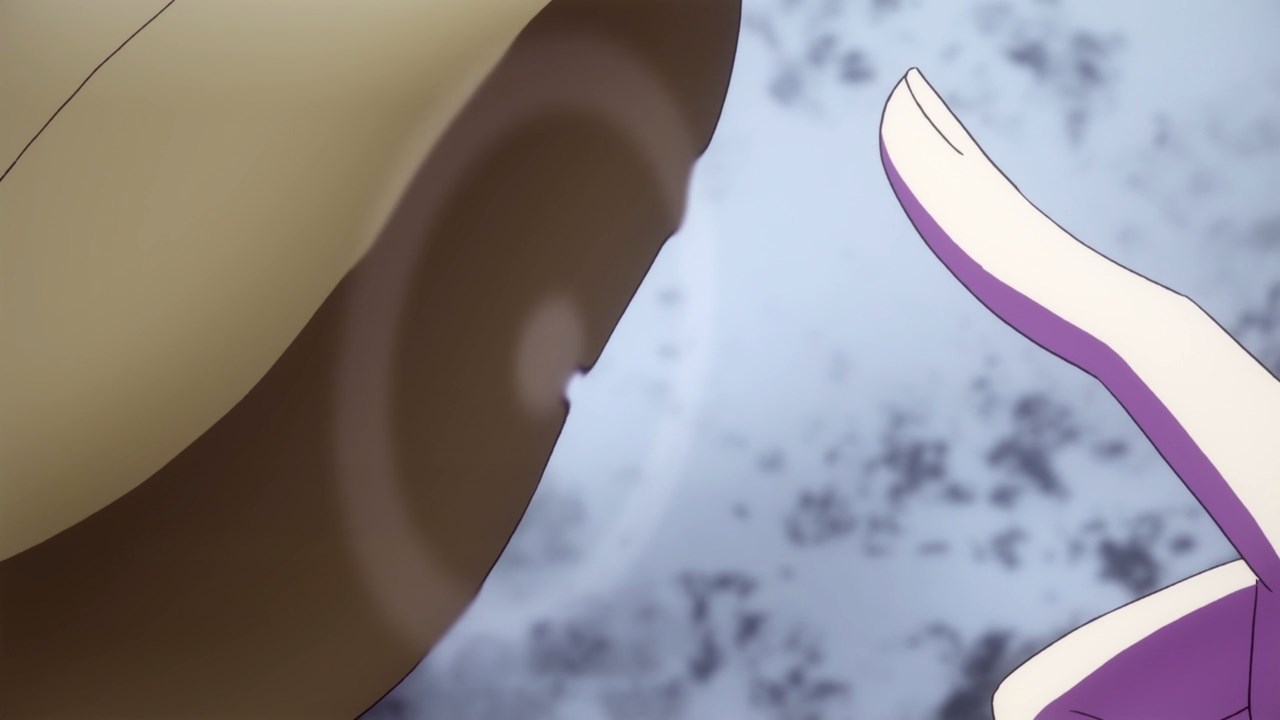 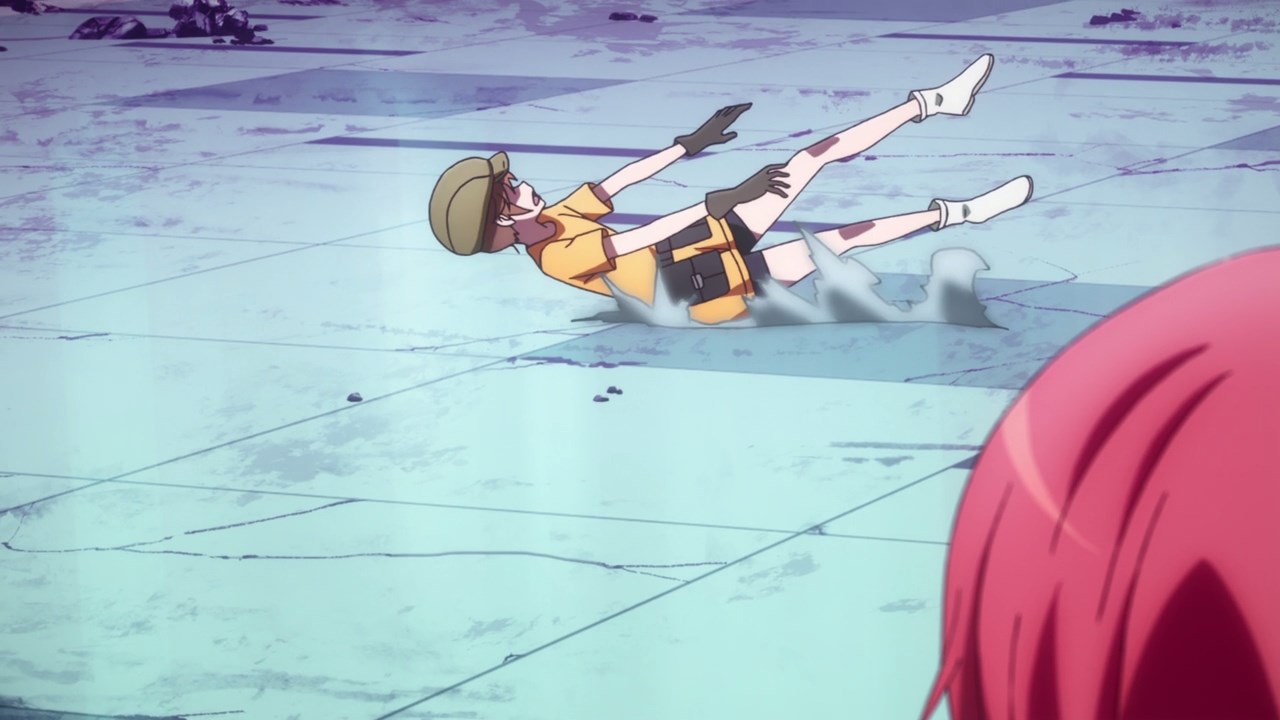 And that’s by flicking Yakumaru’s head which sends her flying to the ground. At least Accelerator didn’t flick her head off ’cause that’ll be gruesome! 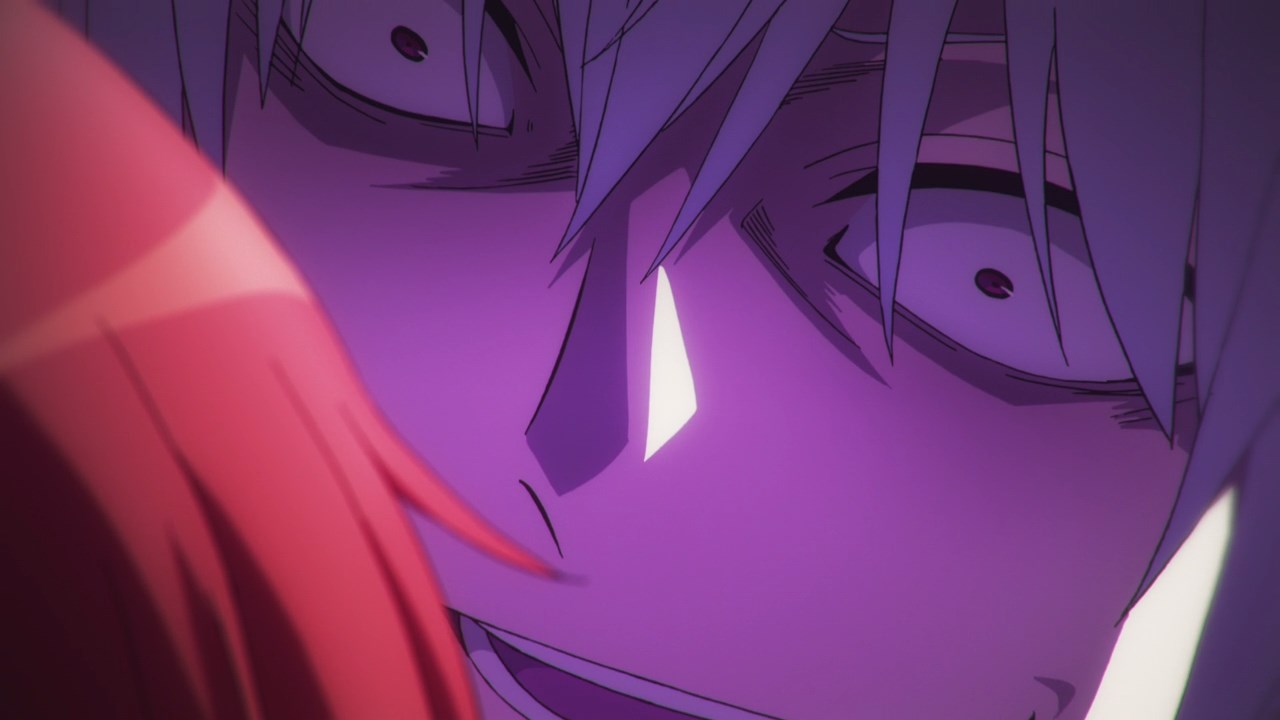 But that leaves Leader as the only survivor of Scavenger as Accelerator asks her on what she’ll do against a Level 5 esper. Then again, it would be better if Leader say her prayers before Accelerator finishes her off! 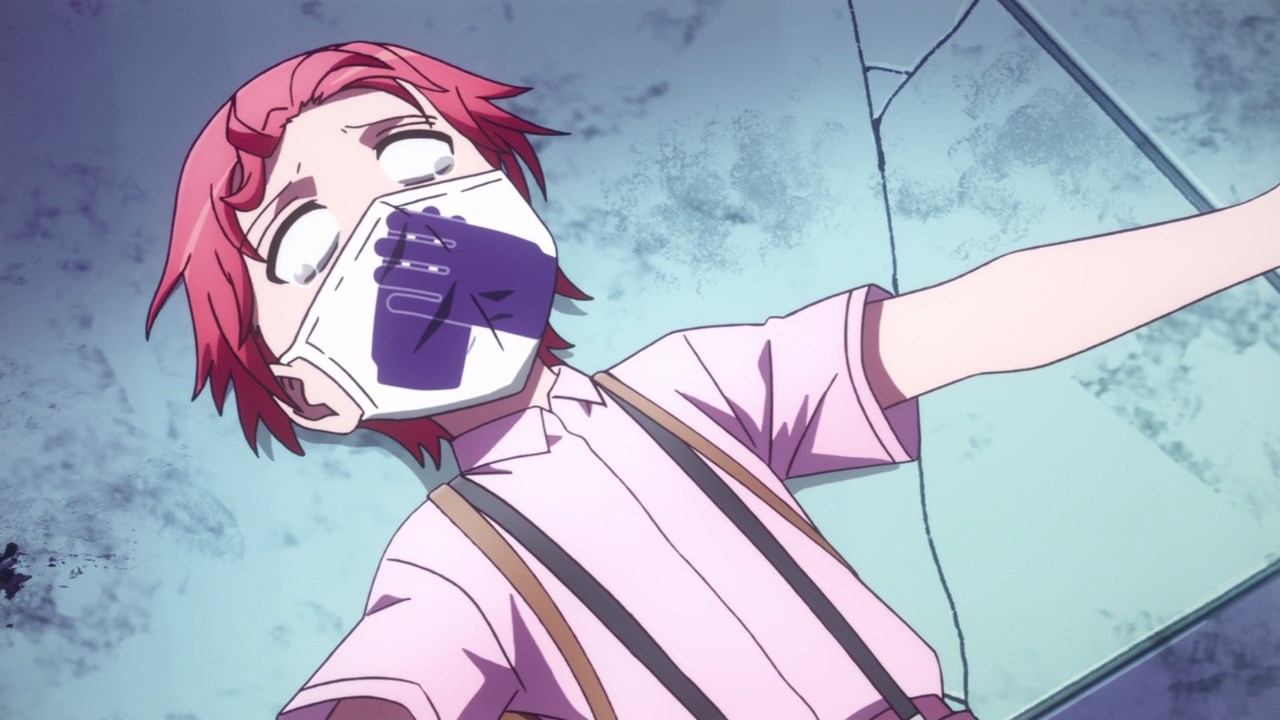 Scratch that, let’s just say that Scavenger are just punching bags for Accelerator ’cause they’re fuckin’ weak compared to a Level 5 esper! Looks like they won’t get any rewards now that they got wrecked! 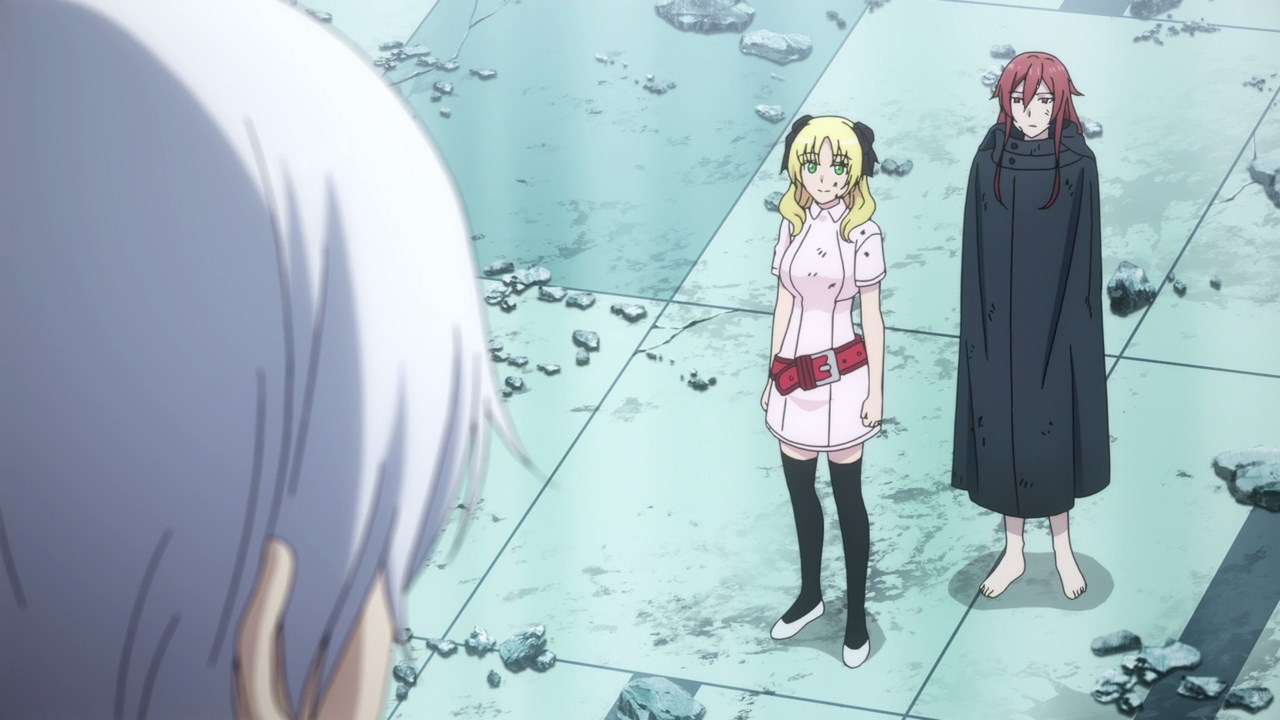 Anyways, looks like both Disciplinary Action and Scavenger are defeated, althought the former has some pockets of resistance in other parts of Academy City. 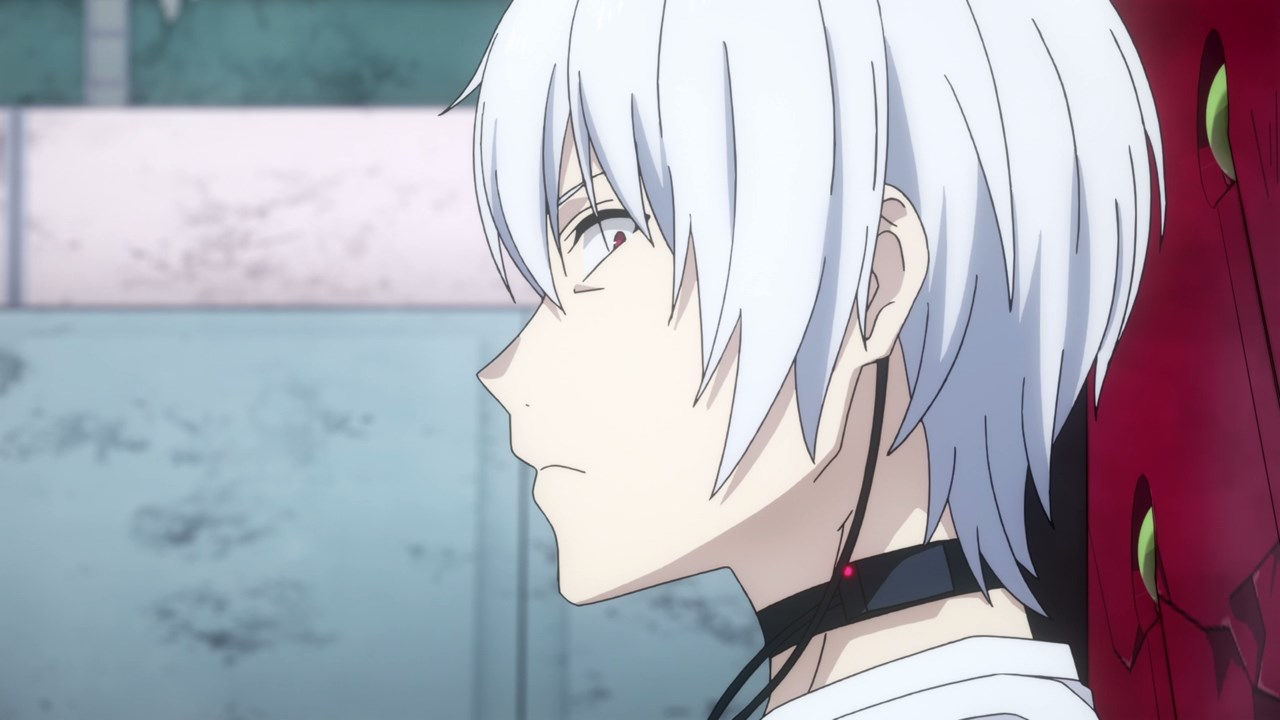 As for Accelerator, looks like he’ll be scolded by Last Order again as he went outside during curfew hours, not to mention that he’s still recovering from his headshot wound. 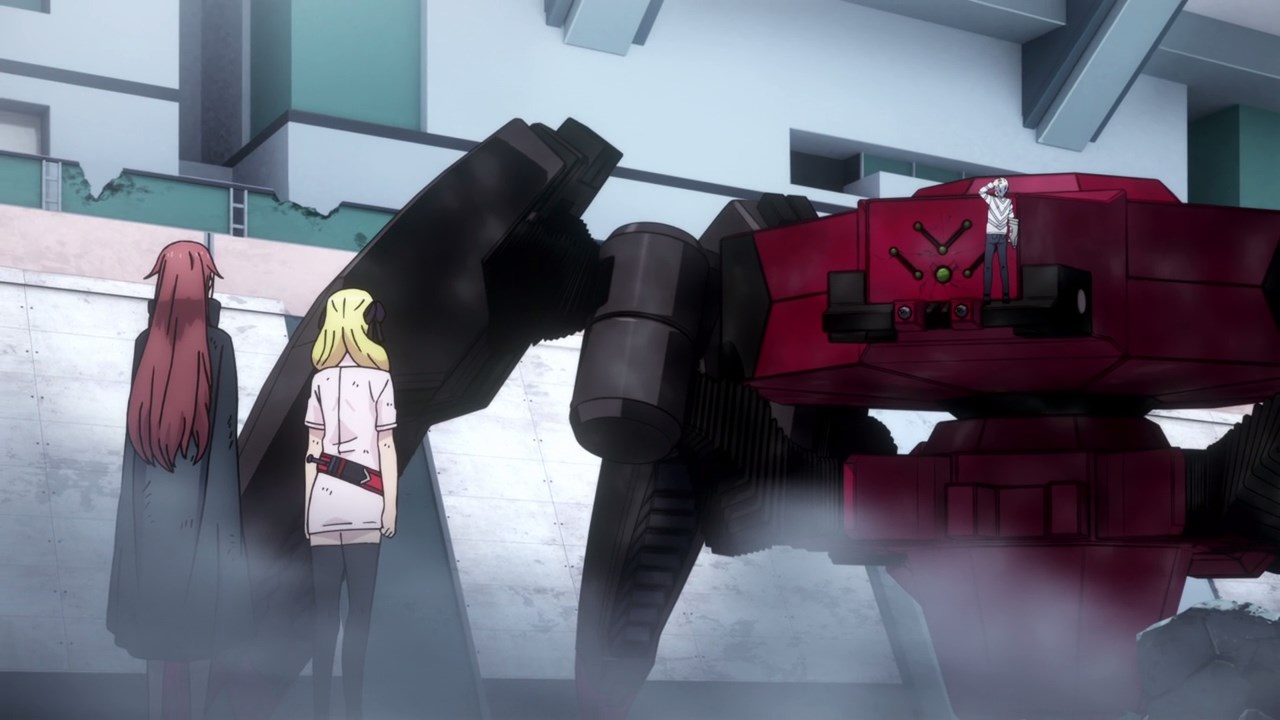 With that said, looks like I’m done with this episode as I’ll see you next time!

Let’s hope that there’s nothing deadly that’ll ruin Accelerator’s day, but you know that you want more action from the Level 5 esper himself!