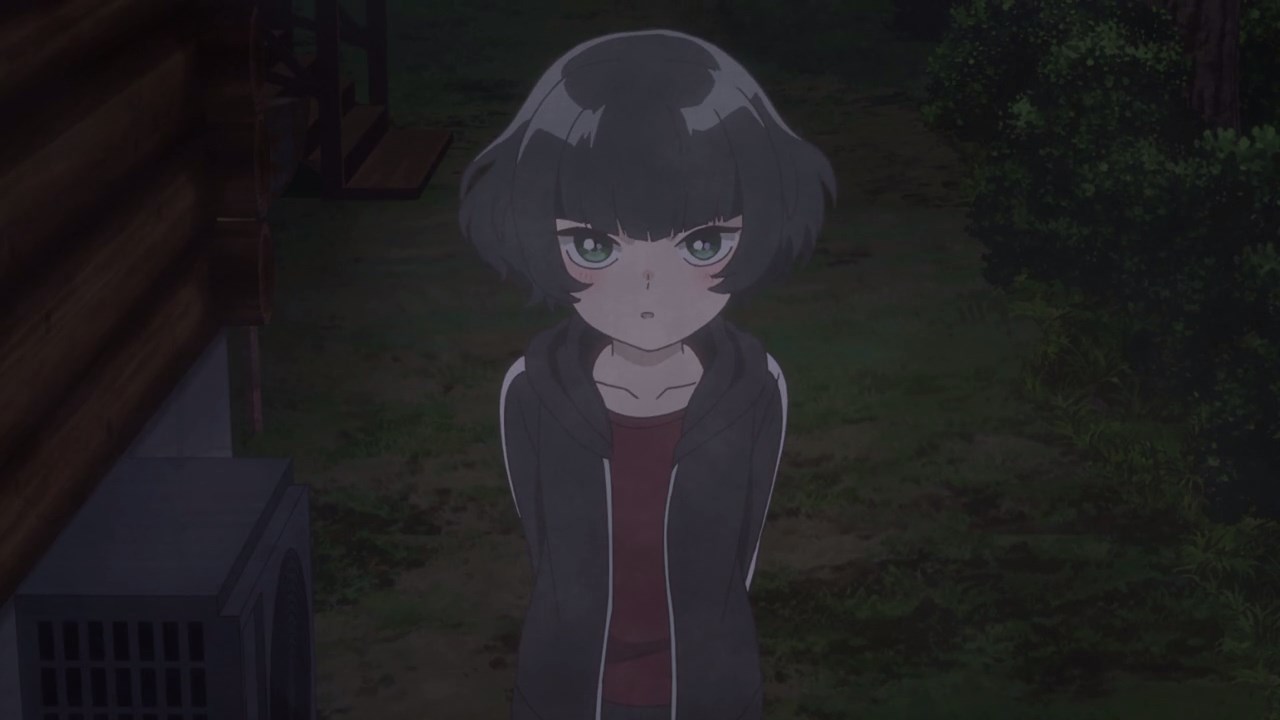 Oh look, it’s Hitoha Hongou where she wants to go to Tomoaki Yamagishi’s room and wrestle her. Oh, and not the brutal kind ’cause she wants to get into Yamagishi-sensei’s pants! 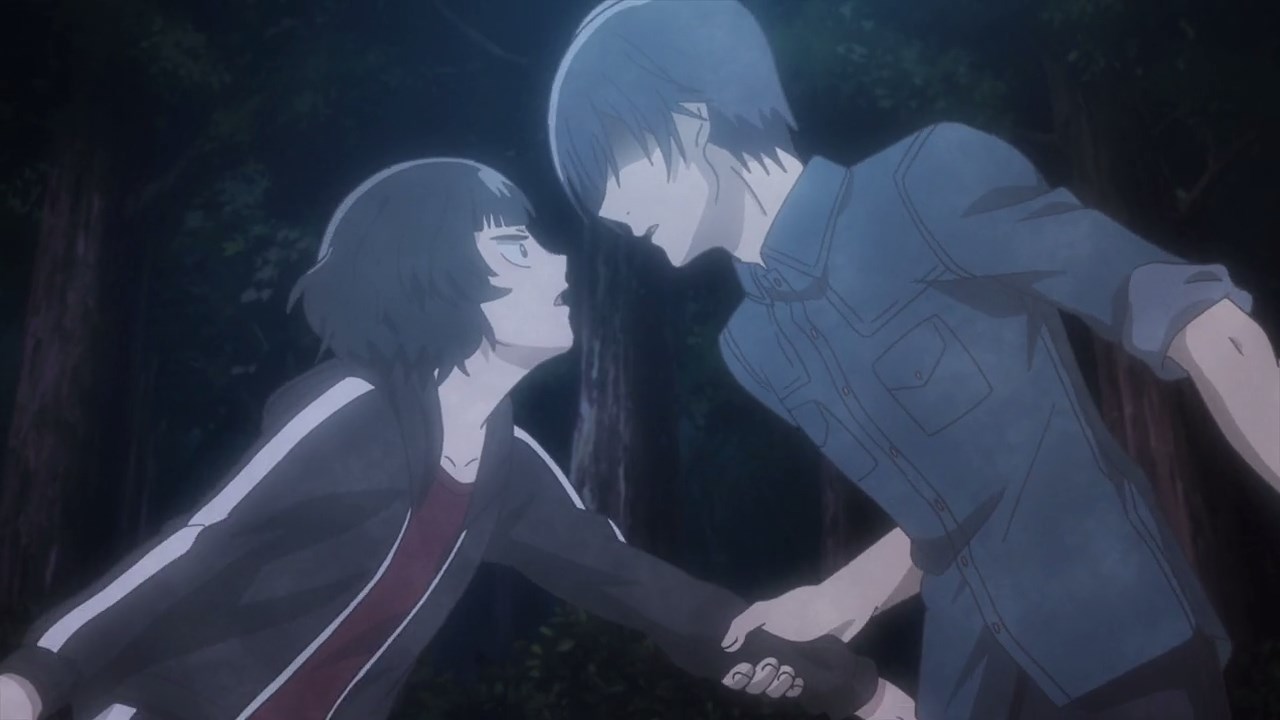 But you know what, if Hongou wants to do it, Yamagishi-sensei will gladly take her to his room! Wow, he’s getting aggressive huh? 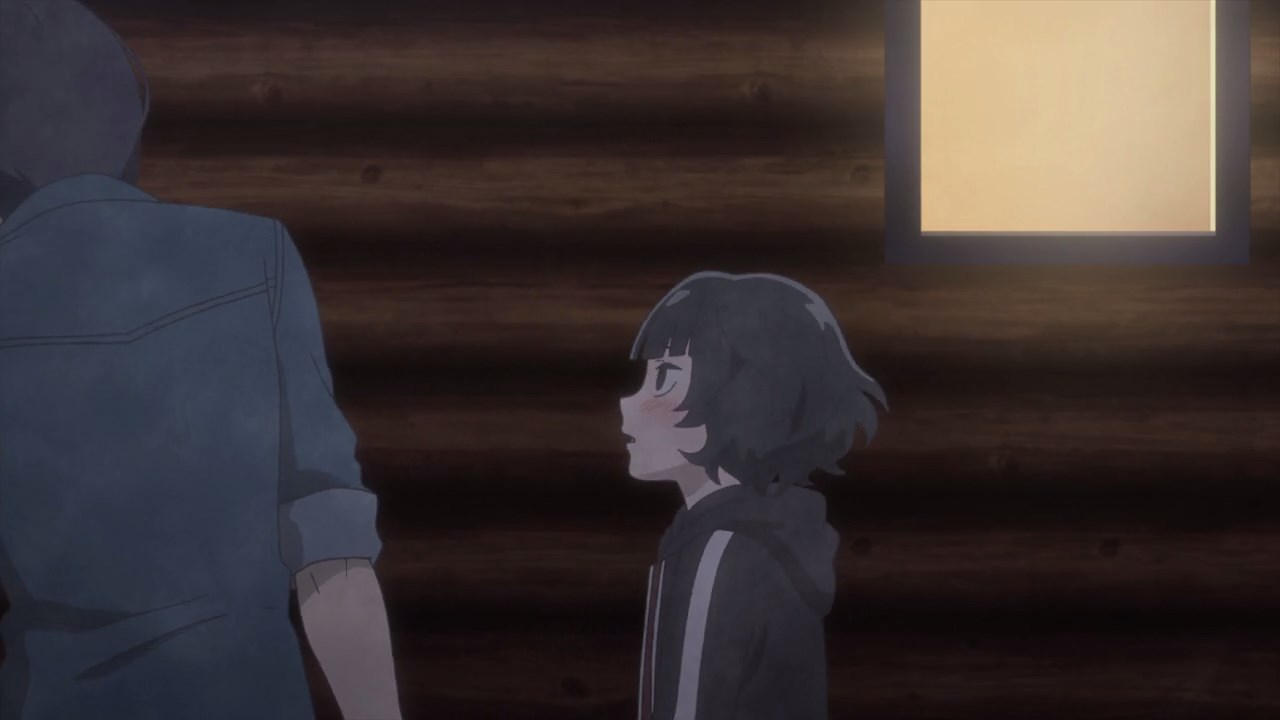 Then again, Tomoaki Yamagishi has some restraint as he doesn’t want to have sex with a high school student. Heck, he didn’t kiss Hitoha because she’s trembling!

Anyways, I think Hitoha Hongou is not yet ready to have an illicit relationship with an adult. 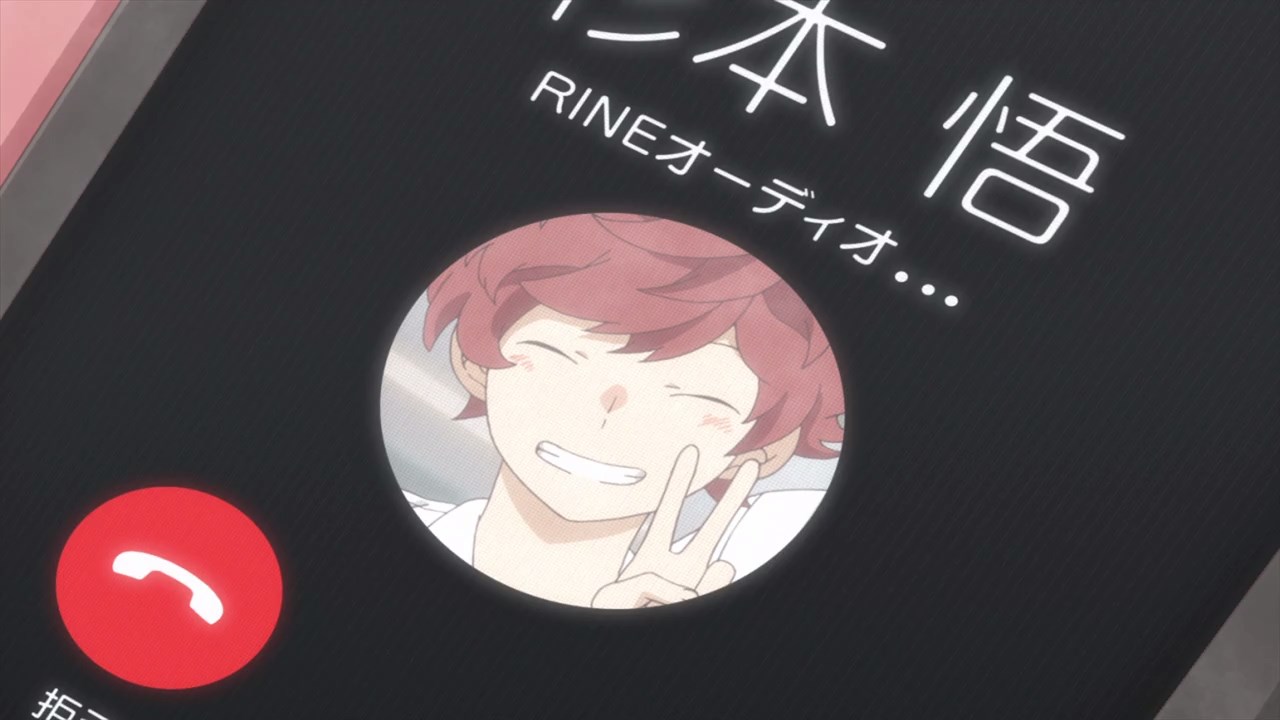 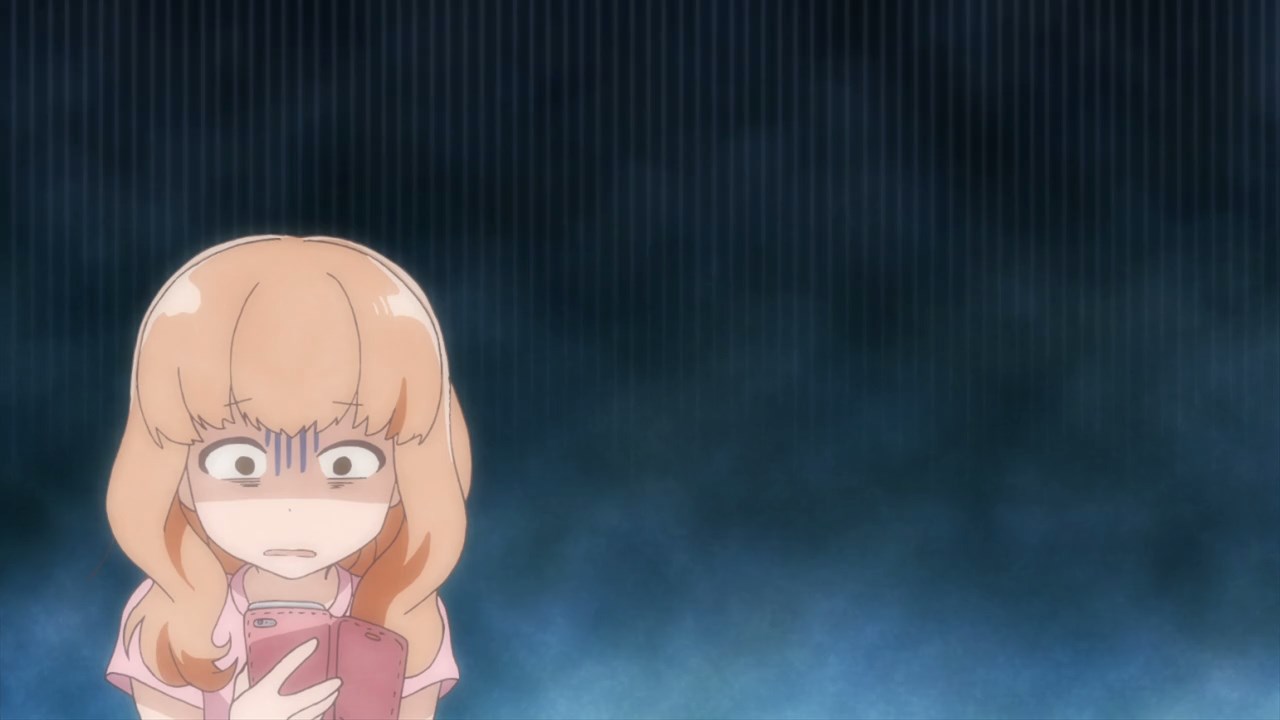 Meanwhile, let’s move onto other girls like Momoko Sudou for example, where she’s hesitant to pick up a phone call from Satoshi Sugimoto.

Sure that Momoko is dating Satoshi-kun, but it appears that she felt annoyed that Sugimoto is calling her all the time. Then again, would it be better if Sudou pick up the call and talk to him briefly. 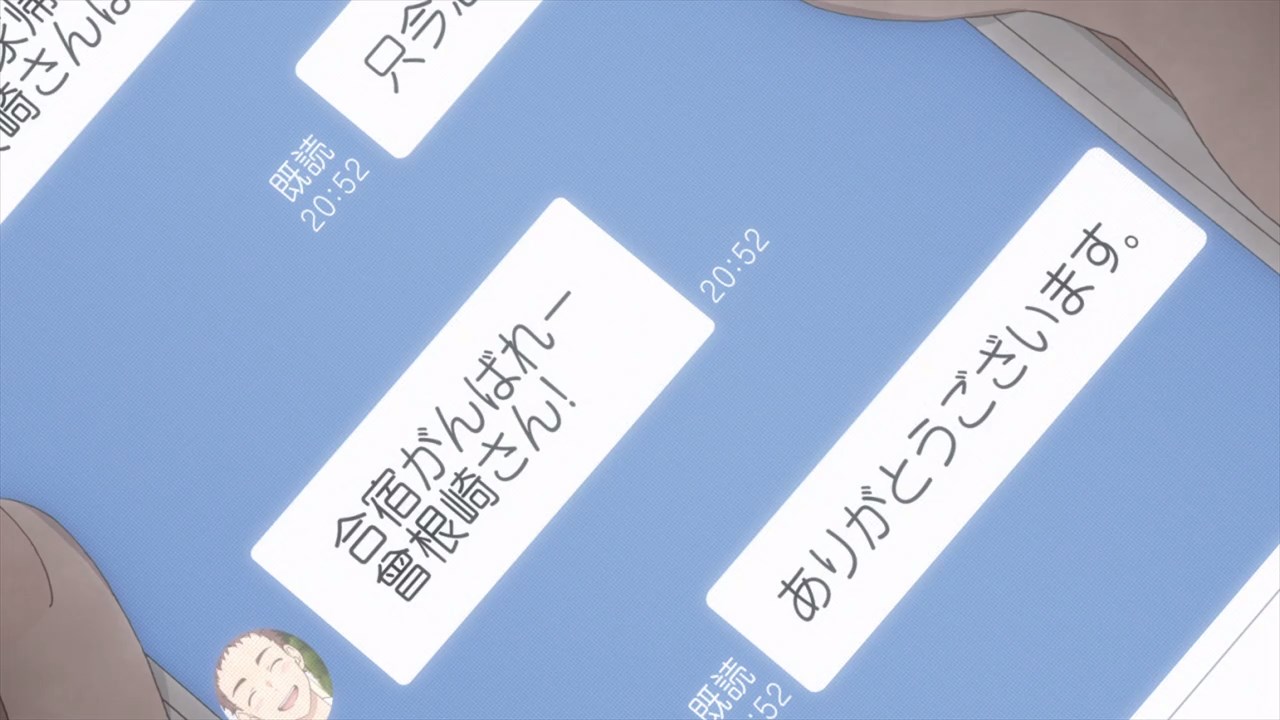 On the other hand, it appears that Rika Sonezaki is somewhat enjoying her time chatting with Shun Amagiri. 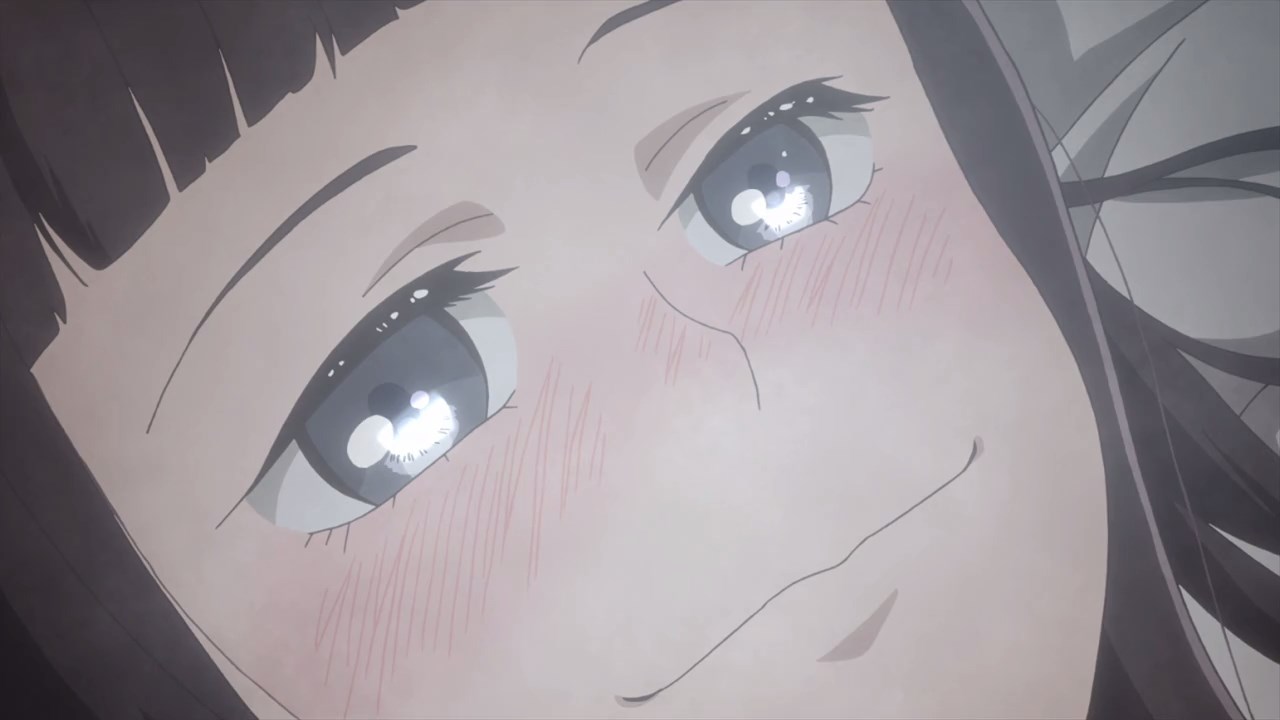 But you know what, it would be nice if she’s her time with her new boyfriend, although it’s important for Sonezaki to remain committed to her club activites. 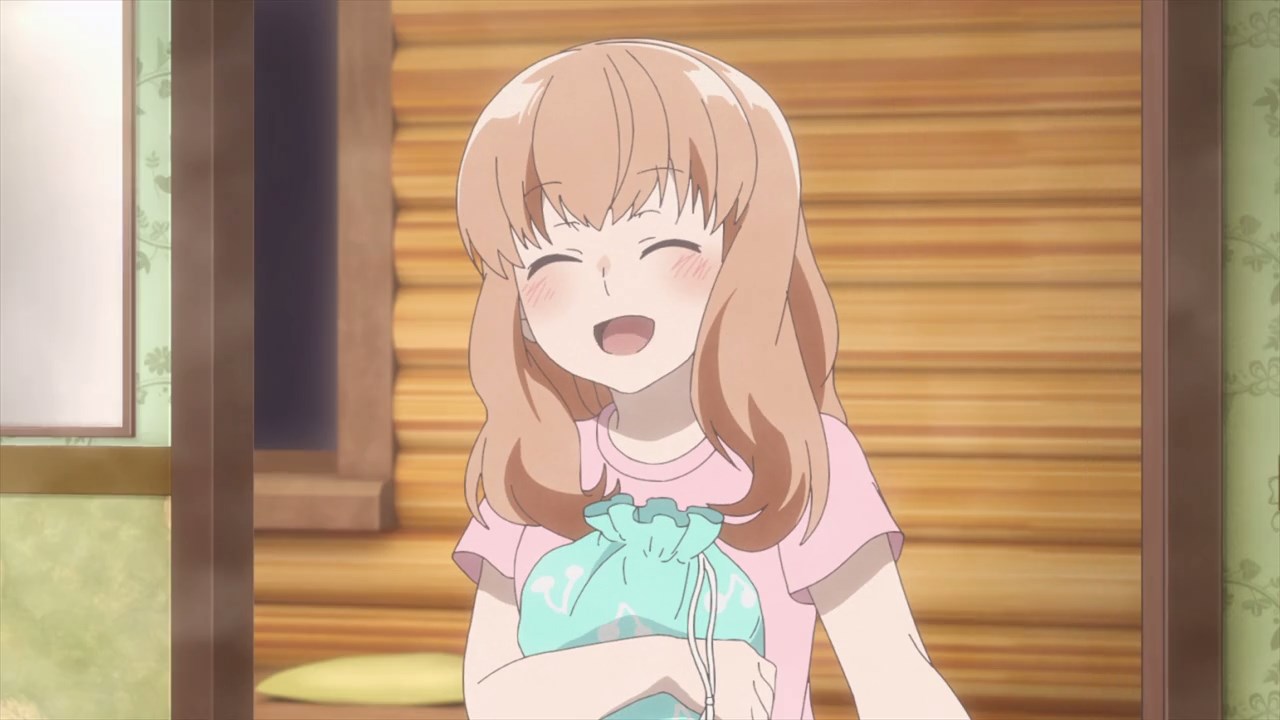 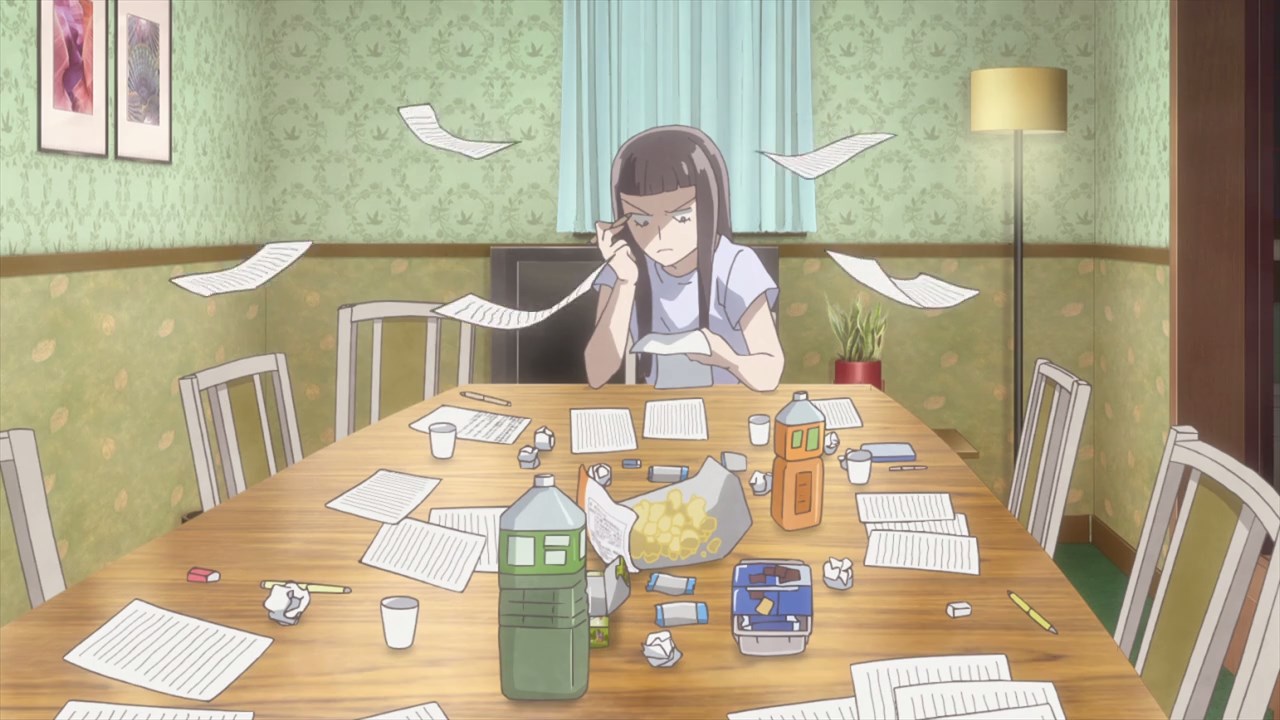 Then again, Rika Sonezaki wants to remain her relationship with Shun Amagiri as a secret until graduation. Hence, Rika went back to the table and pretend that she’s still brainstorming for an urban legend.

Speaking of urban legends, has she finished making one in time for the school festival? 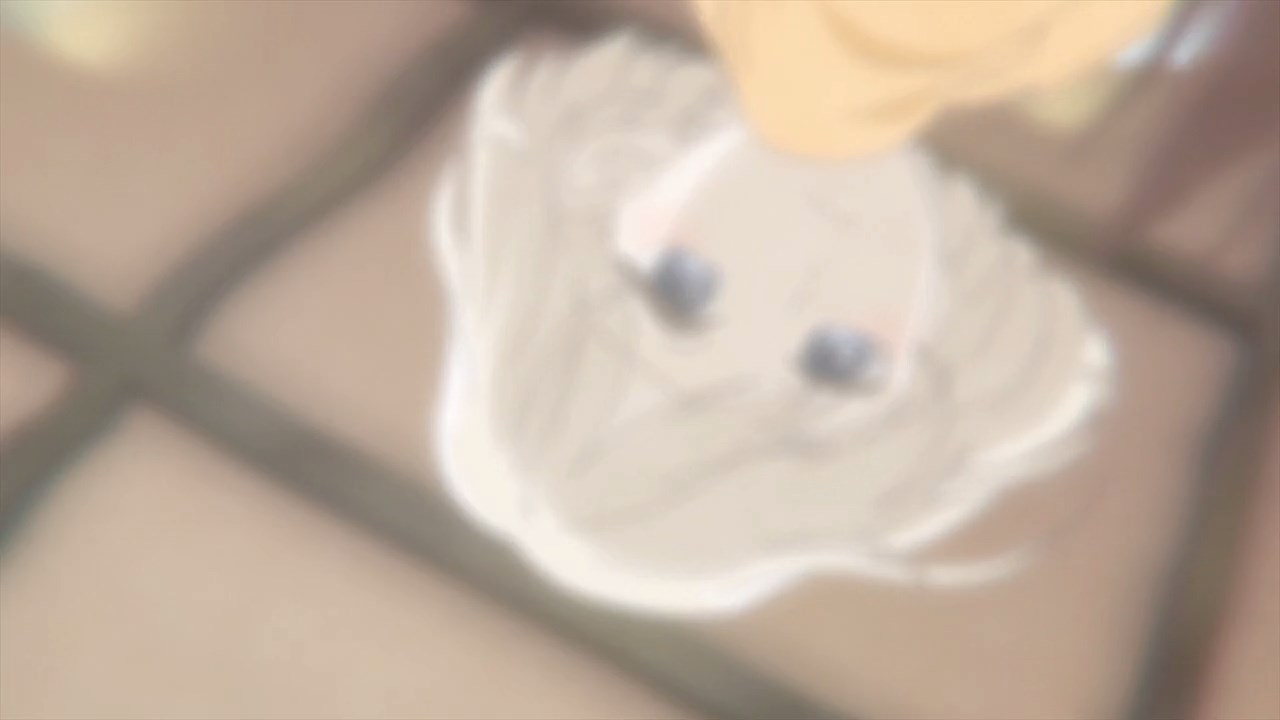 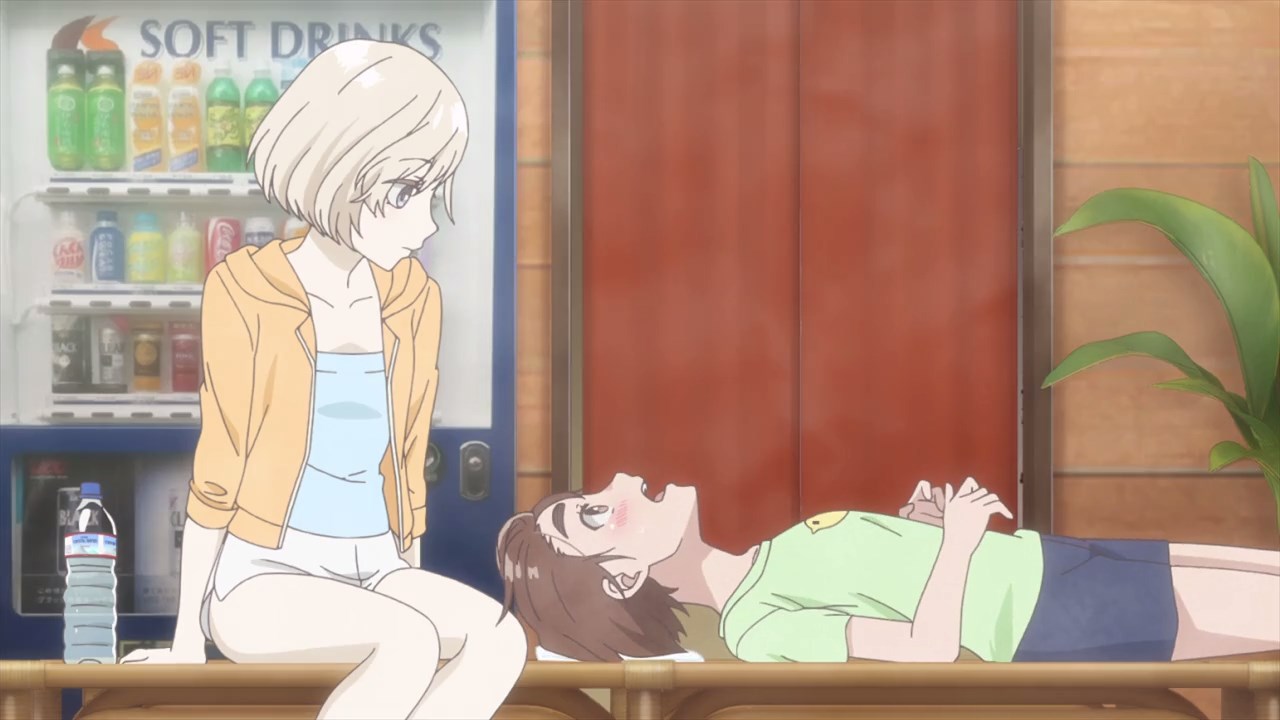 Moving onto Kazusa Onodera where she finally recovered from staying at the hot tub for longer periods as Niina Sugawara carried her to a bench, put some clothes on, and let her rest until Kazusa is no longer feeling dizzy.

While it’s nice that Niina Sugawara helped her friend, Kazusa Onodera felt that she’s inferior to Sugawara as she has stunning looks compared to her. 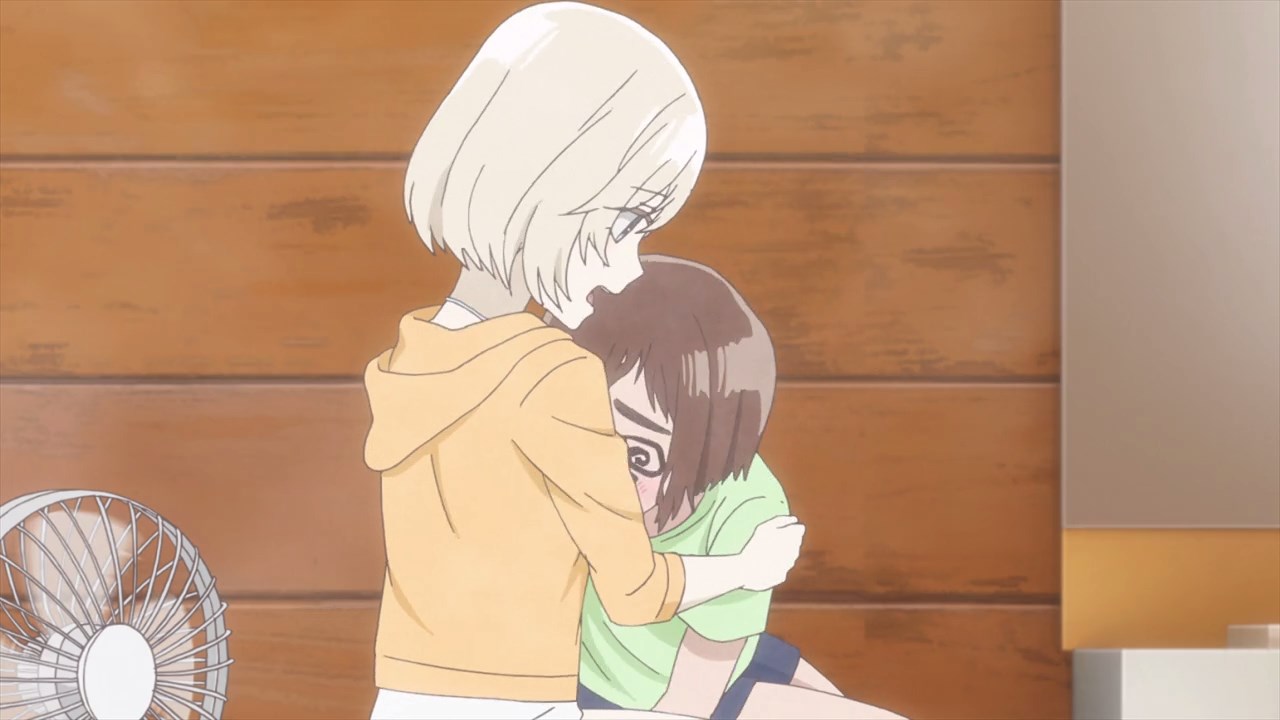 On second thought, I think Kazusa shouldn’t get discouraged just because she’s not that pretty compared to Niina. On the other hand though, I think she’s still dizzy so it’s time for Sugawara to carry Onodera to a futon and let her sleep.

Anyways, their training camp at Tomoaki Yamagishi’s family-run inn is finally over. Not sure what they came up with for the upcoming school festival though. 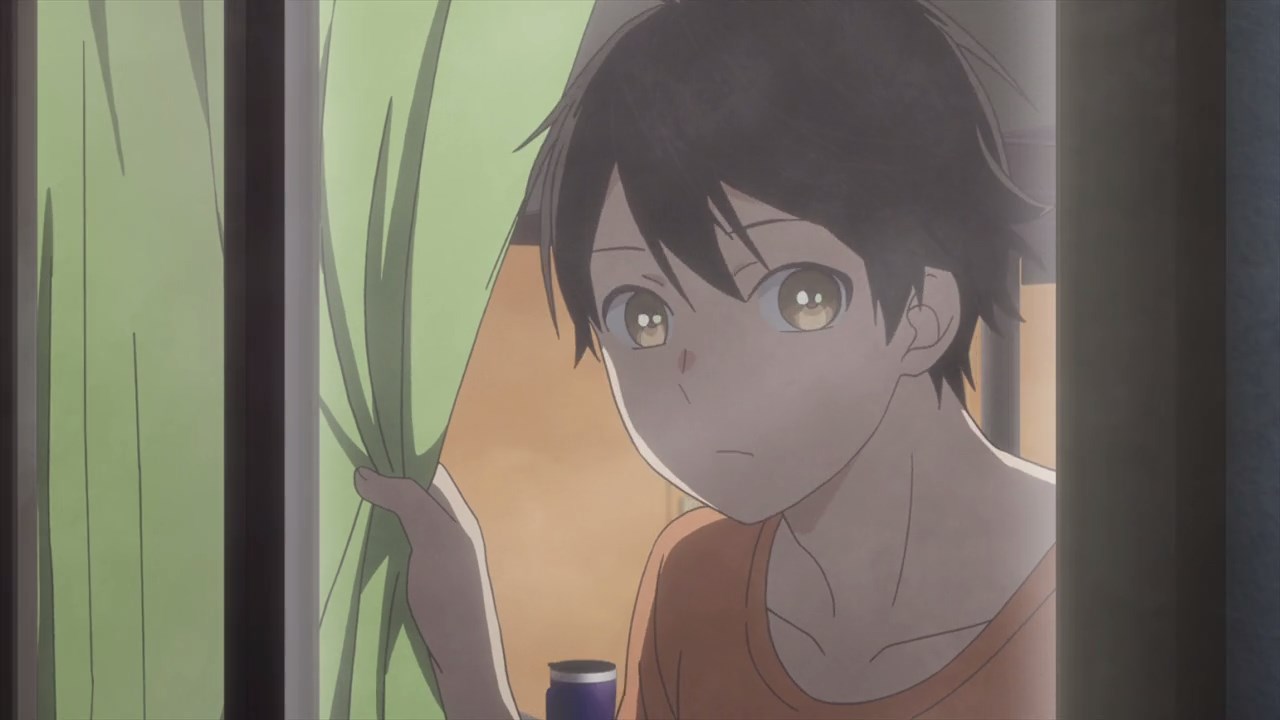 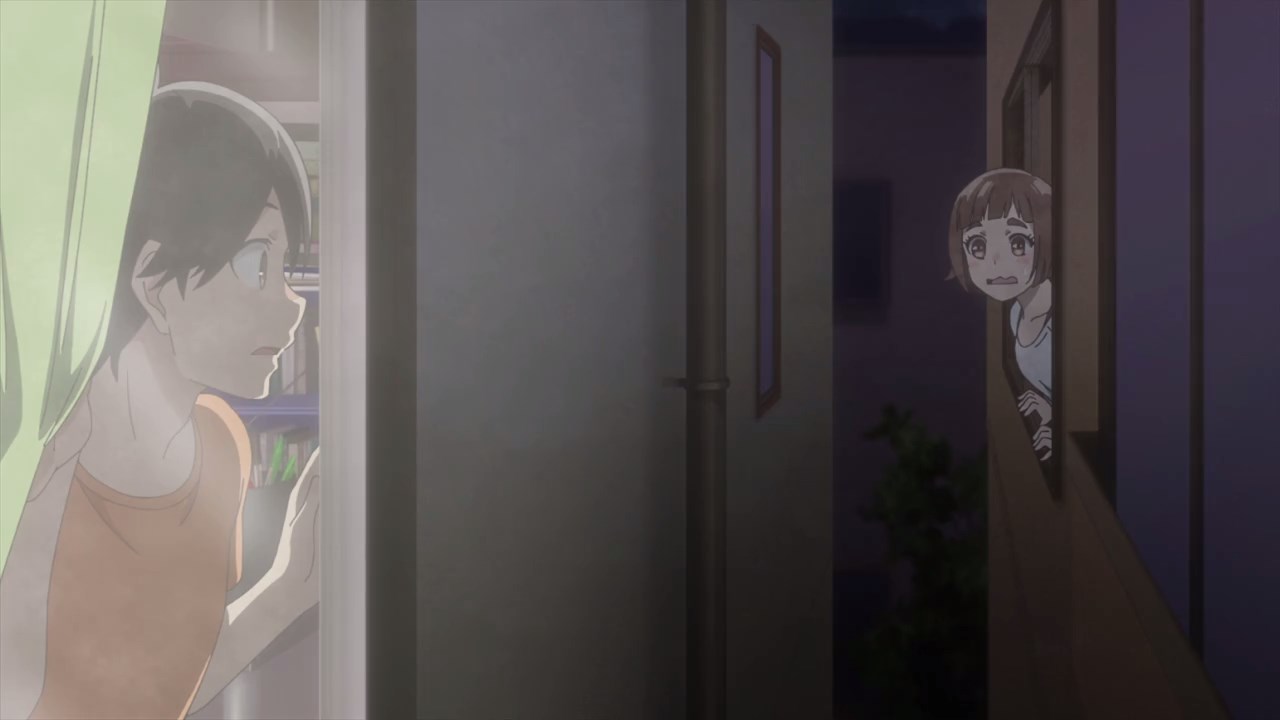 Now then, here’s Izumi Norimoto where he saw his childhood friend at the window. Of course, he and Kazusa Onodera are still awkward towards each other that they can’t have the right timing to take the initiative! 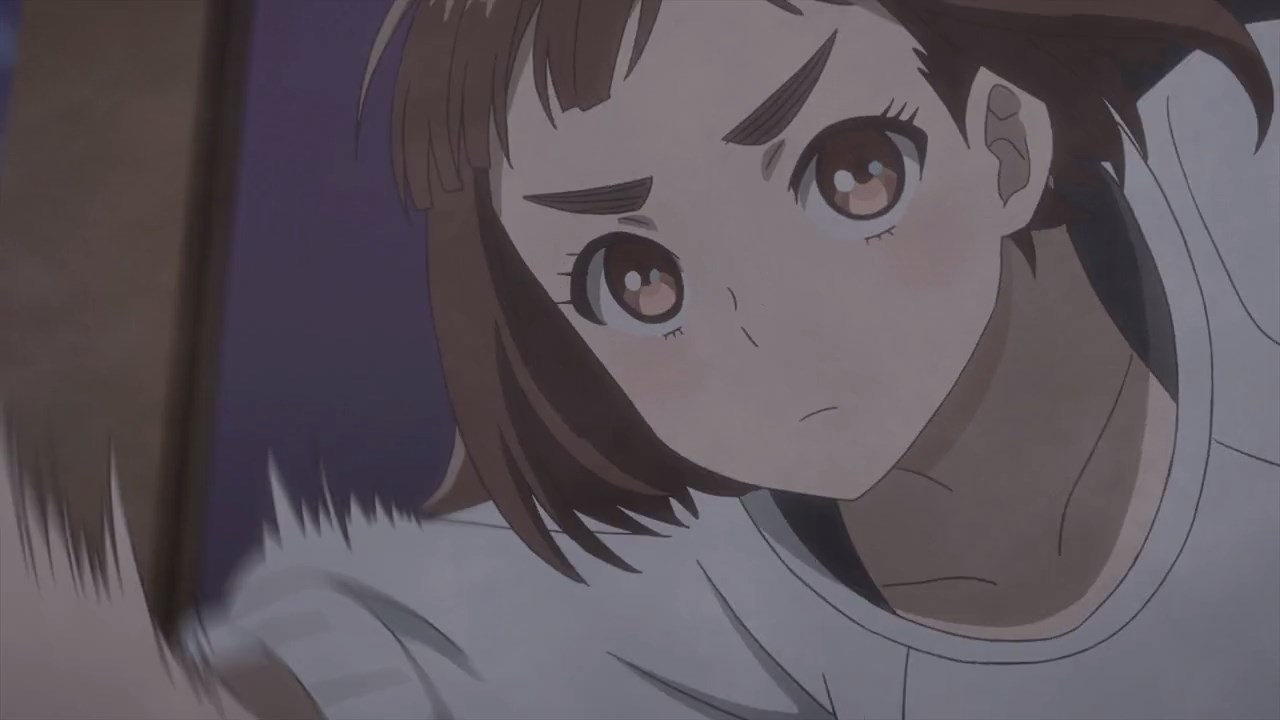 But you know what, I think it’s time for Kazusa Onodera to take the initiative instead of being hesitant all the time as she gave something to Izumi Norimoto… 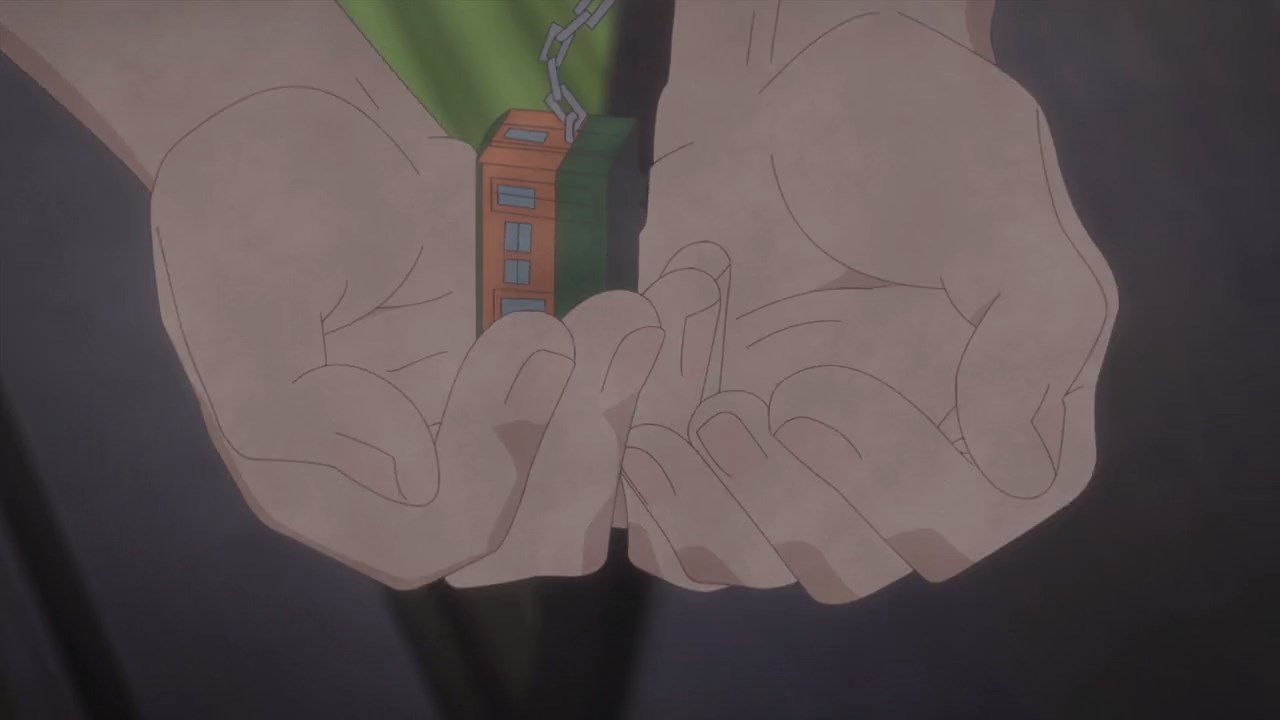 It’s a train-shaped keychain from the Shiranagi train line where Kazusa got it as a souvenir. C’mon, Izumi loves trains after all so it’s a perfect gift after a training camp. 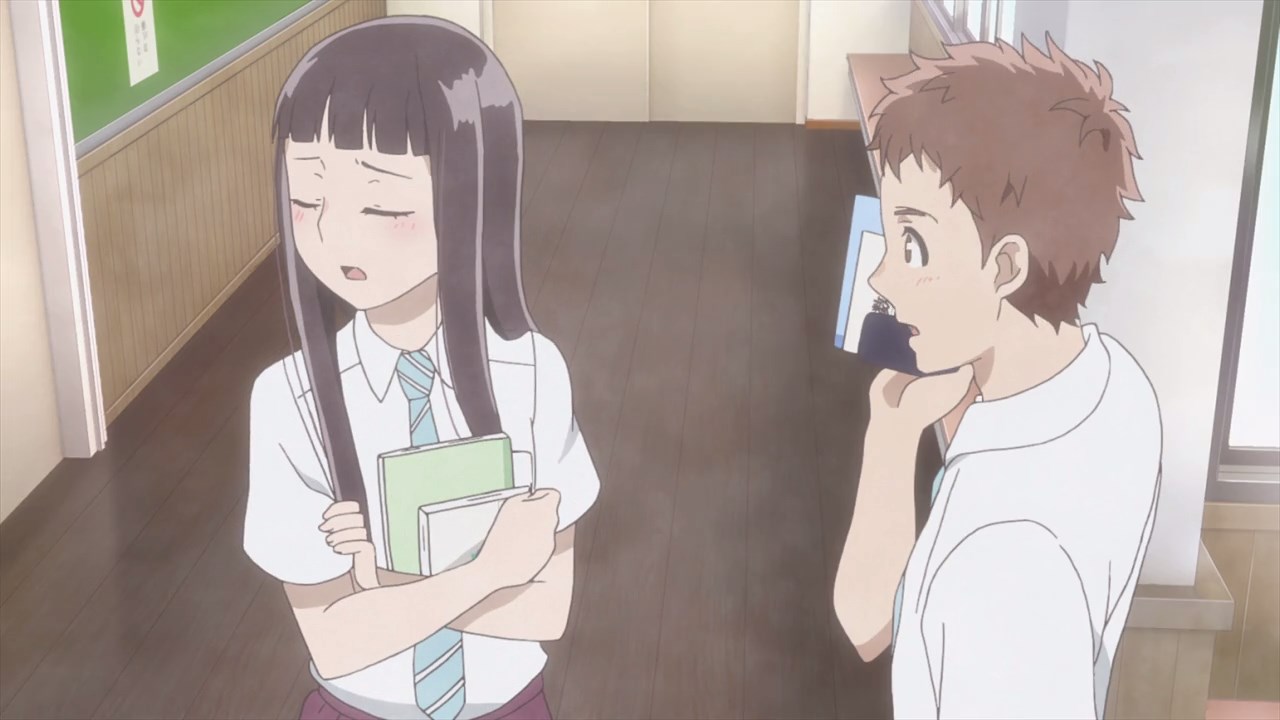 And now, it’s time for Tojo High School’s annual school festival and everyone is busy preparing for stalls and presentations from various clubs. 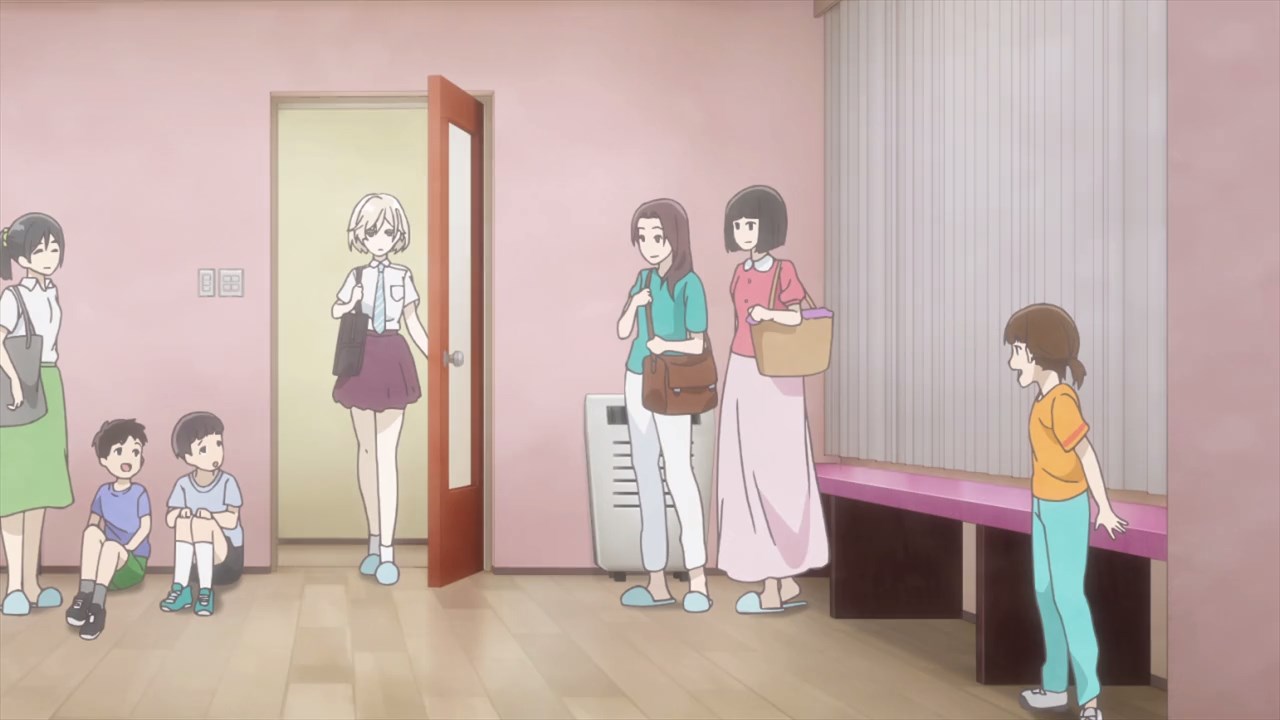 And lastly, let’s end this episode with Niina Sugawara visiting the Soyokaze Drama Troupe as she wants to see her teacher/director. 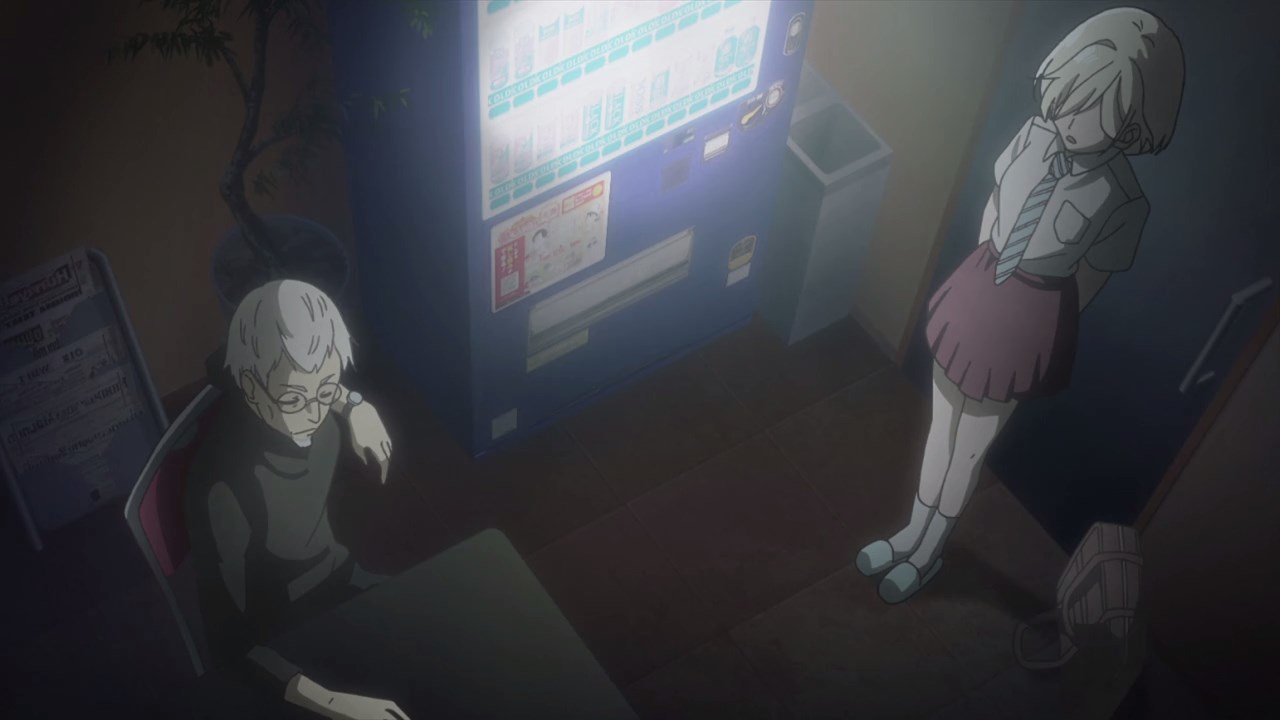 Anyways, Sugawara told Director Hisashi Saegusa about her friend who fell in love with a boy.

Said boy happened to be Izumi Norimoto in which Niina Sugawara brought him previously upon meeting up with Director Saegusa. 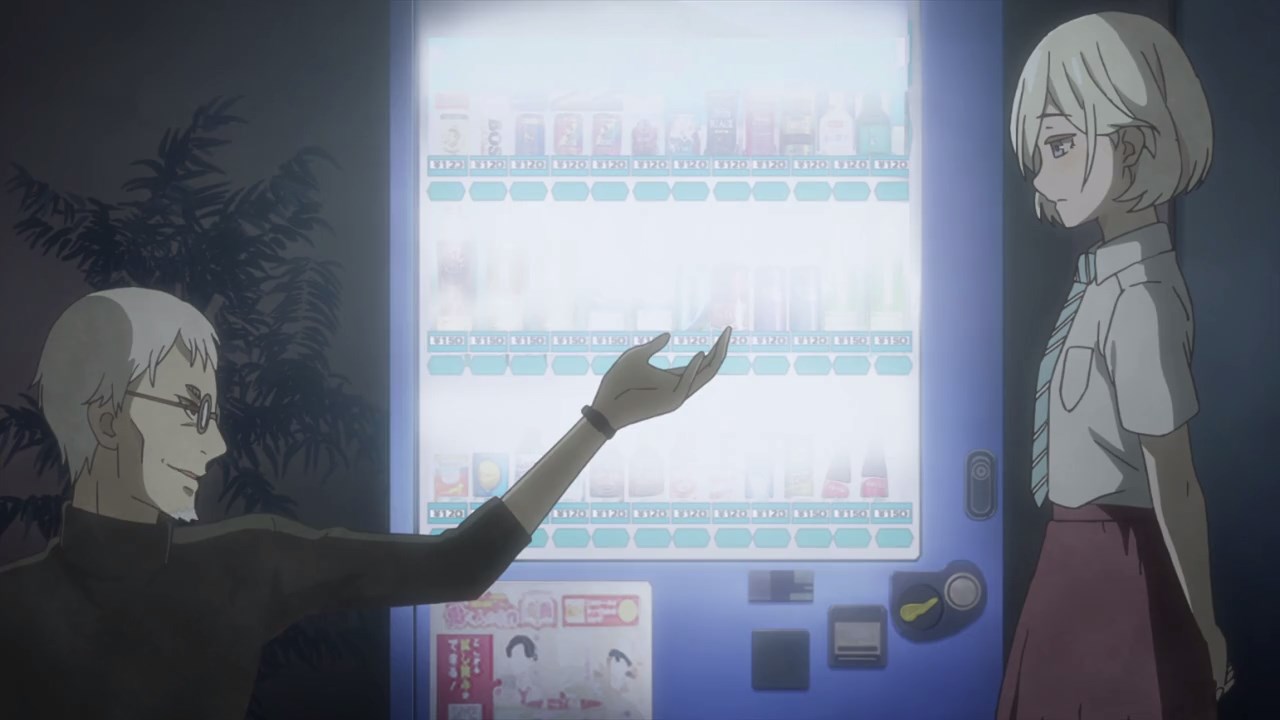 Of course, Director Saegusa encourage Sugawara to steal Norimoto away from his childhood friend. If not, Saegusa-san is still open to have his way towards Sugawara starting with a kiss, but that’ll make him a criminal if he has sex with Niina.

On the other hand though, I feel that we’re getting a rivalry between Kazusa Onodera and Niina Sugawara, which is bad news because Onodera is at a disadvantage against Sugawara. I mean, let’s not forget that Niina has stunning looks that every man wants a piece of her, but let hope that there won’t see anything worse!

And so, that’s about it for this episode as the girls from the Literature Club are struggling with puberty, all while making preparations for the upcoming school festival.