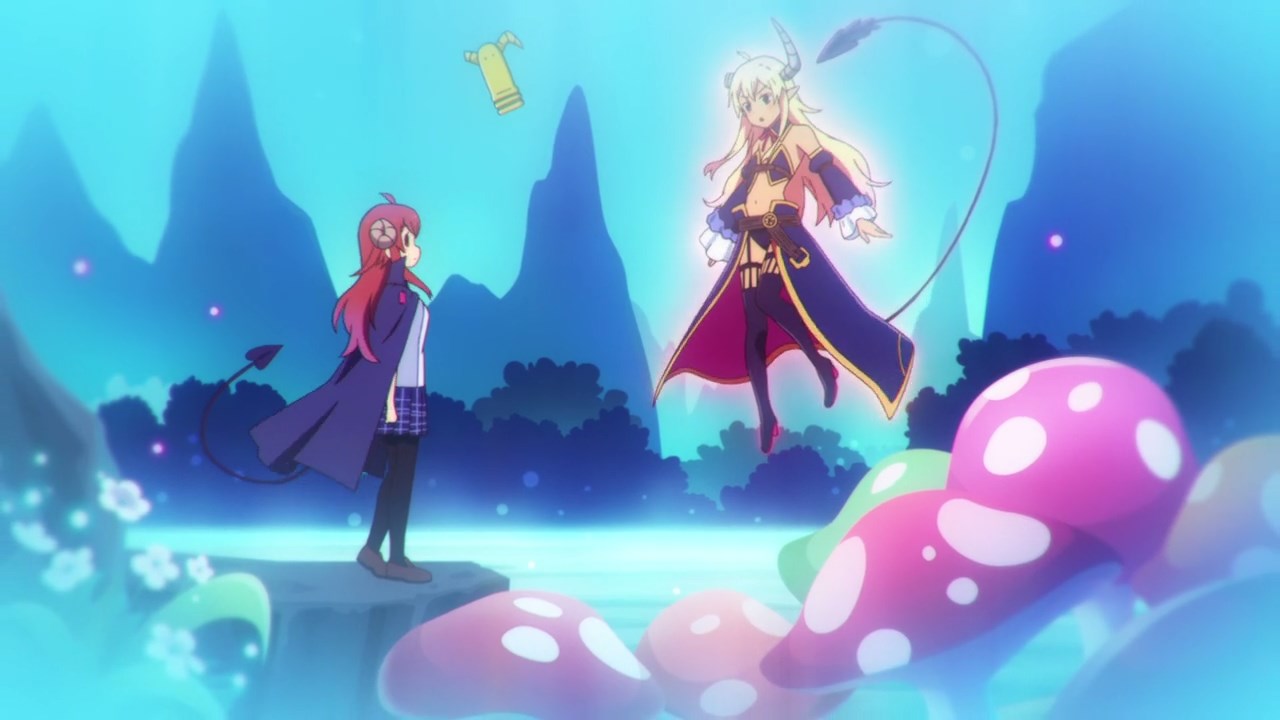 And now, it’s time to tell you an epic story of a demon girl who rises up to reclaim the glory of the Dark Clan! This is the story of Shadow Mistress Yuko! 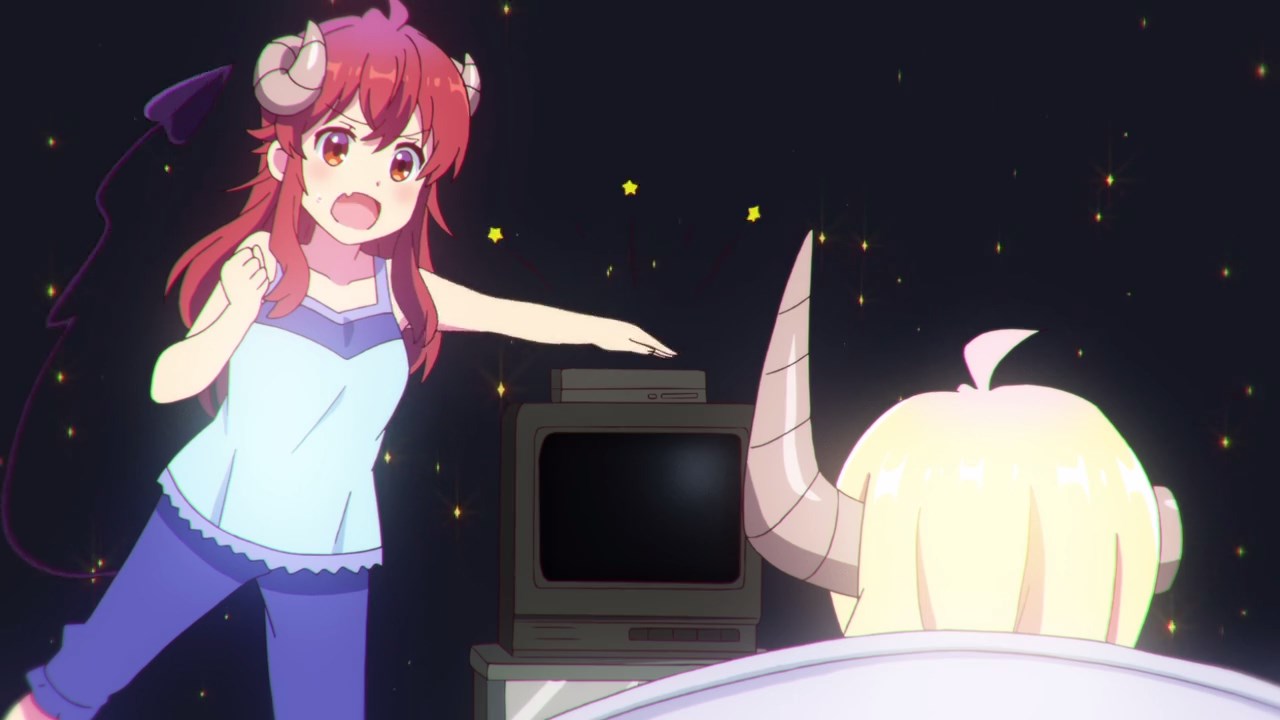 But then again, this is what we got as Lilith made that story up to make Yuko Yoshida as a badass demon, where in truth is that she can’t do amazing feats… except for one time where Shamiko accidentally gave magical girl blood to her ancestor statue. 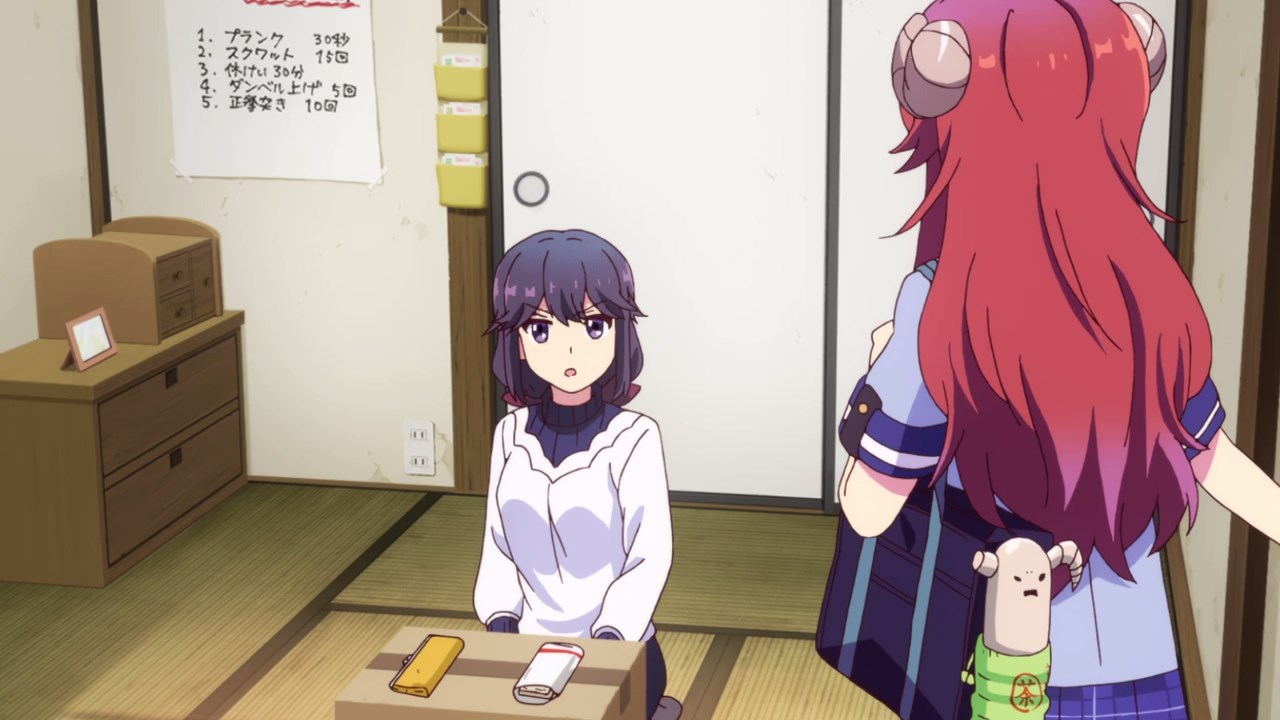 But speaking of what happened in the previous episode, it seems that Yoshida family’s forture is starting to come back since Yuko offered Momo’s blood to the statue, with Seiko-san having her wallet back after she lost it a few years ago. 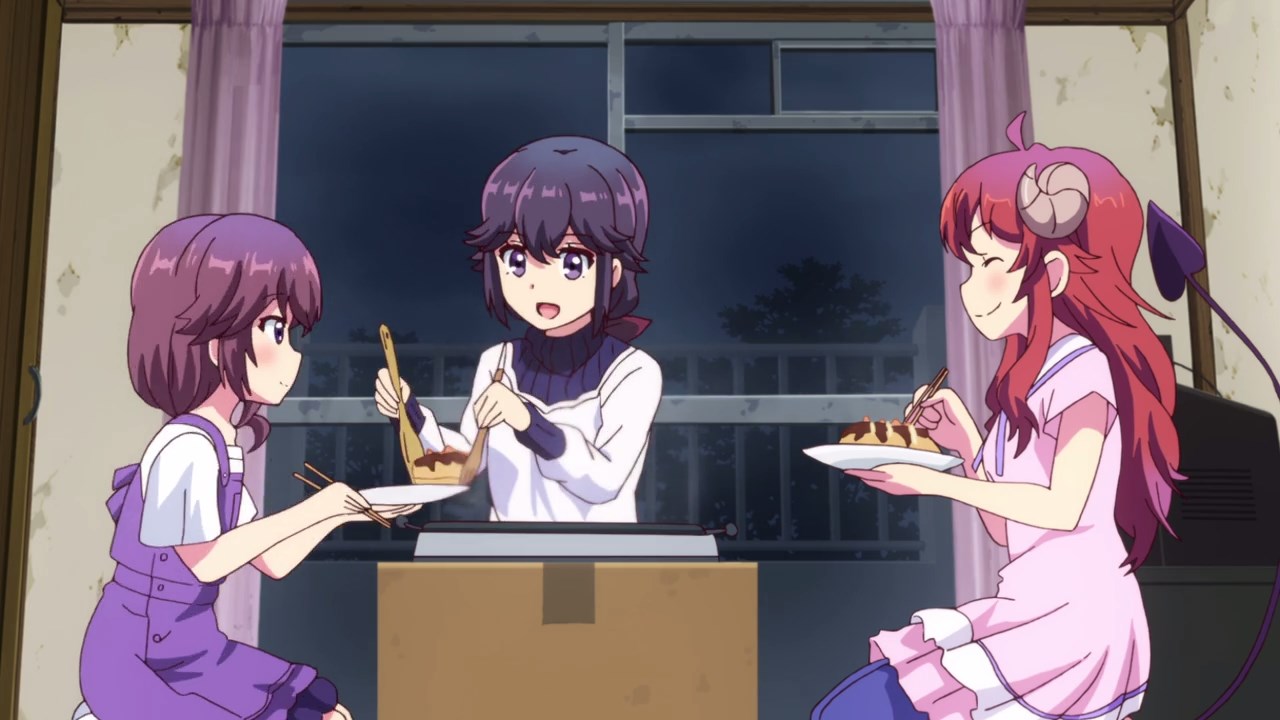 And you know what means, it’s time for an okonomiyaki party as Seiko Yoshida cooked a large batch for the entire party! But what about Lilith? 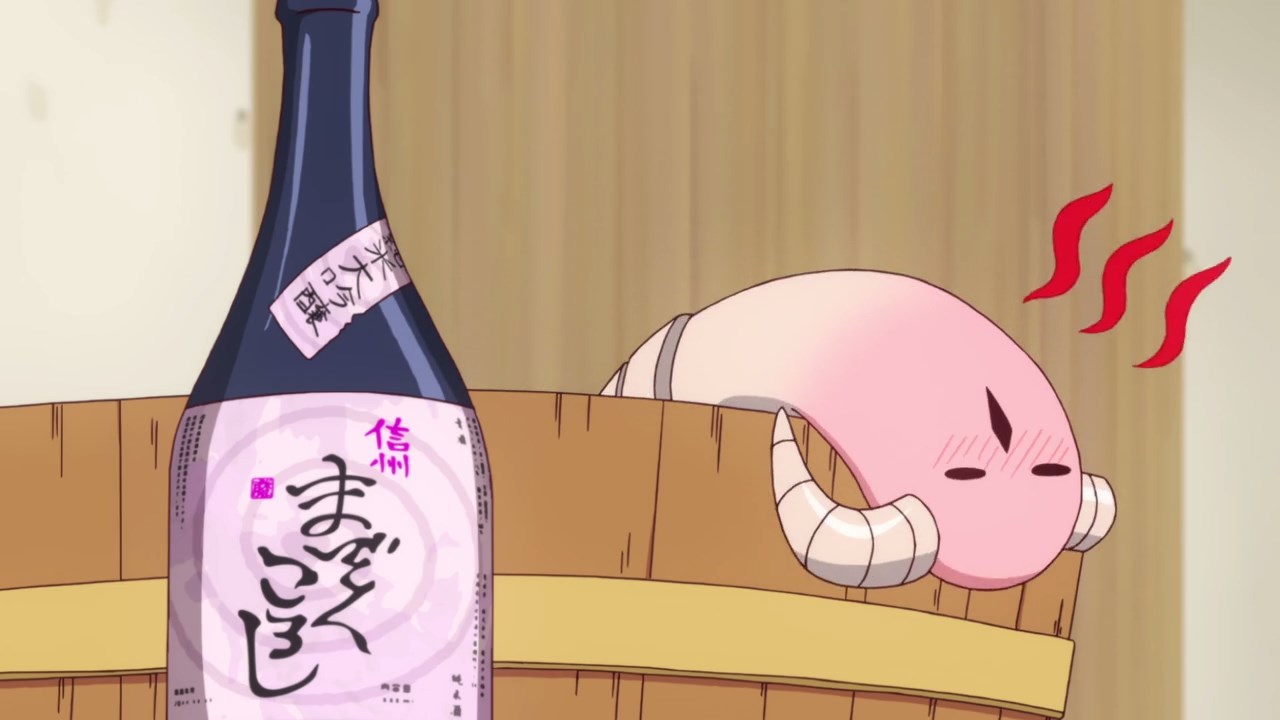 Oh, she got bathed in a small tub full of high-class sake, which Lilith will get a hangover anytime soon! 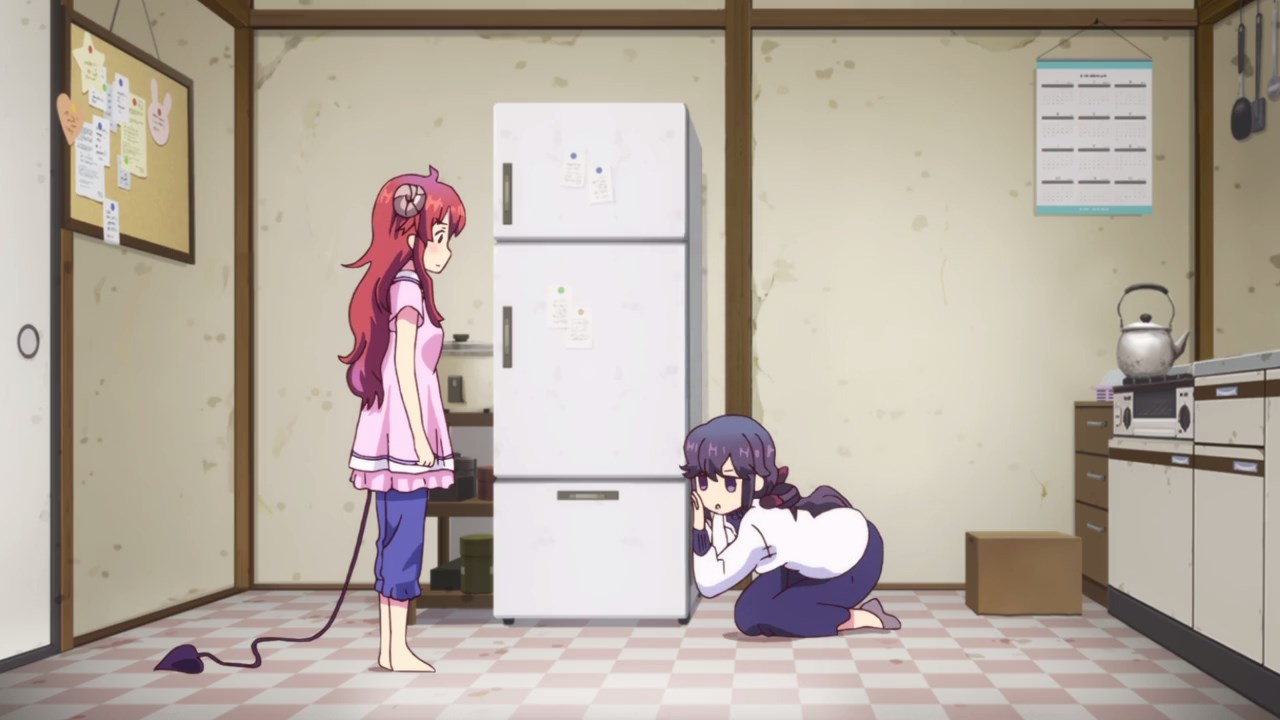 Unfortunately, their sudden gain of wealth has some drawbacks as the refrigerator got busted after being struck by lightning.

With nowhere to store food which is a pain for Seiko since she bought too much, there’s only one thing to do… 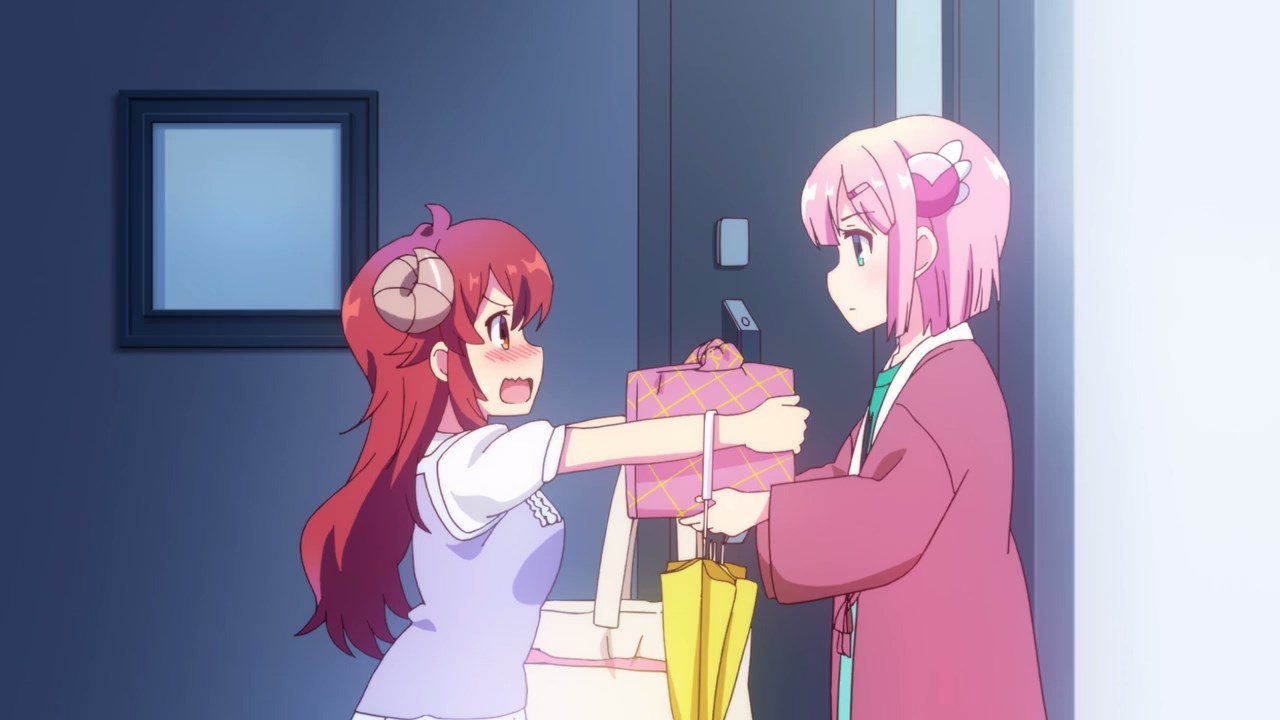 And that’s give the excess food to Momo Chiyoda since she has a working fridge, not to mention that Momo lost some of her magic powers so eating healthy foods would help her regain that. 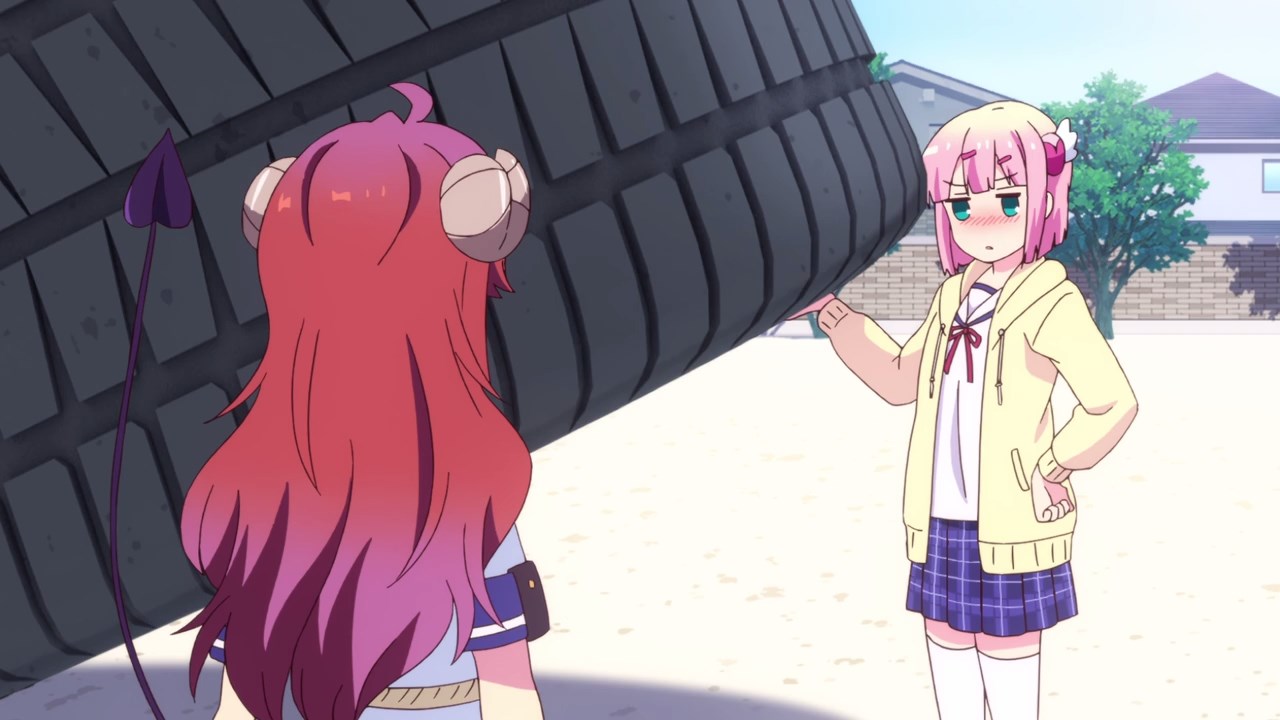 After a week of rest and eating healthy foods, it’s time for Momo Chiyoda to train Yuko Yoshida since she’ll have to protect the town by herself.

Then again, having Shamiko pull that truck-size tire is impossible, although Momo has no trouble lifting it since she used magic. Um Momo, I think you should come up another way to make Yuko stronger. 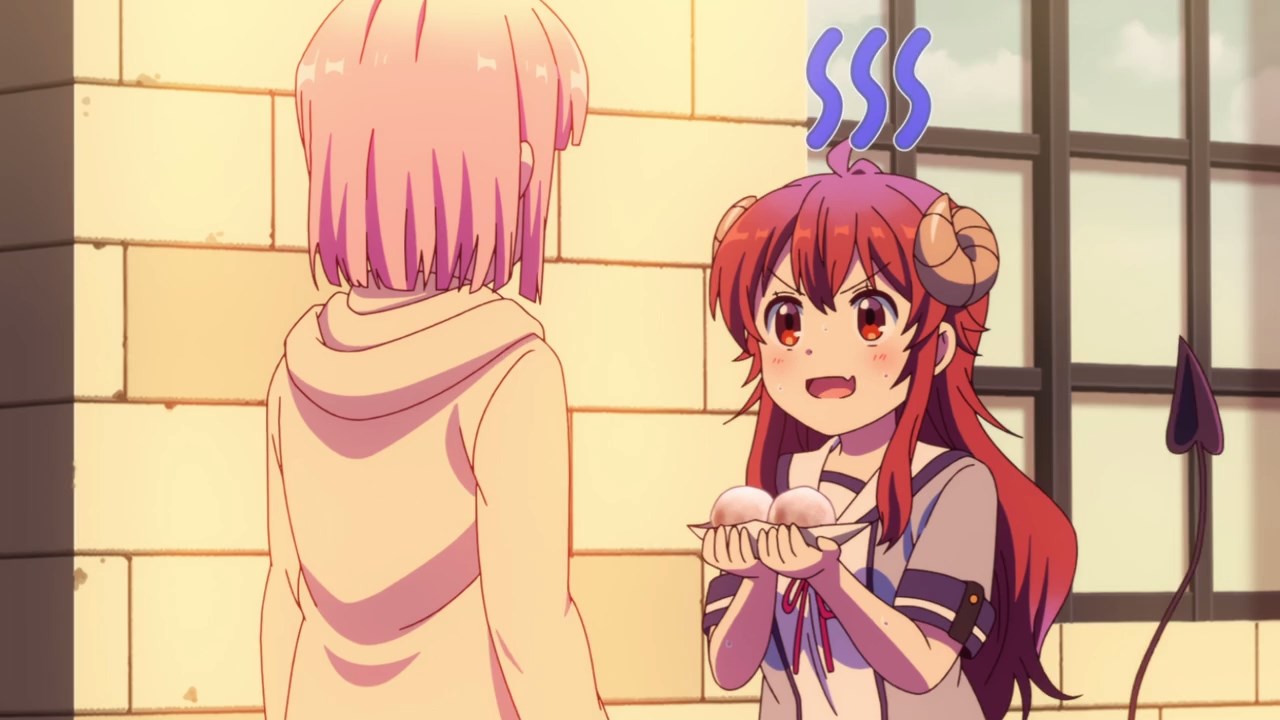 Why not let Shamiko run some errands in which it would help her stamina when running in longer periods. Oh by the way, she bought two strawberry-stuffed mochi balls, which is very delicious that it’s easily sold-out. 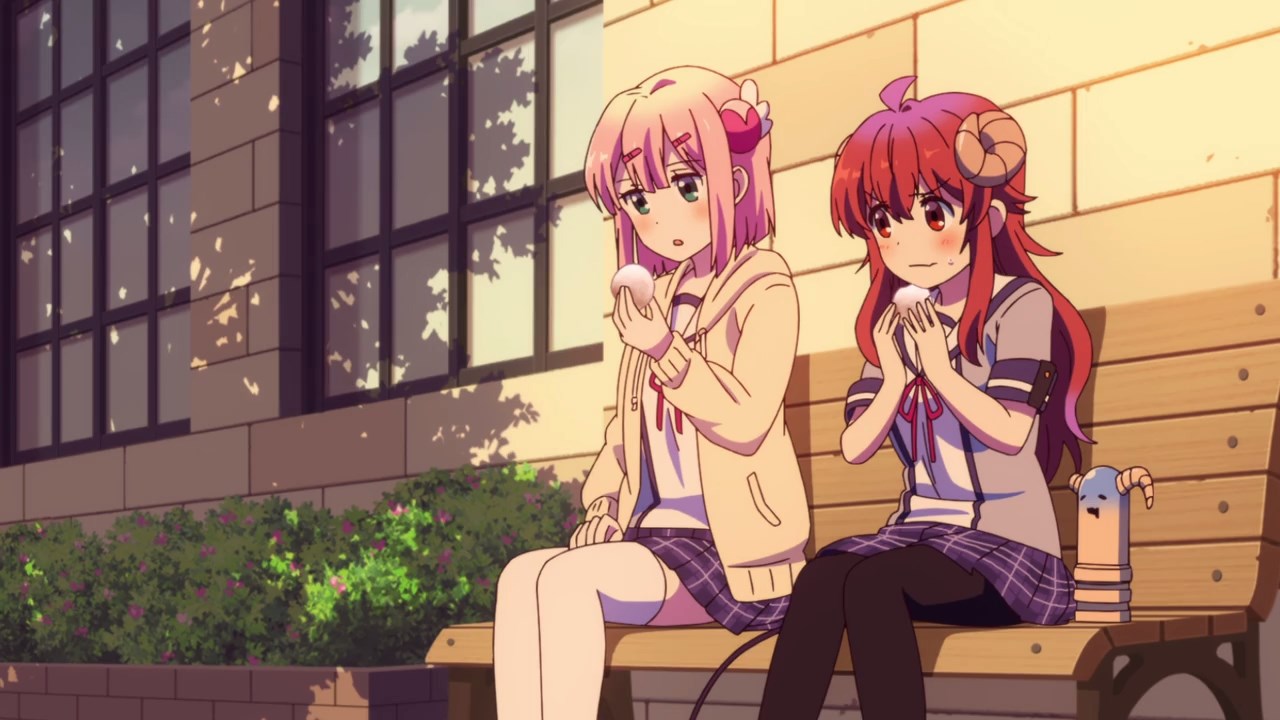 Also, it’s Momo Chiyoda’s favorite treat where it reminds of her step-sister, although she haven’t seen her sister ever since.

Man, I wonder what Momo’s step-sister looks like? But you know what, it’s nice to have someone who cares about her even though Momo lives by herself on a big mansion. 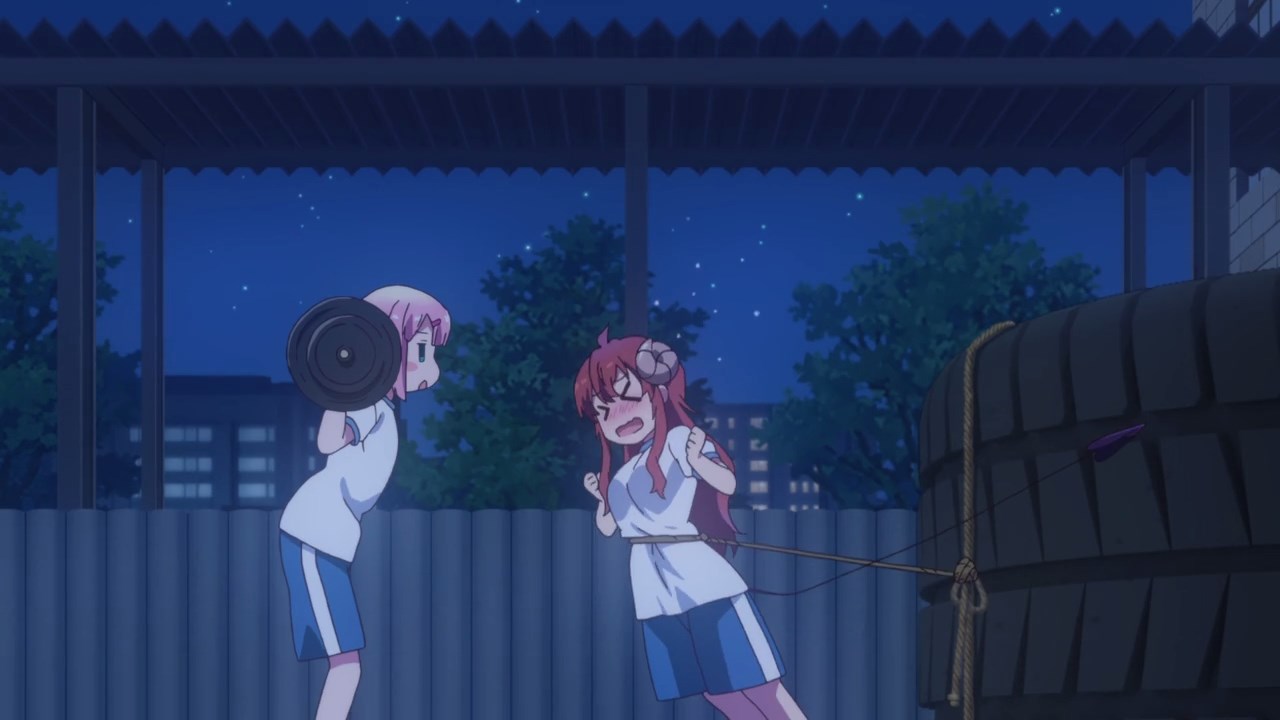 Of course, even though Shamiko finished running her errands, Momo wants to train her until midnight. Um, I think it’s time for them to go home since it’s way past curfew! 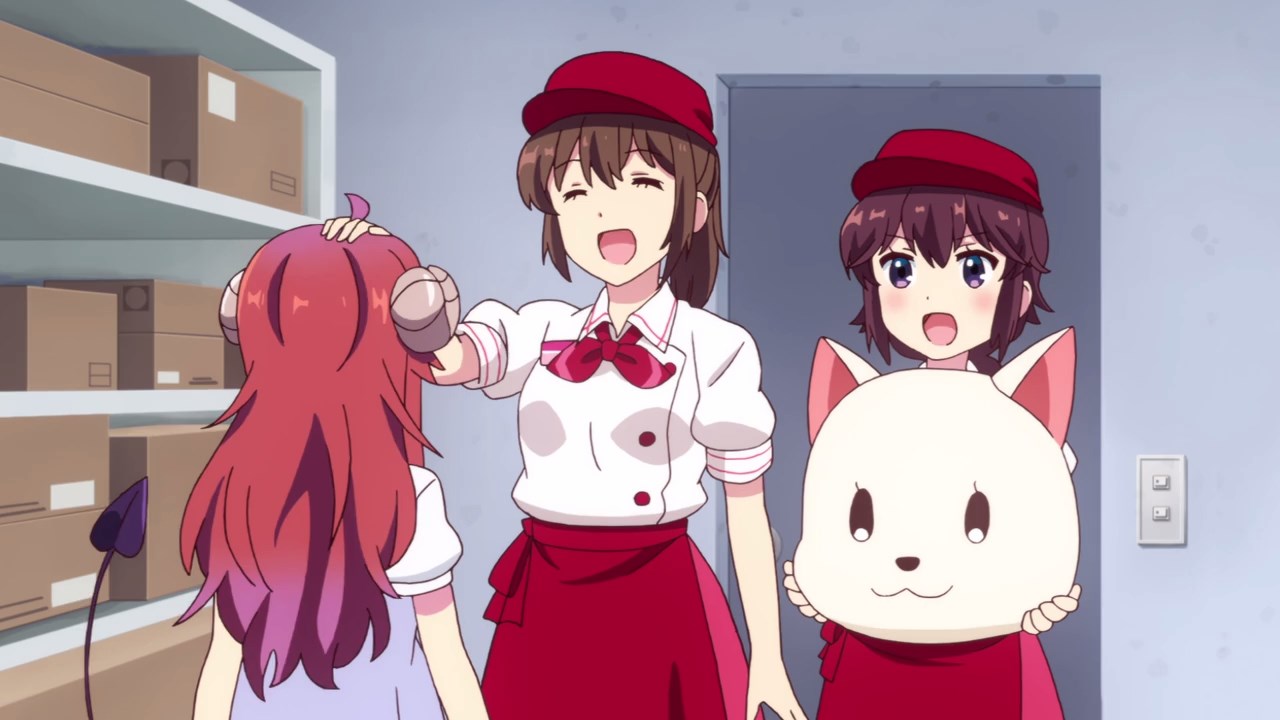 And now, let’s end this episode where Yuko Yoshida will have another part-time job. This time, it’s an easy job where Yuko will wear a mascot costume and hand out flyers. 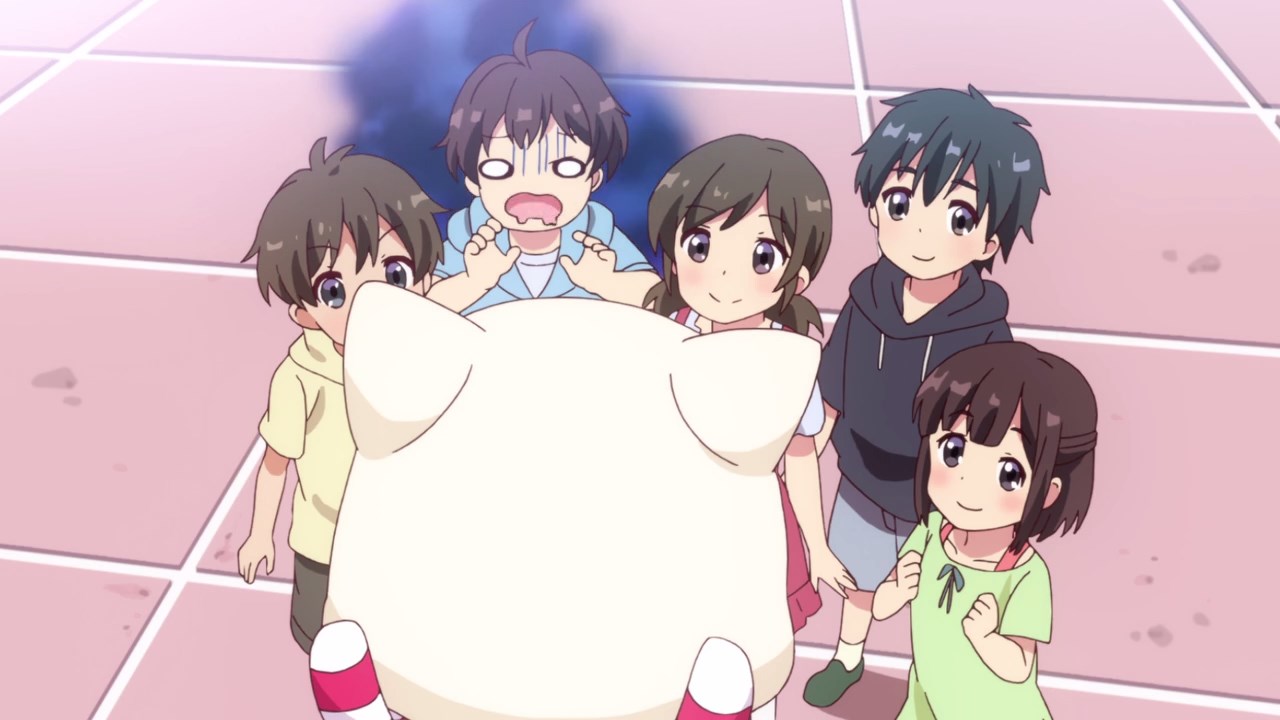 Then again, I change my mind as Shamiko is being swarmed by kids who want candies or telling her to do a backflip. Well, the latter one is impossble as Yuko might botch that stunt! 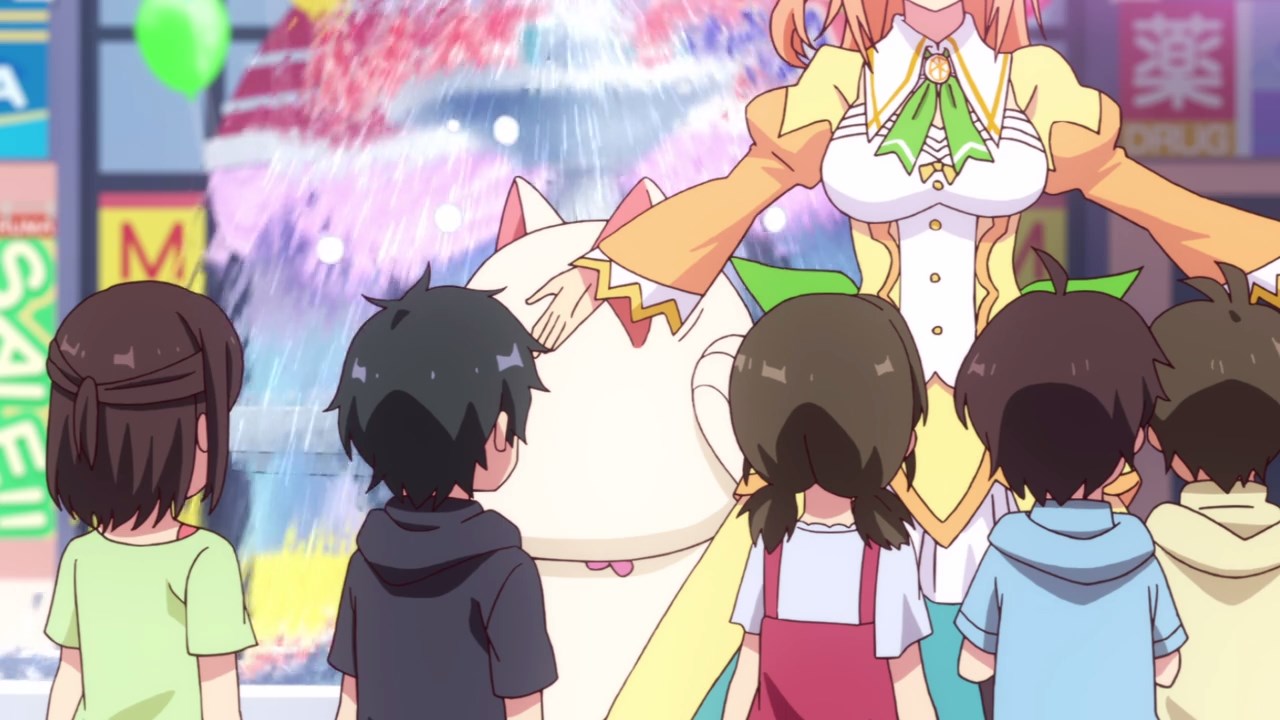 That’s until she was saved by this young lady who’s wearing a frilly costume, almost as if she’s a freaking magical girl. 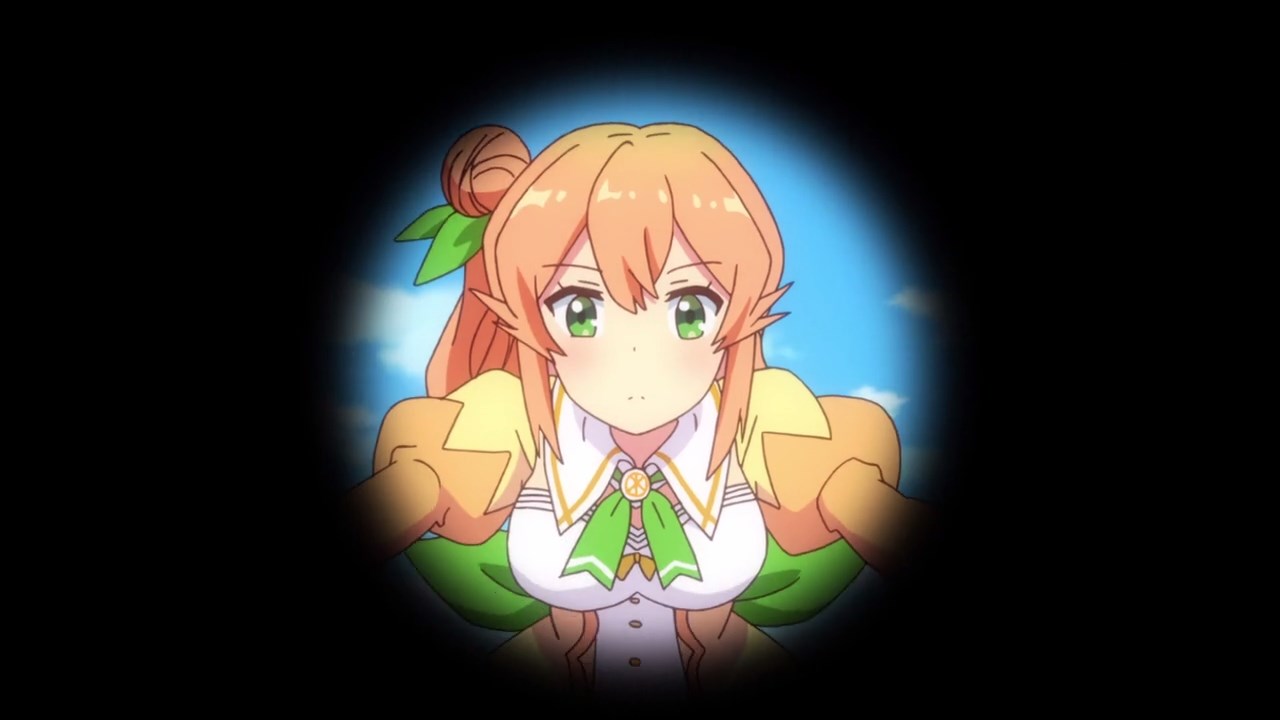 Oh and speaking of this lady, looks like she showed her face to Yuko Yoshida. Come to think of it, I wonder if she’s a relative to Momo Chiyoda? 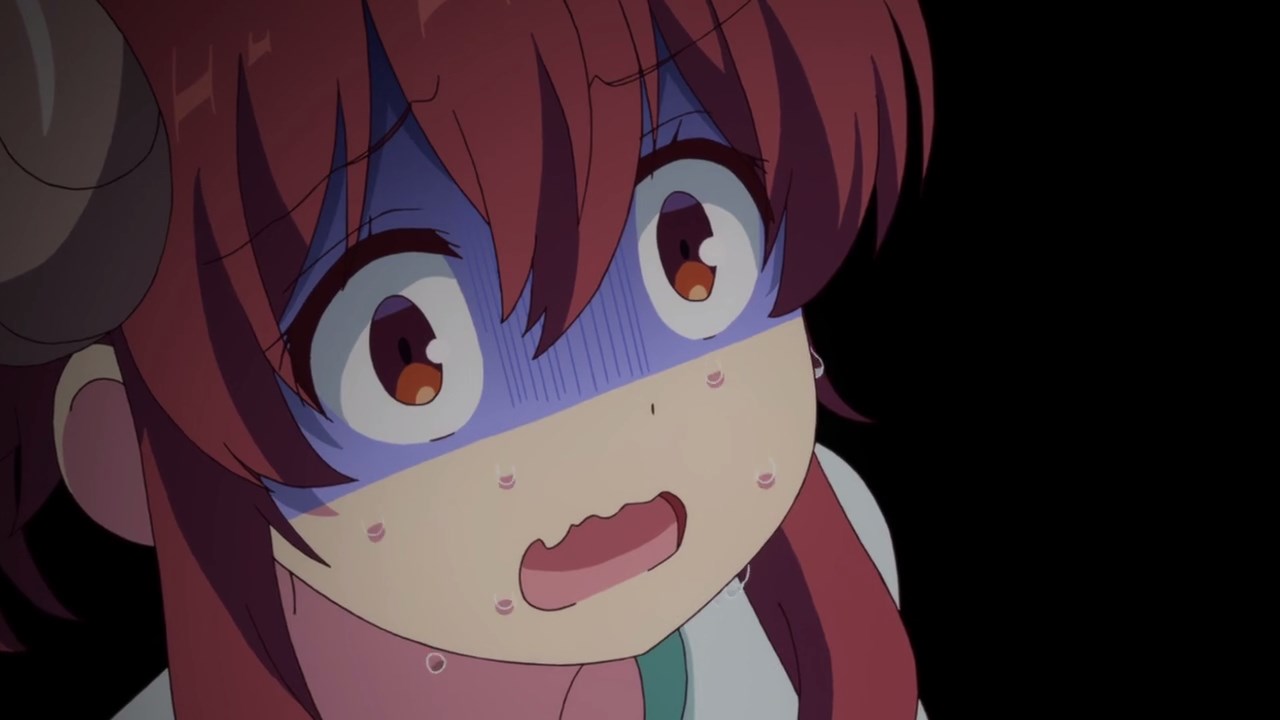 But if that’s true, looks like Yuko Yoshida is doomed as her face got pale upon seeing a magical girl, probably a powerful one at that. Anyways, I’ll see you next time!