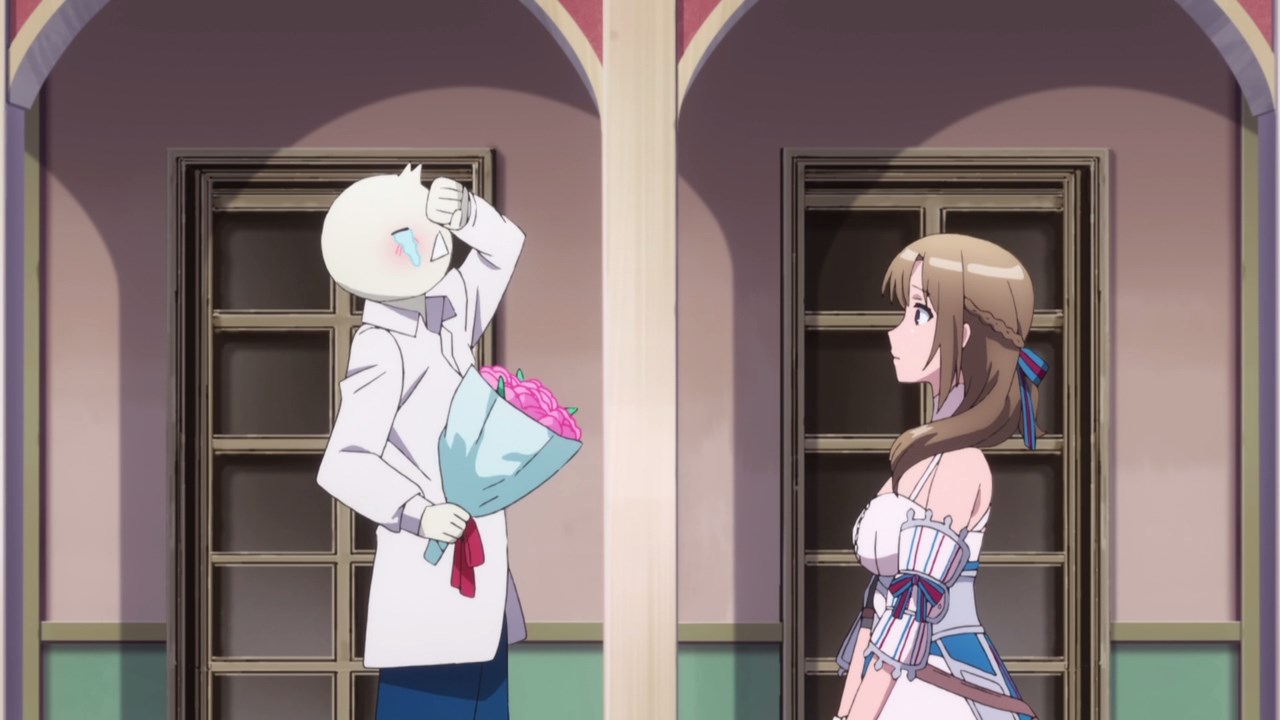 Oh look what we have here, it’s Mamako Oosuki being confessed by a random guy but she’s committed of being a good mother to Masato.

Come to think of it, I wonder if Mamako has a husband? Unless she got knocked-up at a young age, there’s no way Mamako would support her son by herself. C’mon, they need money to buy food and other necessities to survive. 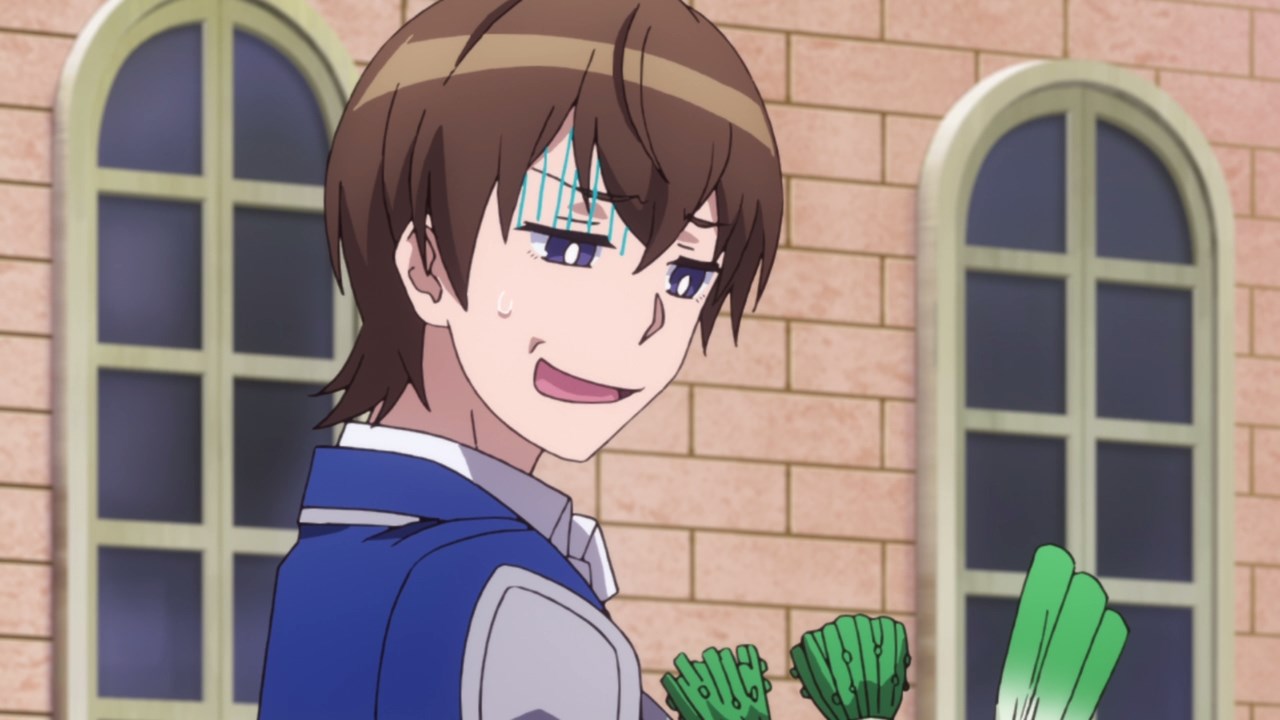 Speaking of Masato, I have to say that he’s not surprised considering that Mamako is very popular.

Oh and why he’s holding a bag full of vegetables? You see, Lover’s Lane Academy will held a school festival and Mamako Oosuki will open up a stall that serves her home-cooked meals. 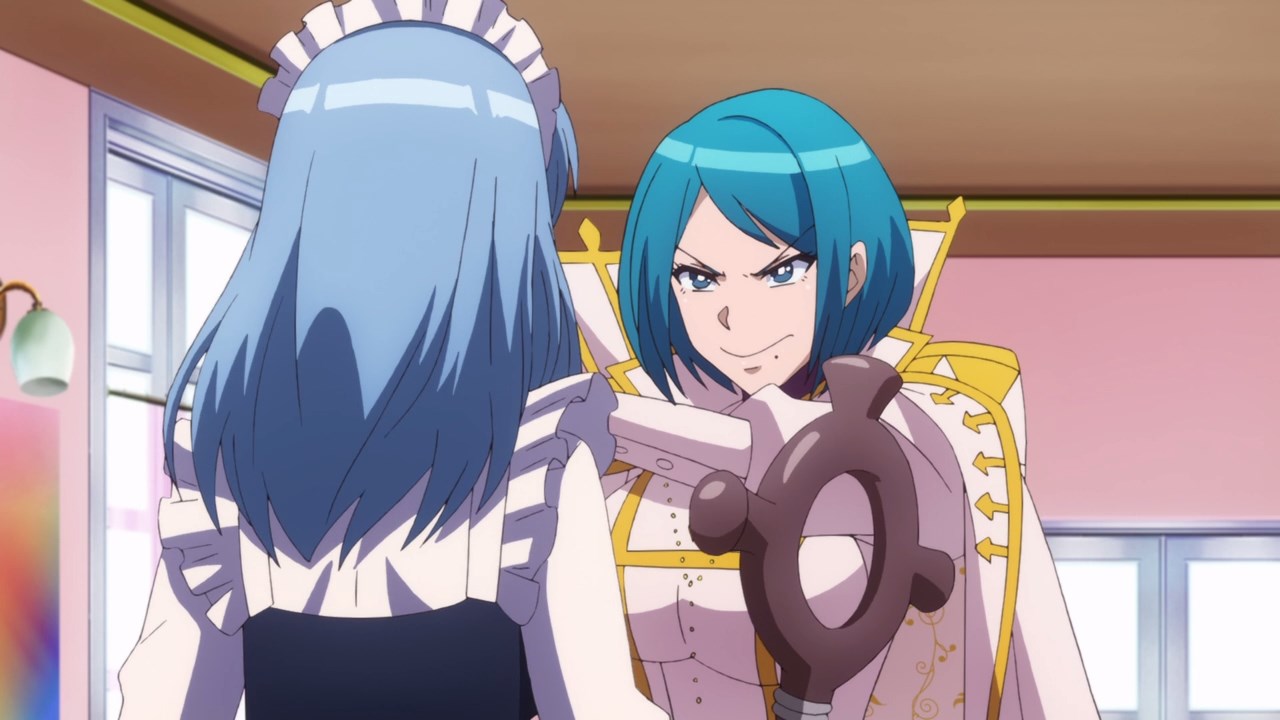 Meanwhile, here’s Medhimama where she can’t swallow her pride and concede defeat against Mamako Oosuki, therefore Medhimama goes into great lengths to make her daughter win at everything…

…starting by stripping Medhi naked and force her daughter to wear skimpy clothing in order to attract the boys. Then again, you have Masato Oosuki where he accidentally saw Medhi in the nude!

Oh and by the way, I might replace it with the superior Blu-ray version in the future because goddamn those light beams! 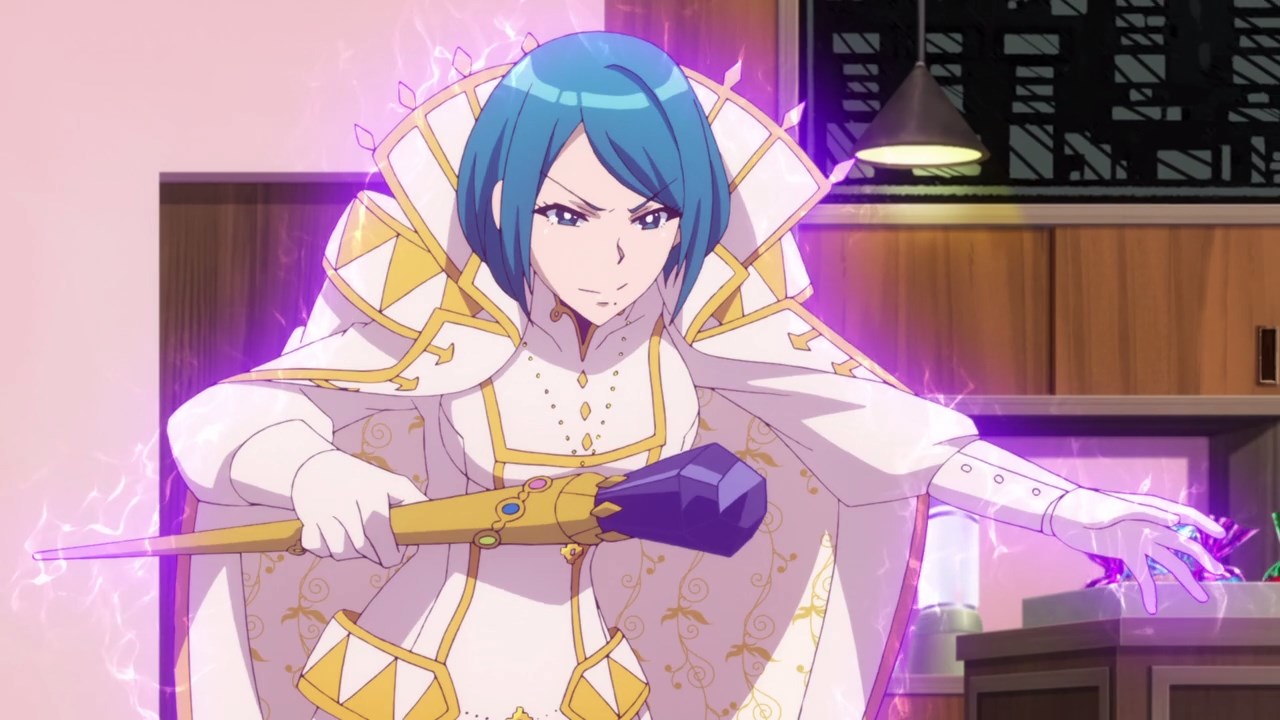 Anyways, Medhimama was alarmed by an intruder who’s not only here to ruin her plans but also saw Medhi’s naked body. Thus, she decides to cast a powerful spell that’ll instantly kill Masato. 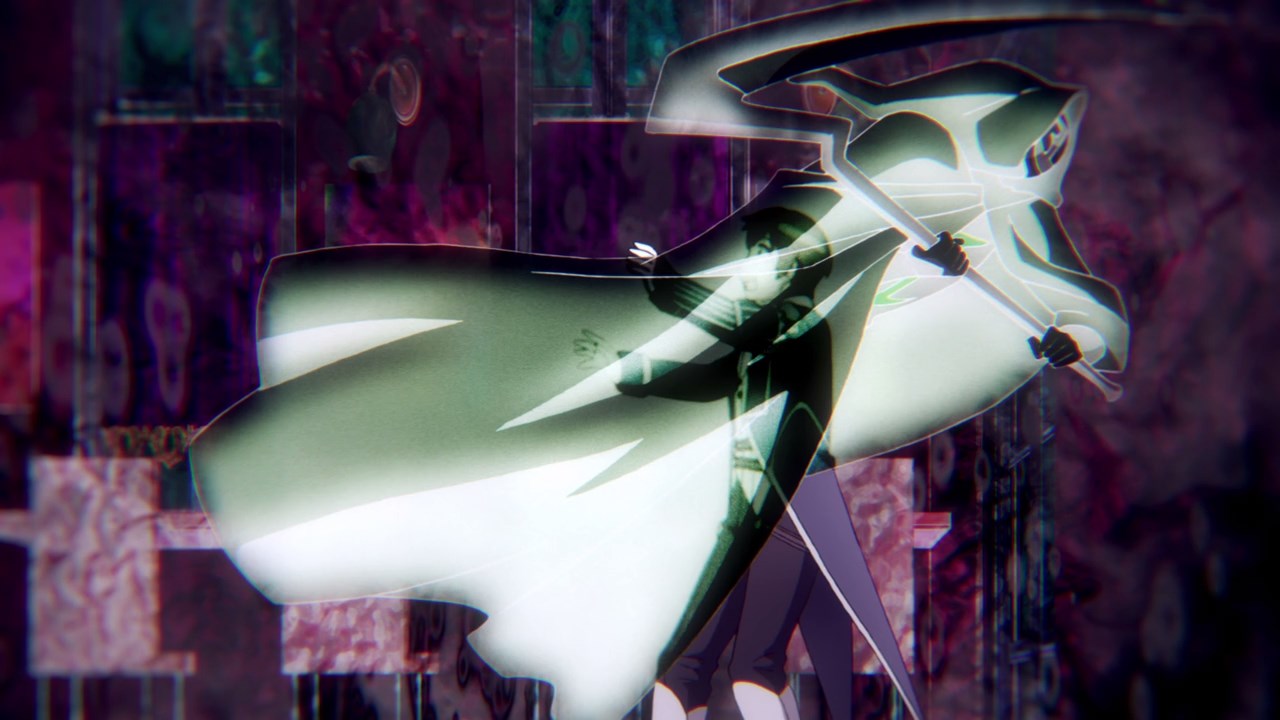 Otherwise known as the Whack spell (or Zaki) from Dragon Quest where Masato Oosuki got caught by the grim reaper and die on the spot. Looks like Masato got Thwack!

On the other hand, it appears that Masato didn’t stay dead as he roams around as a ghost. Well, Masato can ask Wise to revive him once he’s done here.

Anyways. Masato Oosuki learned that Medhimama has a devious plan to not only destroy Mamako and her food stall during the school festival, but to make her daughter as the number one student at the beauty contest. 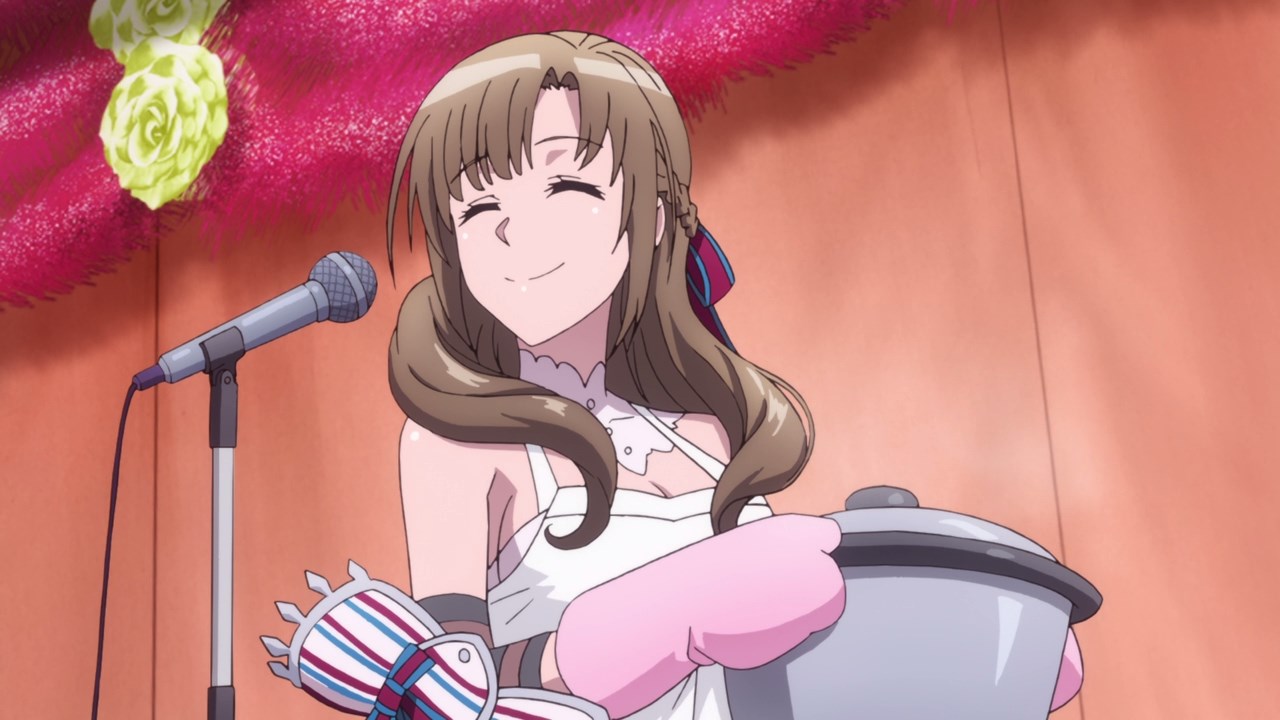 Speaking of the beauty contest, it appears that Mamako Oosuki unexpectedly entered the contest while holding a pot of miso soup.

Okay, seems that Medhimama’s plans didn’t work out in the end because let’s face it, Mamako is the best mother ever! 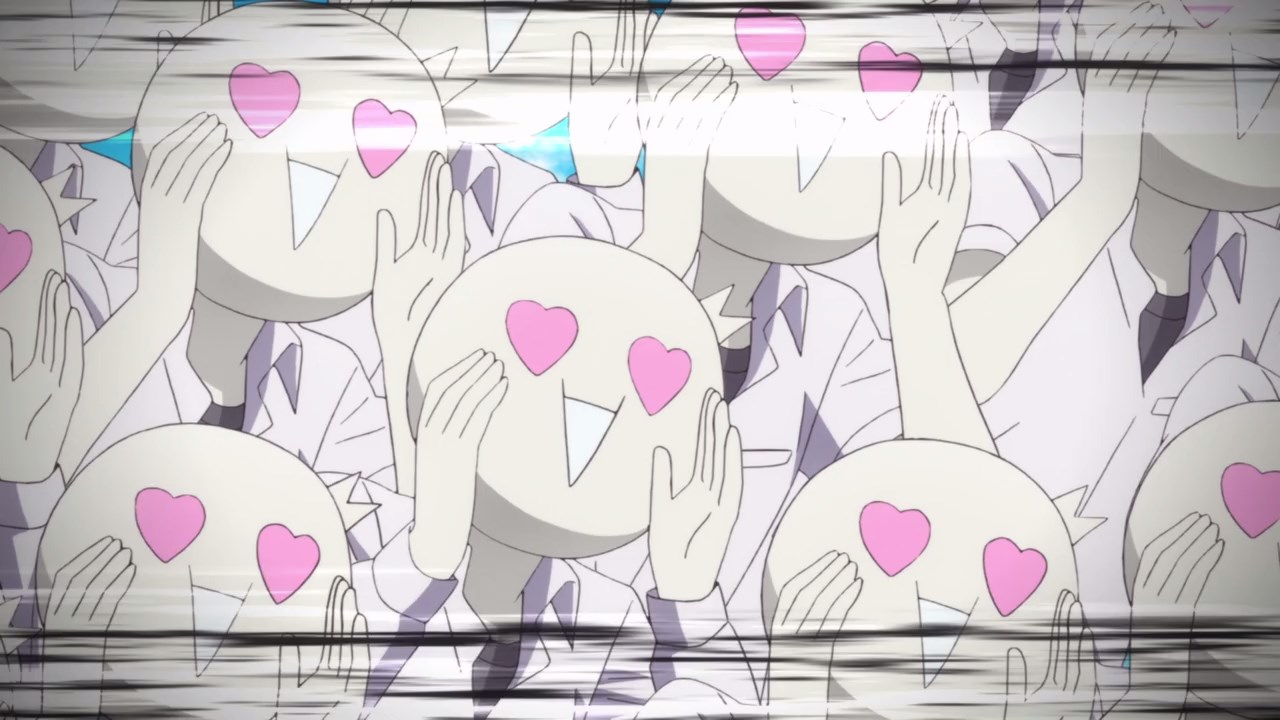 And as for the entire crowd? They not only cheered Mamako because she’s cute and all, but they’re gonna flock around her stall to get some of her delicious meals.

Looks like Mamako killed two birds with a single stone during this school festival! 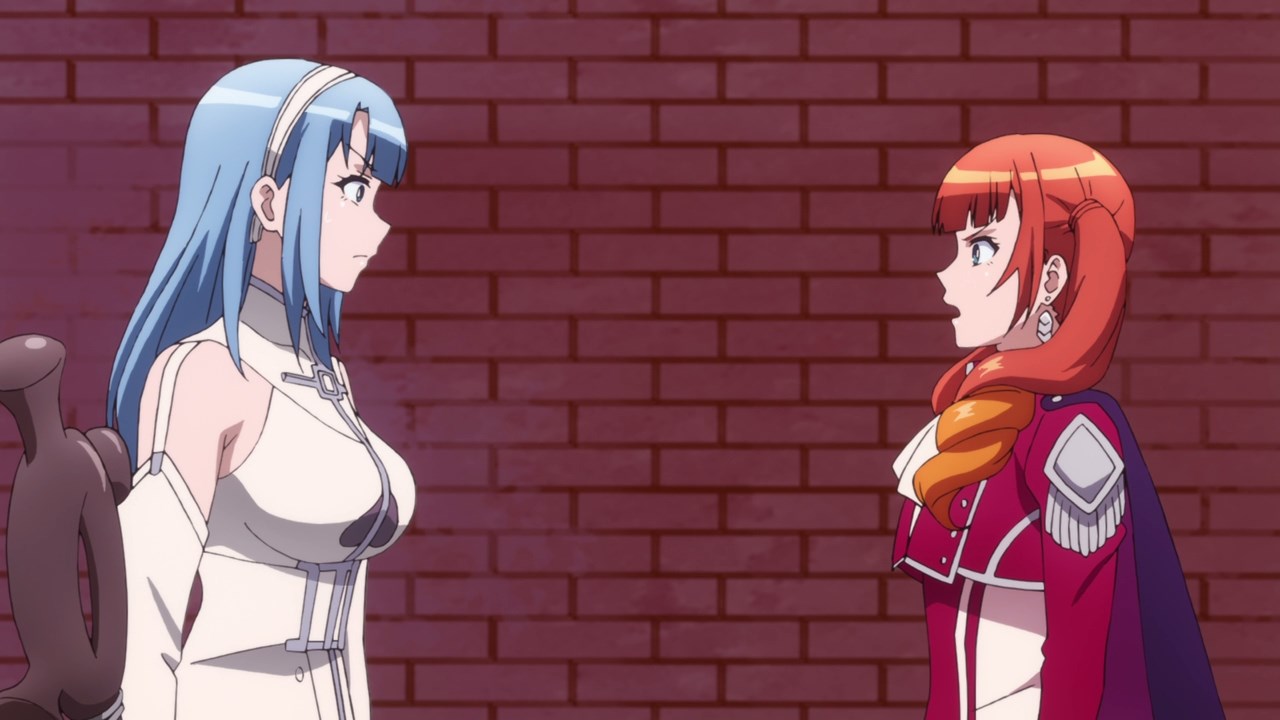 Now then, let’s move onto Medhi where she got dragged by Masato Oosuki and the rest as they want to talk to her.

C’mon, Wise understands Medhi’s plight because she had that same predicament with her mother (or ex-mother) back then. Well, they still butted heads but I think they don’t see each other with contempt. 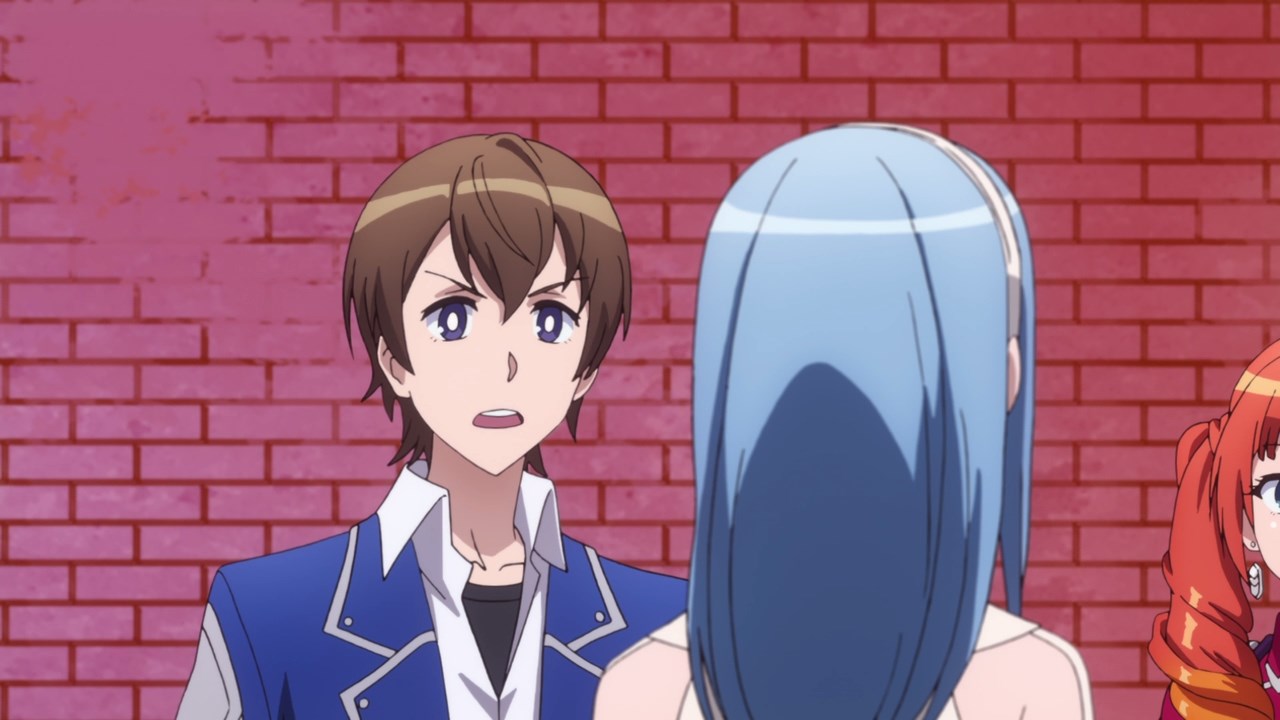 Also, here’s Masato Oosuki and while he’s in love with Medhi, Masato really wants to save her from Medhimama. I mean, Masato learned Medhimama’s wicked plan when he’s a temporary ghost, just right after she cast him with the death spell. 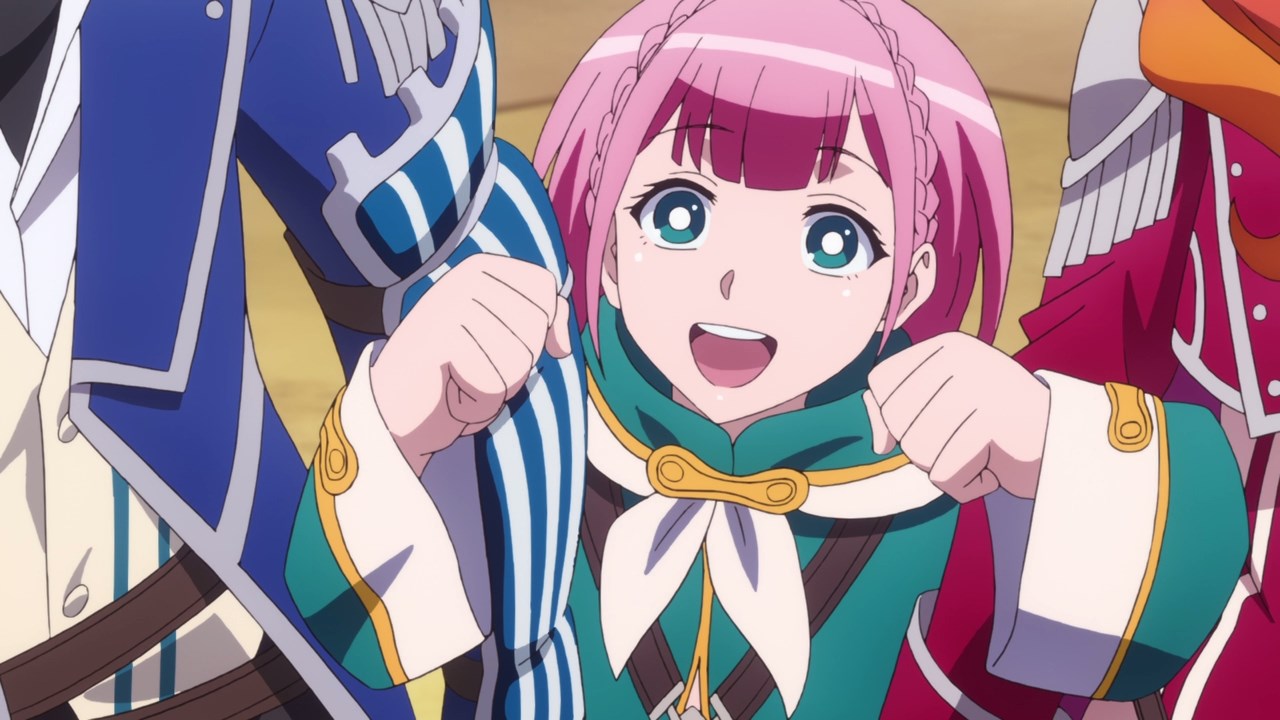 And one last thing, here’s Porter where she has Medhi’s back. Gotta say that everyone is very supportive towards Medhi. 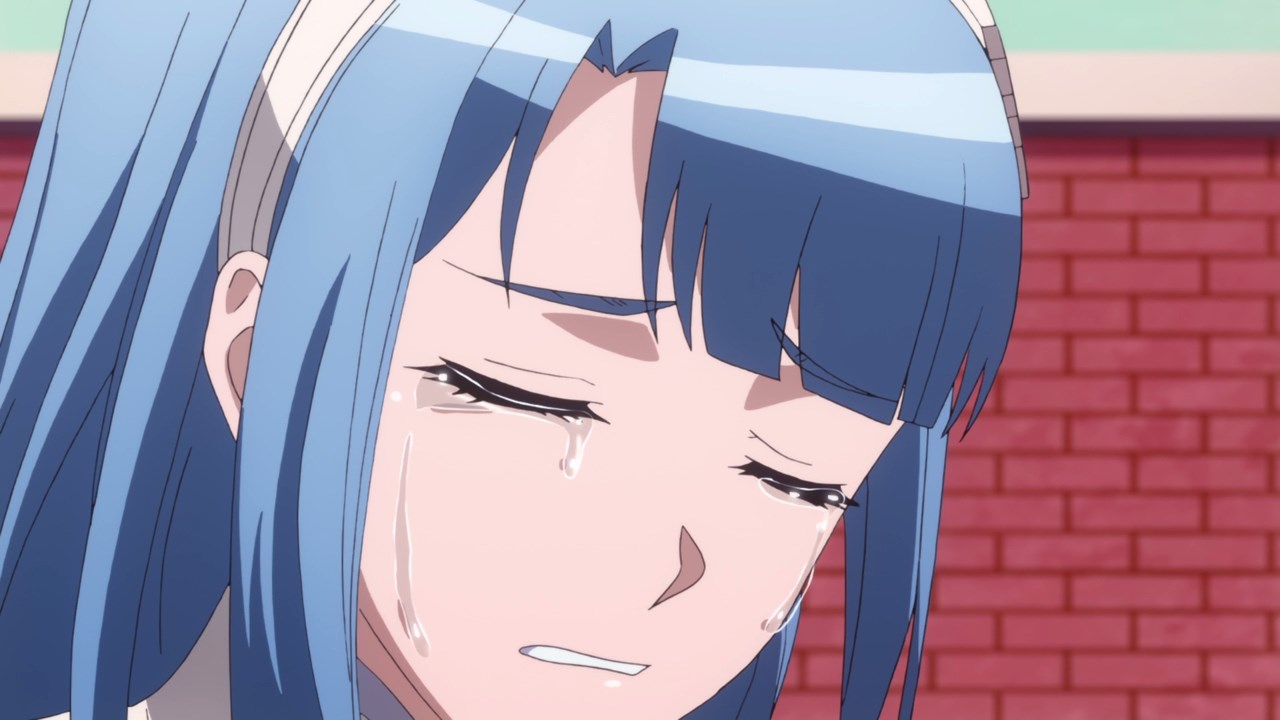 And as for Medhi, she got teary-eyed a bit as it turns out that Medhi wants to have friends.

I guess the reason why she went inside this MMORPG is because Medhi is very lonely at school and it’s her mother’s fault that she was ostracized by everyone. 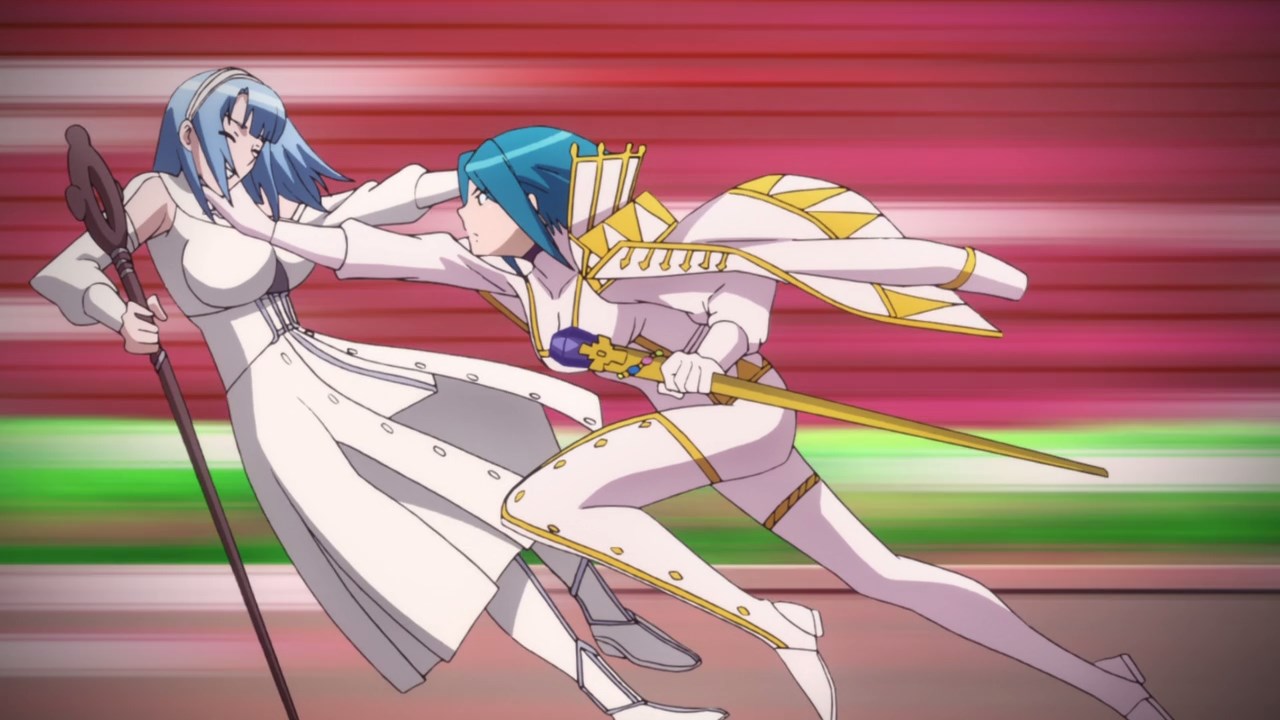 But speaking of Medhimama, she arrives at the wrong time and she’s gonna punish Medhi for being a bad daughter. C’mon Medhimama, please spare Medhi as she really wants to have friends! 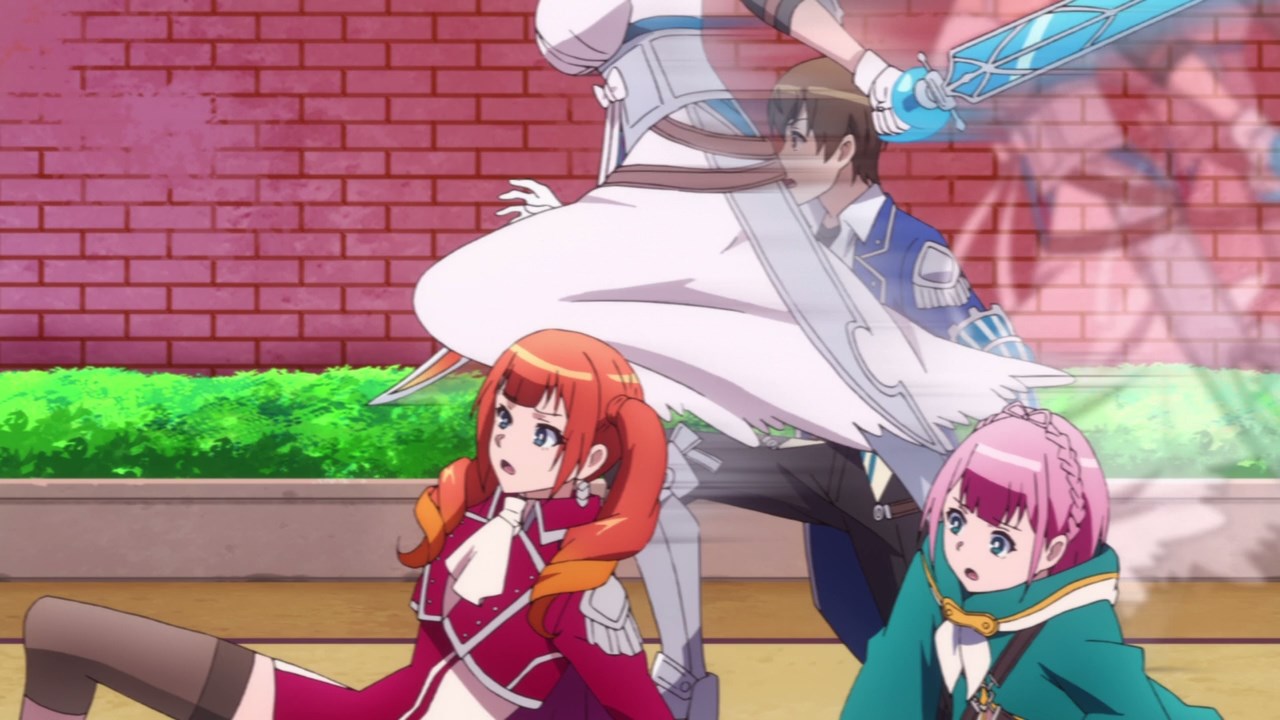 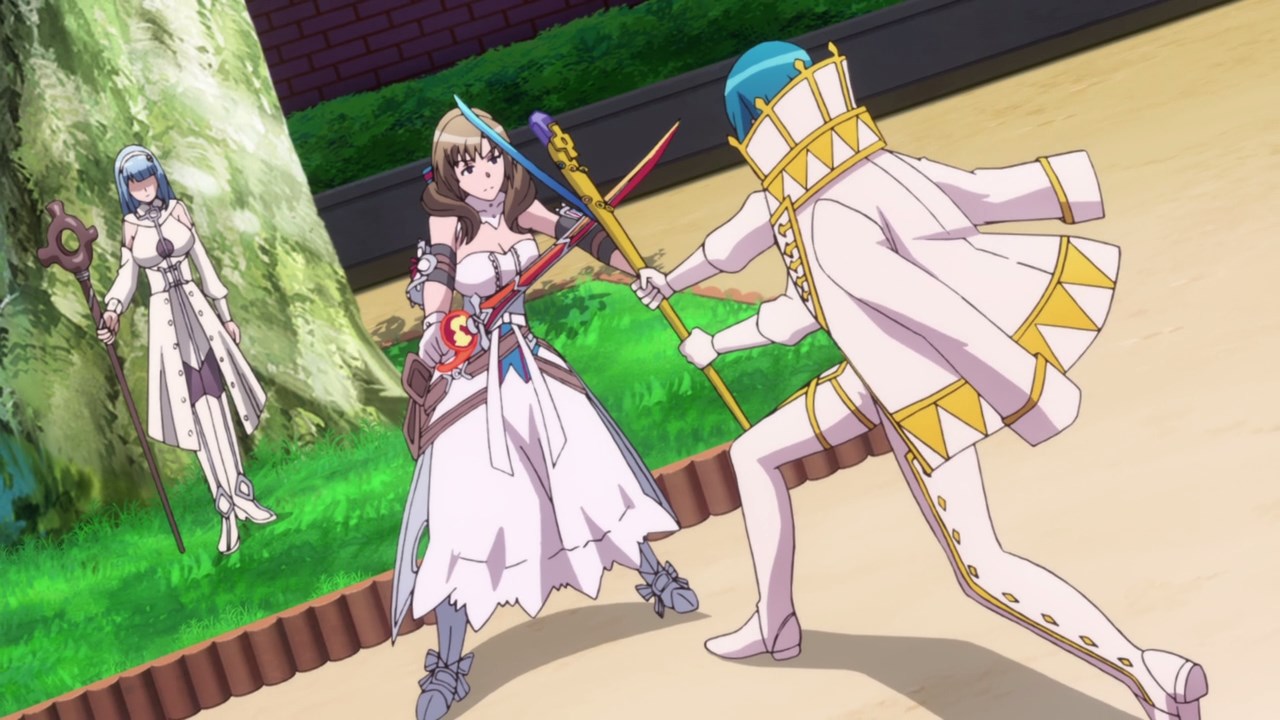 Fortunately, Mamako Oosuki has come to the rescue to save Medhi because she knows what’s wrong with her. But that irritates Medhimama so much that she wants Mamako dead!

Of course, I want to know the real reason why Medhimama pushed Medhi so hard to be number one as she wants to be the number one mother in the world. And really, that’s one selfish wish from Medhimama and that’s why Medhi has a freaking grudge towards her! 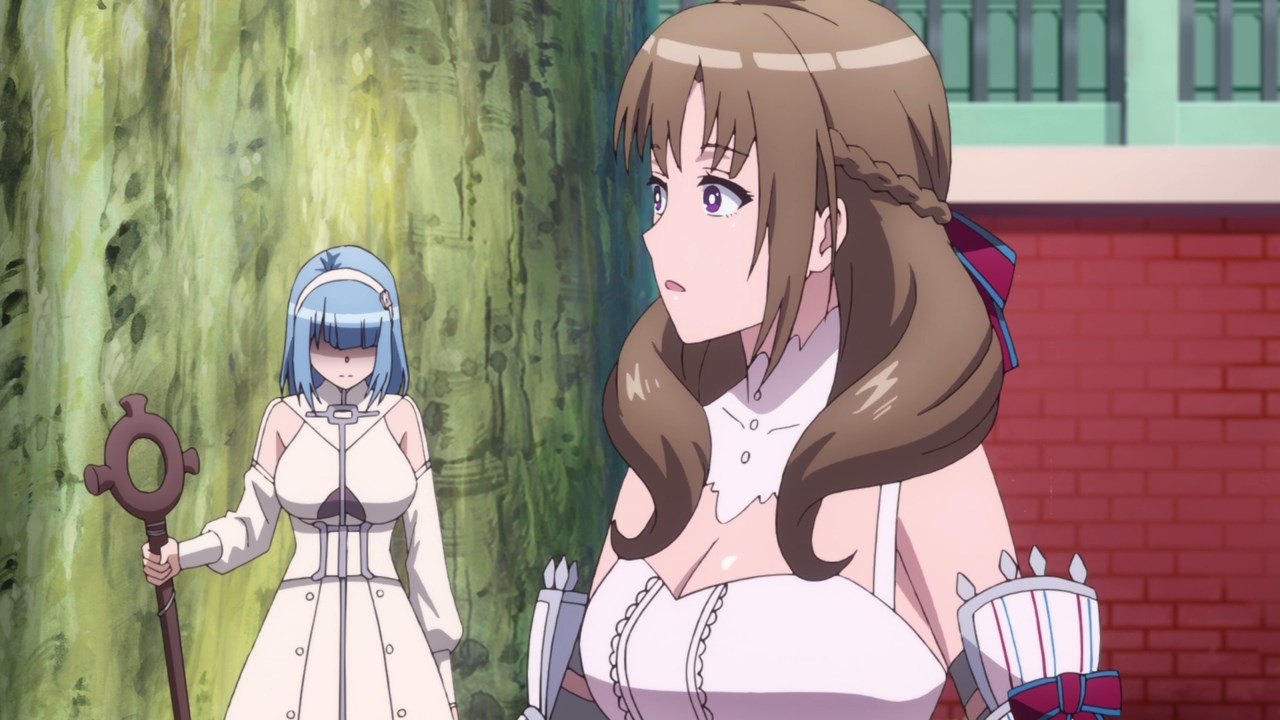 But let’s go back to Medhi and I must say that things are not looking good for her. 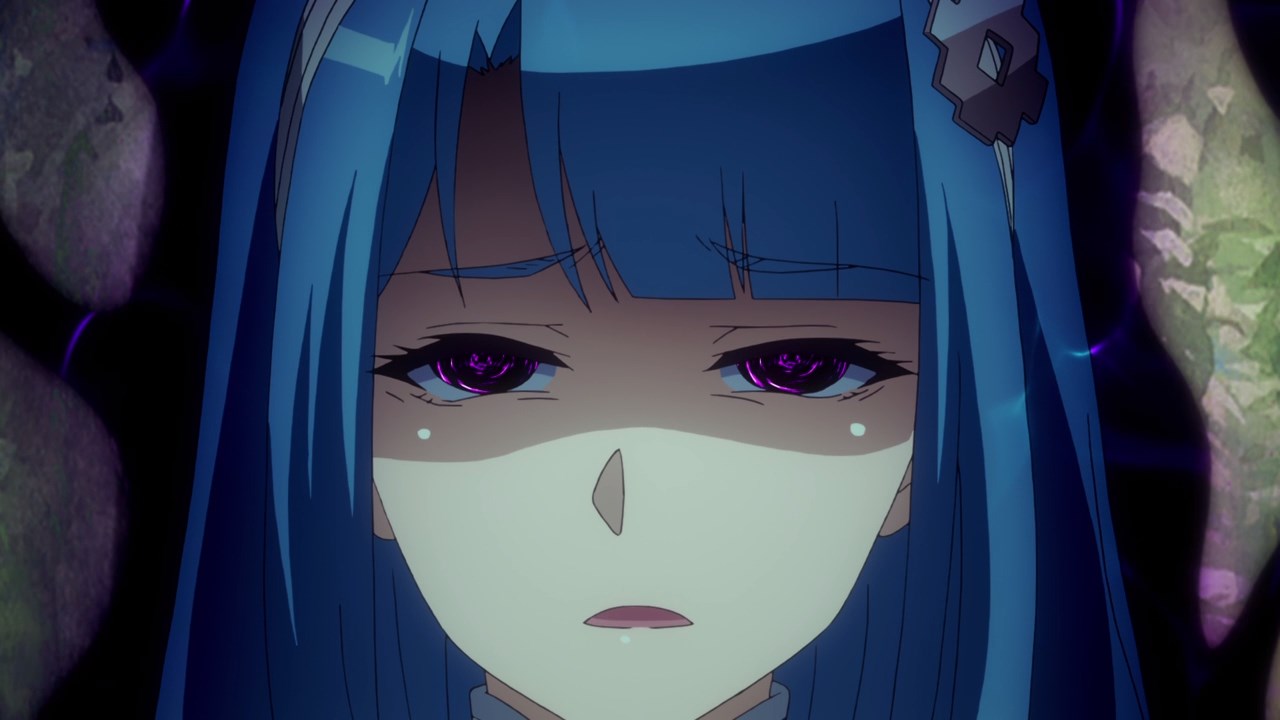 In fact, Medhi is really angry towards her mother after hearing her selfish words.

Seriously though, Medhi had enough of Medhimama’s bullshit and thus she decides to release her pent-up frustrations and activate her powerful magic. 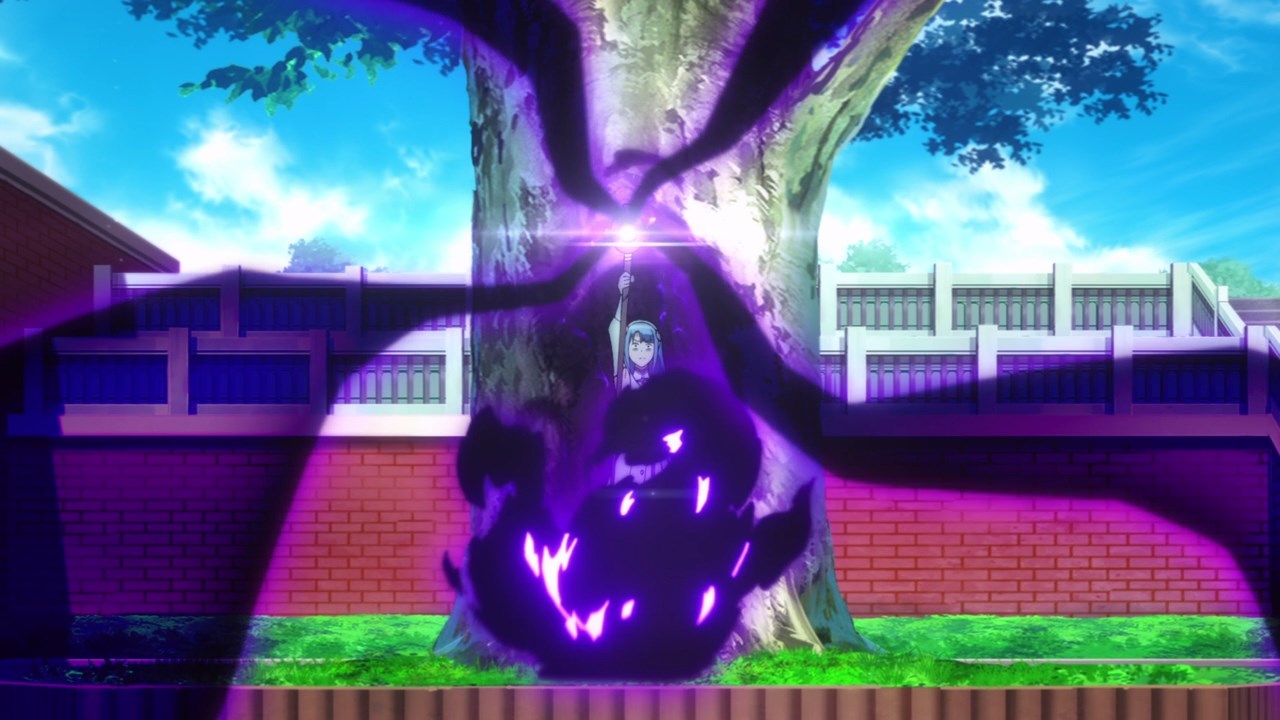 Oh, and did I forgot to mention that she’s a healer where Medhi technically has support magic? Well, let’s throw that away for a second ’cause she has a hidden magic spell… 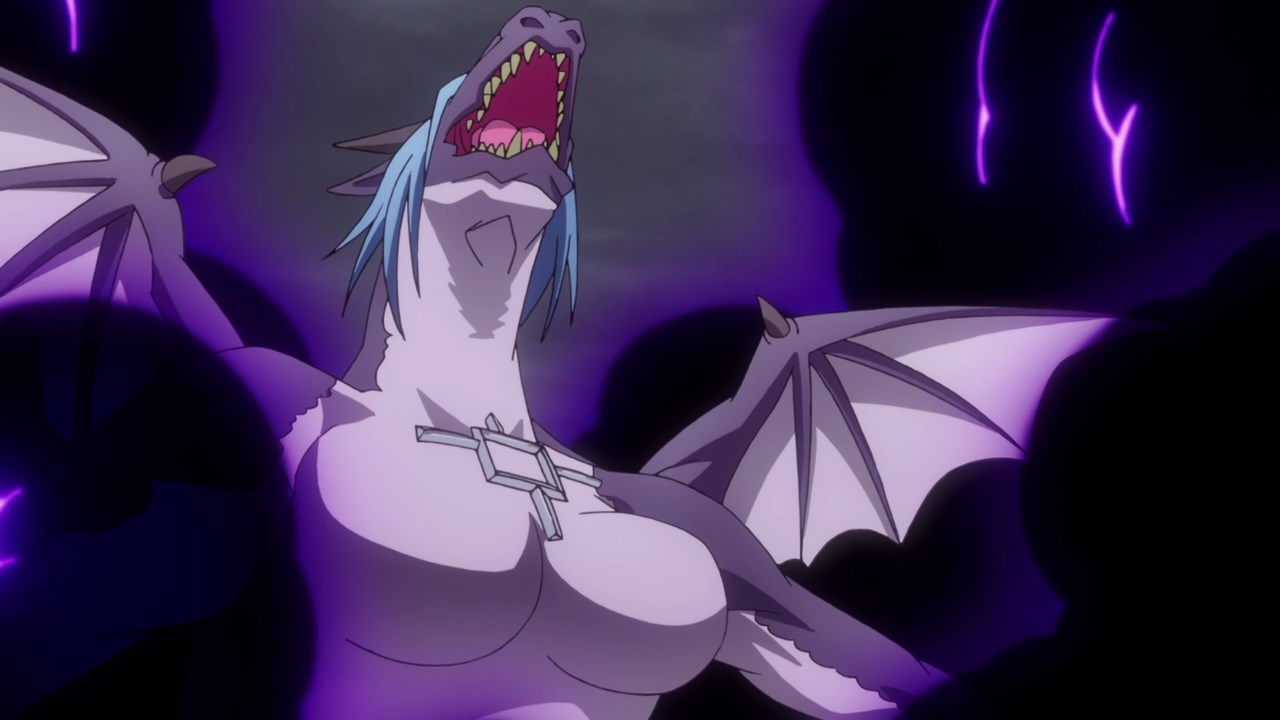 …or rather, a transformation where Medhi becomes a dragon with tits. Not sure if Issei Hyoudou would like that!

Now, I wonder if Medhi’s transformation has something to do with Medhimama’s staff as she received it from someone else, or if Medhi’s staff is actually tampered with game-breaking abilities from nefarious hackers? Then again, we shall never know those people who are sending items to break this MMORPG.

In any case, tune in next time where Mamako Oosuki and her party will have to save Medhi from destroying Lover’s Lane Academy. As for Medhimama, she won’t do anything to save her daughter because she’s a scumbag!