To Aru Kagaku no Accelerator Episode #07 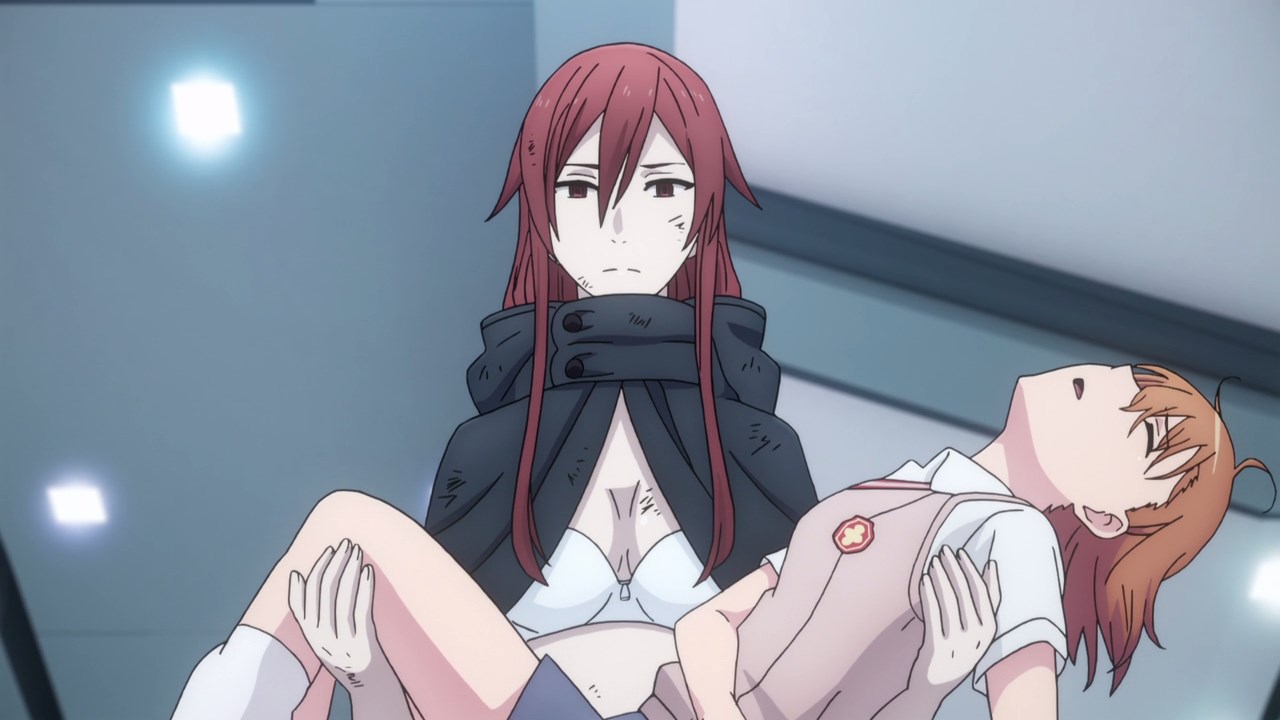 Looks like Hasami Hitokawa found MISAKA No. 10046, which means that they’re pretty much done here at this food supplement factory. 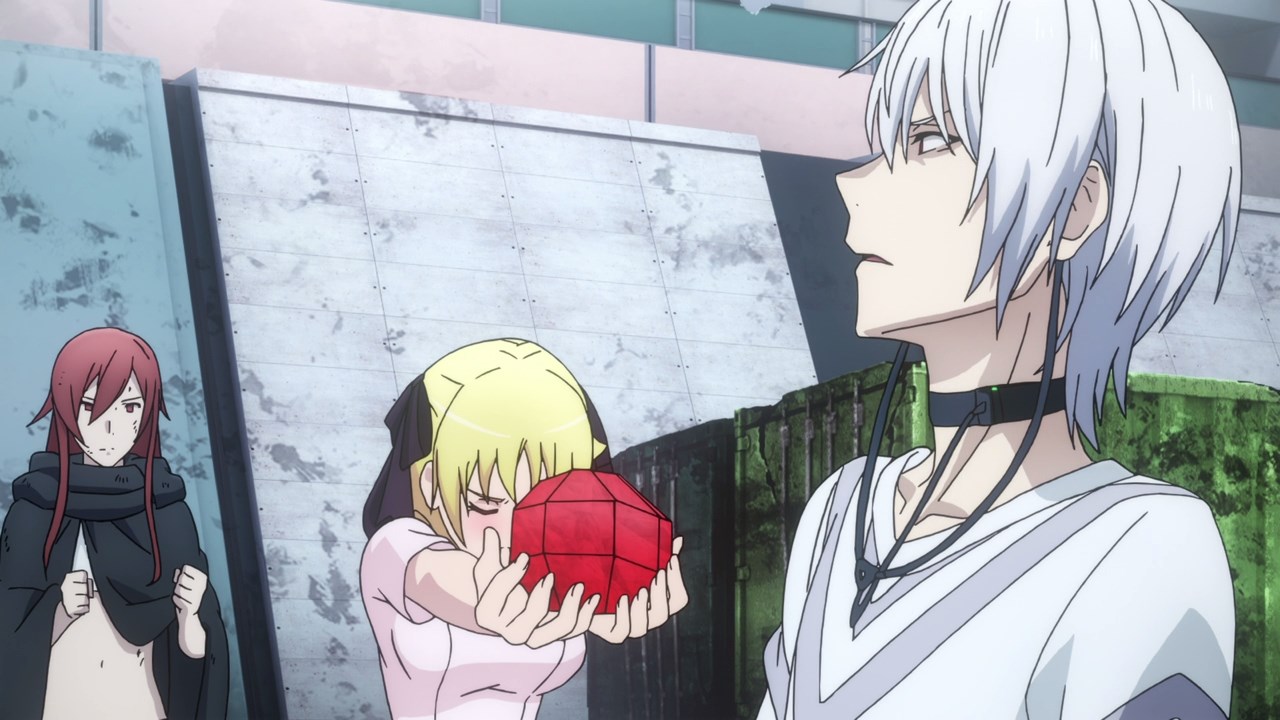 On the other hand, Esther Rosenthal wants to become a student to Accelerator as she offered something to him.

Then again, Accelerator is not interested on taking someone under his wing since he already has Last Order and not only that, but Accelerator found Esther to be very annoying. 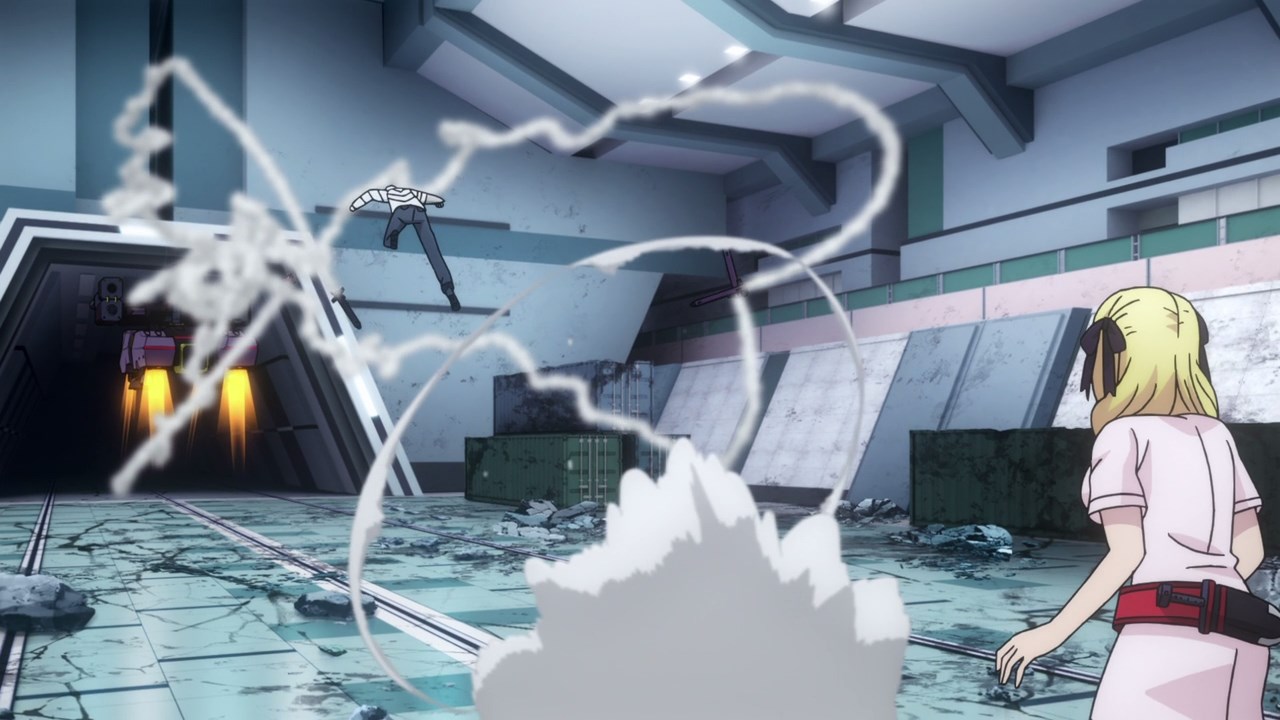 But all of a sudden, a mecha appeared and fired missiles right at Accelerator. Looks like they can’t go home yet but you know what, Accelerator will just destroy this pile of junk in a jiffy. 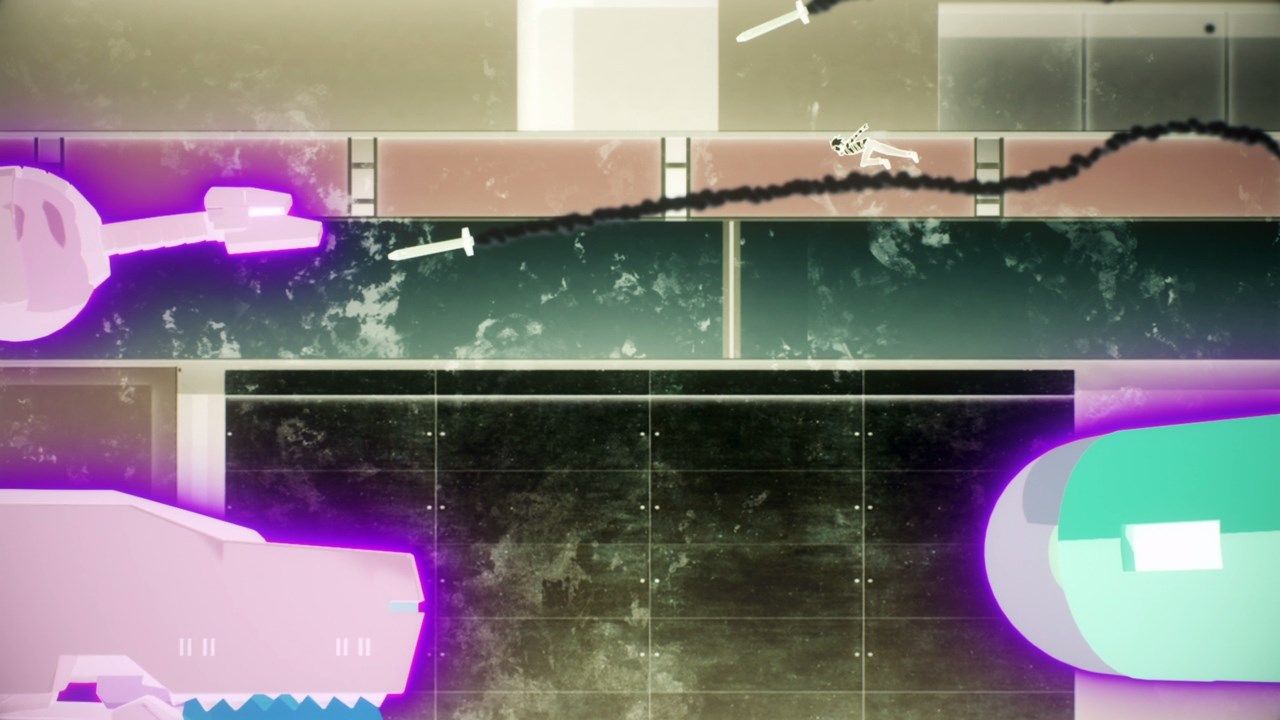 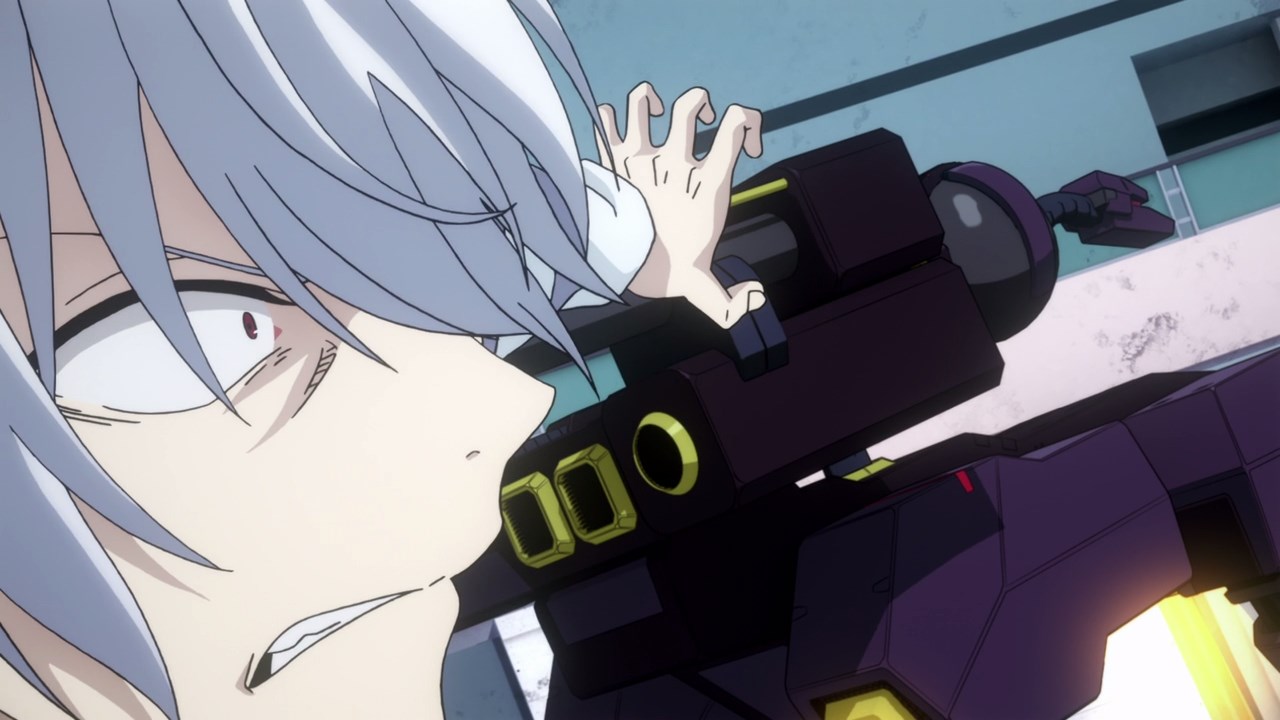 However, this mecha has an ability to switch places, meaning that Accelerator couldn’t land a hit against this mecha.

Turns out that this mecha is actually one of Mikihiko Hishigata’s creations, which Esther Rosenthal calls it as Taotie. Of course, I wonder if that certain Coffin will show up? 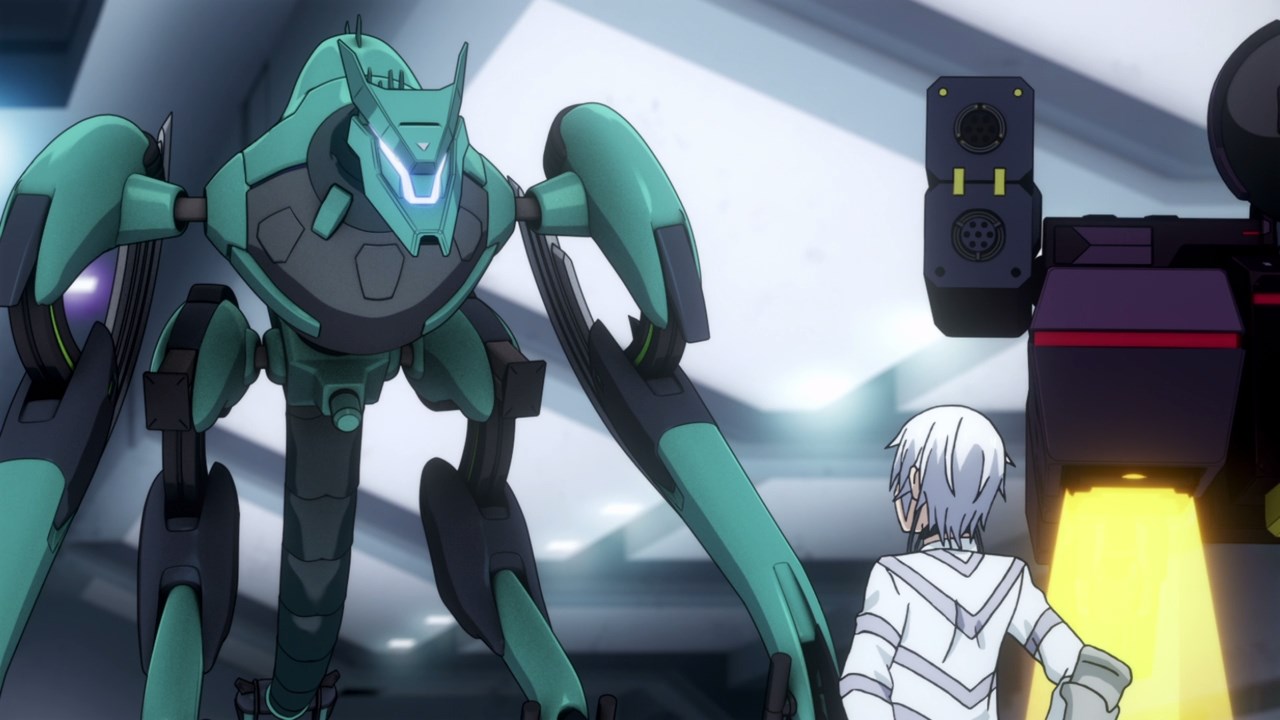 Well, seems that Qiongqi has arrived after briefly flexing its muscles a bit towards Accelerator back in Episode 3. 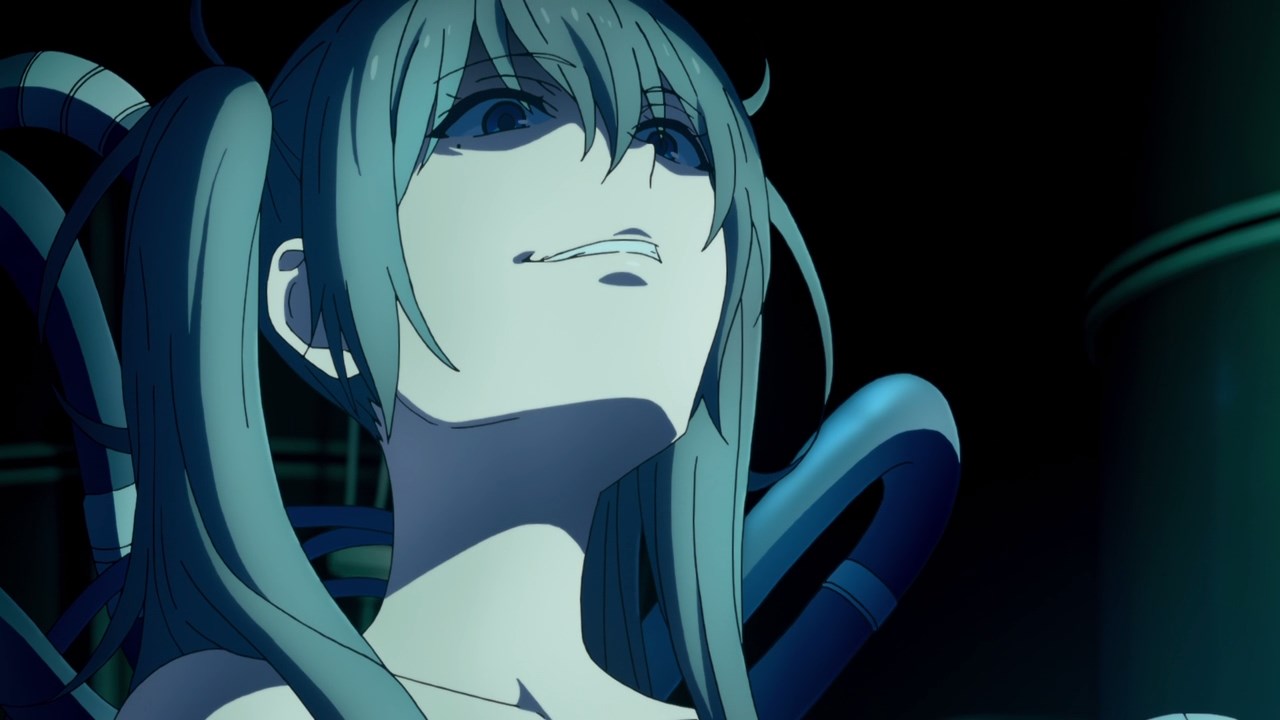 But this time, it’s being controlled by Hirumi as she’s interested towards the Level-5 esper. 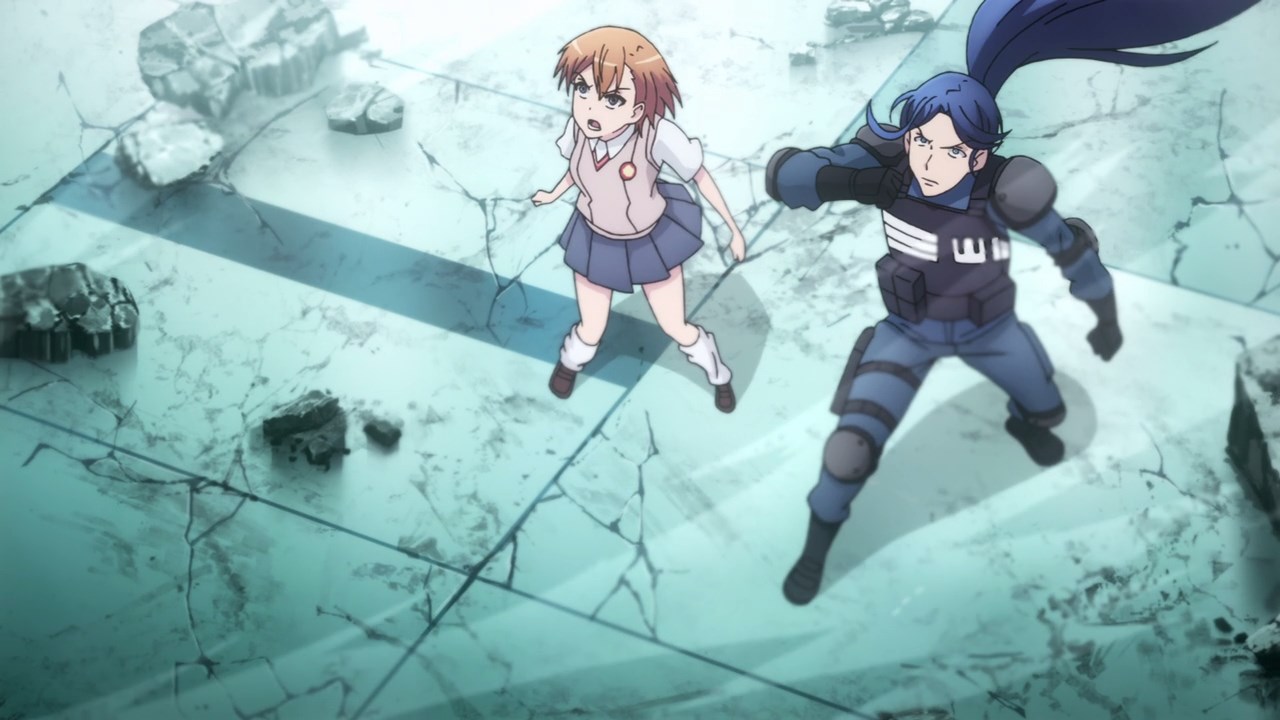 Of course, it gets even worse when Hirumi sends another Coffin to get what she wants… 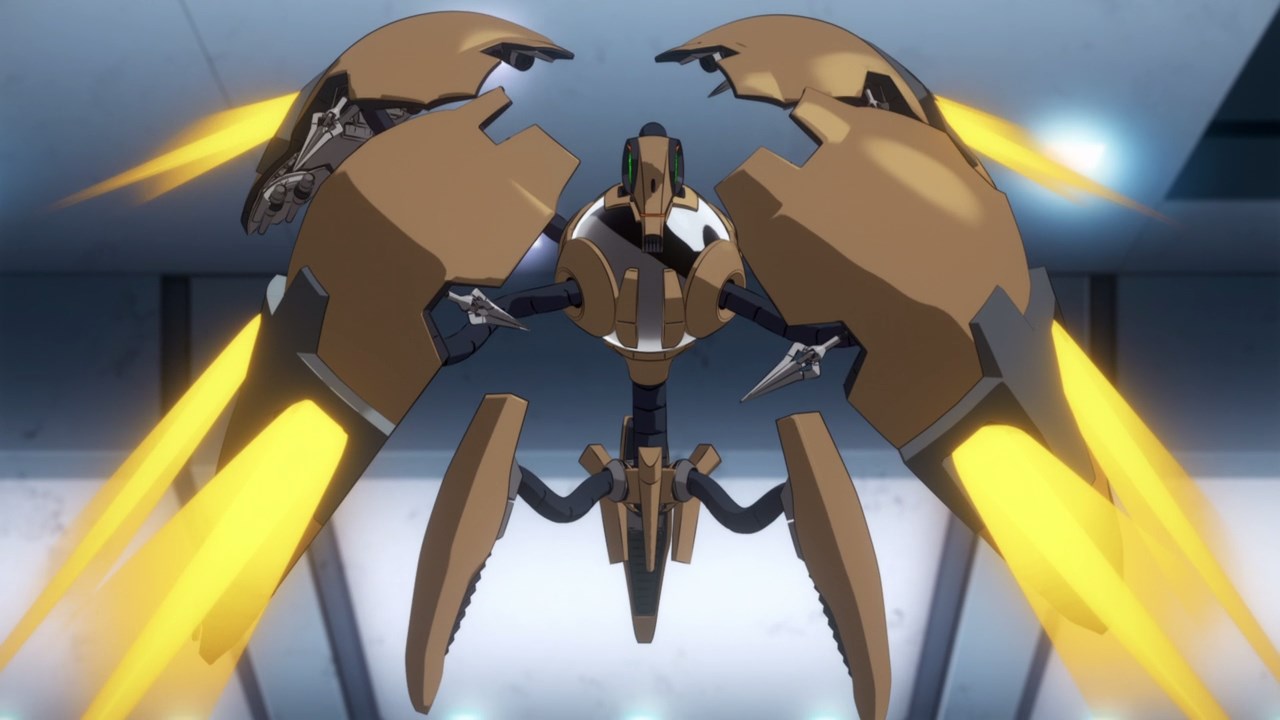 This is Hundun and its tentacle-like appendages is useful for grabbing everything. 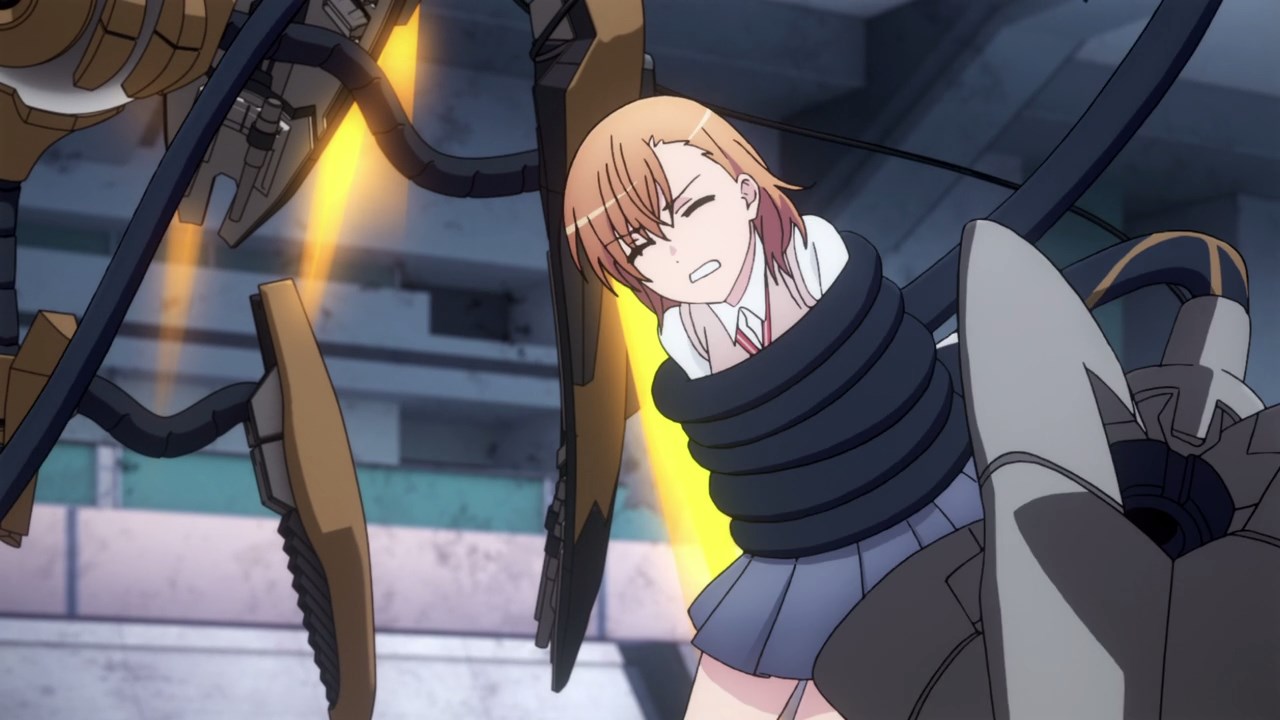 In fact, Hundun wastes no time grabbing MISAKA No. 10046 where she has precious data from the Level 6 Shift experiment. Of course, I’m curious to see how will Hishigata will use that data. 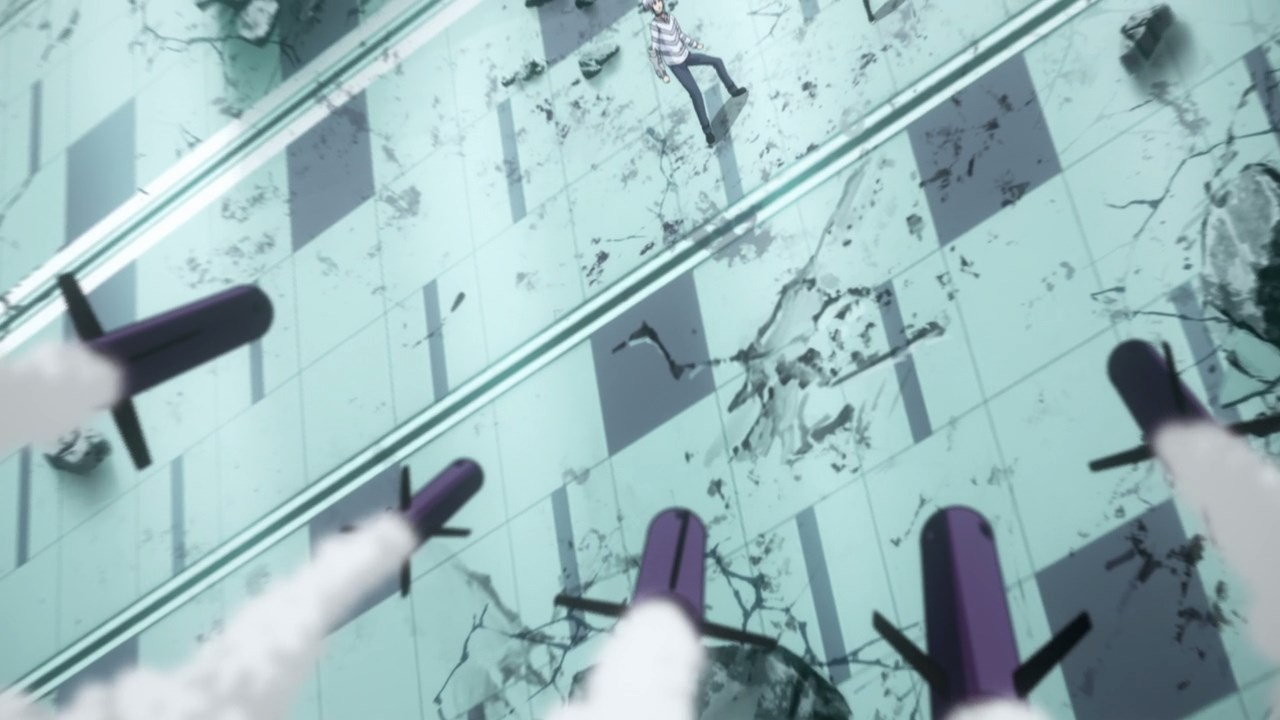 Now that the Coffins got what they wanted, there’s no point on staying for too long as they’ll just blow this factory up. 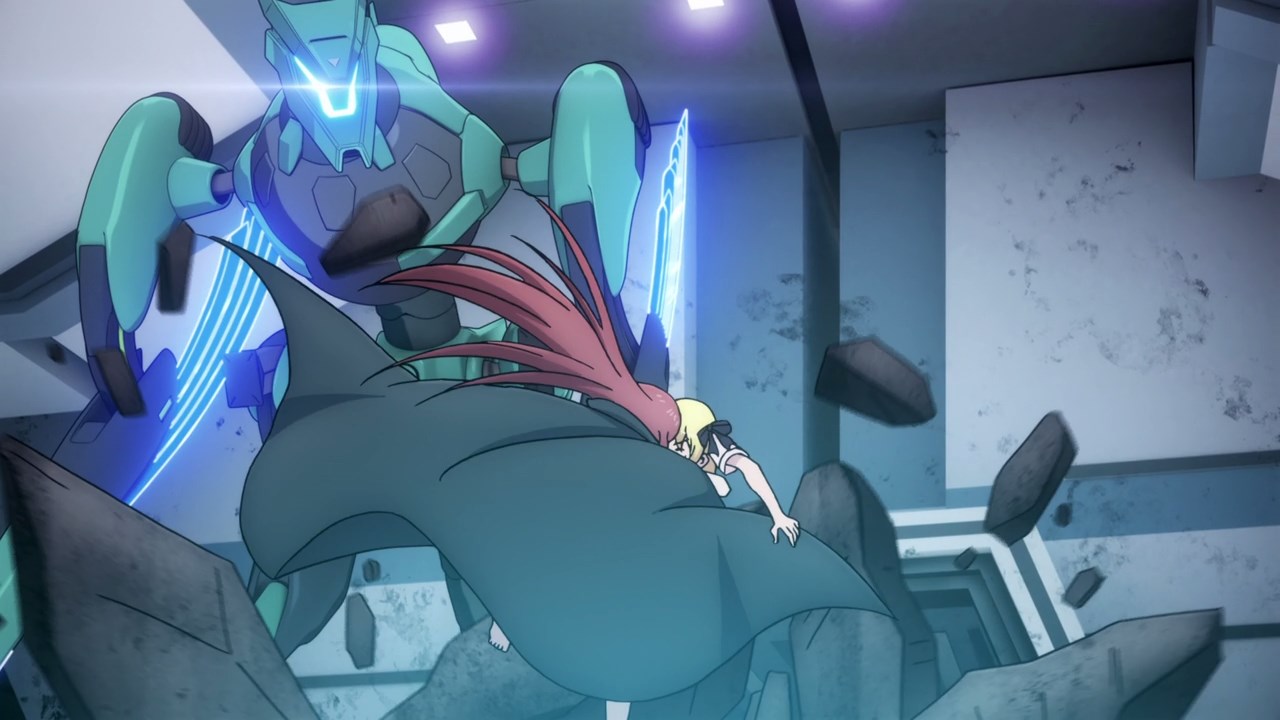 Of course, Hasami Hitokawa was alarmed that her master is in danger of being killed by a missile explosion, so she grabbed Esther Rosenthal and took her to safety… 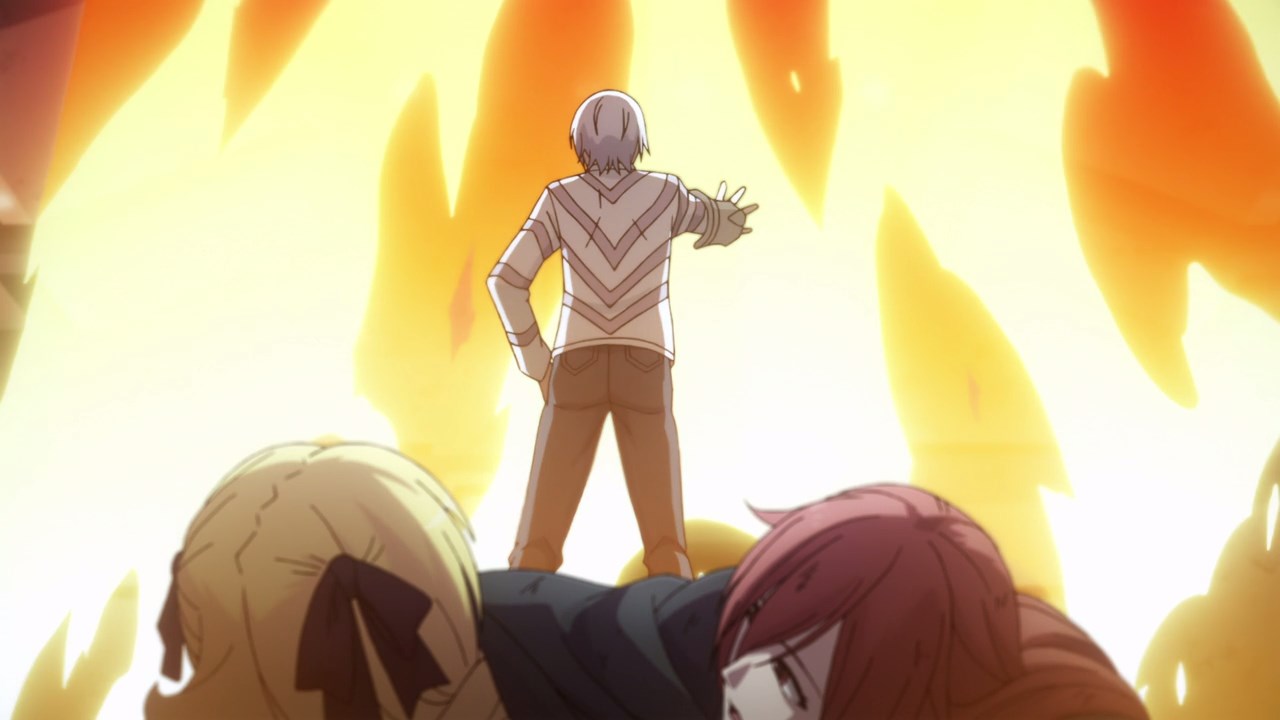 …all while Accelerator used his vector-manipulating powers to block those missiles. While they’re pretty much safe, the Coffins got what they wanted. 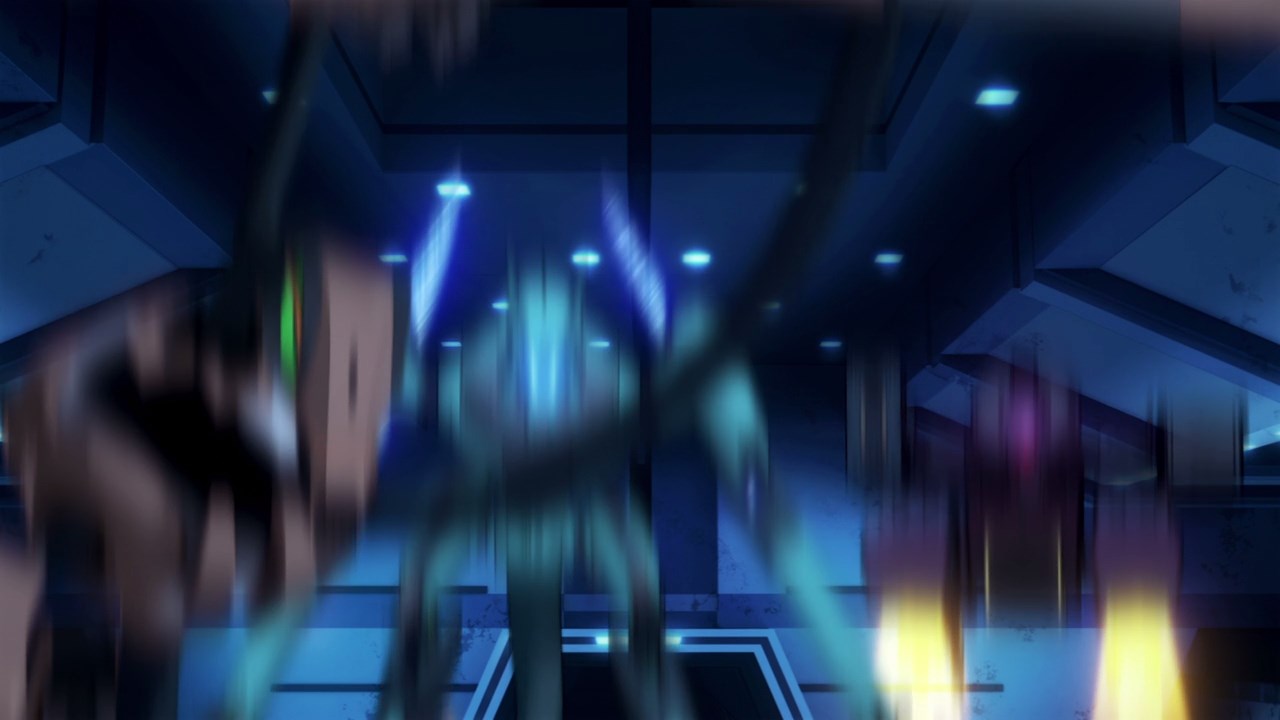 Thus, they escape yet again and all I can say is that Accelerator won’t let them get away with it. 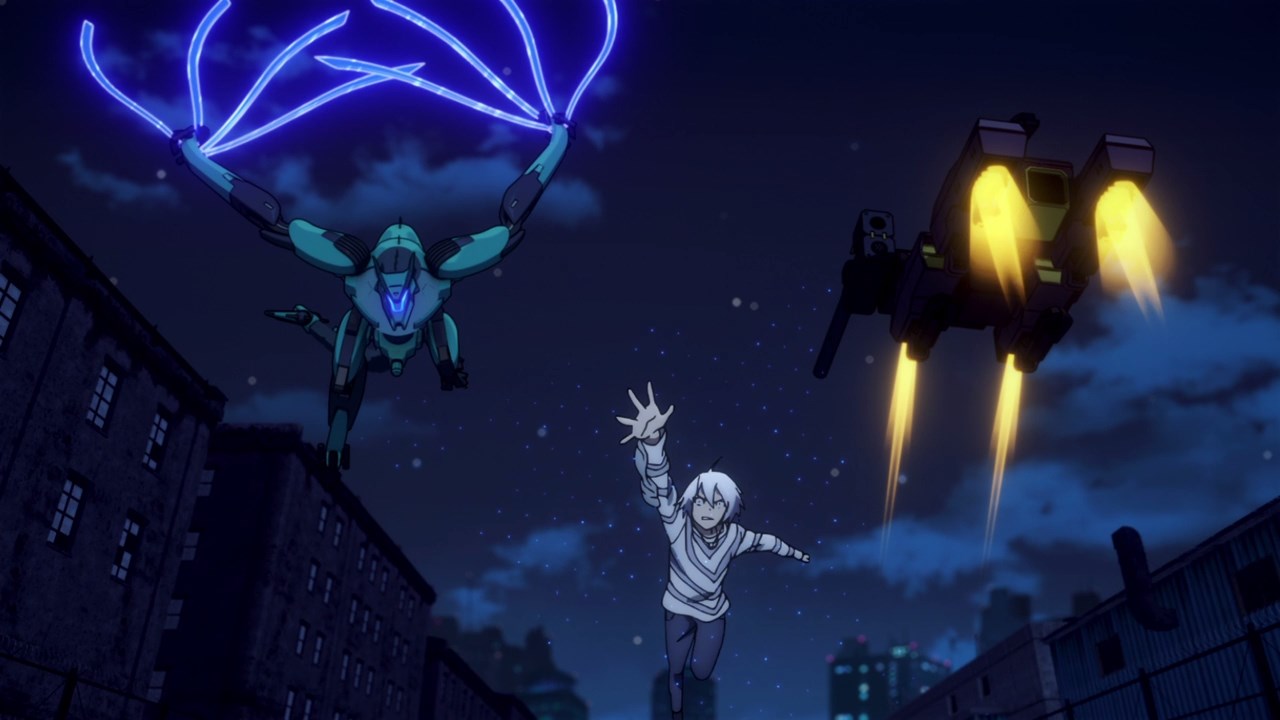 In any case, Accelerator went outside and chase Mikihiko’s machinations because he’s really pissed that these piles of junk outwitted him. Then again, Mikihiko Hishigata wants to trap this Level-5 esper because he really want to put Accelerator inside his creation. 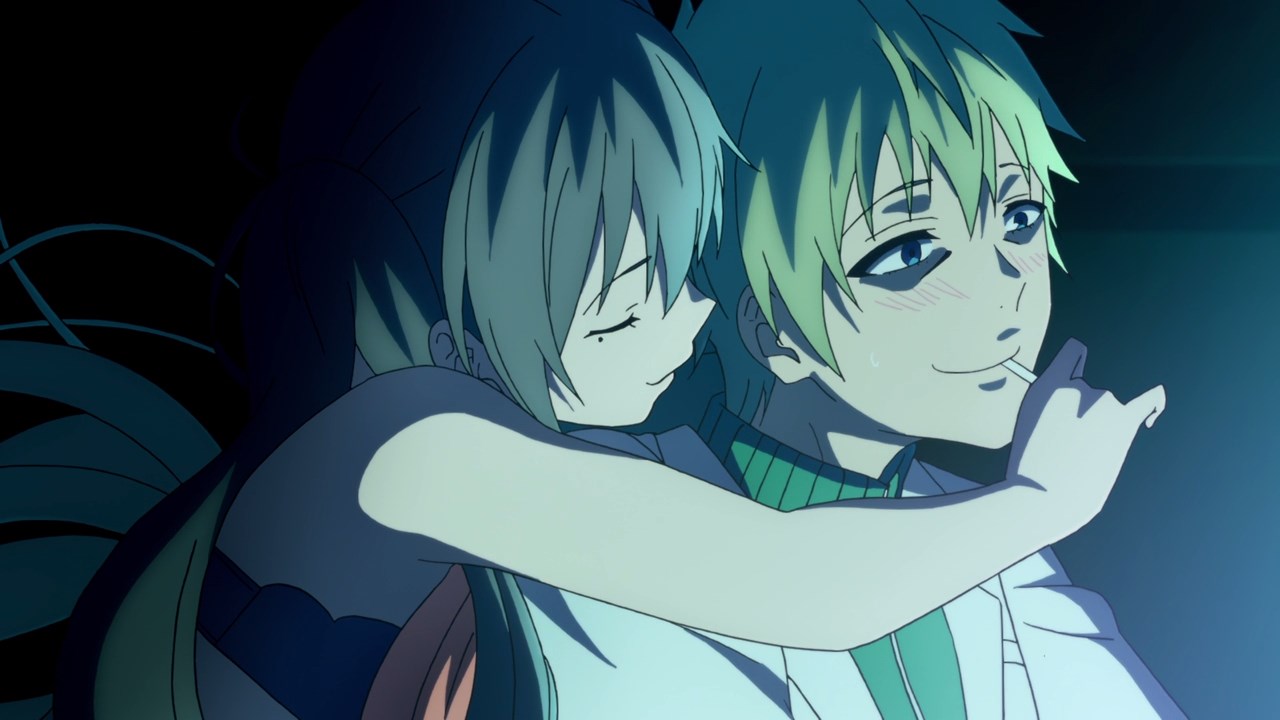 Oh and speaking of Mikihiko Hishigata, it turns out that he’s actually a brother to Hirumi… in the most disturbing way ever.

Of course, I’m still curious on why he wants the data of the MISAKA Sisters. Will he use the data to Hirumi or something else? 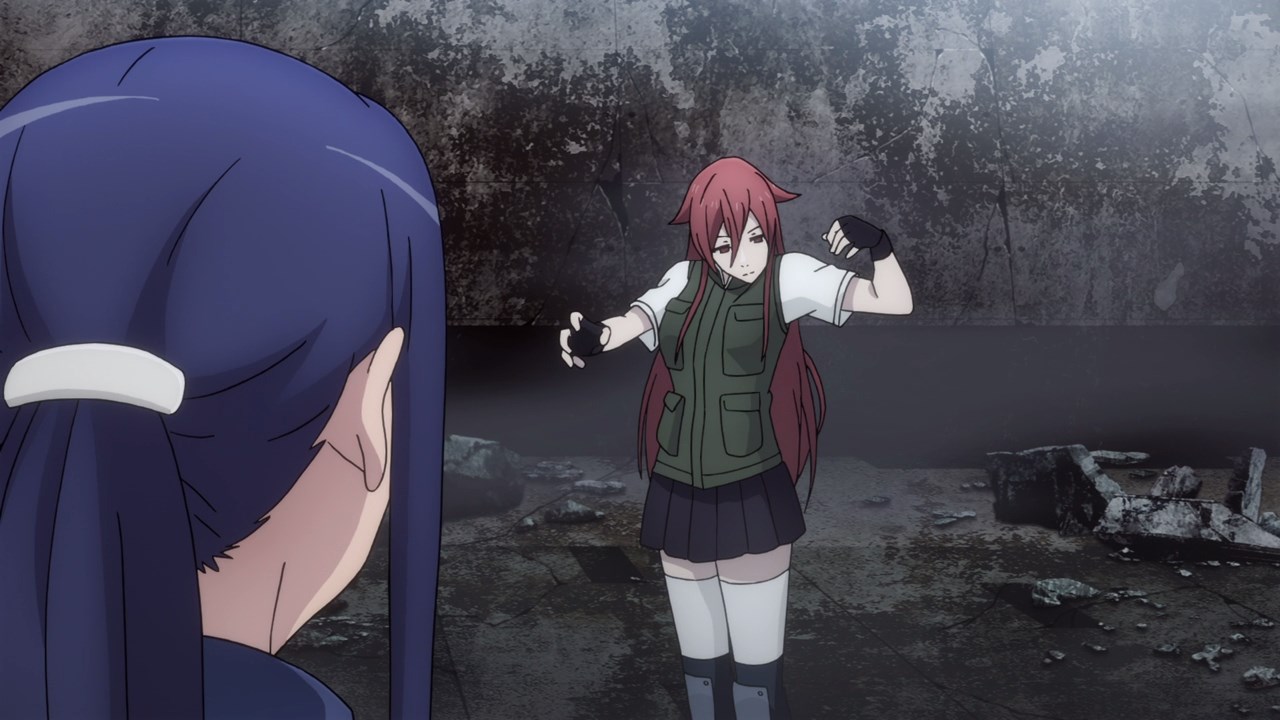 Back at the factory, it appears that Hasami Hitokawa is now wearing clothes instead of covering herself with a large cape. 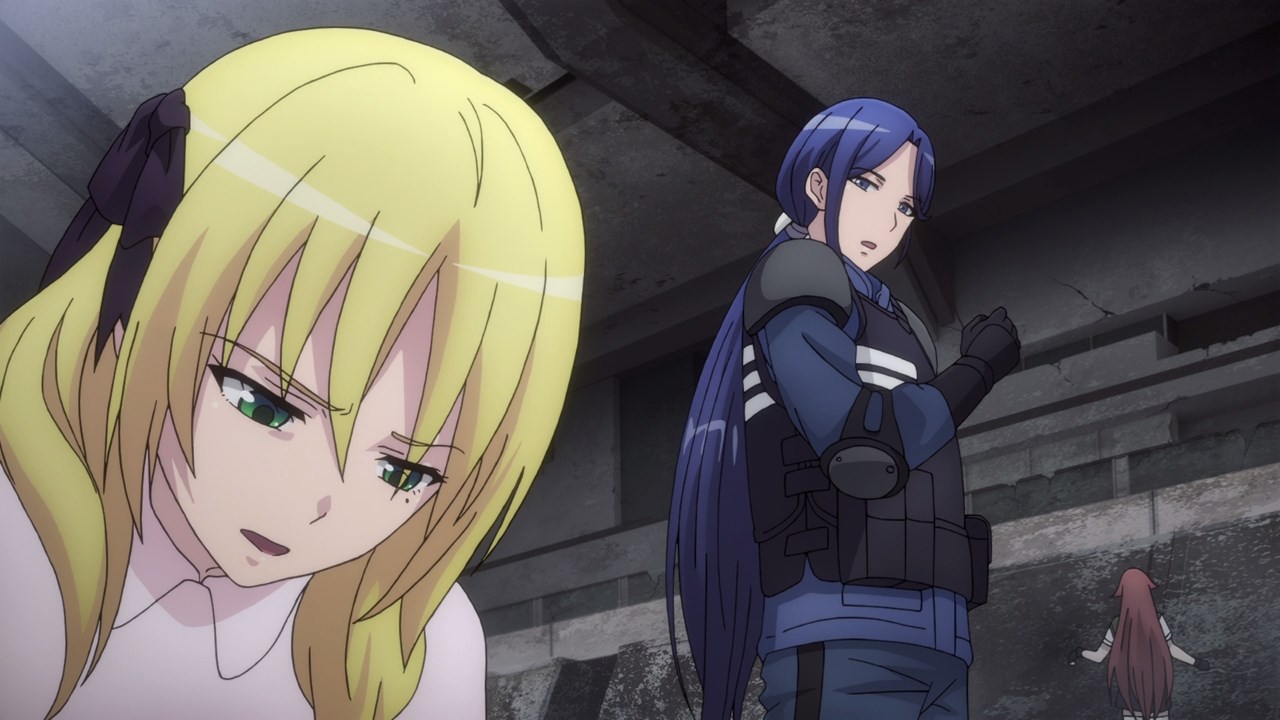 On the other hand, here’s Esther Rosenthal where she’s having regrets over her necromancy teachings to Mikihiko Hishigata. C’mon, Esther can’t cry over spilled milk because it’s already happened.

While Aiho Yomikawa told Esther Rosenthal that Anti-Skill will handle it, I don’t think she’ll handle something that’s complicated, especially when magic is involved. 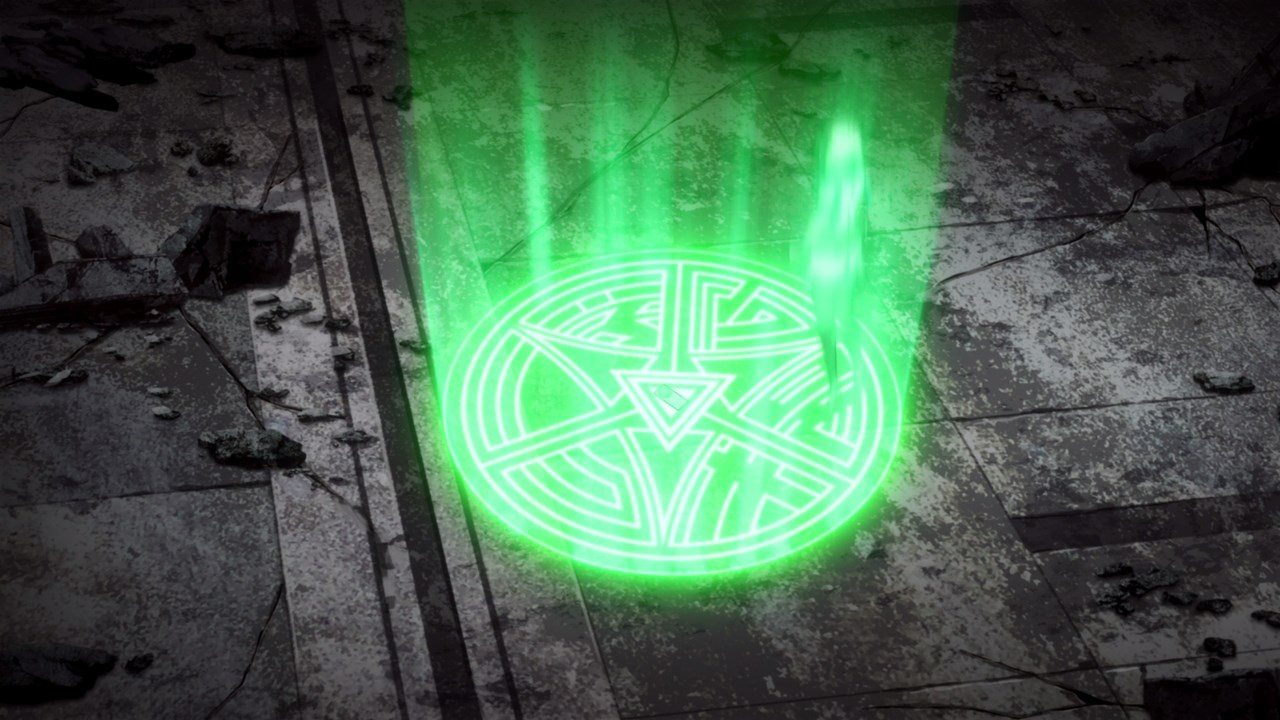 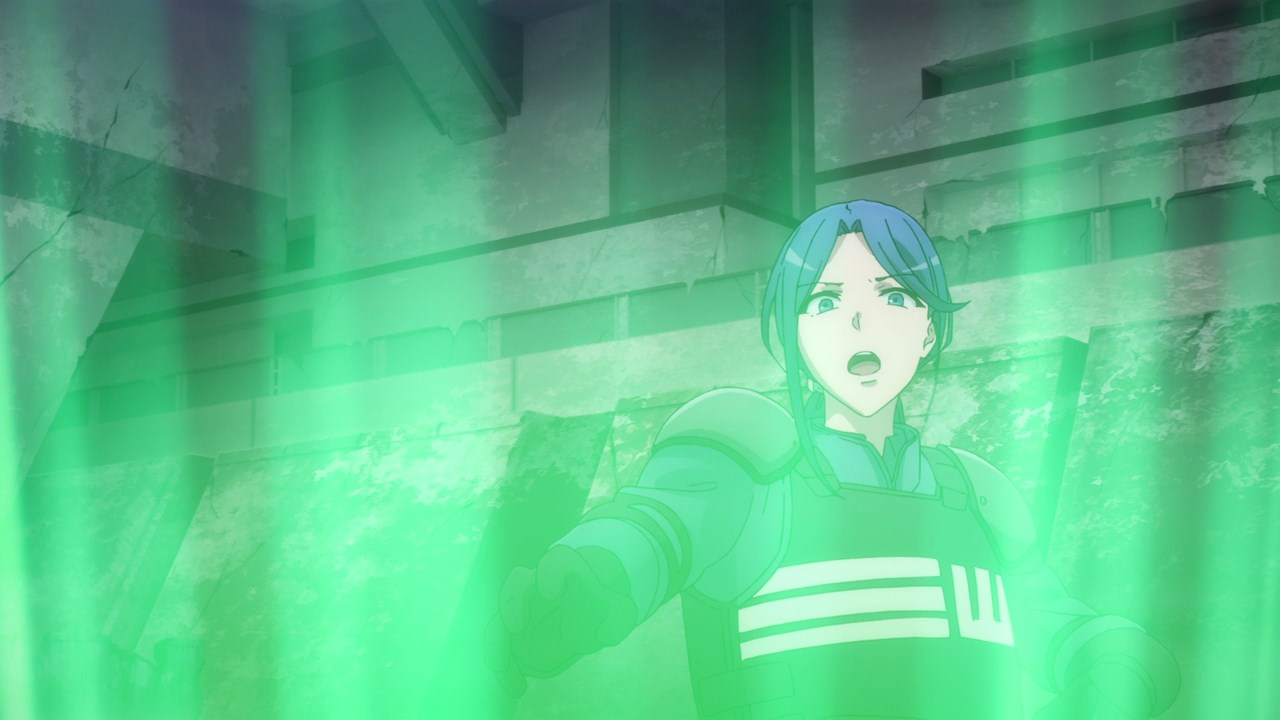 And so, Esther Rosenthal went outside to clean up her mess since she’s the one who teached necromancy to Mikihiko Hishigata. Oh yeah, and Esther is joined by Hasami Hitokawa since it’s dangerous to go alone.

Well Aiho Yomikawa, it appears that you and the rest of Anti-Skill are not involved on Esther’s mess. But hey, at least you managed to destroy Disciplinary Action. 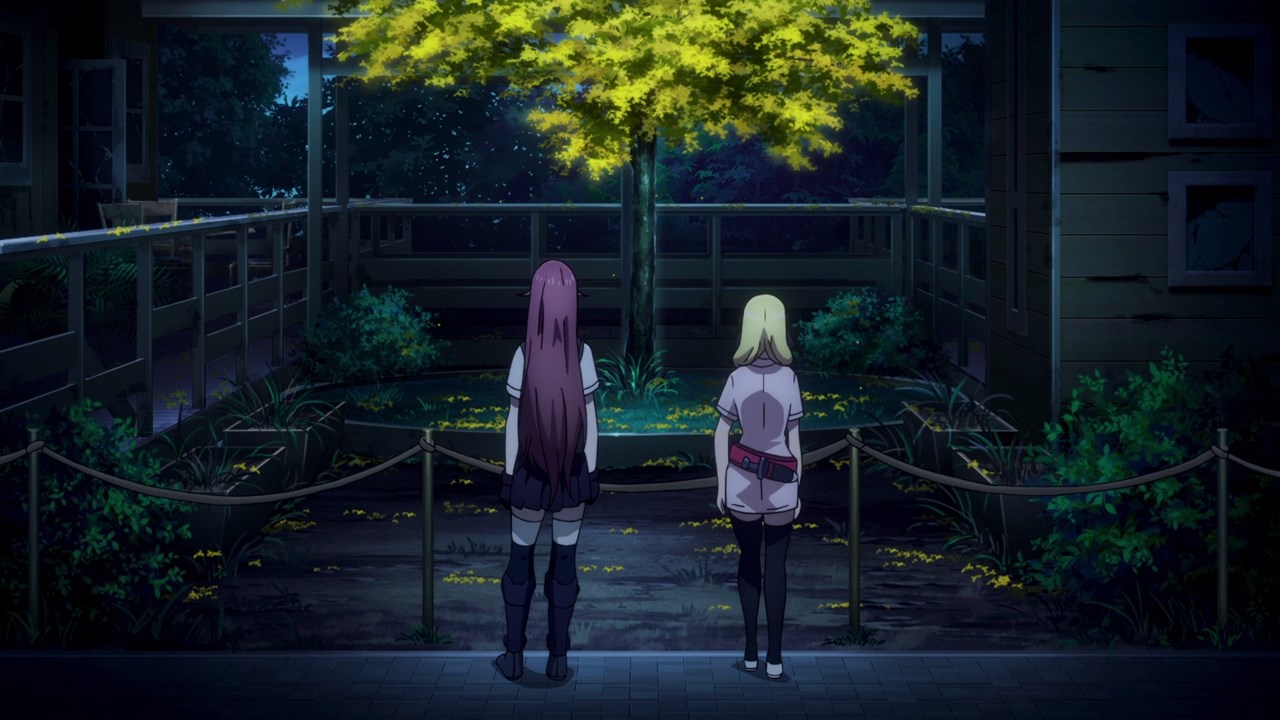 Then again, I wonder what Esther will do to stop Mikihiko and his machinations as those Coffins might go out of control at some point? Anyways, tune in next time to find out…