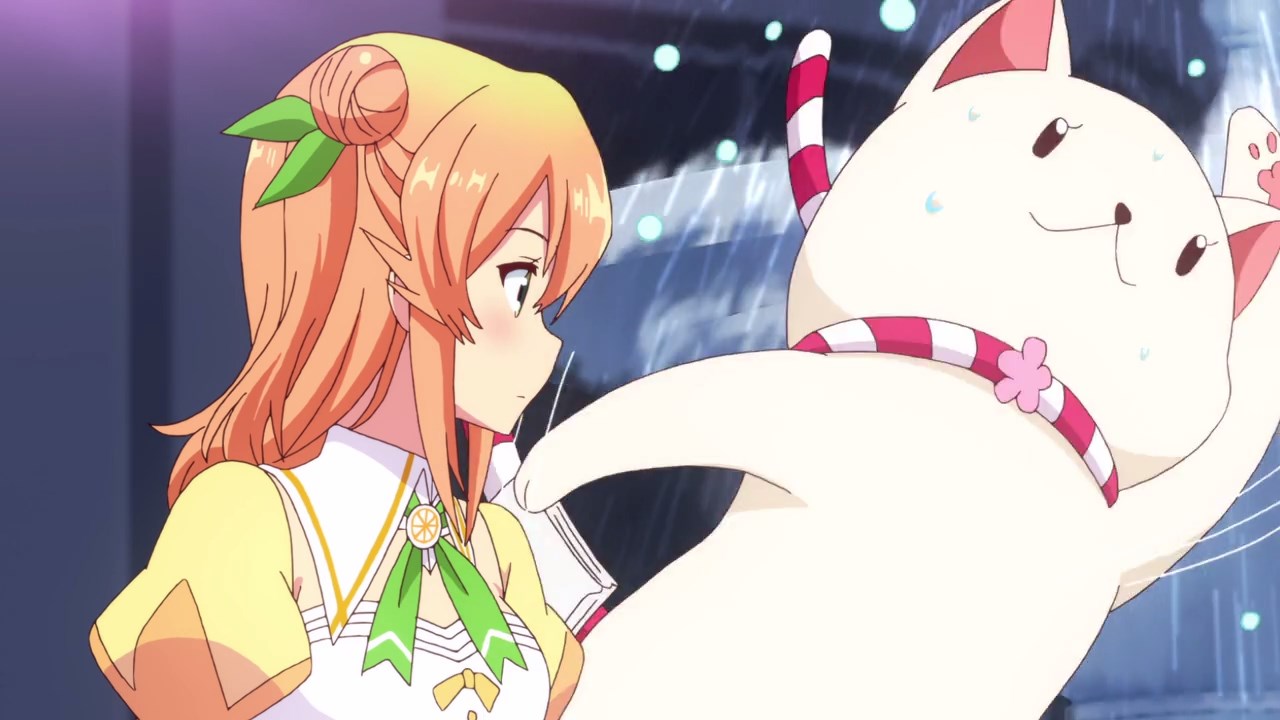 Oh boy, looks like Yuko Yoshida is in a tight situation where she encountered this magical girl who patrols this area. In fact, she was alarmed that there’s a demon roaming around the city.

Yeah, Shamiko don’t wanna get blasted away by this magical girl, so she tries to get away from her but I feel that Yuko will have a hard time getting out of this mess! 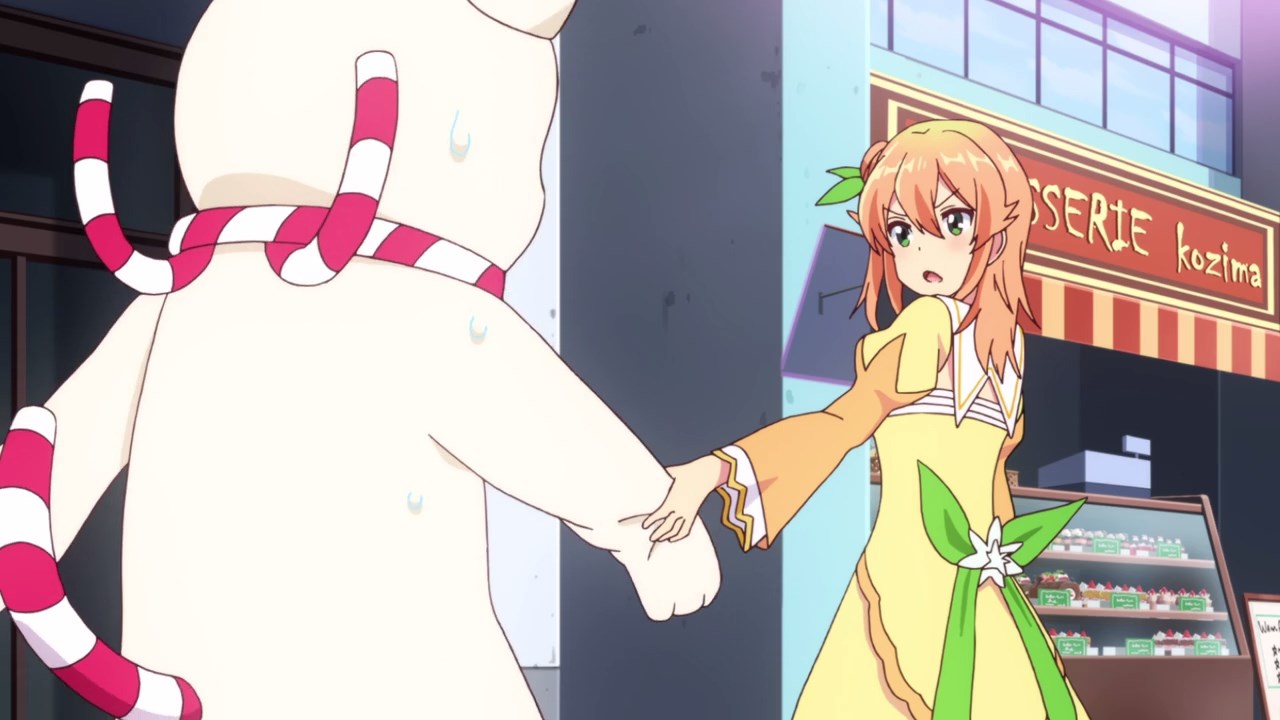 Then again, it appears that this magical girl is getting suspicious towards Yuko that she wants to strip her naked. Um miss, I don’t think it’s a good idea to take off Yuko’s Tama Sakura costume because she’s really scared of you! 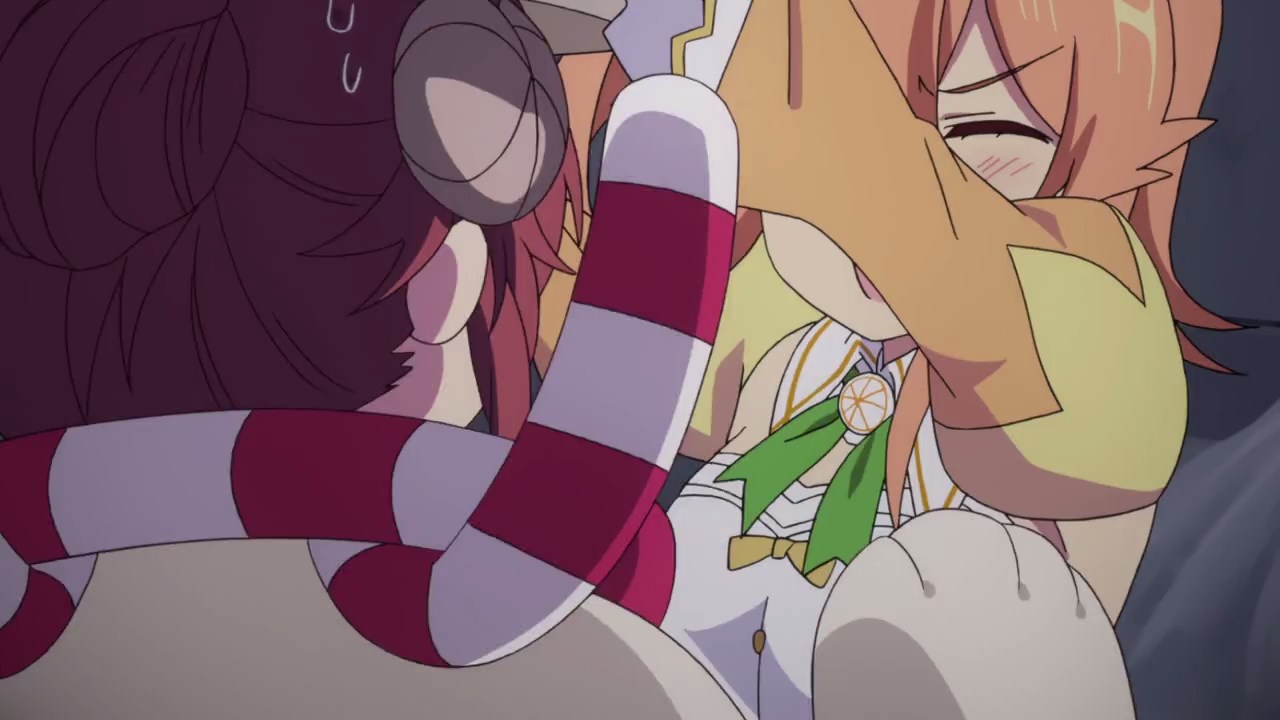 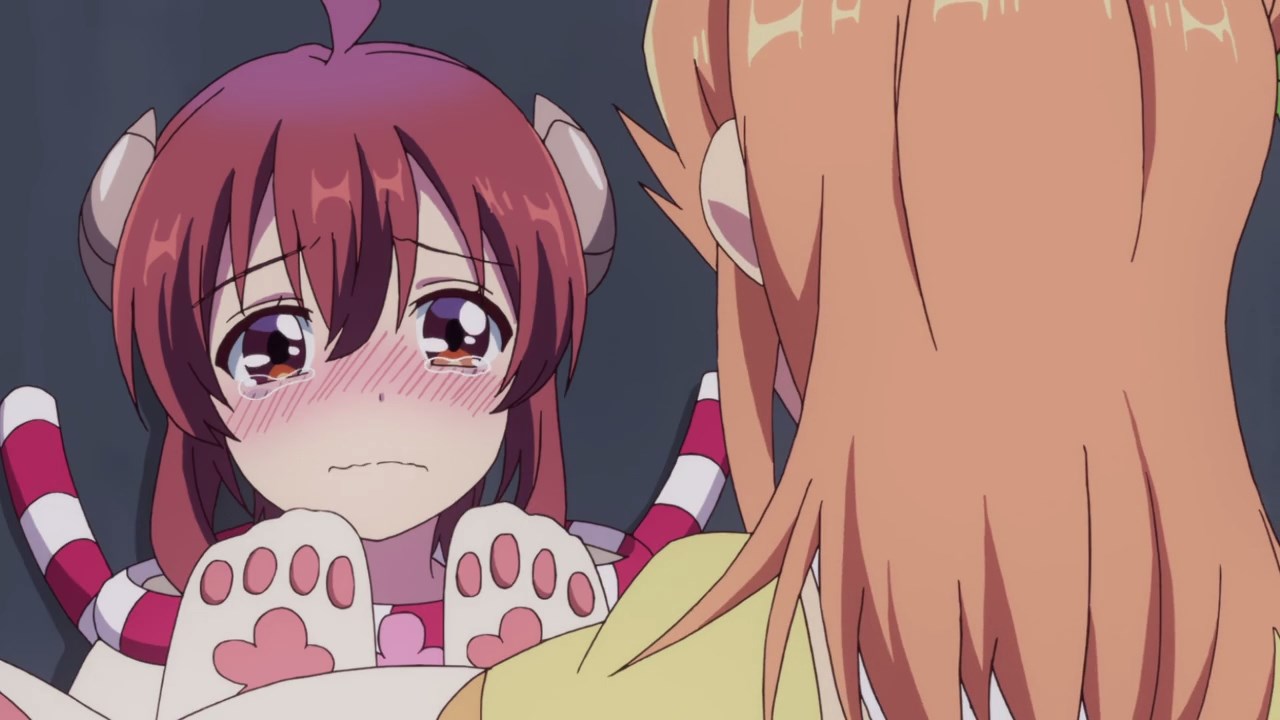 See, Yuko is getting traumatized now that her face is revealed and she’s gonna get killed by a magical girl. 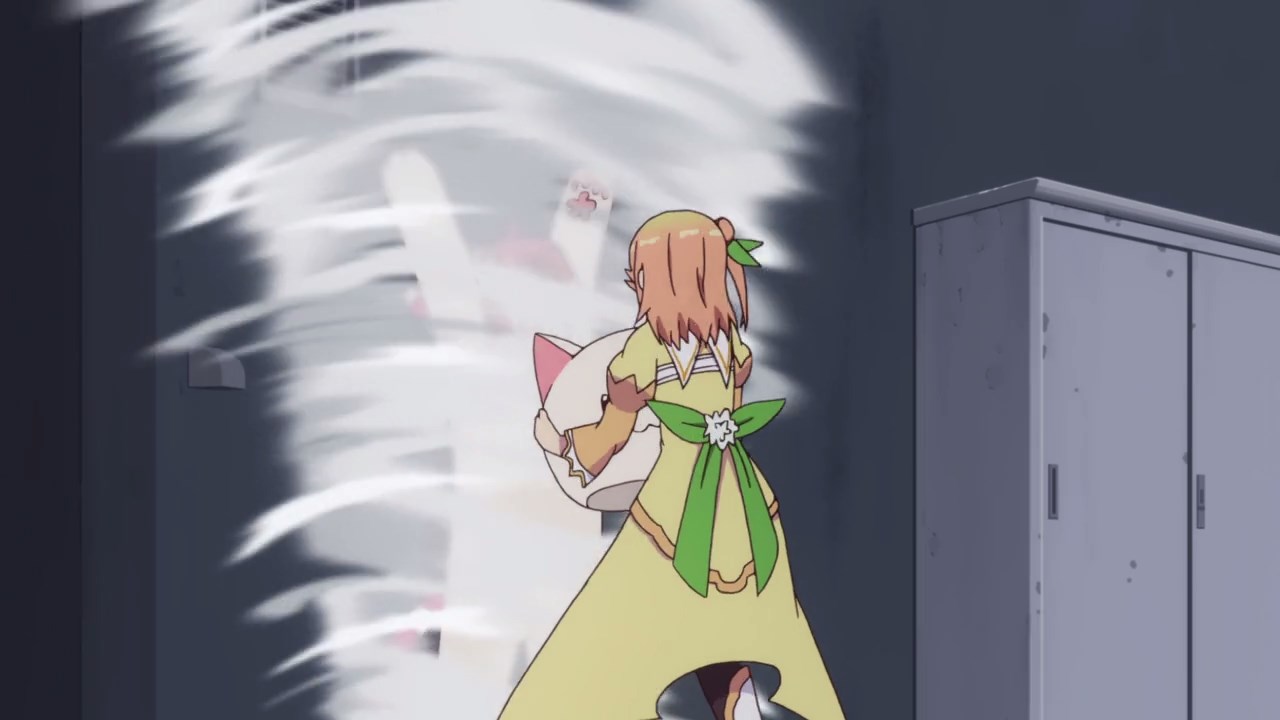 But you know what, when Shamiko is being threatened by someone, it’s time for her to transform into her Crisis Management Form! 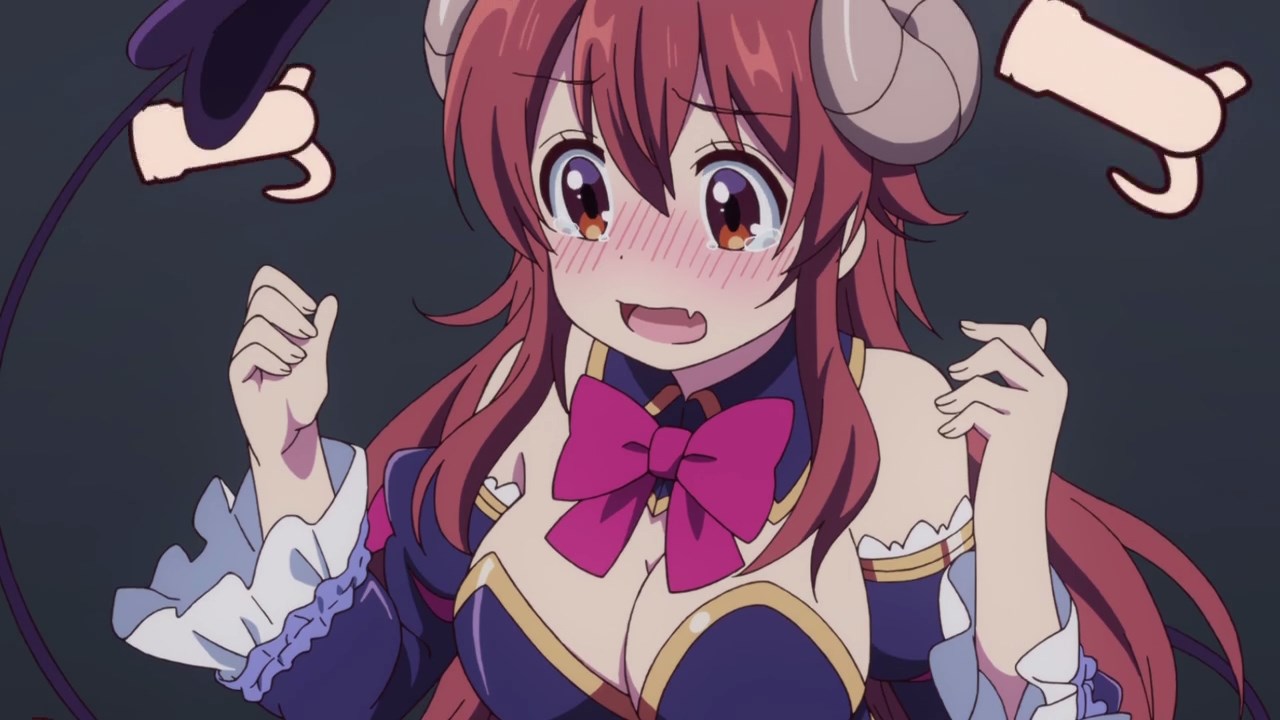 Then again, Shadow Mistress Yuko’s Crisis Management Form doesn’t give enough power to fight back against a magical girl. Rather, Shamiko is embarrassed that she has to wear skimpy clothing when trouble arises. 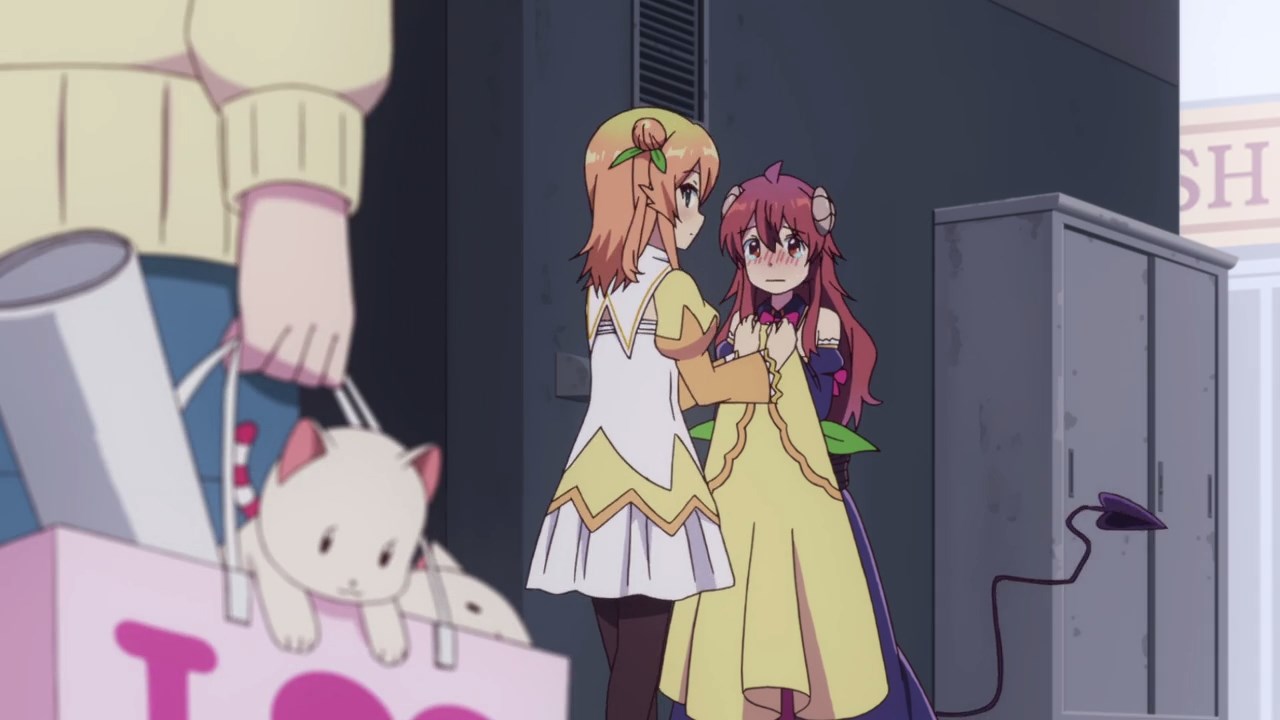 However, it seems that Yuko won’t have to fight this magical girl as a certain someone appeared to rescue her… somewhat. 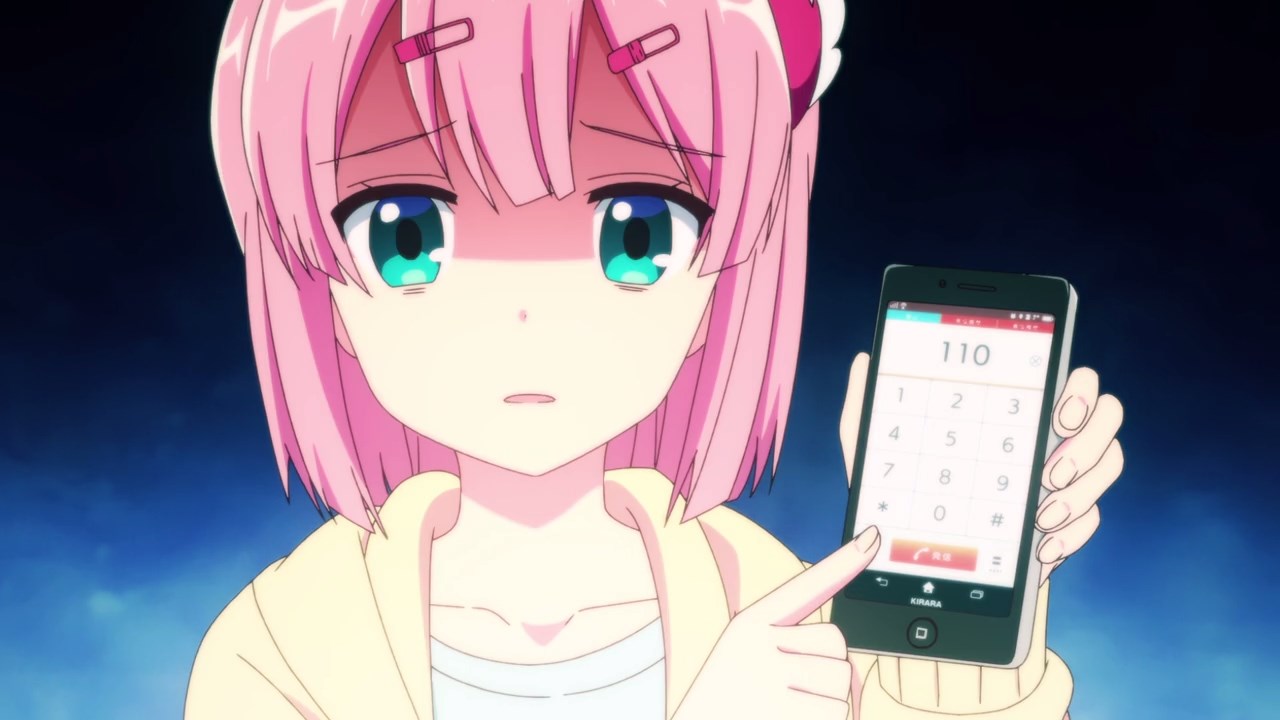 Oh yeah, about that magical girl who’s attempting to dispose Yuko Yoshida? Turns out that she’s actually Momo’s friend named Mikan Hinatsuki in which she arrived at Tama City because she’s concerned about Momo and her failing health. 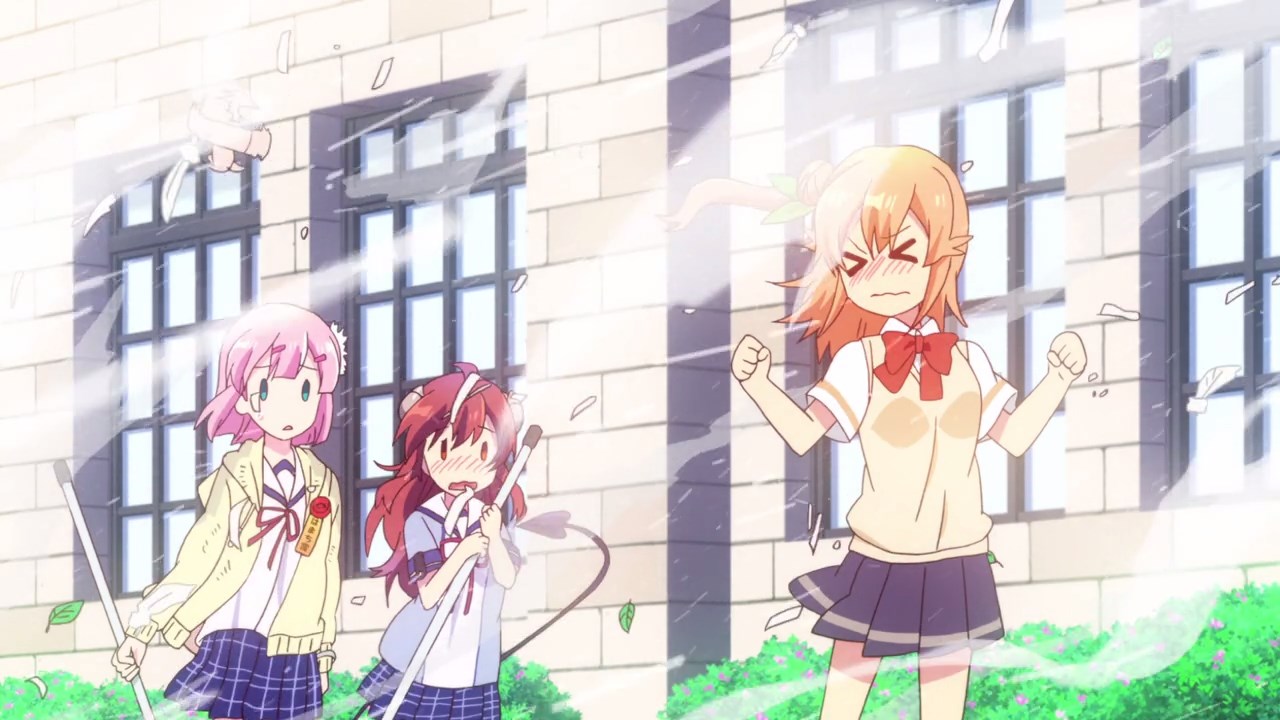 But let’s talk about Mikan Hinatsuki for a second as it turns out that she has a curse in which Mikan befalls into bad luck when she’s excited or distressed.

As you can see, Mikan summoned a powerful gust of wind which blows everything, including Shamiko’s ancestor statue. Um Shamiko, I think you should get your statue before it’s lost forever. 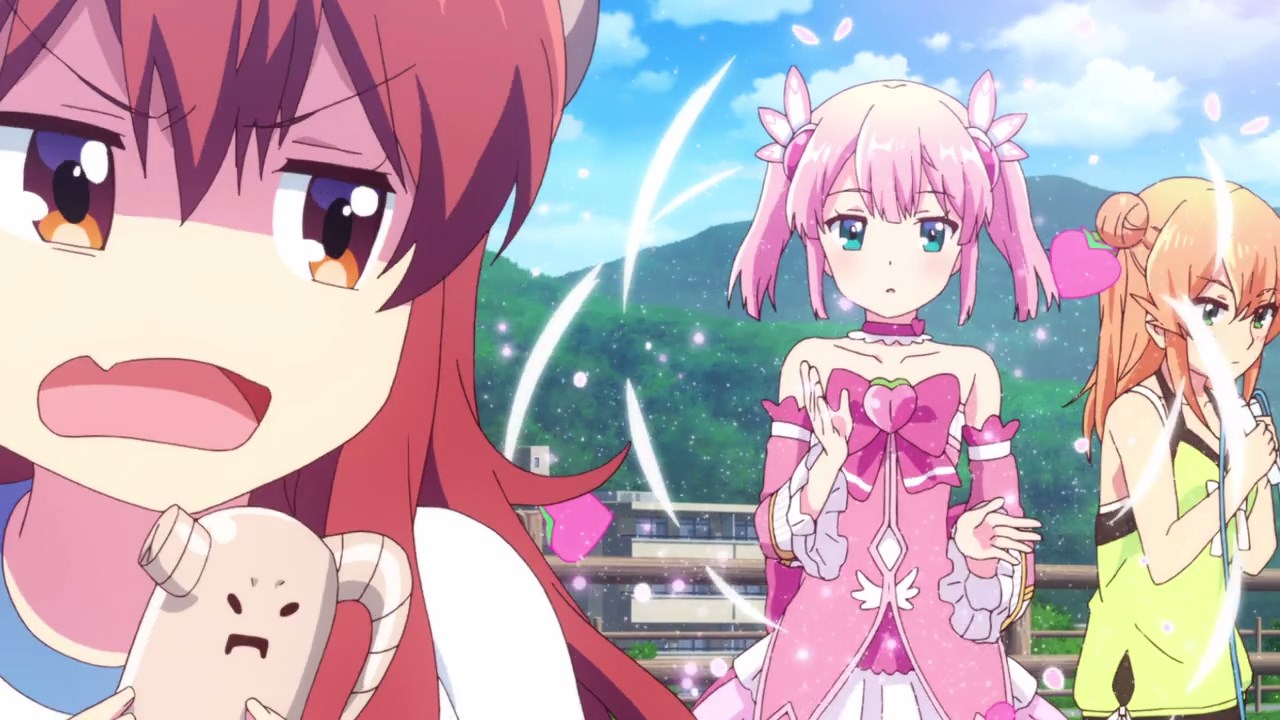 Now then, let’s move onto the next scene where Momo Chiyoda teaches Yuko Yoshida on how to transform… in nanoseconds.

Of course, the reason why Momo wants to teach Yuko some instant transformation because she’s embarrassed on doing long transformation sequences every time. 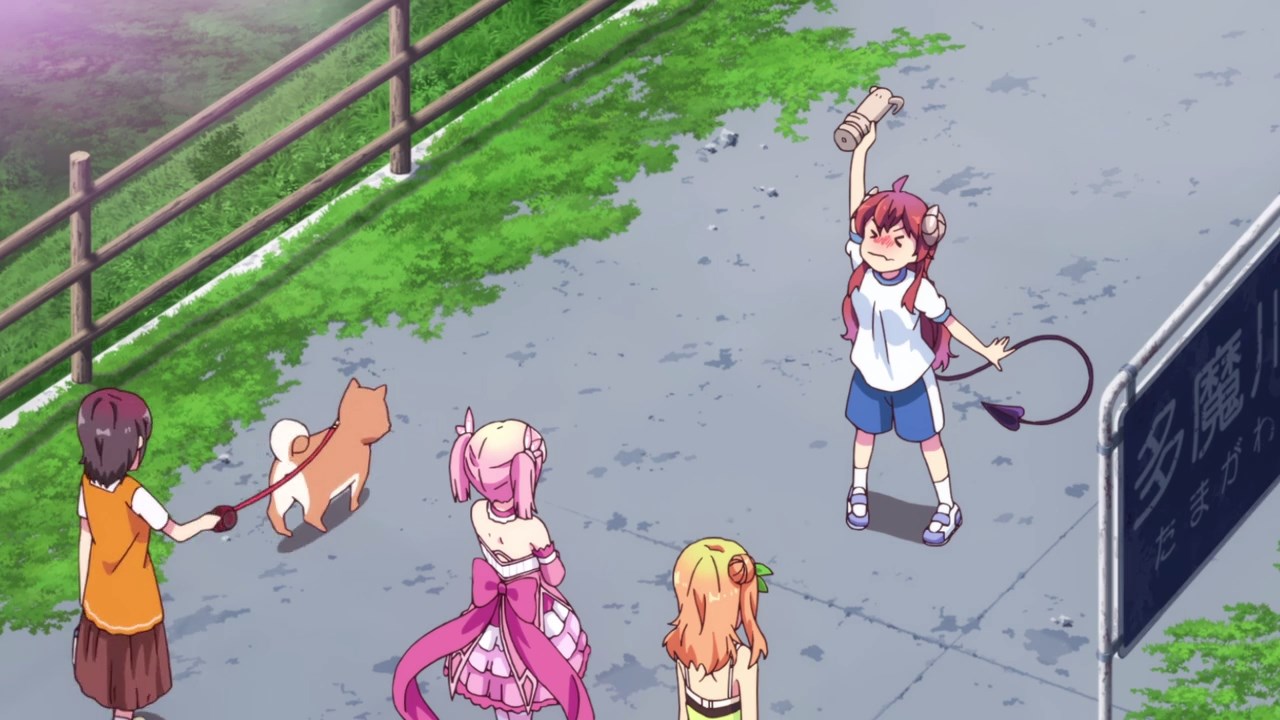 Anyways, Yuko Yoshida tries to transform into her Crisis Management Form, but nothing happened. Why Shamiko can’t transform like Momo and Mikan? 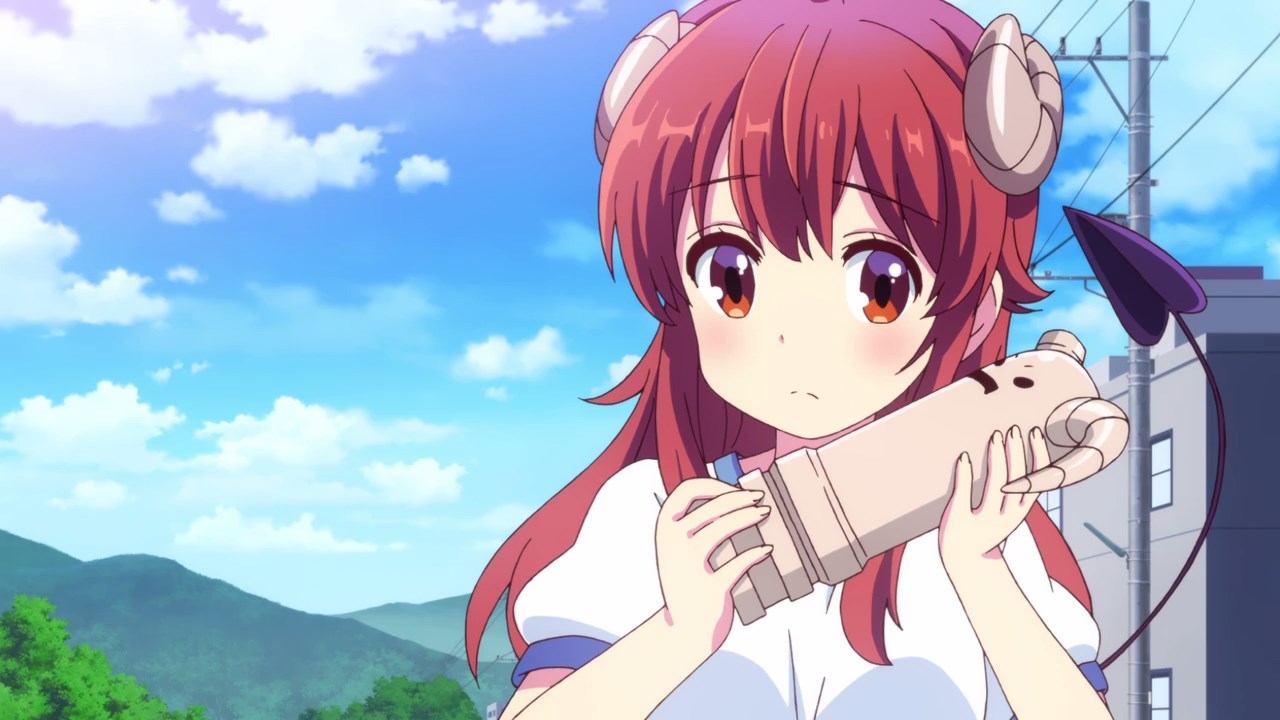 Well, Lilith explained that she needs to be in a situation when her life is in danger. Y’know, it makes sense to think about Shamiko’s Crisis Management Form as she’s being threatened by anything, which is why she transforms into a sexy demon. 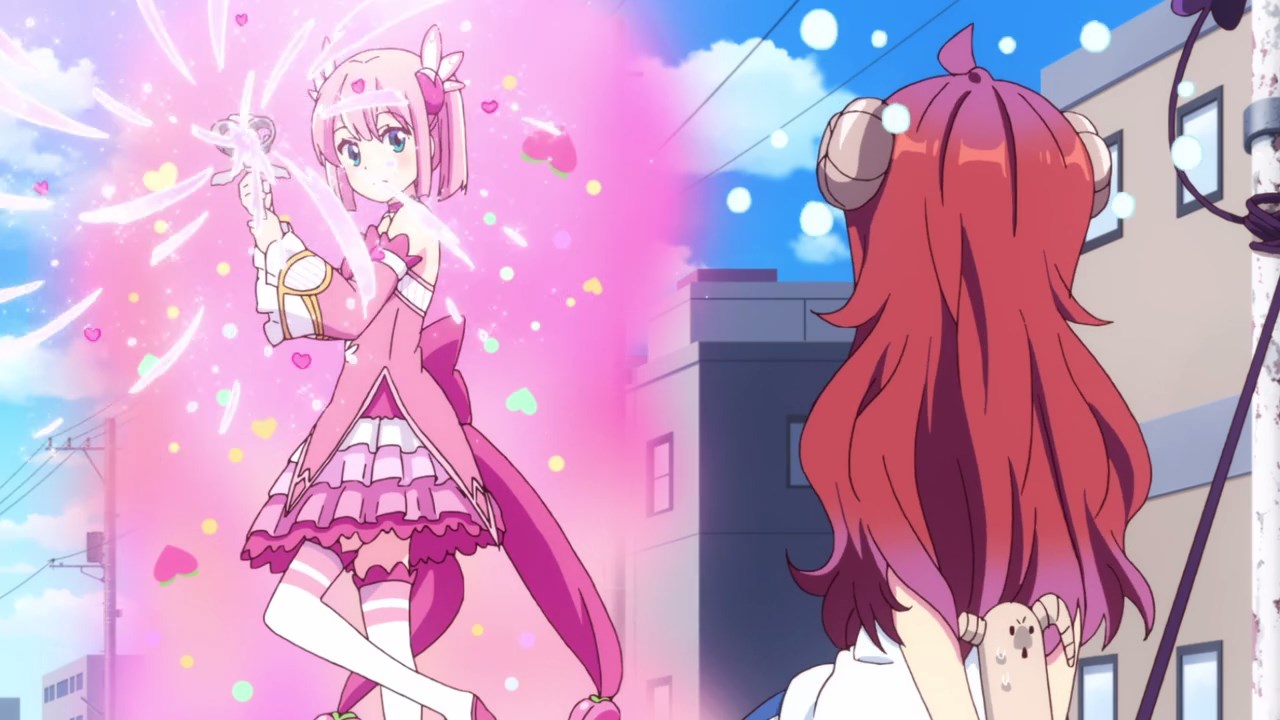 But, that gave Momo Chiyoda an idea to flex her muscle and gave Yuko Yoshida a wallop to see if she can transform into her Crisis Management Form. Um Momo, please be gentle towards Shamiko! 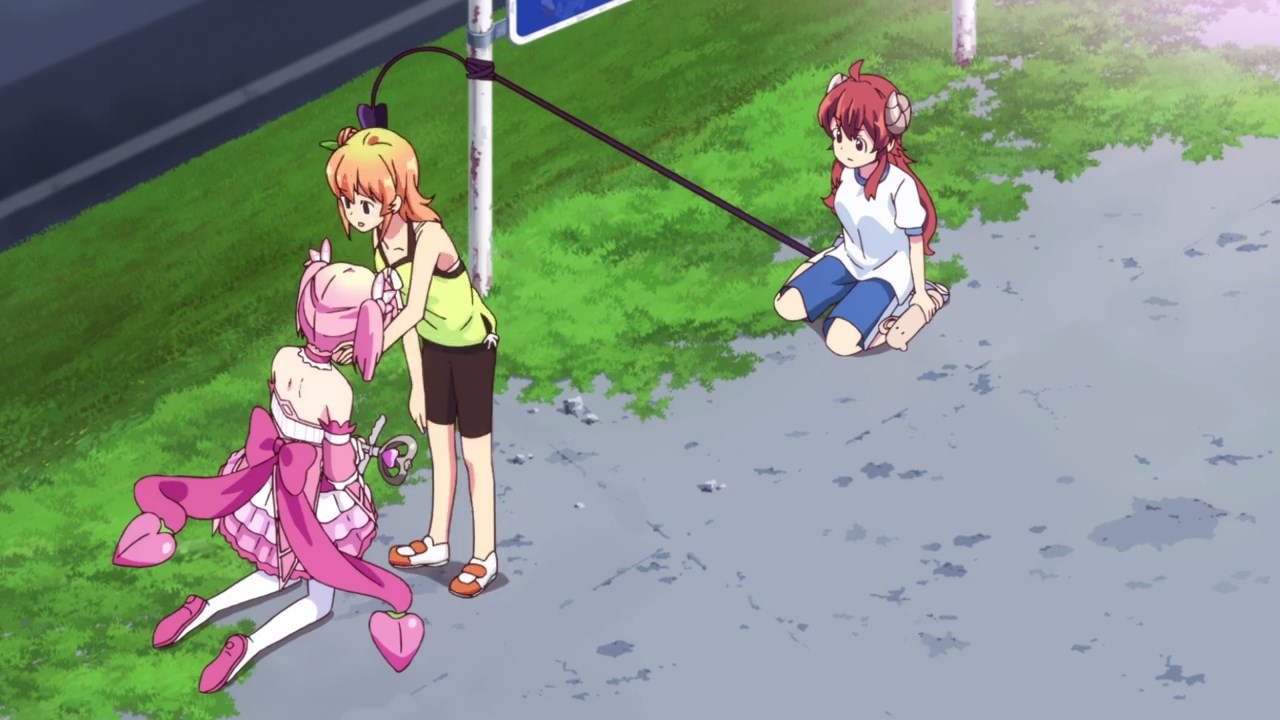 On second thought, it appears that Momo is getting groggy all of a sudden that Mikan came to her aid. Seems that she’s still sick after Yuko accidentally offered her blood to the Dark Clan statue. 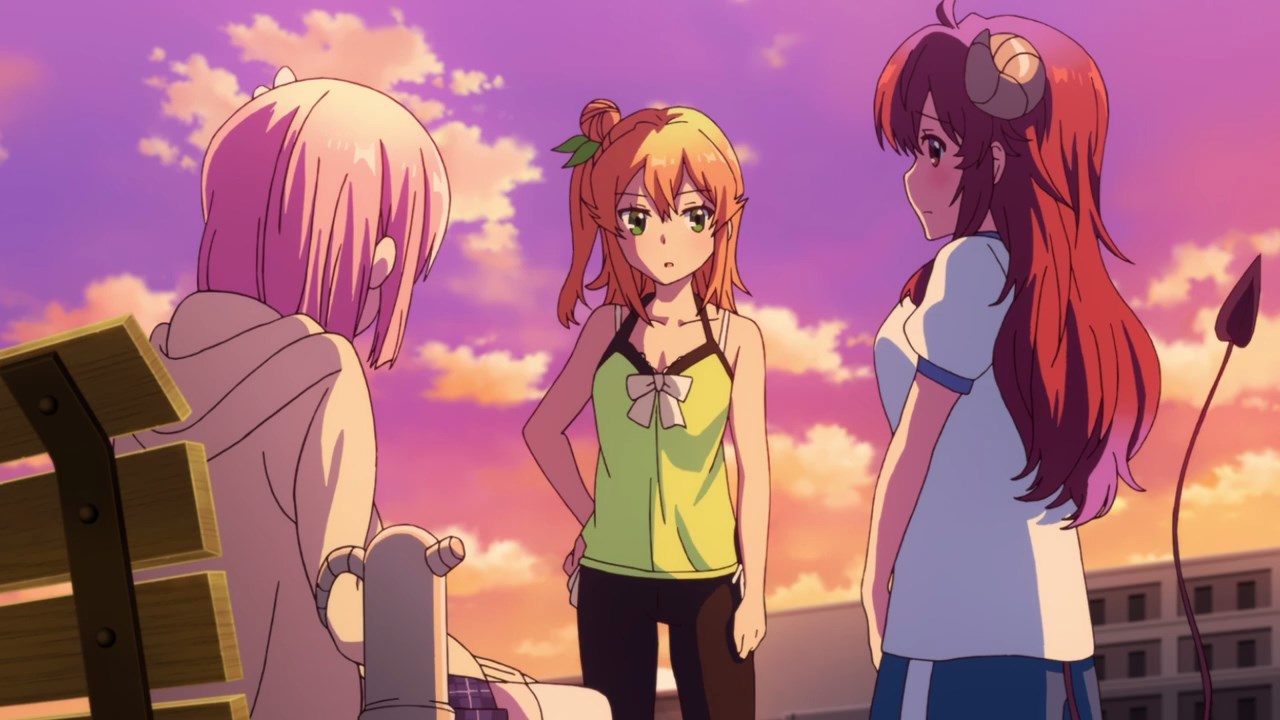 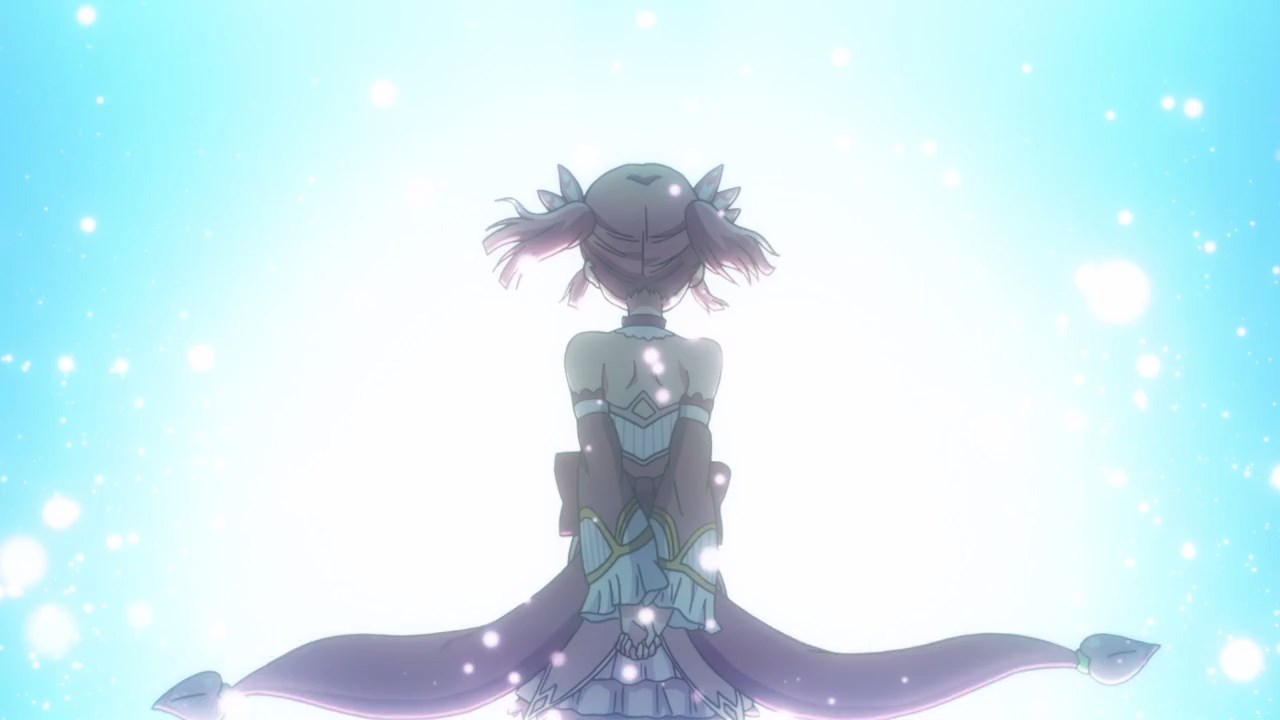 You see, if Momo loses her magic, her body disintegrates until there’s nothing left. By the way, her soul remains but Momo Chiyoda can’t maintain her physical form for much longer since she lost her magic powers.

Gotta say that Shamiko is alarmed by this revelation, although she’s the one at fault for offering Momo’s blood to her ancestors that she becomes weak and getting sick most of the time. 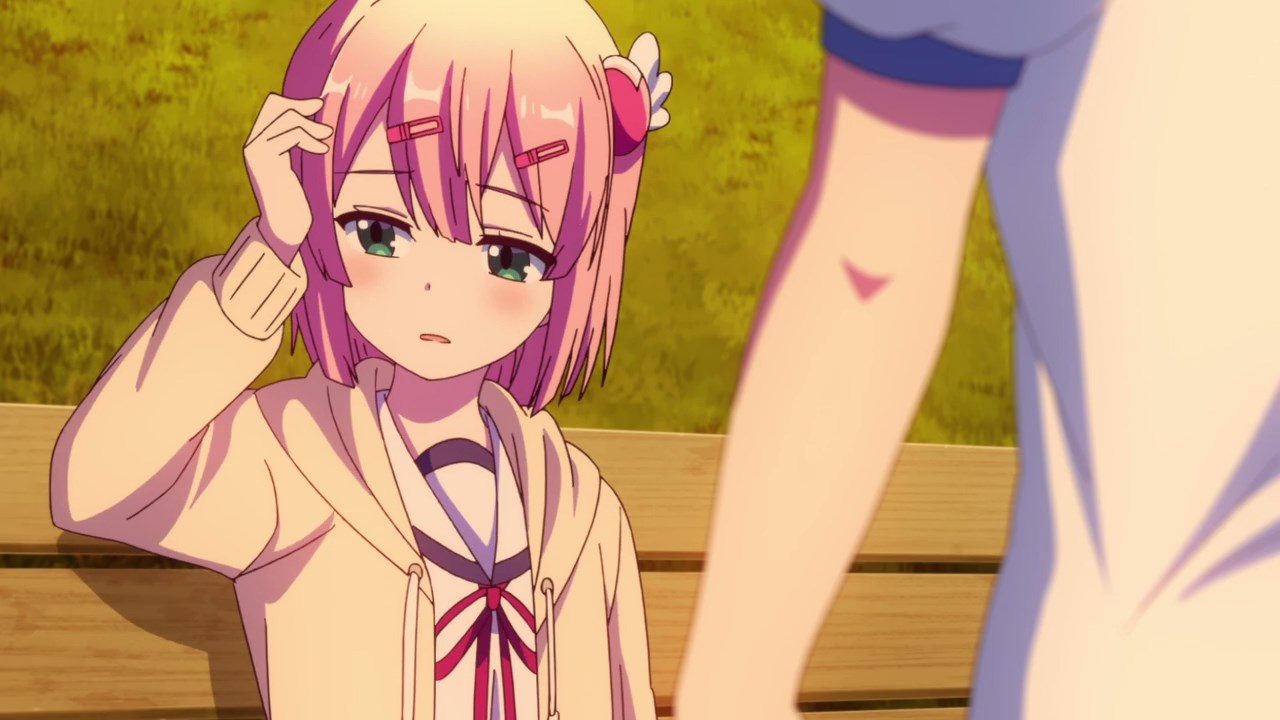 Meanwhile, here’s Momo Chiyoda as she finally regained consciousness after she fainted earlier. Well, she may look okay, but let’s not forget that Momo is getting weaker. 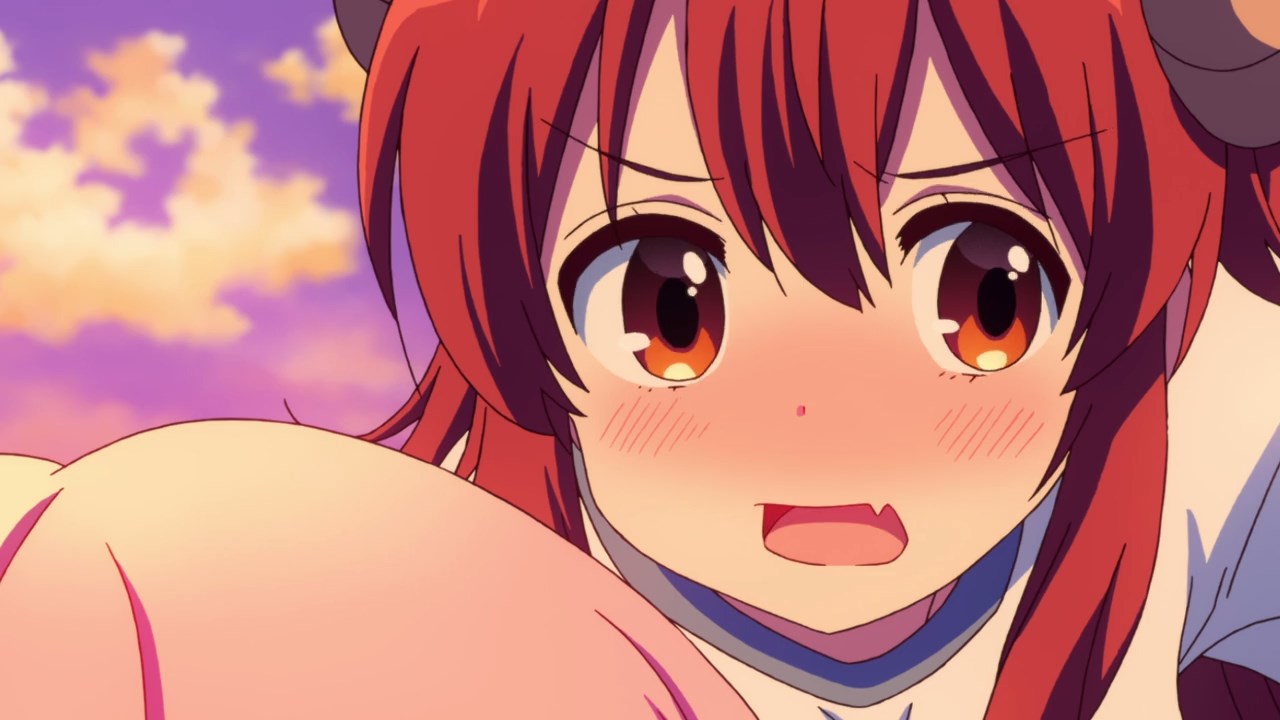 On the other hand, here’s Yuko Yoshida where she’s very concerned about Momo that Yuko told her not to transform into a magical girl all the time.

C’mon, Shamiko doesn’t want to lose a rival because she wants Momo to acknowledge her. 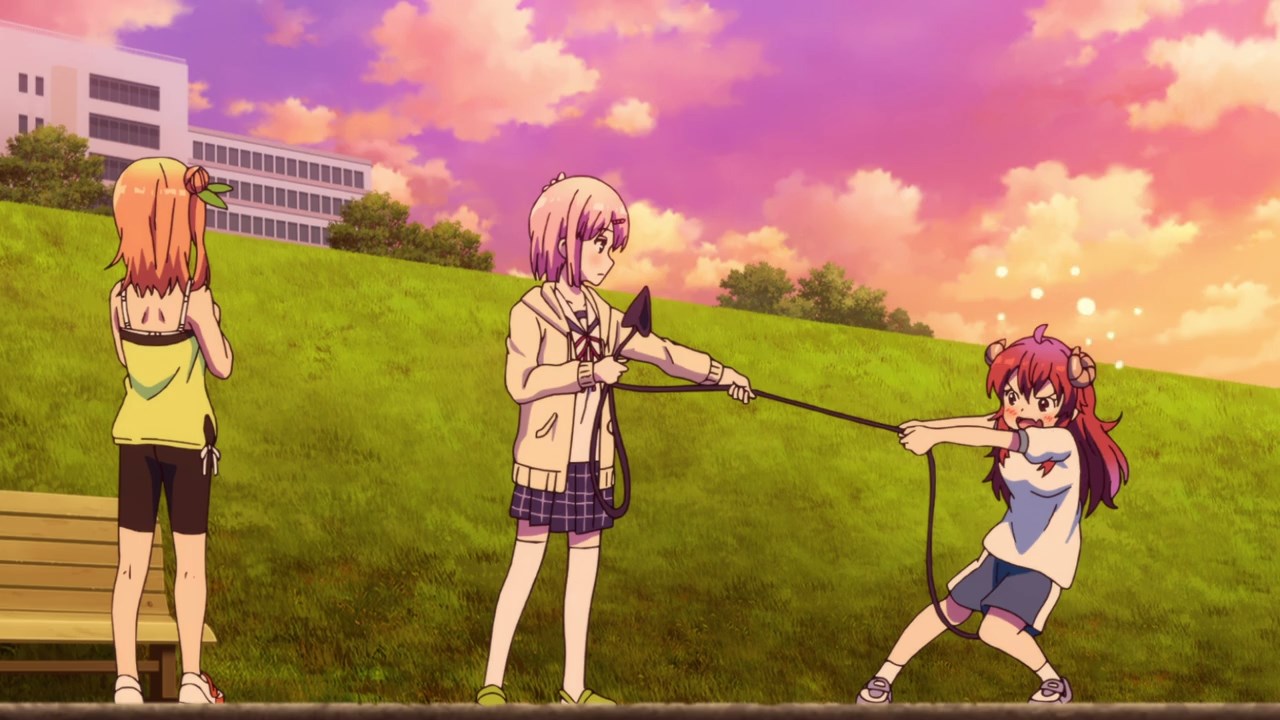 Of course, Momo insists on forcing Shamiko to transform into her Crisis Management Form, even though she collapsed earlier.

Oh please Momo, stop bullying Shamiko and take a rest ’cause she’s worried that you might disappear upon losing your magic powers! 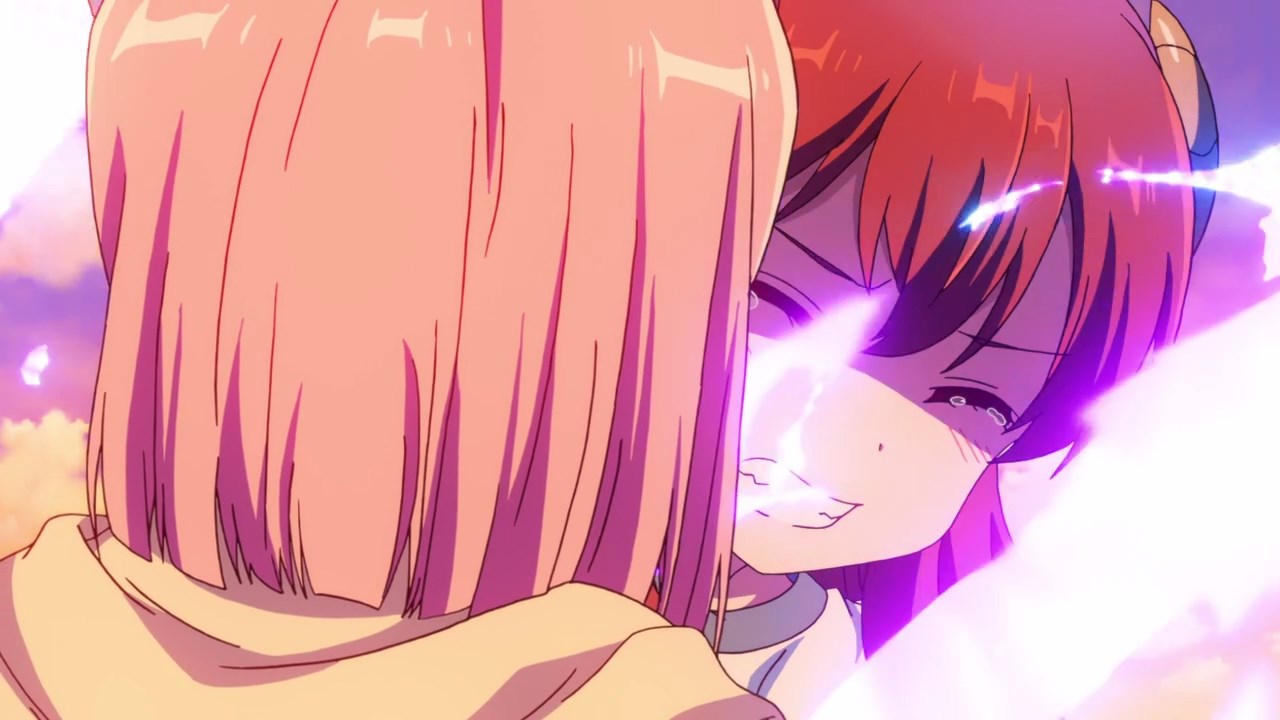 Then again, turns out that Yuko is gonna transform after all now that Momo is threatening her to the point that the Shadow Mistress’ life is on the line! 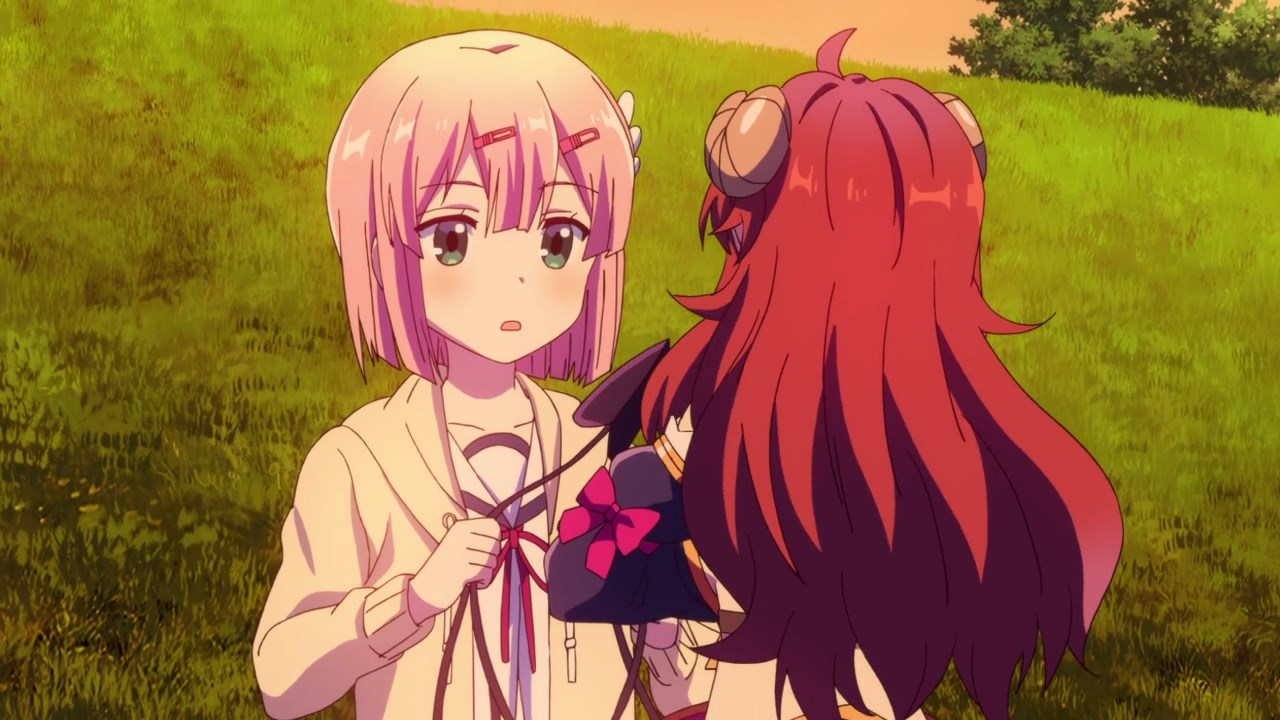 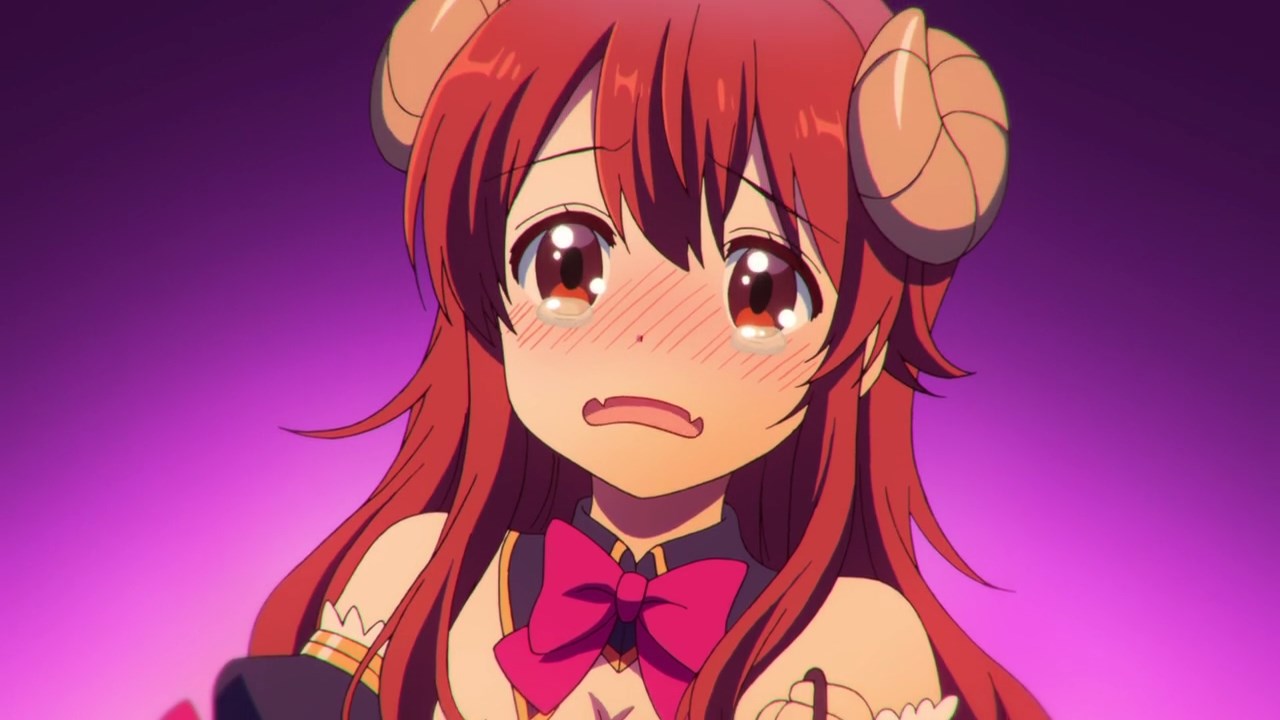 But, the result is very traumatizing for Yuko Yoshida. I mean, she’s crying that Shamiko almost died upon being threatened by Momo Chiyoda. 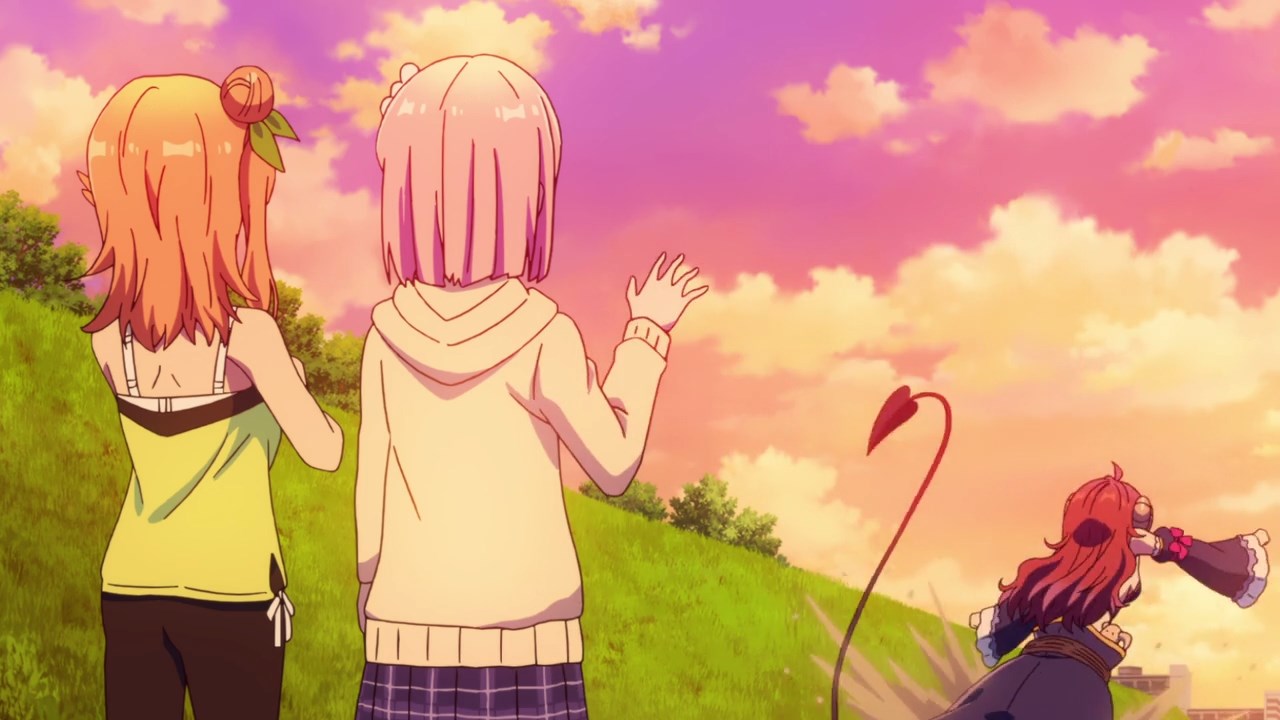 Fortunately, Yuko is safe but let’s just say that Momo won this battle, even though she didn’t do any harm towards the Shadow Mistress. But don’t worry Shamiko, you’ll get your chance to win against a magical girl someday… or maybe not!

Anyways, we’re done for this week’s episode as I’ll see you next time! And as for Mikan Hinatsuki? She’ll stay for a bit longer because c’mon, she’s very concerned about Momo Chiyoda’s health although Mikan should calm down all the time.