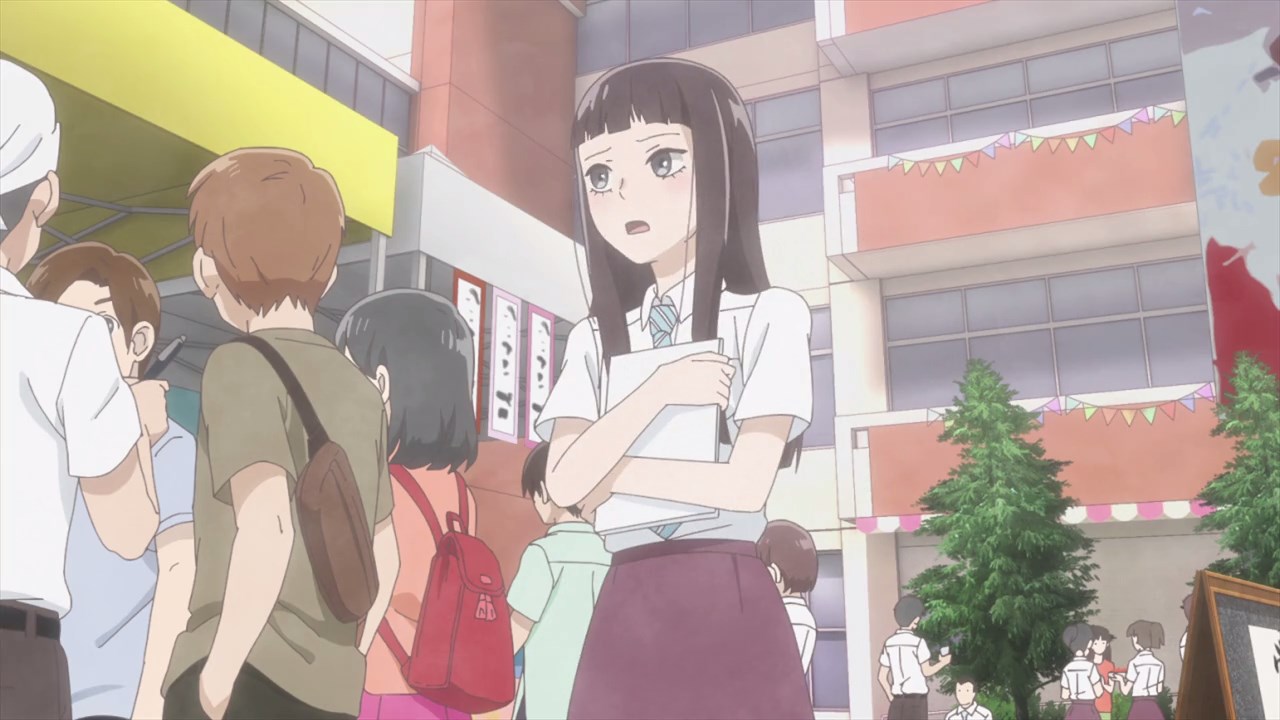 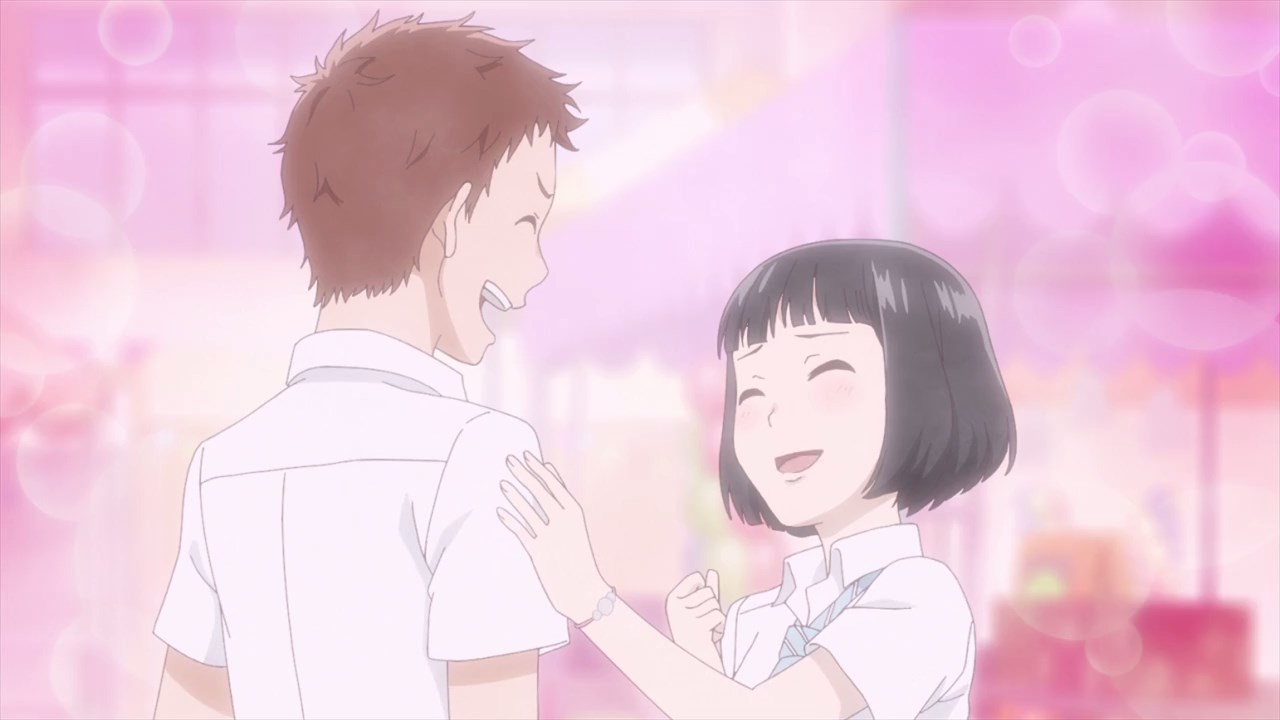 Unfortunately for Sonezaki, she found Amagiri talking to another girl. Wait, is he gonna cheat on her now just because Rika is busy with her club duties?

Then again, it could be that Shun is just casually talking to a girl so it’s not like he’s cheating or anything. In any case, that cause quite a dilemna for Rika Sonezaki as she’s feeling jealous right now. 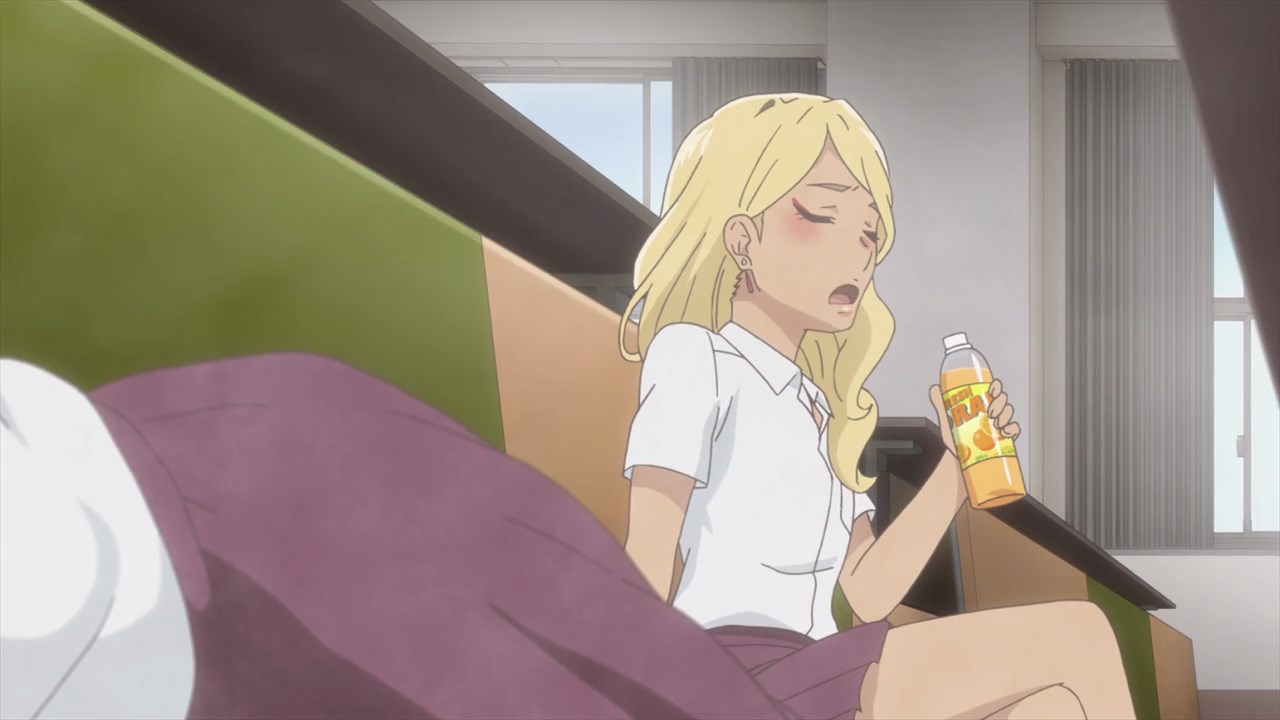 Also, here’s Sonoe Juujou where her boyfriend is gonna pay a visit to Tojo High School. Wait, Sonoe has a boyfriend because I thought this gal has casual sex with any guy? 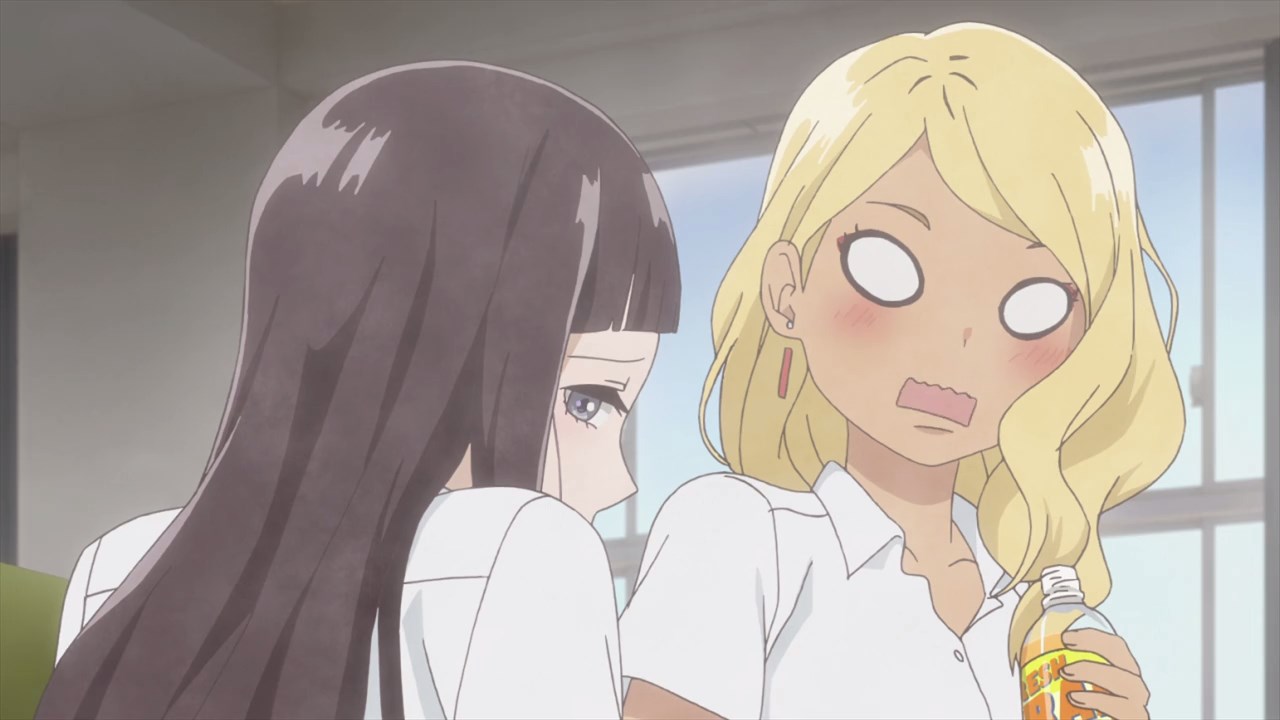 This led Rika Sonezaki getting curious about this Sonoe Juujou’s love life. Um Rika, I think you should deal with that later because you have a club activity coming up! 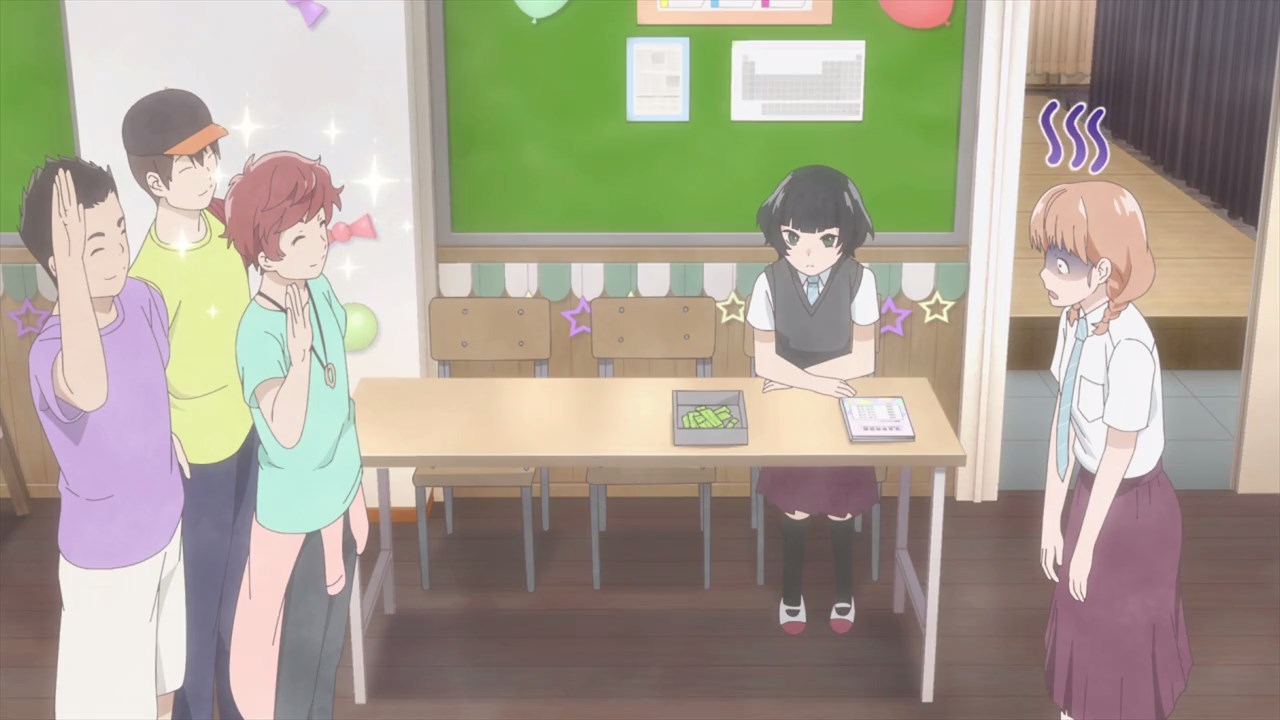 Meanwhile, looks like Satoshi Sugimoto is here together with his buddies as he wants to see Momoko Sudou. I wonder if she can put up with Satoshi’s behavior? 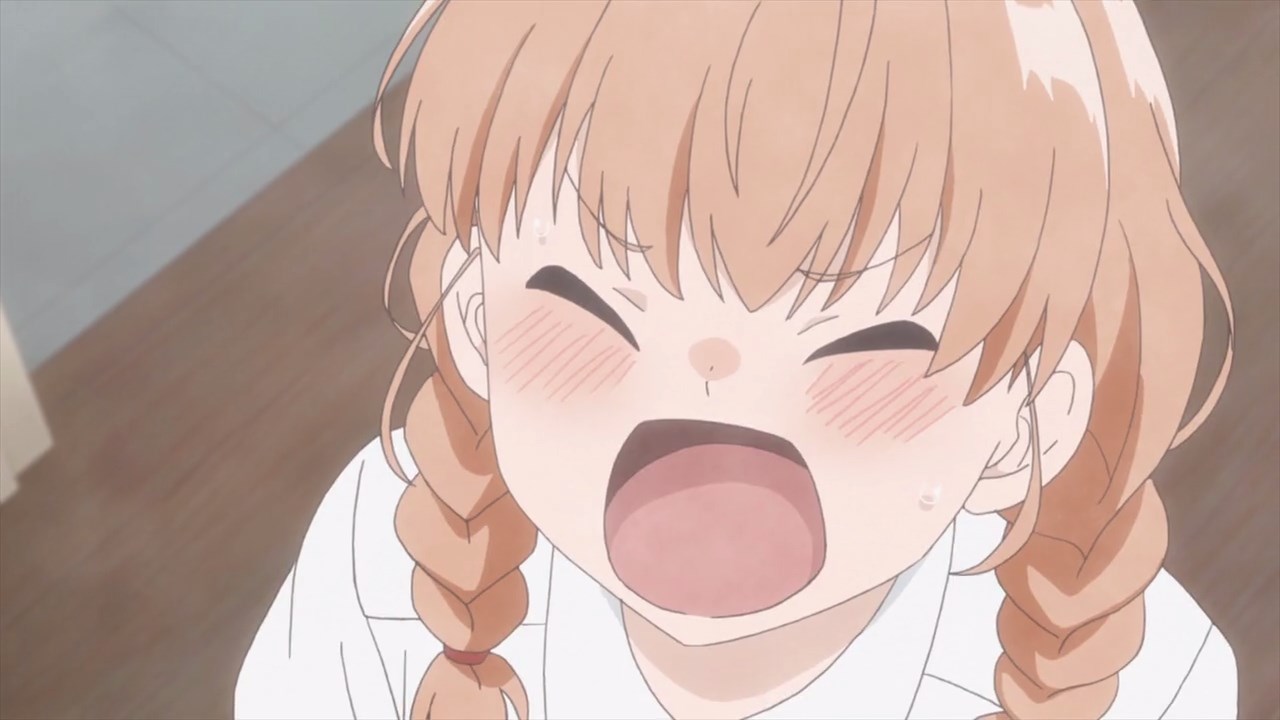 Well, Momoko said to Satoshi to cut it out as she’s gonna be busy for the upcoming story-telling from the Literature Club. 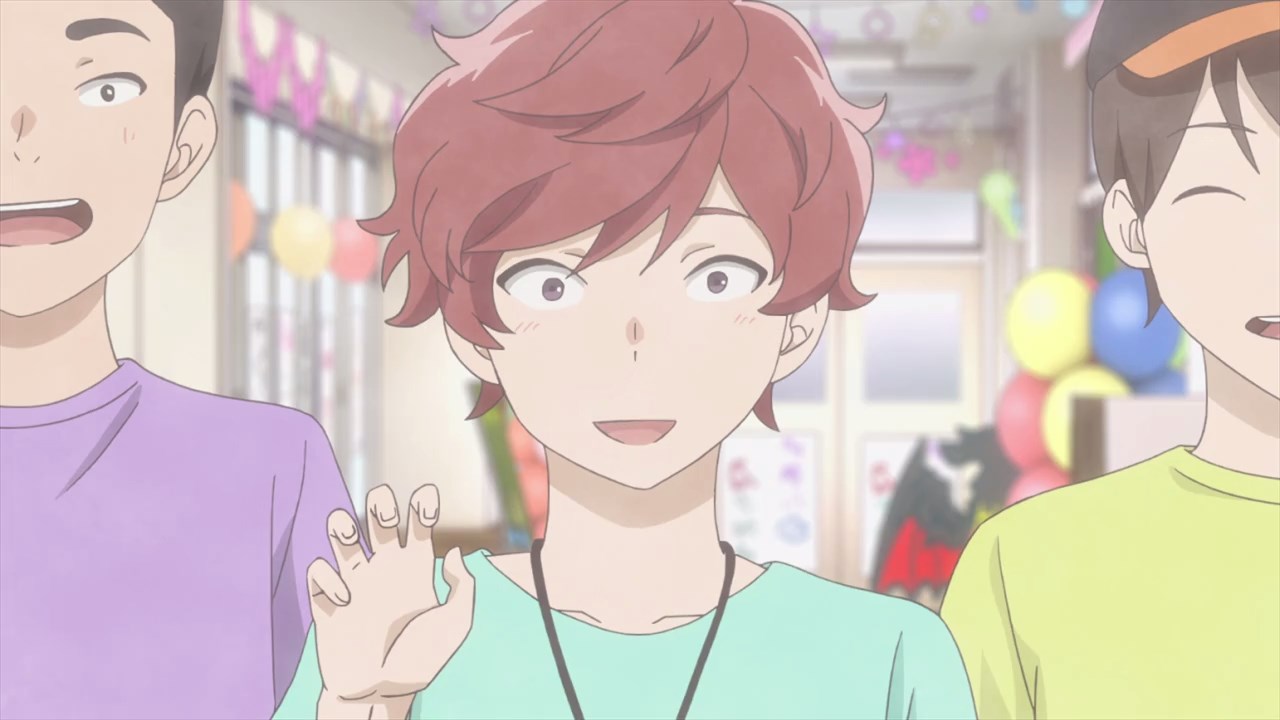 As for Satoshi Sugimoto, looks like he was stunned but more importantly, Momoko Sudou has the guts to refuse his advances because she lost her patience on his somewhat-annoying behavior.

Then again, I wonder if Sudou and Sugimoto will become lovers at the end of this series, given that Momoko is pretty much annoyed at him? Who knows… 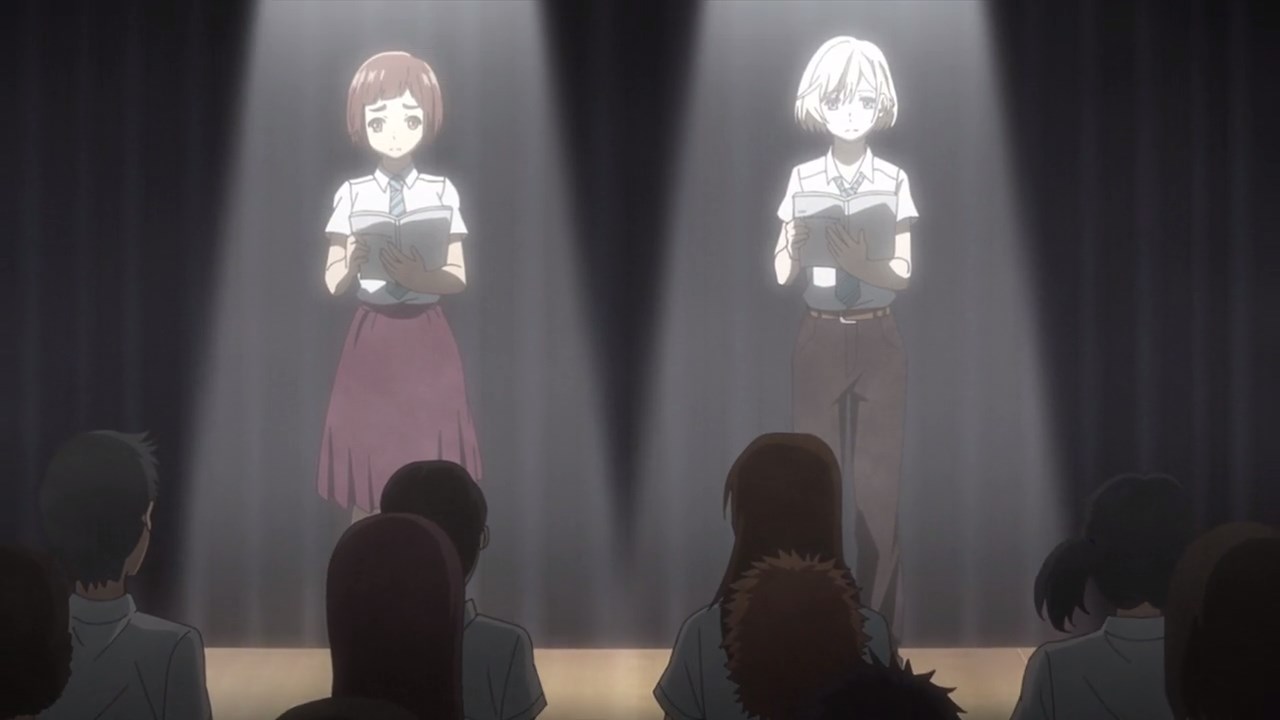 Anyways, it’s time for the Literature Club to tell a story about an urban legend inside Tojo High School. I know that some people might get bored at this but there’s one special guest who’s very interested… 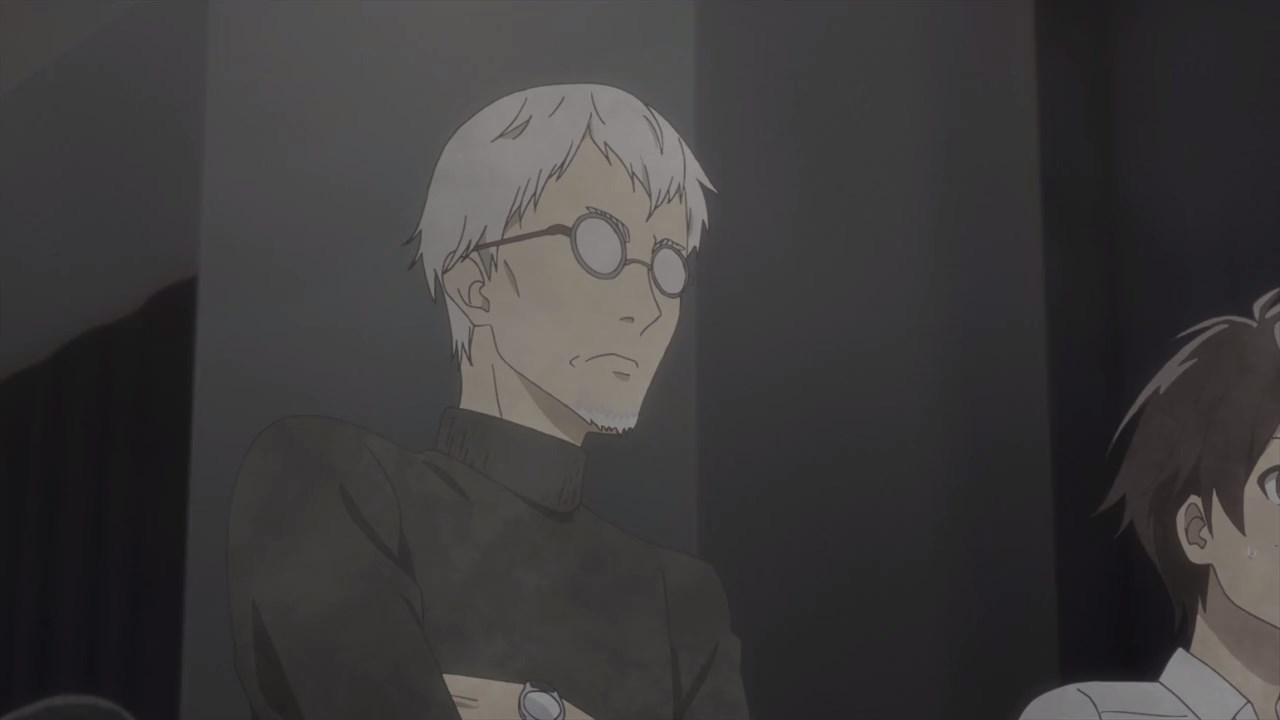 Rather, this guest who sets his eyes on Niina Sugawara. That’s right, it’s Director Hisashi Saegusa from the Soyokaze Drama Troupe as he’s curious on his former pupil. 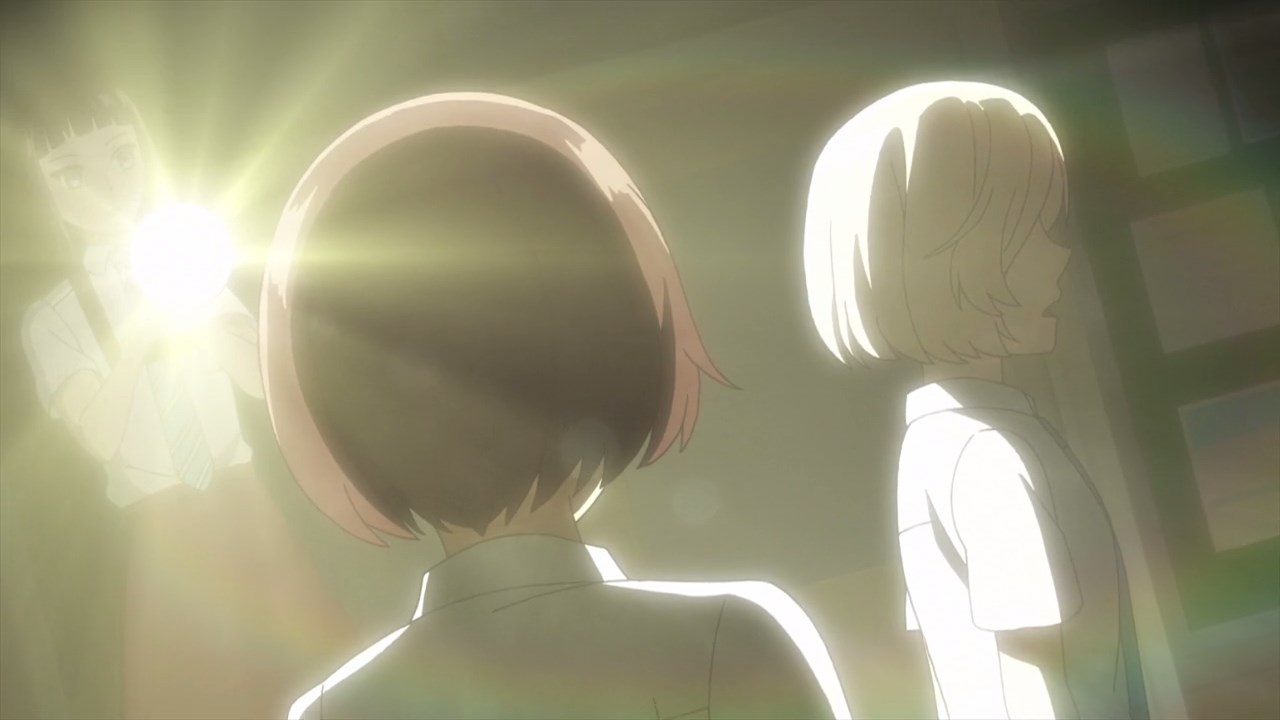 But speaking of Director Saegusa’s former pupil, looks like Niina Sugawara has decided to go off-script since her teacher/director is there… 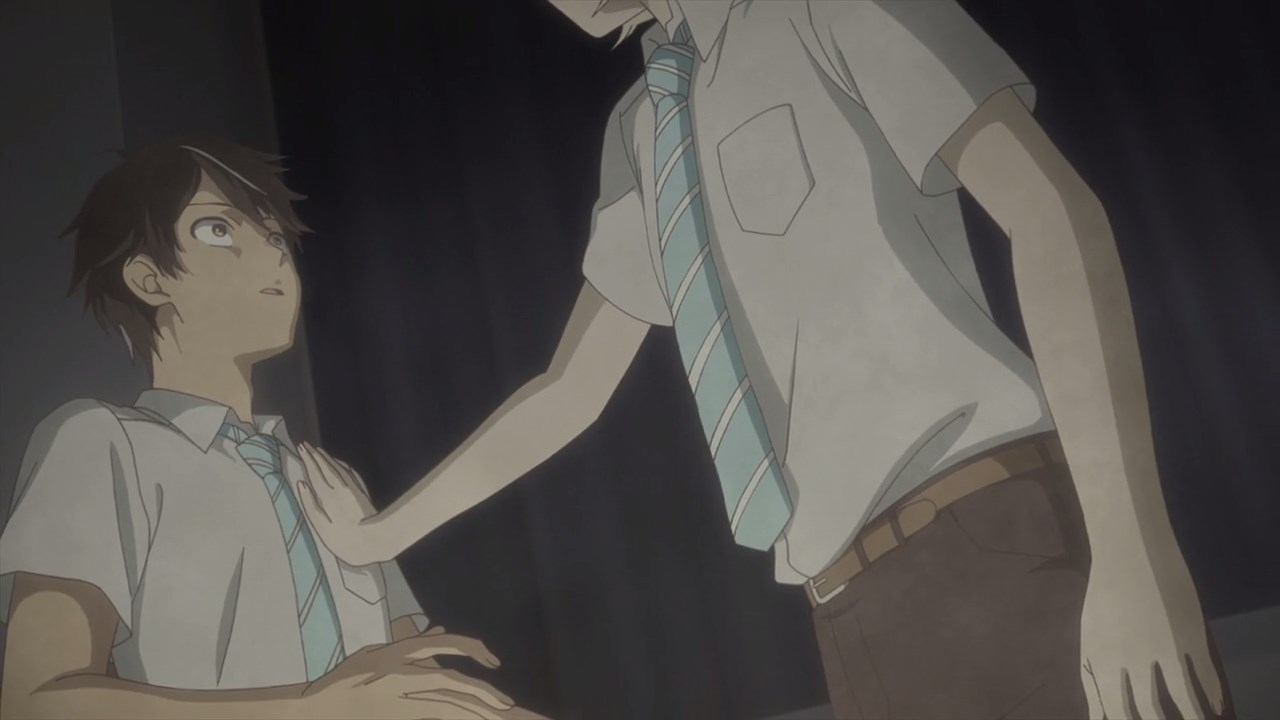 …and went towards Izumi Norimoto where she touches his chest. Damn, looks like she wants to make Kazusa Onodera jealous over this stunt! 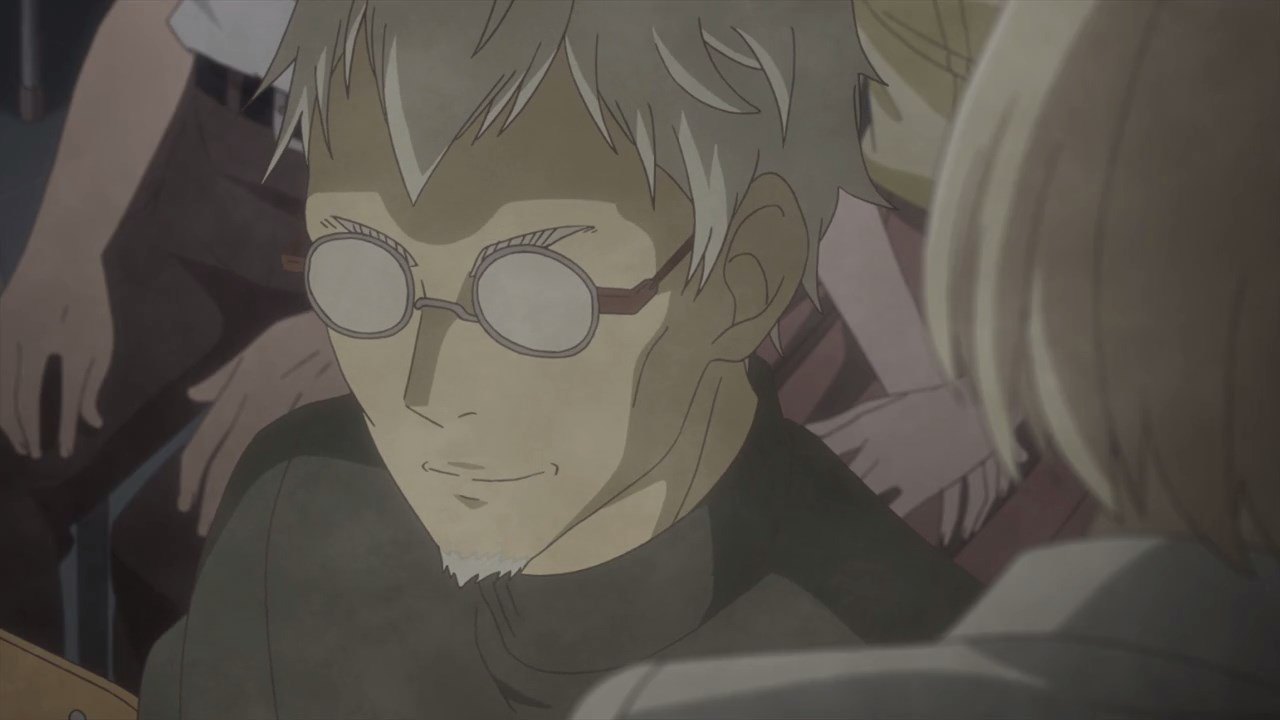 But for Director Saegusa, he loves it! Wait a minute Saegusa-san, are you gonna make Sugawara as a vile and despicable person, or you’re just enjoying Niina’s stunt?

Still, I’m pretty much convinced that Director Hisashi Saegusa is one sick bastard! 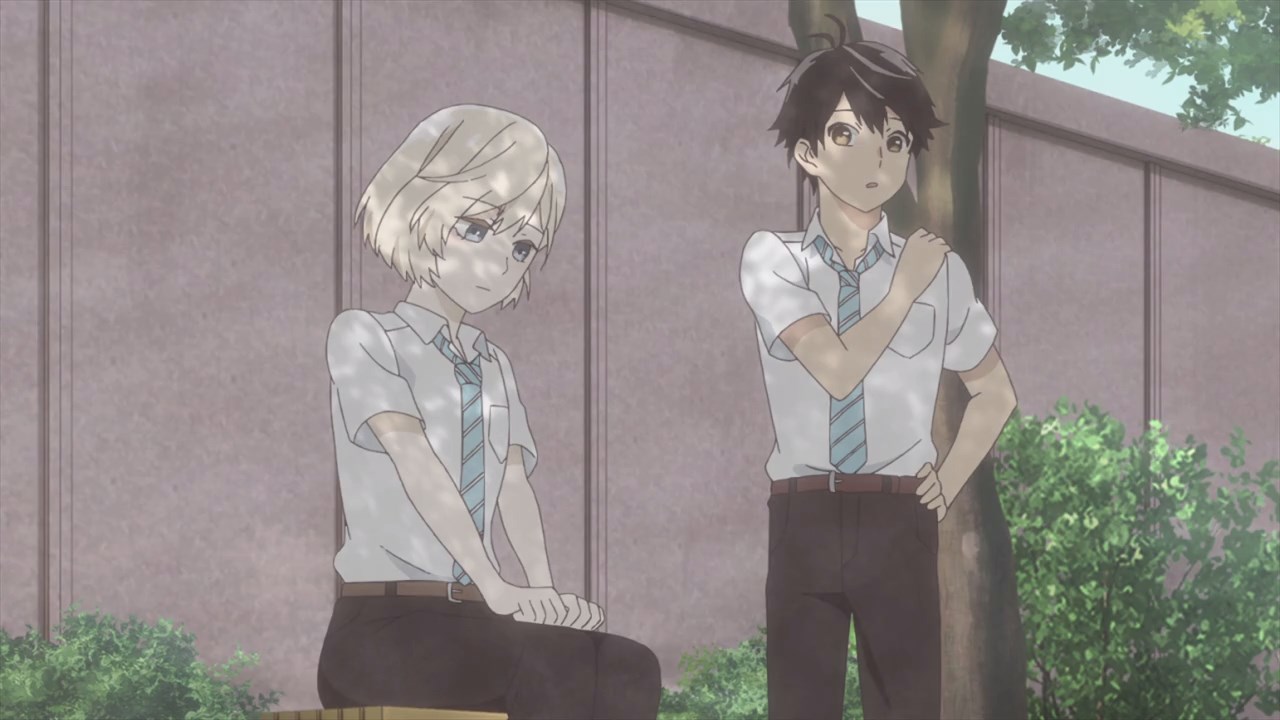 On the other hand, Izumi Norimoto knows that the reason why Niina Sugawara pulled that stunt is because she wants to become defiant towards her former drama teacher. Of course, it might not be the real answer.

But speaking of Niina Sugawara, I think she’s starting to have genuine feelings towards Norimoto, but Sugawara is worried that she might hurt Kazusa Onodera’s feelings. 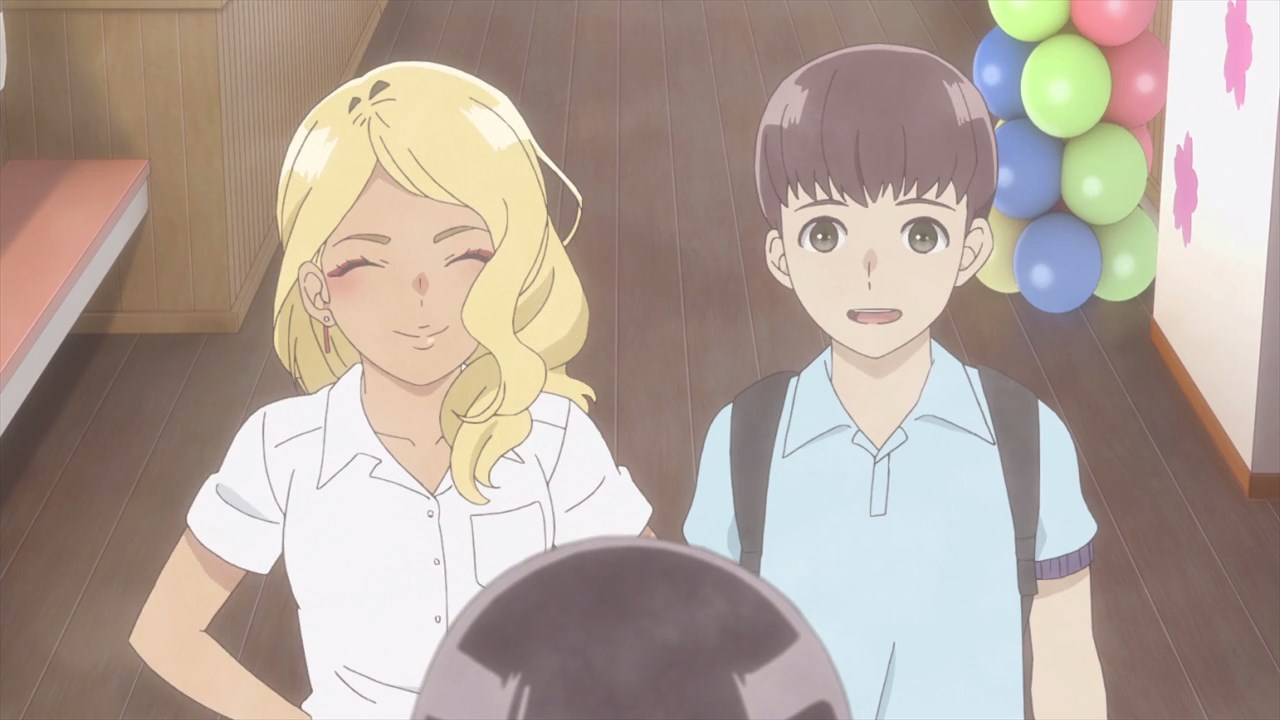 Now let’s go back to Rika Sonezaki where Sonoe Juujou introduced her boyfriend. Really, that guy is her boyfriend? I mean, he’s not cool-looking! 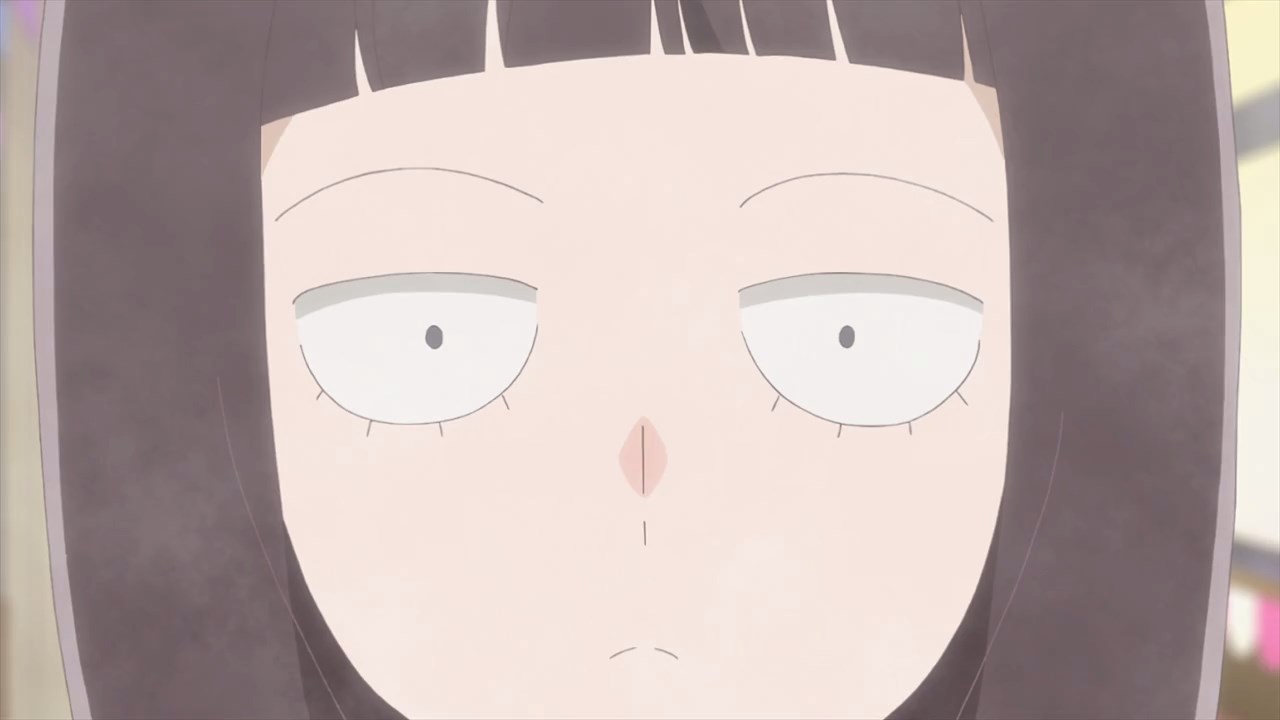 Even Sonezaki is puzzled into why this gal chose a plain-looking guy as her boyfriend. Maybe they did something important between these two in which they become lovers. 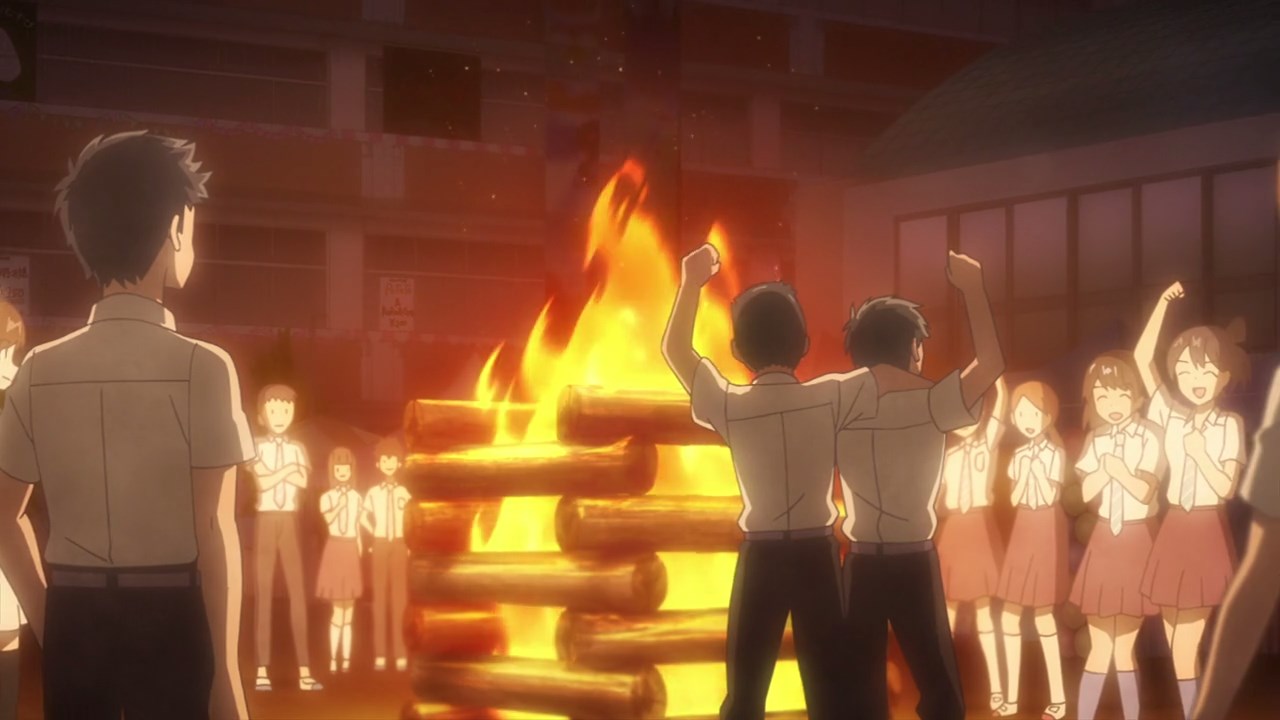 But now, it’s time for the closing ceremony as Tojo High School got a bonfire. Hm, I wonder if there will be a folk dance during this event?

But you know what, I’m glad that Tojo High School decided to bring the bonfire instead of banning it! 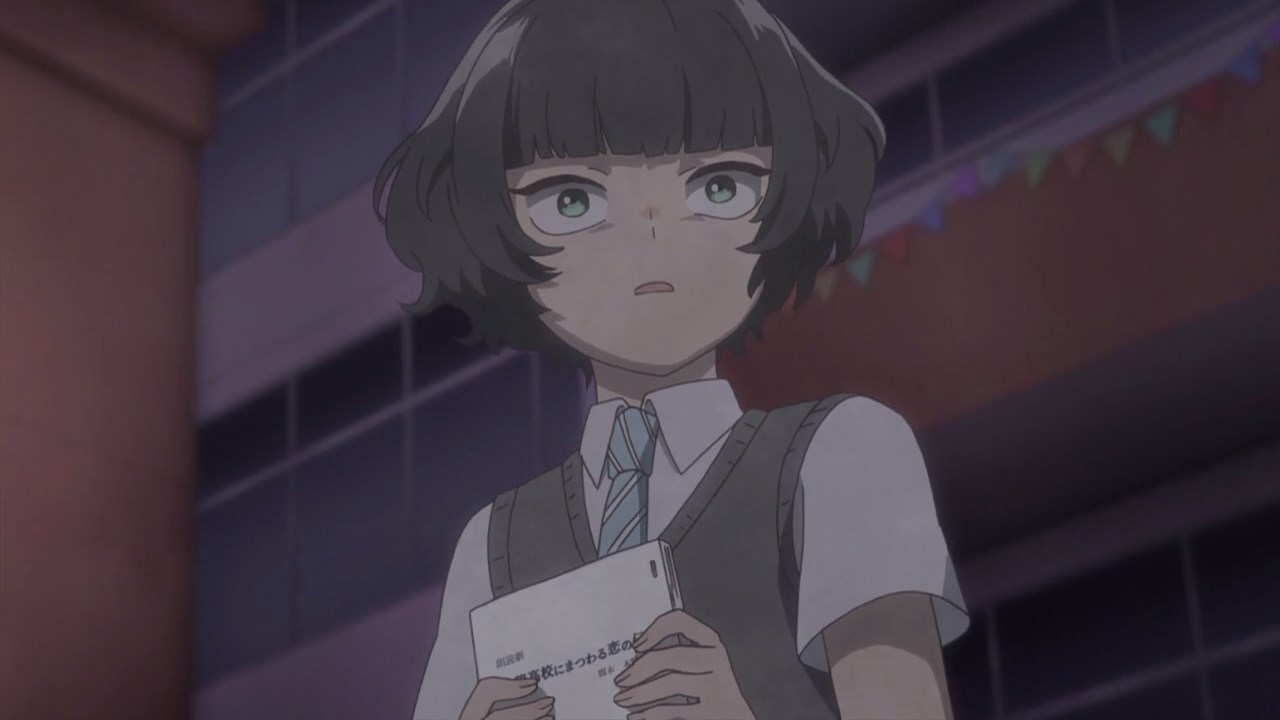 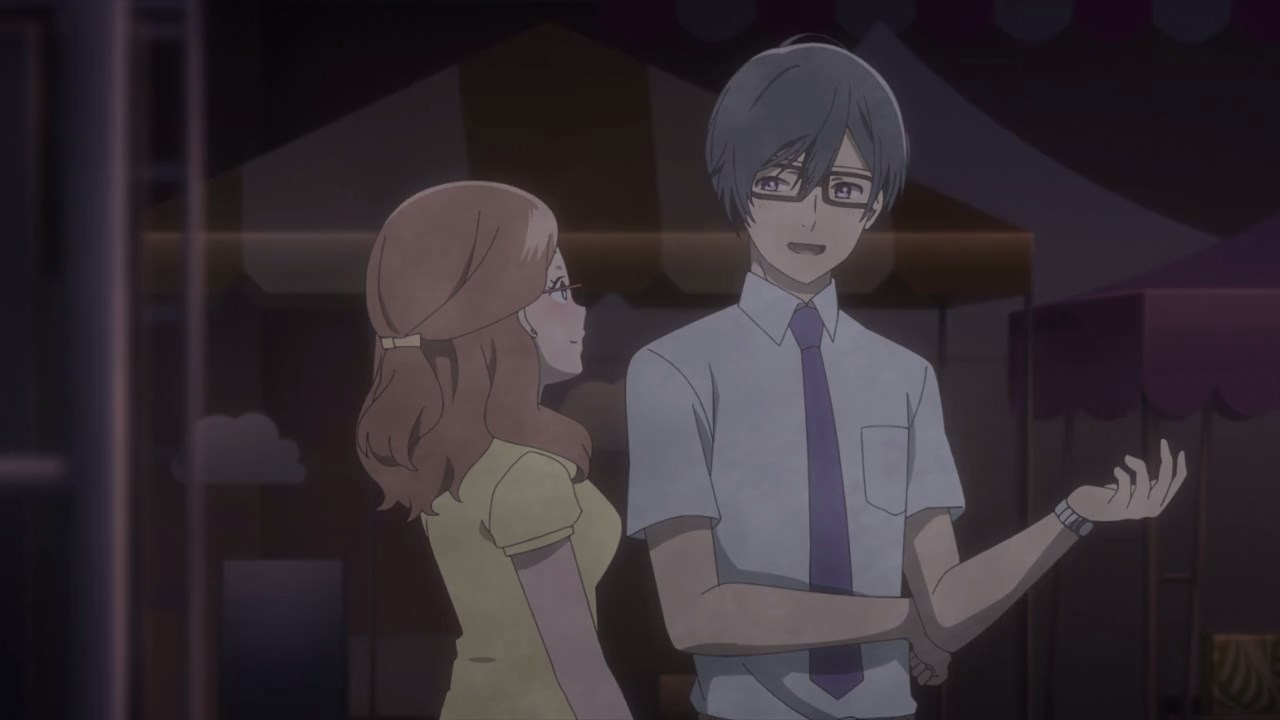 It’s Tomoaki Yamagishi talking to a female teacher, which I have a feeling that he’s gonna date her over Hongou.

Hm, I smell some Kuzu no Honkai vibes there but you know what, Hitoha having a teacher as her lover might not be good in the long run! 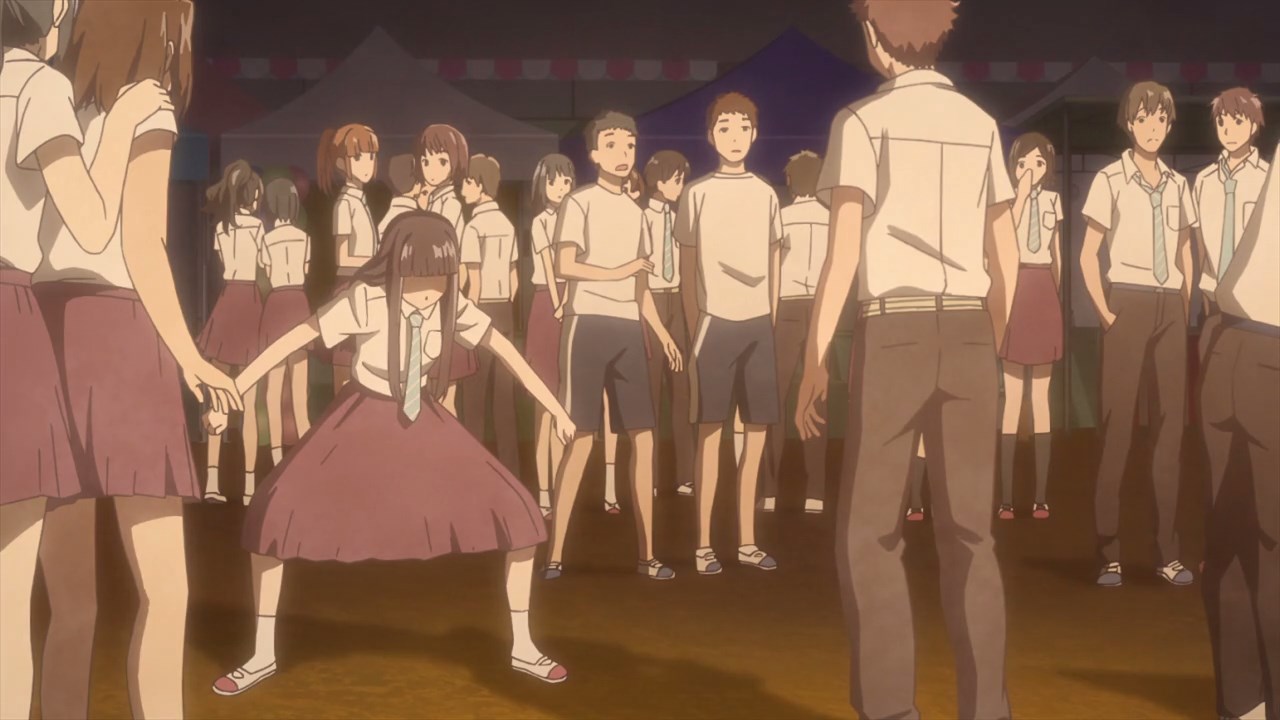 Meanwhile, here’s Rika Sonezaki where she approached Shun Amagiri at the bonfire.

You know, even though it’s not proven yet that she banned bonfires, it’s kinda funny that Sonezaki who hates intimate relationships is now going towards her boyfriend. 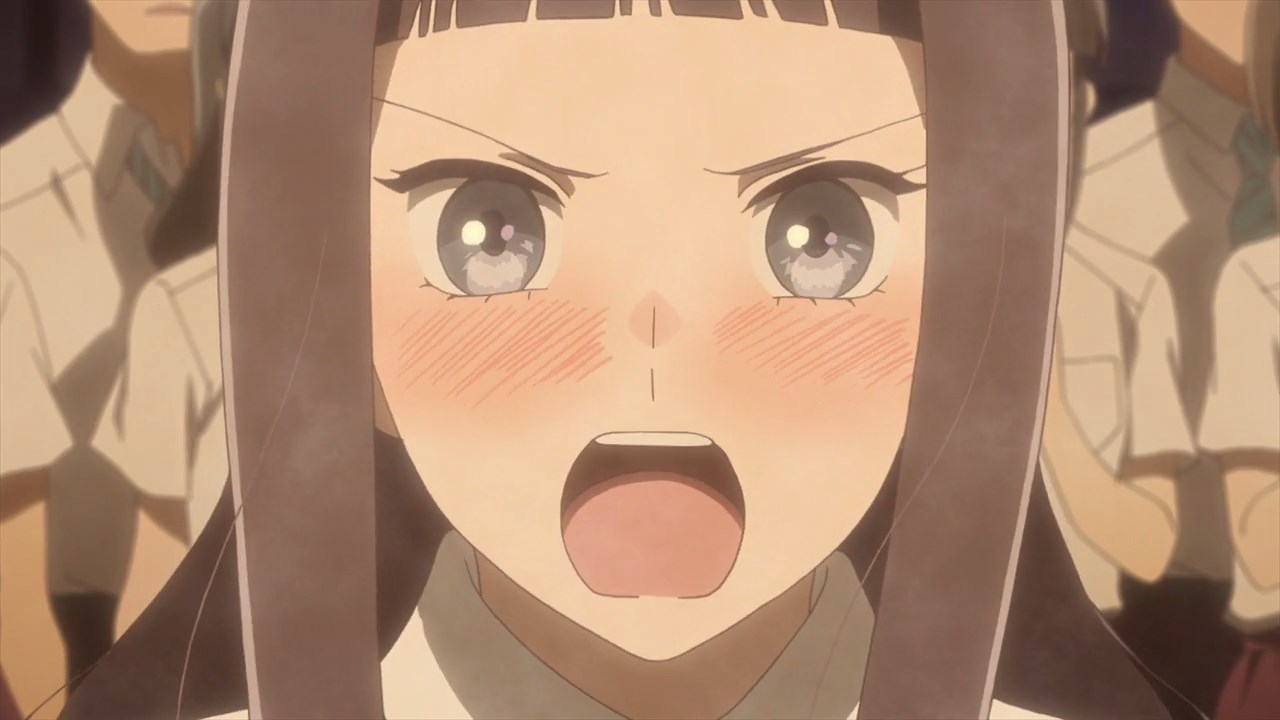 And this time, she’s not gonna hide her feelings anymore as Rika wants to show everyone that she’s in love with Shun Amagiri. 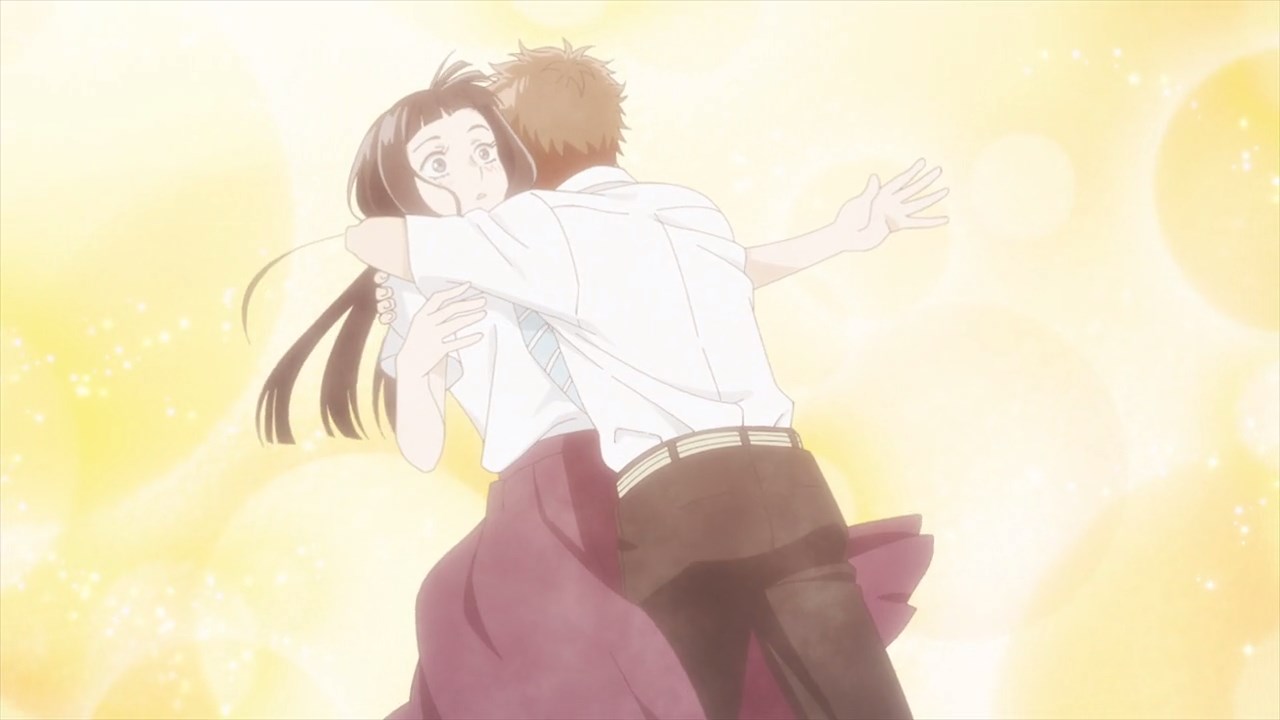 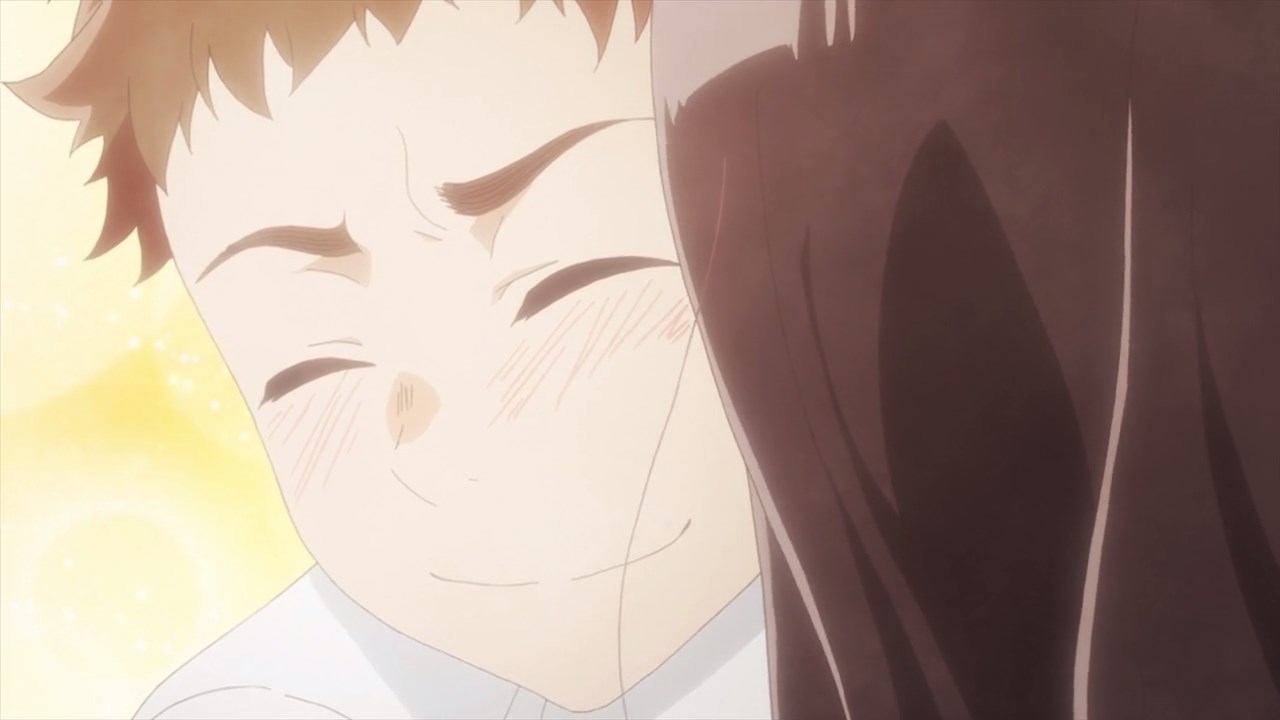 And speaking of Amagiri, looks like he’s happy that he can date Rika Sonezaki in public! I hope it stays that way. 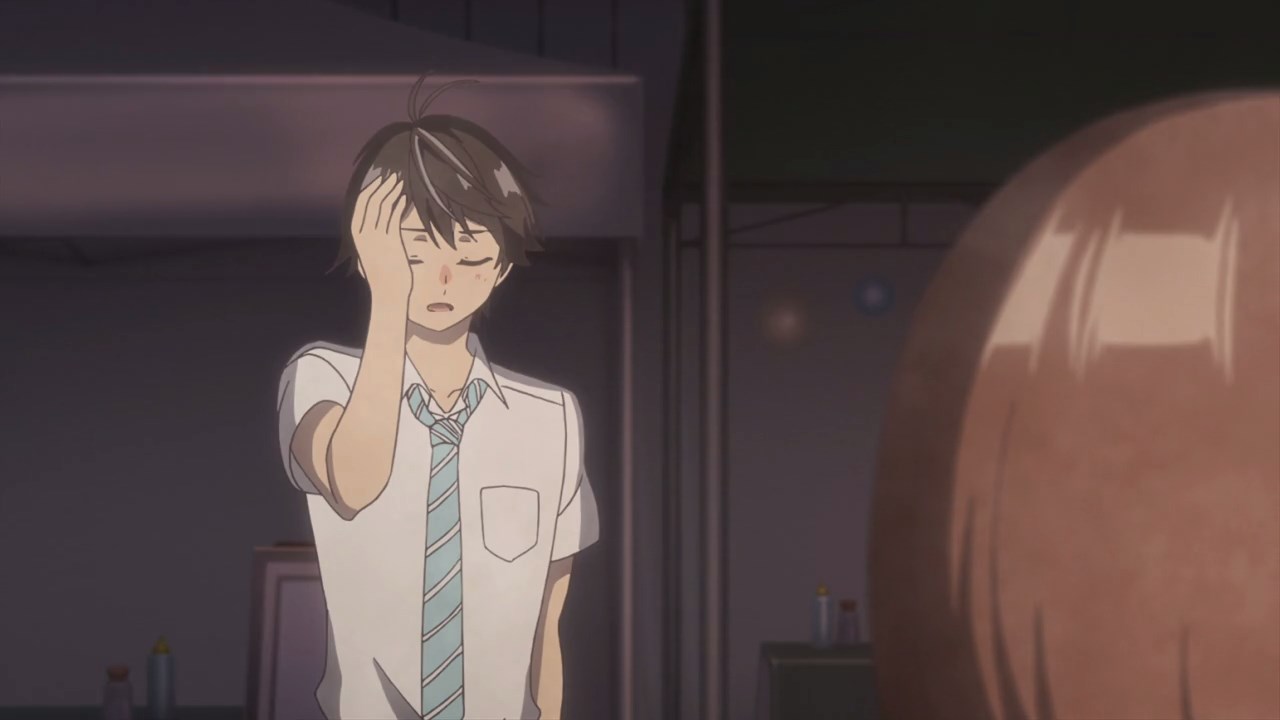 Also, here’s Izumi Norimoto where he wants to tell something important to Kazusa Onodera. Wait, he’s gonna confess his feelings to Kazusa? 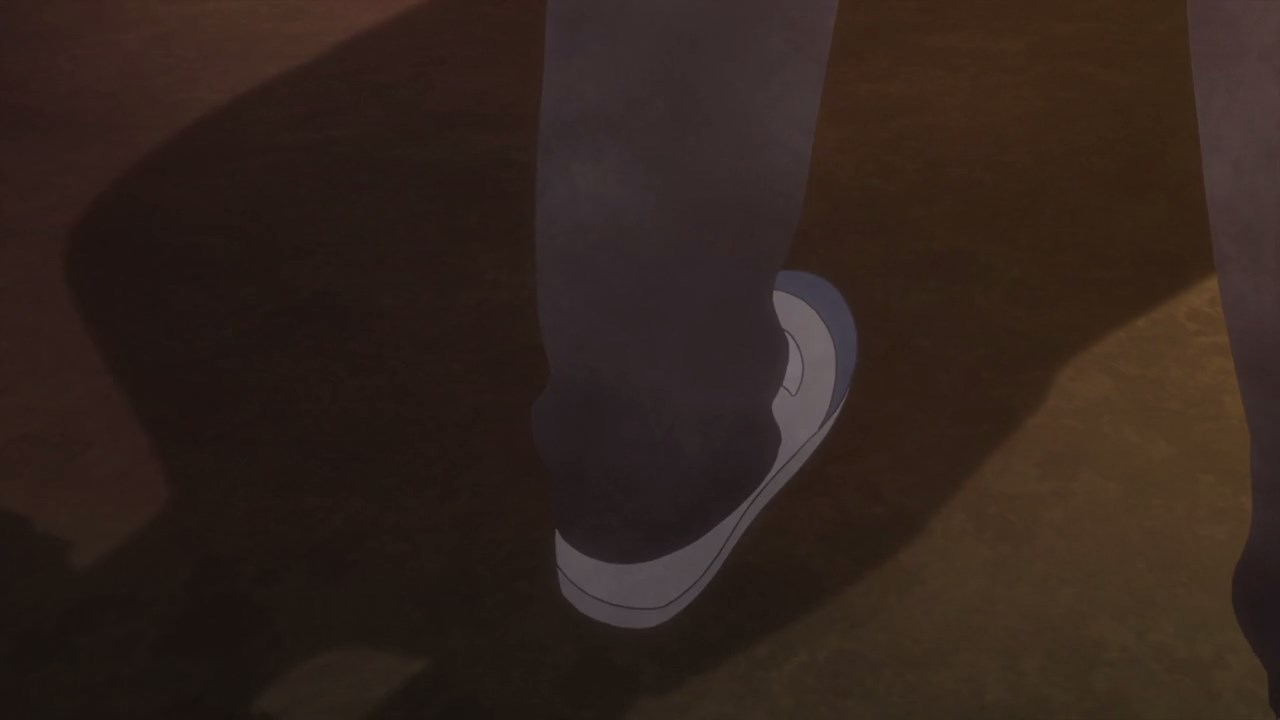 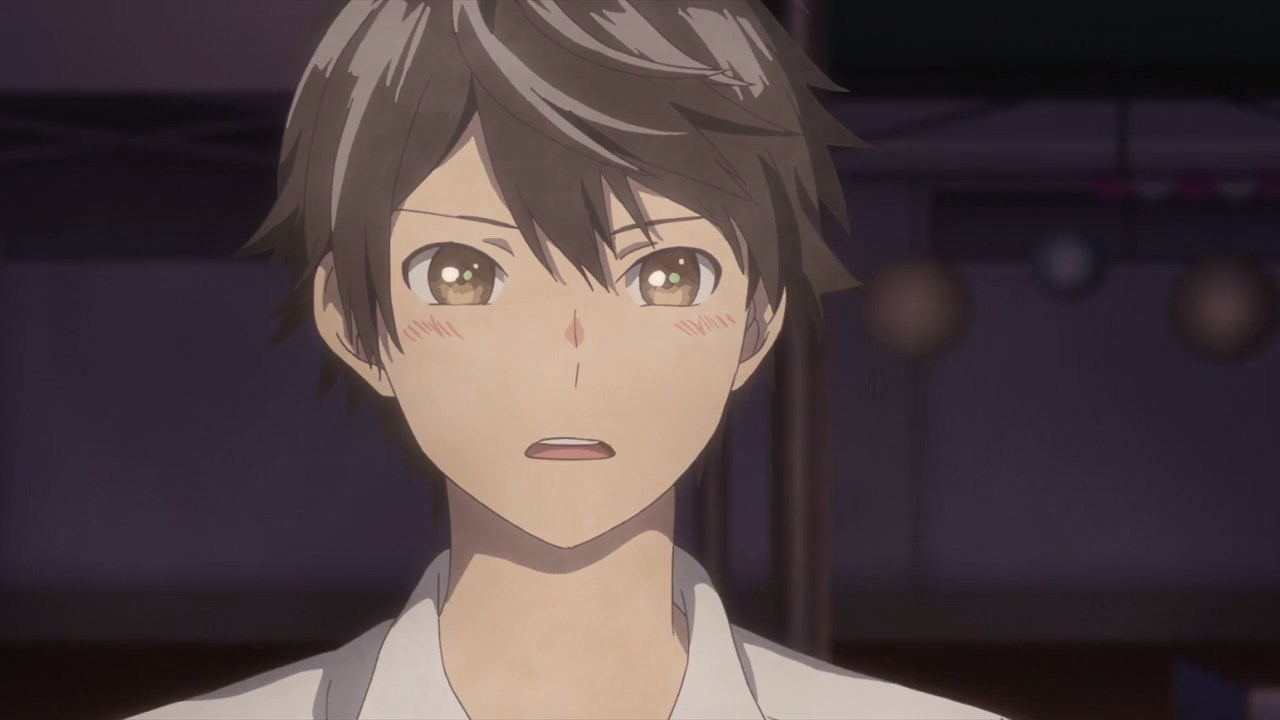 Why yes, he’s gonna say “I love you!” to Kazusa Onodera as Izumi Norimoto wants to date his childhood friend! Heck, he even steps on Onodera’s shadow much like in the urban legend. 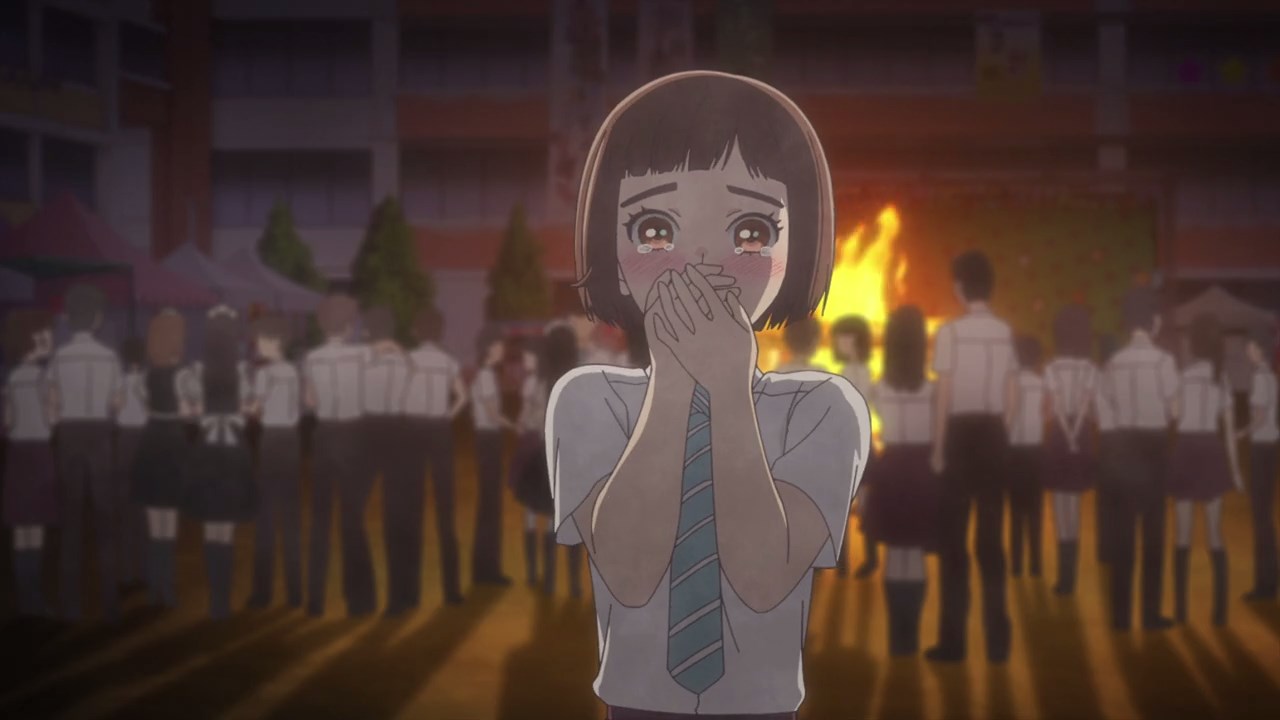 And as for Kazusa, seems that she’s happy to hear it as Onodera agrees to be Izumi Norimoto’s girlfriend. Of course, I’m worried that some people might ruin their relationship as I wanted to maintain it forever. 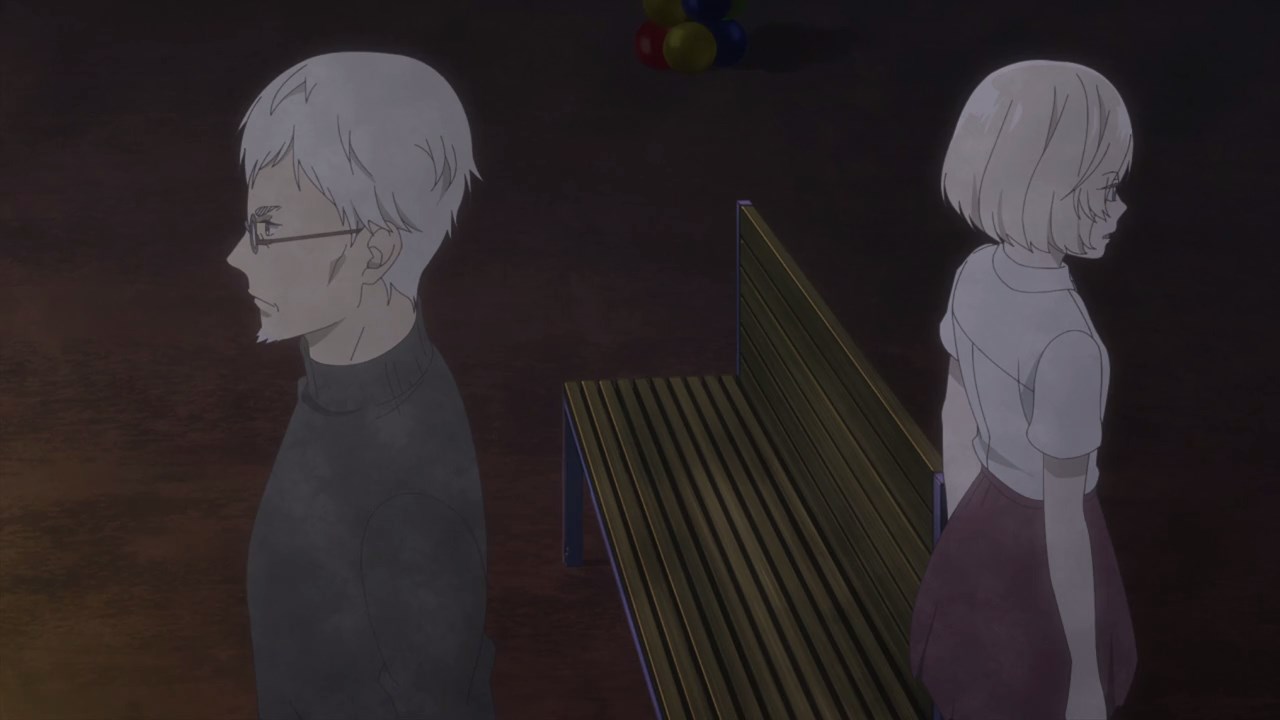 Lastly, here’s Niina Sugawara where she rejects Director Hisashi Saegusa’s ideas that she would rather obsess something on her own rather than getting some outside help. Come to think of it, I wonder if Niina wants to take Izumi’s heart despite the fact that he and Kazusa are now dating?

In any case, I’ll see you next time for the aftermath because man, I wanna see how the members of the Literature Club have changed after the school festival.