Posted on September 2, 2019 by benigmatica 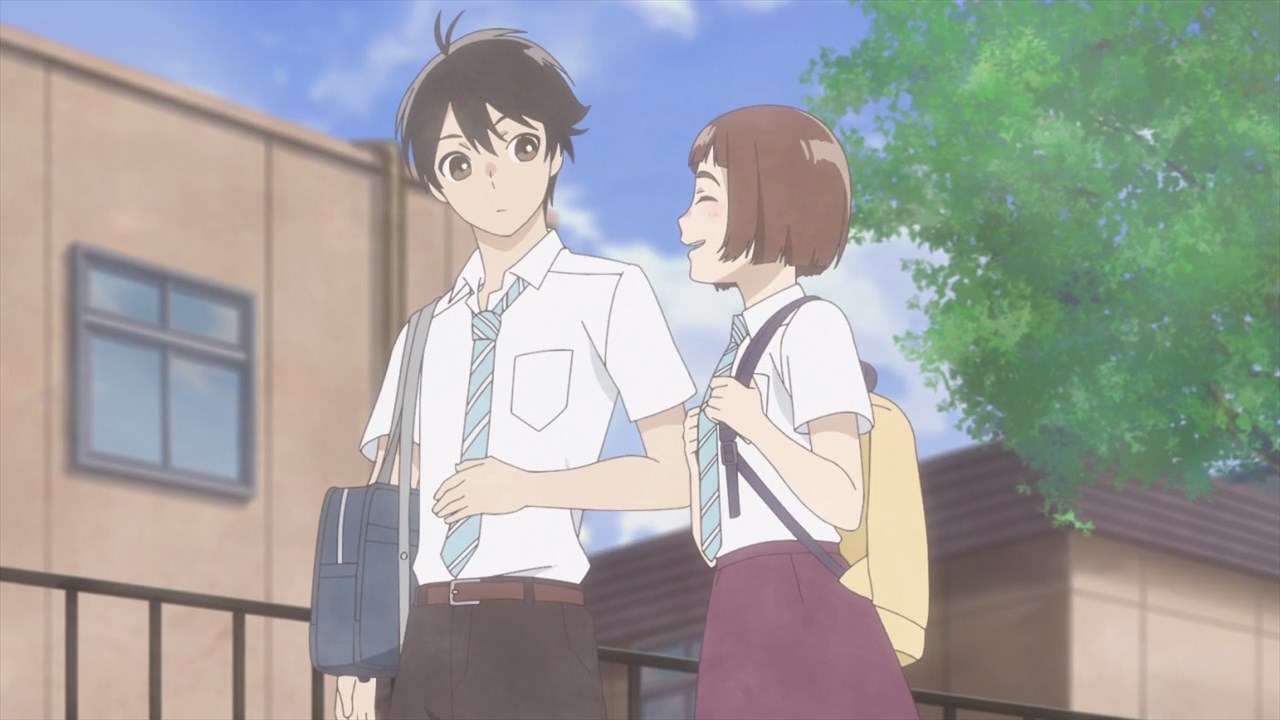 Well everyone, it seems that a lot of things have happened after the school festival. You got Kazusa Onodera dating Izumi Norimoto… 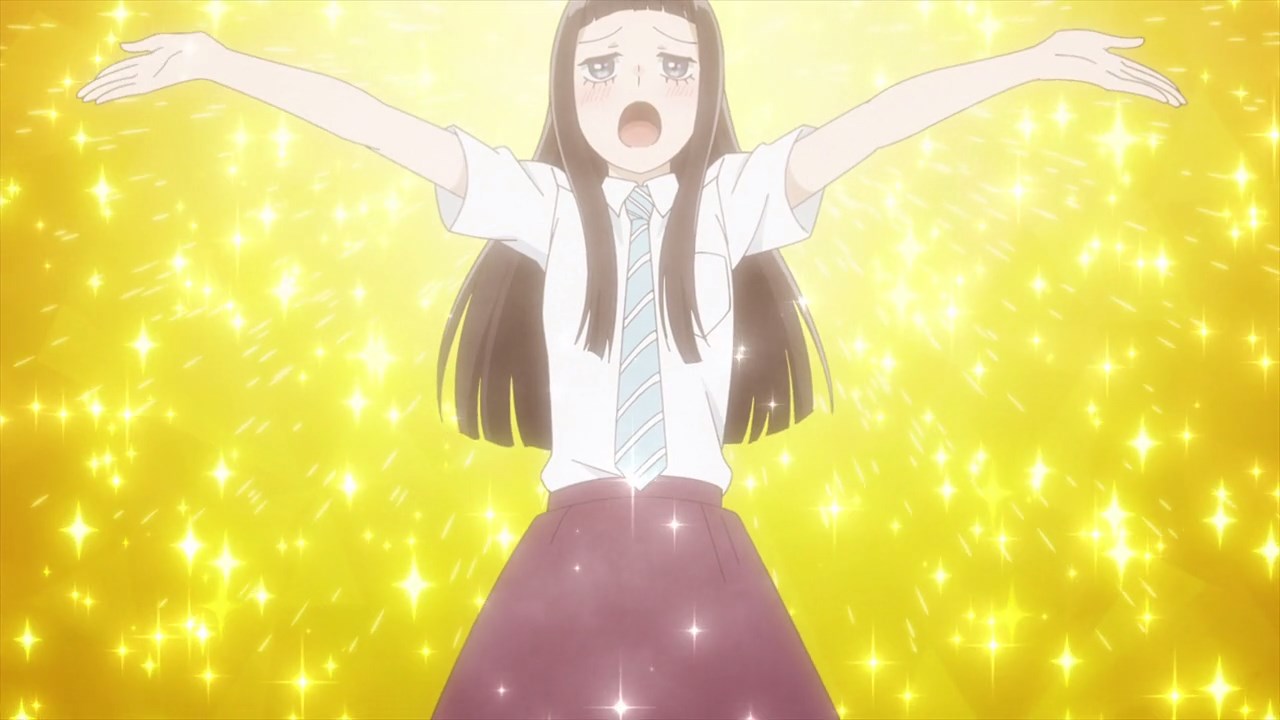 …and you have Rika Sonezaki telling everyone that she’s dating with Shun Amagiri. Speaking of Sonezaki, she changed a lot ever since she met Amagiri! 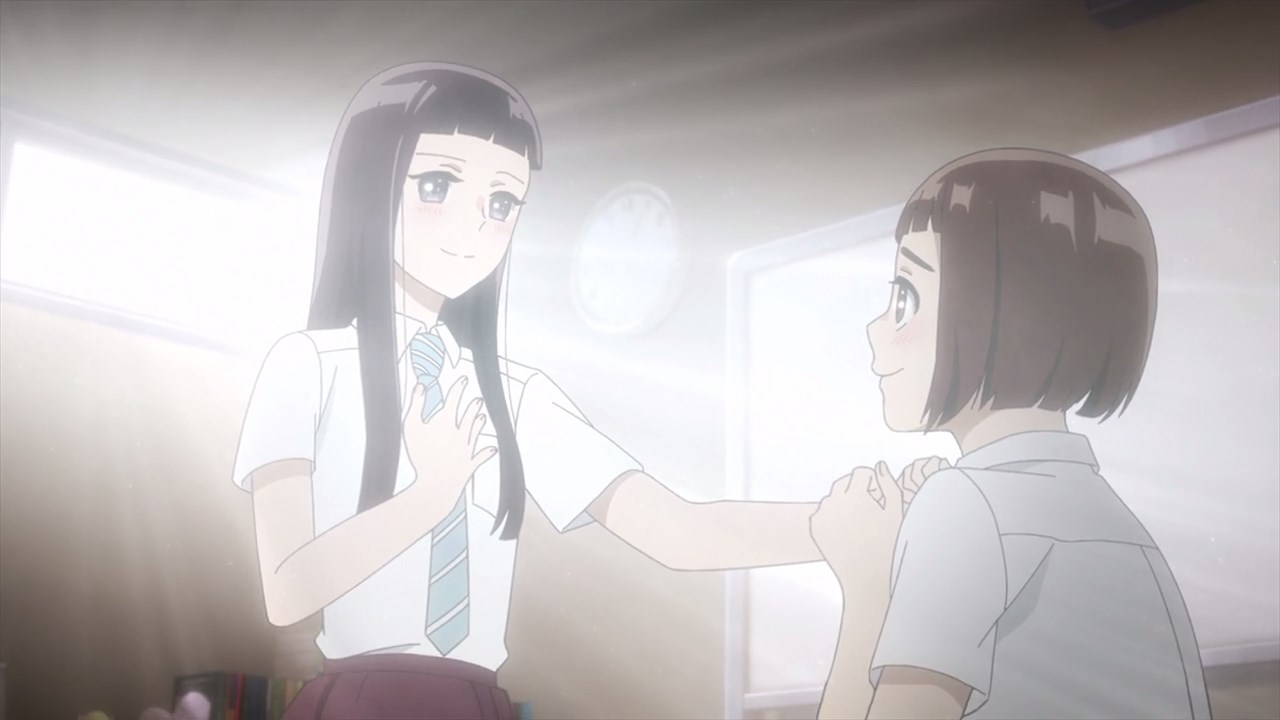 But anyways, Rika and Kazusa are happy that they got boyfriends but it’s not like they’ll have a happy ending, especially Kazusa when you have Niina Sugawara getting obsessed over Izumi-kun. 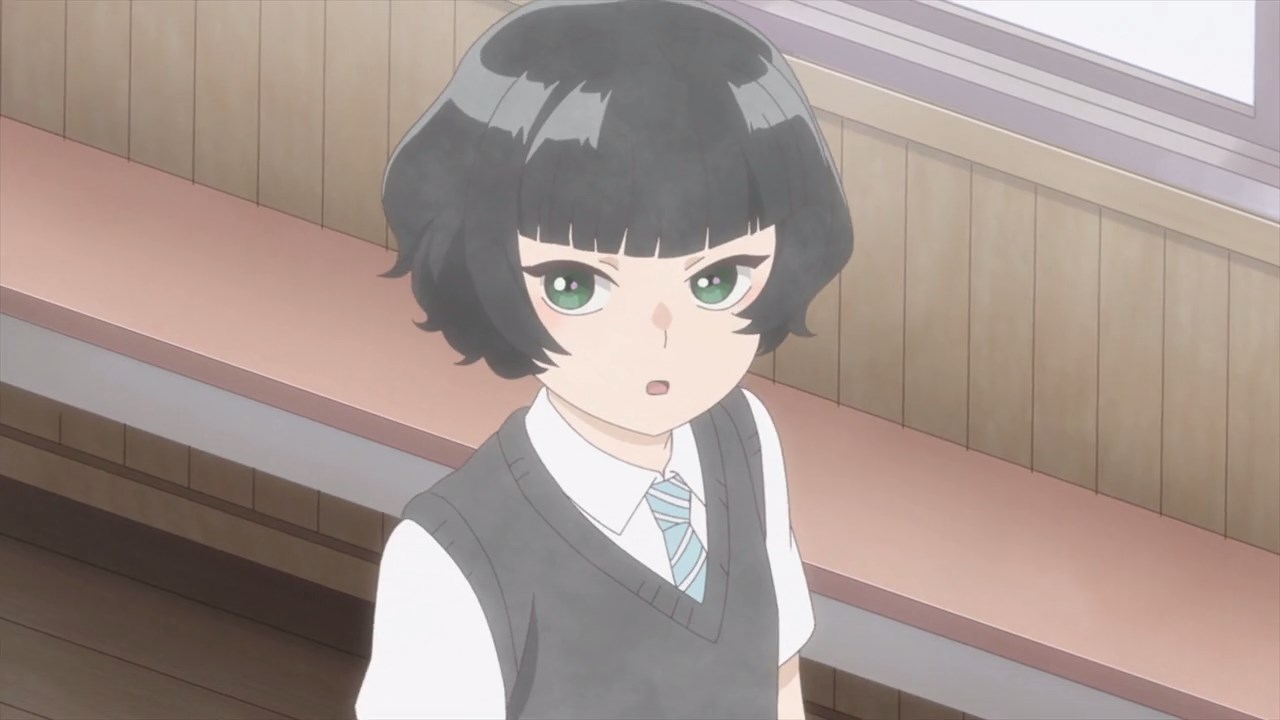 Meanwhile, here’s Hitoha Hongou where she asked Tomoaki Yamagishi on whether he’s dating Emi Tomita or not. I mean, Yamagishi-sensei talked to Tomita-sensei at the end of the school festival. 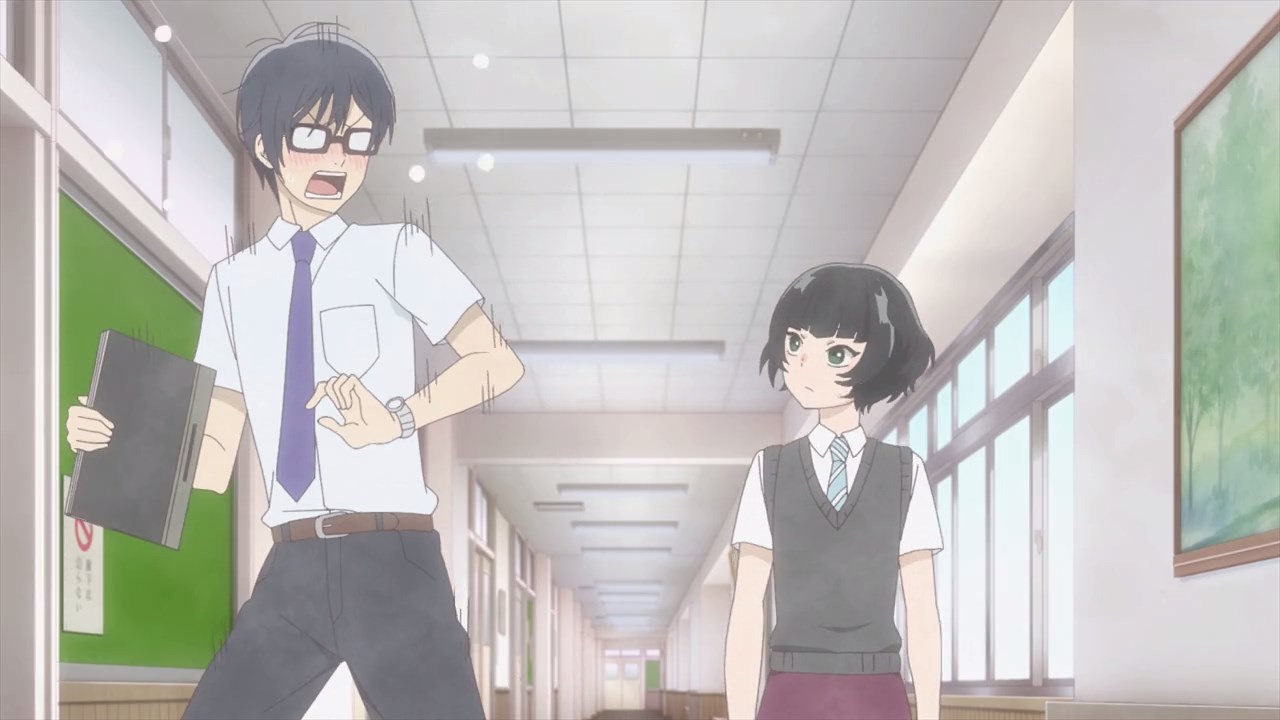 Of course, Yamagishi-sensei told Hitoha that he haven’t dated Tomita-sensei yet. But on second thought, he might not date Emi Tomita at all simply because a loser like him can’t love a born winner like Tomita-sensei.

Because of that, Hitoha Hongou asked Tomoaki Yamagishi to have sex with her. And this time, she won’t take no for an answer but I wonder if Hitoha has the resolve to give up her virginity. 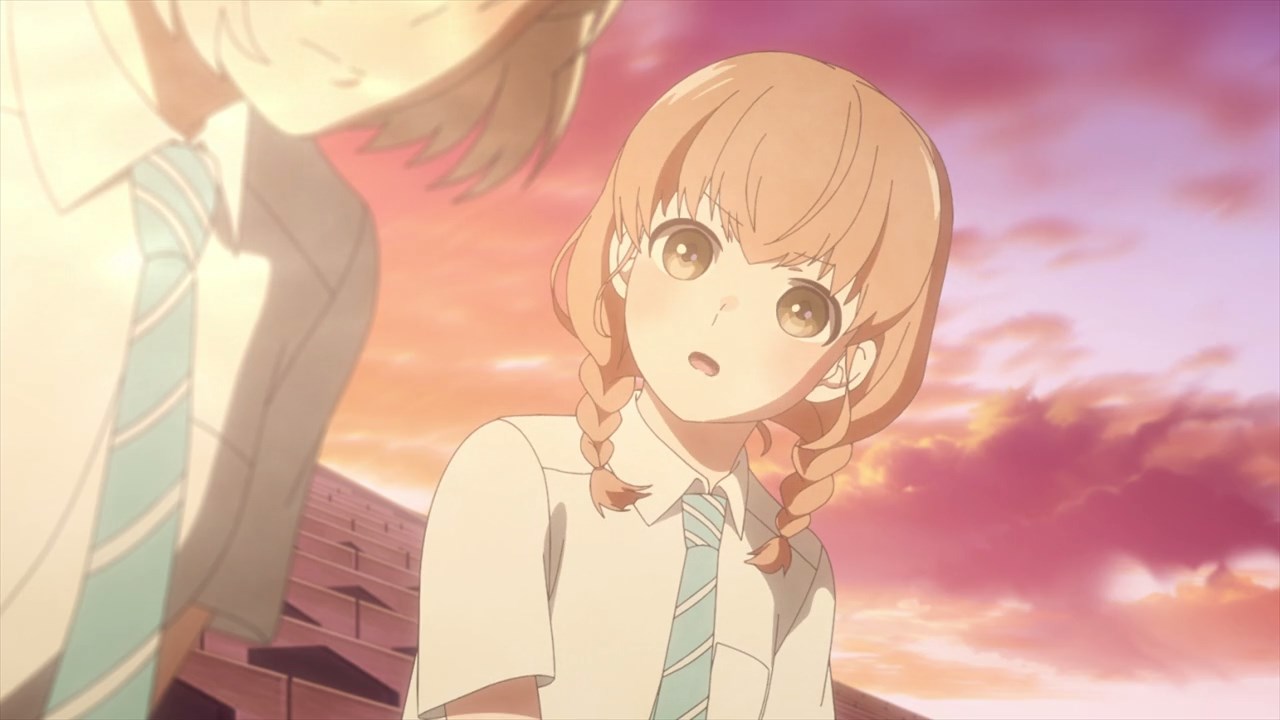 Moving onto Niina Sugawara where even though Izumi didn’t chose her, she’s still obsessed towards Norimoto that Momoko Sudou is worried about it.

Thus, Momoko tries to stop Niina from getting her hands on Izumi-kun and ruining their friendship. 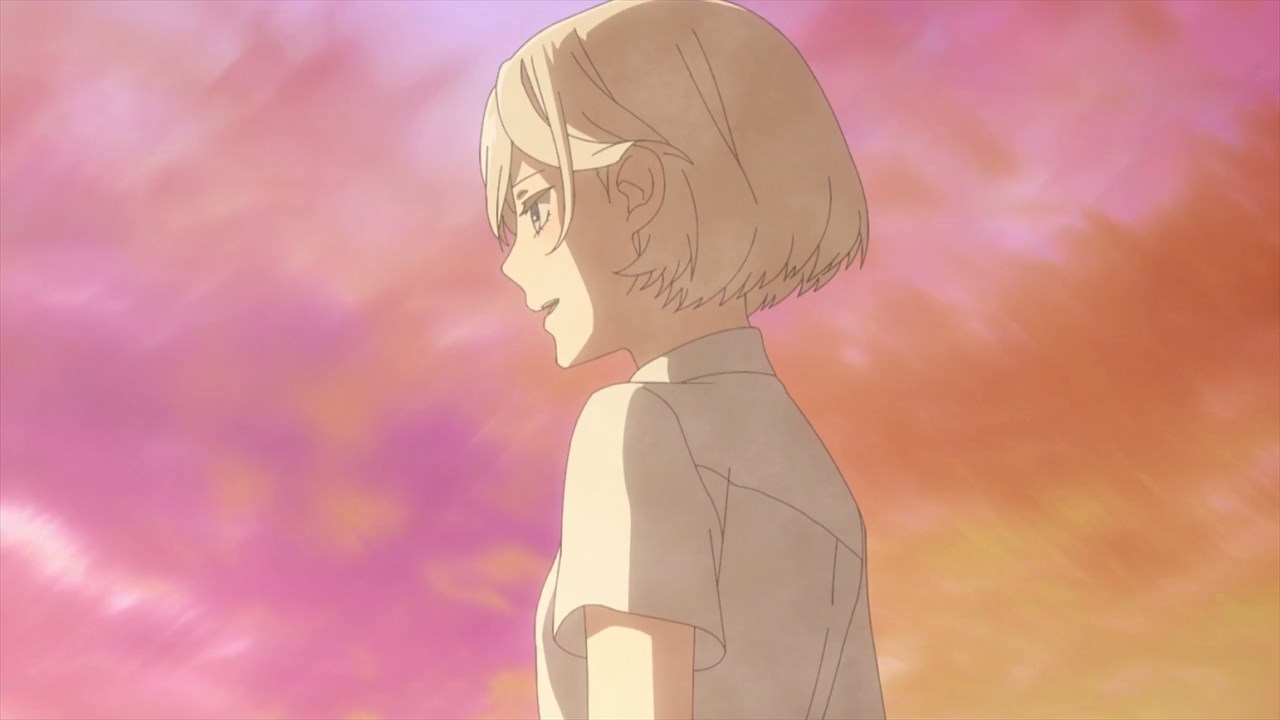 Unfortunately for Sudou, Sugawara can’t be stopped as she won’t get over it. And one more thing, friends can’t have sex with each other!

Um Niina, have you heard about friends with benefits as well as lesbian sex? 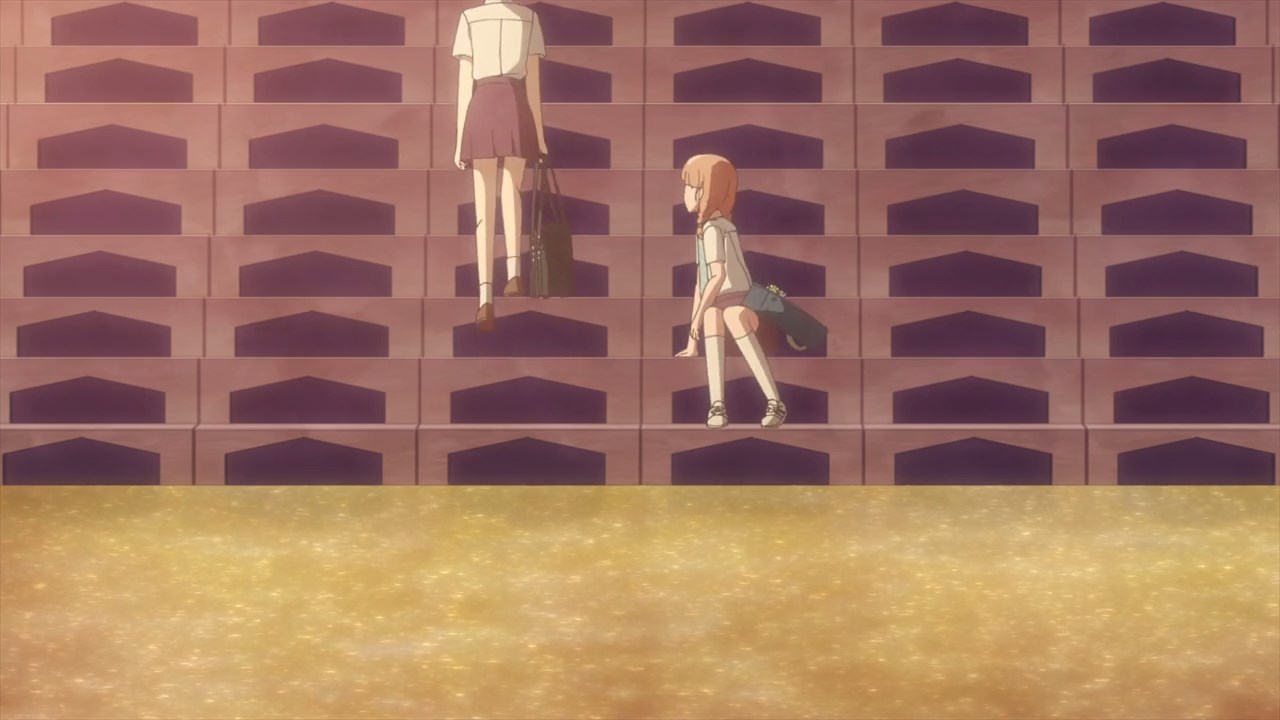 In any case, I feel that the Literature Club will be ruined if this love triangle gets worse, which everyone will get hurt afterwards. 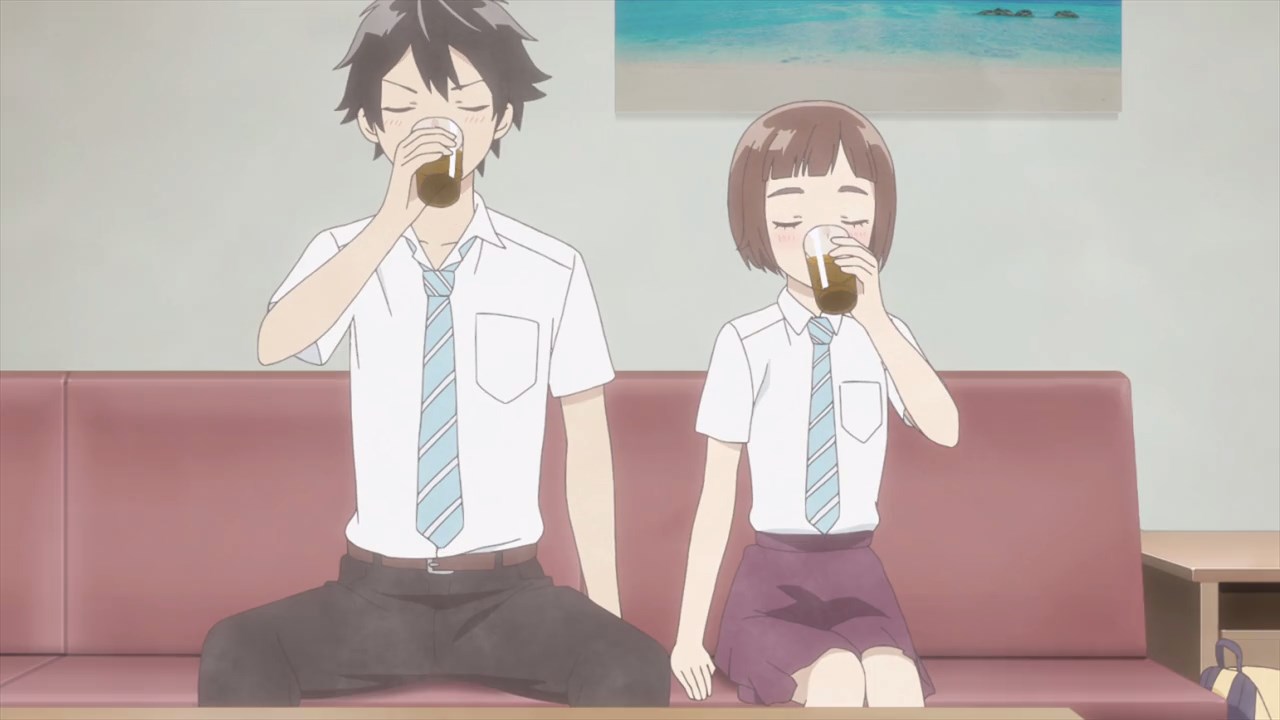 Now then, let’s move onto Izumi Norimoto and Kazusa Onodera where despite becoming an official couple, they’re still acting awkward towards each other even now. 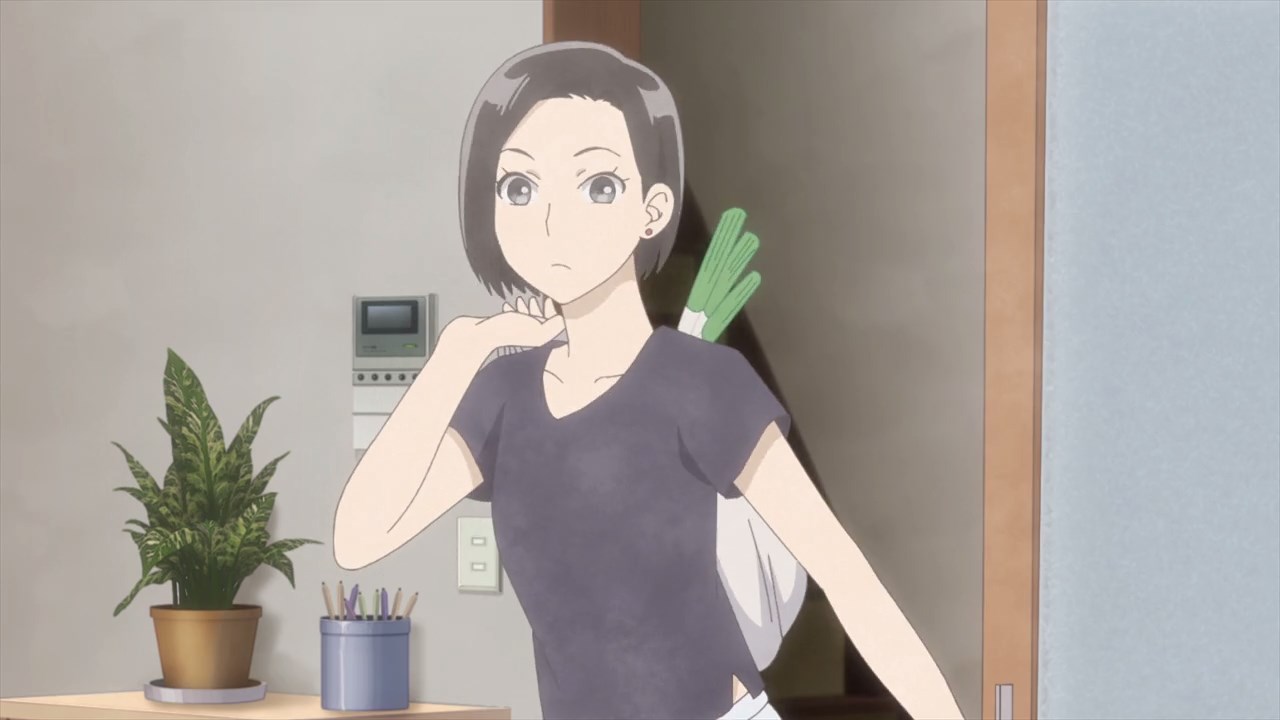 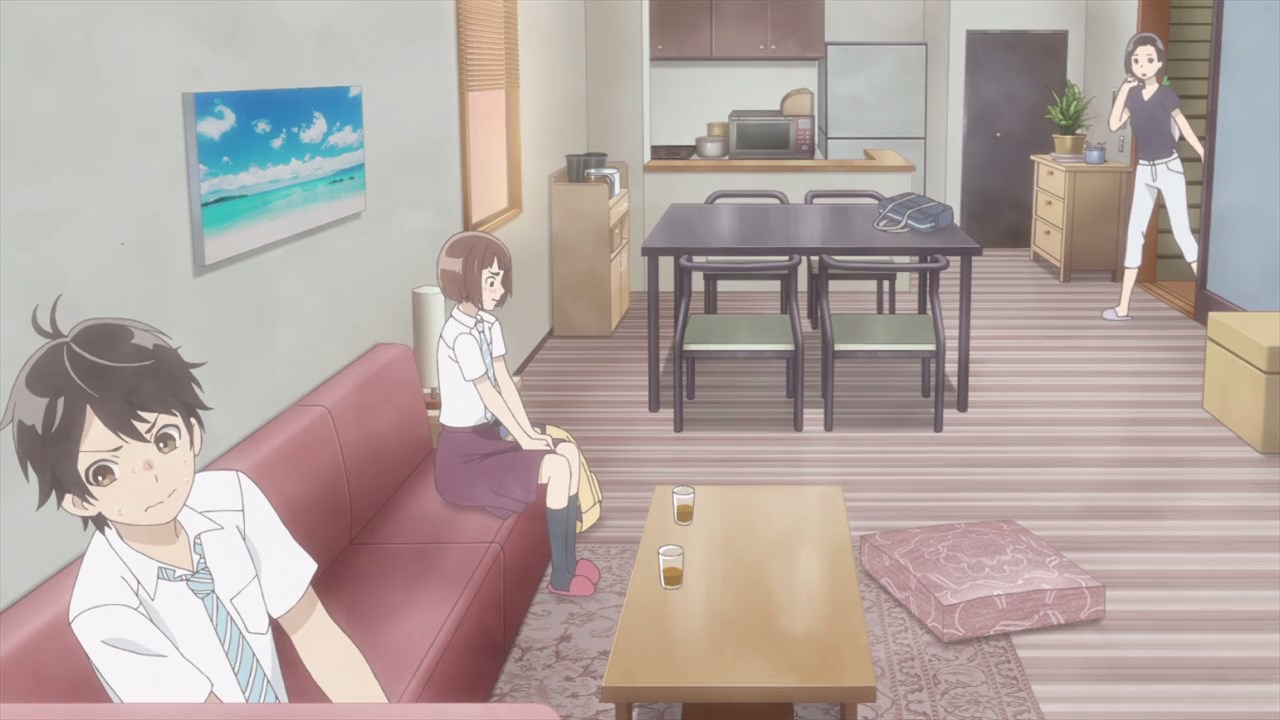 And as you can see, both Izumi and Kazusa are just acting like friends when a family member barges in. Man, both of you should stop acting like strangers and show how much you love each other! 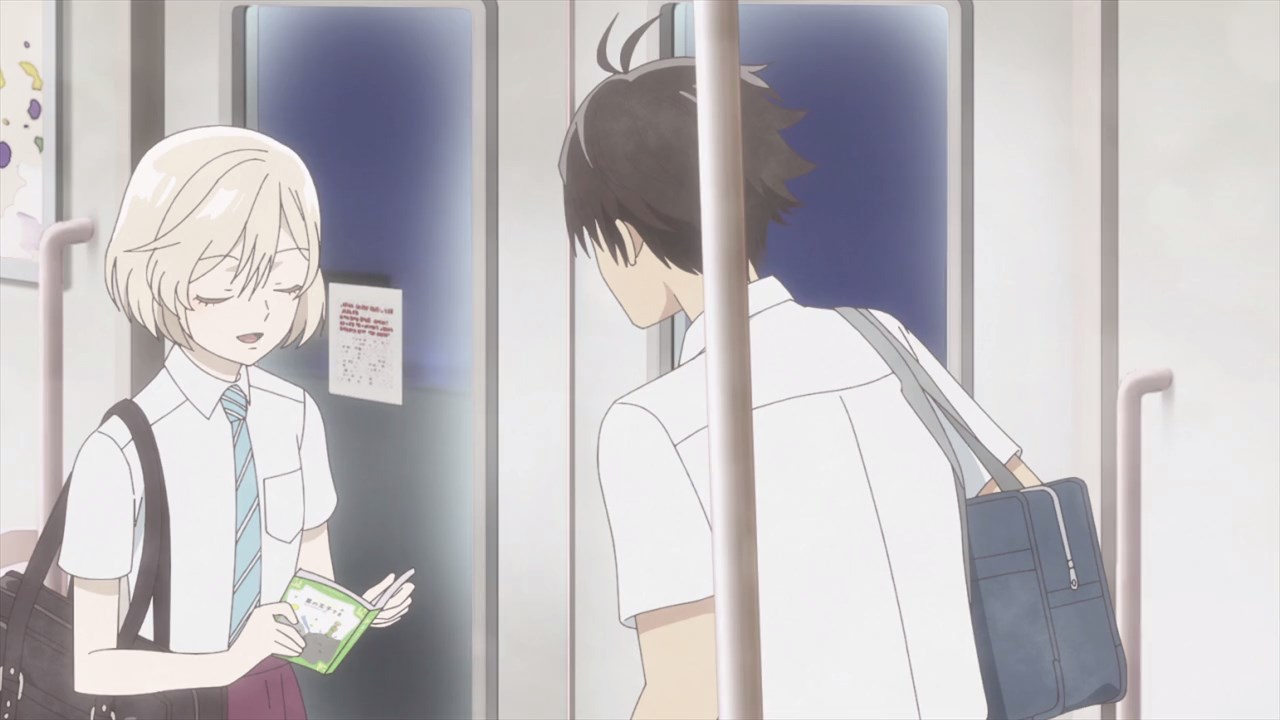 On the other hand though, Izumi Norimoto has no trouble speaking towards Niina Sugawara, although let’s not forget that she tries to take Norimoto at the cost of her friendship with Onodera. 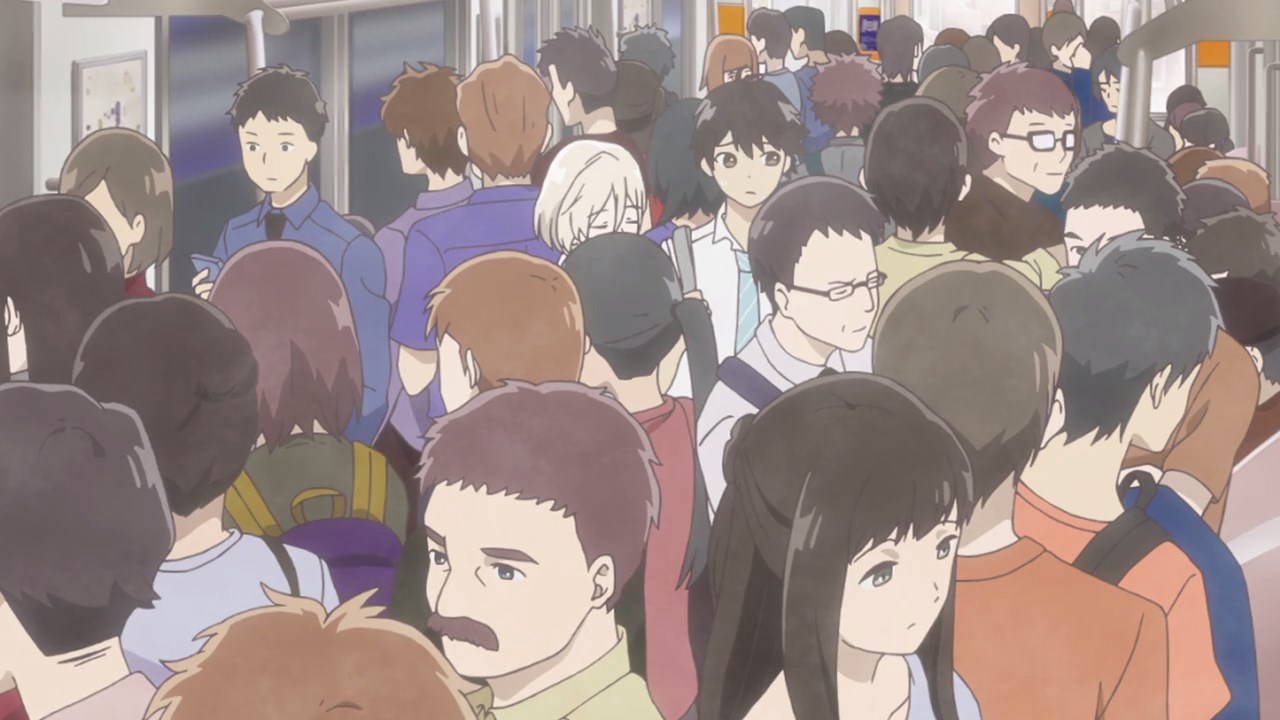 Now then, it appears that the train is getting crowded and there are some people who’ll molest Sugawara because of how beautiful she is. 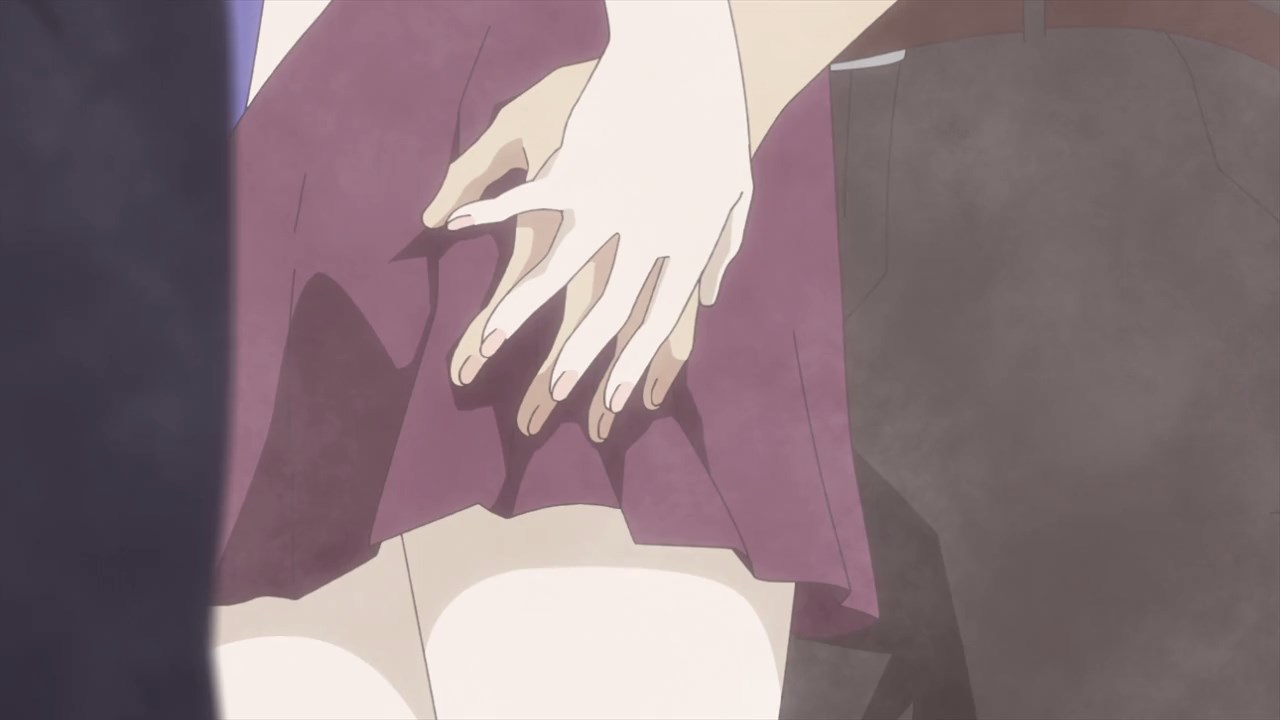 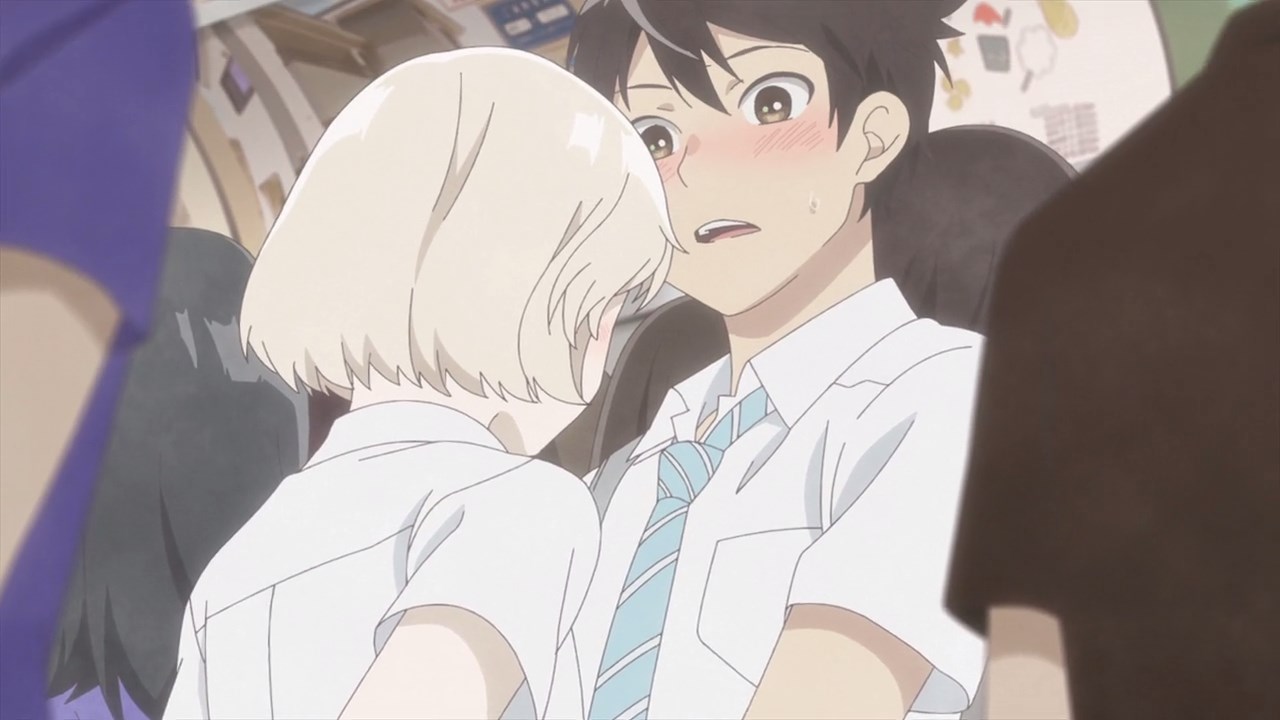 However, it appears that Niina wants Izumi to grope her butt instead of some random lech. Wow, Sugawara is pulling all the stops just to take Norimoto’s heart! 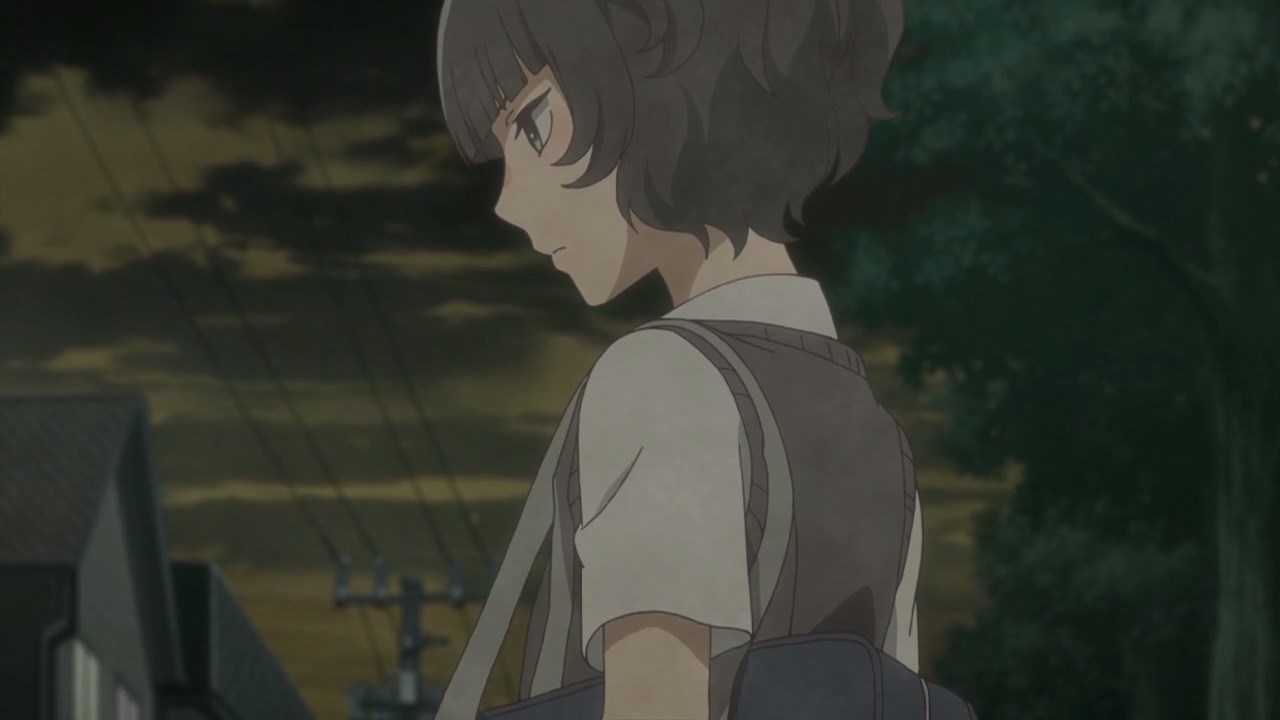 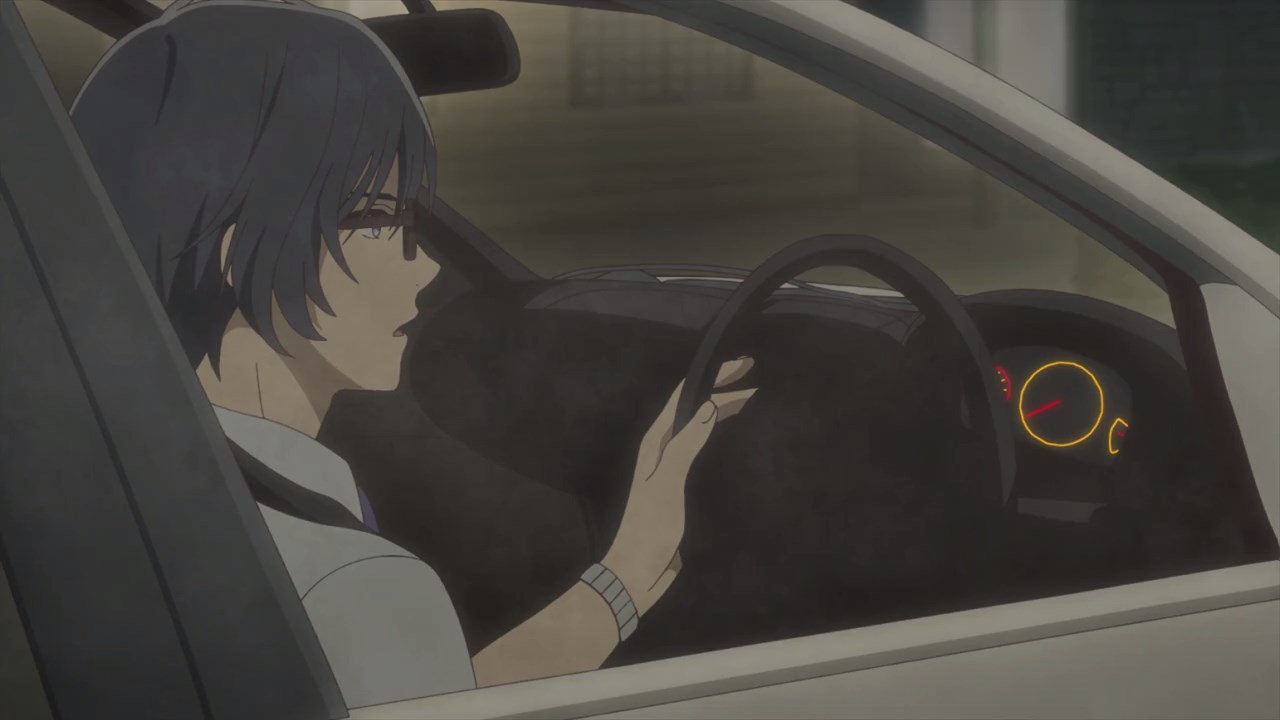 Of course, I’m worried that someone might see them, but here’s Yamagishi-sensei offering Hongou a ride to his house. But then again, does she have the guts to have sex with a teacher? 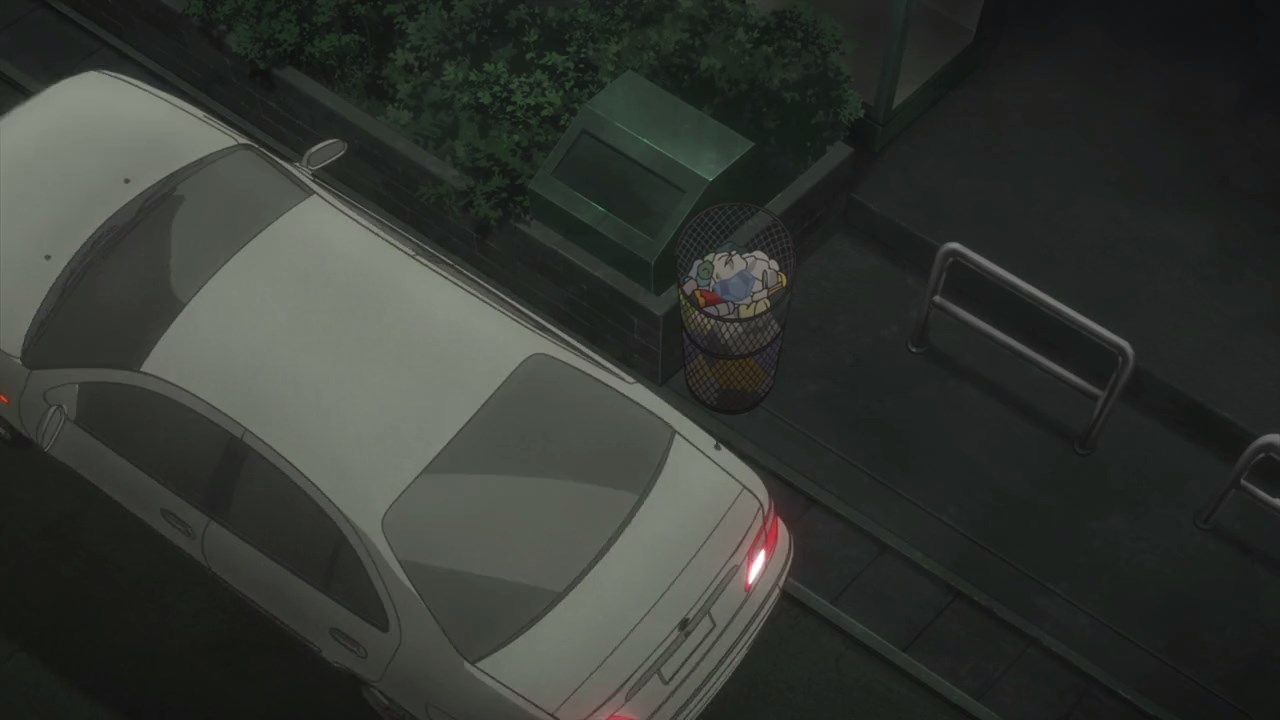 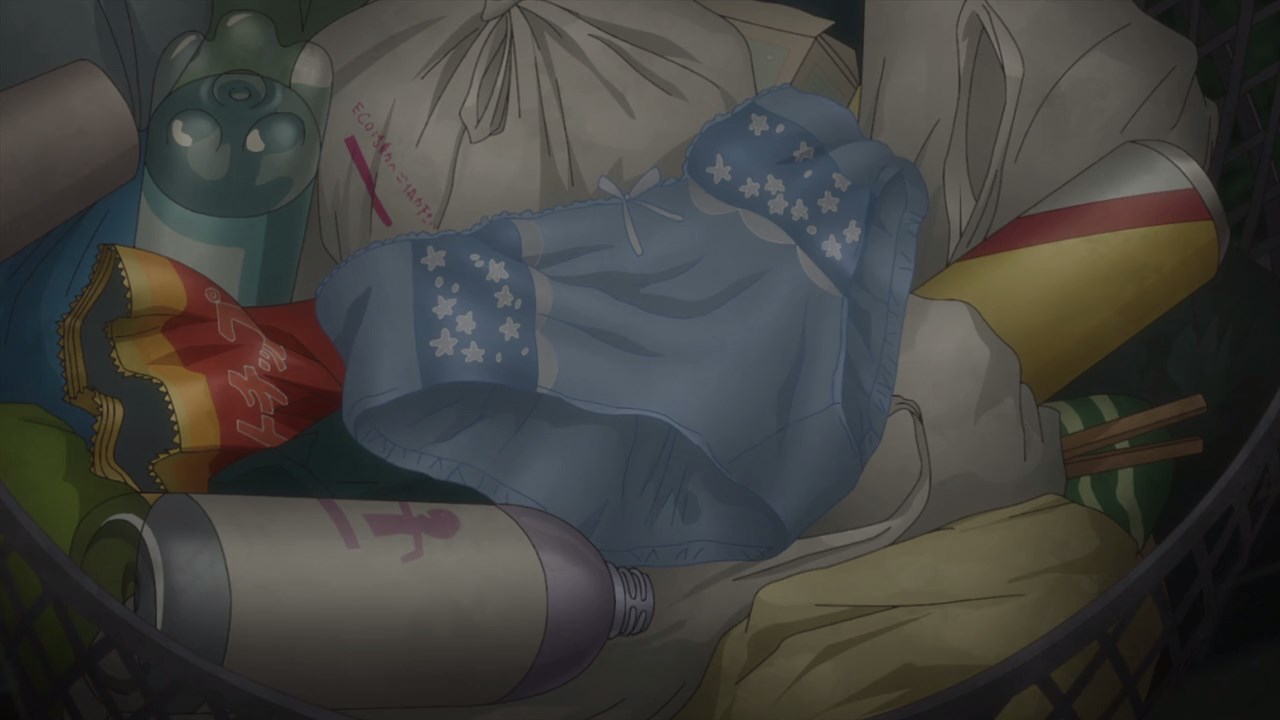 Well, here’s some proof that she really mean it as Hitoha Hongou throws her panties into the trash bin. Wait, she’s going commando!

Anyways, I can’t wait for the next episode, especially Hitoha Hongou having her first time in bed with Tomoaki Yamagishi. But as for Kazusa and the rest of the Literature Club, I’m not sure how will they move forward with their lives.